This post is about a visit to the Severin Fortress in Drobeta-Turnu Severin. It’s from the 13th century, and there isn’t much left of it.

Drobeta-Turnu Severin had an odd name. It was as if the town couldn’t decide which name to use and went with the hyphen.

Apparently, this was the doing of Ceaușescu, the dictator who ruled Romania during much of the second half of the 20th century. He had bestowed the ancient Roman – or rather Dacian – name of Drobeta to the town of Turnu Severin. It was as if Paris had suddenly been renamed to Lutecia-Paris, or if New York became New Amsterdam-New York. All in the name of national myth-making.

I went to look at Severin Fortress. It was from the 13th century, and it seemed unclear who had initially built it, probably the Sovereign Military Order of Malta. The Hungarians had held it, and so had the Romanians. The Ottomans had raided it again and again, and today there was not much left of it besides some ruins.

I walked around in the fortress for a while. It seemed to be in better shape than the Fetislam Fortress on the other side of the river. There was a cube in the middle with a glass front and some exhibits, among them some traditional outfits that seemed to reveal a charming amount of side boob.

And, for good measure, there were some torture instruments on display.

I was still unsure how to cross the Carpathian mountains, and I had recently found out that I could not buy my medication in Romania, which meant that I would have to go to Serbia and buy it there. 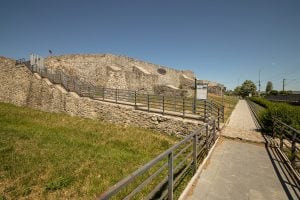 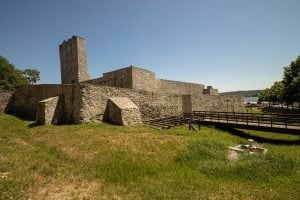 ruins of the Severin Fortress 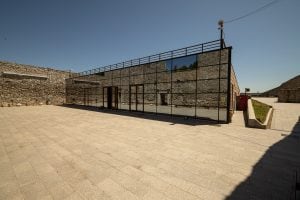 exhibition hall in the fortress 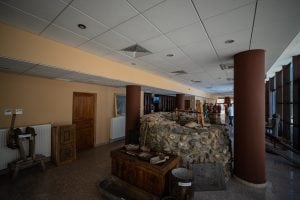 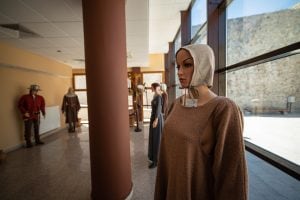 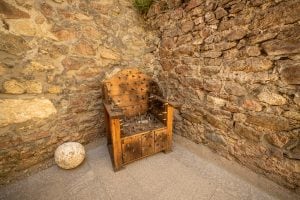 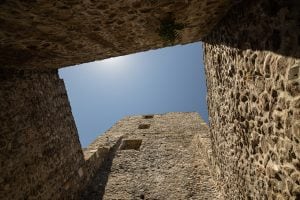