This post is about a 20km walk from Salaš to Negotin. I see a monastery and meet Bojan, owner of the Base Camp for Adventurers.

Today it wasn’t a bird that woke me up. It was a group of farmers. They had come to a field next to where I was camping to start their workday. We talked for a little while.

They were planting something that looked like some sort of root. It was hard work, and they complained about pains in their backs and arms. Some of them had been to Germany and knew a bit of German. They were Romani, and they invited me to have breakfast with them.

I was happy when one lady asked me for an aspirin. She had a headache and she somehow figured that I might have some medicine on me. She was right of course. I gave her a few aspirins, and I felt happy. It wasn’t often that I could offer anything to the people that I met on my journey.

Luckily the road branched off again after five or six kilometers. It started winding down into a thick forest, which was when I ran into Bojan. He had come on his bicycle to meet me. Bojan was a friend of Rajko and the owner of the Base Camp For Adventurers in Negotin, a guesthouse for bicycle tourists. He had come out to welcome me. Also, he had brought me a cold bottle of coke.

Boyan accompanied me to the Bukovo Monastery, then he went back to his guesthouse. I liked the monastery. It was small but well-kept, and parts of it were from the 14th century. There was a drinking fountain outside of its gate, and there was a large parking lot that was almost completely empty.

The place had serene feel to it until a car came and somebody got out and started filling up some canisters with water from the drinking fountain. Then another car came. And another one. And then a tour bus. It opened its doors with a farting sound, and a bunch of hyperactive tourists started swarming the place. It wasn’t quiet anymore, but I didn’t mind. I was one of the tourists.

There was a place in the monastery where you could buy candles and light them. I bought a few and lit them. Many of the other tourists did the same.

And then, as soon as the tour bus had left, a priest in a black robe went and pulled out our candles one by one, throwing them into a container. “Why are you killing the candles?” I asked him. “We don’t have enough space,” he replied, “another tour bus is scheduled to arrive in a half hour.”

walk from Salaš to Negotin 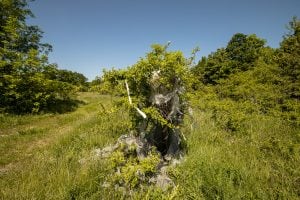 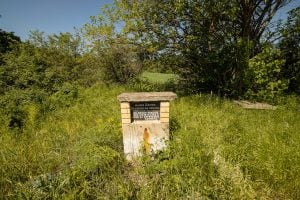 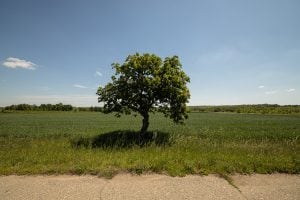 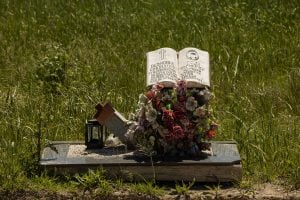 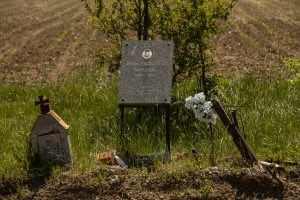 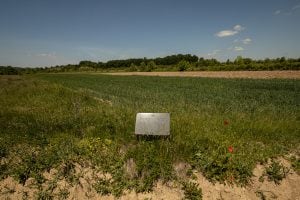 so much death on this road 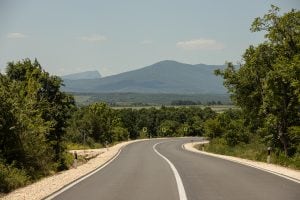 the road to walk from Salaš to Negotin 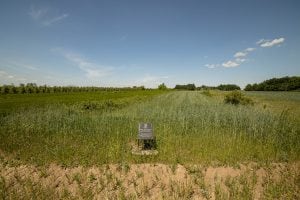 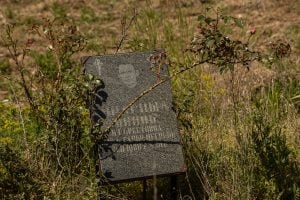 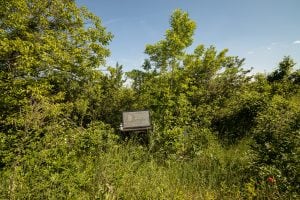 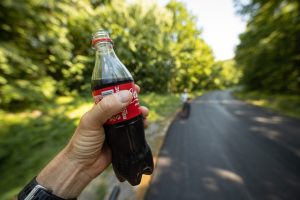 a cold bottle of coke from Bojan 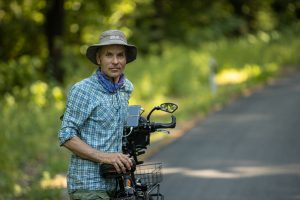 Bojan from the Base Camp for Adventurers 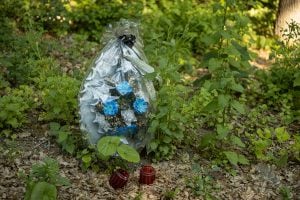 I am tired of all the deaths 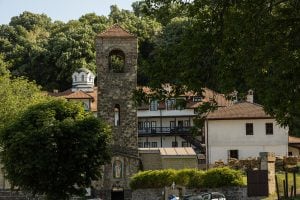 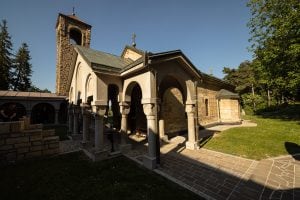 chapel of the Bukovo Monastery 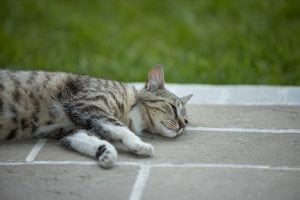 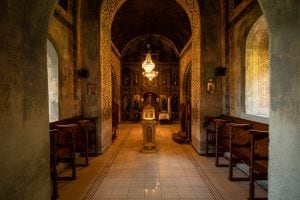 inside the chapel of the Bukovo Monastery 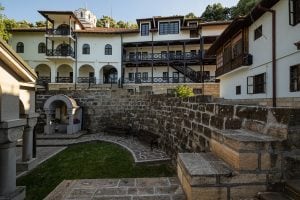 yard of the Bukovo Monastery 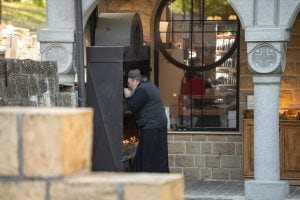 blowing out the candles 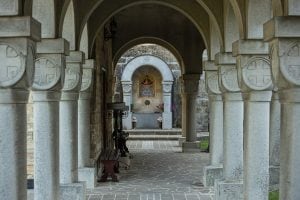 pillars in the Bukovo Monastery 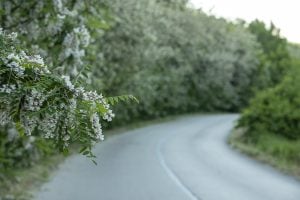 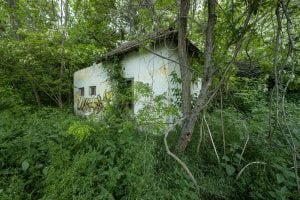 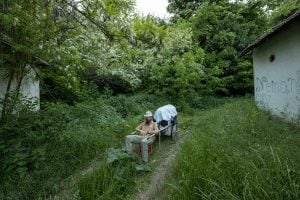 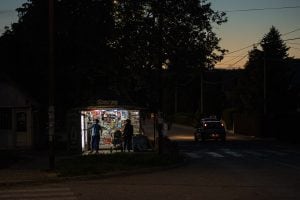 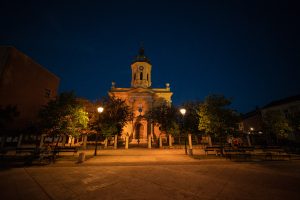 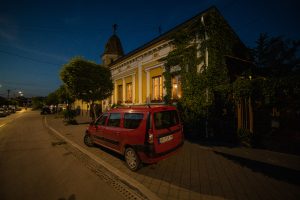 Base Camp for Adventurers in Negotin

Day 552
from Salaš to Negotin