This post is about a 24km walk from Rgotina to Salaš. I walk on quiet roads during the day and under the moonlight during the night.

Through the power of the comment section on Youtube, I later learned that the bird was a Eurasian hoopoe.

The road was quiet, and it went up and down in long, winding slopes all day. I saw many bee boxes in the fields. Each time there were about a dozen of them, like colorful little squares lined up next to each other, containing tens thousand bees each.

The villages were quiet, too, but there was something uneven in the way they presented themselves. Some of the houses were very nice, with meticulously well-kept gardens and shiny cars in the driveways. Others were falling apart, the gates locked, the gardens overgrown, the windows showing nothing but darkness inside. Those buildings that looked abandoned sometimes had obituary notes fastened to their gates.

I got my water from public drinking fountains. Almost every village had one in a square in its center, often under a tree. Not all of them were functioning, but there were enough of them to make it work.

As the sun went down, I filled up my bottles in a village bar, took a selfie with the people who were drinking there, and kept walking. The moon was almost full, and because I had a hard time finding a place to pitch the tent, I walked in the silver moon light for a while.

walk from Rgotina to Salaš: 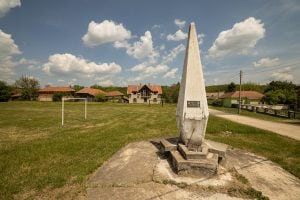 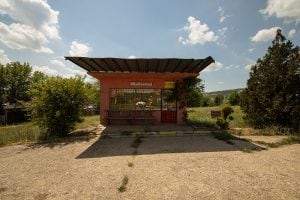 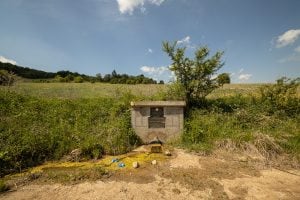 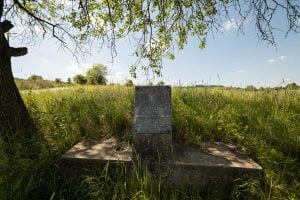 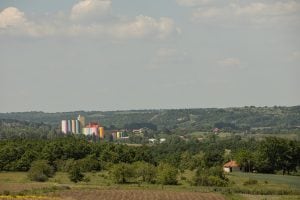 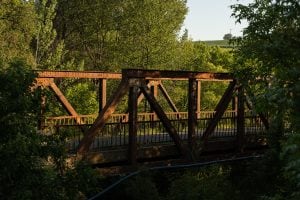 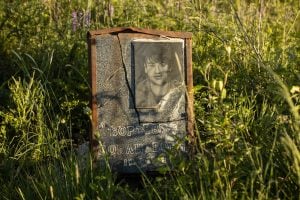 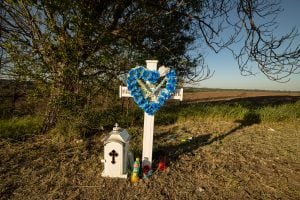 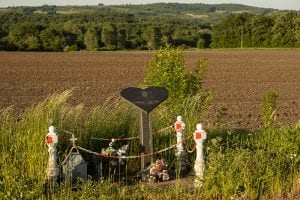 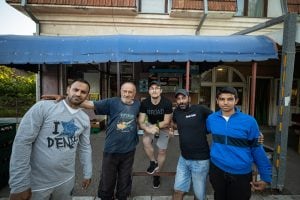 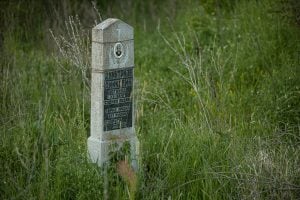 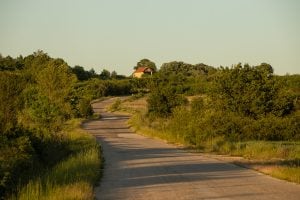 the road from Rgotina to Salaš 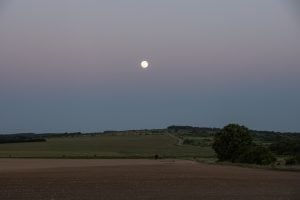 walking in the moonlight 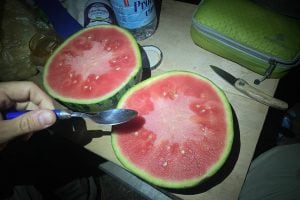 Day 551
from Rgotina to Salaš