This post is about a 11km walk from Zaječar to Felix Romuliana. I take a mean shortcut that leads me to the grave of a Roman Emperor.

I’ve decided to take a detour. There are some Roman ruins west of here, and they look pretty interesting. They’re called Felix Romuliana, and they house the grave of a Roman Emperor.

It takes me about an hour to get to a village called Zevzdan.

There’s a small shop and a man standing in front of the shop. The man introduces himself as a writer. His name is Dragan Simic, and he gives me one of his works. It’s a collection of aphorisms that I don’t understand because they’re in Serbian.

He also gives me some advice: I don’t have to take the main road to the Roman ruins. There’s a shortcut through the forest.

I take the shortcut and it turns out to be a forest path with a steep incline. It almost breaks my balls. But once I get to the top, breathing heavily and cursing the mosquitoes of the forest shade, there are two large grave mounds. They belong to Emperor Galerius and his mother. There are no other people around. Just me and the Emperor and his mom.

I wonder why no other tourists have bothered to come up here. Maybe it’s because the grave mounds are a bit of a distance from the rest of the ruins, and they’re uphill. I’m glad that the shortcut led me here.

And so I sit in the shade of one of the mausoleums and have my lunch. Then I pick a flower petal and hold it up against the sky – it is bright red, and it seems to be glowing in the sun.

the walk from Zaječar to Felix Romuliana 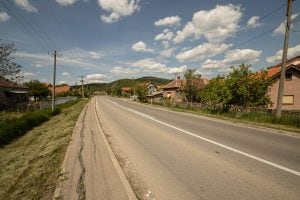 the road to walk from Zaječar to Felix Romuliana 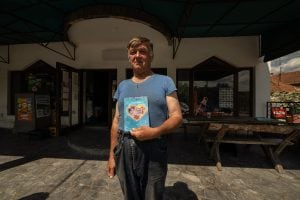 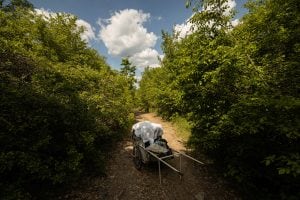 the Caboose on the short cut 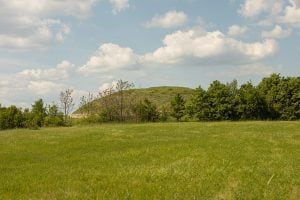 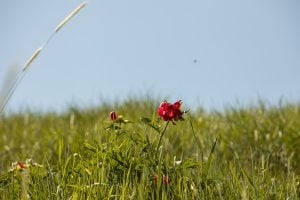 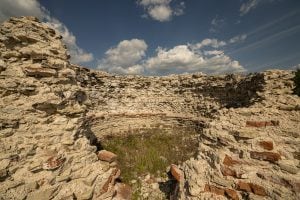 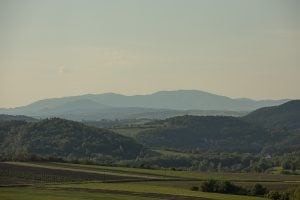 the view over the mountains 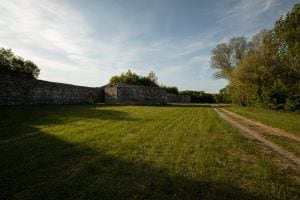 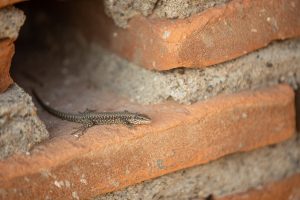 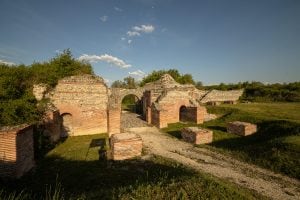 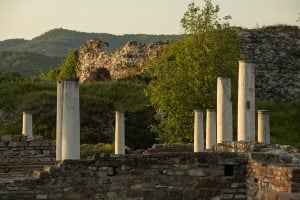 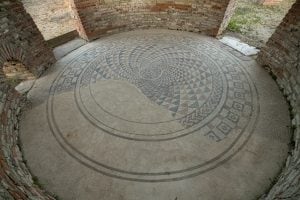 Day 548
from Zaječar to Felix Romuliana