This post is about a 25km walk from Knjaževac to Vratarnica. The wind is a bit strong, but in the end there is a nice deer stand.

I said goodbye to the people at the hotel and started walking. Both the map app and the weather app said that the day was going to be easy. No uphills, no downhills, no rain, no drama.

When I noticed a little church on the roadside I stopped and went in. There were no people inside, but it was cramped with stuff. I saw a painting of the last supper on one side and a large picture of St. George on the other. He was on a horse, wearing blue leggings, and he was lancing a dragon that vaguely resembled a turtle. I also saw some food offerings and some Easter eggs on a table.

Outside I noticed a monument from Yugoslavian times. It seemed to be dedicated to the dead of the World Wars, and it looked very Soviet, hammer and sickle and all.

the wind and the deer stand

The road really didn’t have many uphills or downhills, but it still wasn’t easy. The wind became stronger and stronger, and at one point I had to put on my jacket. Also, there was a lot of construction everywhere.

I pulled the caboose through the wind and the dust until I reached a place where I could see an abandoned house in the distance. I took a dirt path to the house, but it turned out to be unsuitable for camping. Too dirty and not enough space.

But there was a nice-looking meadow behind an orchard behind a solitary house. It looked like a very good location to camp. When I noticed a deer stand in a tree I climbed up, but once I reached the top I got scared of the height and quickly went back down. 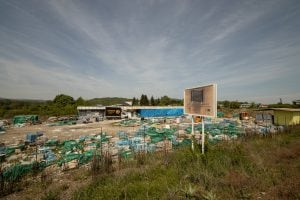 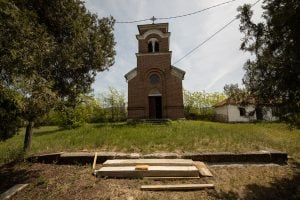 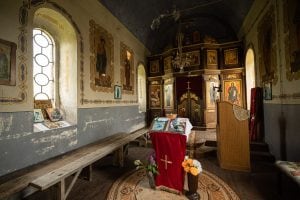 inside the church of Gornje Zunice 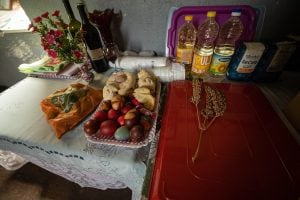 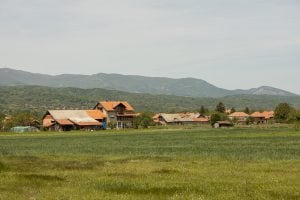 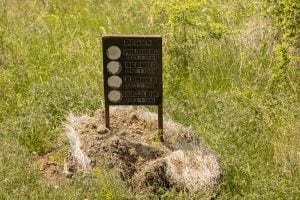 I think this is a memorial to a family 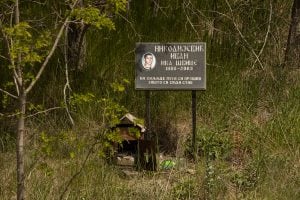 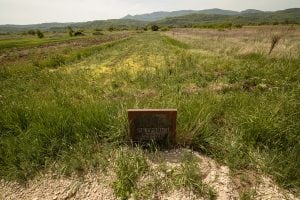 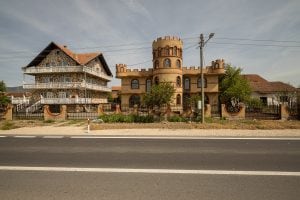 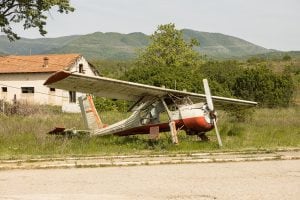 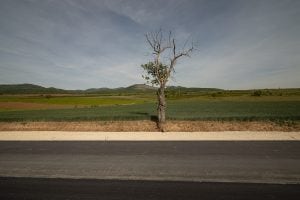 tree soloing it on the road 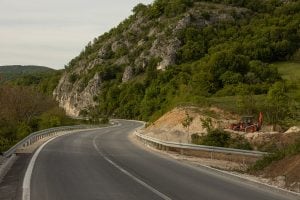 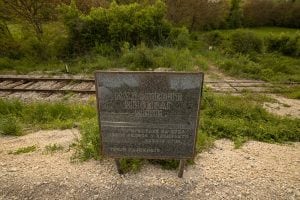 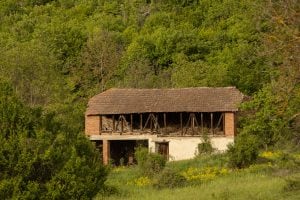 is this a stable? 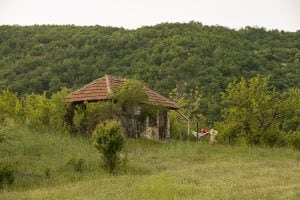 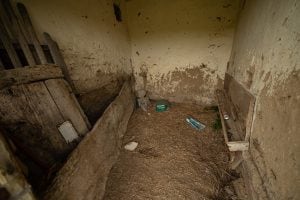 inside the abandoned building 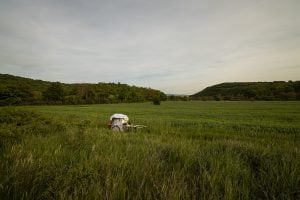 the Caboose in the fields