This post is about a 33km walk from Republika to Dragoman. The road is bad at first, but then it gets easy, and I run into a few cyclists.

The road started out bad. It was very narrow and very busy, and I had to navigate around a lot of water left from the snow the day before. It only got better when I reached a village. Suddenly there were stores and a sidewalk, and I saw a tree that was decorated for Easter.

In the Orthodox part of the world, Easter was going to come on the following weekend.

I went to a store and bought some supplies, and then, after the village, the road merged with the highway again. And again it was loud and busy, and again there was no shoulder to walk on. I did not approve.

The situation only got better after a few hours, when I noticed that a little road was branching off of the highway. It wasn’t a good road – there were potholes in it, and on some stretches it had cobblestone pavement. But I loved it. There were no cars on it, and I felt that I could finally breathe again.

This was when I ran into my first cycle tourist in a while: Robert from Germany. He had biked here from Vienna in nine days. Nine! I was unable to fathom it. Yes, Vienna, I wanted to go there, too, but at this point I didn’t even dare to think about it. It felt just too far away.

A little while later I ran into Laura and Max, also from Germany, also on their bicycles. They wanted to go to Iran. They had three months left. I told them about how awesome Georgia was and that Iran was great to visit and that it was all going to be so much fun.

When I got to the town of Slivnitsa, I looked for a cheap guesthouse that I had seen on the map. It didn’t exist anymore. The town seemed dusty, as if it had been asleep for a while. I found a roadside pizza stand and got two slices, watching in horror and awe as some kids slathered theirs with epic amounts of ketchup.

Then I continued walking.

There didn’t seem to be any good places to camp near the road. There were some ruined buildings, but they didn’t look safe. I ventured off into the fields once, but it turned out to be a mud pit, and so I dropped the idea.

And so I walked all the way to the next town called Dragoman.

It was there, in the silent embrace of the night, when I was trying to take a photo of myself walking under the street lights, that I ran into Anthony, Sofian, and Max. They were from France, and they were planning to ride their bicycles all the way to Singapore. I told them about Georgia and Iran, and also about Gojira. Because metal.

They helped me take my picture.

the walk from Republika to Dragoman: 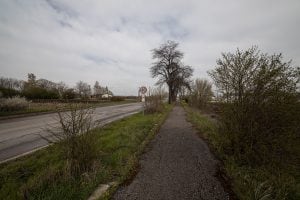 the road from Republika to Dragoman 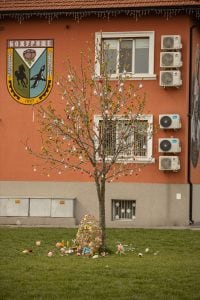 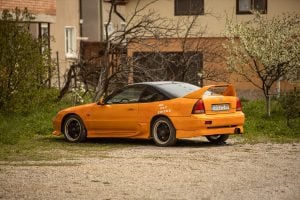 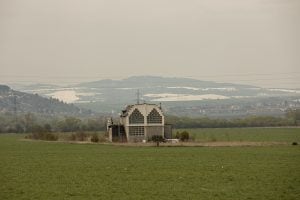 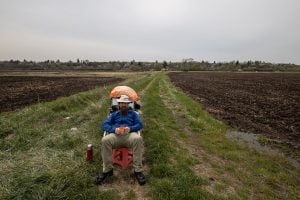 lunch break near the highway 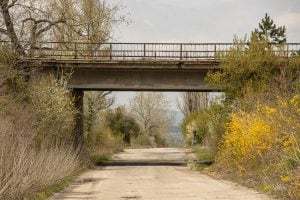 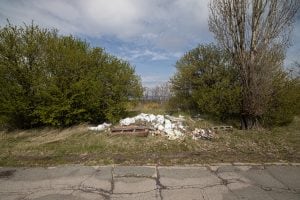 trash piles in many places 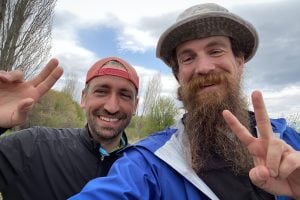 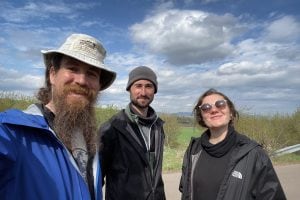 Laura and Max from Germany 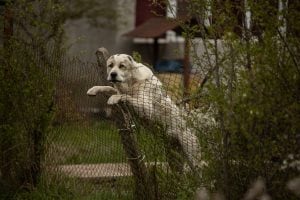 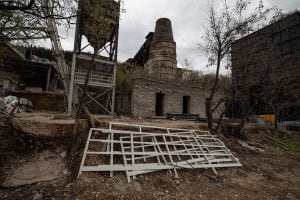 a guard told me this was a century old 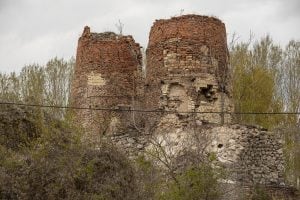 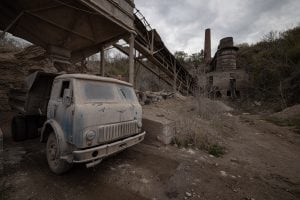 I’m not sure what they make here, cement maybe? 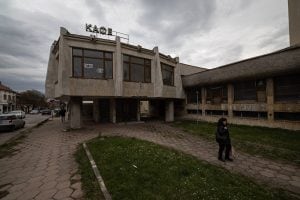 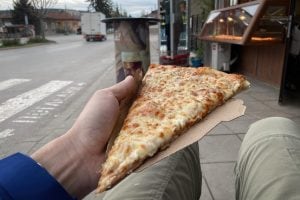 slice of pizza in Slivnitsa 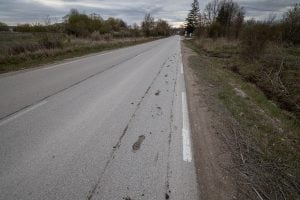 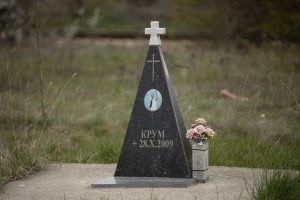 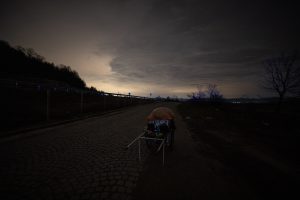 the darkness near Dragoman 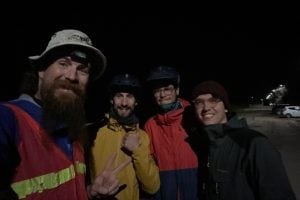 Sofian, Max, and Anthony from France 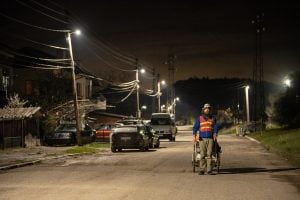 the Caboose and I in Dragoman

Day 536
from Republika to Dragoman