This post is about a day spent at the Eser Diamond Hotel in Canta. I do my laundry, use the sauna, and run into some sad airline passengers.

I decided to stay another day and wash my clothes. Washing took forever. I used a plastic bowl and some detergent I carried in a box, and at some point I opened a malt and tried to enjoy the process. It was alright.

The hotel was an enigma. It was so huge and in such a remote location, and it looked so fancy. Why was it there?

I quickly found out that the hotel actually wasn’t all that fancy. The rooms were nice and clean. But the hallway looked like a sixteen-year-old had been in charge of the lighting.

And then there were the facilities. On paper the hotel boasted of a sauna, a pool, and a gym. But when I went downstairs to check them out they seemed to be in different stages of neglect. I decided that the sauna looked clean enough to give it a try.

I was alone until a few dudes came in. They were wearing towels around their waists, and they stayed for only two minutes and then left. It all felt a bit awkward.

One thing that irritated me was that all of the spa facilities seemed to be for men only. From what I understood women could use them only once a week, at a designated time. This seemed to be somehow even worse than at an Iranian hotel I had once stayed at. There, women and men had each had their own individual pool – they had been separated. Here, women were basically just excluded from the fun.

I understood the hotel a bit better when I saw the other tourists in the breakfast hall. Or rather: when I saw the stranded international passengers who were shuffling around, looking worried. Apparently at least one large airline had a contract with the hotel. Every now and then they would ship busloads of passengers whose flights had been cancelled to stay for a night or two. Or for however long it was going to be.

And so the breakfast hall was a miserable sight. I ran into one couple who told me their flight home had been cancelled four times, and that they had slept at the airport before finally being brought to the hotel. “And where did you want to go?” they asked me.

I want to be here, I answered, and they looked at me as if I was making a rather lame joke.

There are many balconies like it but this one is mine: 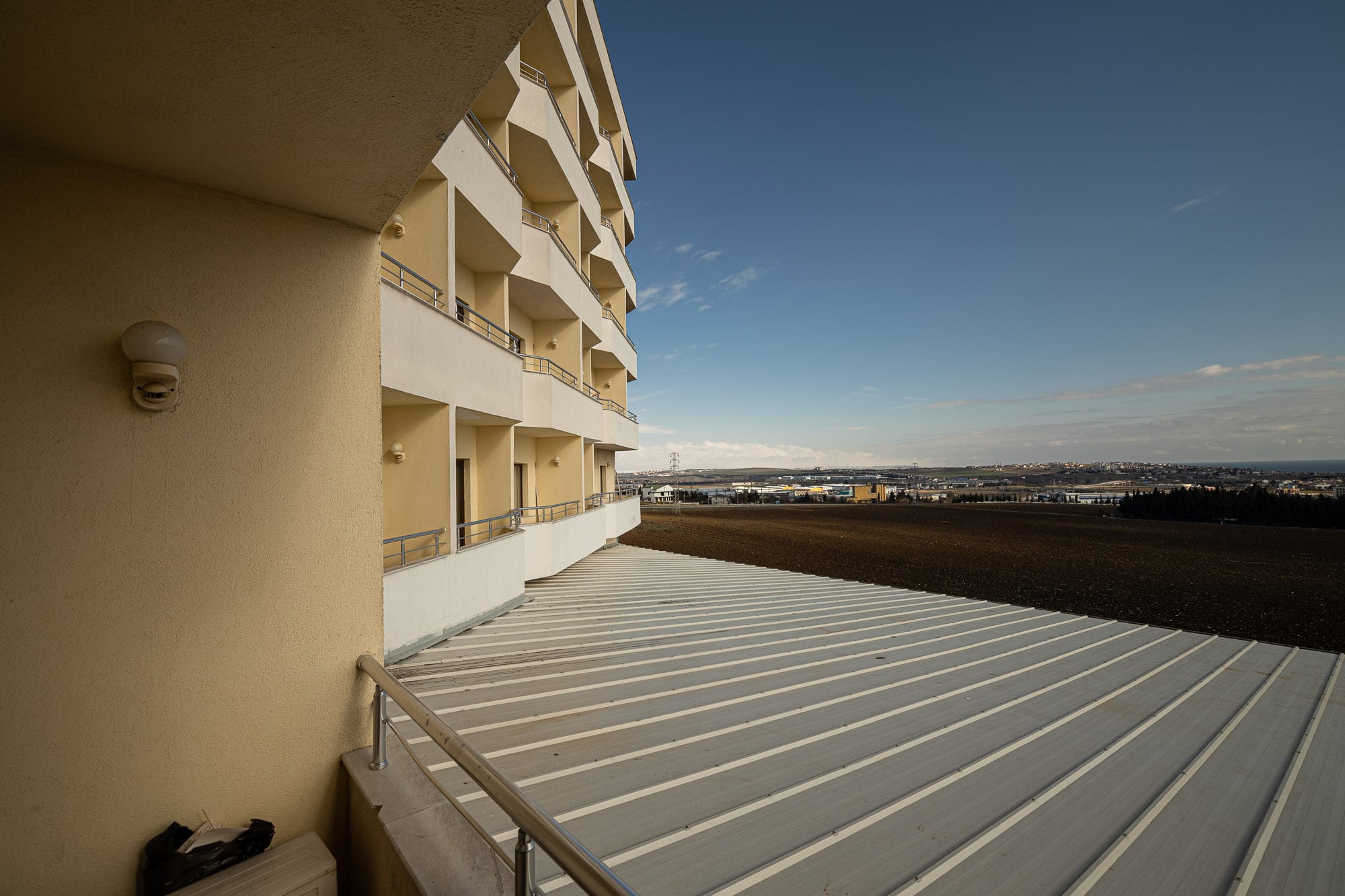 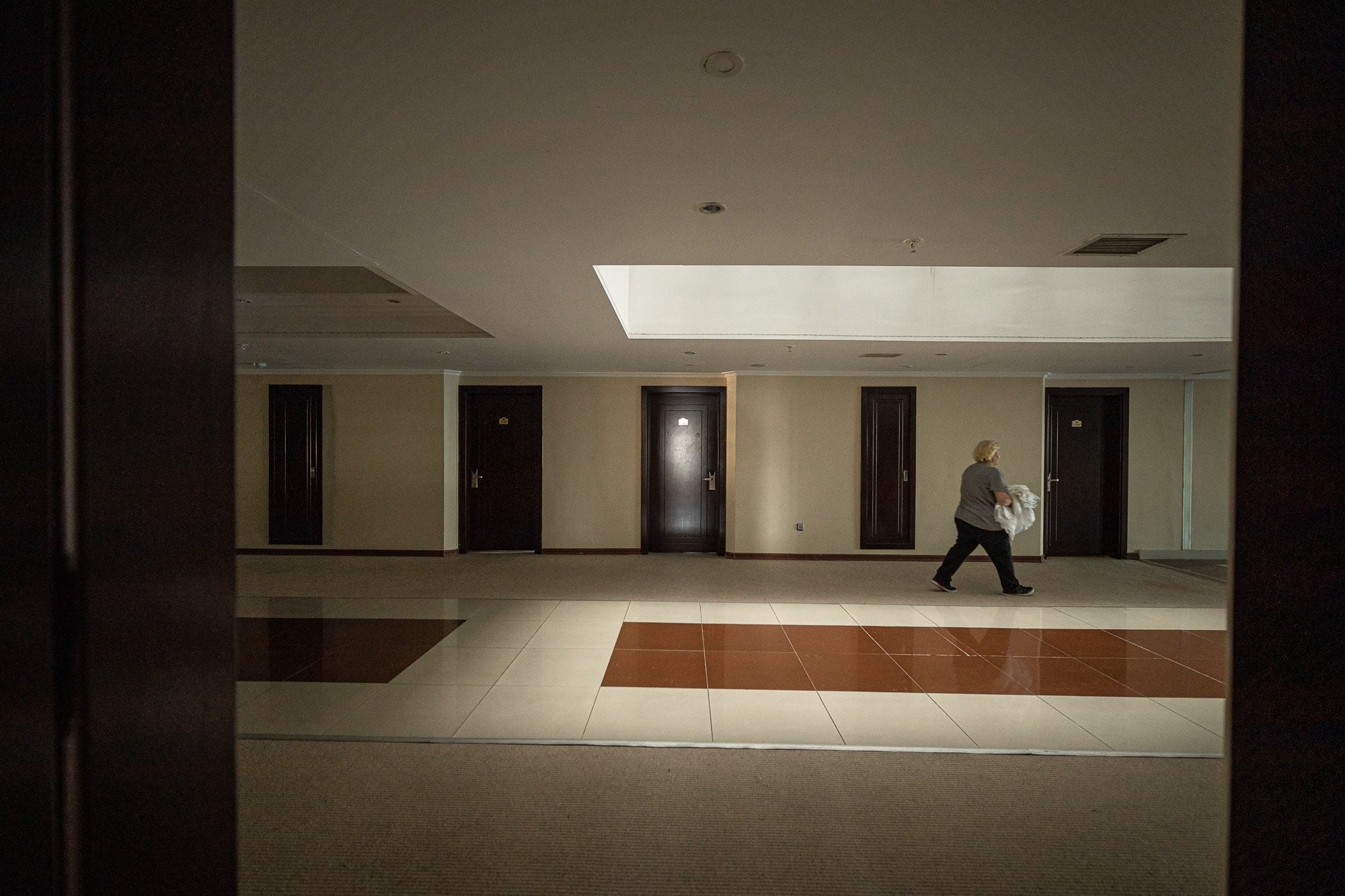 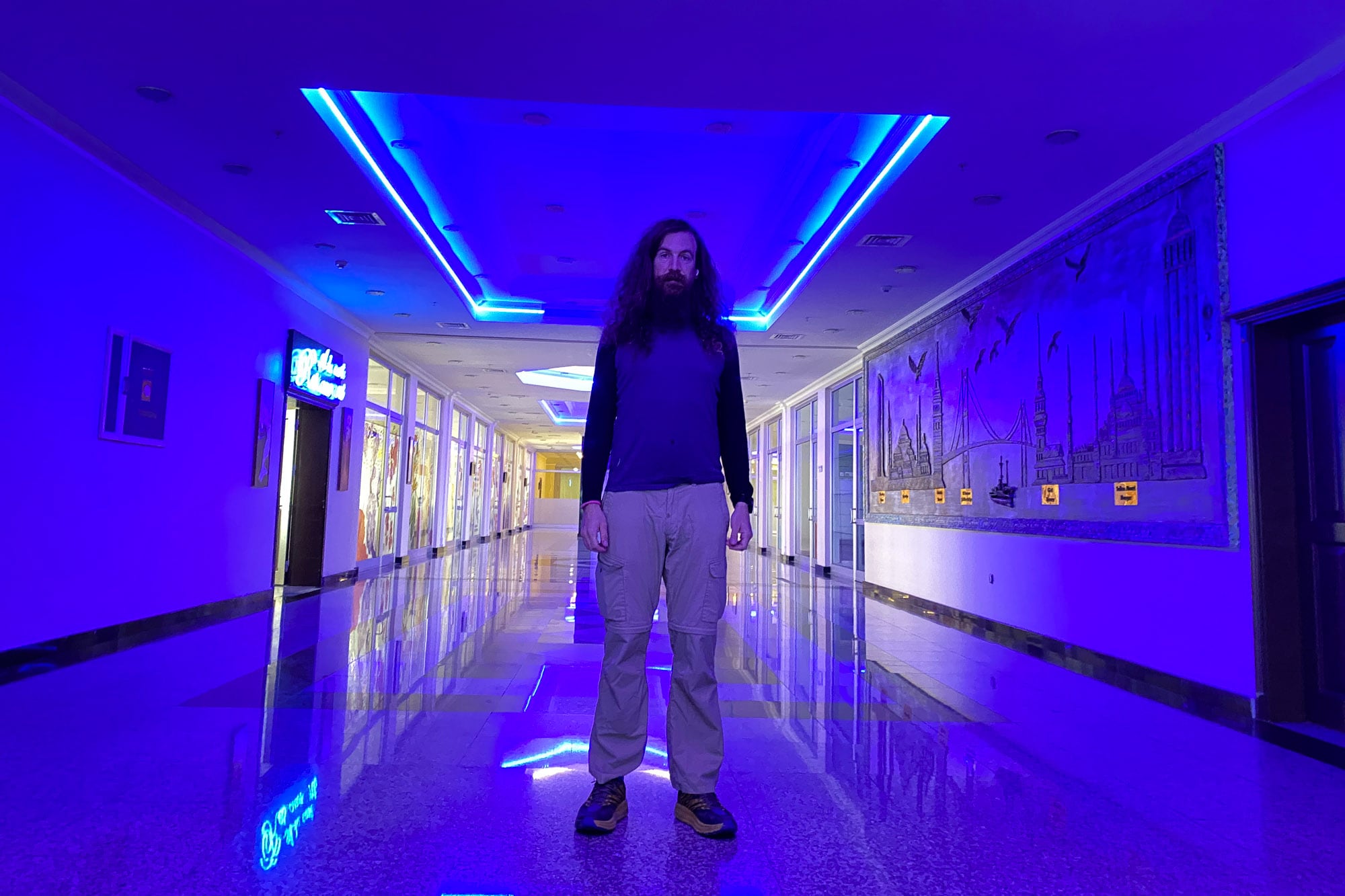 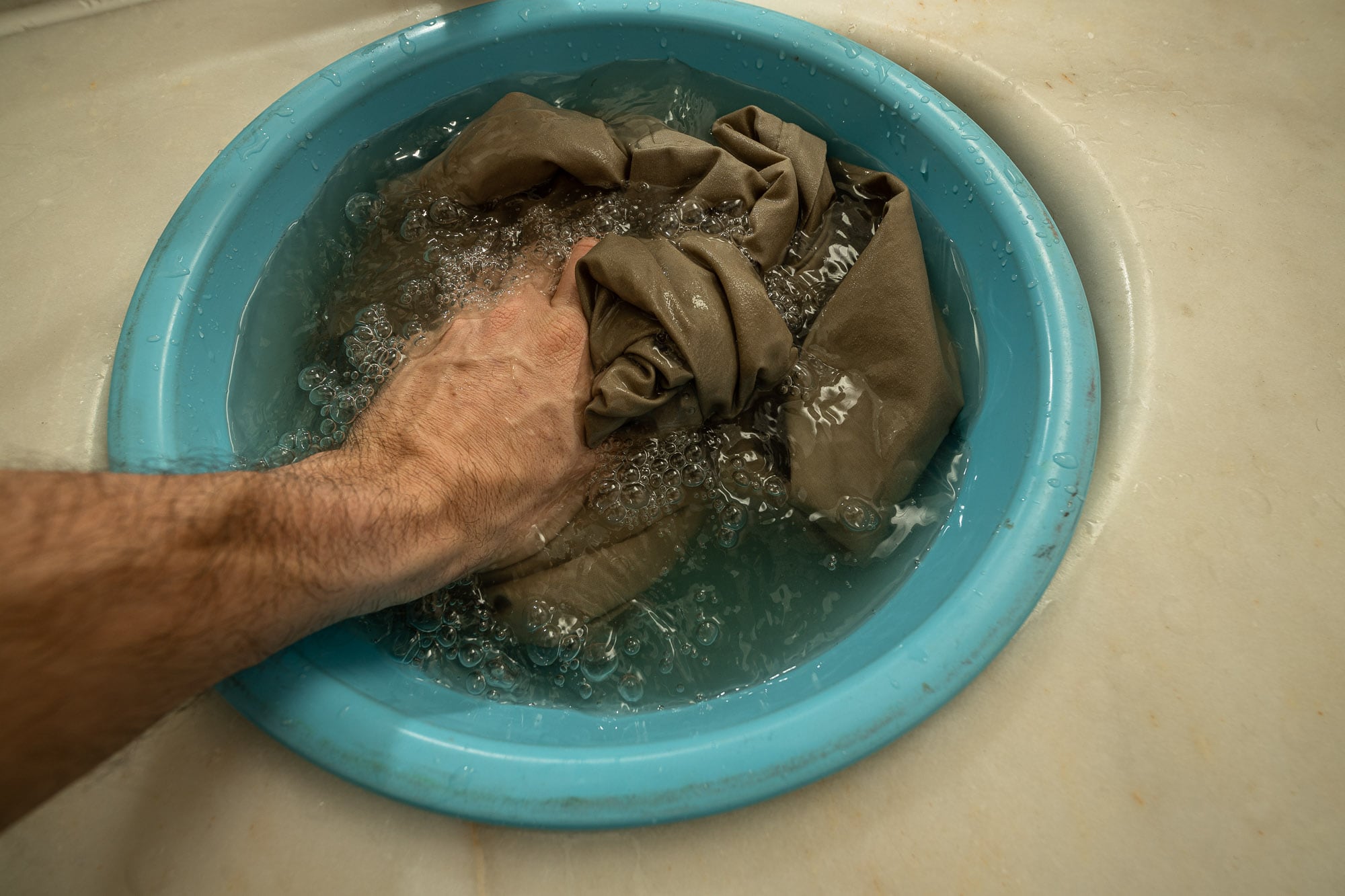 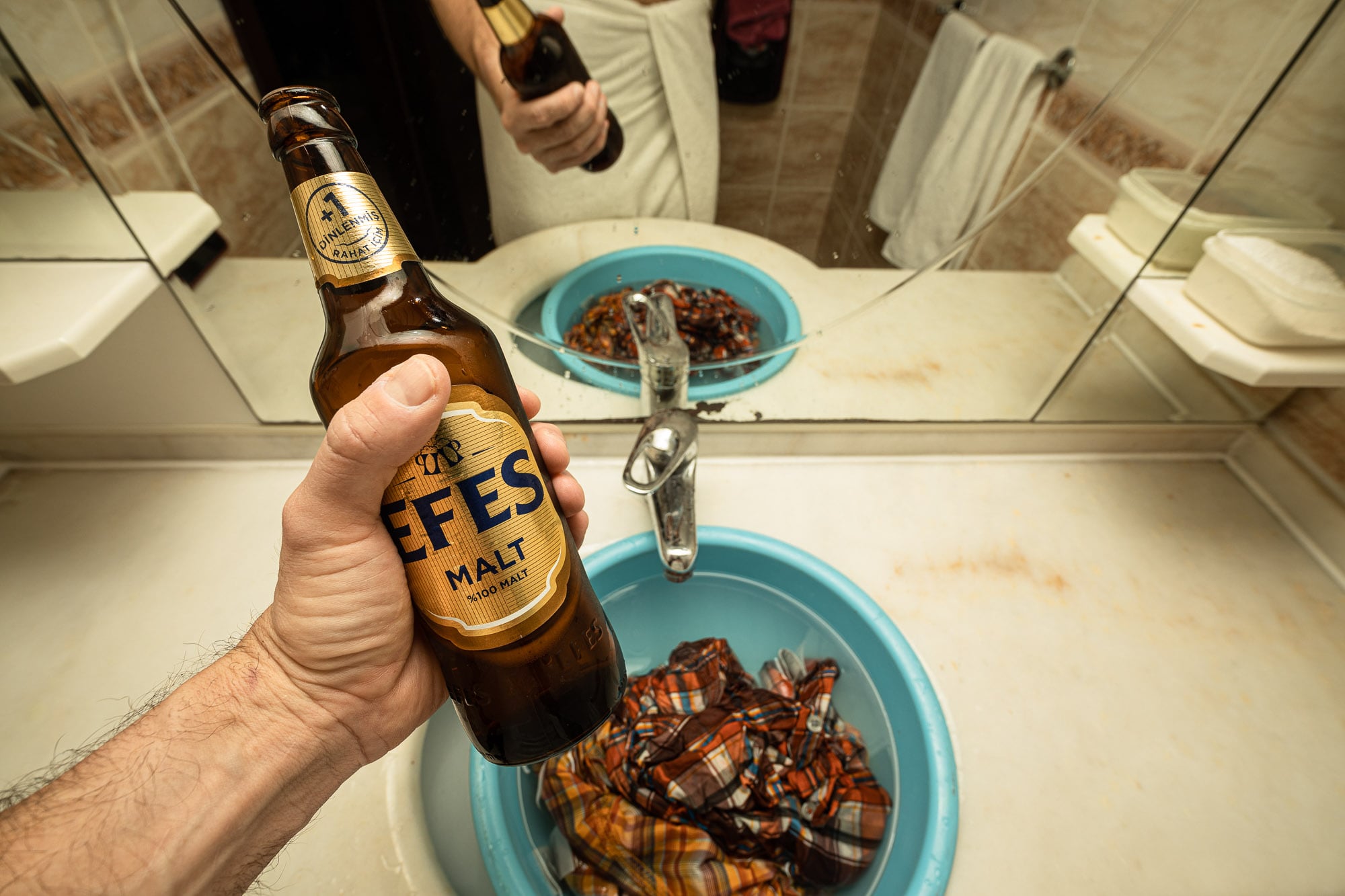 Atatürk looking a lot like a dude who is waiting for you in his castle after nightfall: 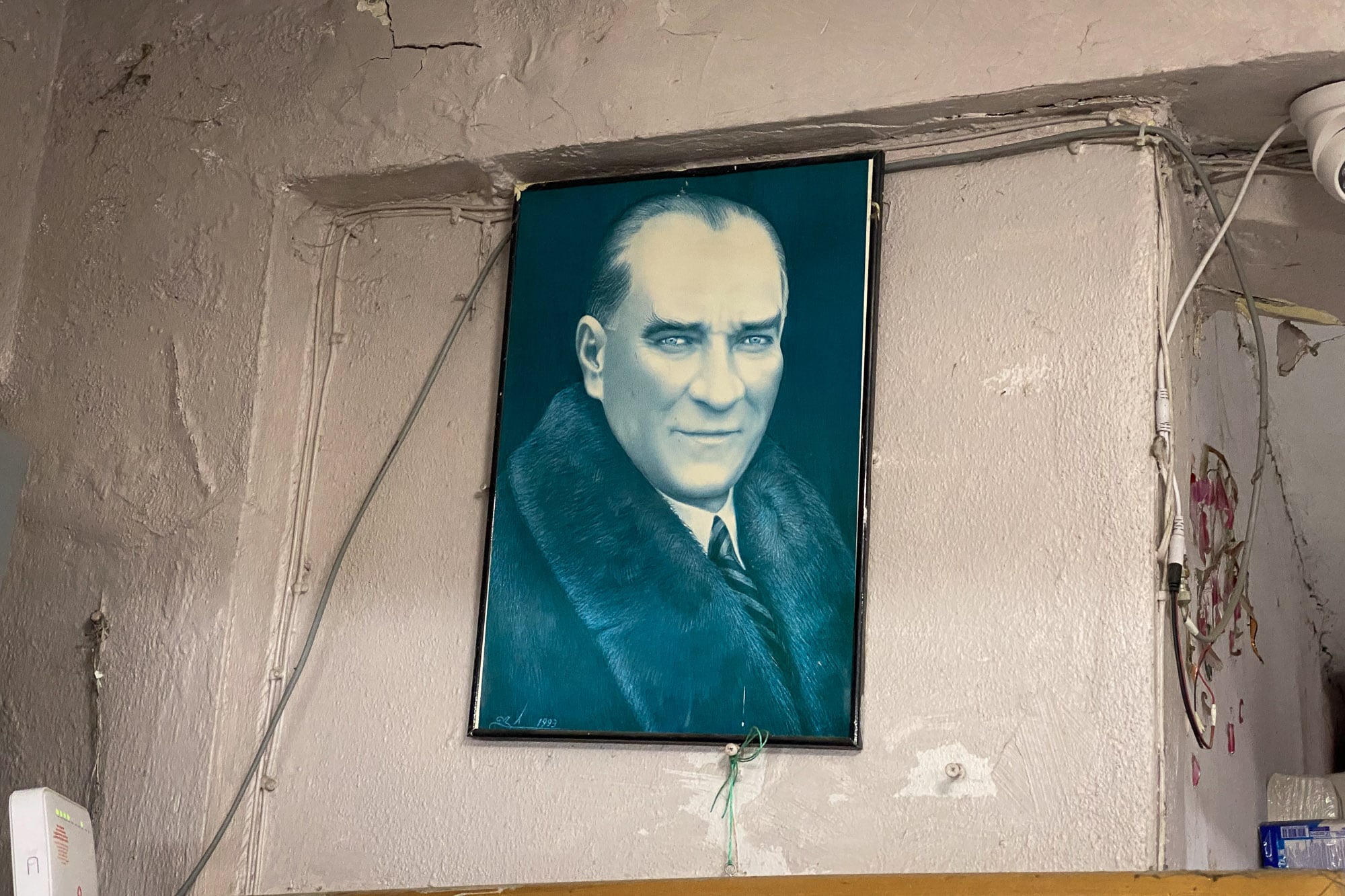 I hit my head hard on this sign when I went out to eat: 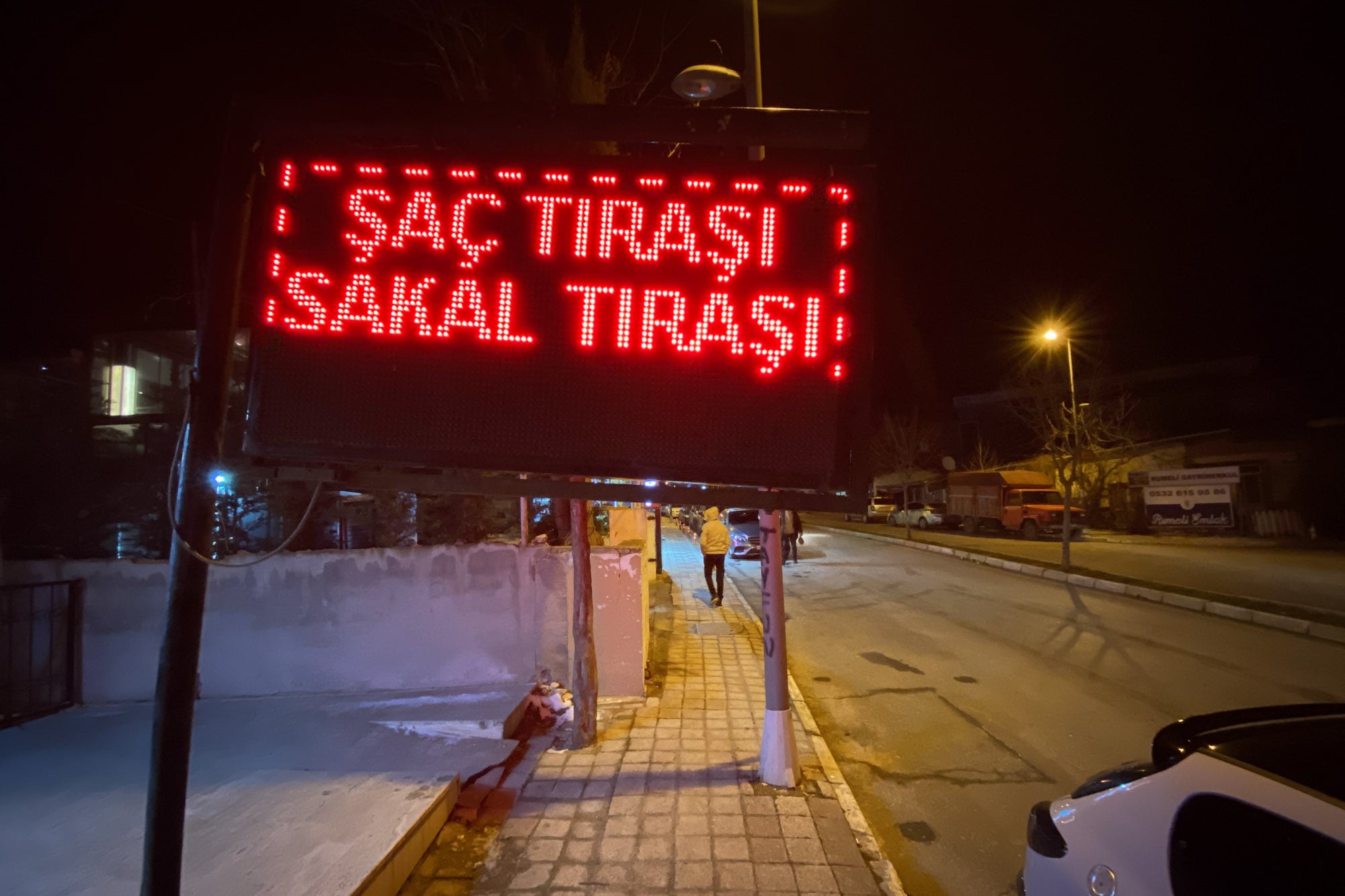