This post is about a 16km walk from Silivri to Canta. It’s a cold day with some snowfall that comes at me sideways.

When I left the town of Silivri, the first thing I marvelled at was a row of colorful houses right in its center. Or rather: there were two rows, one on each side of a small river.

The houses were painted in screaming colors, the bridge I was standing on was for pedestrians only, and there was a lady feeding a bunch of seagulls. The whole scene reminded me of the Netherlands. Or of Denmark. Clean streets and mellow tempers.

The second thing I marvelled at was an old man who stopped me on the street and asked me right out if I spoke German. He proceeded to tell me that I was crazy for walking around out here. There would be massive snowfall in the afternoon, he said, MASSIVE SNOWFALL, so what the hell was I doing out here? I was clearly crazy.

Then he turned around and disappeared.

I kept on walking for a while, feeling increasingly bored of the highway. And then it started snowing, just like the old man prophesied. Only it wasn’t exactly massive. The snowfall was quite dense, yes, and the wind was blowing it at me from the side, which made it feel worse. But it didn’t last – as soon as the snow hit the ground it almost immediately disappeared.

I walked through the cold until I reached a huge hotel. I thought about it for a while, then I got a room. 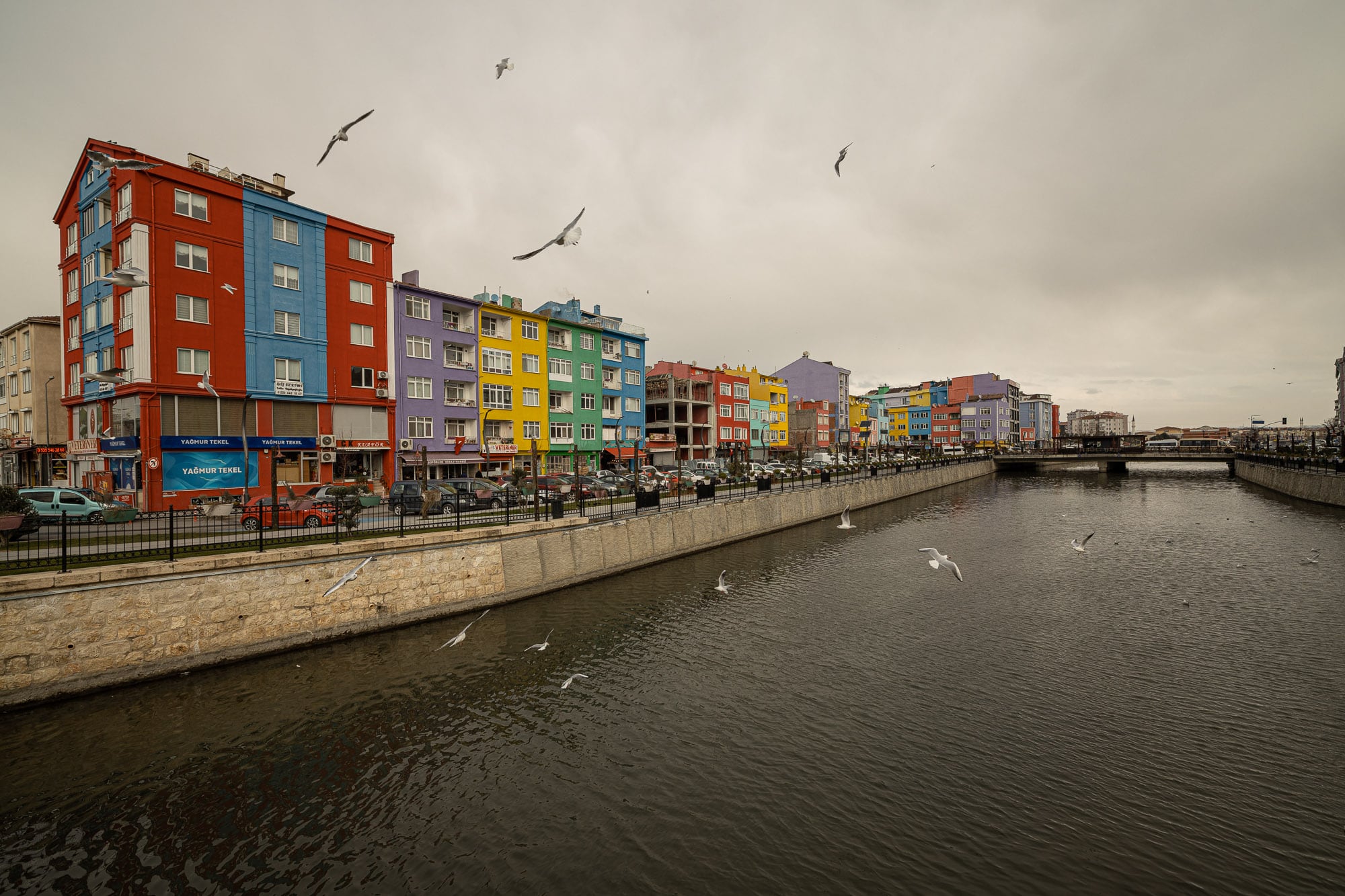 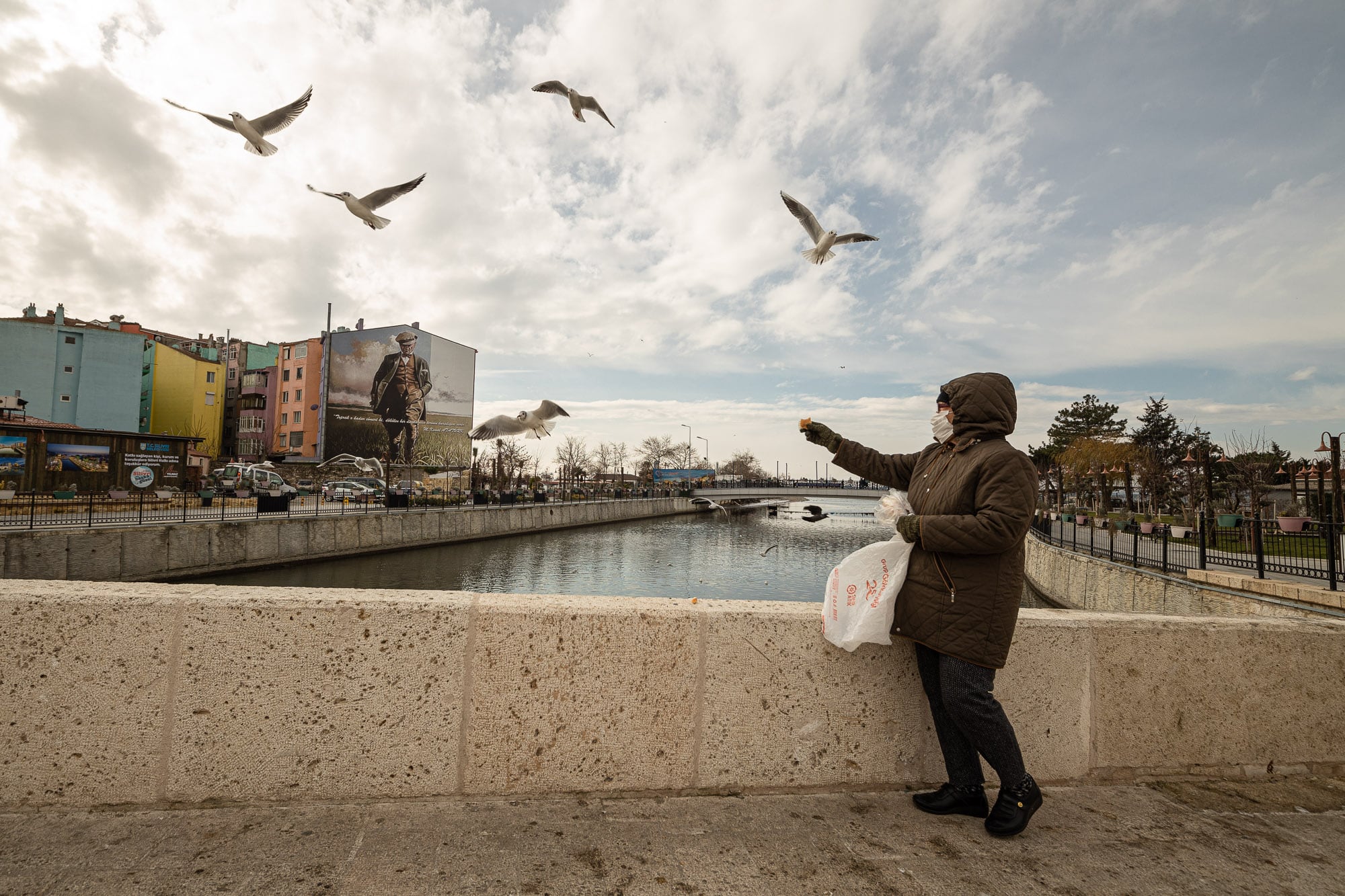 The beginning of the walk from Silivri to Canta: 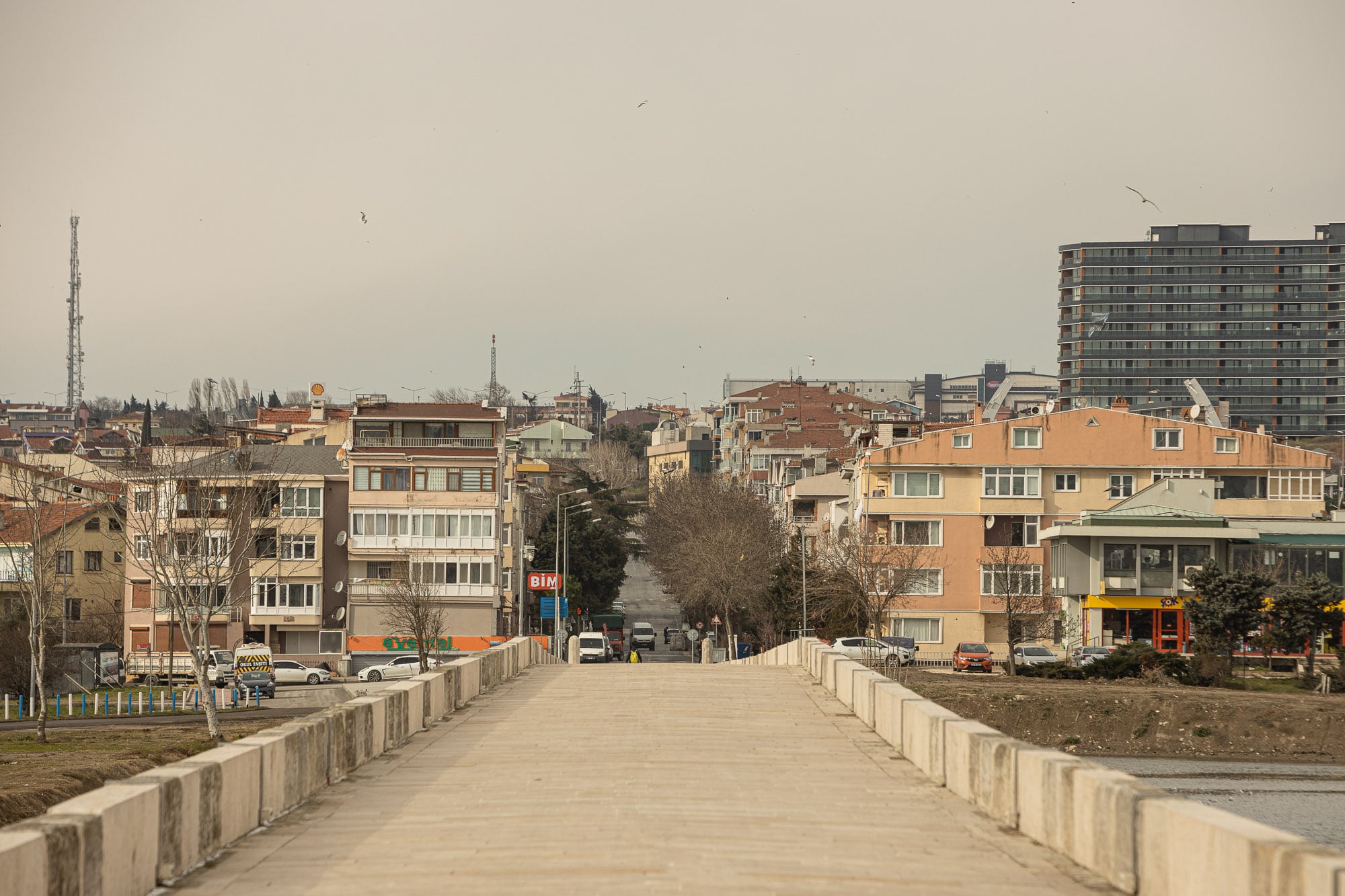 Seagulls on a frozen lake: 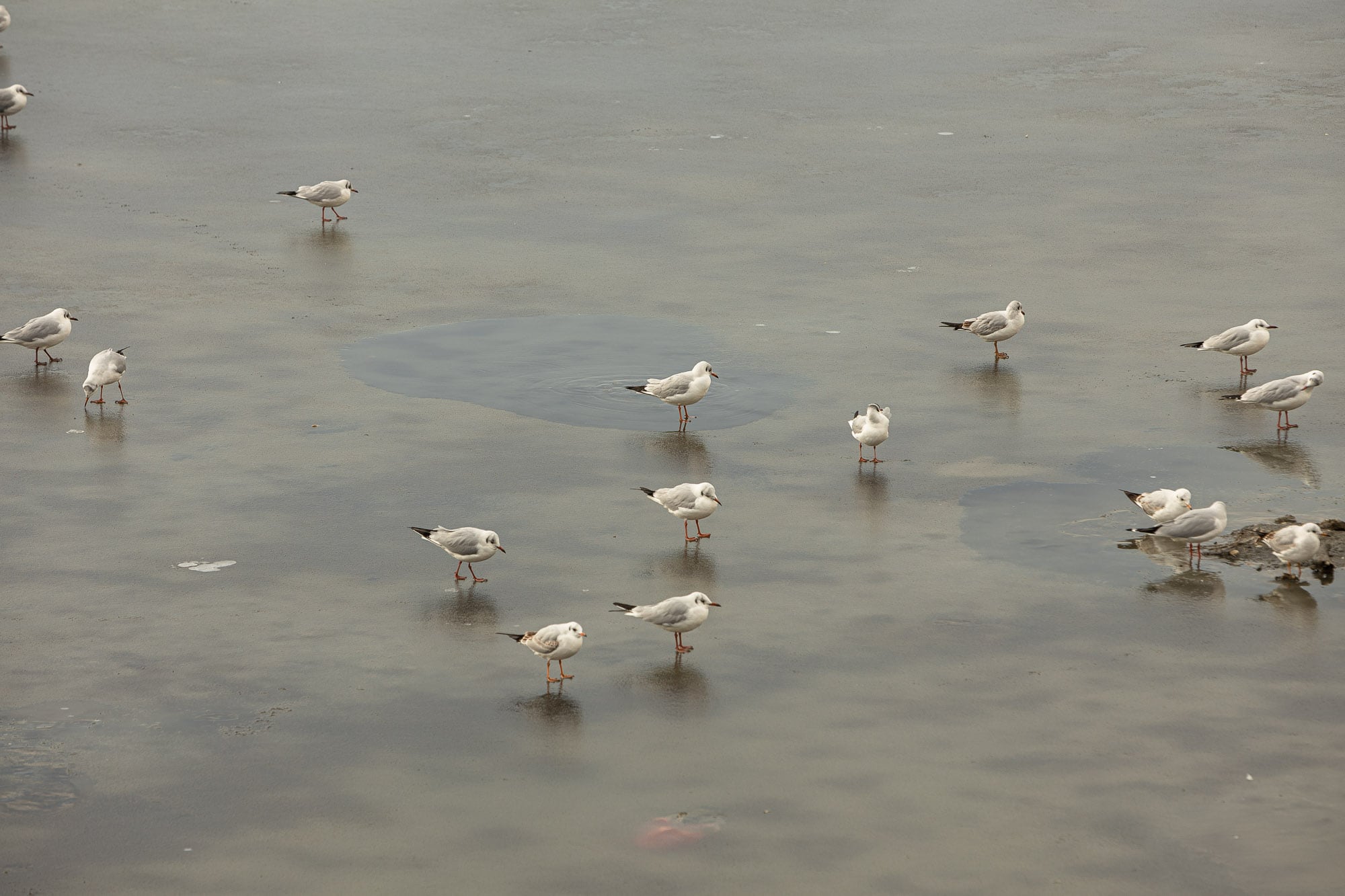 The boring highway to Canta: 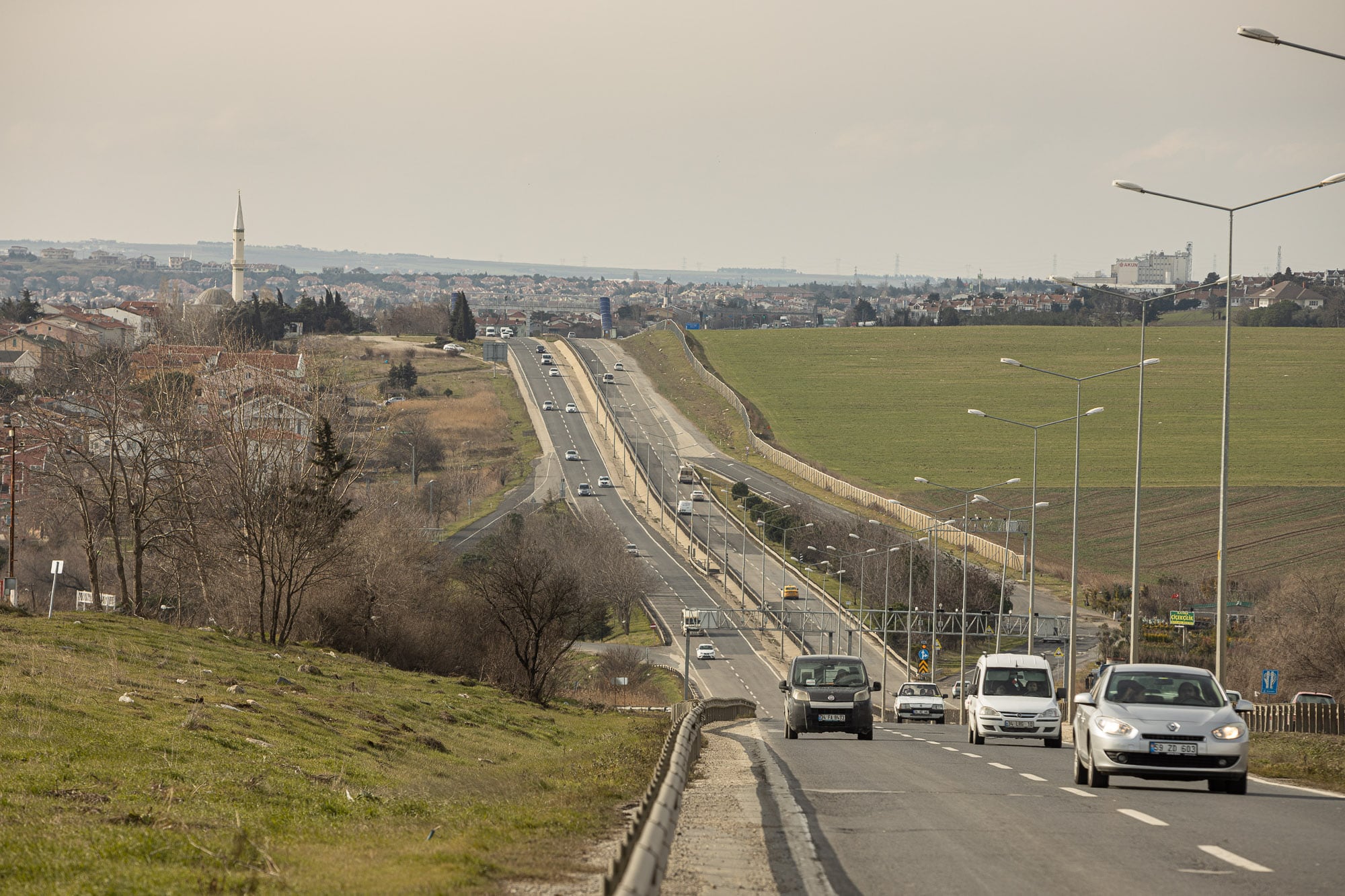 Look at my legs: 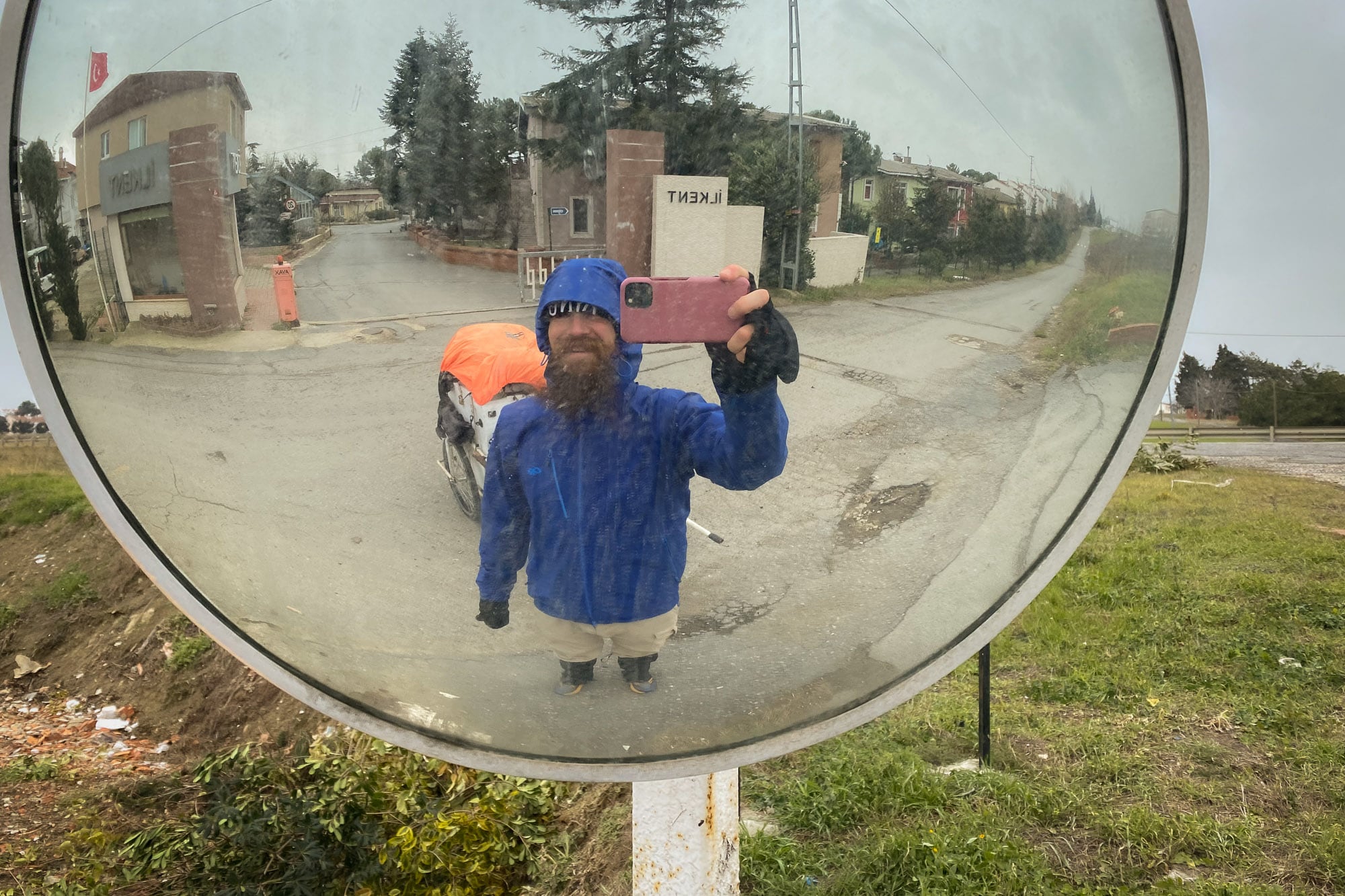 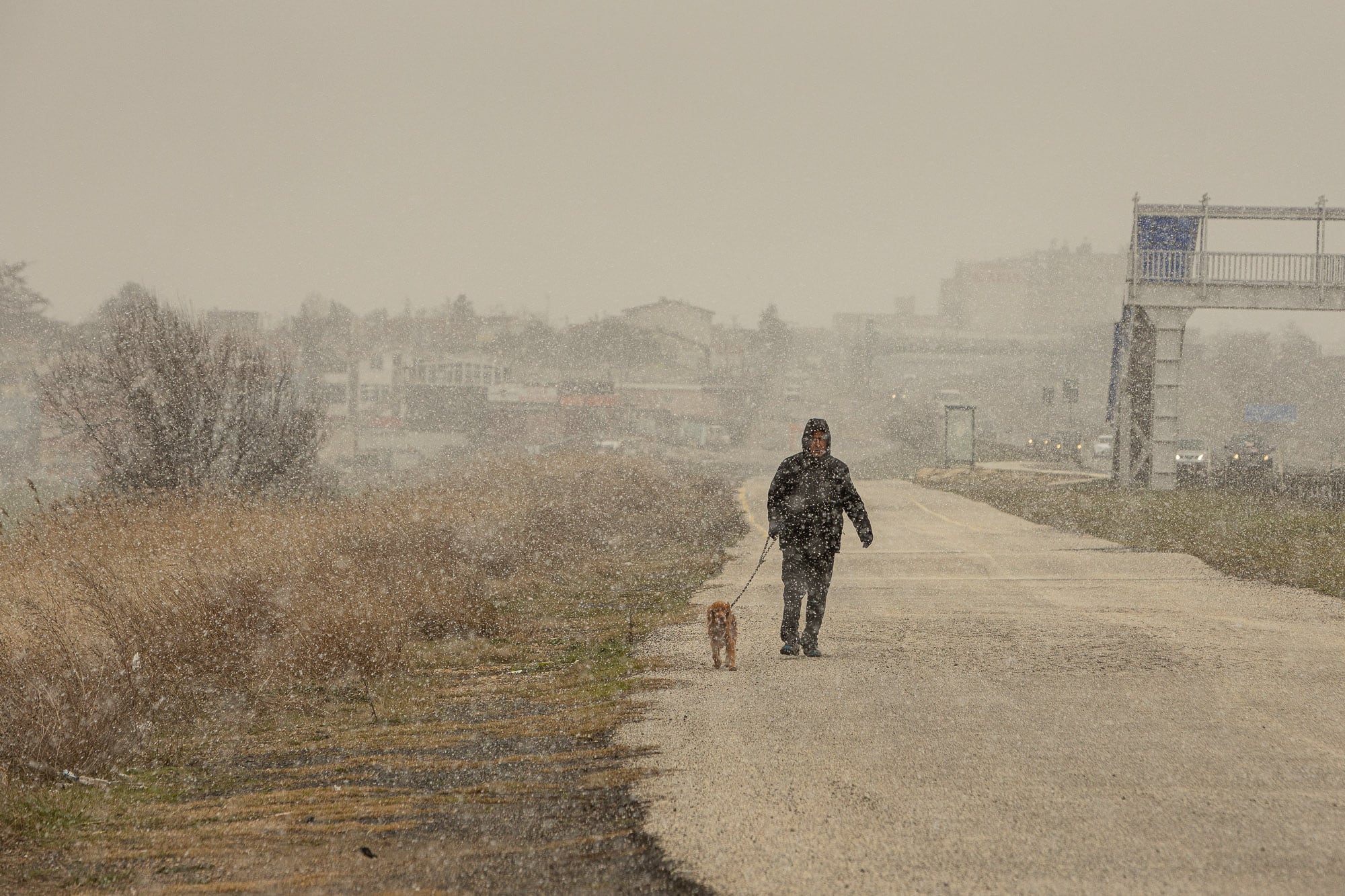 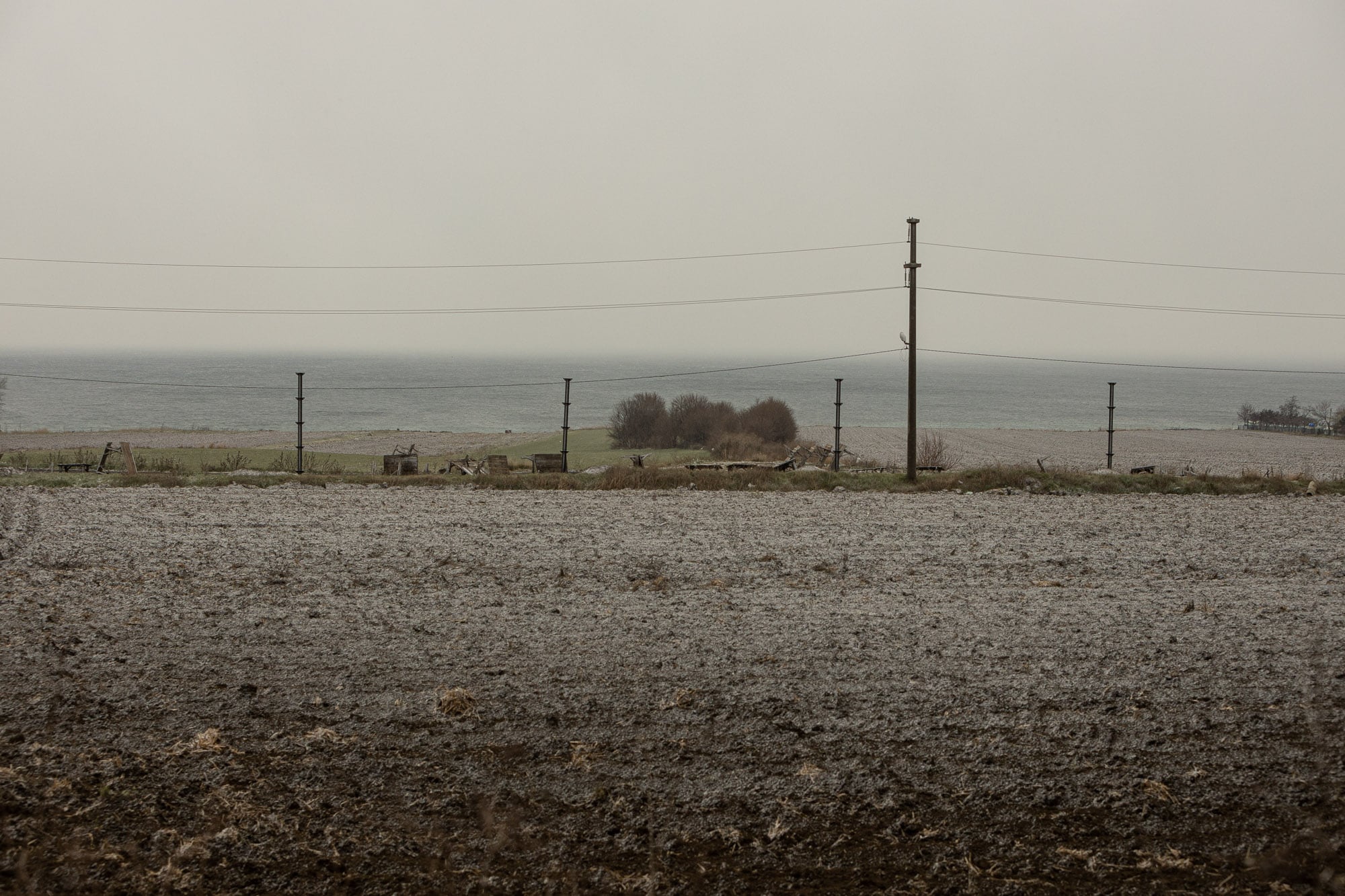 The end of the way: 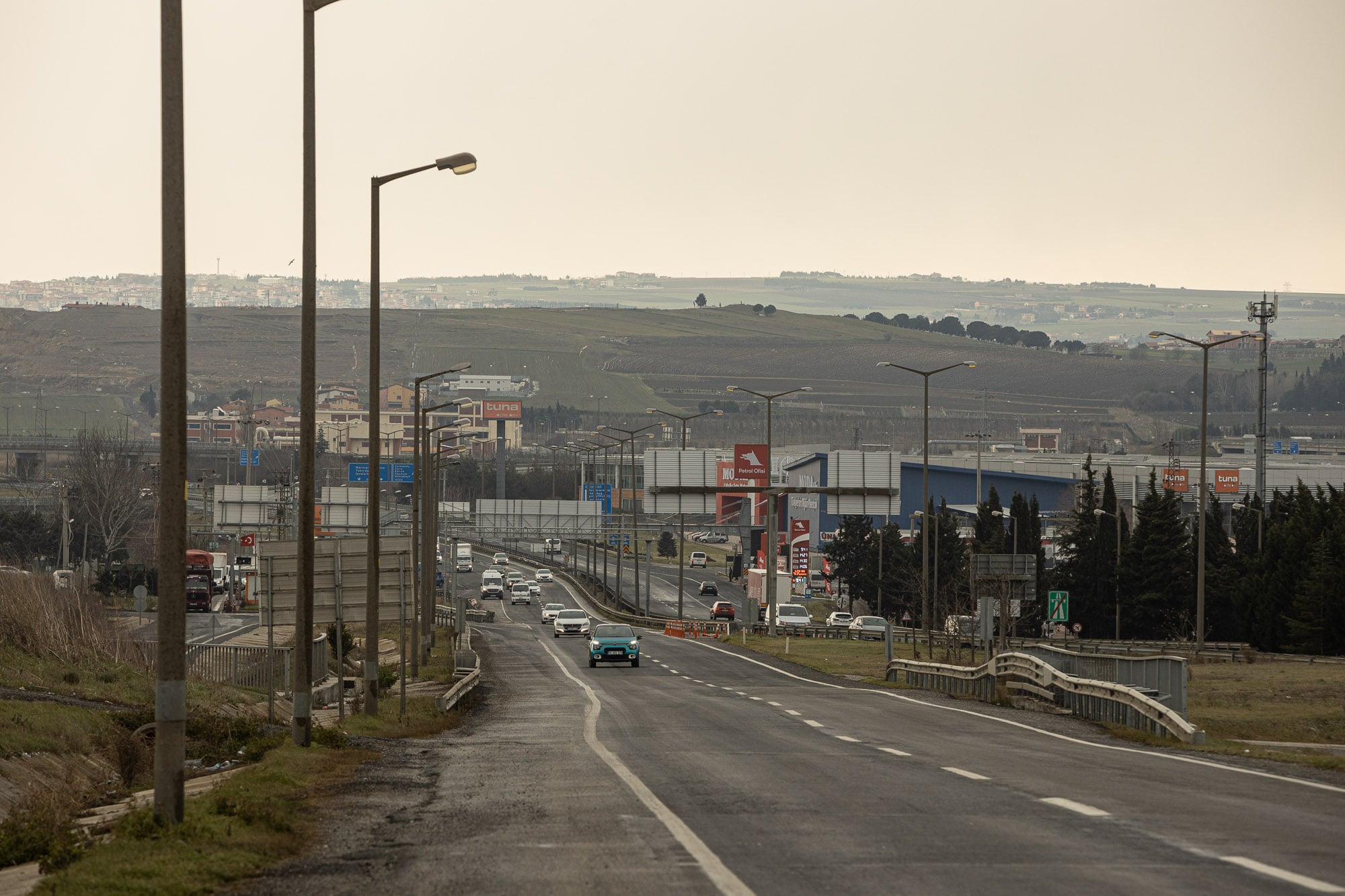 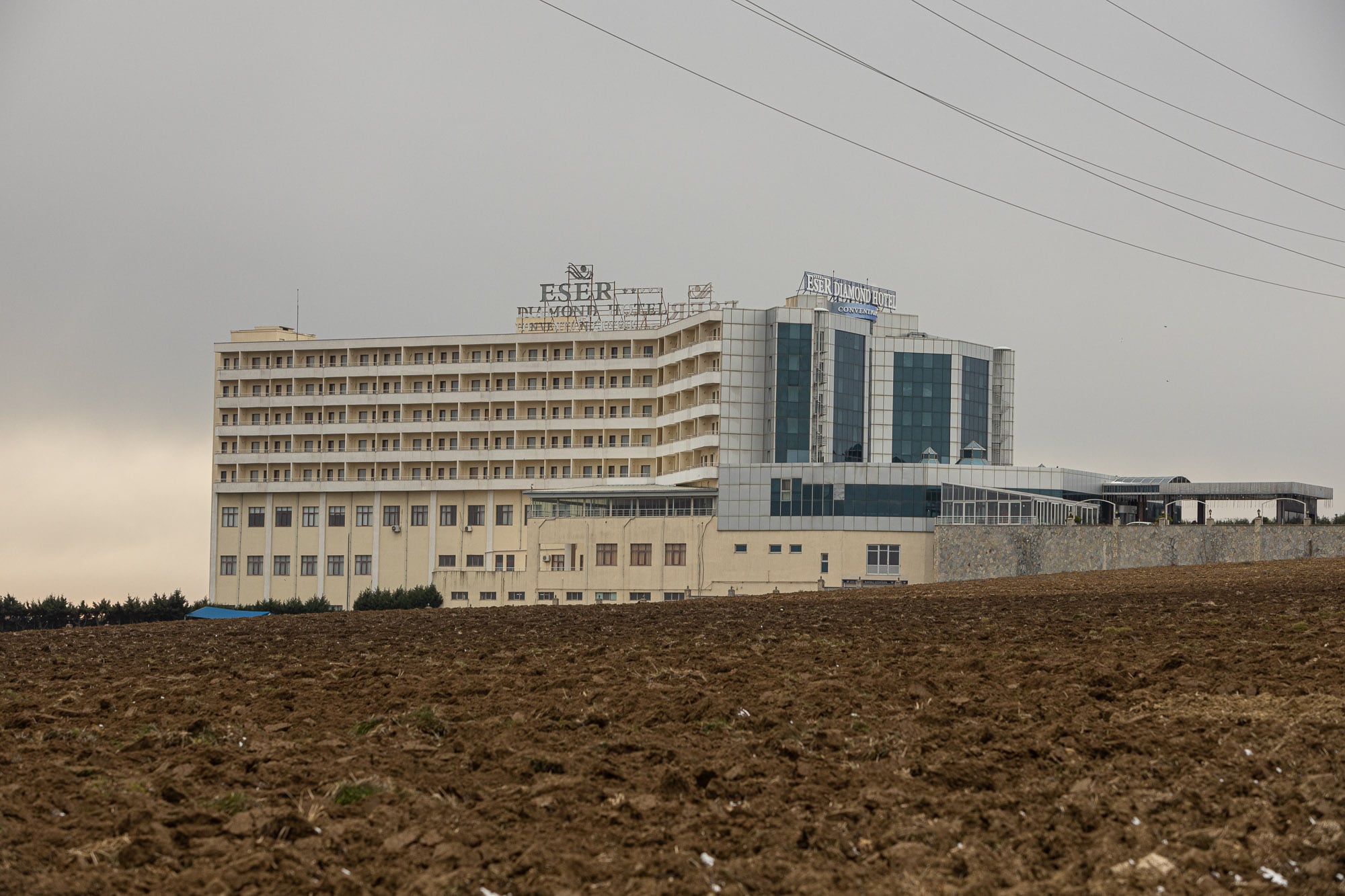 Day 507
from Silivri to Canta