When I finally left Gorgan this morning, I knew that I would end up missing the place: the winding alleys of the old town, the bazaar, the people.

Gorgan said good bye with a sunny sky and a rather peculiar looking little tower: 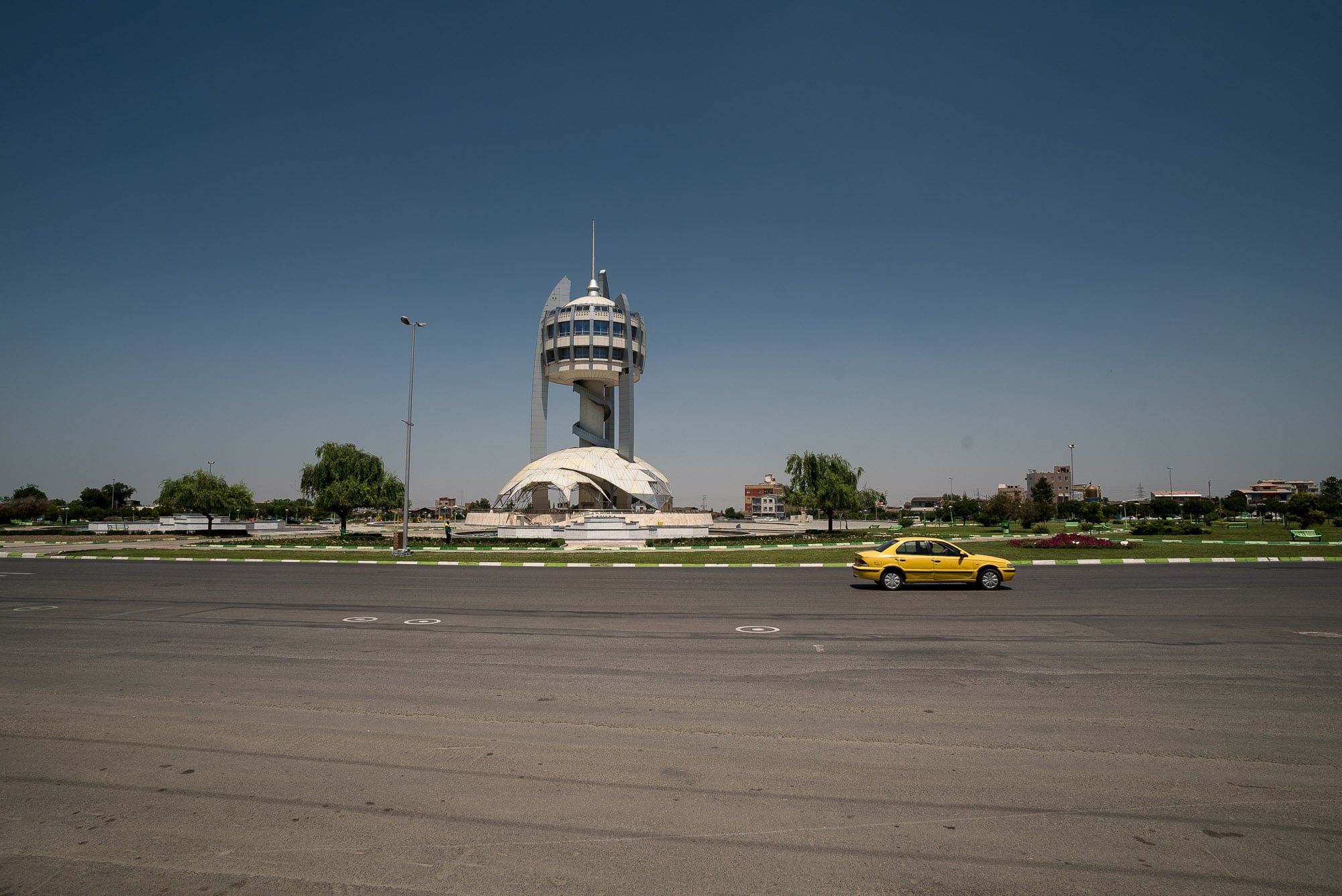 Then we were on the open road, the Caboose and I. There’s not much to be said about this road. It was a highway, a busy, loud, two-lane highway. People were selling clothes on the roadside: 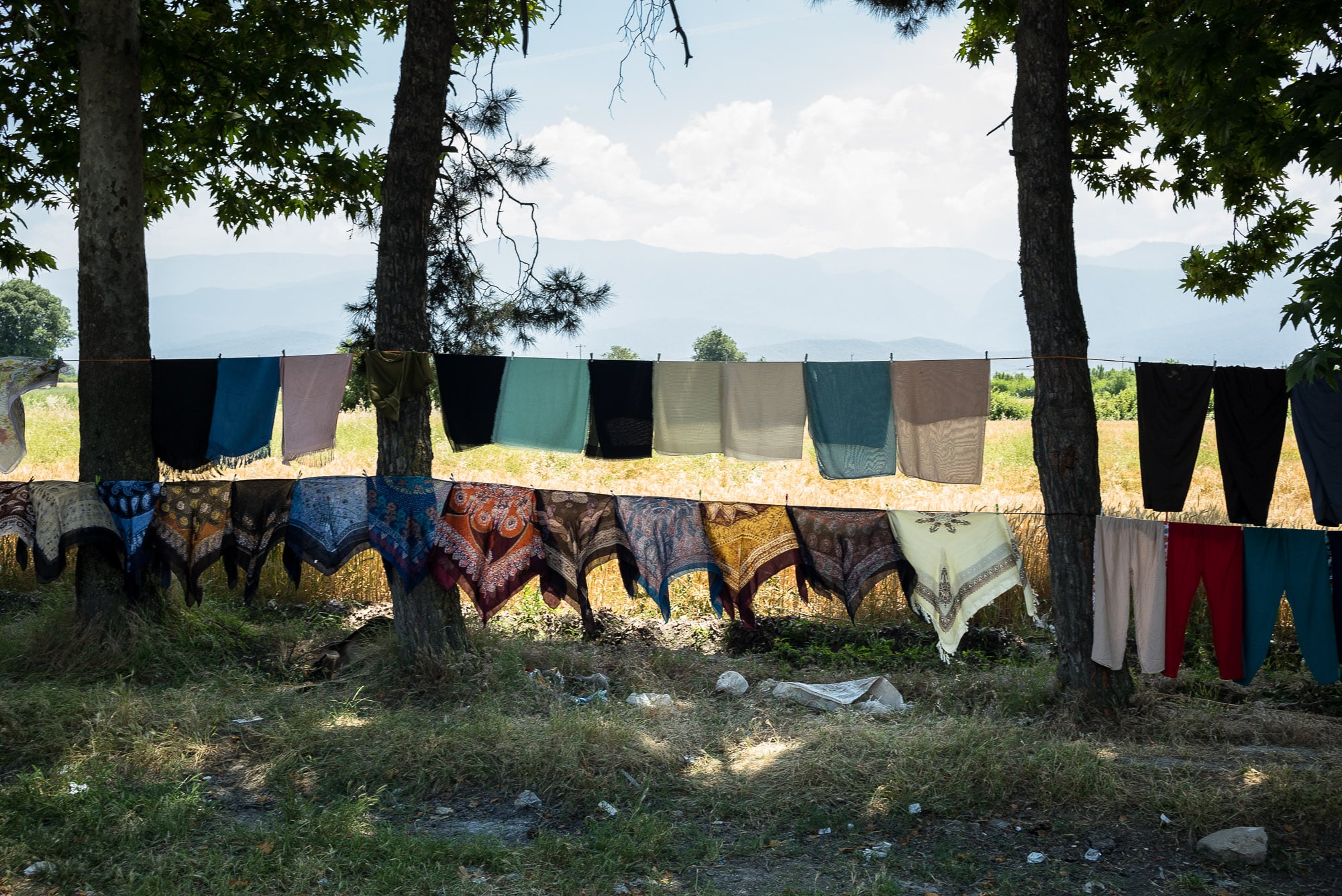 I took an extended lunch break in my hammock: 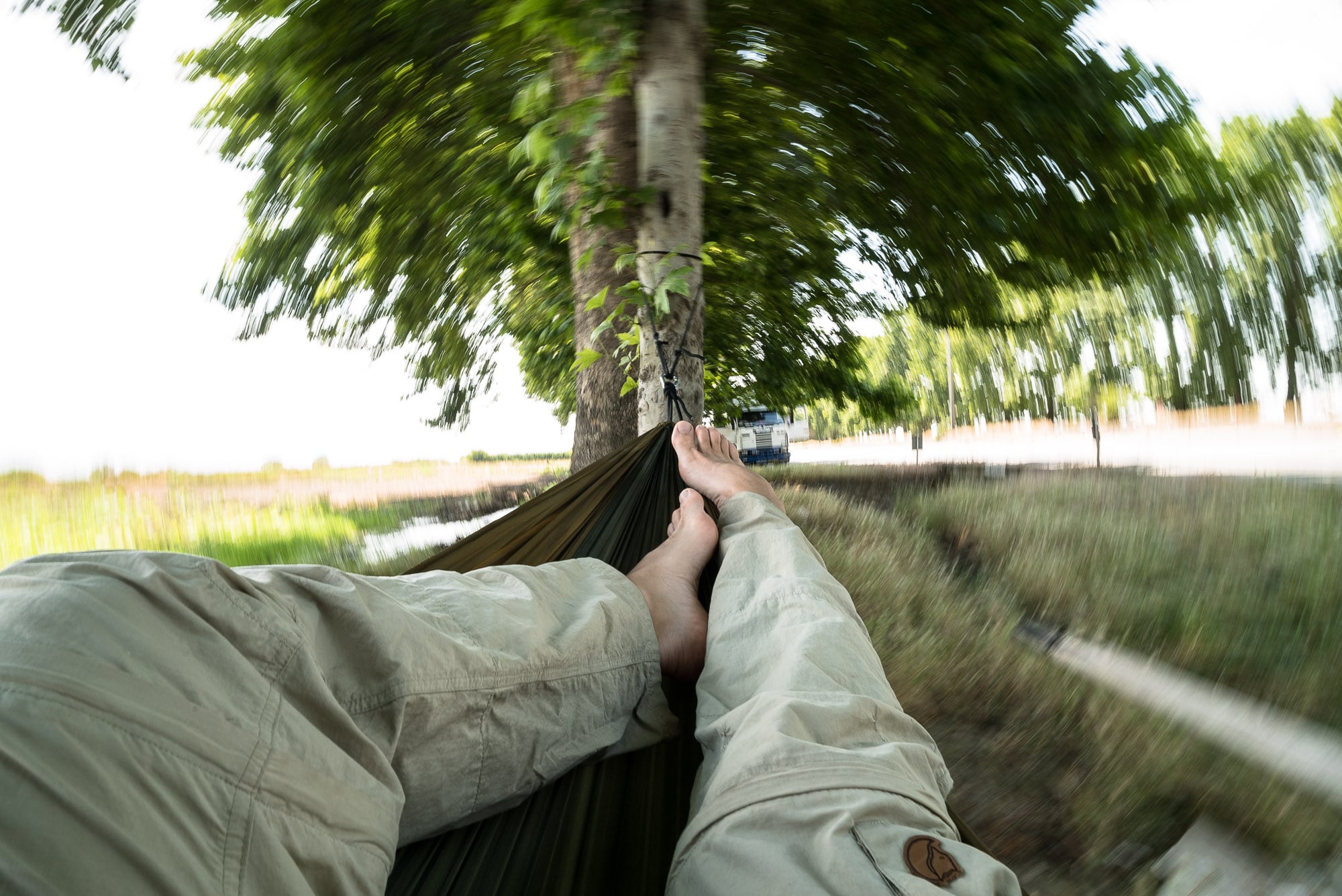 Drank some tea, ate some bread, had some apples, took a nap. I think it lasted about three hours.

The tree was my best friend during that time: 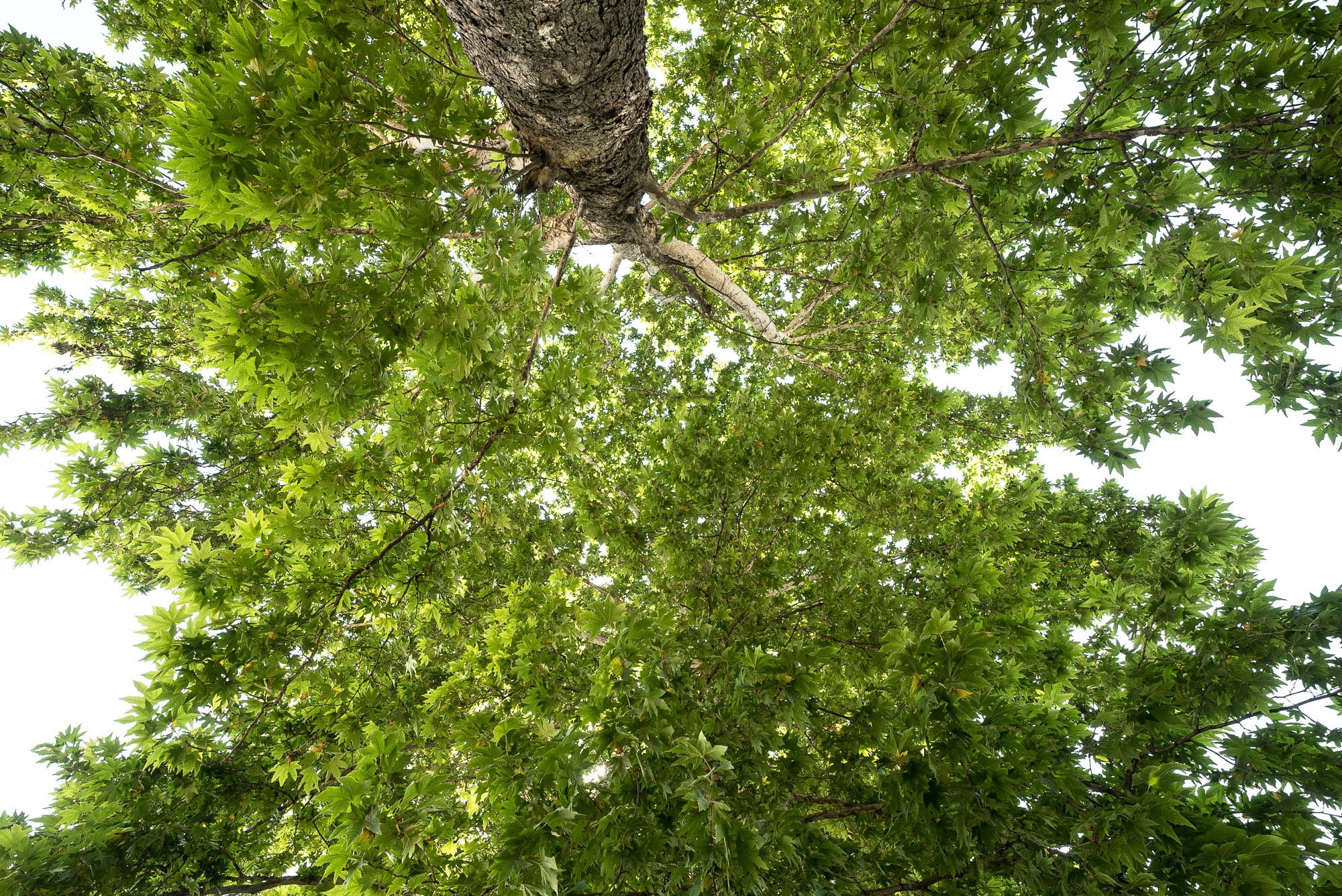 Because the fields around us were burning in the sun: 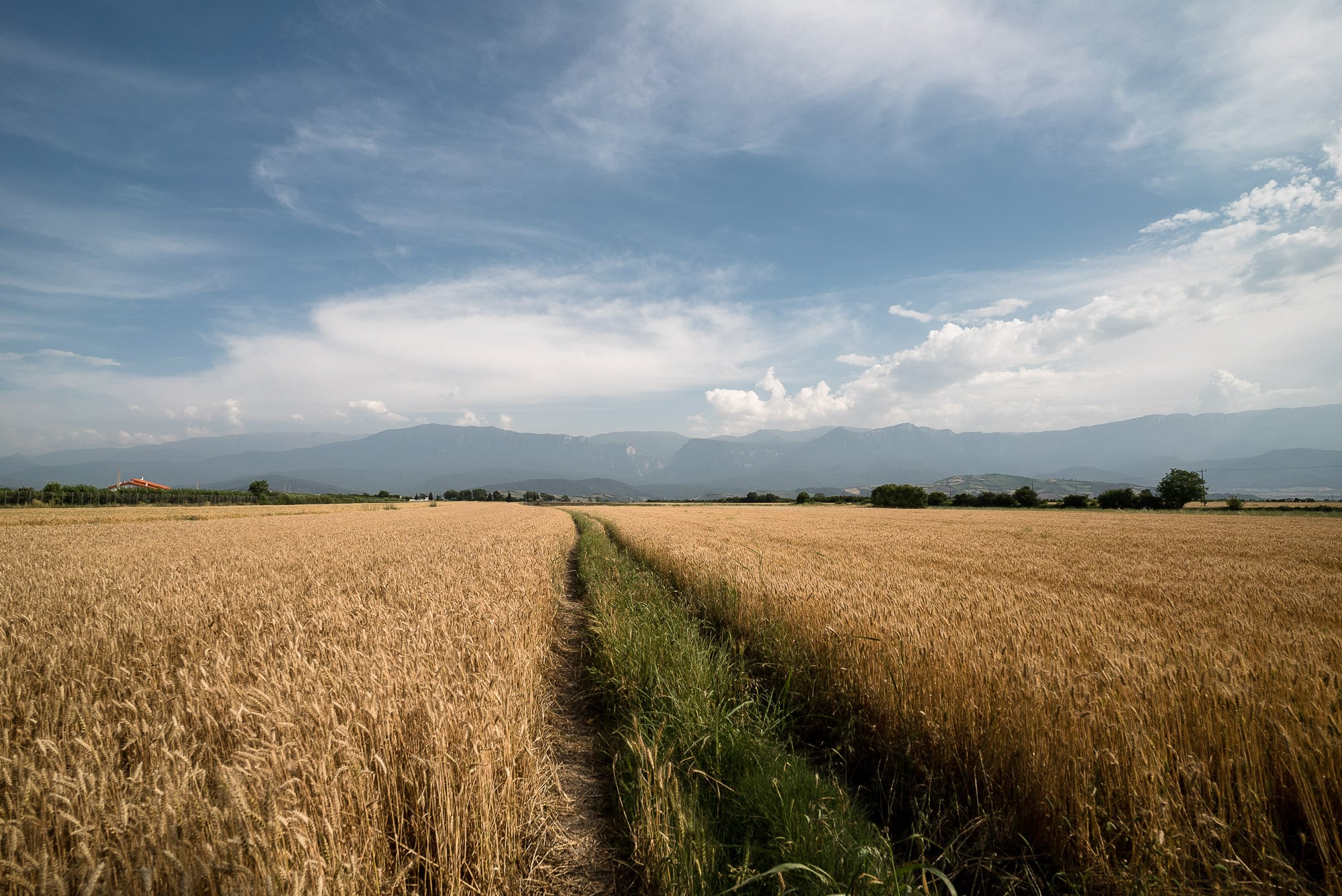 I eventually had to leave my shady place in the hammock under the tree. So I got back on the hot, loud road. Someone was selling toys: 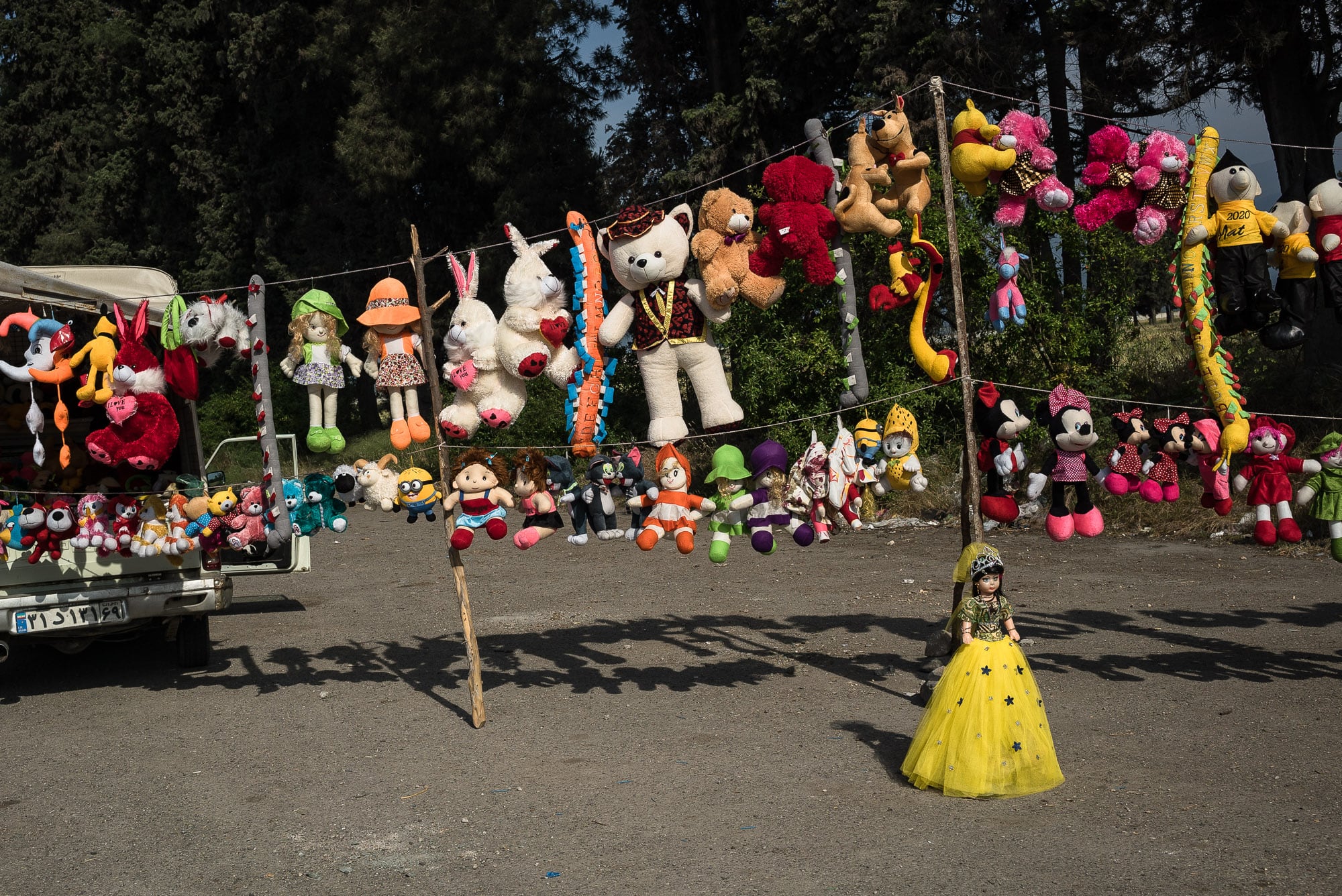 It was about five in the afternoon when I saw a massive white building just a few hundred meters from the road: 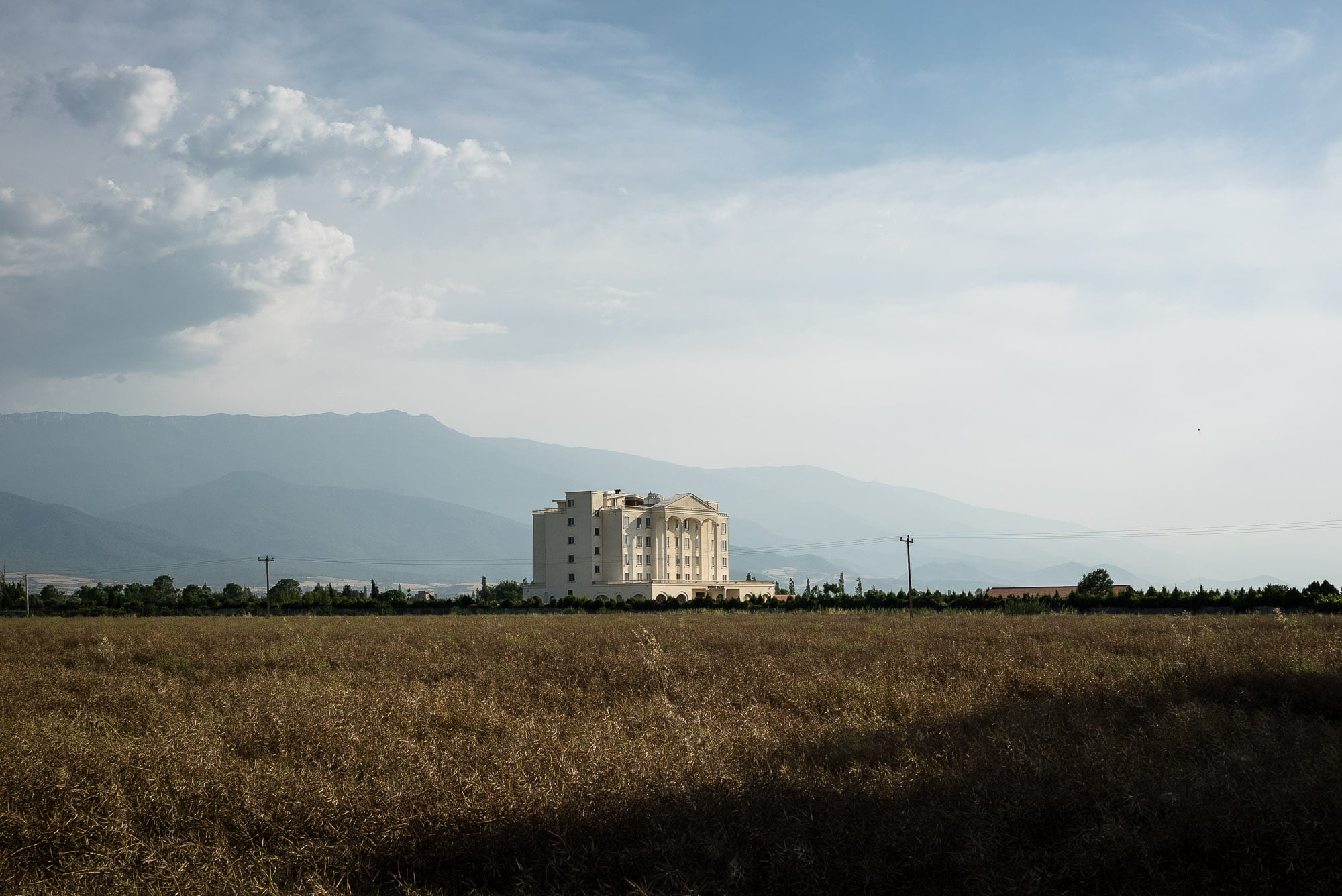 Turned out it was a hotel. And a rather posh one at that. I figured asking about the price wouldn’t hurt. Then I figured haggling a bit wouldn’t hurt either.

In the end I got a very good room for a fairly good price: 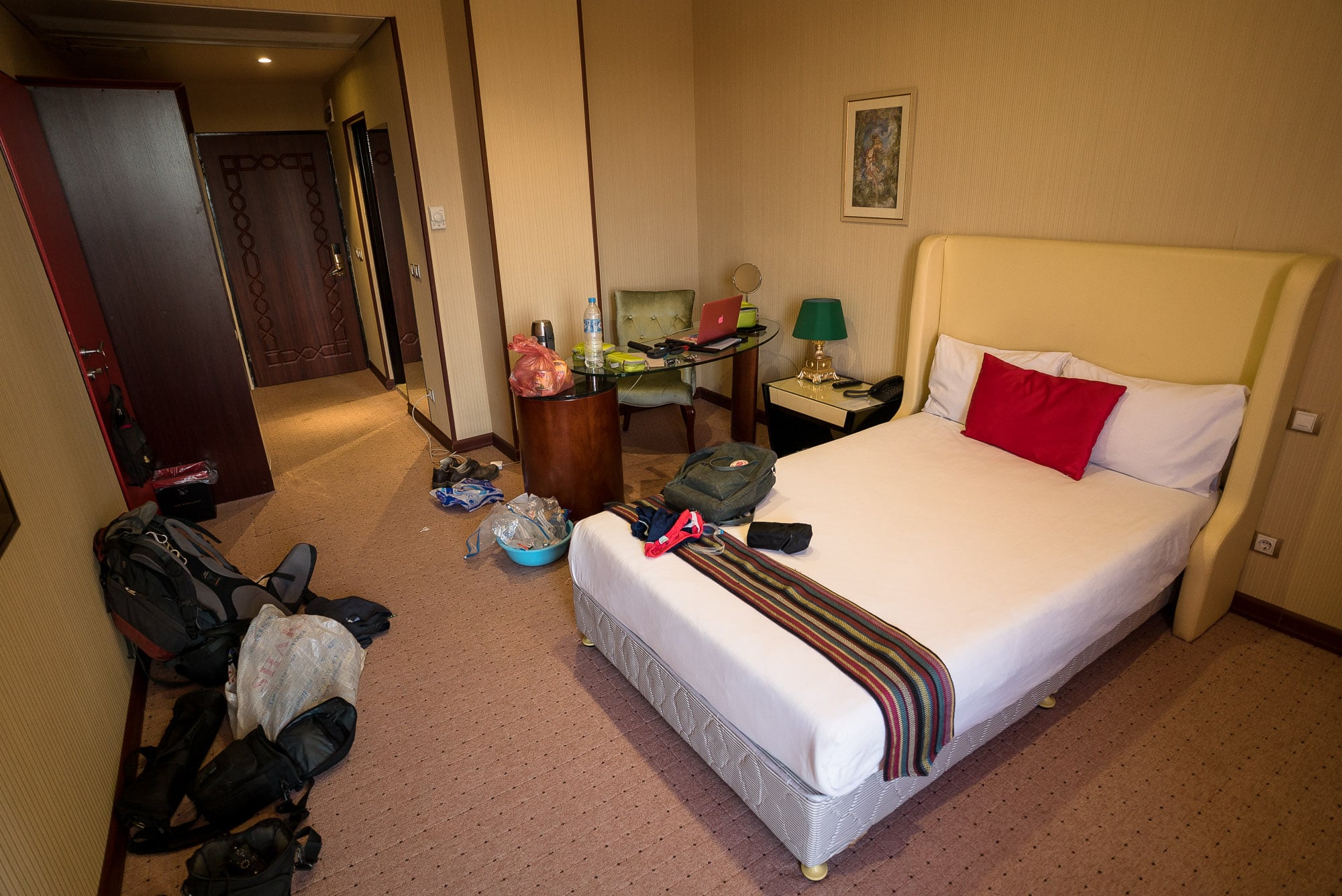 And the best thing – there was a swimming pool! 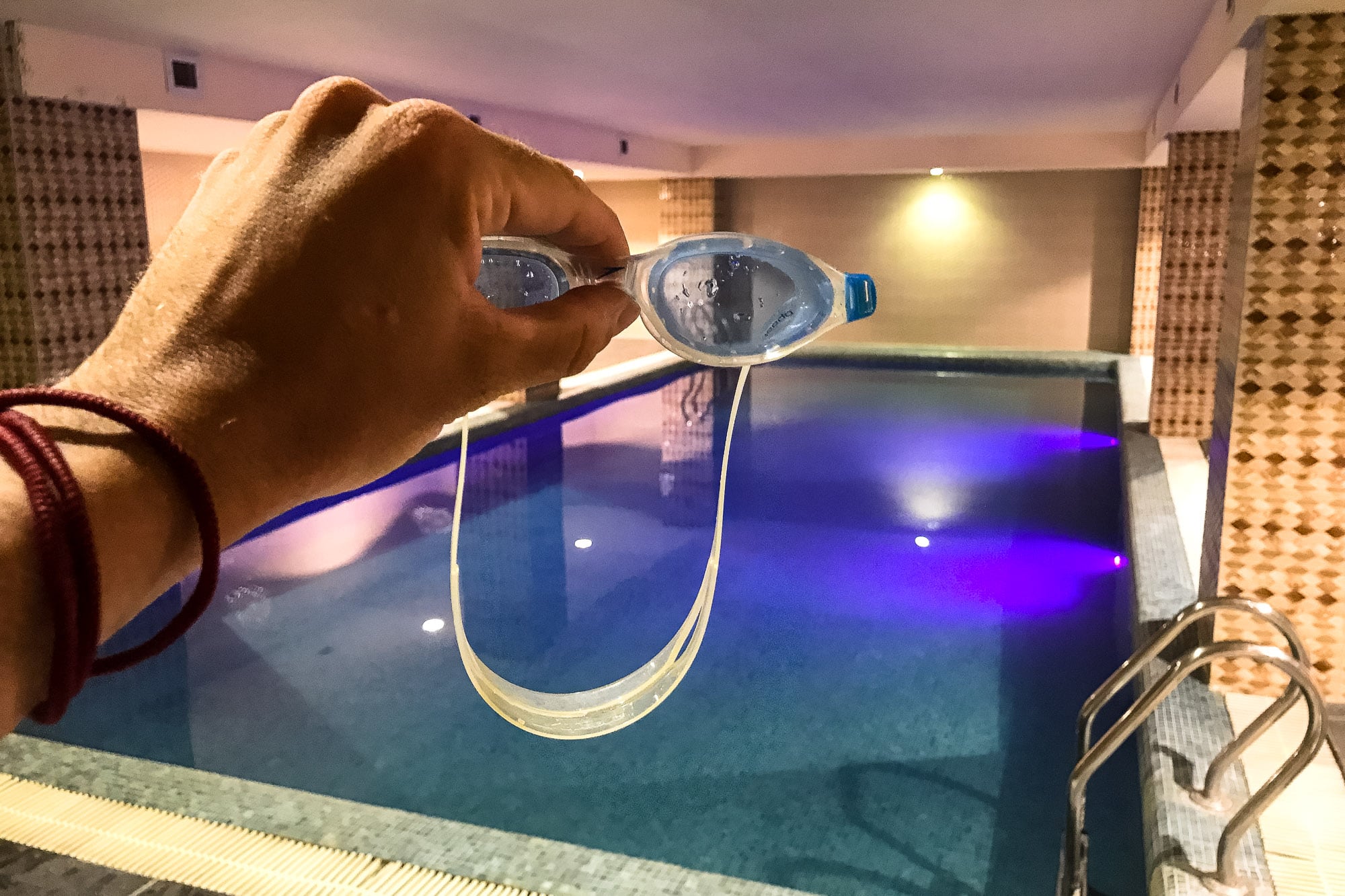 Well, there were two swimming pools, to be precise.