This post is about a 17km walk from Kumburgaz to Silivri. It snows heavily, which is great until I fall down some stairs.

Something was strange this morning. Whatever was behind the window, it was so… bright. I got up and pulled back the curtains, and there it was: snow. And not just a little bit. Everything was covered in a thick layer of white.

Yes! I thought. And I decided to get out my gaiters. Ever since those first snow days in China, I had been loved wearing them, and now I appreciated them even more. I was wearing light trail runners that didn’t even have Gore-Tex membranes. Gaiters, man, gaaaai-terrrrrrs!

It was perfect. The snow was thick and the streets were empty, and my feet made those loud crunchy noises that sound like ripe pomelos being ripped open. One pomelo, two pomelos, three pomelos, four. Hundreds of pomelos, thousands of them. The Caboose also made a sound, and a surprisingly loud one, too. It reminded me of the engine of an X-Wing. I patted her to tell her she had done me proud.

We walked for a while, tossing and enforcing, and our style was awesome. Then it stopped snowing, and then the snow that was on the ground started going away. It wasn’t as if it was melting and leaving behind puddles of water. It just disappeared somehow.

I stopped at a small restaurant and had a serving of soup and beans. Then I ordered dessert. I felt invincible, wearing my gaiters and all.

That feeling vanished when we walked past a roadside hotel and I went in to ask for a room. When I came back I fell down the stairs, and not just a little bit. I slid down several steps, collapsing onto myself like a folding chair, and I landed hard on my elbow.

“Oh!” the receptionist gasped, “are you okay?”

I didn’t know what to do, so I did the one thing that was even more embarrassing than falling down the stairs. I gave him a rigorous thumbs up, but without saying anything or even looking at him. Then I walked over to the Caboose, picked up her handlebars, and we walked off, our chins held high, like princes who had been expelled from their kingdoms.

Putting on the gaiters: 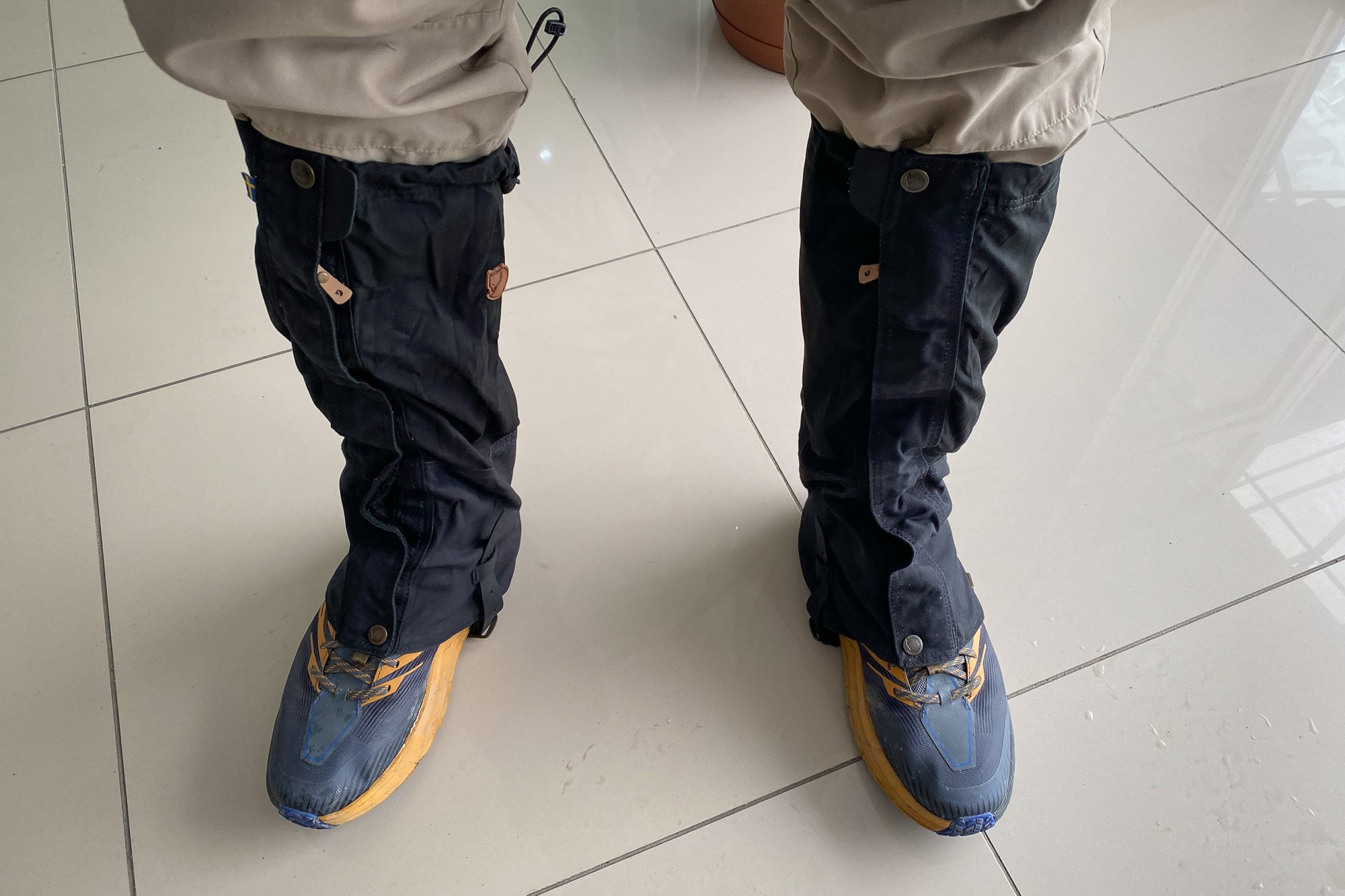 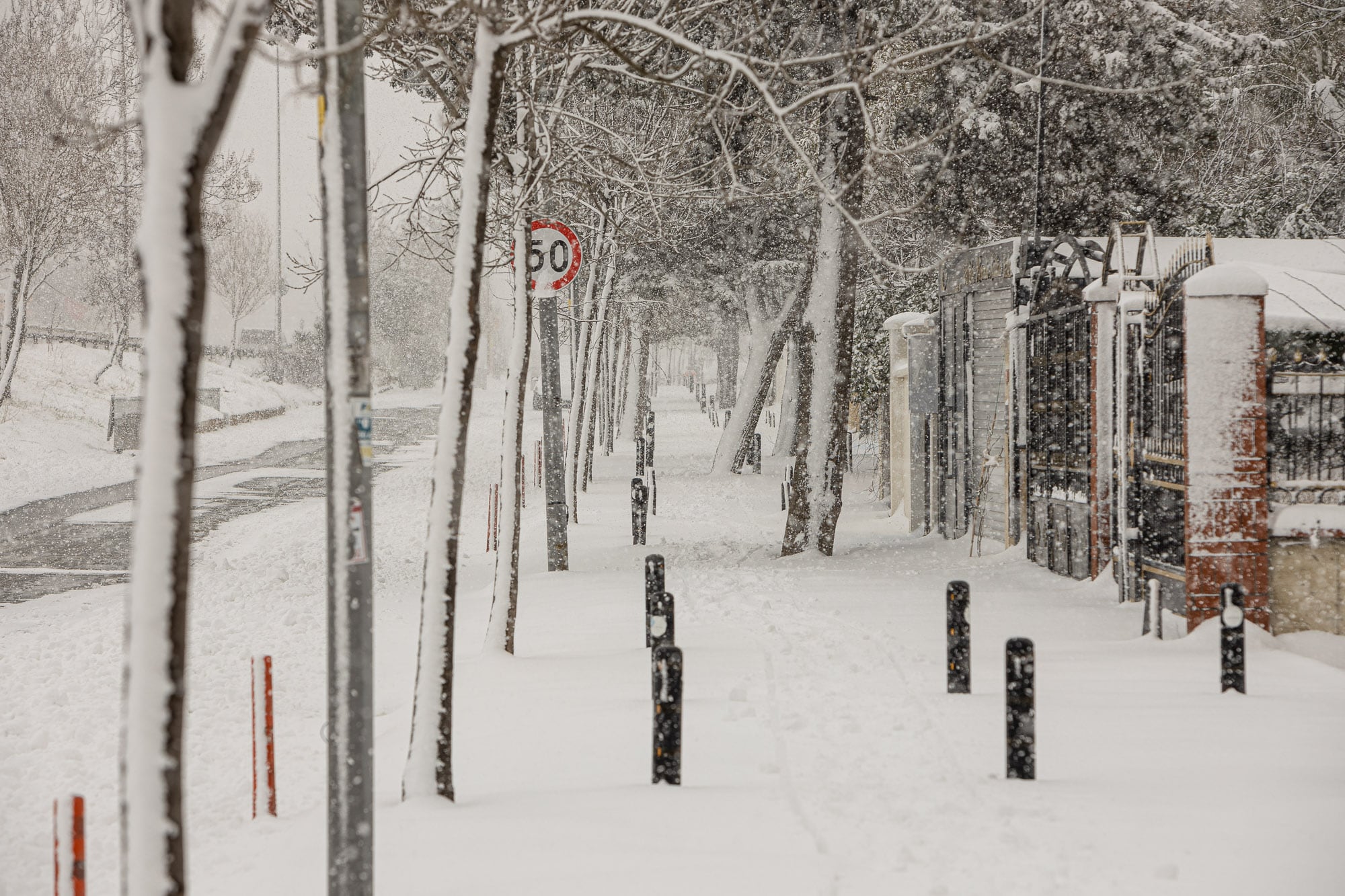 The Caboose on the walk from Kumburgaz to Silivri: 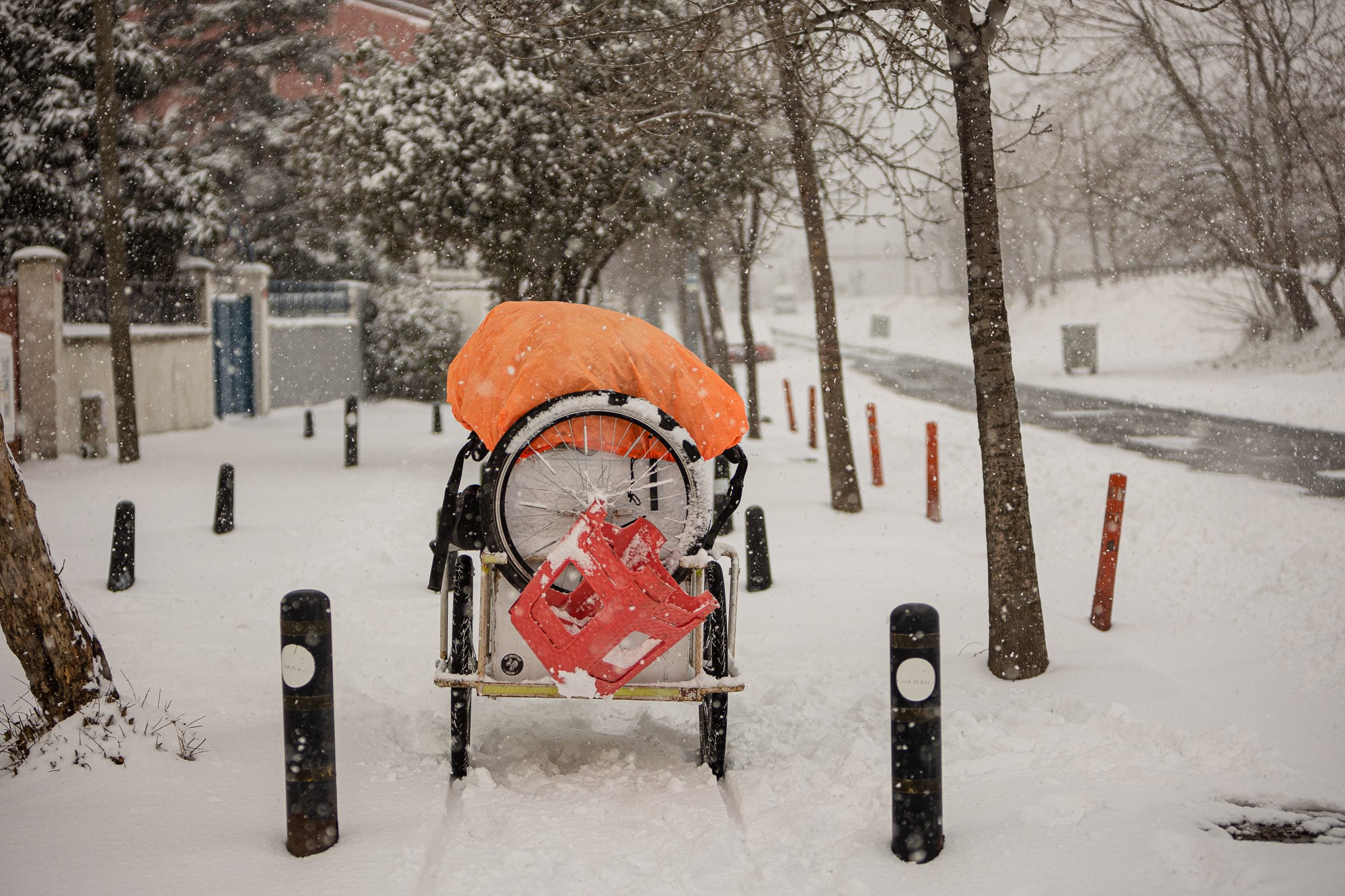 Fun in the snow: 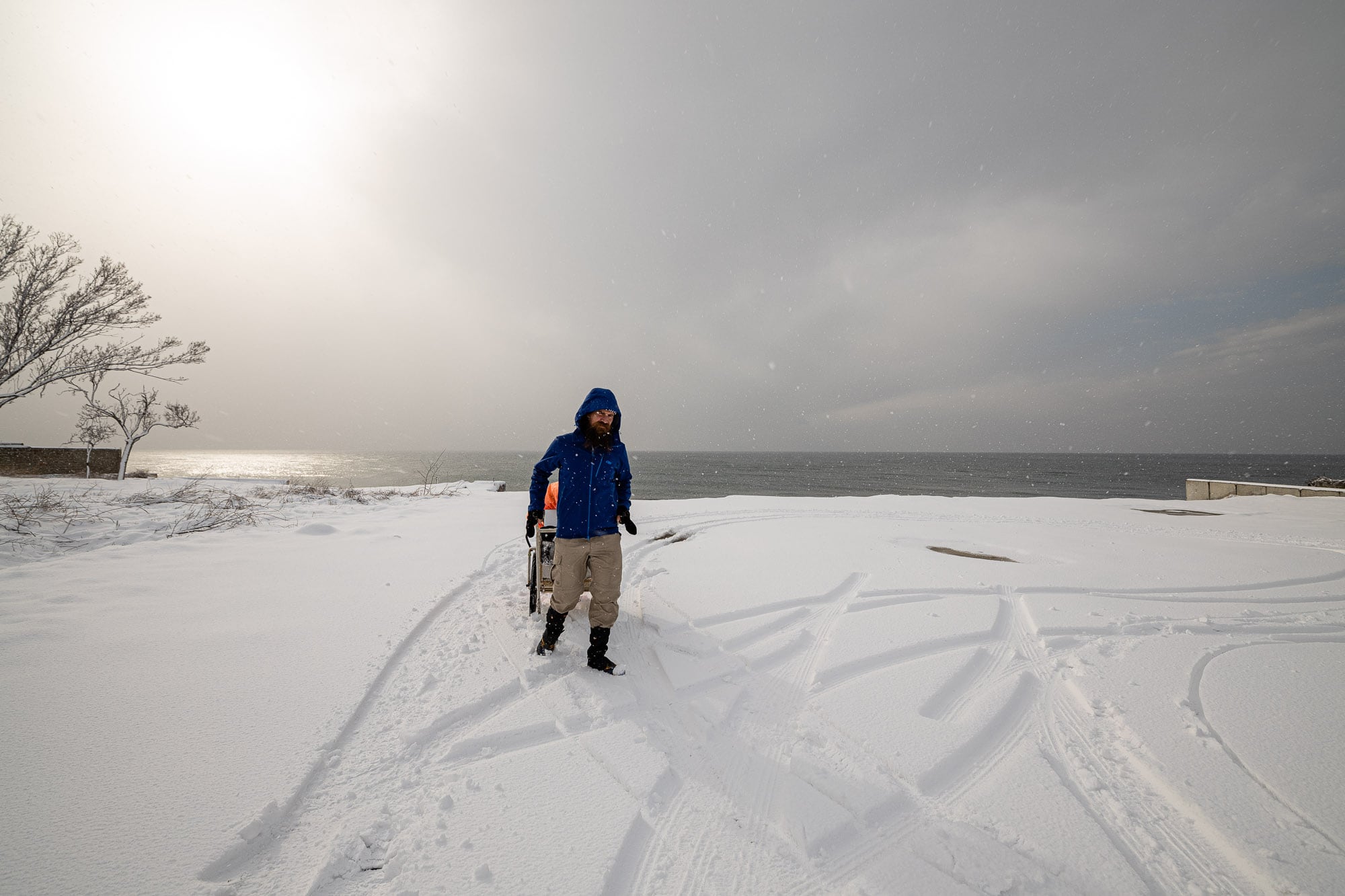 I enjoyed the transformation of the land so much: 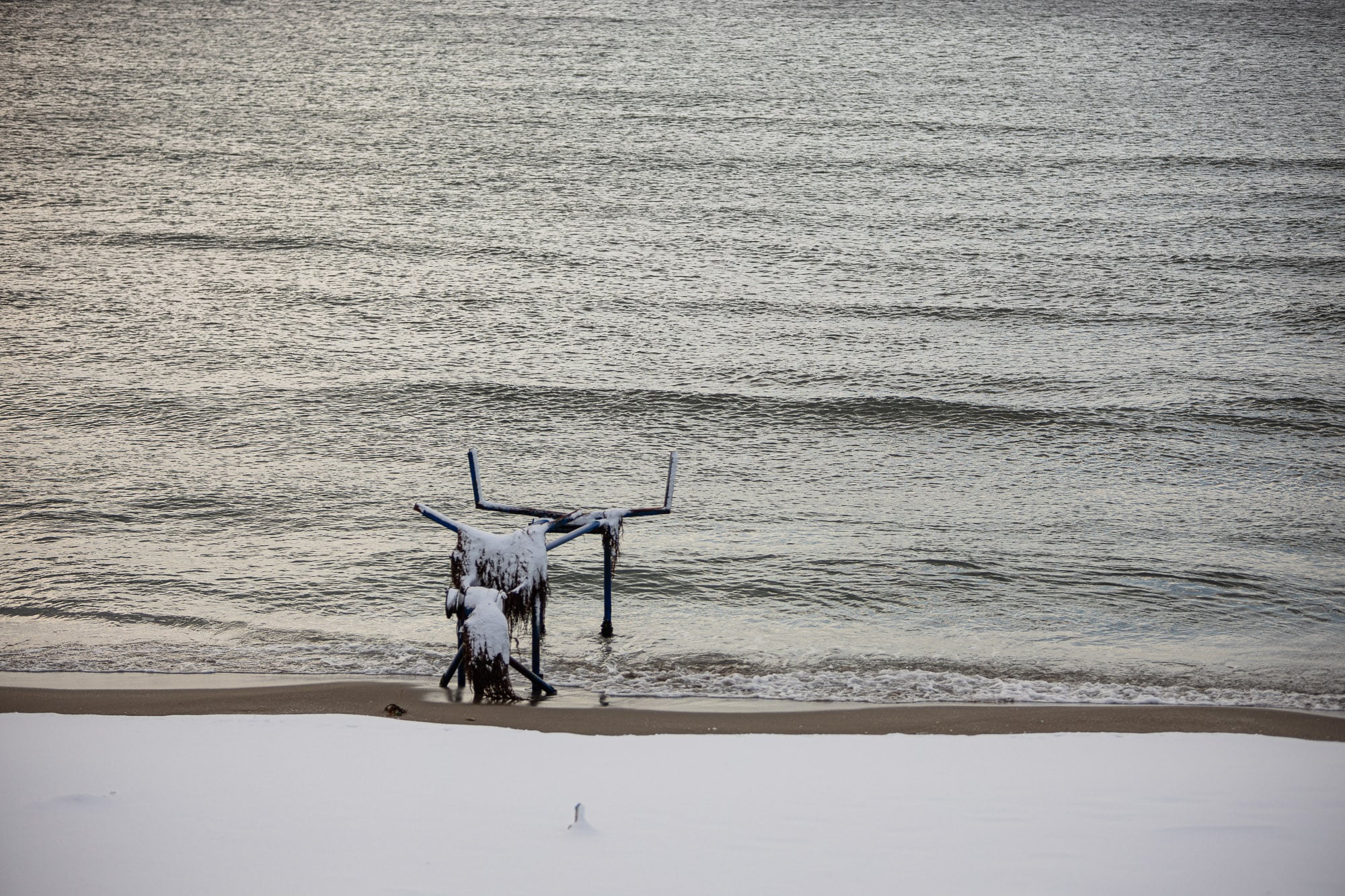 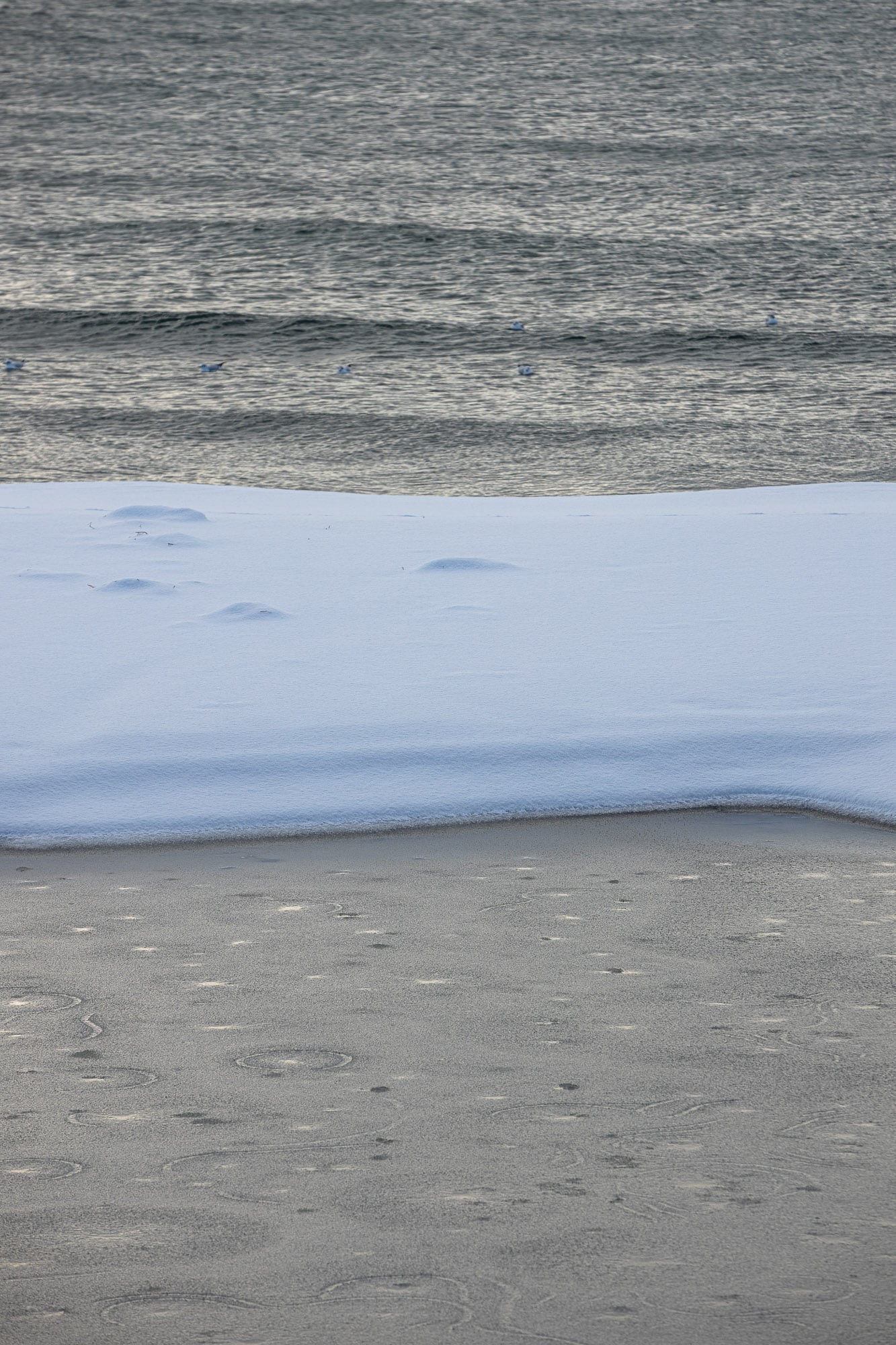 Roadside shop on the way to Silivri: 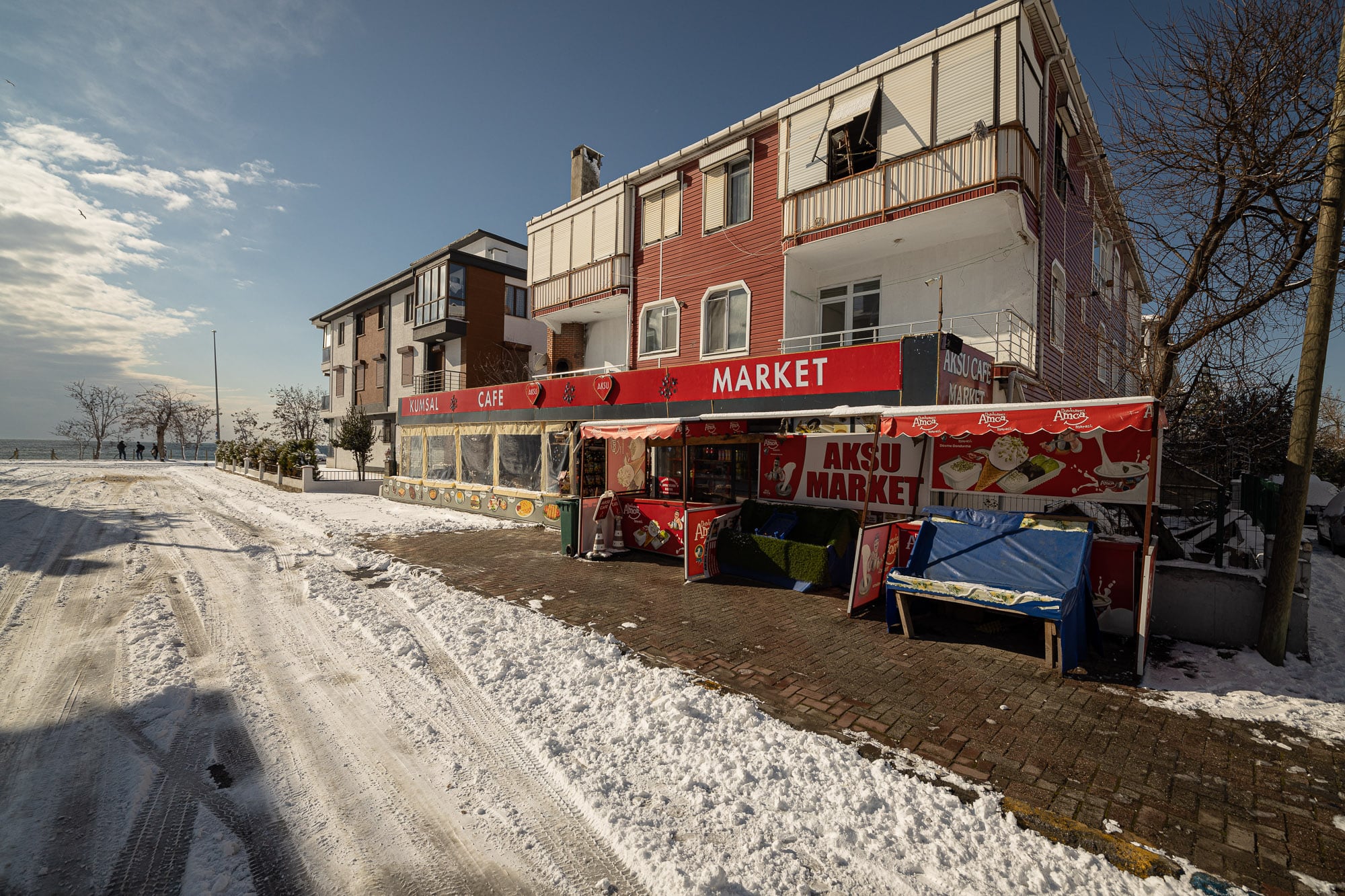 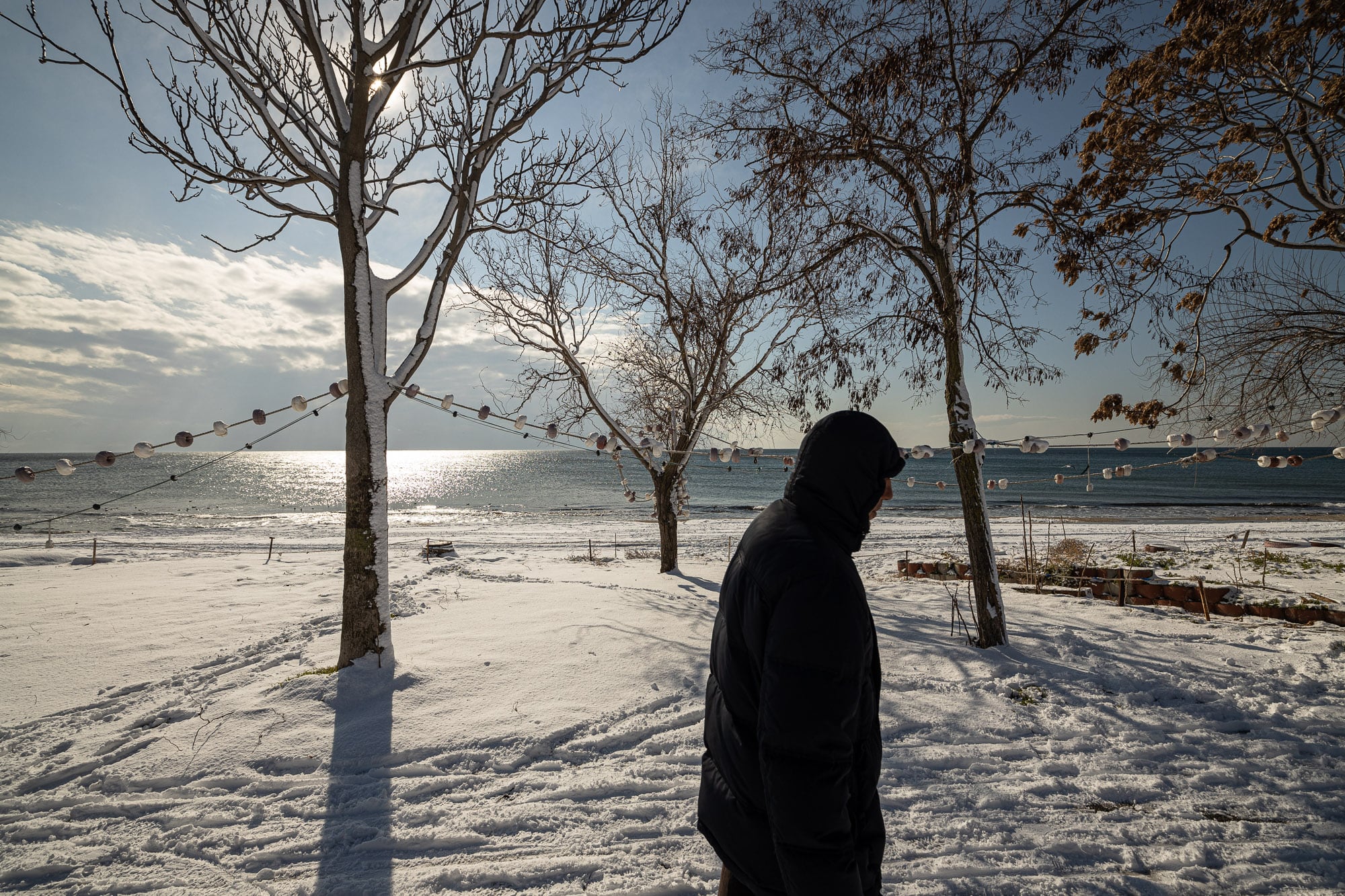 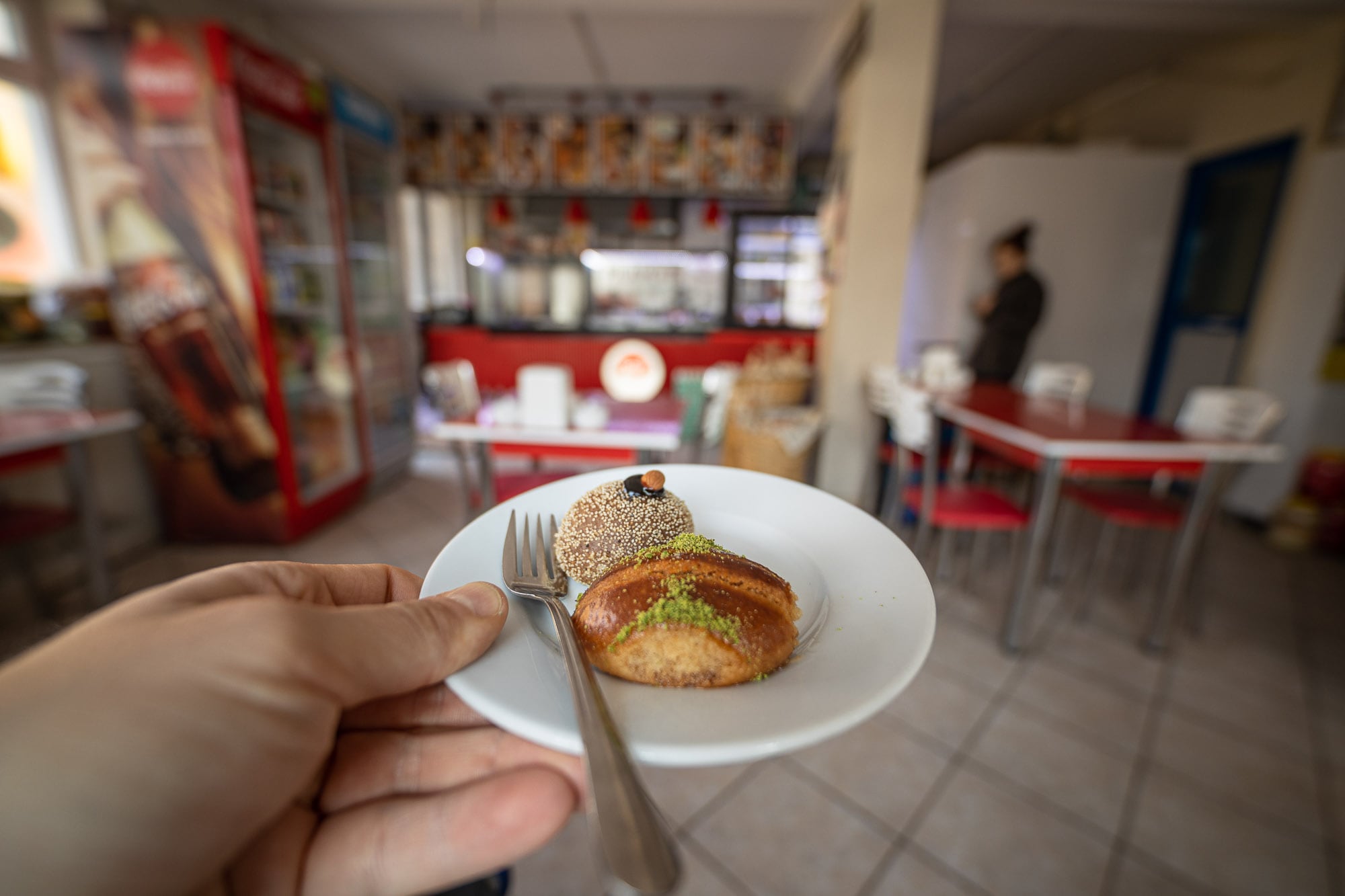 The snow-free part of the walk from Kumburgaz to Silivri: 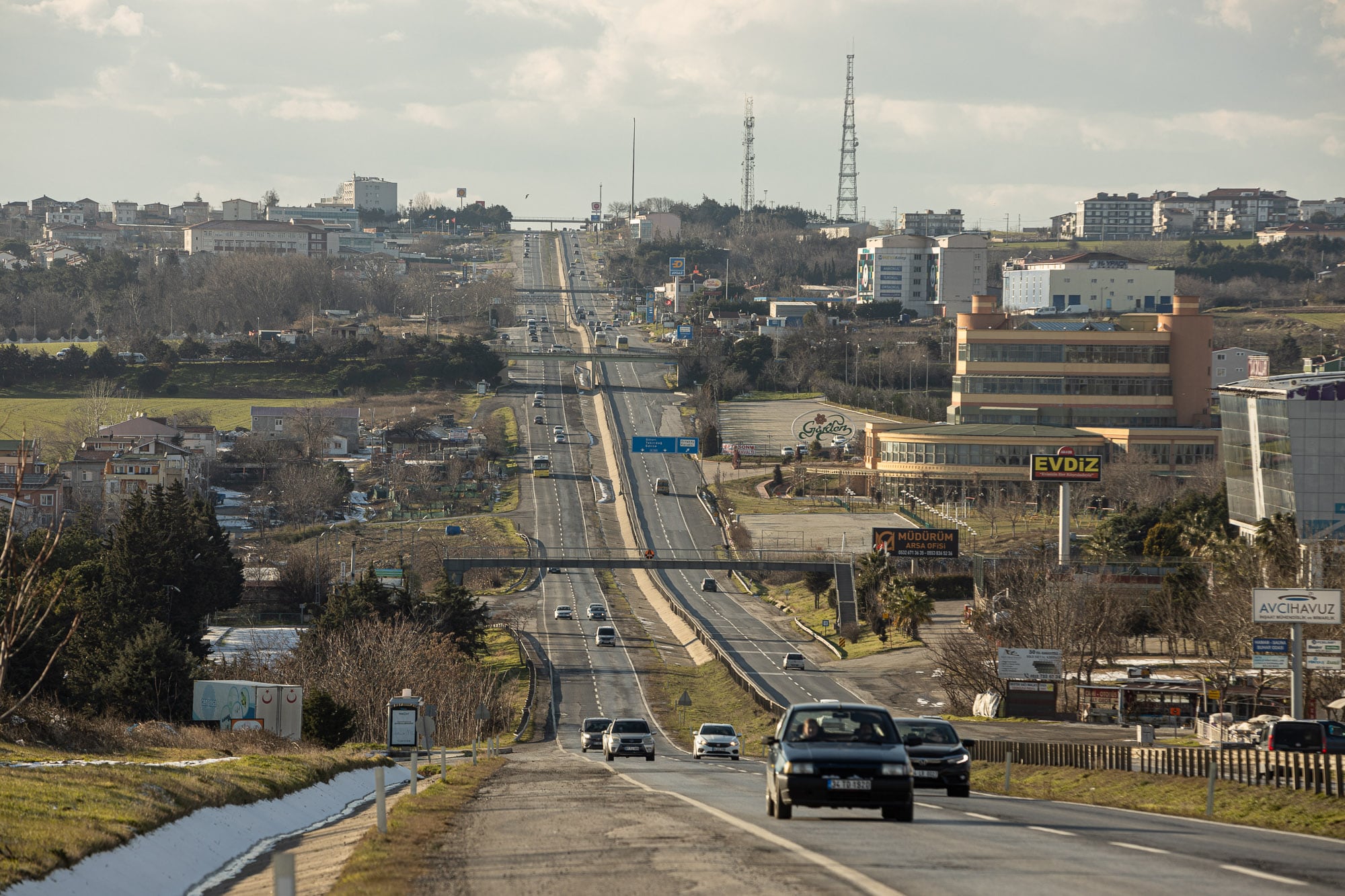 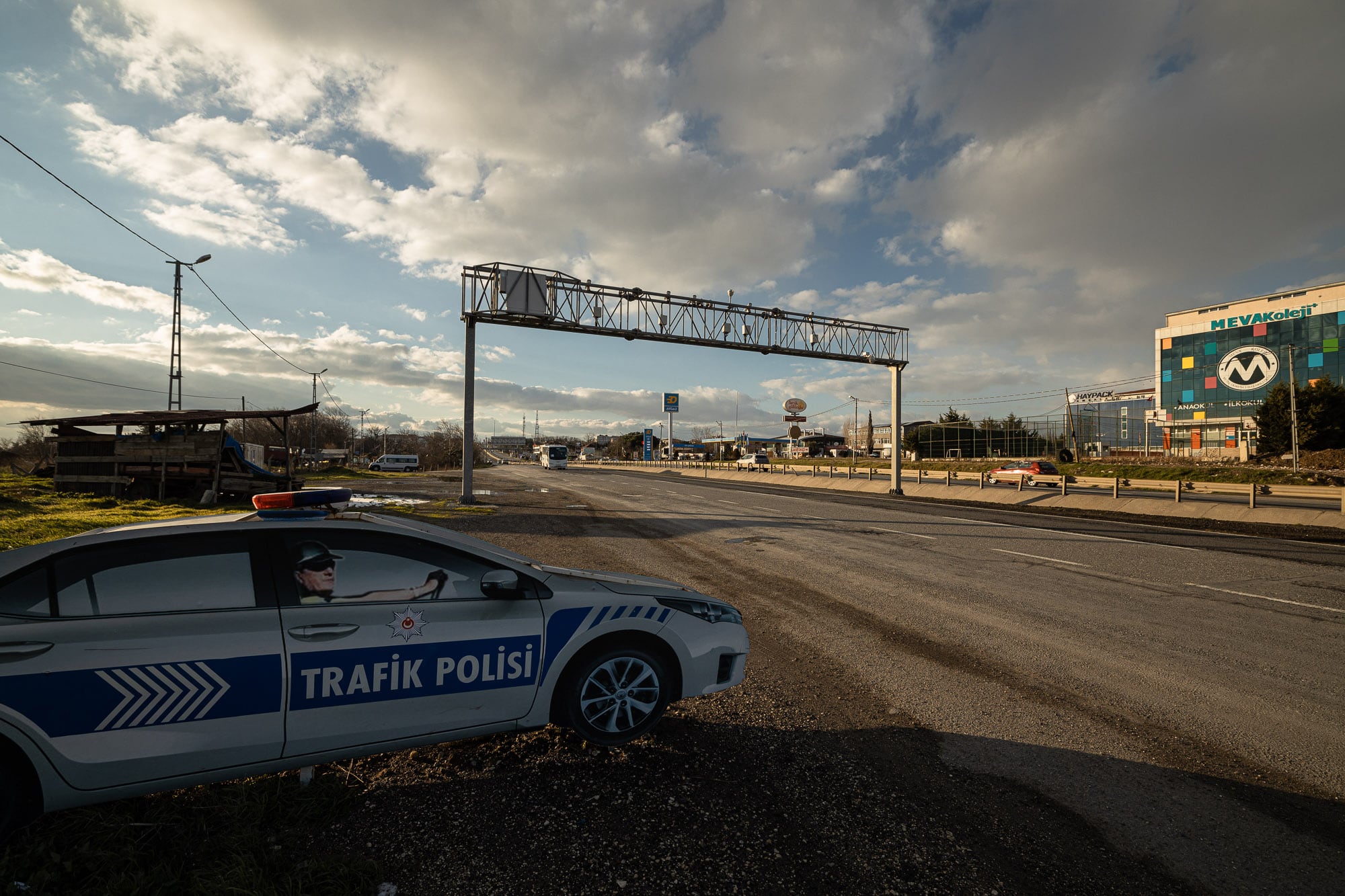 Couches in front of a suspicious building: 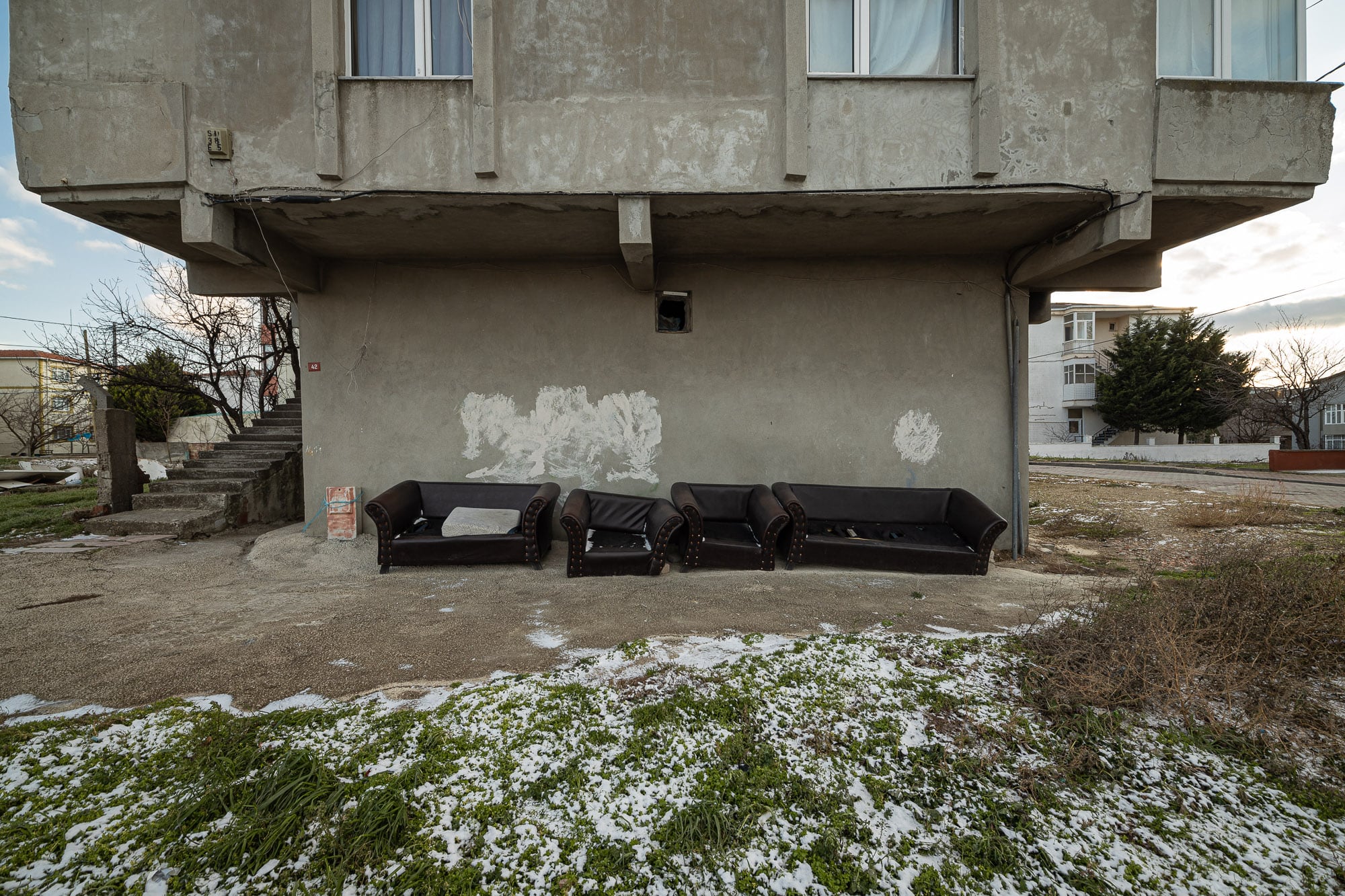 The elbow of a prince: 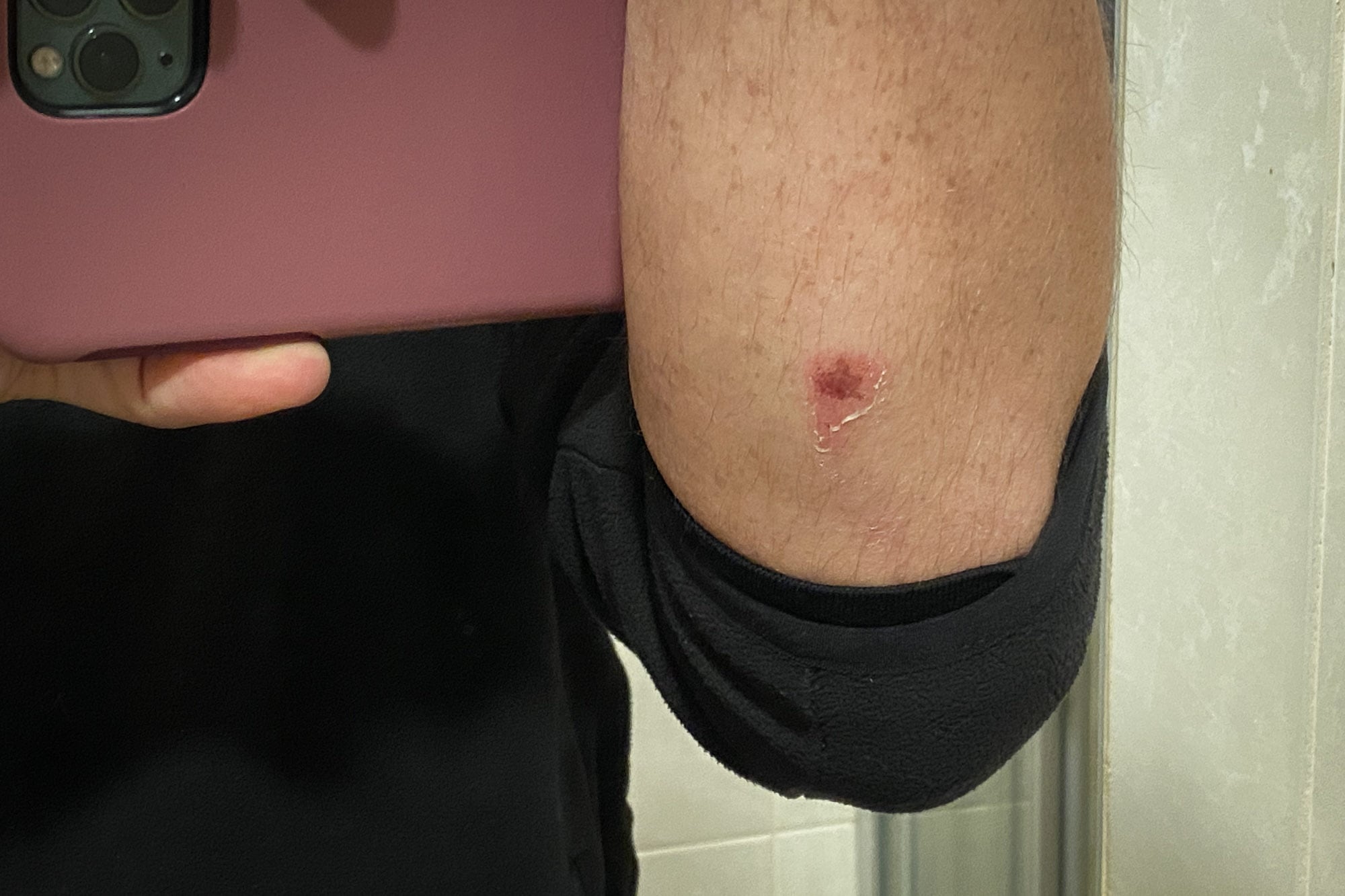 Day 506
from Kumburgaz to Silivri