This post is about a 17km walk from Avcilar to Büyükcekmece. It leads me through one of the worst places I’ve ever come through.

What a day. I had stayed the night in a small but clean hotel in one of the backstreets of Avcilar, and so my mood wasn’t too bad when I started walking.

That was until I got to see the city in the light of day.

Avcilar was an abomination. I had seen some shitty city planning before (mostly in China and in Iran) but this was right up there with the worst of them.

Avcilar is what happens when you take two hills on a peninsula and cover ninety percent of them with apartment blocks. Then you run a massive three-lane highway right through the middle of it all, and you proceed to add some side roads that also have three lanes each. If there’s any remaining space left you are free to cover it with car dealerships and parking lots. Is it loud and polluted and full of concrete and steel? Well, congratulations, you have made an Avcilar!

I felt bad for the people living there. And then I felt angry.

As it turned out, Avcilar wasn’t just divided by one massive highway. No, that would have been too easy. Right in the center of the city, at the lowest point in between the two hills, there was an interchange where the east-west highway met a second one going north-south.

And of course there was no way to cross the thing on foot. Istanbul had the Bosphorus at its center, Avcilar had its highway interchange. I hated it.

When I had finally made it past the worst of it I turned into a side street, ate a cheese pide and rested for a while. Then I ran into the Angry Lady.

The Angry Lady was riding in the passenger seat of a big fat black Benz that came my way and somehow decided to just stop in the middle of the street, blocking traffic. I was easily irritated at this point, so I said What The Fuck and shook my head, then I walked around the Benz.

This was when the Angry Lady decided it was time to throw a tantrum. She flung her car door open, slamming it into the side of the Caboose. Again I said What The Fuck, upon which she jumped out, ran after me screaming things and hitting the Caboose with her fists.

I turned around and asked her What The Fuck, but that seemed to make her even more enraged. She screamed and kicked the Caboose, then she turned to a parking attendant and tried to get help from him, but he waved her away, and so she got back into the passenger seat of the big fat black Benz, and they drove off.

I was dumbfounded. What The Fuck, I said to everyone and no one in particular, and after a moment of utter confusion I left the scene as well, hoping that she wouldn’t come back with her husband or her brothers or a bunch of friends.

And then, as I walked on, the city finally showed me a more merciful side. The streets grew quieter, and at some point, when I turned around a corner, I could finally see the other side of the peninsula in the late afternoon sun.

Sure, I replied, but you’re driving people insane, you know that, right?

A random patch of green in the concrete hell of Avcilar: 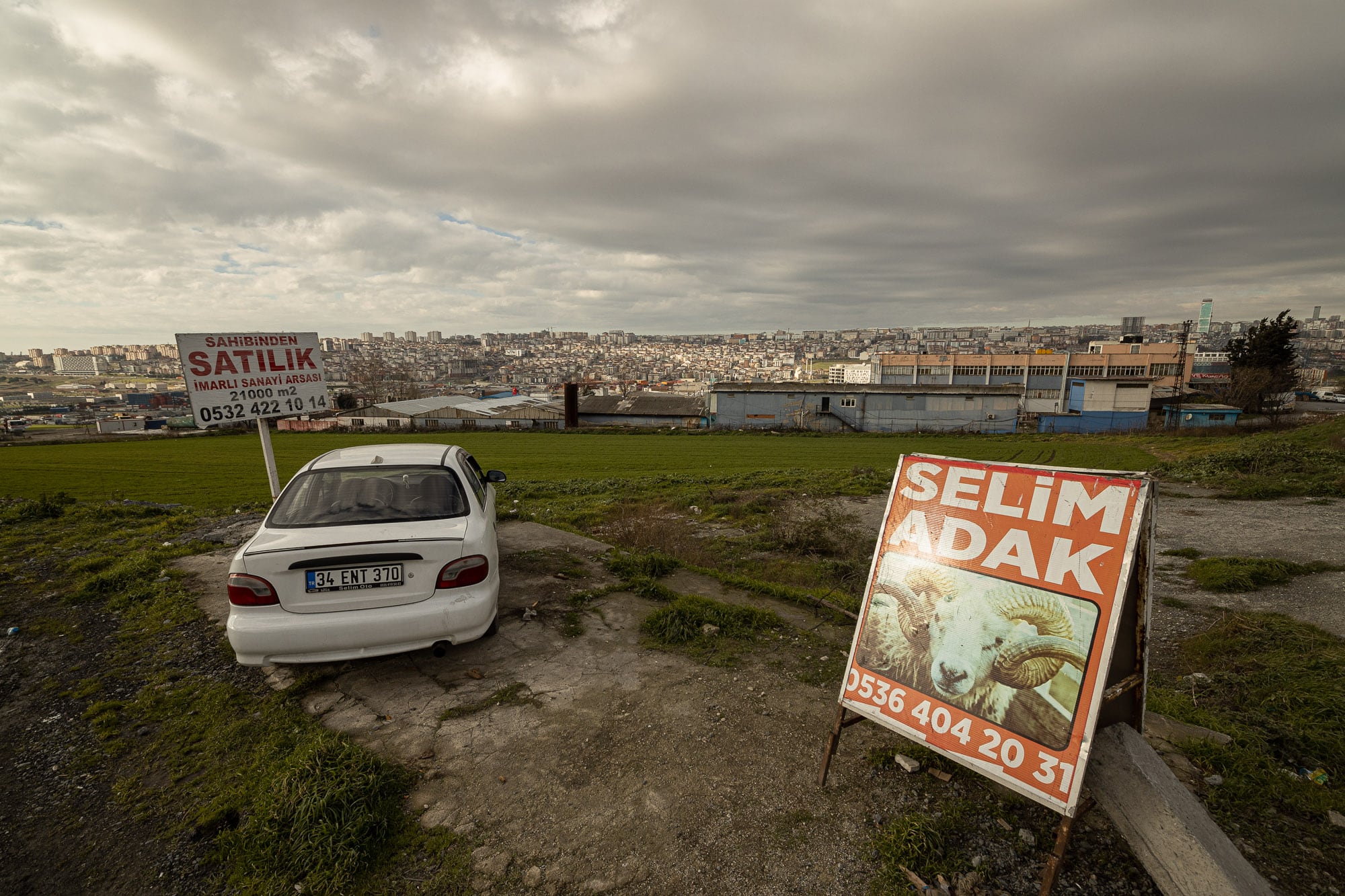 The miserable road to walk from Avcilar to Büyükçekmece: 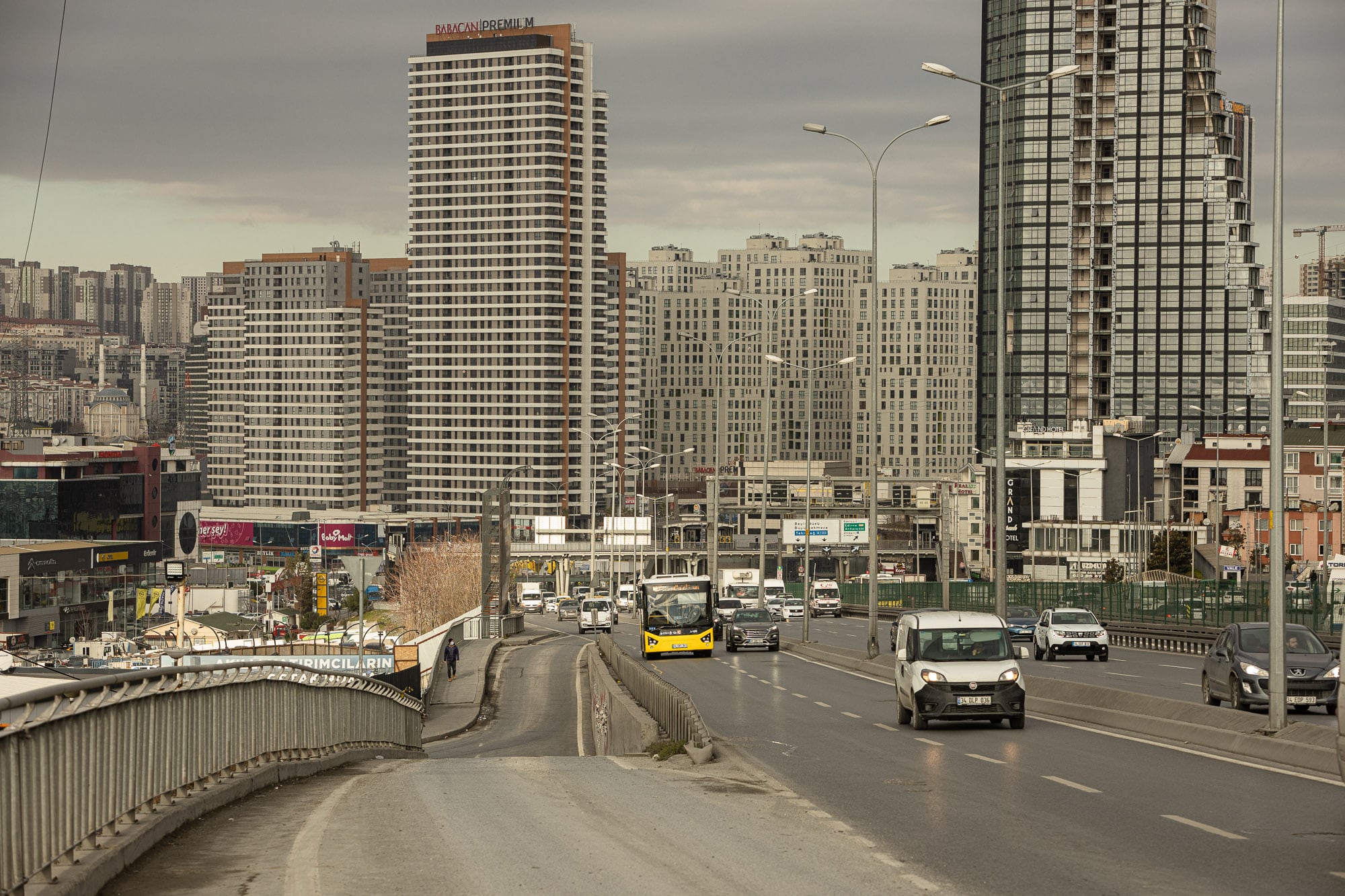 You can buy a car in Avcilar: 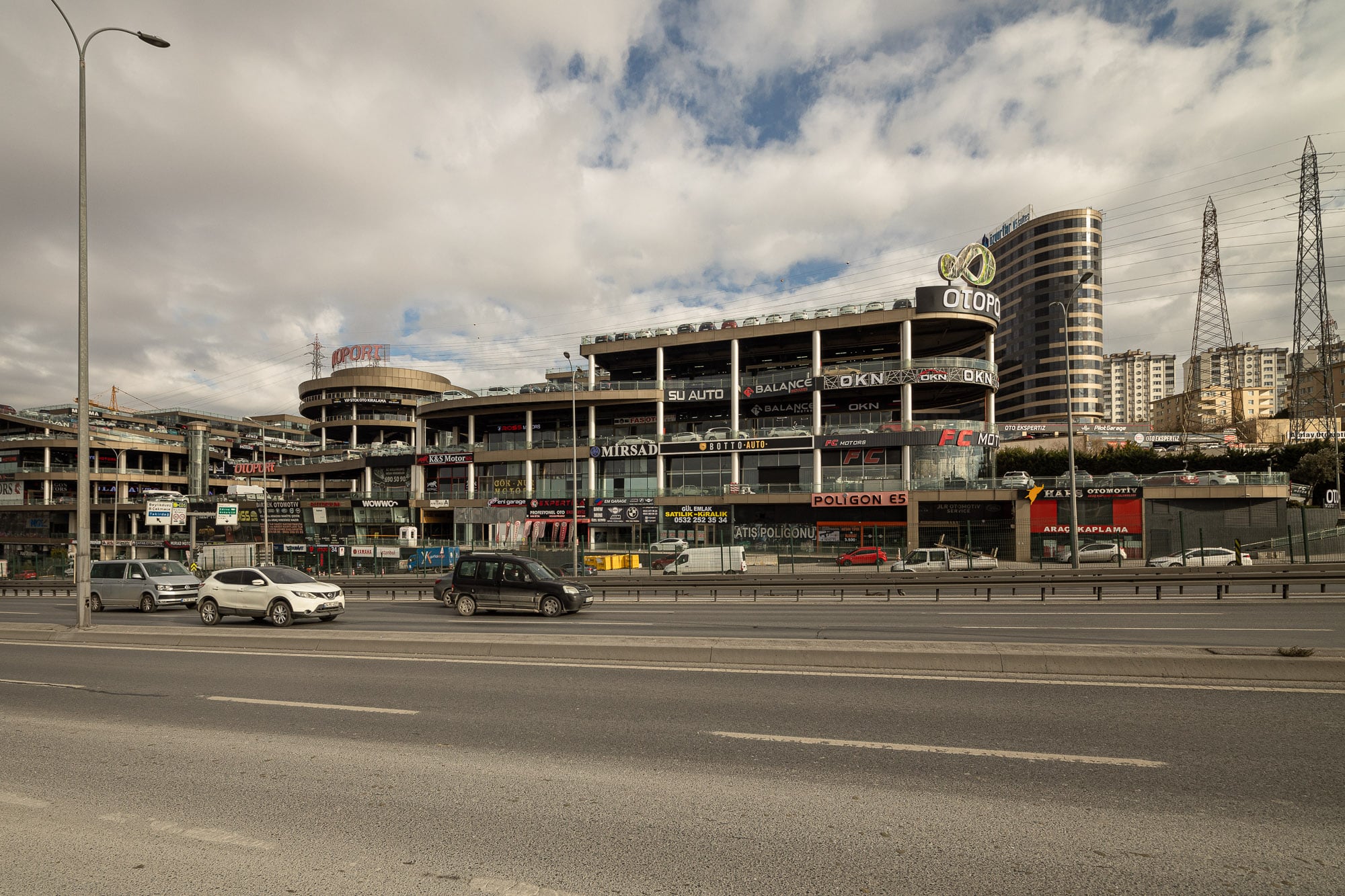 You can get lost in the streets of Avcilar: 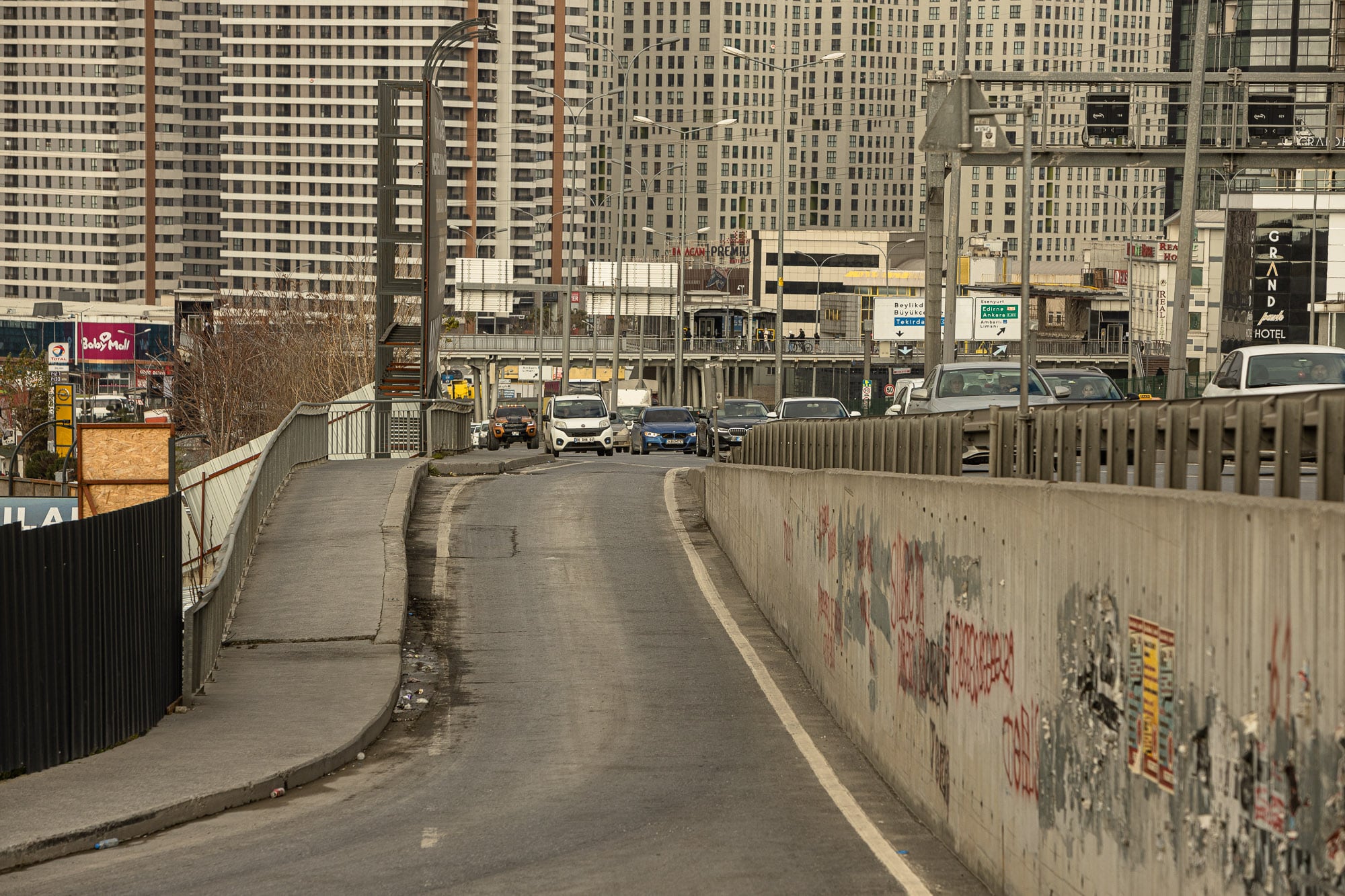 You can park your car in Avcilar: 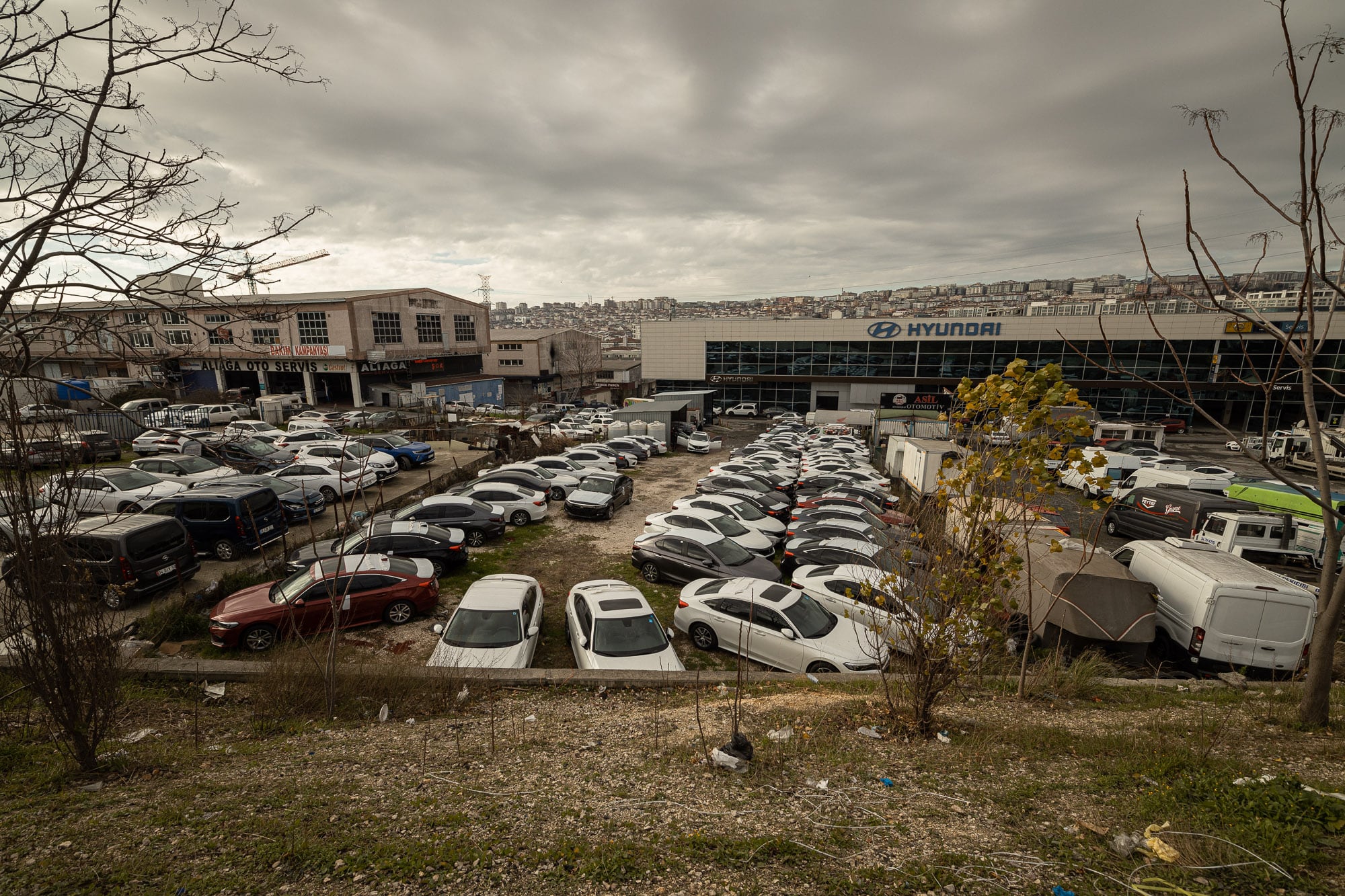 You can cross highways in Avcilar: 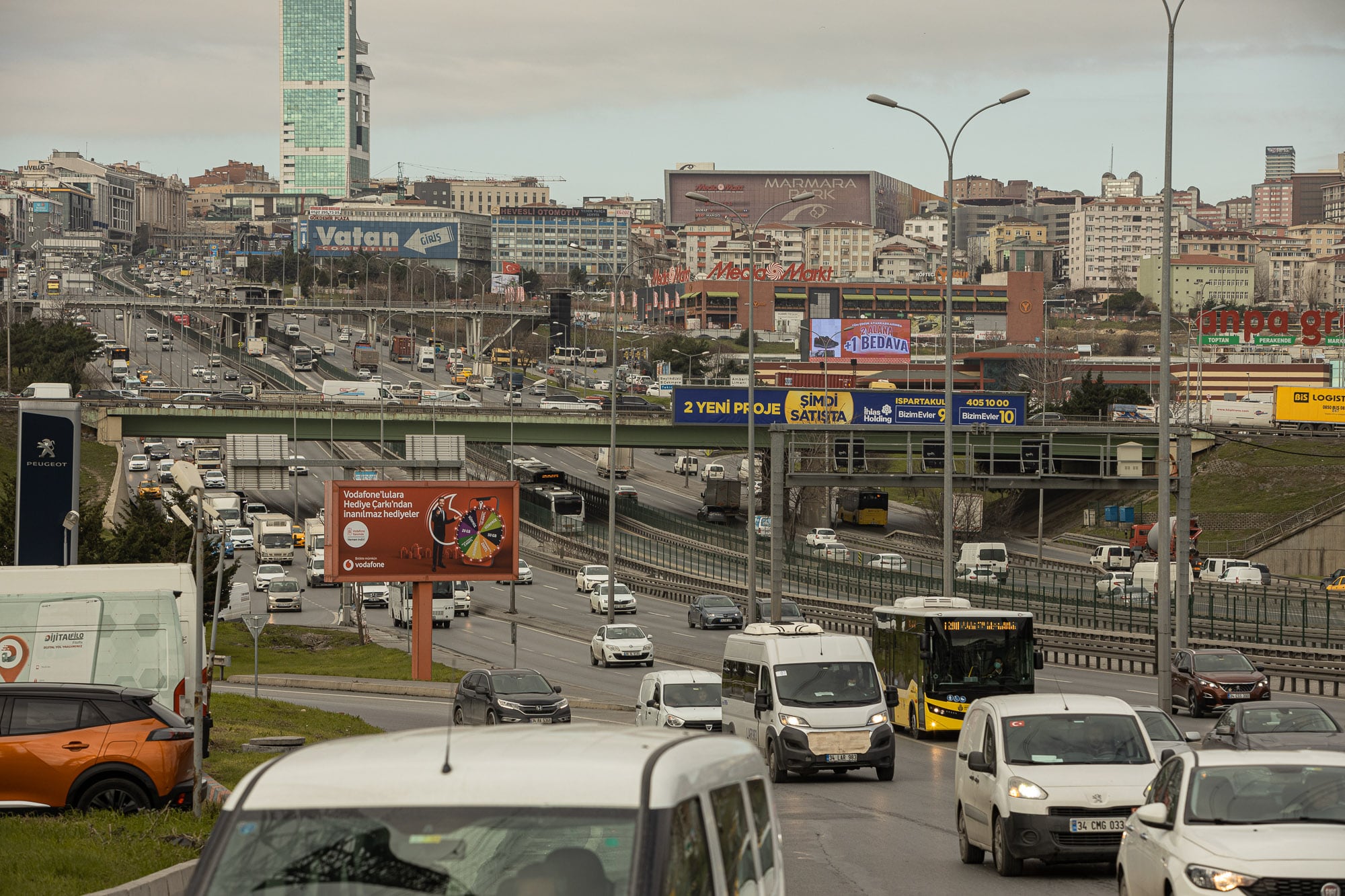 You can see this old bridge that was lost in the middle of the highway interchange: 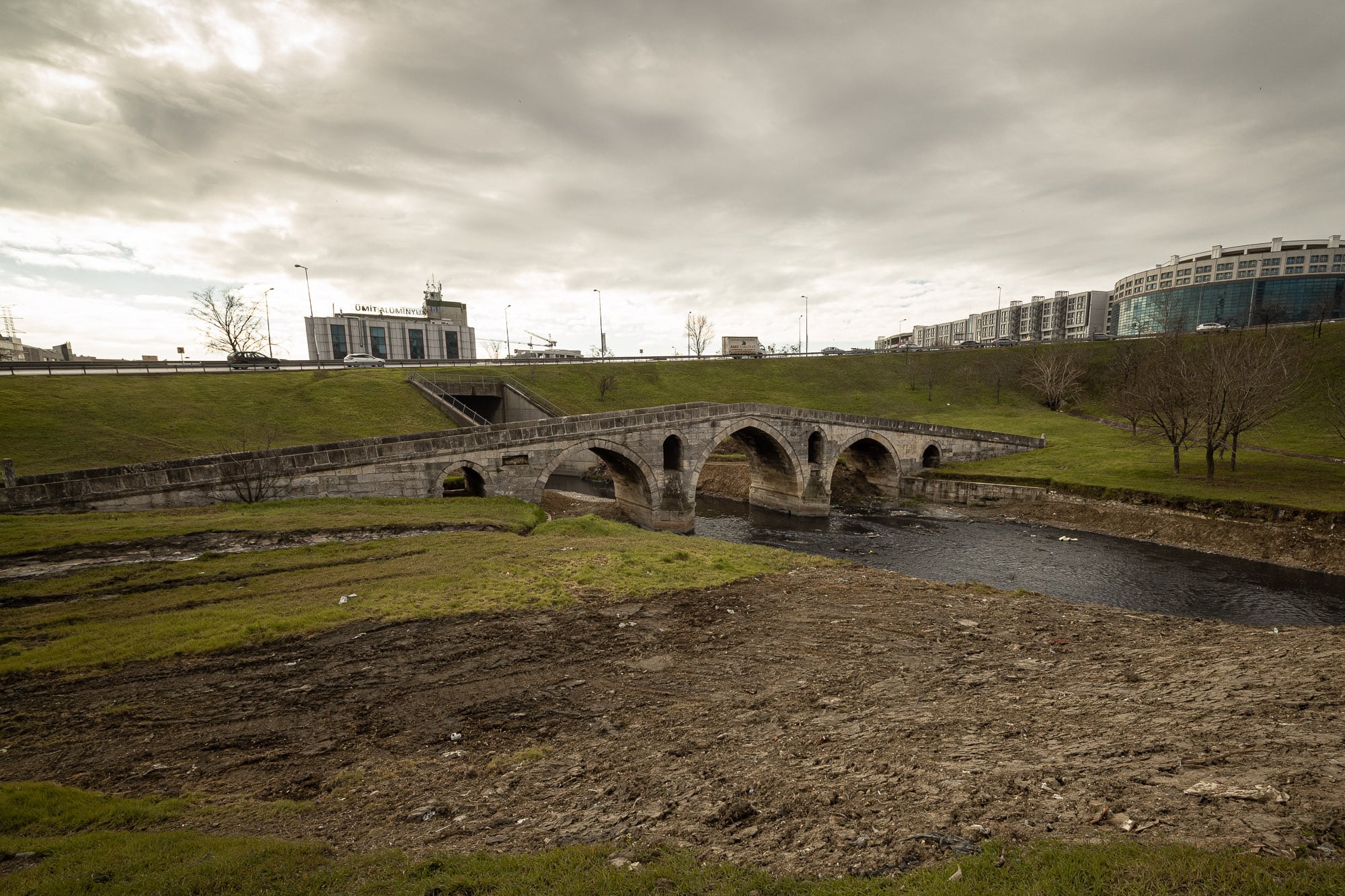 You can live in a residential high rise: 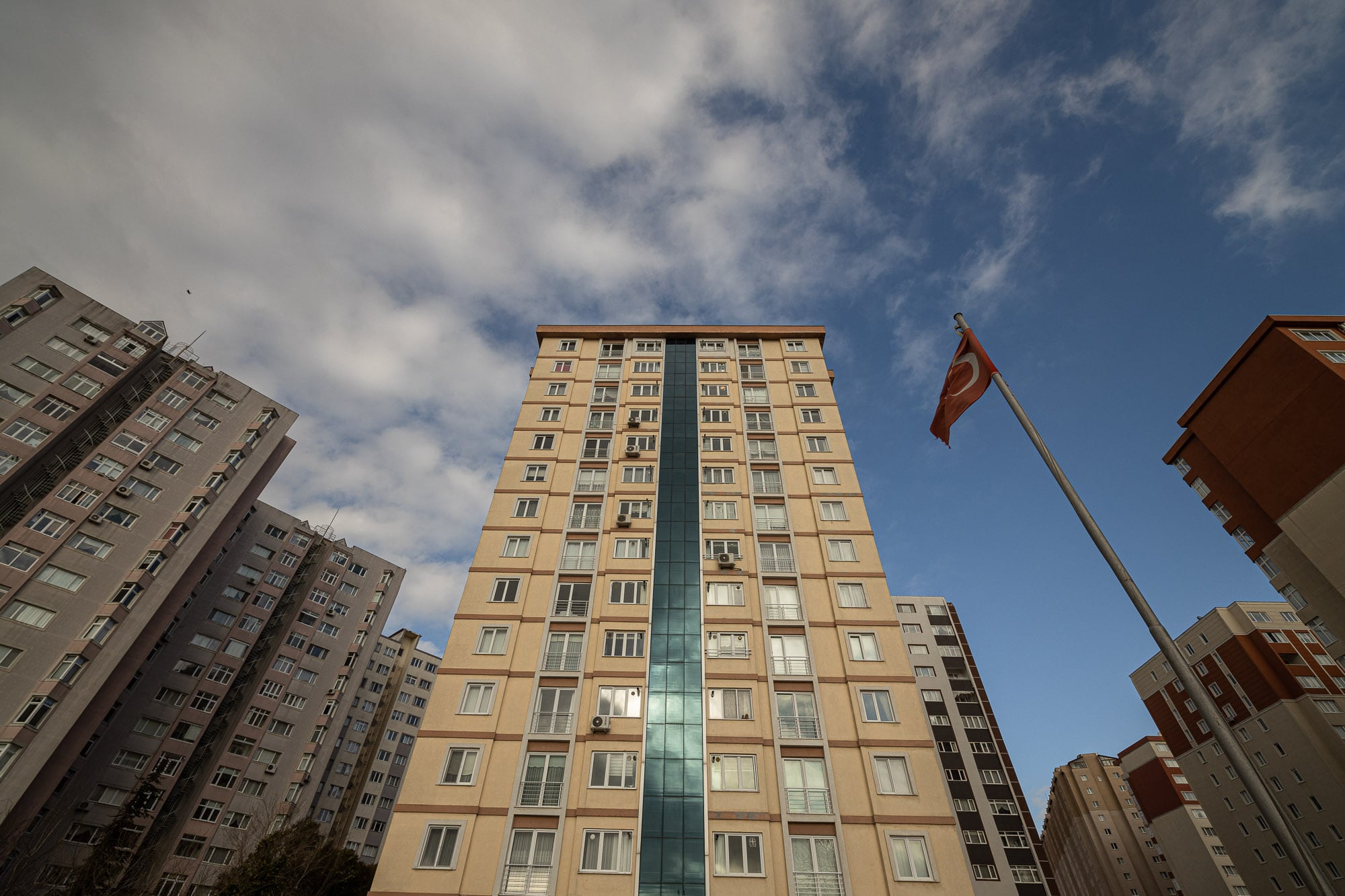 And you can see Atatürk symbolism everywhere in Avcilar: 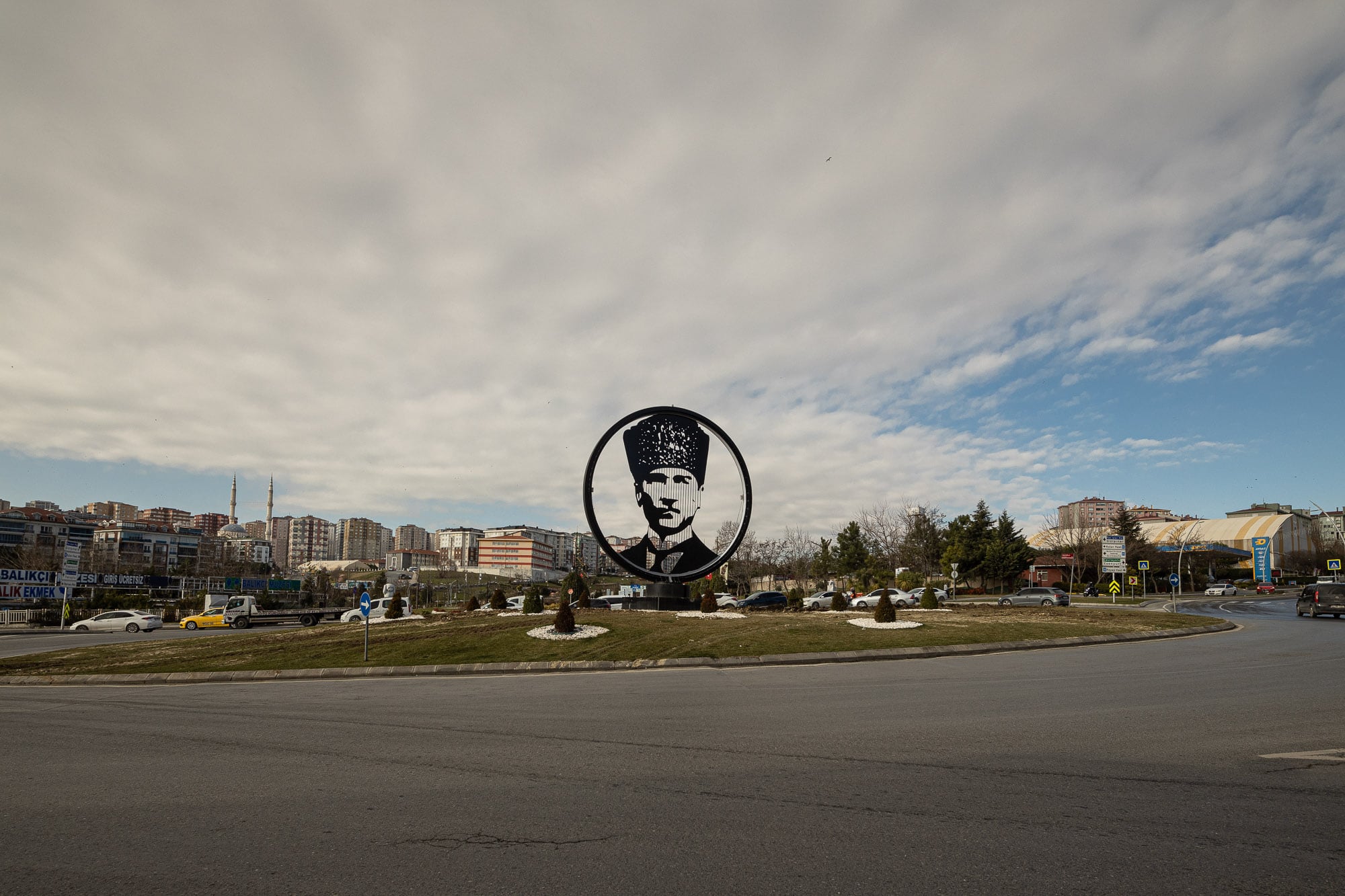 And then it slowly starts getting better: 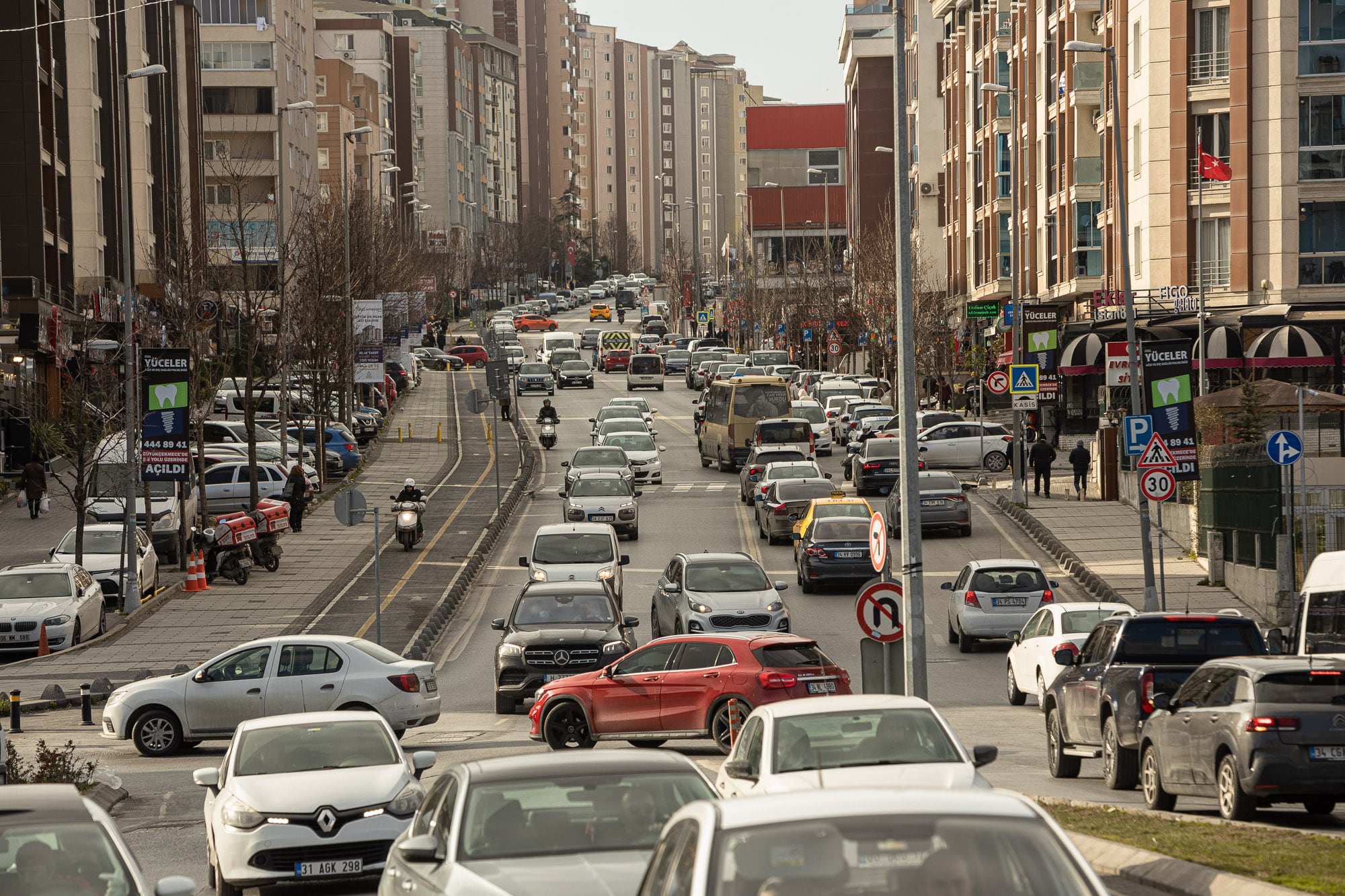 Until you receive Avcilar’s peace offering: 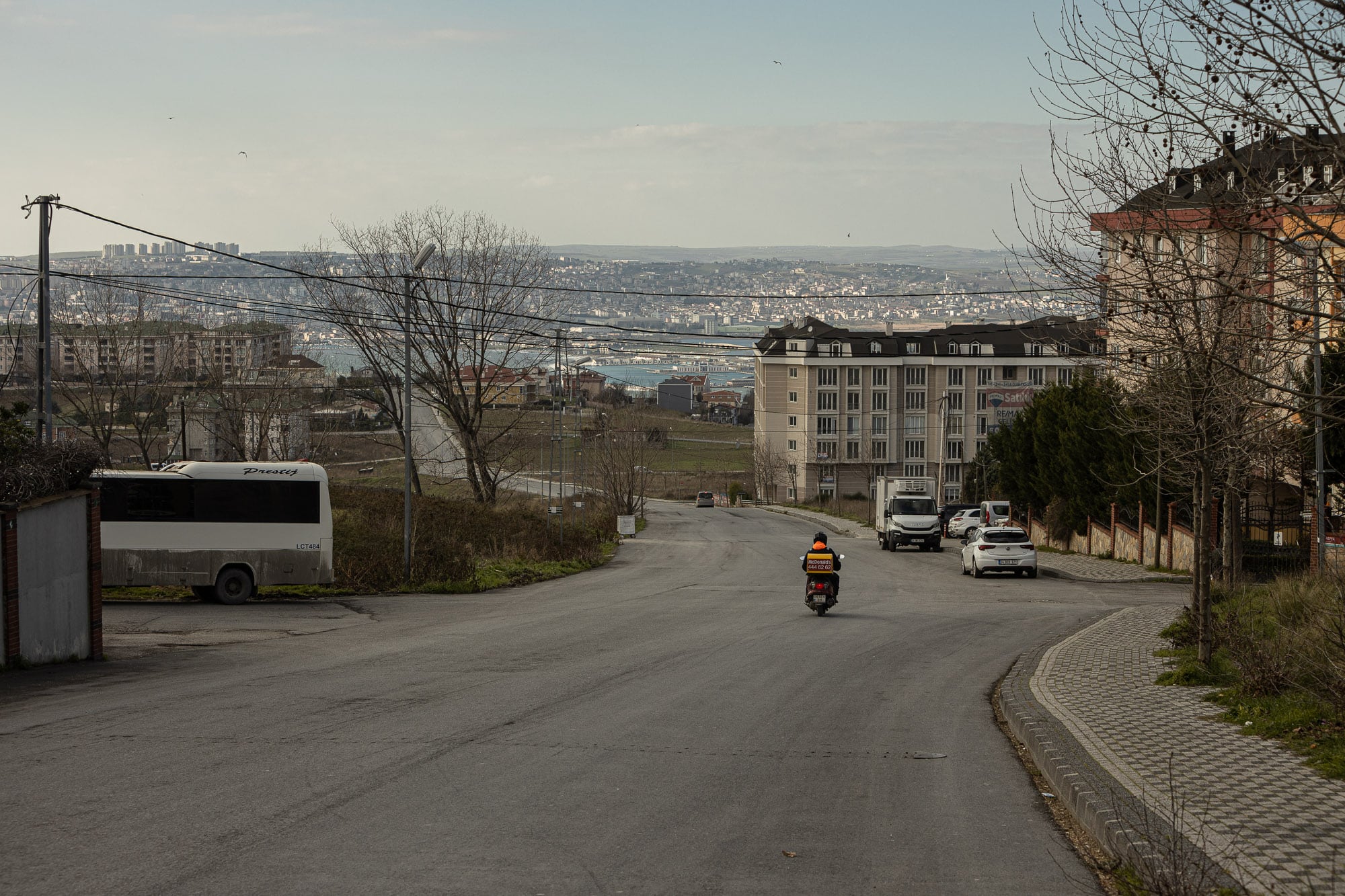 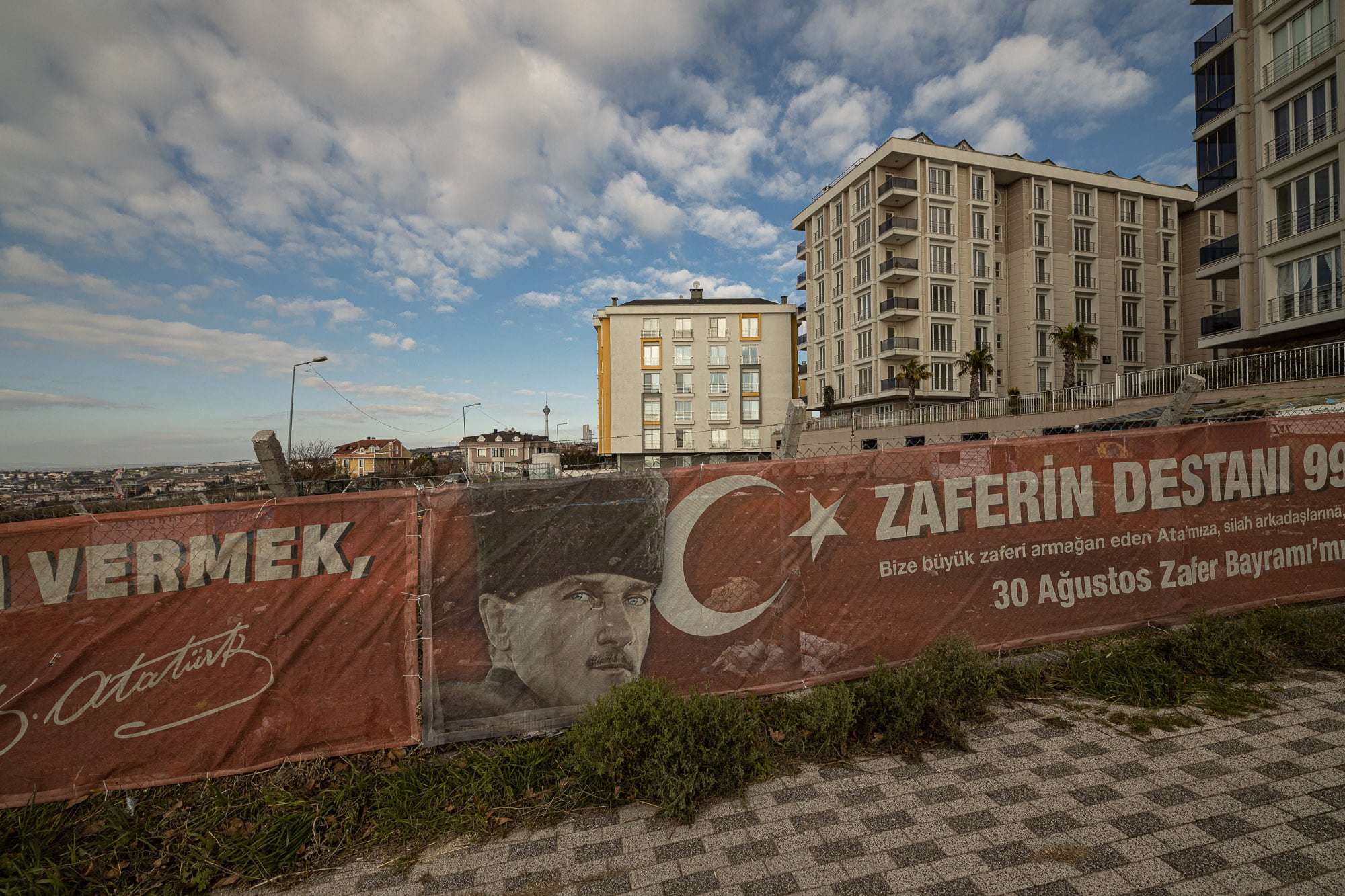 And then this late afternoon view of Büyükcekmece, seen from the angry town called Avcilar: 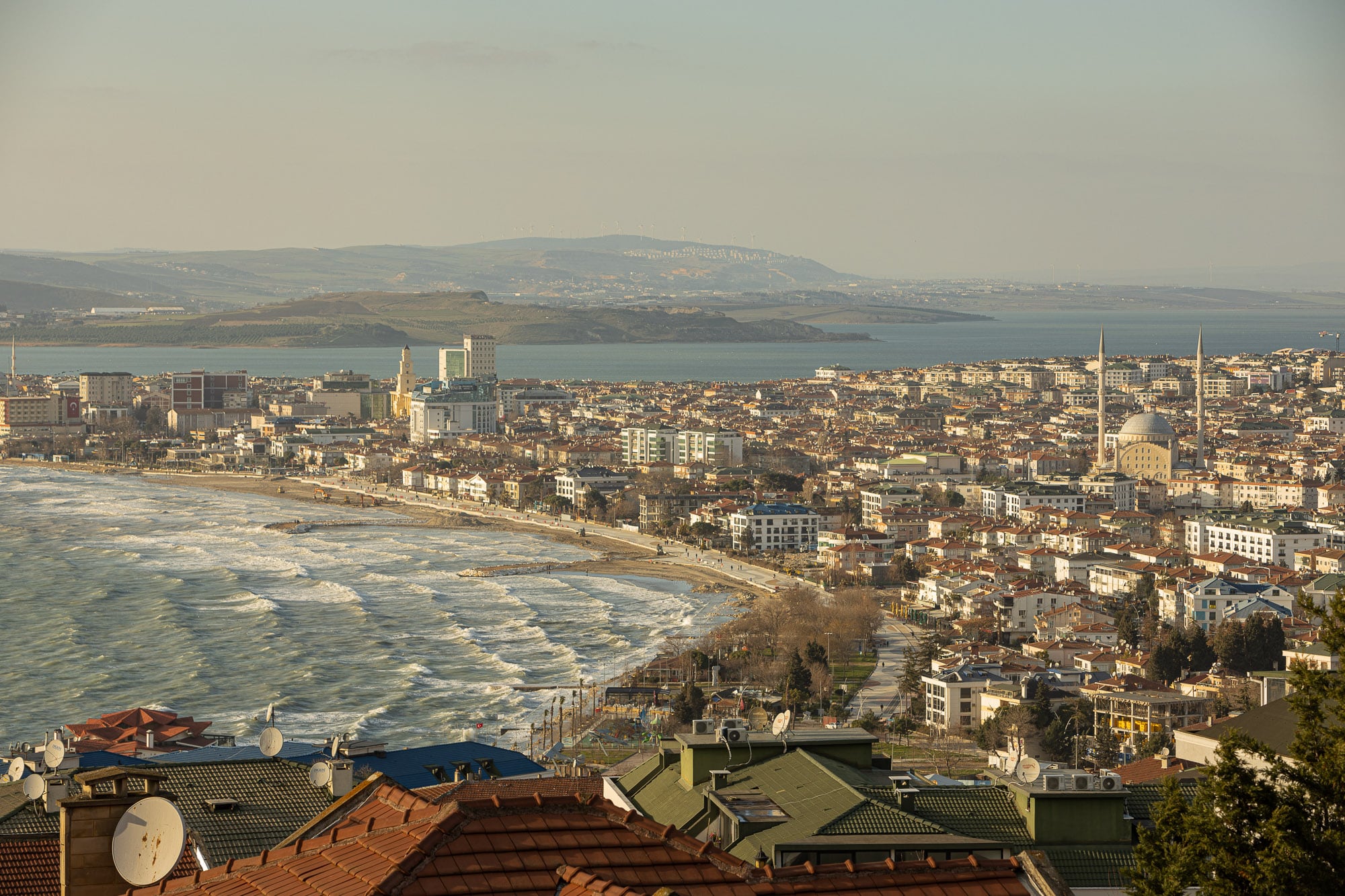 Day 504
from Avcilar to Büyükcekmece