This post is about a 26km walk from Istanbul to Avcilar. It’s easy, then tricky, then easy again. The end feels like torture.

I had a leisurely breakfast, then I used the maintenance elevator to move the Caboose out of the basement. I left the five-star hotel through a door that was being held open by a doorman. Like a boss.

Walking was easy for a while. The streets were quiet, and the sidewalks were wide. There were trees. Sometimes it felt as if I were in a city in northern Germany. Maybe Bielefeld or Buxtehude. Or Hannover.

It all changed when I got close to the old Istanbul Atatürk Airport. I had been there several times before, waiting for connecting flights, looking for wifi connections, staring at overpriced bottles of vodka in the duty-free. And now I was here with the Caboose, outside of the airport, trying to find a way to walk around it.

It was miserable. The roads were highways, and they were winding around and around in patterns that didn’t seem to make sense. I got lost a few times, and once I ended up walking around on a patch of grass. Also, it was cold, and the thing that made everything worse was that I didn’t dare to stop for a break or to take pictures, because I didn’t want to provoke the police.

The thought of me being illegally in the country was always on my mind. It was rarely the only thing on my mind, but it was always there. Like a news ticker running at the bottom of a TV broadcast.

KEEP YOUR HEAD DOWN, it said, JUST GET TO THE BORDER.

When I finally made it to the coastline I breathed a sigh of relief. I poured some tea, and when a cat walked by I picked her up and we sat in the sun for a while. It was good. People were strolling up and down the coastal promenade, and every once in a while an airplane would descend right over our heads and land at the airport.

I remembered how I had been on one of those planes, looking out from one of the little windows, wondering what it was like down there where the water turned to land. And now here I was, on the shore of the Sea of Marmara, with the Caboose and a mug of tea, petting a random cat.

Of course it didn’t stay that way. I had identified the problem long ago, or rather: the Kantian had identified it for me when we were studying the map. I would have to cross a narrow strip of land that separated a lake from the sea. The problem was that the strip was so narrow that there was only the highway to walk on, with no alternative routes. I hated it.

And I was right. Walking next to the highway felt like torture. It was okay as long as there was a sidewalk, but sometimes that sidewalk was so narrow that the Caboose wouldn’t fit on it. Darkness had fallen, and yet the traffic was still dense. Looking into the stream of approaching car lights, I cursed the universe. 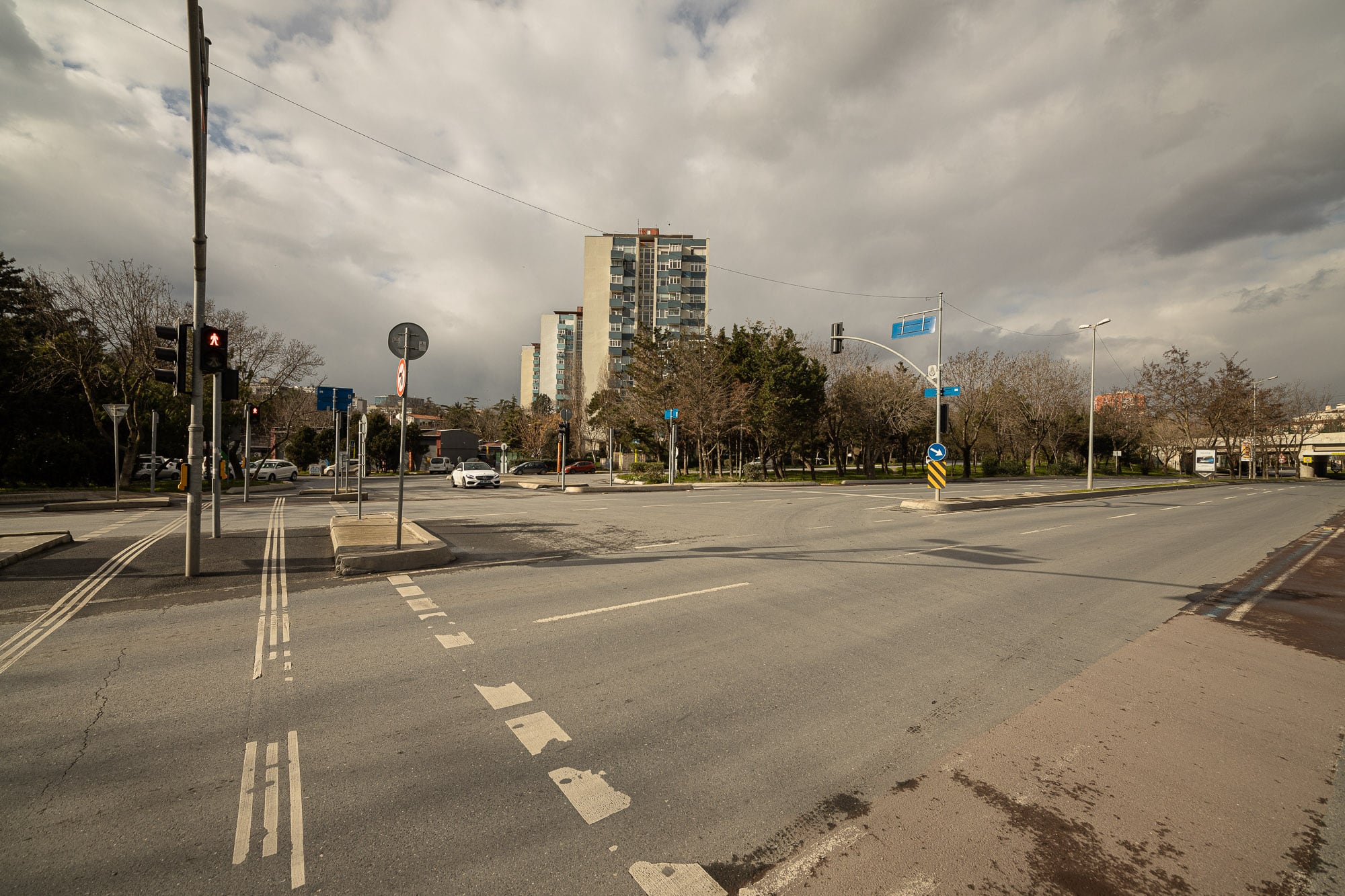 Hope Is No More: 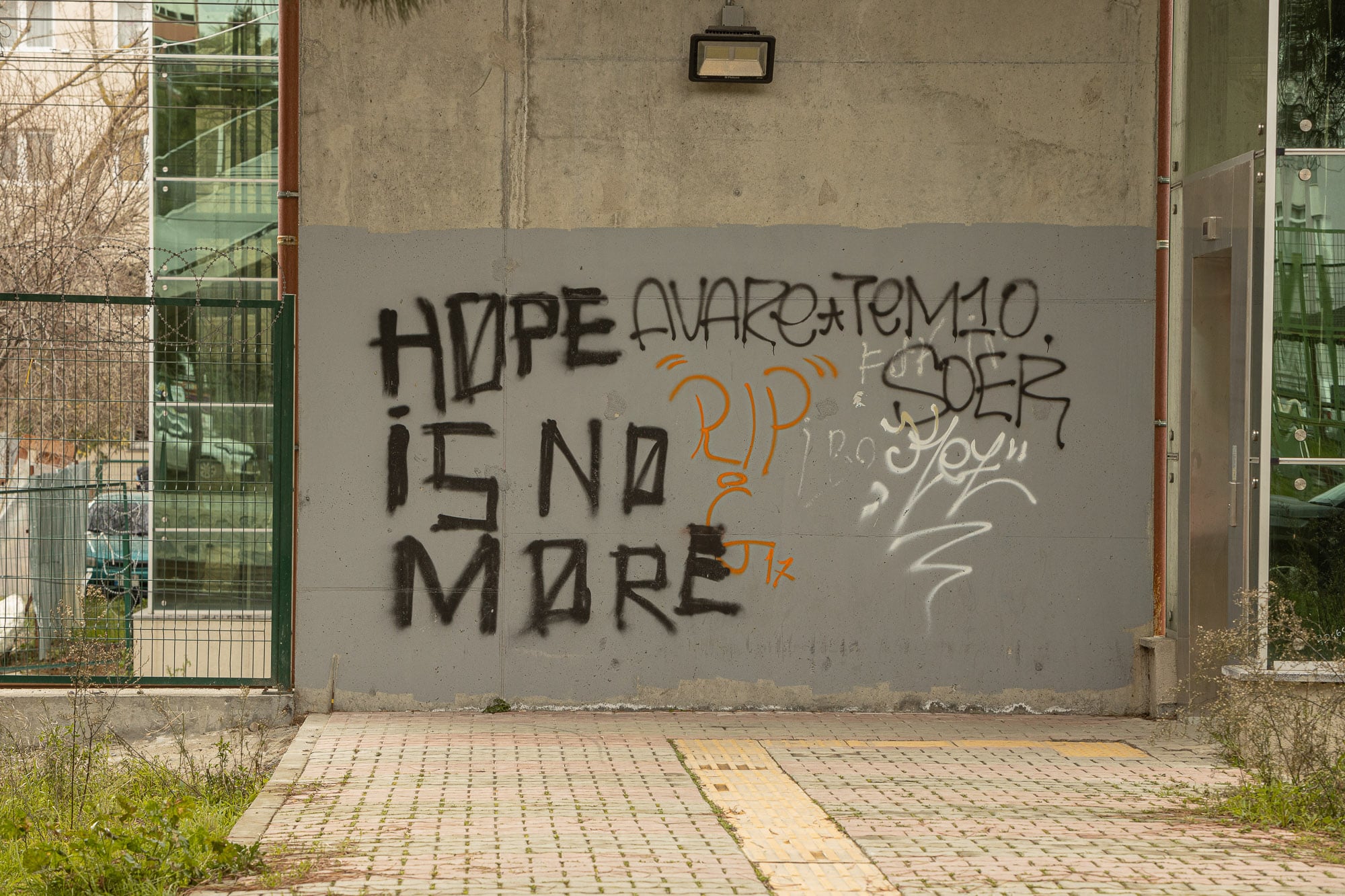 Quiet part of the walk from Istanbul to Avcilar: 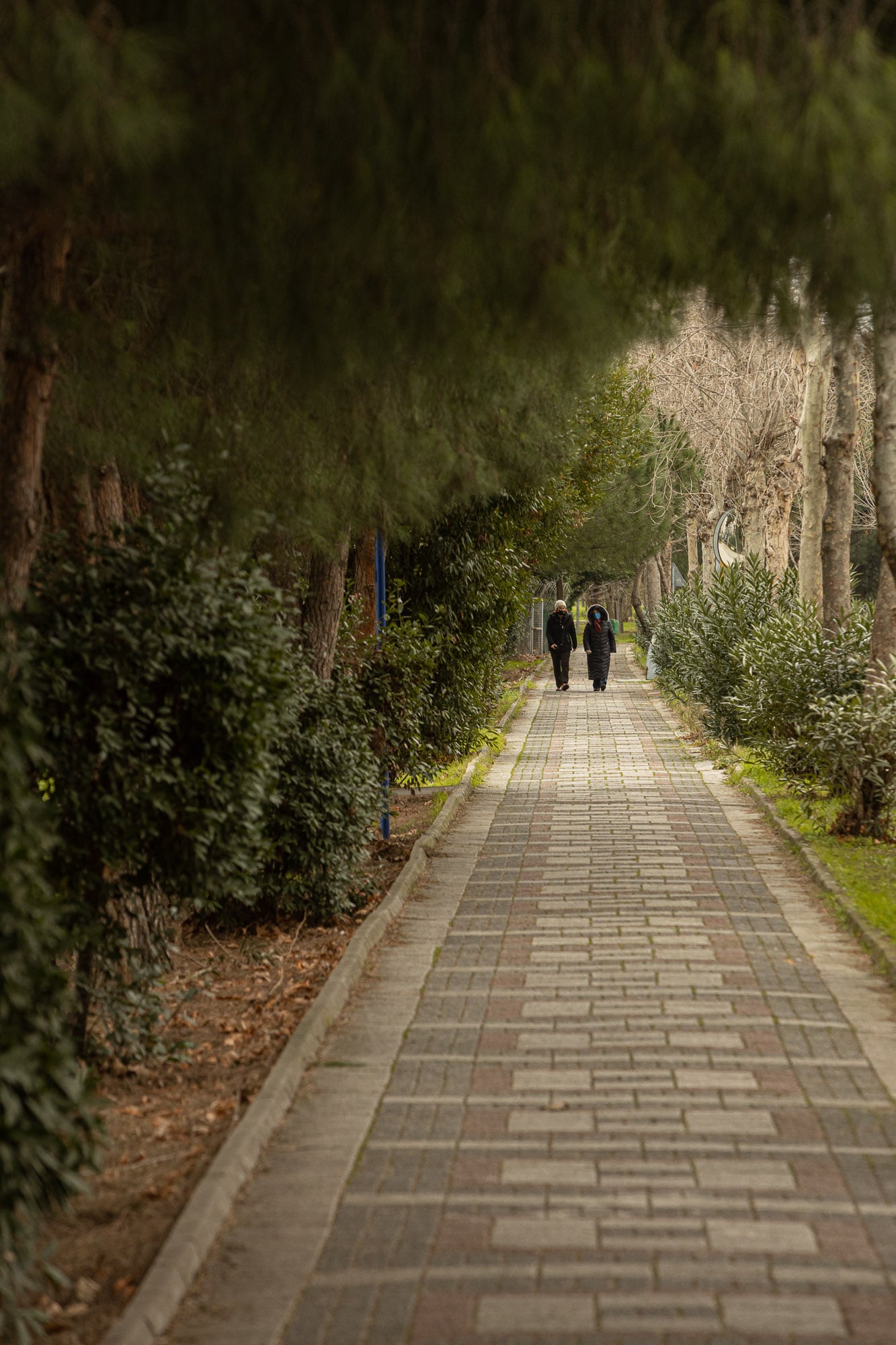 Crossing a highway on the grass: 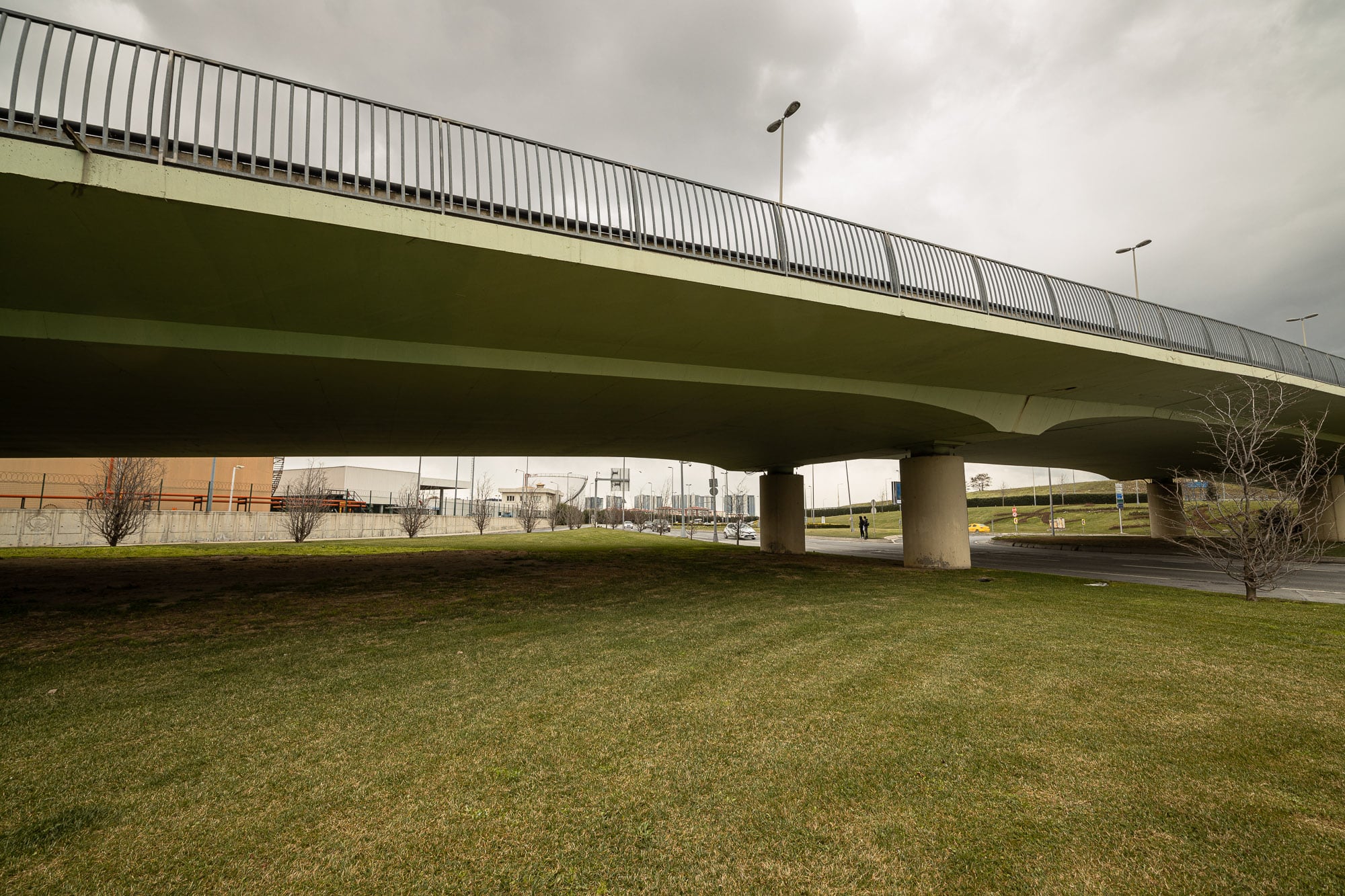 Walking break next to someone’s house: 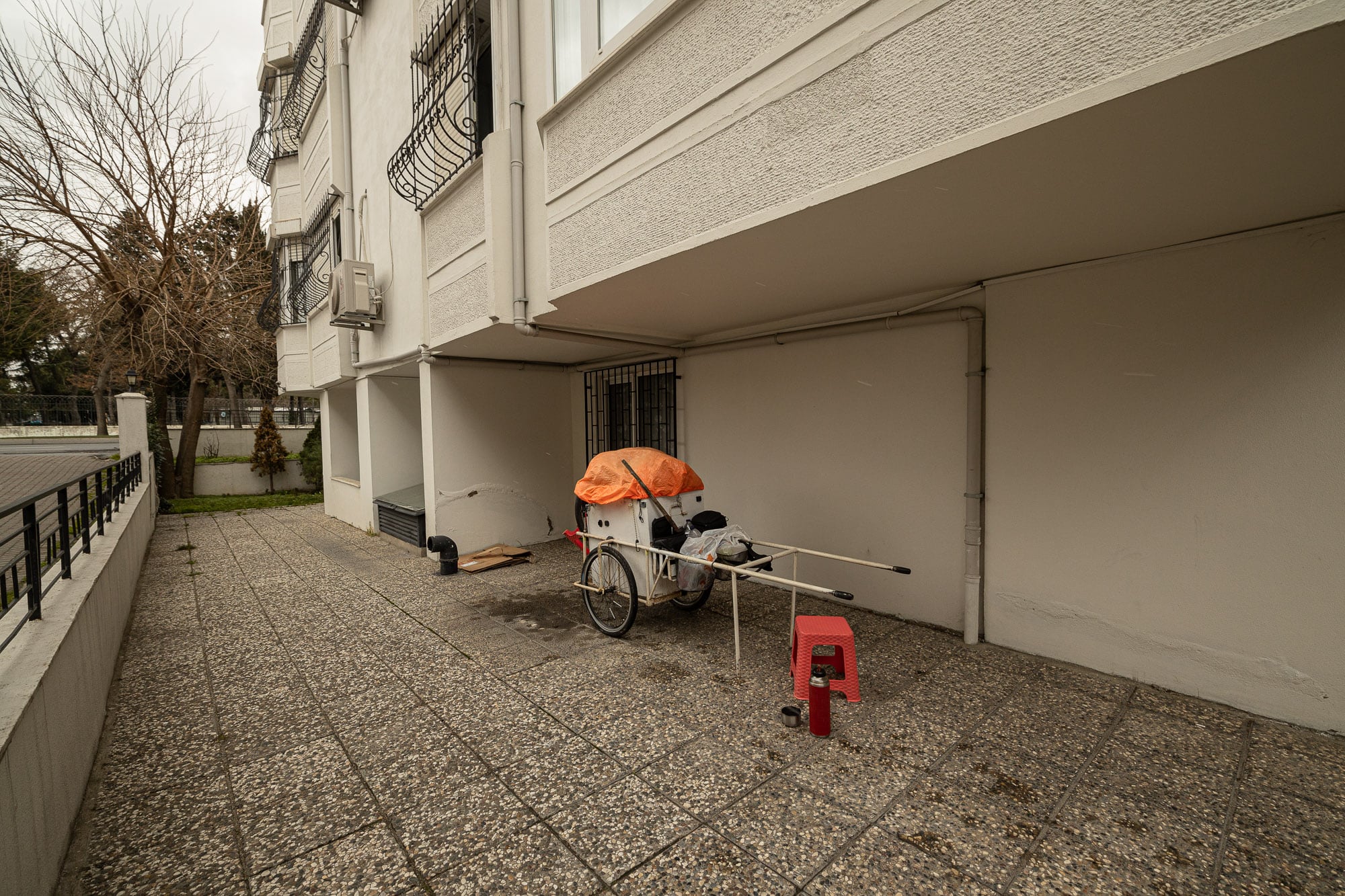 Cat watching over the Sea of Marmara: 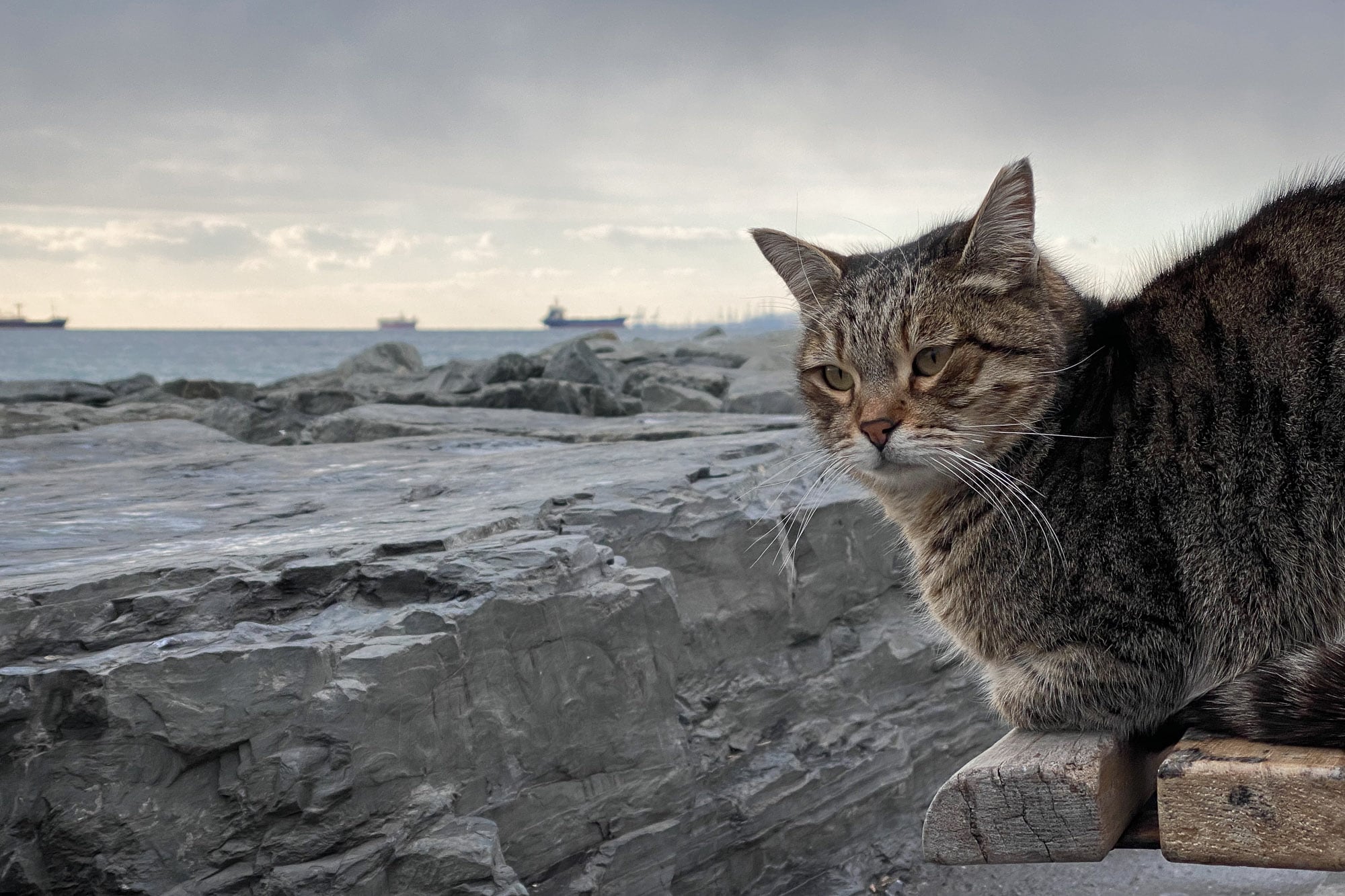 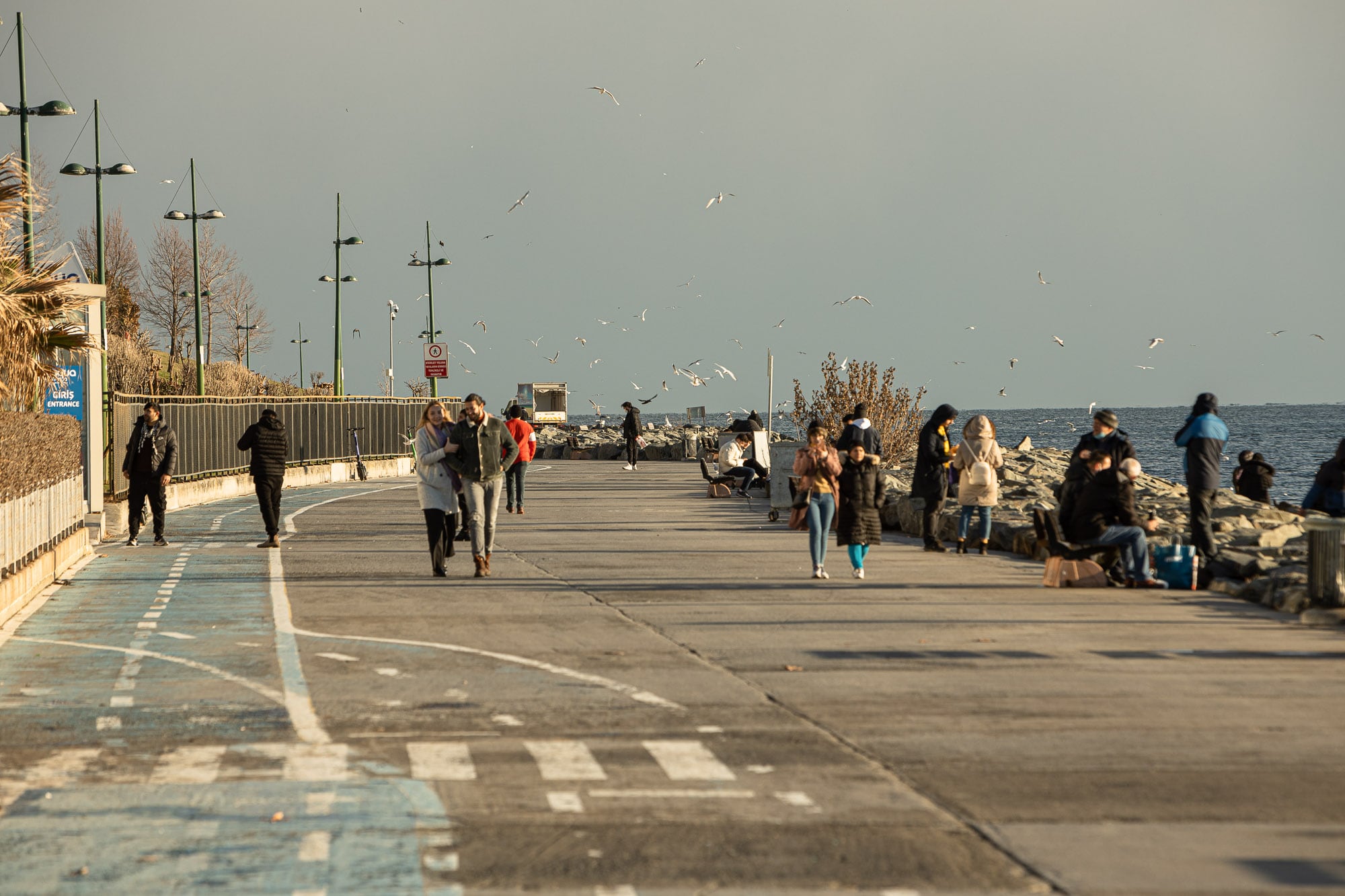 Bad stretch of road on the walk from Istanbul to Avcilar: 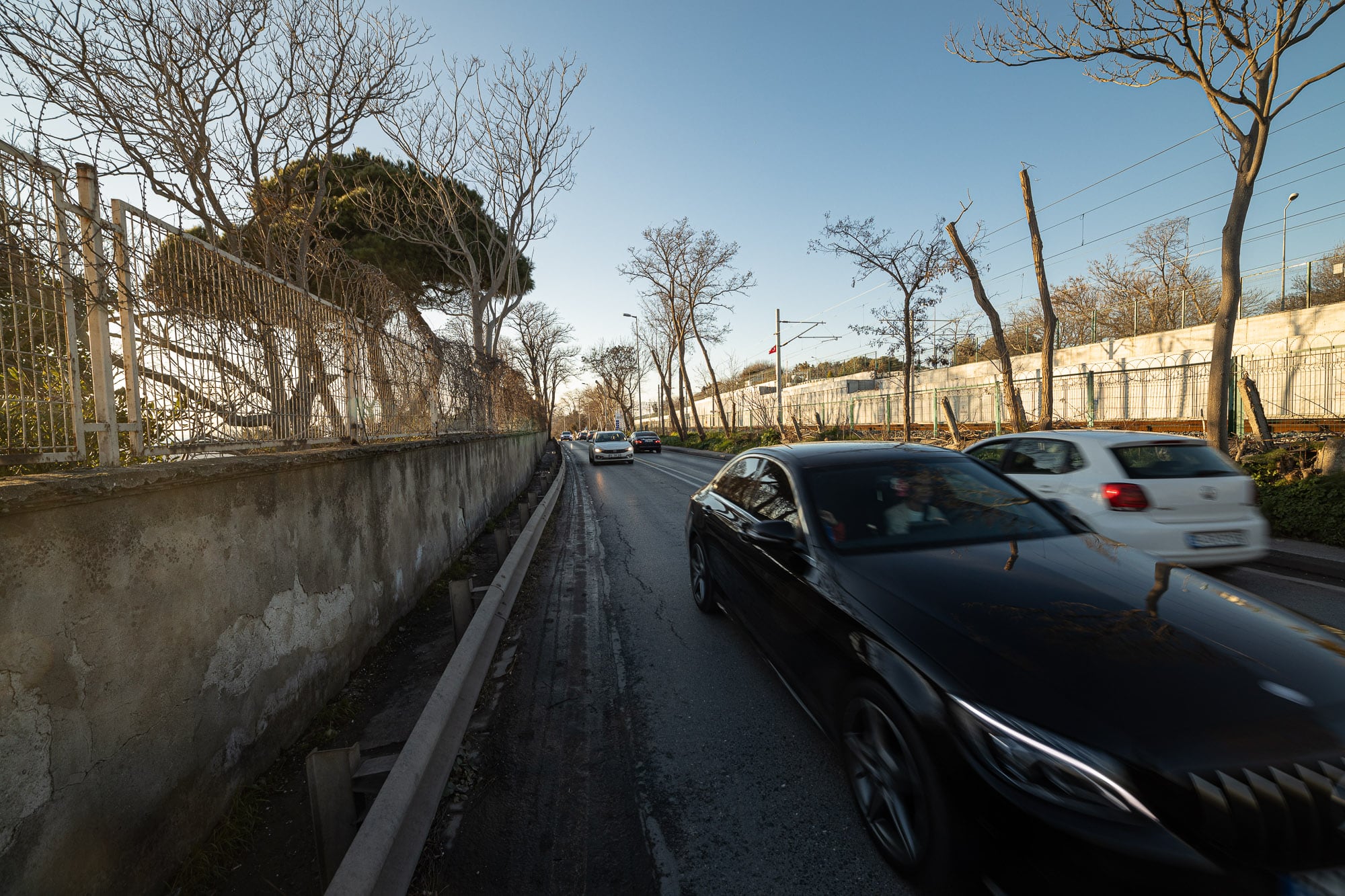 Sunset over the Sea of Marmara: 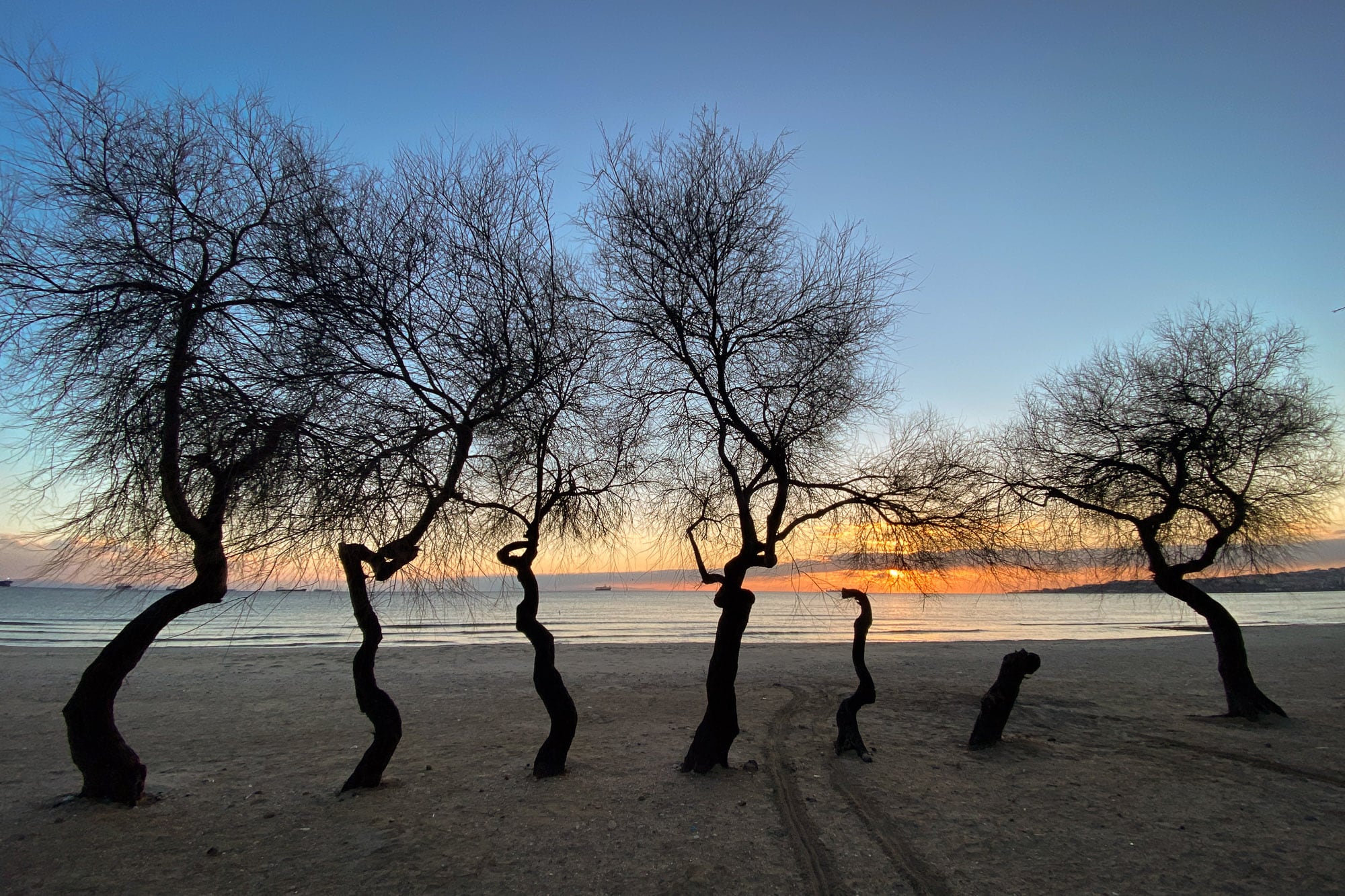 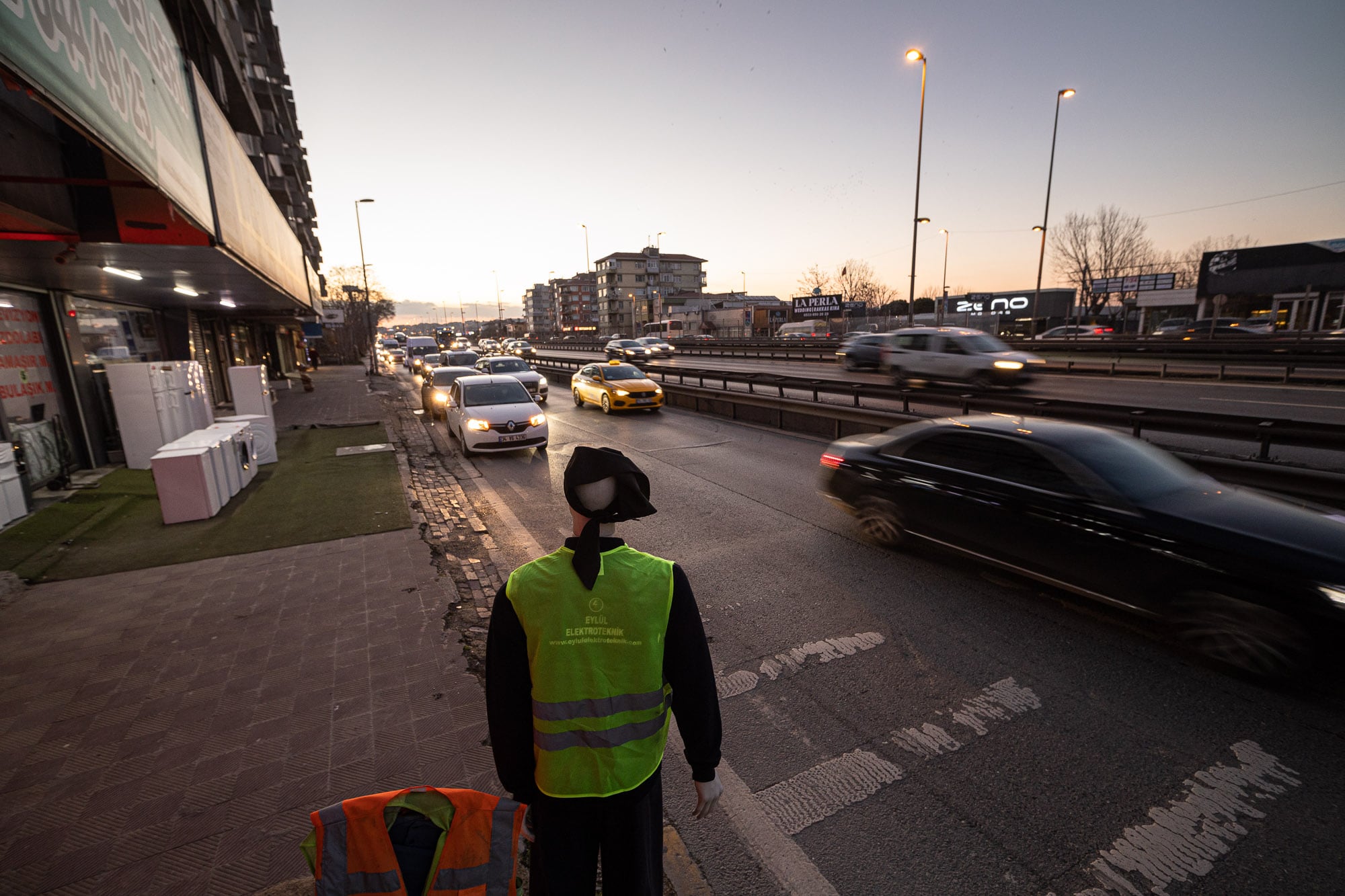 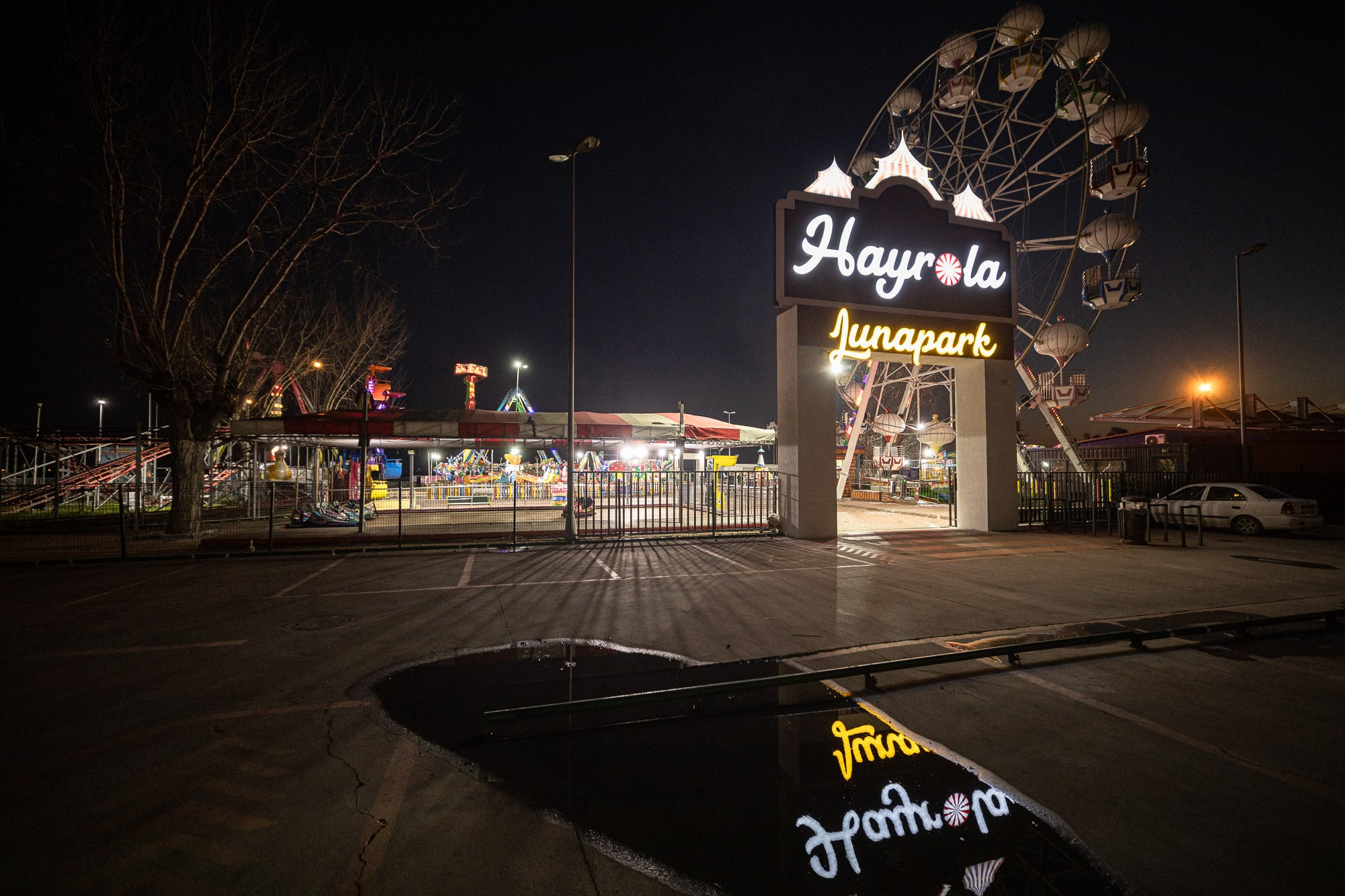 Is it just me or does Mustafa Kemal look like a vampire sometimes? 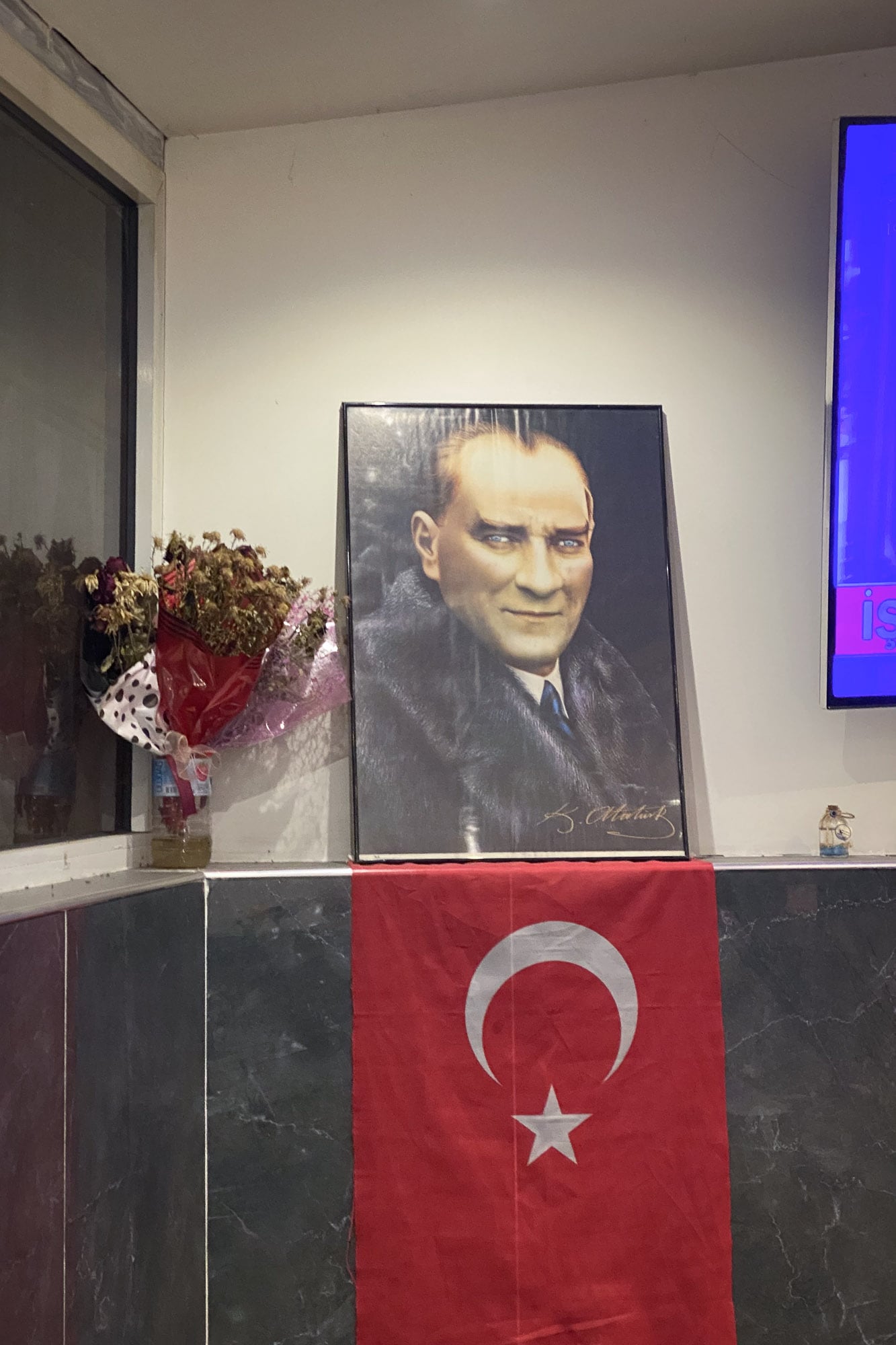 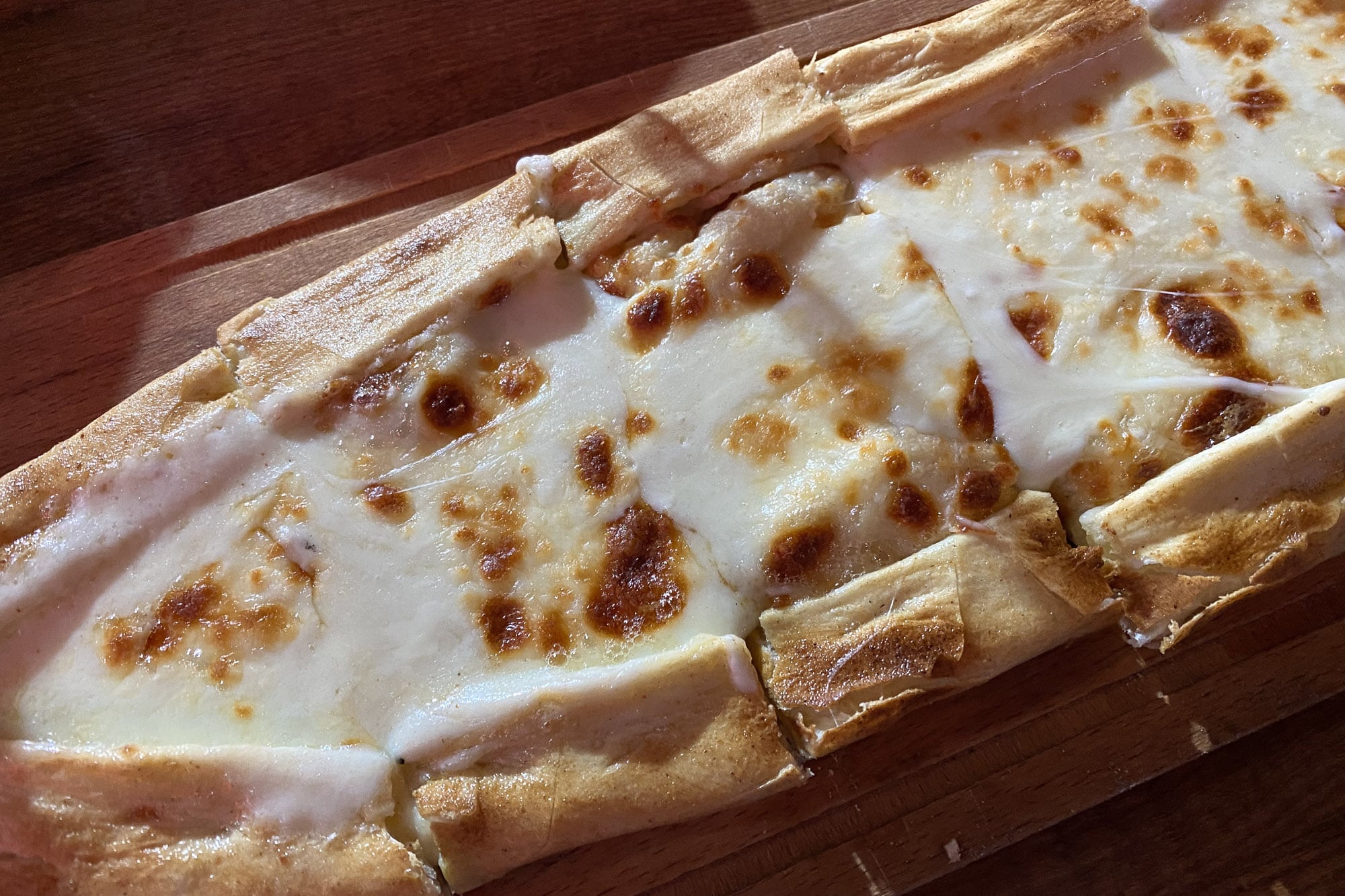 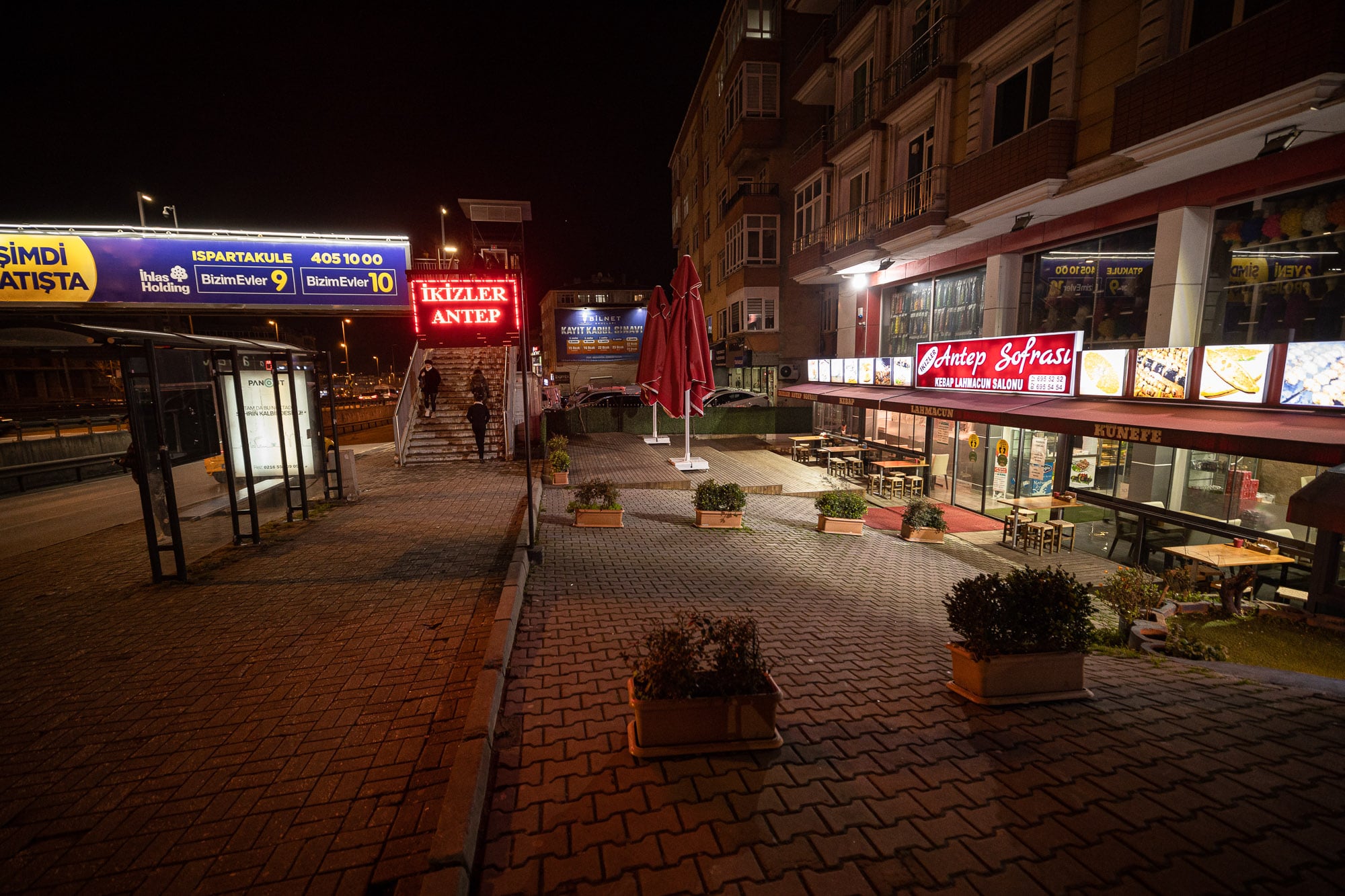 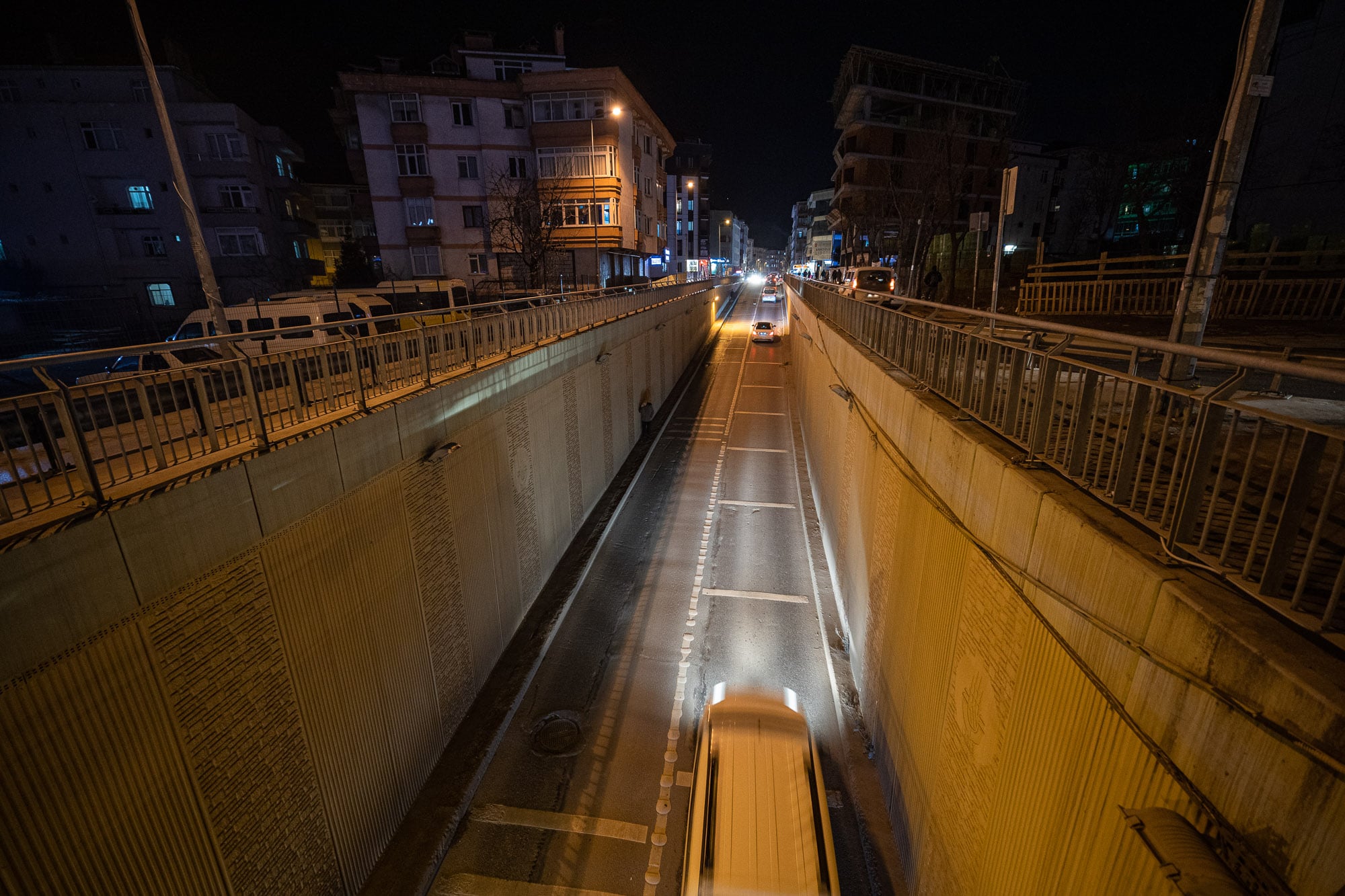 Day 503
from Istanbul to Avcilar