This post is about a 13,8 walk in Istanbul. I meet a man who has some answers, then I cross the Yedikule Gate.

The other day I received an email from a reader remarking how seldom I’ve been using the word “awesome” to describe things lately. It’s true. My guess is that the Pandemic, my health concerns, and maybe a few other things might have taken their toll. I don’t know about you, but I am generally not as happy as I remember I once was.

But there are still moments of awesomeness. One of them happened today. Or maybe not just one.

First I met a knowledgeable man. I sat down across from him in a breakfast restaurant. We started talking, and it turned out that he was a scholar who specialized in migration. He had intimate knowledge of different migrant communities.

I bombarded him with questions. I had seen a lot of people presumably from African countries in this part of Istanbul. Sometimes it had seemed as though every fifth or sixth person on my way was black. Where were they from?

My new friend had an answer: in this part of town there were a lot of Congolese, he told me. There were other areas where immigrants from Senegal lived. And from Nigeria. They each formed their own little communities. Most of them were here illegally, most of them did hard manual labor, and their total number was estimated to be around 300,000.

I learned many things during my breakfast. Turkey was a place where migration happened in several different forms: some people migrated into Turkey while others migrated out. There were those who for whom the country was just a stop on their way through, and then there were those who migrated within it.

Istanbul was a colossus of 15 million now. It hadn’t always been that way.

The next moment of awesomeness happened when I reached the old city wall at the Yedikule Gate. It was actually part of the Yedikule Fortress, but I didn’t go in. It wasn’t necessary.

I was blown away by the sheer grandeur of the moment anyway. This was one of the walls that the Roman Emperors had built. It had rendered Constantinople virtually unconquerable for many centuries, and here I was on top of it.

I made happy sounds that went like “tee-hee”. Lots of teehees.

At night I did something I’d never done before. I stayed in a five-star hotel. It was called Ramada, and it offered a discount. I got a room with a view and a couch, and the Caboose shared the basement with a bunch of discarded furniture. 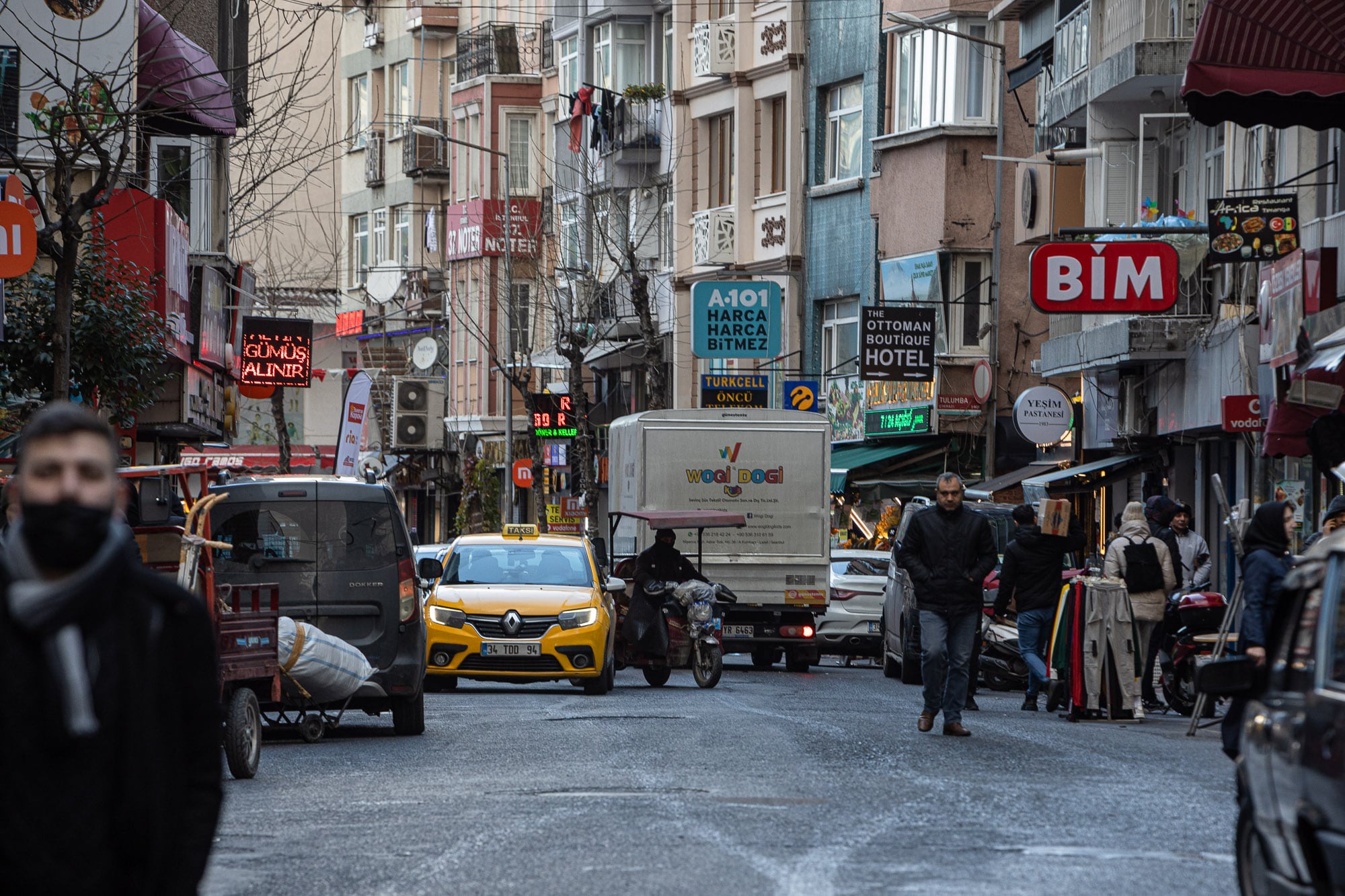 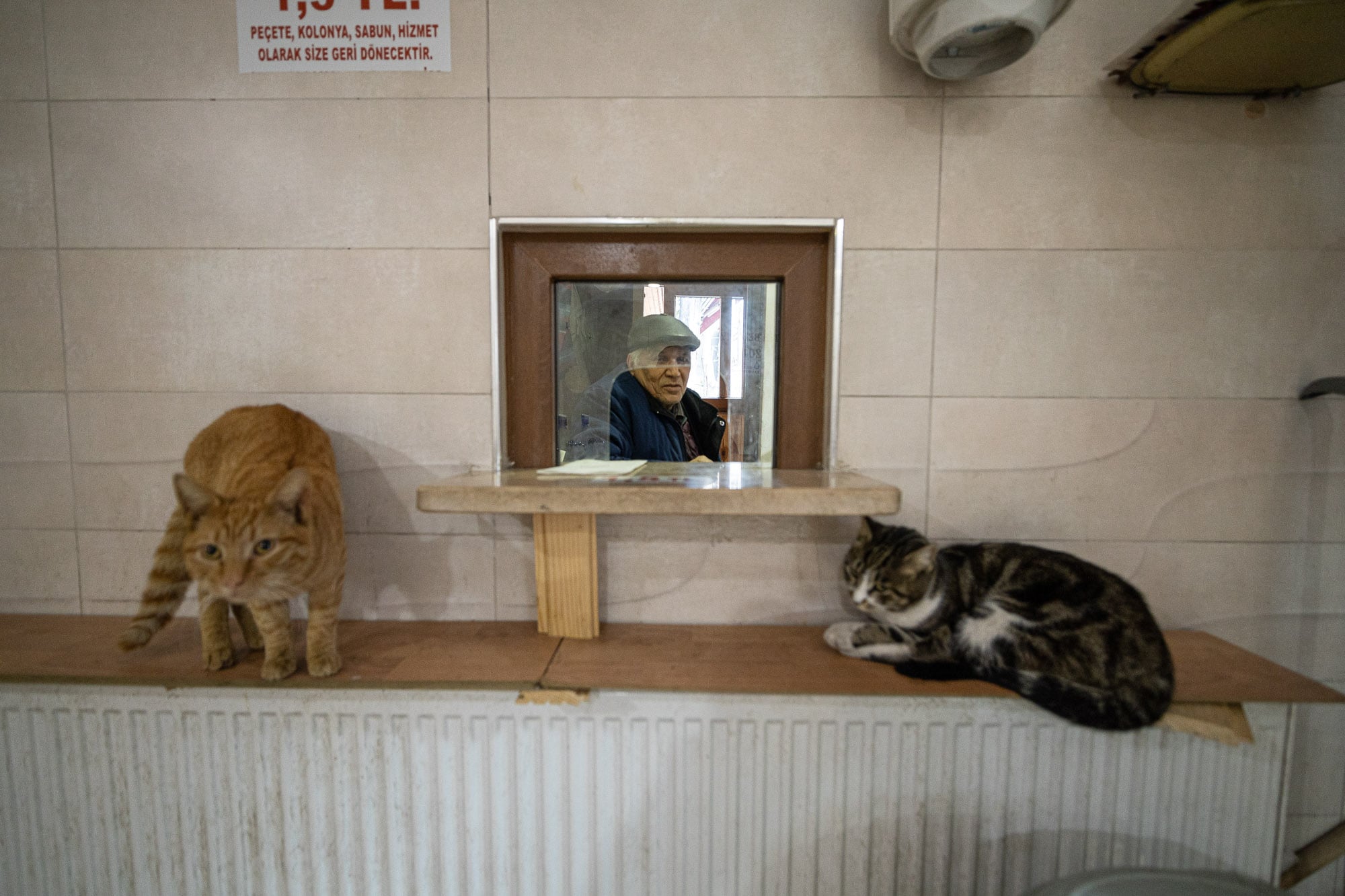 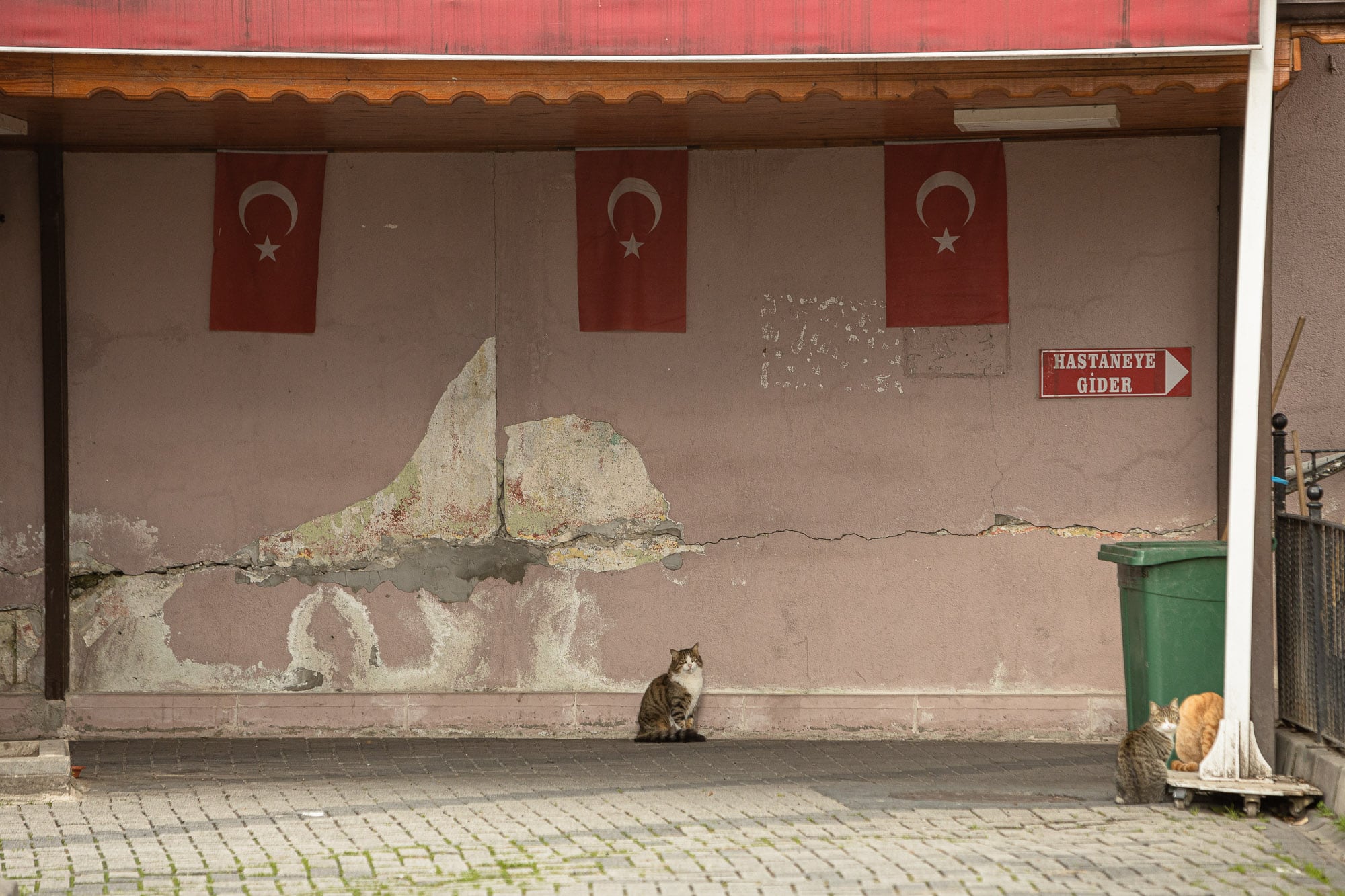 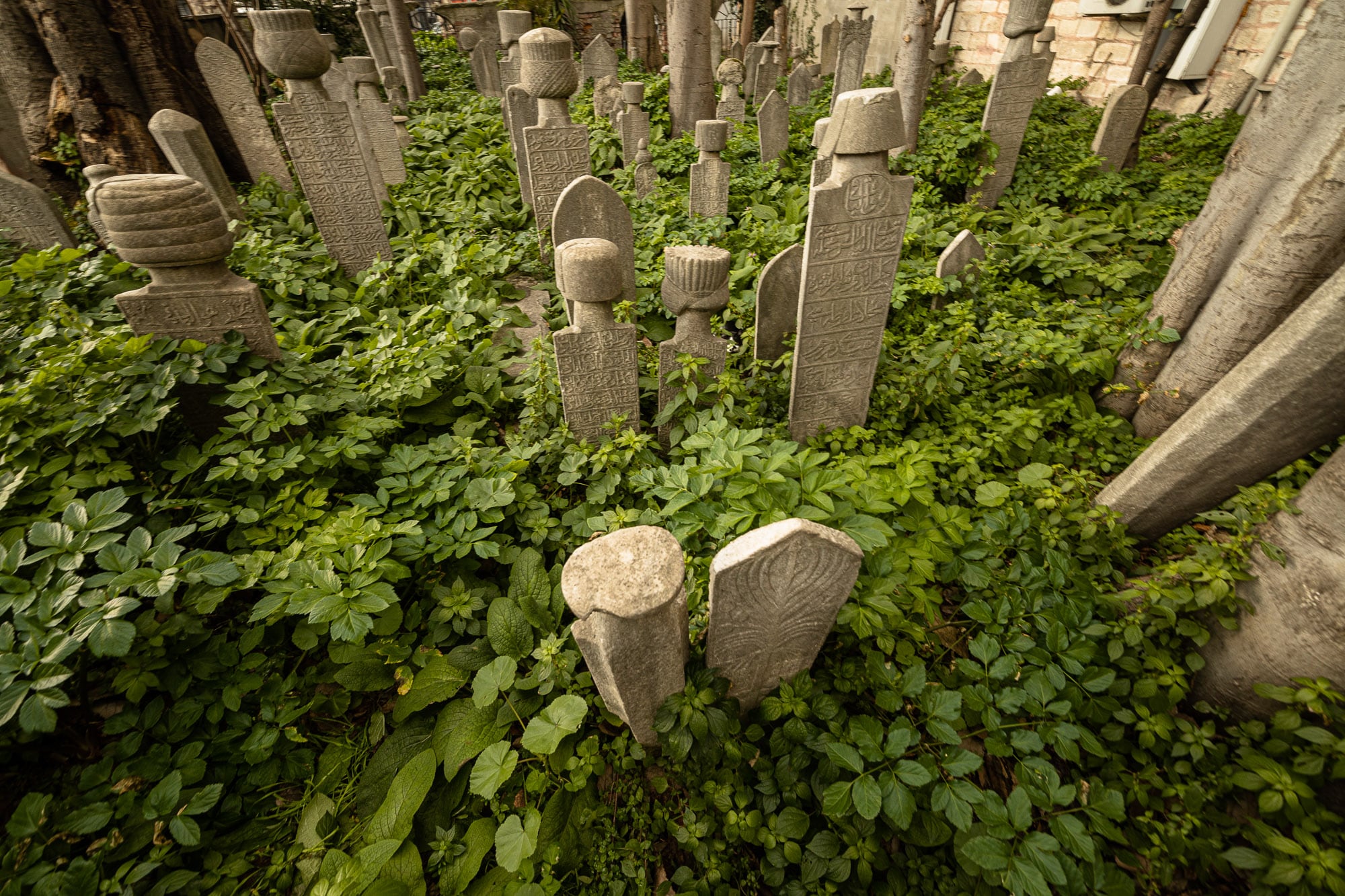 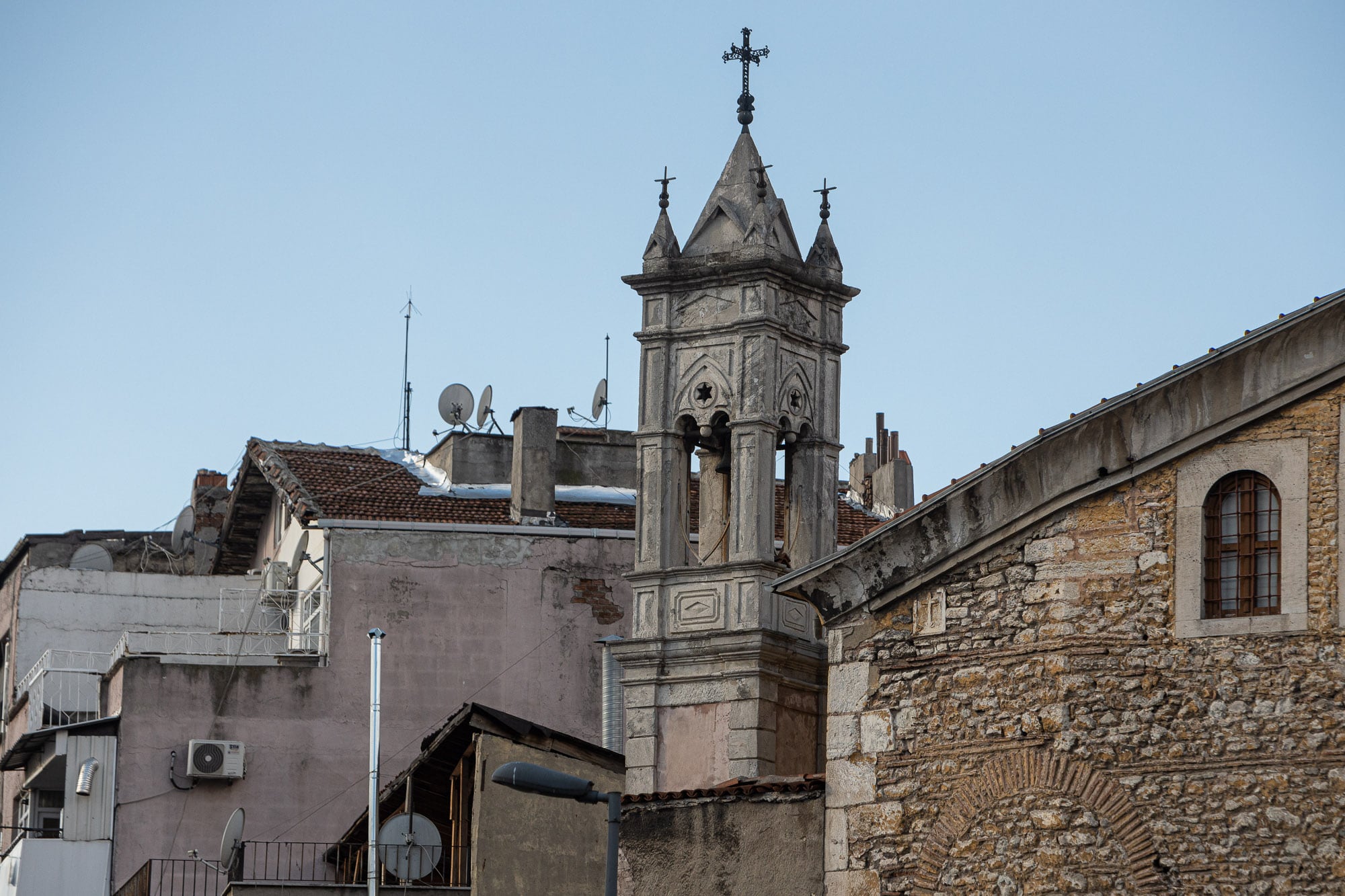 This might have once been a church as well? 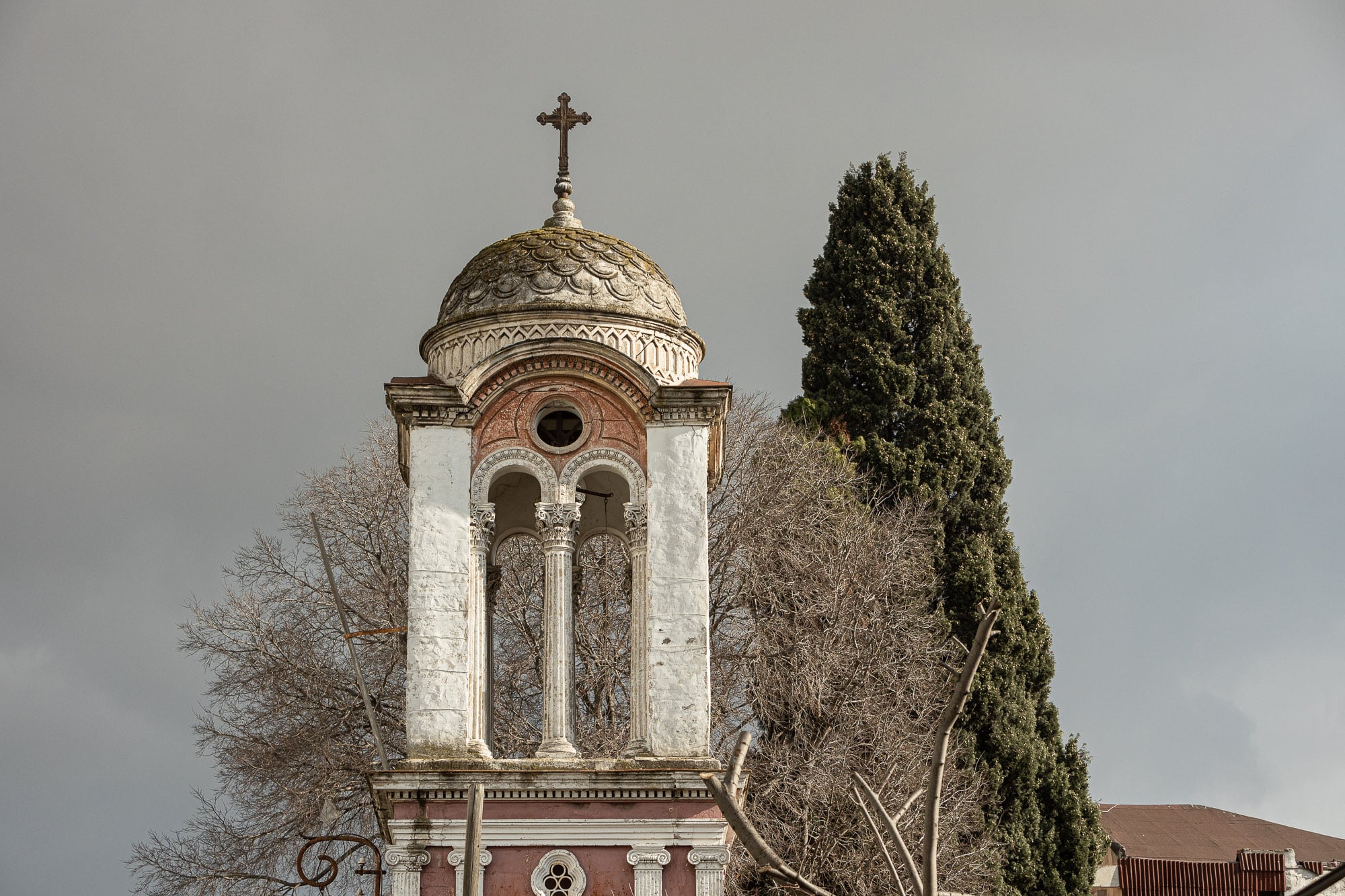 This gentleman was trying to tell the cat to look at the camera, and it worked: 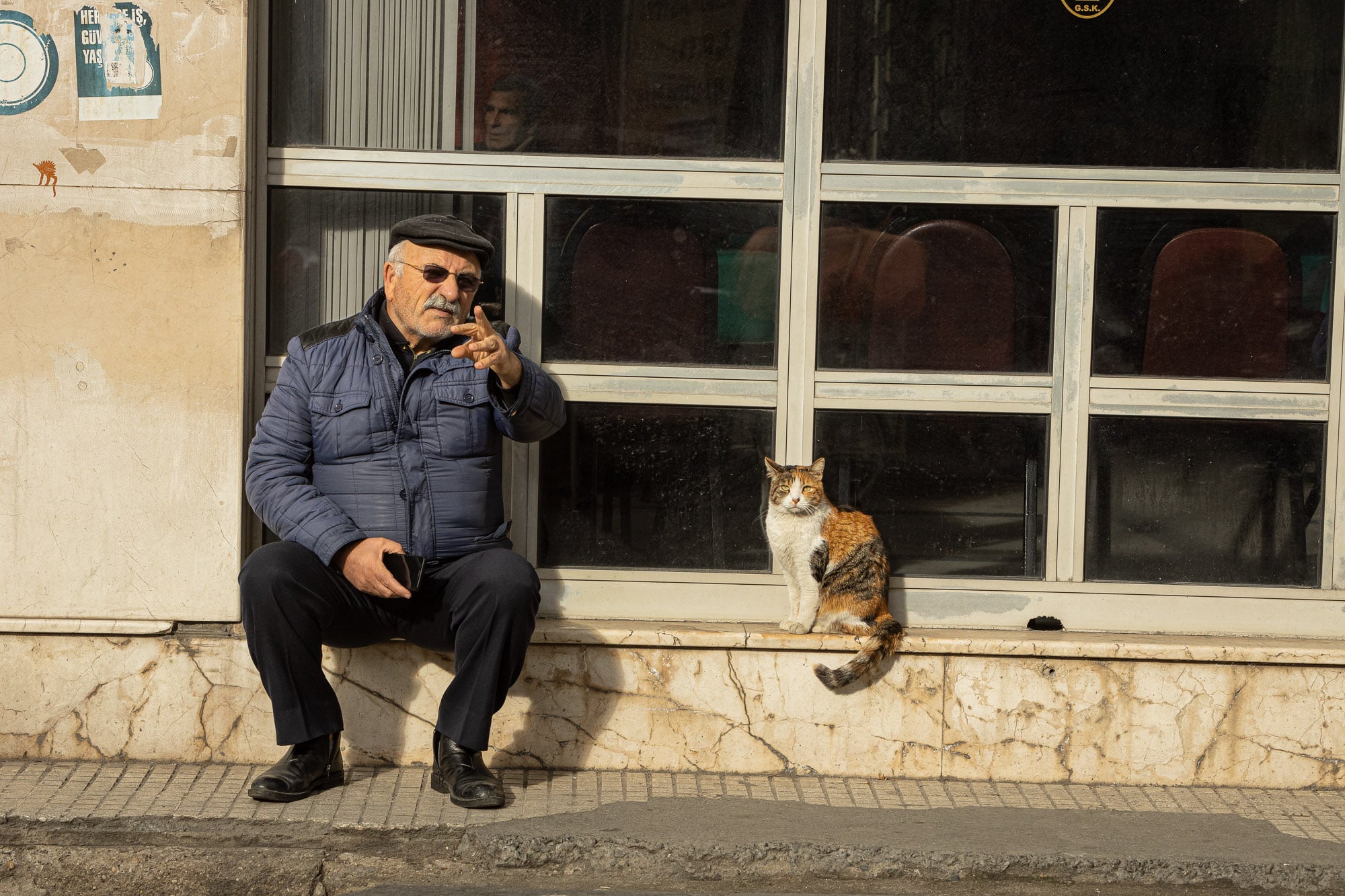 What an epically weird house: 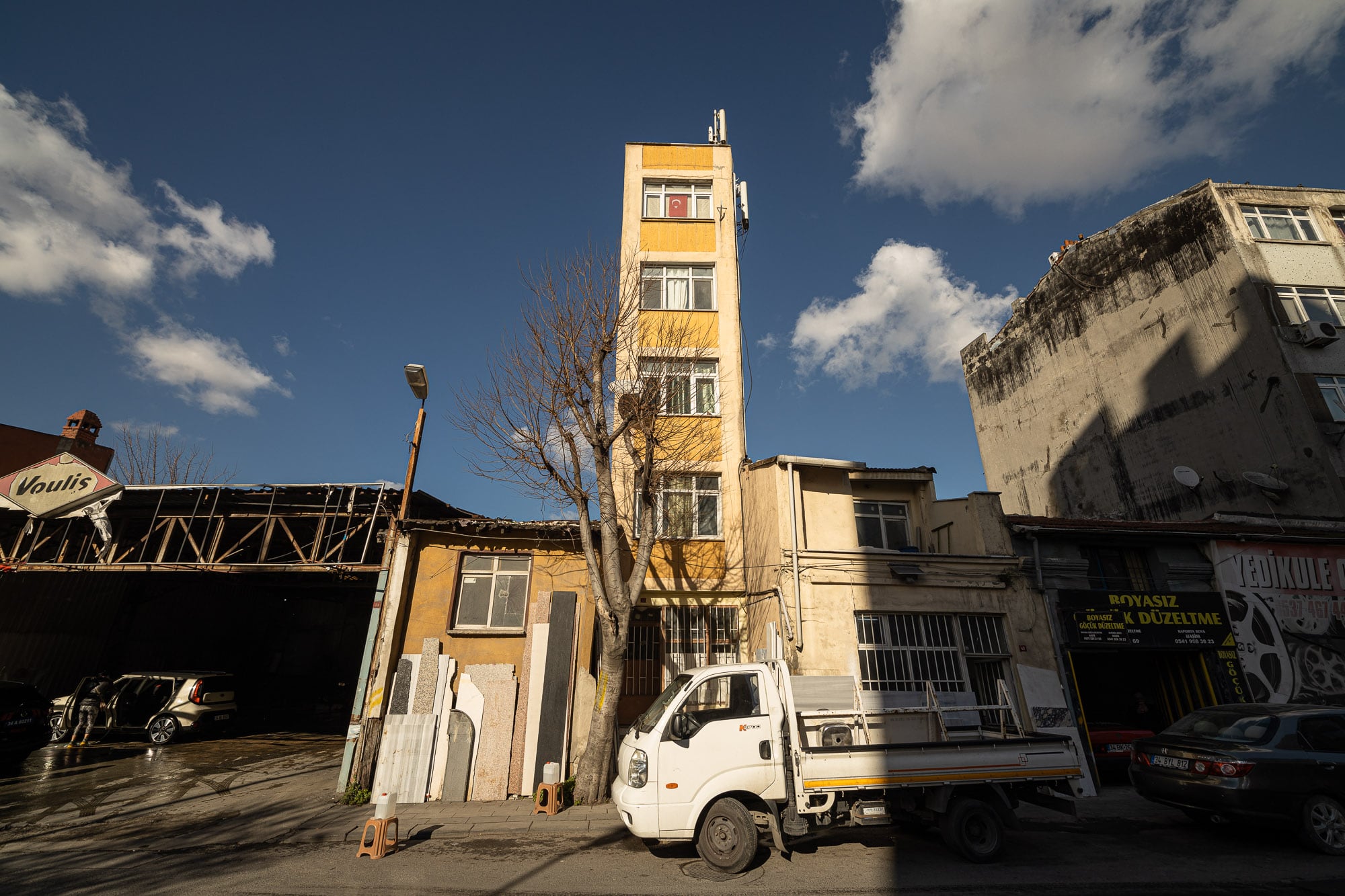 When you cross the Yedikule Gate, a flag greets you (of course): 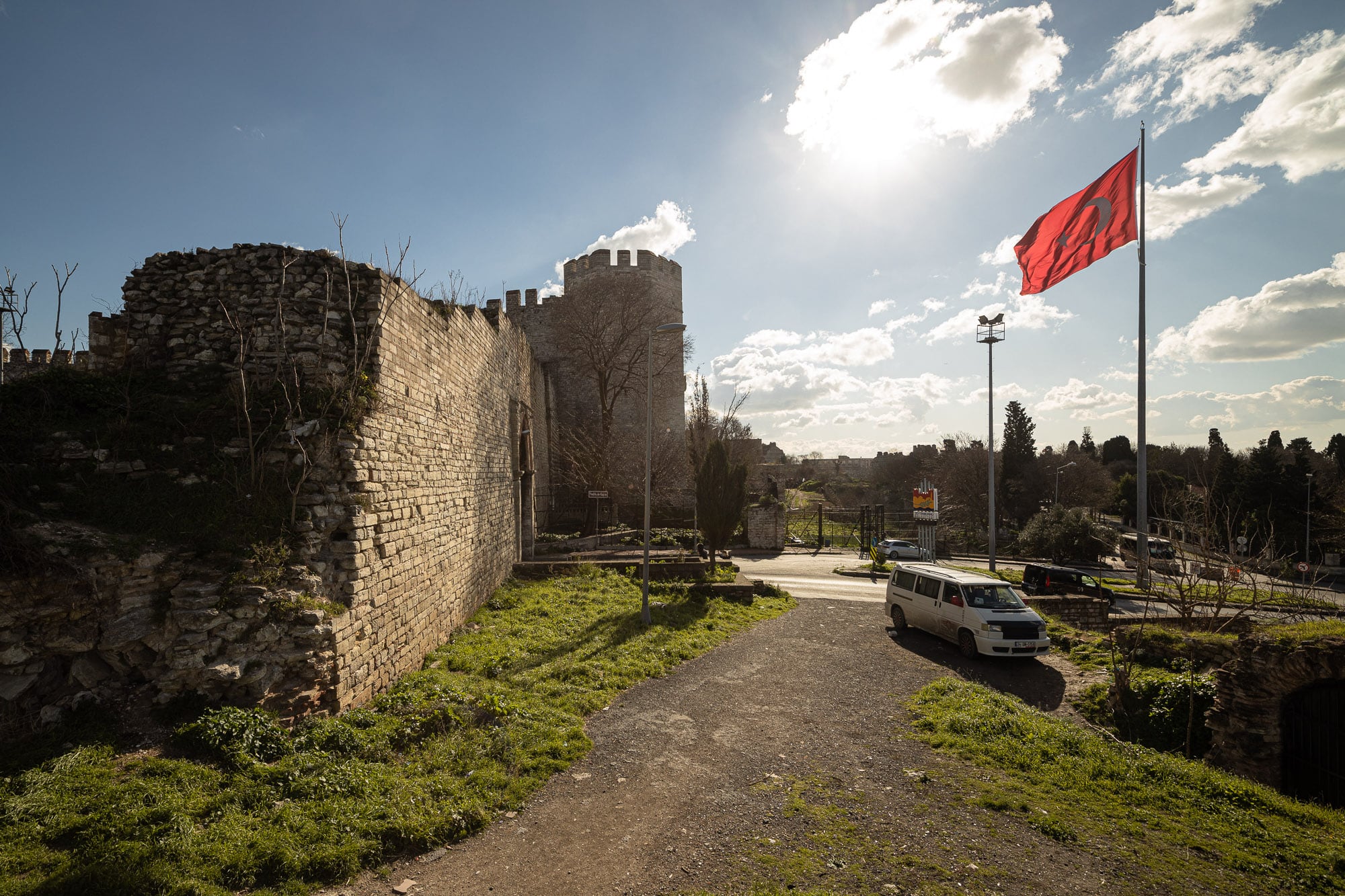 The city wall at Yedikule Gate: 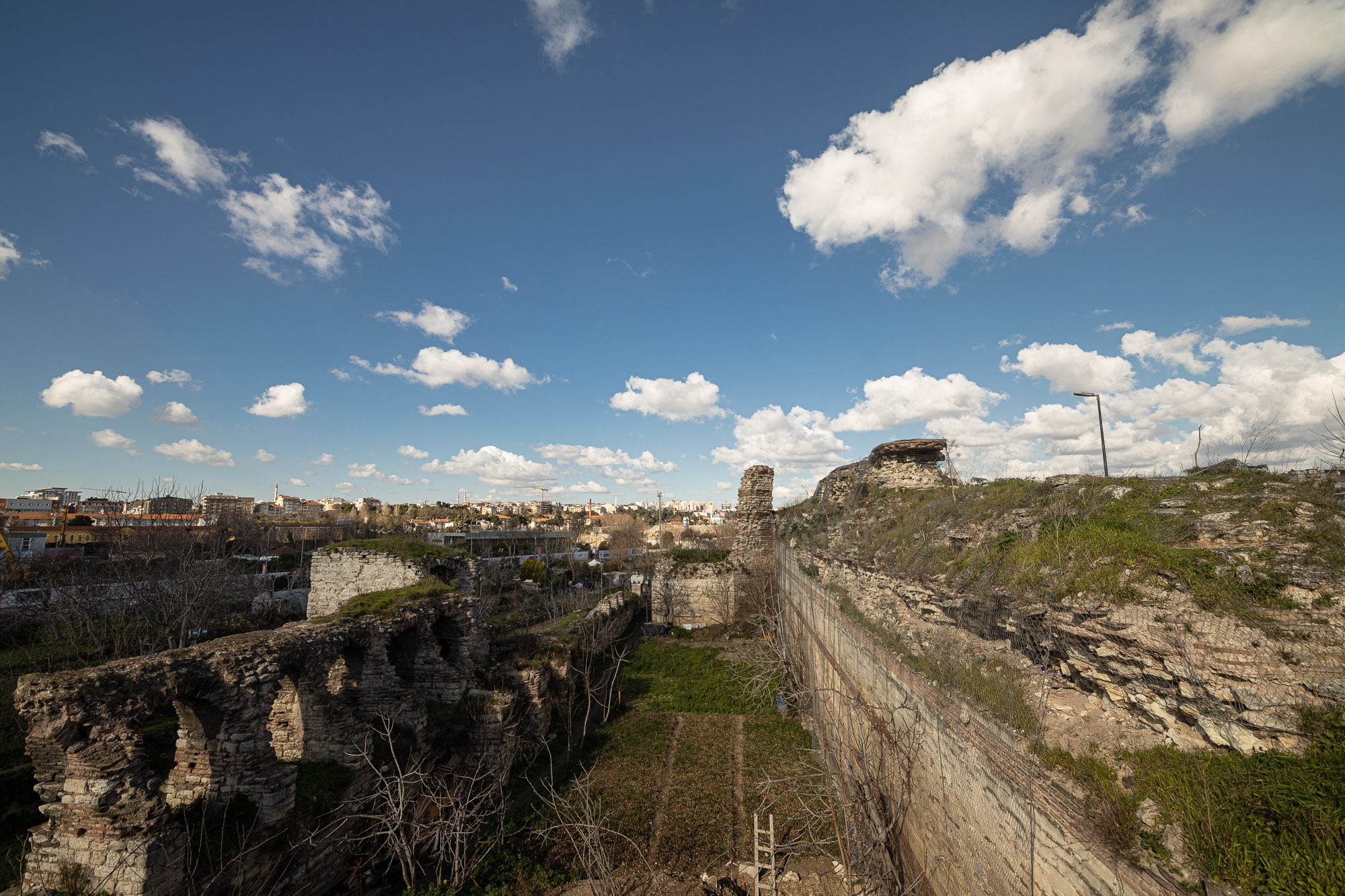 Can anyone tell me what this inscription means? 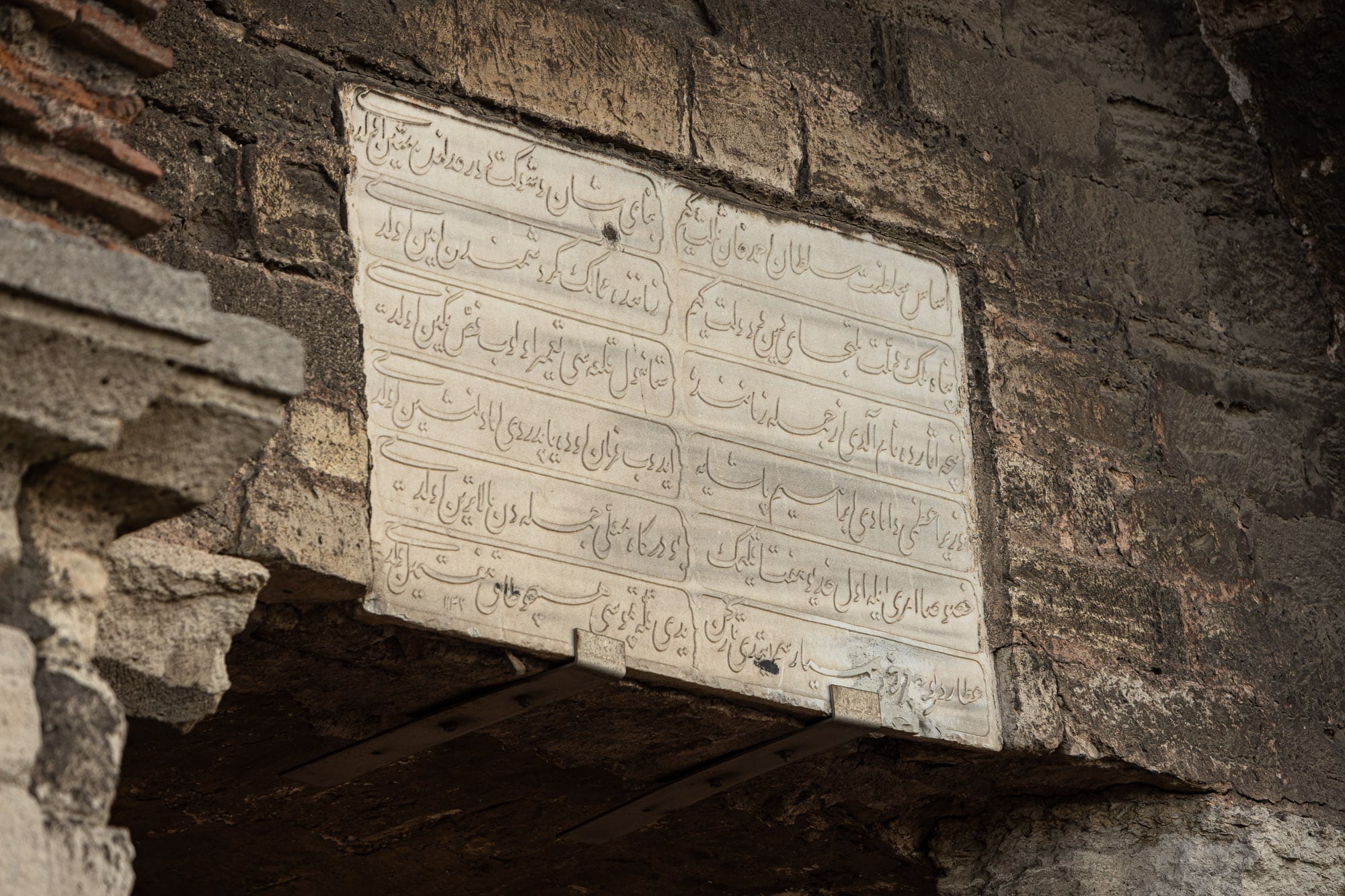 View out of the old city wall: 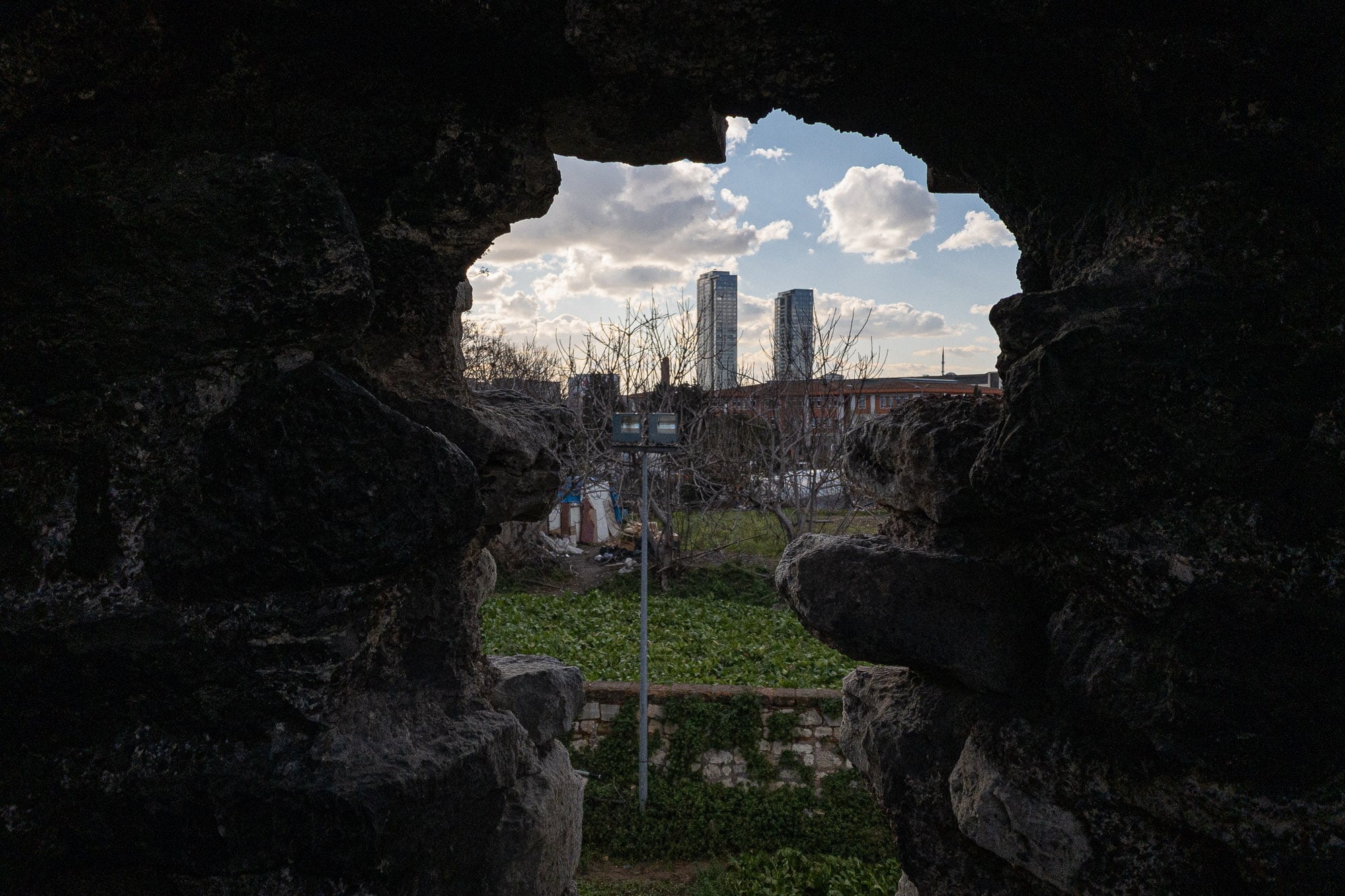 Another kind of wall: 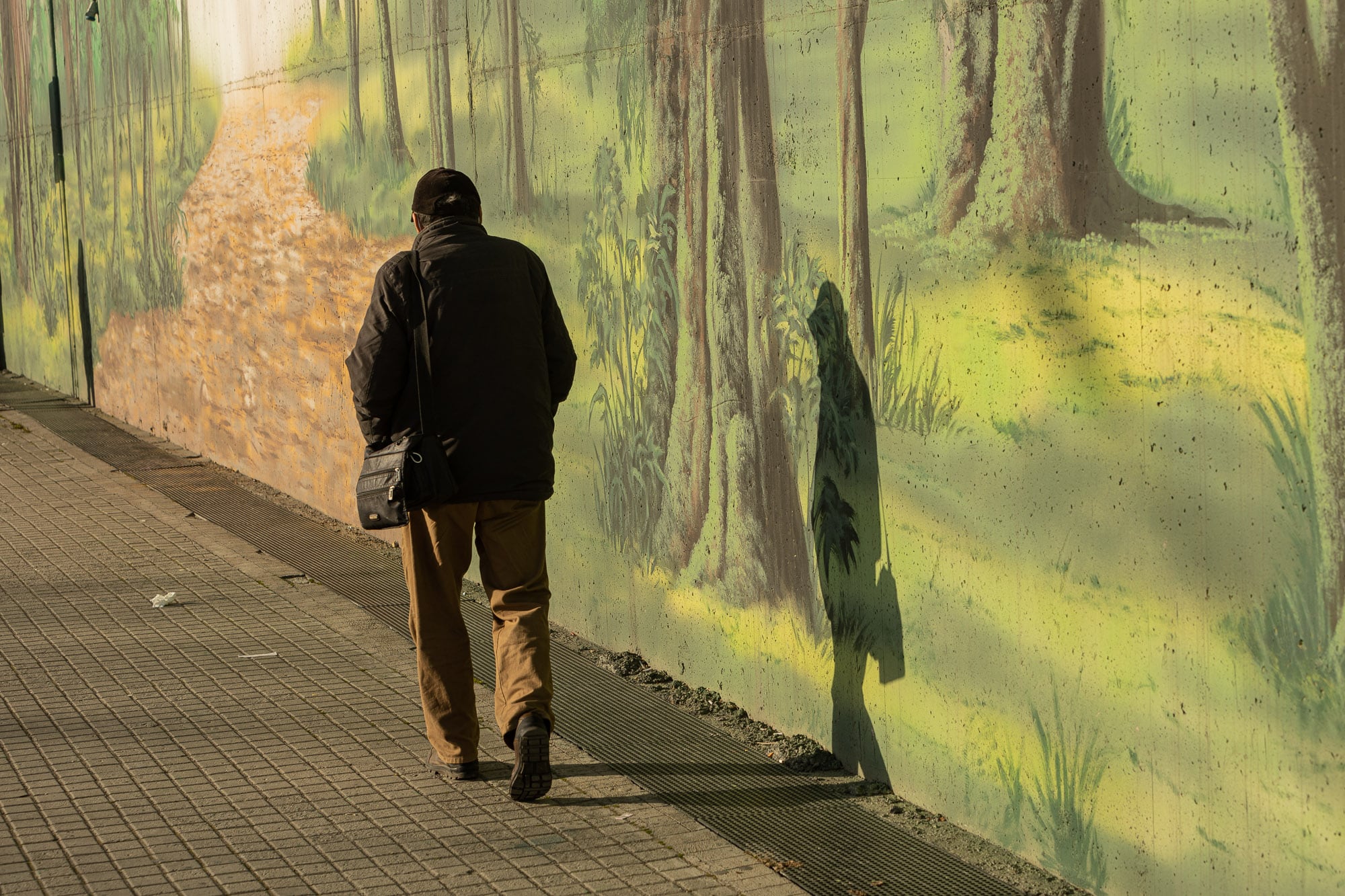 Someone had been feeding these dogs large amounts of meat. The birds were happy, too: 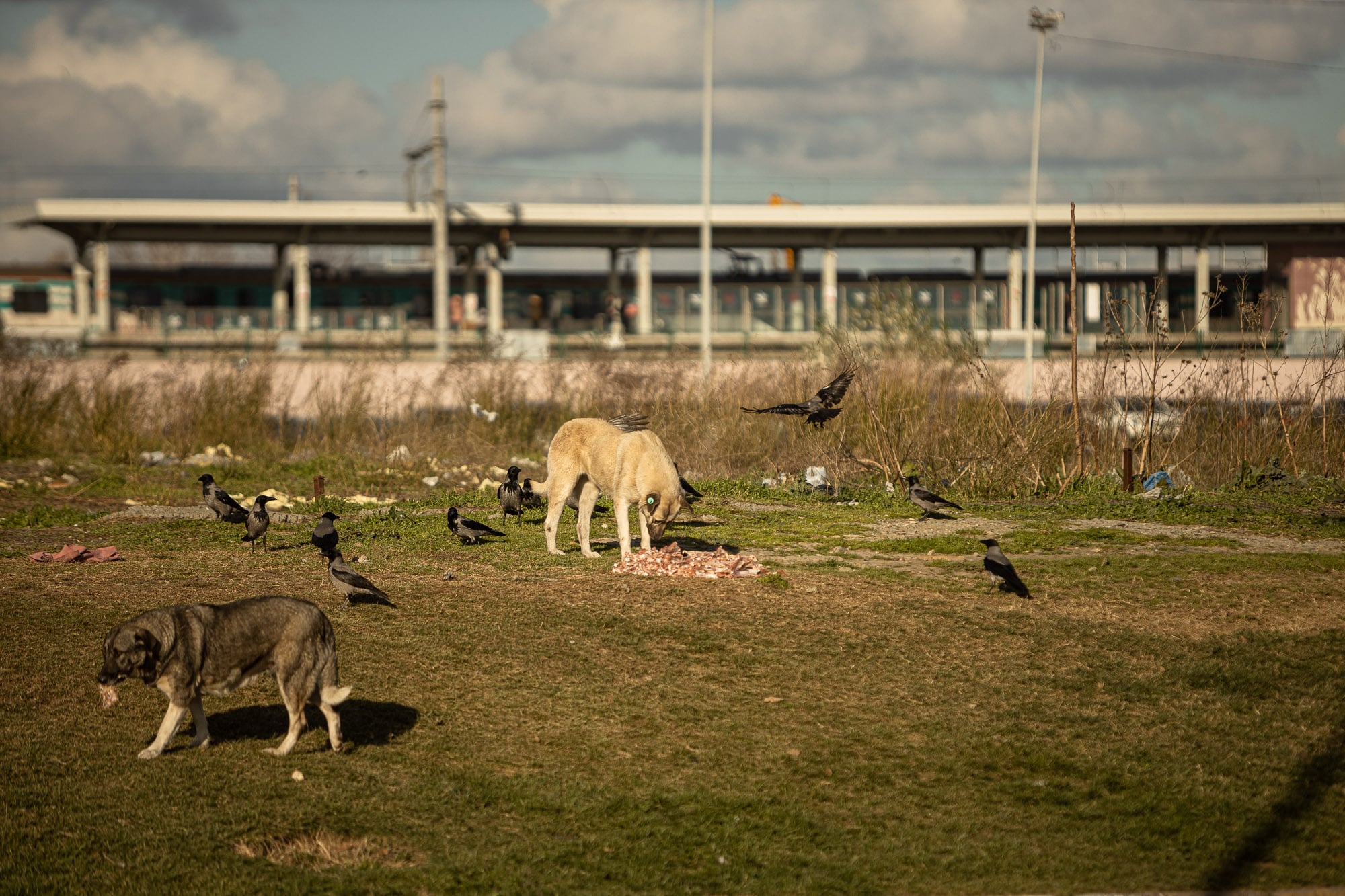 The Yedikule Fortress with Kadıköy in the background: 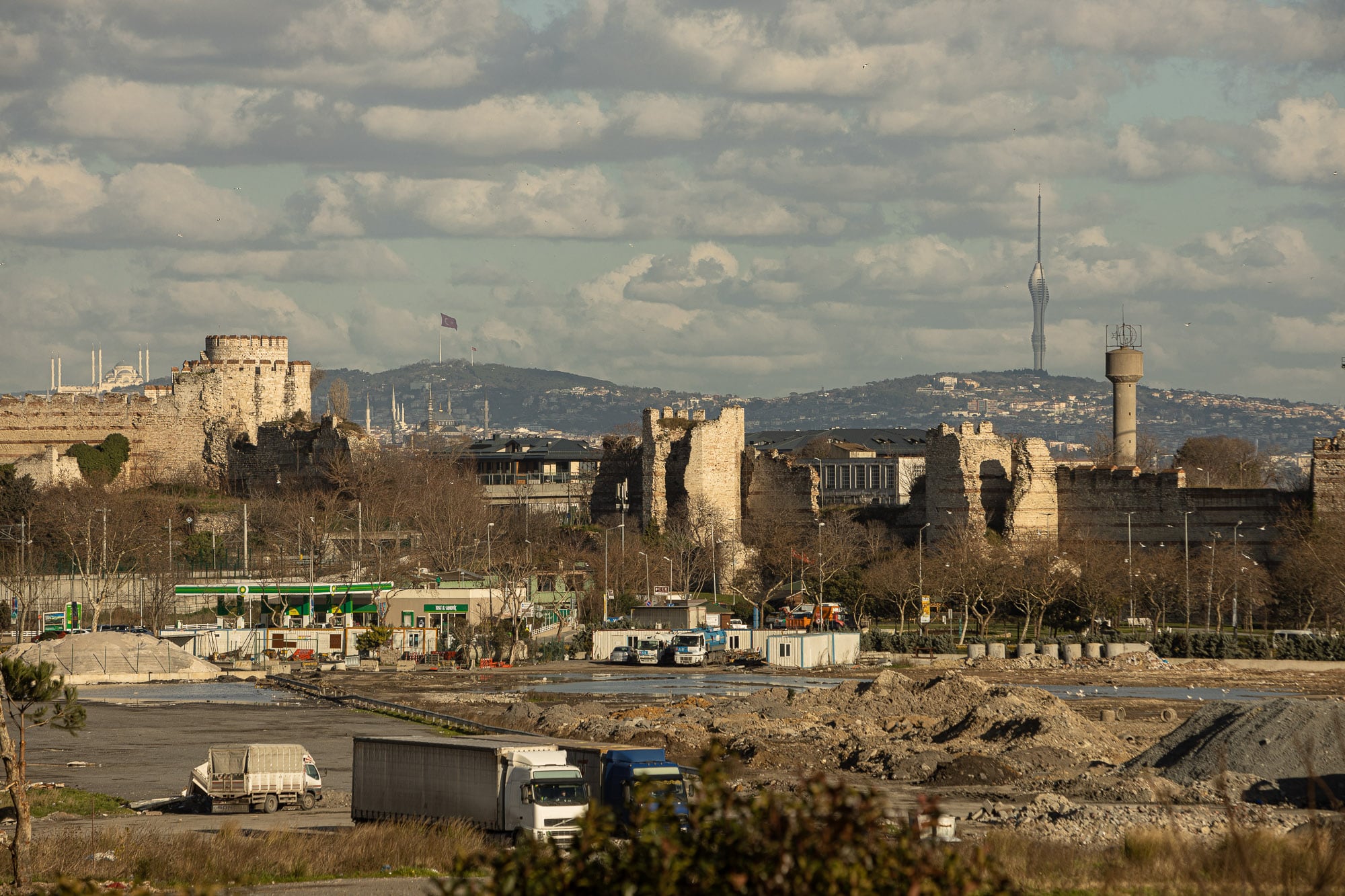 Ships waiting for their turn to enter the Bosphorus: 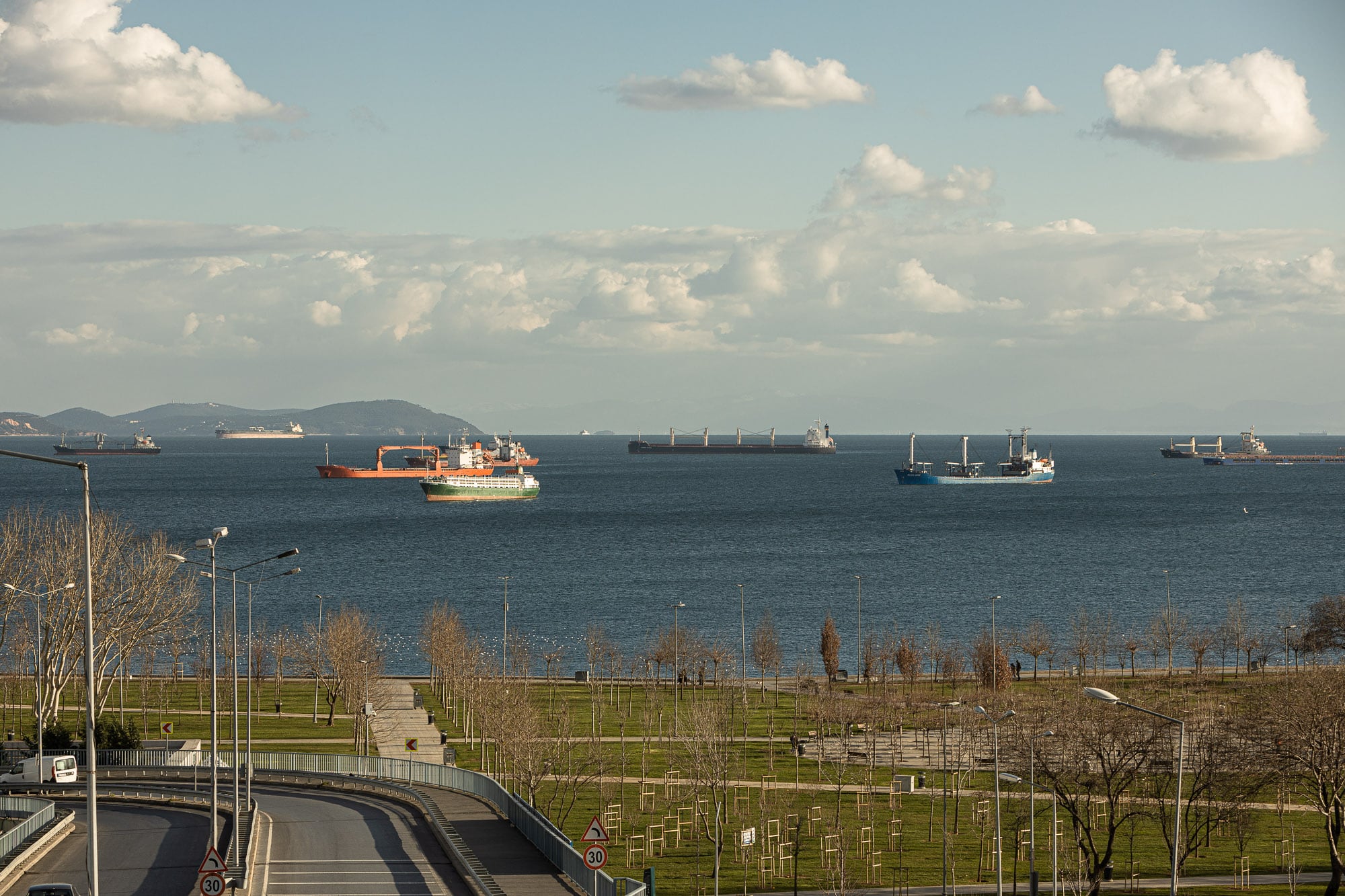 The owners of these condos now have a mosque right next to them, ready to bombard them with the prayer call five times a day: 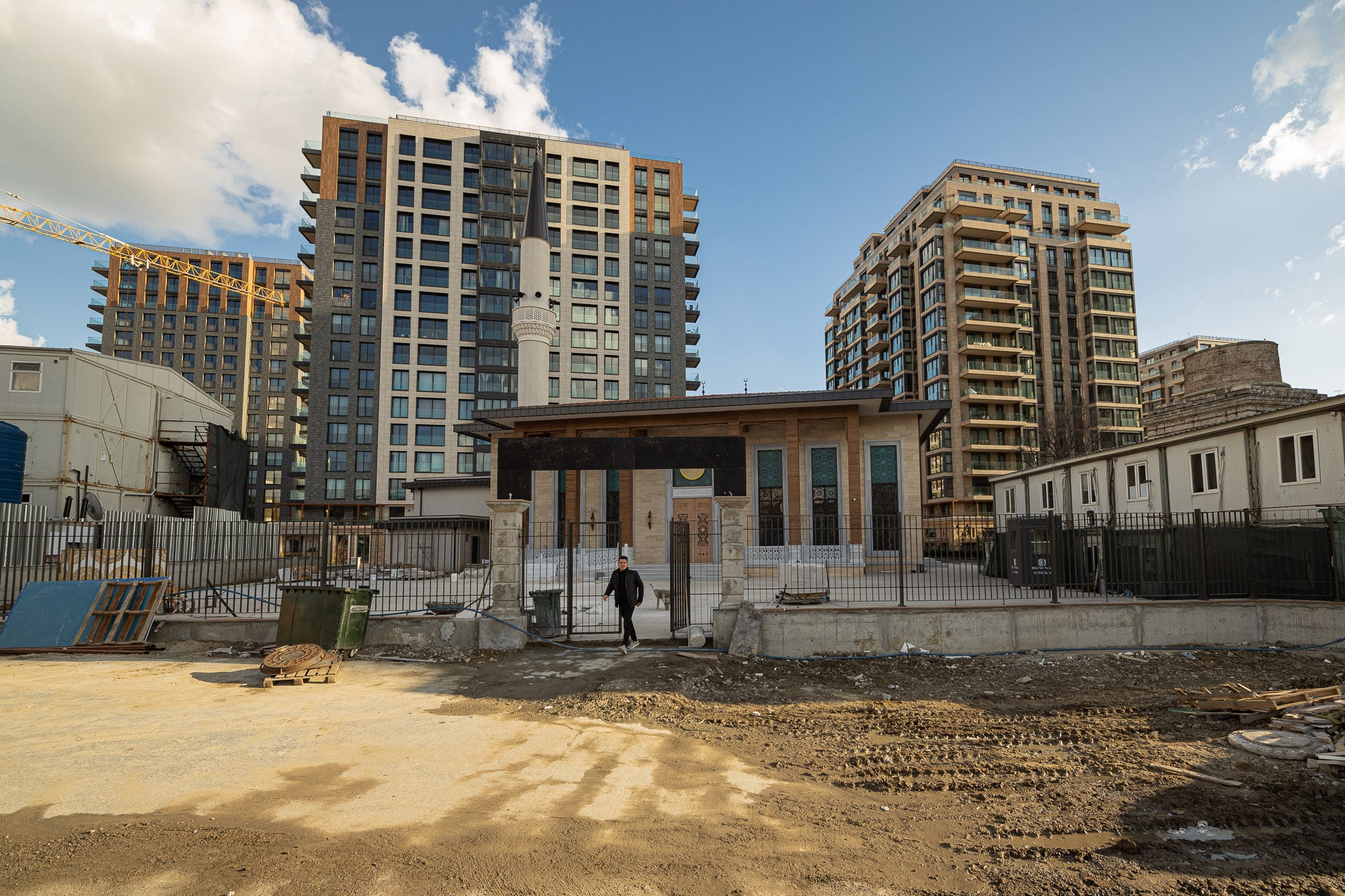 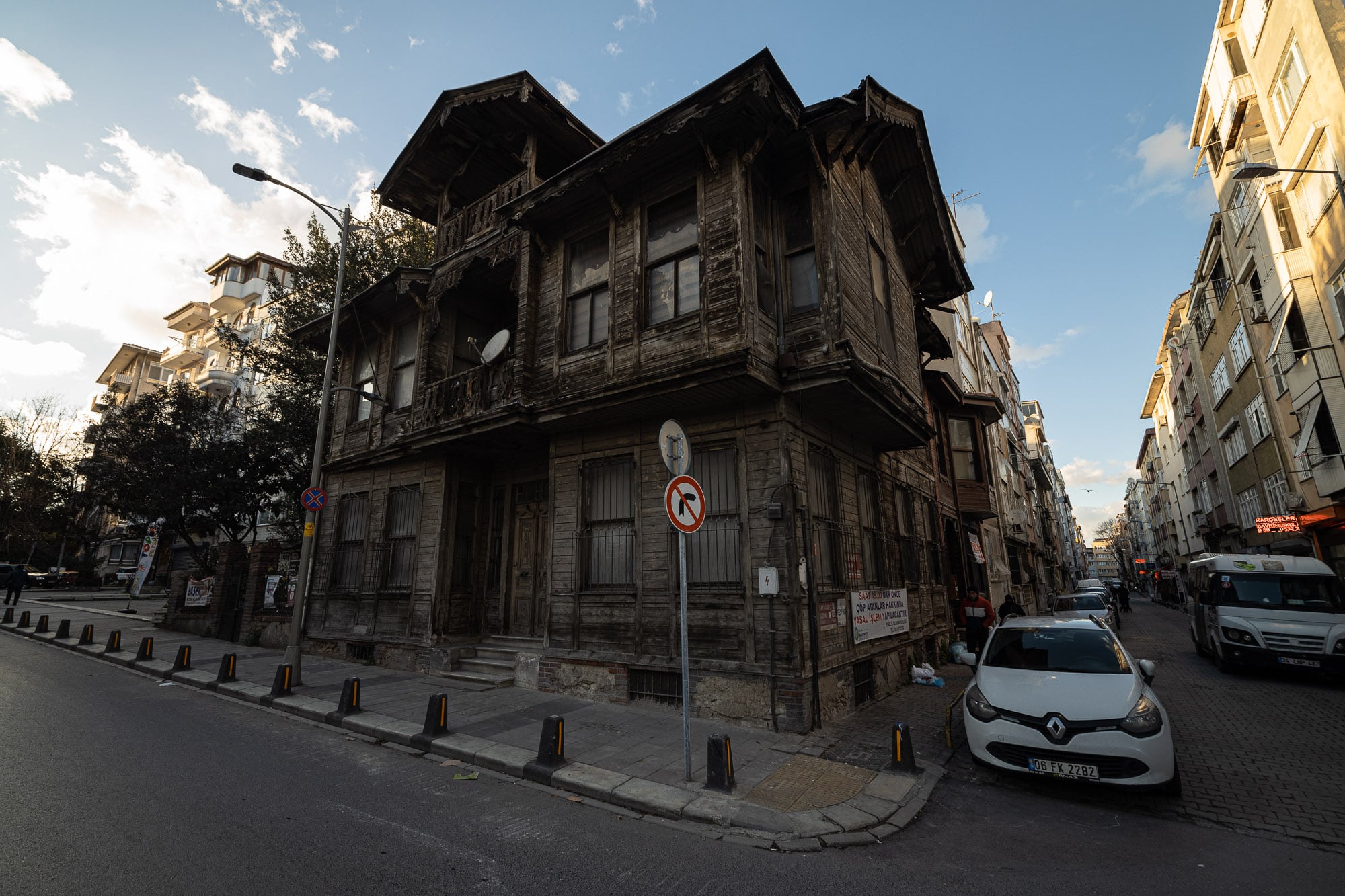 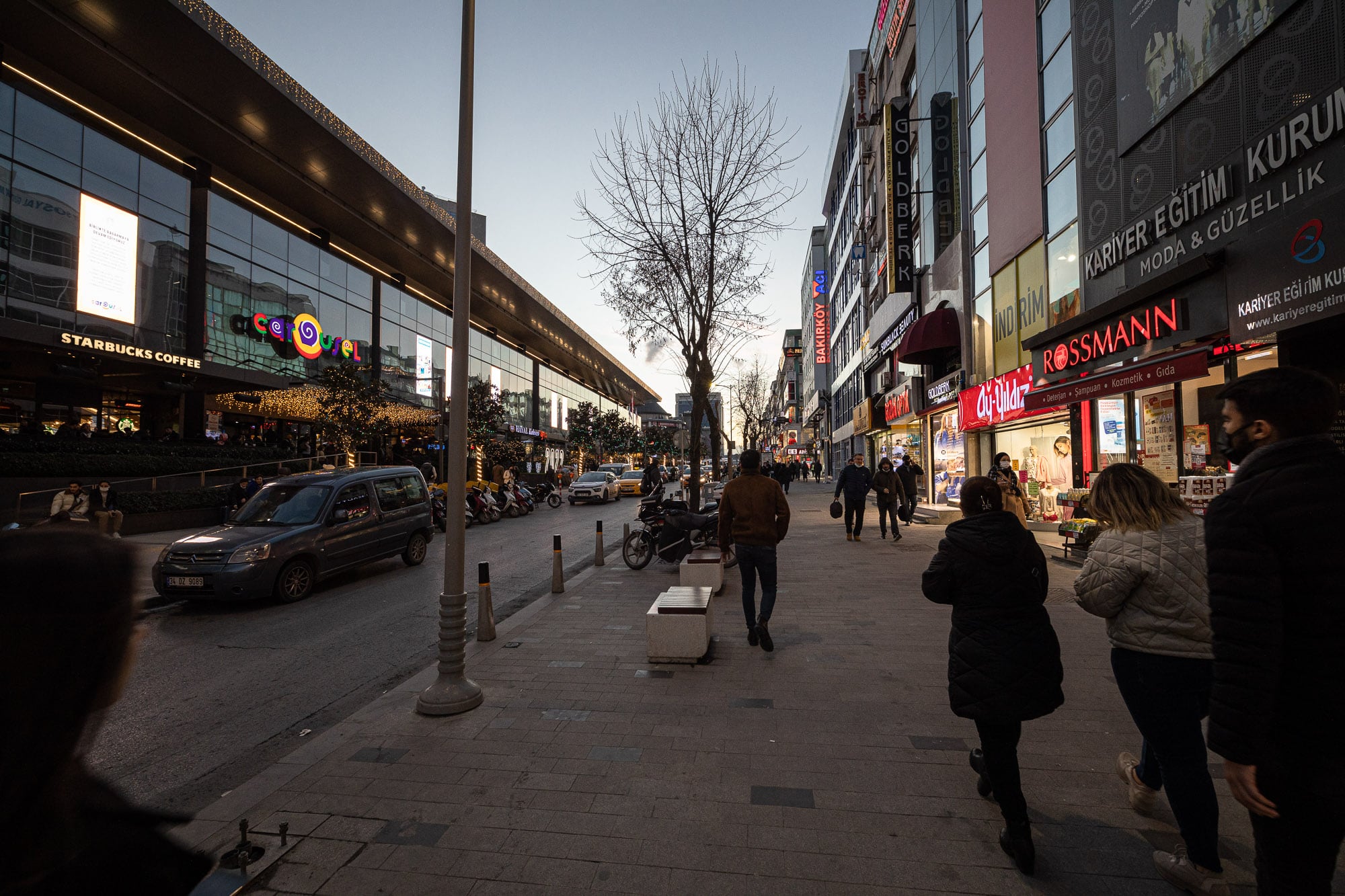 The Caboose in the bowels of the Ramada: 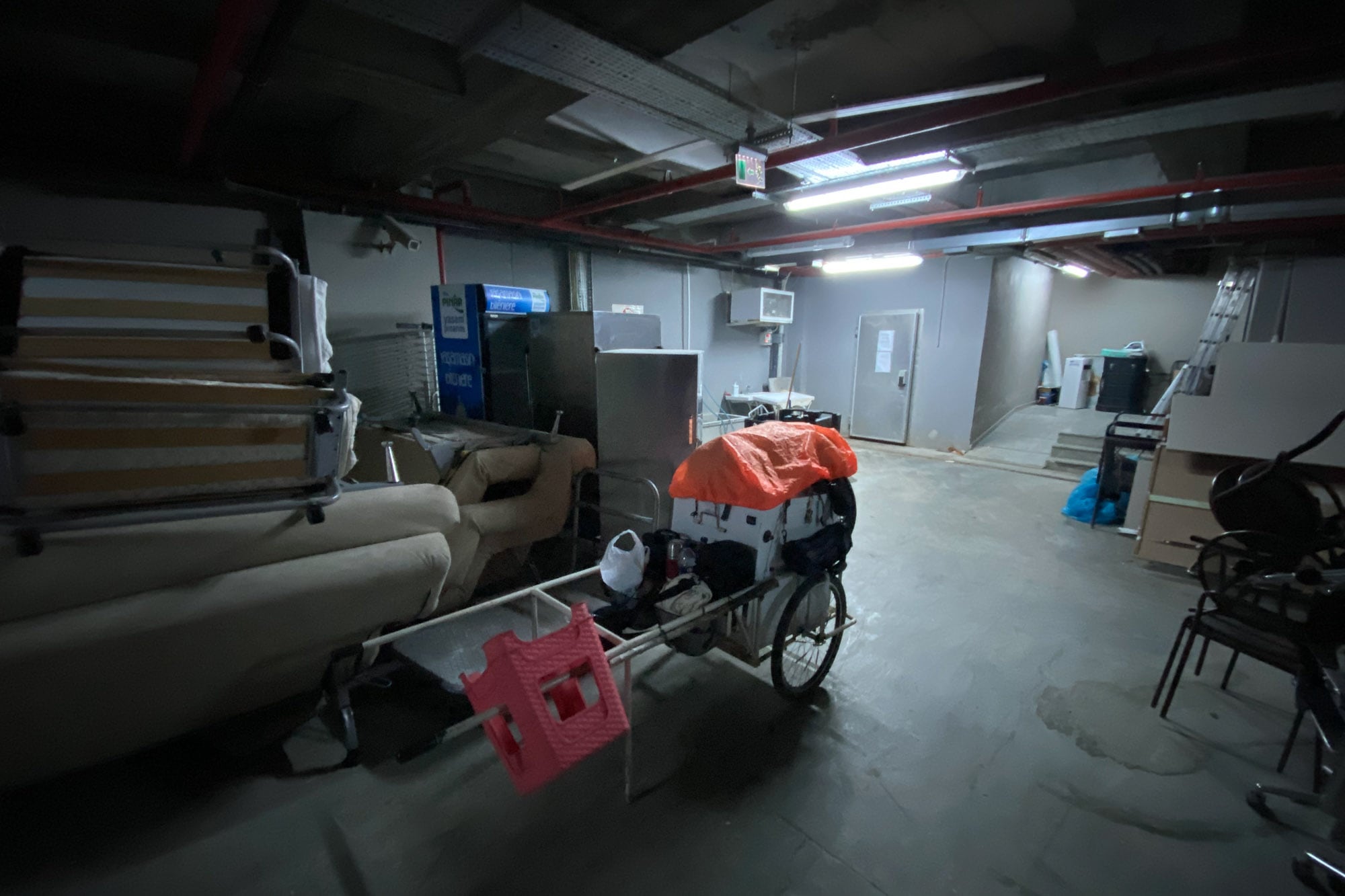 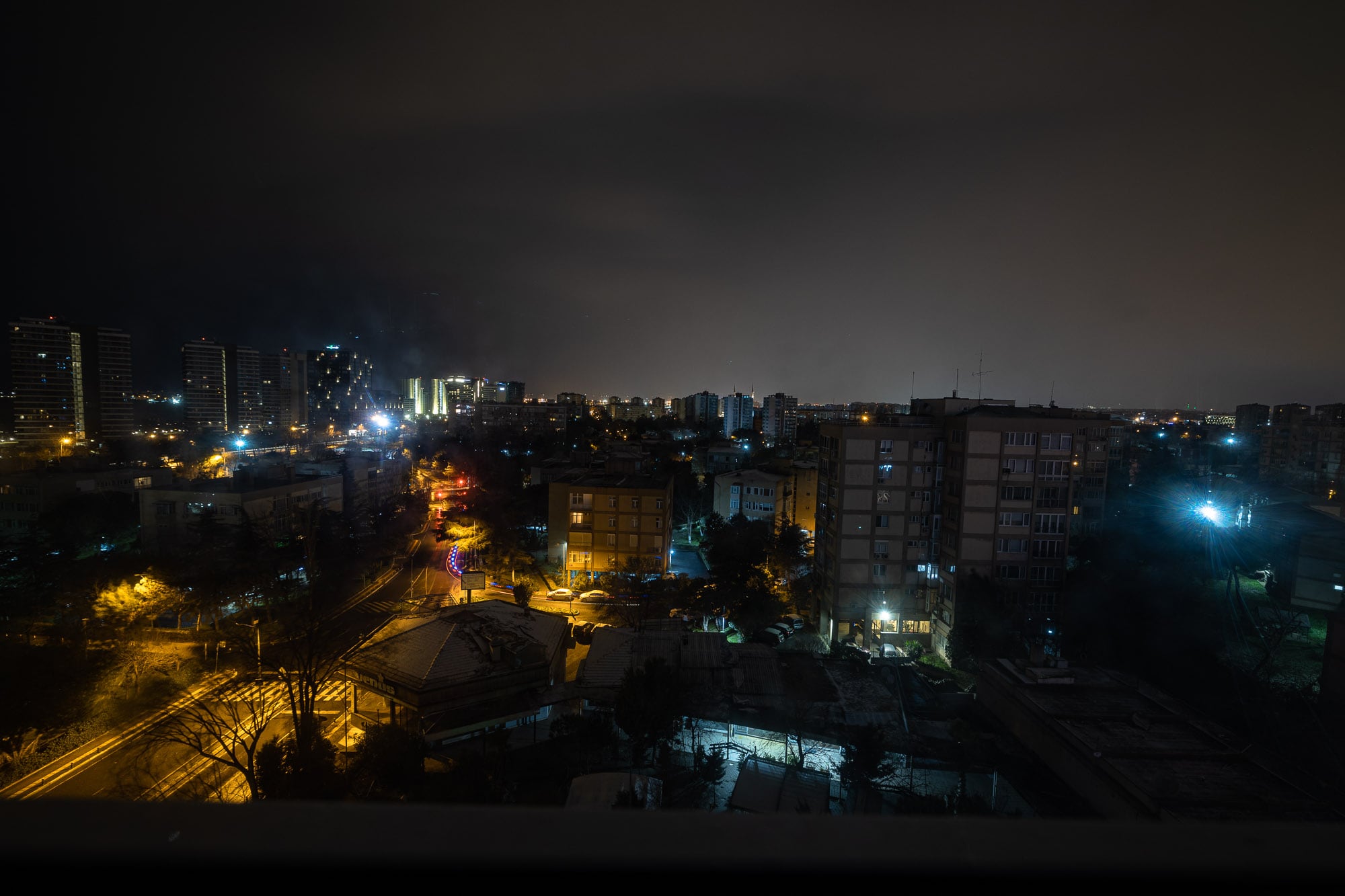 Day 502
from Istanbul to Istanbul