This post is about the part of Istanbul that’s called Kadiköy and how awesome I think it is. Because of liberalism, and because of cats.

I used to refer to the European side of Istanbul as the “fun side”. Looking at the map made it seem that way to me, maybe because most of the tourist attractions were located there.

But I was wrong. The real fun side of Istanbul is in Asia, and it’s called Kadıköy.

Or maybe it’s not the whole of Kadıköy, maybe it’s just a small part of it called Moda? I’m not sure. Anyway I’m going to just use the monicker Kadıköy to try and keep things simple.

In antiquity the whole area used to be called Chalcedon, and it was looking at the fortified city of Byzantium (later Constantinople) from across the Bosphorus. The name Chalcedon felt kind of familiar when I read it, and it turned out to be the location of an important ecclesiastical council that was held in the 5th century. Basically just a bunch of church VIPs arguing about religious dogmas.

Today the 15-million metropolis of Istanbul has swallowed up the area and everything around it. But interestingly enough, former Chalcedon has turned out to be one of the least religious parts of the city. Especially the Moda neighborhood is full of hipster shops, cafés, restaurants, and bars. You can get all kinds of food from different places in the world, there are graffiti for women’s rights, and I thought I saw a few LGBTQ couples holding hands in the street.

In a way it feels like an island within the conservative ocean of Turkey.

And then there are the cats! Every neighborhood of Istanbul has an abundance of cats, but there seem to be even more in Kadıköy. When I went to a bar called Mathilda Bar and asked for the name of a cat that had sat down next to me, I was told that her name was Mathilda. Duh!

The people here seem to love cats, and there are little cat houses and food bowls everywhere. One thing I noticed was that many of them had clipped ear tips, so apparently they were vaccinated and spayed. Good for the city and good for them.

Of course there are many good doggos in Kadıköy as well, but the cats seem to be running the show. And the little fuckers strut around like bosses.

I think we should all refer to Kadıköy as Kediköy. Village Of Cats.

Anyway, if you decide to do the smart thing on your visit to Istanbul and stay in Kediköy, then in order to get to the tourist attractions you’re going to have to cross the Bosphorus. You can do this by metro, by bus, by car, and it is rumored that some of us have even walked to the other side.

But the most relaxing way is to go by ferry. They depart every ten to fifteen minutes, and they take less than half an hour to get to the other side. Seagulls accompany them, sometimes there are very talented buskers, and the views from the decks are gorgeous.

I have left a piece of my heart in Kediköy. 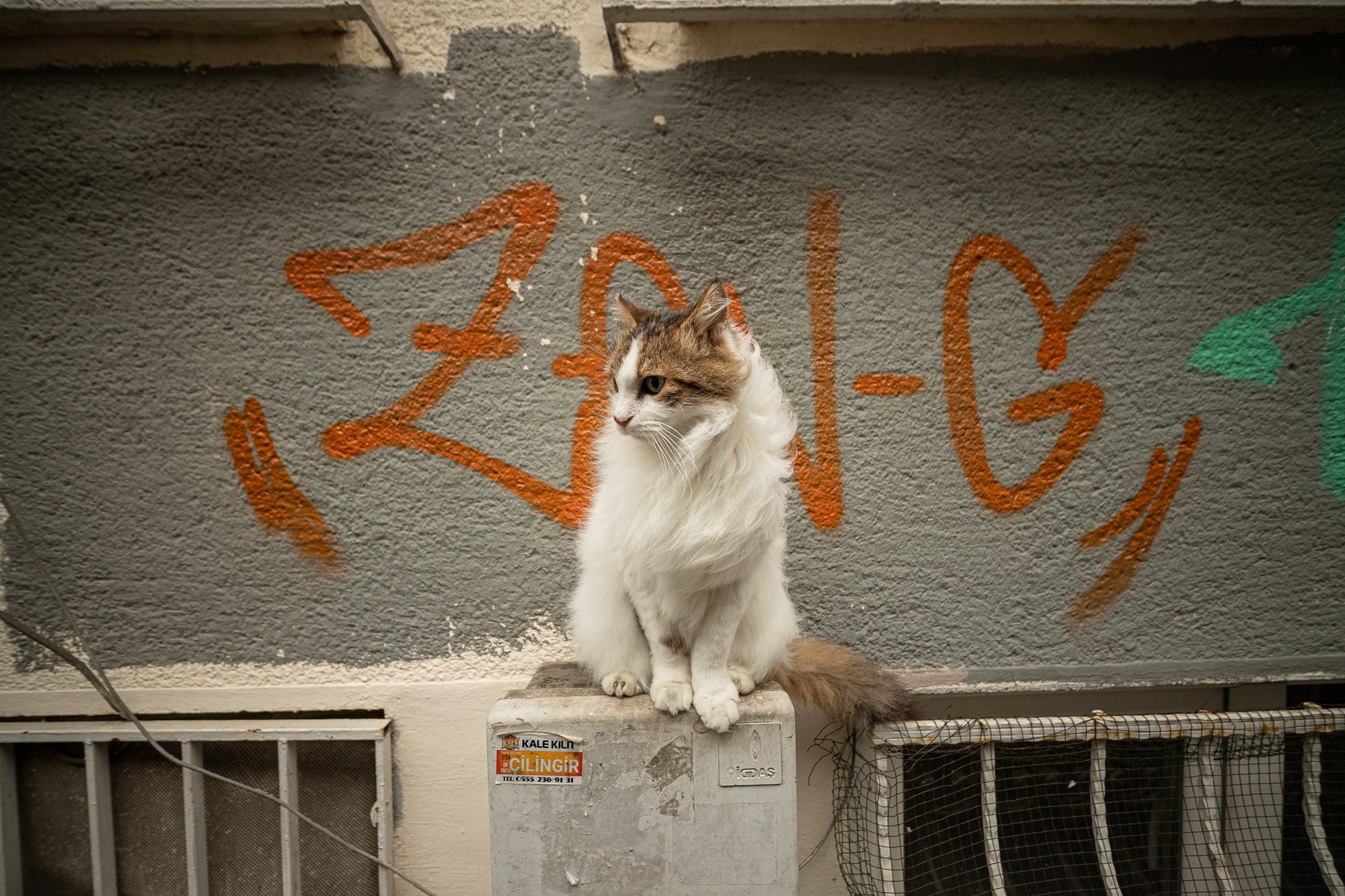 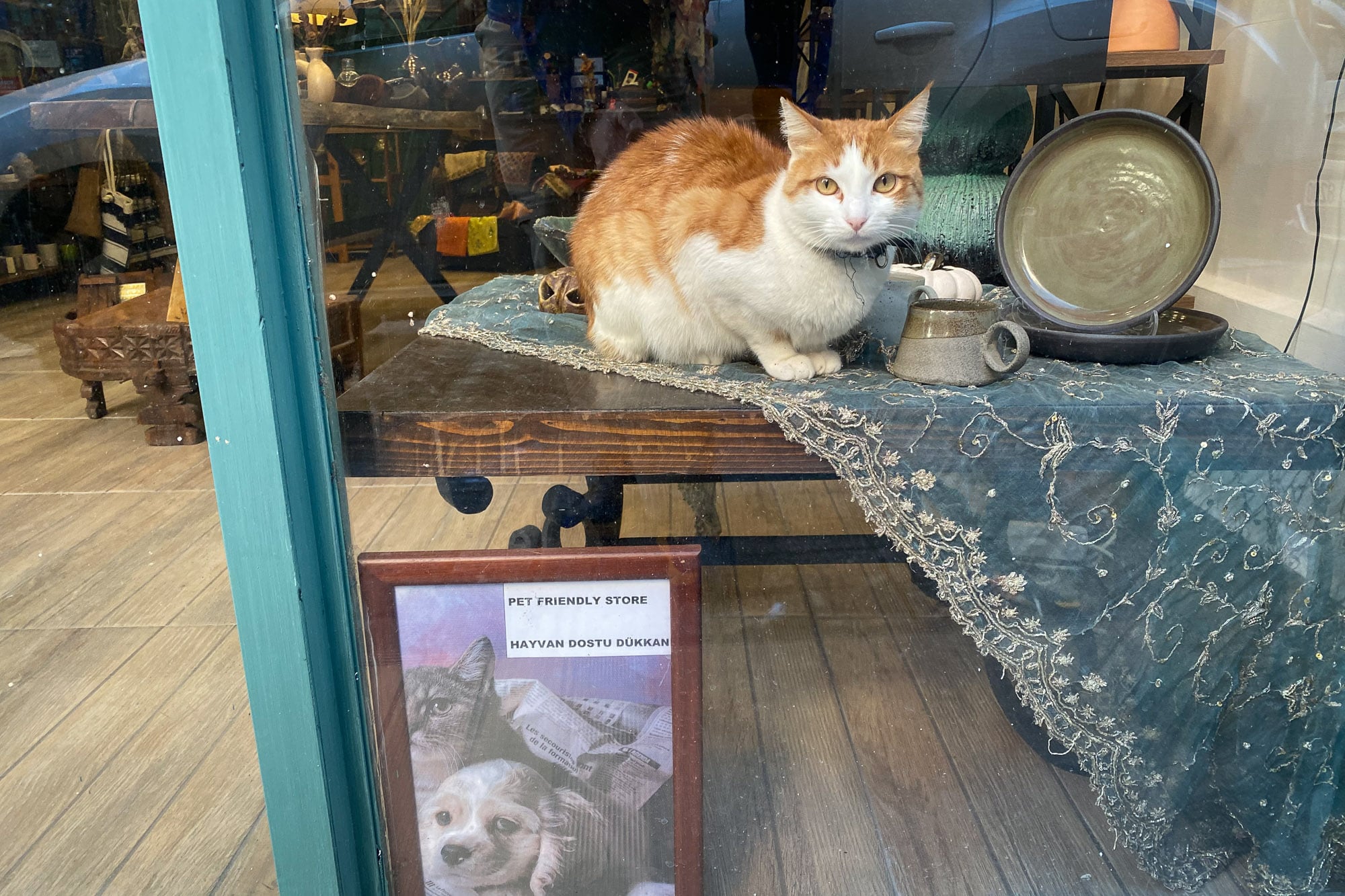 Kitteh having lunch on the doorstep of a shop: 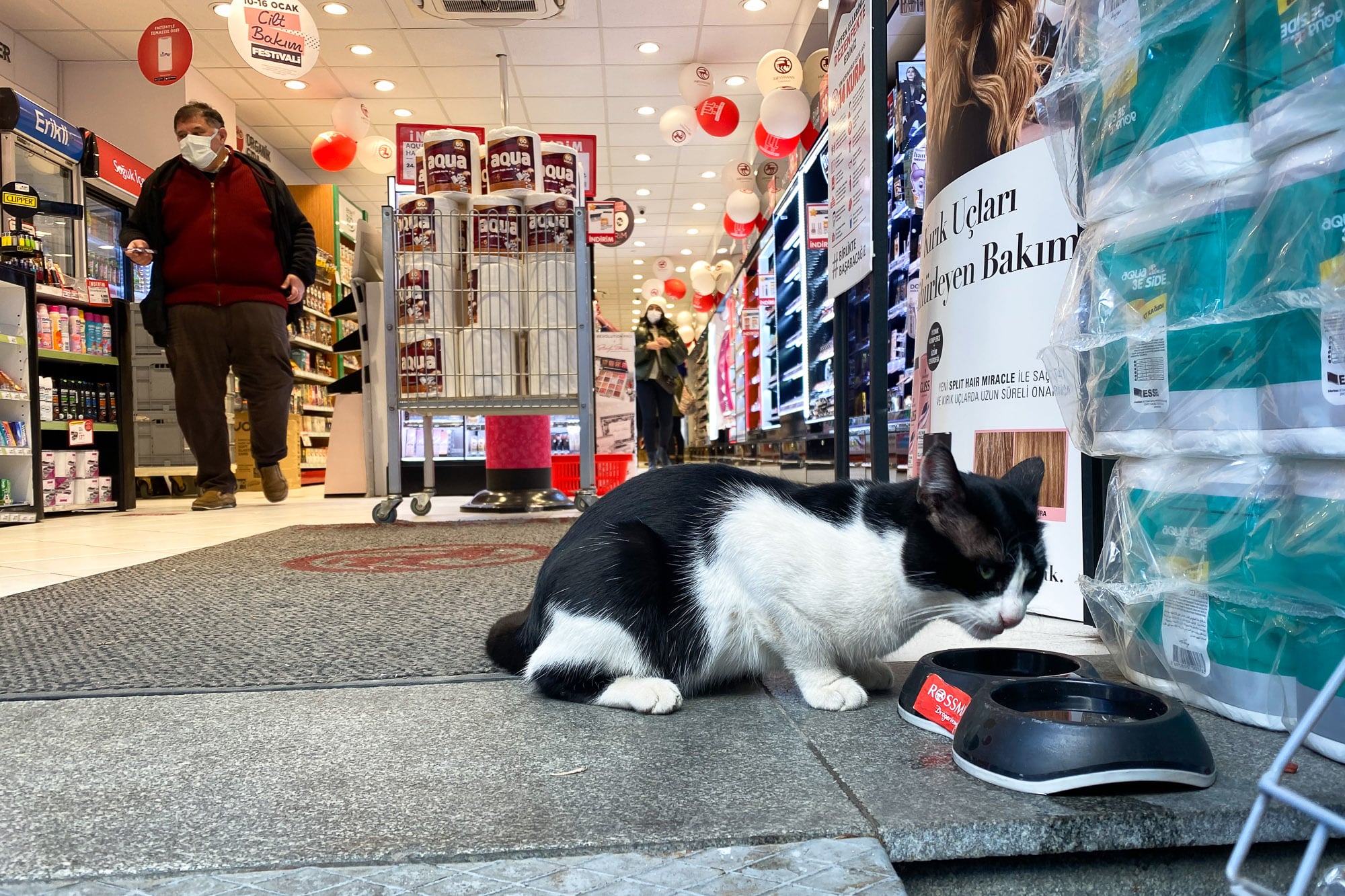 You can get tacos in Kadıköy: 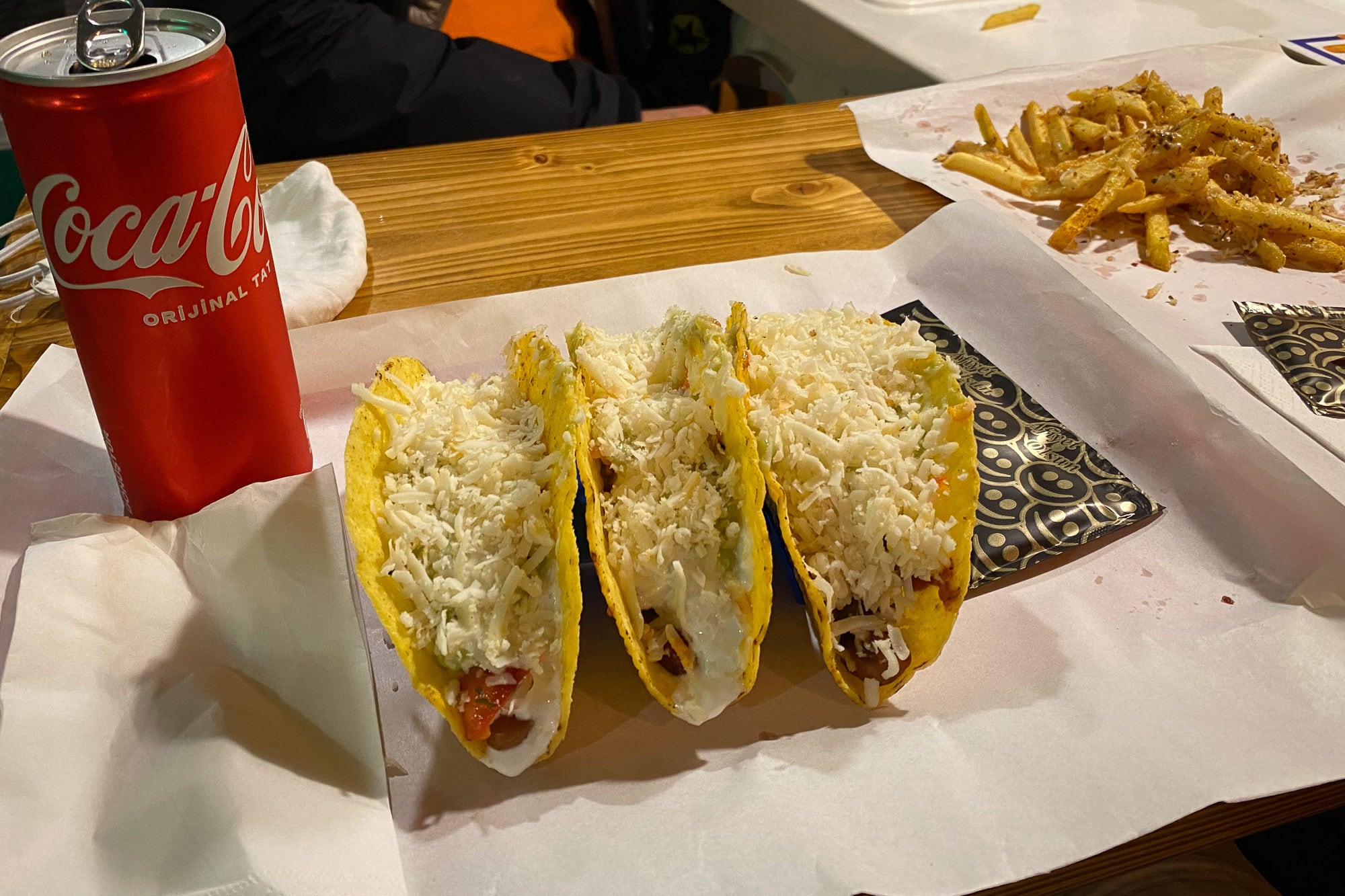 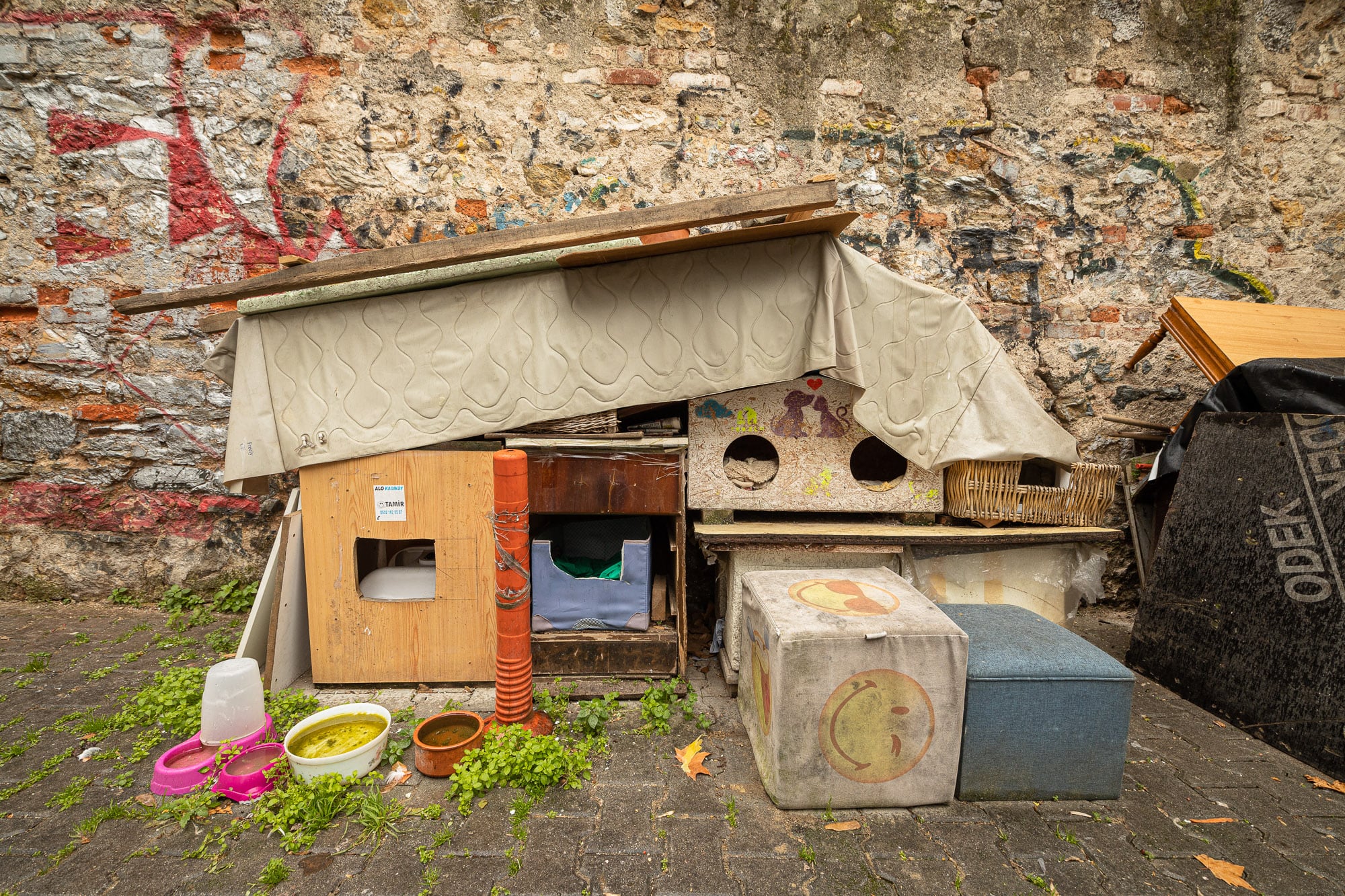 An example of wordplay on a conservative slogan: 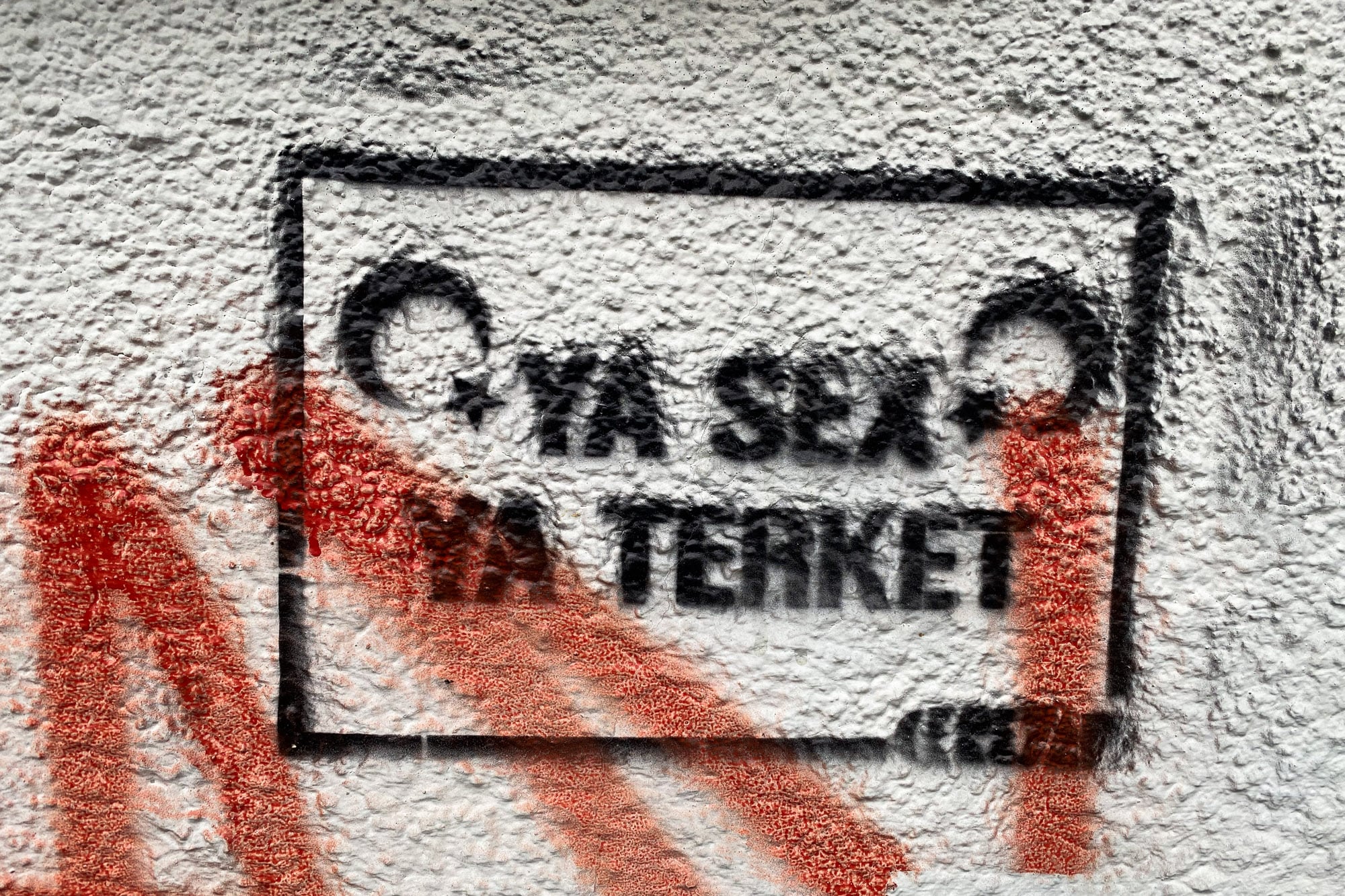 Look at this fat face: 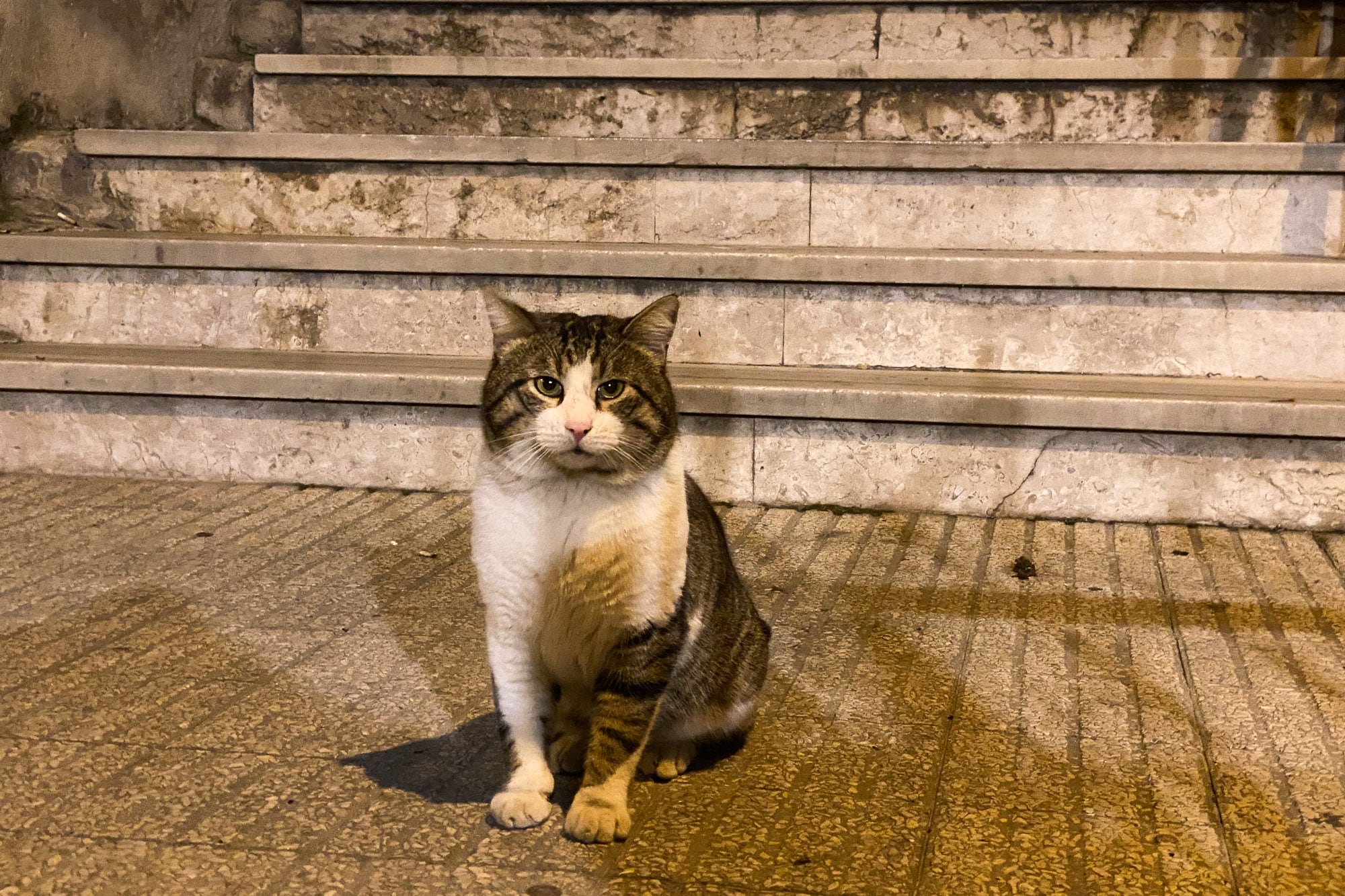 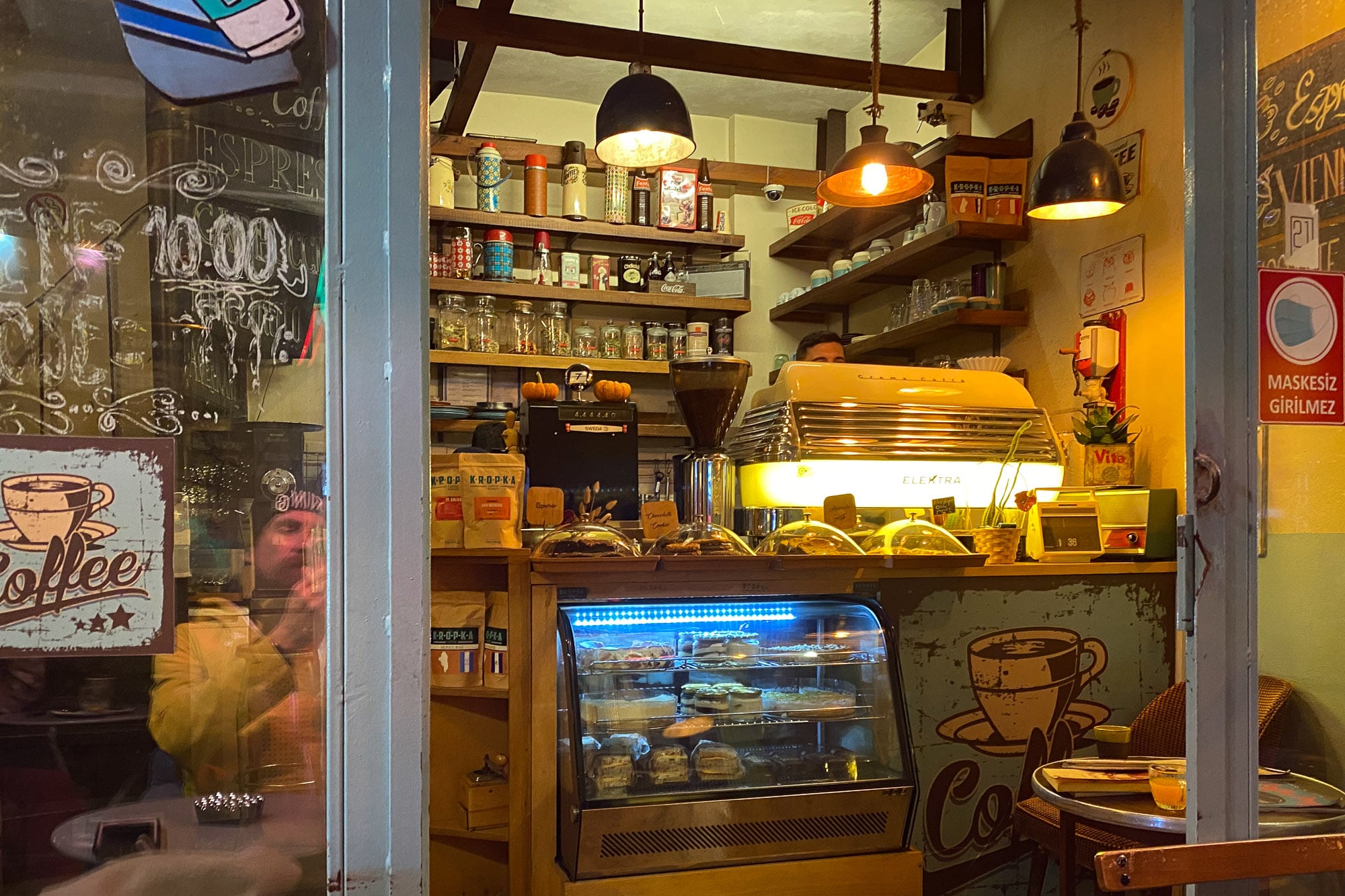 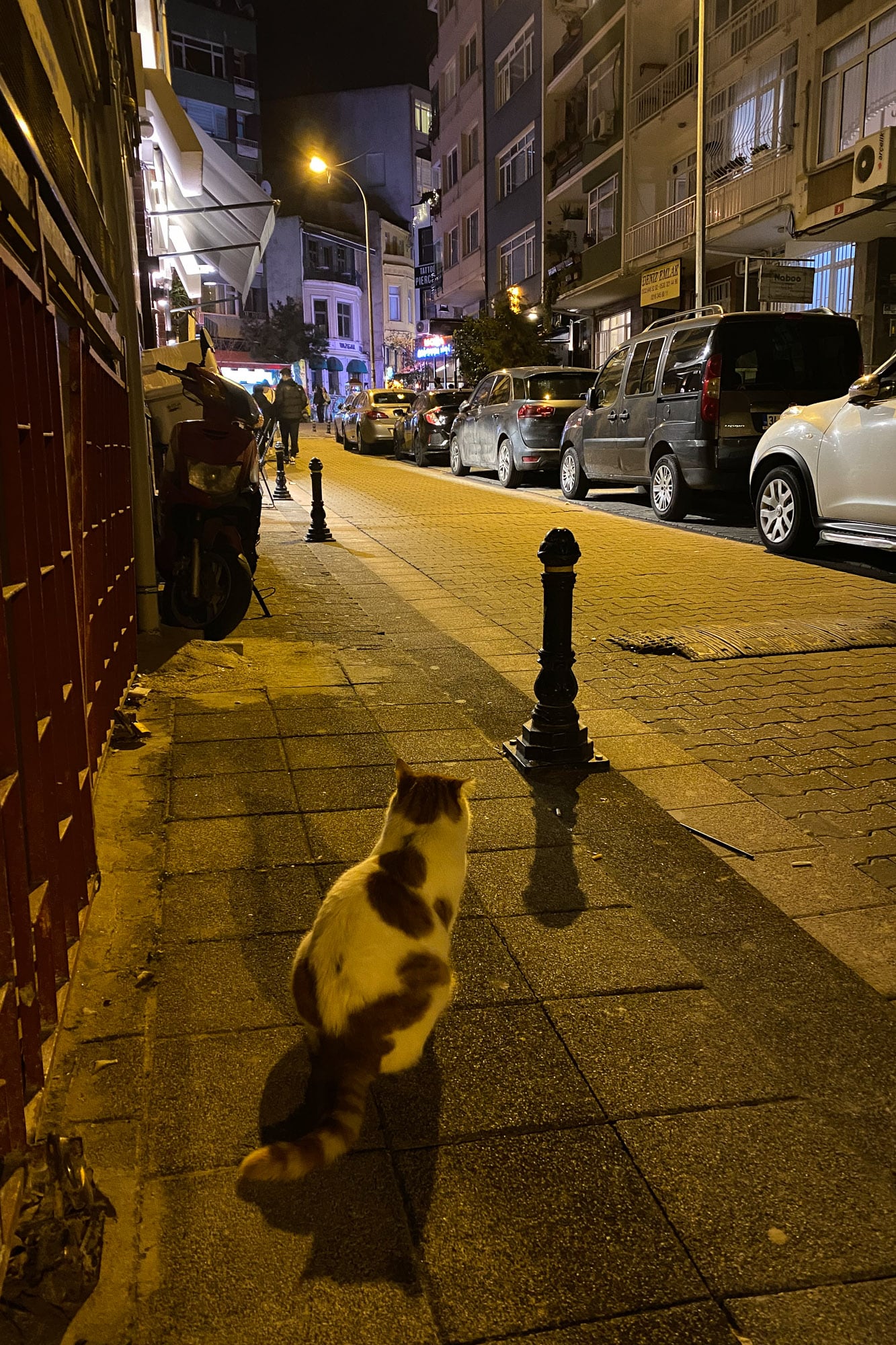 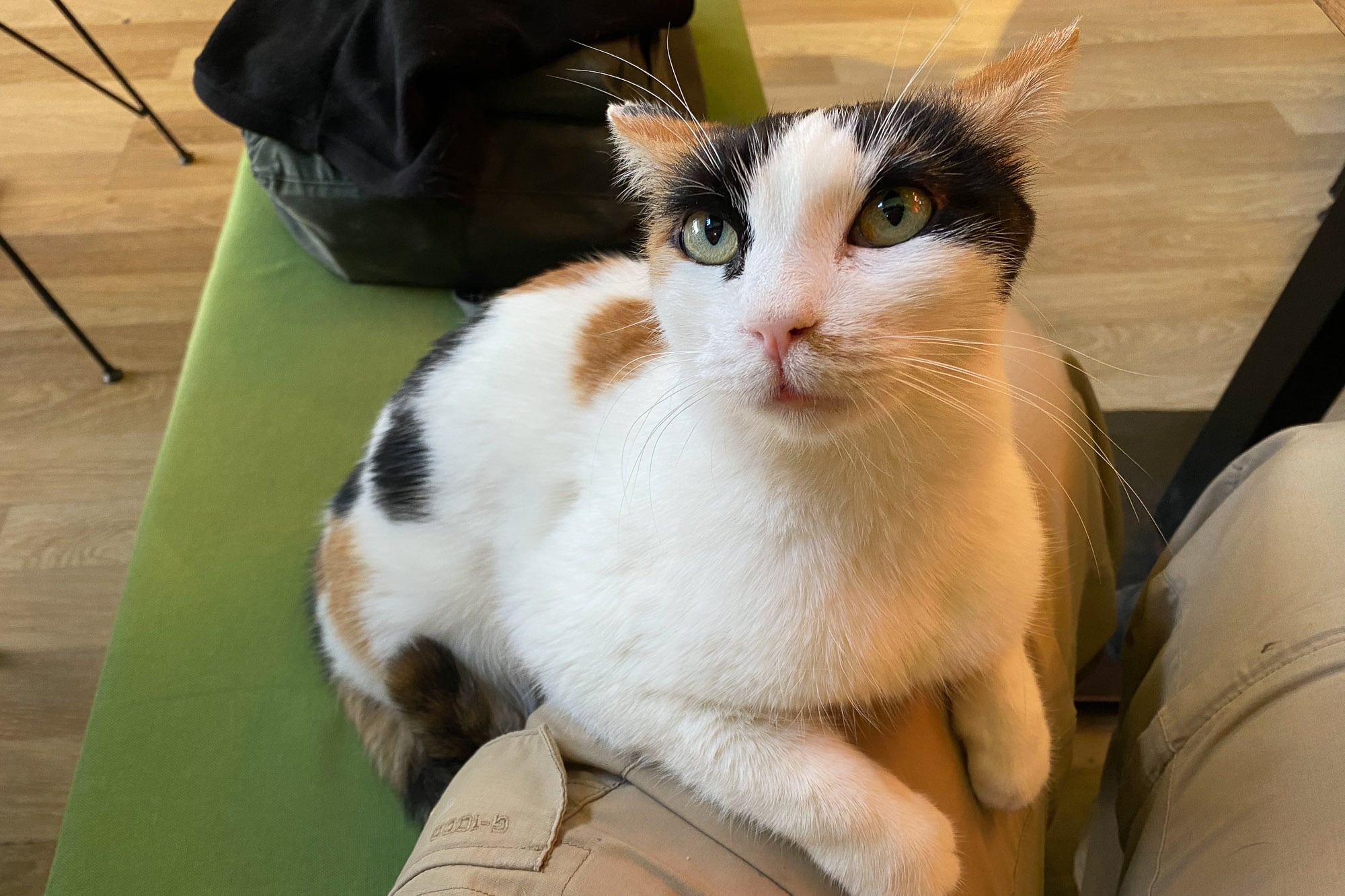 And sometimes they sit on your lap: 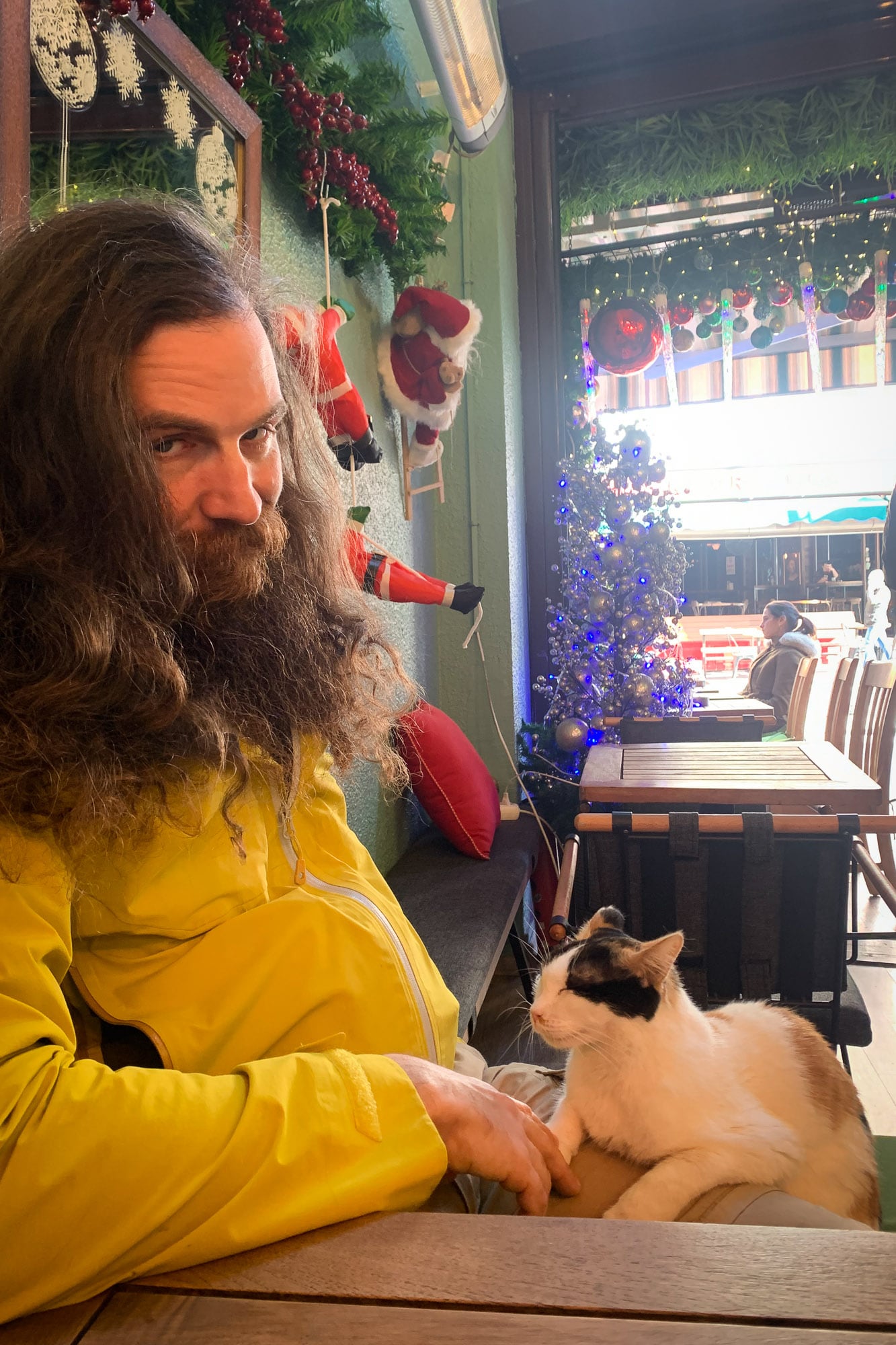 You can find a decent expresso: 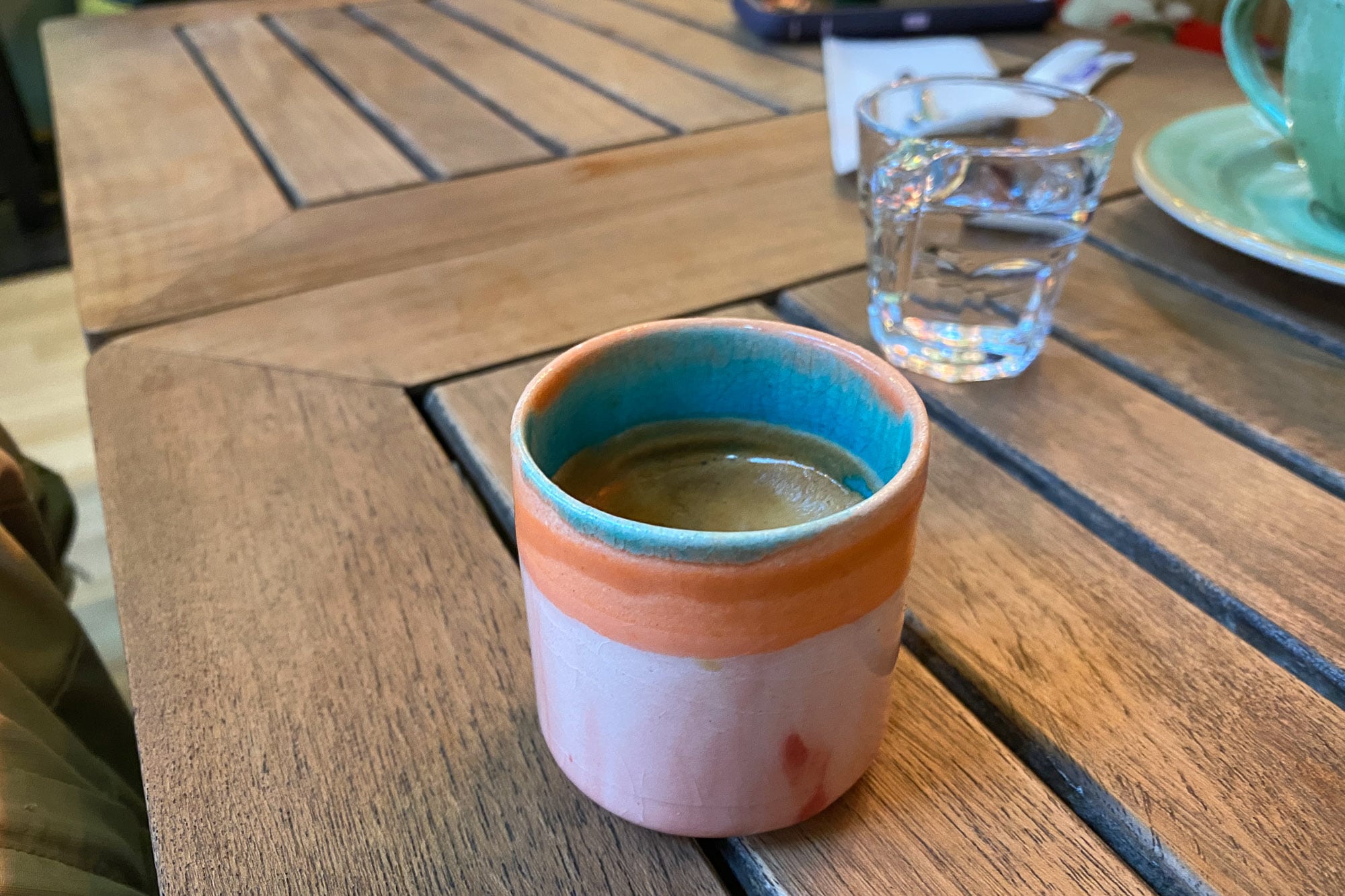 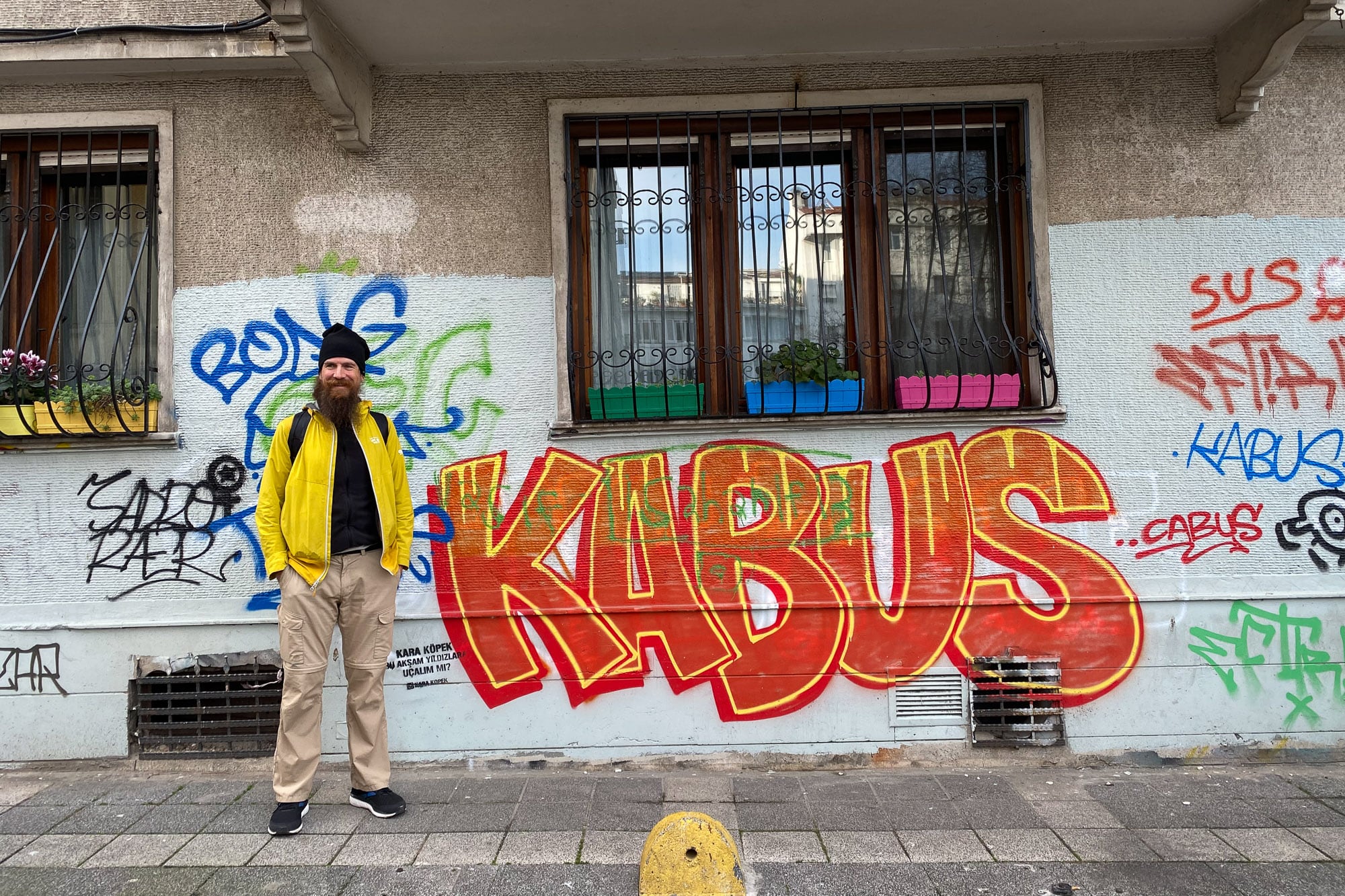 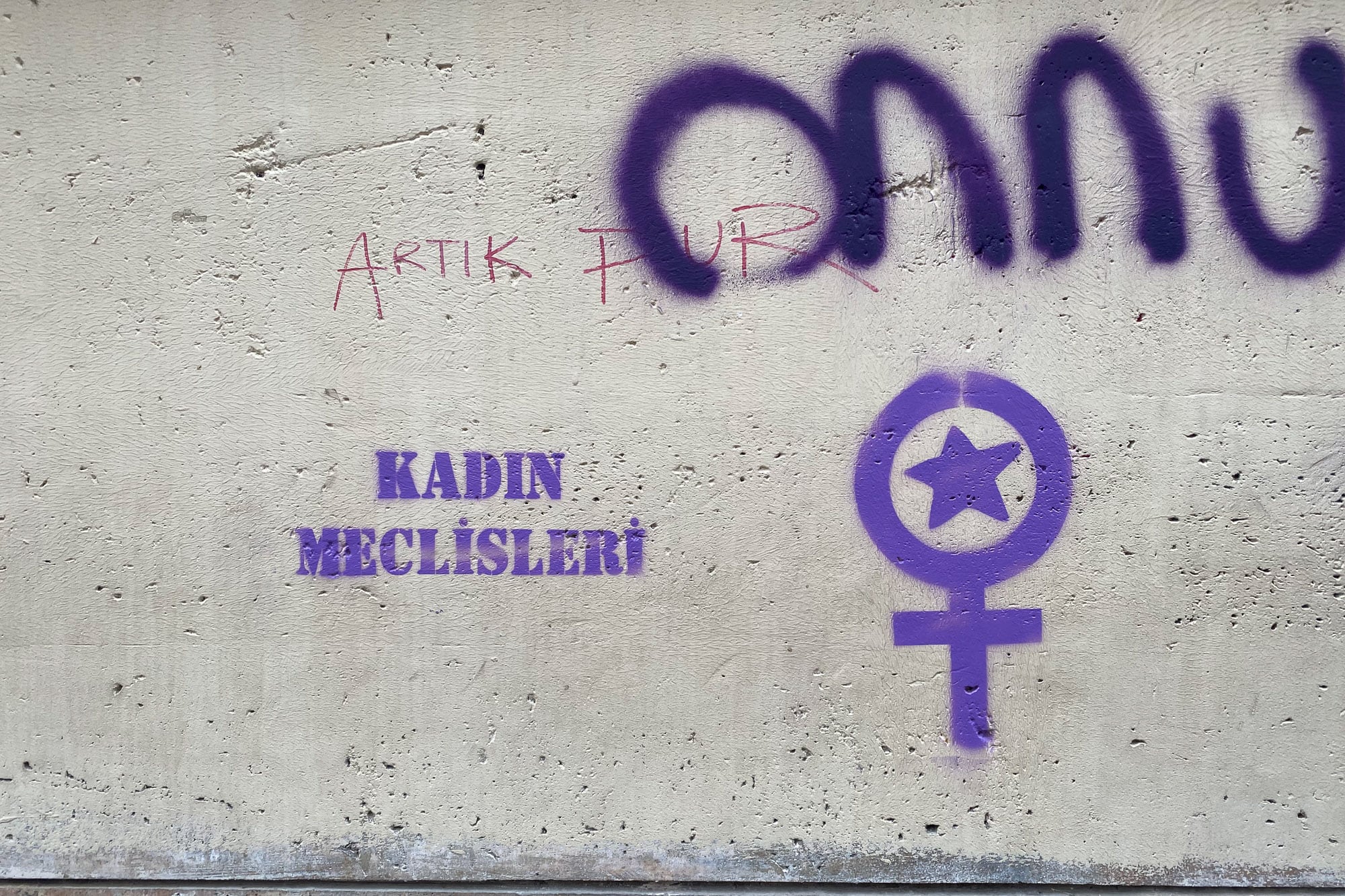 The drinks aren’t bad in Kadıköy either: 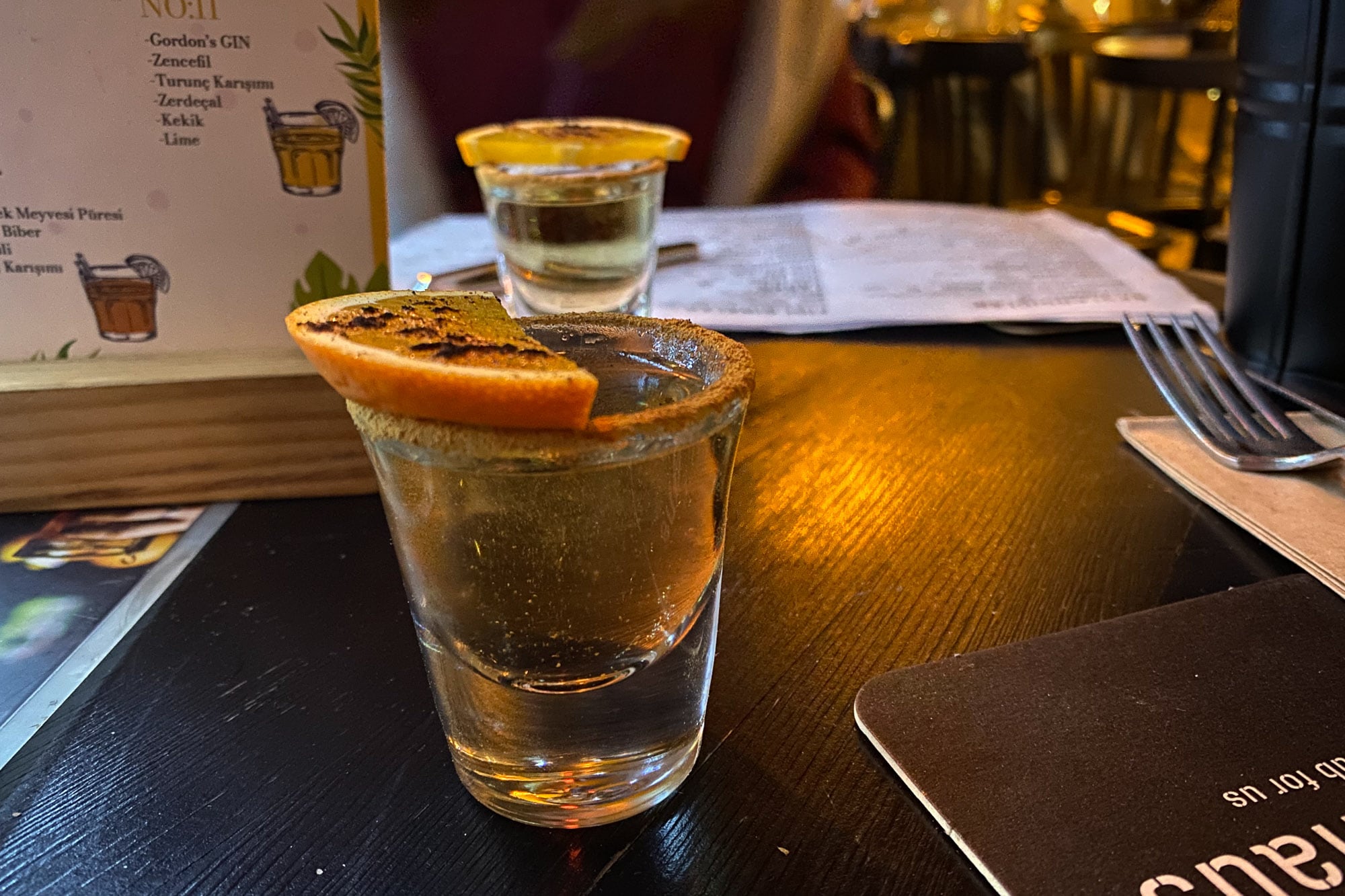 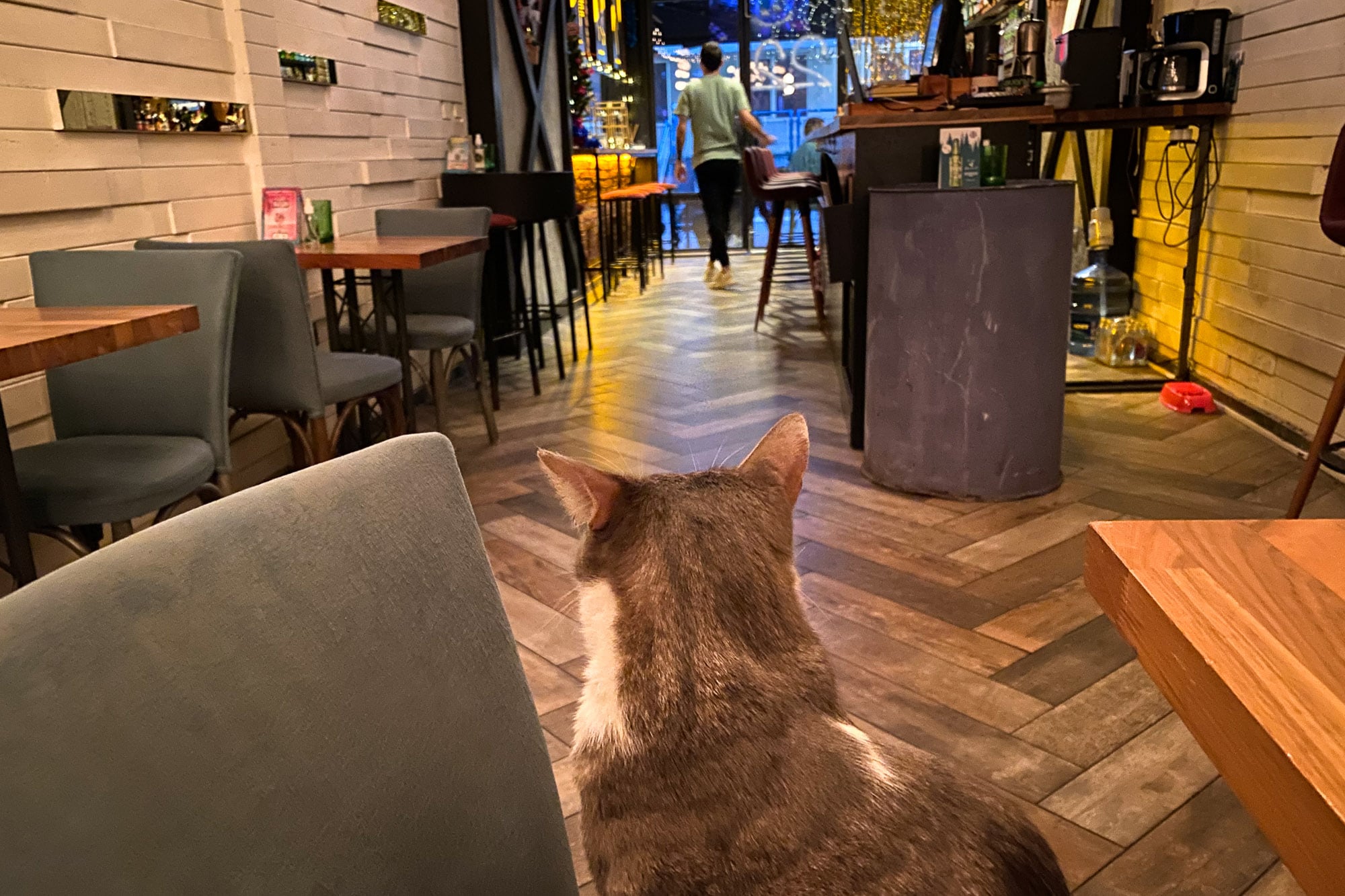 The Turkish food is more interesting as well: 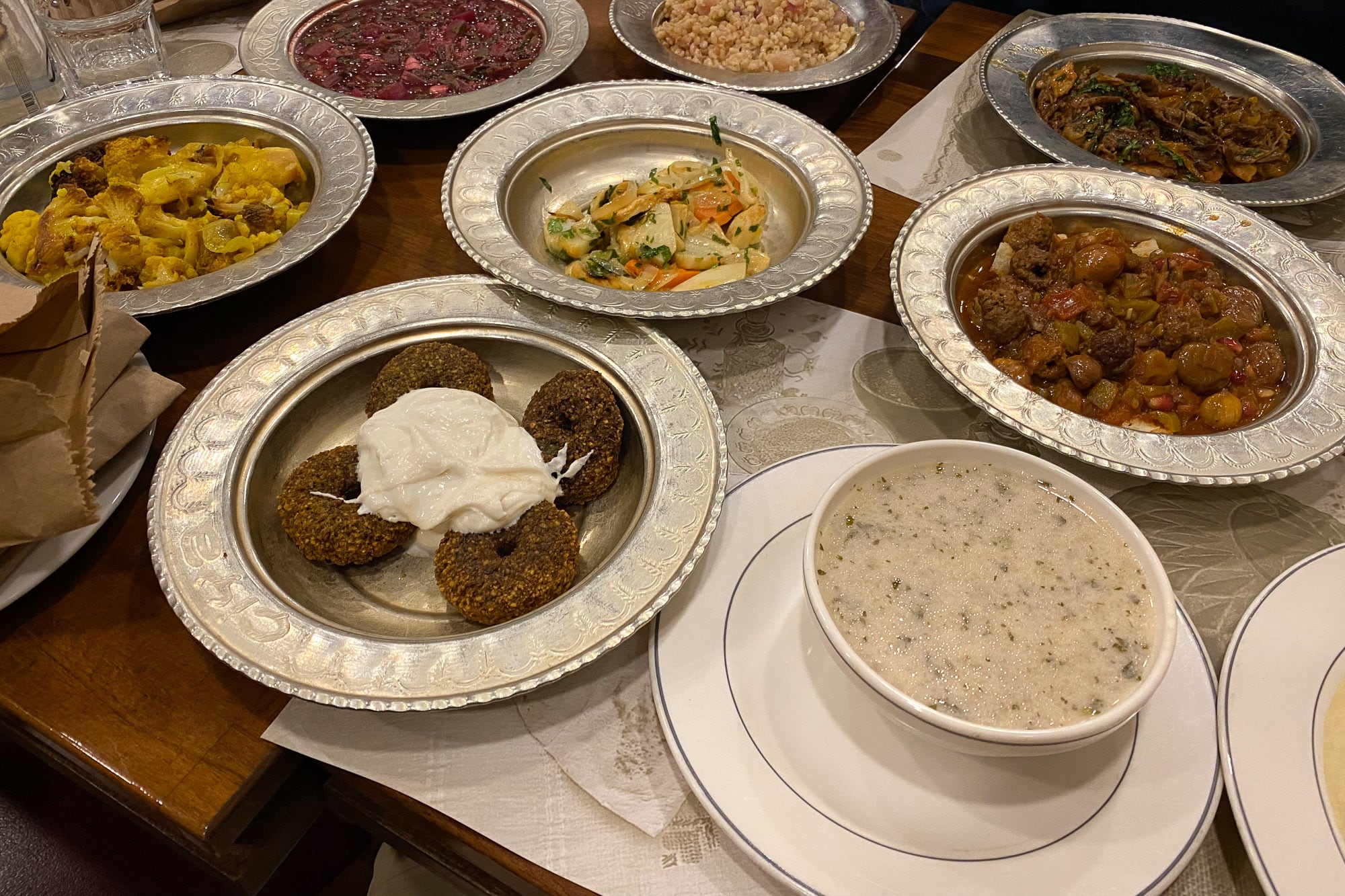 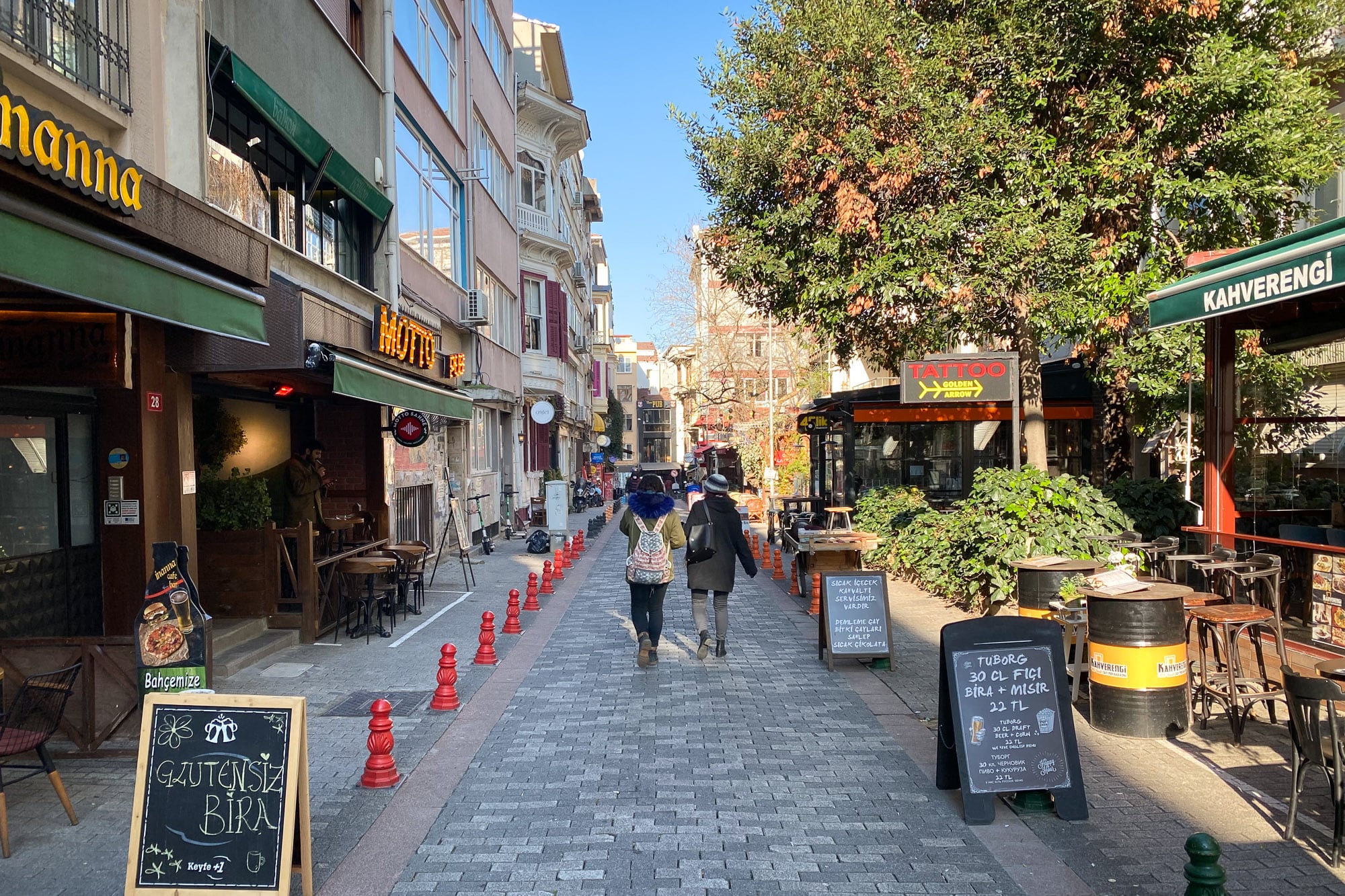 The seagulls around the ferries: 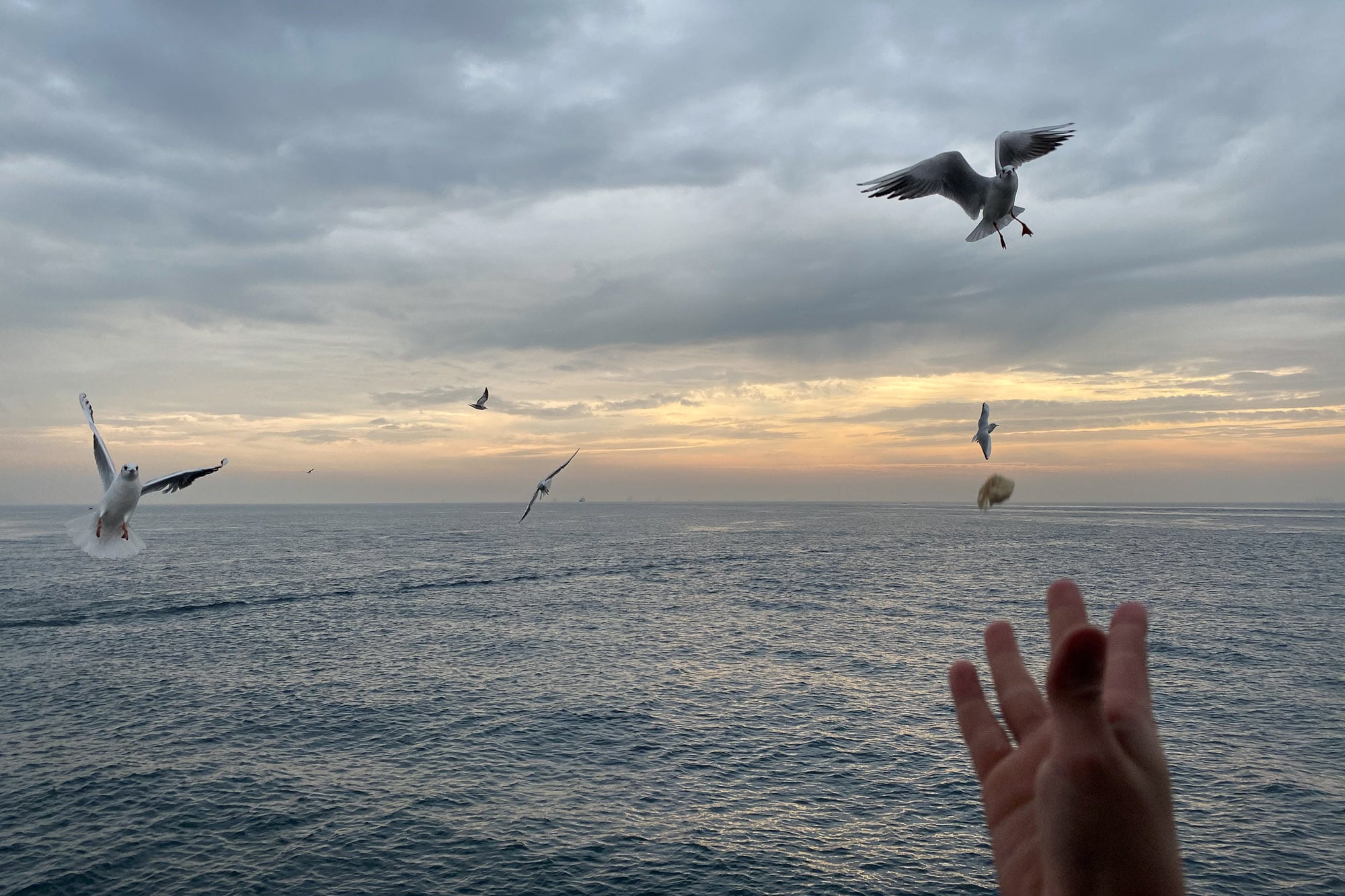