This post is about a visit to Topkapi Palace in Istanbul. I am confused by the stylistic mess and delighted by a forgery and by a church.

The Caboose is safe in a garage on the European side while I am staying with the Kantian in Kadıköy. Istanbul is all around me, and I can go everywhere I want. Somehow it feels as if the European side is a level that I have just unlocked. And now I can finally go and pick up some collectibles.

So today I went to the Topkapı Palace. It sits in the heart of the oldest part of the city, right where Byzantium and Constantinople used to be, and for a few centuries it was the seat of the Ottoman Sultans.

When you look at it from the outside, the most remarkable thing about it is how unremarkable it is. All you see is a wall with some trees and a tower peeking out from the top. A friend of mine said this was nice because it appeared humble. I like that thought.

The inside of Topkapı Palace is surprisingly green. It is divided into a few courtyards, each of which has been arranged like an asymmetrical garden with some halls and pavilions scattered around. Most of the main buildings seem to be part of the wall structures, though.

I bought a ticket for the complete palace and walked through audience halls, kitchens, servant dormitories, libraries, prayer rooms, and a huge harem. It rained a bit, but there were still a lot of tourists around.

What struck me was the abundance in styles everywhere. A pair of gates looked as if they were from a Monty Python sketch about medieval Europe. Some windows looked as if they were from a village in the Alps. Certain parts of buildings looked Baroque while others were much more subdued. Marble was next to uncoated bricks, richly ornamented tiles were next to painted walls.

It seemed a bit as if every Sultan, one after the other, had added a few of his favorite things to the palace. Eclecticism was the result.

what ISIS has to do with the Sultans

I had come for one specific thing, though: the fake seal of Muhammad. I had read about it in an article a few months earlier. Apparently the work of a European forger, the seal and an accompanying letter had been bought by a Sultan in the 19th century, only to eventually end up on the flag of the so-called “Islamic State”. Yes, you read that right: the geniuses from Daesh were really waving a flag with a European forgery on it. Ha.

When I got to a place with a long line out front, I decided to try my luck. It took about fifteen minutes of waiting until I was in a dimly lit hall listening to a man’s voice reciting the Qur’an via loudspeaker. We, the visitors, were defiling in a long line through the hall, and nobody was taking any pictures.

I understood that I had probably come to the right place when I noticed the first exhibit. It was an old-looking sword that was attributed to David – slayer of Goliath and first king of Israel. Okay, I thought, Suuuure.

try not to laugh

The second exhibit had me giggling: it was an unassuming, slightly crooked stick. The accompanying text said it was the staff of none other than Moses himself. Apparently, this tree branch was supposed to be the rod that had parted the Red Sea and produced water from a rock. Hihihihi, I went, hihihihi.

The rest of the exhibits were in the same category: a piece of Muhammad’s beard, a print of his (huge) foot, his sword, the sword of his friend, the sword of yet another friend – and also his seal, the forgery that I had longed to see.

The seal was tiny, but I was delighted.

As it turned out, collecting relics wasn’t just a stupid thing we Catholics liked to do. Yay!

I left Topkapı Palace with a slightly underwhelmed feeling. But there was one more thing to look at on the way out: the old church of Hagia Irene. It was from the sixth century, and it had never been converted into a mosque. It stood there, a silent witness to one and a half millennia of history.

There was a quiet dignity to the nakedness of its stones.

I liked it very much.

One of the courtyards of the Topkapı Palace: 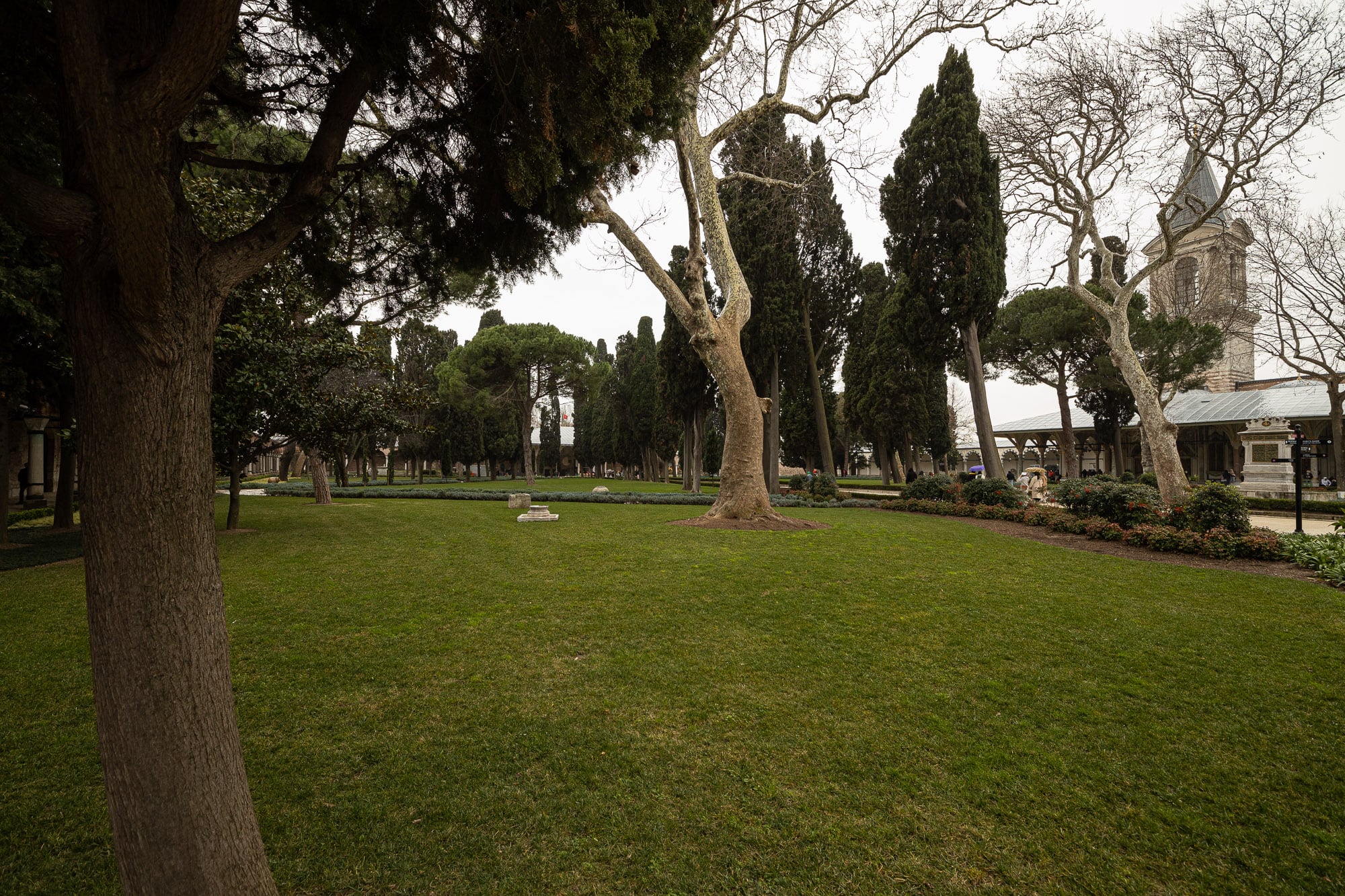 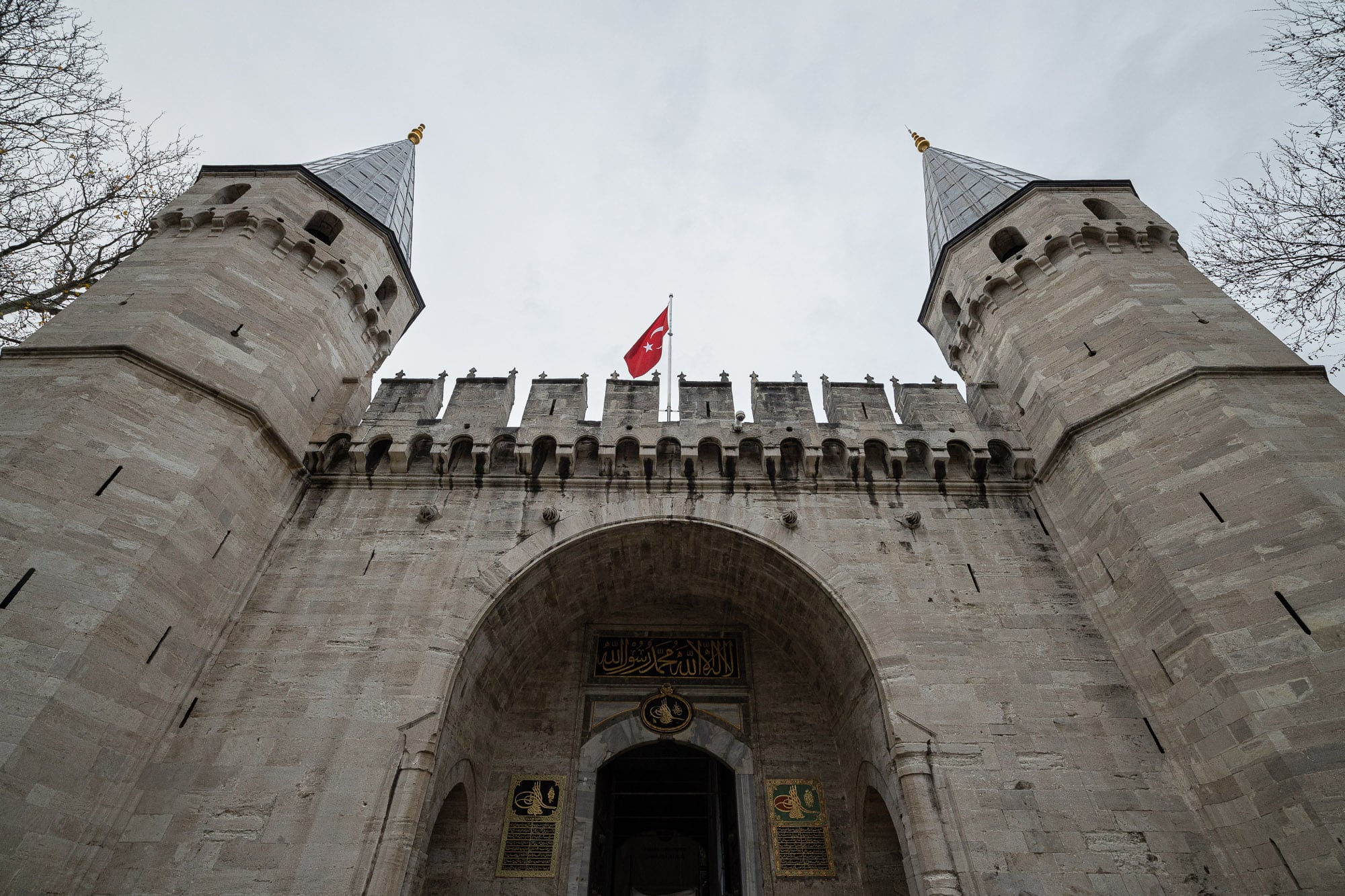 Some of the tile work in the Topkapı Palace: 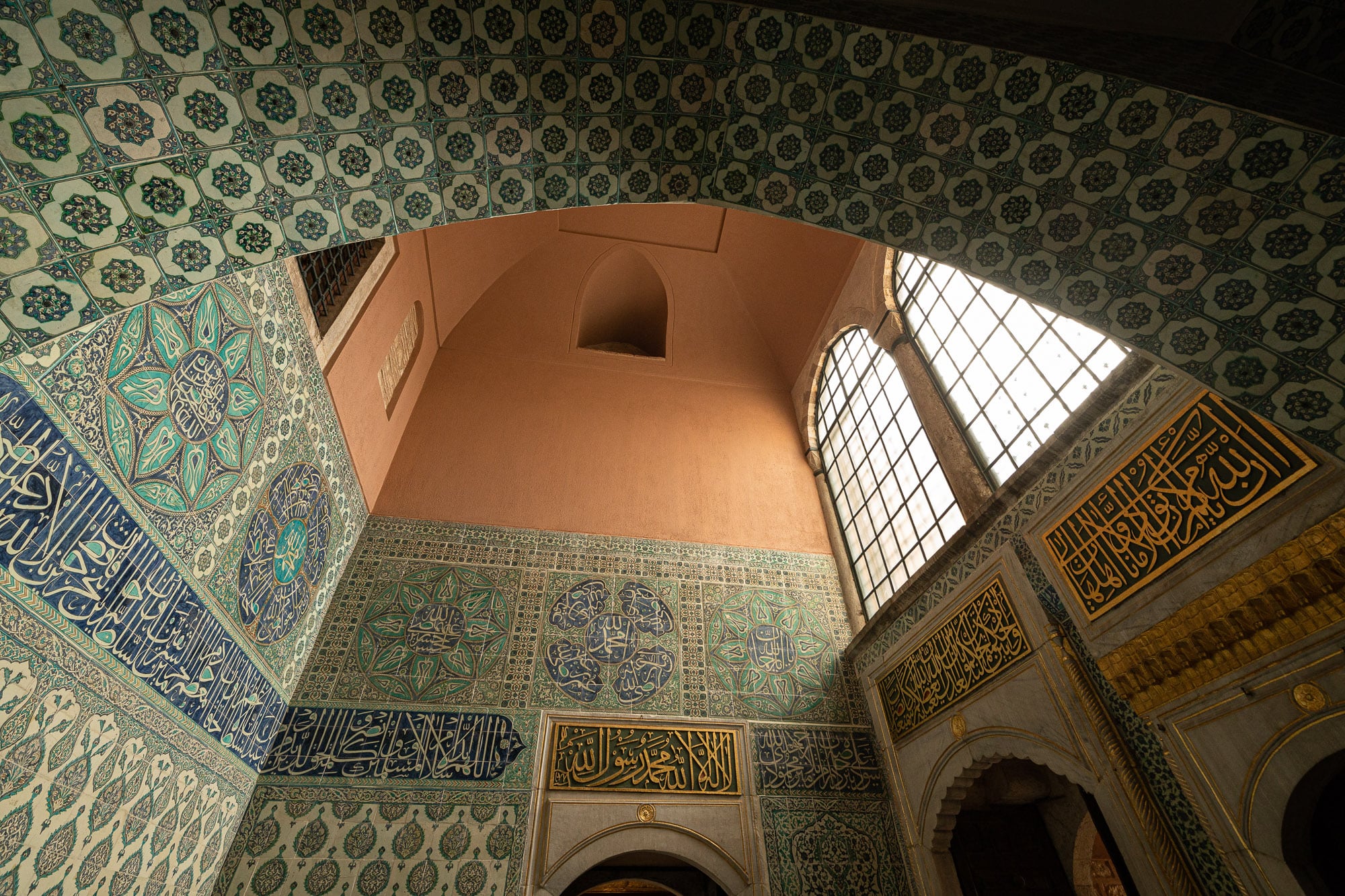 Imperial Hall with the throne of the sultan: 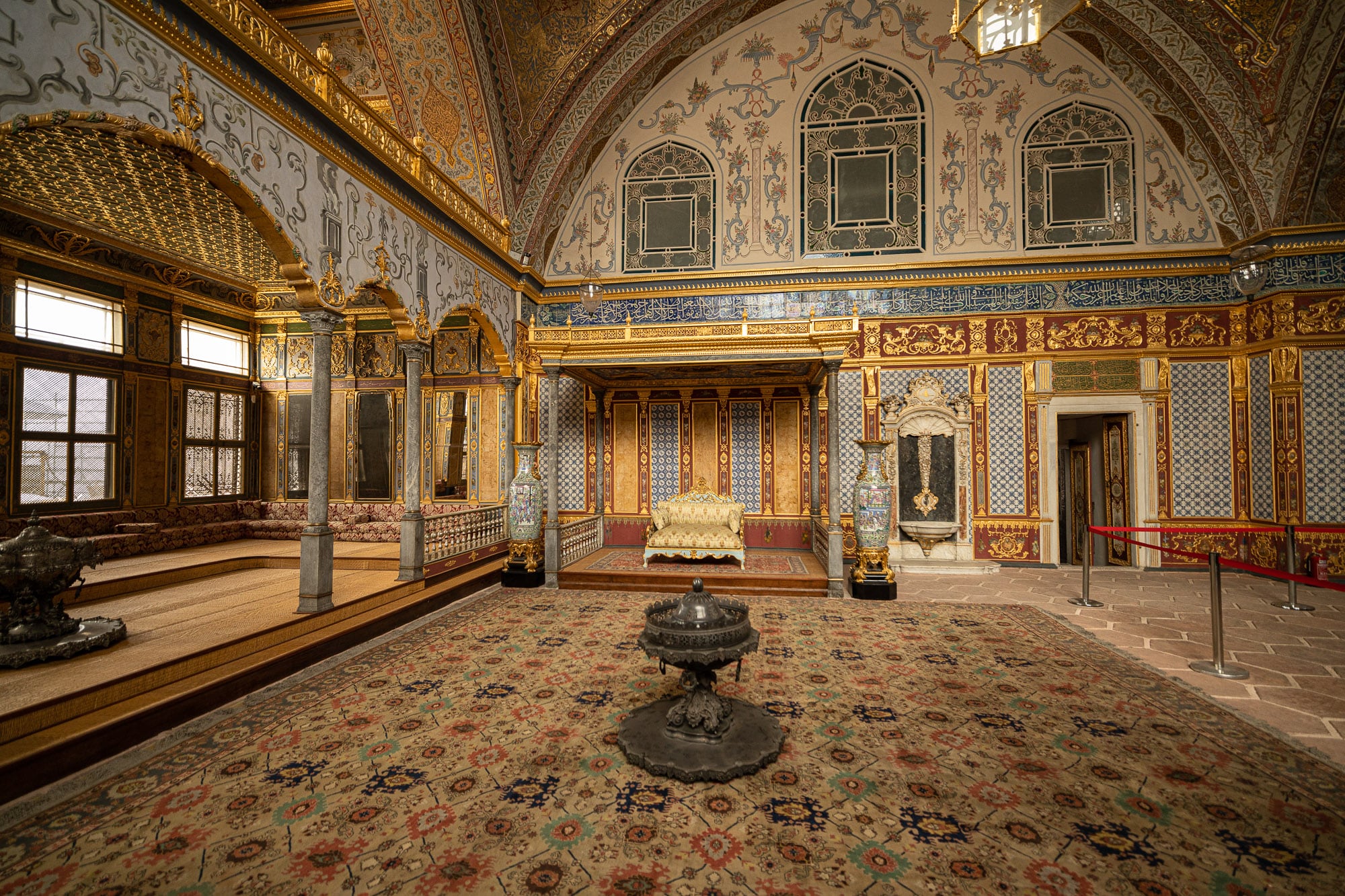 I forget which room this was: 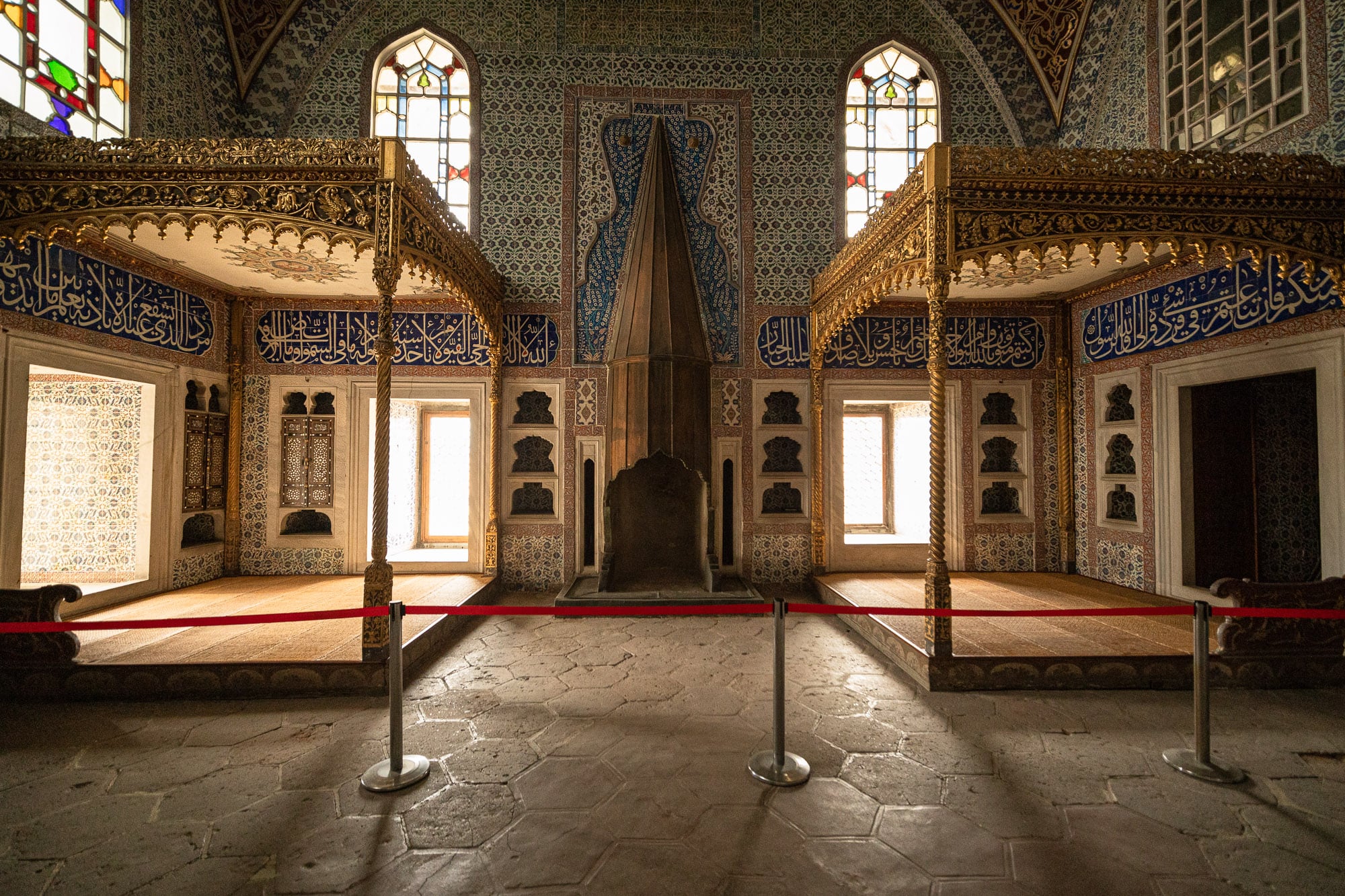 The Courtyard of the Favorites: 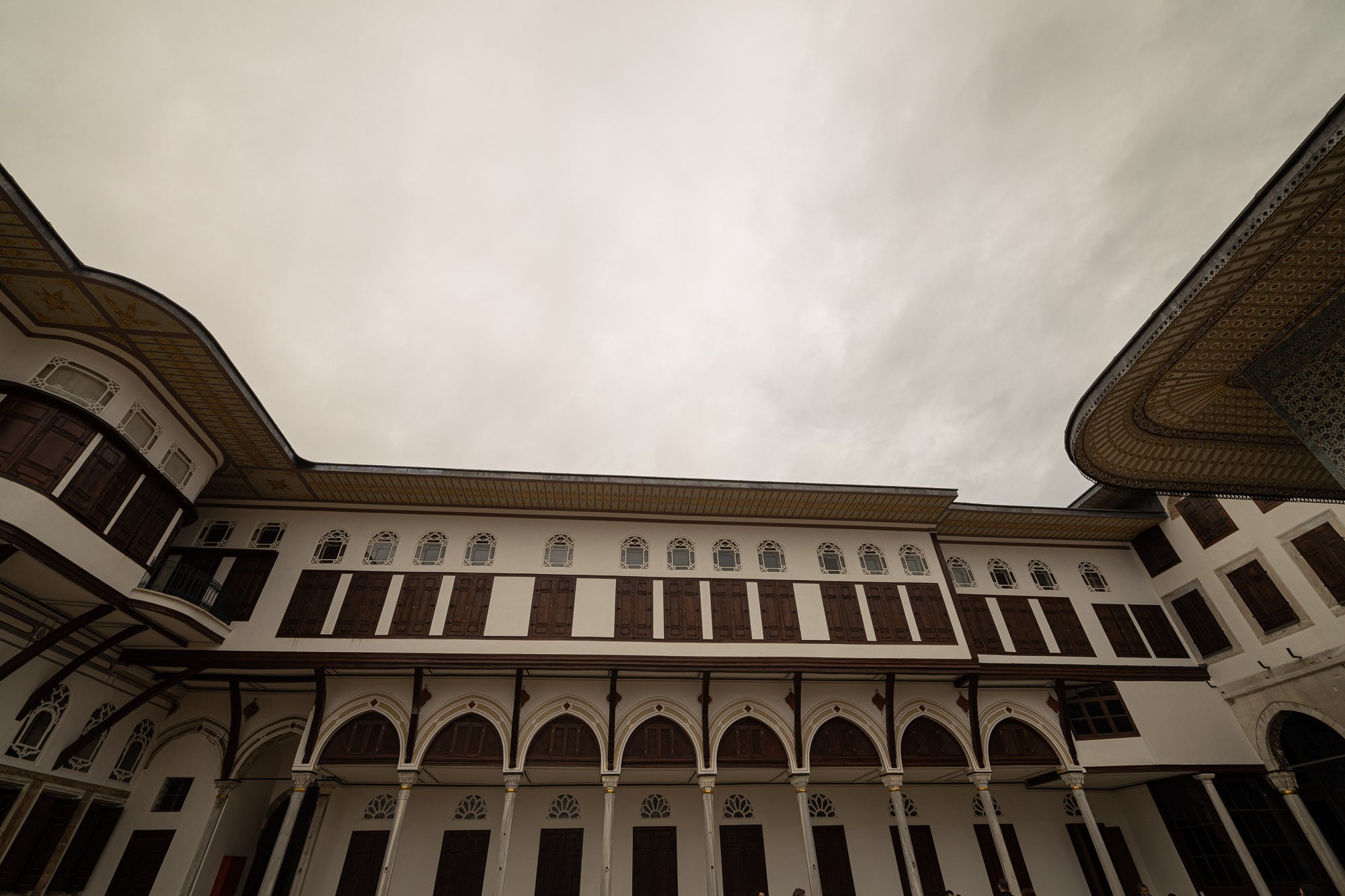 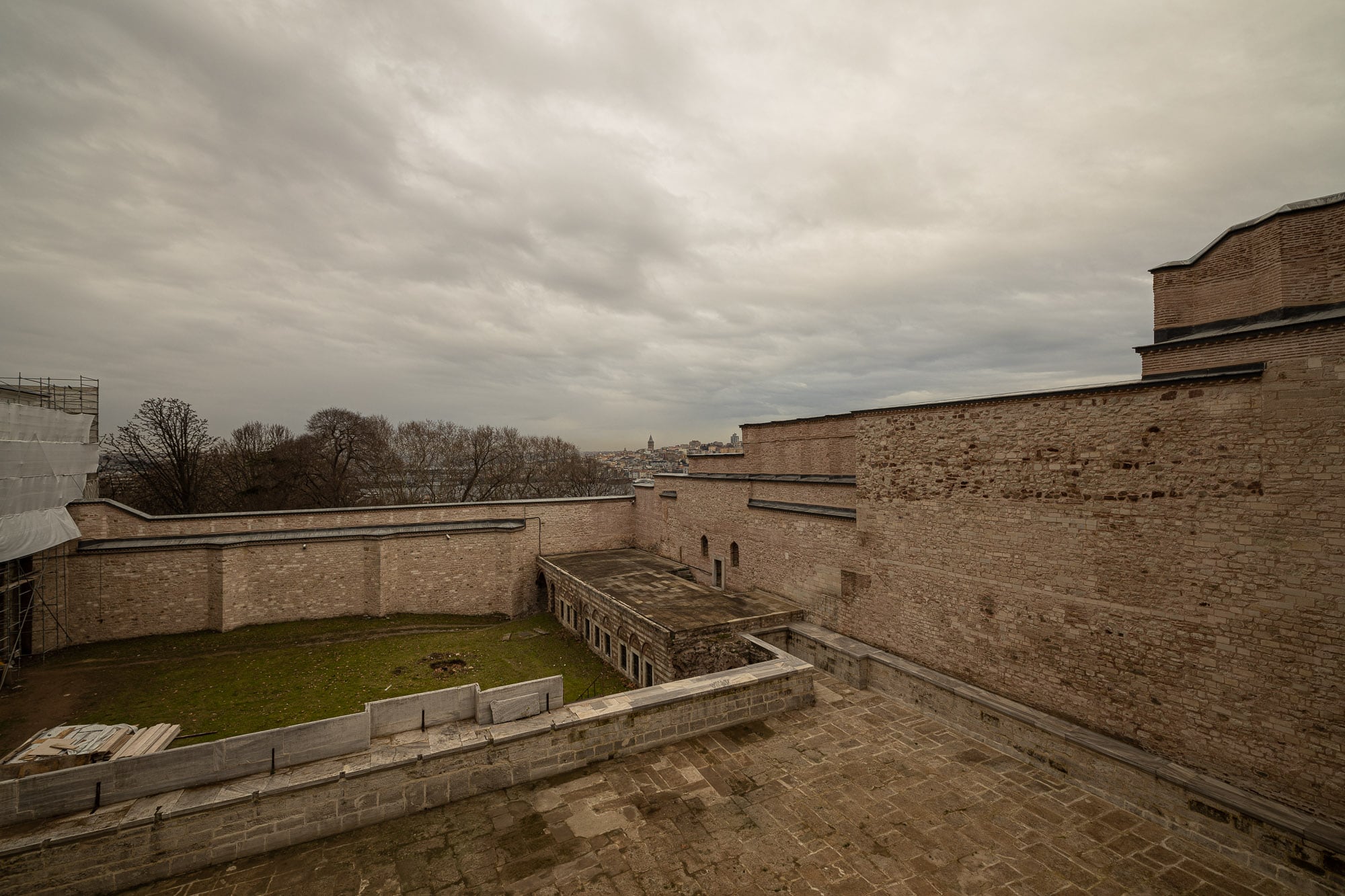 Courtyard of the Apartments of the Queen Mother: 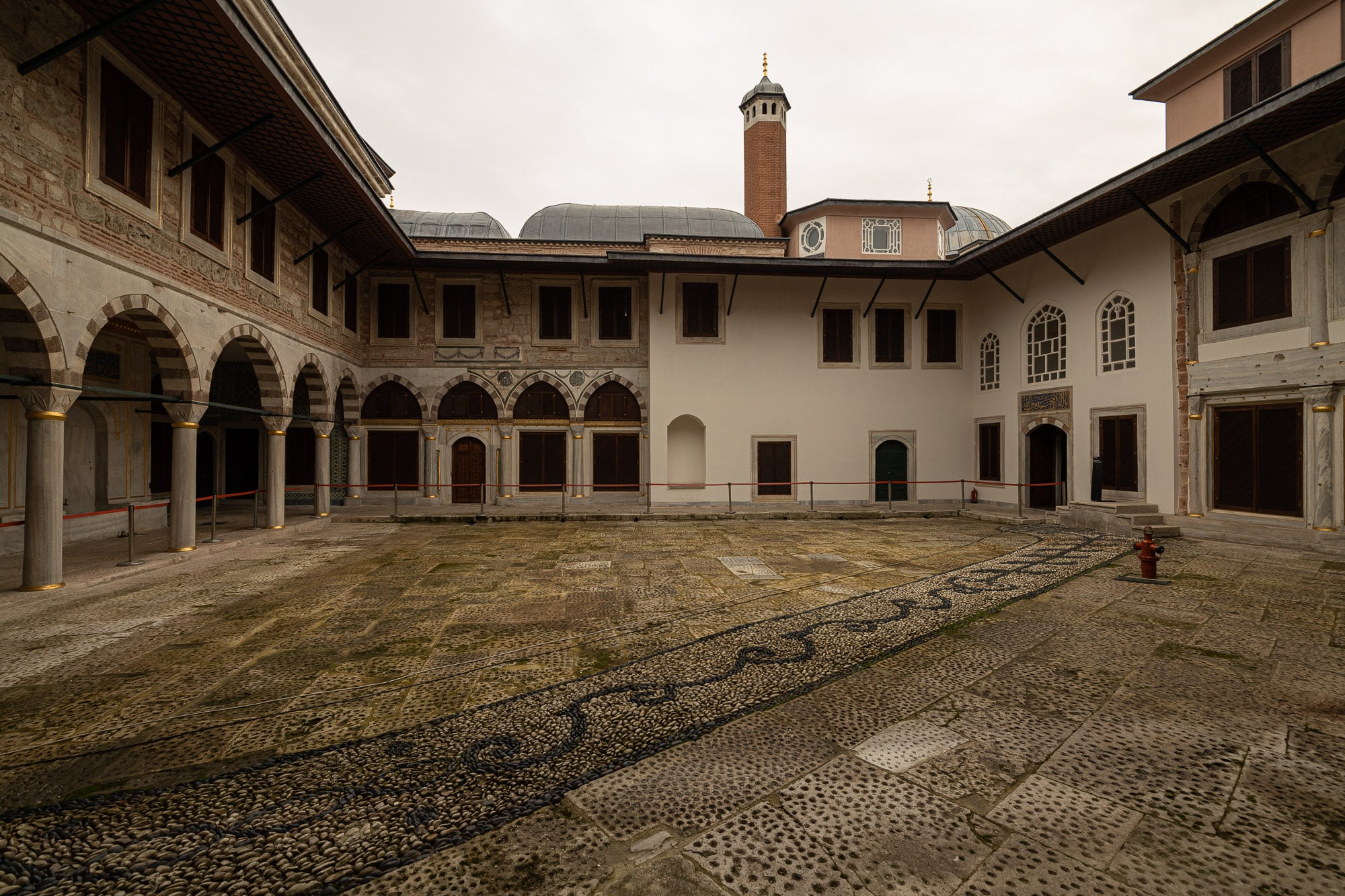 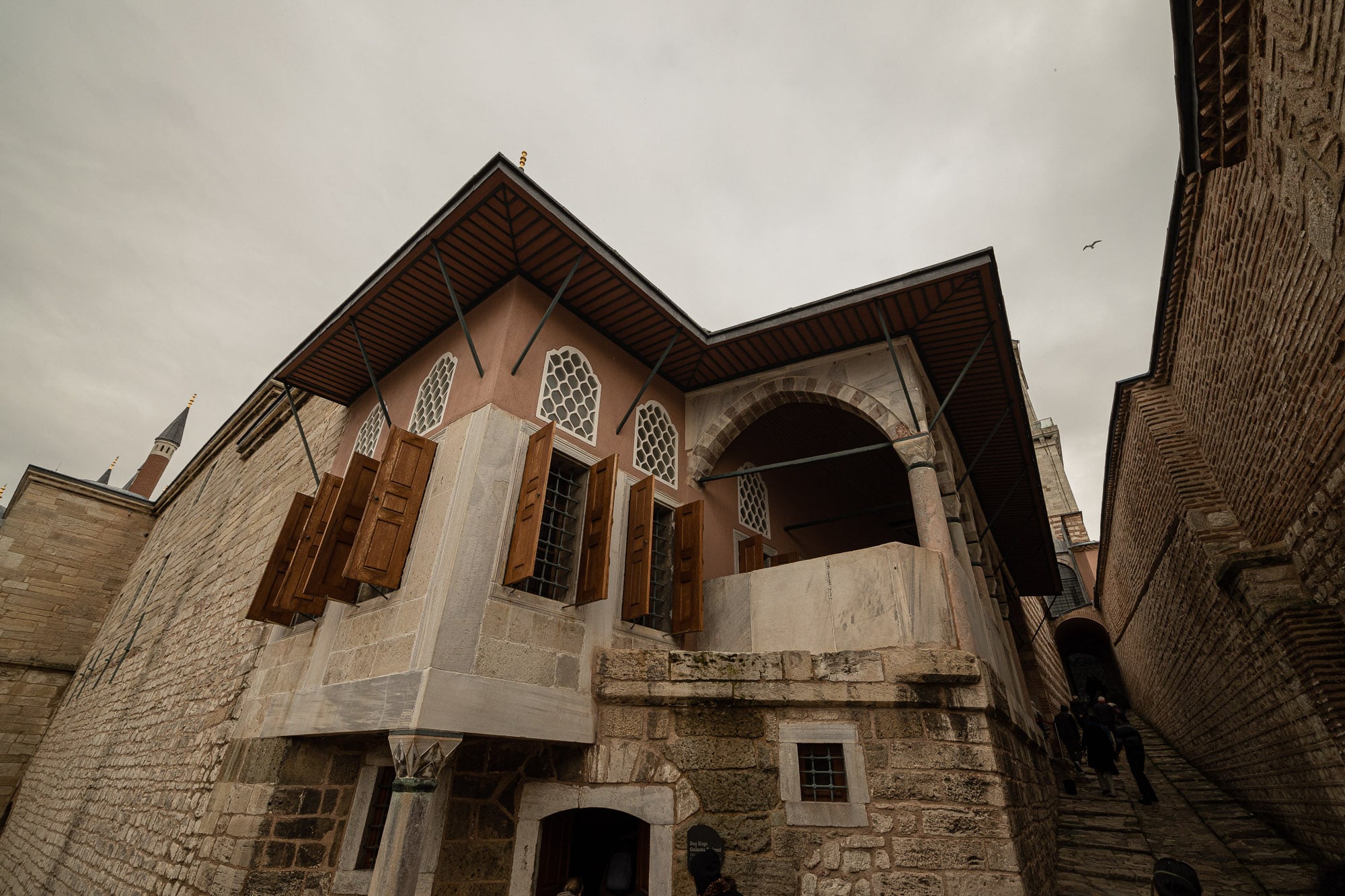 Dormitory in the harem: 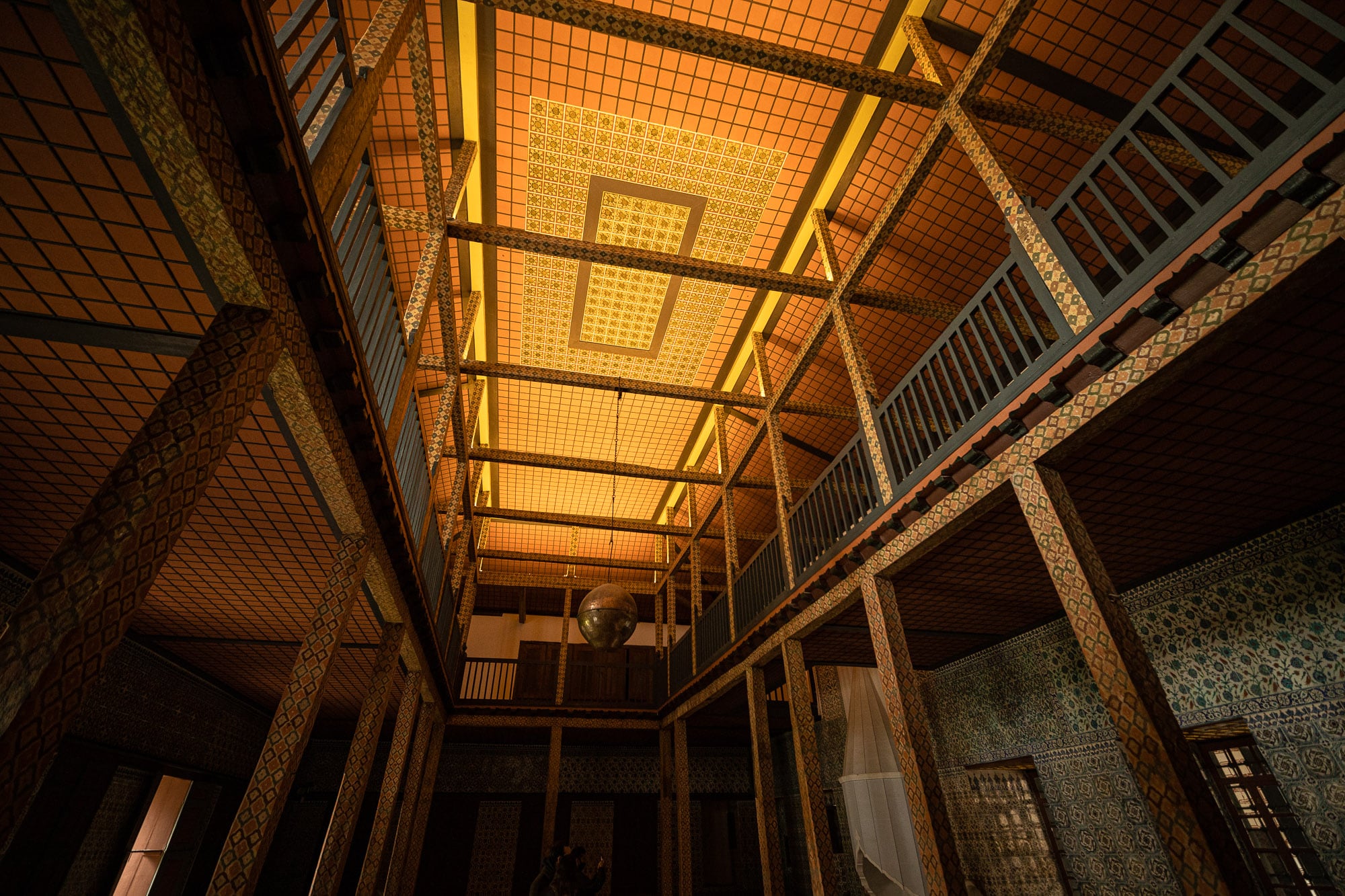 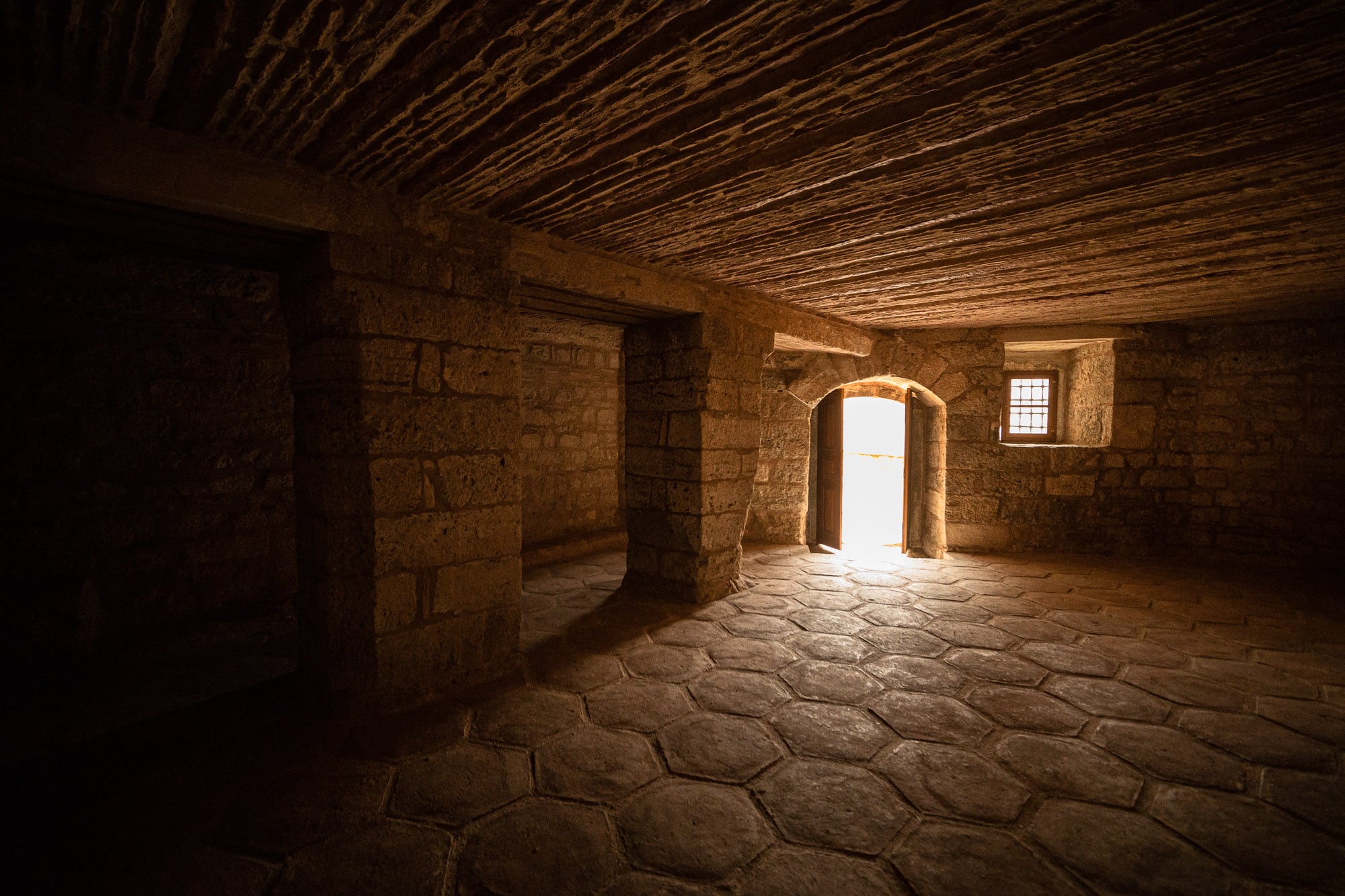 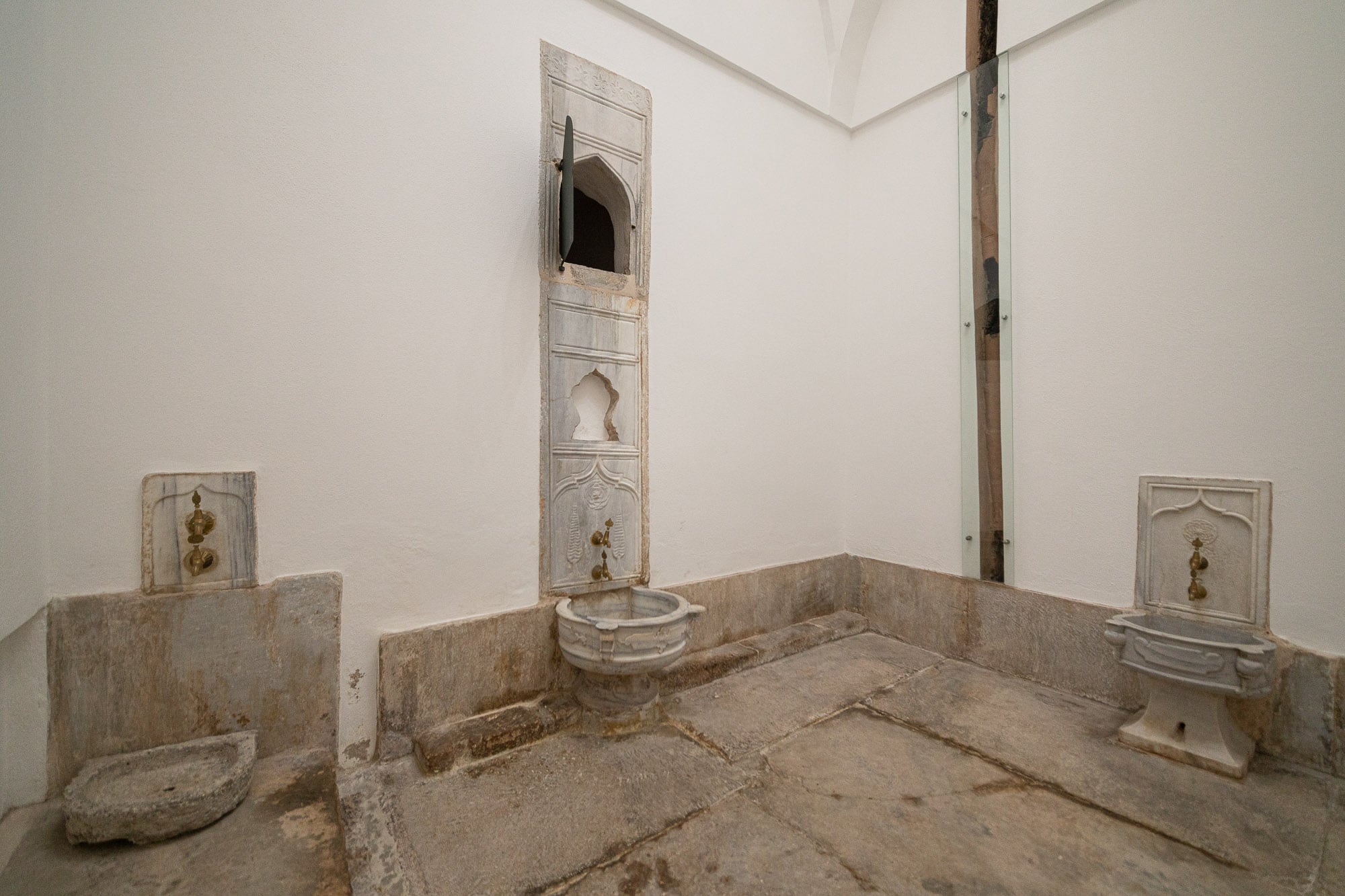 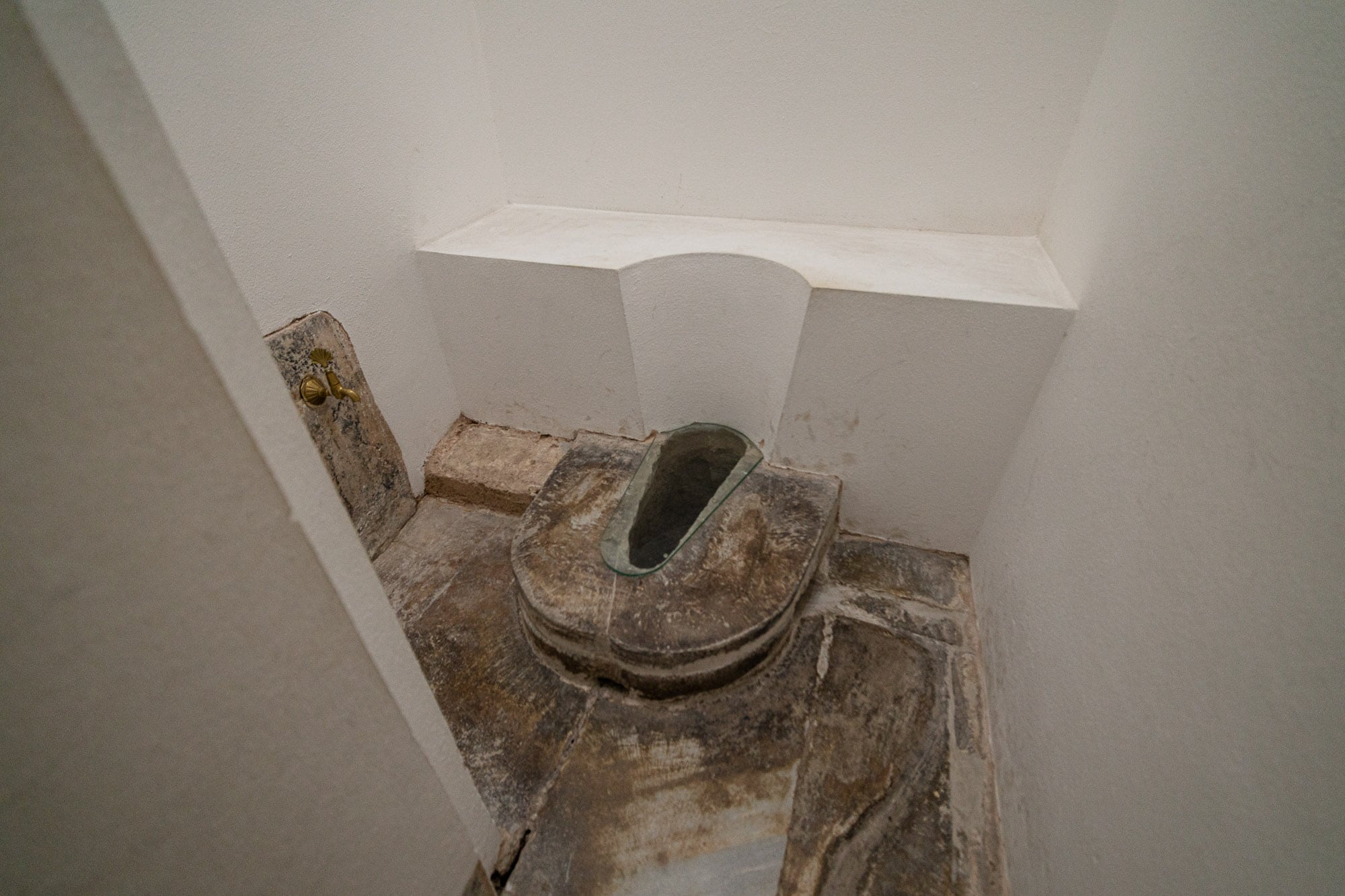 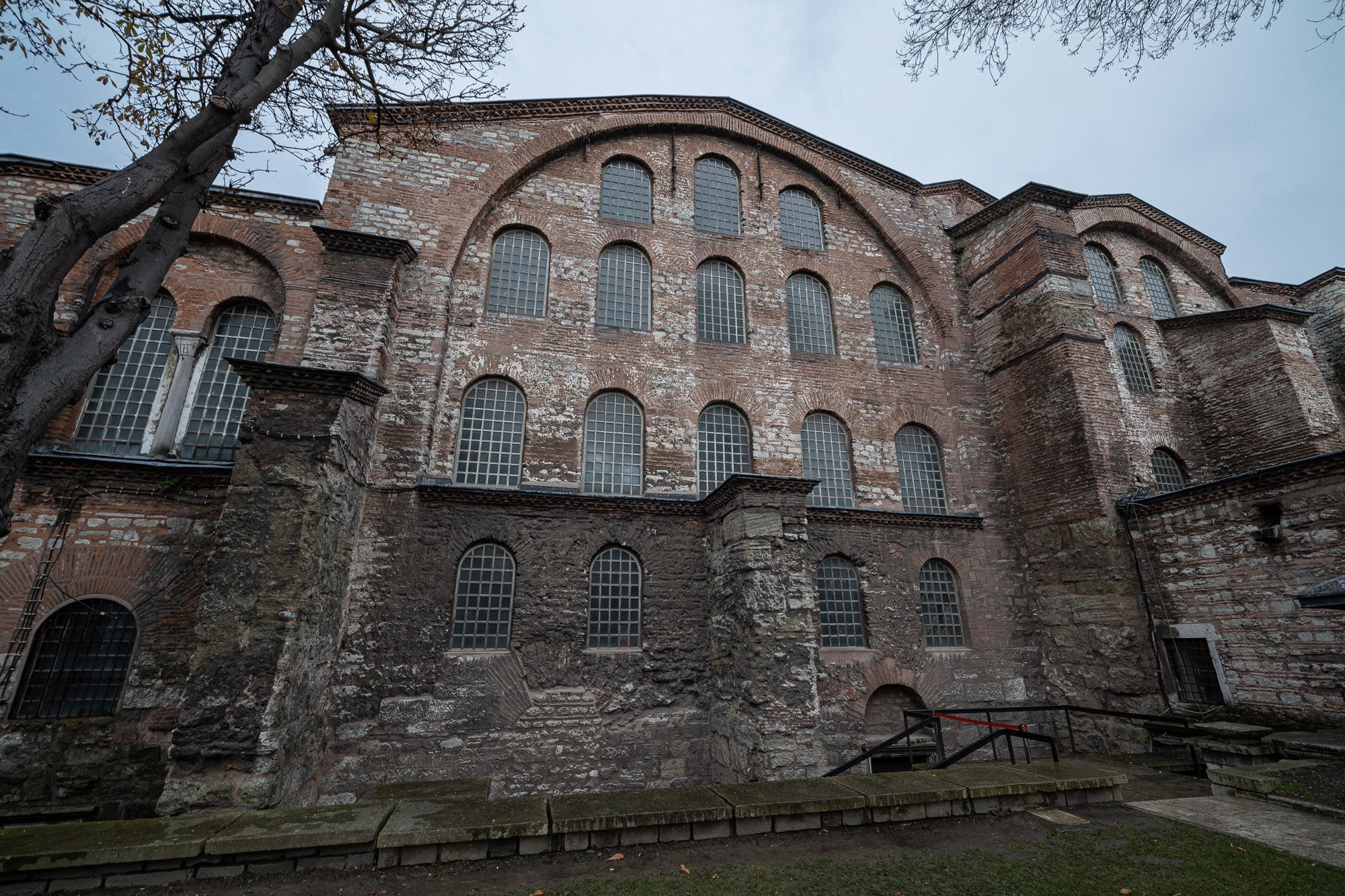 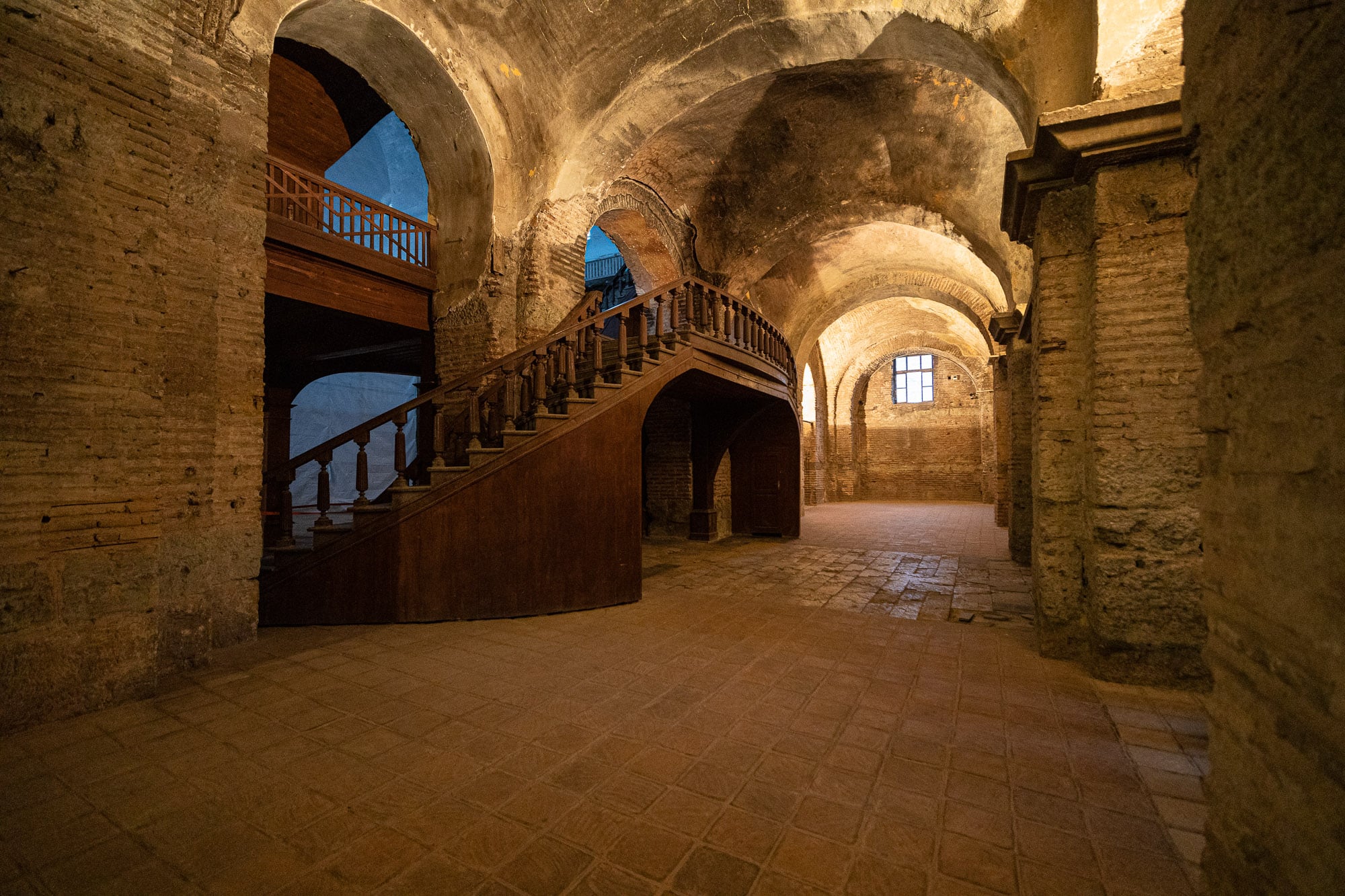 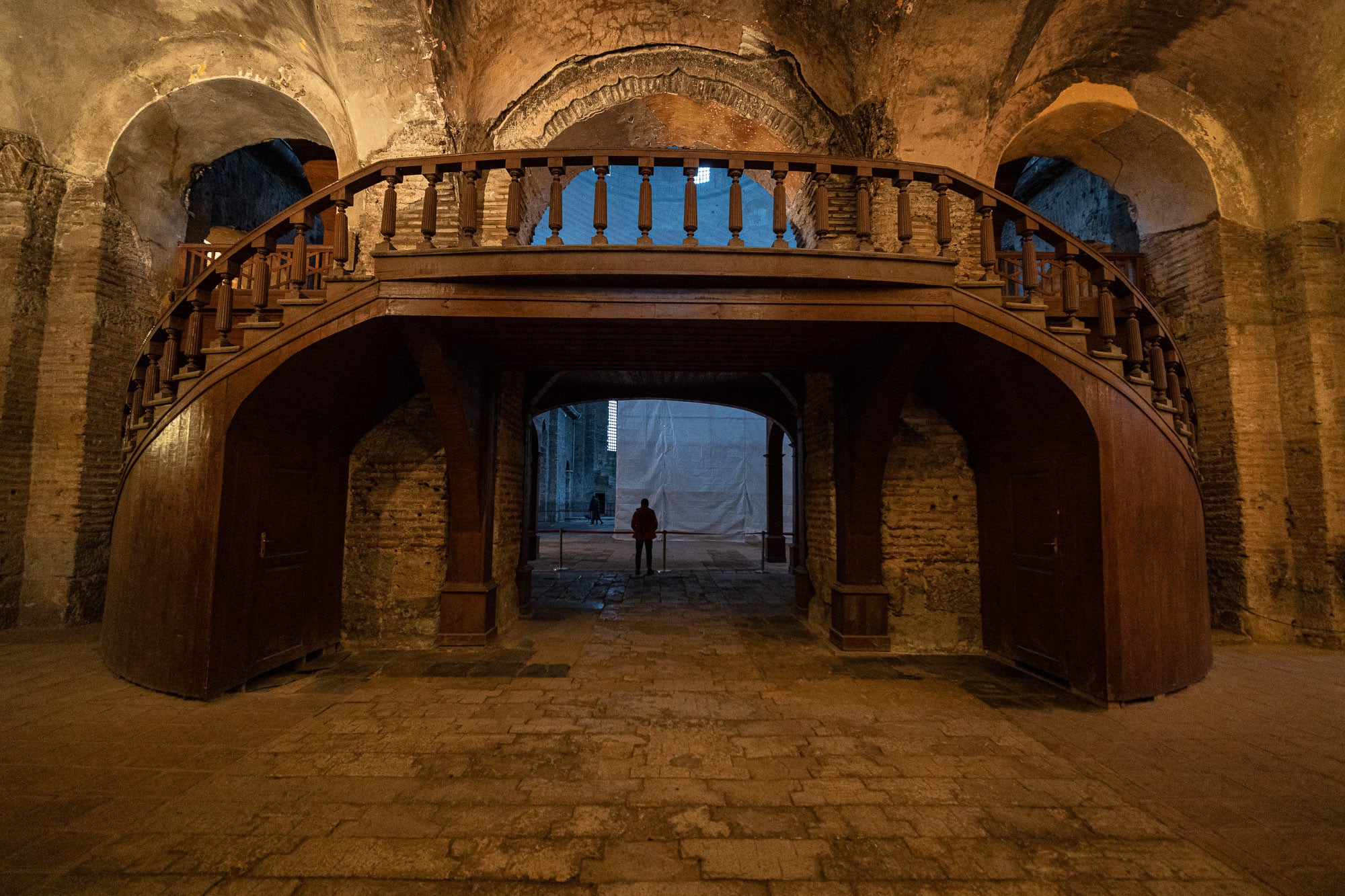 Where the altar of Hagia Irene used to be: 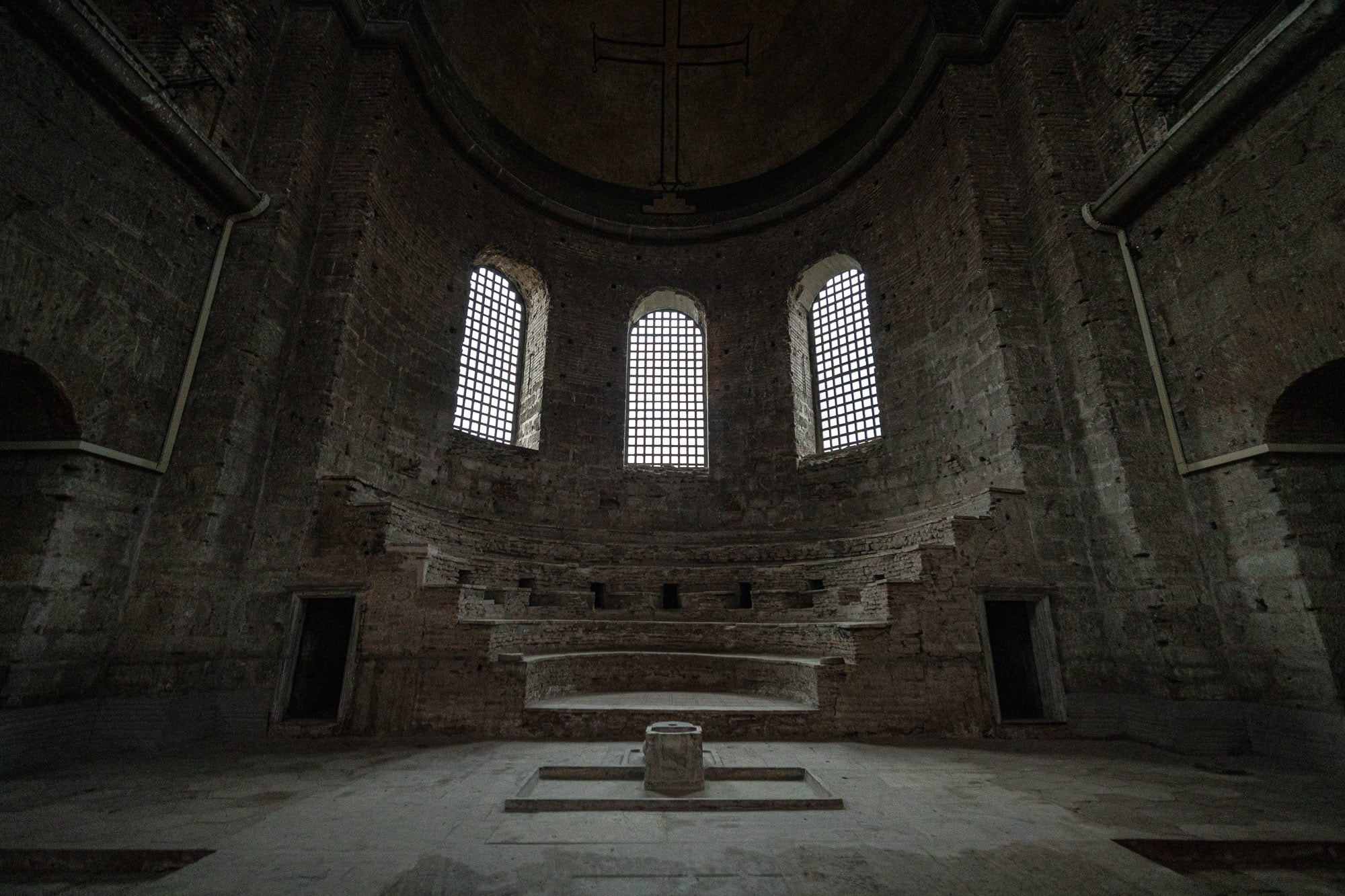