This post is about an 28km walk from Ortaköy to Kerpe. I get lost a few times, and in the end I run into a pack of dogs.

When I woke up, my guest was still there. She stretched herself and demanded some more bread, then she left without so much as a goodbye. She was a one-night cat.

I went back to the tea house for some hot water and some tea. That’s when I learned that my guest had been the imam’s cat. What was her name, I wanted to know. They looked at me in confusion: her name? The cat’s name was cat.

There were two ways out of Ortaköy: I could either stick to the main road and end up in the coastal resort town of Kefken after about 15km, or I could walk through the villages. The map showed a road leading west in an almost straight line. I decided to take that road.

I got some bread, some cheese, two tomatoes, and an onion in a roadside store. That was going to be lunch. I made oatmeal with the hot water from Ortaköy. That was breakfast.

Then I got lost.

I walked with confidence and conviction until I ended up in a dead end. There was a farm. Not wanting to believe that I was going the wrong way, I tried to look for a way around the farm, but of course there was none. There were only chickens, and at some point a very old lady appeared and looked at me as if I was a ghost.

It took me some more getting lost until I finally understood that the straight road leading west was a lie. The road wasn’t a road at all – it was the very same trench that I had seen the day before. It just looked a bit different here in the forest and the hills.

I decided to have lunch and then throw out the original plan and just walk to Kefken. When I saw a bike shop I stopped and asked the owner if he could check the air pressure in my tyres. He insisted on doing it for free.

Kefken was dark and quiet when I reached it. I noticed that there was another town on the map that also had guesthouses. It was called Kerpe, and it was a bit west of Kefken. So I decided to walk there. A walk from Ortaköy to Kerpe, that didn’t sound so bad.

The road was absolutely dark. There were no houses and no lights. The only things that I could see without my head torch were the stars and the glow of Kerpe in the distance. I decided to stop and take a photo of myself and the Caboose walking through the night. It was a bit difficult because it was a long exposure with a timer, and because I had to wait for a car to drive past and illuminate the scene with its headlights.

And then, when that picture was done, I ran into the dogs. First I only heard them, which was when I got out my stick. Then, as I came closer and their barking got louder, I saw their eyes glowing in the darkness, and then I saw their shapes in the darkness.

There were big dogs and small dogs, maybe a dozen of them, or maybe more. Most of them were just being very loud, but a few of them were making that sound where the barking is beginning to be mixed with growling. I clutched my stick, I tried to hide my fear, and I kept walking.

In the tea house of Ortaköy: 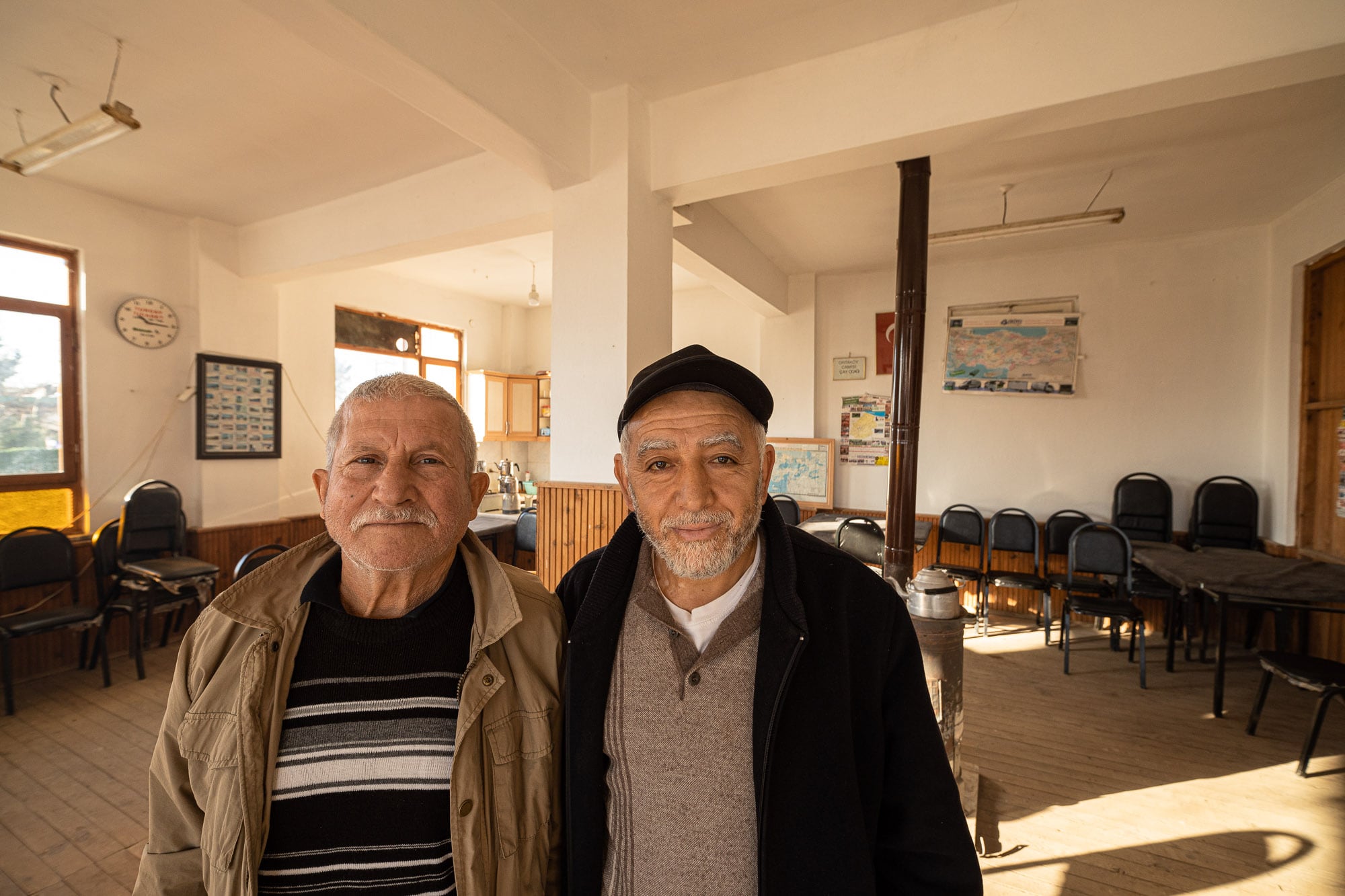 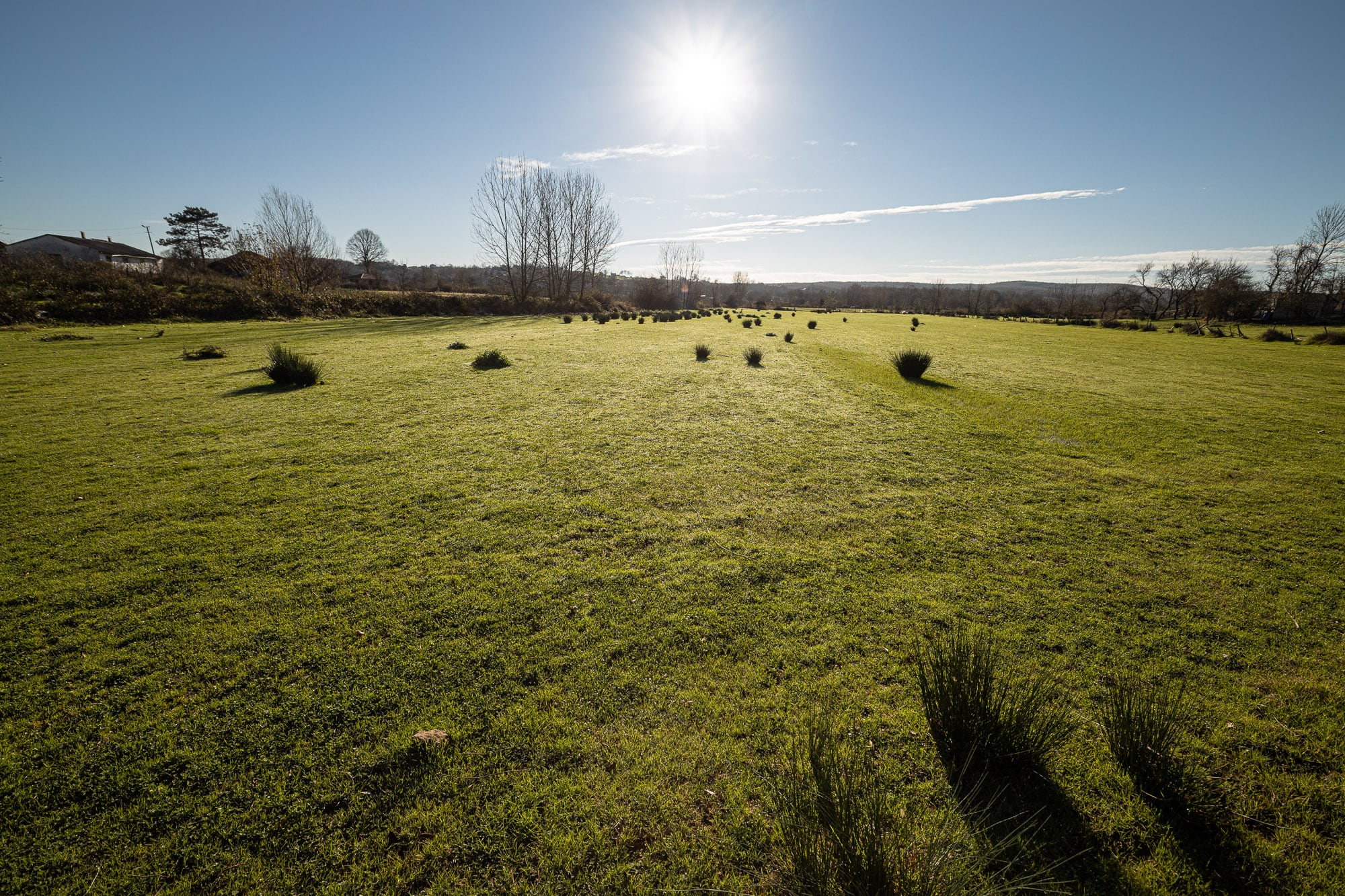 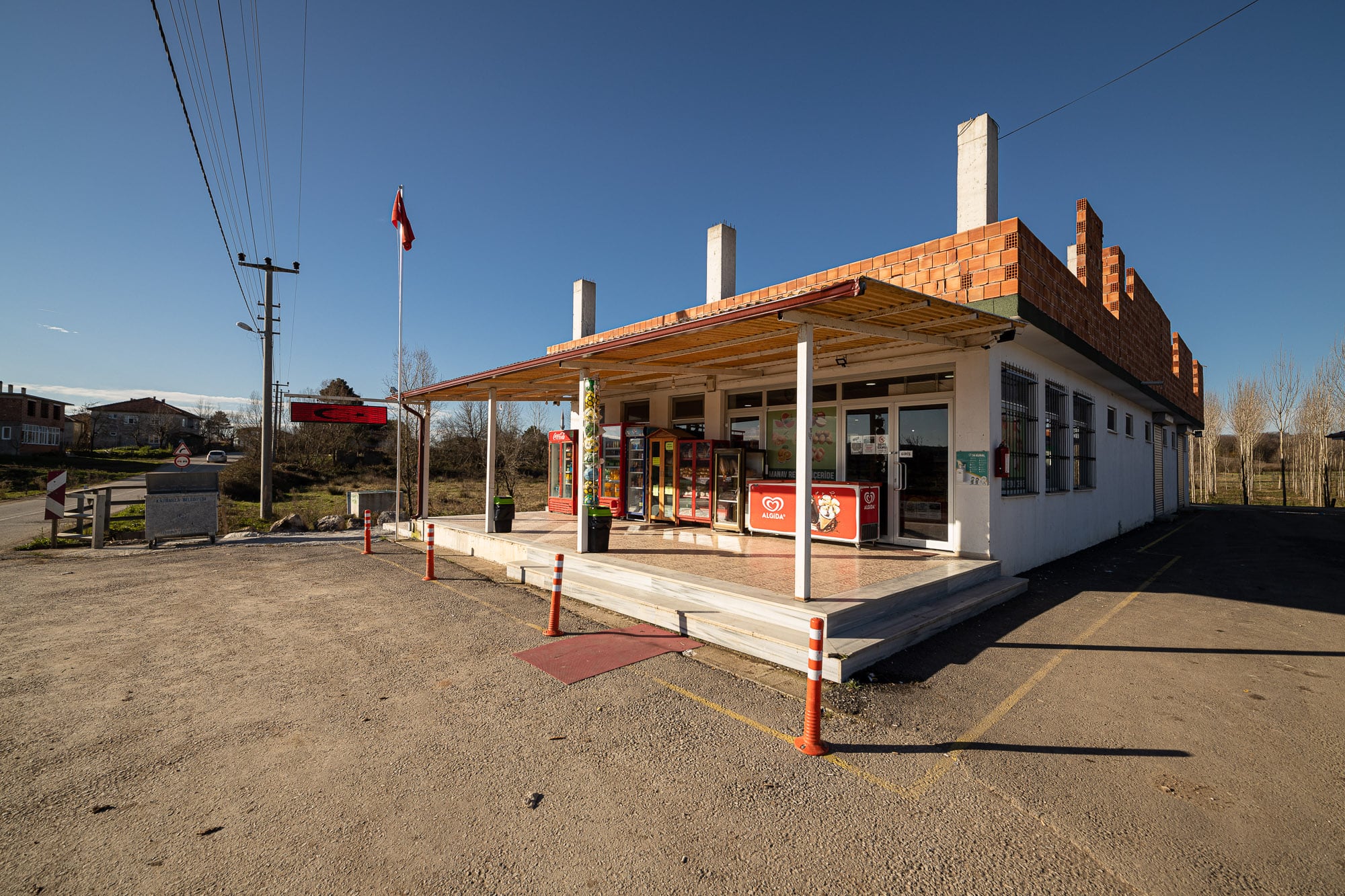 Why are some of these houses on stilts? 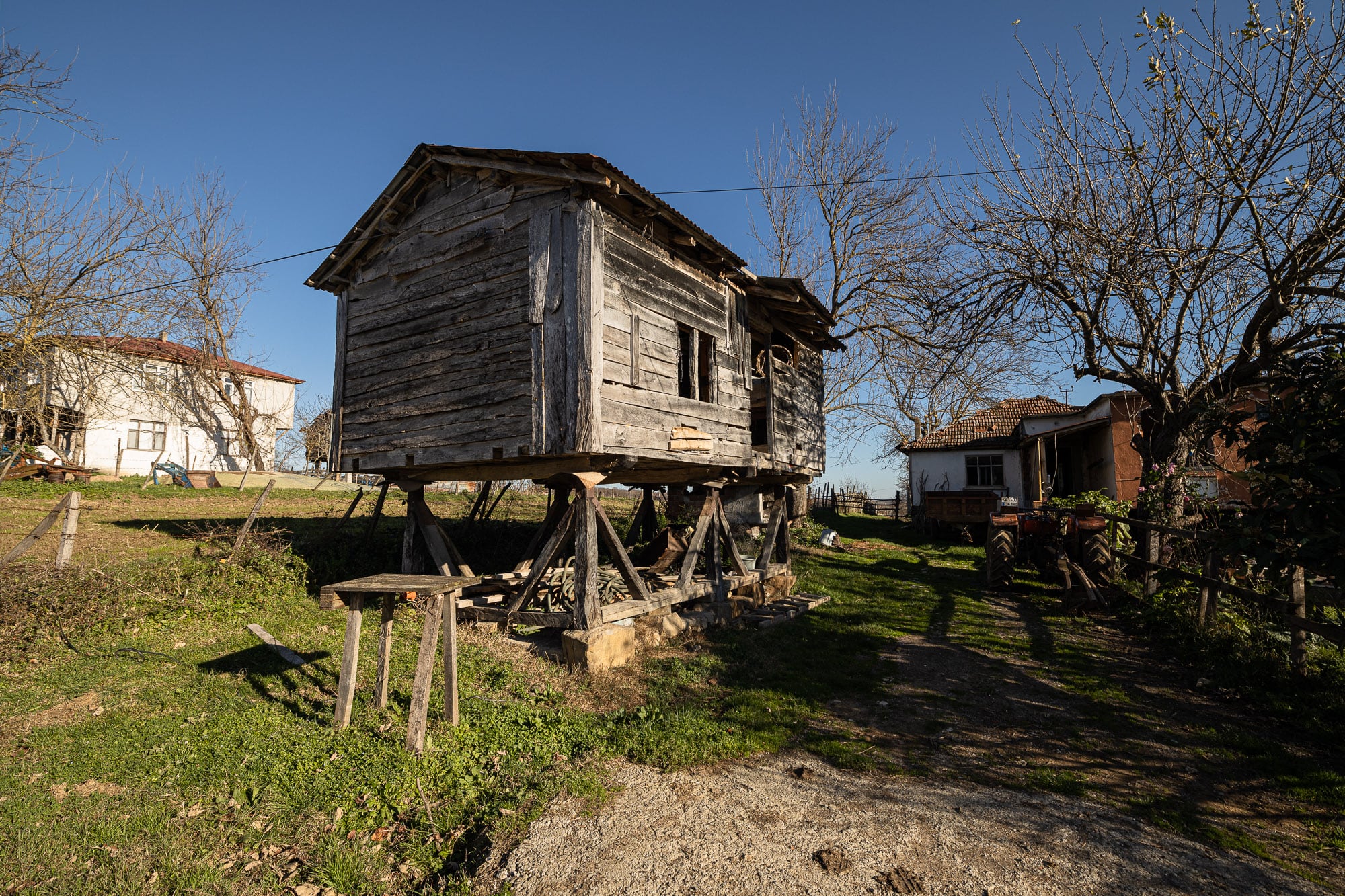 Not sure if this was intended as political messaging or just a convenient cover: 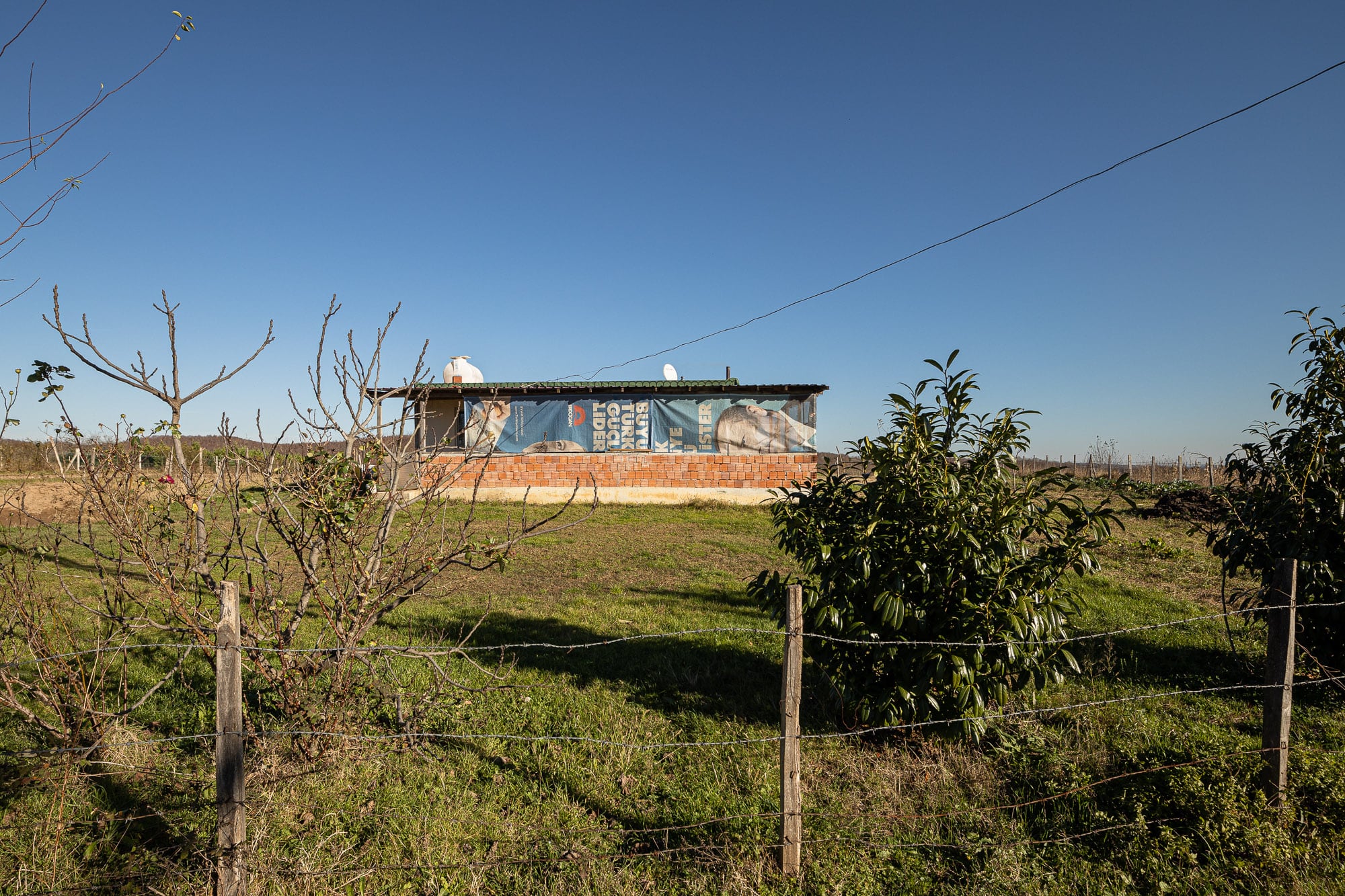 This view actually looks kinda like my home in Germany: 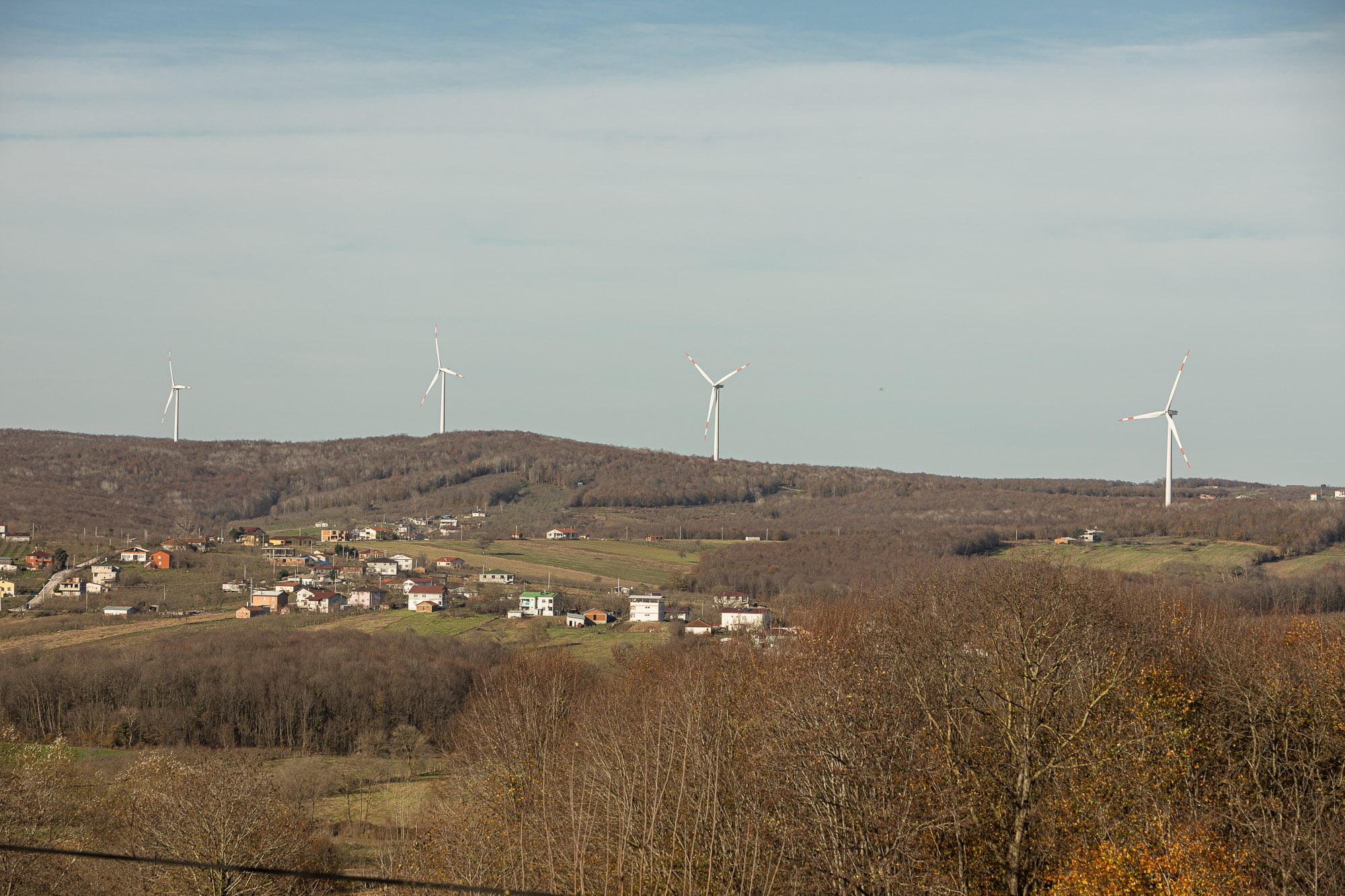 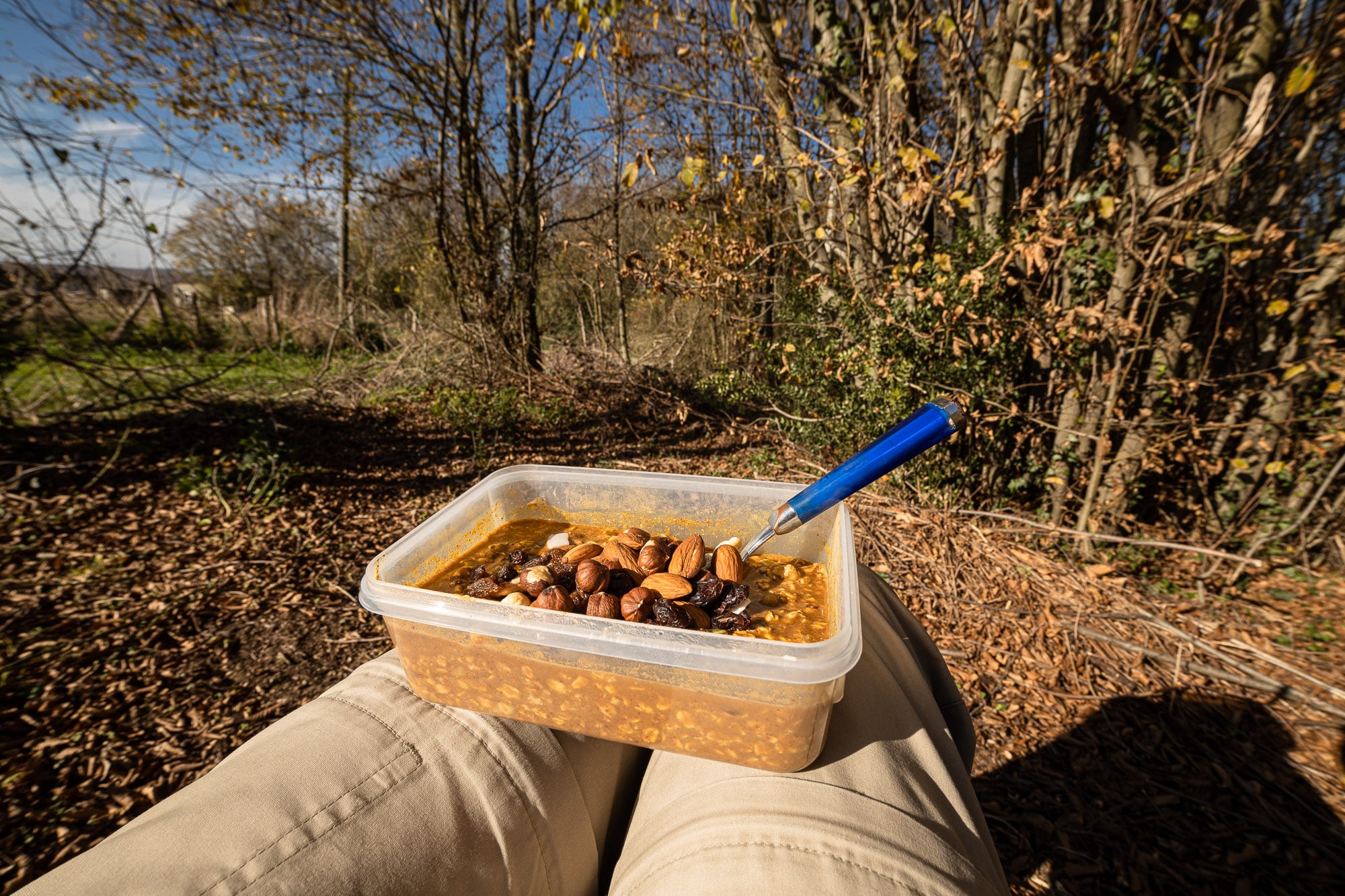 Getting lost on the walk from Ortaköy to Kerpe: 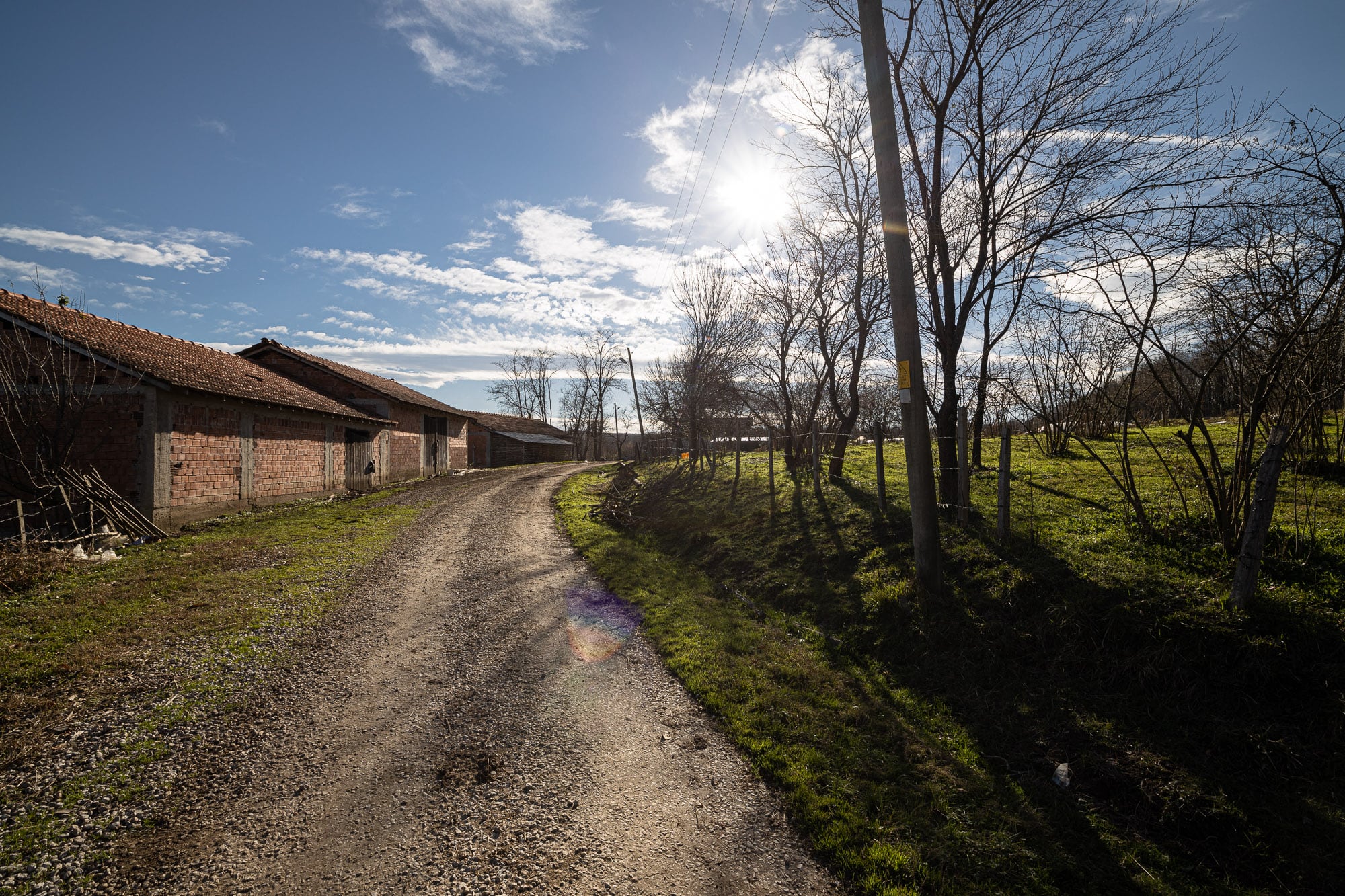 The trench (that wasn’t a walkable road): 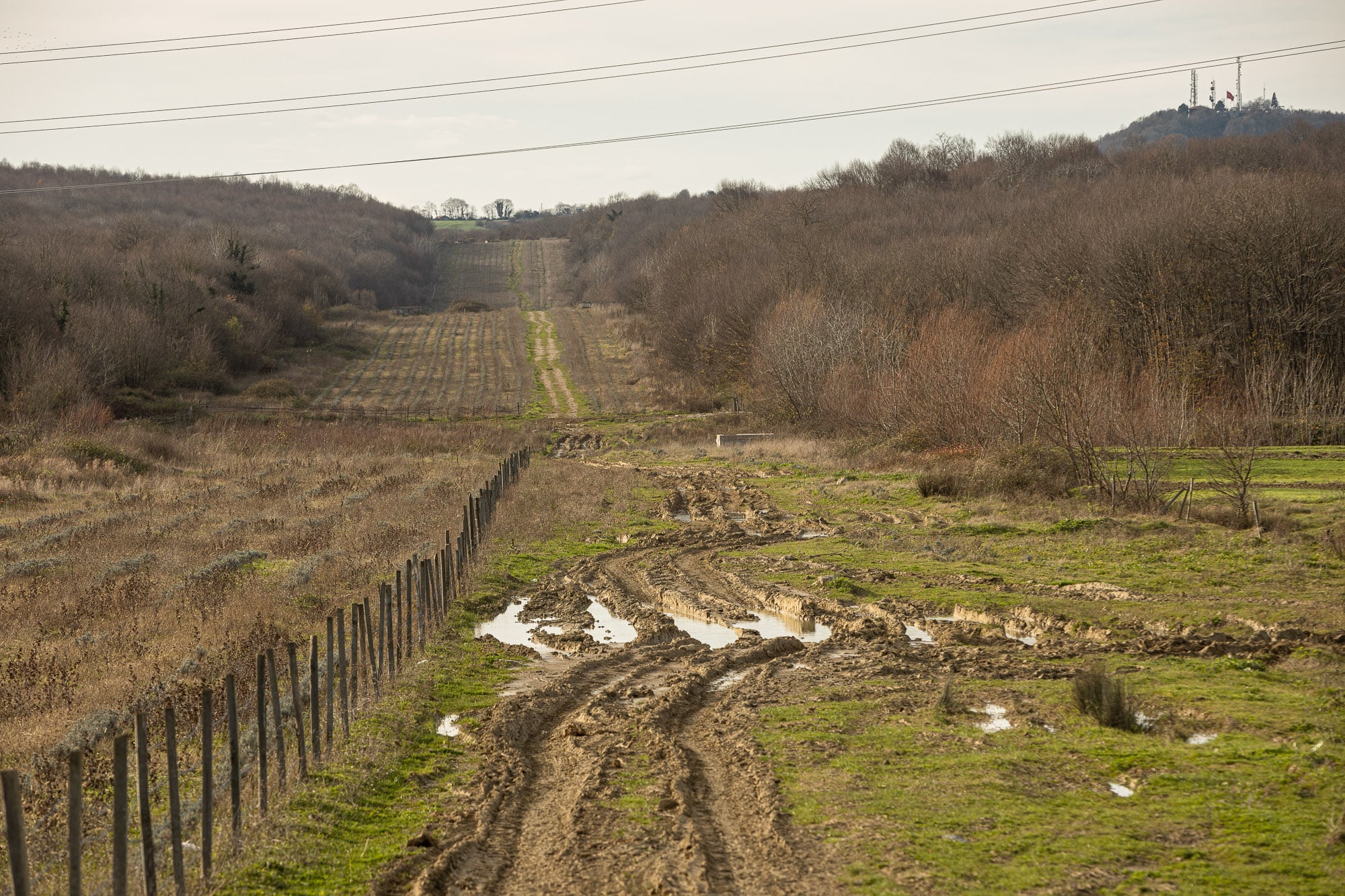 Roadside lunch with a dog trying to mentally manipulate me: 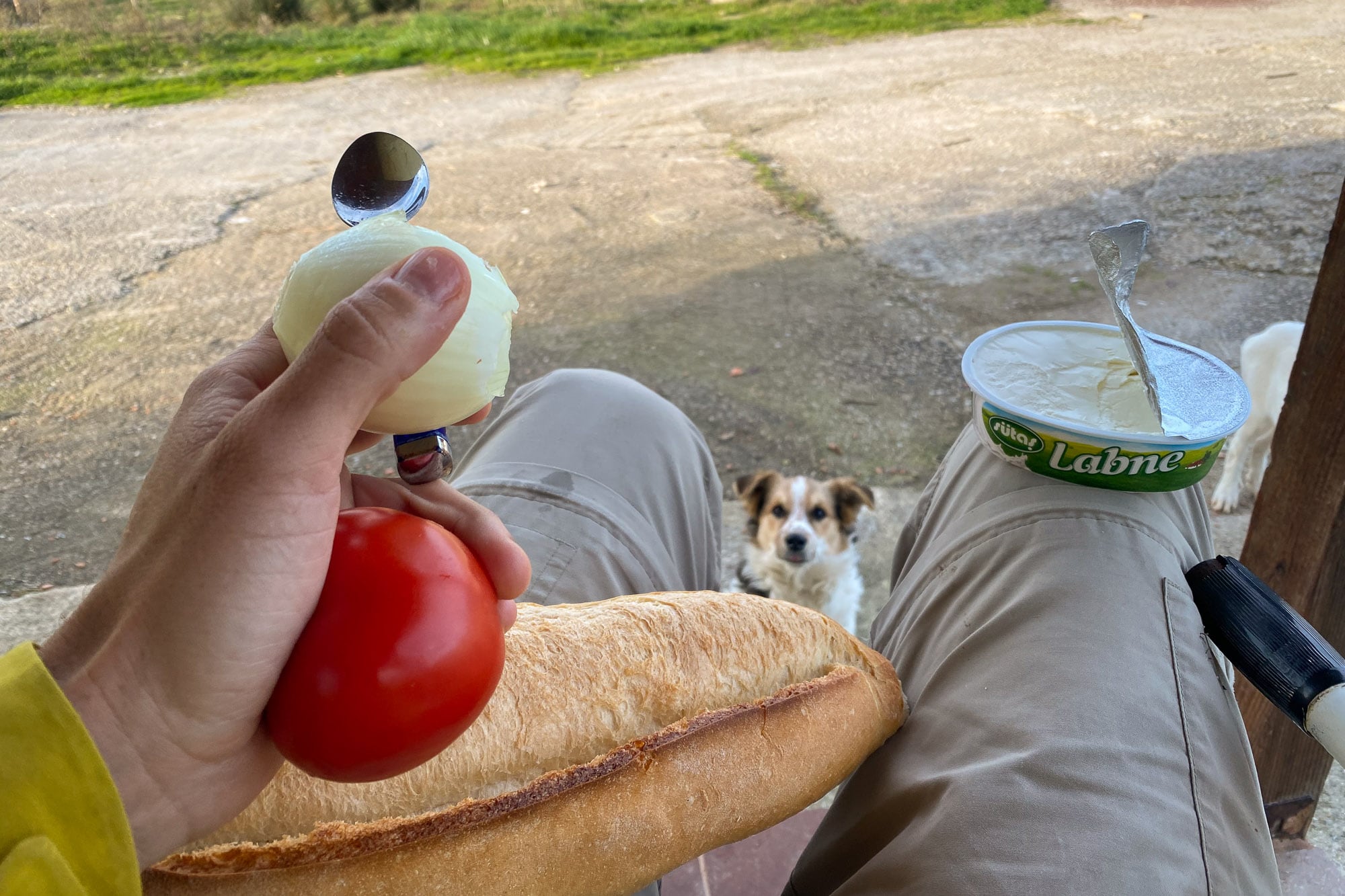 Fields in the evening sun: 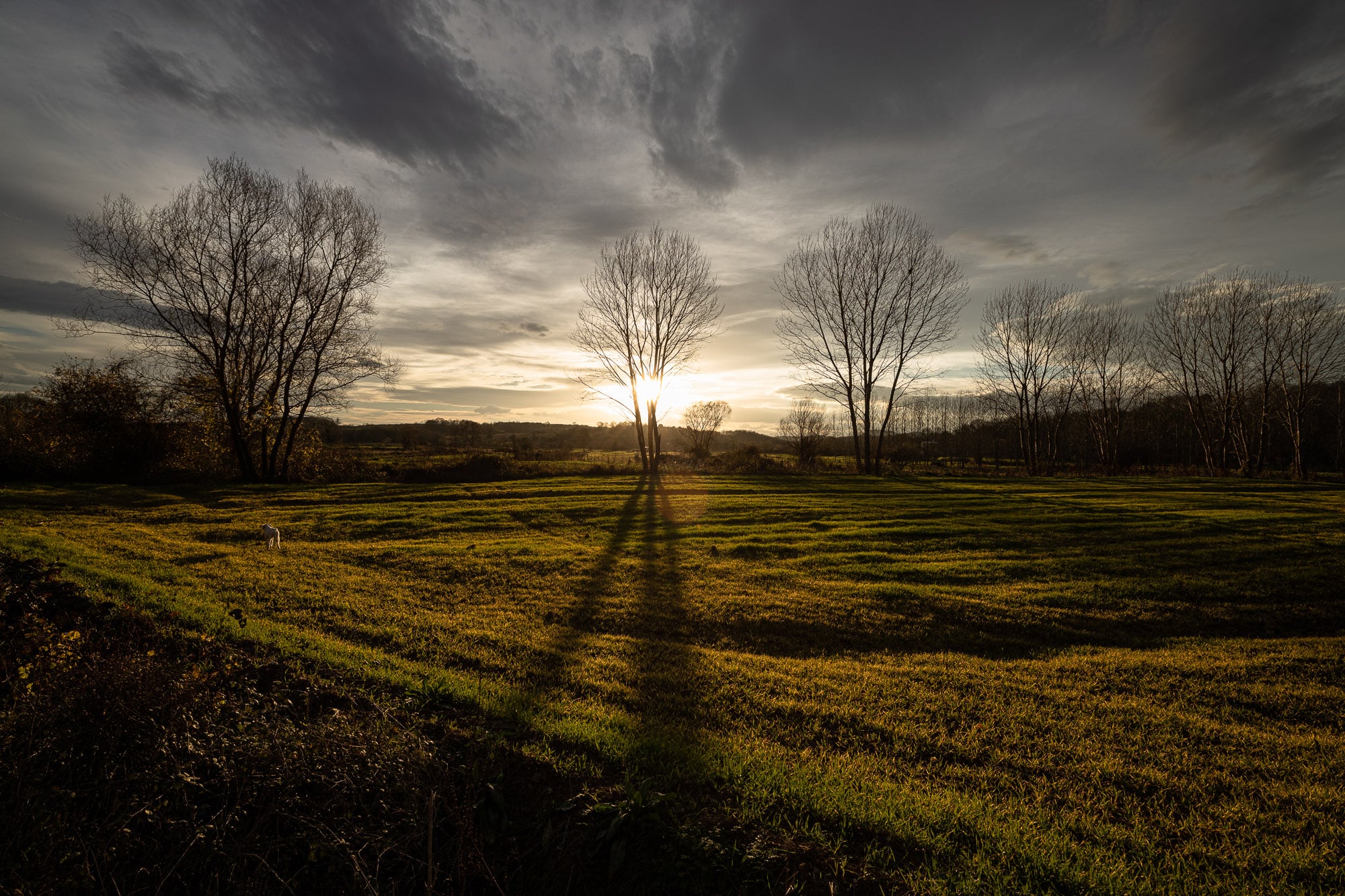 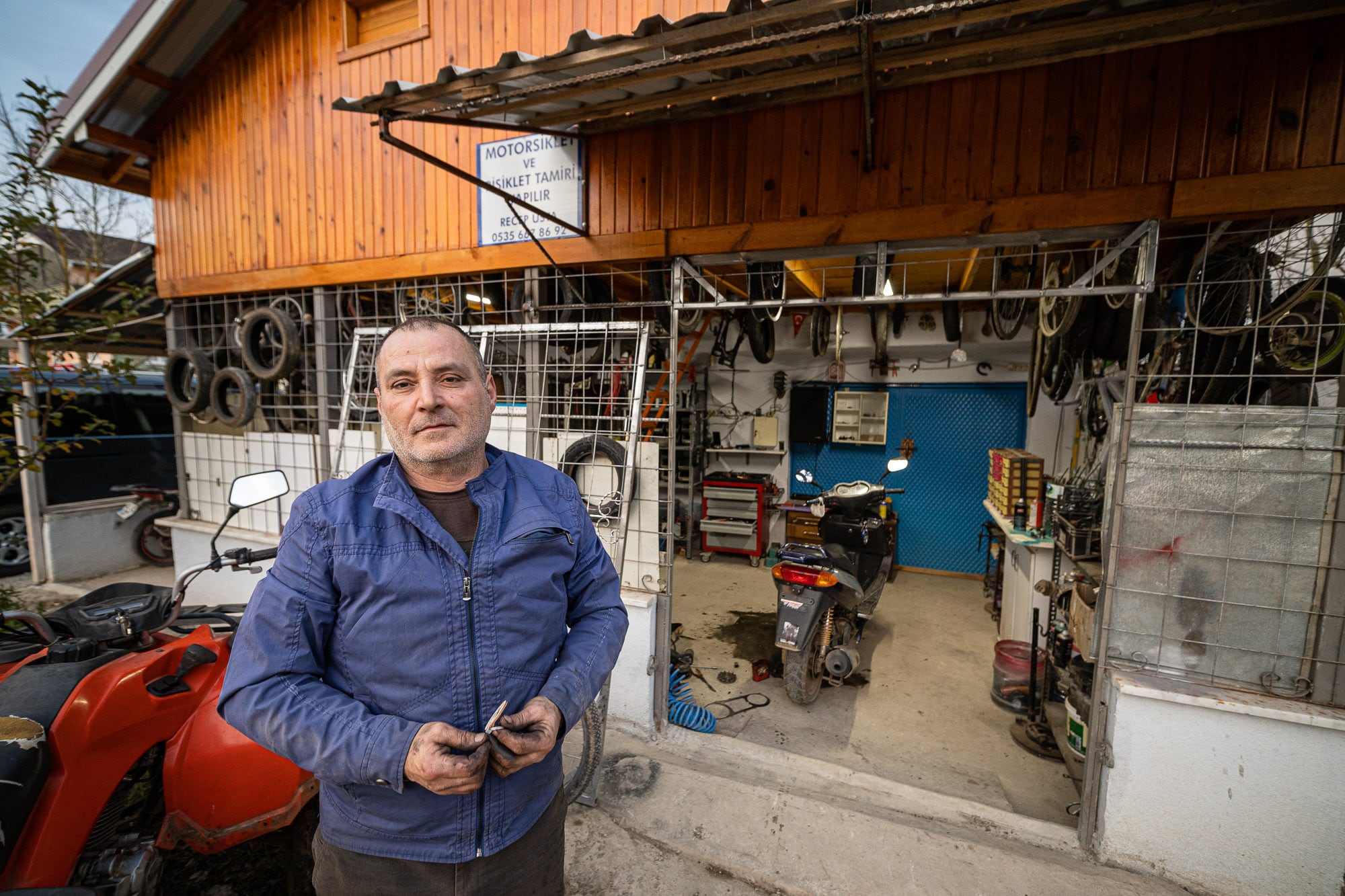 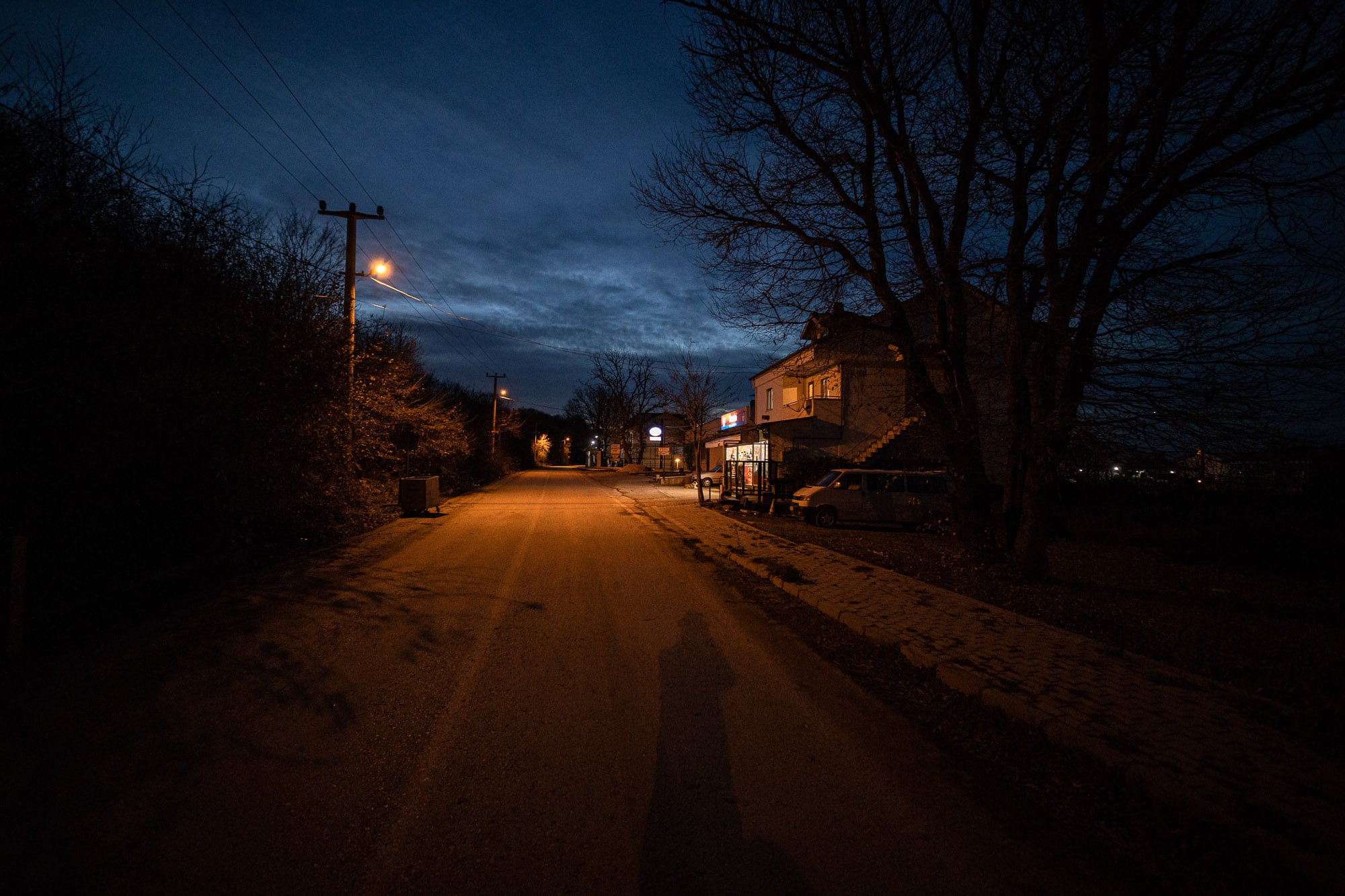 The road from Kefken to Kerpe, right before the dogs: 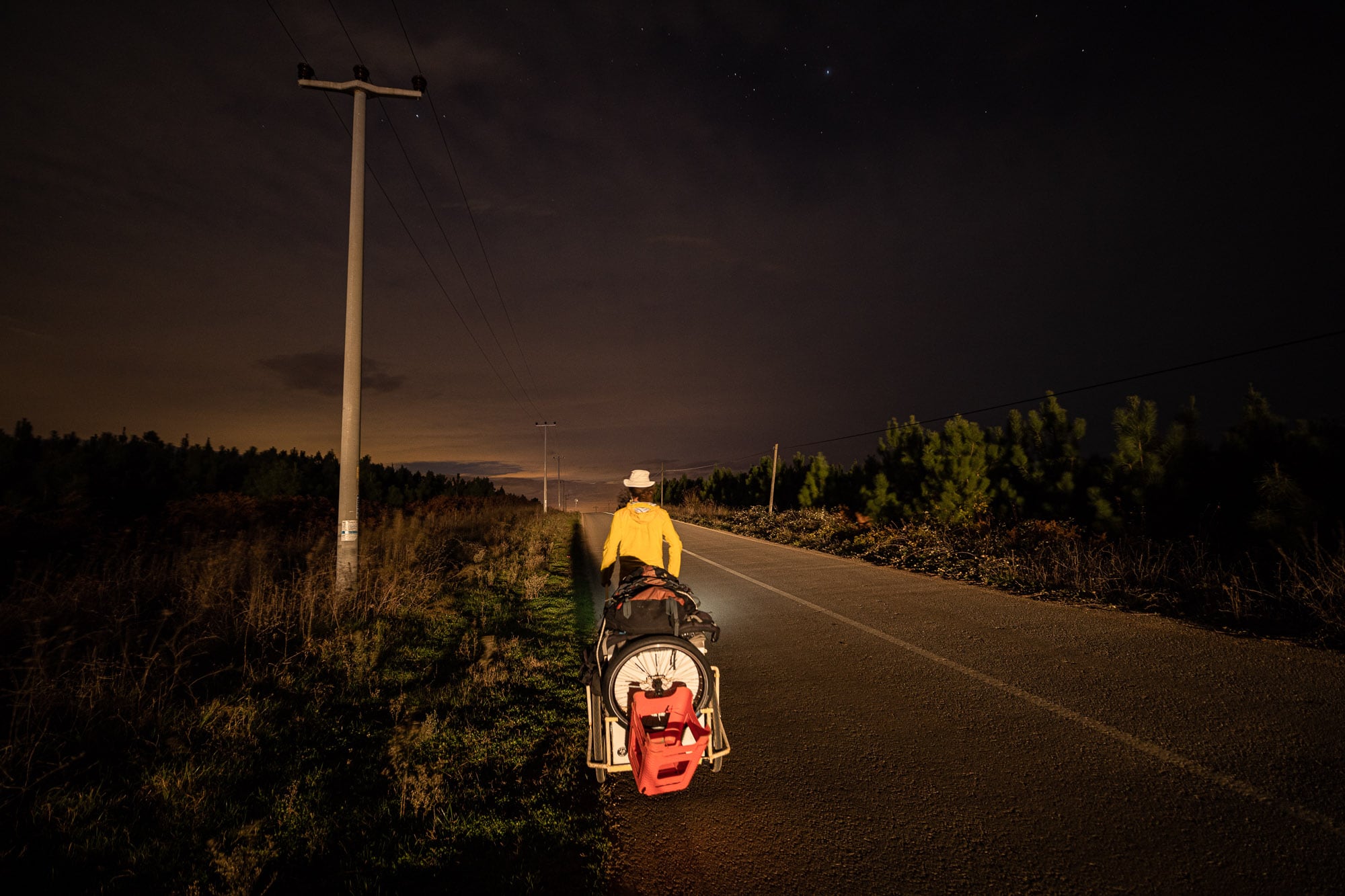 Day 491
from Ortaköy to Kerpe