This post is about coal mining in Zonguldak. It was there, under the city. But up near the sea it didn’t seem to exist at all.

I got up and had breakfast. It was the typical Turkish hotel/ögretmenevi breakfast: an egg and some bread, cheese, cucumber, tomato, olives, strawberry jam, chocolate spread. Along with water and tea. Then I washed my socks.

what’s wrong with the Zong

Hey, I have arrived in the Zong, I texted my friend, the Kantian. He replied with: the Zong is a heavy, heavy place. Then he introduced me to a documentary called “16 Tons”. It was about mining in general, and about Zonguldak’s coal mining industry in particular. There was an English version on Vimeo, and it was harrowing. So many people had been victimized by the coal mining companies and by their country.

Zonguldak had a nickname: it was called kara elmas – the Black Diamond. This was because the coal had made it a rich place (“They used to call it Paris!” one guy told me) in its history. But the pretty monicker couldn’t hide the fact that a lot of coal miners had died (and were continuing to die) in the darkness of its underbelly.

Up on the ground, in the place by the sea where I was staying, nothing of this was visible. There was a terrace with a sea view, and there was an indoor tea house where a bunch of old men were playing a game that looked like Rummikub all day. They called it Okey, which confused me a little.

C: Haha, yes, but I’m asking about the NAME of the game!

View of the sea in Zonguldak: 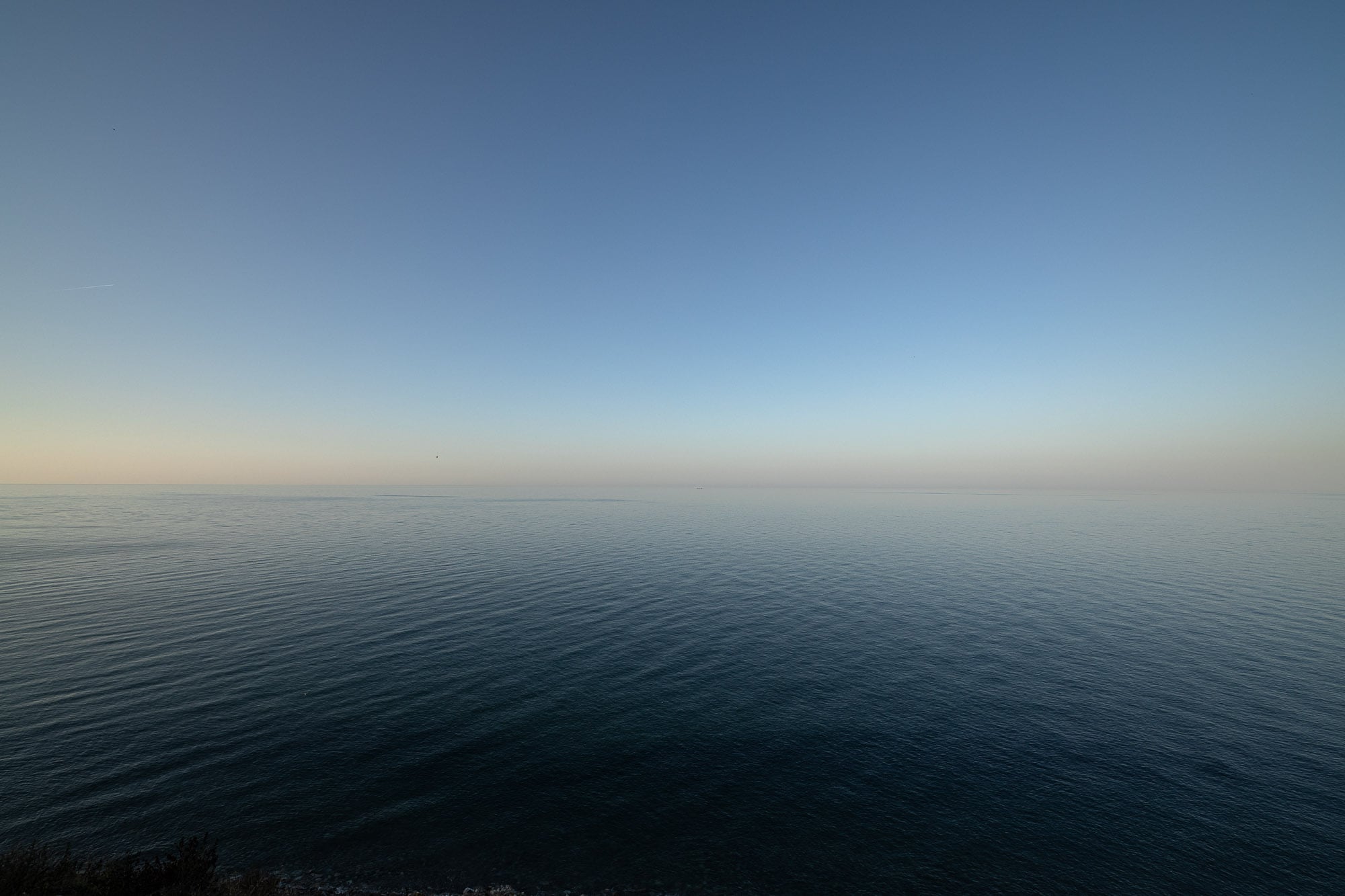 Watching 16 Tons – the documentary about coal mining in Zonguldak: 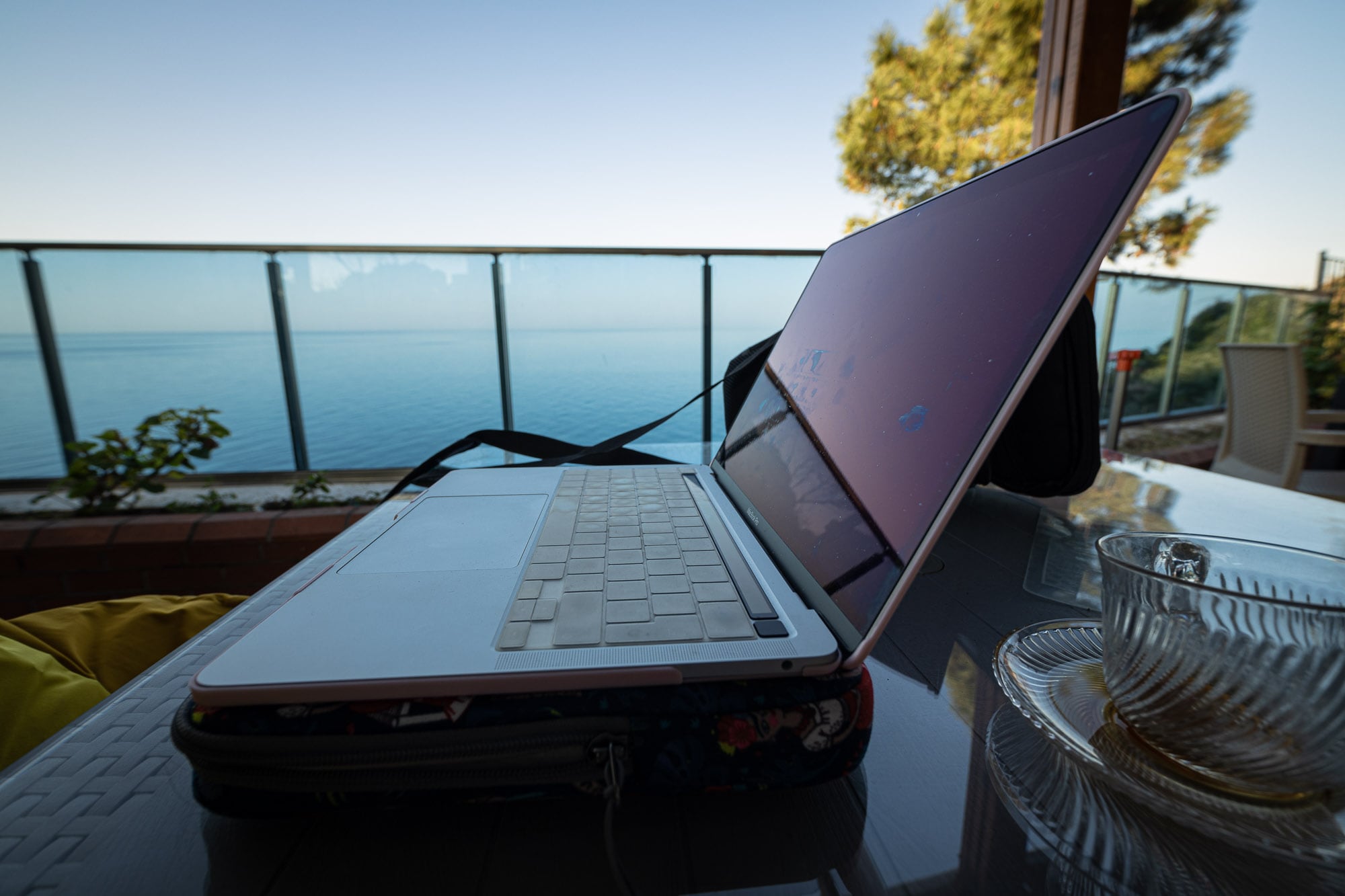 The terrace of the ögretmenevi in Zonguldak: 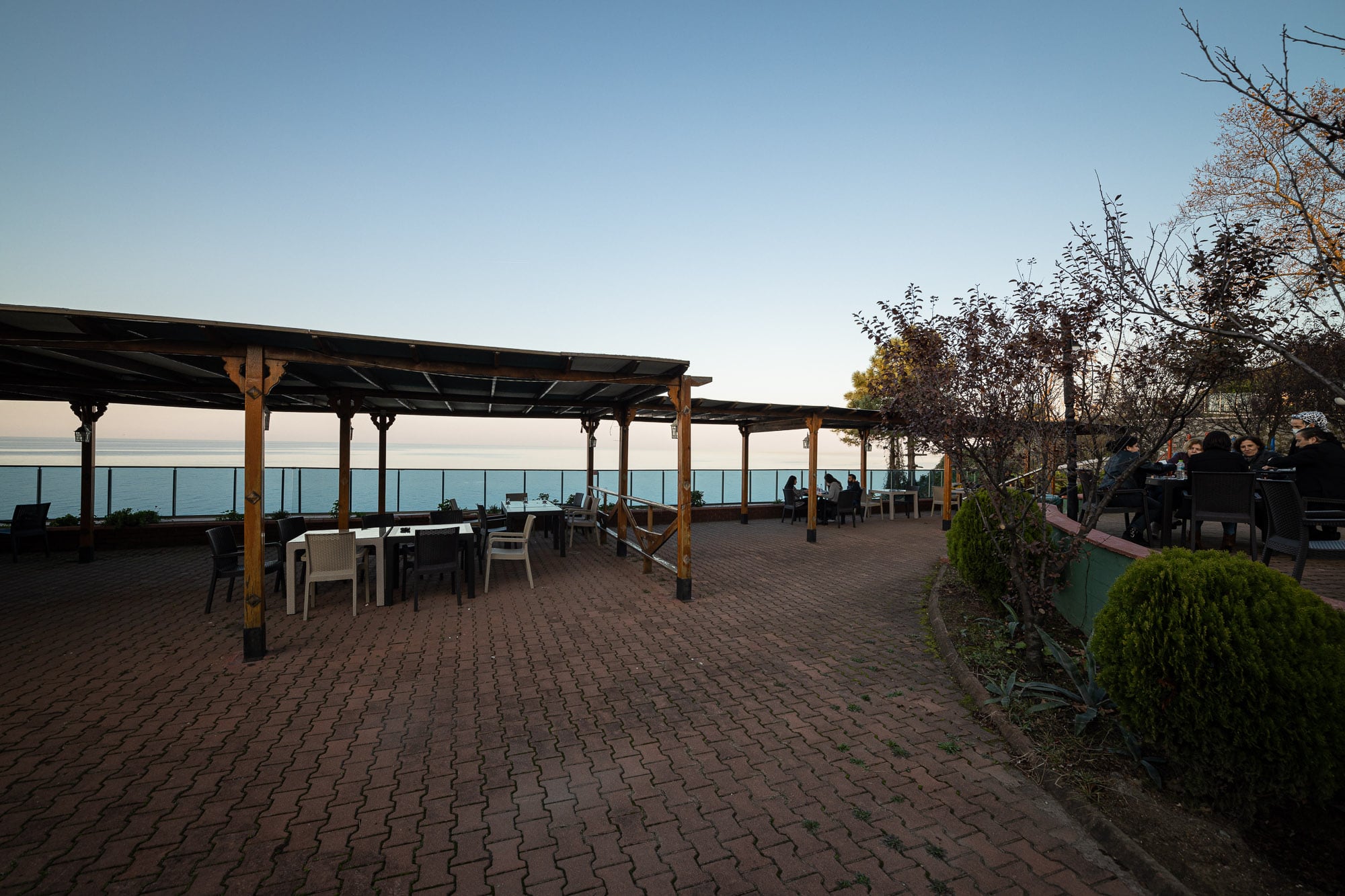 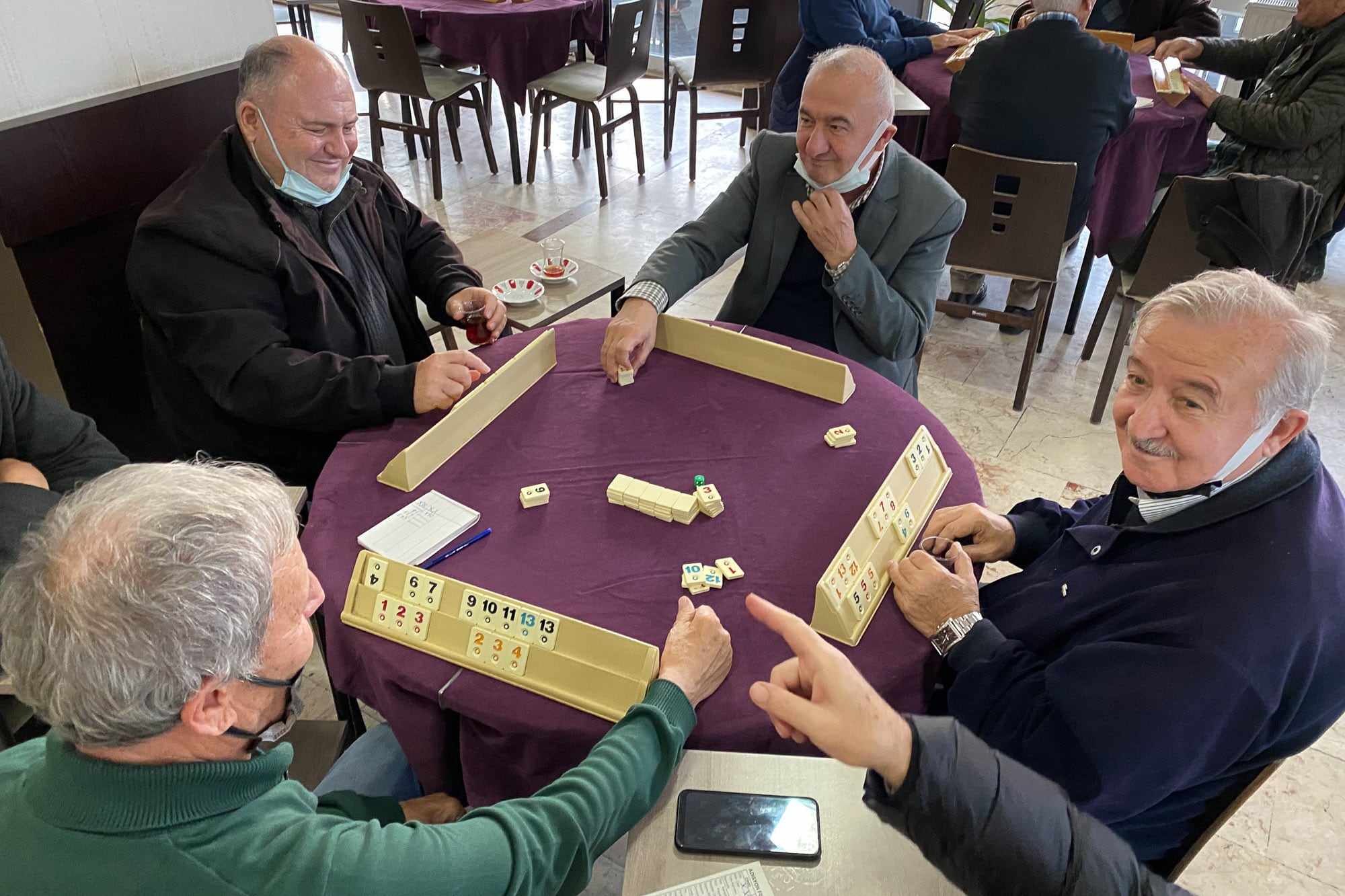