This post is about a 20km walk from Catalagzi to Zonguldak. It’s one of those extremely rare occasions that I’m looking for a tunnel.

Something unexpected happened this morning: the sun had come back, and it was shining hard on the industrial landscape around me: factories, freight trains, fences – and black dust.

One time I got a bit lost and ended up at a locked gate. There was a small entry on one side, and I managed to squeeze through it with the Caboose. I had decided to film the adventure, but then a handful of cops appeared out of nowhere.

Luckily, nothing but the gate itself was visible in the video, so they just checked my passport and then gracefully let me go. They gave me a warning, though: don’t film the industry!

The industry looked abysmal anyway. It wasn’t as bad as what I had seen in the Chinese Taihang mountains, but the environment was suffering here, too.

When I passed through a small town, a couple of men in a tea garden invited me to sit down. I got toast and tea from them, and we talked a little bit. The Turkish currency was tanking, and they didn’t approve of the government’s performance.

One of them took a photo of his friend with my camera. It turned out to be a very nice portrait, better than anything I would have taken.

Then came the slopes, and they were horrible. It wasn’t that they were particularly long or high, but they were steep, and the roads were very busy.

One time I noticed a cat. She was crouched over the dead body of a kitten next to a pile of trash. Her eyes met mine, and I thought I saw something in them. Helplessness, maybe.

I couldn’t stop, because the incline and the traffic were so bad. So I just said “oh, poor baby” and walked on, and within moments the tiny tragic scene was behind me.

When I arrived in the city of Zonguldak it was already dark. I was going to settle down in the ögretmenevi near the university, but I didn’t go there directly. There was a tunnel that I wanted to see.

Now I know what you’re thinking: Chris, I thought you hated tunnels? Yes, but this was no ordinary tunnel. The Varagel Tunnel was apparently almost eight decades old, and today it was a tourist attraction.

When I got to the park where the entry of the tunnel was located, I felt a bit uneasy. There were graffiti and cigarette buds everywhere. Young men were standing around in groups of three or four. As I set up my camera on the tripod to shoot some pictures of me and Boosey walking through the tunnel, I suddenly felt quite vulnerable.

Luckily, a group of friendly passers-by appeared. One of them was a photography enthusiast, and we took some pictures together. Then two university students showed me the way out from the other end of the tunnel. They even helped me carry the Caboose over some difficult parts.

I don’t know if it was a general thing or just my luck, but I felt as if the people from this area had a particular friendliness about them. Again and again they were nicer than I had been expecting.

When I decided to rest in front of the huge main mosque in the center of the city, two security guards appeared. I was mentally preparing myself to be told that I couldn’t sit there, that it was after hours, that it was a place of worship, and that I shouldn’t be eating my apples there.

They invited me in for tea and showed me the inside of their mosque. 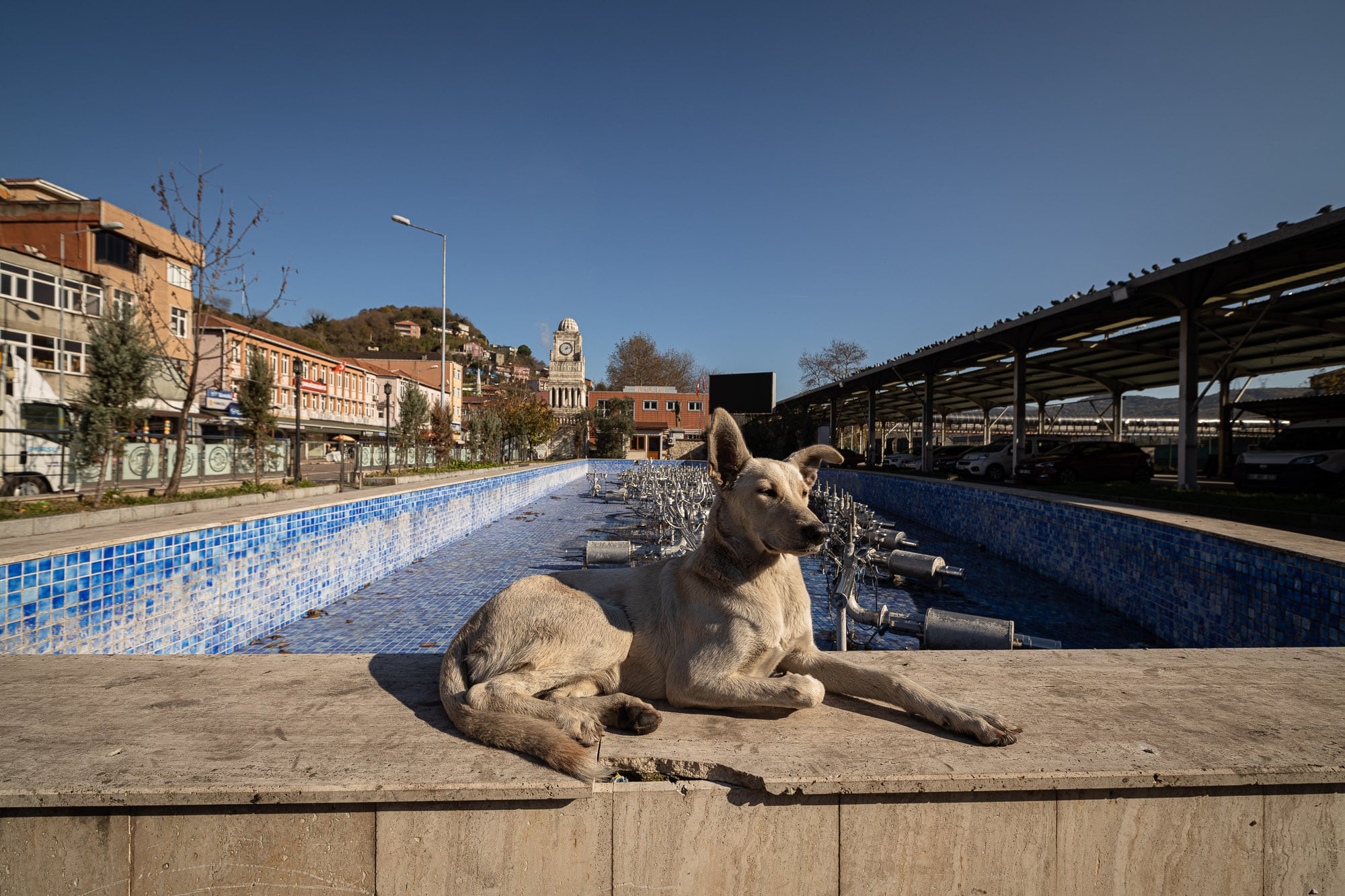 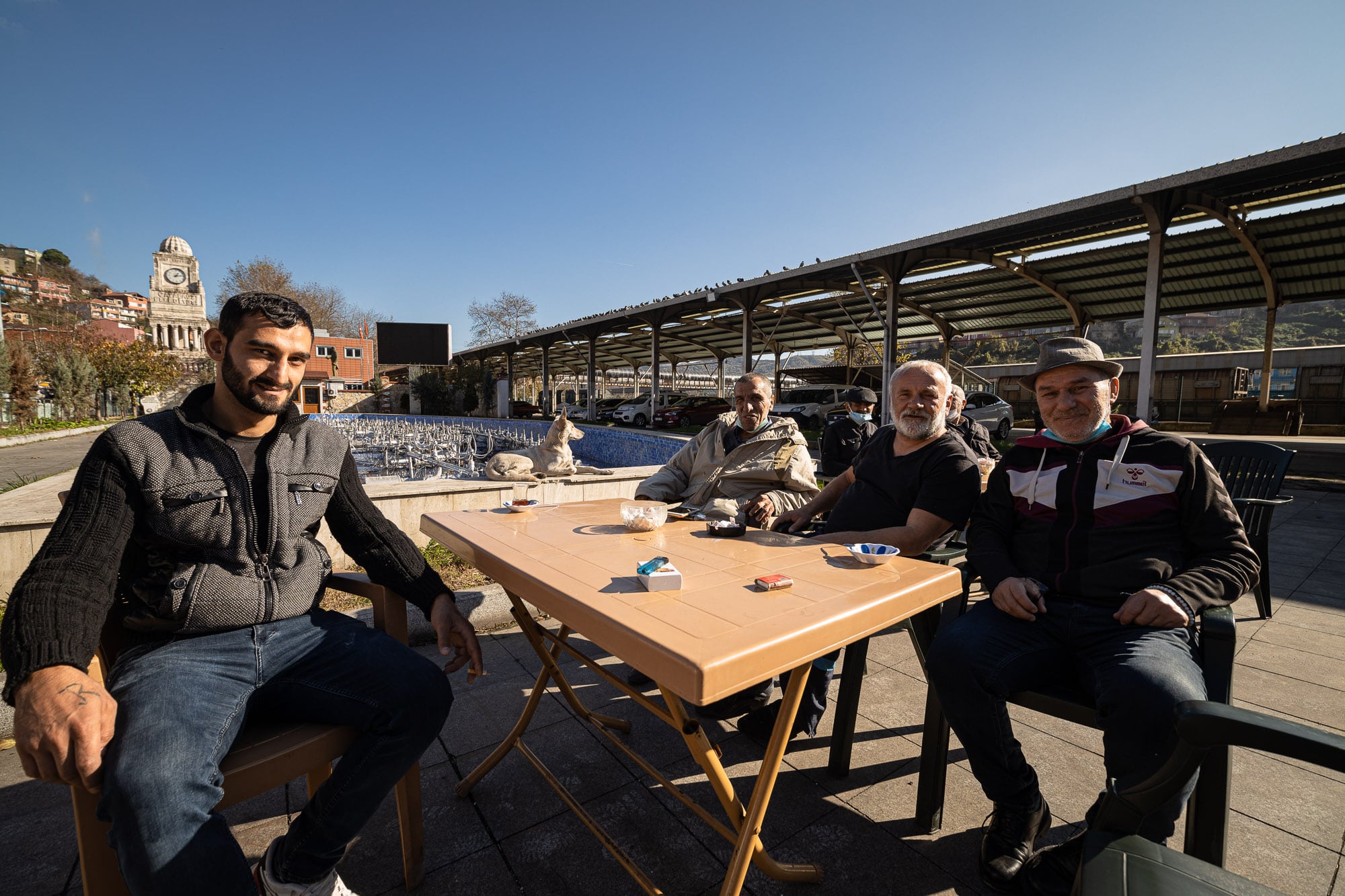 The portrait that I didn’t take: 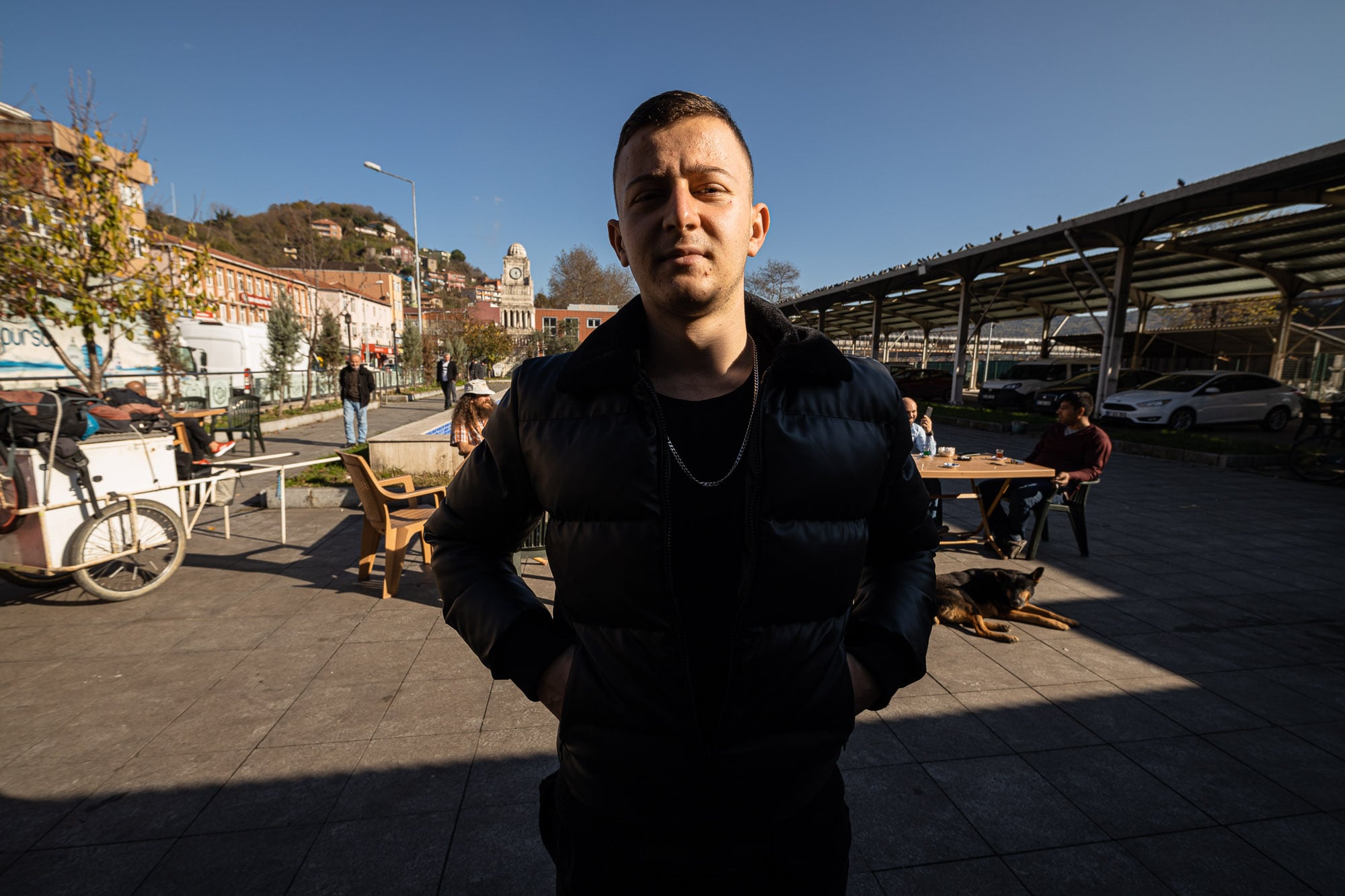 Drying my shirt on the way from Catalagzi to Zonguldak: 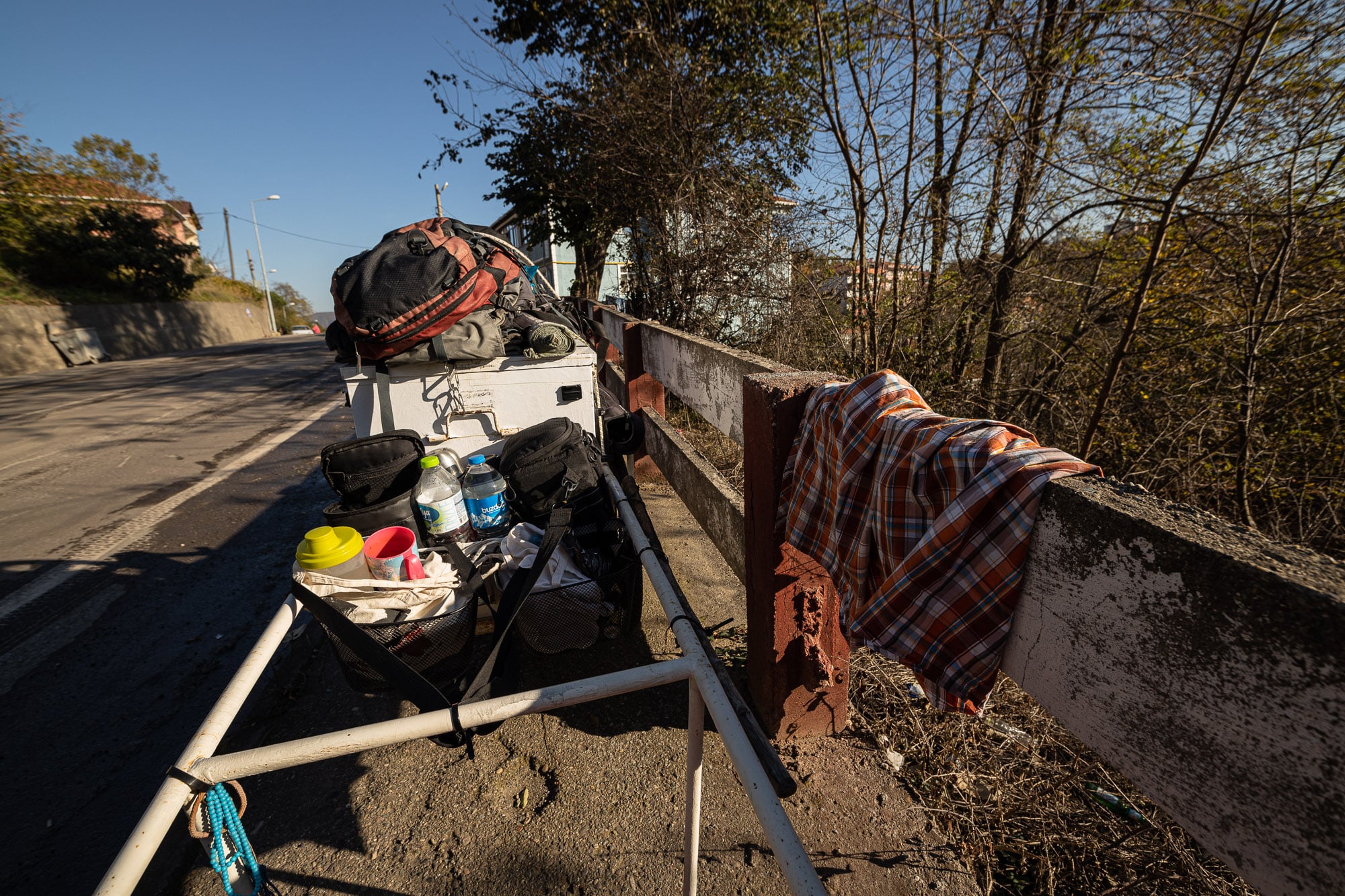 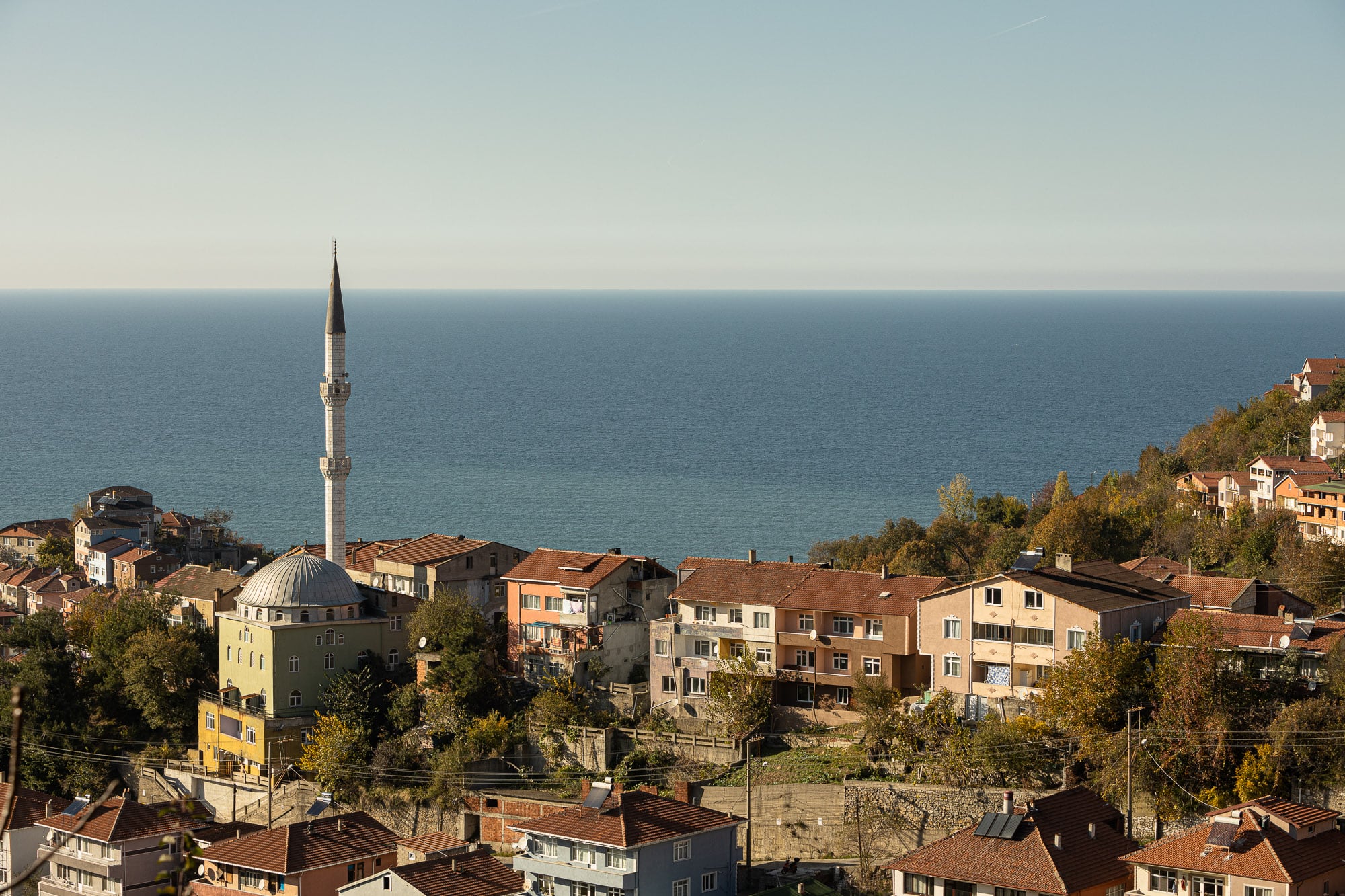 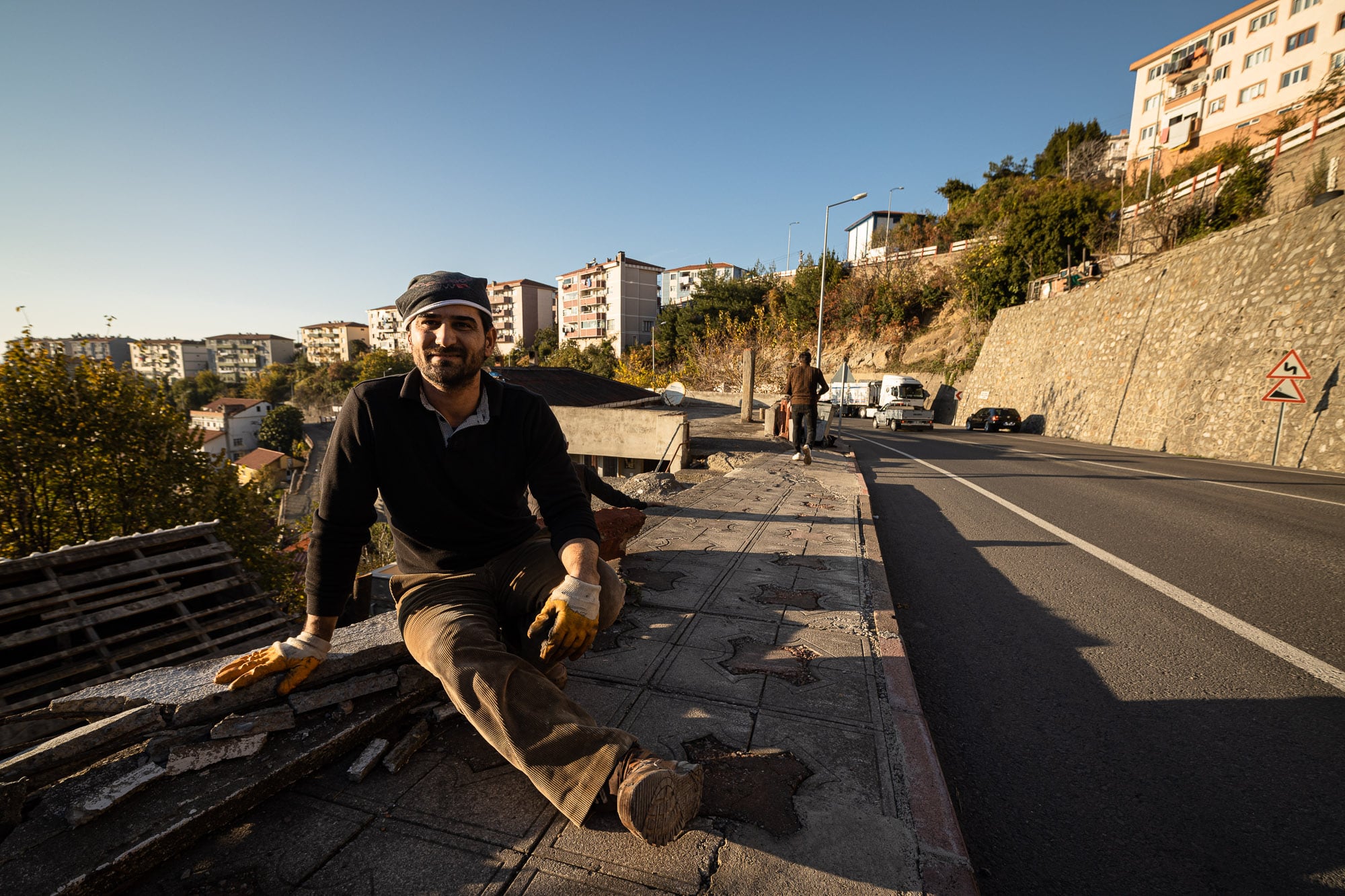 Sunset over the roofs of Zonguldak: 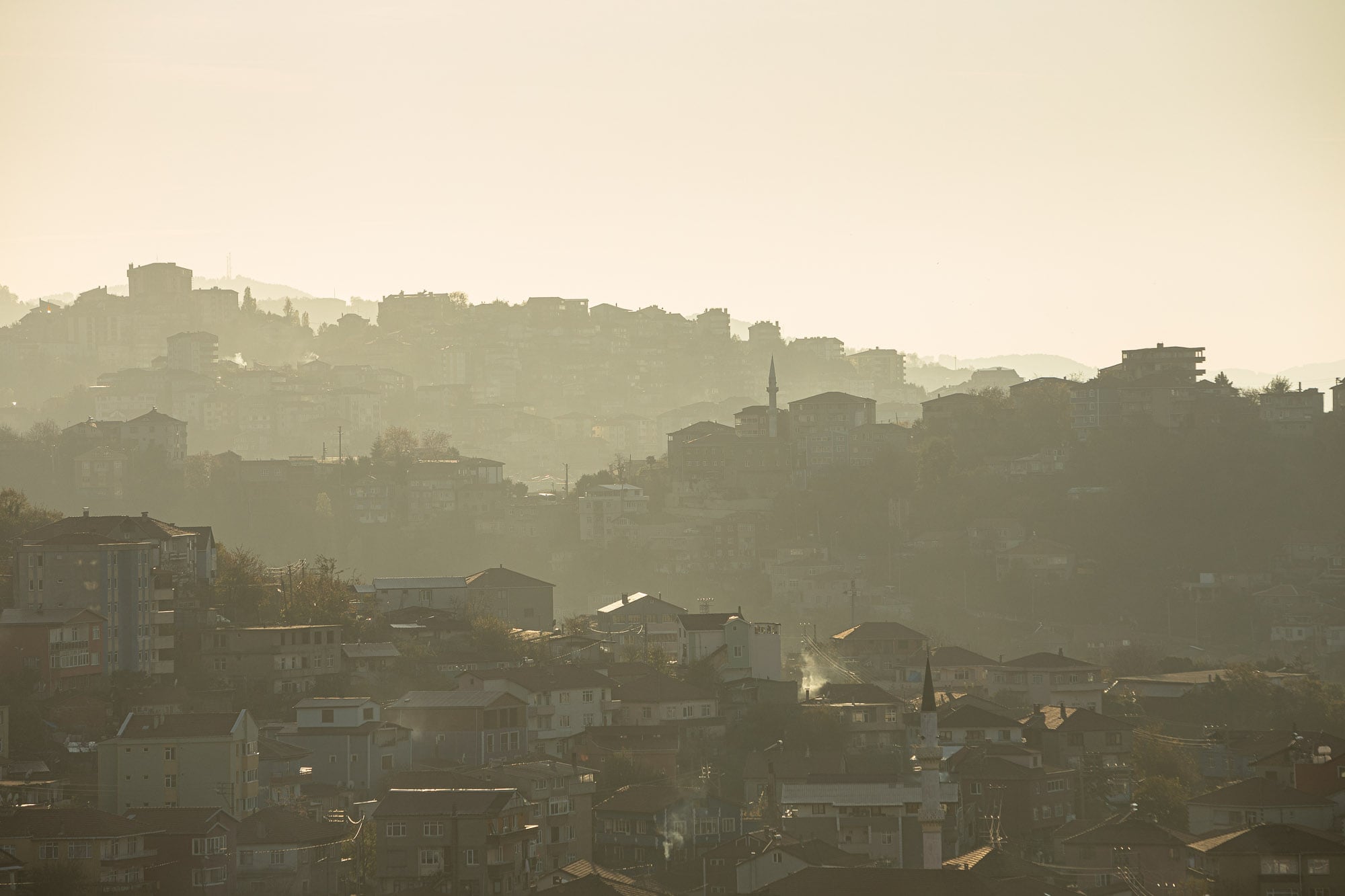 Man with a pretty bus: 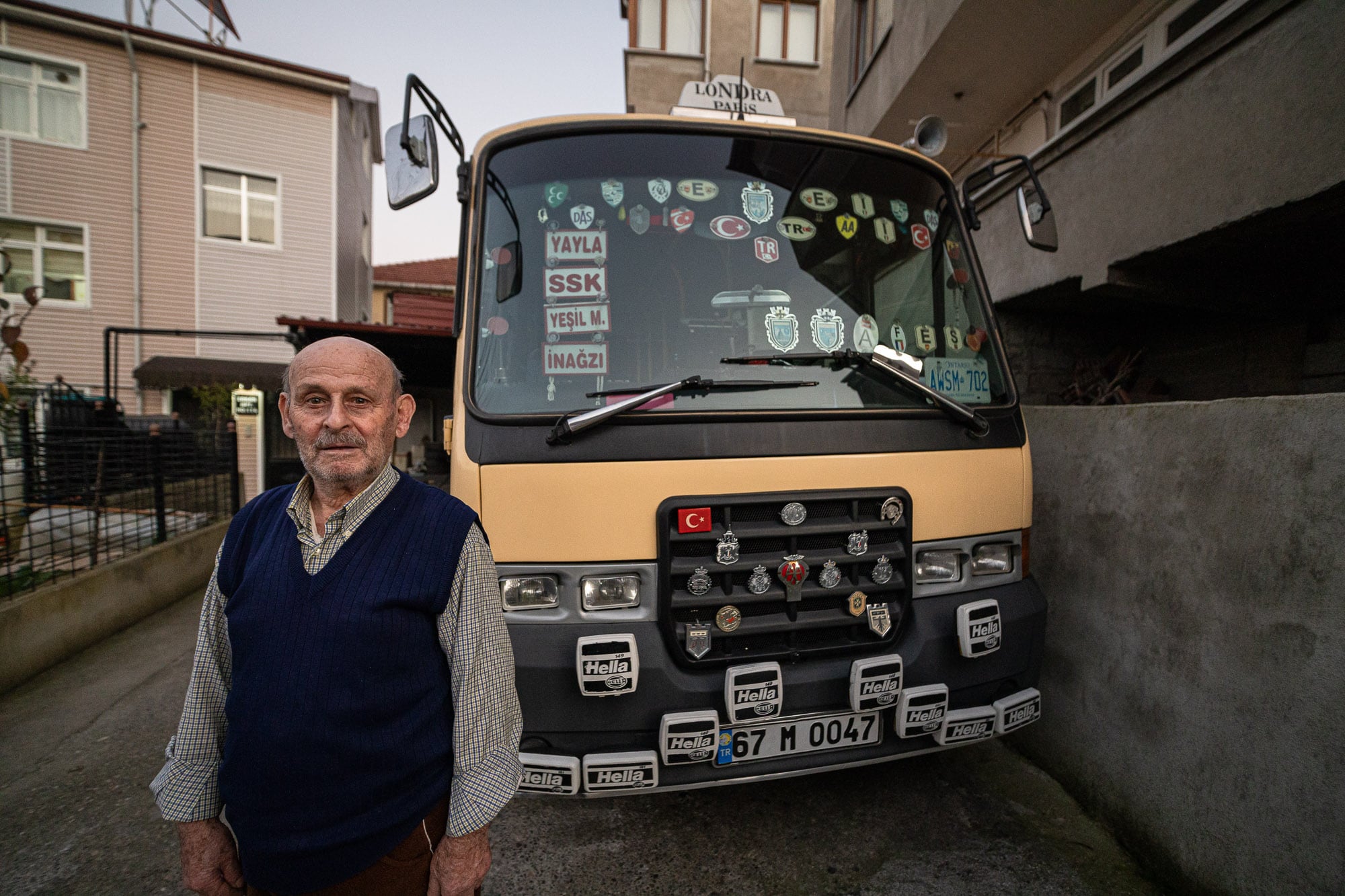 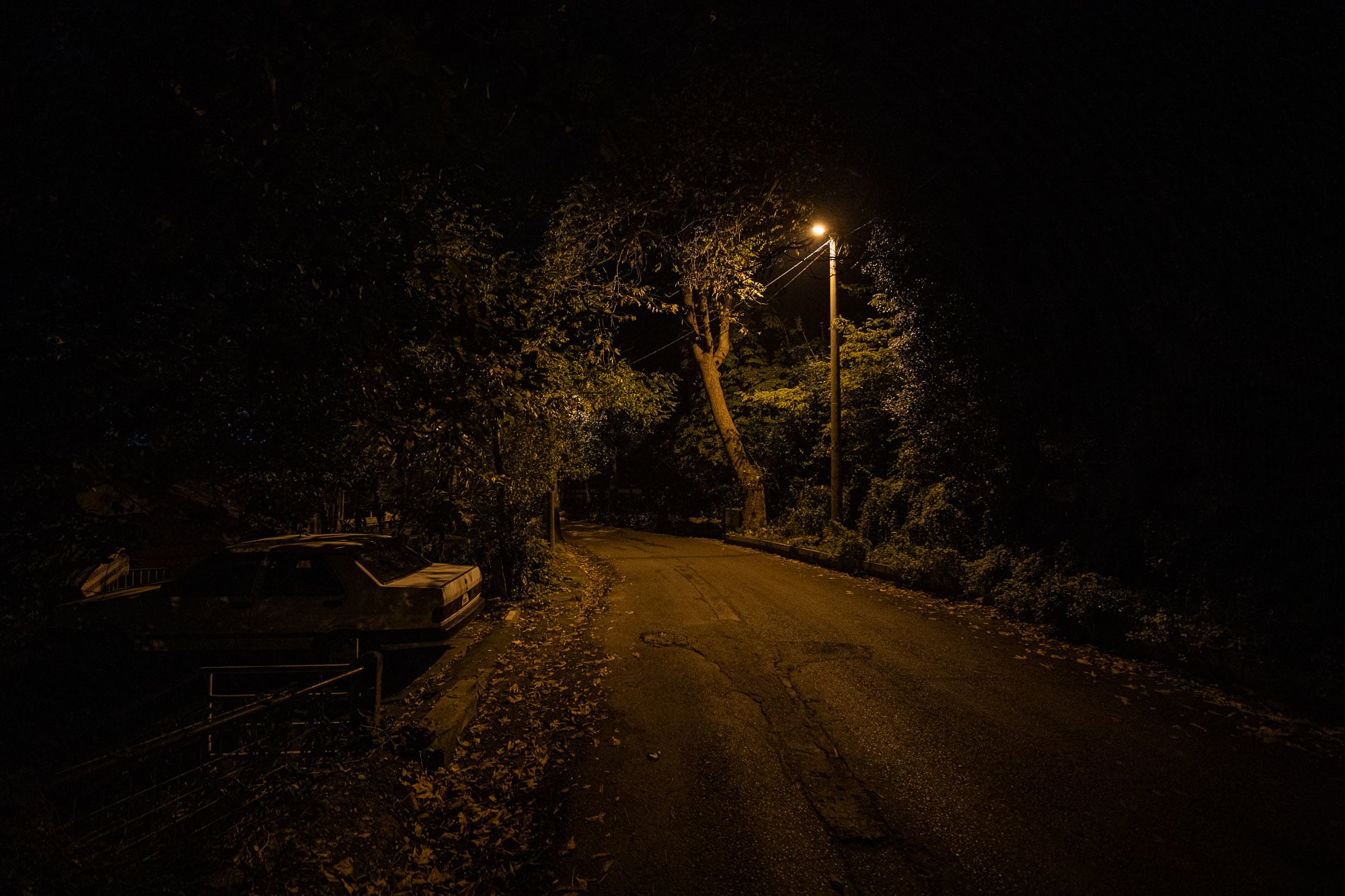 Entrance to the Varagel Tunnel: 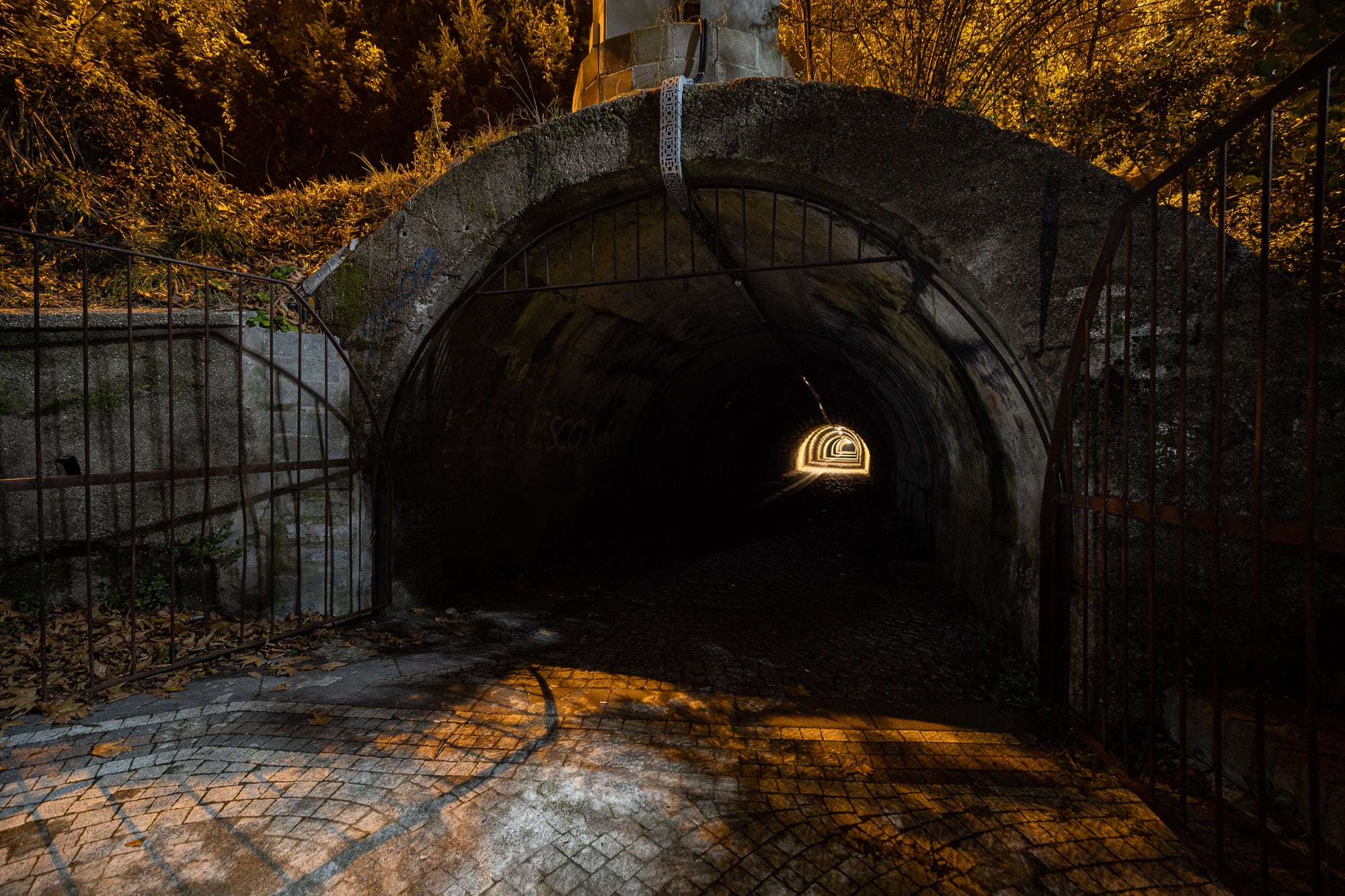 Kaya and his friends in the tunnel: 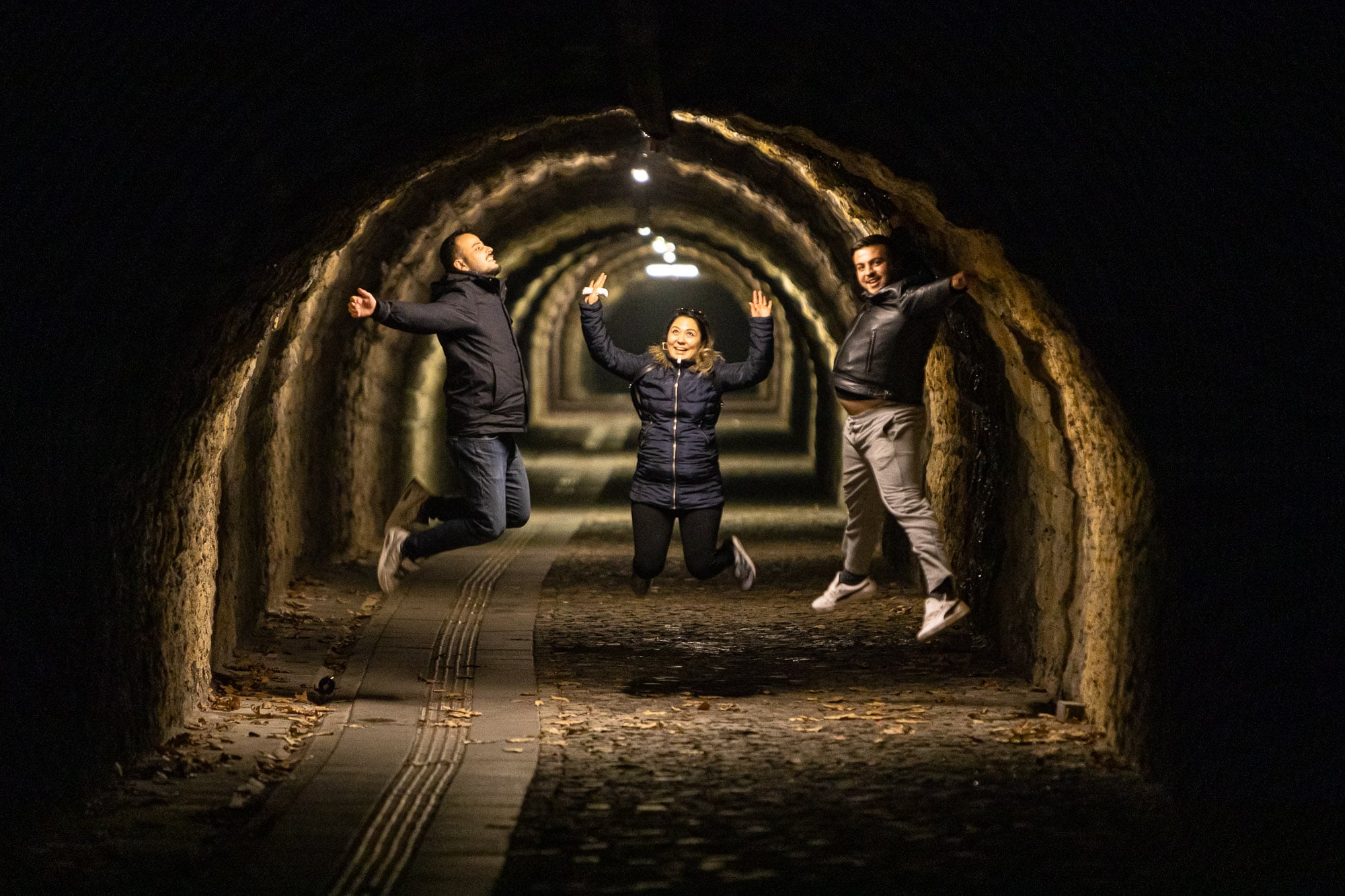 The Longest Way did indeed lead through the Varagel Tunnel: 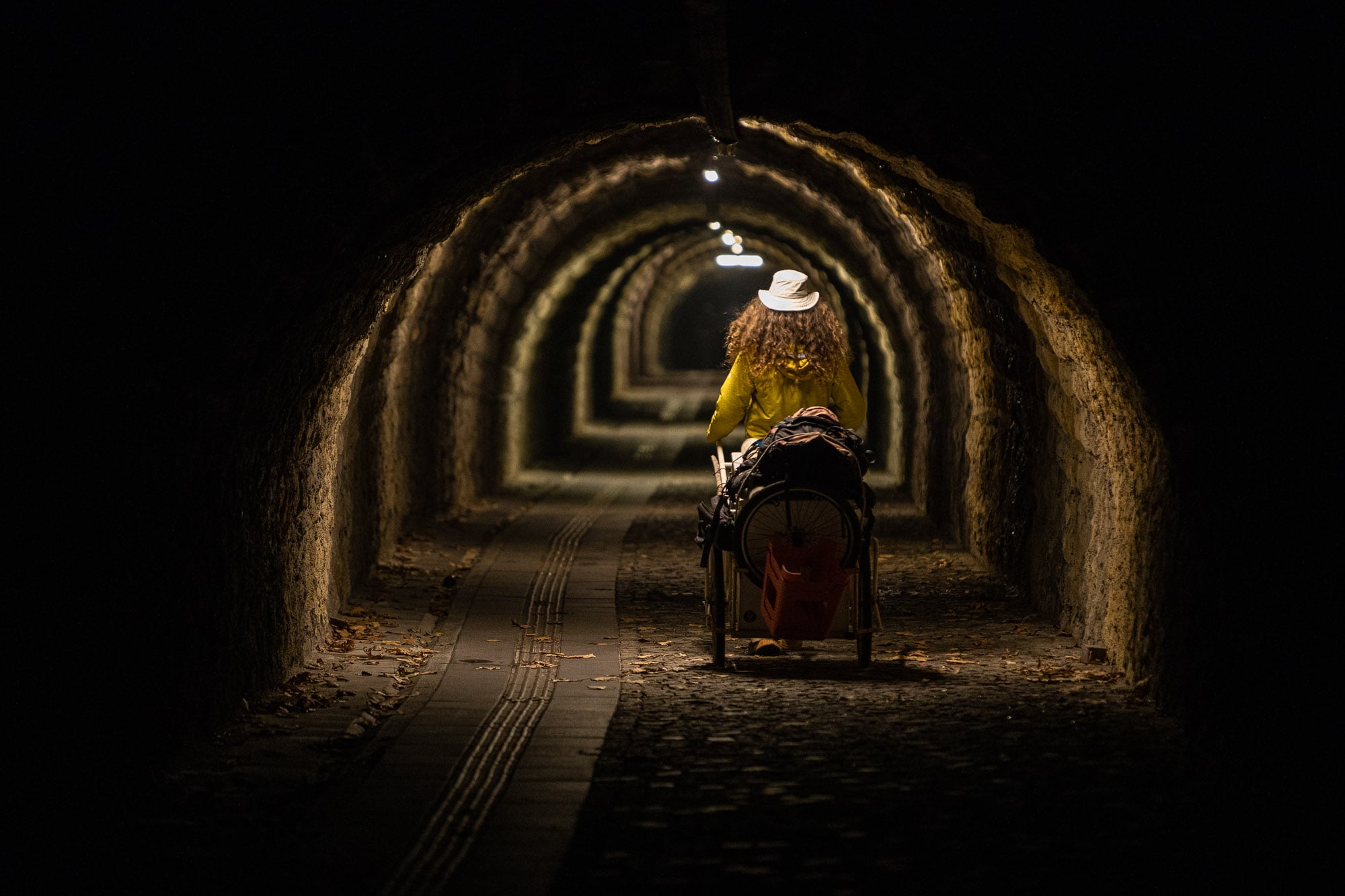 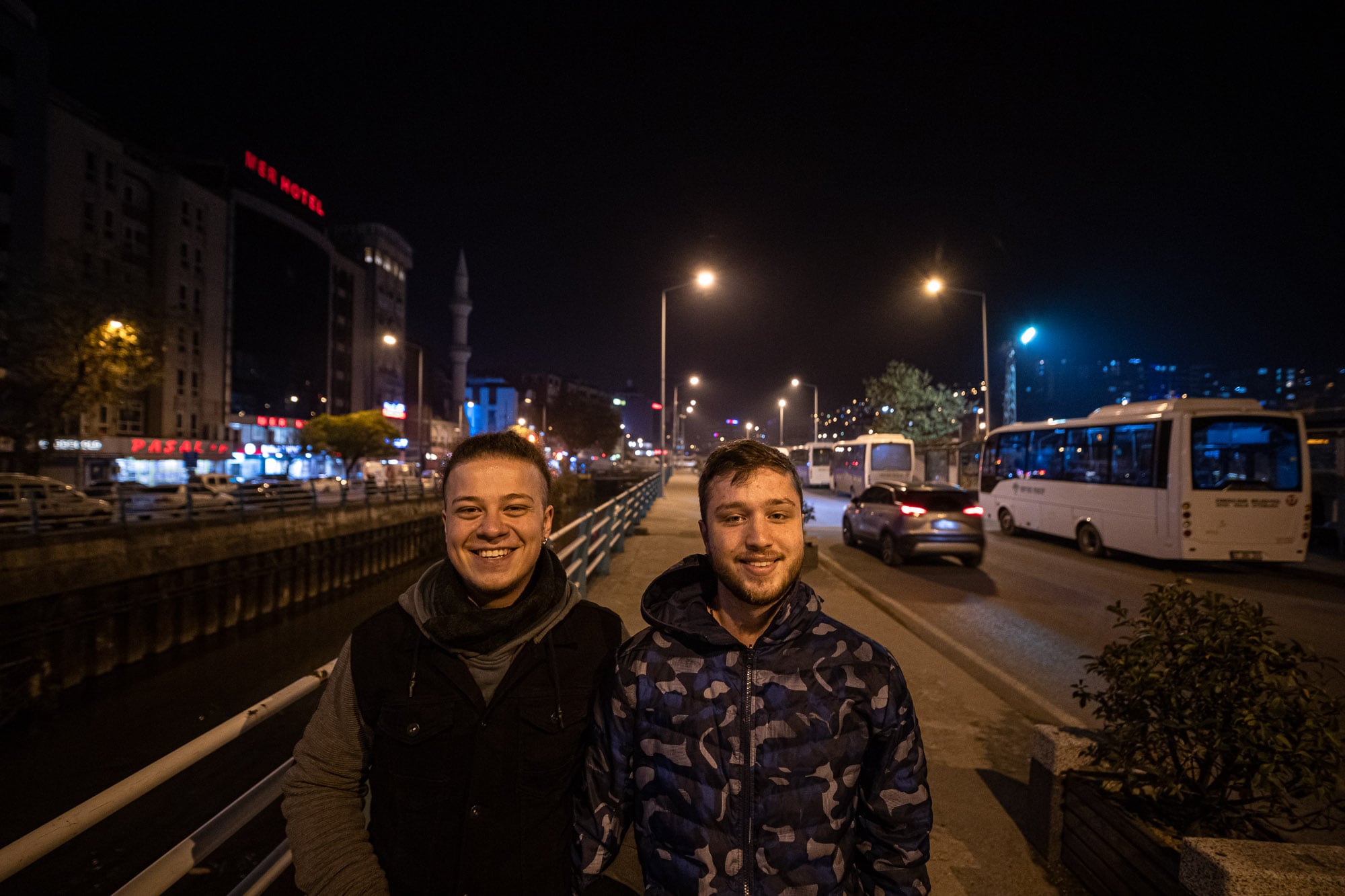 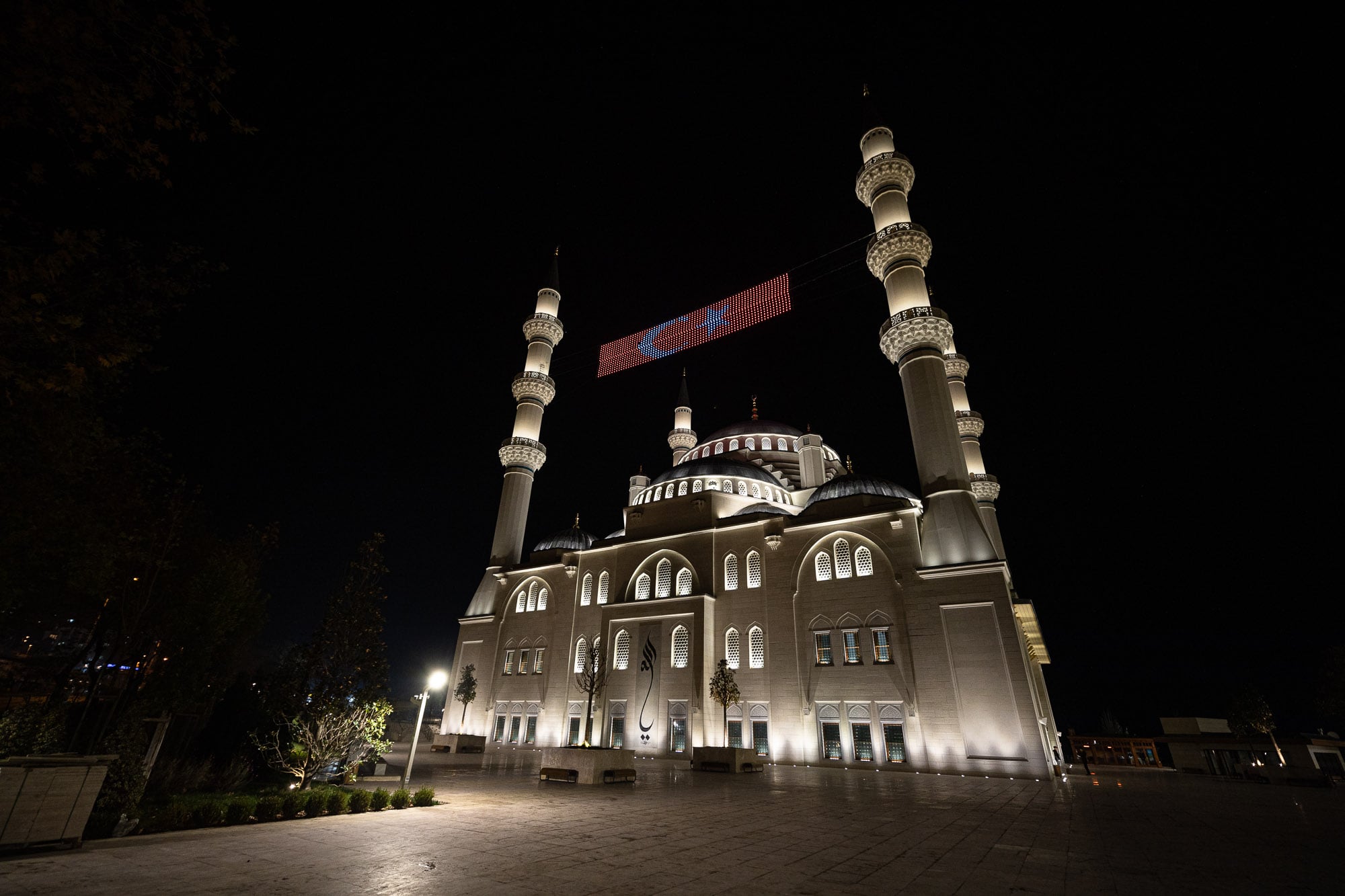 Zafer, guard of the mosque: 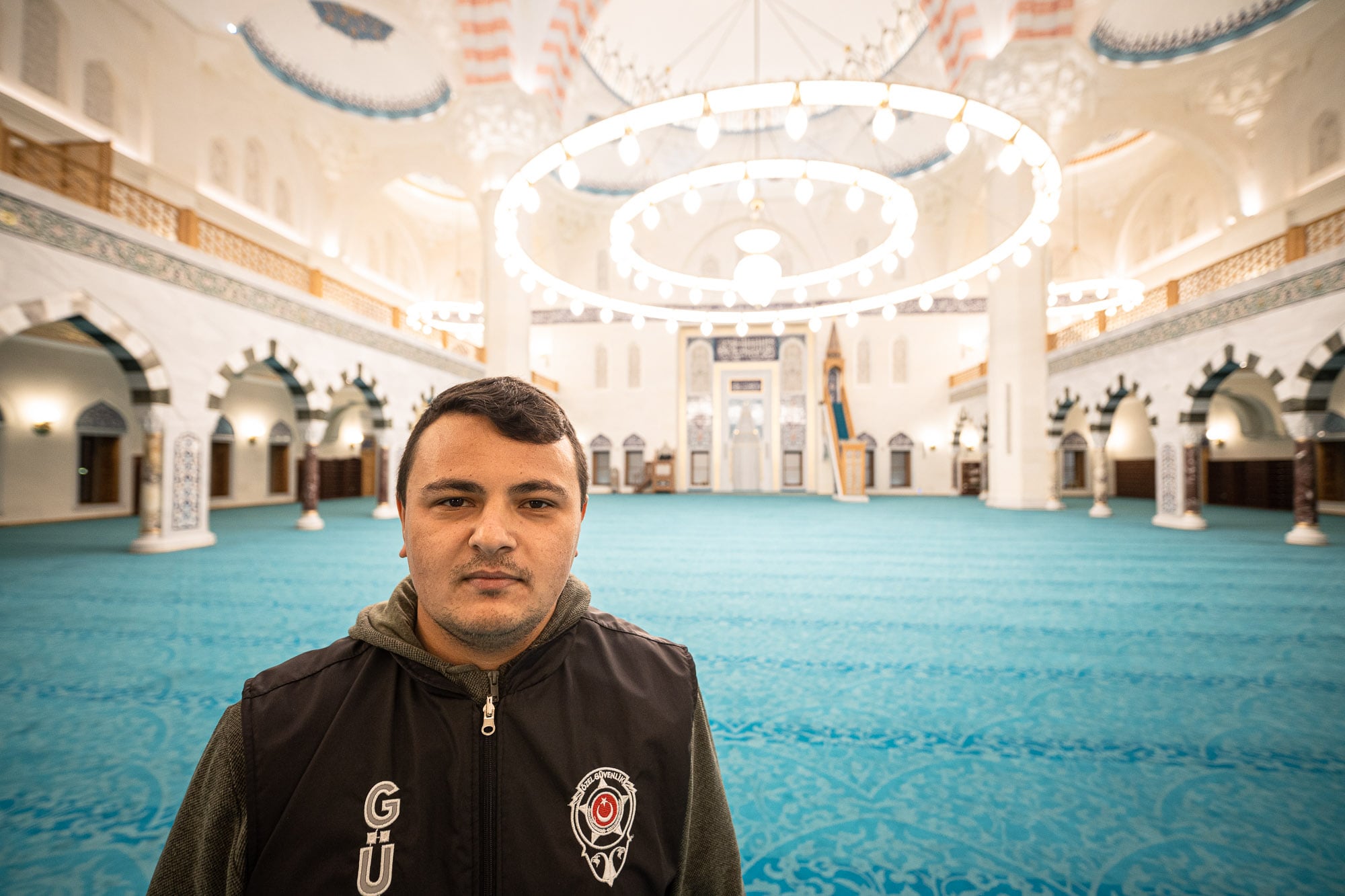 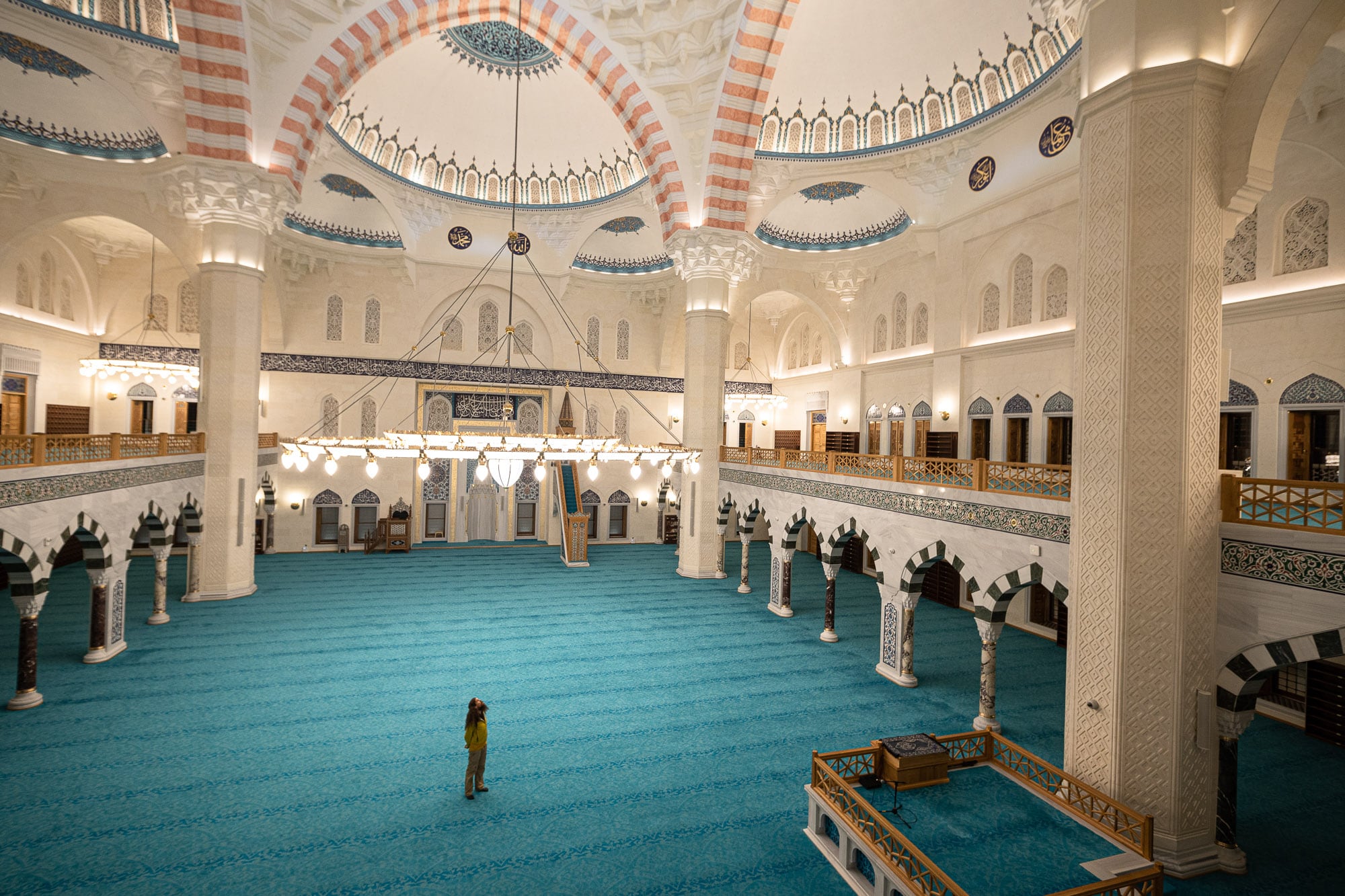 Mohammad, guard of the mosque: 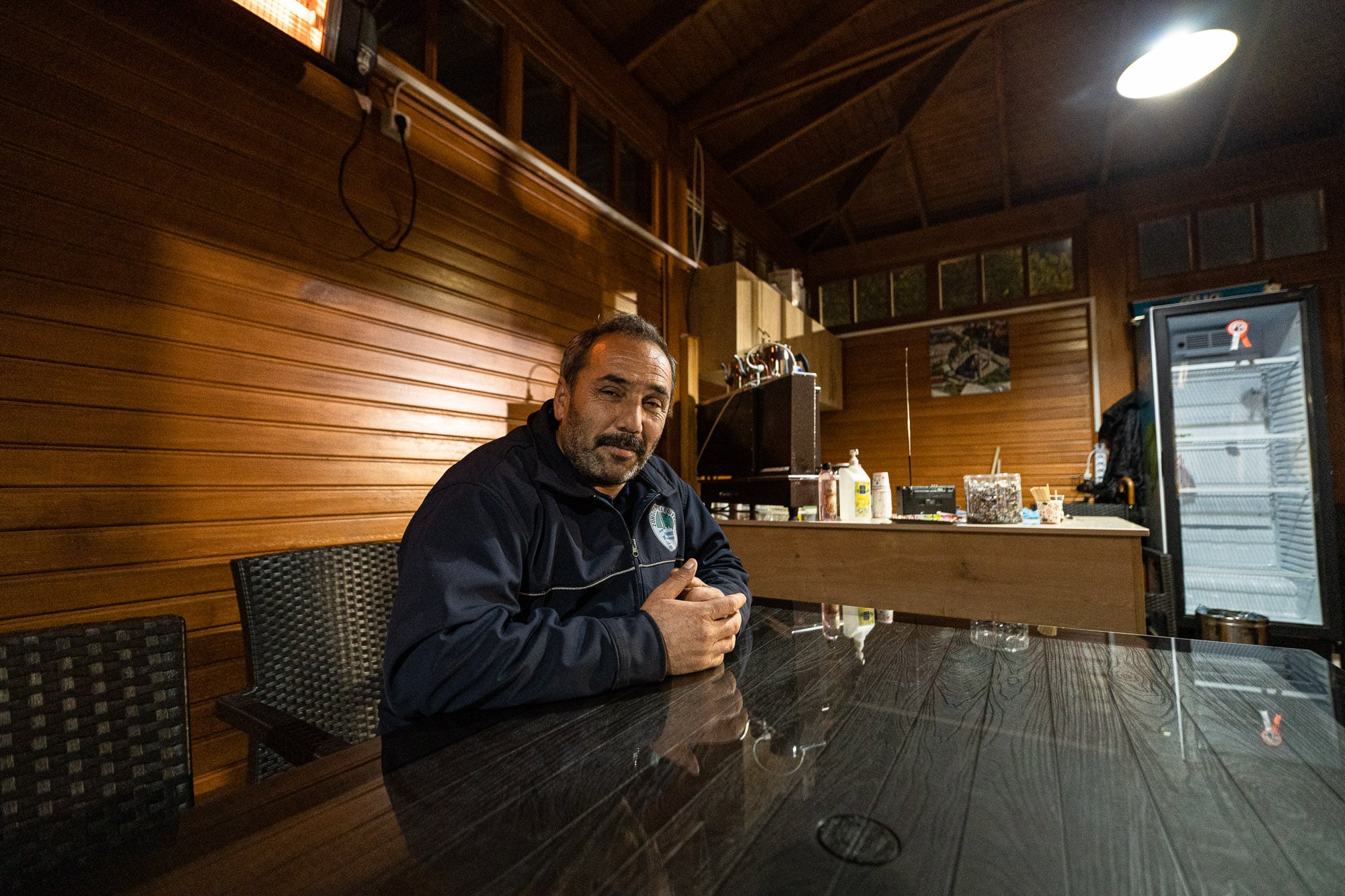 Day 1555
from Catalagzi to Zonguldak