This post is about a 20km walk from Filyos to Catalagzi. I arrive in a heavy industry area where the people are very friendly.

I woke up in a wooden pavilion that stood in a park by the beach. At one point during the night, all the street dogs of Filyos had gathered around the pavilion to discuss something among each other. Then, at daybreak, three mosques had sounded the prayer call, all at once. So it hadn’t been a very relaxing night. But it had felt like an accomplishment nonetheless.

how I got there

When I arrived in Filyos the night before, I went straight to a ruined castle that I had noticed on the map. I wanted to pitch my tent there because it was on a hill and because I liked castles. But the security guard shooed me away.

So I went down to the town center. There was a park where I was hoping to pitch my tent, and if that fell through there were a few guest houses.

Long story short, a man saw me going into a store and told me he was with the police. What was it I was doing here?

I said I was planning to spend the night.

He told me that camping was forbidden. More police appeared. One guy could speak a bit of French and told me that “ce que vous faites” – that which I was doing – was forbidden. I asked him if he meant camping. He pointed to the Caboose and said “that!”

In the end the police called up some guesthouses, but they were all booked. So they got three young policemen to accompany me to a place in the park where they would give me special permission to sleep. The policemen were friendly. We took a selfie together: Umut, Osman, the third dude, and me.

Then I collapsed in my tent in the wooden pavilion.

Walking after that night felt difficult somehow. The day was cold and grey, and the road was winding. The people along the way were nice, though. When I stopped at a mosque to use the bathroom, a bunch of old guys guarded the Caboose for me. Then I had some simits in a tea house, and a lady from across the street came and gave me a piece of home-made pastry and some apples.

When I had finally made it down the hill and went to a shop to get some water, a little crowd gathered. They were all very welcoming, and when I asked them if there was a guesthouse anywhere nearby, one of them took it upon himself to call a guesthouse, make some special vegetarian dinner arrangements for me, and then guide me there.

He had a cousin in Germany whom he video-called to help with the translation.

This was the way, I thought. There were those people who told you that you couldn’t cross a bridge or sleep in your tent, while other people went out of their way to help you.

And why was it that the good people often lived in the dusty places? 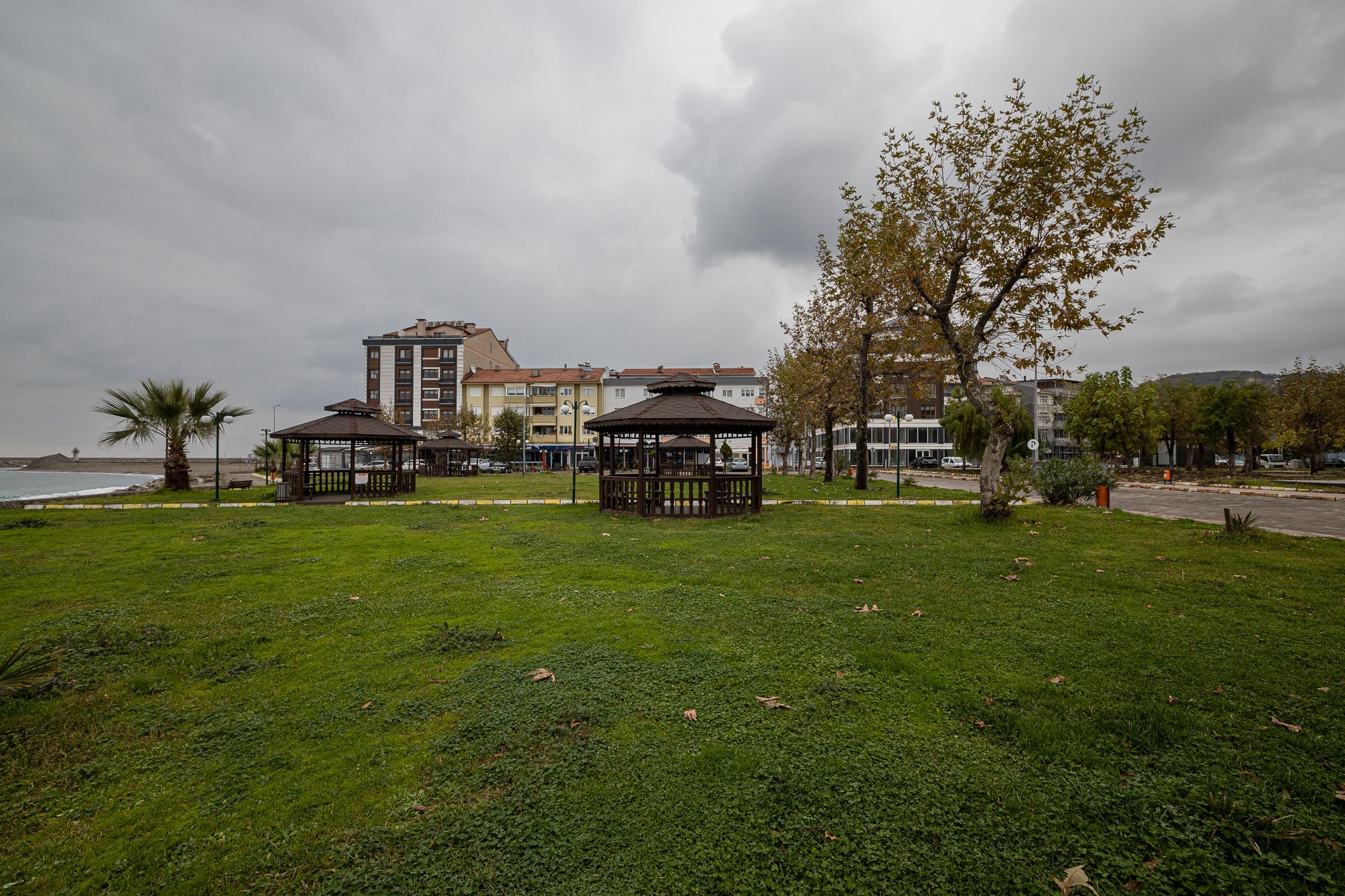 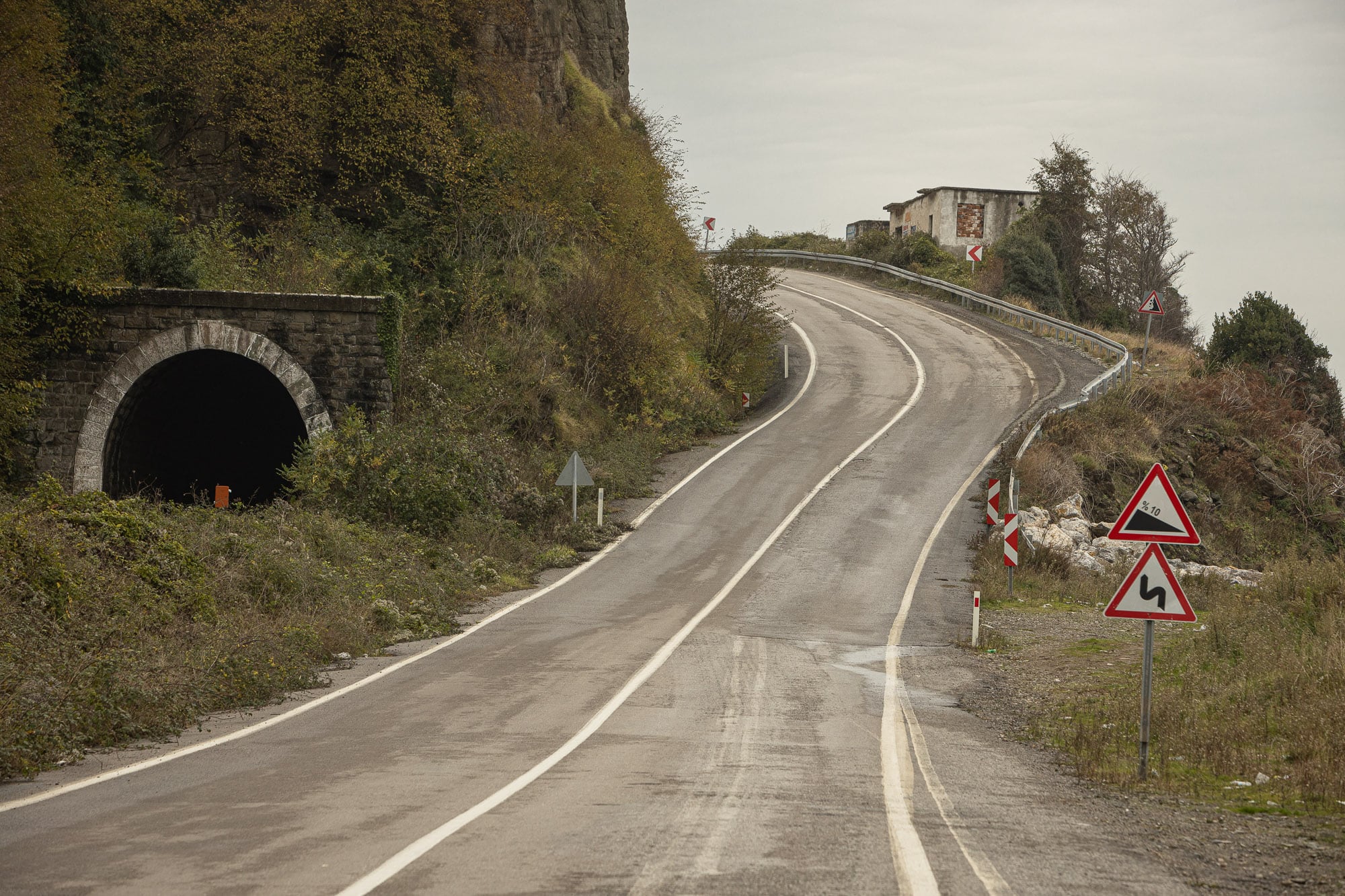 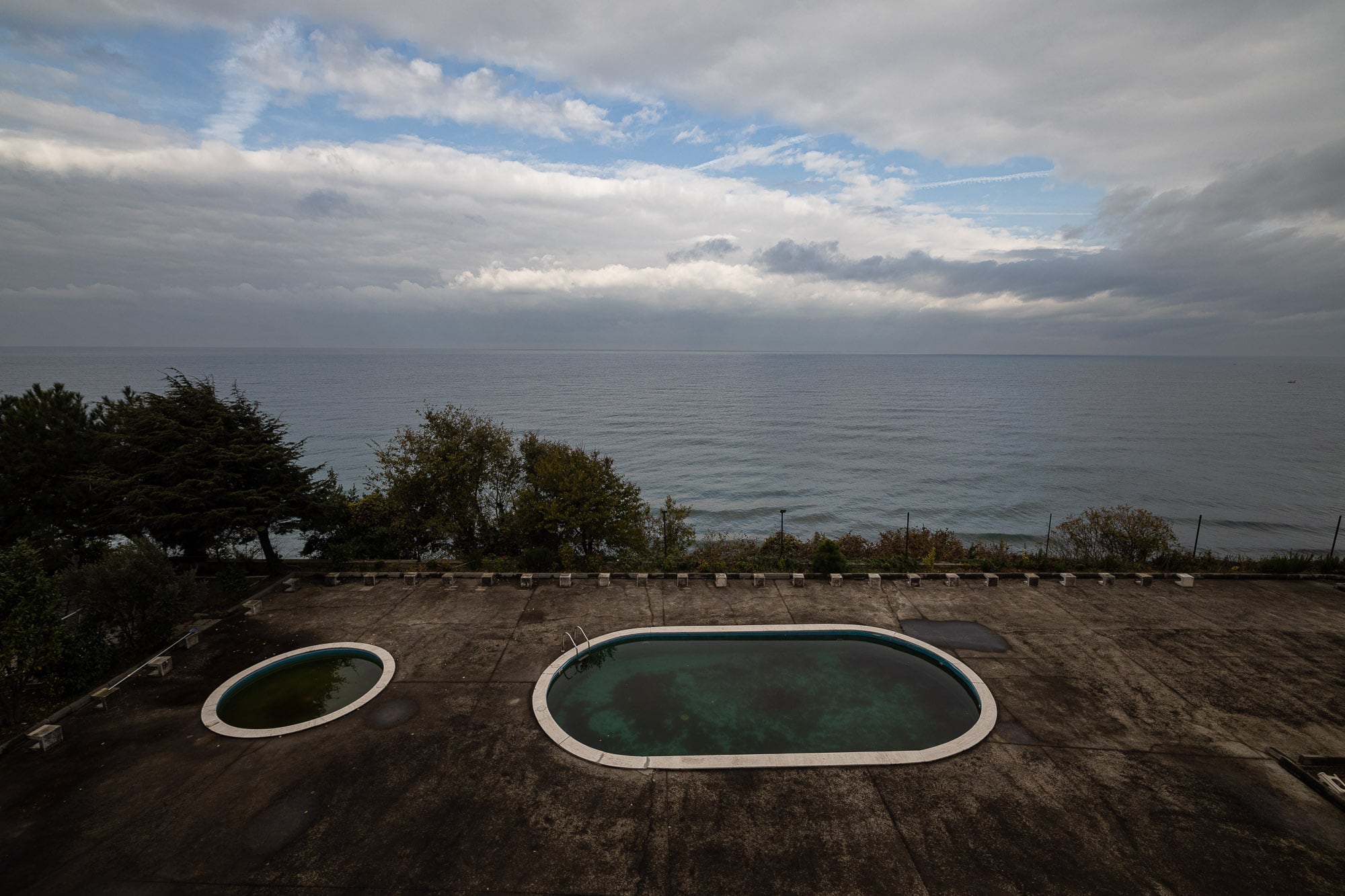 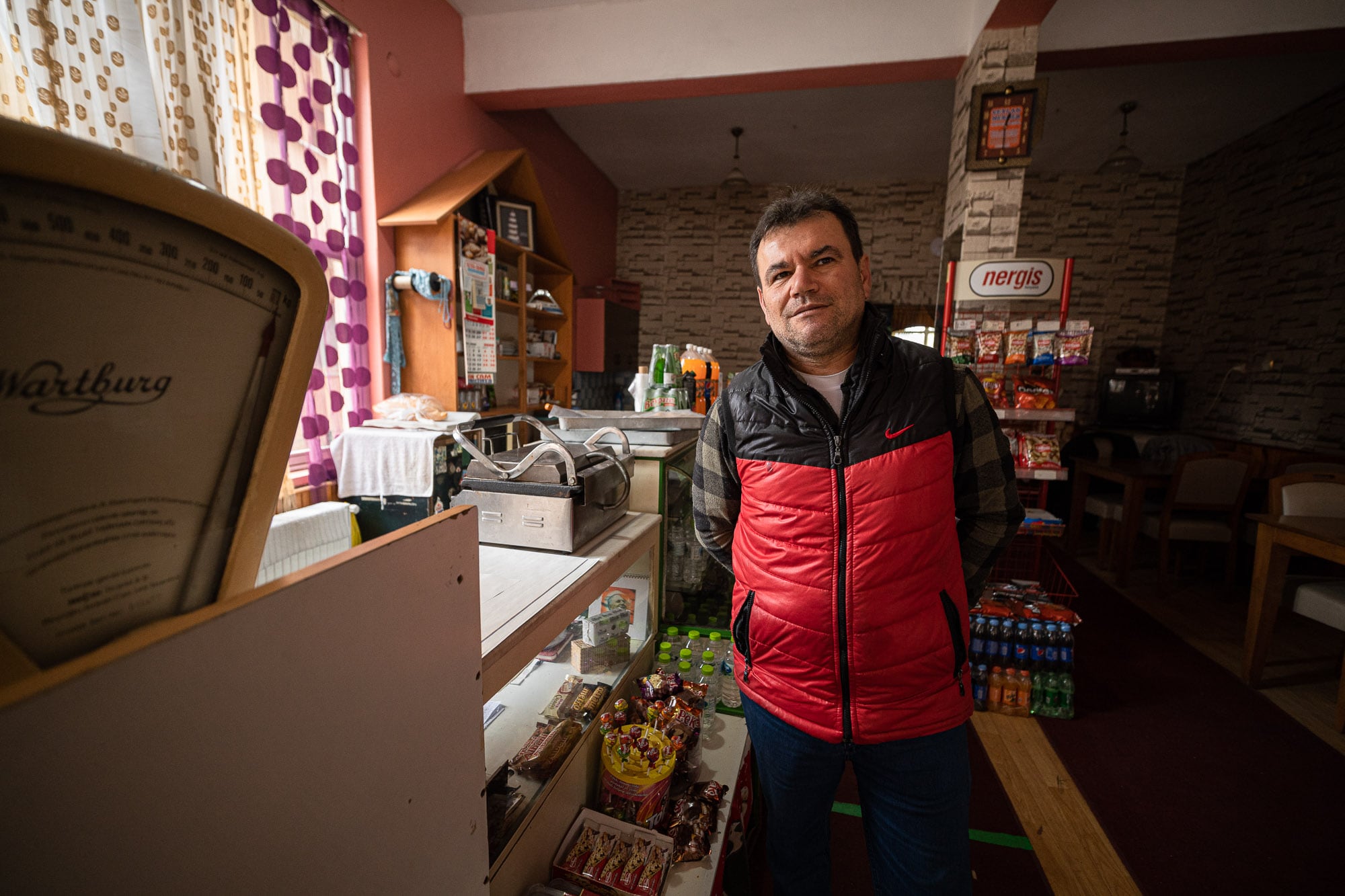 Shop owner who gave me pastries and apples in Türkali: 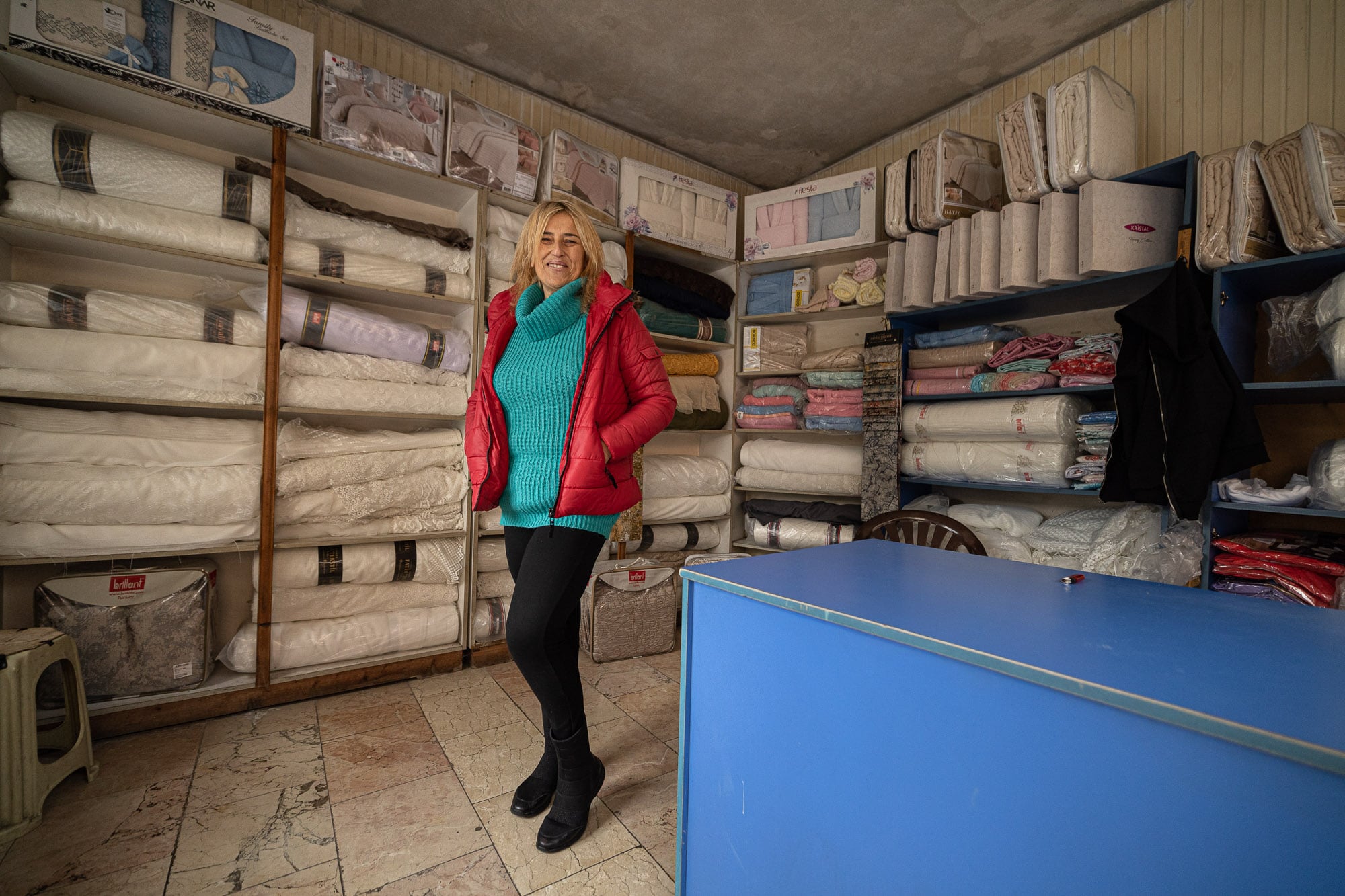 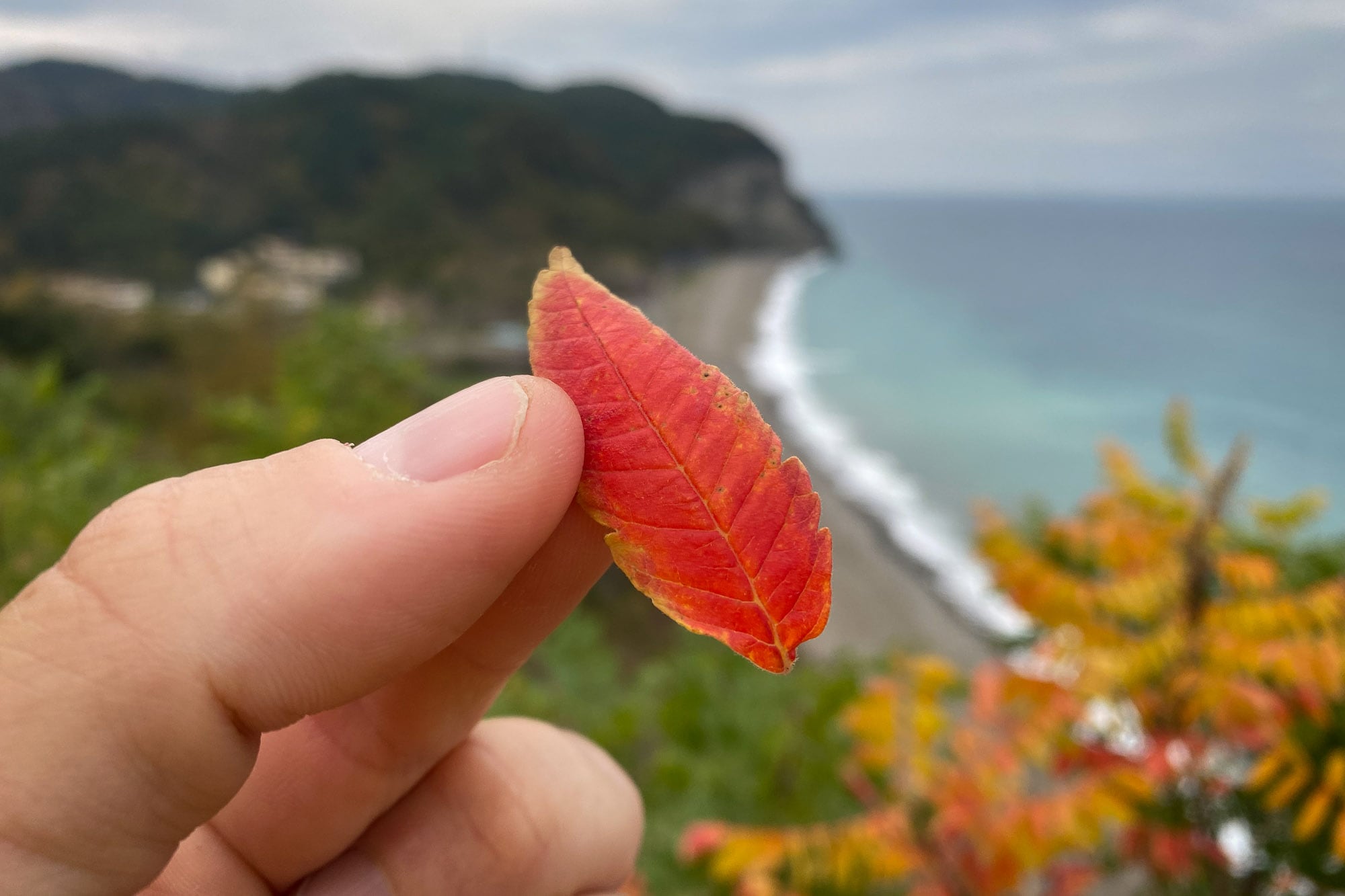 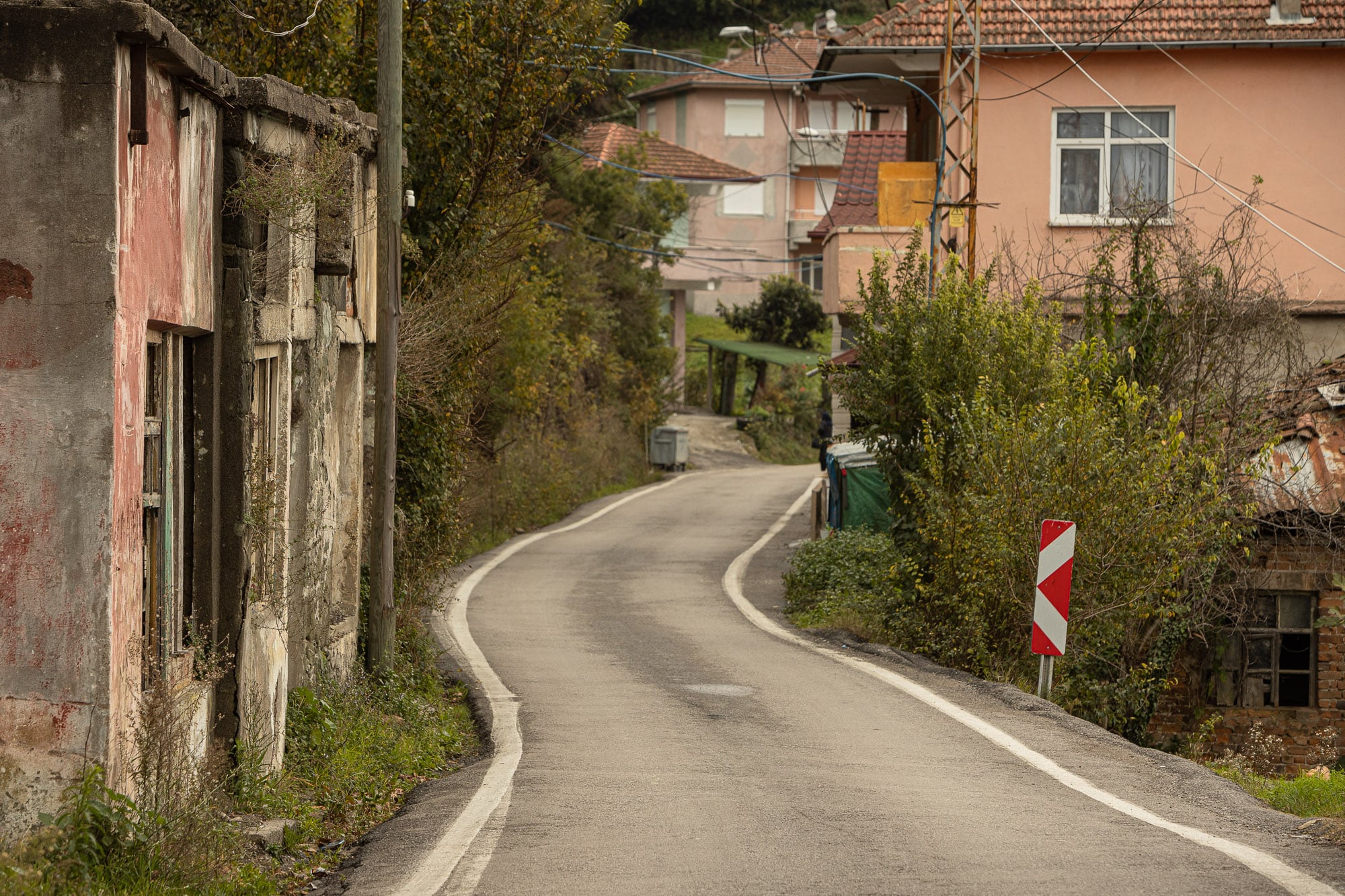 Pimp your ride and rely on God for protection – this seems to sum up the driving of many young men in Turkey: 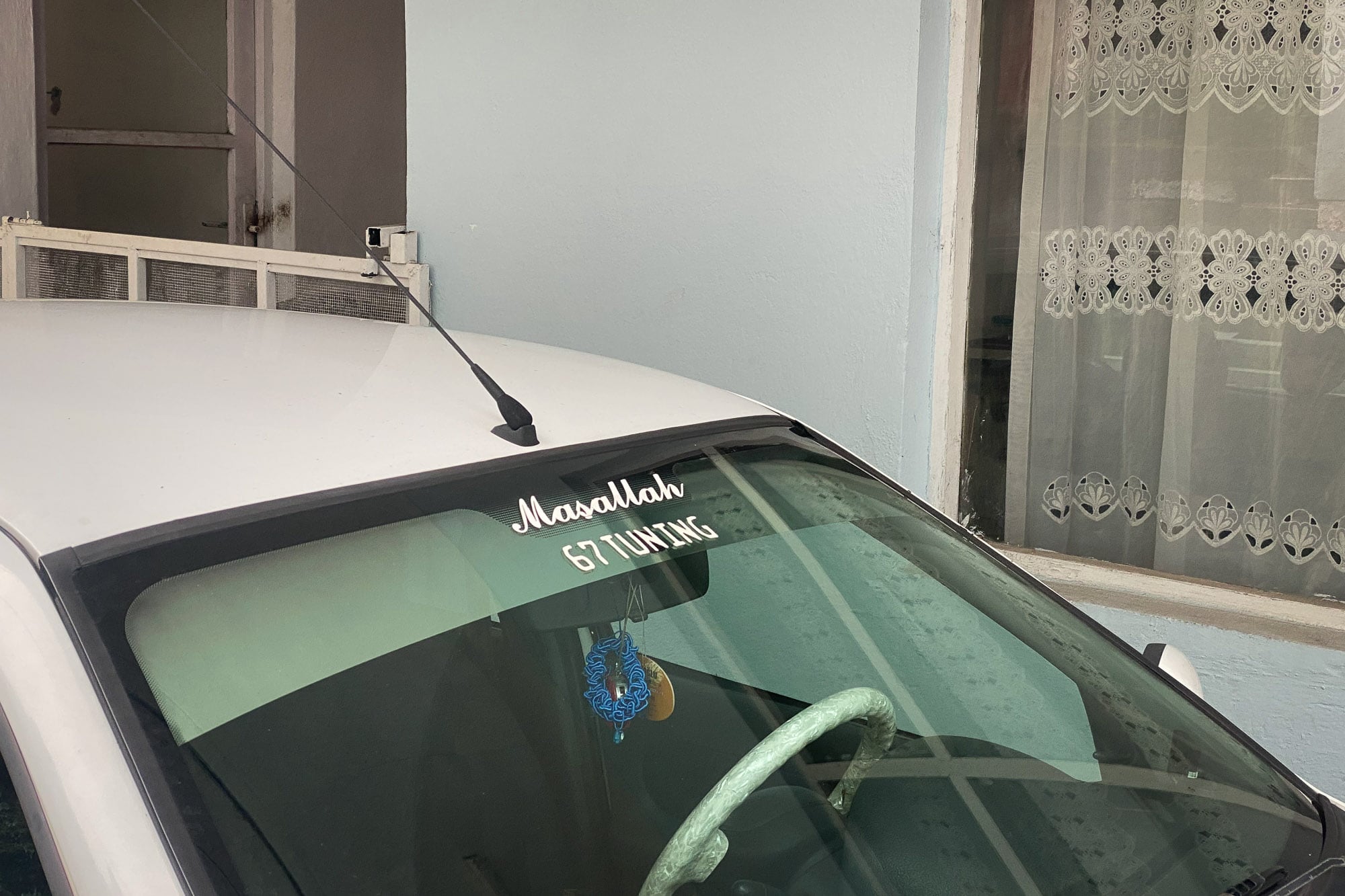 The winding parts of the road from Filyos to Catalagzi: 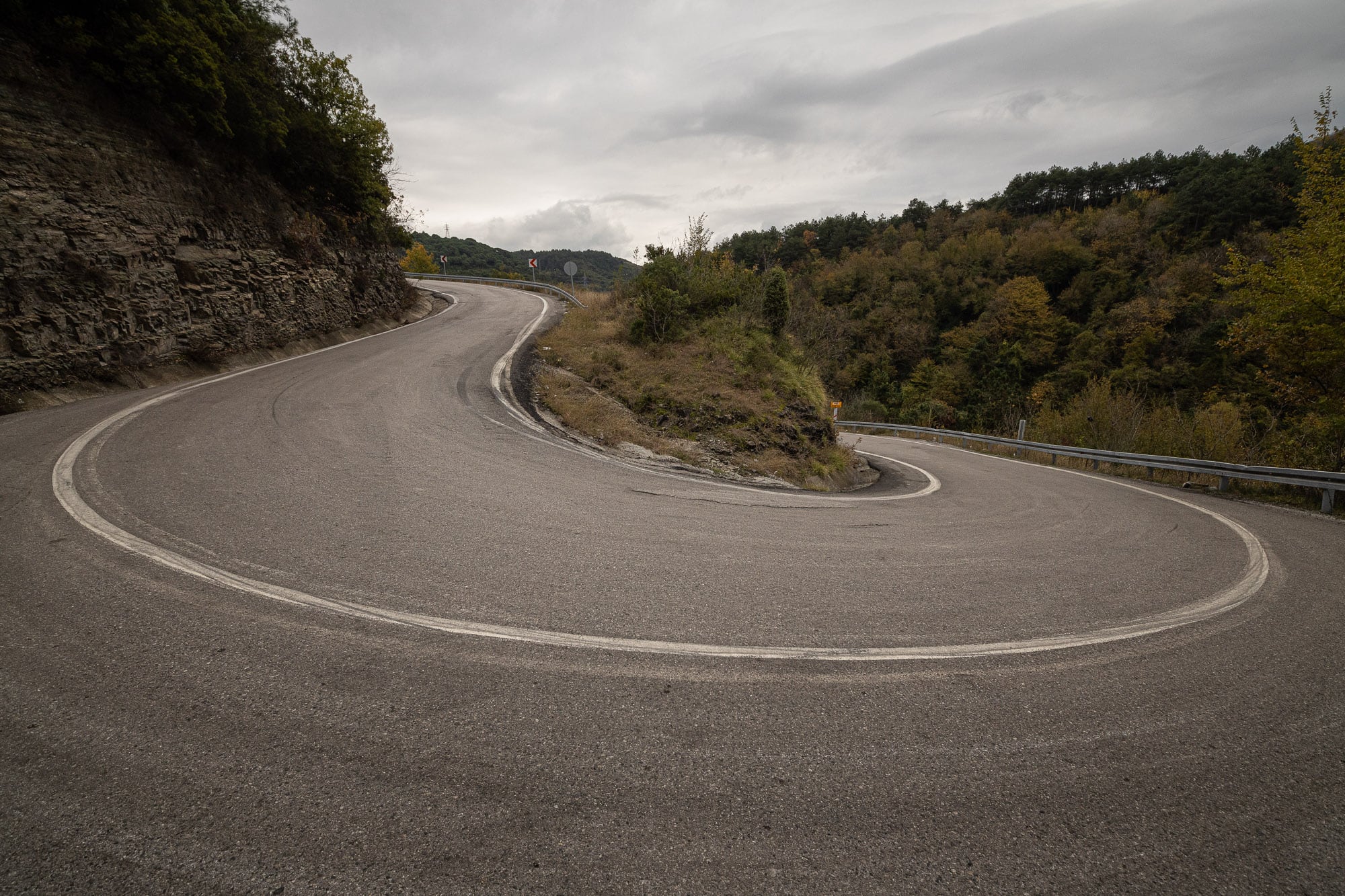 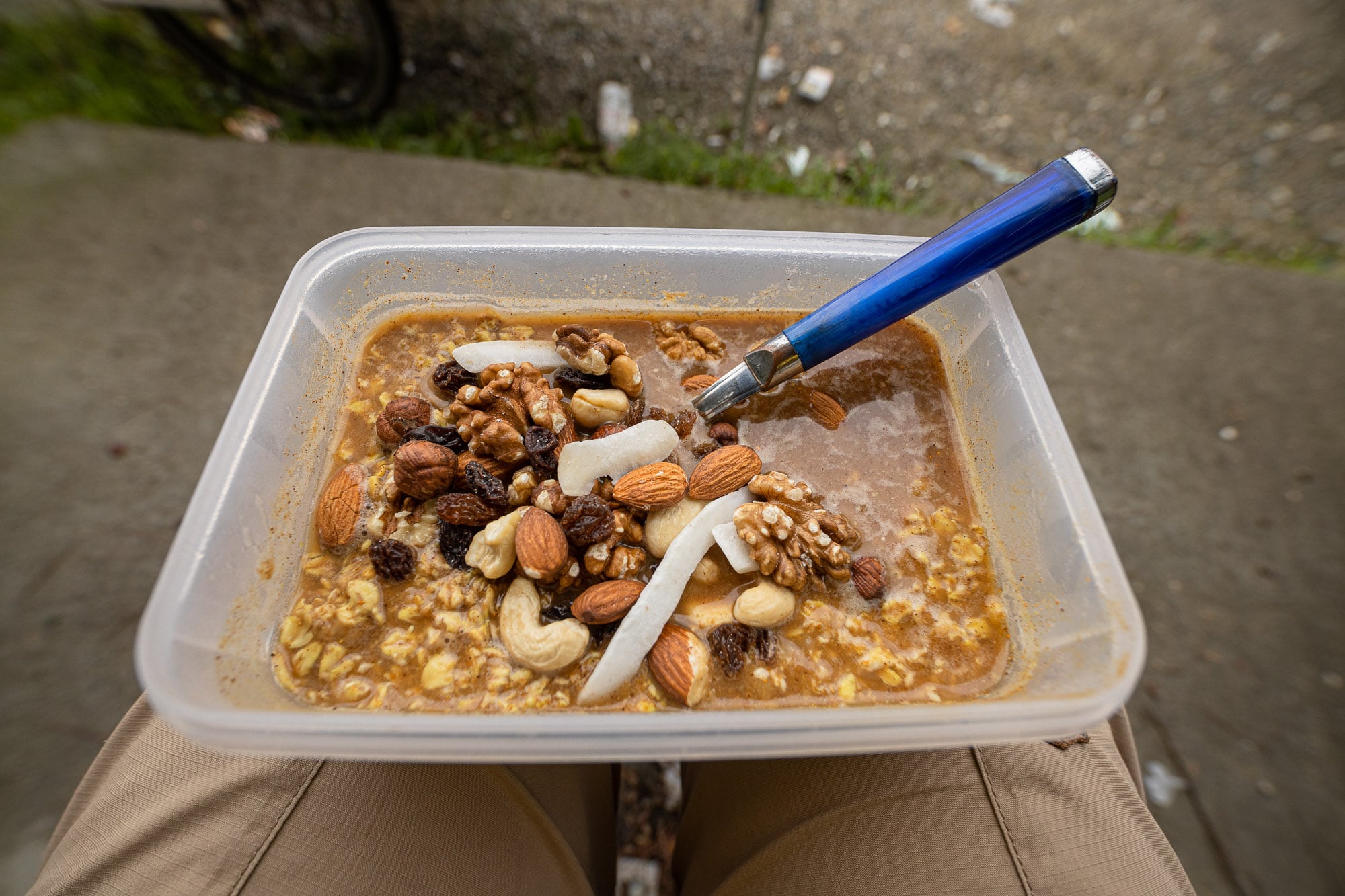 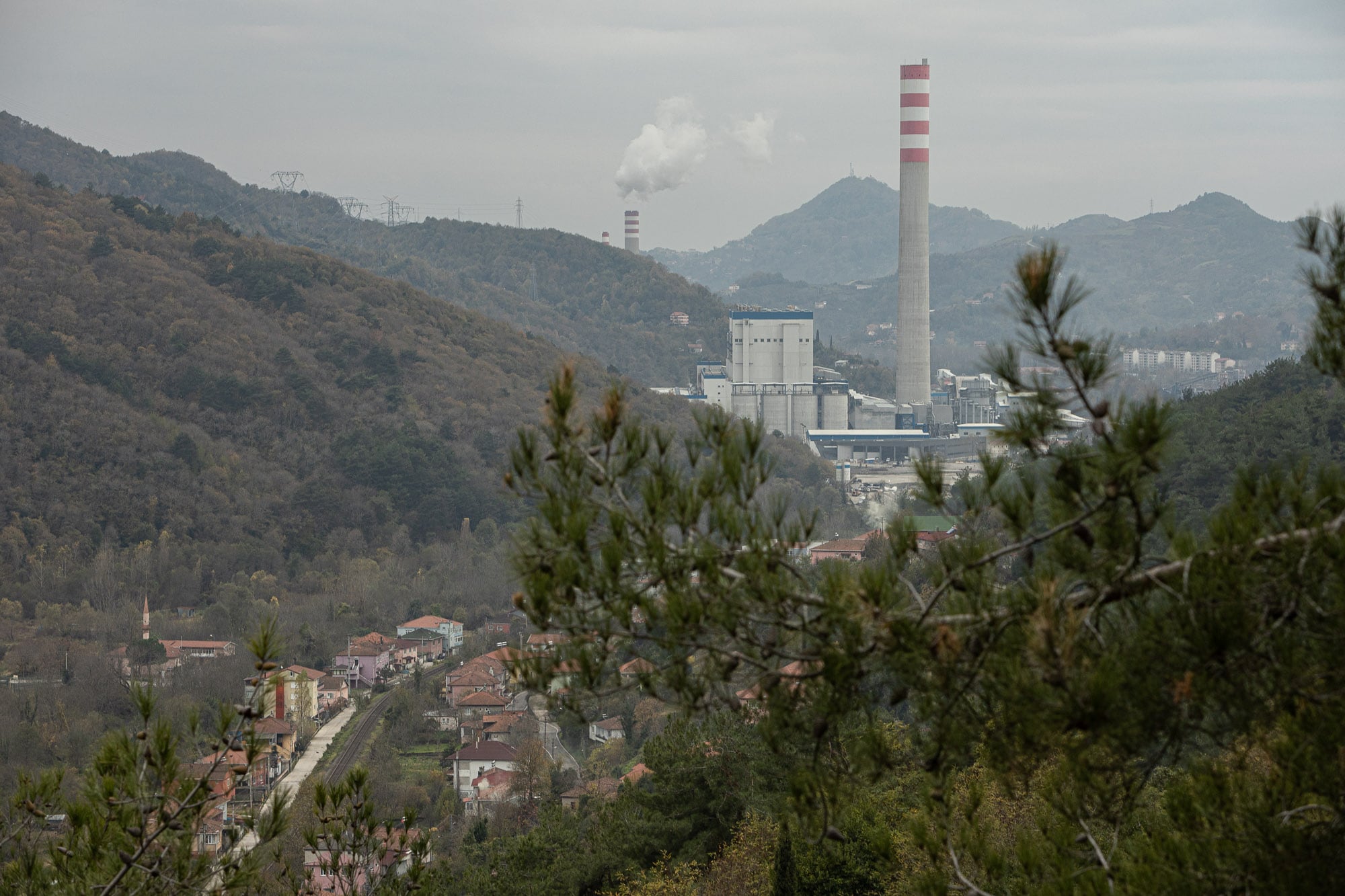 The good people of Muslu: 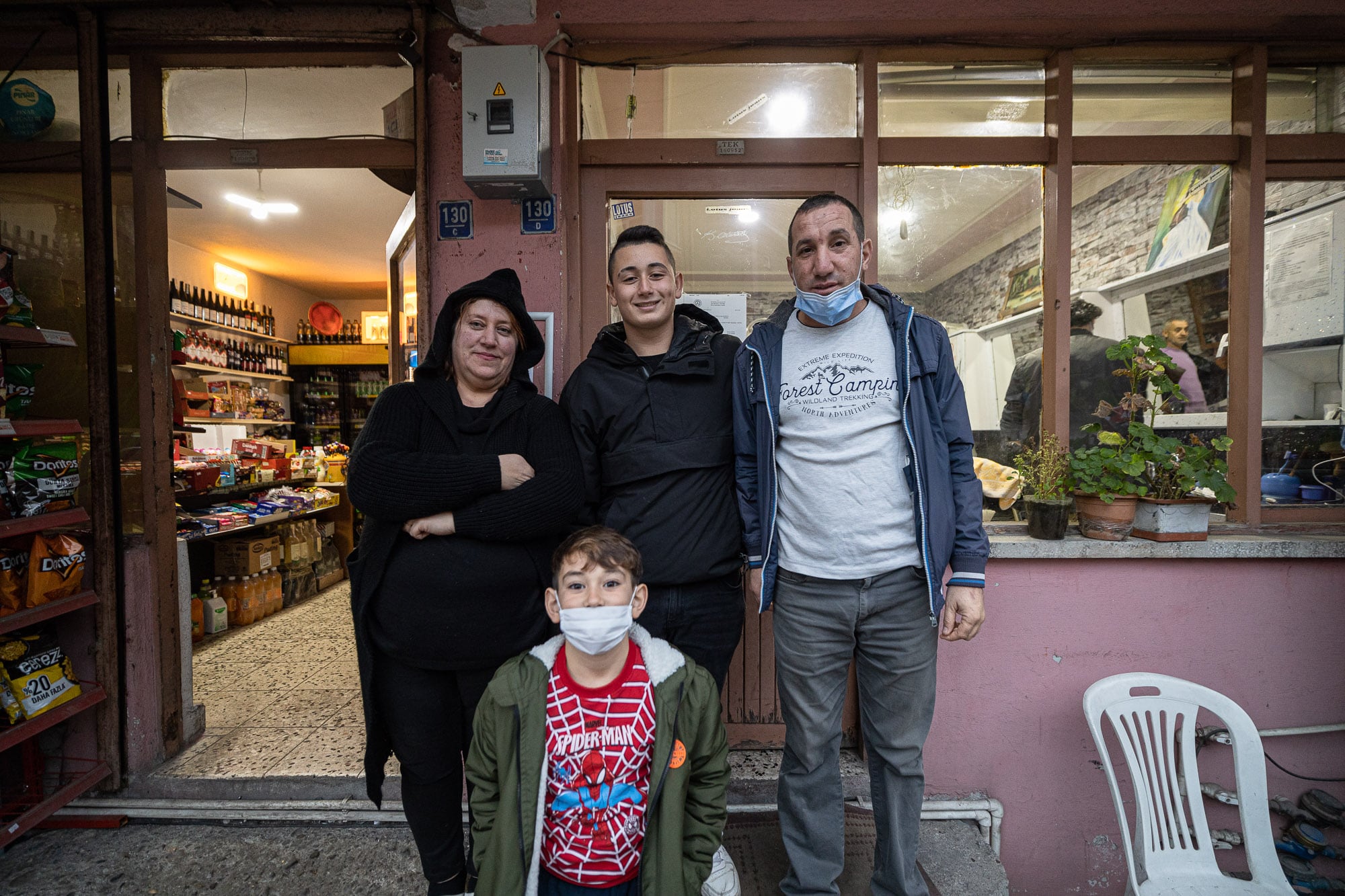 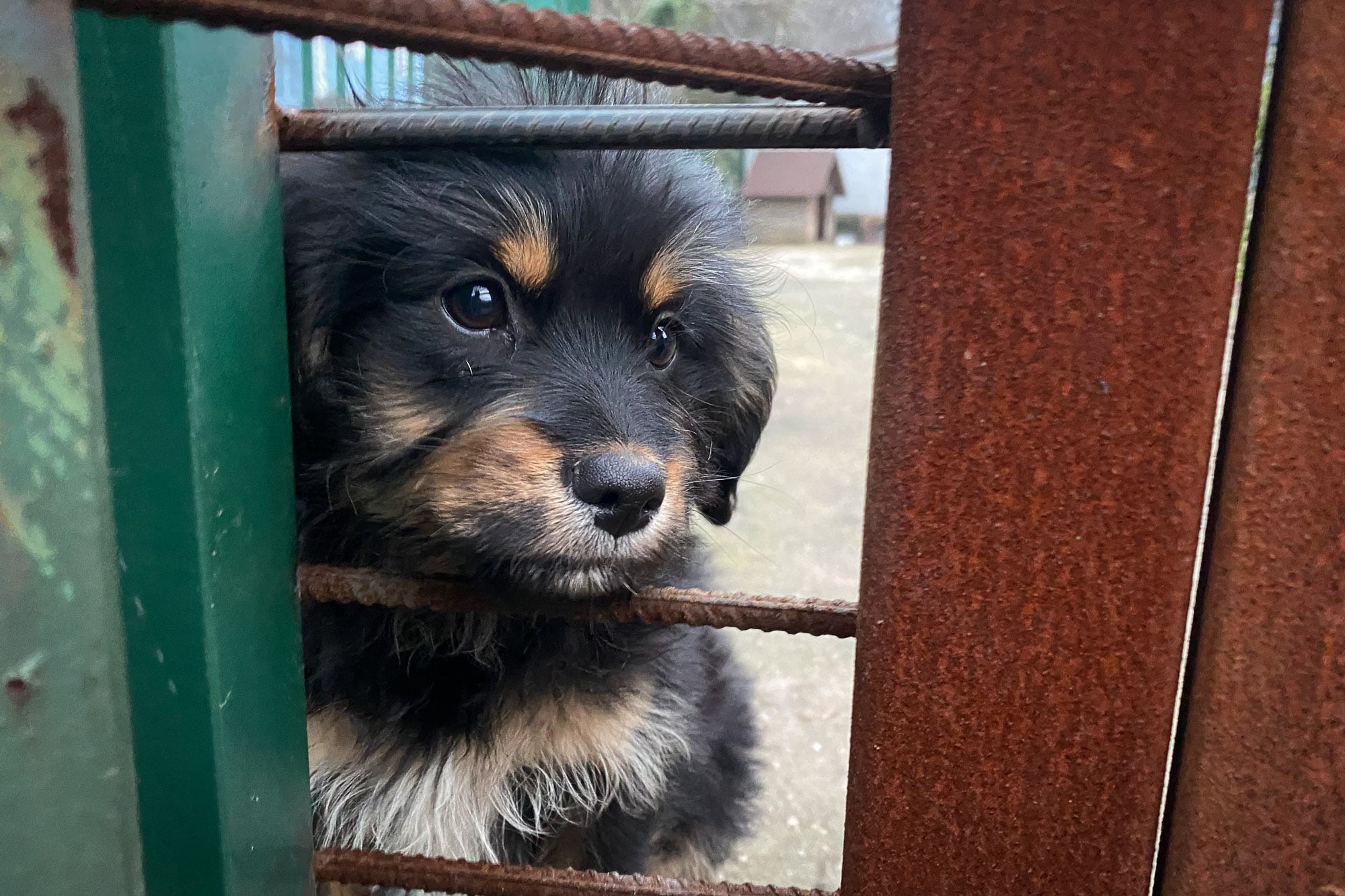 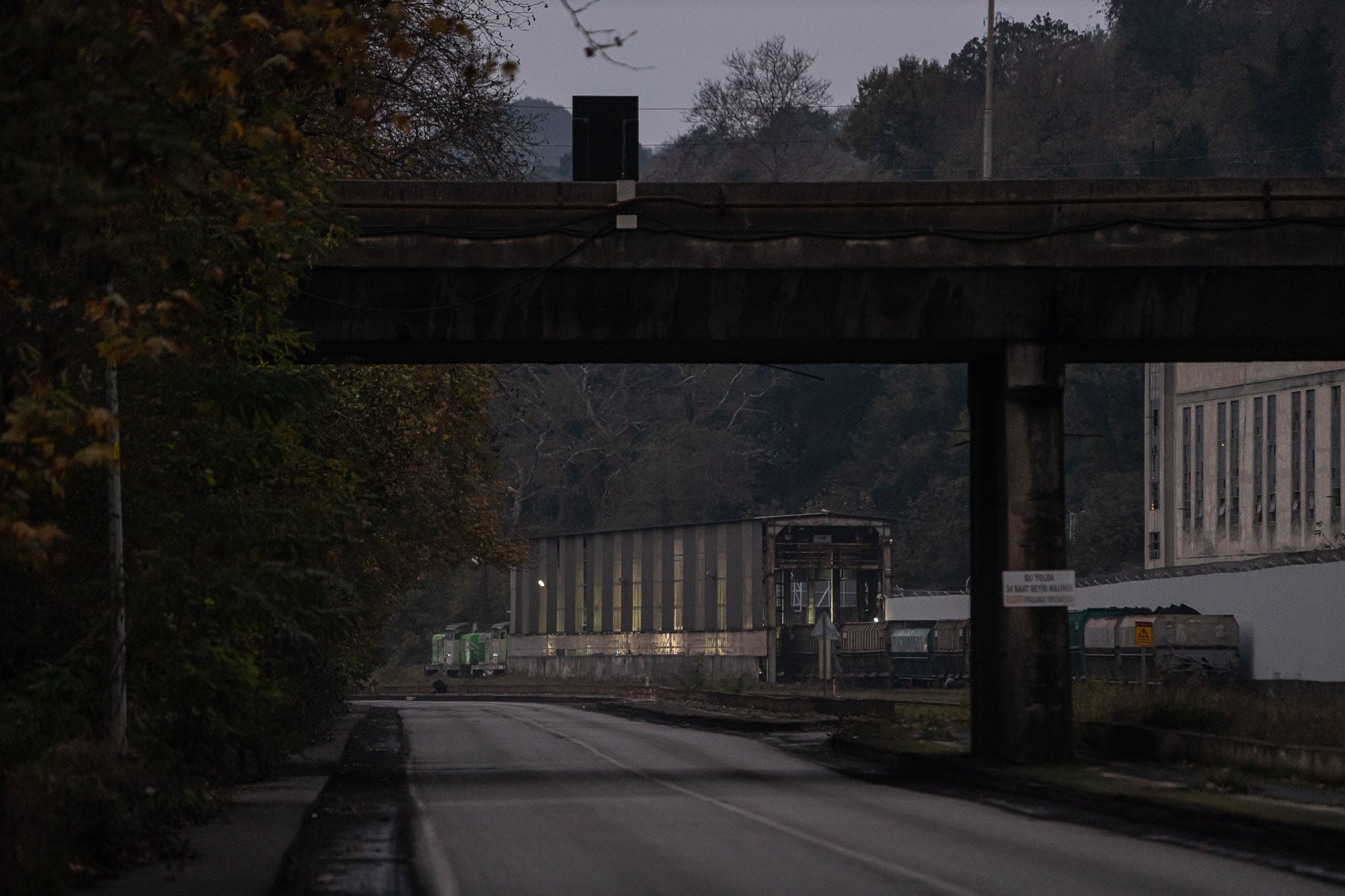