This post is about a walk from Bartin to Mugada. I end up finding a place of light in almost total darkness.

In the morning I had another long conversation with the lady who owned the hotel. There was tea and gossip from both Germany and Turkey, and I couldn’t stop listening. When I left Bartin it was early in the afternoon.

I didn’t notice the heaviness of the sky until I had passed the city limits. There were no visual and acoustic distractions on the country road, and everything seemed grey and muffled.

And I felt weak.

I didn’t know if it was just my mood, or the lack of sleep, or if something was wrong with me, but I felt tired and listless. I walked and I walked through the greyness, and it felt like a chore more than anything else.

At some point I started looking for a place to take my daily selfie. I noticed that there were some weird trees that were absolutely naked except for some round orange fruits hanging from their twigs. They almost looked like Christmas balls. I decided to pose in front of one of the trees for my selfie, which was when the owner came out. His name was Mustafa, and he seemed very amused by my interest in his tree. He gave me two of the fruits to try. They were persimmons.

I felt a lot less tired after this.

Another man, Jelal, was smoking in front of his outdoor bread oven. We exchanged a few pleasantries, and walking didn’t feel so bad anymore.

from darkness to light

When I got to the beach of Mugada it was already dark. The street lights of the last village had stopped a while ago, and I was walking in the dim light of my headlamp. There was supposed to be a campground at Mugada, but when I got there it was closed. There were two angry dogs. I could hear them, and I could see their white shapes and reflecting eyes when the light hit them. They didn’t seem dangerous, but they didn’t make me feel very welcome either.

I stumbled through the darkness, wondering where I should pitch my tent, when I turned a corner and suddenly walked into a place of light. I had arrived at a café, and it was open! Did I need anything, the owner asked me. His name was Metil, and he knew all the places in Turkey that I had walked through.

A half hour later I was having soup and french fries and my stuff was in a little room upstairs.

Bartin from a distance: 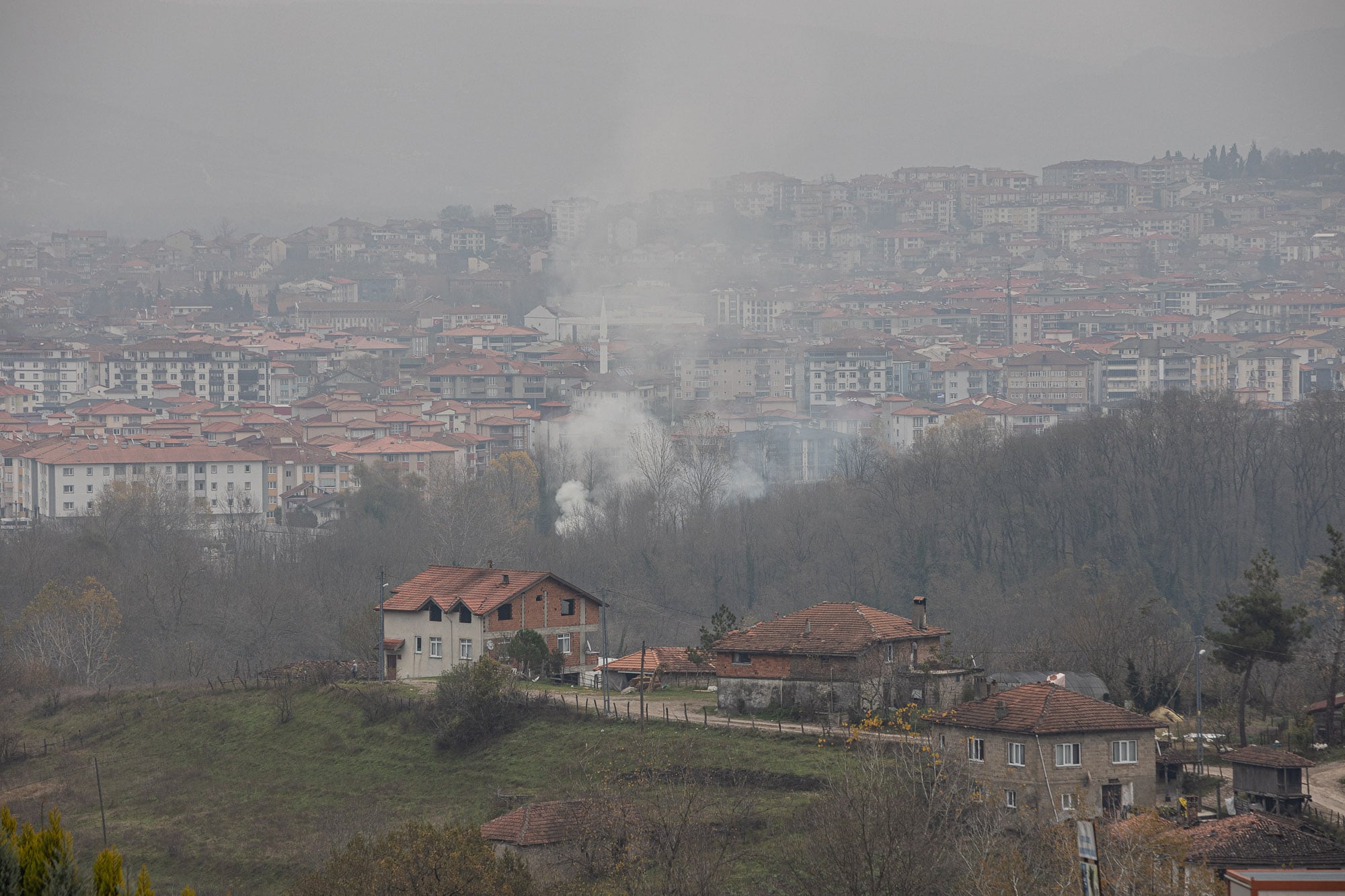 Cow between Bartin and Mugada: 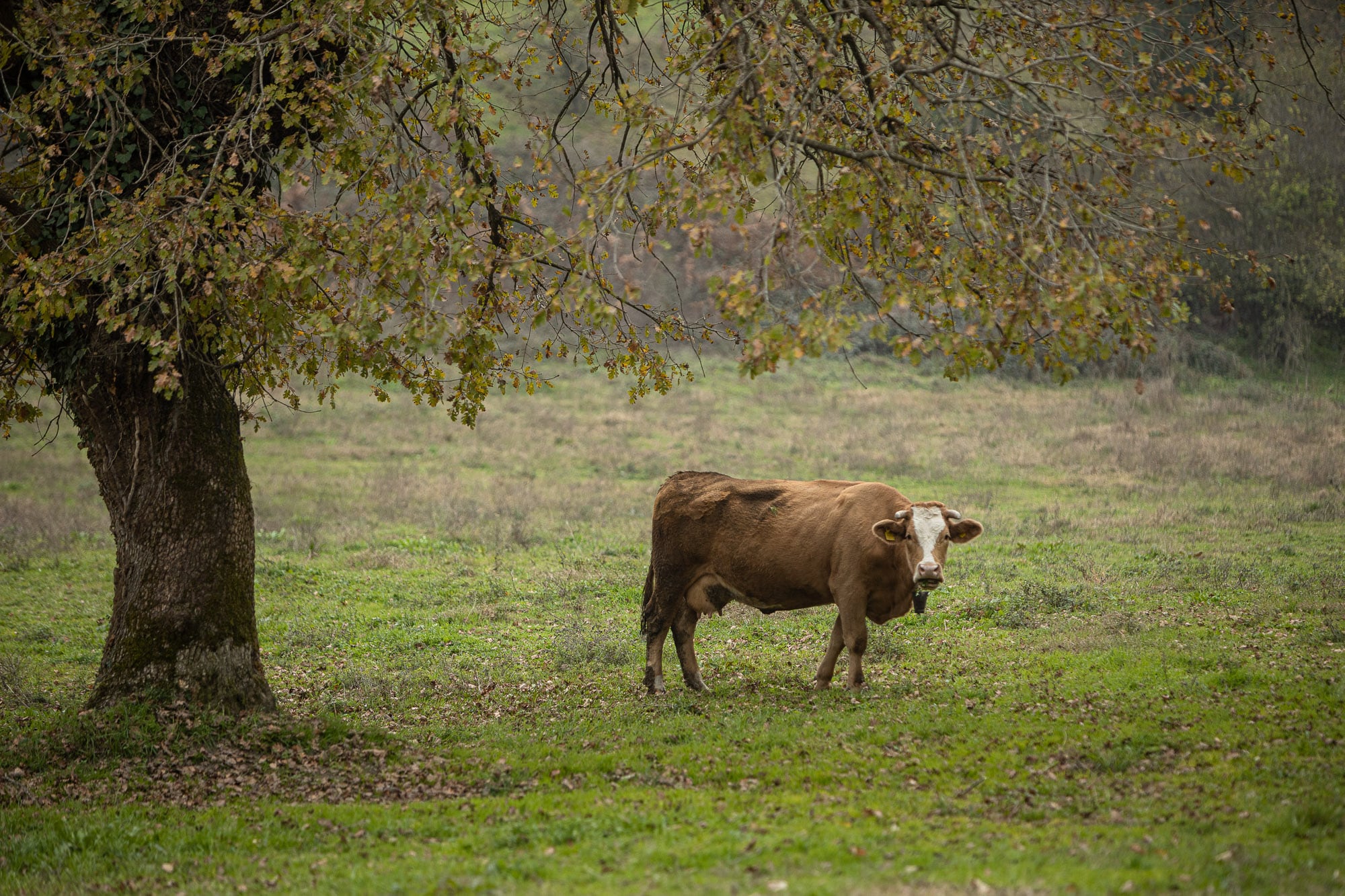 Persimmon fruits on a tree: 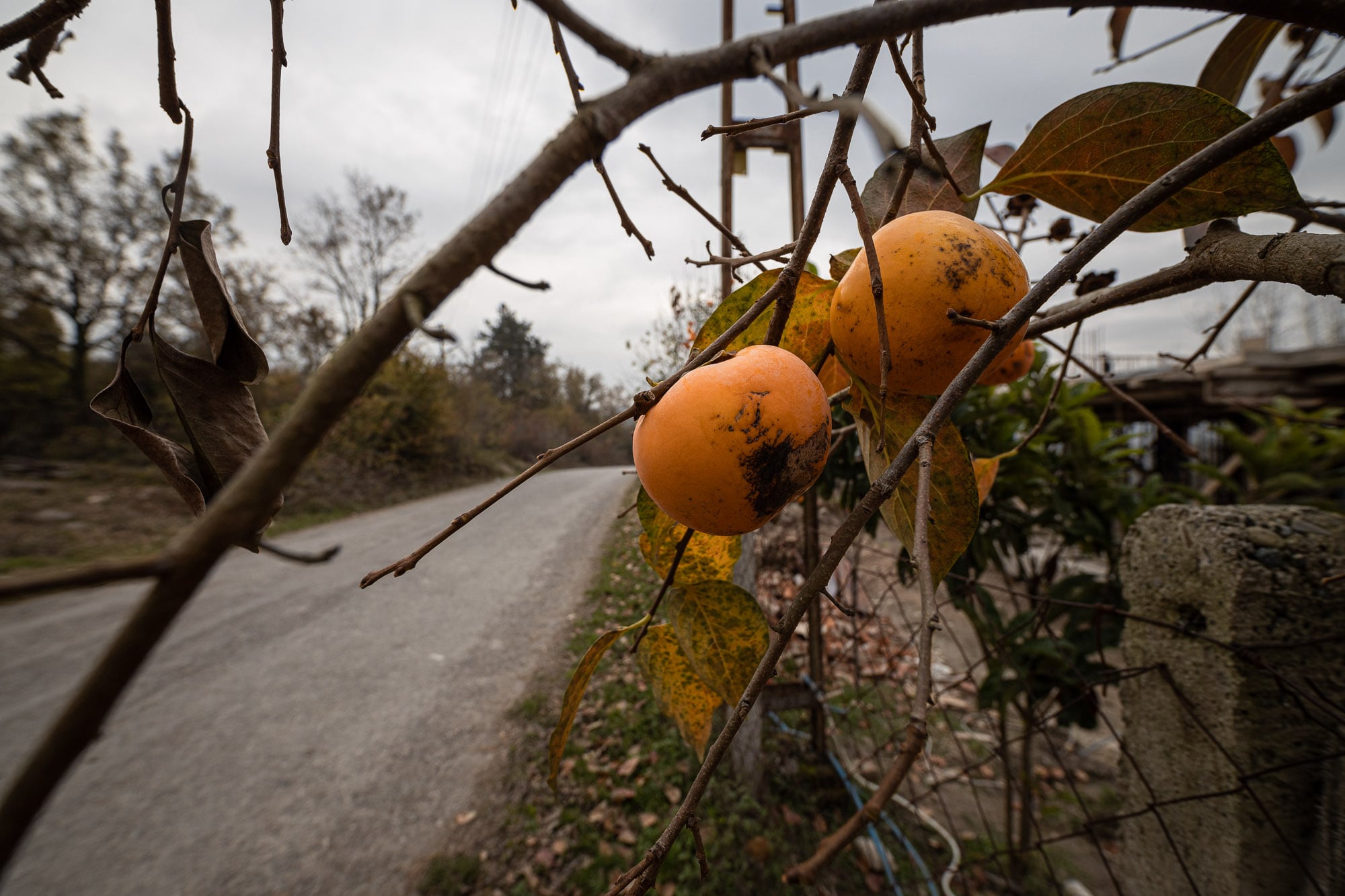 Mustafa in front of his house: 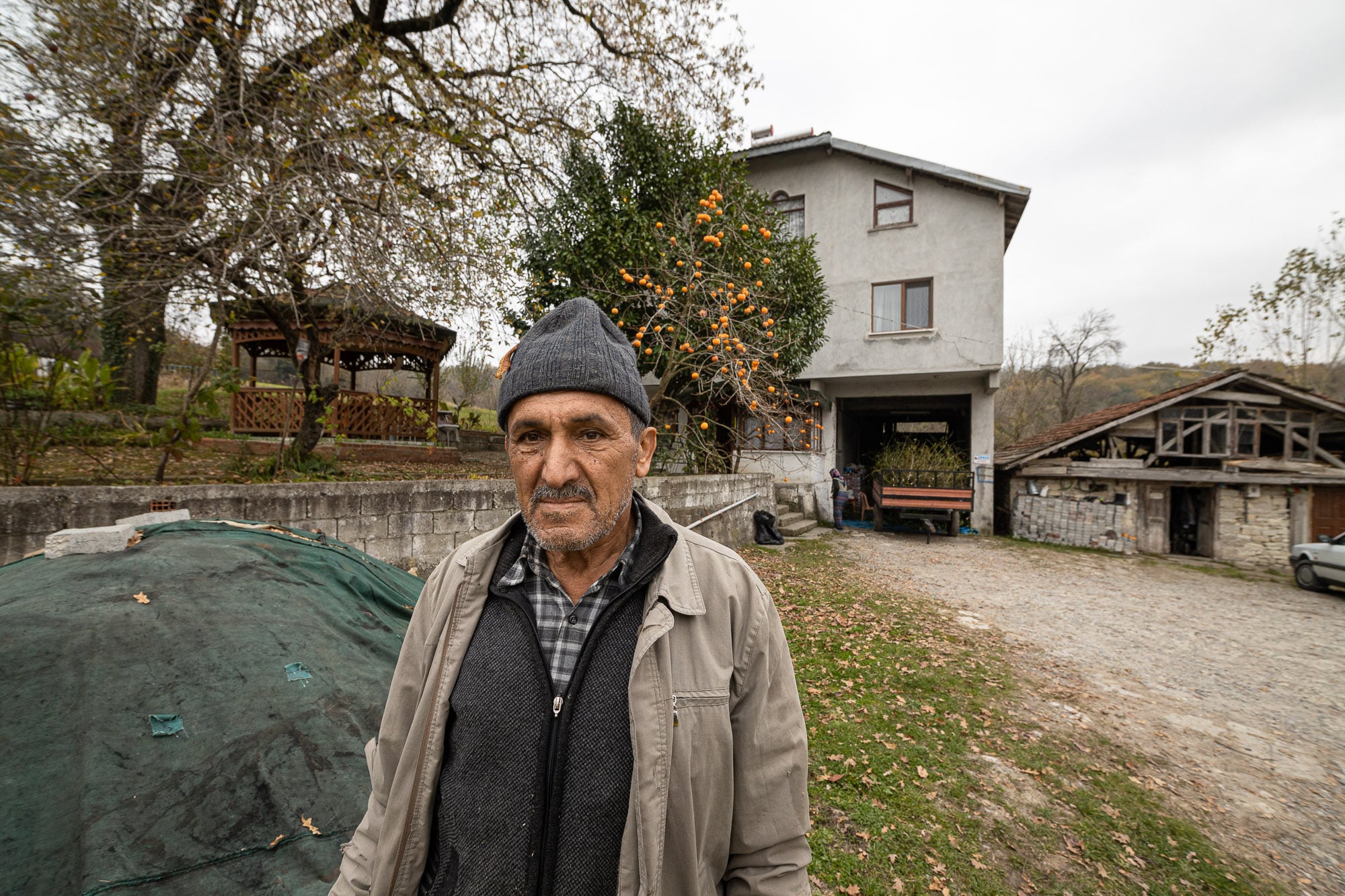 Jelal with his bread oven: 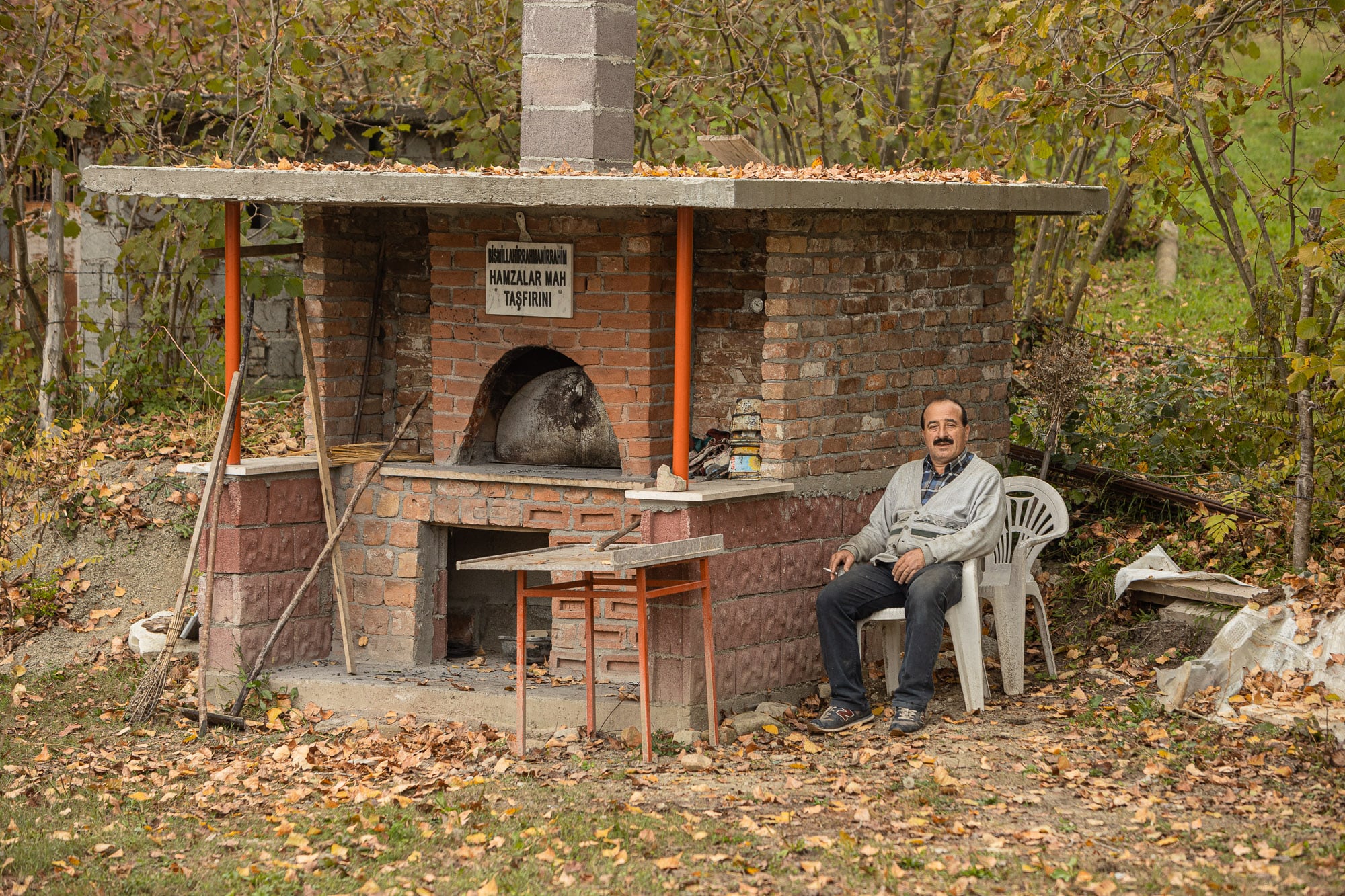 The road to walk from Bartin to Mugada: 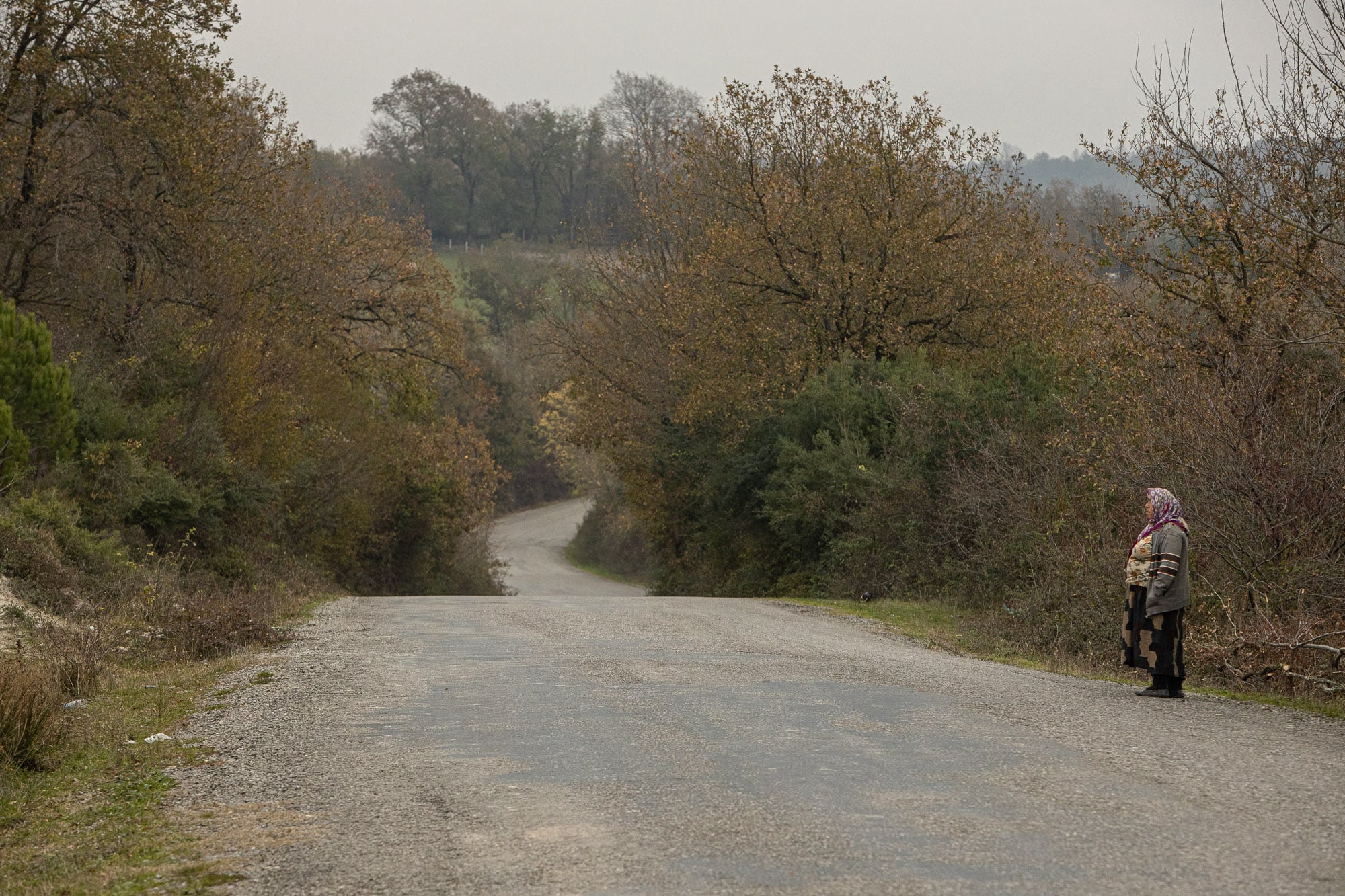 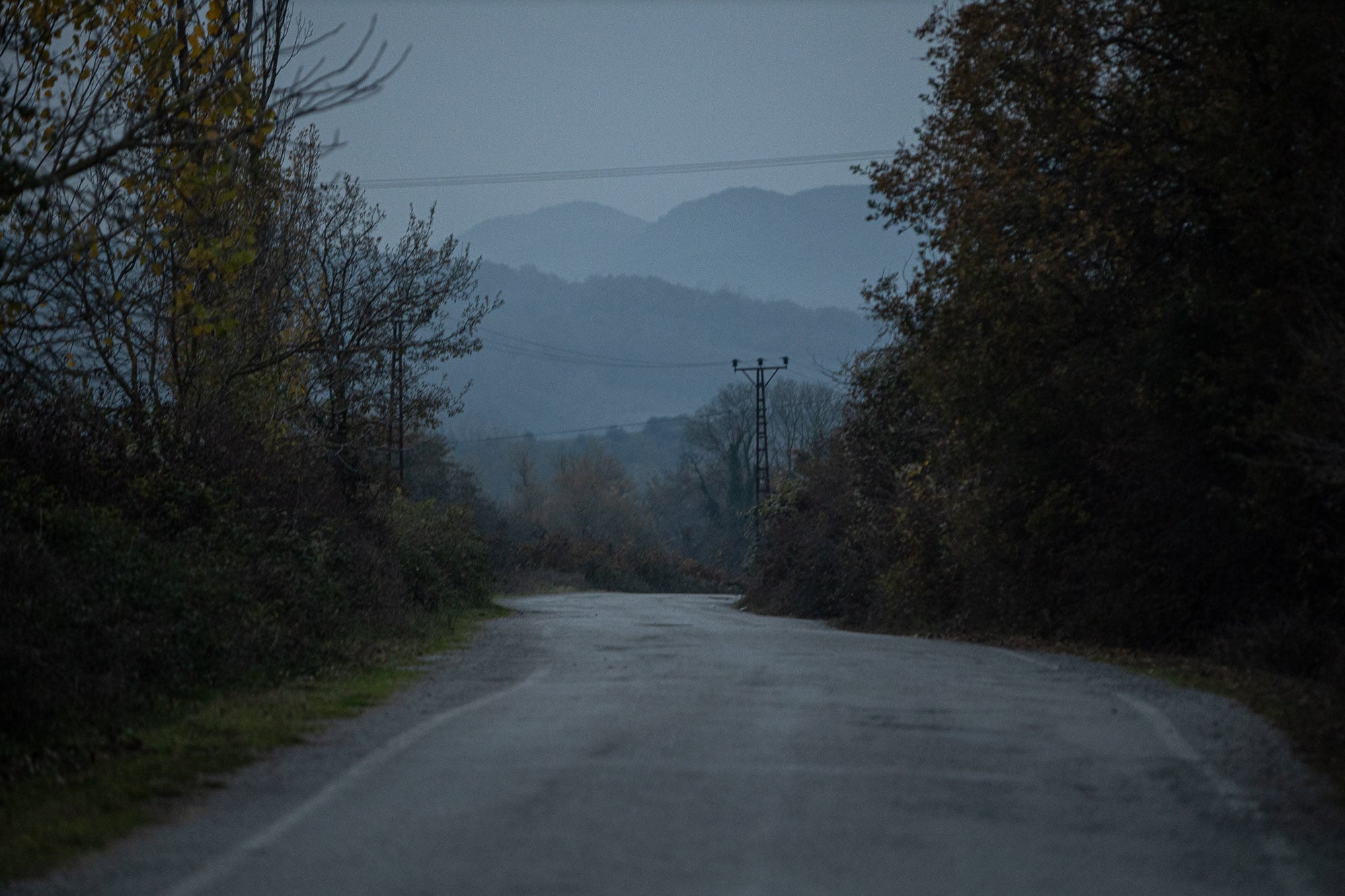 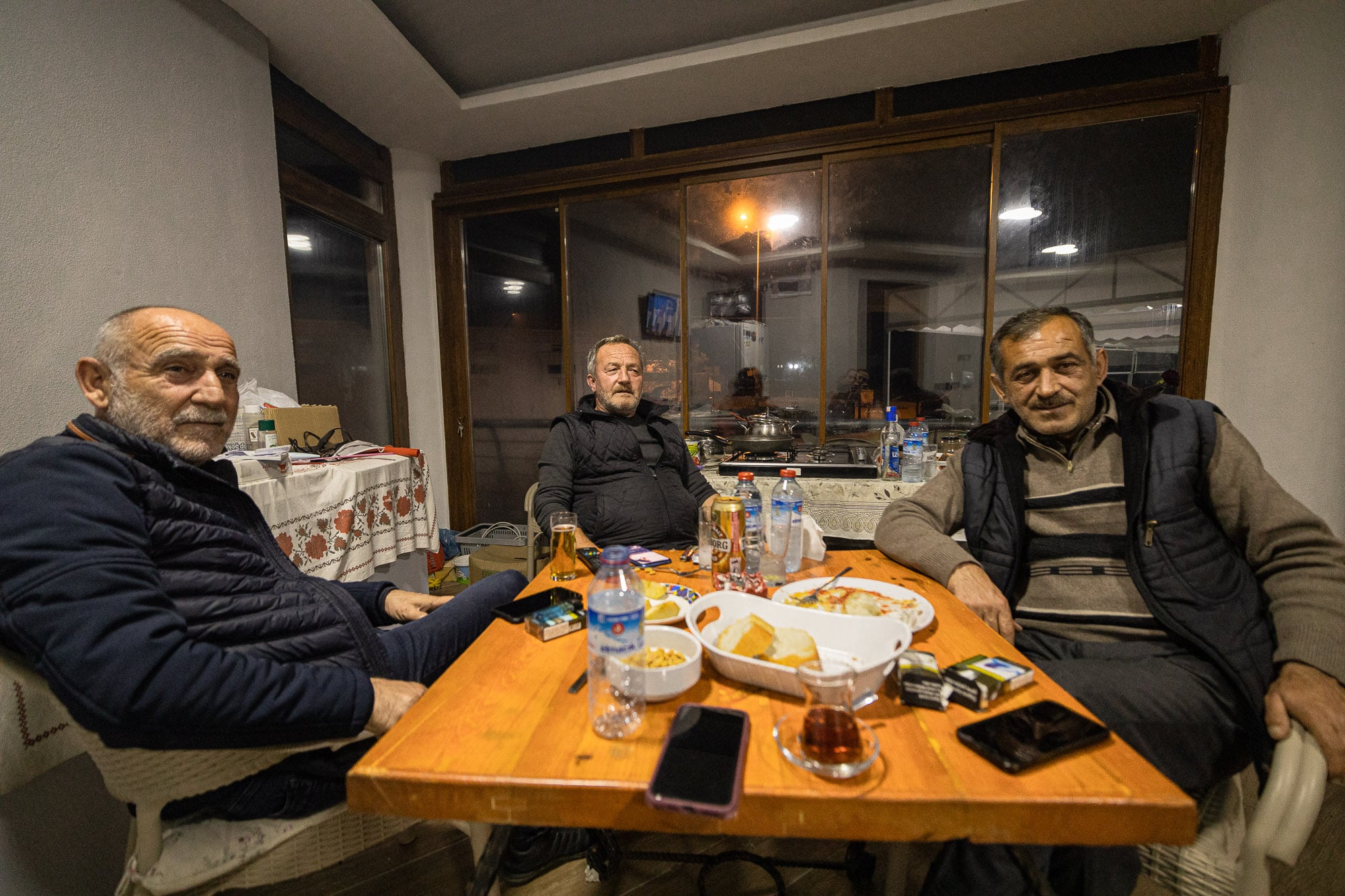 Day 1552
from Bartin to Mugada