This post is about a walk from Mugada to Filyos. I tried to take a shortcut across a bridge, but some men in uniform turned me away.

When I went downstairs to the café I stepped into a world of warmth. Metil was making soup and tea, and the windows were completely fogged up. Outside, the rain was coming down.

What if I have to stay another day? I asked Metil.

I left at eleven, after the rain had stopped for a little while. A bunch of dogs from the beach followed me for a few kilometers, then they let themselves fall back a little, and then they were gone.

The day was very quiet. There was a car every few minutes, and that was it. Everything was covered under a thick blanket of clouds.

Sometimes the clouds opened and let down some rain. Whenever that happened I took refuge in bus stops or under overhanging roofs.

One time a guy delivering bread stopped for a chat and gave me two loafs of bread. How am I supposed to eat all that? I thought. But then I also still believed that I would stay halfway dry for the rest of the day.

not dodging the rain

The walk from Mugada to Filyos wasn’t supposed to be very long. Metil and his friends had told me about a shortcut. There was a bridge across a river near the port of Filyos. It wasn’t on the map, but you could see it on satellite imagery. They told me to take that bridge, it was the most direct way to Filyos.

I decided to give the bridge a try. But I also wanted to make sure to not end up having to walk all the way back, so I asked as many people as I could if there really was a bridge and if I could walk across it.

Then the clouds broke again, and this time I had nowhere to hide from the rain. My legs and feet were soaked as I walked the last few kilometers in the direction of the bridge.

Being wet didn’t matter anyway. The closer I got to the bridge, the more mud there was on the road, and the more construction trucks were clawing their way through the mud. I felt very small with my Caboose.

Then, suddenly, the asphalt started again. I decided to rest in a bus stop and have one of my two loaves of bread, along with a bag of beans.

Two men appeared. They had been huddling around a fire at the start of the asphalt road. They looked like they were wearing some kind of uniform from a private security firm.

“Show me the pictures on your phone!” demanded one of them. I showed him. It was a bunch of roads and dogs and landscapes and flowers.

“Where are you going?” the other one barked.

I told them I wanted to cross the bridge.

Why, I wanted to know.

the bridge I was supposed to take

In this moment a villager with an umbrella walked by and started arguing with them. From his gestures and the few words I could make out I understood that he thought they were bullshitting me.

You want me to go all the way back to the next bridge? I asked them. That was 10km extra.

I looked at the map and told them that the bridge they wanted me to take looked like a railway bridge.

“Yes, yes! But you can walk there!” they insisted.

the bridge I ended up taking

I didn’t argue with them. I had learned to not show my anger and to not argue and to just let them get on with their lives. Their job was to huddle around a fire in the mud and treat people this way. What else could I wish upon them?

When I got to the railroad bridge, I could only see the railroad tracks and that was it. There was no walkable path next to them. Maybe there were no trains on these tracks? I wondered. But I decided to walk back to the next road bridge anyway.

Two hours later it was dark and I had finally crossed the fucking river. I was post-wet, post-tired, and post-angry. When I noticed an abandoned building and went there to see if I could pitch my tent in it, I startled a group of wild boars. They were big and fat and fighting amongst each other.

I decided to keep walking, and I’ll tell you about the rest tomorrow. 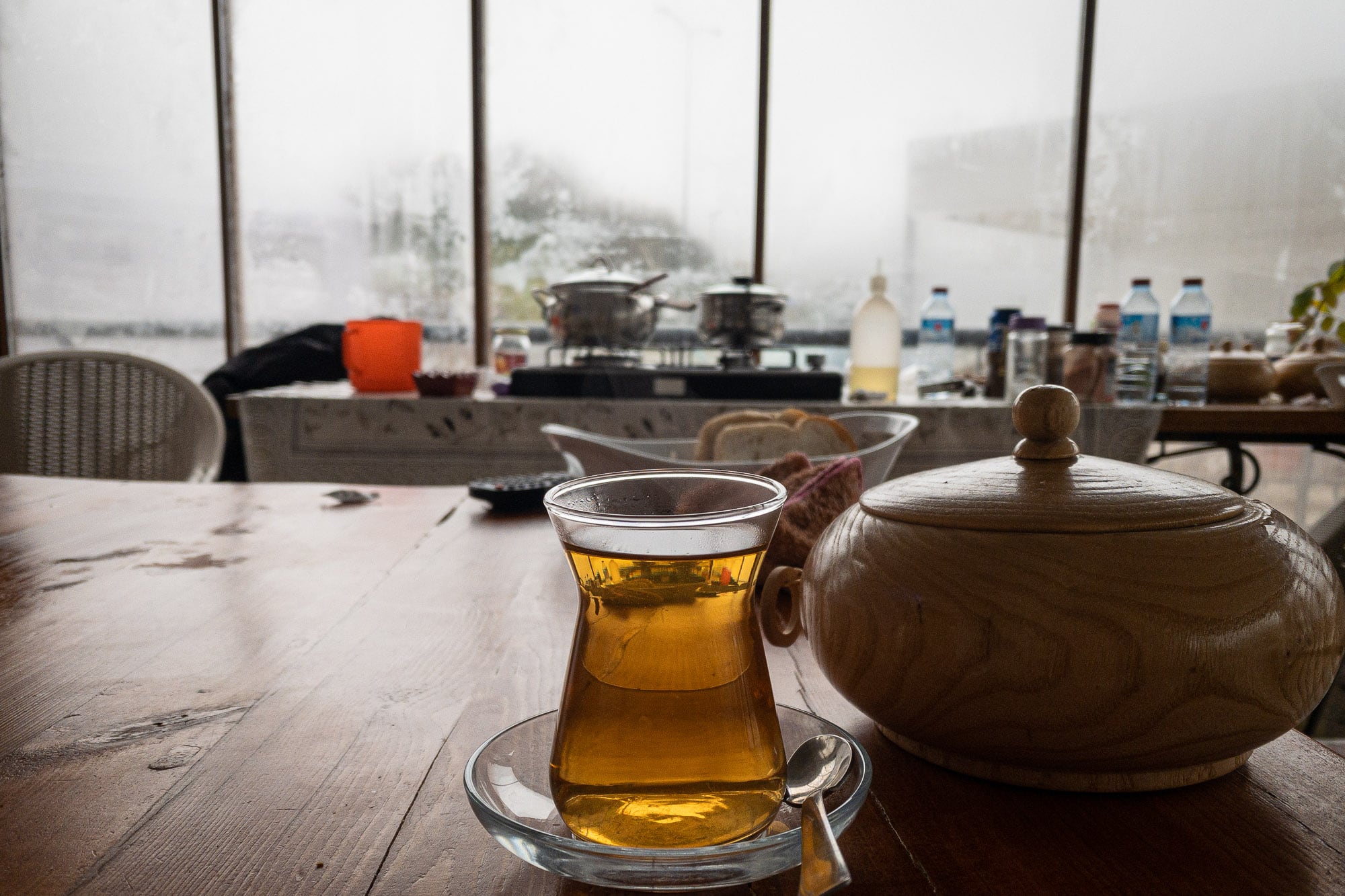 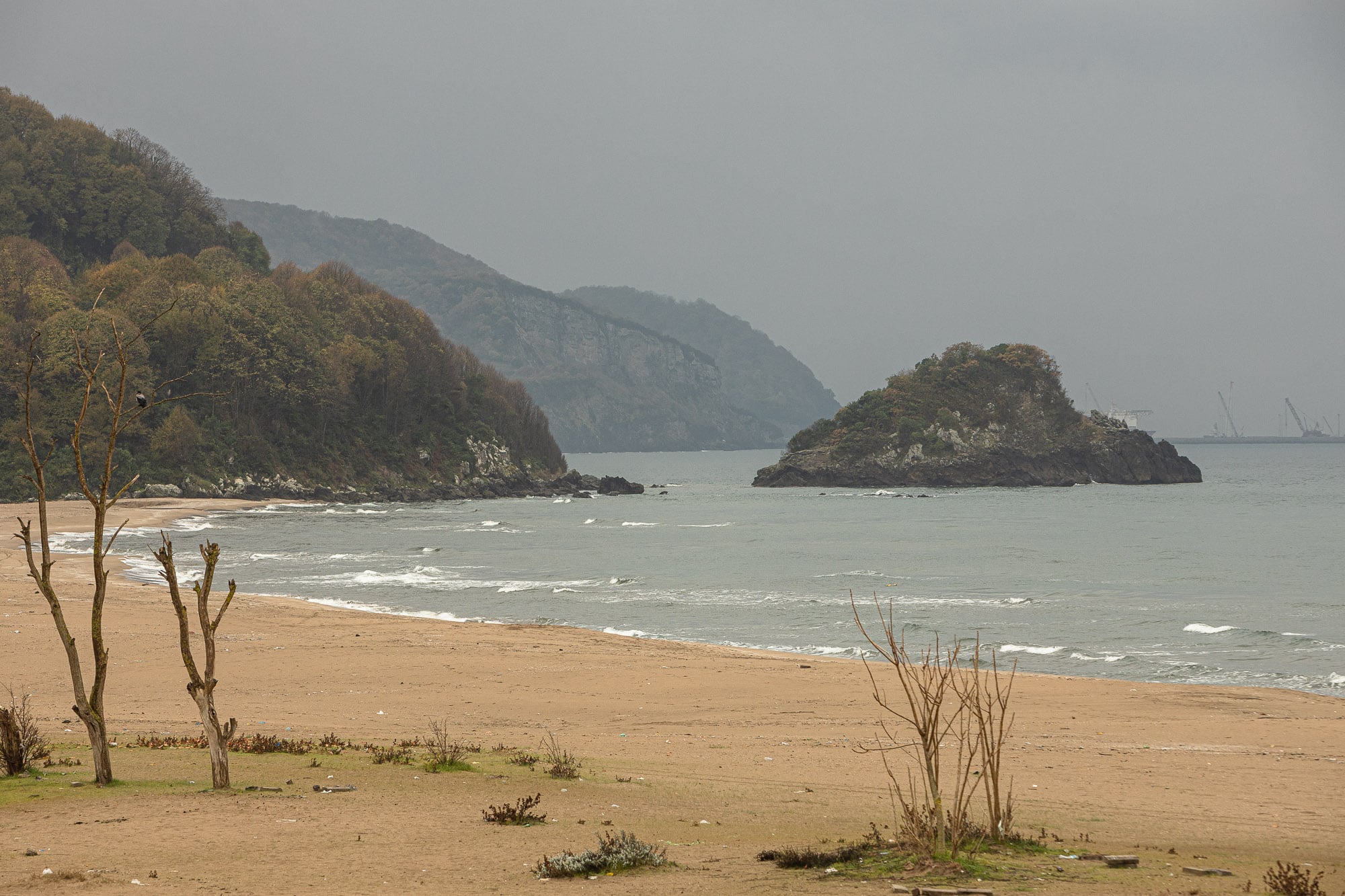 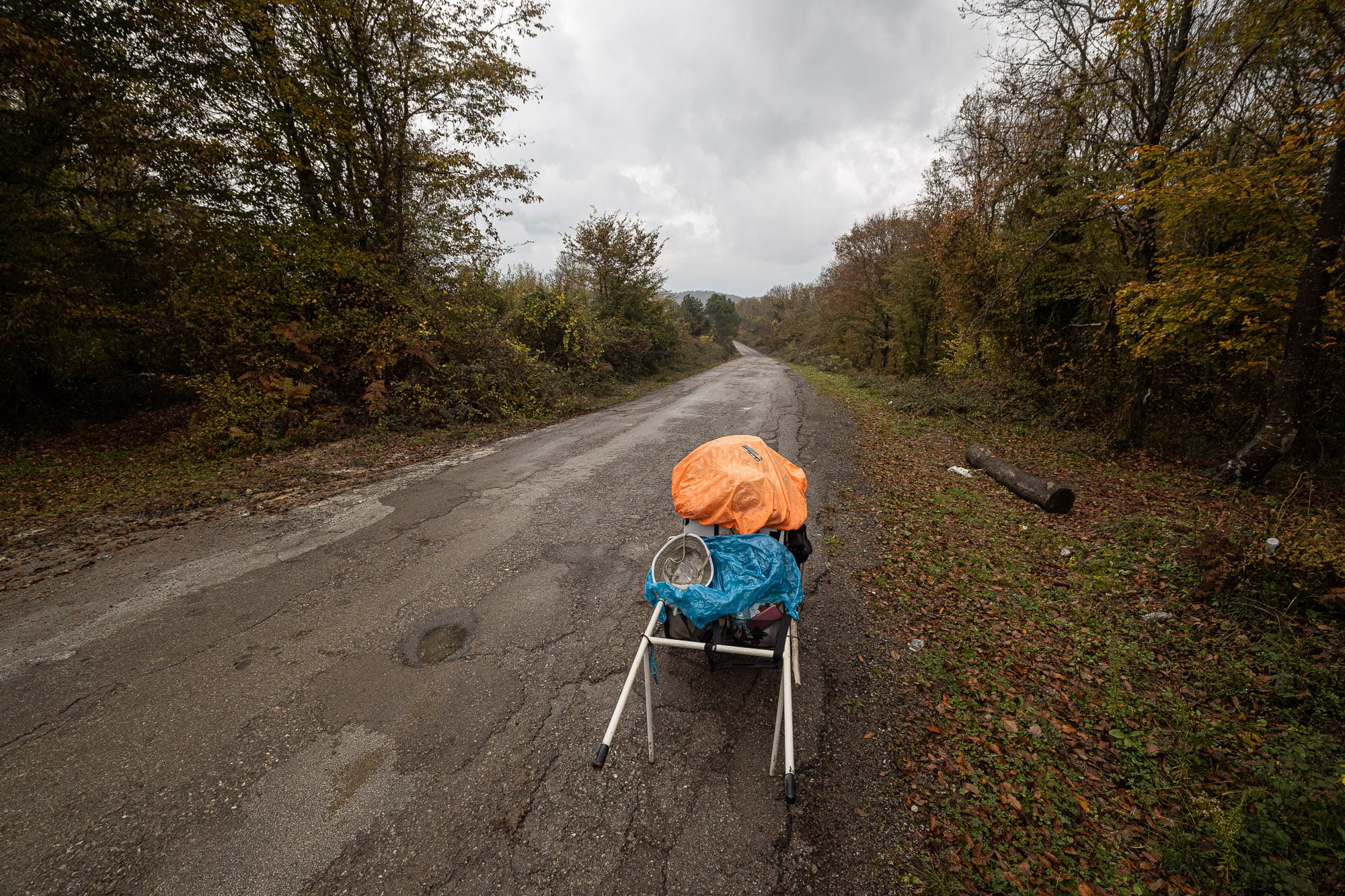 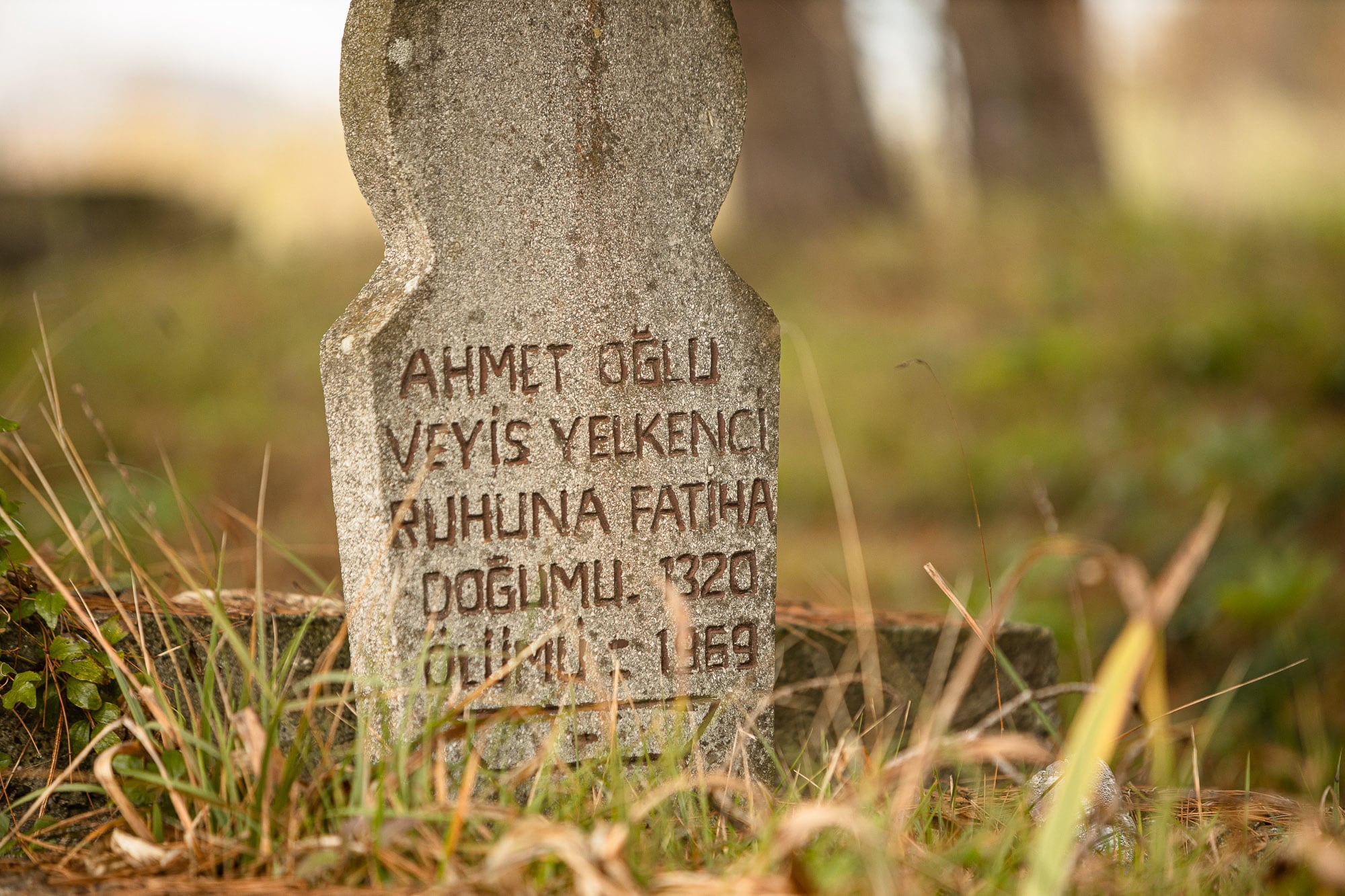 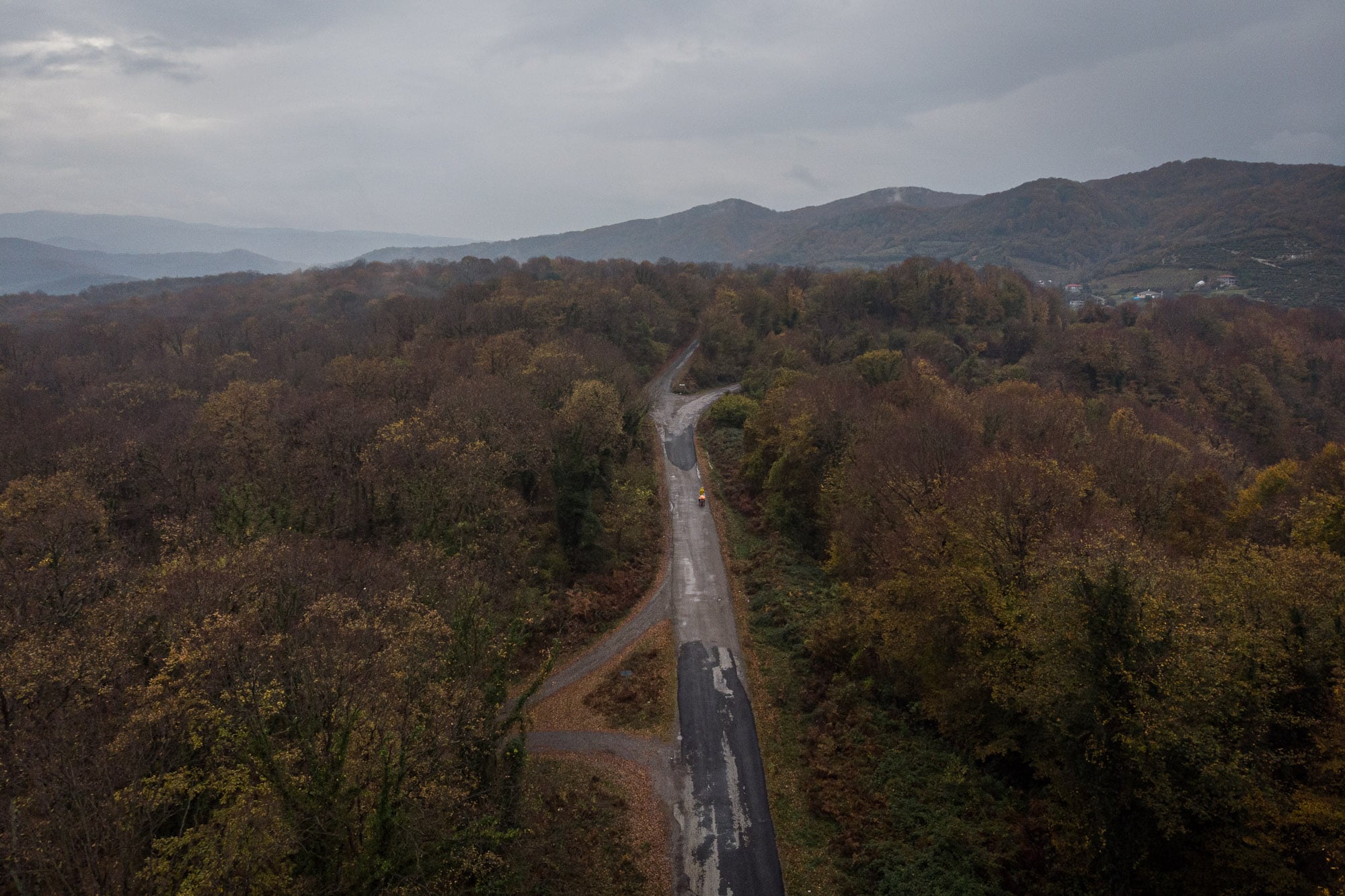 The most Turkish building ever: 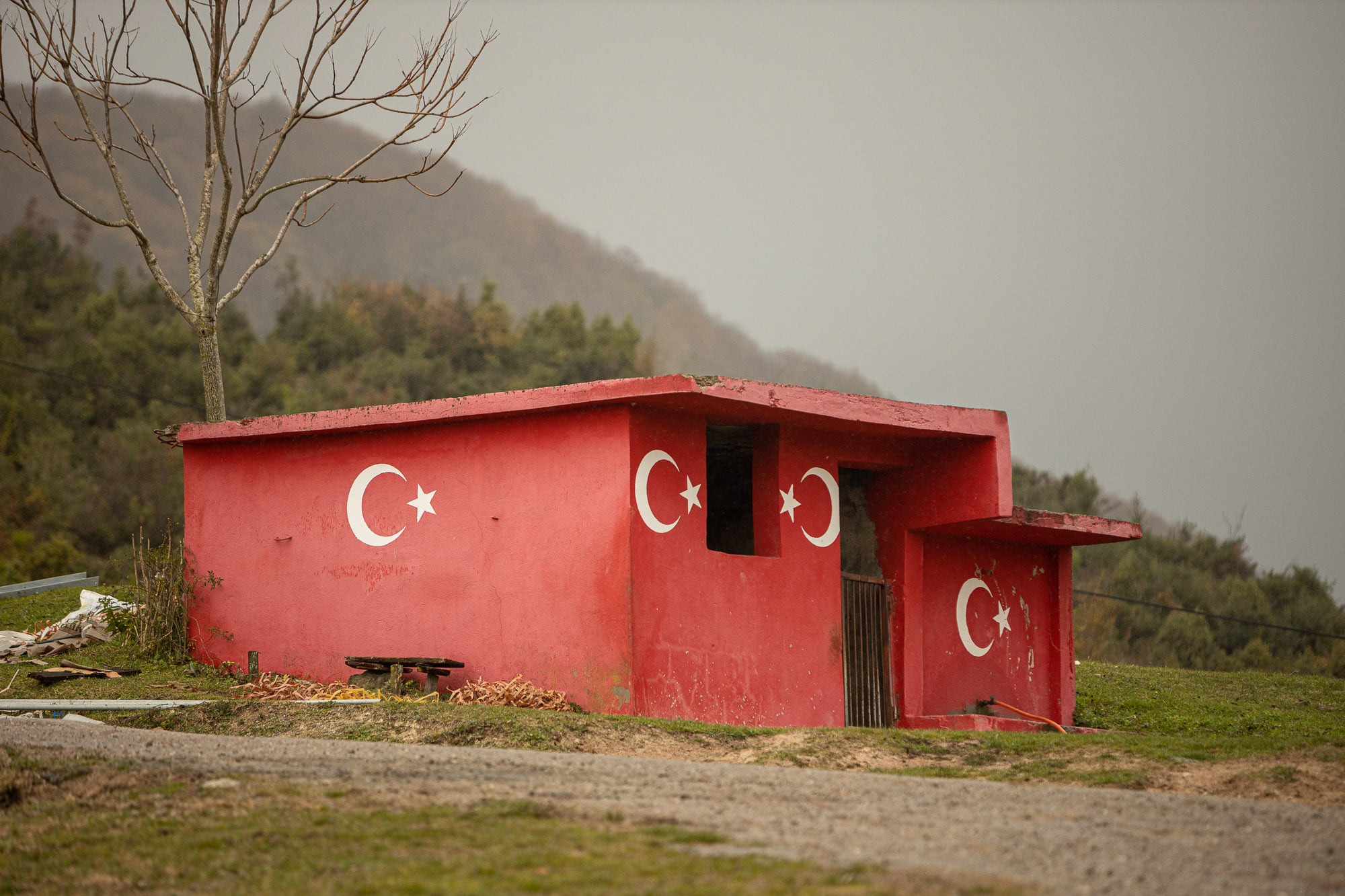 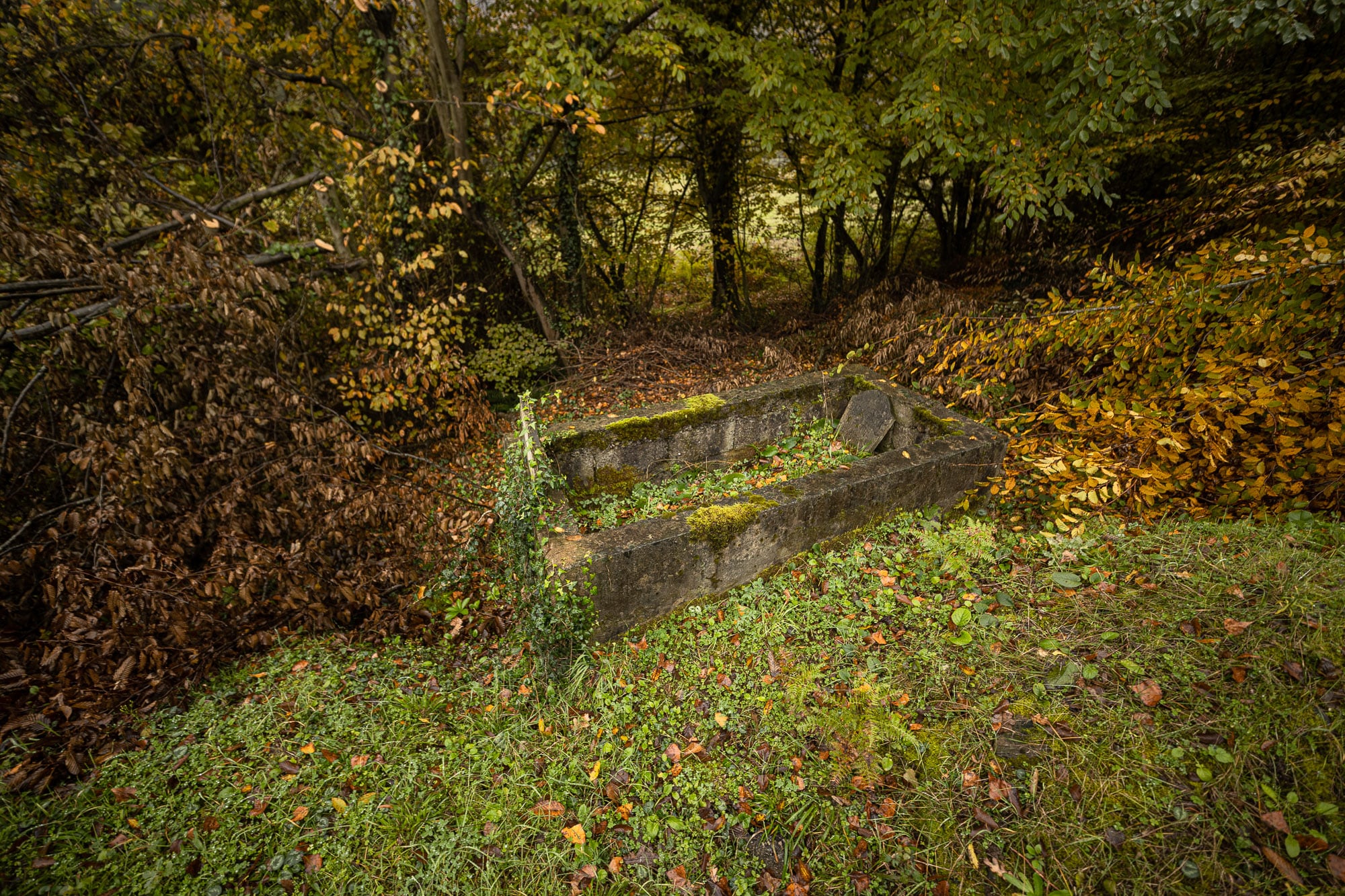 Bread and beans near the port of Filyos: 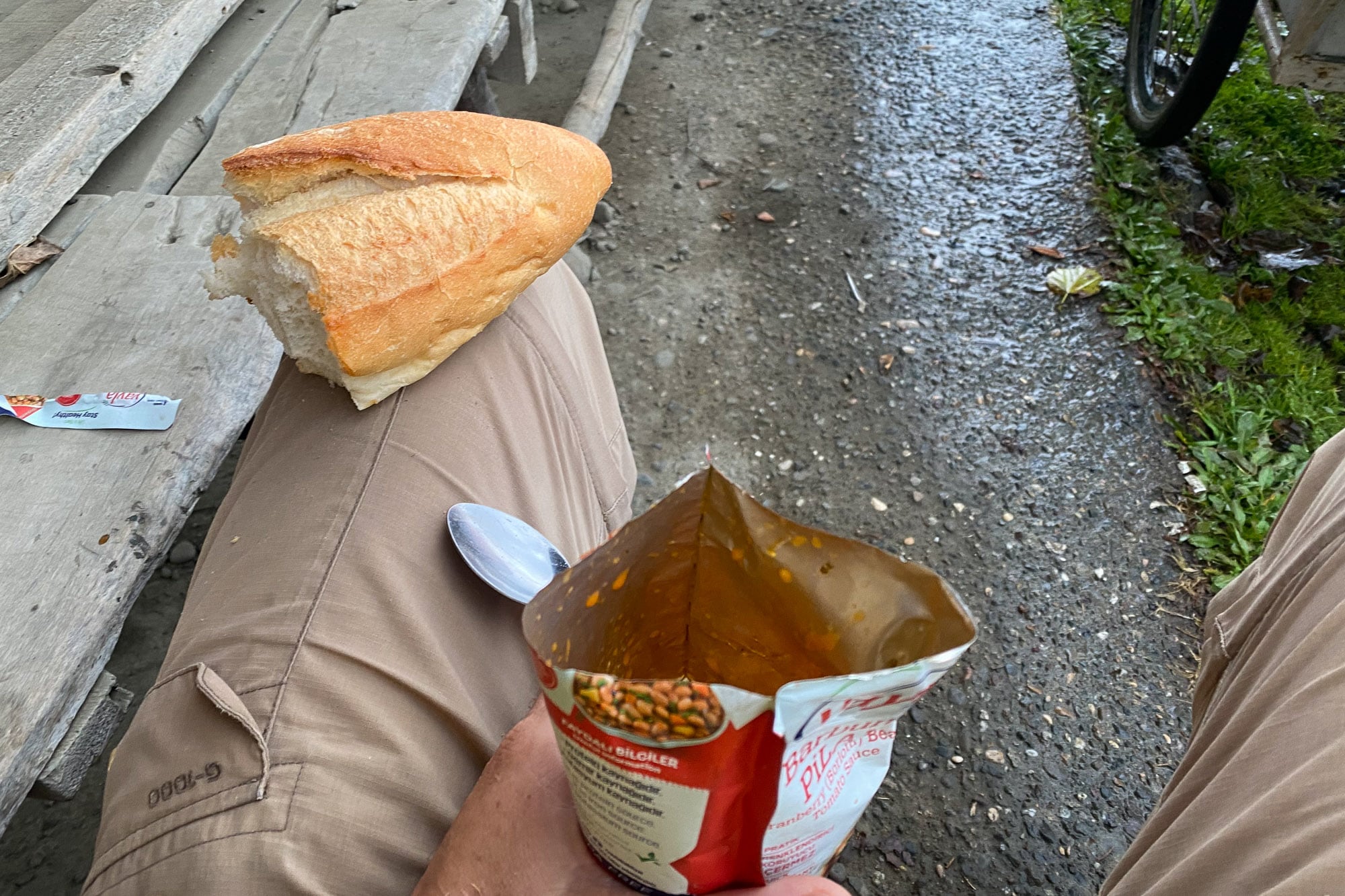 The road from Mugada to the railroad bridge that leads to Filyos: 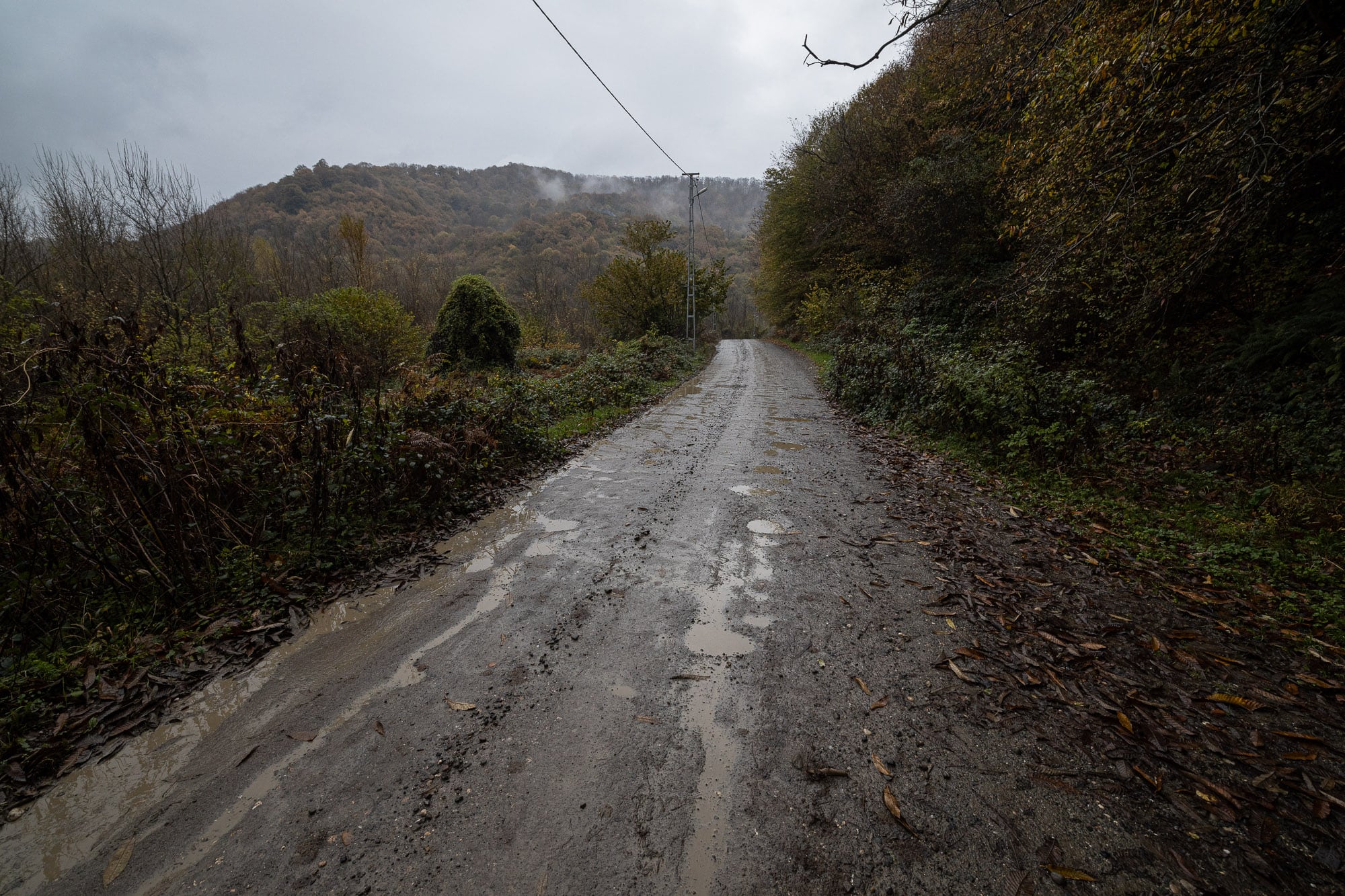 The railroad bridge at Derecikören: 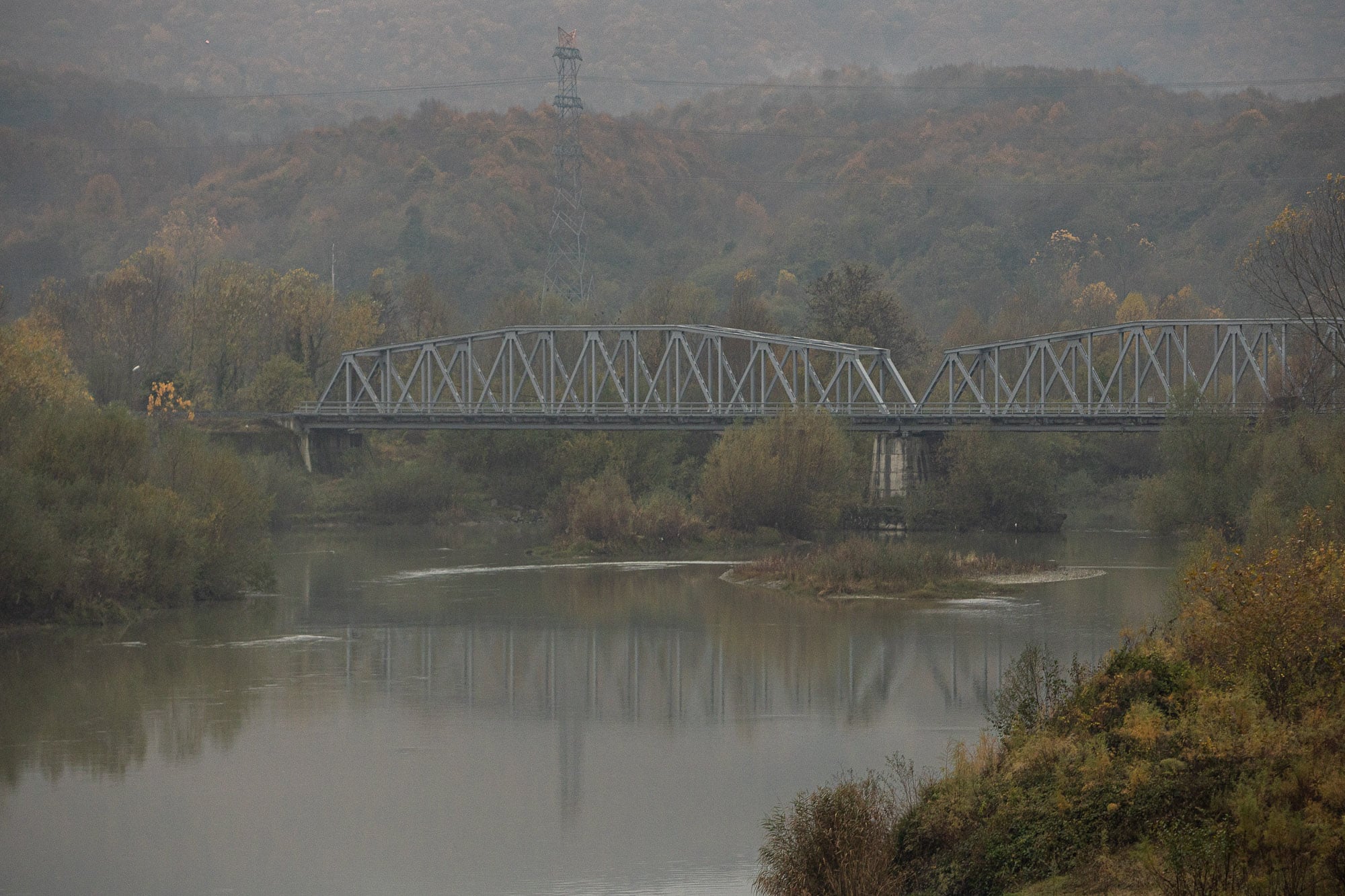 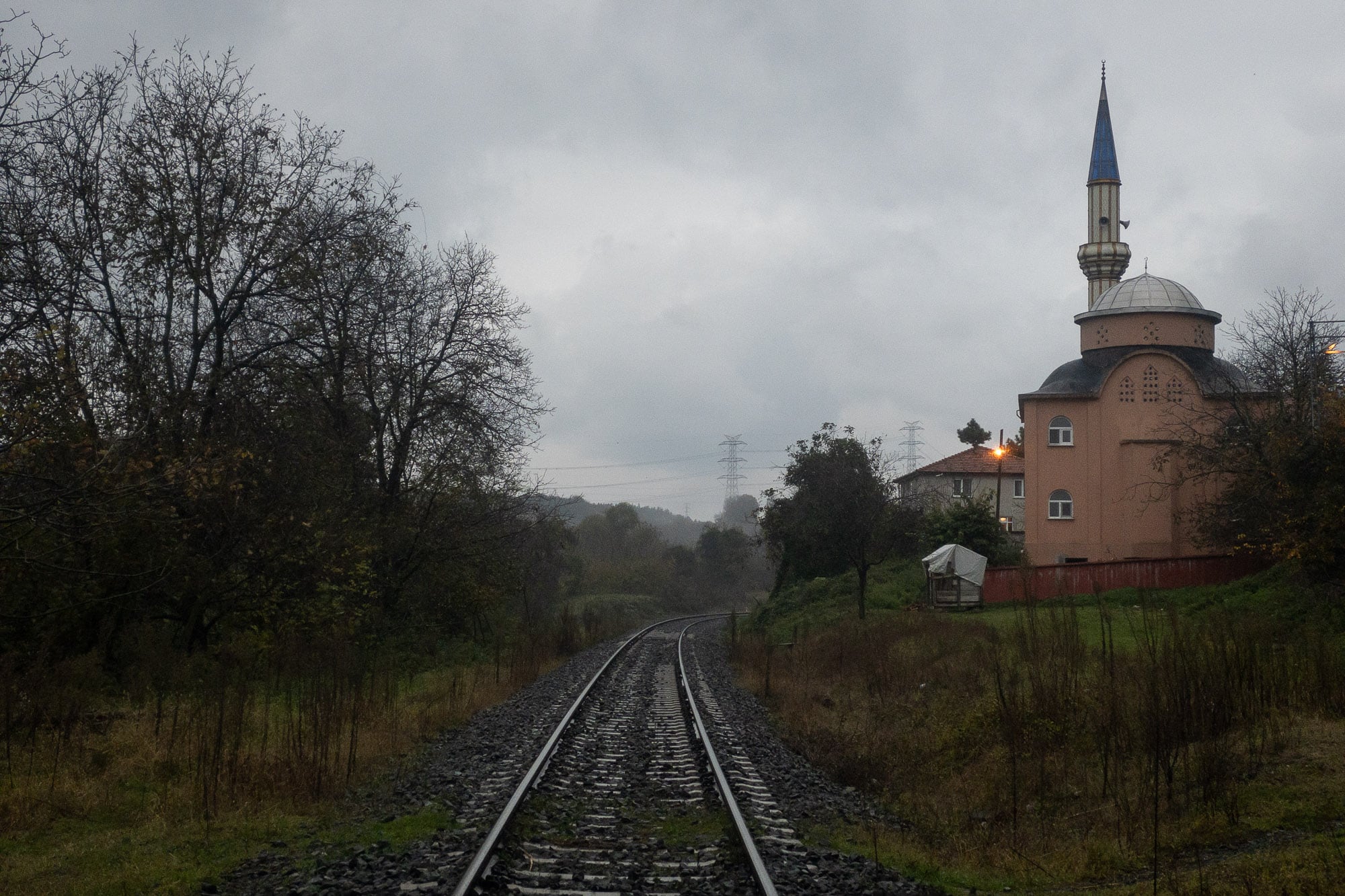 We were both flowers: 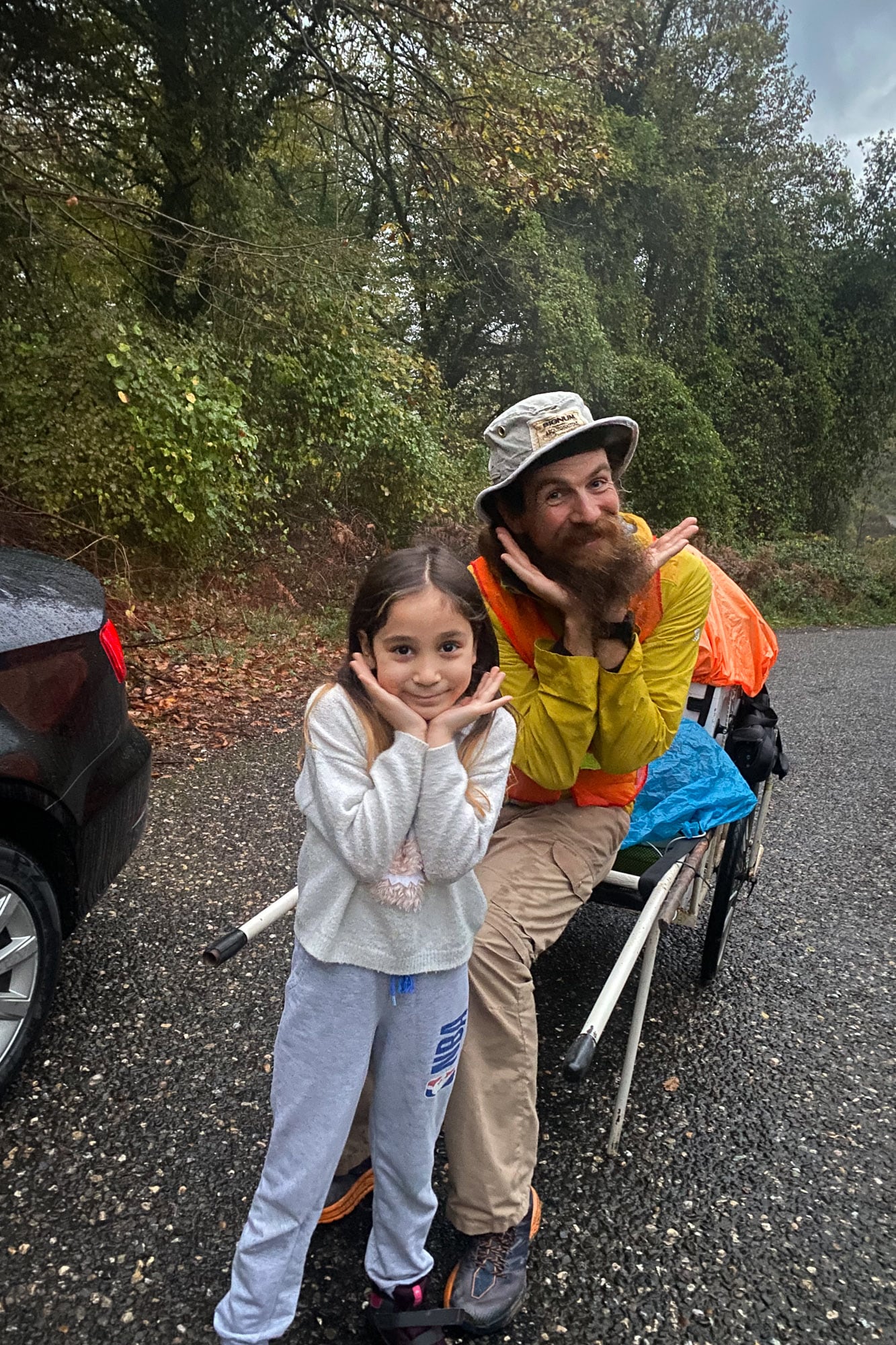 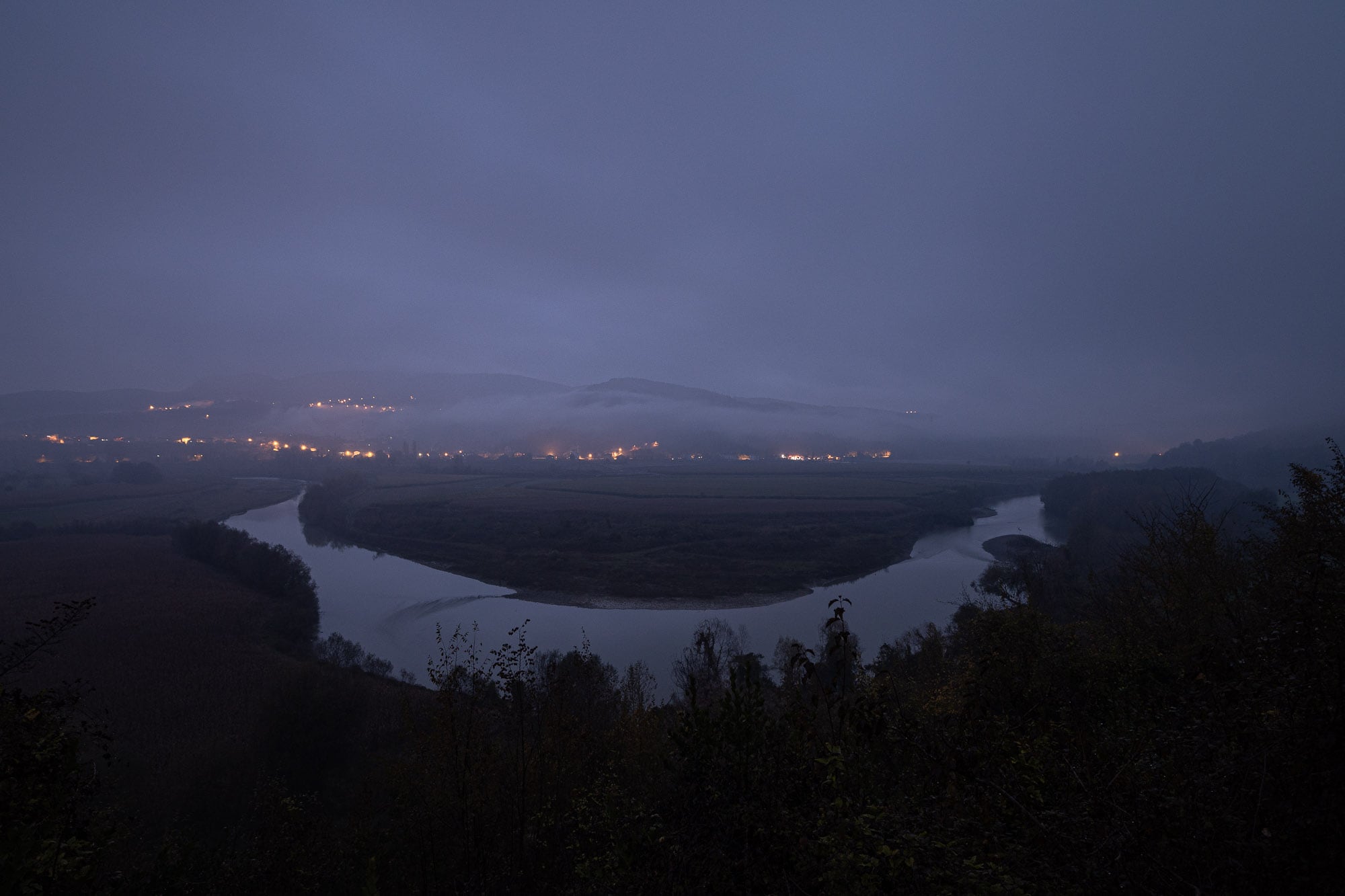 The road bridge to Filyos: 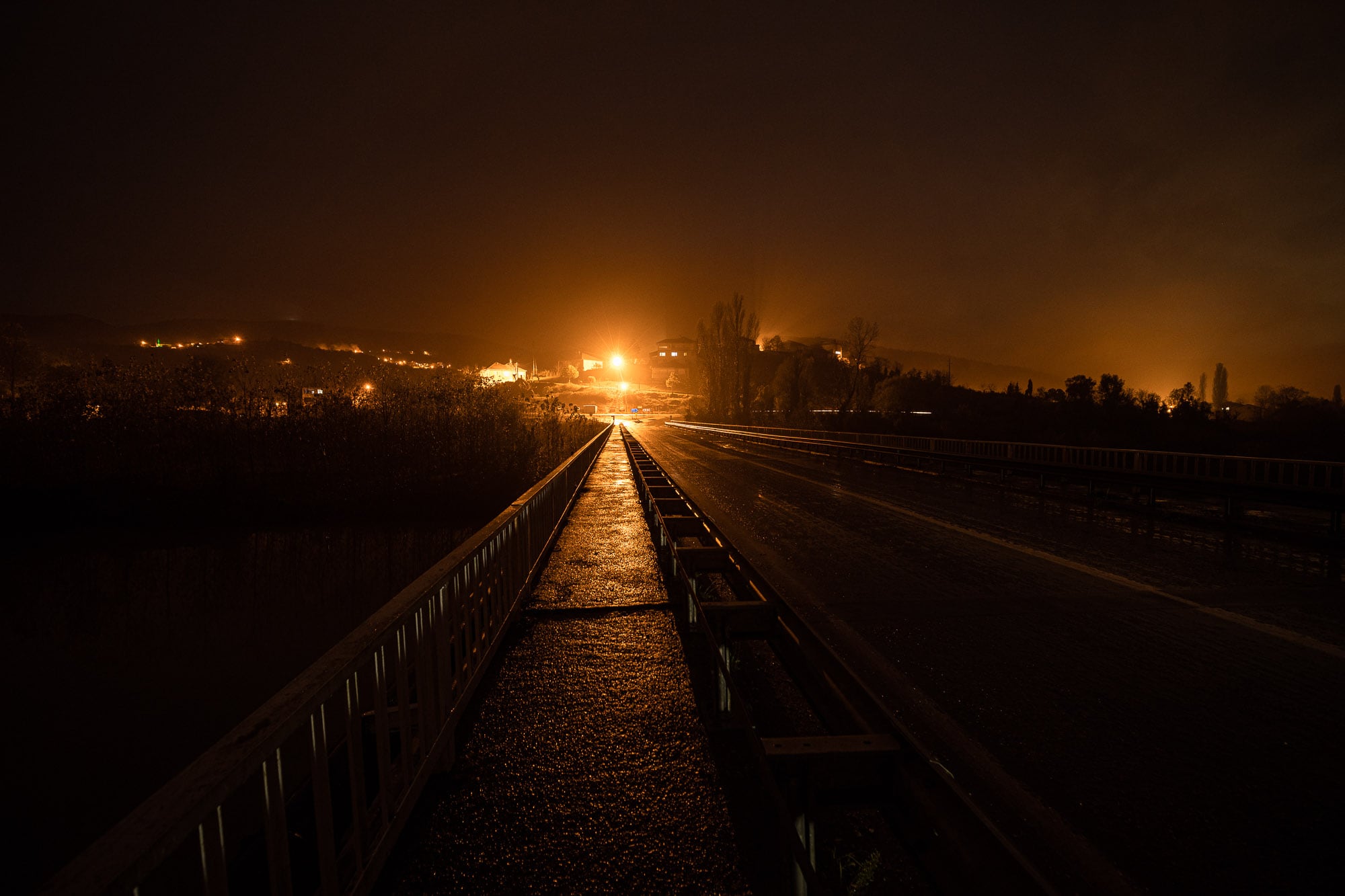 Gas station on the way to Filyos: 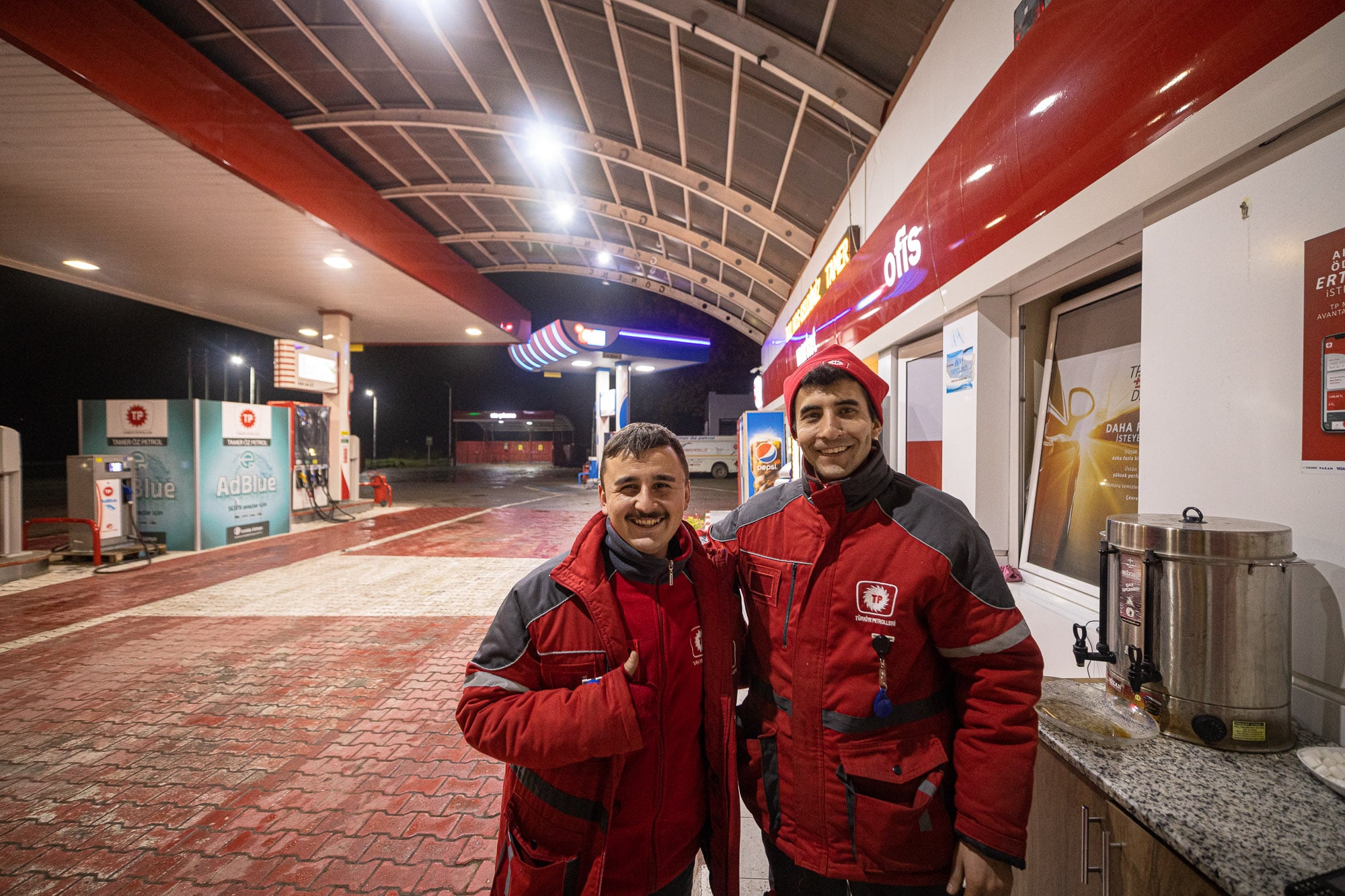 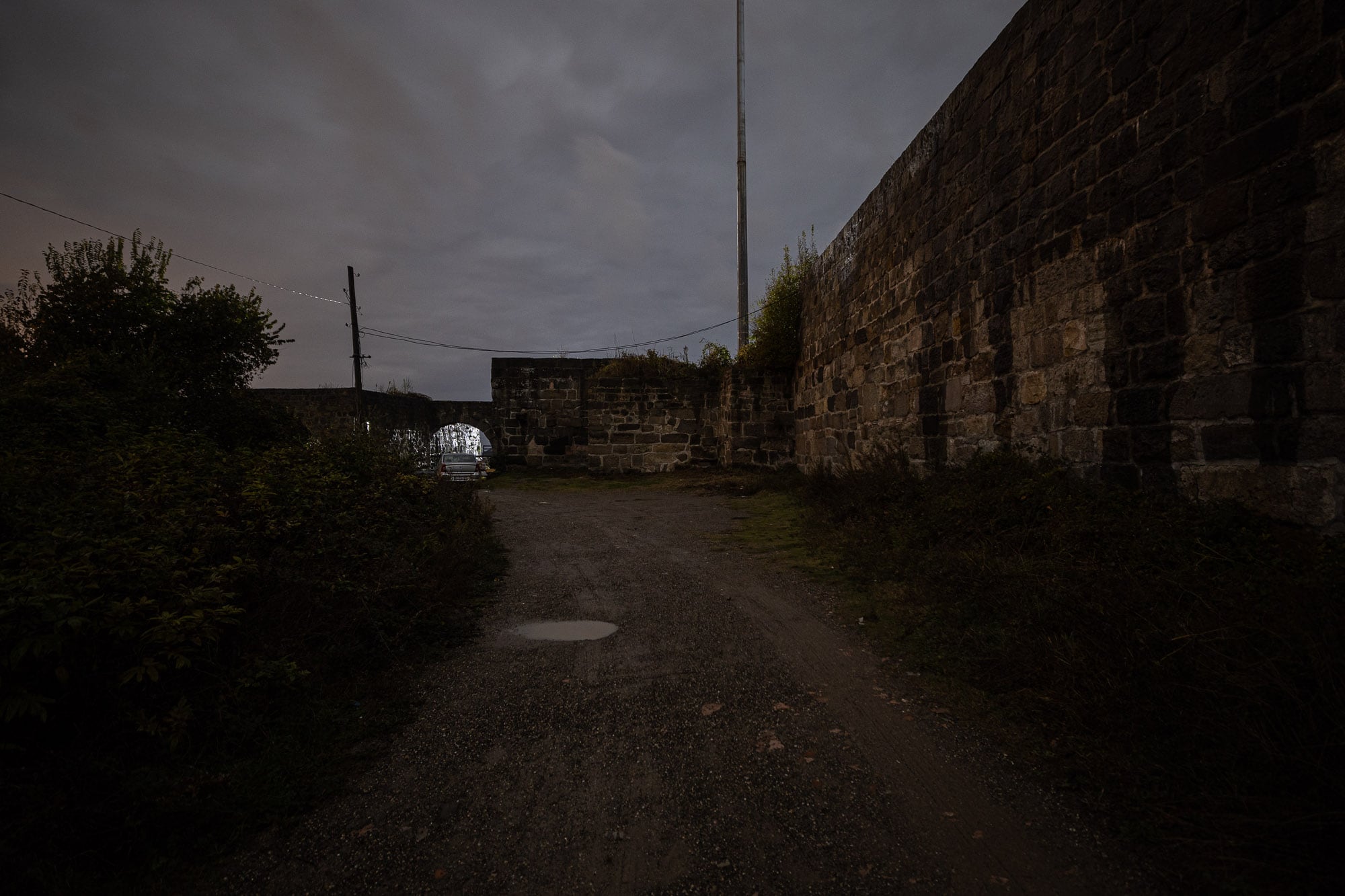 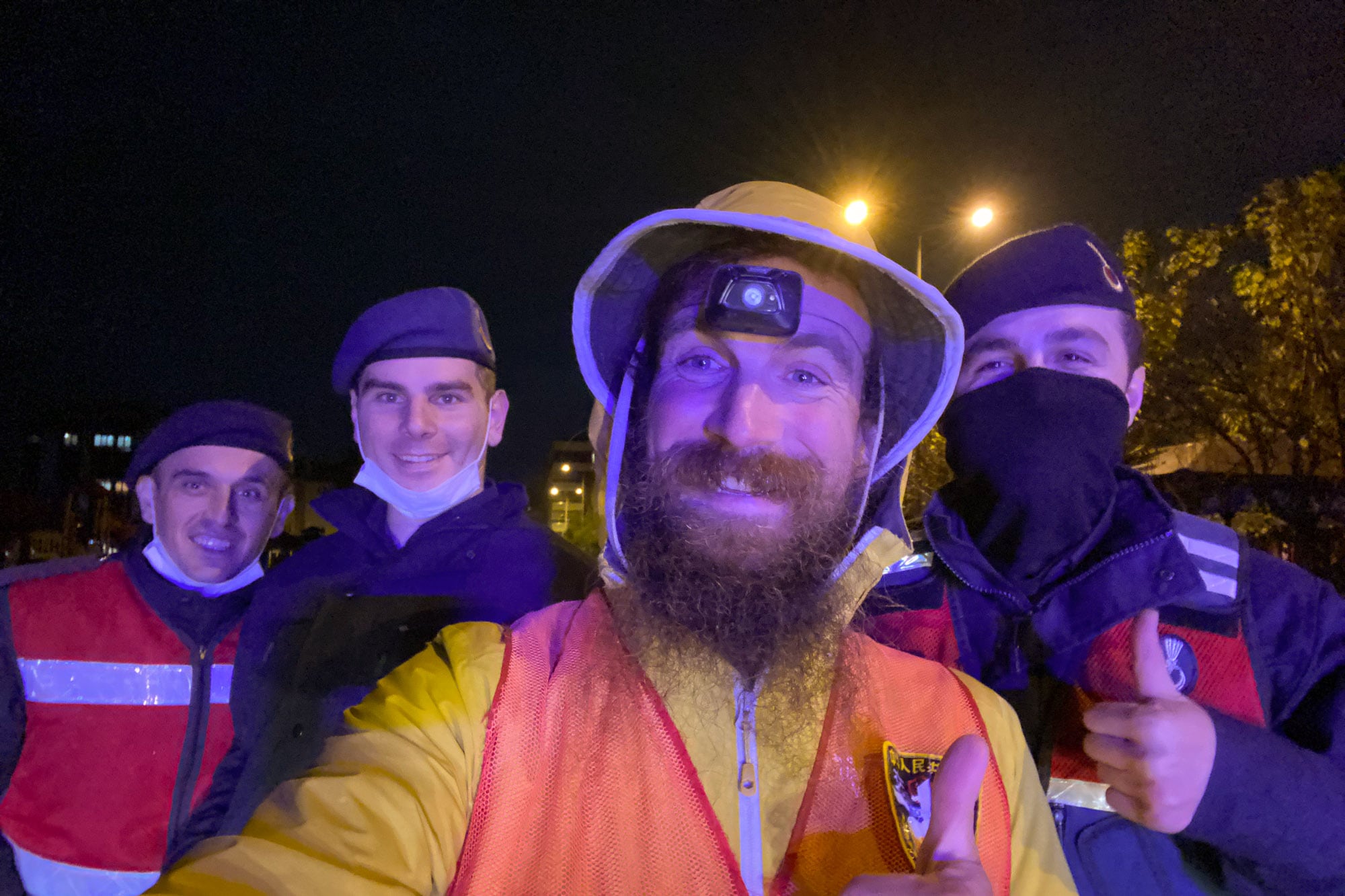 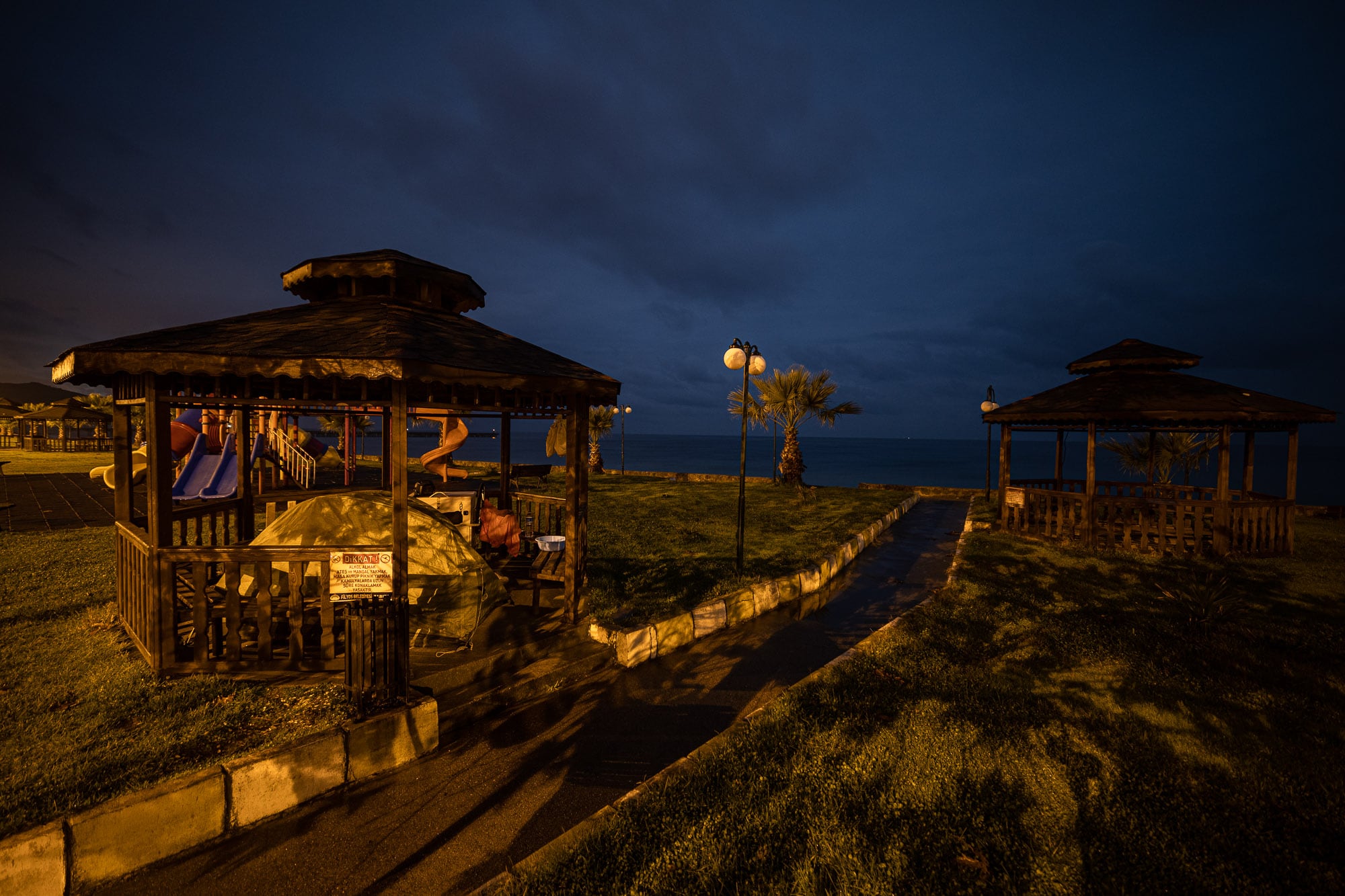