This post is about a 29km walk from Kurucasile to Cakraz. The Kantian has the fun experience of walking through a tunnel for the first time.

When we left the ögretmenevi, we were in a good mood. It had rained heavily over night, but we had been in a room with a little window overlooking the street and a school yard. And Kurucasile had turned out to be a friendly place to stay.

So we stepped onto the road with vigour and optimism.

revenge of the hills

And then the road almost crushed us (or at least me). There are those ascents where you breathe heavily, but your stride doesn’t change much. And then there are those where you’re bathed in sweat but you seem to be hardly moving at all. Today was a lot of the latter.

We huffed and we puffed on the way up. We rested at the top. And we told each other stories on the way down. But it was tough. And then the road widened until it looked like a highway. And then it led us to the tunnels.

“Let’s check if we can use the sidewalk,” I told the Kantian.

But there was no sidewalk. The concrete slabs that covered the sidewalk had been lifted, all of them. And so we had to walk through a 2.3km tunnel on the actual fucking car lane. We put the reflective vest and our head lamps on, and the Kantian stayed a bit ahead of me, trying to warn the oncoming traffic. We ended up running part of the way because there was a turn within the tunnel and we were worried cars might not be able to see us early enough.

the best one so far

The second tunnel was awesome, though. Not because of the tunnel itself – it was a 1km hole in the ground just like all the others, and it, too, didn’t have a sidewalk. The reason it was so awesome was because there were workers in there fixing something in the ceiling. And so they had blocked one lane in the tunnel for themselves, and we walked through it like a breeze. Even chatted a bit with the workers and took some pictures. Best tunnel ever!

The third tunnel actually had a sidewalk. I told the Kantian that I didn’t trust it, but he said we should give it a try. It was a shitty sidewalk that changed all the time – most of the time it was wide enough for the Caboose, but sometimes it wasn’t. We managed, though. And I left a TLW sticker in the middle of the tunnel.

When we reached Cakraz in the darkness, I was smashed. I felt pain in my lower back. And I felt that I needed to sleep for days.

The Kantian looked at me with worry in his eyes. 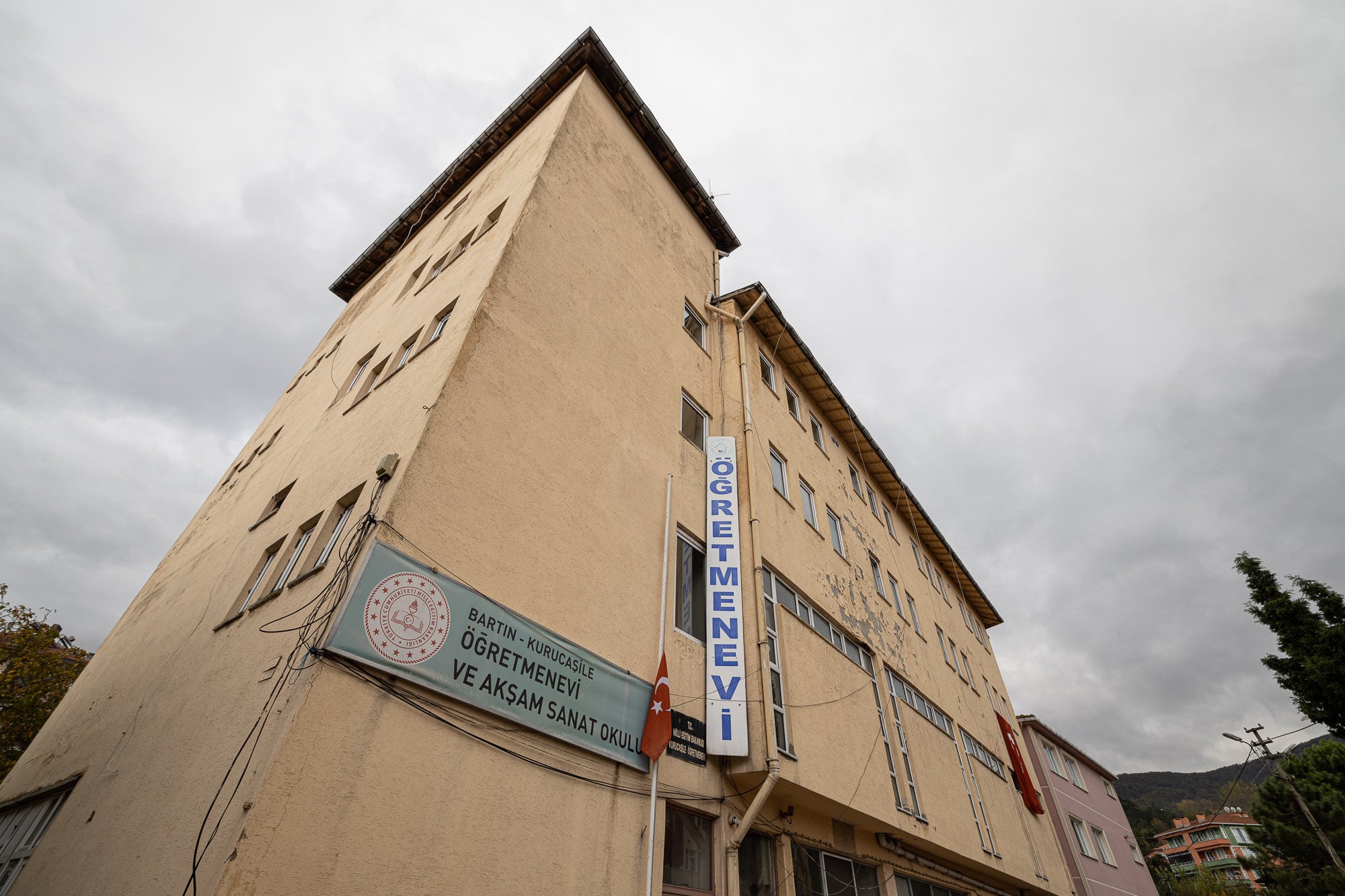 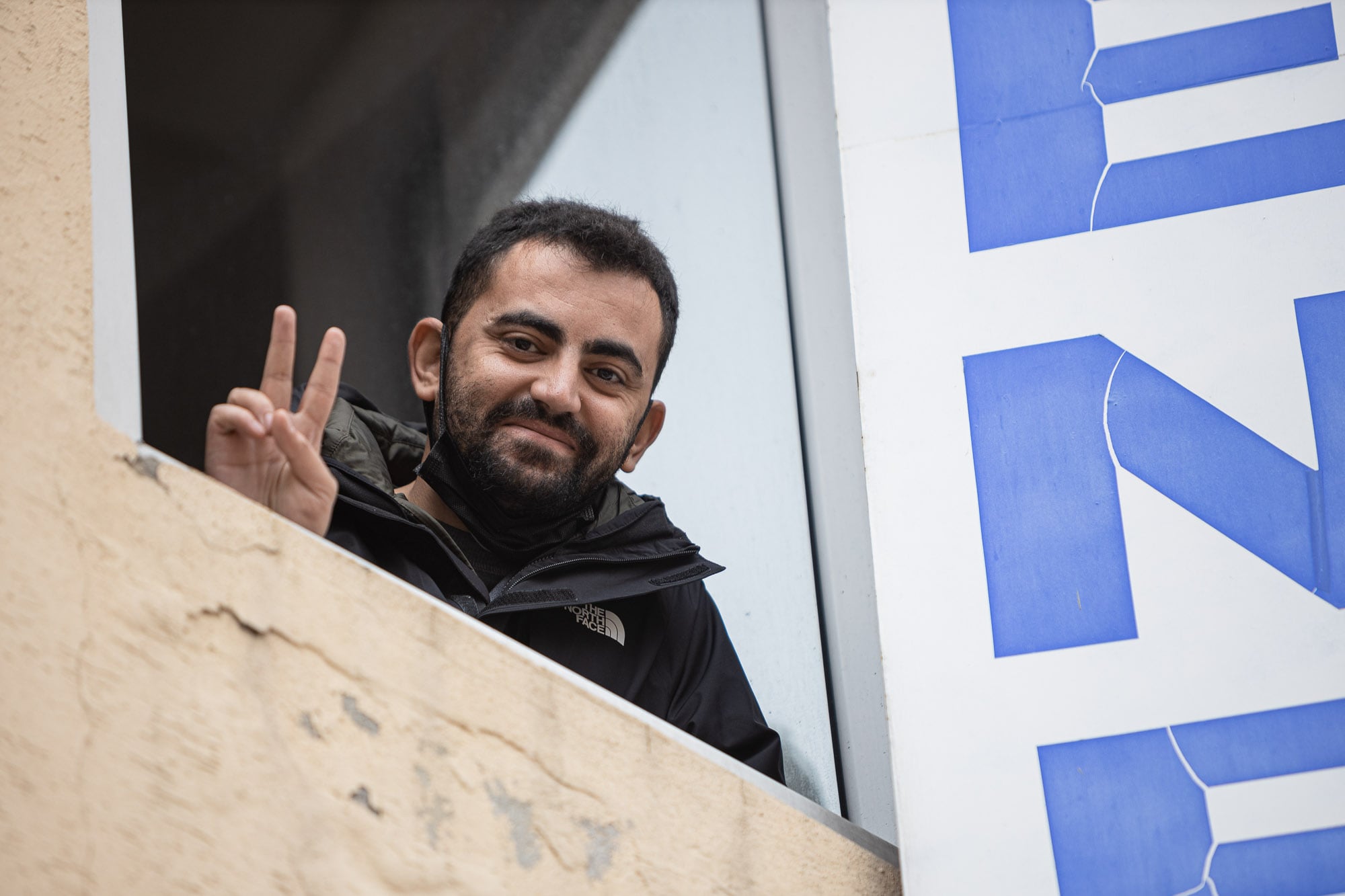 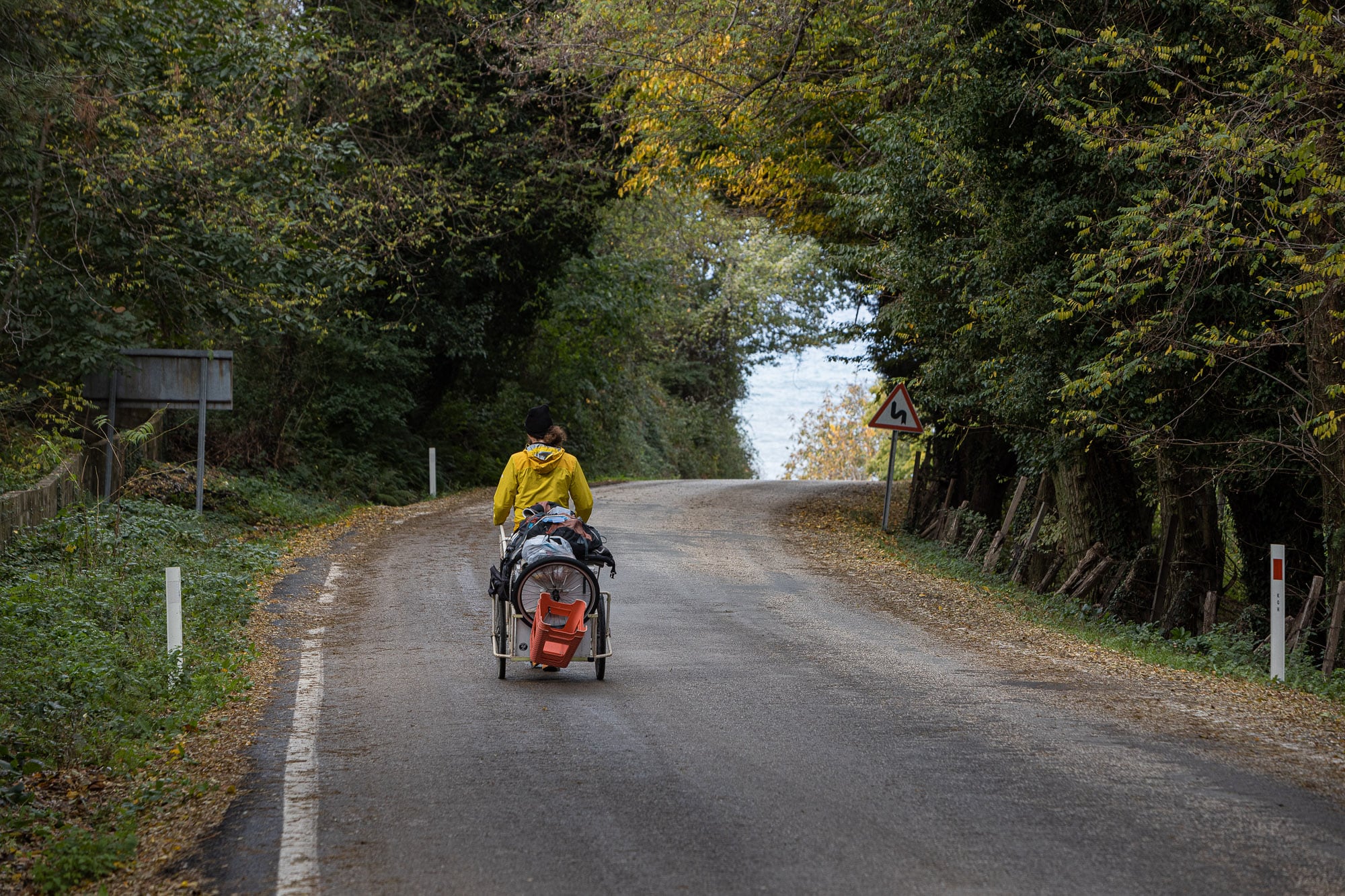 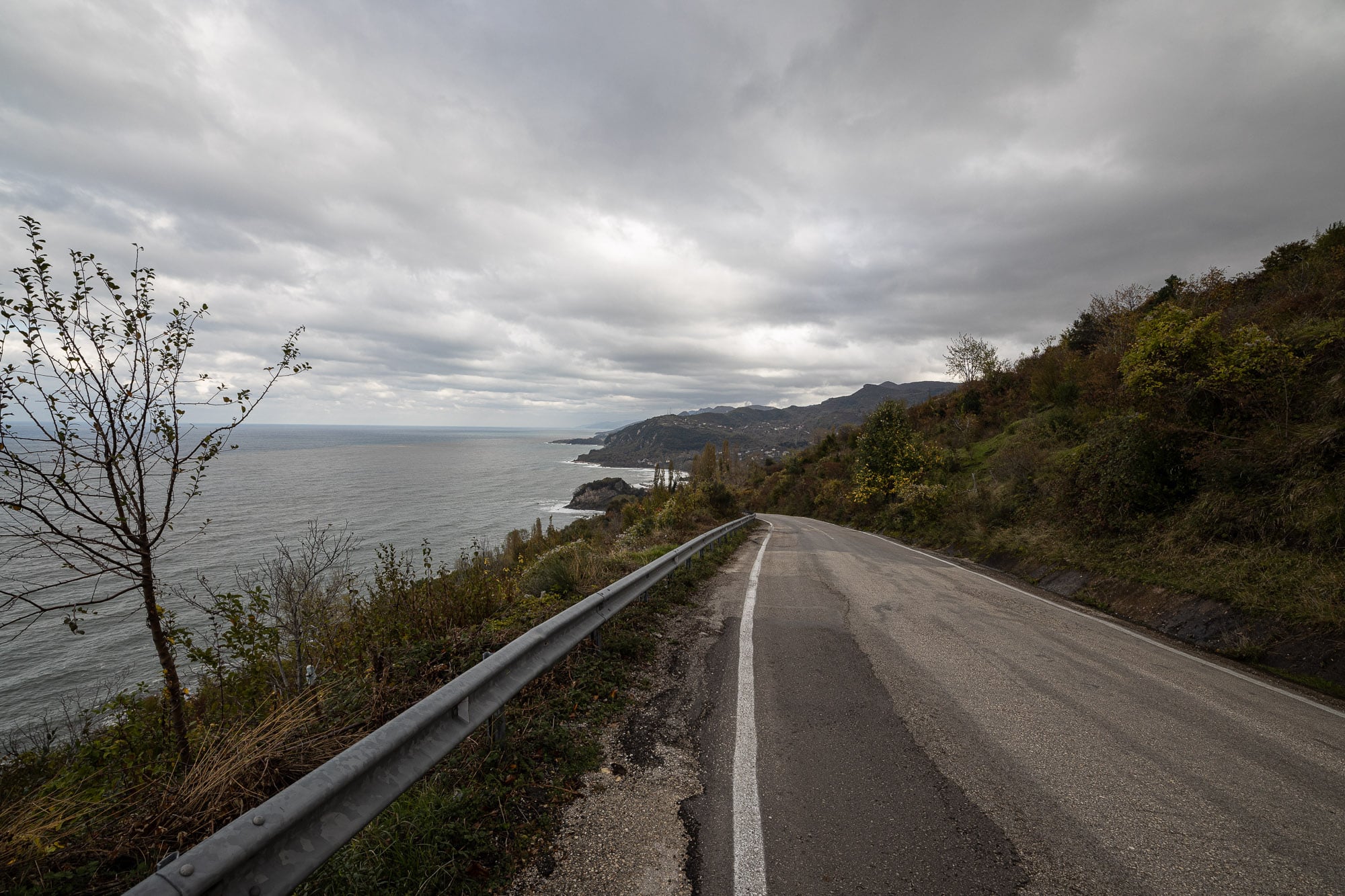 Black Sea villagers with a bunch of coal: 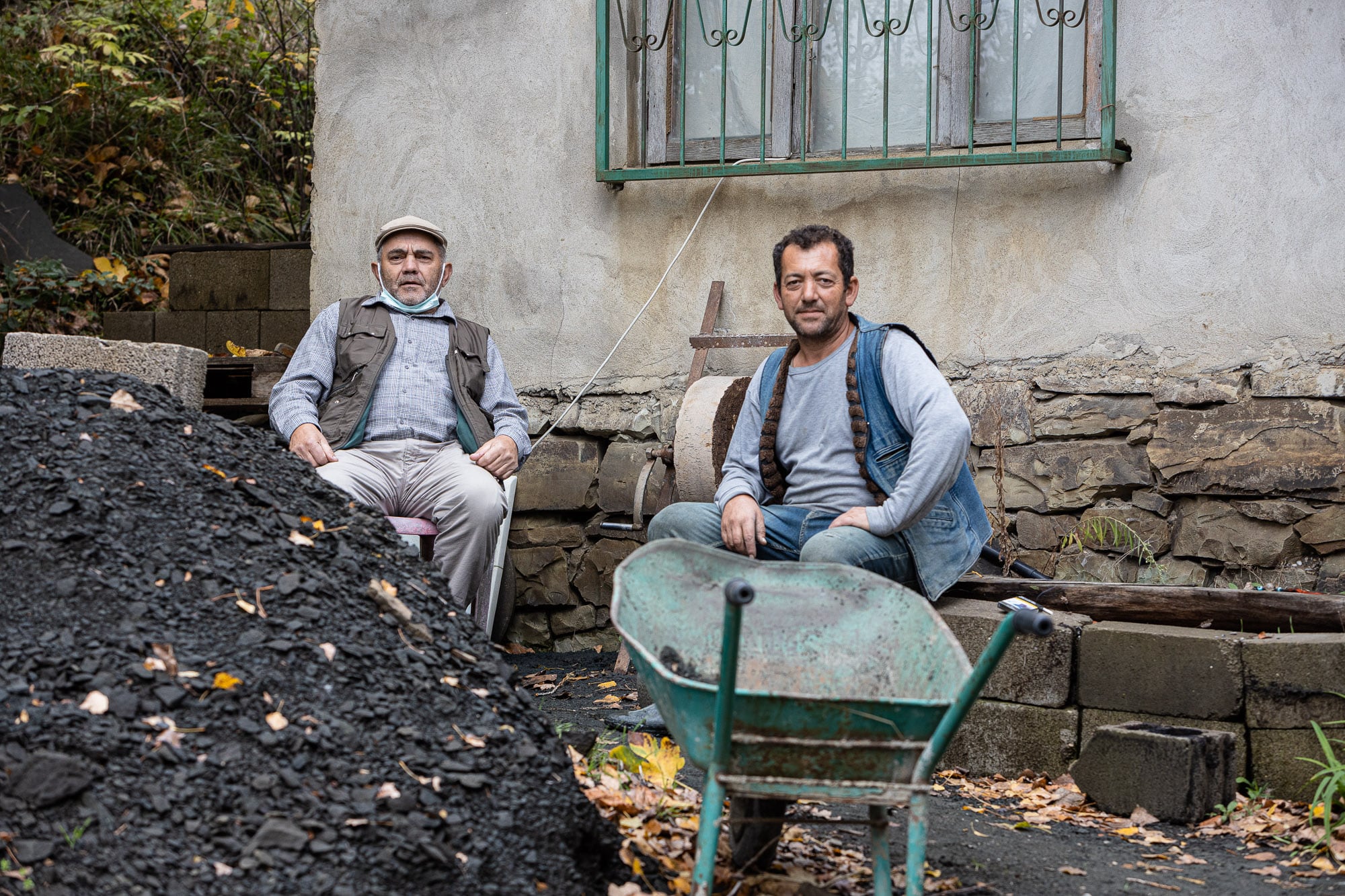 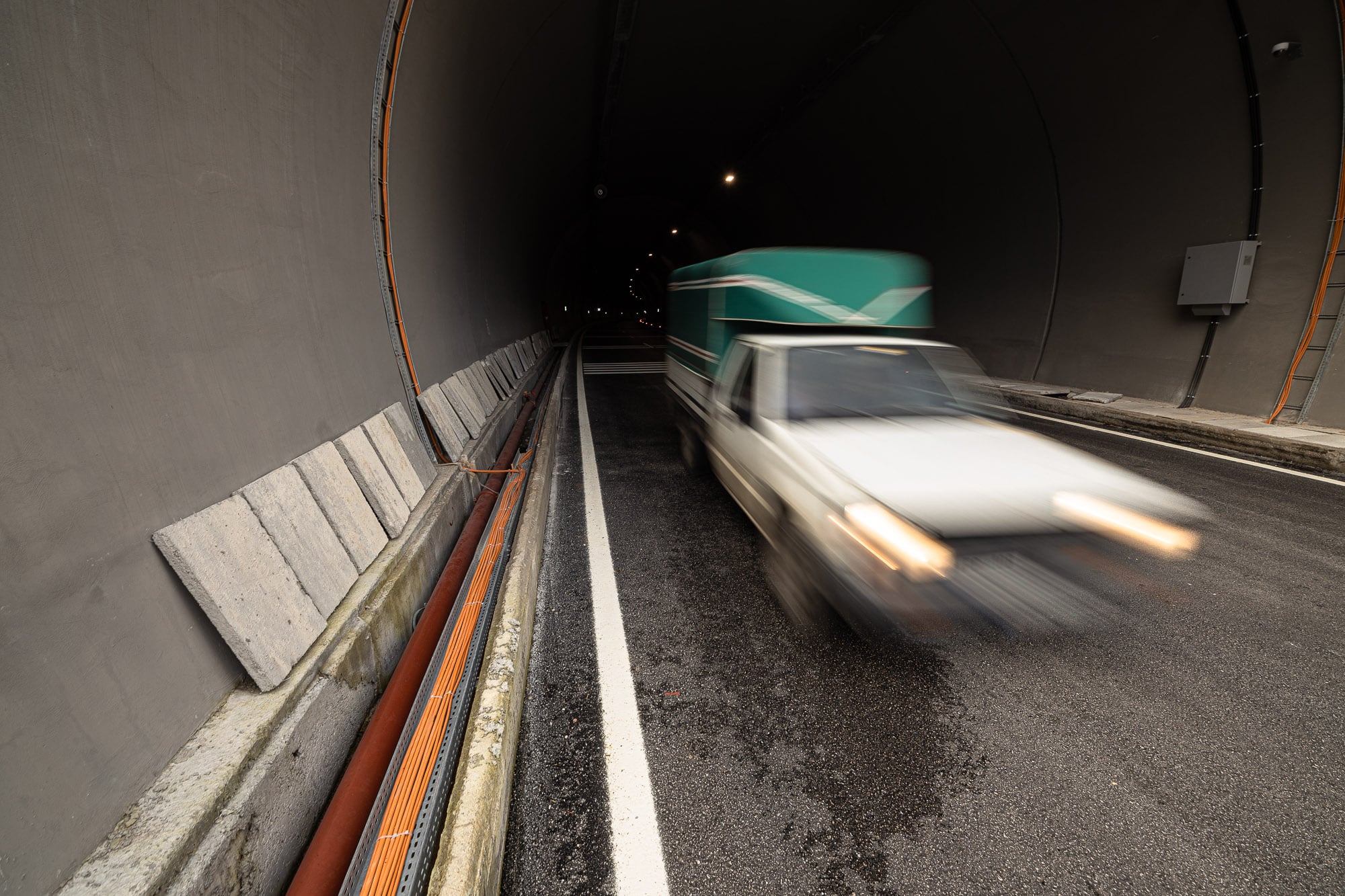 Evening light over the hills: 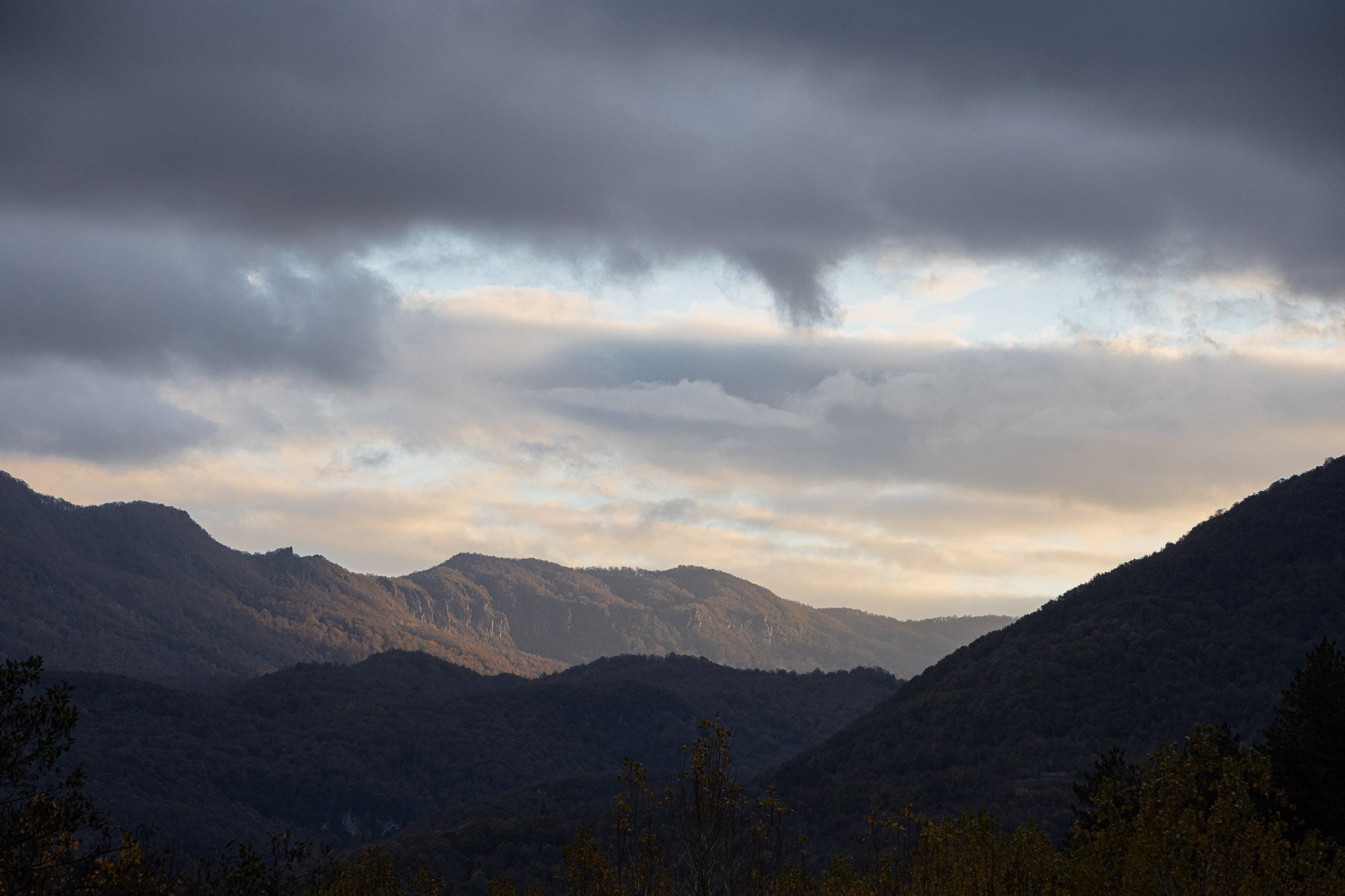 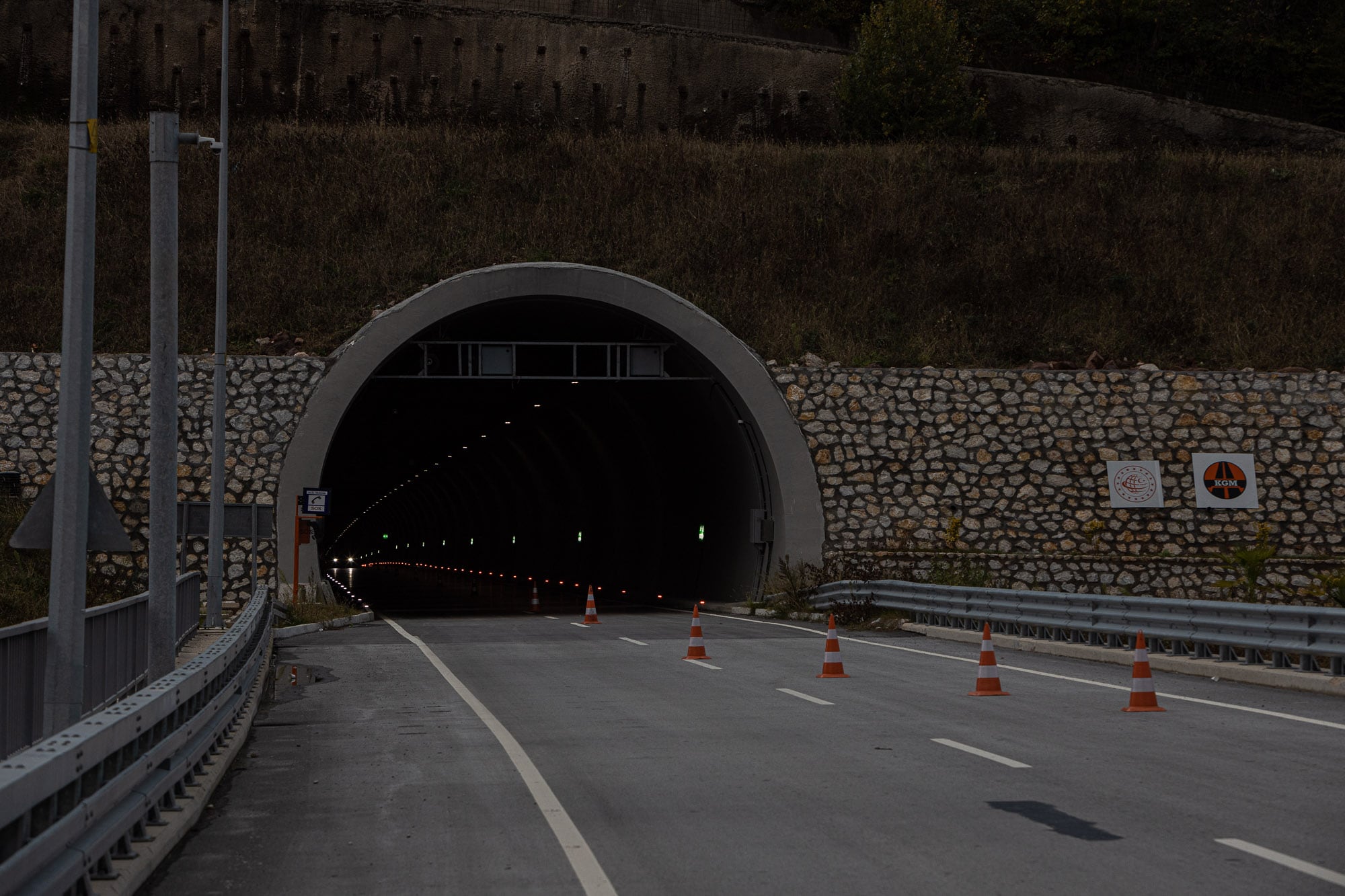 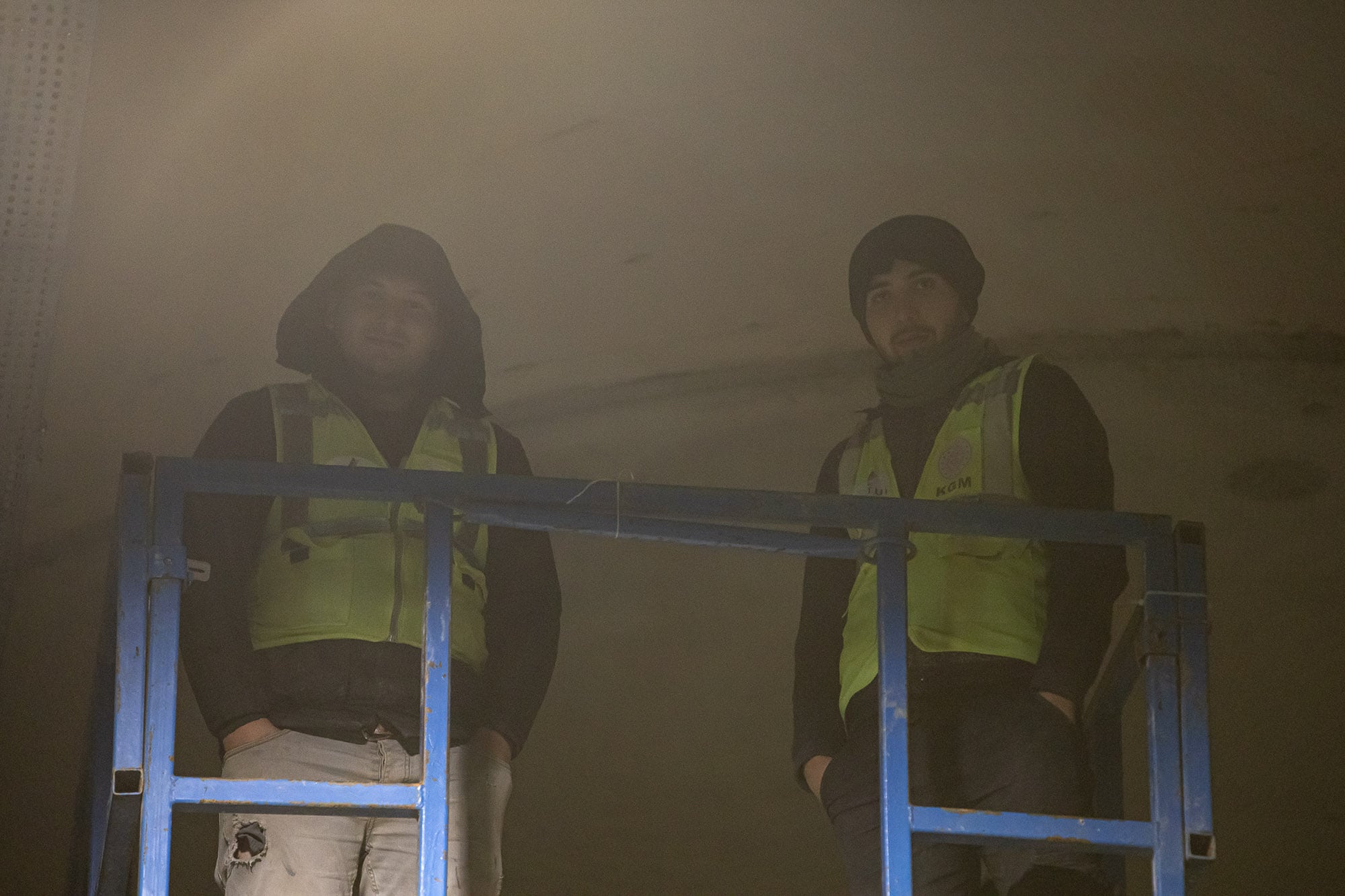 Village next to the highway: 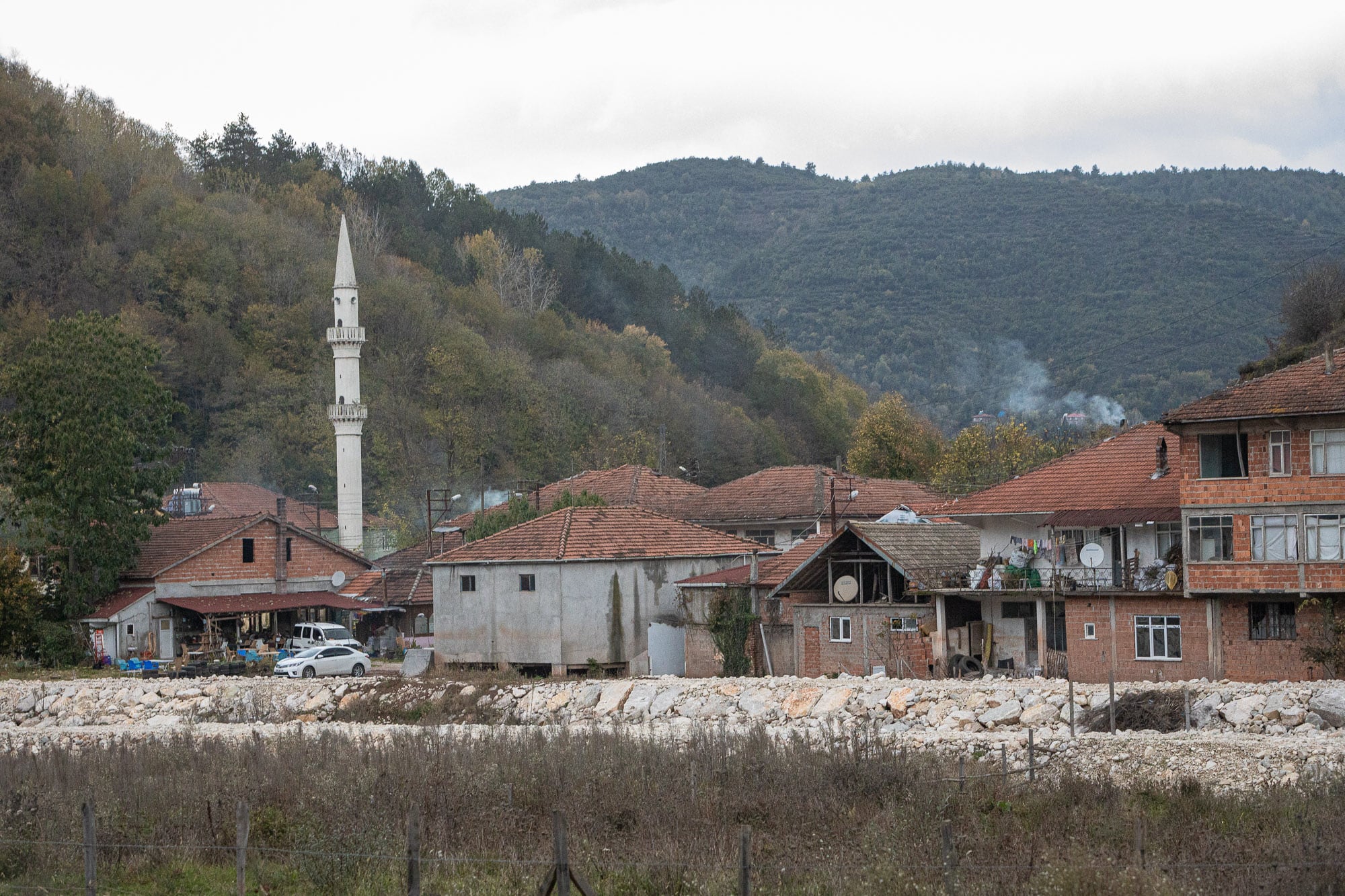 TLW sticker in the third tunnel: 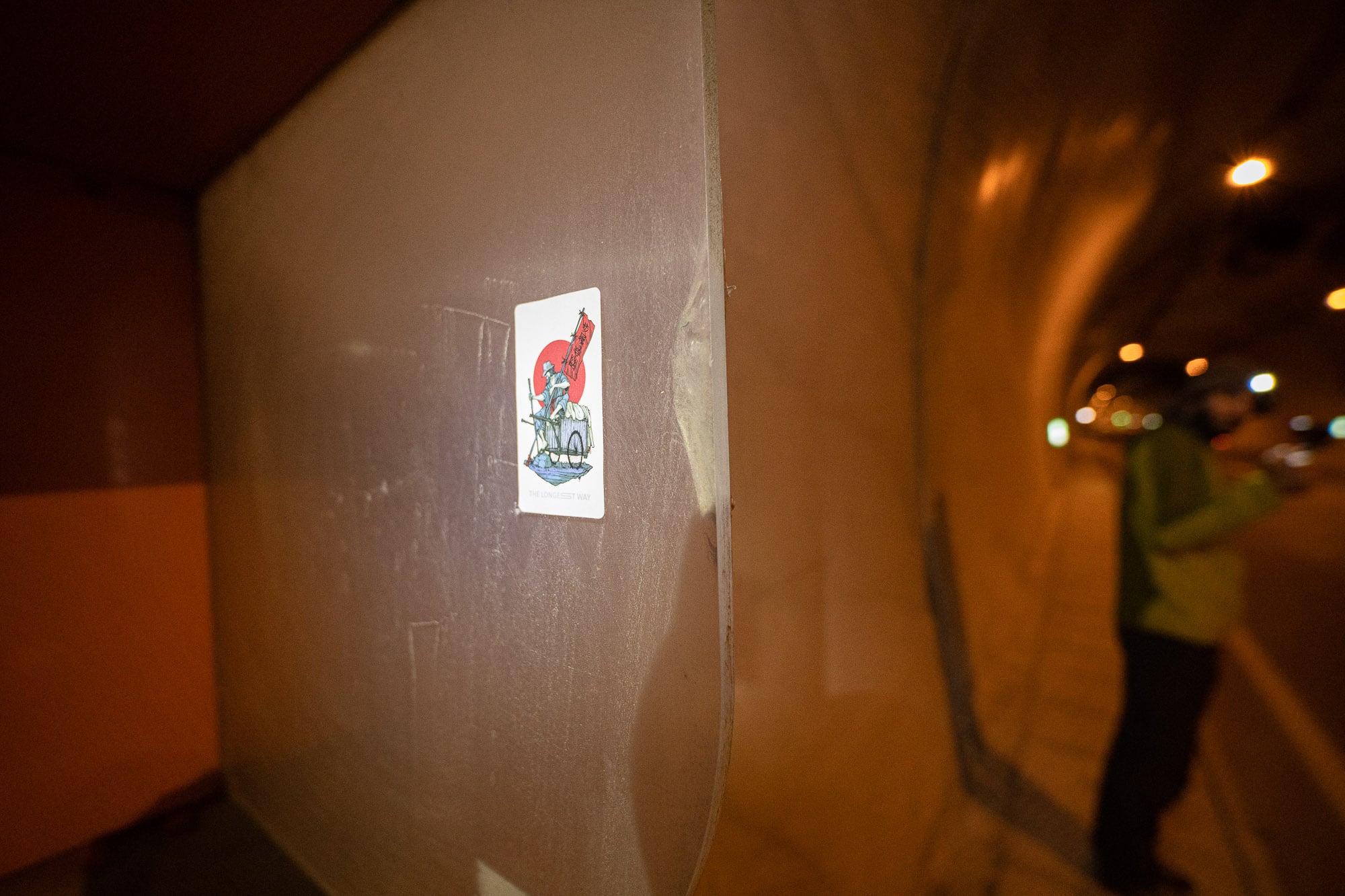 The long way to Cakraz: 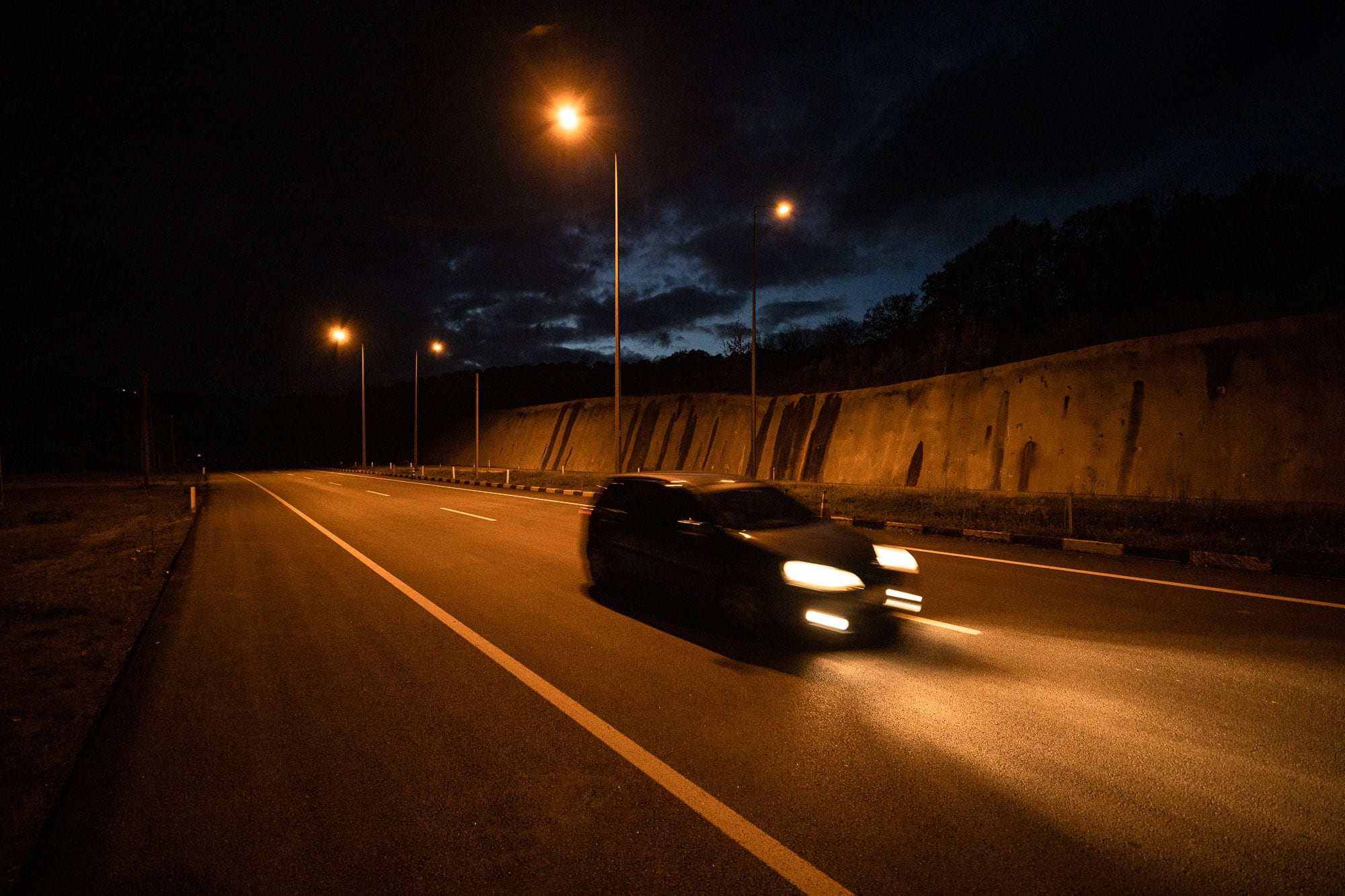