This post is about a 31km walk from an abandoned house near Kerempe Feneri to a shelter near Camalti. It’s part one of a story of regret.

There are two parts to this story. If you read them and you end up feeling disappointed in me, then you are not alone.

I feel the same way.

hard shell with the wind

I woke up with a headache. The dogs had been barking at the forest all night. But they were good doggos anyway, and they had two little puppies with them, so I decided to give them my last bag of beans in red sauce and some bread. They loved it.

And then, just as I was getting ready to leave, I noticed that my jacket was gone. WTF! The expensive hard shell that I had just bought, how could it be gone?

I went through my photos to check when I had it last. Then I walked two kilometers back to the quarry and looked for it there. But of course it wasn’t in the quarry. And it wasn’t on the road, either. It was gone.

the fellowship of the bean

At least I wasn’t alone. The four adult dogs (three girls and one boy) had decided to help me look for my jacket. And then, when we failed to find anything, they decided to walk with me for a little bit.

Or so I thought.

Here’s the thing: The Longest Way might as well be called The Doggiest Way. I’ve petted so many dogs, I’ve played with so many dogs, and I’ve given food to so many dogs I can’t even remember. Sometimes they follow me for a while, but they always leave at some point.

So I figured: these doggos had the puppies waiting for them at the abandoned house – surely they were going to go back to them pretty soon?

why they should go away

They didn’t. Well, one of them did, but that was hours later. The others stayed with me, walking next to me, staring at me whenever I sat down to rest. I knew what they wanted: they wanted more of those beans. There were two problems, though:

Why, you ask? Weren’t they cute?

The dogs had this thing where they would constantly lay down right in the middle of the road, and even when a truck was approaching they would only move out of the way very slowly. There were three of them, so there were a lot of near-collisions and much honking of horns.

This was somehow manageable during the day. I would wave at the drivers, trying to get them to slow down a bit. But as night fell, it all turned to shit. Every single pair of lights that came our way terrified me. I was waiting for that horrible sound of steel crushing life.

it gets too much

When I reached a village with a shop, the owners looked at me as if they were seeing a ghost. It was dark, I was wearing my reflective vest and my head lamp, and the dogs had just picked a fight with a pack of village dogs. I was surrounded by furious barking. Who was I and why was I walking around like this, the shop owners wanted to know.

I told them that I was German but that the dogs were Turkish, that I didn’t know them, and that I wanted to find a place where I could spend the night without them. The shop owners thought for a while, then they offered to drive me and the Caboose to a shelter a few kilometers away.

When I said no to this they threw their arms up in the air and shook their heads in disbelief.

And then, as I walked to the shelter in the dark, I did something that I had never done before and that I never want to do again: I turned on the dogs. “Geht weg!” I yelled at them in German: “Verpisst euch!”

And I threw little rocks in their direction.

One of the puppies with the Caboose: 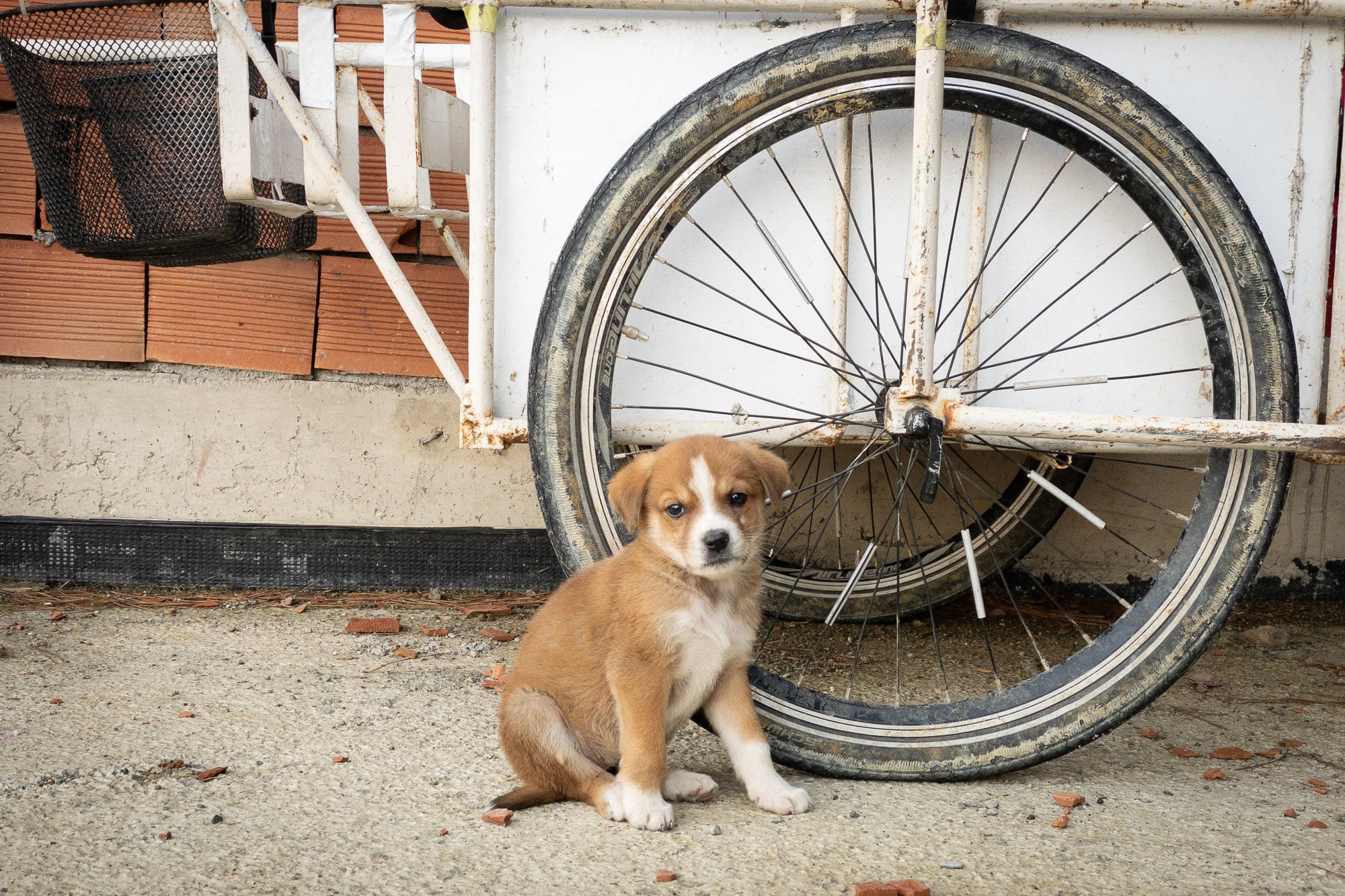 One of the girls: 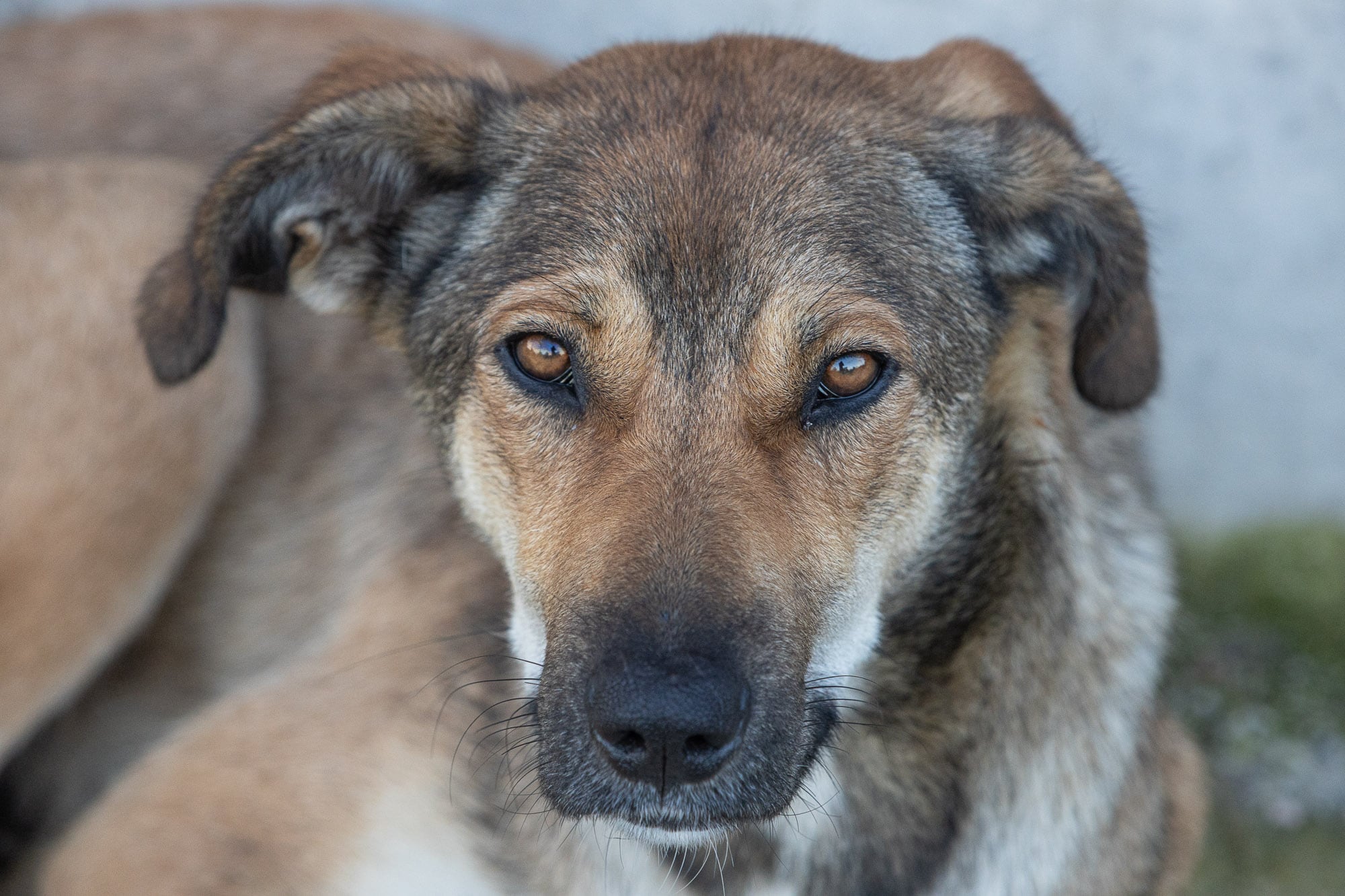 Looking for my jacket with the dogs: 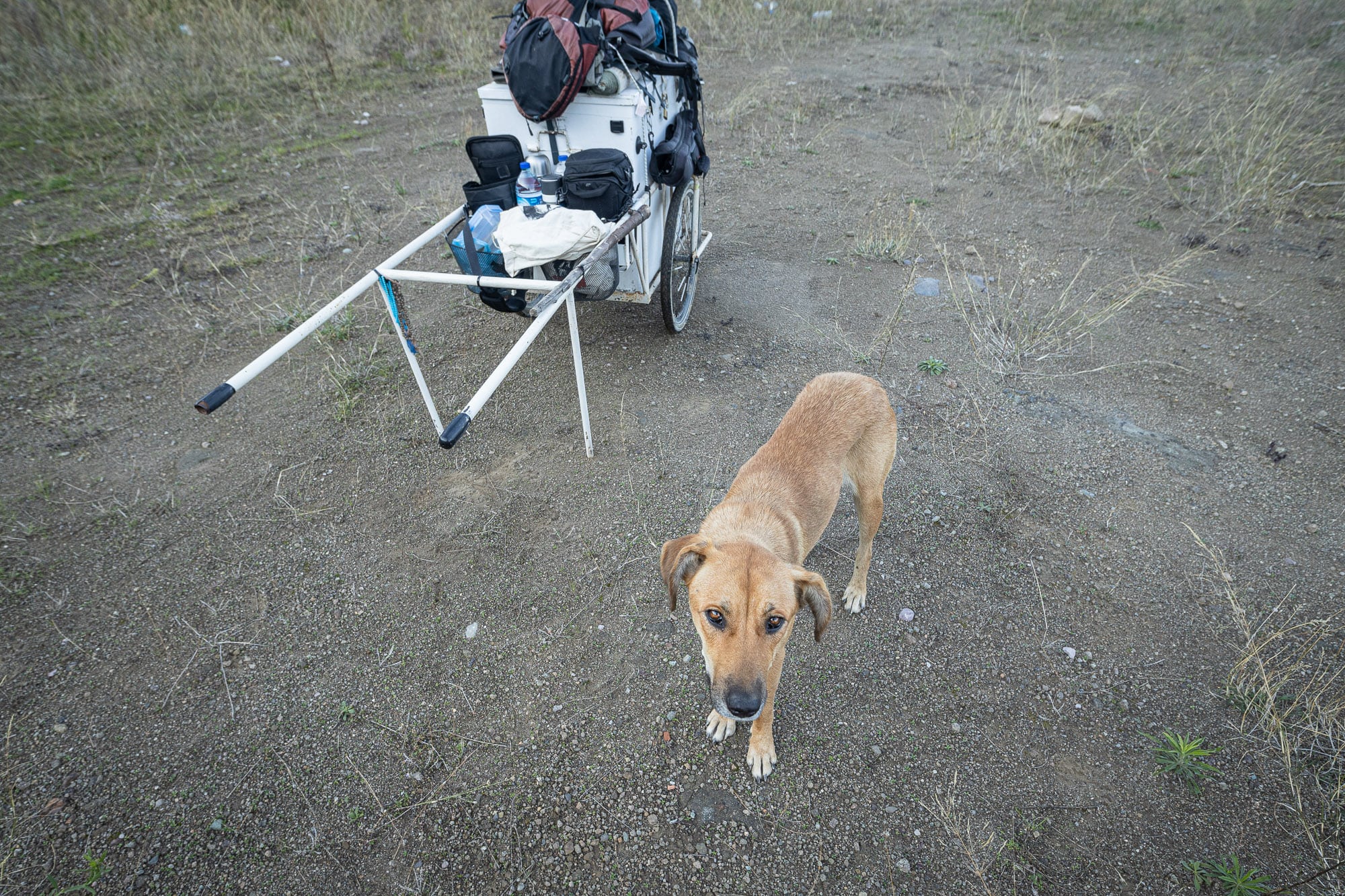 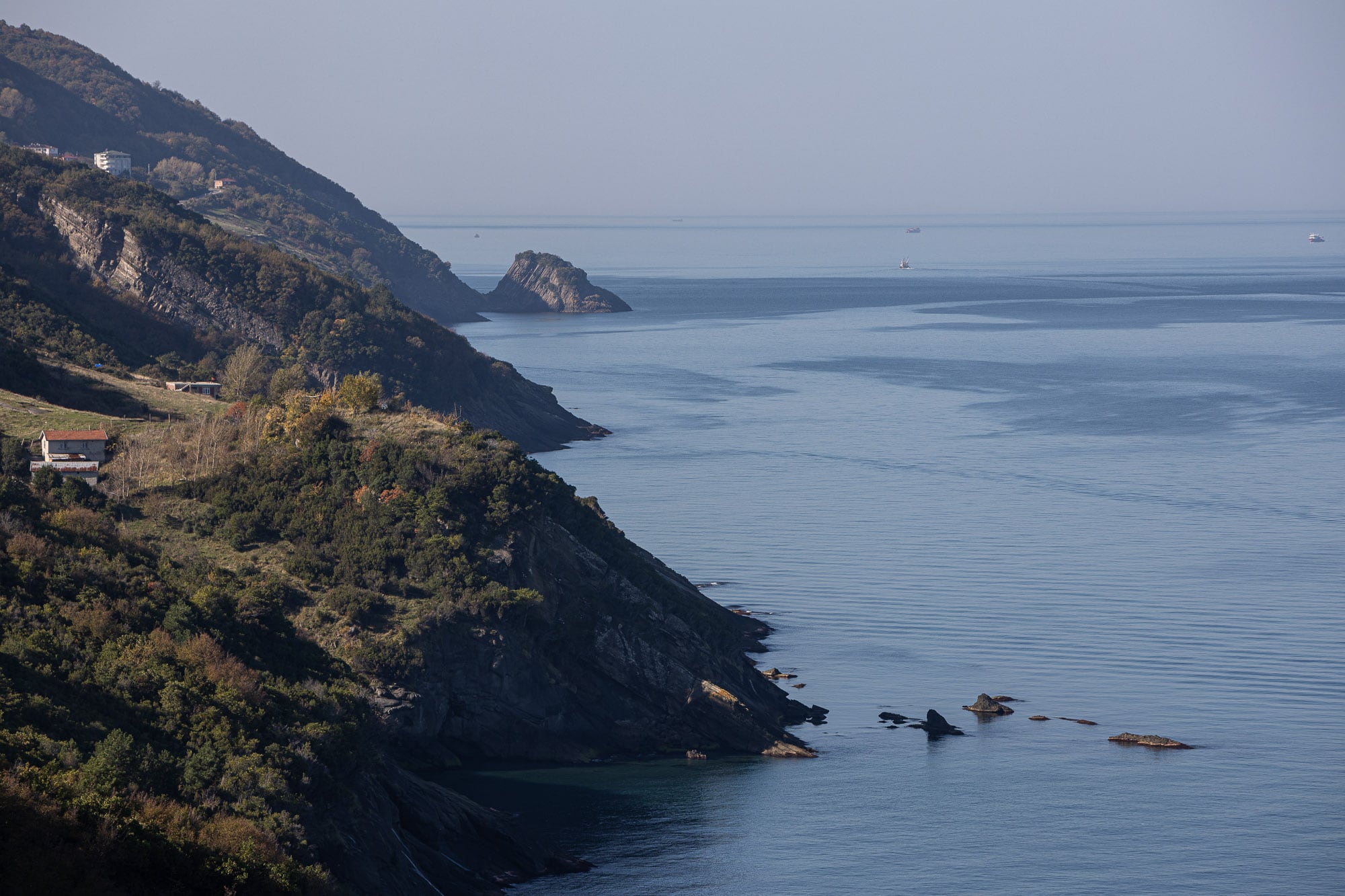 Fishing boat in the Black Sea: 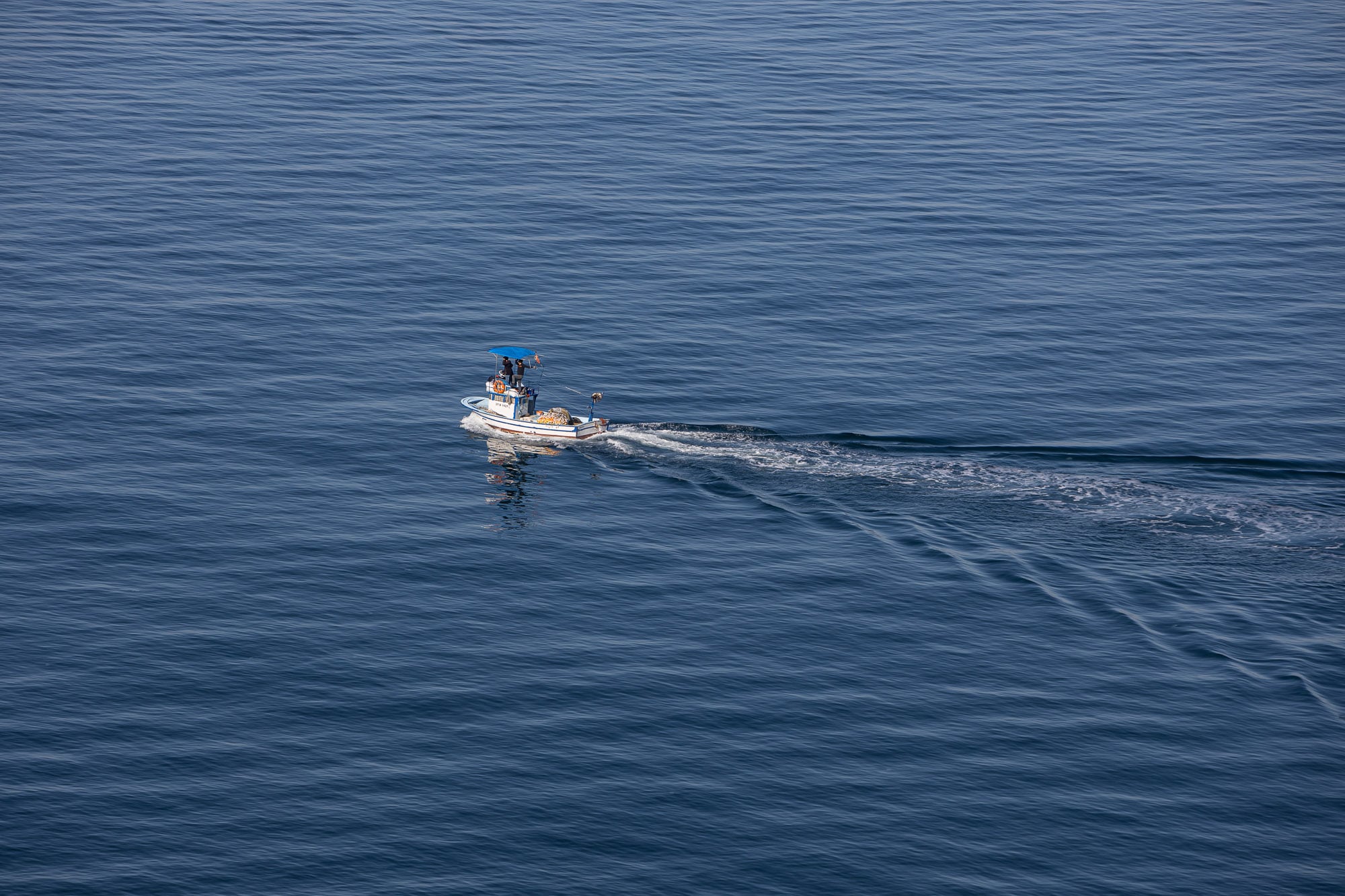 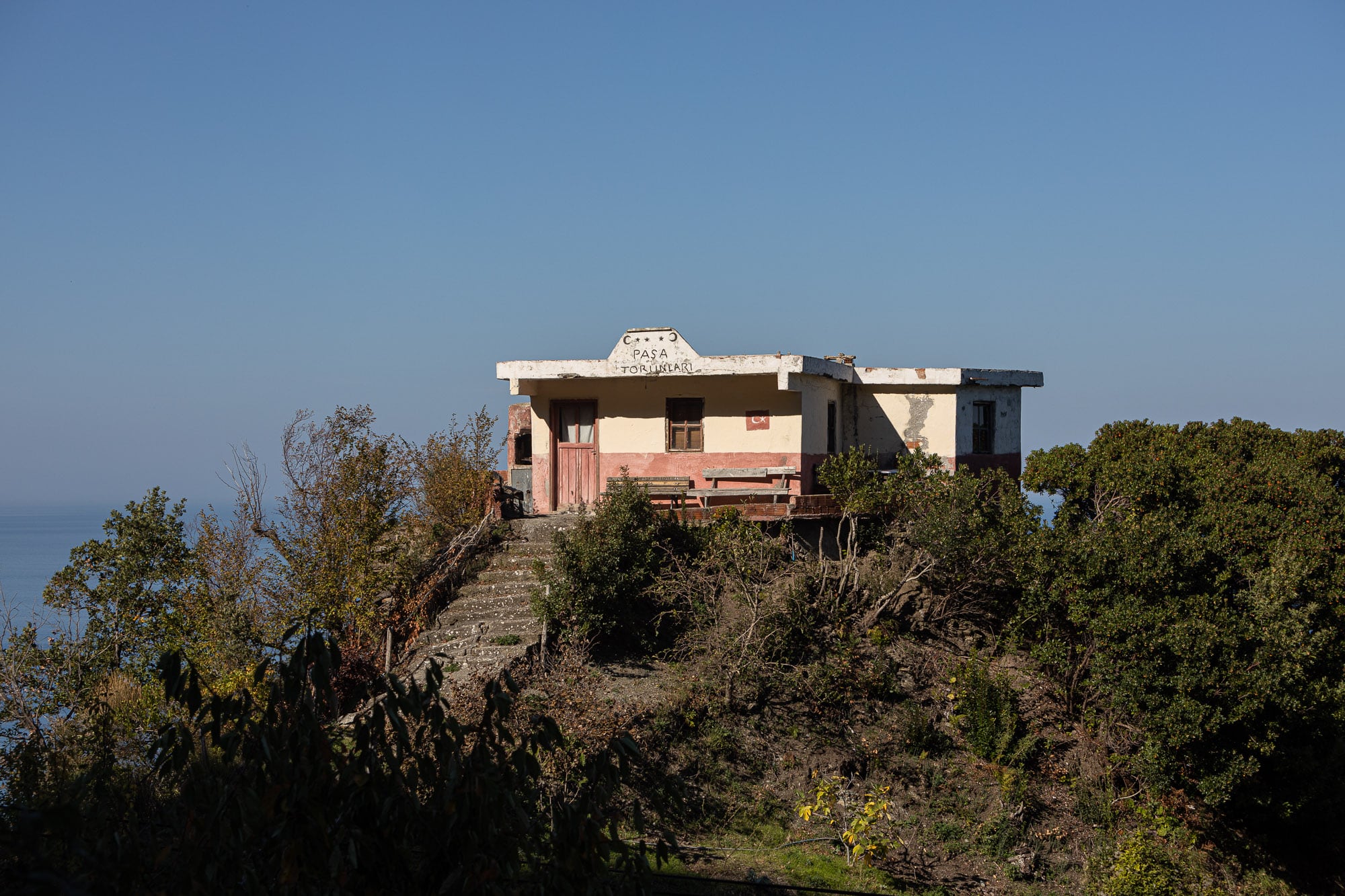 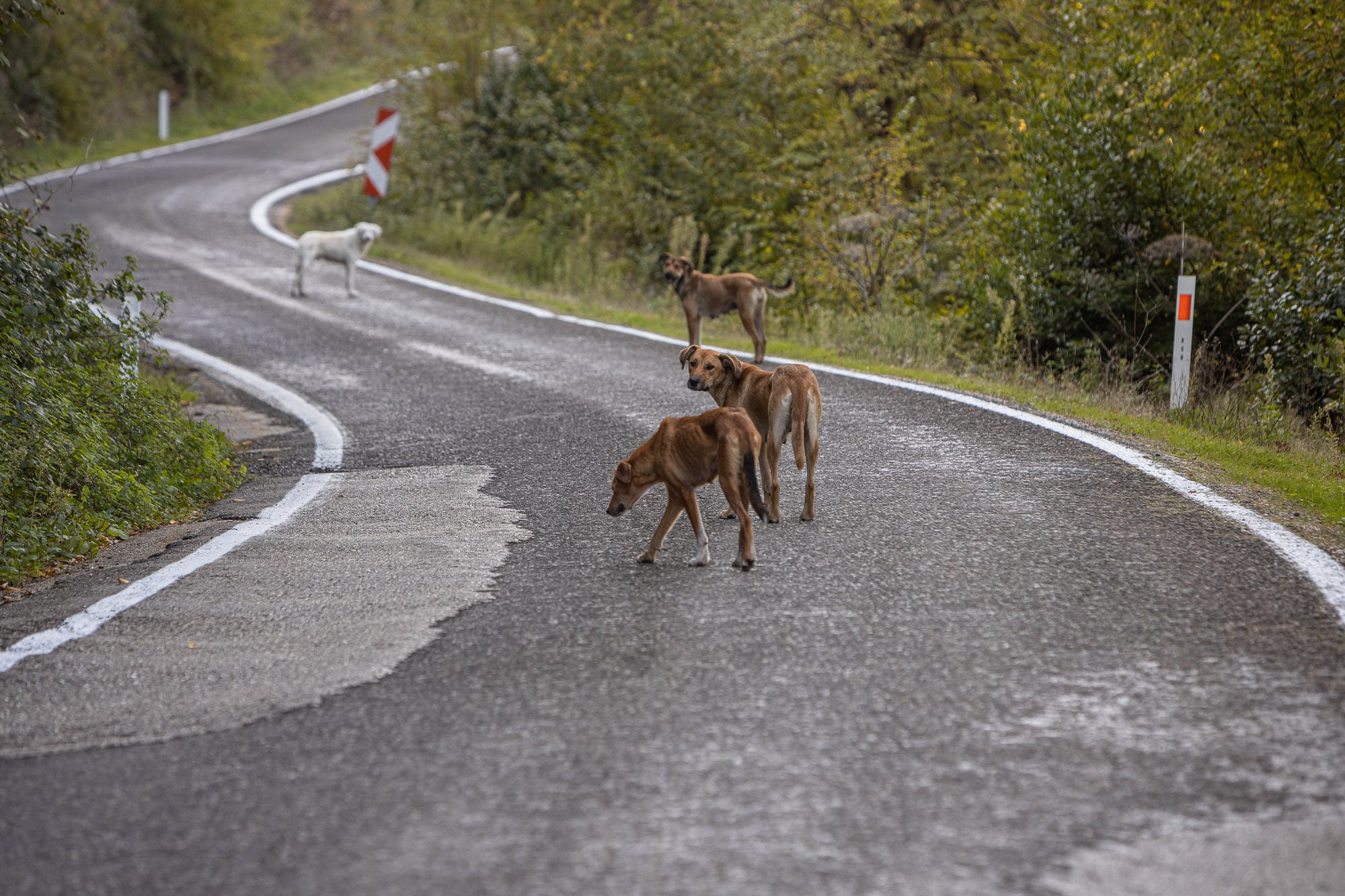 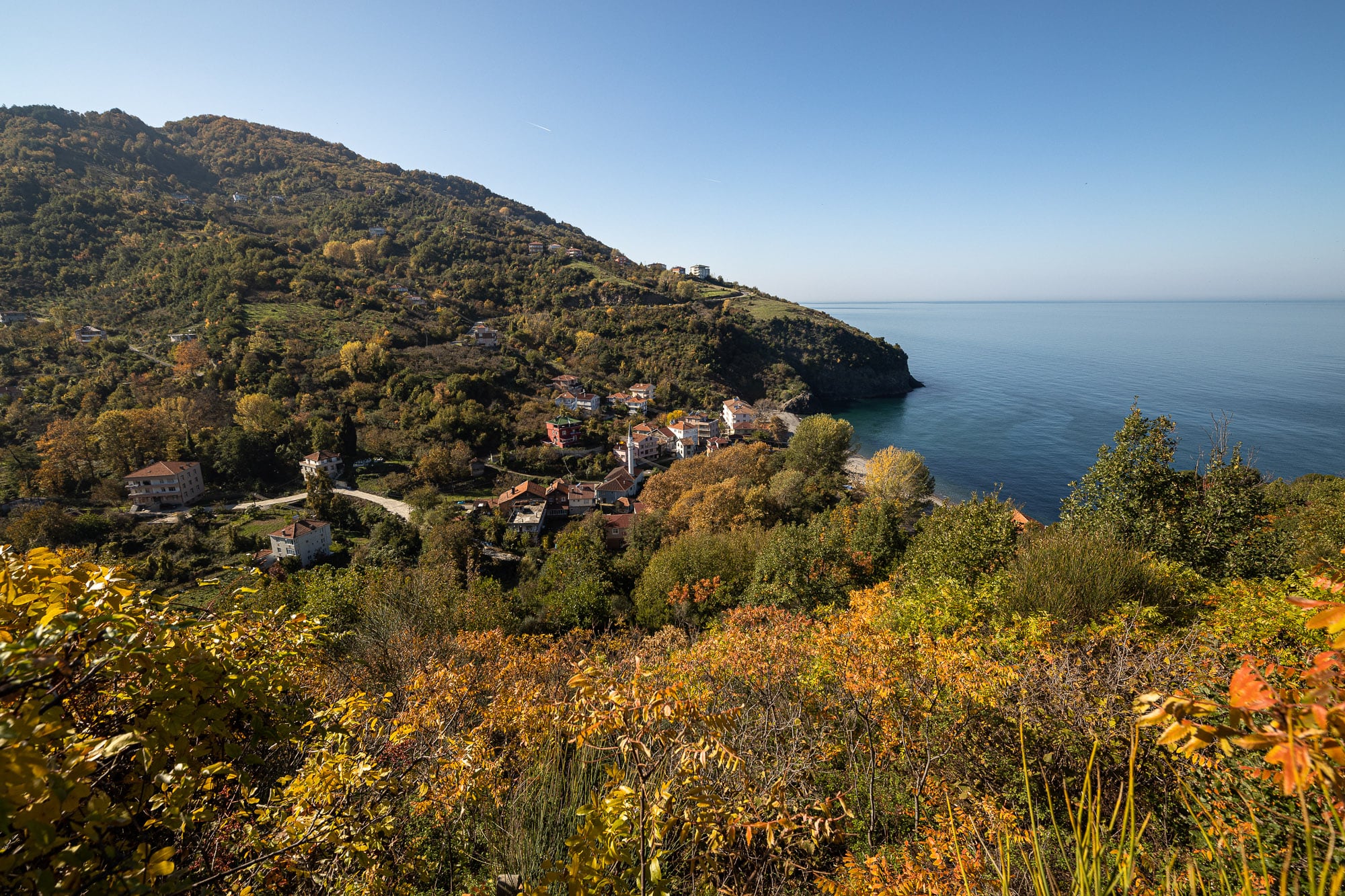 Yes, the middle of the road is a great place to rest: 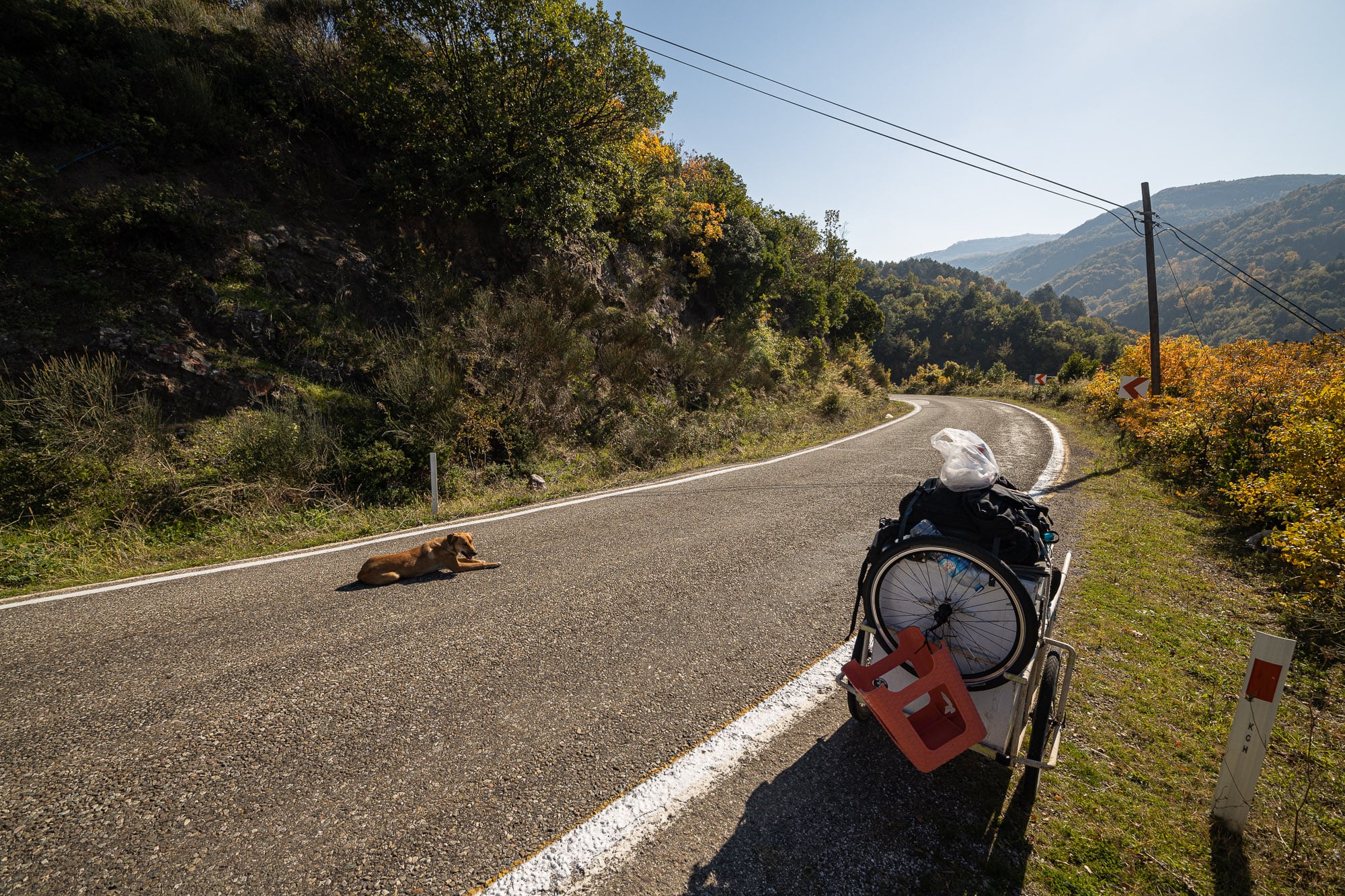 Doggo waiting for me: 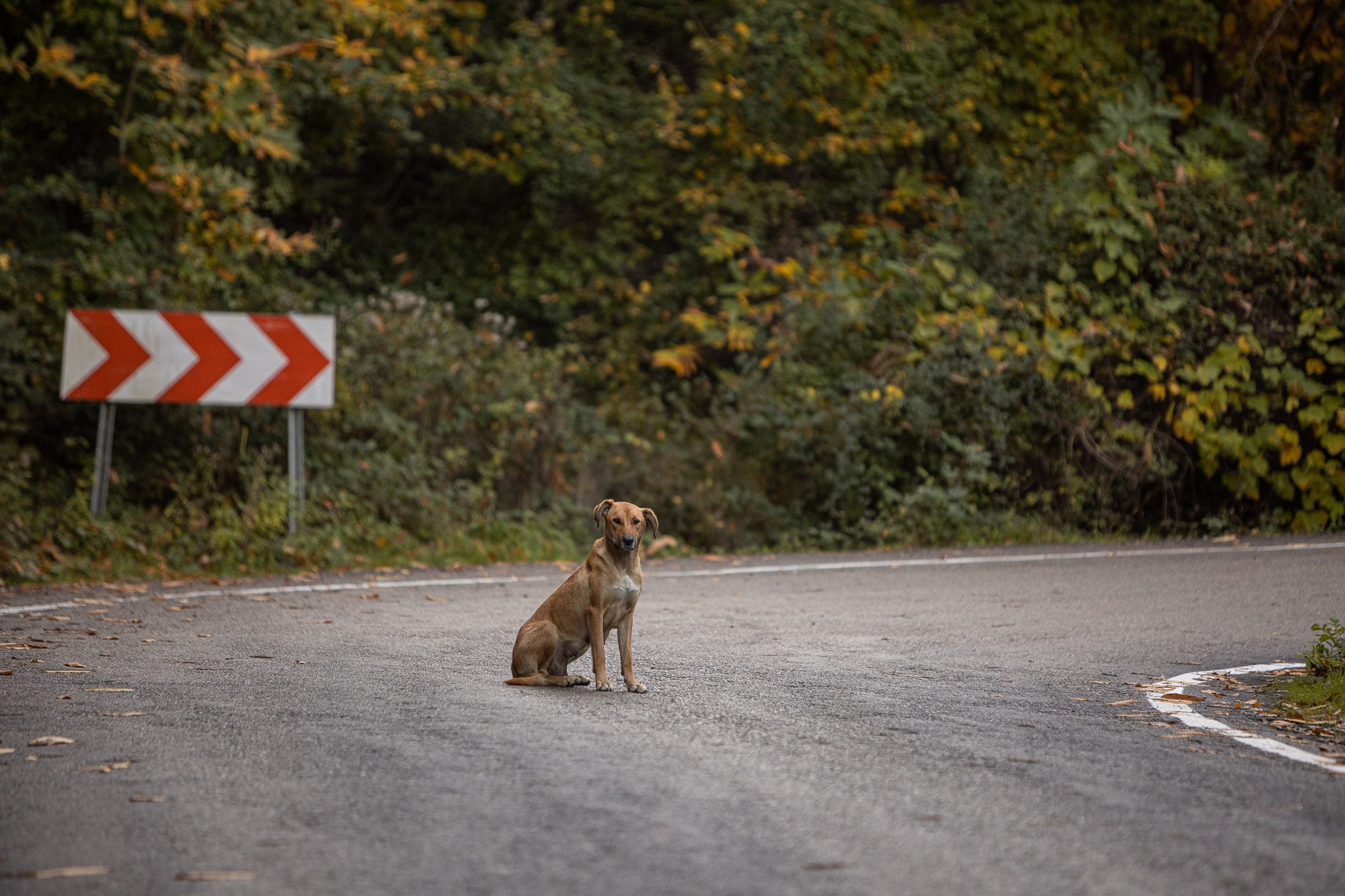 Sunset over the Black Sea: 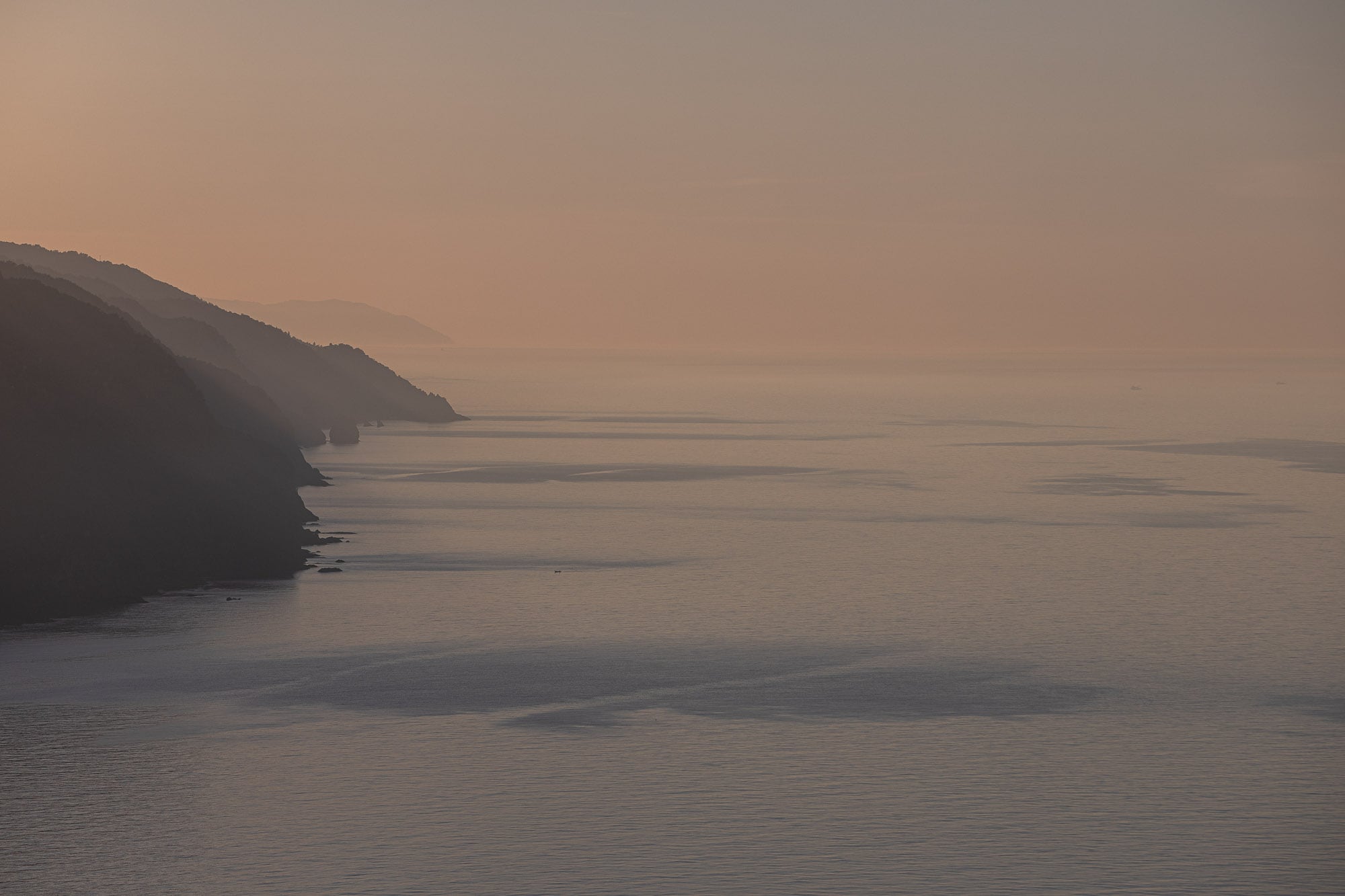 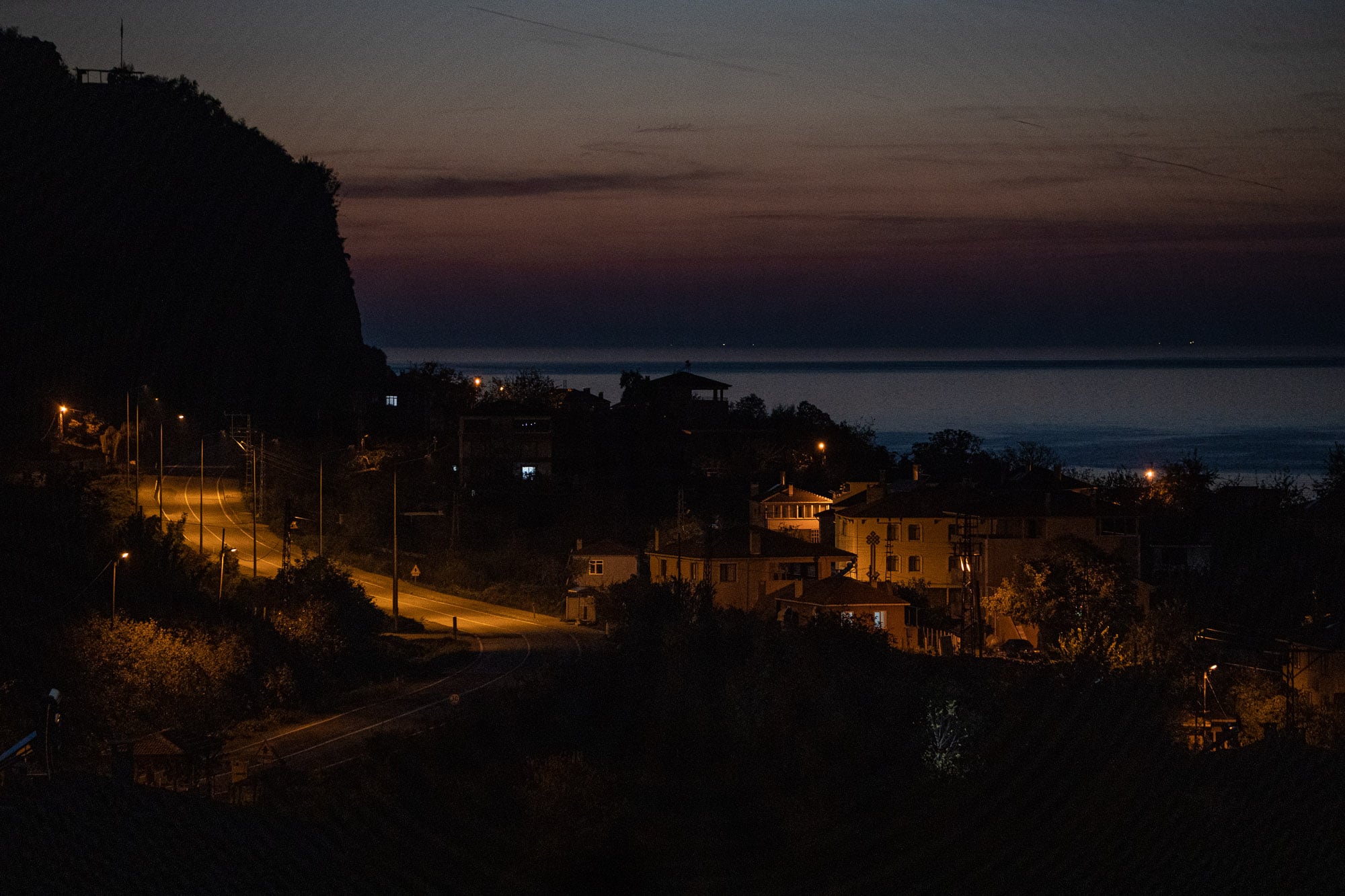