This post is about a walk from a shelter near Camalti to Cide. It’s the second and closing part of this story of regret.

The shelter turned out to be perfect. It was a little house with windows and a door, and next to it there was a water faucet, a toilet, and a separate prayer room. I slept right next to the Caboose, and I loved it.

But guess who was there when I went outside to brush my teeth? Yes, the dogs. They had been waiting all night, hoping that I would somehow change my mind and give them some more of those beans.

how it should have been

I felt terrible for them. They were good doggos, they hadn’t eaten in a long time, they were skinny, and the night had been cold. And yet here they were, putting their trust in me, the Bean God™, to make things right and cause beans in red sauce to magically appear.

I wished I could play with them for a little while, pet them, tell them they were good girls and boys, and then put a bunch of food in some place for them – and leave. But that would have only made it worse. It would have made them follow me around forever.

So I didn’t do any of those nice things. Instead I yelled at them to fuck off, and I continued to throw little rocks in their direction. But they kept following me.

And I noticed something heartbreaking about them: they would make whimpering sounds even though my rocks never really hit them. They knew exactly what it meant when people threw things at them. It meant pain. These dogs had been conditioned for pain.

And so they left a distance between themselves and me. But they didn’t give up. They kept following me, and every time I stopped to yell at them or throw some more rocks they turned around and waited until I was done. Then they continued to follow me.

I slowly started hating the dogs. Why did they have to be so desperate? Why hadn’t they gone back to the puppies? Why were they so suicidal on the road? Why had they picked me of all people?

And little by little a new idea crept into my mind: at this point they must have known that we weren’t friends, right? And I probably looked pretty pathetic to them when I was pulling the Caboose up those inclines.

What if they were just waiting for me to collapse so they could eat whatever food I had on me?

When I arrived in a village I went into a shop to stock up on hot water and supplies: tomatoes, cheese, bread, a can of cola. The shop owner, an old man with a mustache, noticed the dogs following me around and shook his head.

Then he did what needed to be done, and what I didn’t have the heart to do: he picked up a two-by-four and threw it at them, cursing. Then he ran after it, picked it up and threw it again. All while relentlessly cursing. He did this for a few minutes, then they were gone.

I thanked him and continued walking, wondering if the dogs would find me.

But as I came close to the town of Cide in the night, I started feeling terrible for those poor doggos. They were somewhere out there, hungry and skinny and cold and very far from the place they were used to. All they had ever gotten from humans were curses and objects thrown in their direction.

And I understood that the reason why they had decided to follow me was because I had been friendly to them in the beginning, even giving them that one bag of beans. It had been enough to convince them that I would always be kind to them.

But as it turned out, I wasn’t. I was selfish just like everyone else.

I hadn’t even given them names.

Inside the shelter near Camalti: 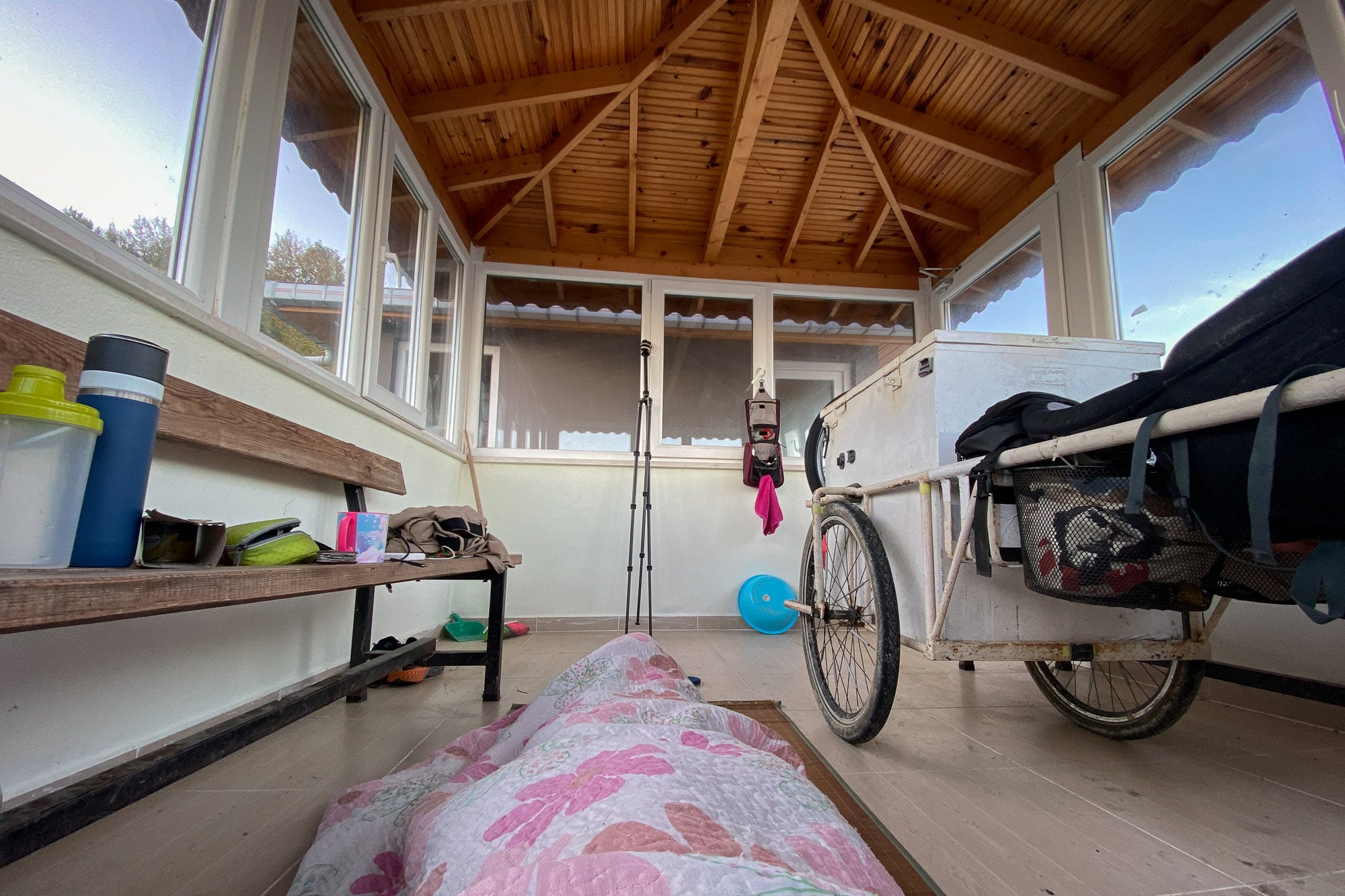 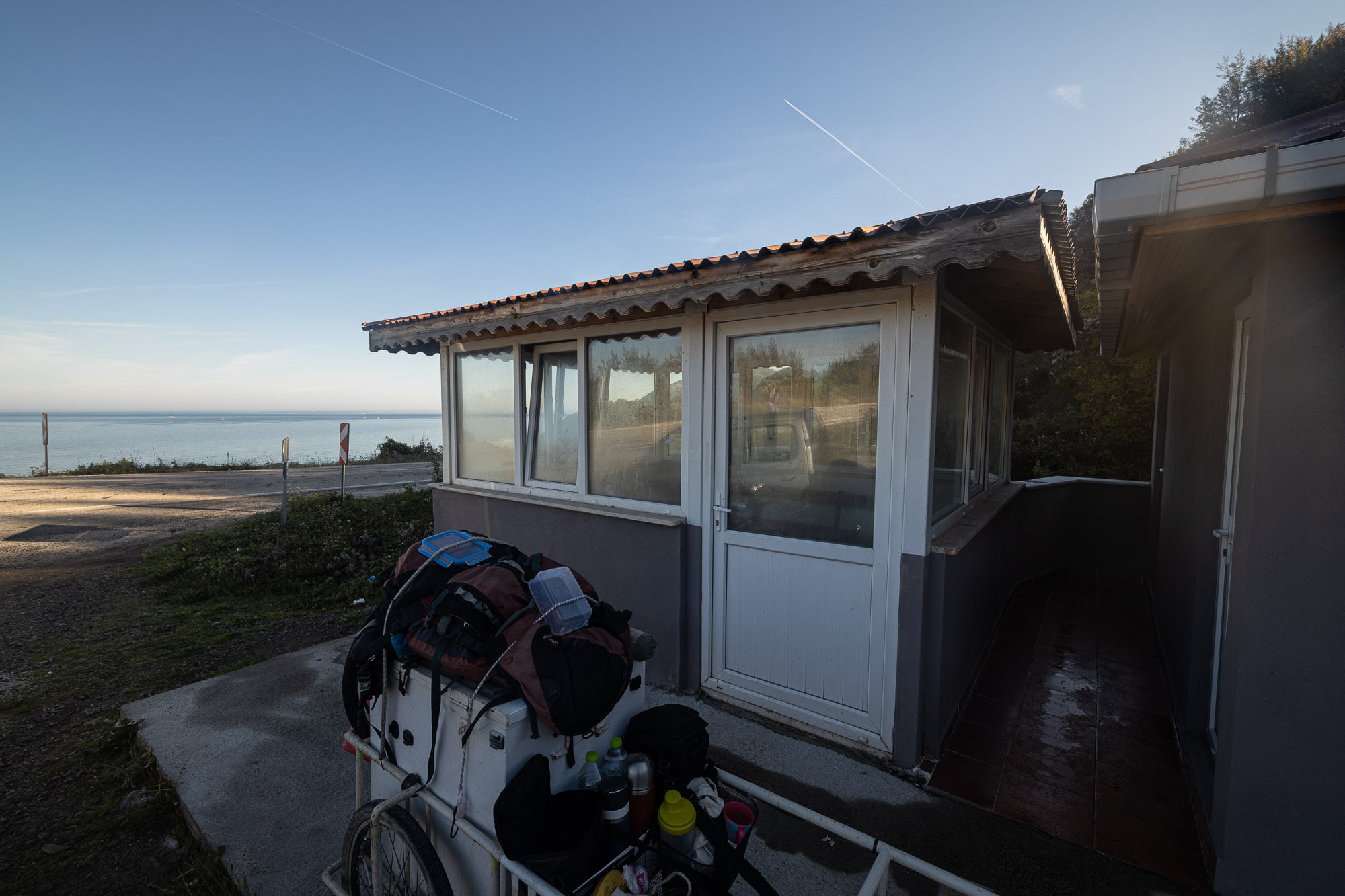 The doggos in the distance: 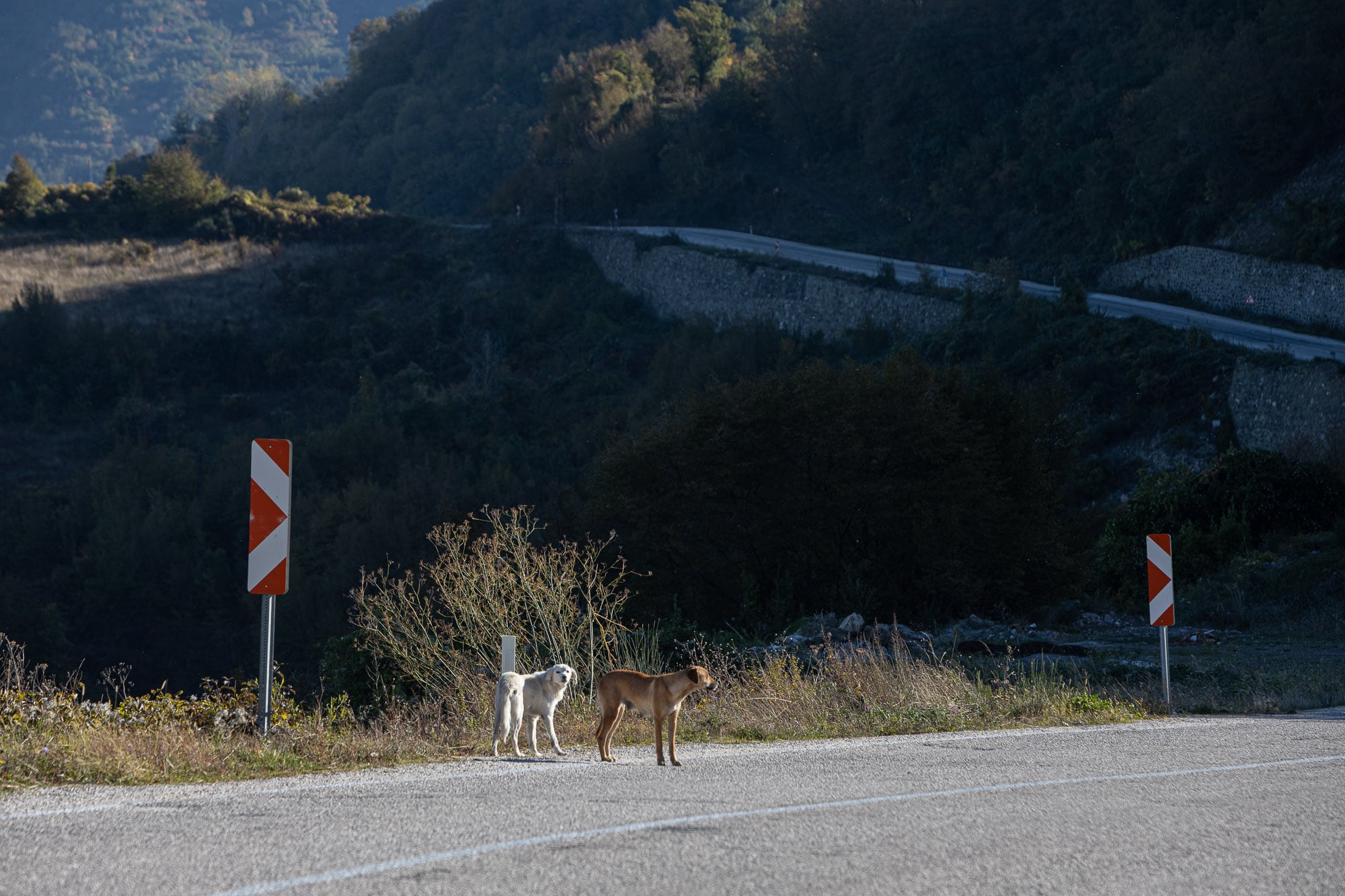 The road to walk from Camalti to Cide: 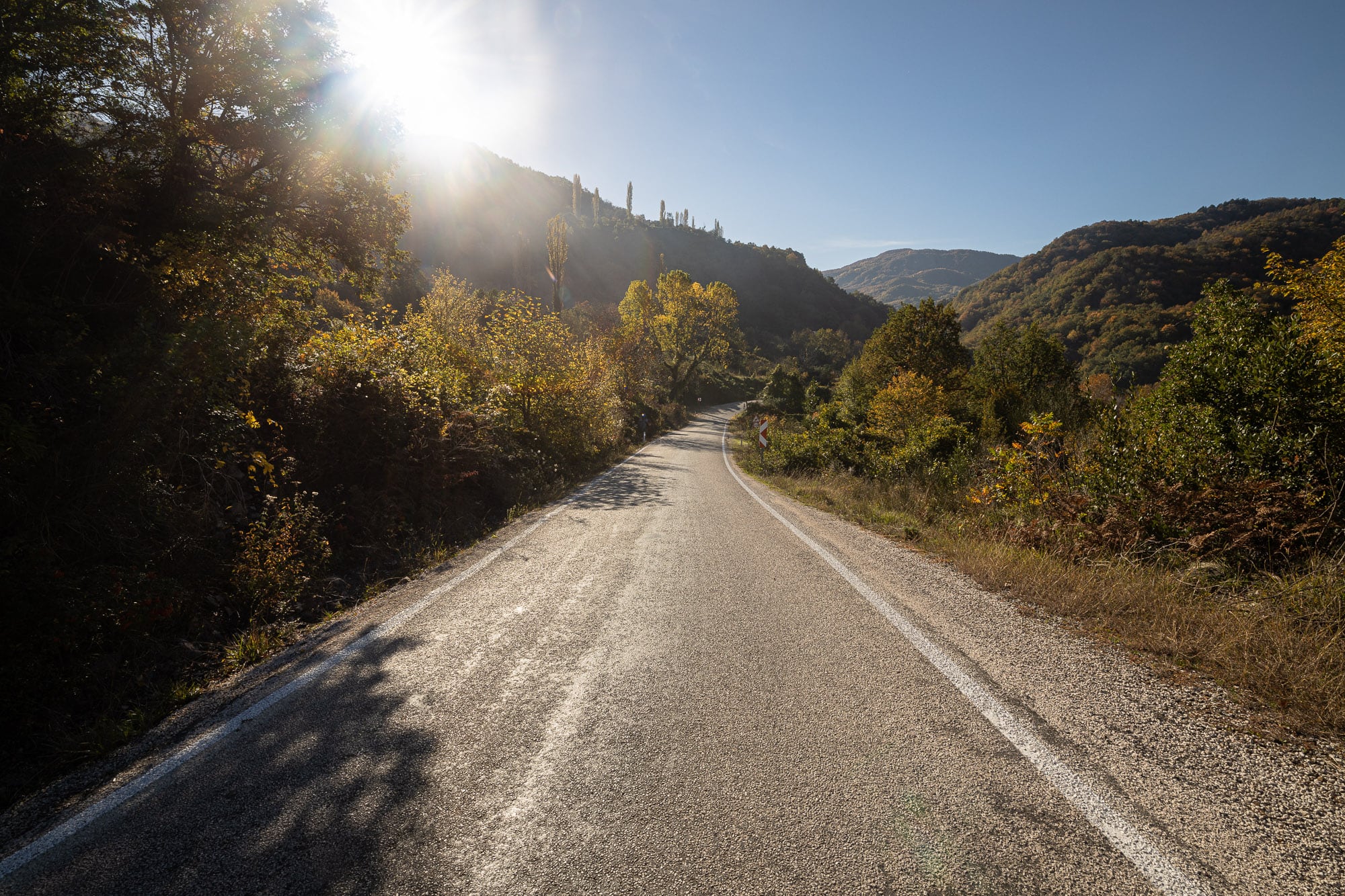 Resting on the Caboose: 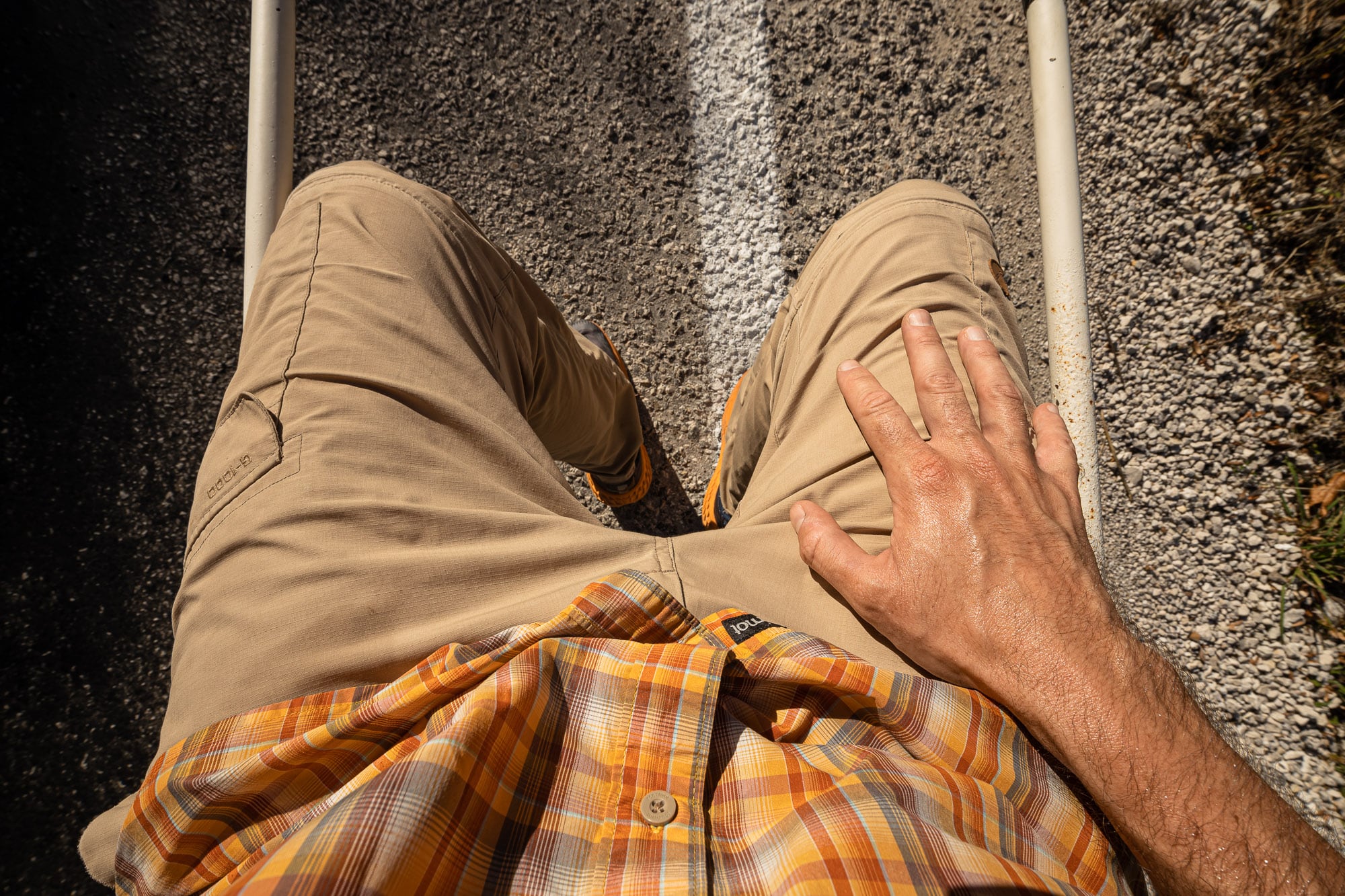 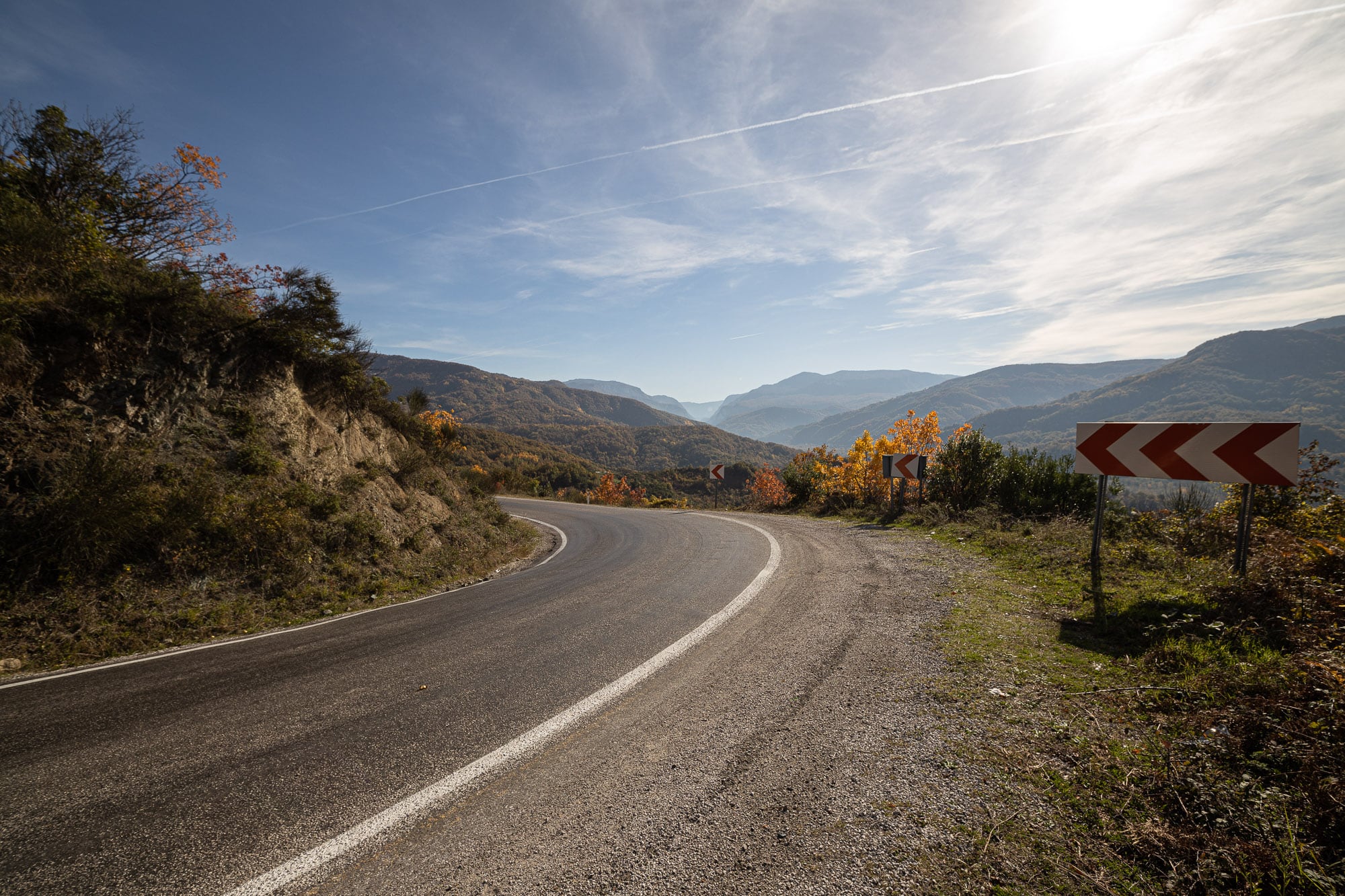 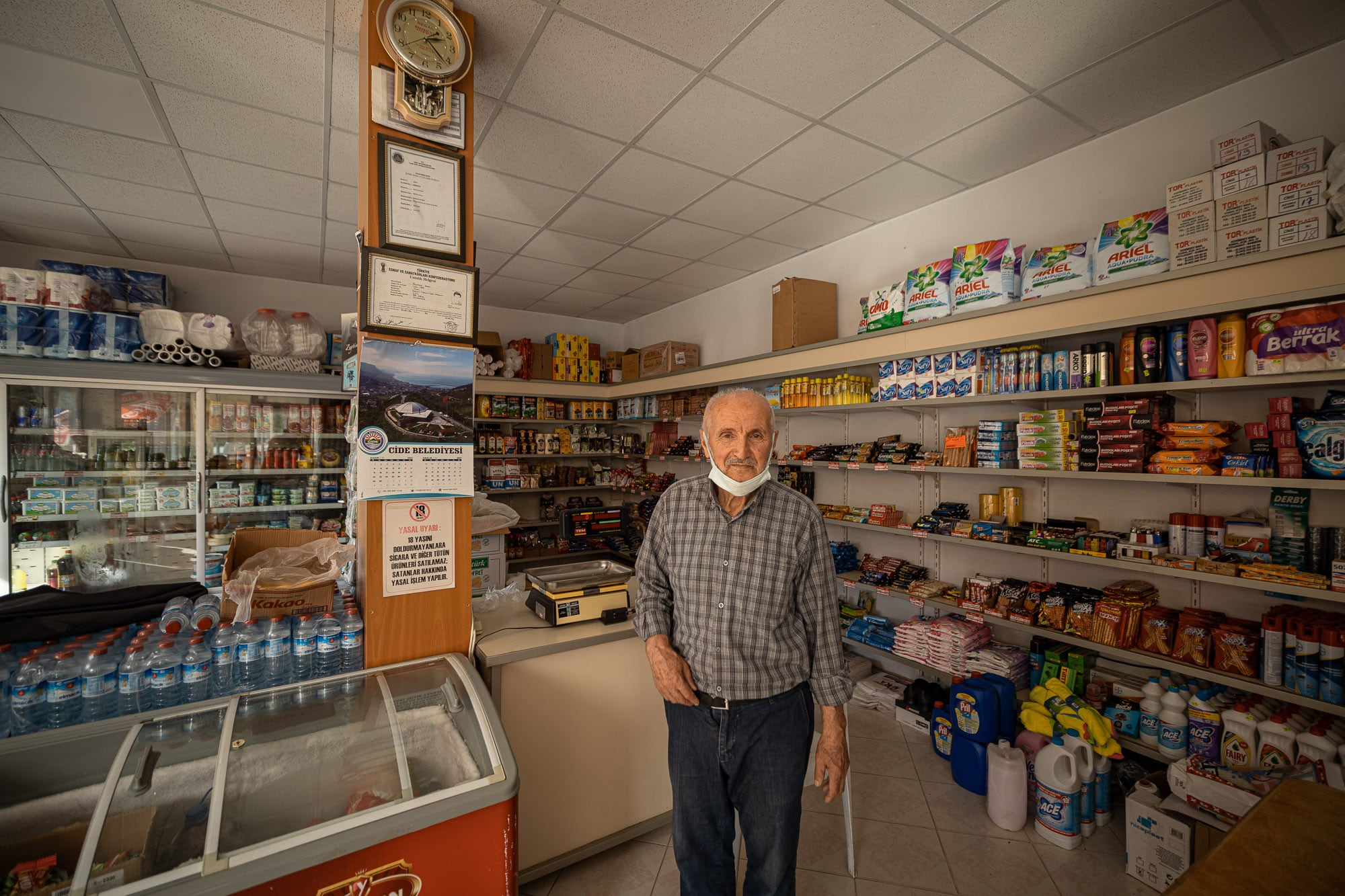 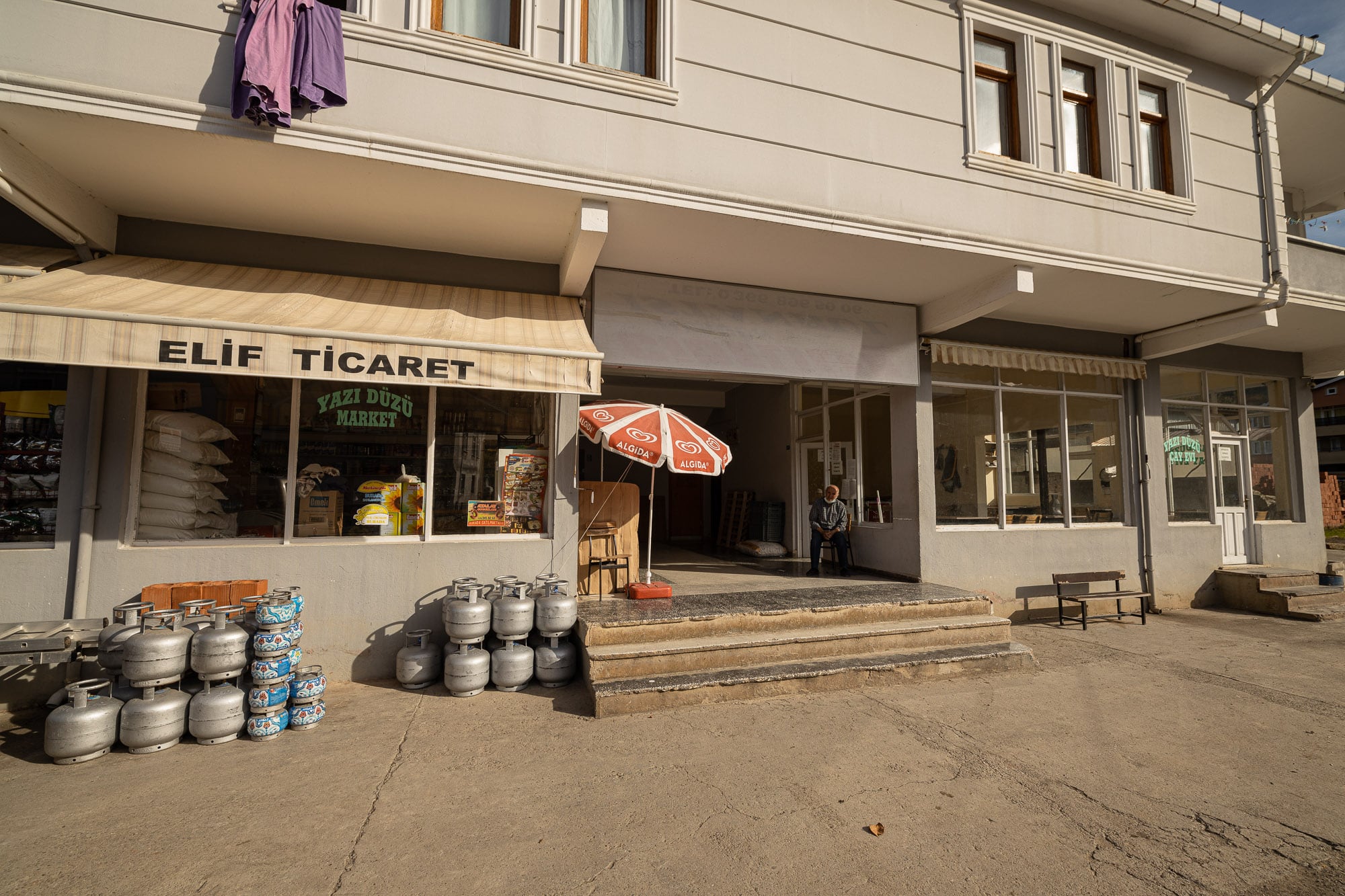 More of the road to walk from Camalti to Cide: 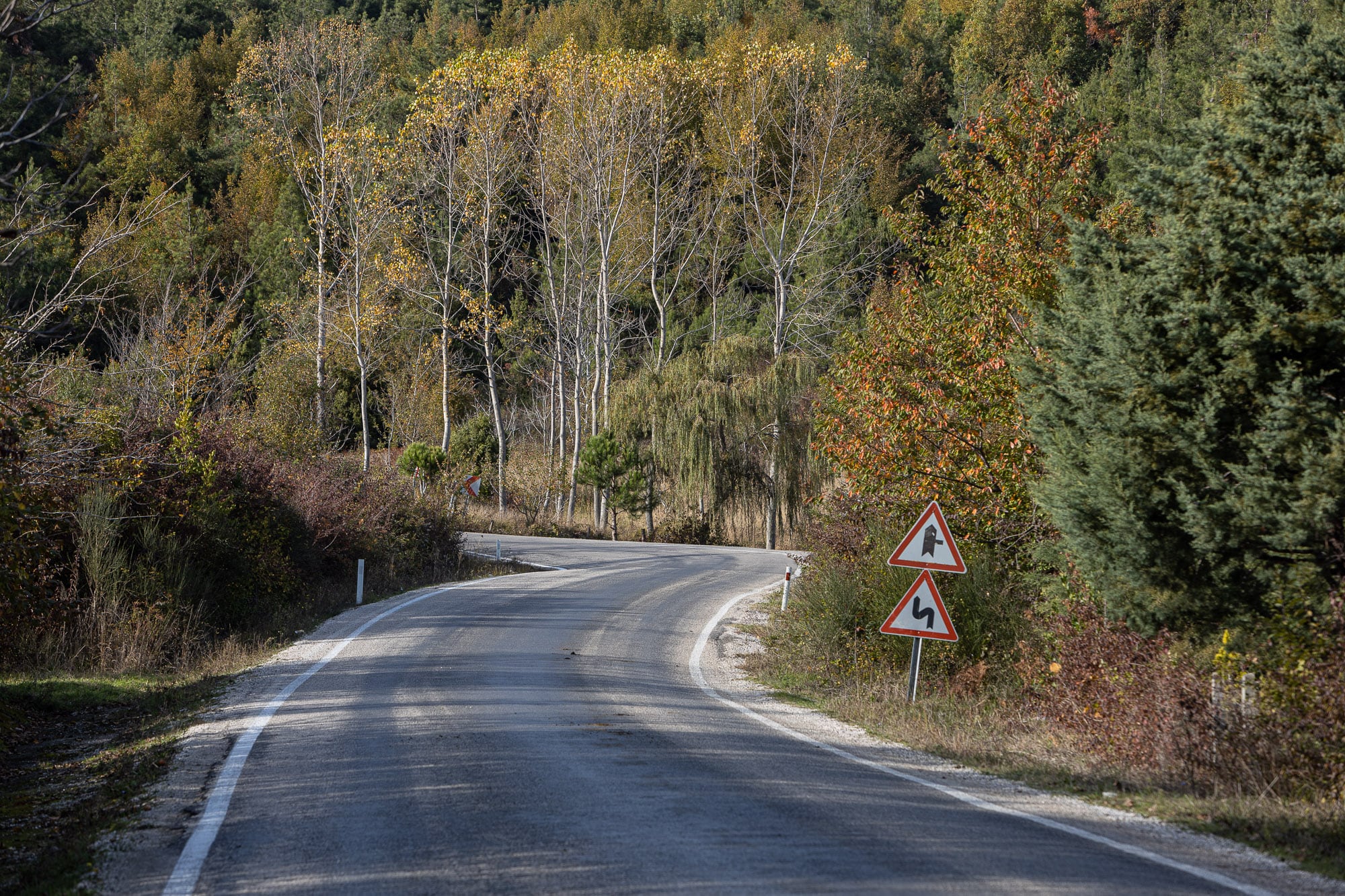 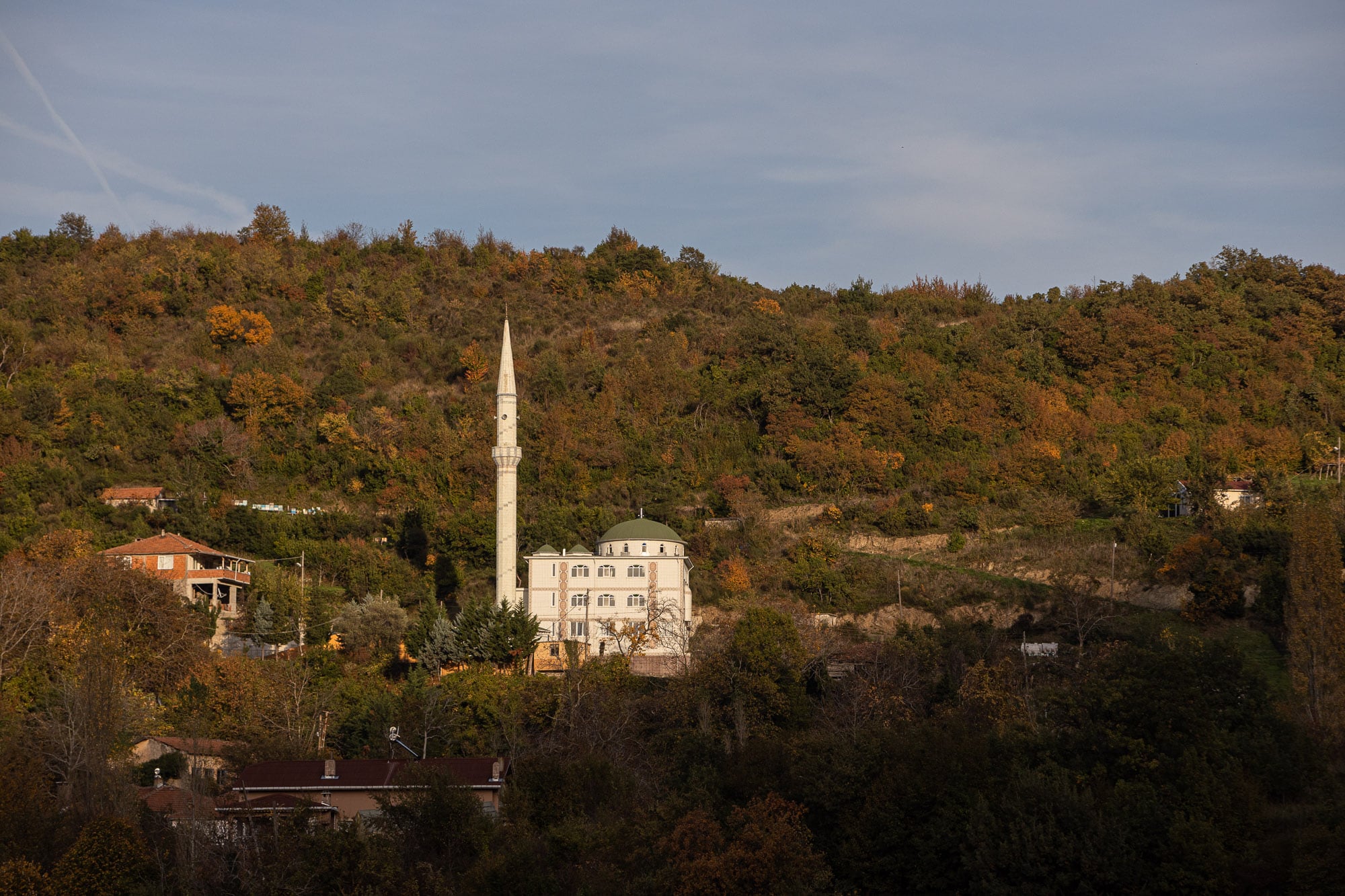 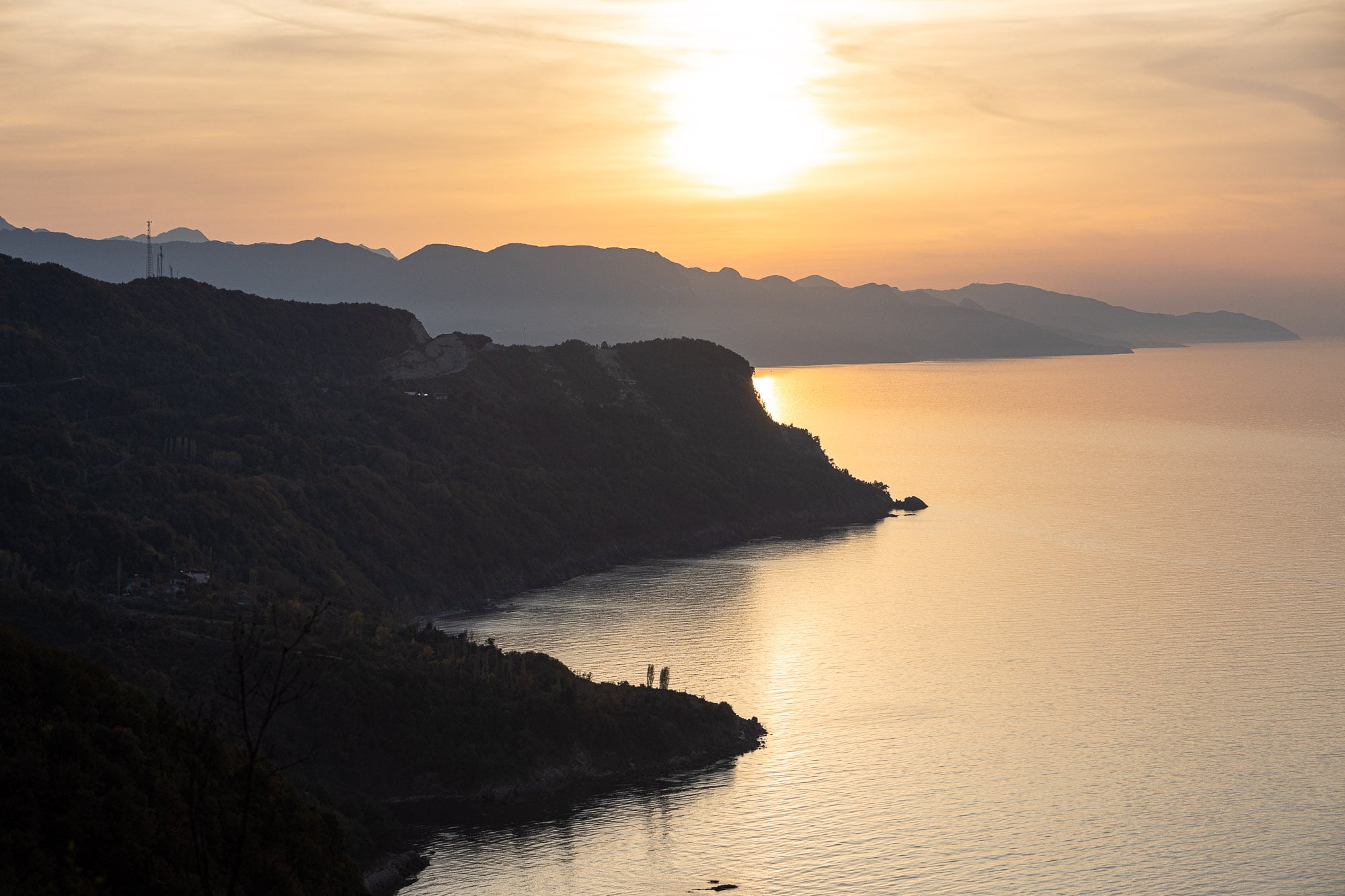 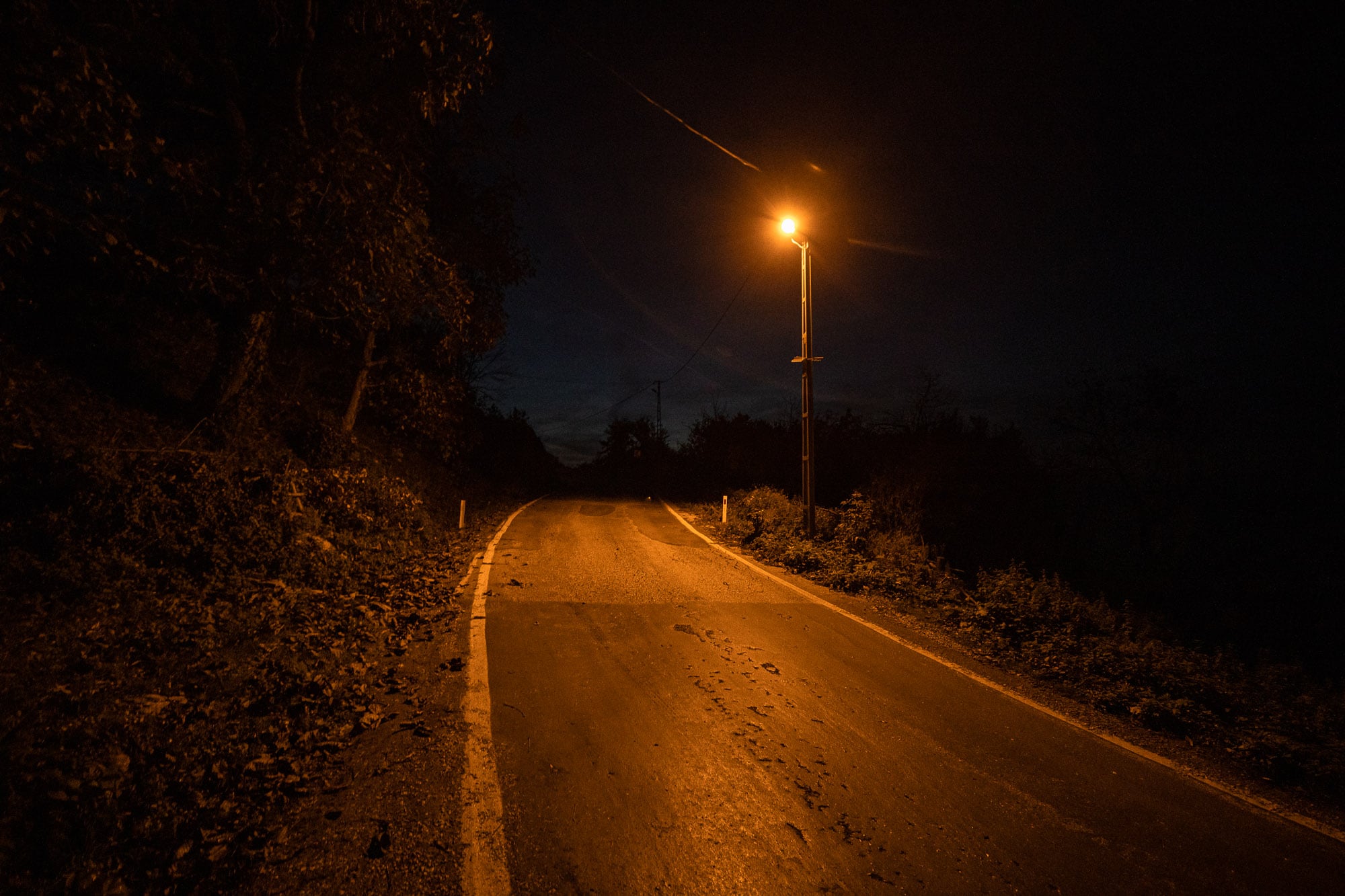 Day 1541
from shelter near Camalti to Cide