This post is about a 26km walk from Abana to Inebolu. I reenacted a movie scene on the way, and in the end there were torches.

It had rained heavily during the night. But when I left Abana in the morning, a bit of water here and there and a sense of freshness in the air were all that was left of it.

The road hugged the coastline, and it went up and down in short and steep waves. There were a lot of stray dogs, some of them angry. A few times I had to brandish my stick.

After about half of the way, I walked past a filming location of the movie “Mustang” – the scene where the girls want to catch the bus to a football match. I decided to reenact the scene

Then I stopped a few cars and asked the drivers if they knew the movie. None of them did. One gentleman introduced himself as Senol and said he ran the first pizza place in Inebolu. Did I want to come over?

There is this weird thing about food in Turkey. Even big cities like Trabzon and Samsun don’t really seem to have much culinary variety to choose from. While an average European town would have food from places like Italy, Greece, Turkey, China, and Thailand, in a Turkish town it was mostly just Turkish food or bust.

So of course I wanted to come over!

The pizza turned out to be great. Cheesy, very cheesy. And just as I was done eating, there was suddenly a lot of noise outside. “It’s the Republic Day celebrations,” Senol explained. I had seen some festivities on Republic Day in Fatsa two years earlier. But this was different. In Inebolu, people would march around carrying flags and torches. Tiki torches, that is.

I walked with them for a little bit. Then I got a room in a motel and fell asleep.

The road to walk from Abana to Inebolu: 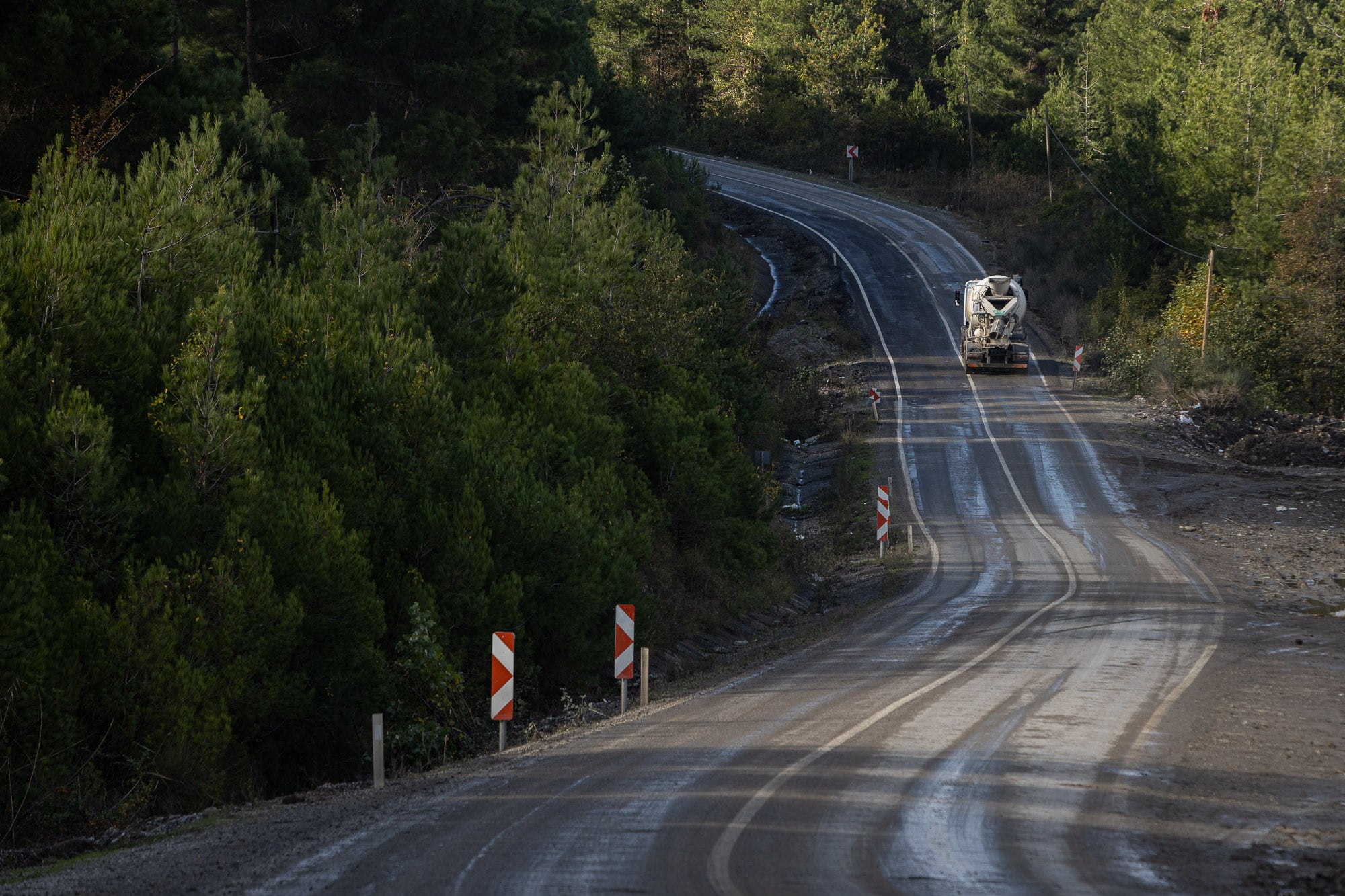 Mosque on the shores of the Black Sea near Abana: 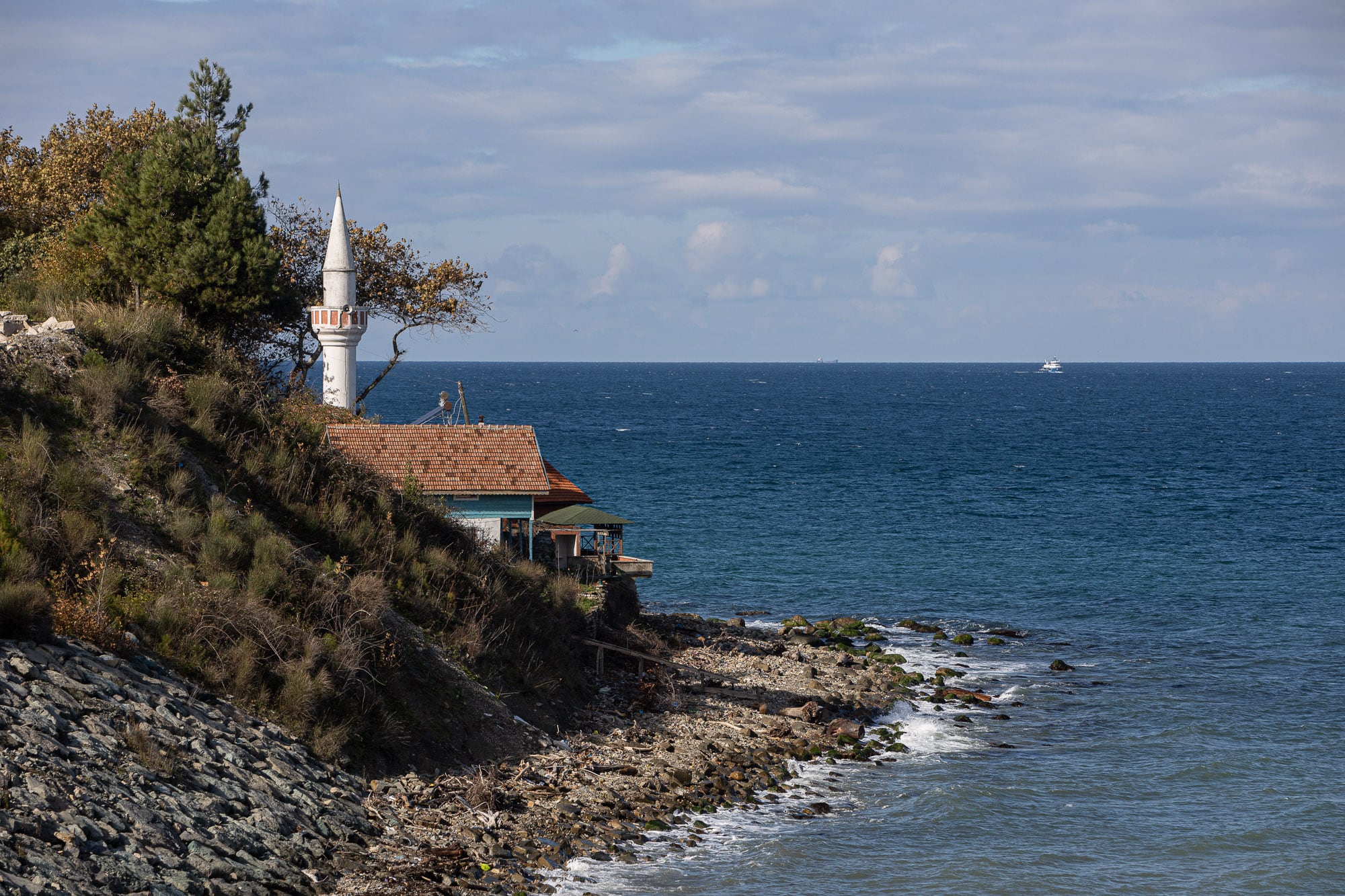 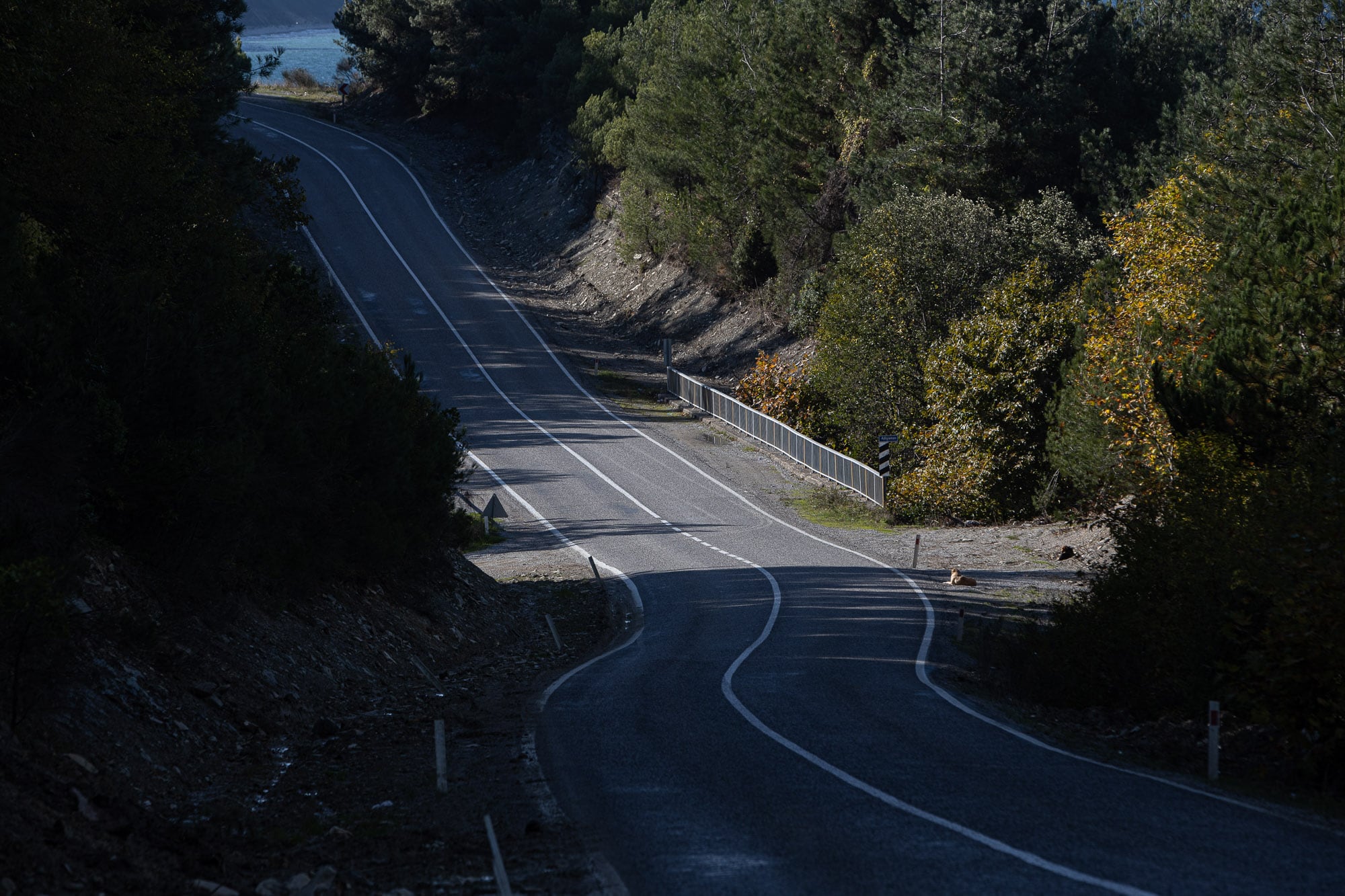 Girls running down a hill in “Mustang”: 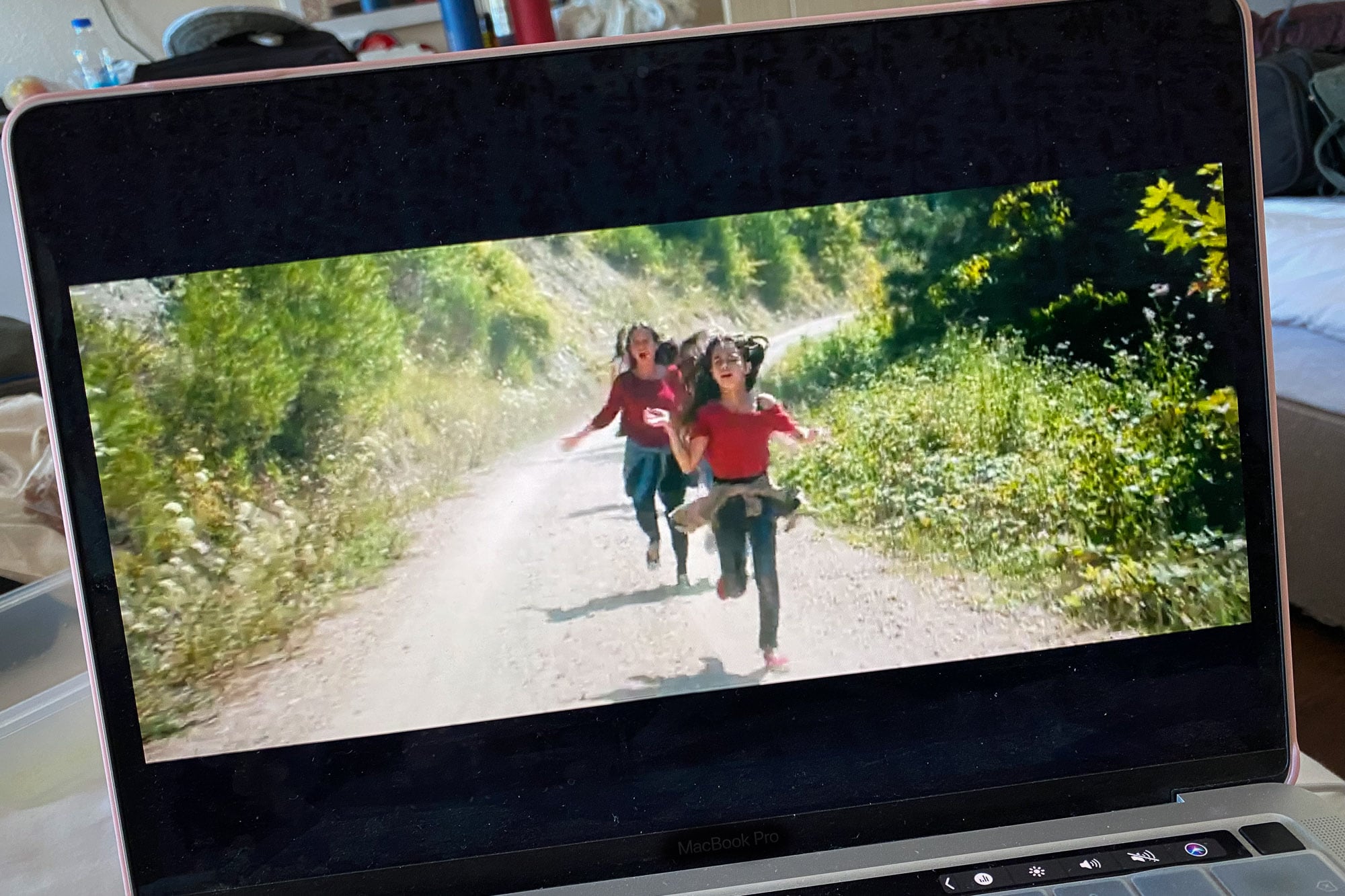 Chris running down a hill on The Longest Way: 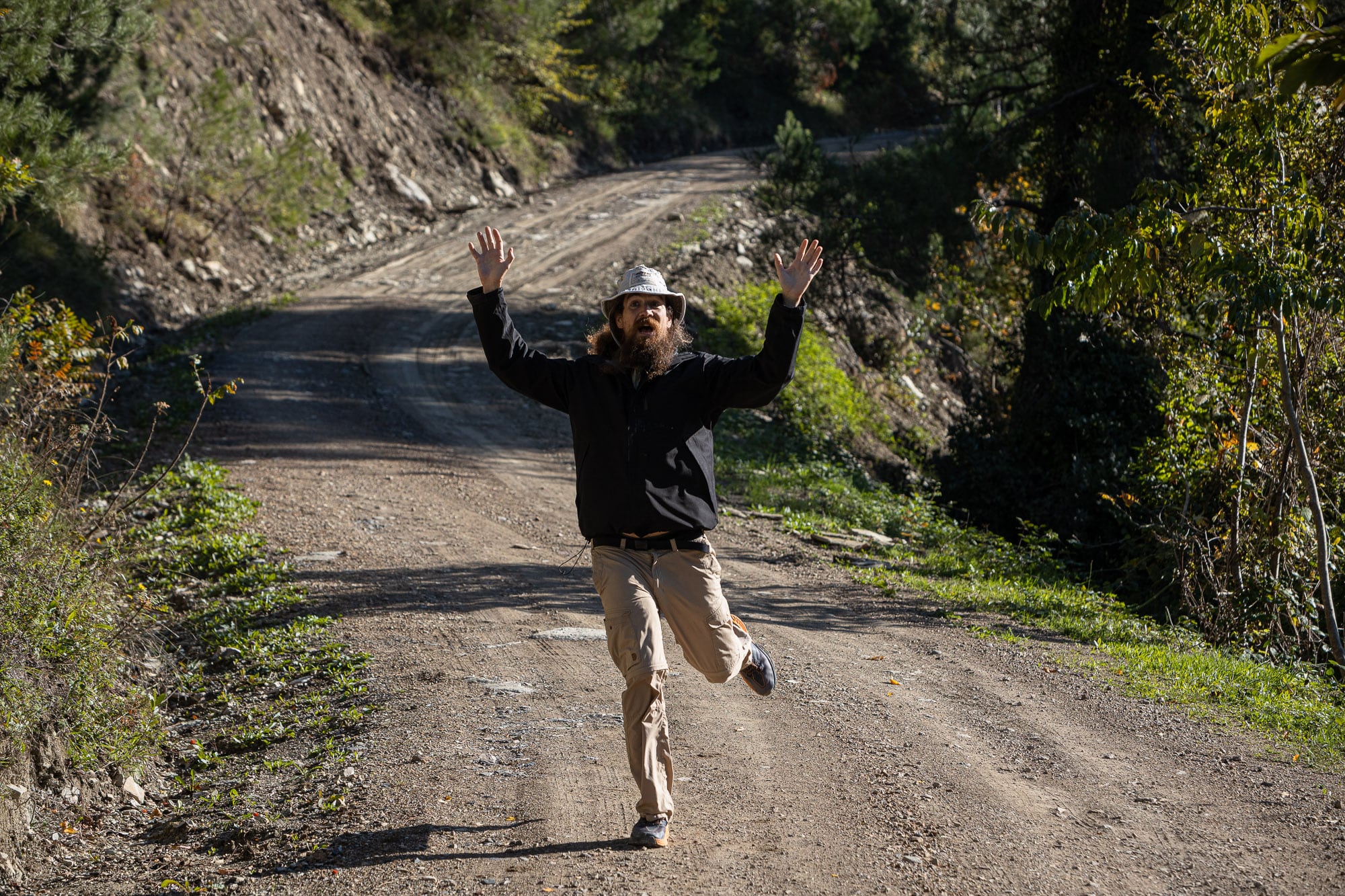 Girls missing the bus in “Mustang”: 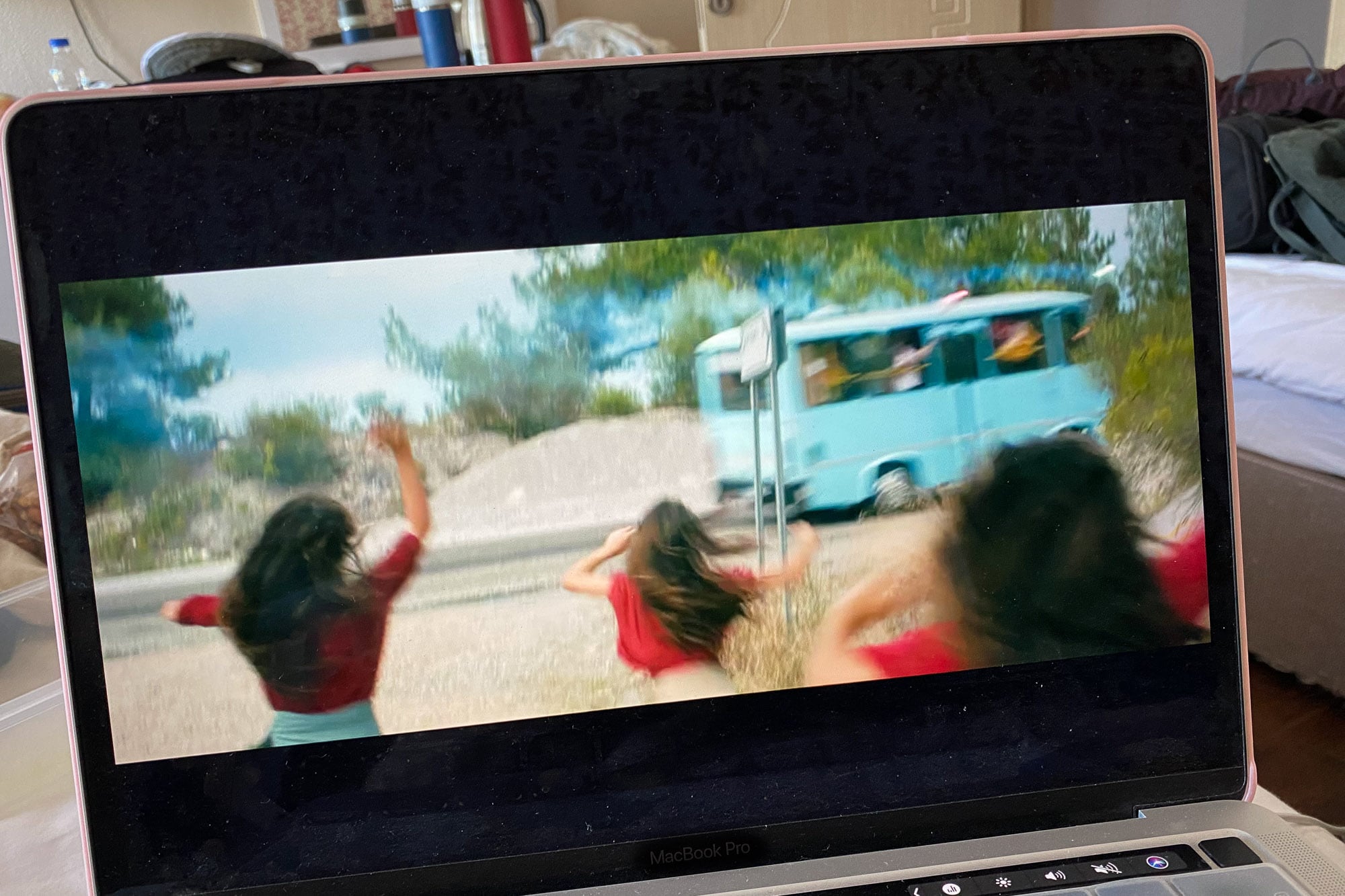 Chris (not really) missing a car on The Longest Way: 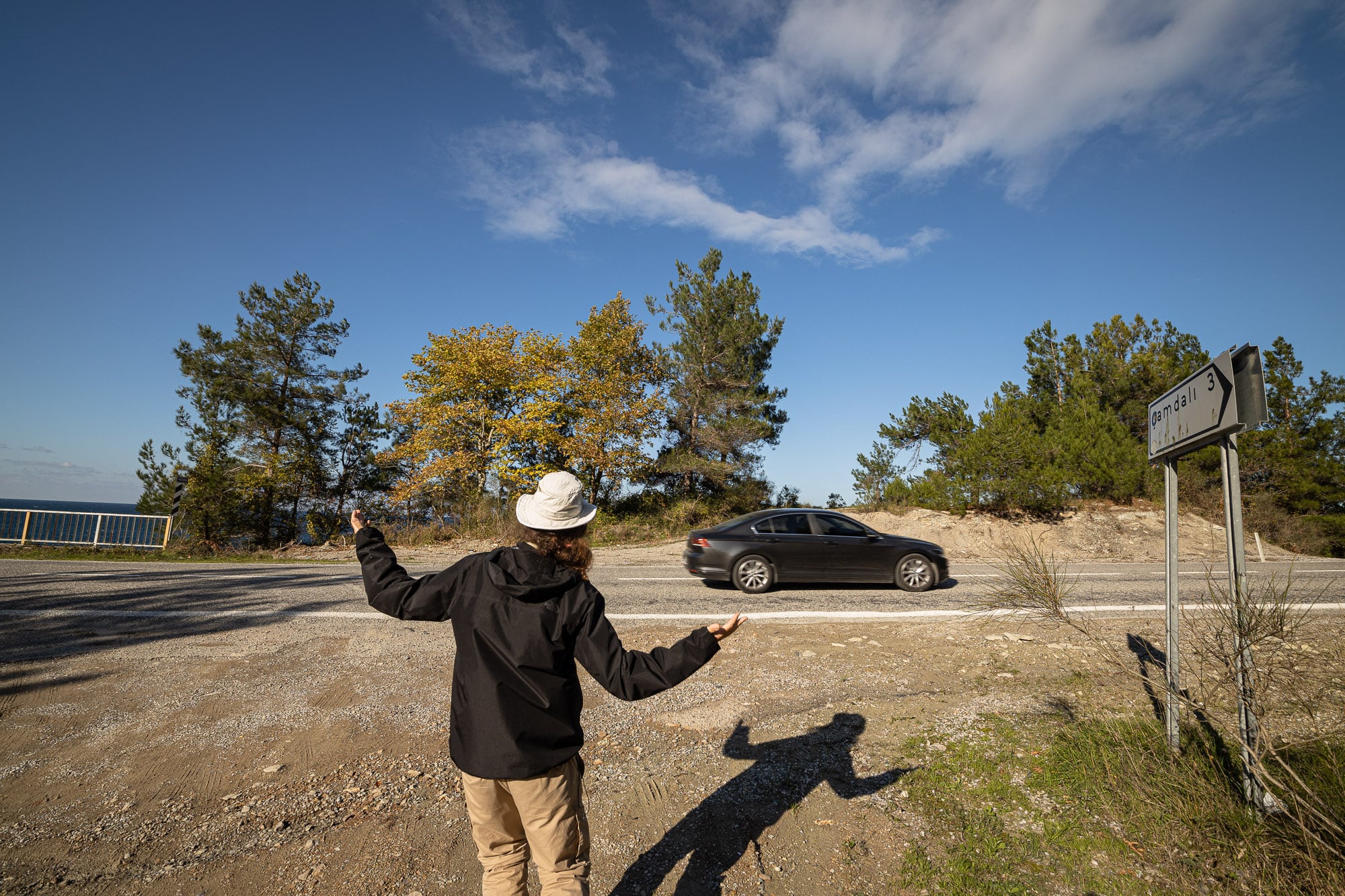 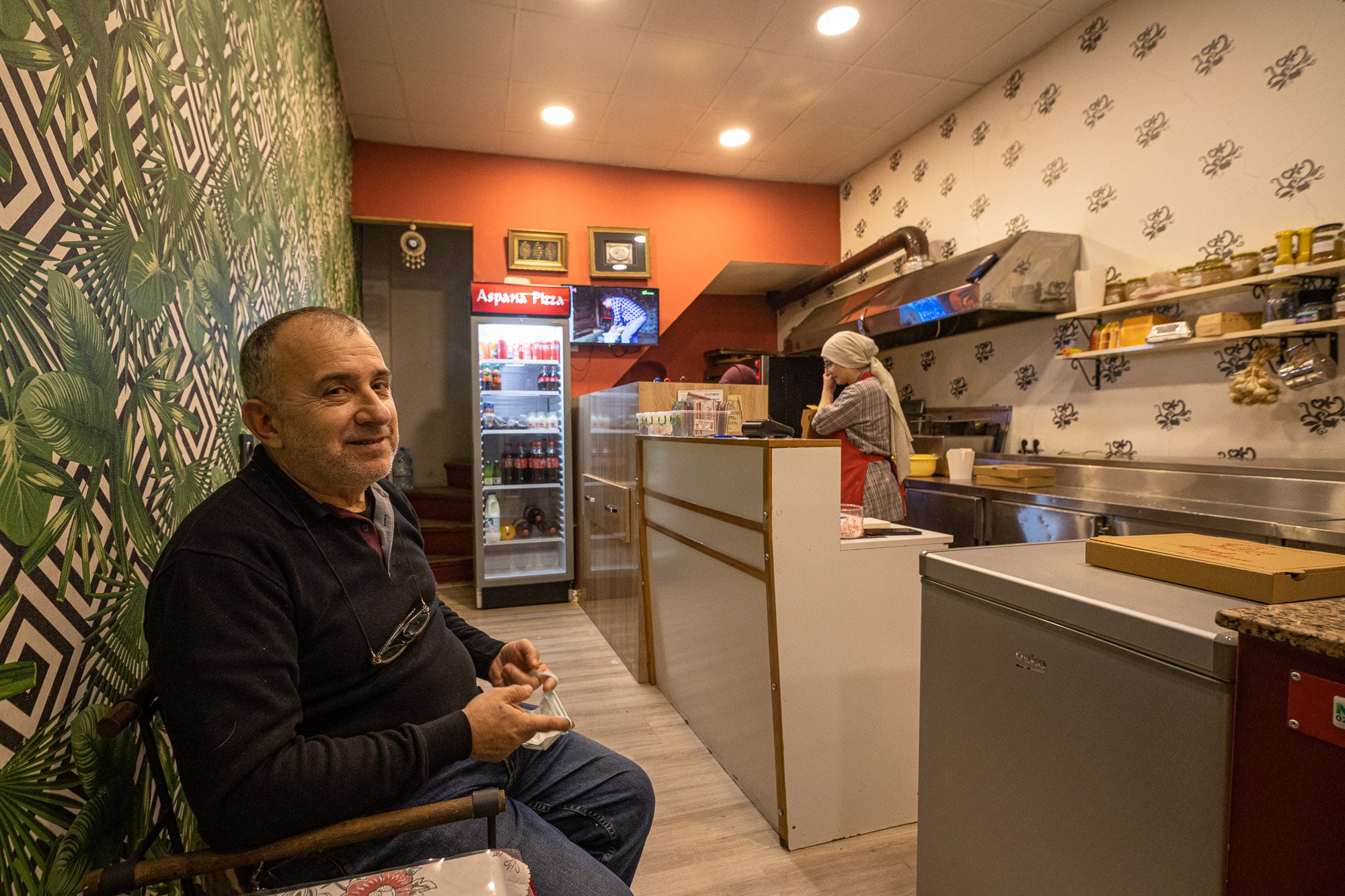 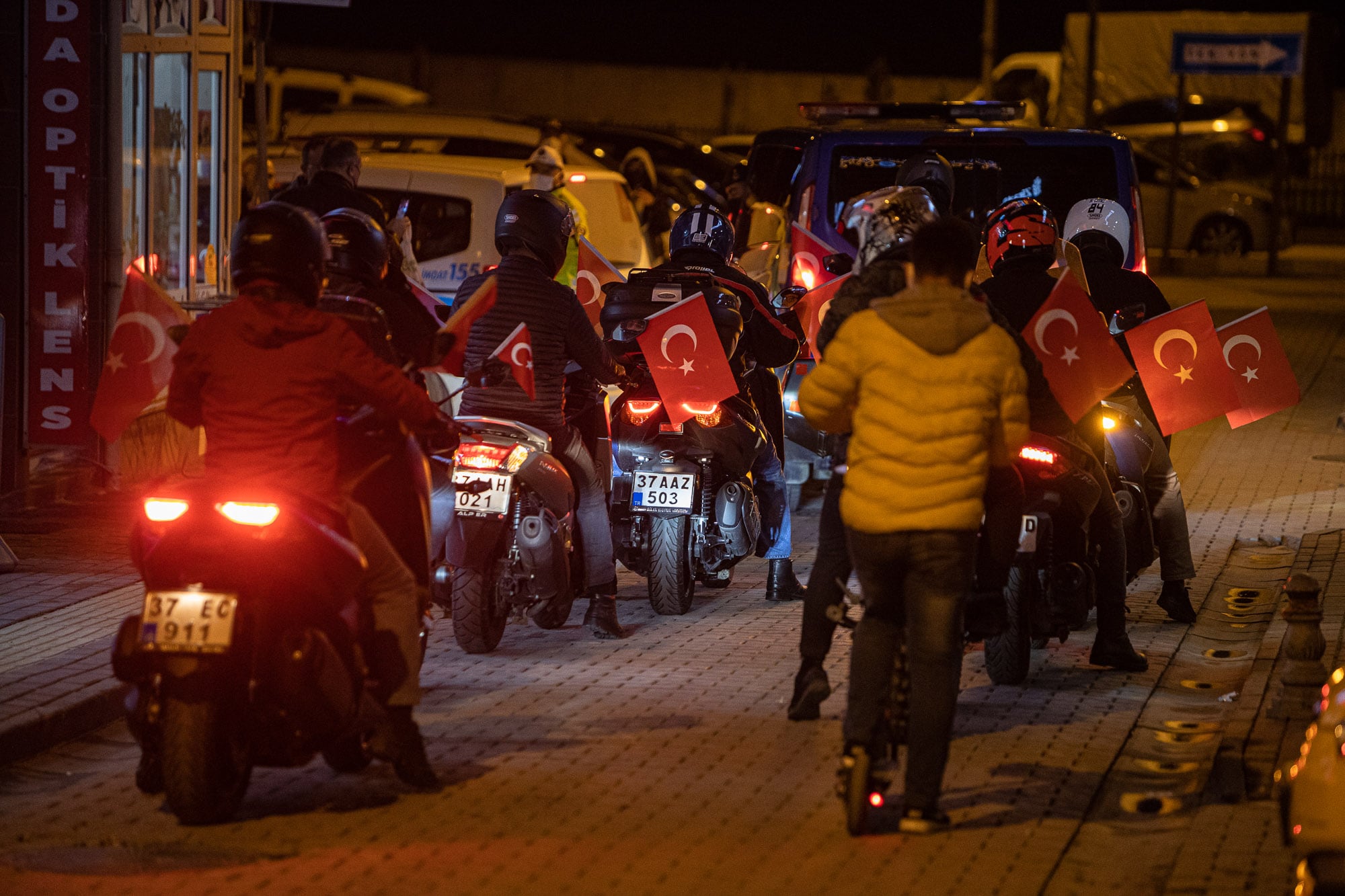 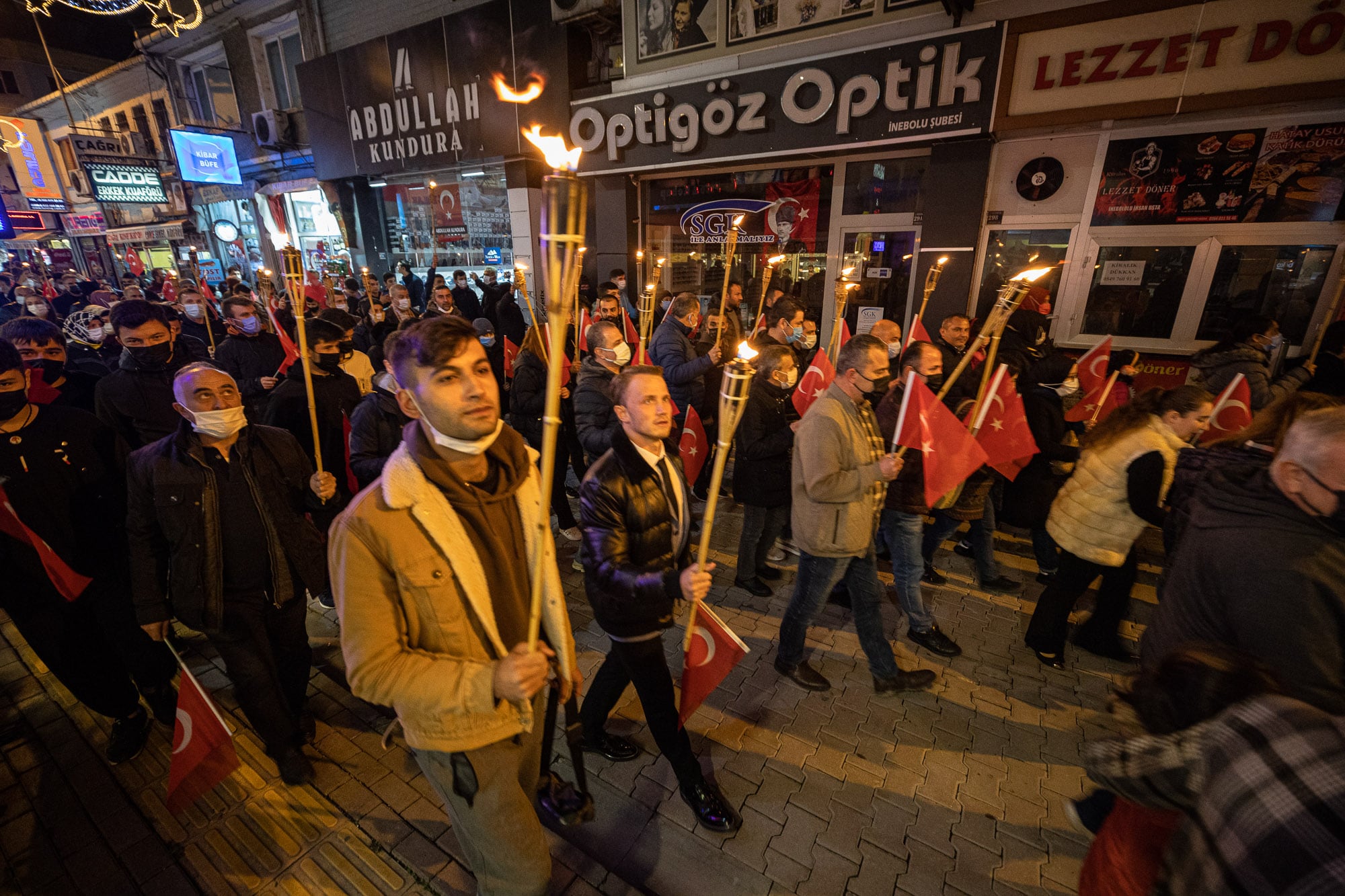 People with flags and torches: 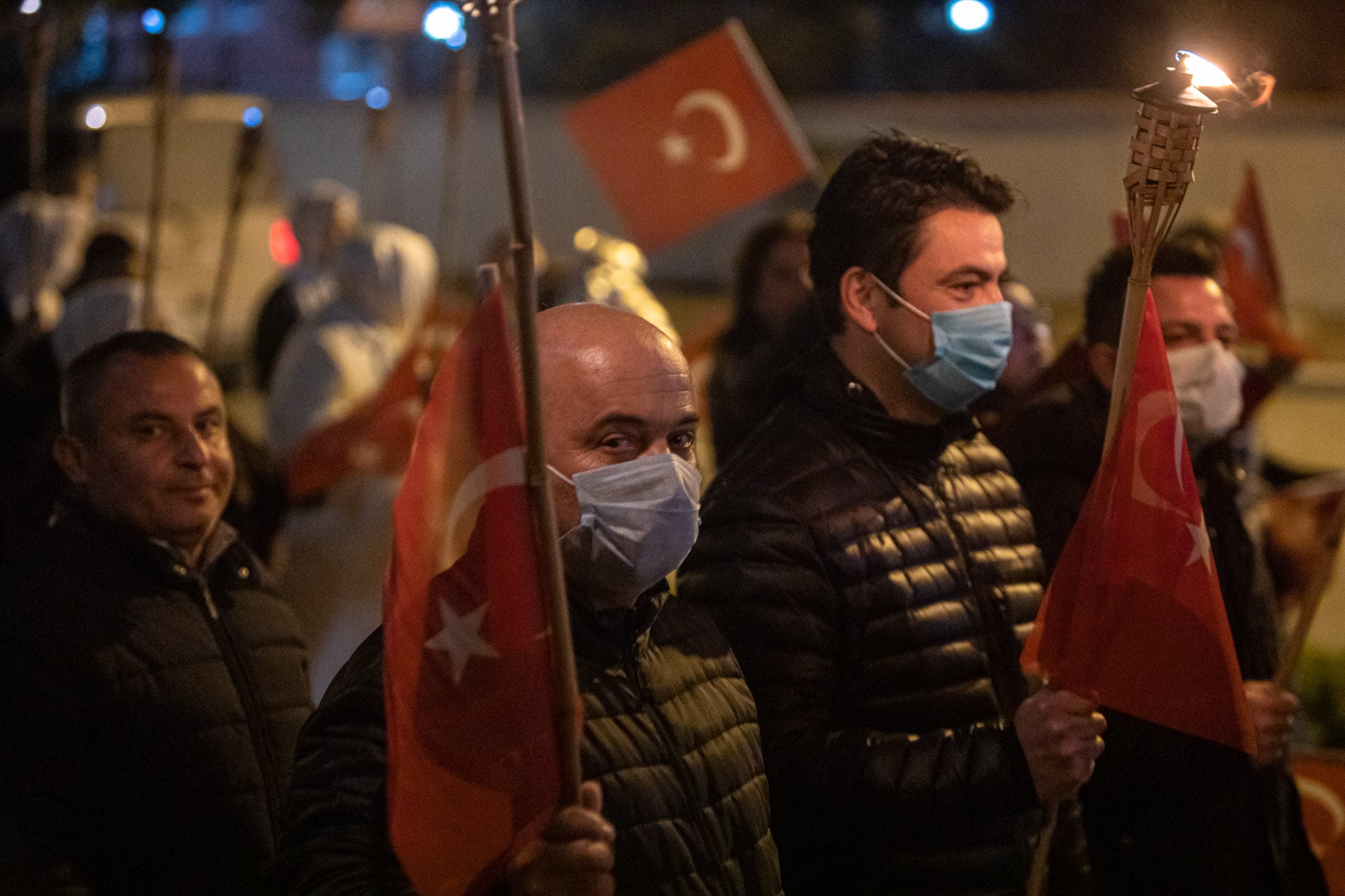 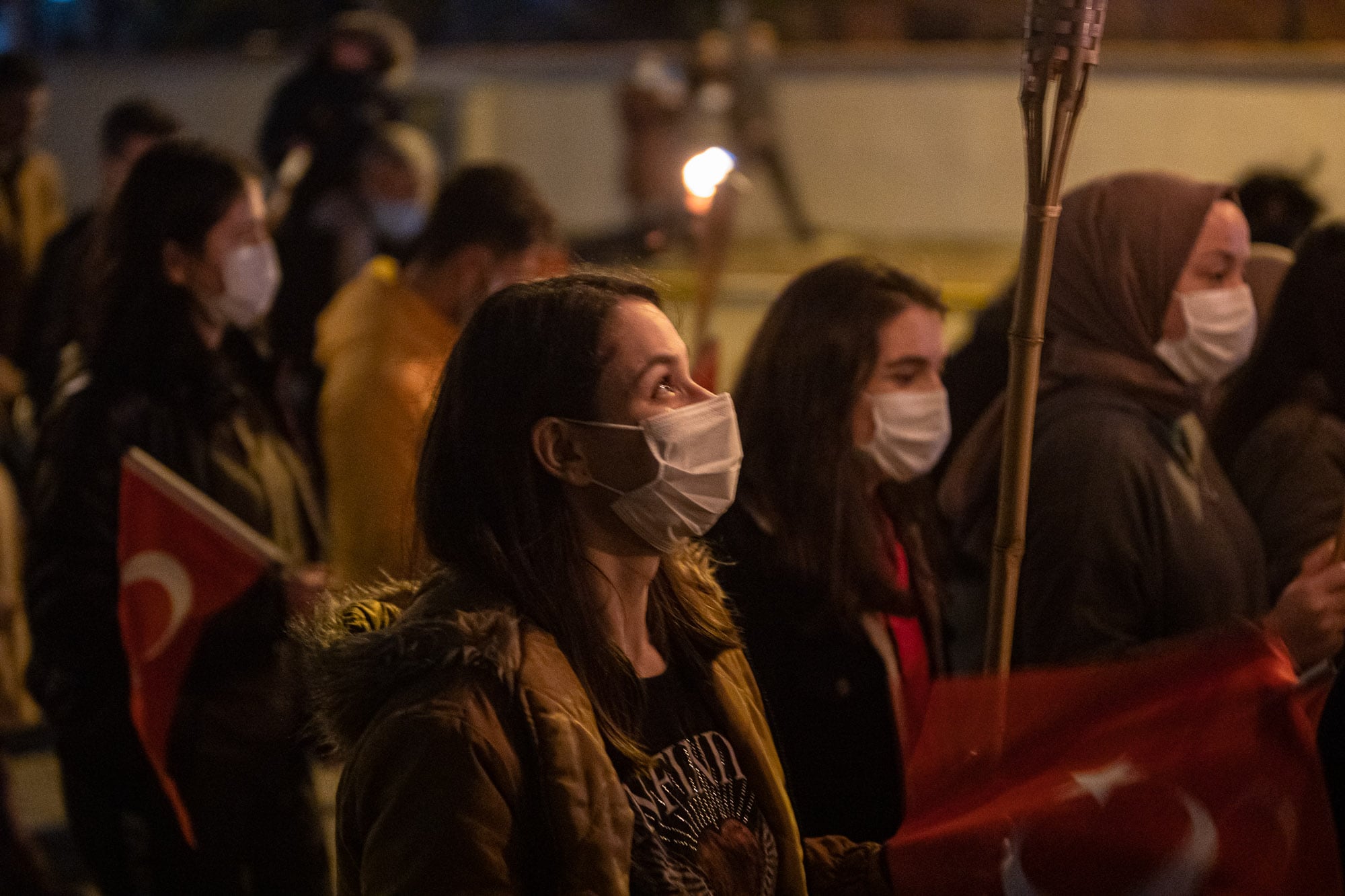 Day 1534
from Abana to Inebolu