This post is about a 25km walk from Inebolu to Kayran. My plan was to stay in a coastal village on the way, but instead I continued walking.

I took a stroll through Inebolu in the morning. Officially I was just on a quest to buy some bananas, but what I really wanted was to see Inebolu, the old Ionopolis.

And I liked it. I couldn’t identify any traces of the old Greek town, but I liked the narrow alleys, the busy merchants, the lazy dogs, the clandestine cats. I walked around for a bit, then I bought my bananas, carried them back to the motel, and got ready to go. The road was waiting.

Turns out the road was a dick. It wasn’t as if there were any more uphill slopes than usual – but they seemed brutally steep. I consoled myself with the thought of camping in Özlüce, a mere 13km from Inebolu.

I was sure I was going to camp on the beach in that village, because the forests and the hills started right behind it. There didn’t seem to be any point in going on endless uphill battles in places where I couldn’t even pitch my tent.

But when I arrived in Özlüce, I had a bad feeling in my gut. It felt like a town from an old Western: a tea house on one side, a small store and a restaurant on the other. There was an atmosphere of paralysis hovering over everything. Even the dogs looked sleepy.

I went to the restaurant and, for lack of a better option, ordered fries. They were very bad. Some young men were hanging around, and one of them asked me questions without smiling and tried the handlebars of the Caboose without asking. Weird dudes.

I decided not to pitch my tent on the beach in Özlüce.

how I went back to the hills

A half hour later, I was on the forest road in the hills, breathing heavily and questioning my decision. Maybe the weird dudes were just normal young men, and maybe Özlüce just seemed a bit odd because it still hadn’t recovered from the flood two months earlier. Maybe I was stupid?

But I try to listen to my instincts when I travel. And besides, the decision had already been made, and all there was to do was to keep going. There were bus stops with little shelters on the roadside here and there. I figured if push came to shove I could just curl up in one of them.

Two hours later, long after darkness had swallowed the hills, I arrived in a village called Kayran. It, too, had a tea house. I sat down and ordered a glass of tea. Then another one. I asked for a place to pitch my tent, and an old lady appeared. She had lived in Germany for 35 years, and she was determined to sort out all my problems.

In the end, I was told to go to the mayor. He put me up in a sort of conference room right next to the mosque. It was unheated, but I loved it. There was no need to get out my tent. There were no dogs, no cars, and no weird dudes. 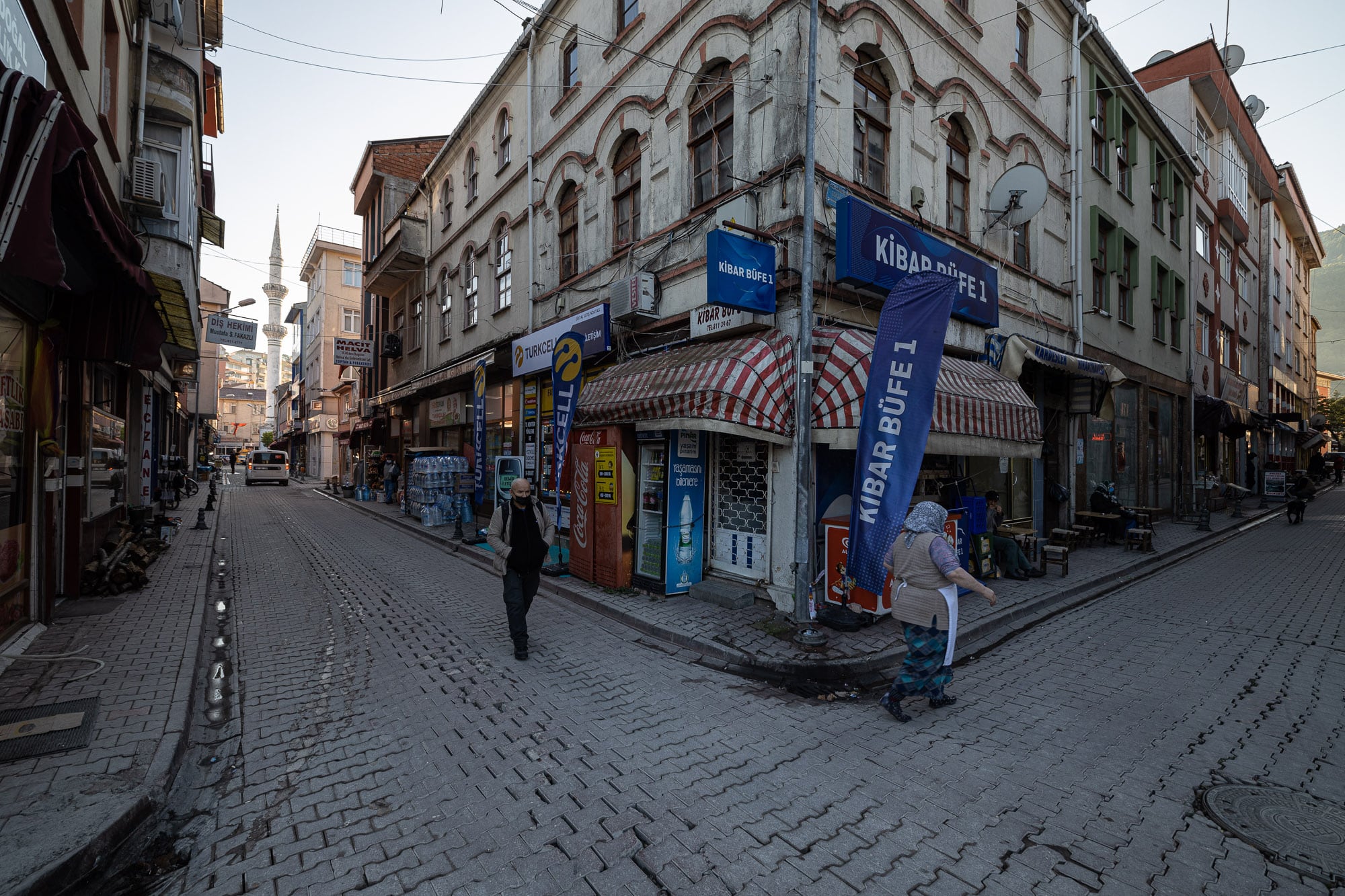 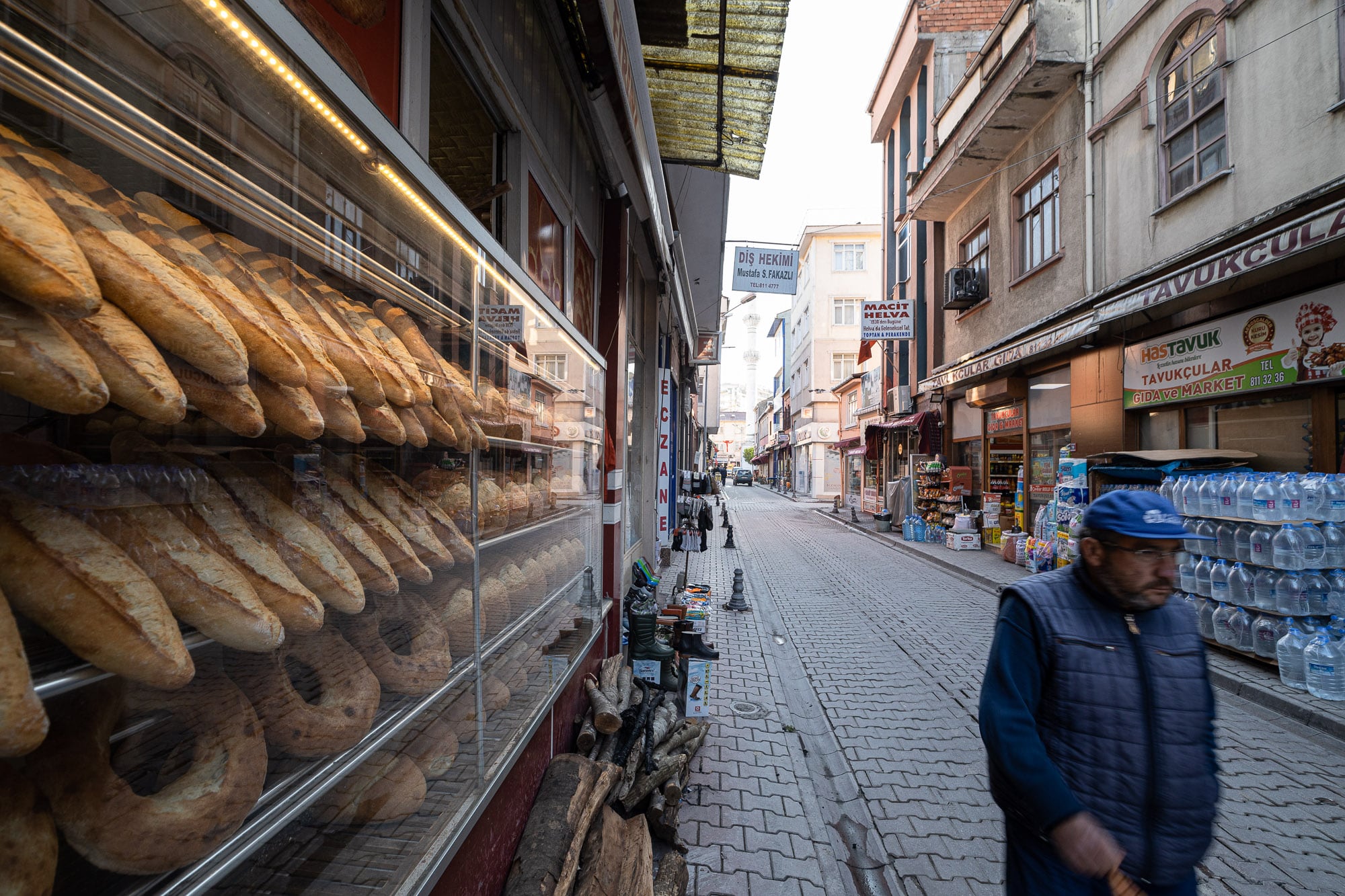 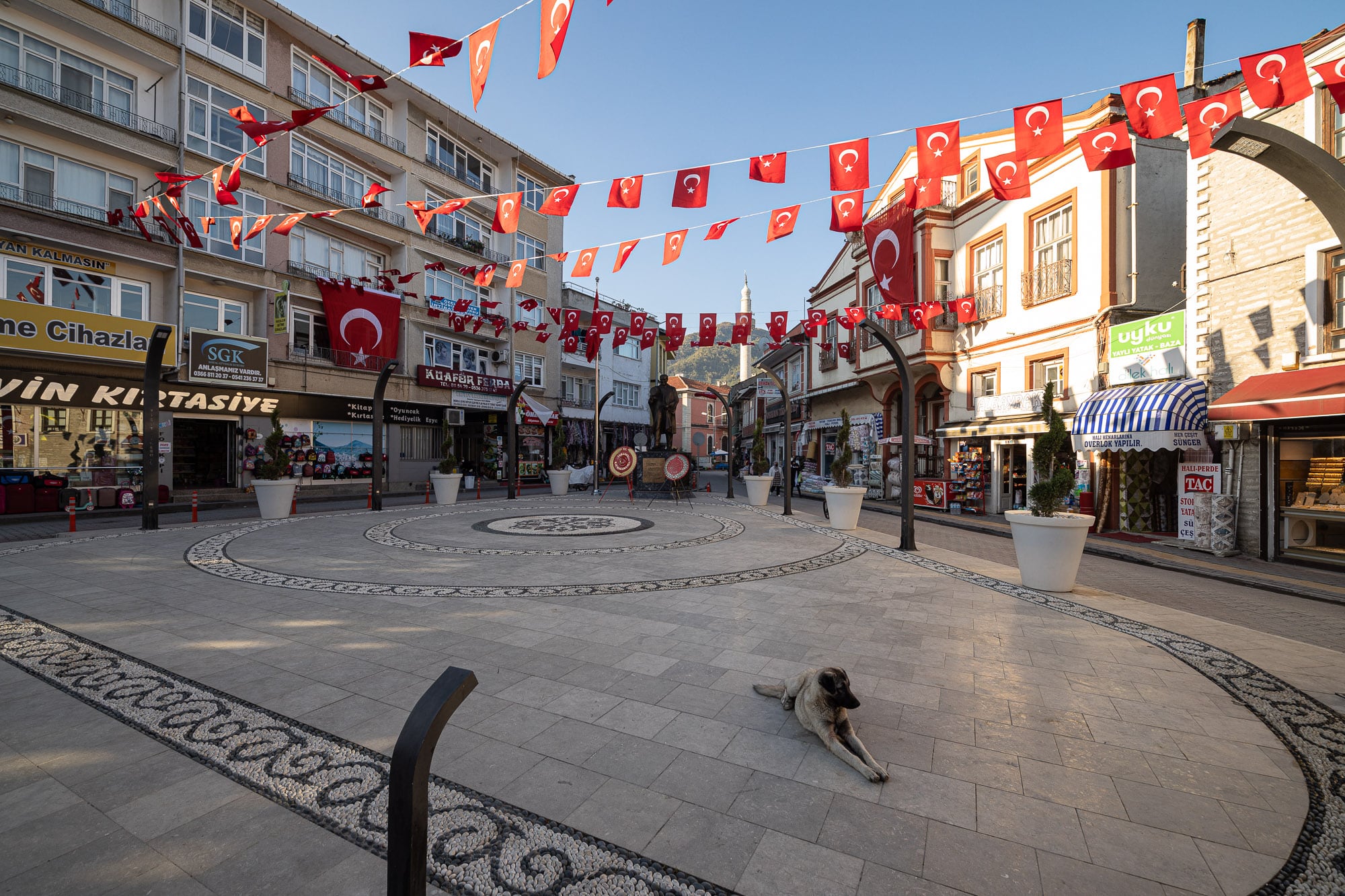 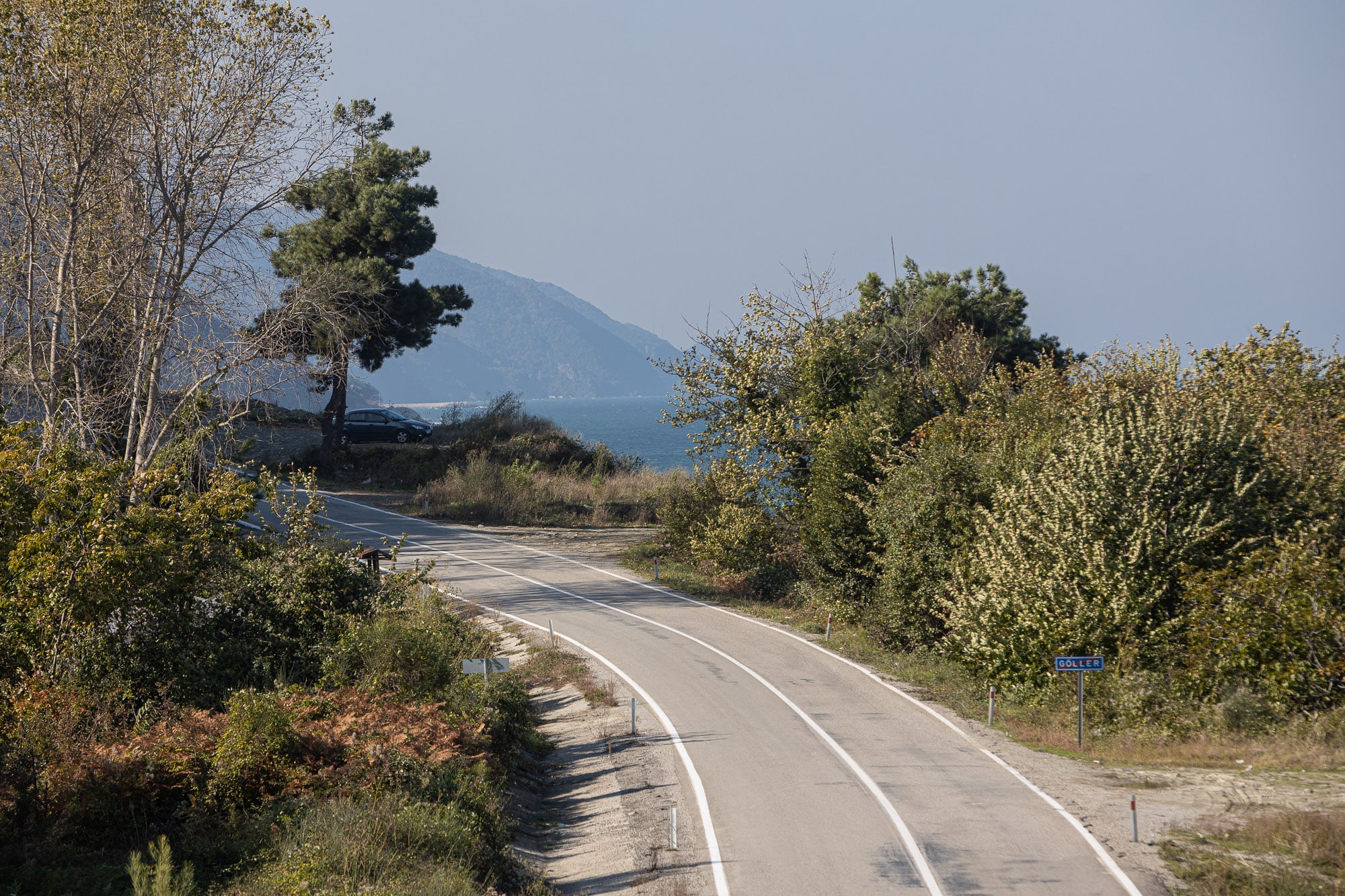 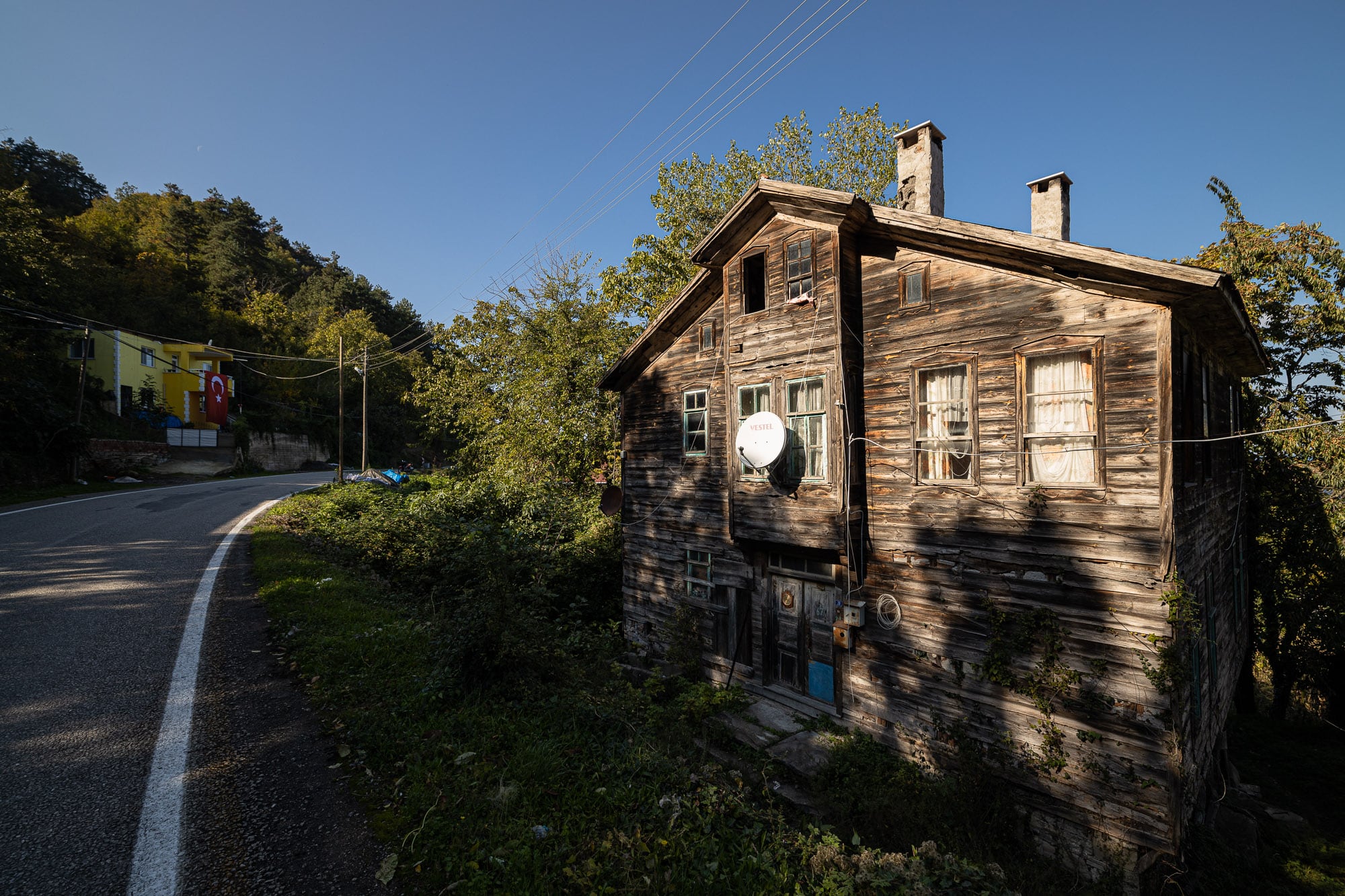 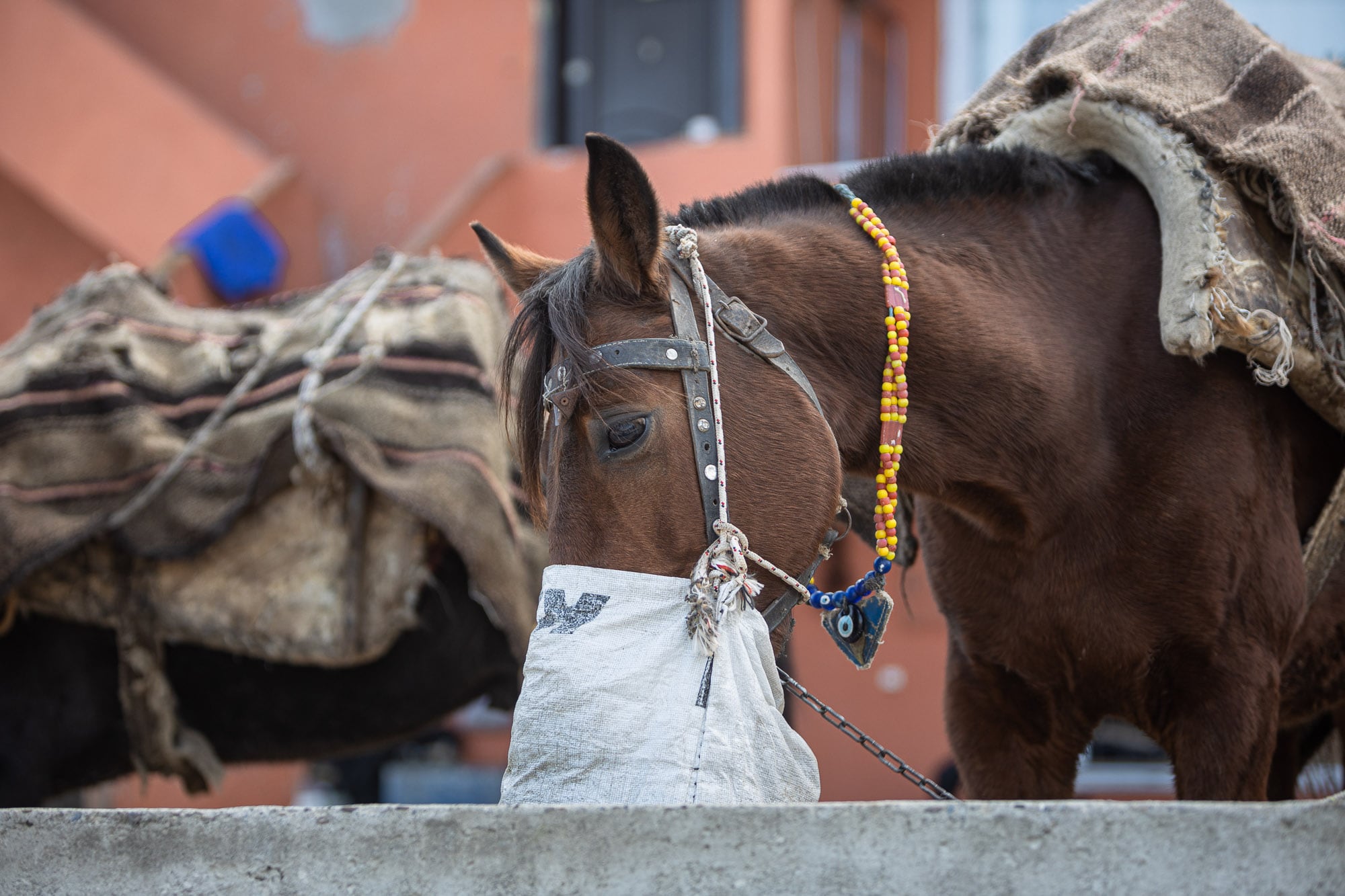 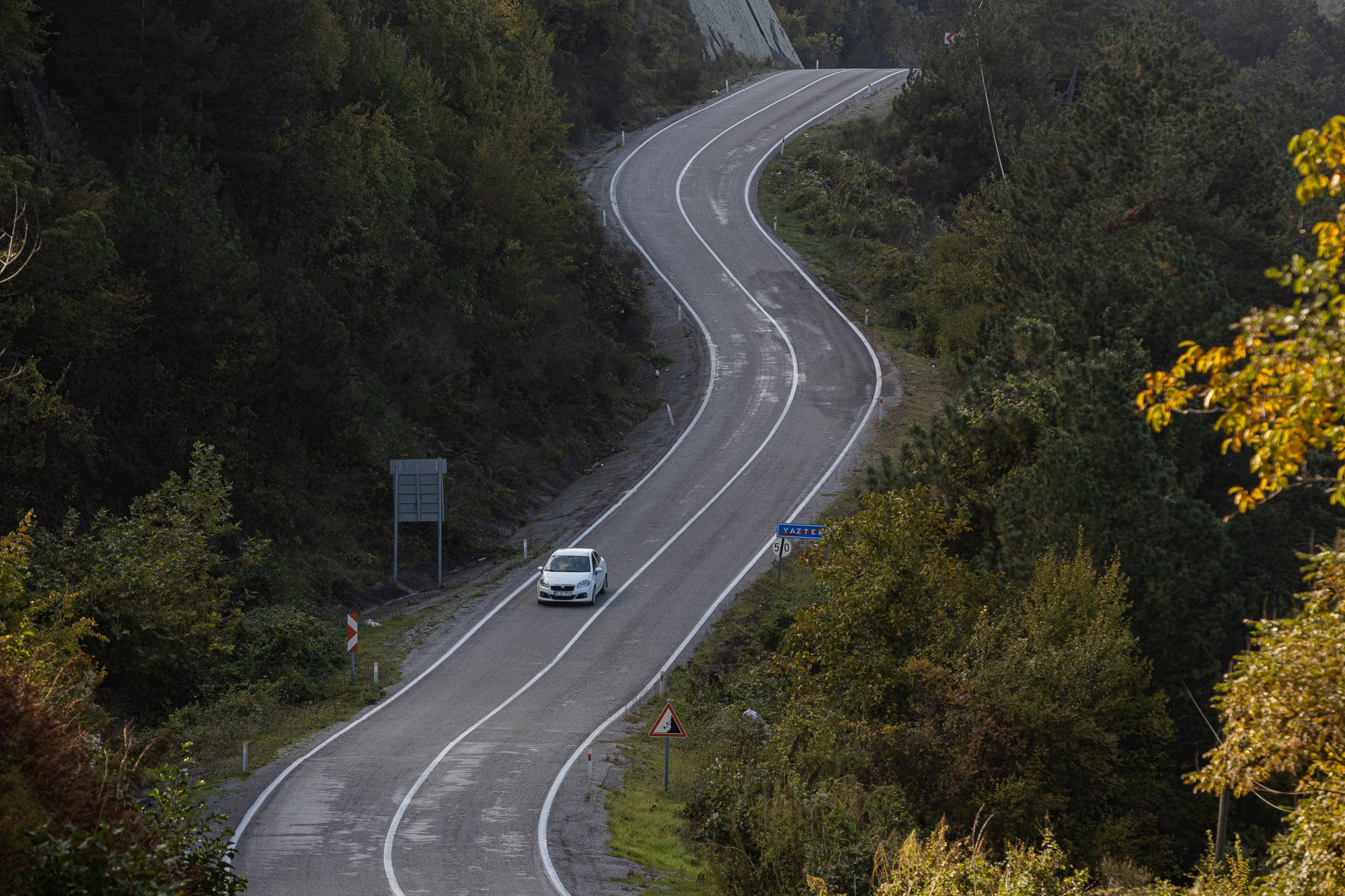 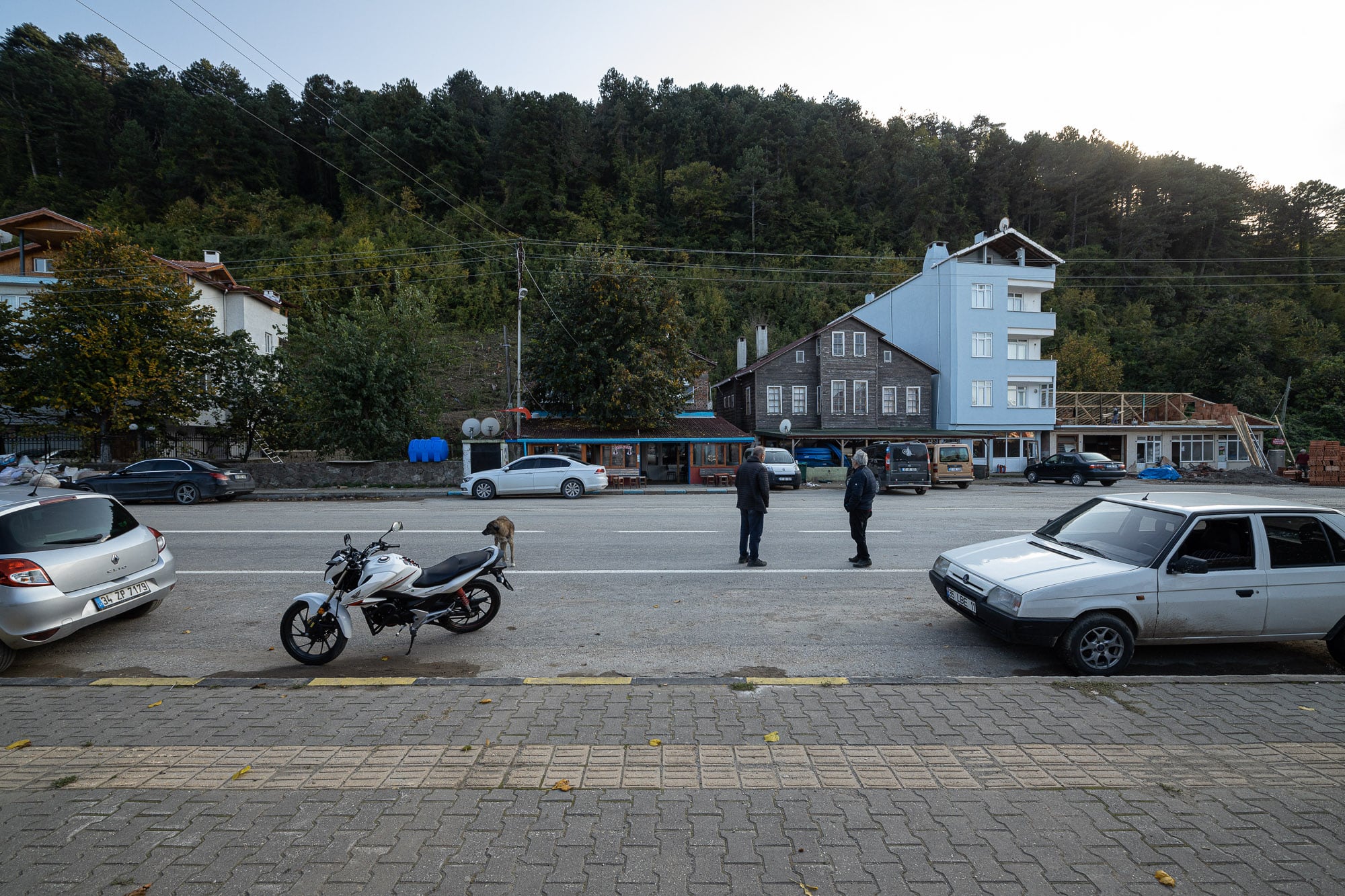 Trace of the flood disaster in Özlüce: 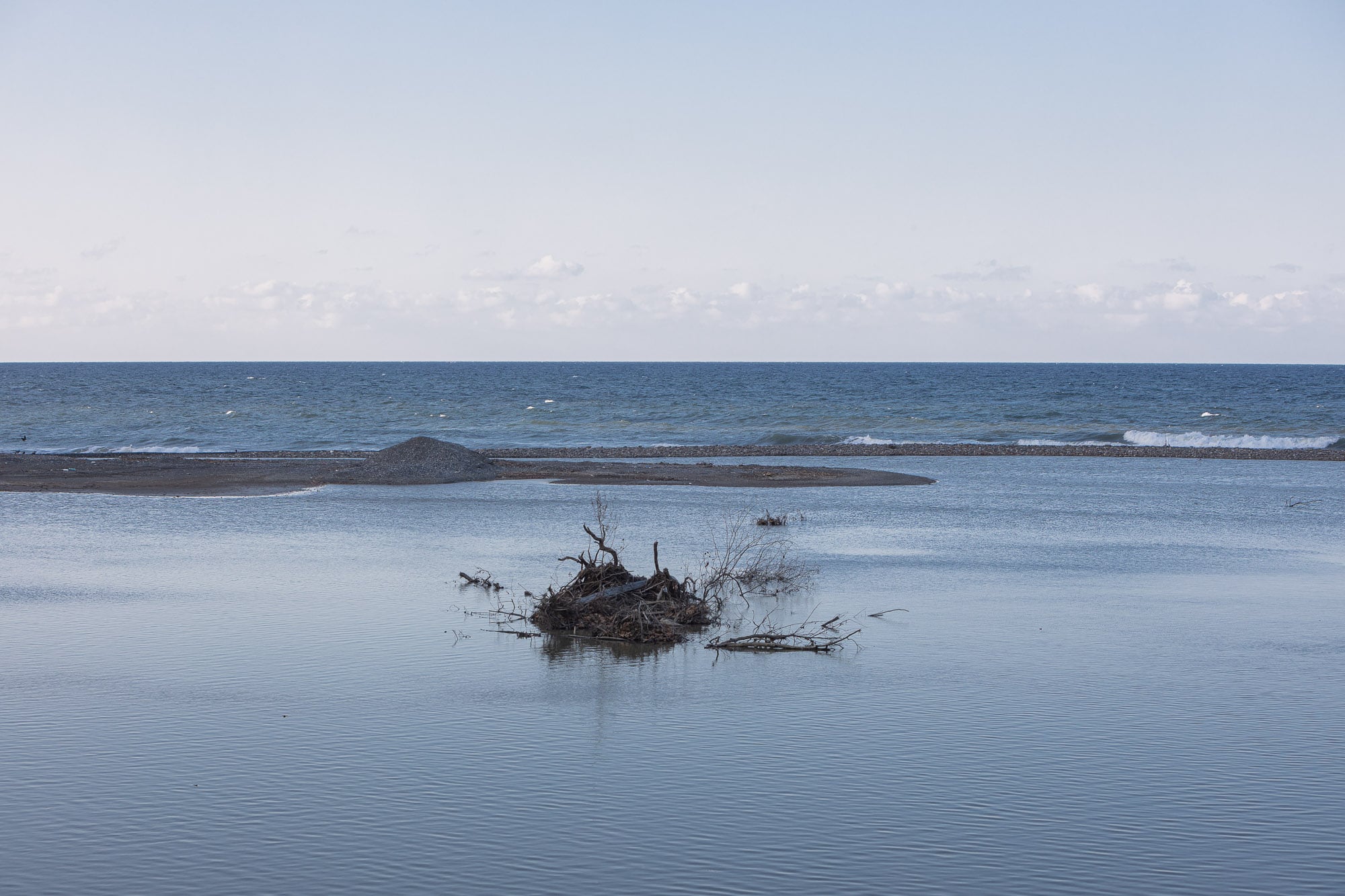 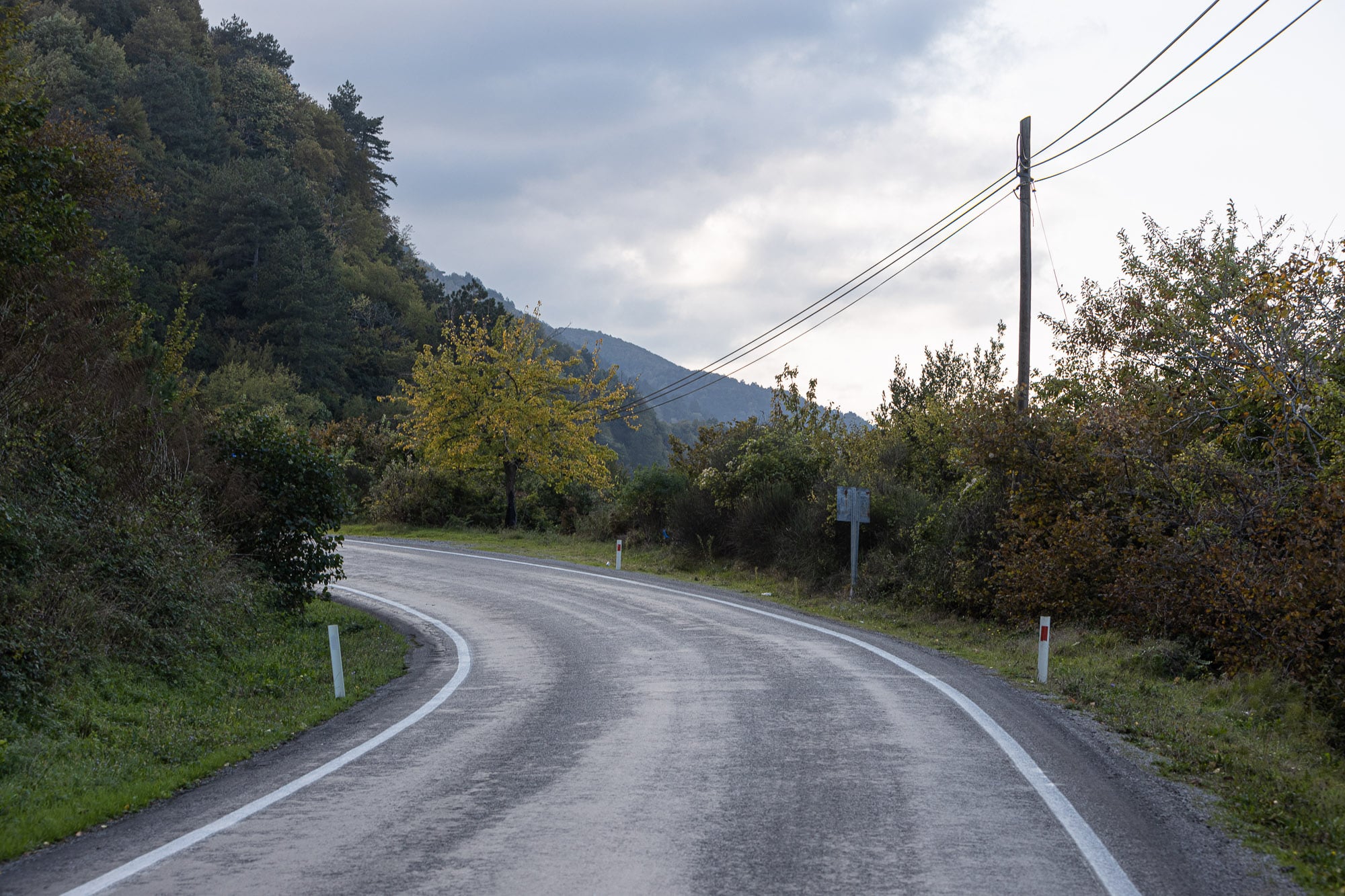 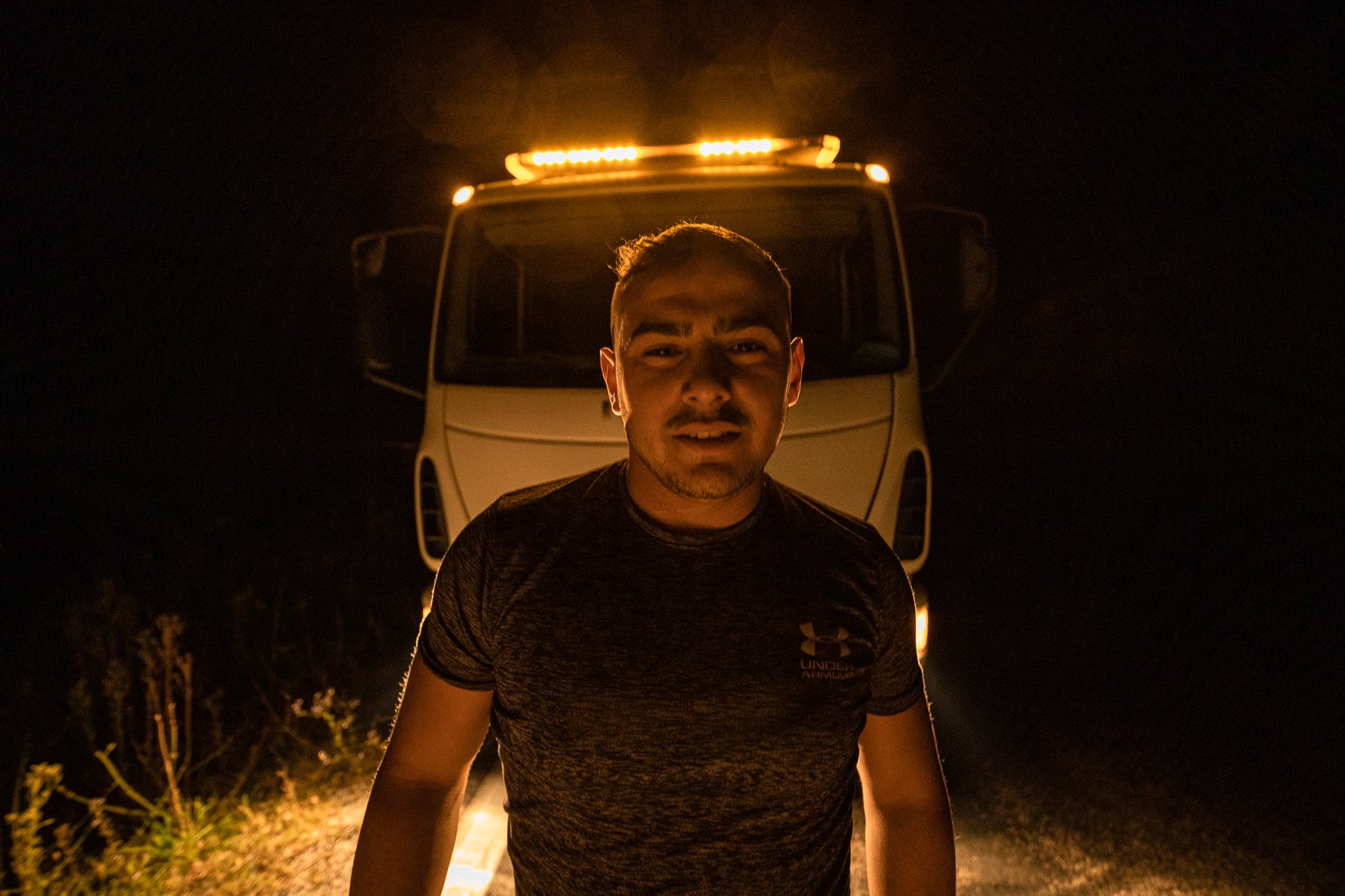 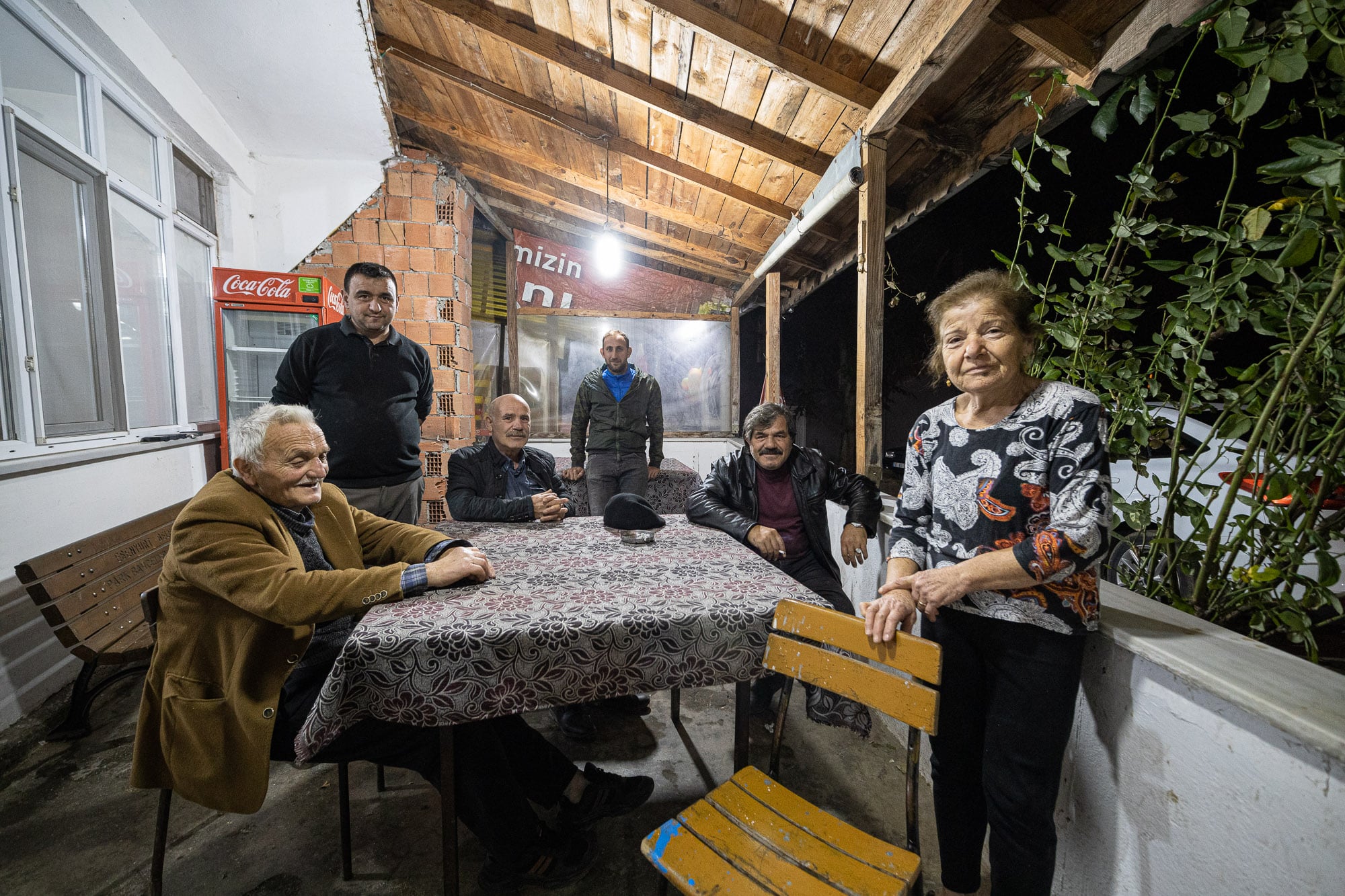 The village head of Kayran in the conference room: 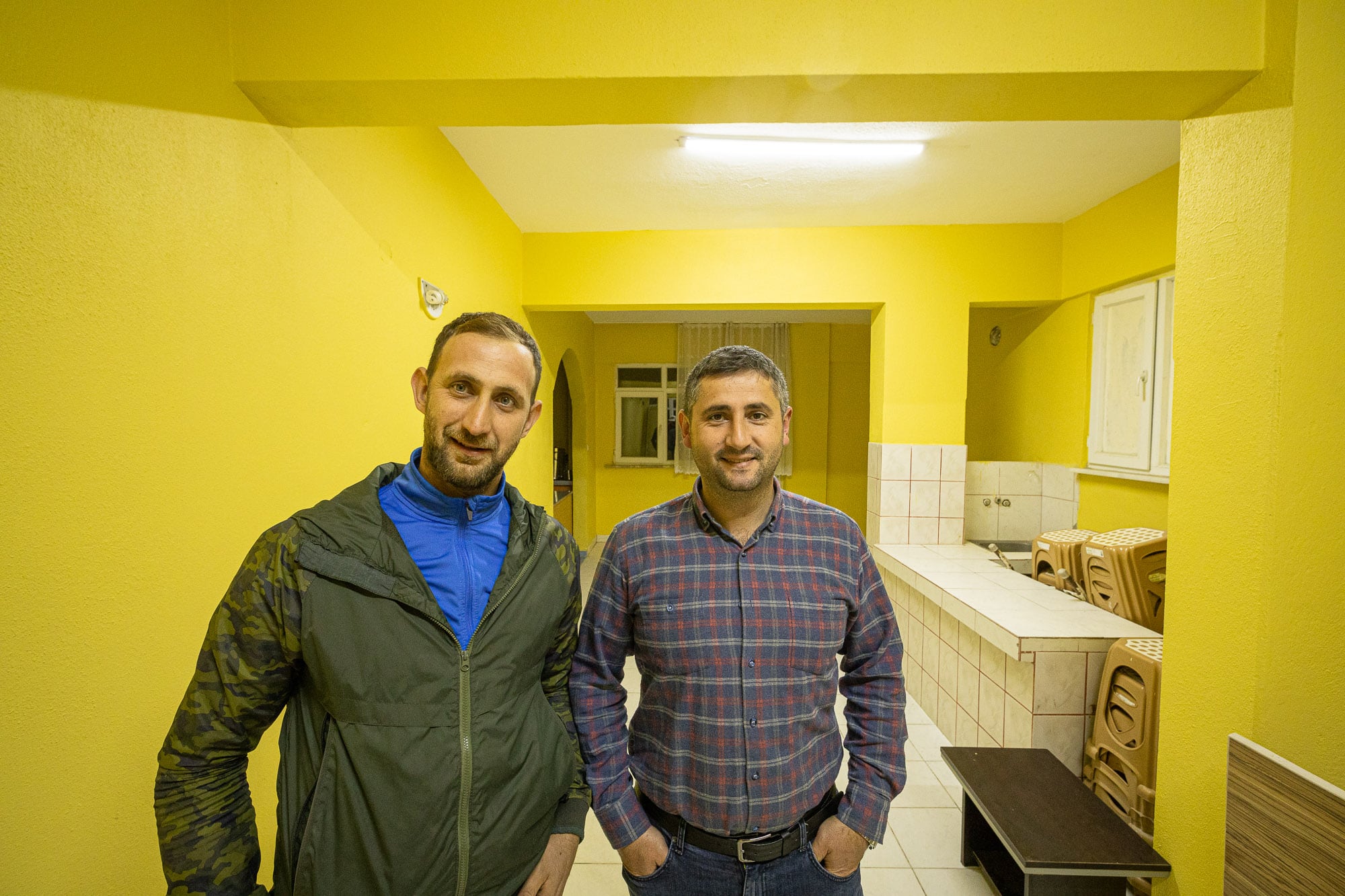