I wake up in a hotel room that’s located above a gas station and a wedding salon. The window overlooks the sea. The sea is grey. The sky is also grey. It rains softly.

When I go down to get the Caboose from the wedding salon, the kitten is gone. It was roaming the halls and the yard last night, and it was as fluffy as it was feisty, a hybrid between a cotton ball and a lawnmower. Now it’s probably asleep somewhere, so the Caboose and I leave without saying goodbye.

The town is right there. It’s called Fatsa, and it has a bike lane and one for runners. I’m delighted. Today is Republic Day, the day where the country celebrates its existence, so the roads are even more filled with flags than usual. There were supposed to be fireworks, too, but I must have missed them..

I go to a small restaurant with a EU flag covering a tiny window. There, I end up having my first Turkish Coffee ever. It happens when the waitress offers it to me and I don’t want to be rude. I usually don’t drink coffee, except for the occasional shot of expresso, but this stuff they call mocha, or Turkish Coffee, tastes pretty good.

Then a few things happen that I don’t understand.

First, my mobile data stops working. When I go to a Turkcell store to find out why, they tell me that my sim card was cancelled. The reason they give me is: “because you are a foreigner”. I get a new sim card.

Then, when I am waiting at a red light, a car stops and a man takes photos of me with his cellphone. He takes a lot of photos, and when he notices that I am looking directly at him he doesn’t smile. He just looks ahead and drives off. There is another man in the passenger seat. He also ignores me.

I walk until it gets dark. There is a beach on the map, a long stretch of sand with a bunch of beach chairs and parasols. It reminds me of Gonio, and so I want to go there to spend the night. But when I arrive, it turns out there is no way down to the beach.

I walk a little more. The highway sounds louder at night. A tiny road goes off into the darkness, and I decide to take it. There must be a place where I can pitch the tent somewhere. It starts raining. I walk past a house and look inside one of the windows. There are some people having tea. I say hello and they say hello. I end up staying at their place. 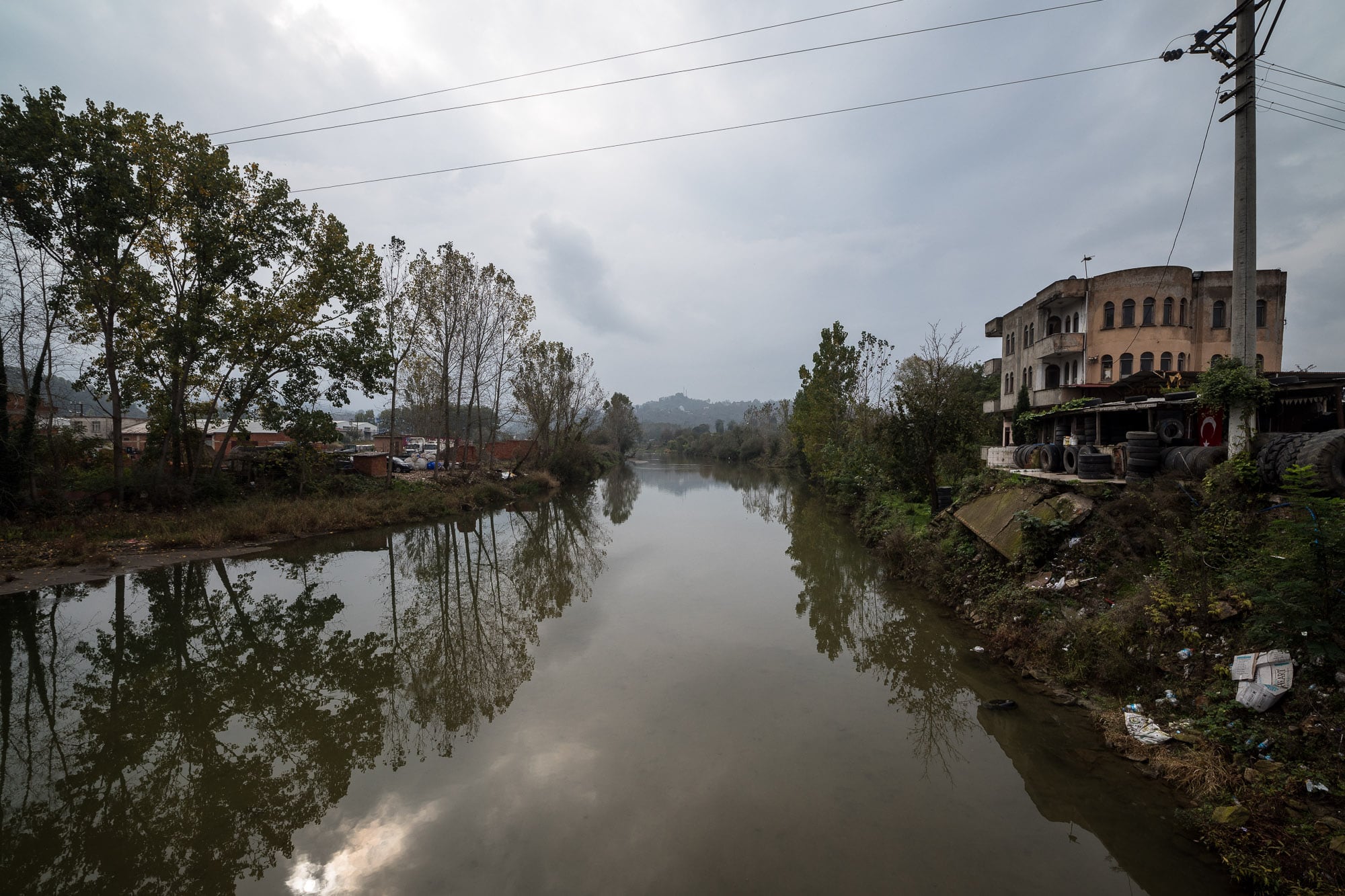 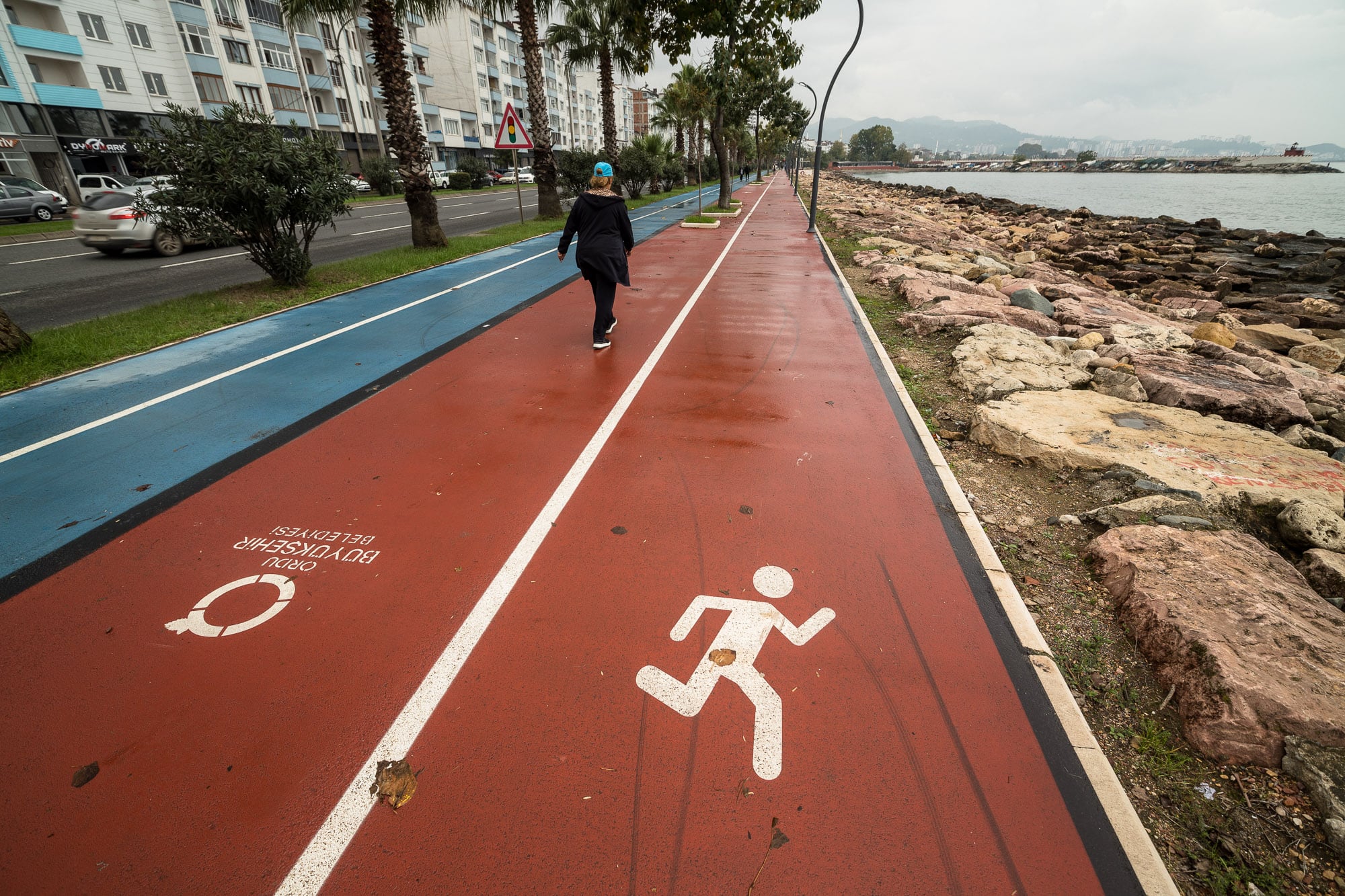 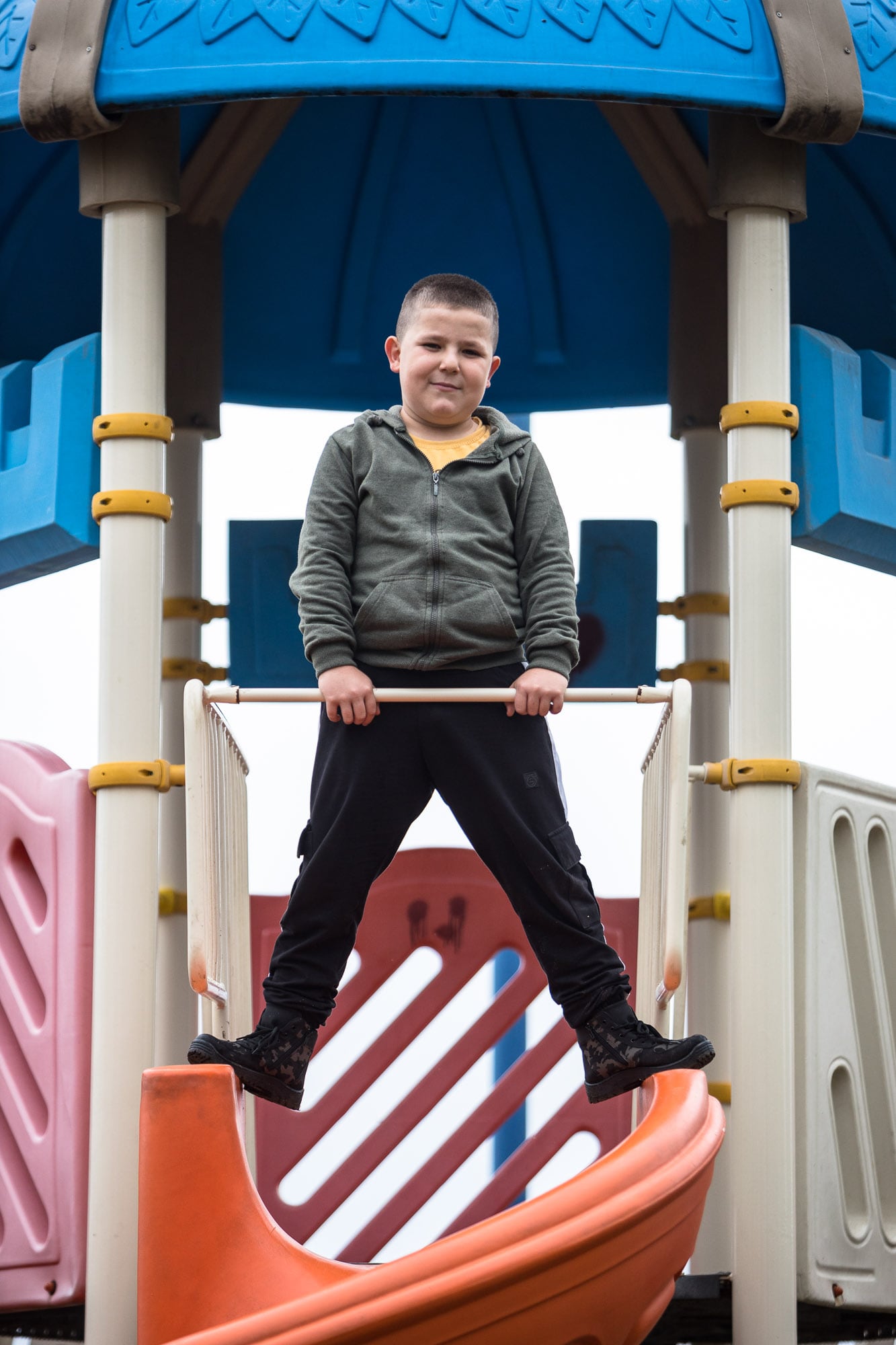 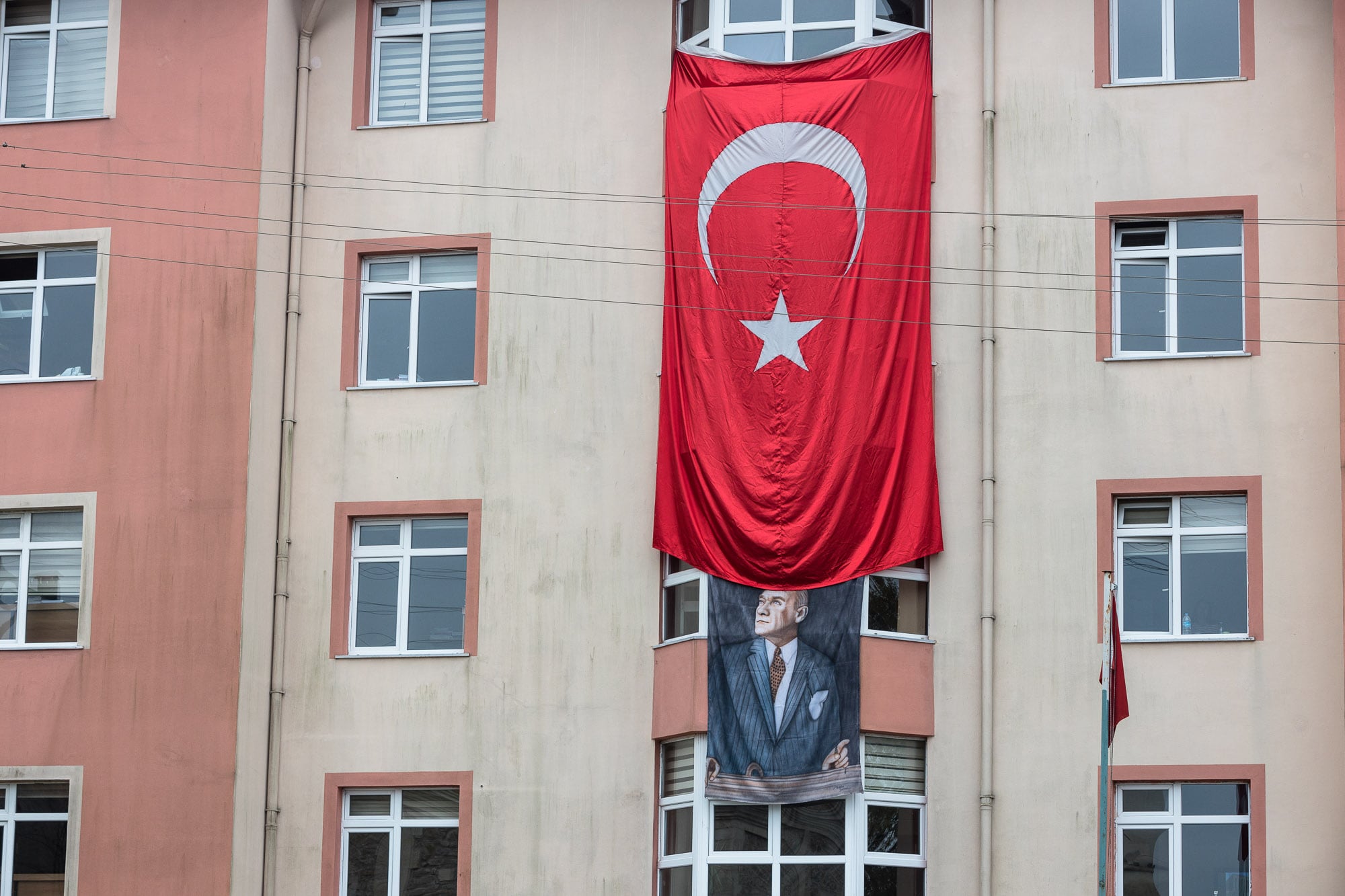 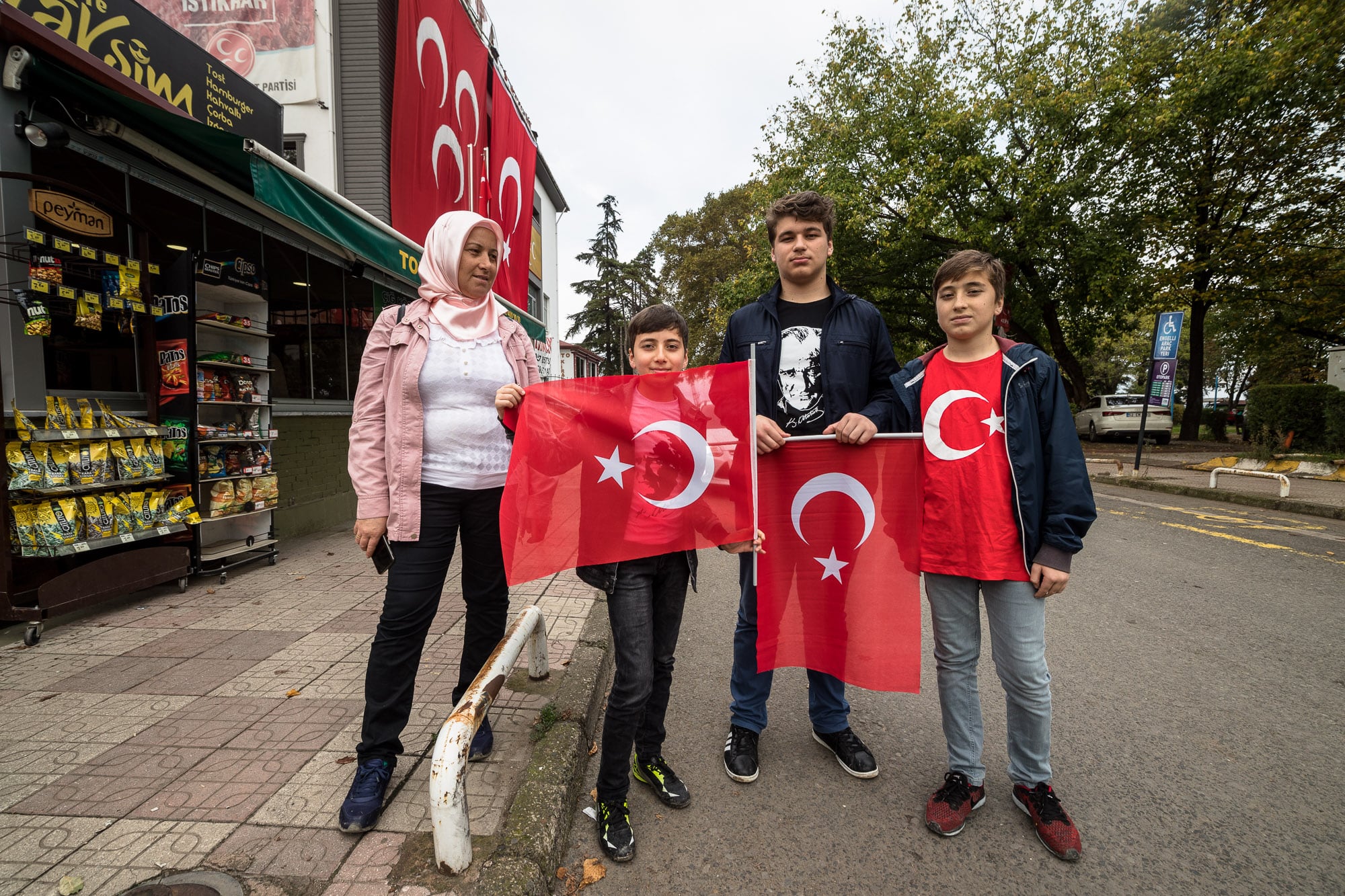 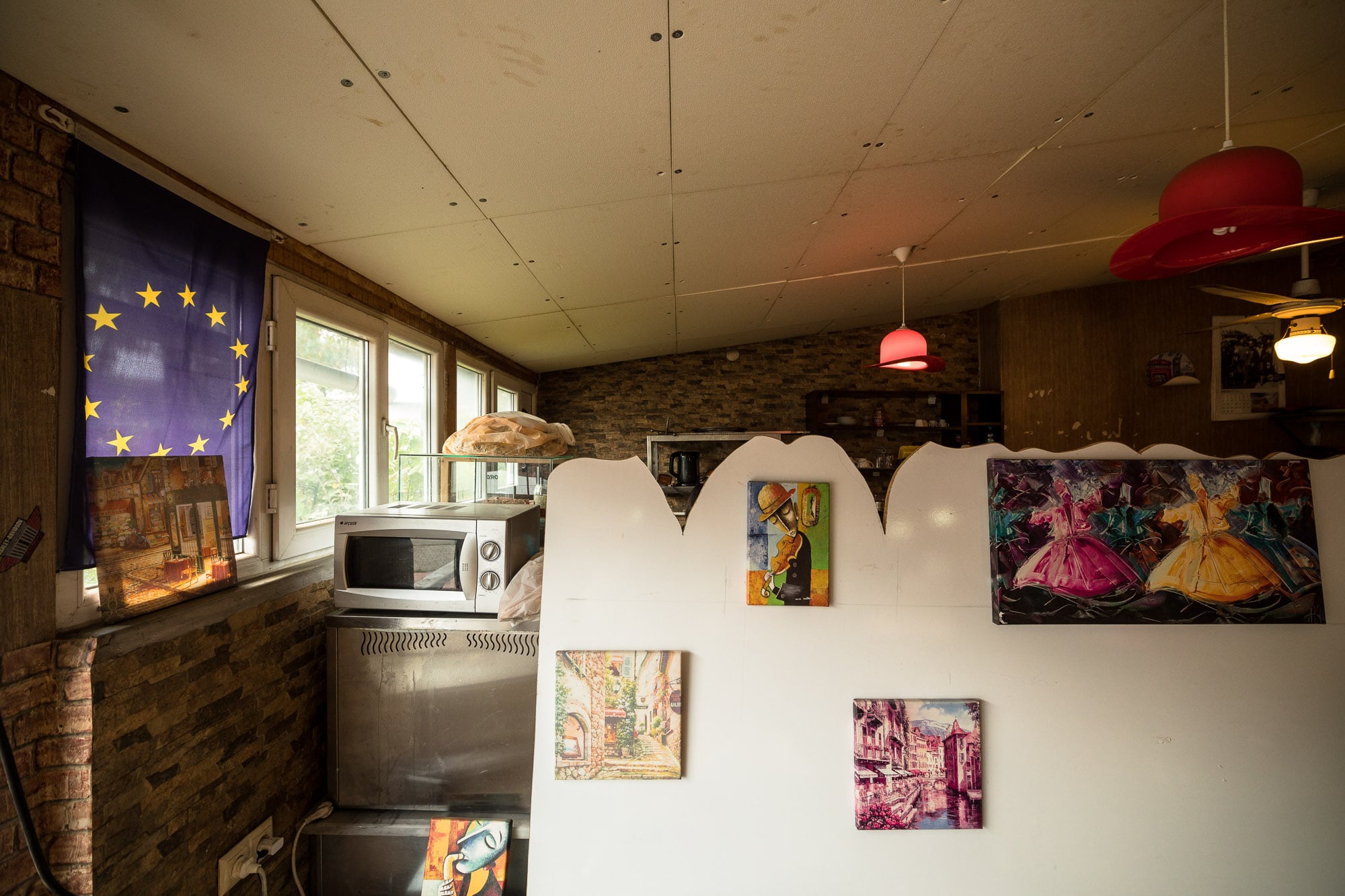 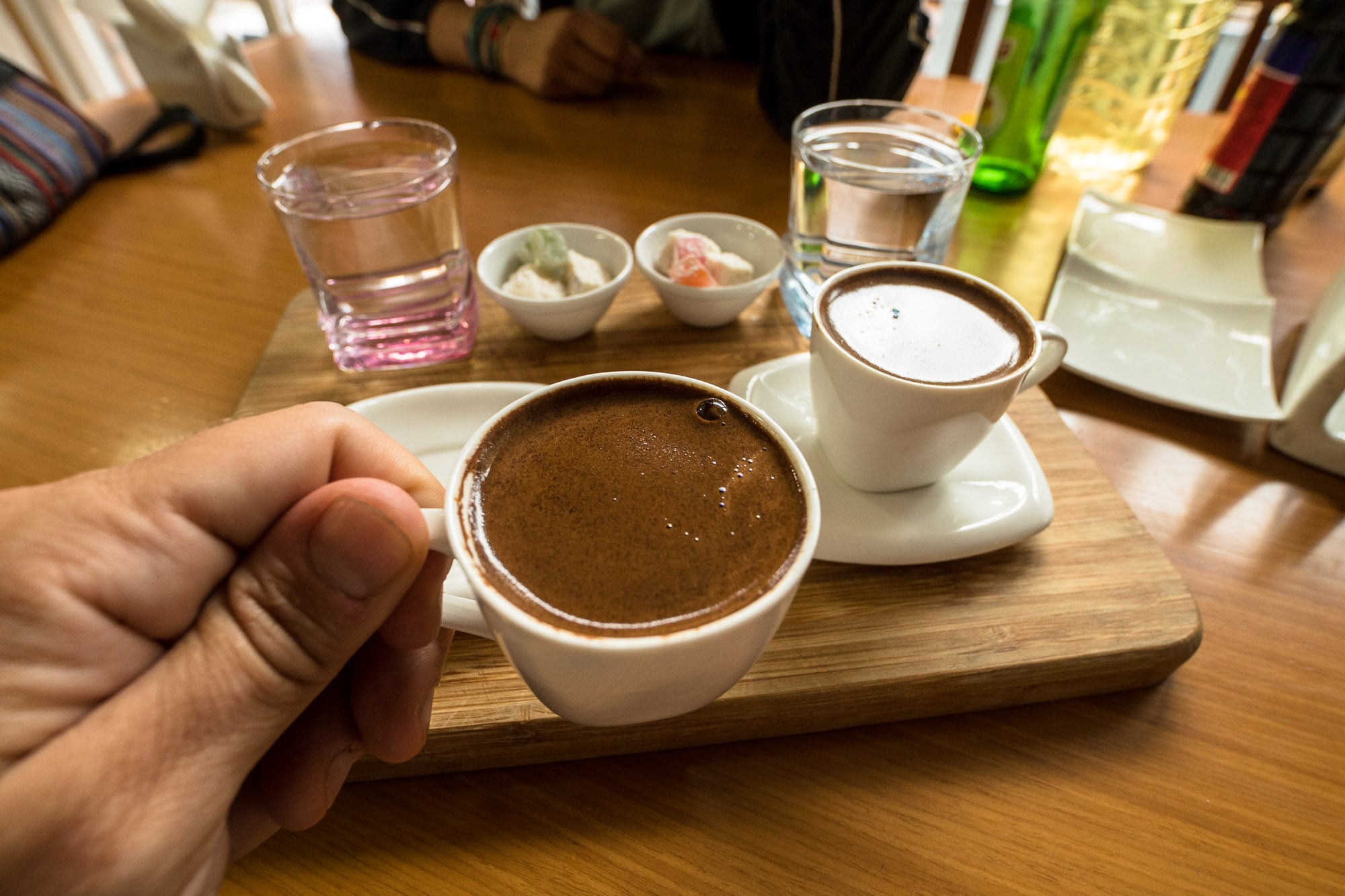 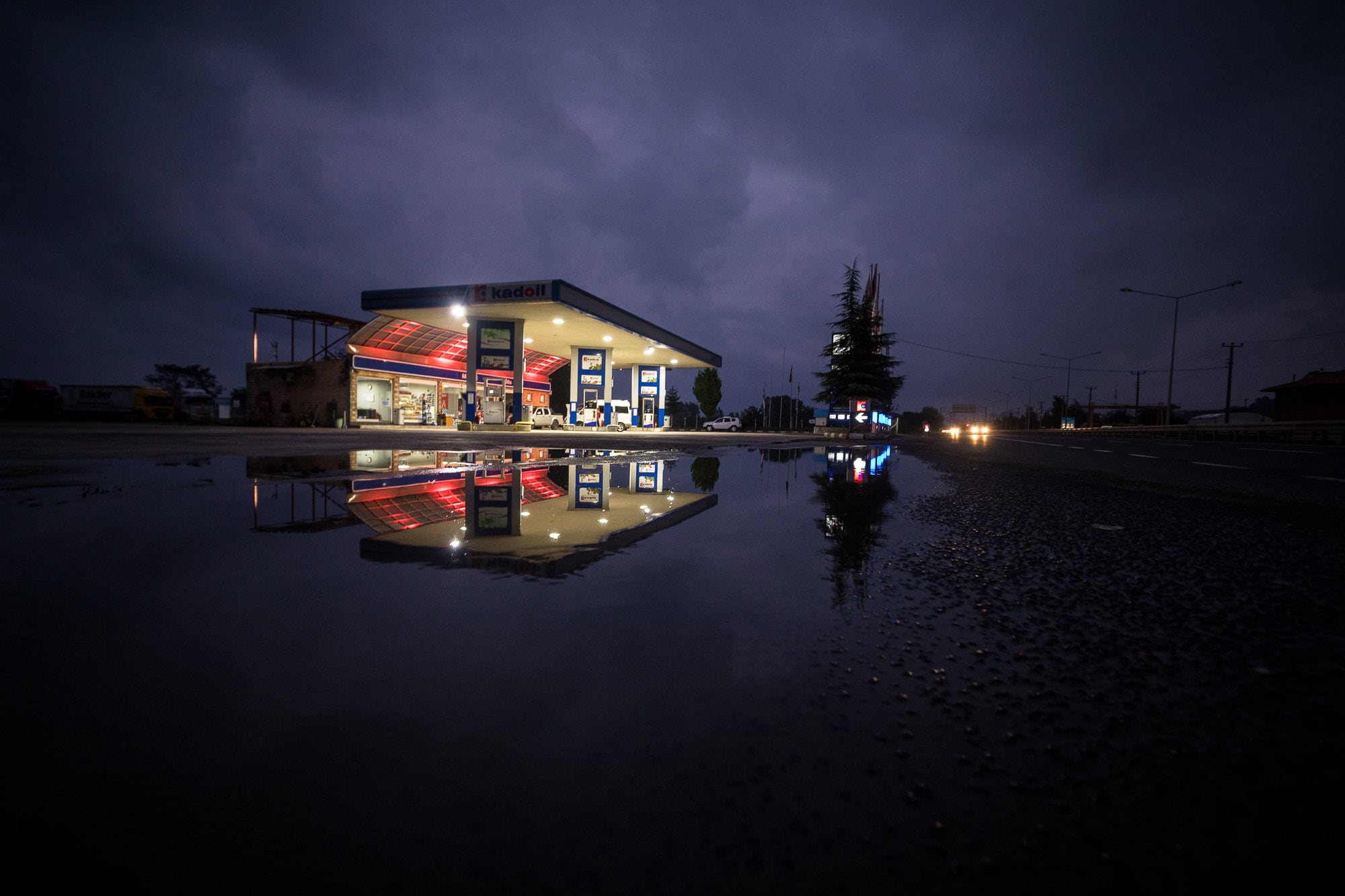 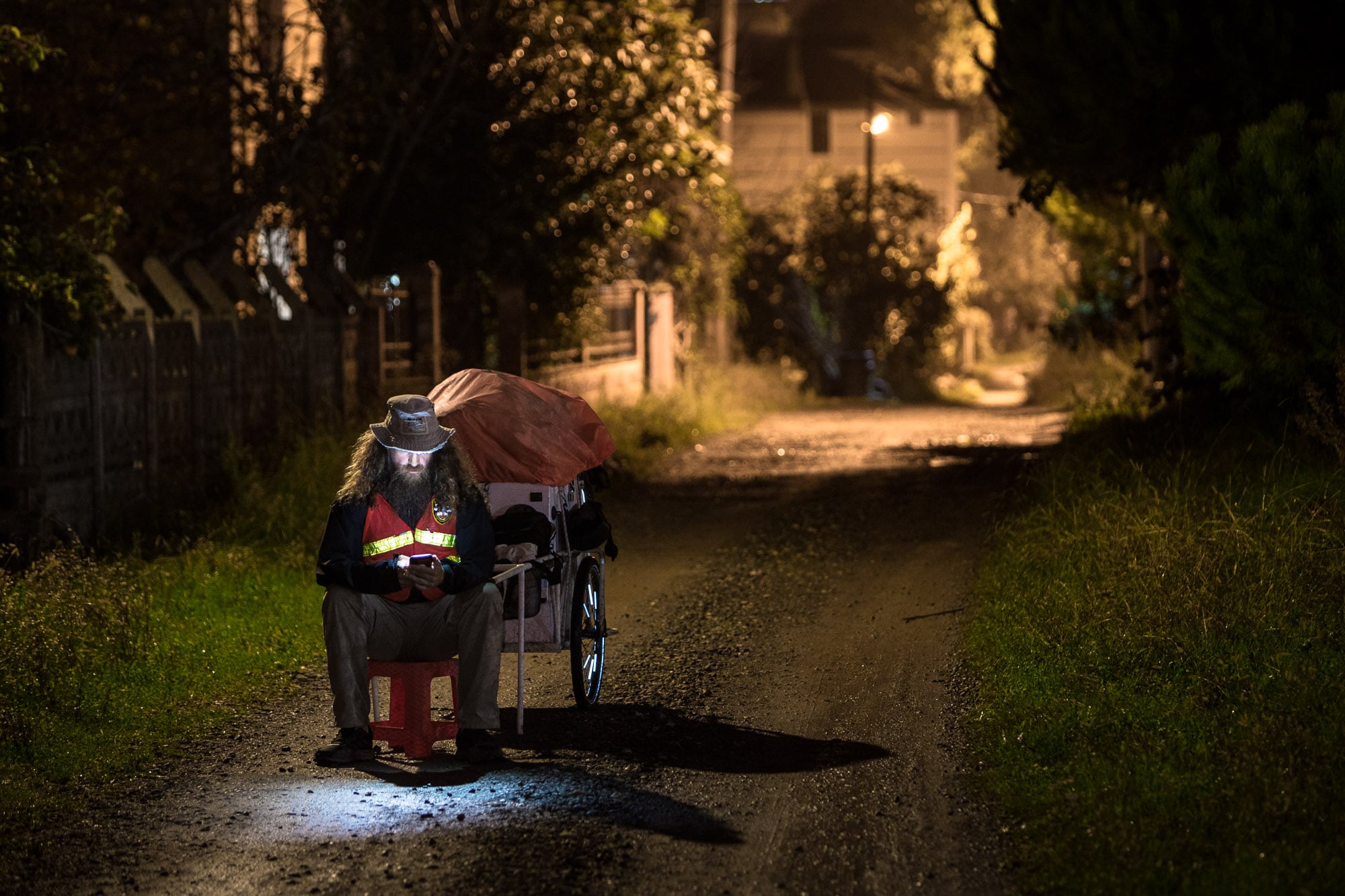 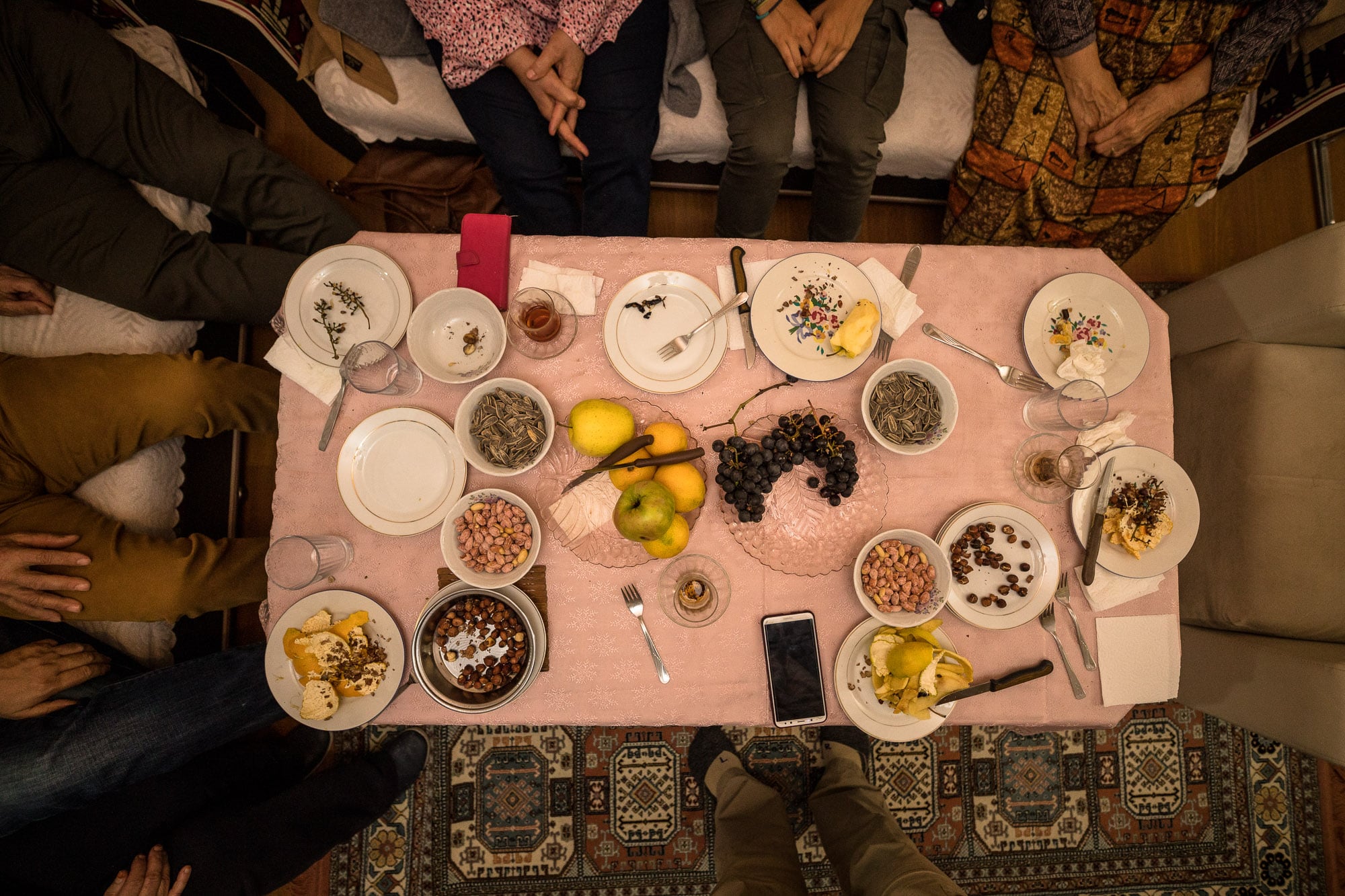 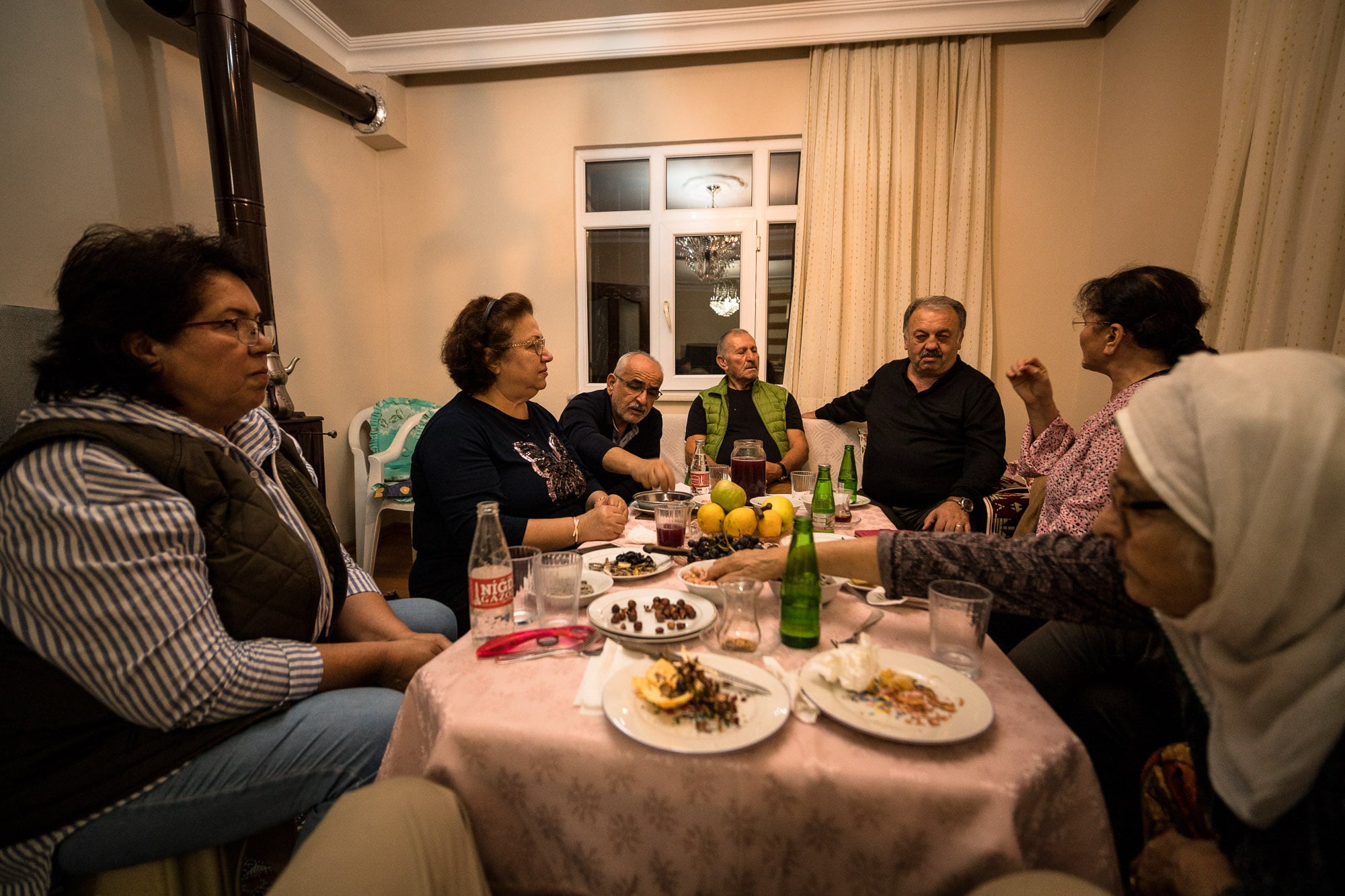