Somewhere in the south of Trabzon, hidden deep inside of a mountain valley, there is an old Greek Orthodox monastery called Sumela. It is not functional anymore. There are no monks, no holy books, no ritual chants, just a few stone buildings hanging on to the rocks.

I can’t help but ask myself what happened there – did all the monks just lose their faith and decide to go home?

No, it was a matter of politics.

And so the monks – being Greeks – had to go, and their monastery became a museum.

Today, the whole place is under repair, and it’s been like that for years. You can visit, which many tourists do, and the forest road with its sounds of birds and its rivers and waterfalls is indeed worth a trip. But you can’t see much of the monastery itself.

After buying a ticket, you are allowed access to a small viewing platform from where you can see nothing but some structures under a lot of scaffolding.

I stand there for a while, and as the disappointment and the feeling of absurd hilarity wears off, I find myself wondering.

I wonder what it must have felt like to be the last monk to step out of the doors of the monastery and enter the forest, knowing that they were never to return. 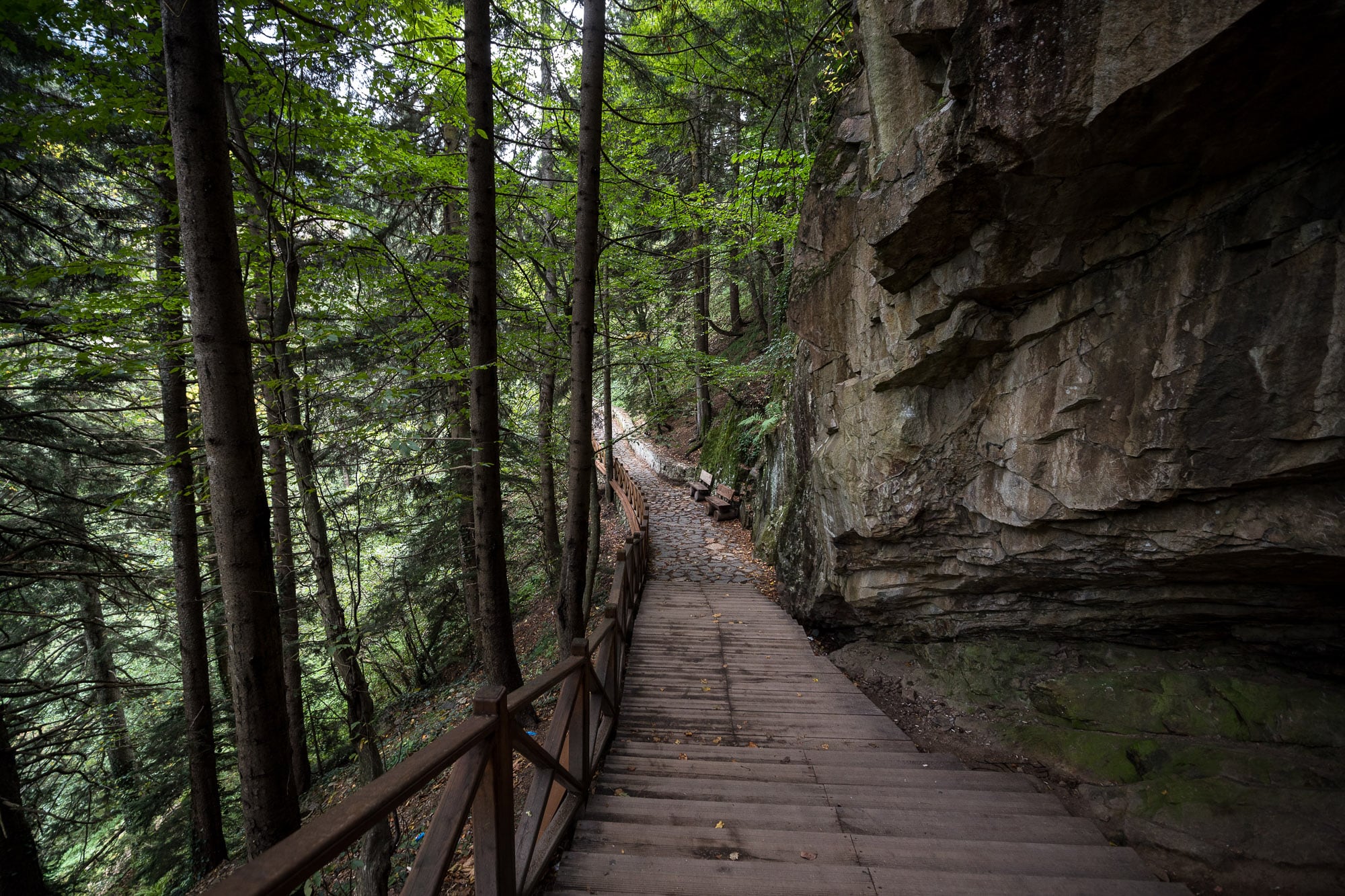 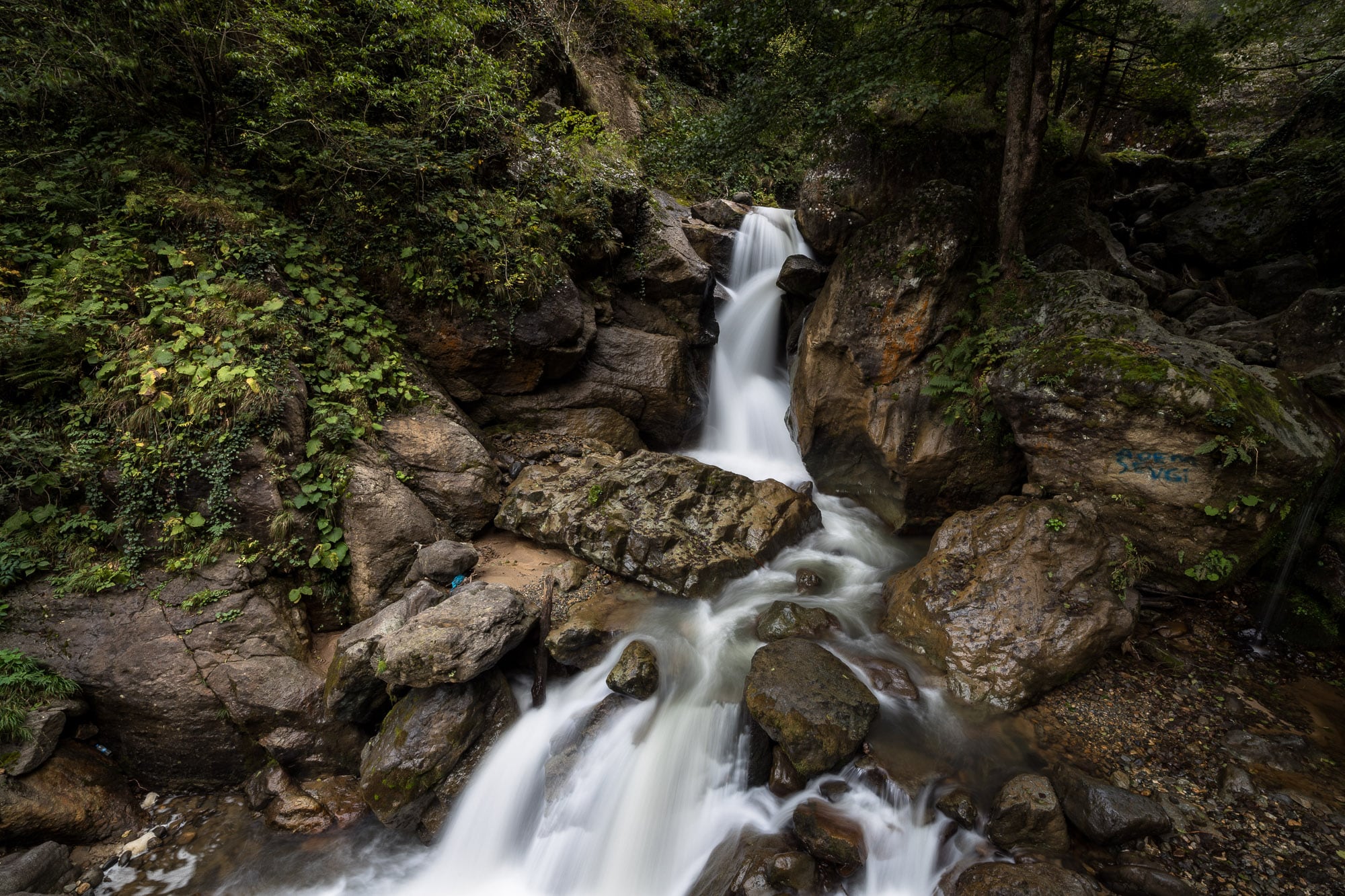 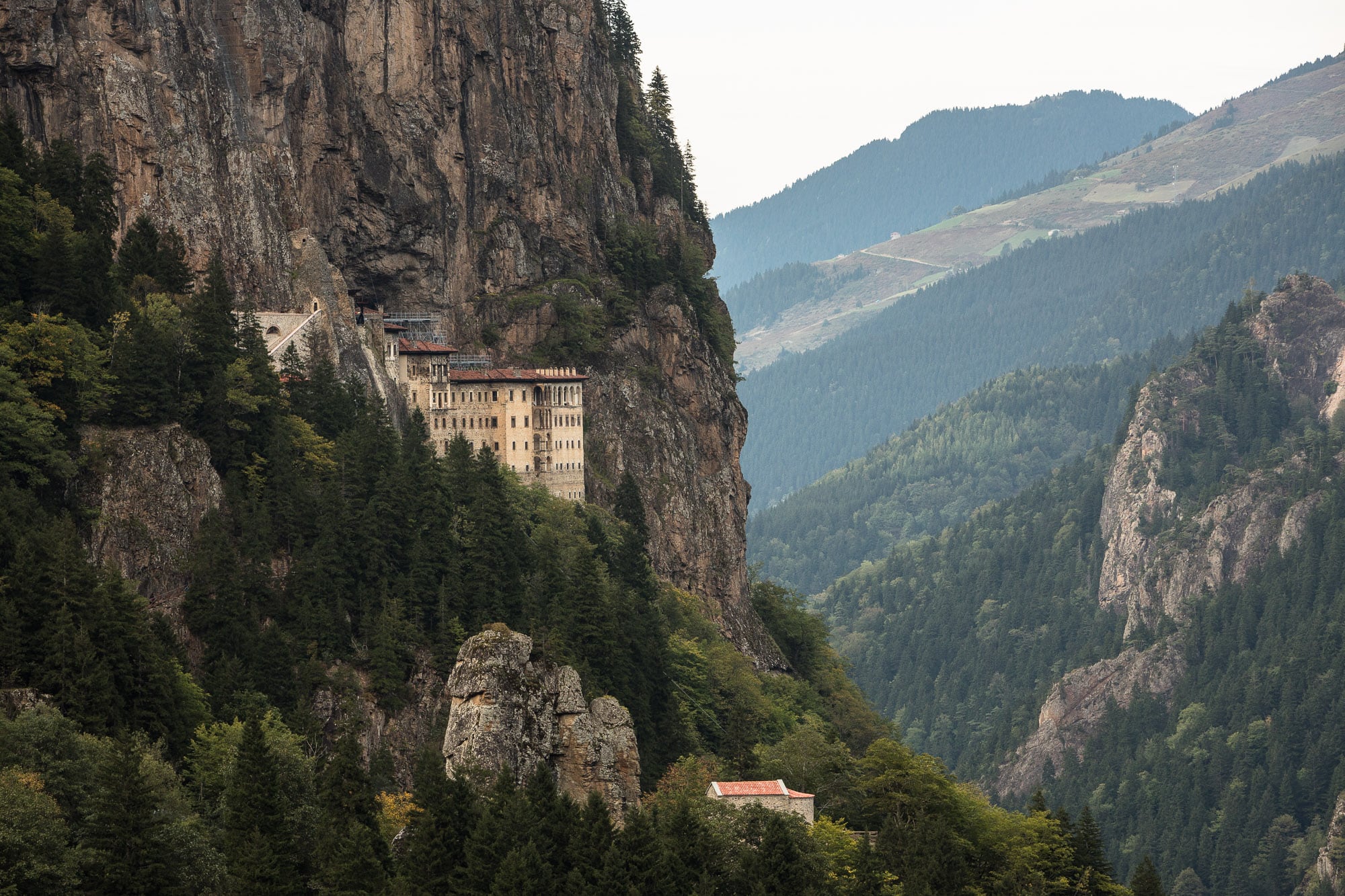 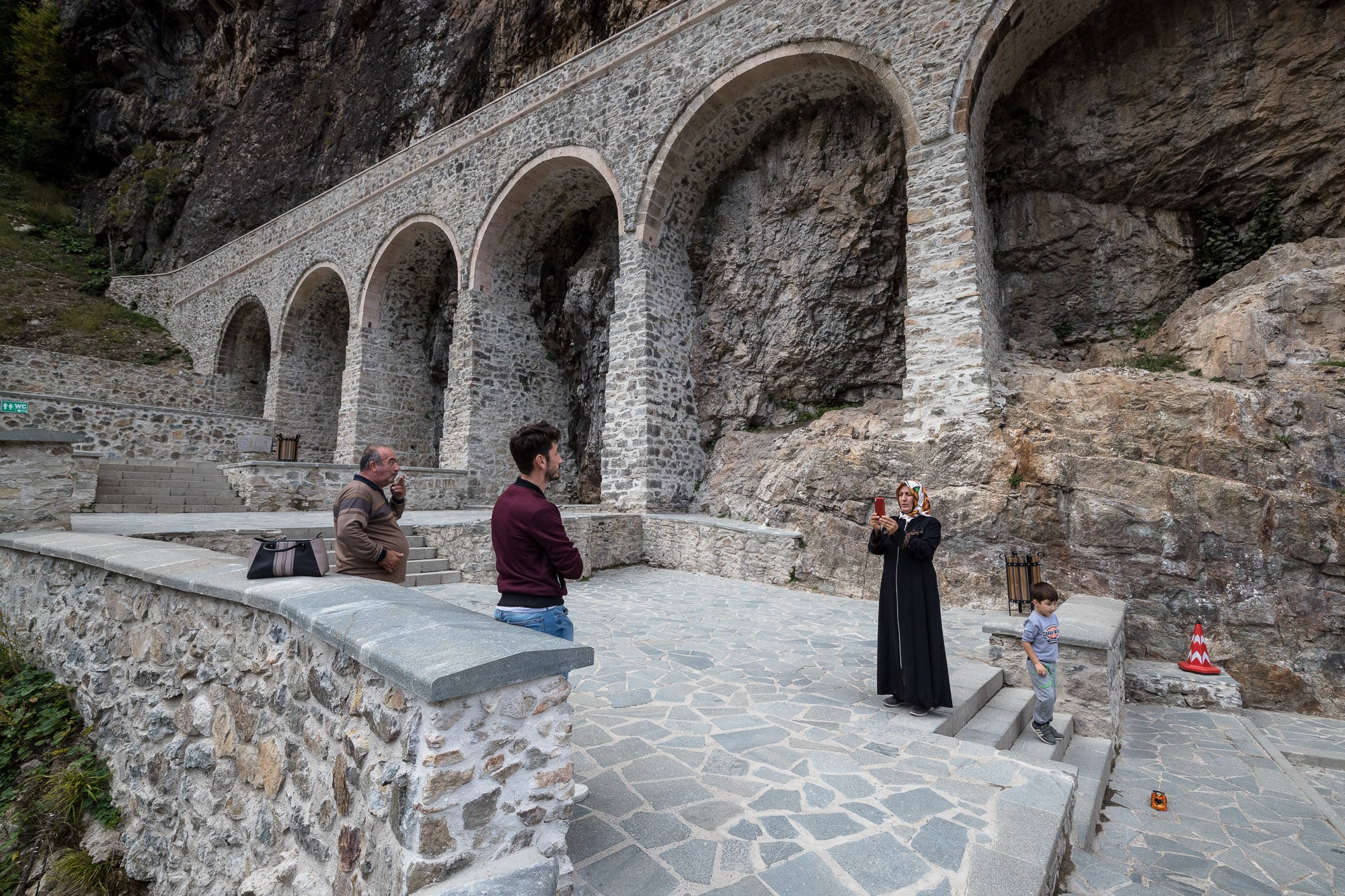 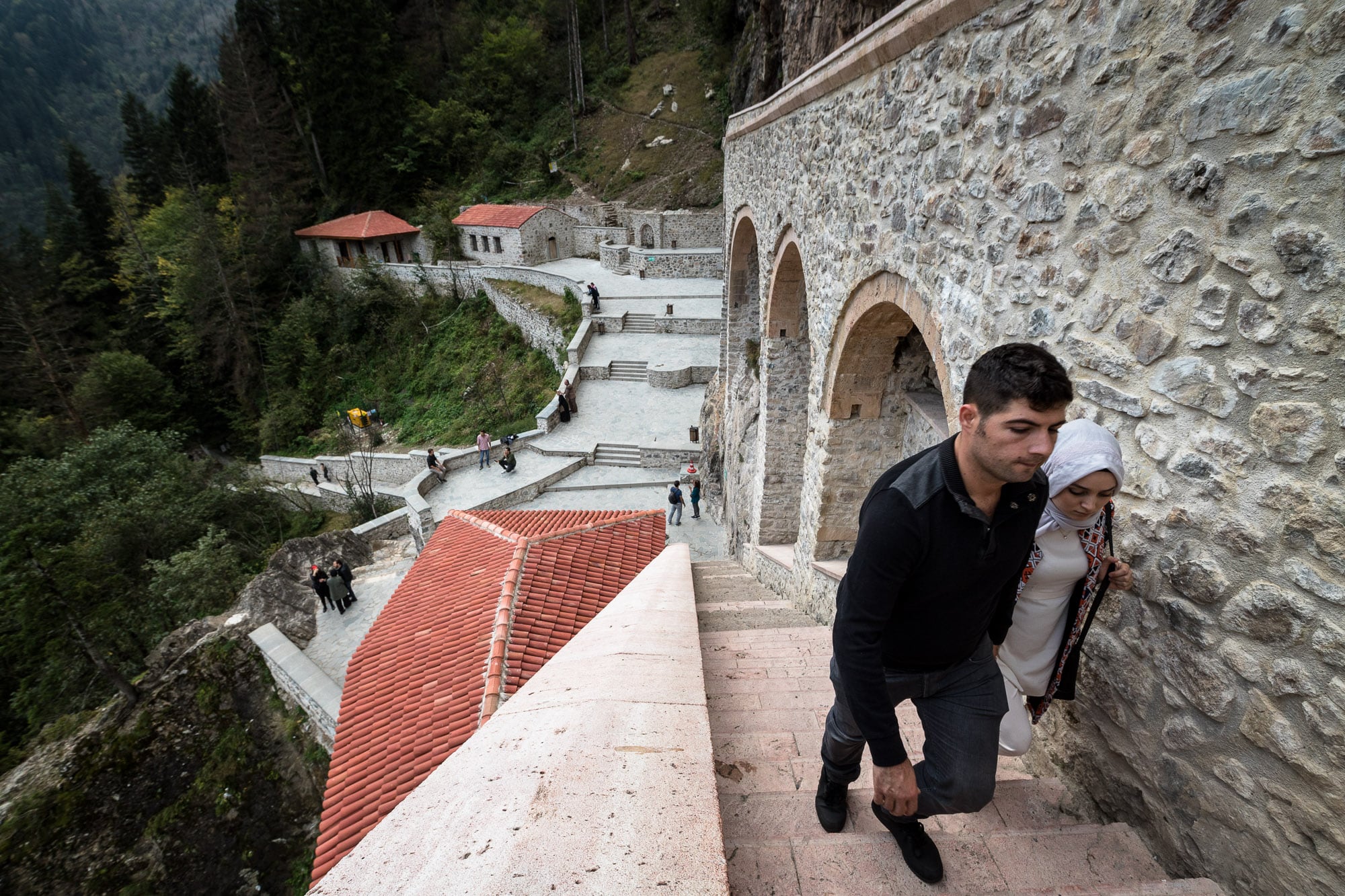 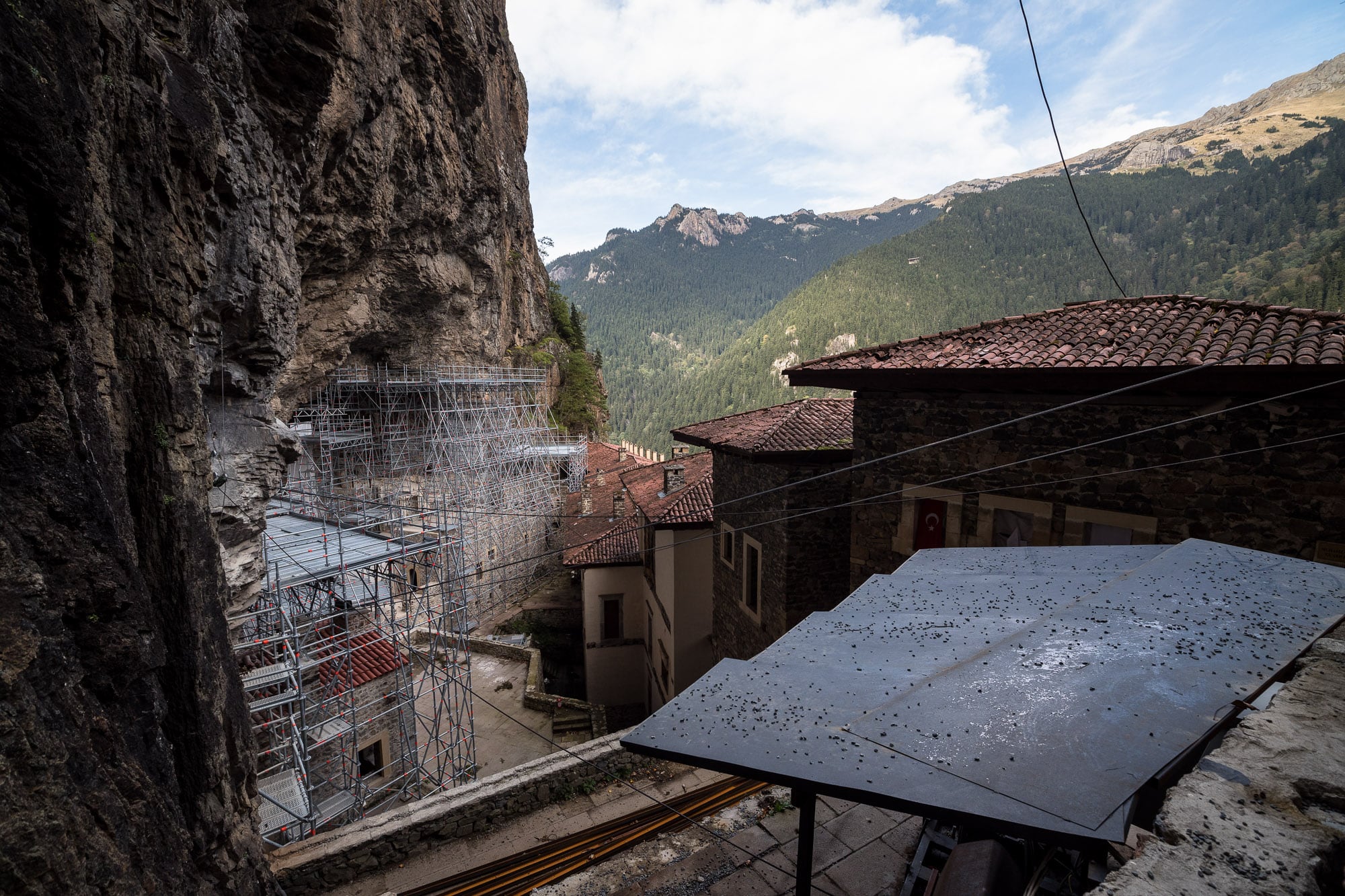 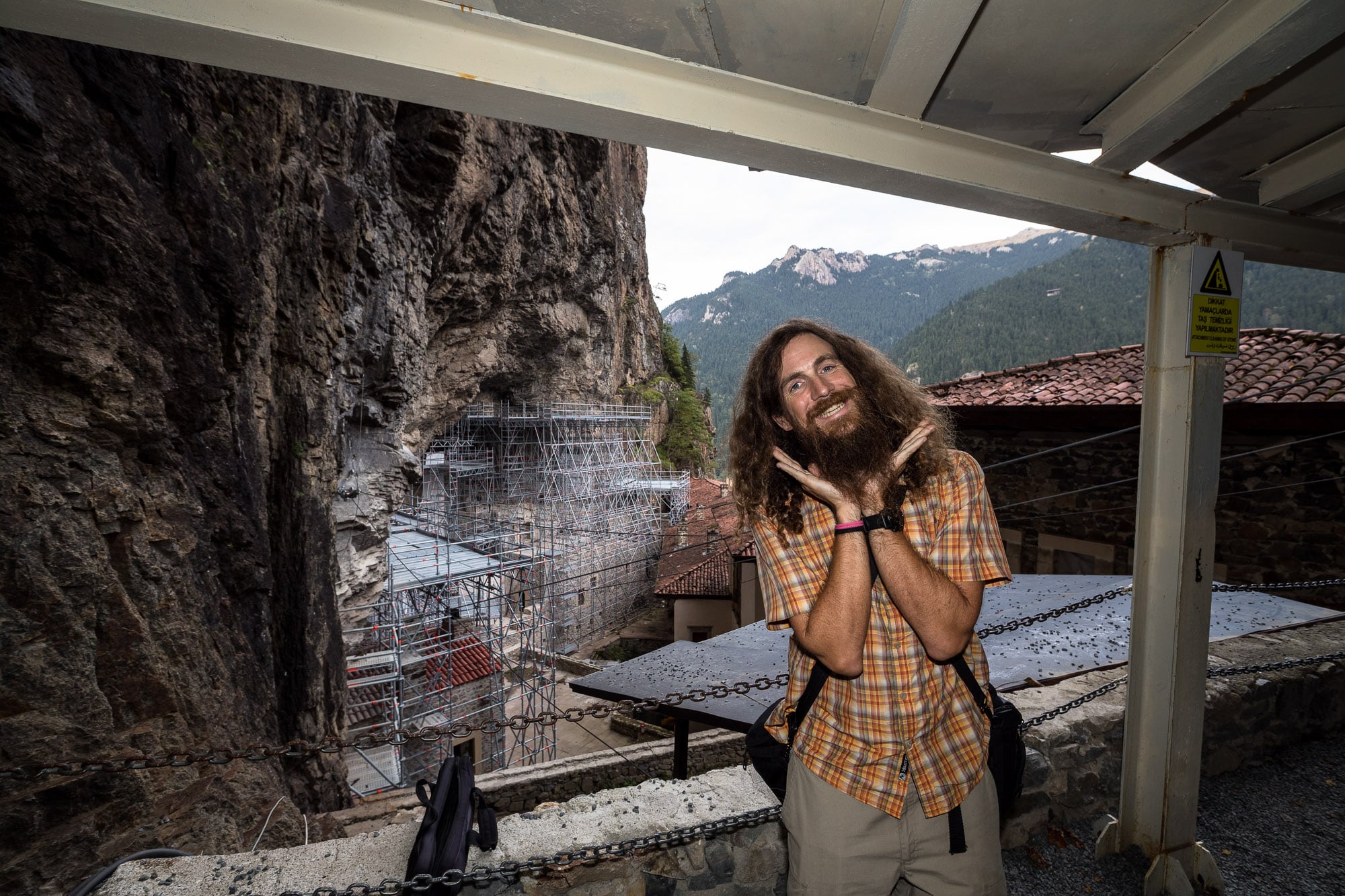