Here, on a pedestrian overpass, on a metal bridge that spans four lanes of traffic, here am I, and I’m having tea. Below me, there is a constant roar from the vehicles of those people who want to get somewhere – anywhere – really fast. I can see the Black Sea hitting the shore, it seems angry, its waves are higher than usual, sometimes there is even a little tunnel in one of them.

I have come to this overpass because I wanted to avoid another tunnel. The day seemed too grey and rainy for me to meet with tragedy in a hole in a mountain. So the overpass it was.

When I look ahead, I see the stadium. People told me that Trabzon lives for football like Dortmund does, or Manchester. I don’t understand football. When I turn my head back, I see Trabzon. The city is behind me, or rather, I am still in her embrace. Her roads are like tentacles that are trying to hold me back.

I think of a man I saw on one of those roads. He was walking around with a large Turkish flag and a bunch of pictures of Atatürk. Since I had no way of asking him what all of that was about, the only thing I did ask him was “Atatürk good?” to which he replied, sensibly: “good.”

I wish I could speak Turkish. And Georgian and Azeri and Farsi and Turkmen and Uzbek and Kyrgyz and Kazakh and Uyghur.

The geese don’t care about any of that. They are down there on the beach, quacking in Goosian among themselves, one following the other with comically clumsy steps. Why don’t they just fly, I wonder, and then I try to remember if geese can fly at all. There is a cat, too. It stalks around the beach, oblivious to the existence of the geese.

What a peaceful moment. Here I am on the overpass, slowly sipping my tea, not knowing that the traffic that lies ahead will be like a hammer to my soul, smashing my confidence, and that I will go to bed with a headache. 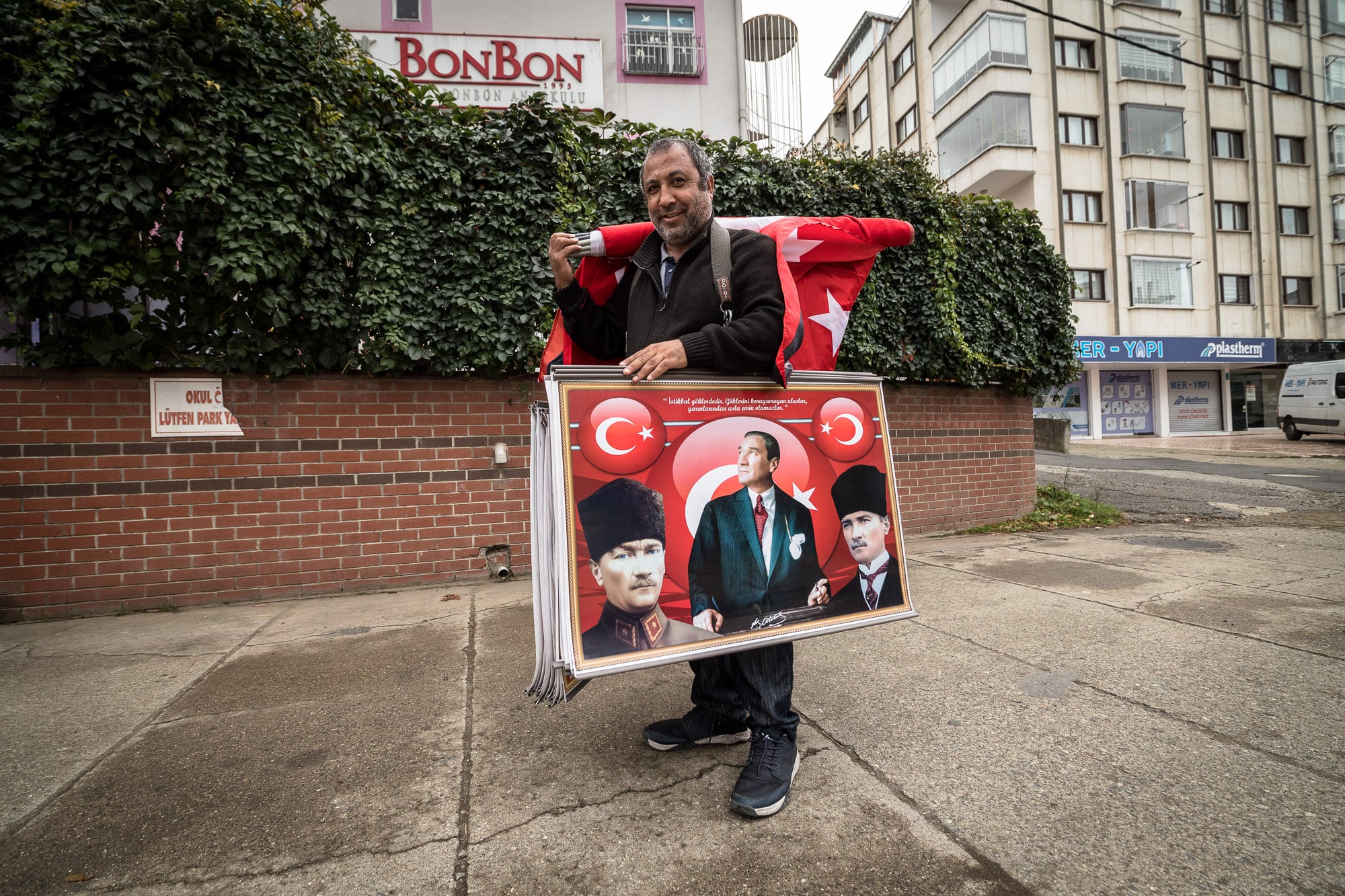 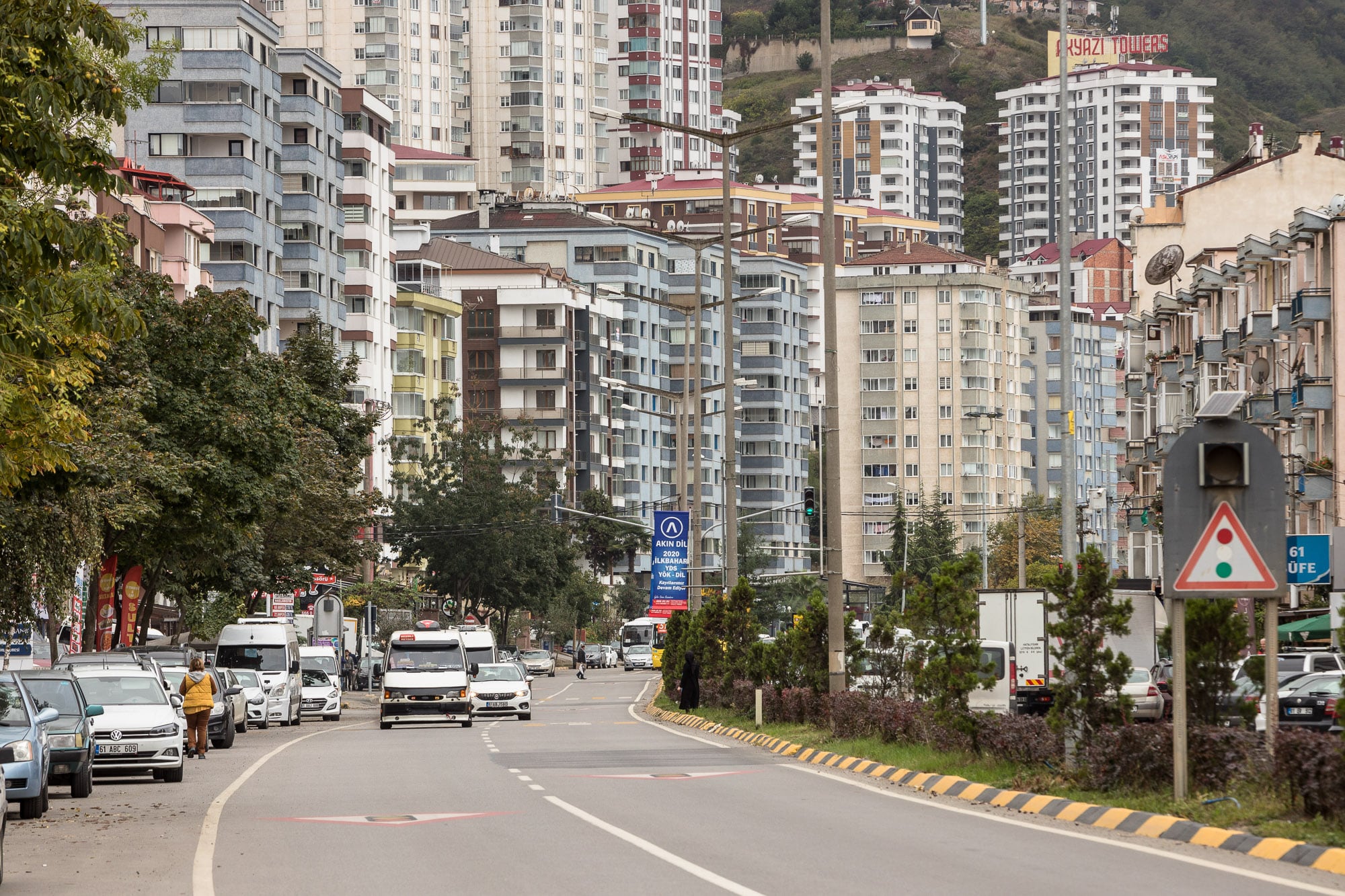 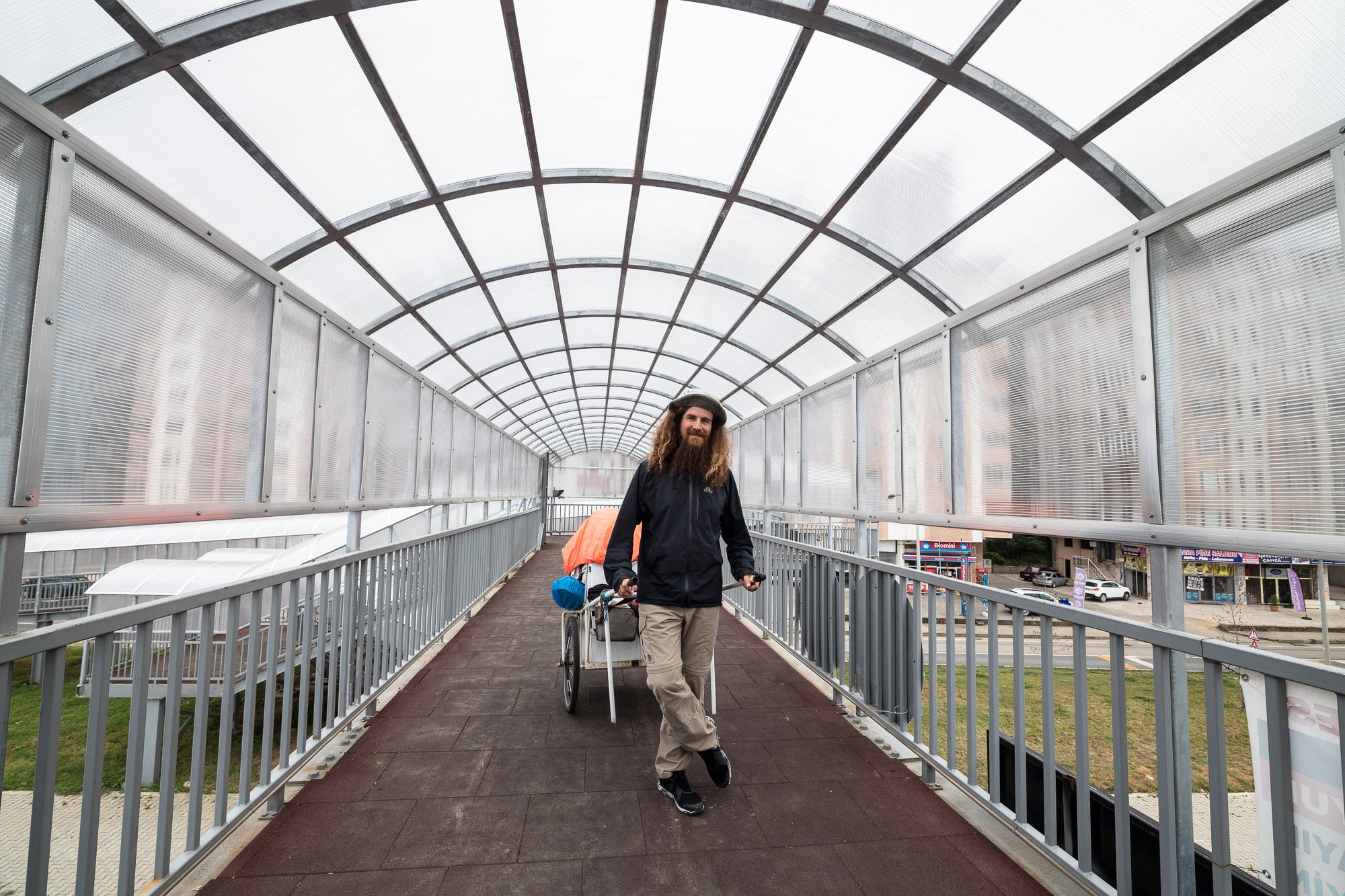 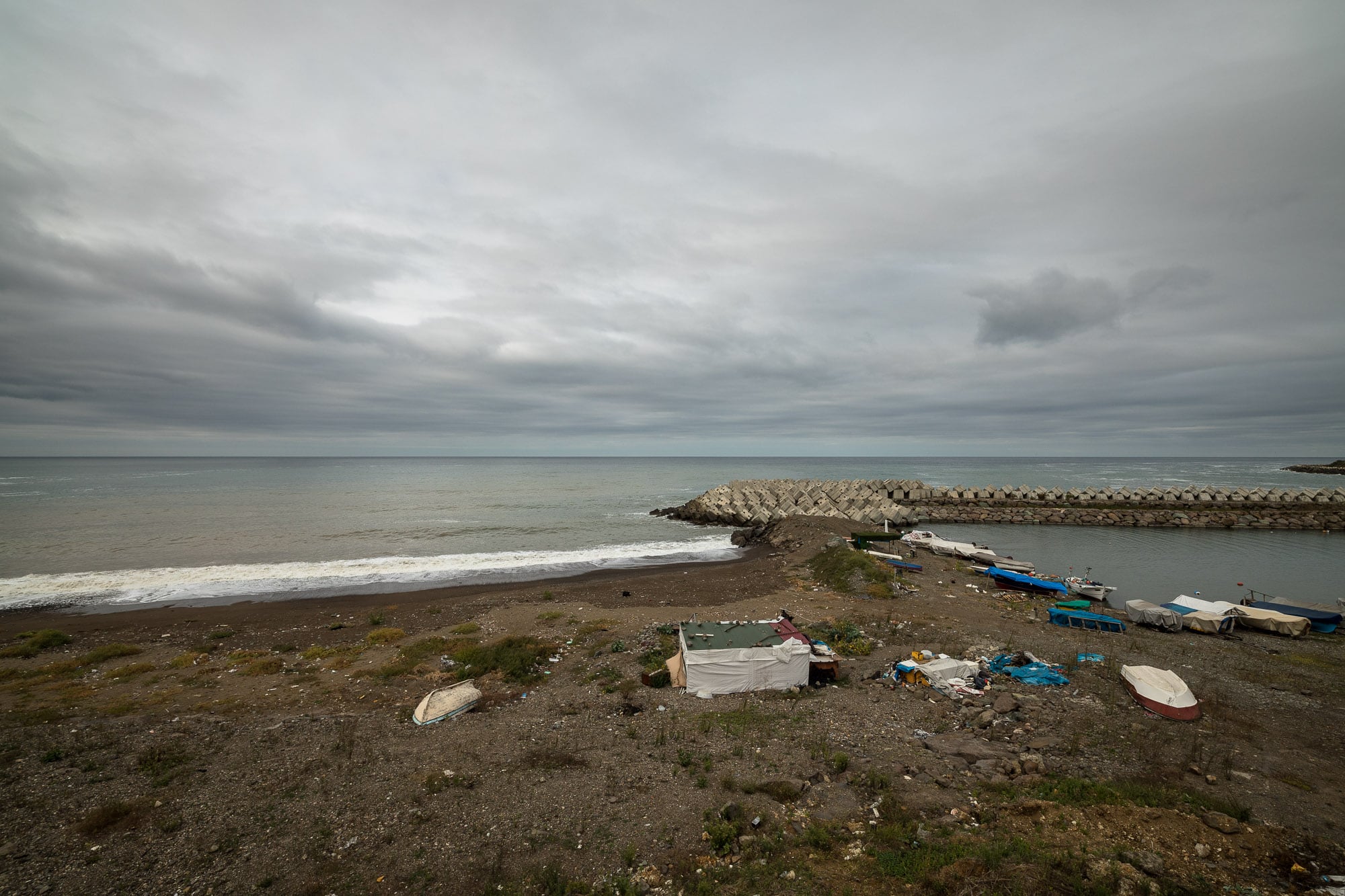 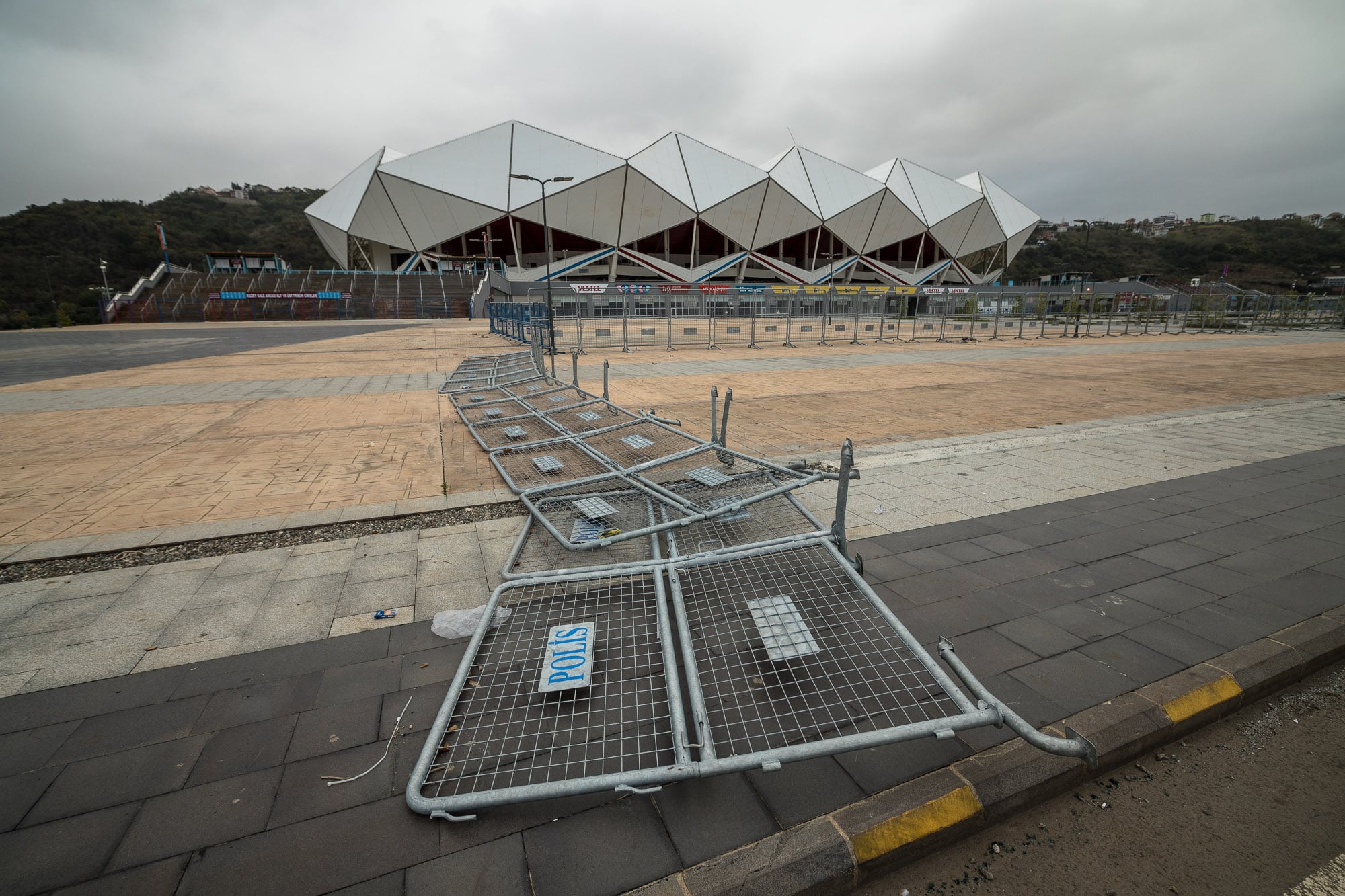 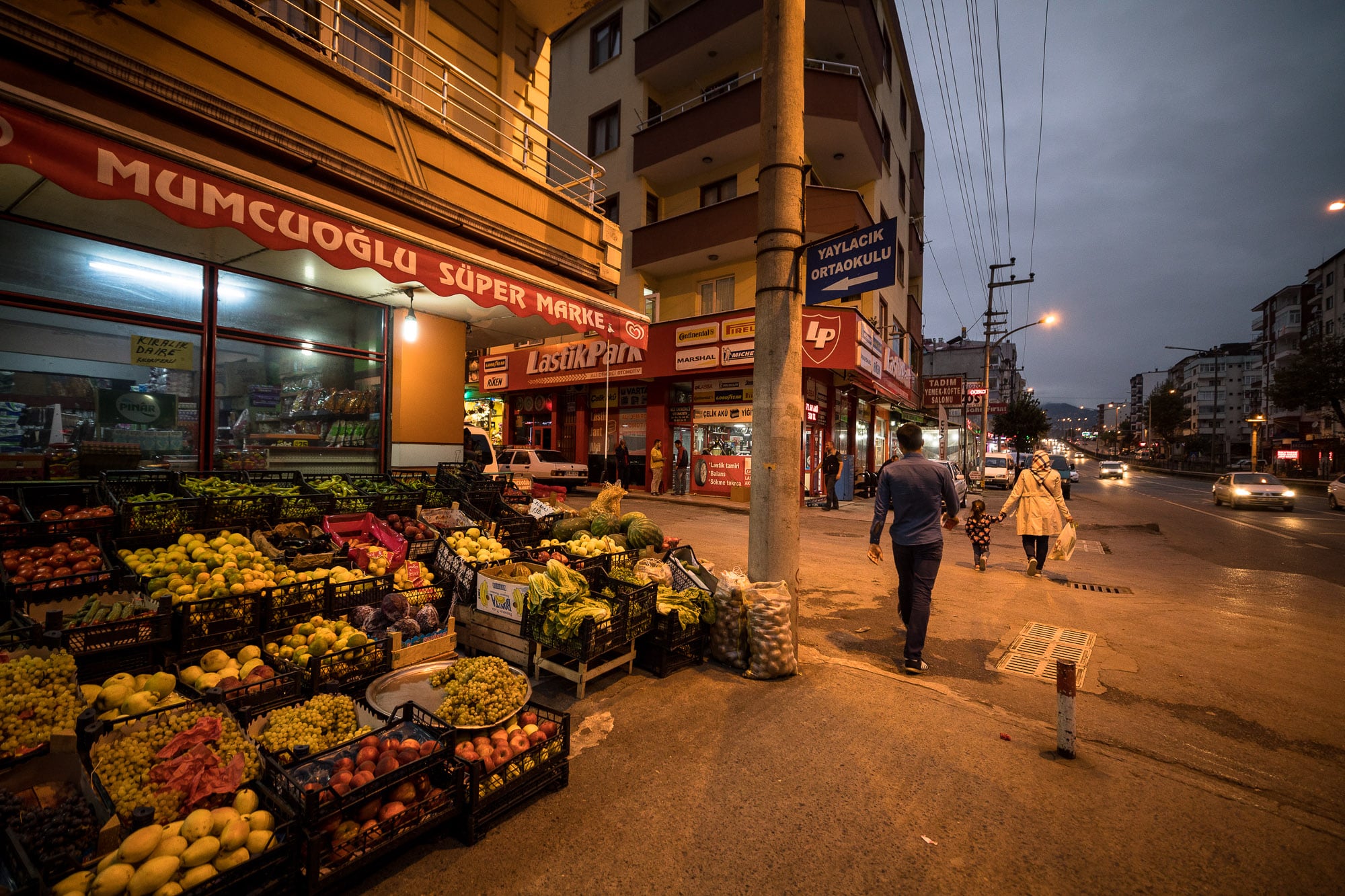 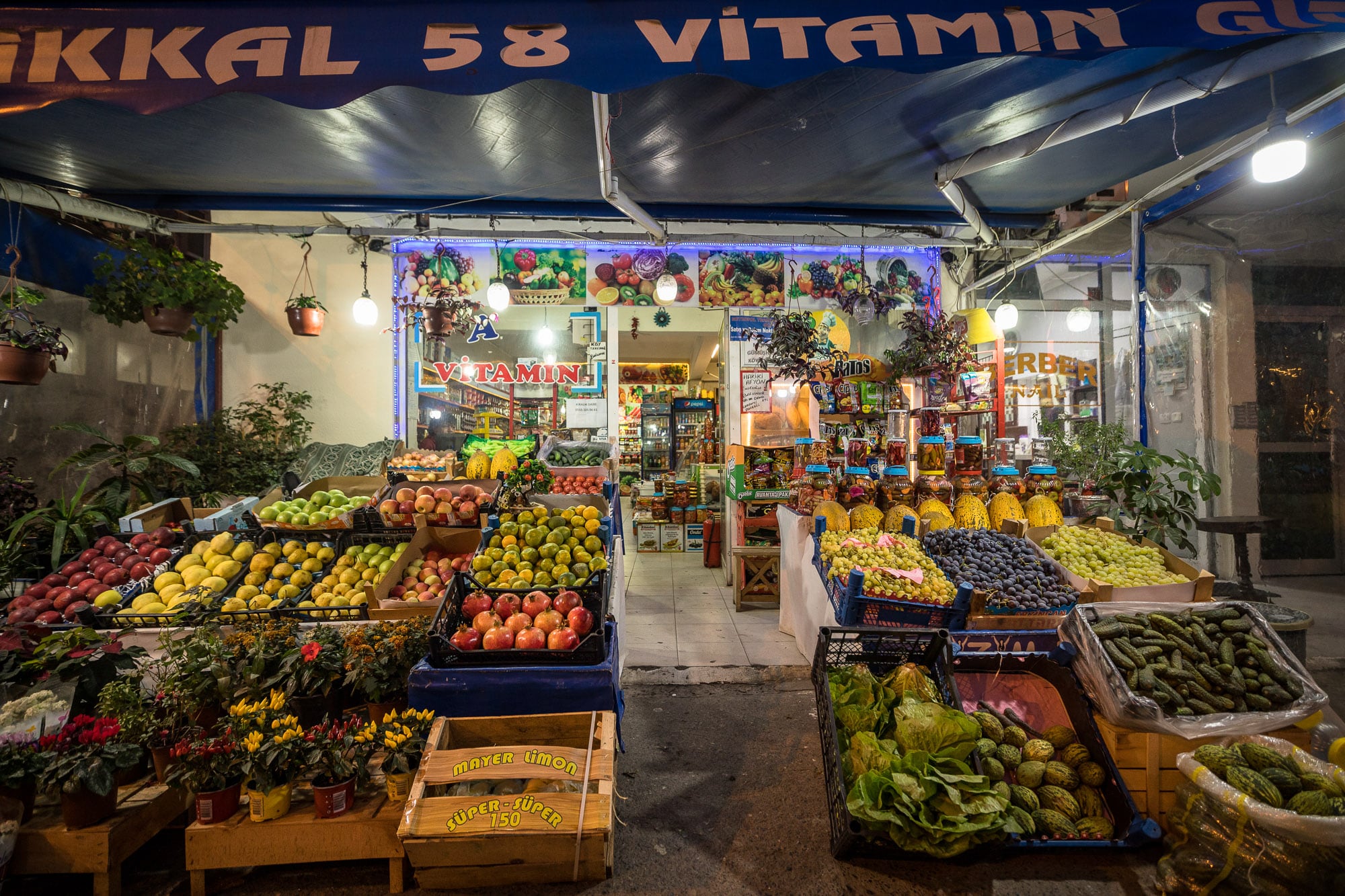 Day 1453
from Trabzon to Akcaabat