I took a walk around Trabzon with an old friend today. We talked about his life and mine, and about some of the things that had happened in the last few years. The big things and the small things. Meanwhile, we looked around.

When we passed the old Gülbahar Hatun mosque, I said let’s go in and check it out. My friend told me he would rather wait outside. He did not like religious buildings. For me it was different – I liked them, and even if I didn’t, I simply could not walk past a structure that was supposedly five centuries old and ignore it.

The Gülbahar Hatun mosque didn’t feel as if it was that old, though. When I looked it up online I learned that some Sultan had built it in the 16th century in honor of his mom, but that it had undergone a set of repairs in the 19th century. Must have been pretty extensive, those repairs.

A little later, we arrived at a former church that had been turned into a mosque. The Virgin Mary church dating from the 12th century had been converted into the Ortahisar Fatih mosque about three hundred years later. There seemed to be no backstory as to who had originally built it and in honor of whom. It had been constructed by the community, period.

Again, my friend waited outside.

I felt a bit confused by what I saw inside. There were soft carpets, there was the niche for the imam called mihrab and the set of wooden stairs called minbar, all of which clearly belonged in a mosque. Also, there were no wall paintings, only empty frames where they had been taken down or destroyed.

But the shape of the building itself betrayed its origins – instead of the round or square space that typically made up the center of a mosque, it was a long and narrow nave that was typical of a church.

It must be odd, I thought, for the Muslim community to line up for prayer in this confined space. Most of them would basically find themselves facing a wall.

It was at this point that I realized that I was being silly. Here I was, looking at mosques with a man who would always rather talk about Kantian ethics than about religious dogmata. And he was right about it.

We decided to go have some pudding. 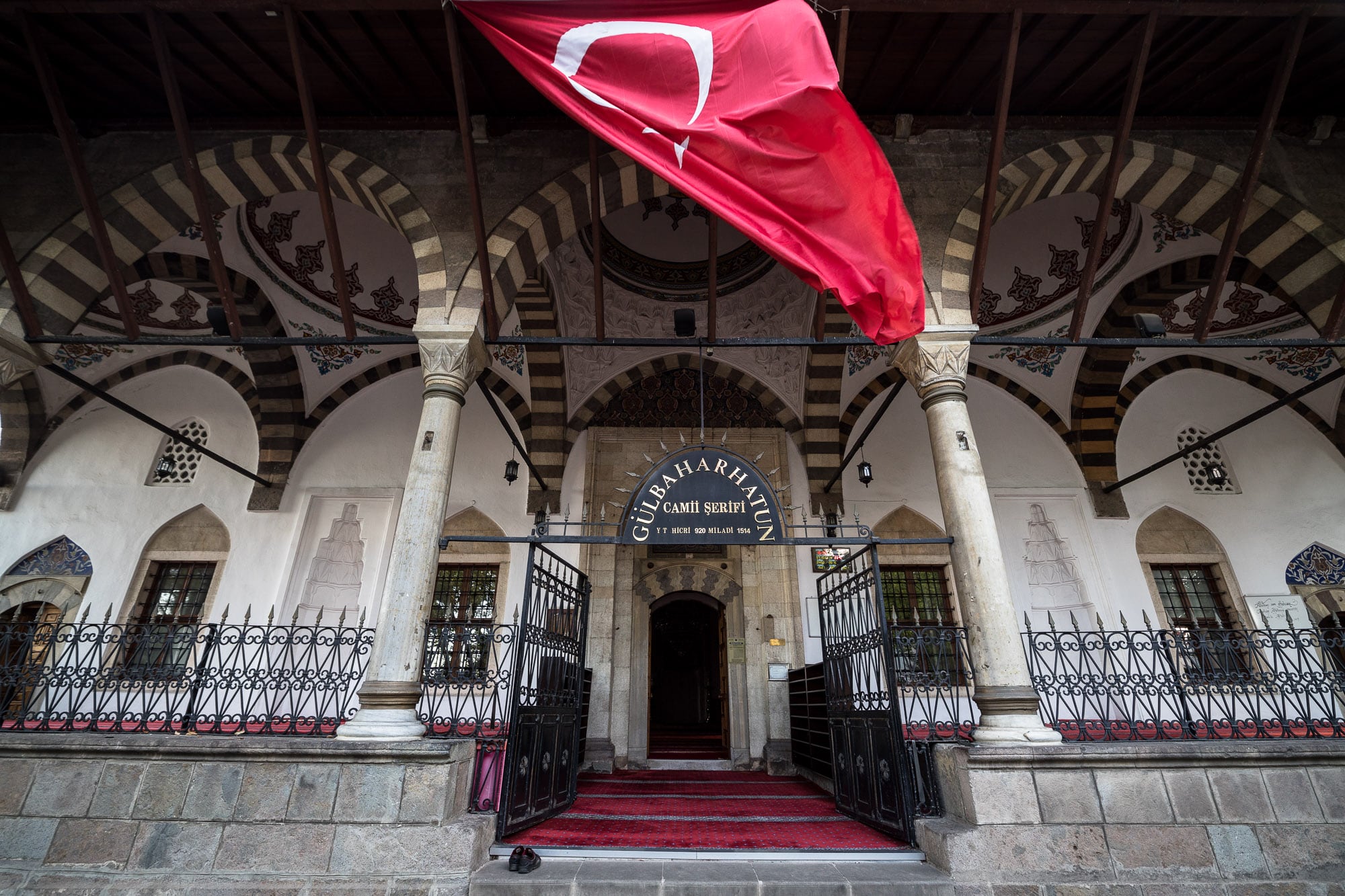 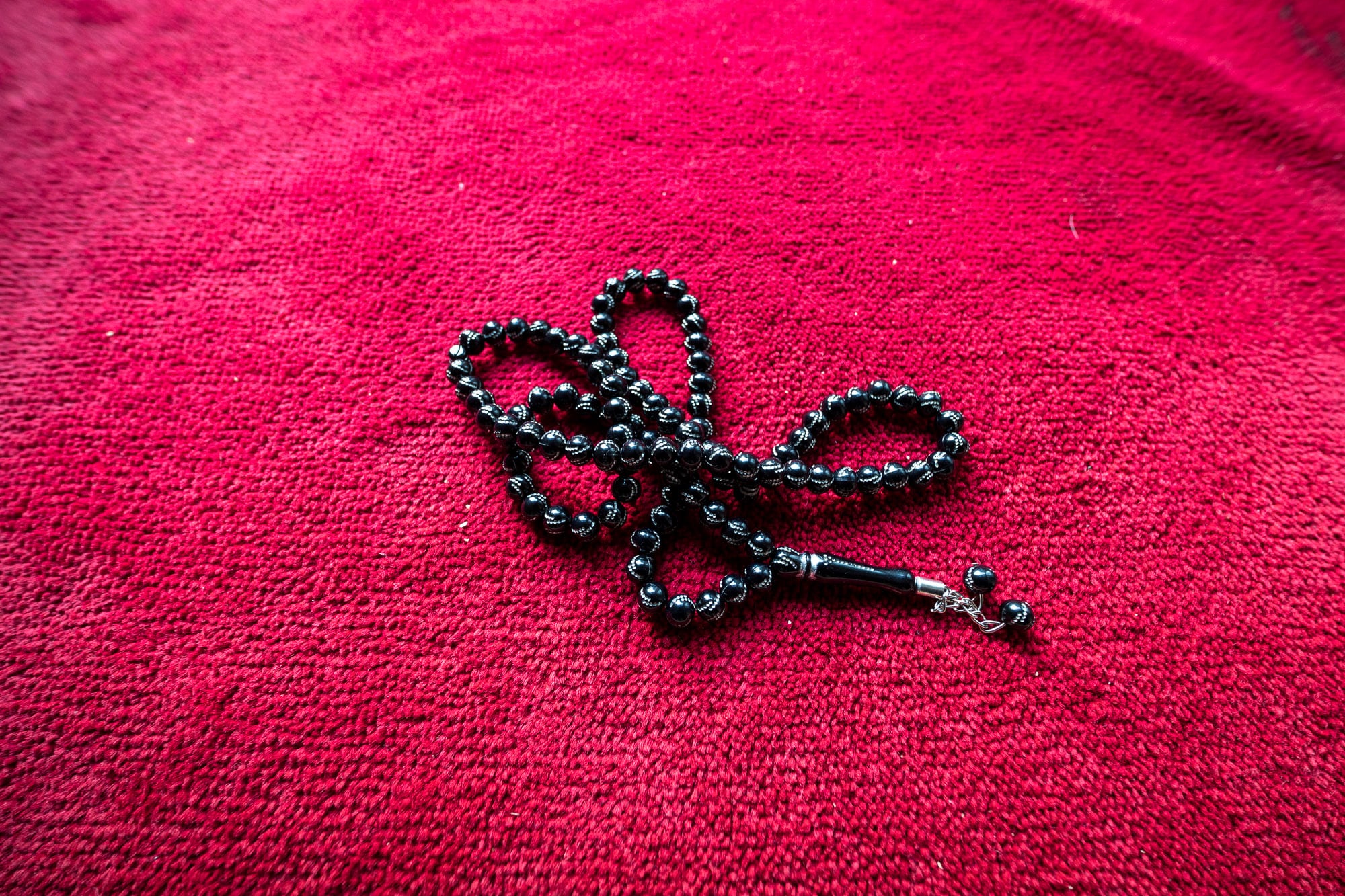 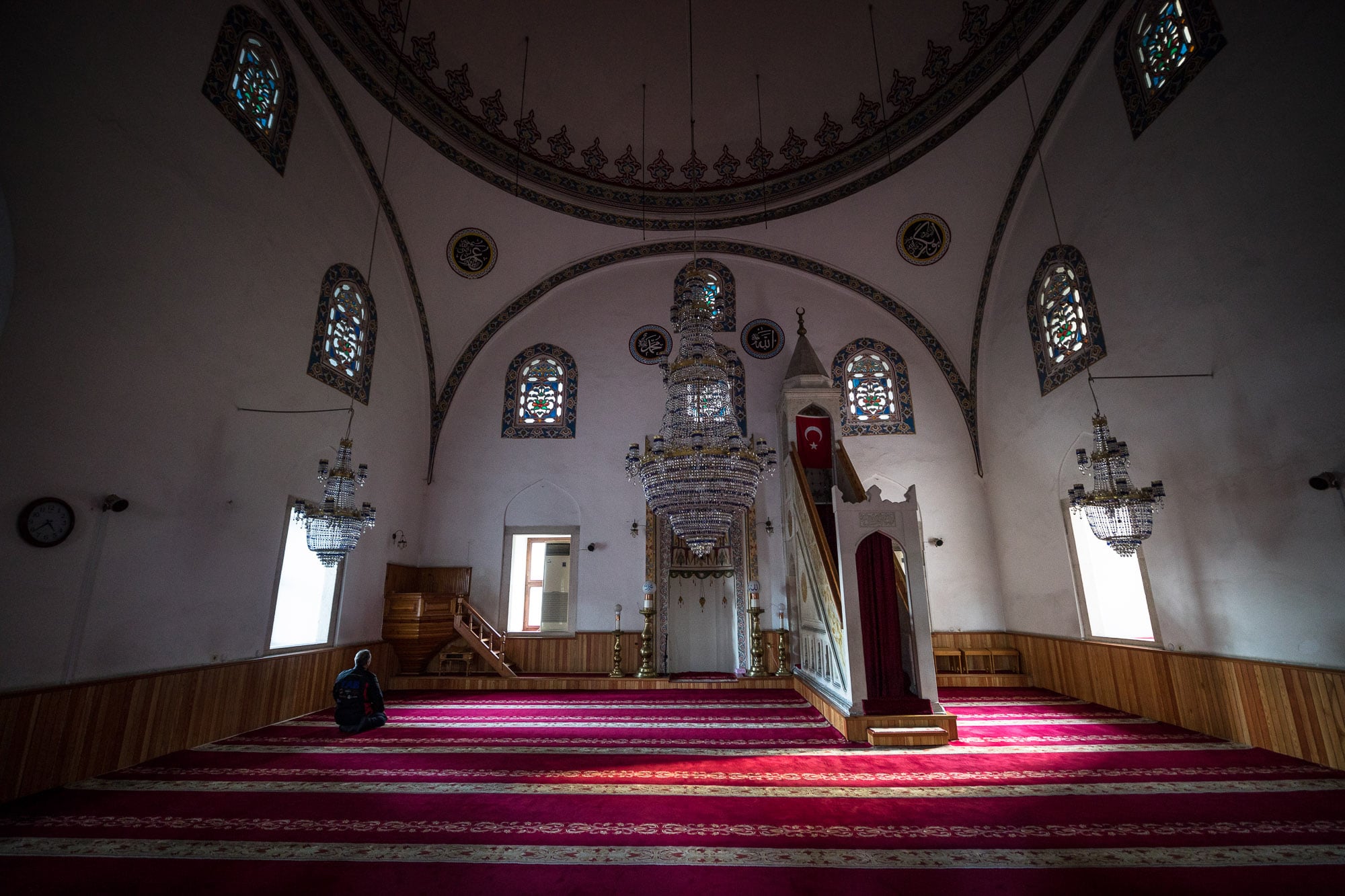 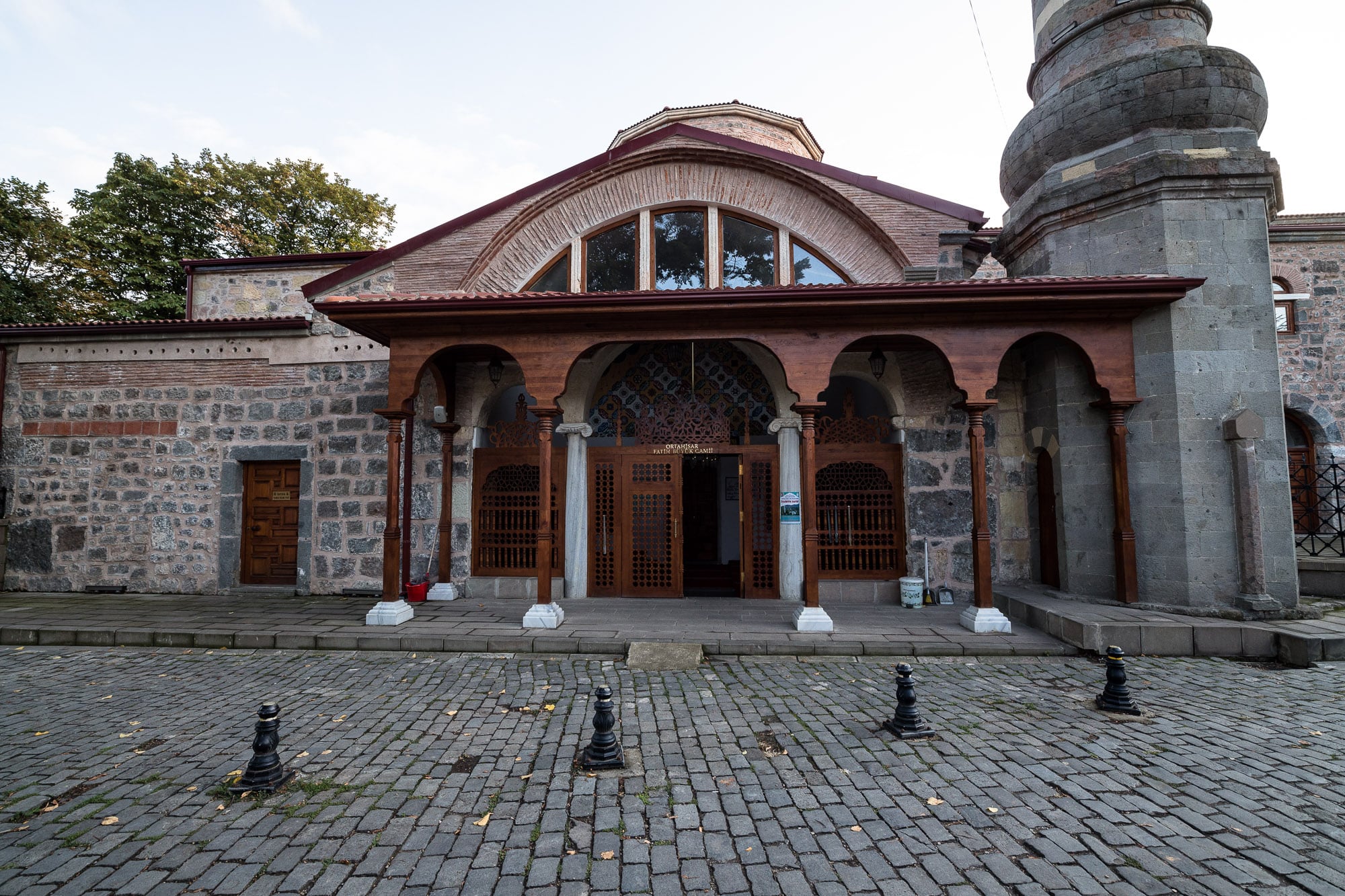 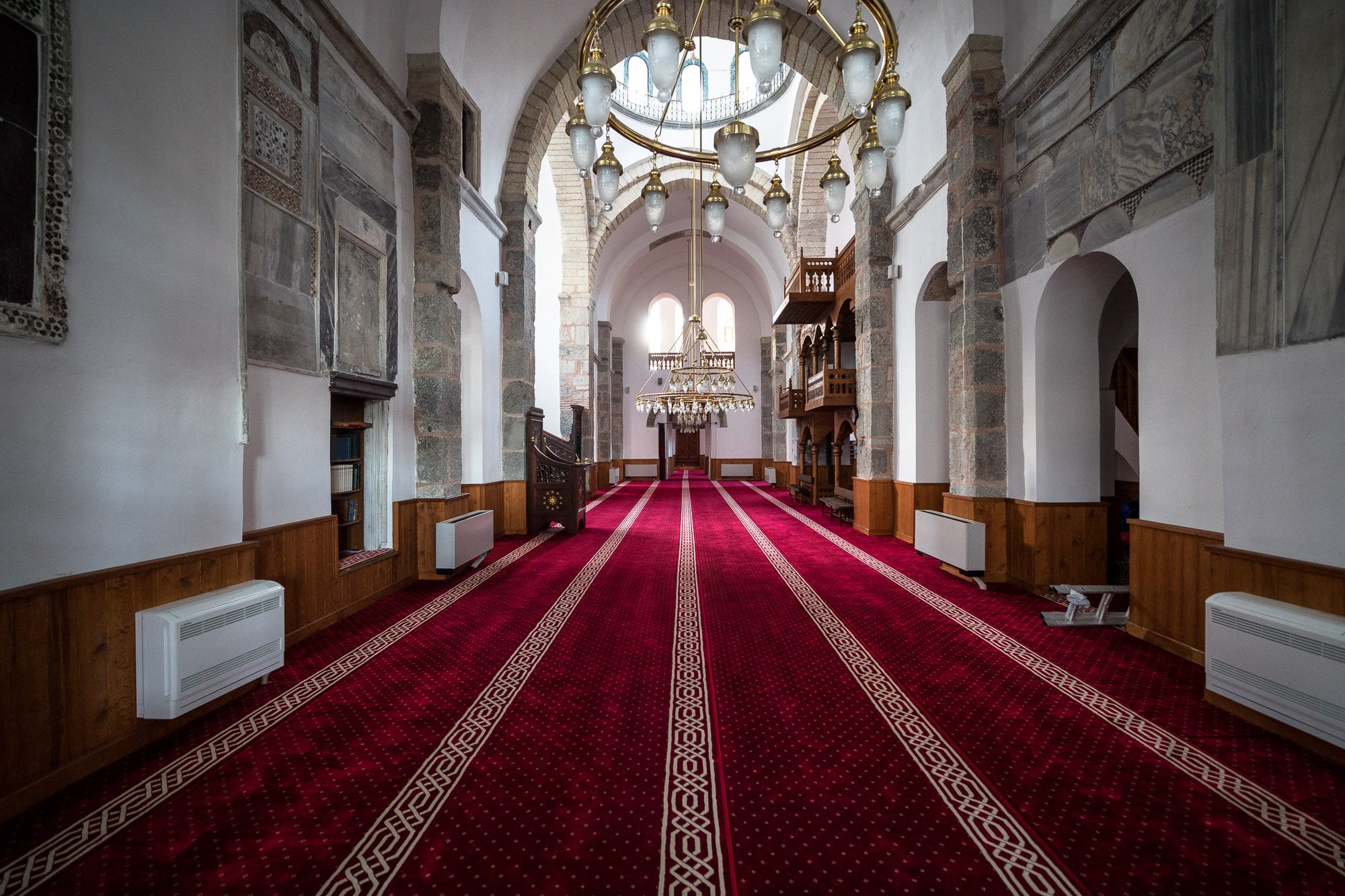 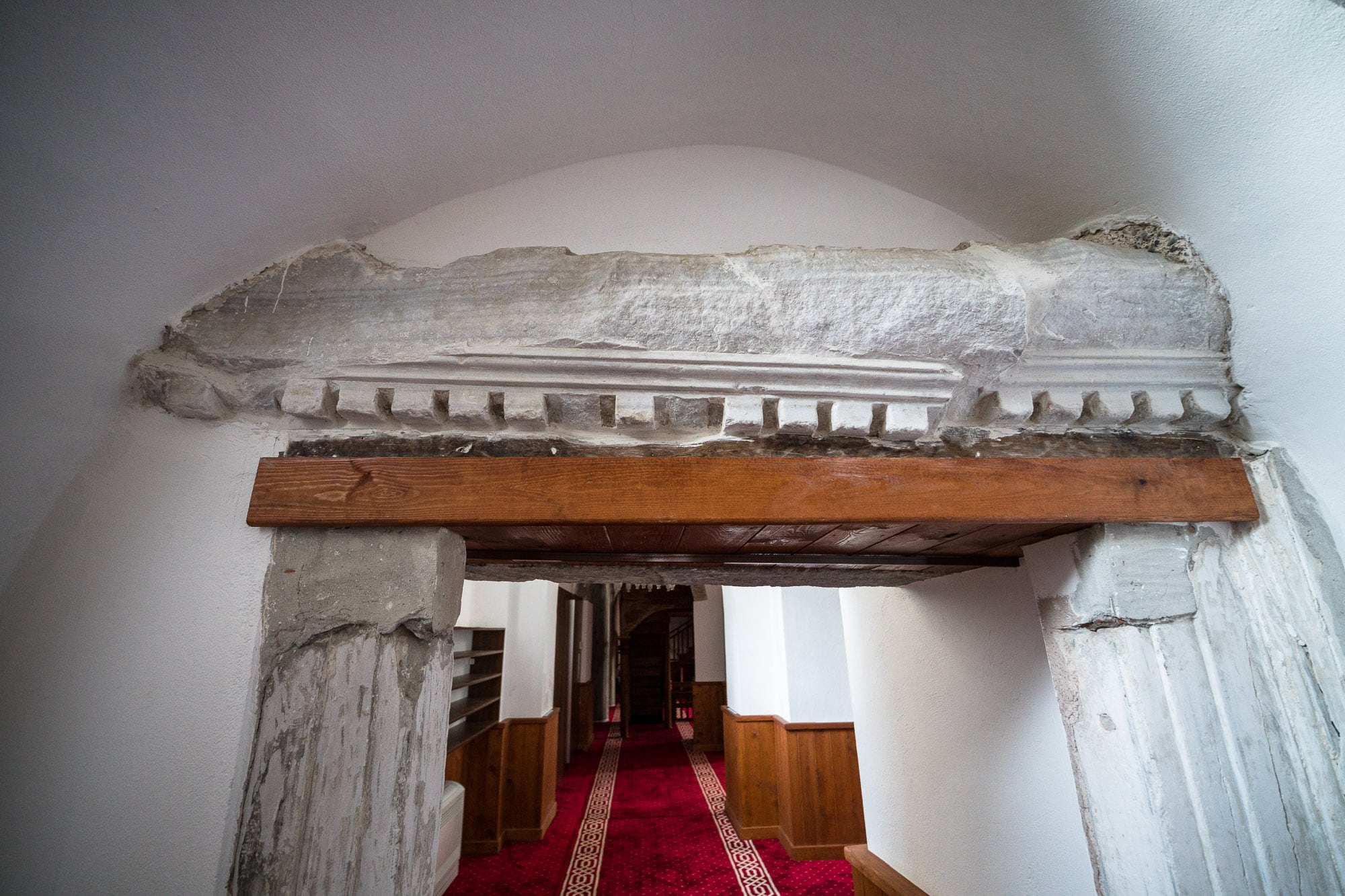 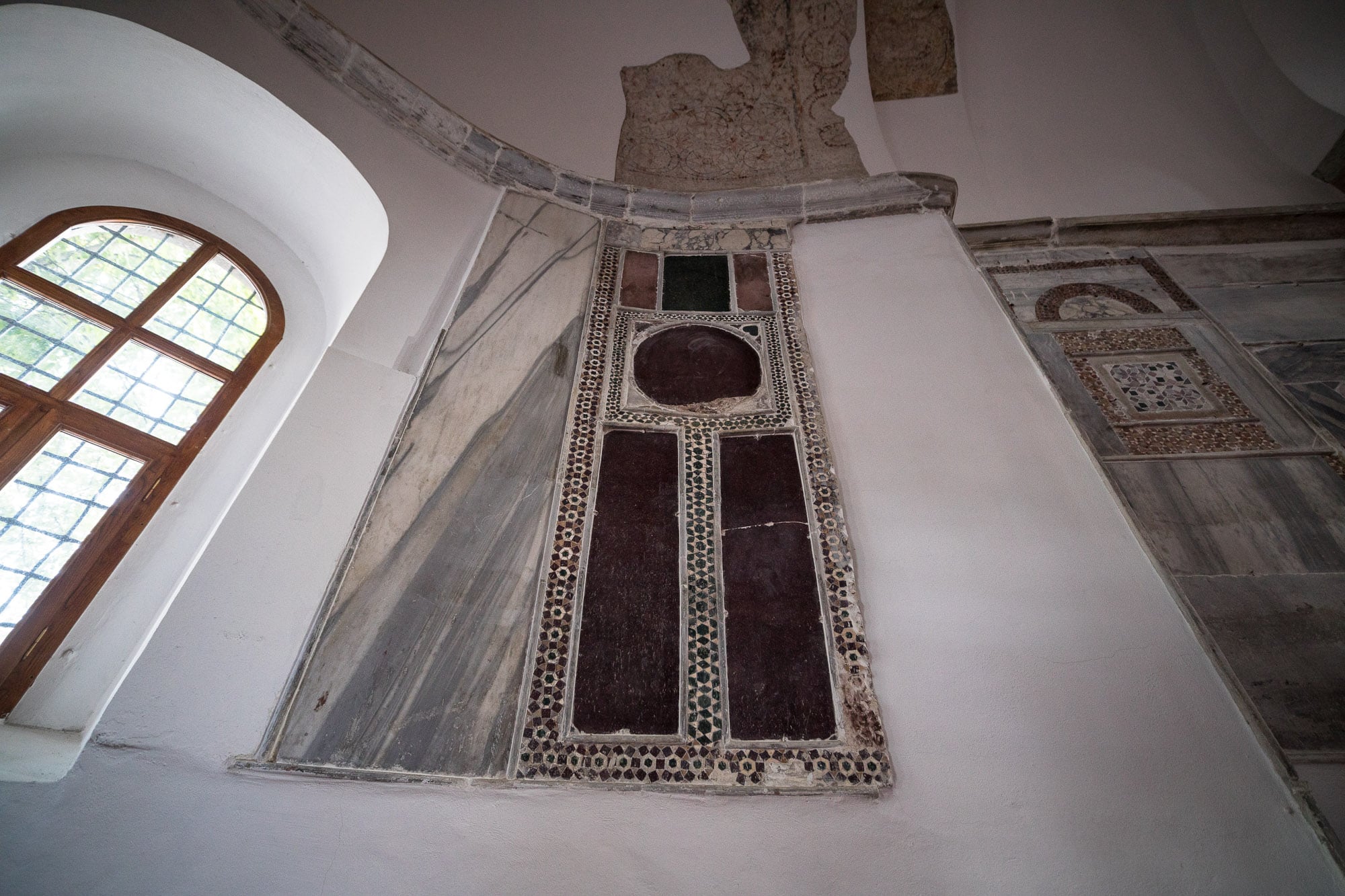 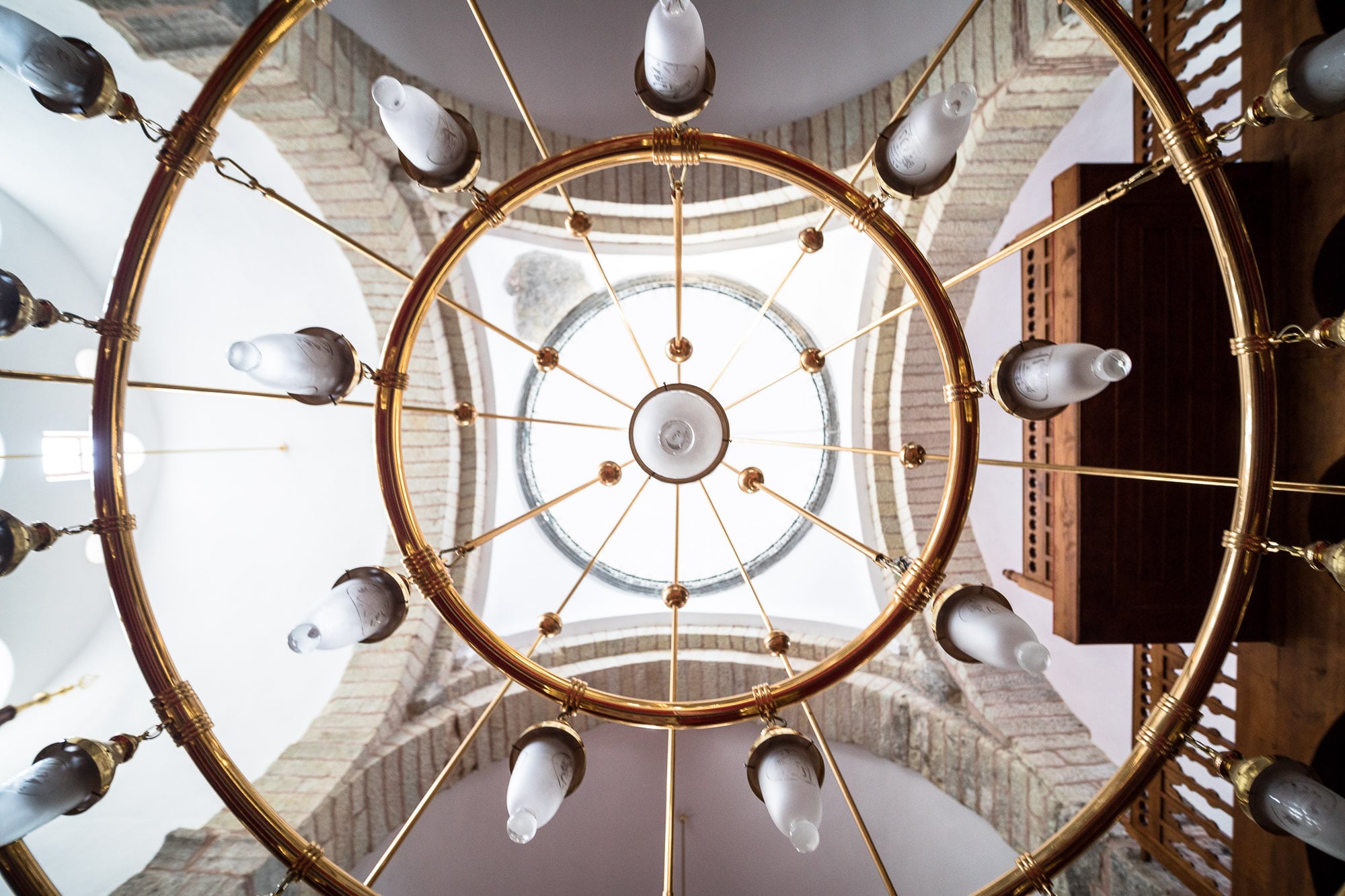