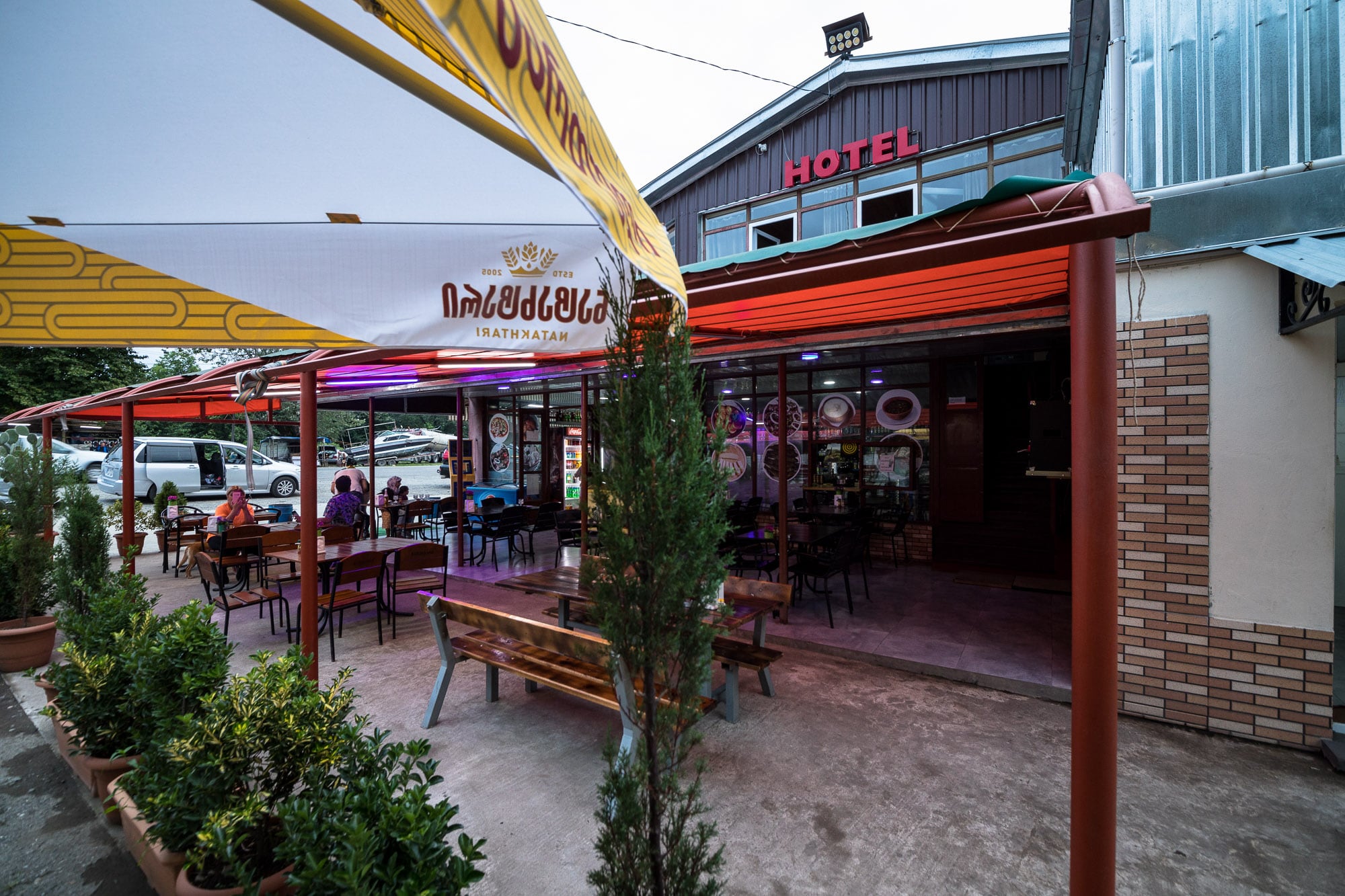 It’s got everything: rooms, food, a shop, restrooms, a shower, wifi, and non-stop dance music that is very loud.

I am enjoying it. Doing some laundry, resting my feet.

Oh, and yesterday I found myself kicking the shit out of some dogs. And I mean full-on football penalty style kicking. There were some street dogs that were hanging around near the hotel. Suddenly there was chaos on the ground next to me: three of the dogs had somehow managed to grab a little cat, and they were tearing into her.

So with all my anger, with all my pain and frustration, and with every bit of fear that I had endured over the last three years because of some other mean dogs, I kicked the shit out of those fuckers. The dogs went flying, and the kittie was saved: 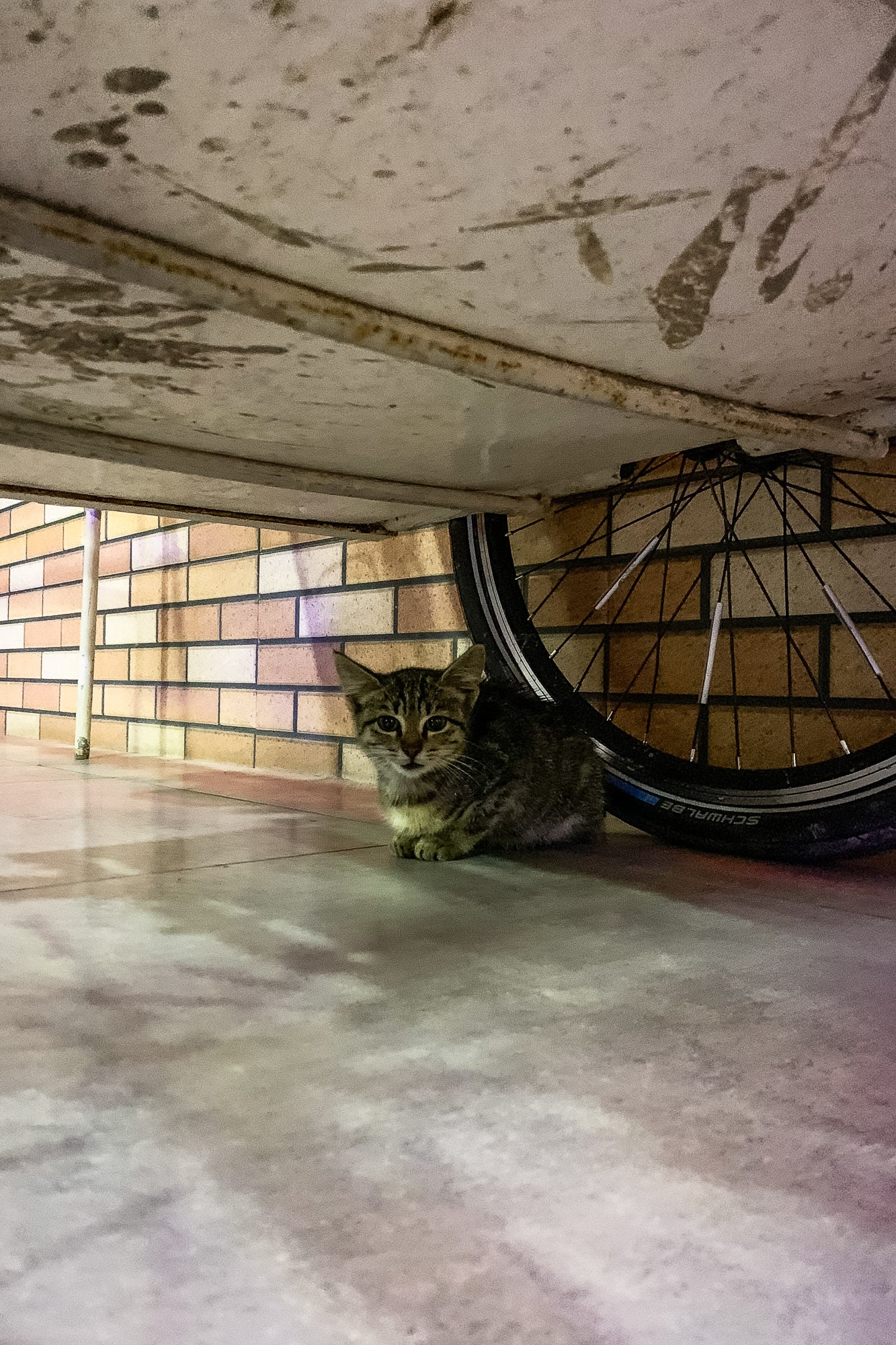 Were the dogs okay, you wonder?

Well, I chased one of them down, and he submitted, squirming in the dust. He looked fine but terrified, and rightly the fuck so.

Another one later came crawling to me and wanted to be petted. So I did that.

I never saw the third one again.