I couldn’t hang out in circuses and swimming pools forever. So today I packed up my stuff and walked out of Zestafoni: 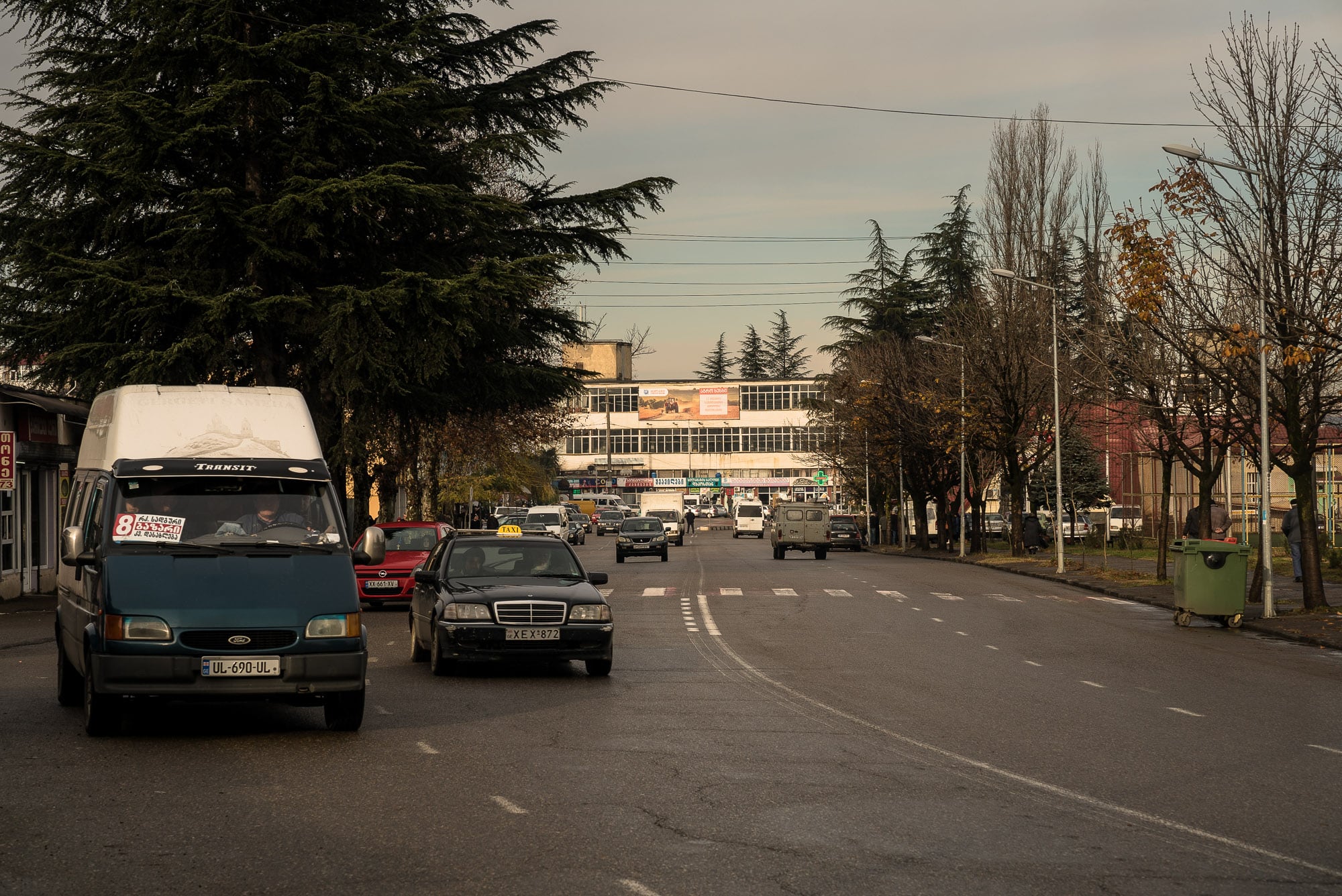 Someone had apparently been trying to make the road a bit prettier by painting murals on some of the walls: 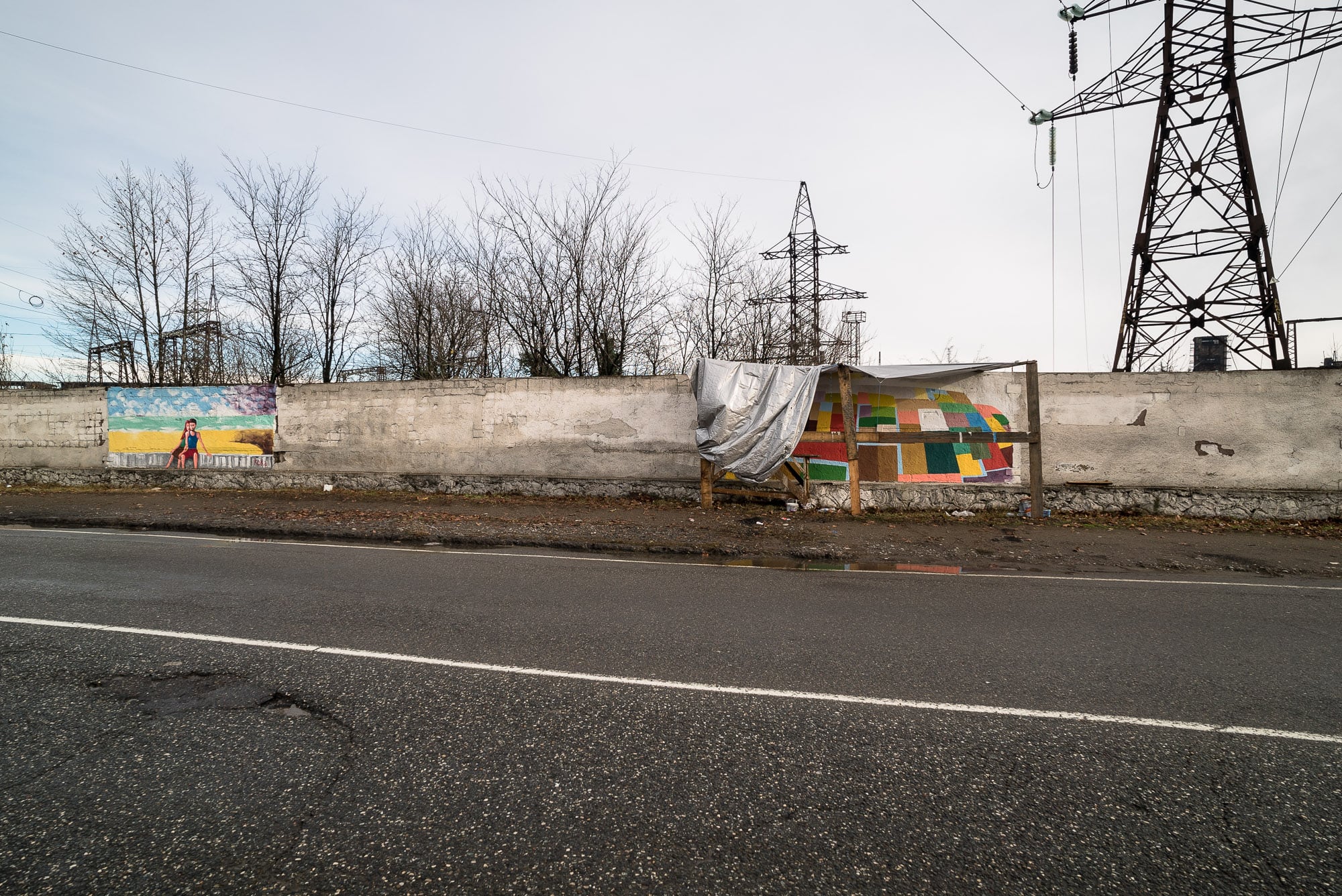 This echoed some of the older murals that the Soviet Union had left behind on factory walls. Many of those factories were now ruins: 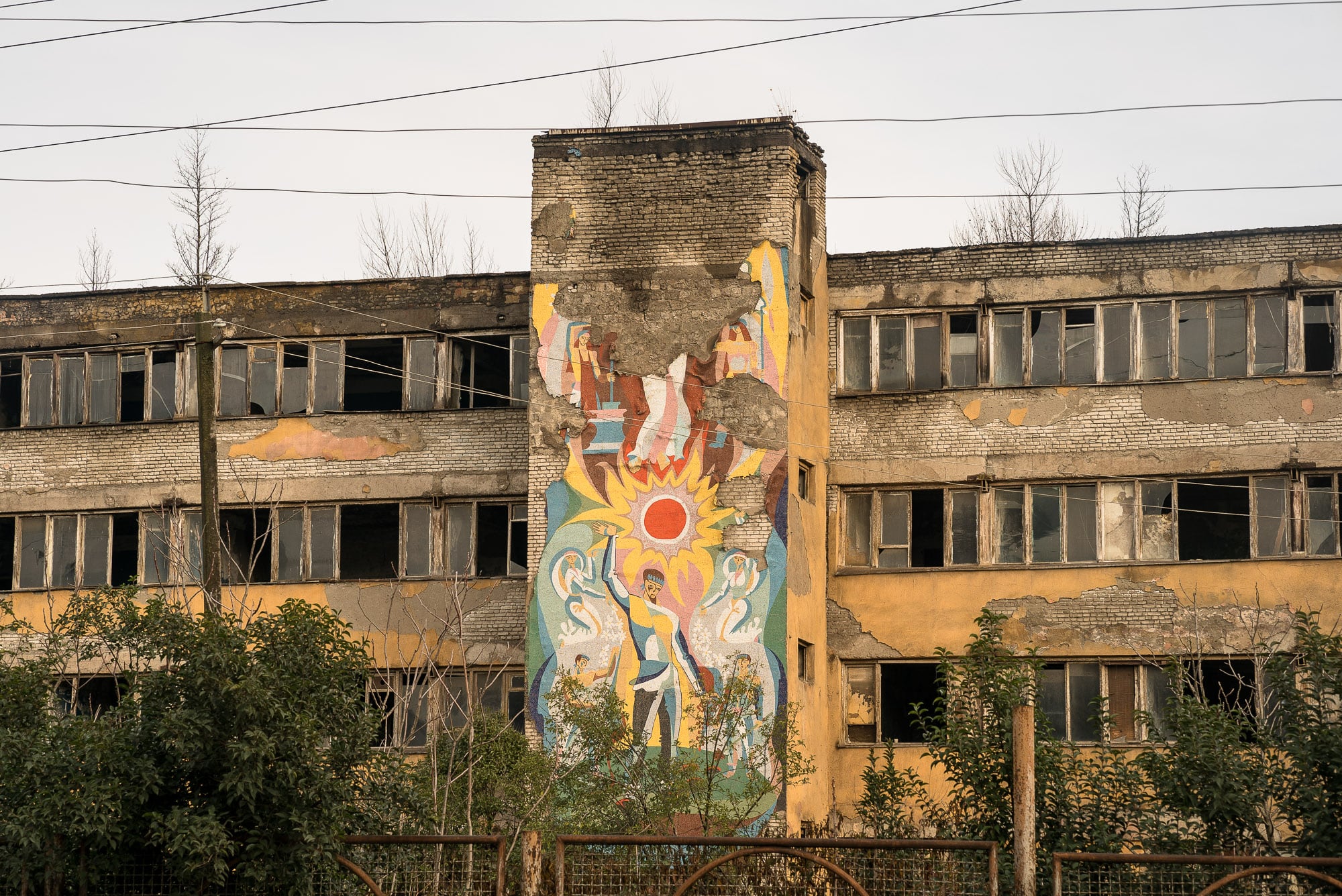 I quickly left the main road and went southwest into the mountains: 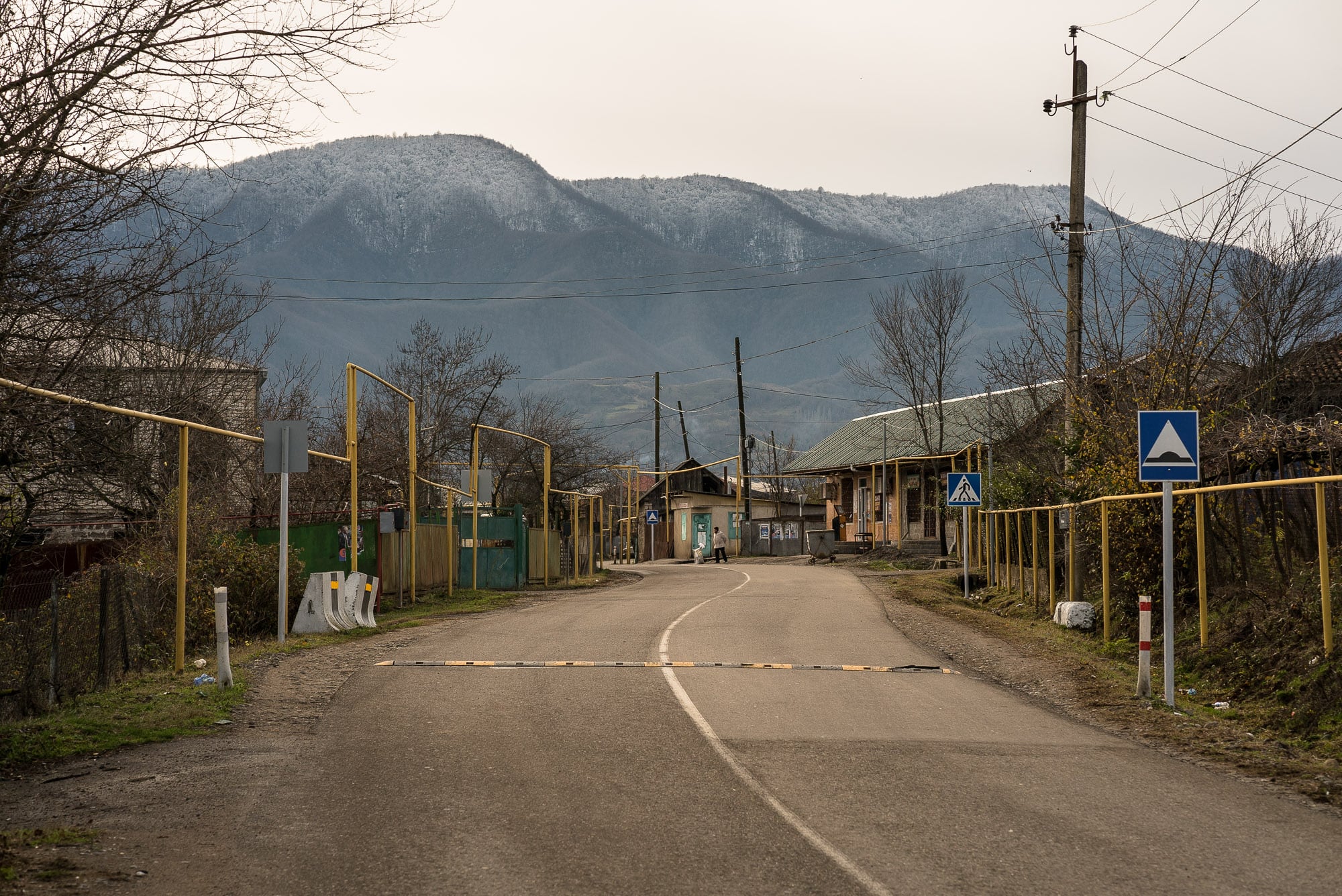 This meant entering cow country. There were so many cows, and almost all of them stood still when they saw me: 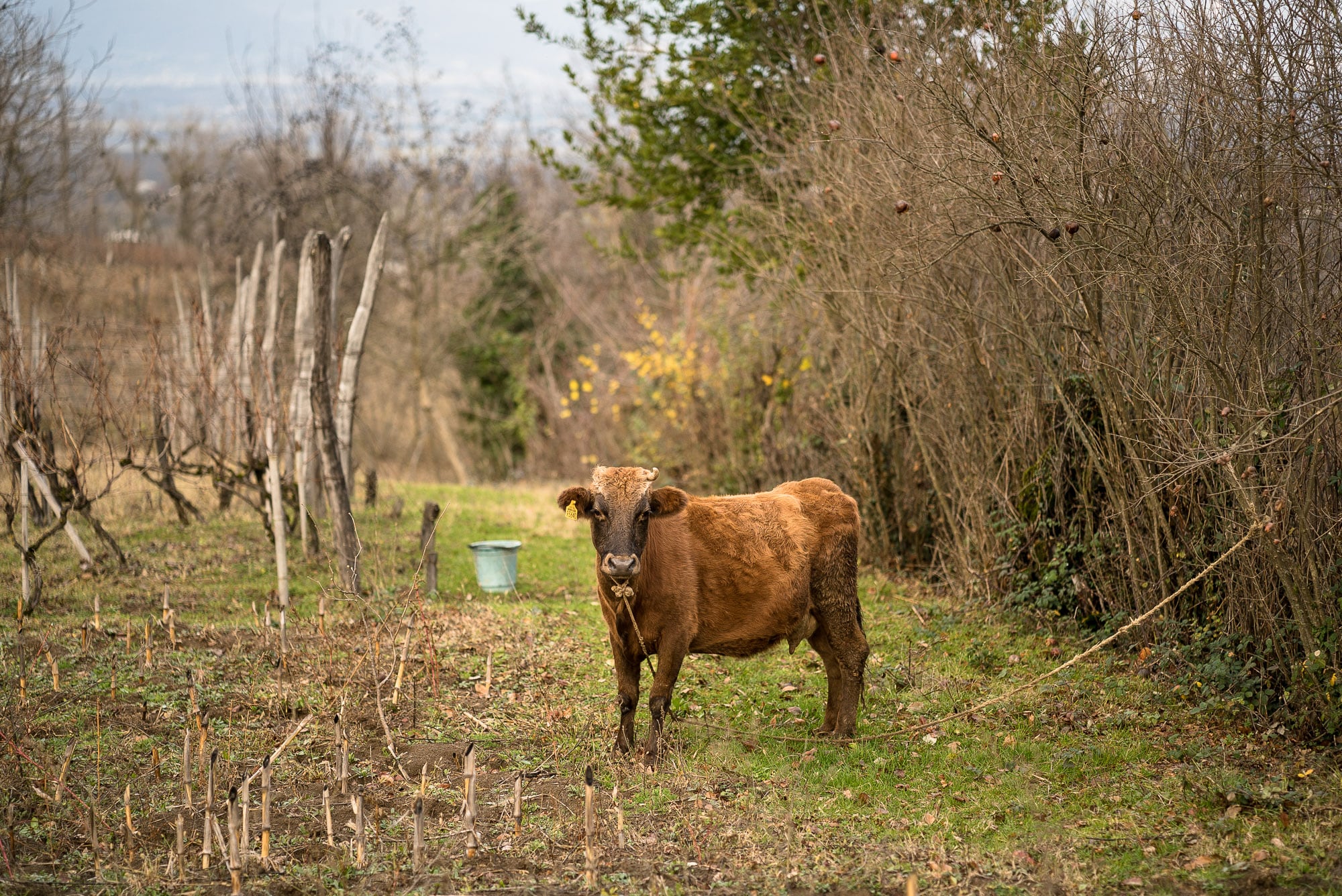 They would just stand there… 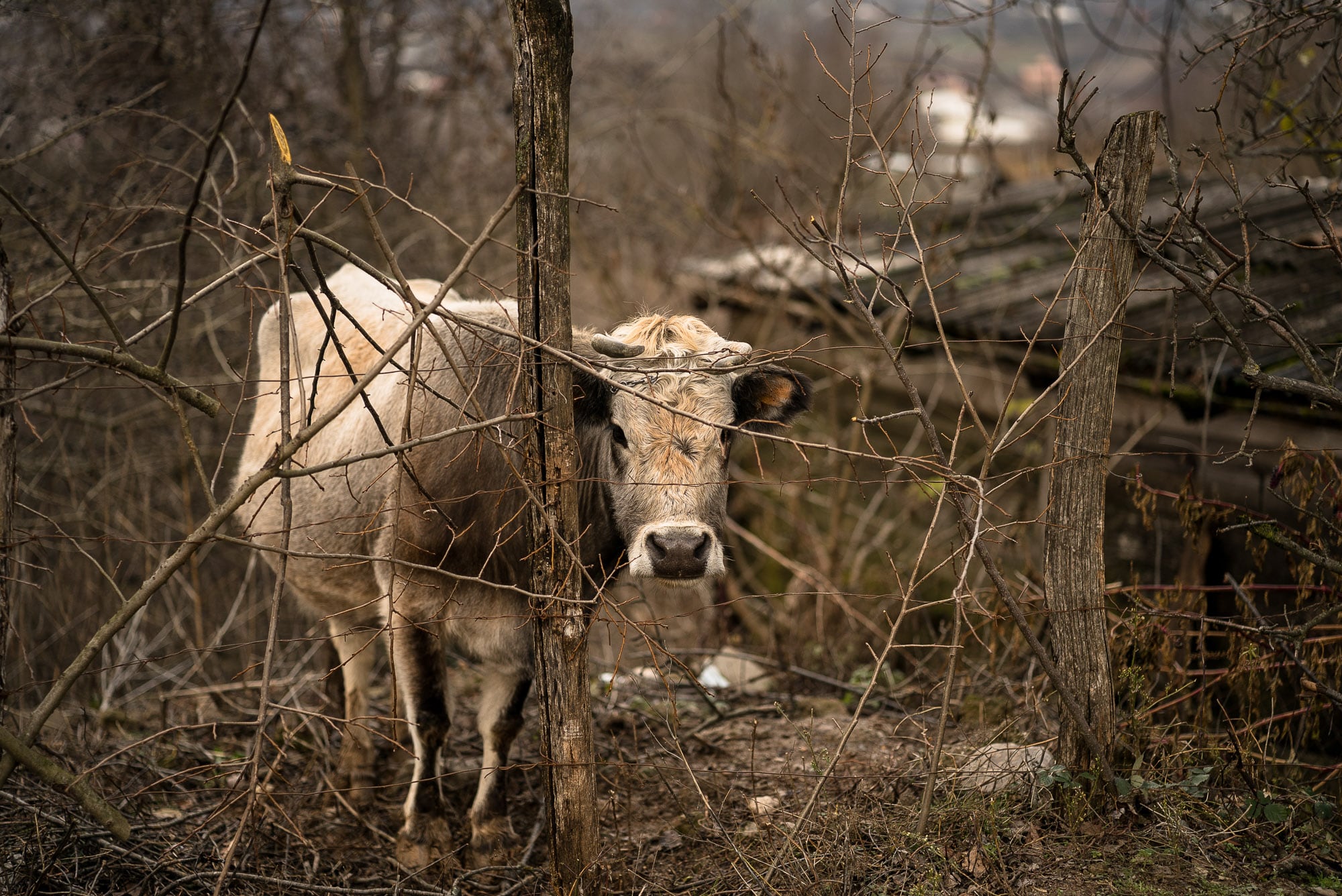 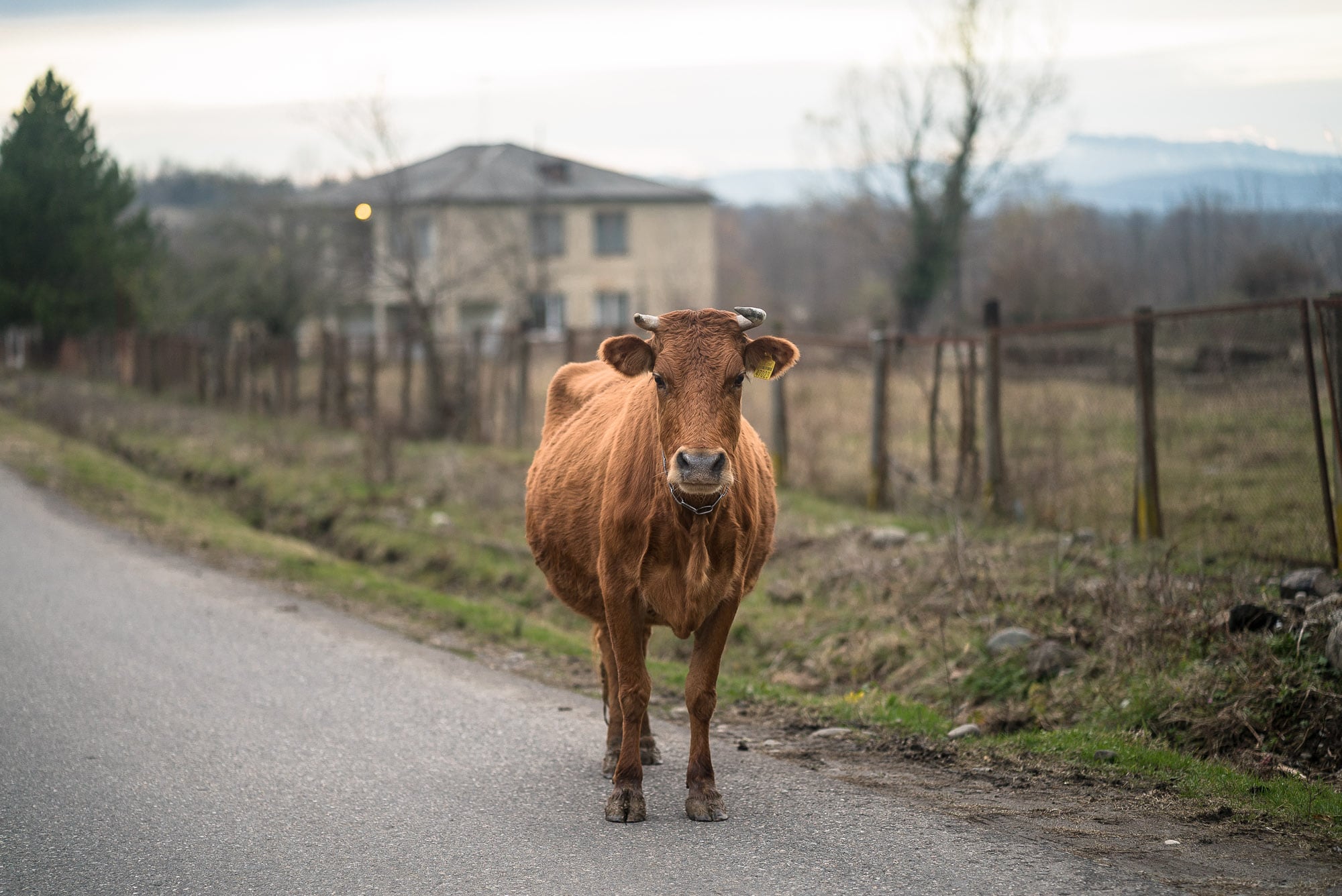 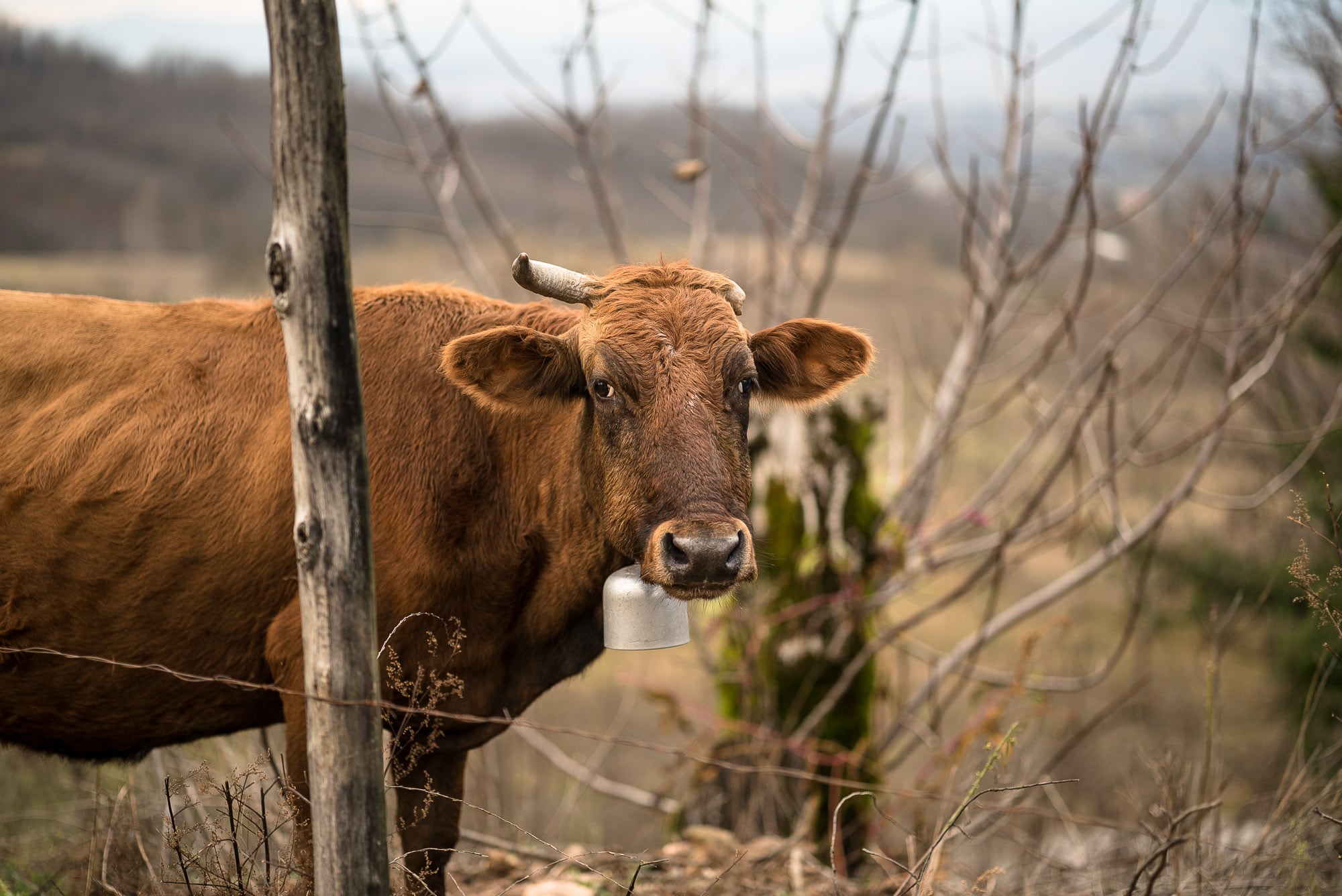 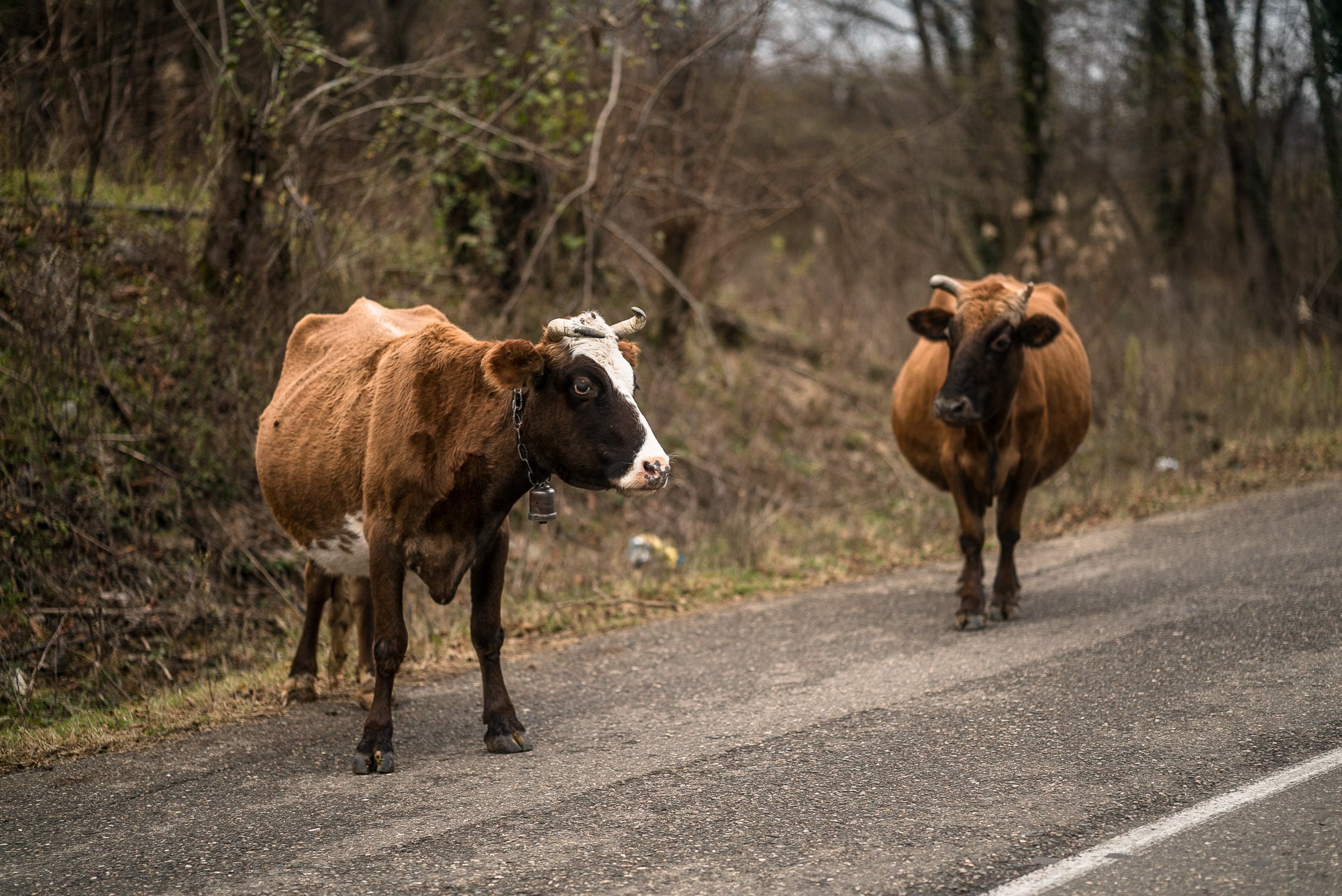 …and sometimes they would just hide in the bushes: 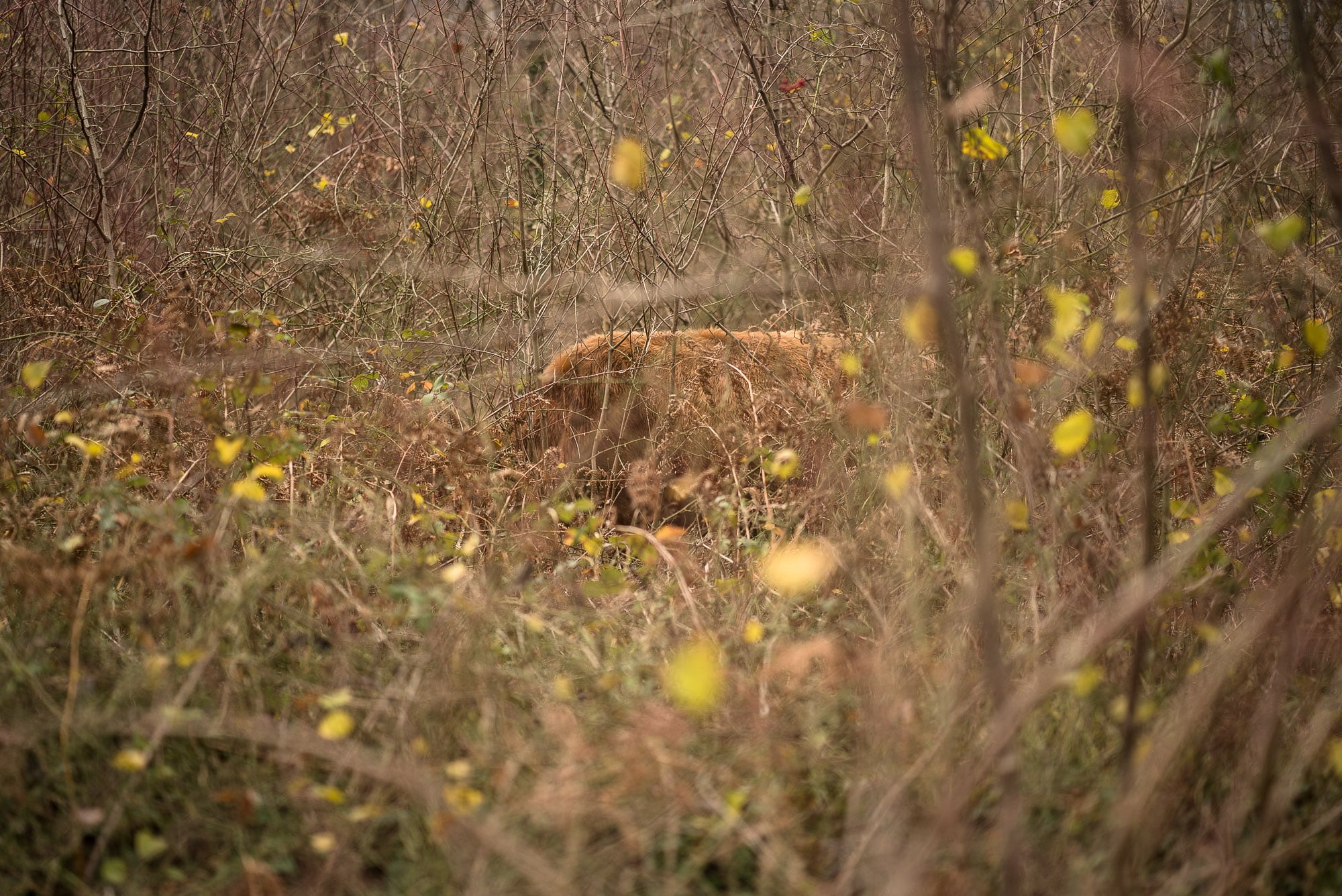 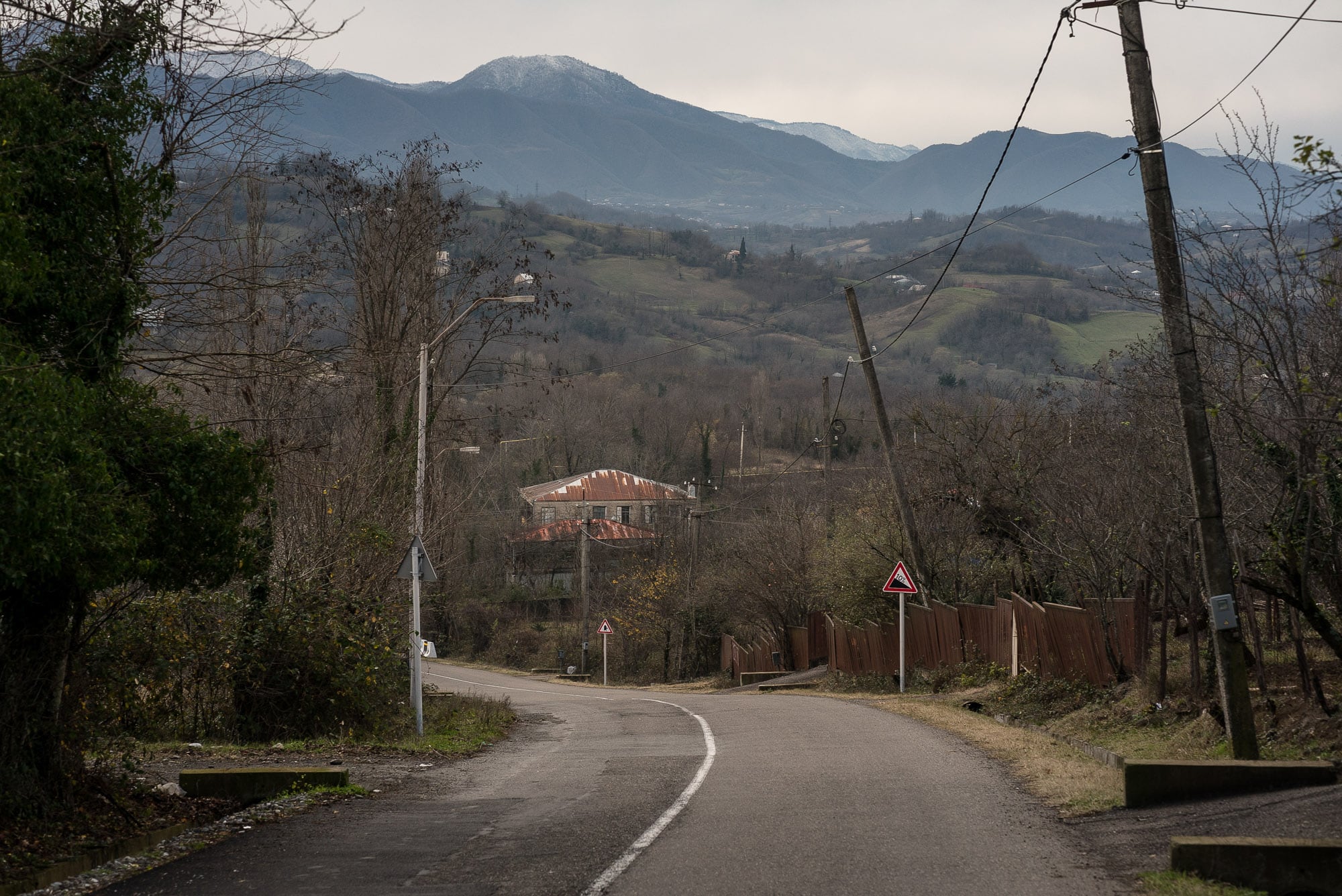 And every once in a while there would be a building that lay in ruins: 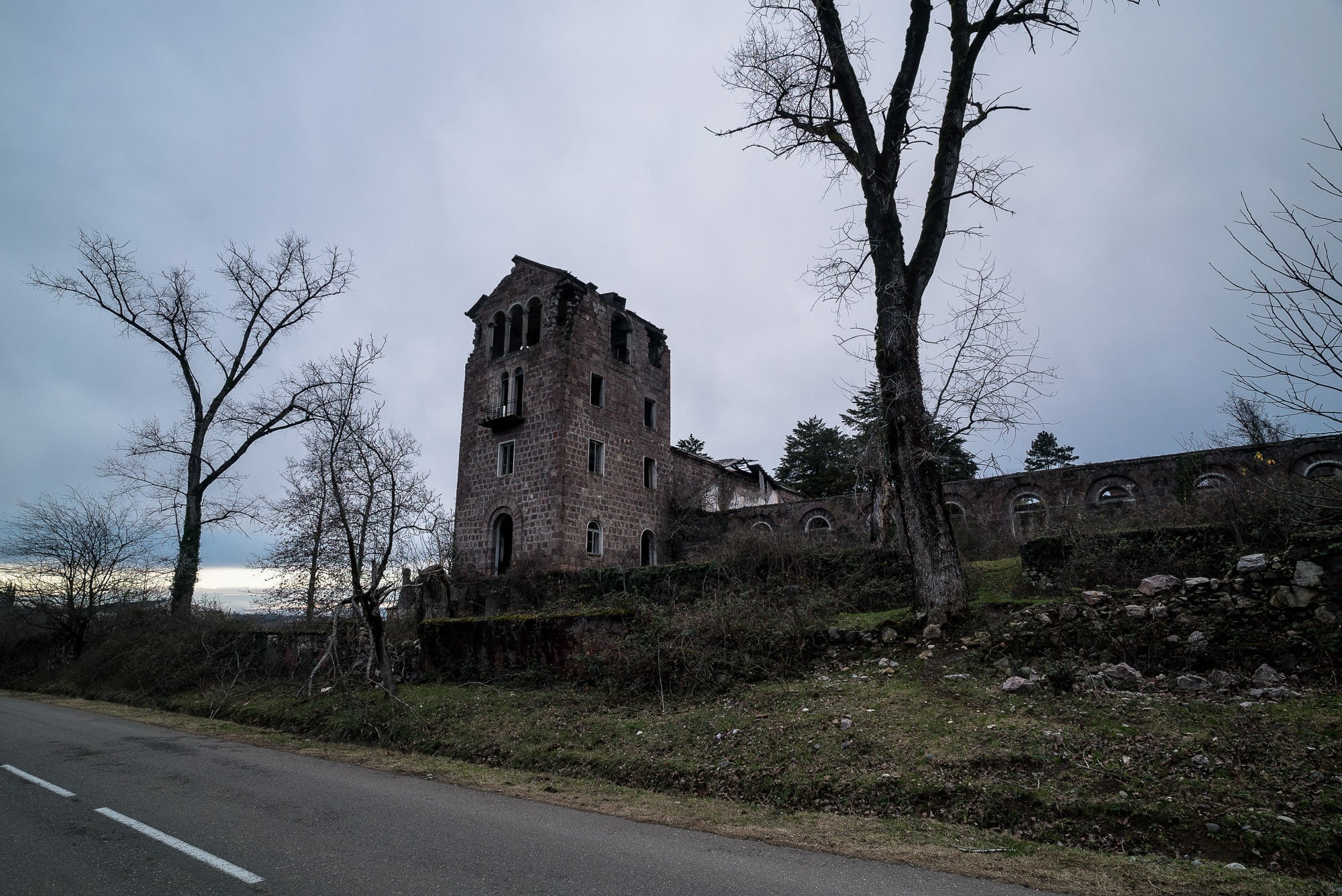 When I came to a graveyard I noticed that many of the headstones were accompanied by large painted portraits of the deceased: 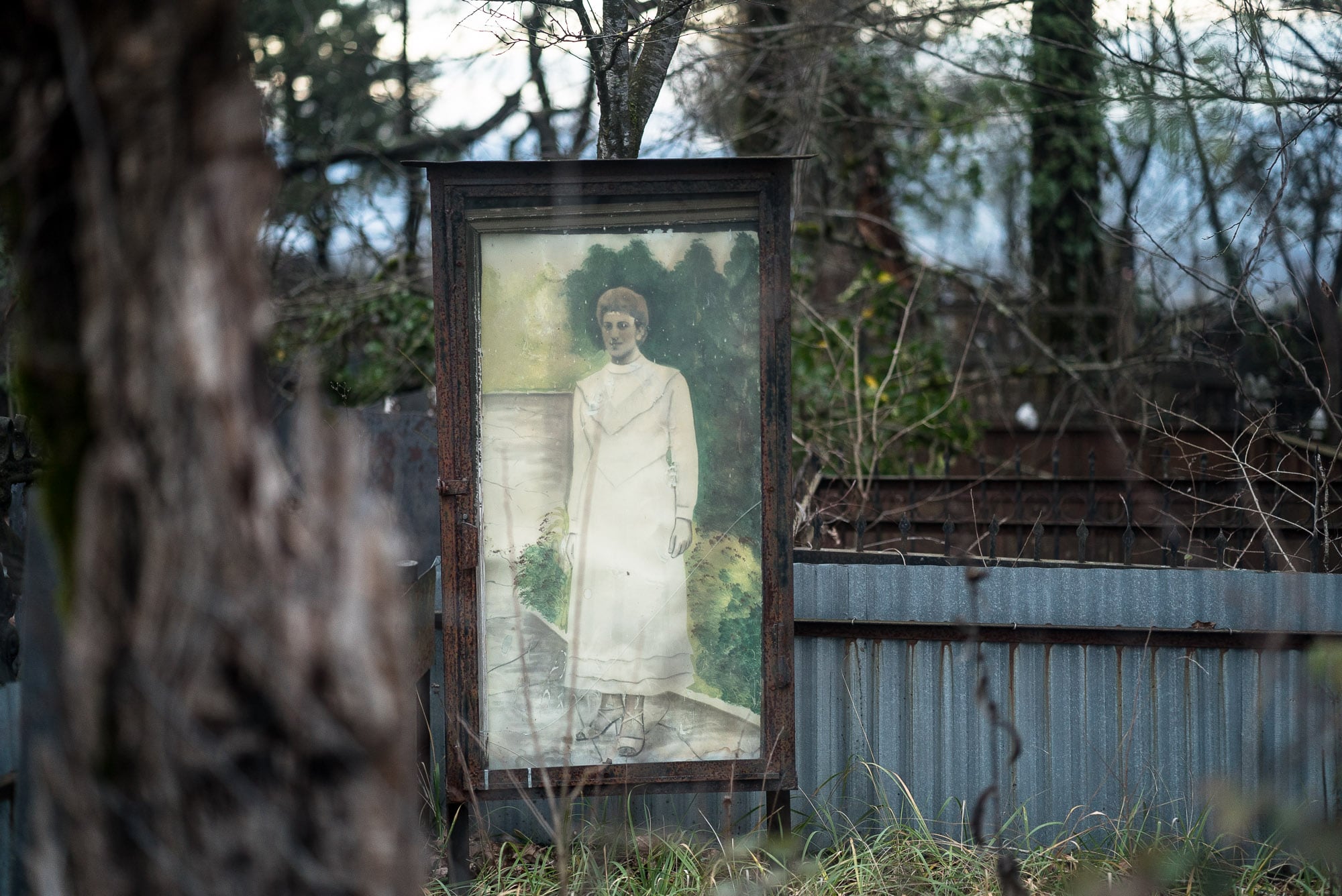 But this specific sort of large painted portrait seemed interesting to me: 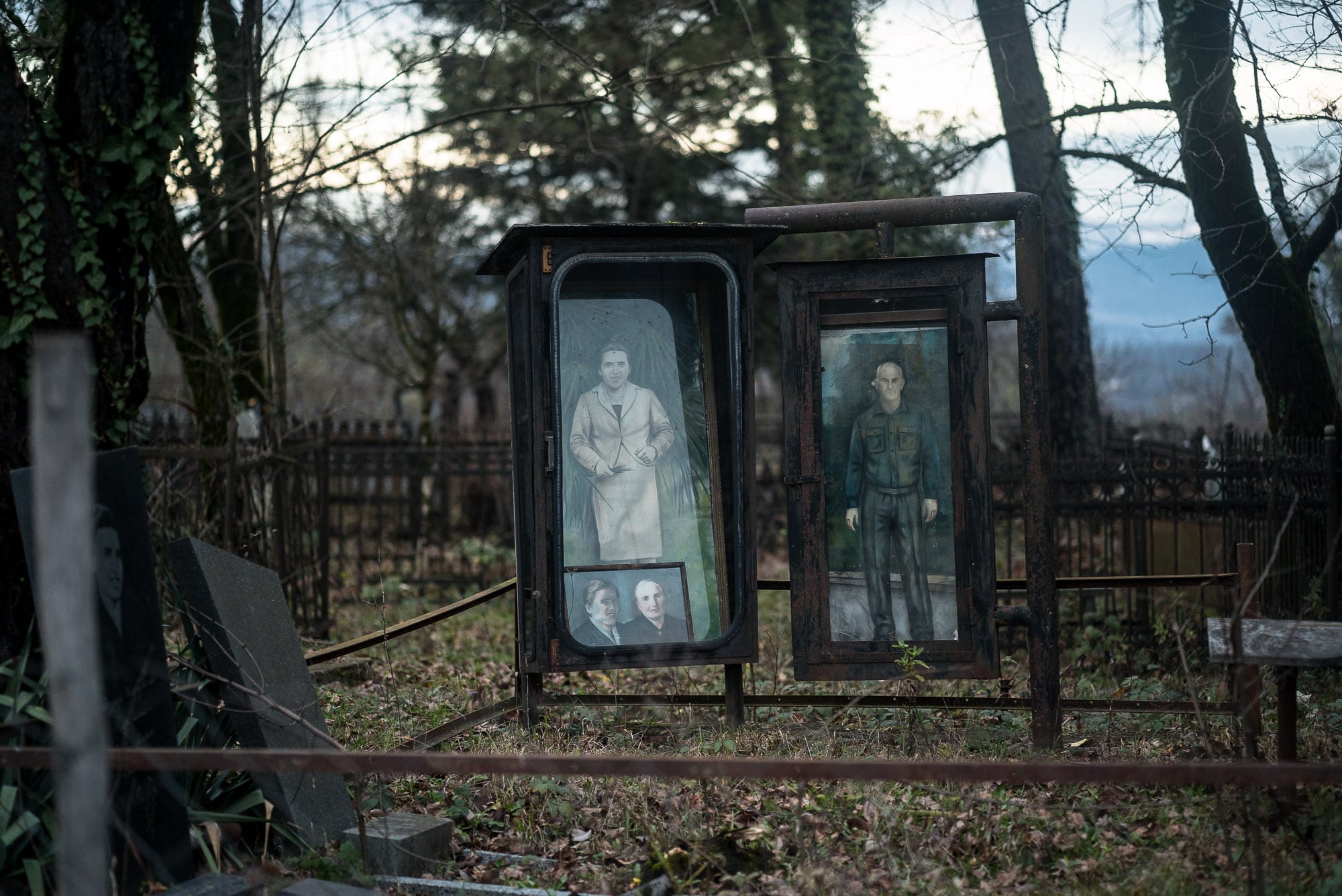 I wondered if it was the same artist who painted all the dead people in this village: 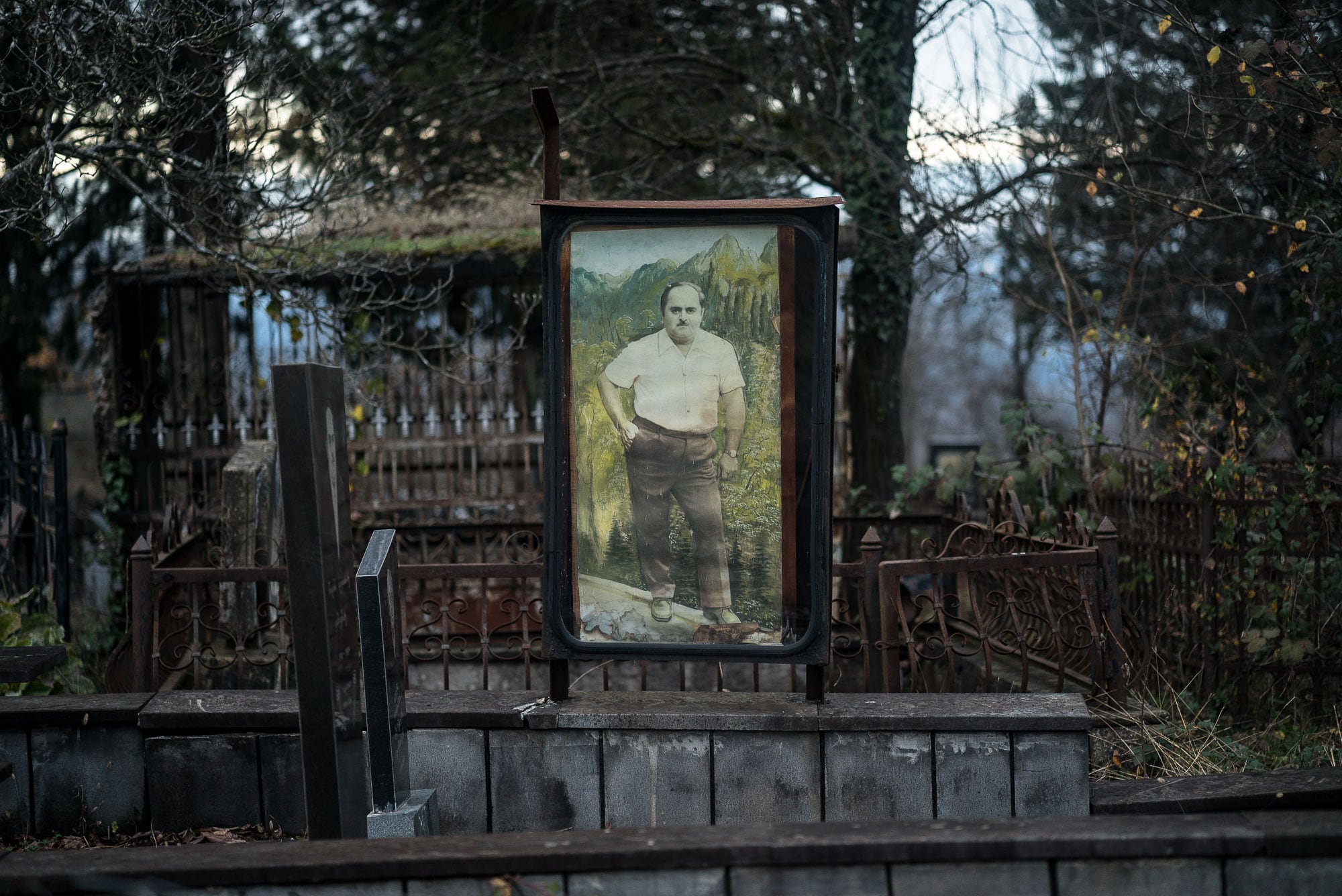 But since nobody was around I had no way of finding out.

When the sun went down I was still on the road. The valley looked good from up there: 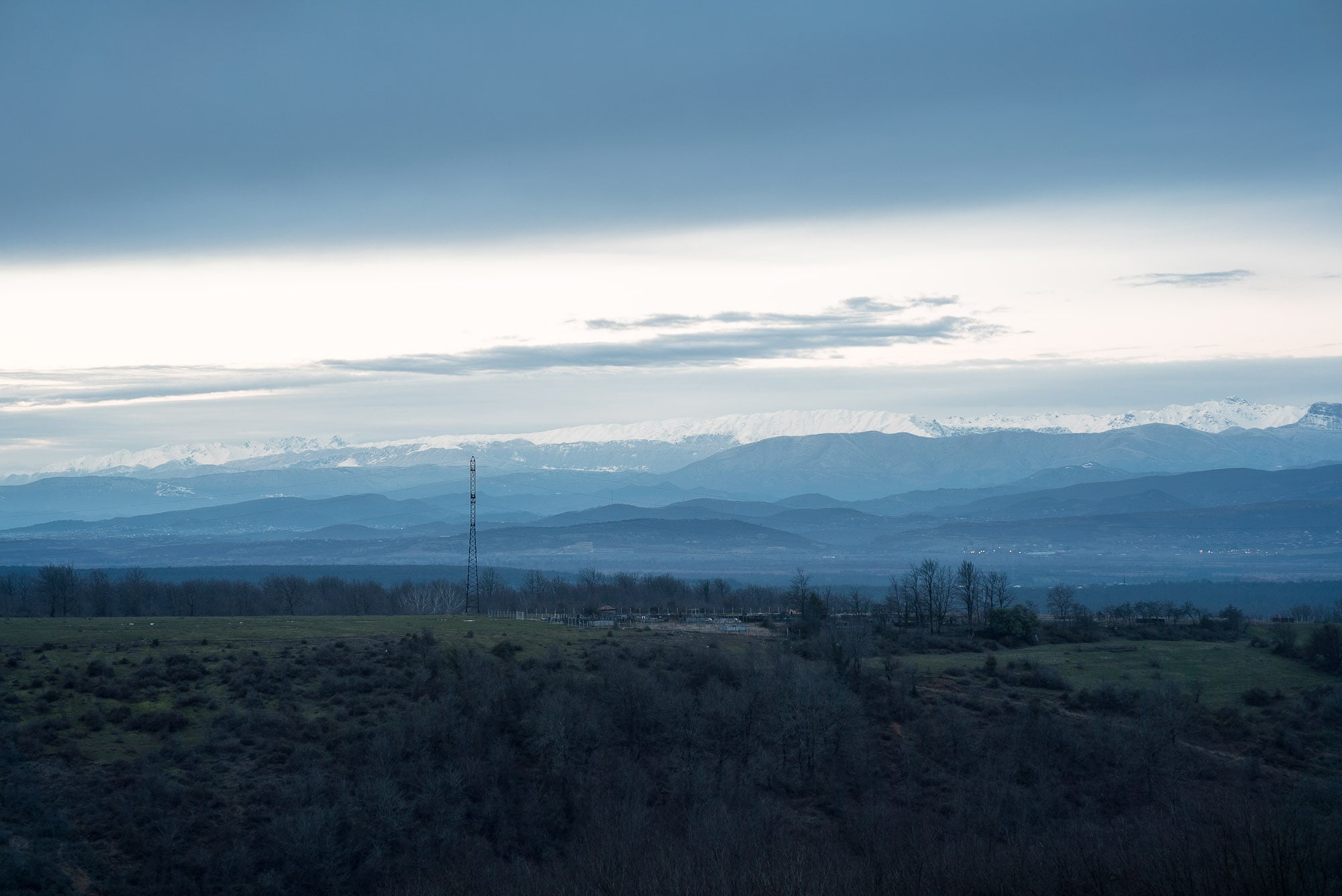 But I was too tired to fully appreciate it. The ups and downs of the mountain road were taking their toll, and I was still fighting with the general feeling of fatigue that had been with me for the last month or so.

So I stumbled through the night… 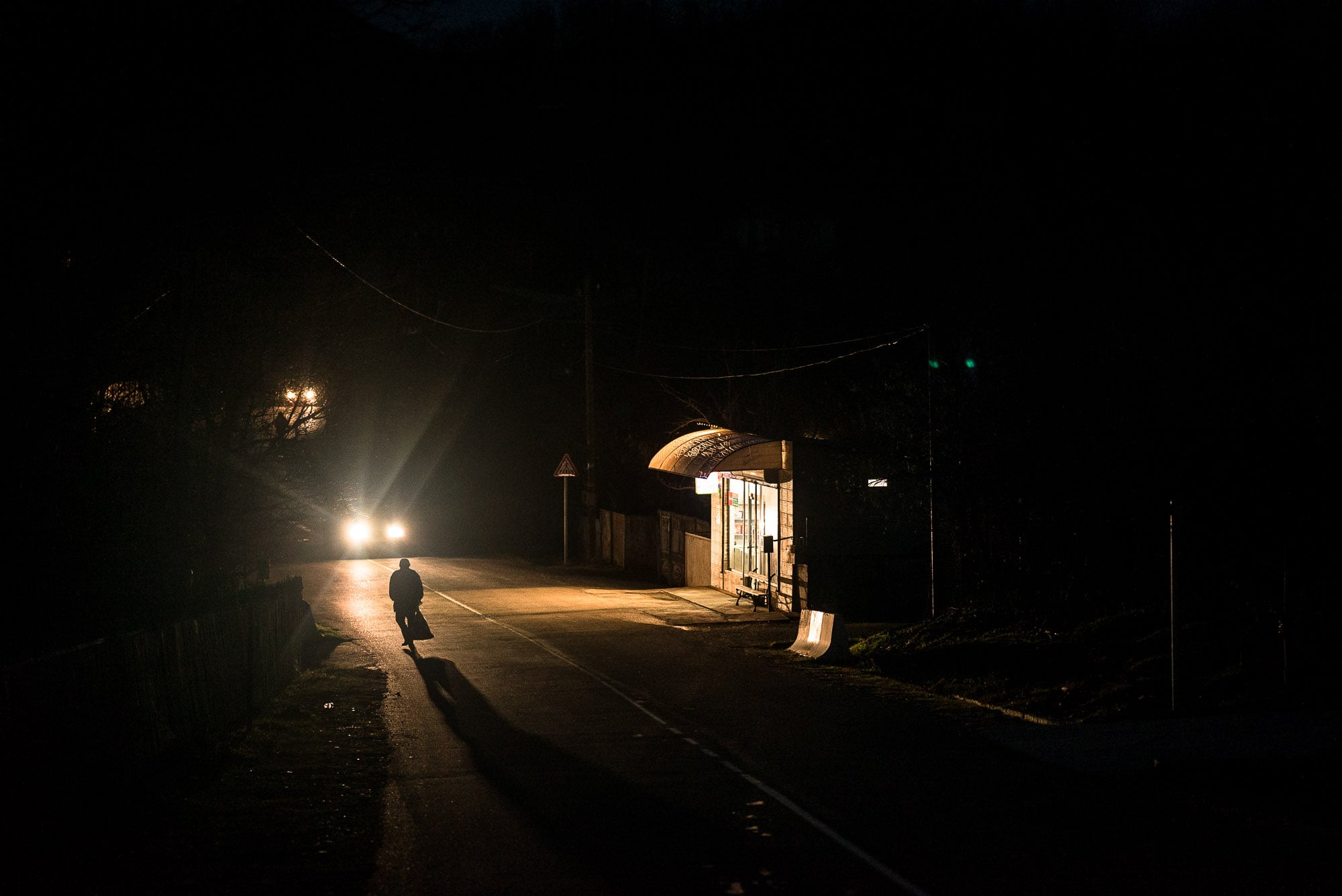 …until I reached the village of Baghdati.