Woke up with a sore back and left the hotel. Everyone was still asleep, and the place had a sort of classy feel to it: 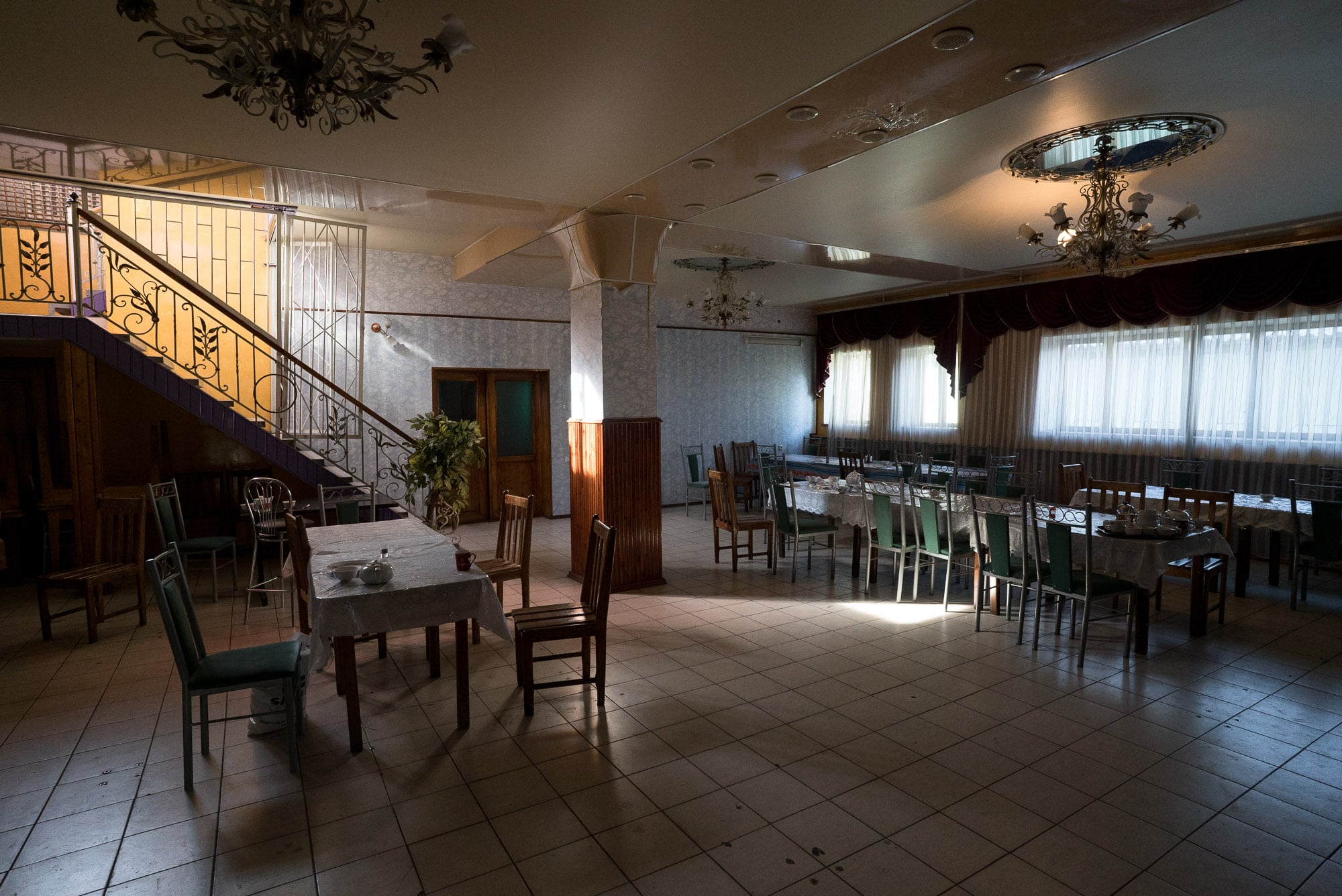 Then I made my way through the border: 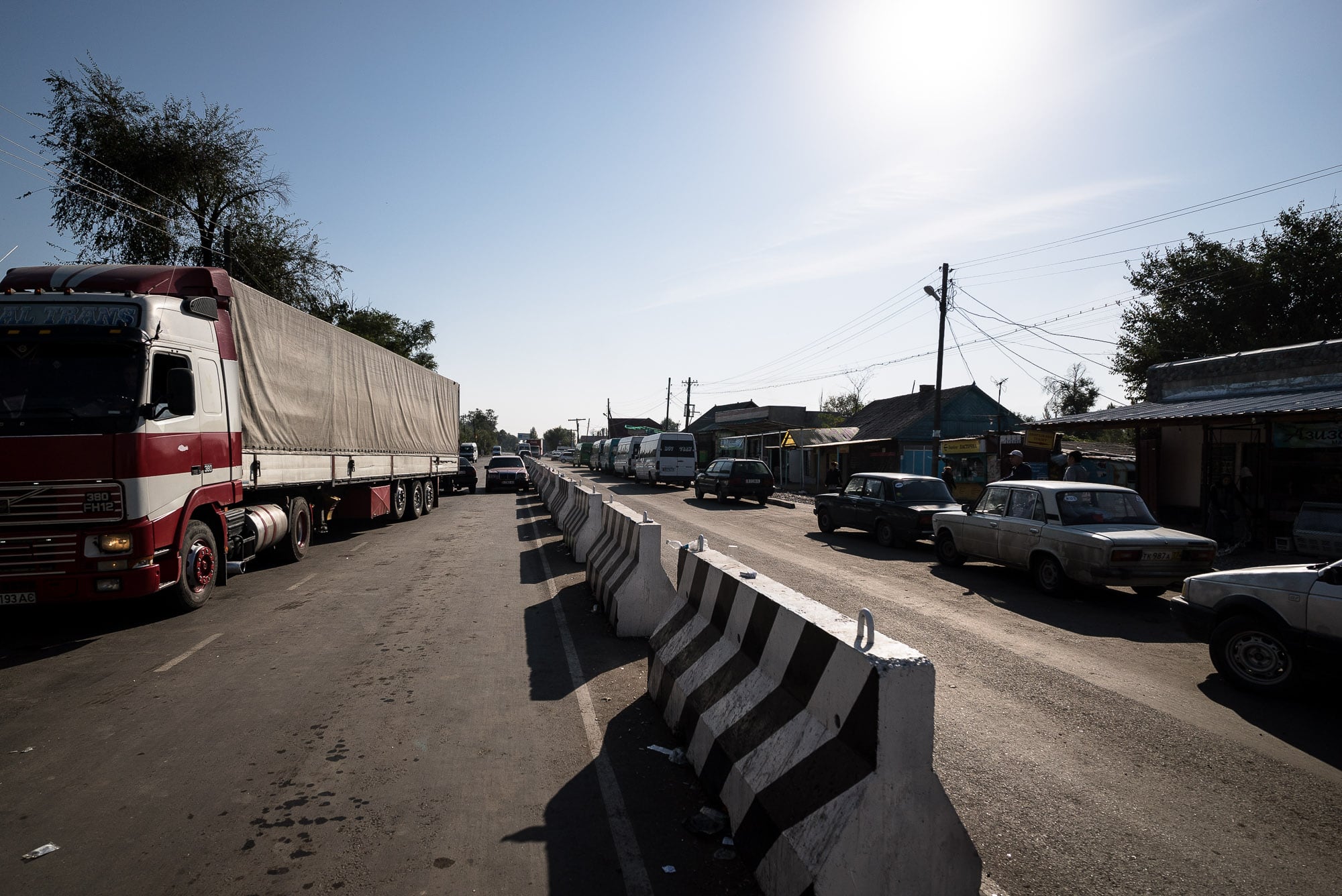 I can’t show you any photos of the border controls, because they don’t like being photographed or filmed there. I can only tell you that it took two hours and involved a lot of talking and inspecting. Nothing bad happened though.

As soon as I was on the Kazakh side, I sat down next to the road and had a few huge tomatoes that Kyal’s mom had given me the day before: 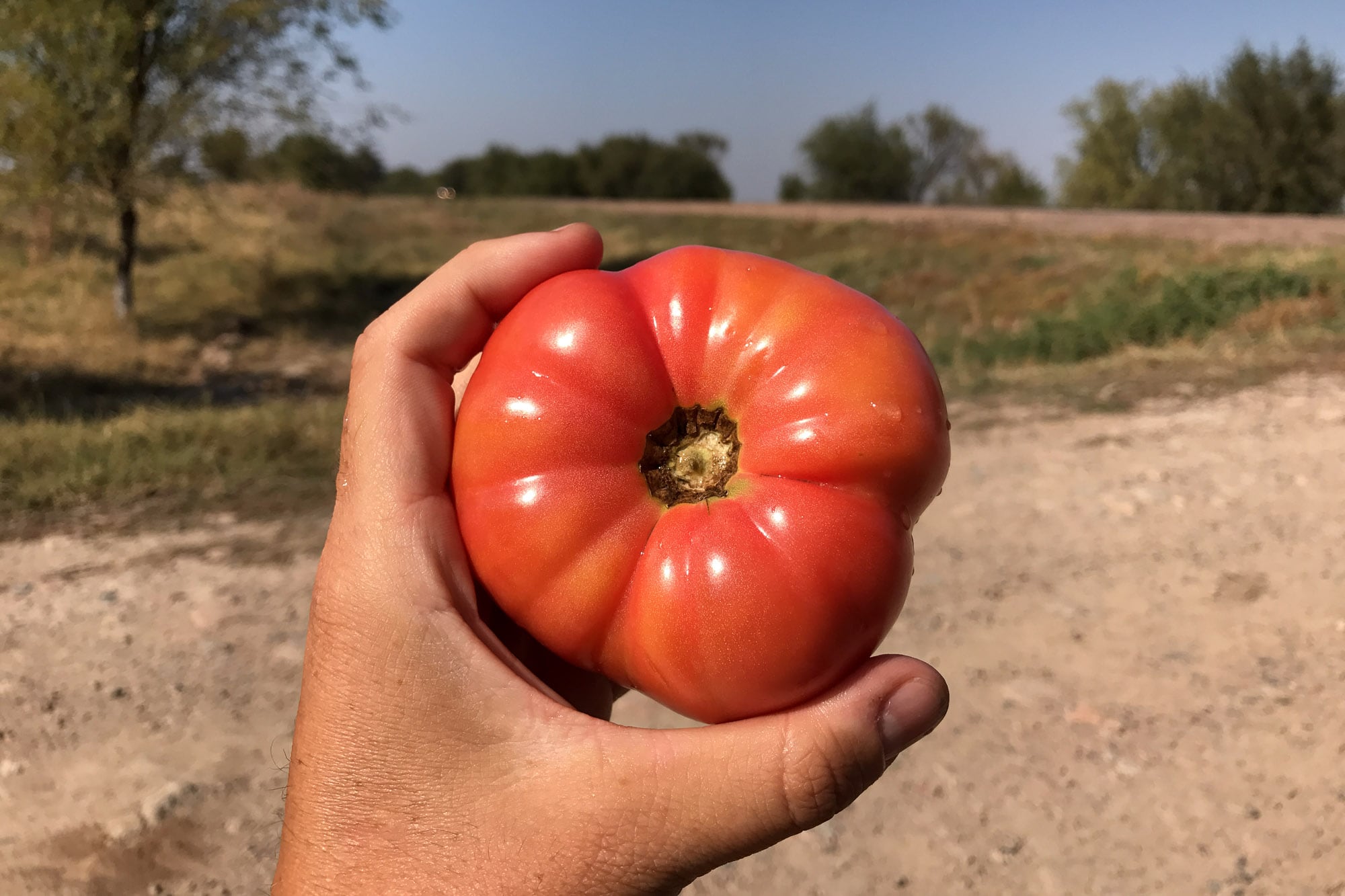 This was also when I ran into Frank:

At some point I lost him definitely, upon which I continued walking.

The road was good: 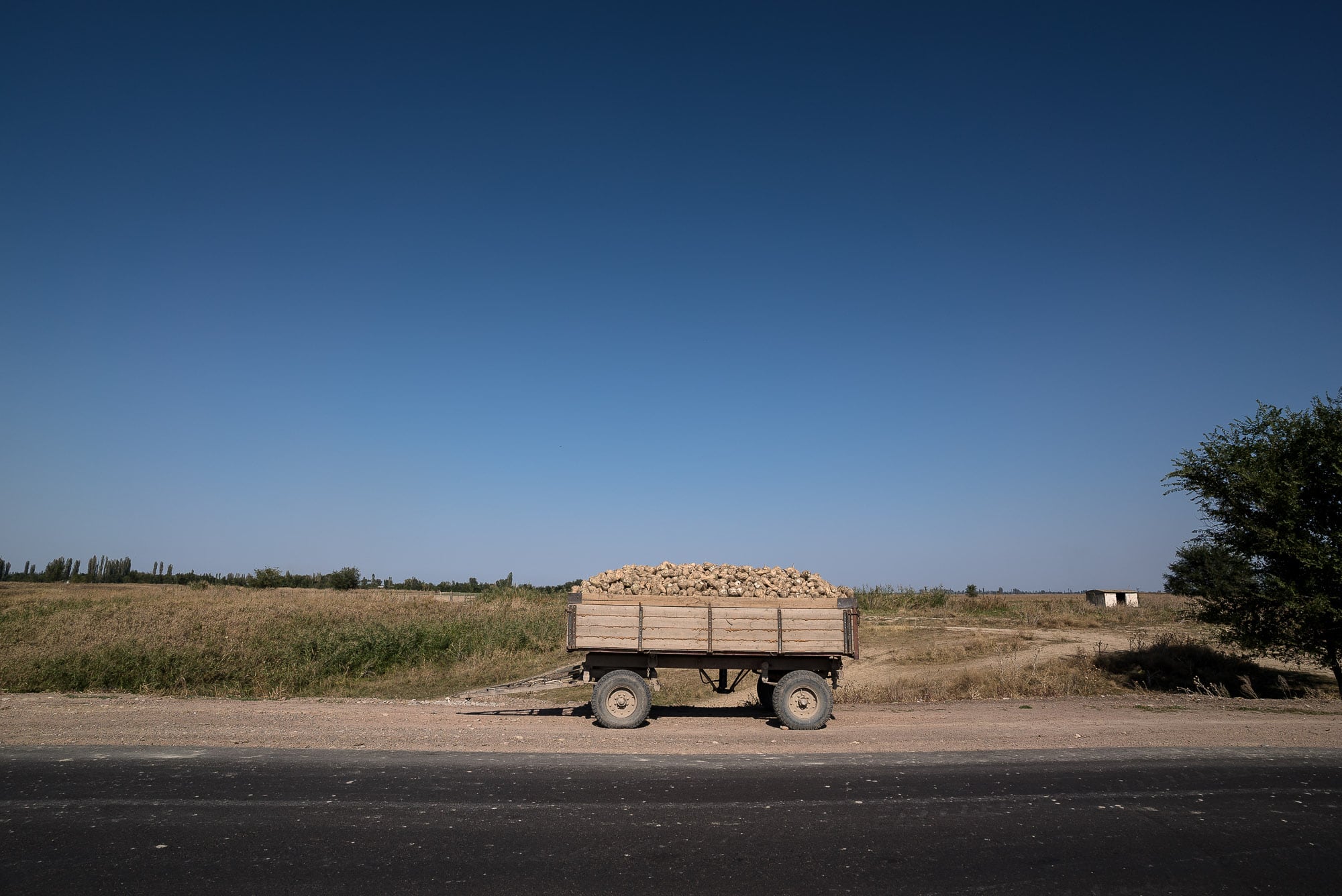 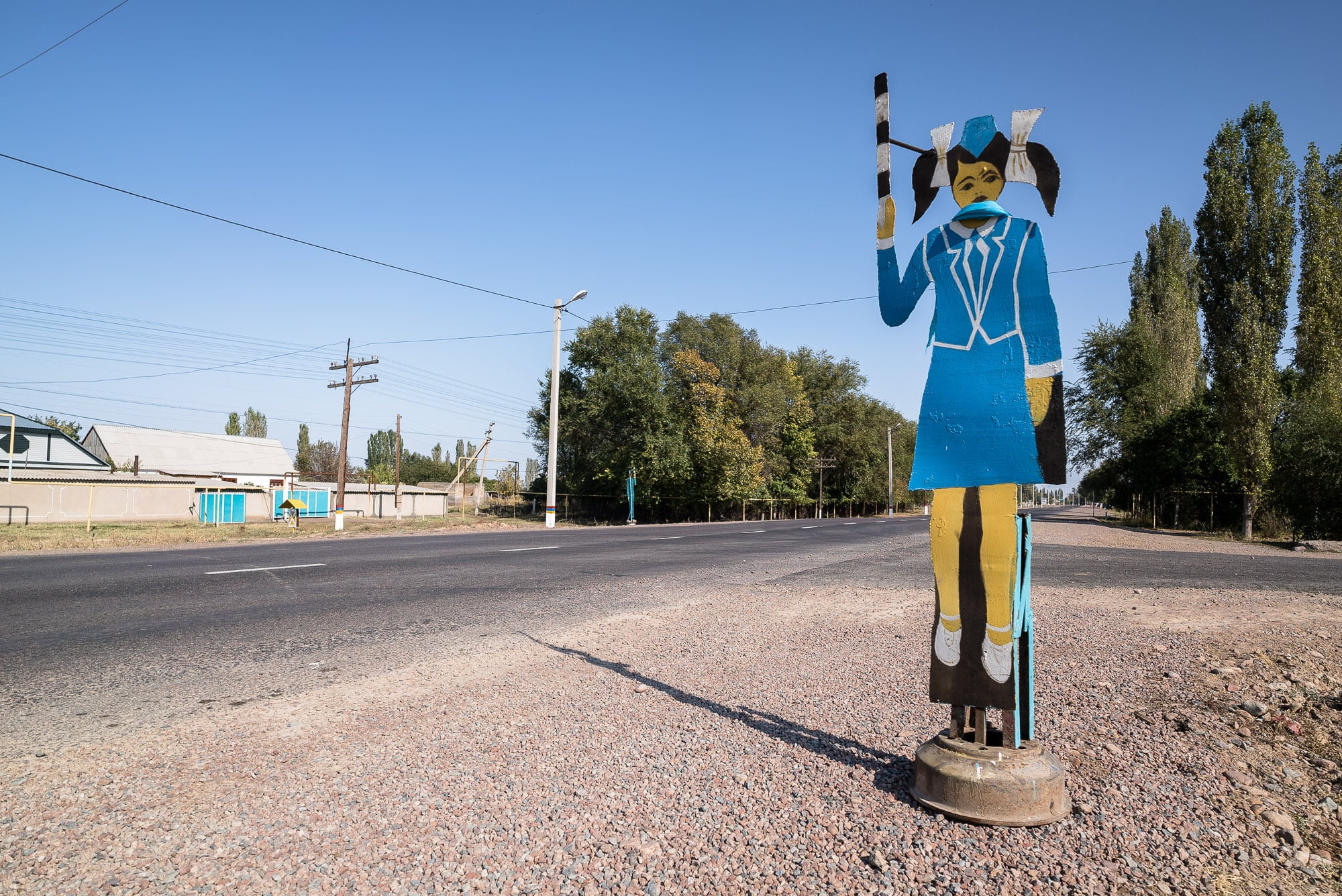 And at some point it turned into a lovely tree-lined road: 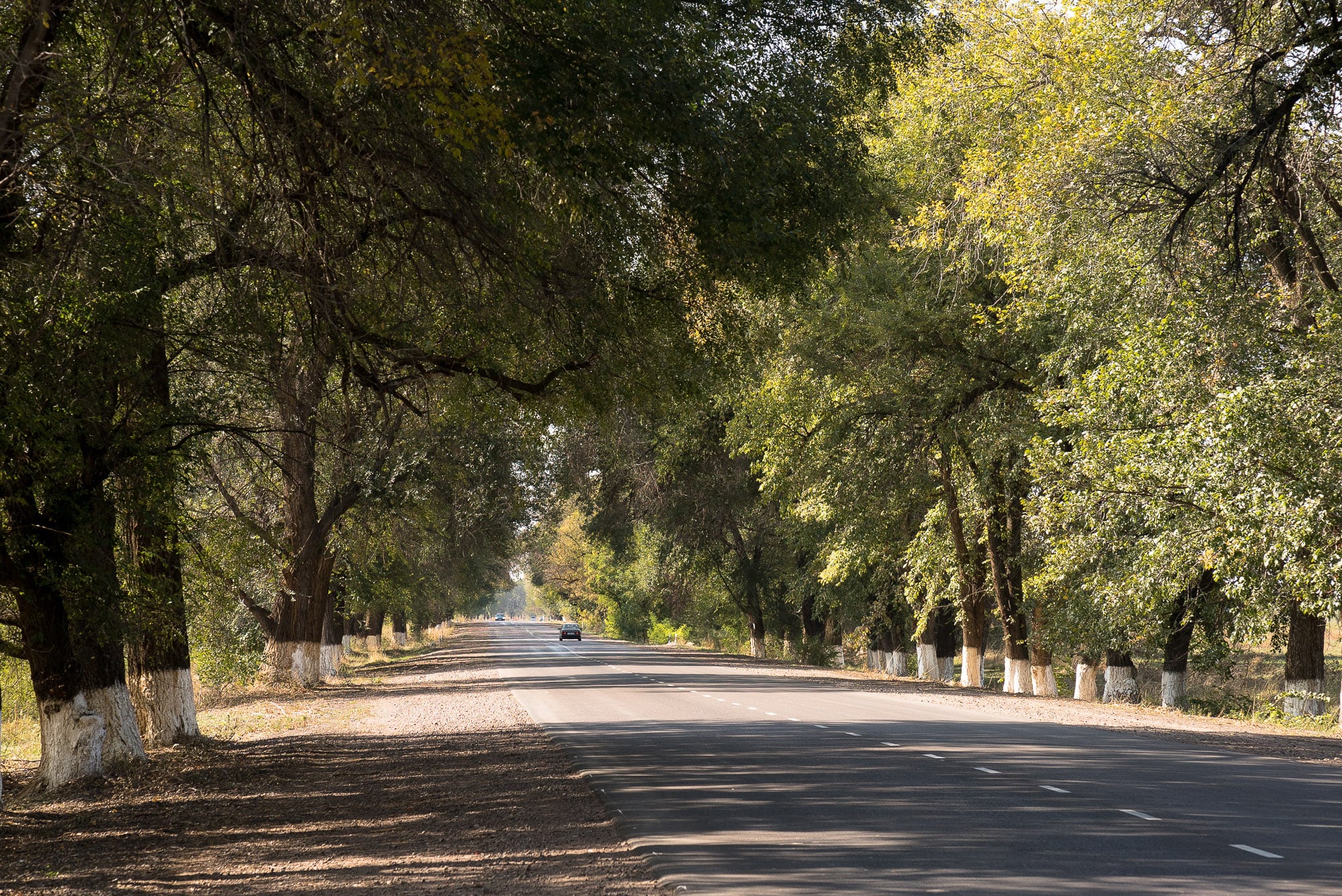 That’s where I almost stepped on this tiny snake:

The snake was white and very pretty: 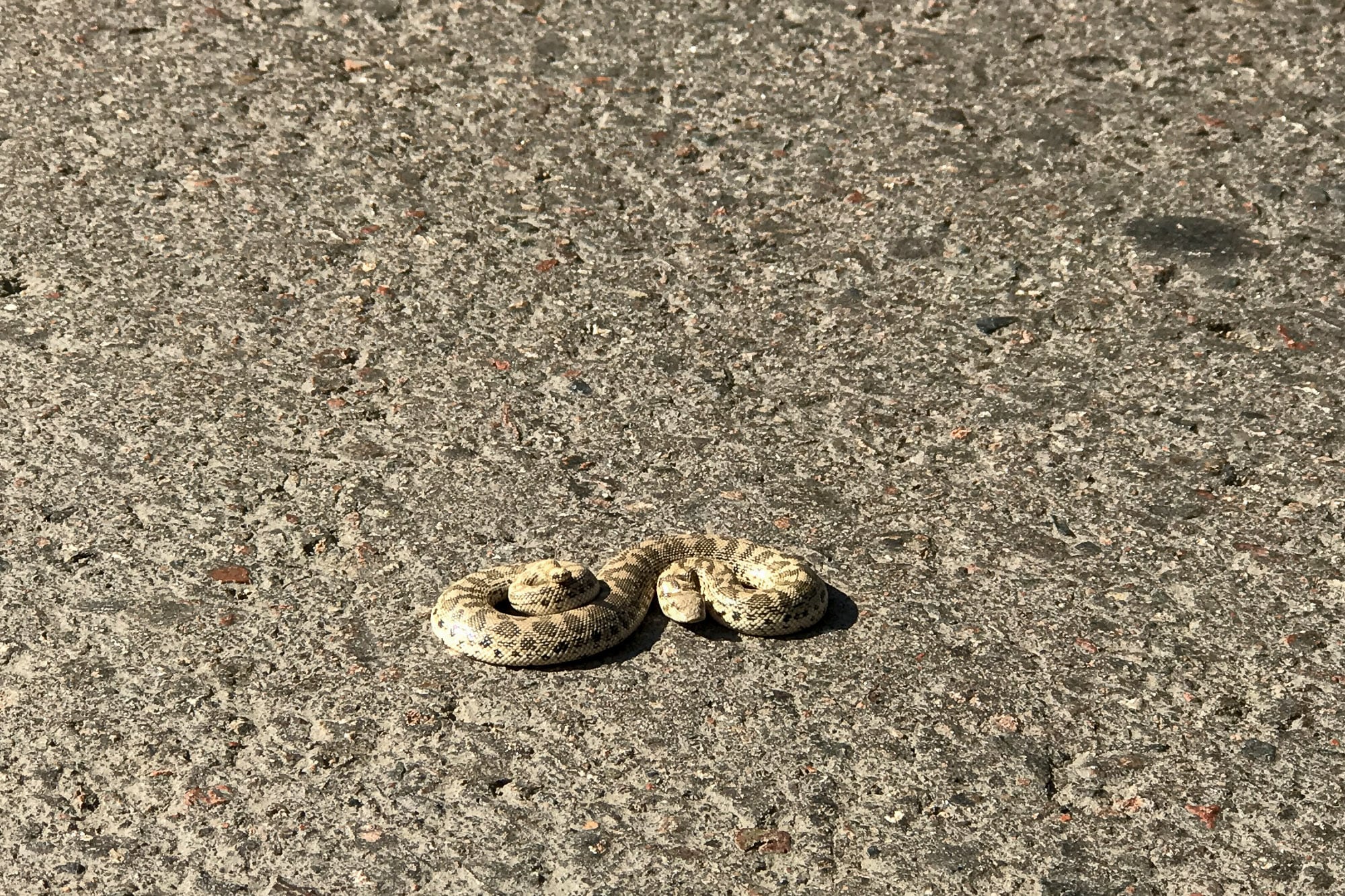 But unfortunately, it seemed to have a death wish:

I didn’t dare touch any snakes, so I could not think of any way to help it get off the road.

Feeling rather sad, I left. 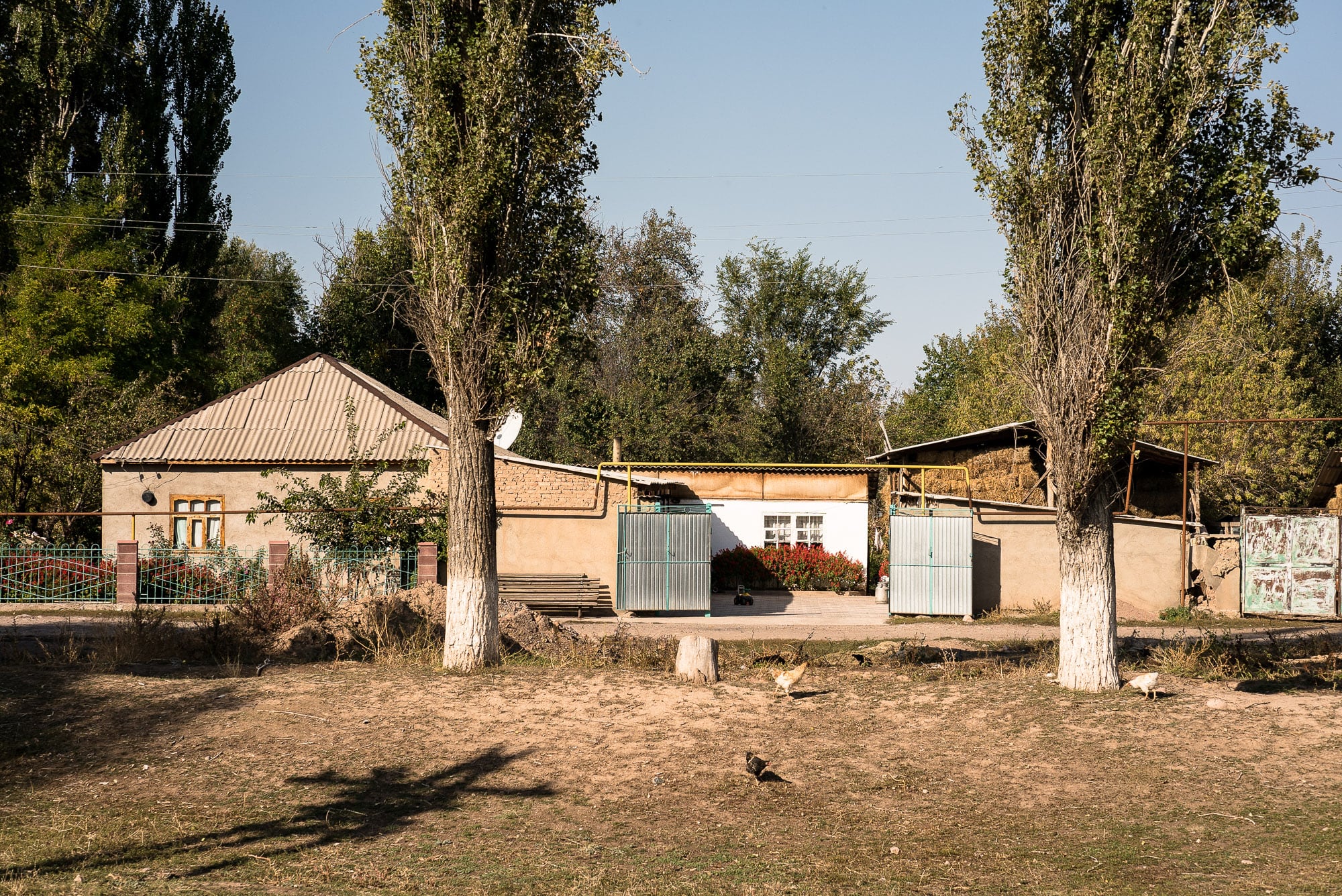 I reached a mosque that was full of birds: 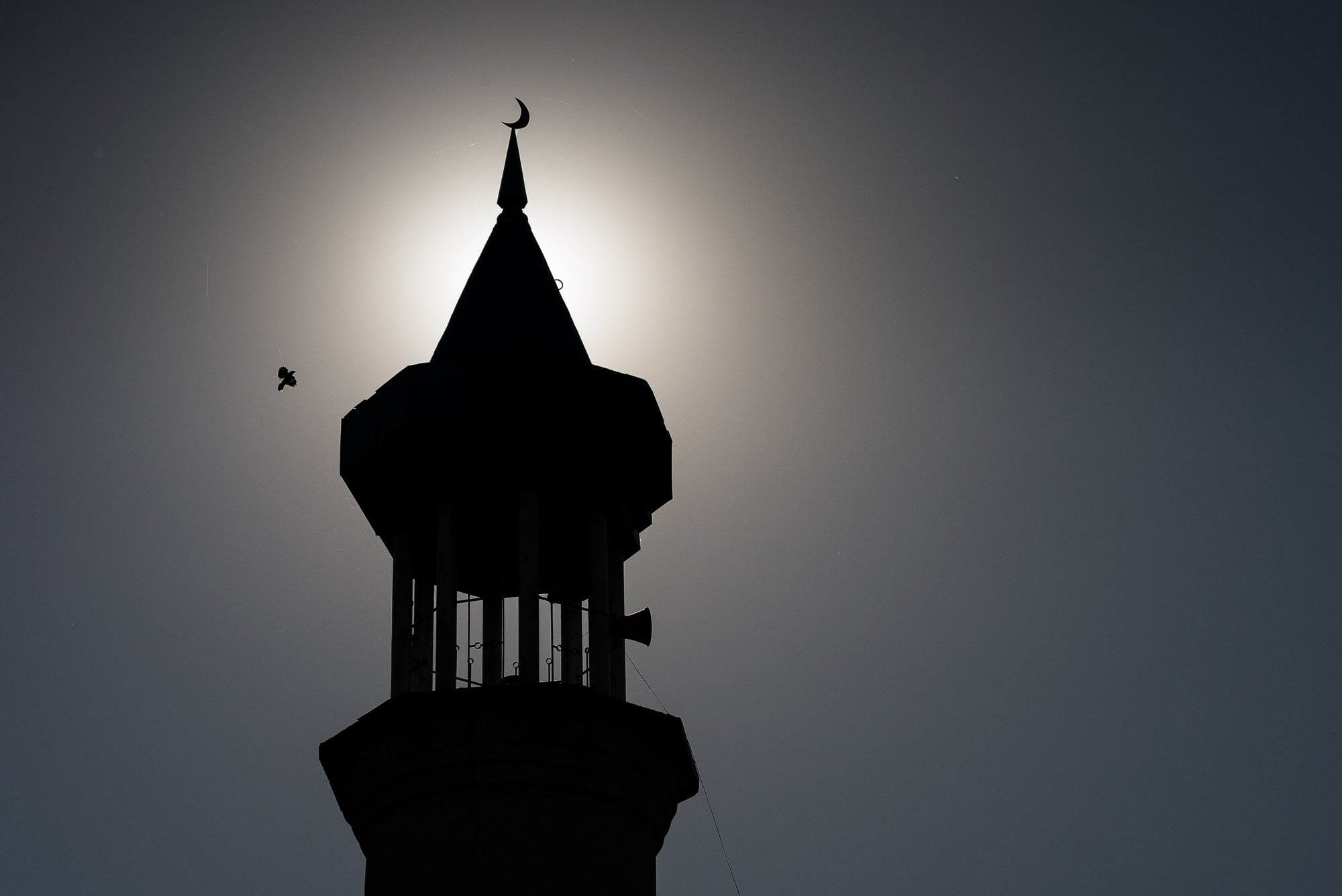 Well, only the roof was full of birds: 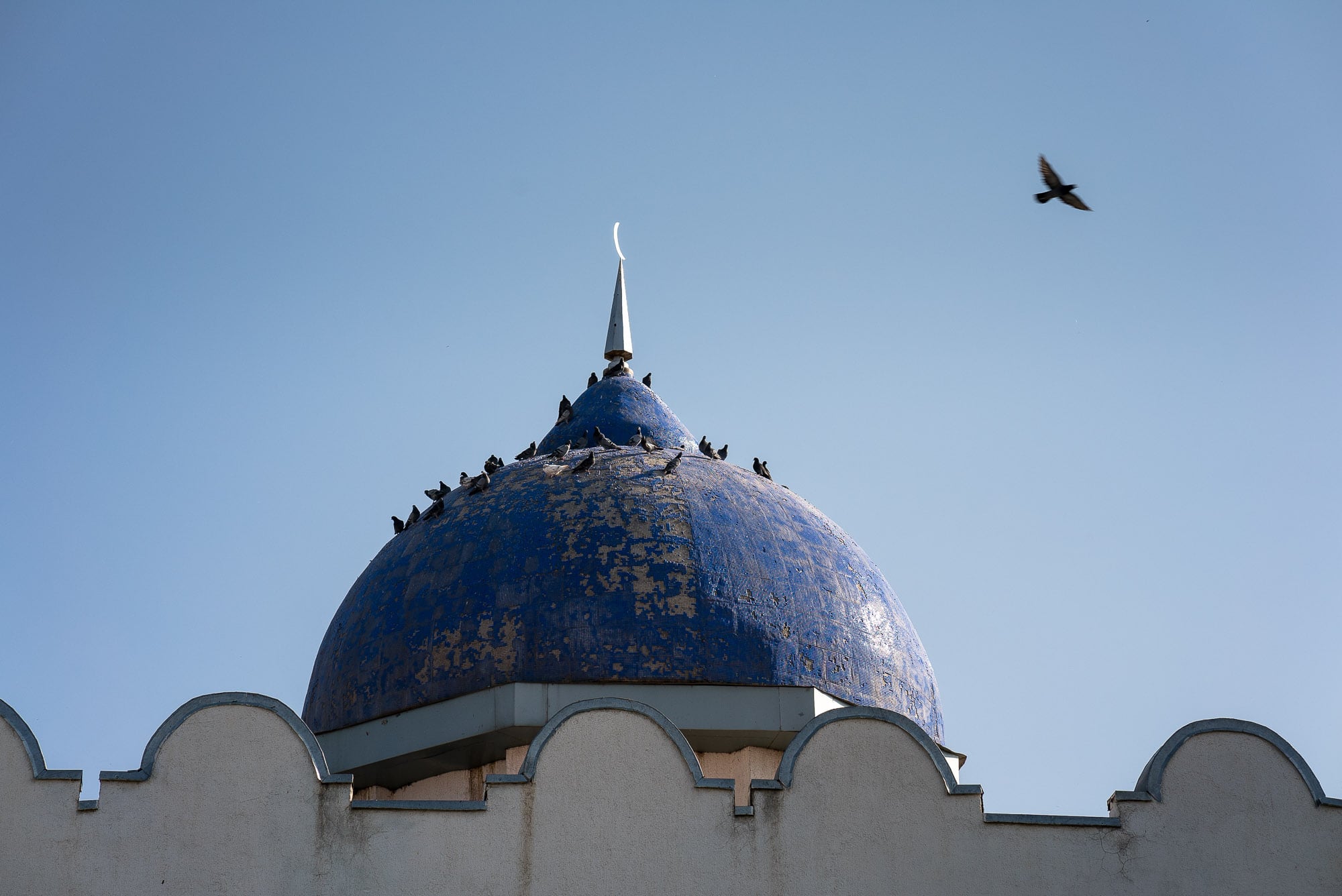 But I thought it was quite nice:

Then I walked past this graveyard: 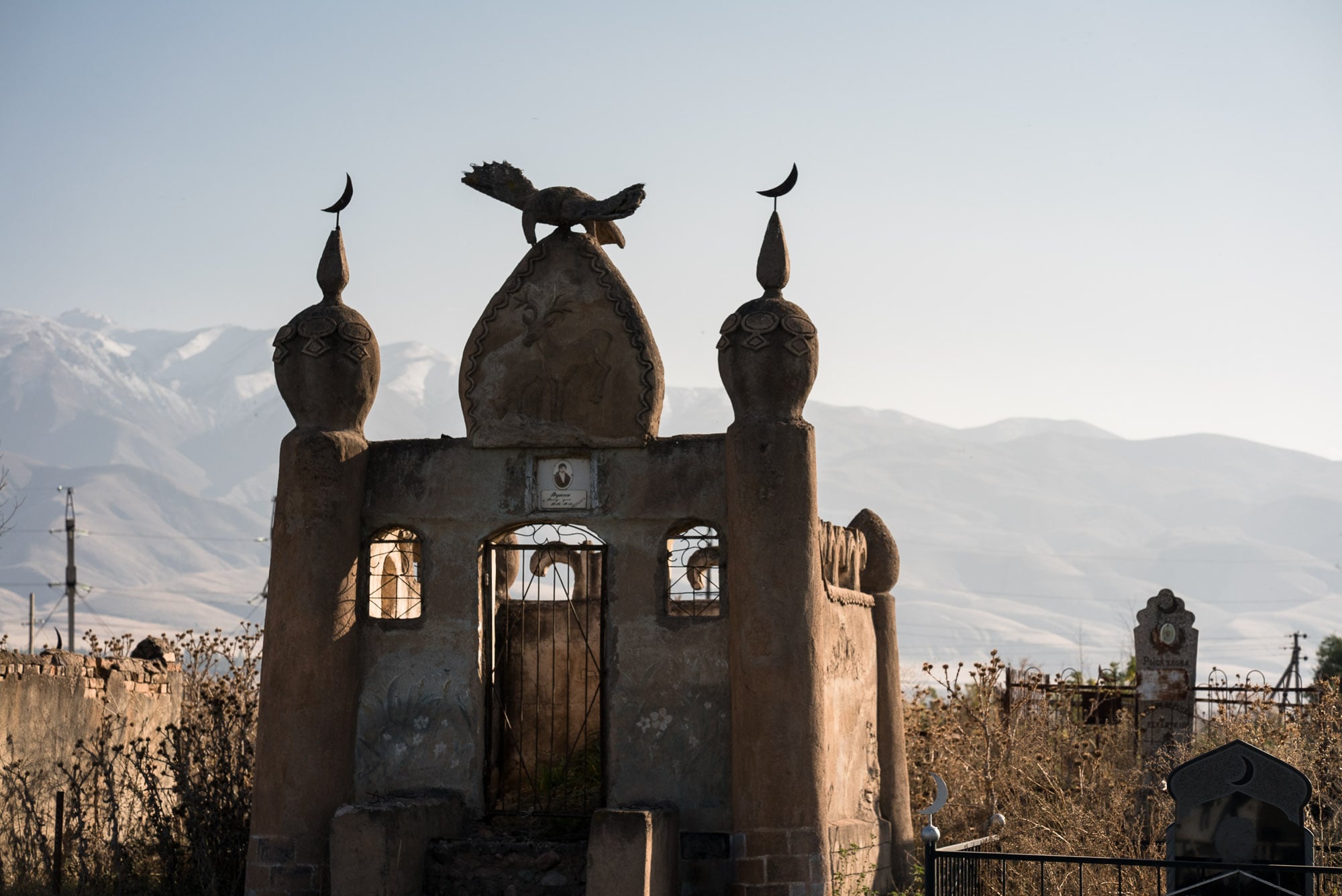 And next to the graveyard was a donkey: 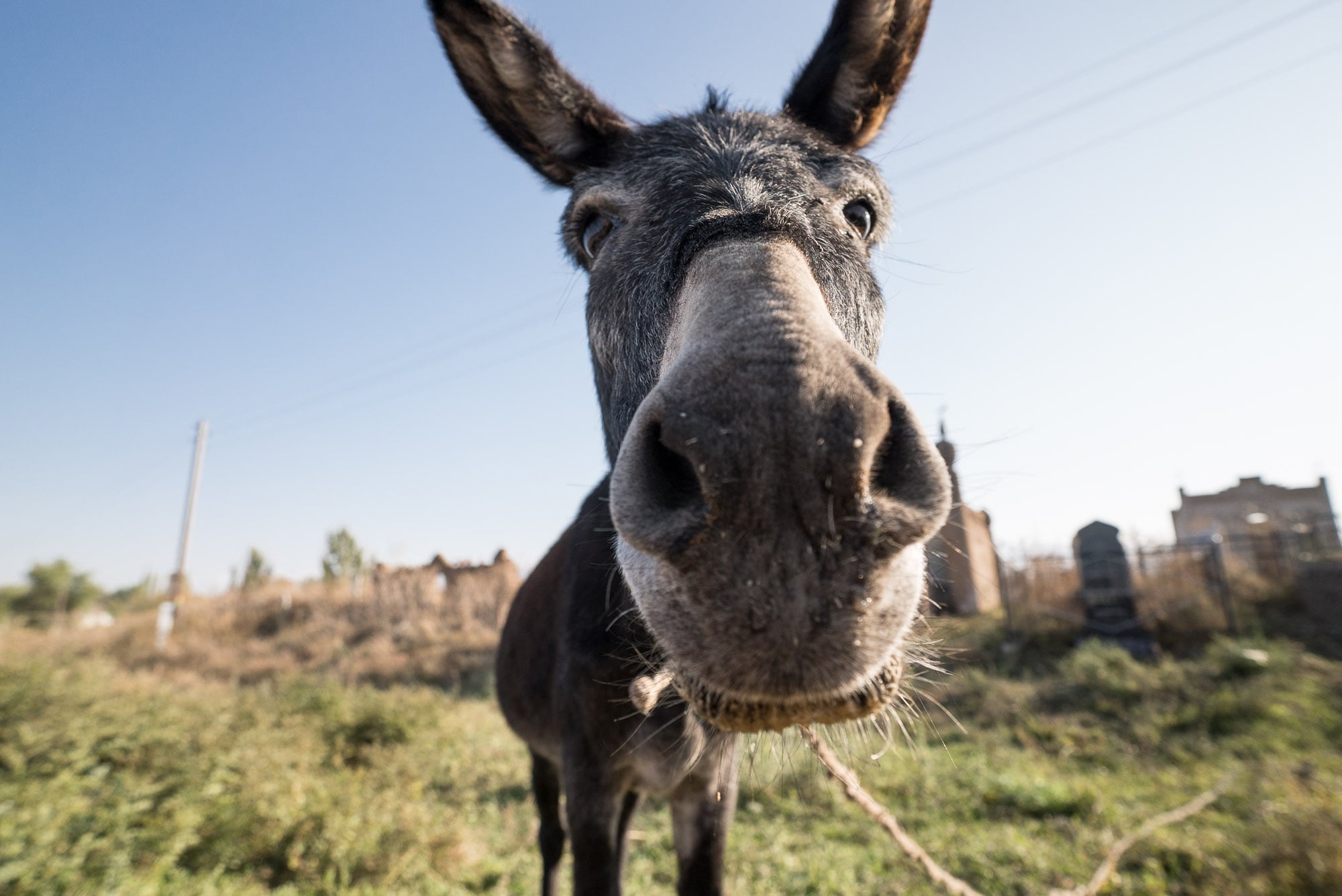 I gave him an apple and he rewarded me with this: 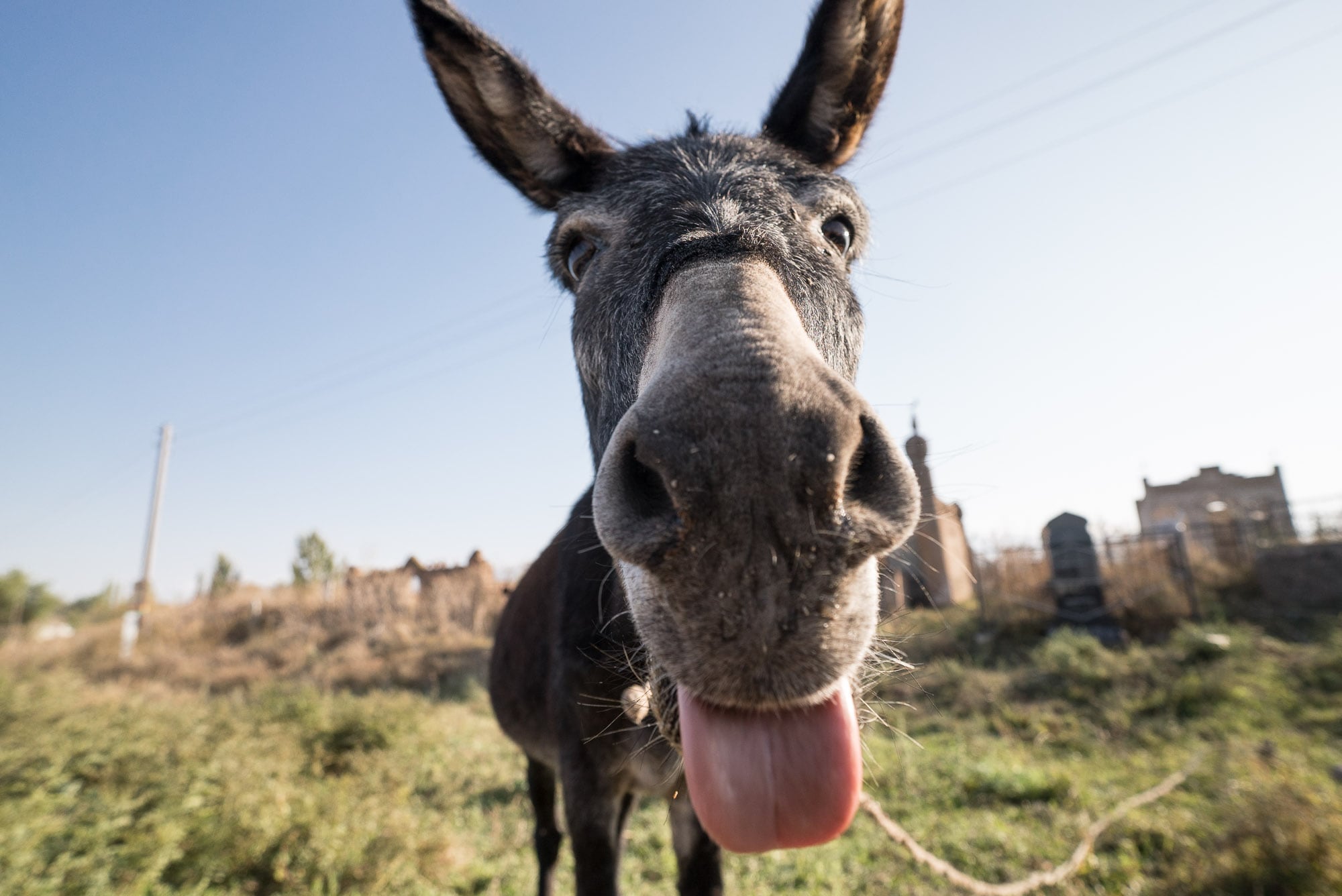 I have always liked donkeys.

Then I saw an accident happen right before my eyes:

It was a bit surreal.

These two dudes stopped for a photo: 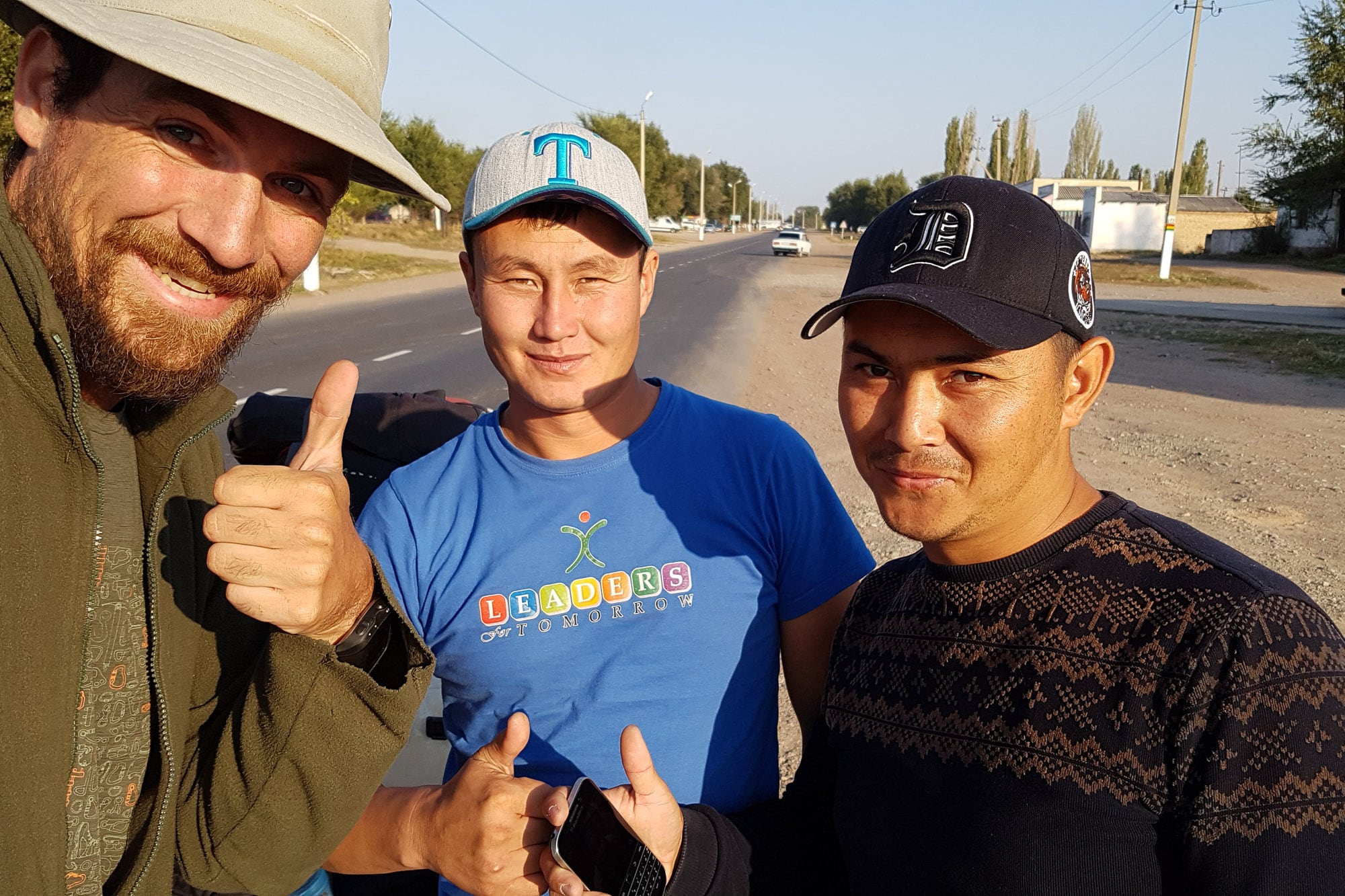 And then I ran into a bunch of cows again, just like the day before: 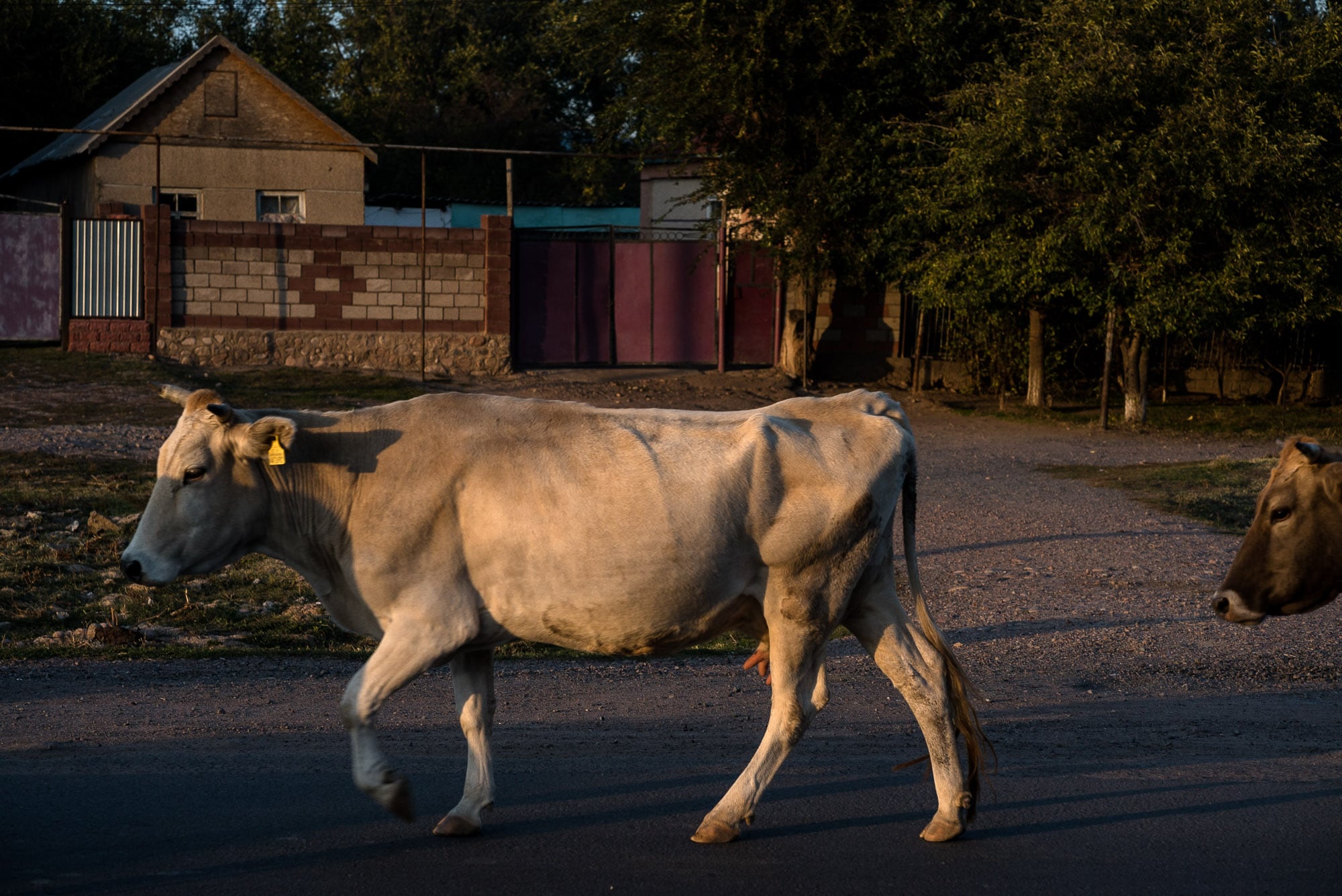 There was a little dude who came running along:

He told me he liked tourists. When I asked him why, he said that he liked the idea of becoming a tourist himself.

And then I was in Merki.

This guy called Rusim rode his bike next to me for a little while: 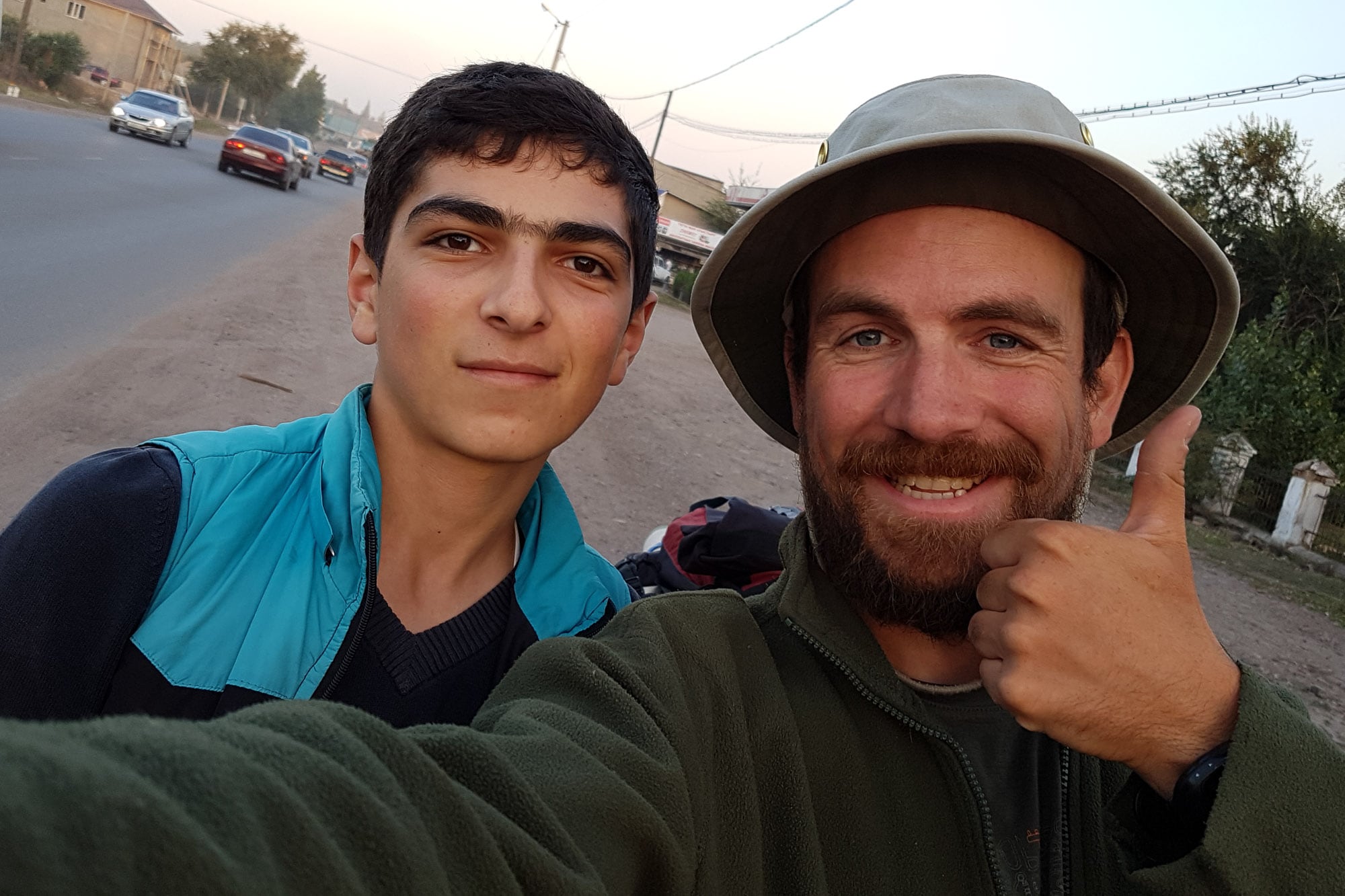 And then some students from a local school found me, and we went into a huge selfie-taking frenzy: 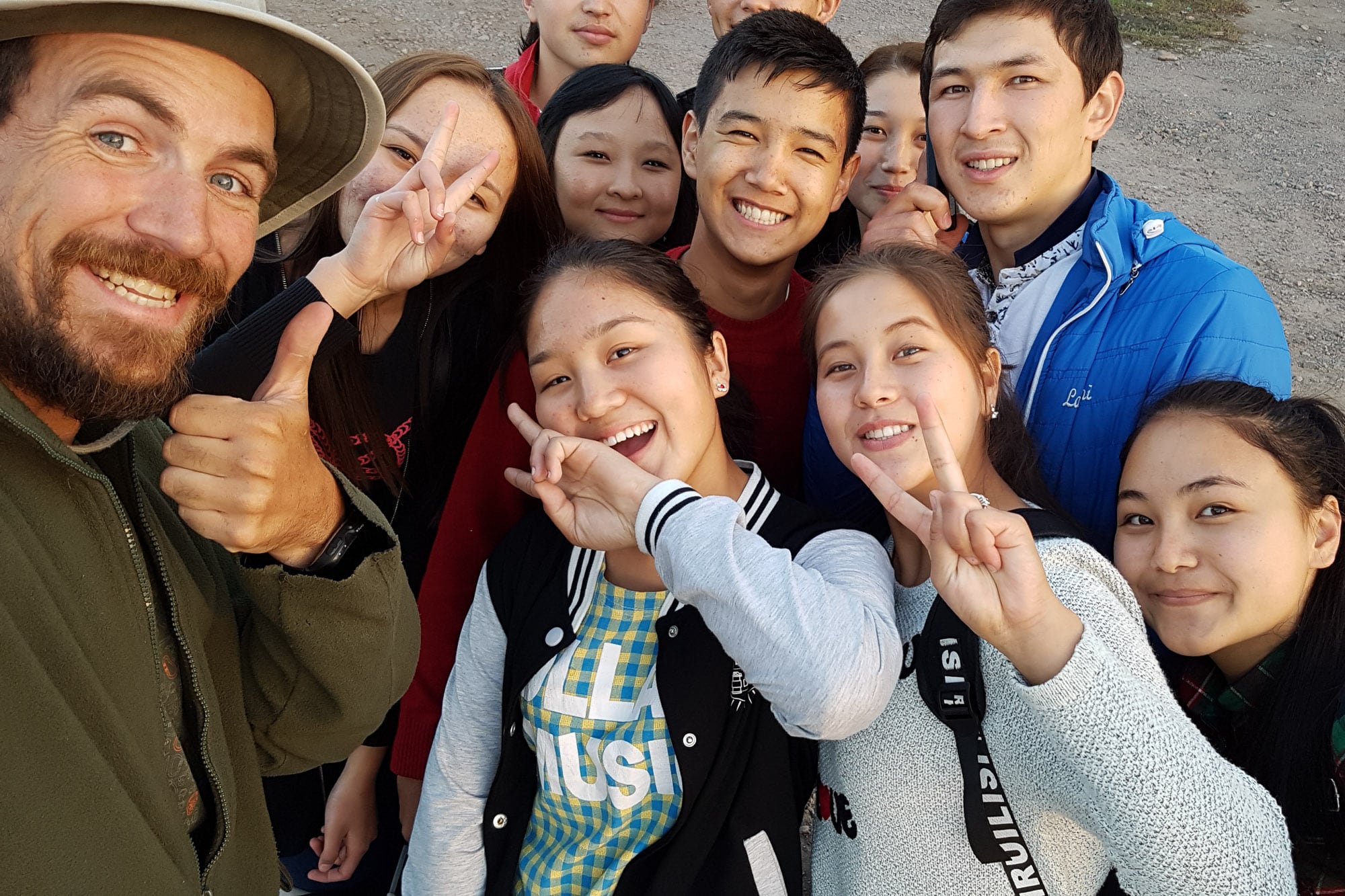 I eventually managed to find a room in a nice hotel. And when I say nice, I mean it was clean and the furniture was new, it had (somewhat slow) WiFi and the shower worked.

Before I crashed on my bed, I went outside to get some dinner, and I was happy, because I figured that I had made it: