I had breakfast in a little place: 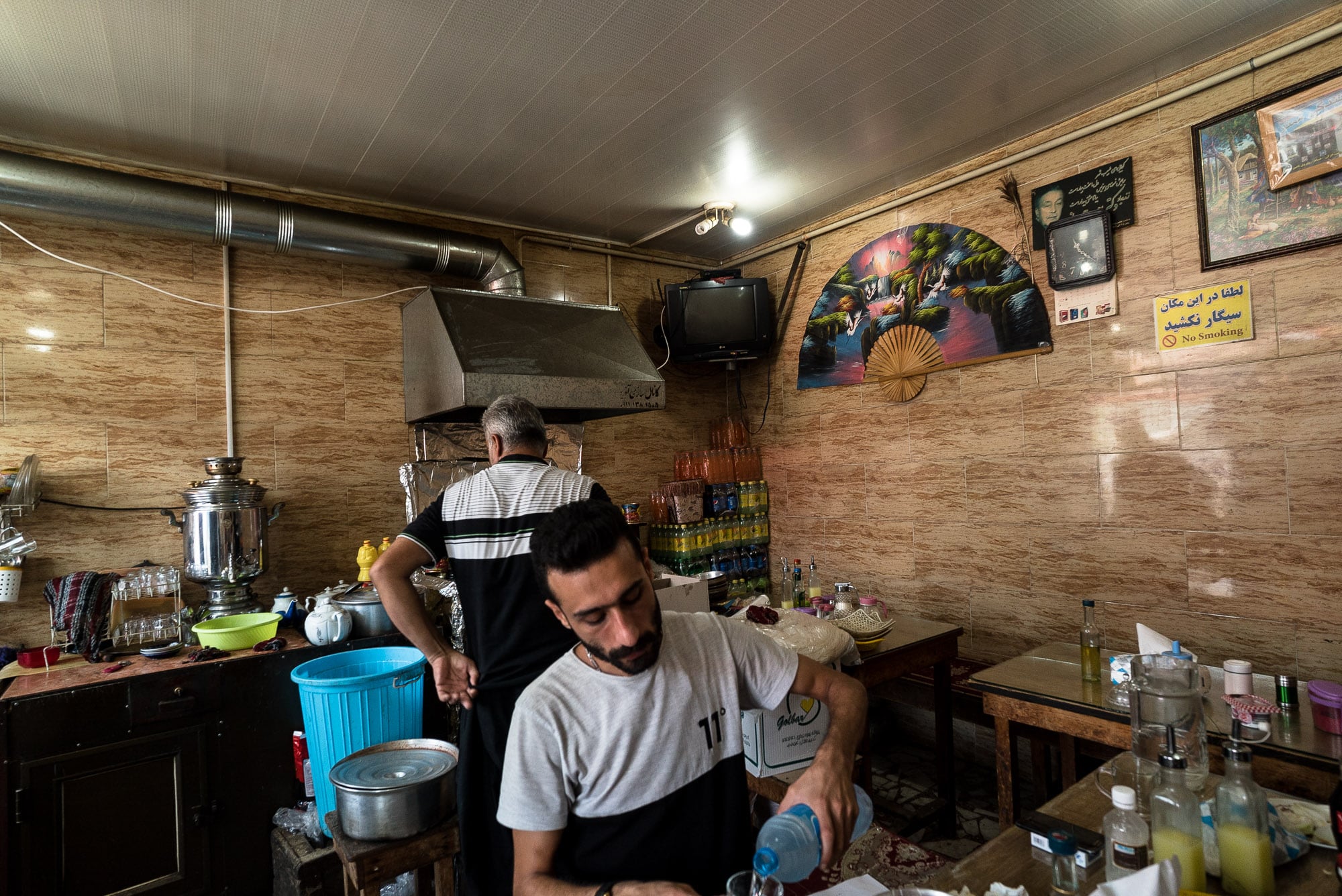 Then I continued walking down the path through the fields: 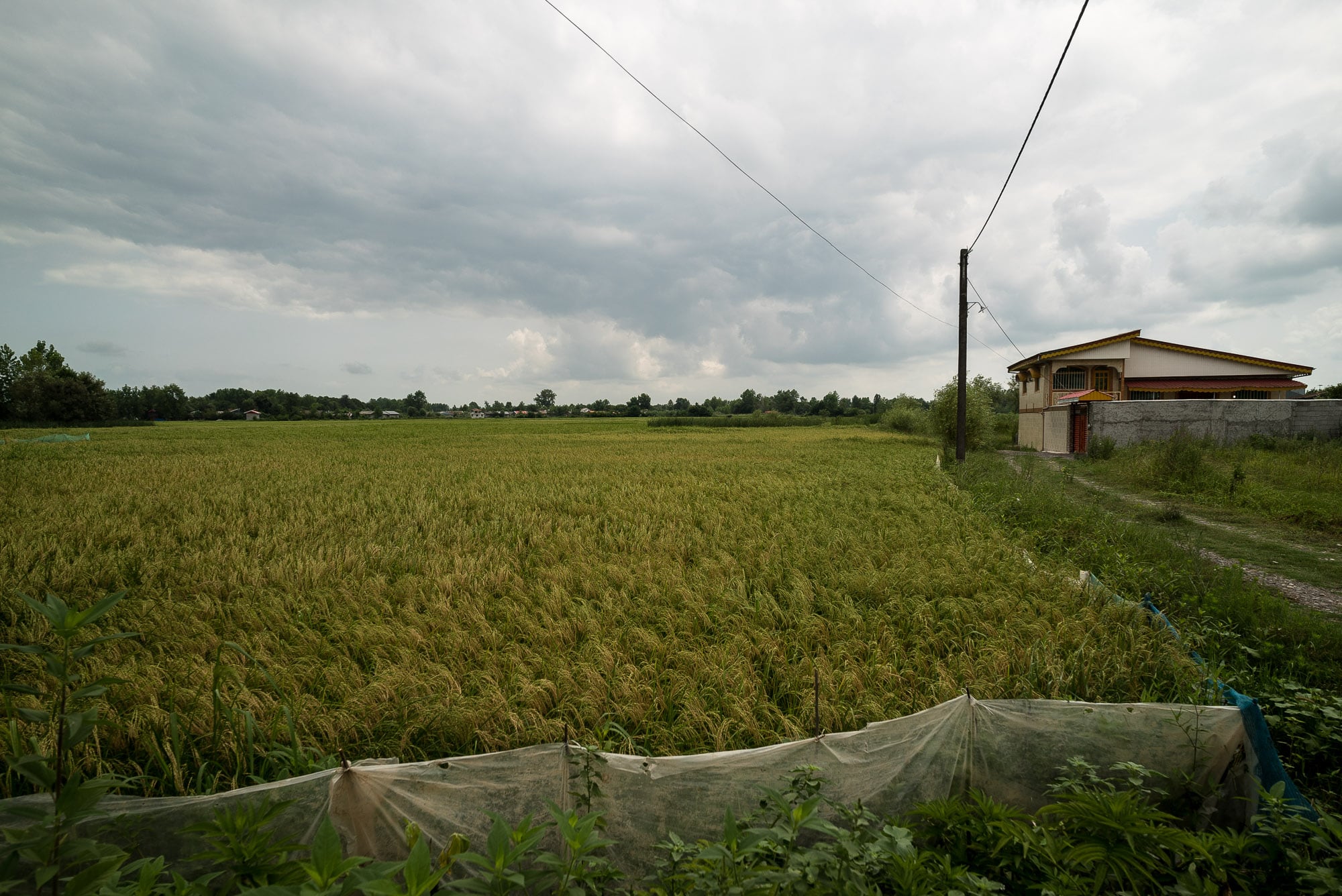 Everything was quiet. There were not that many people around and not that many buildings, either. Some of the houses that I saw looked like their owners were preparing to shoot arrows from the roofs: 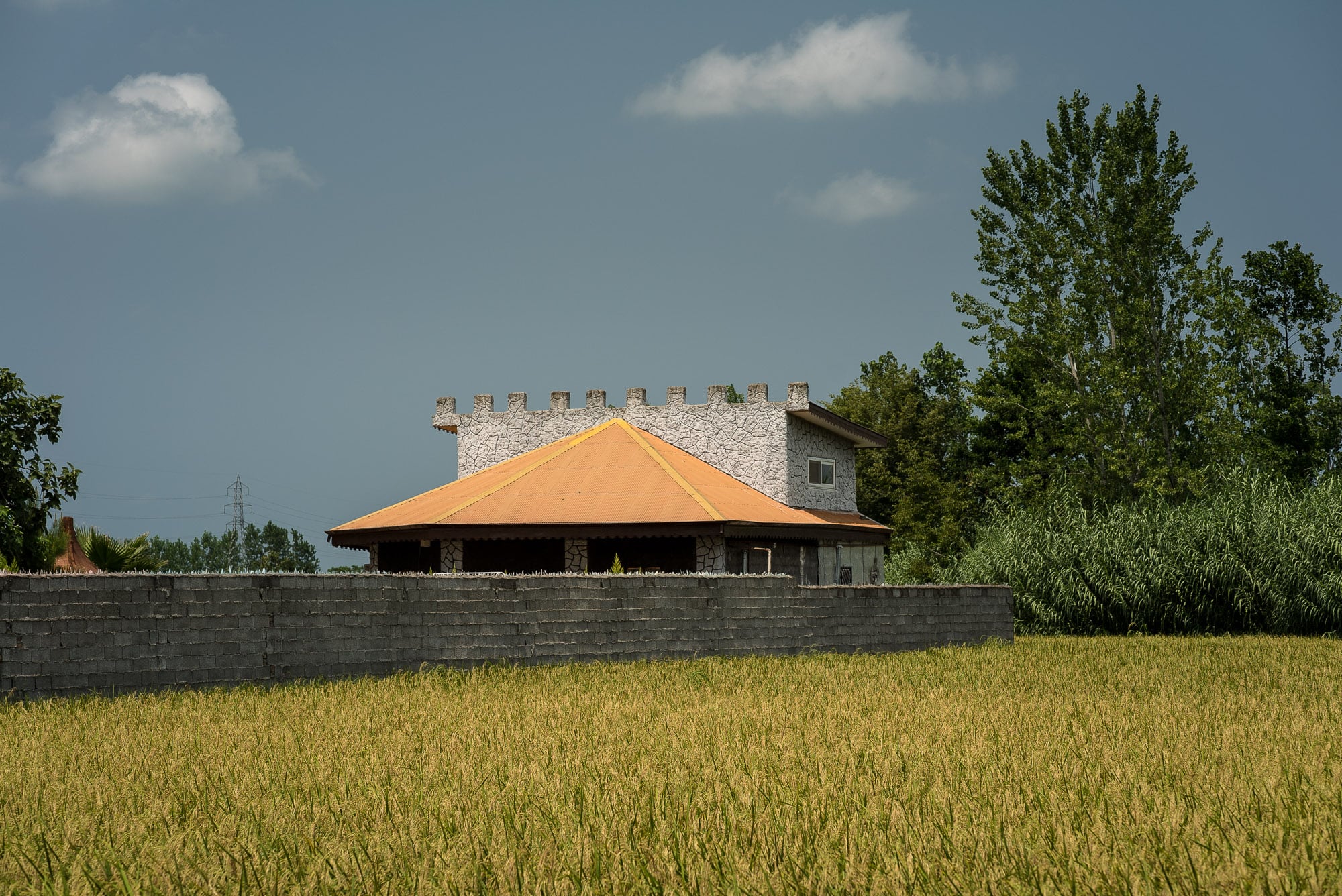 Once I noticed a humble shrine on the way: 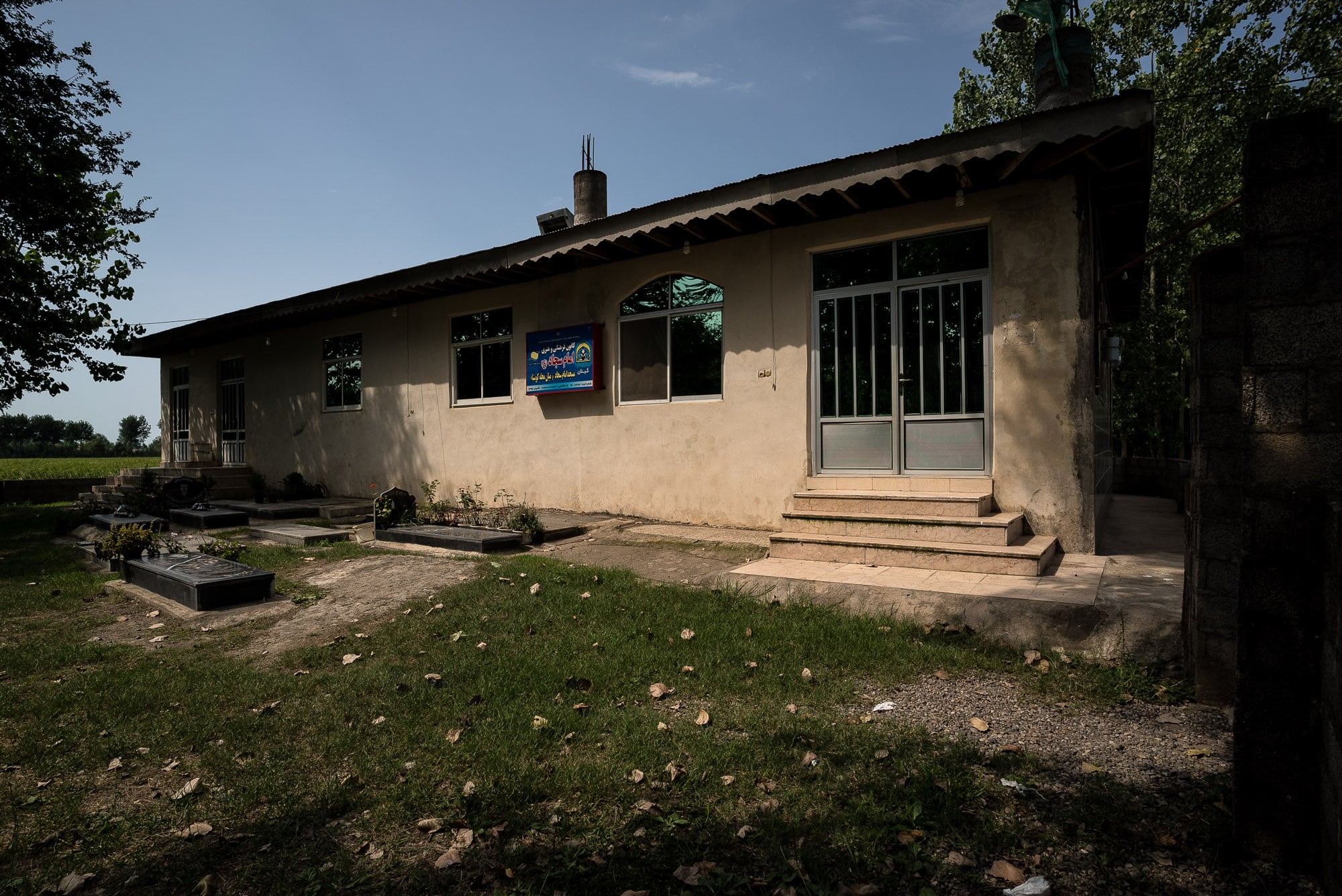 And a lucky charm in a car window: 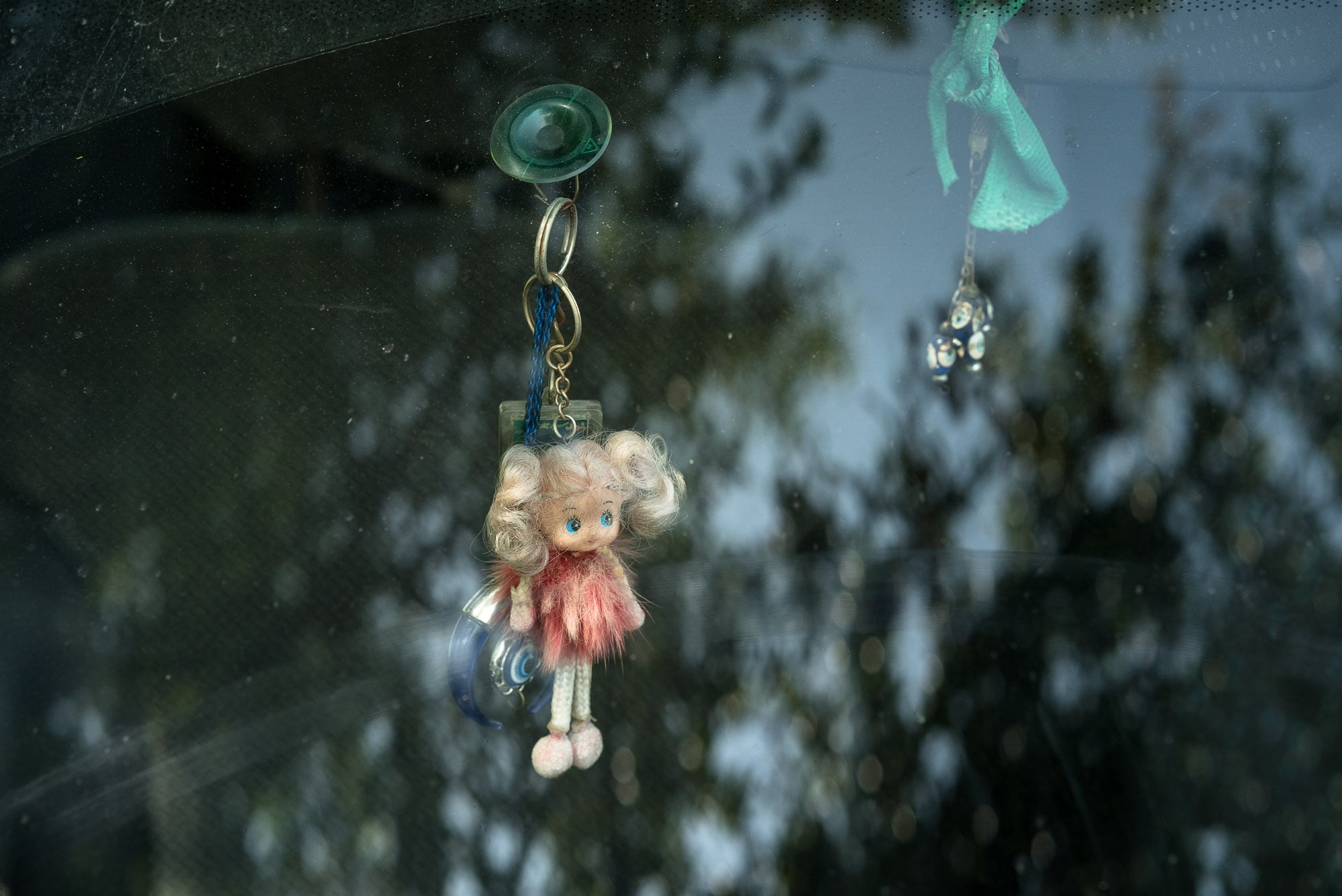 It occurred to me that she – the blonde lucky charm – was free to not wear the hijab. Good for her.

I saw plants that had soft little nets spun around them, apparently by caterpillars: 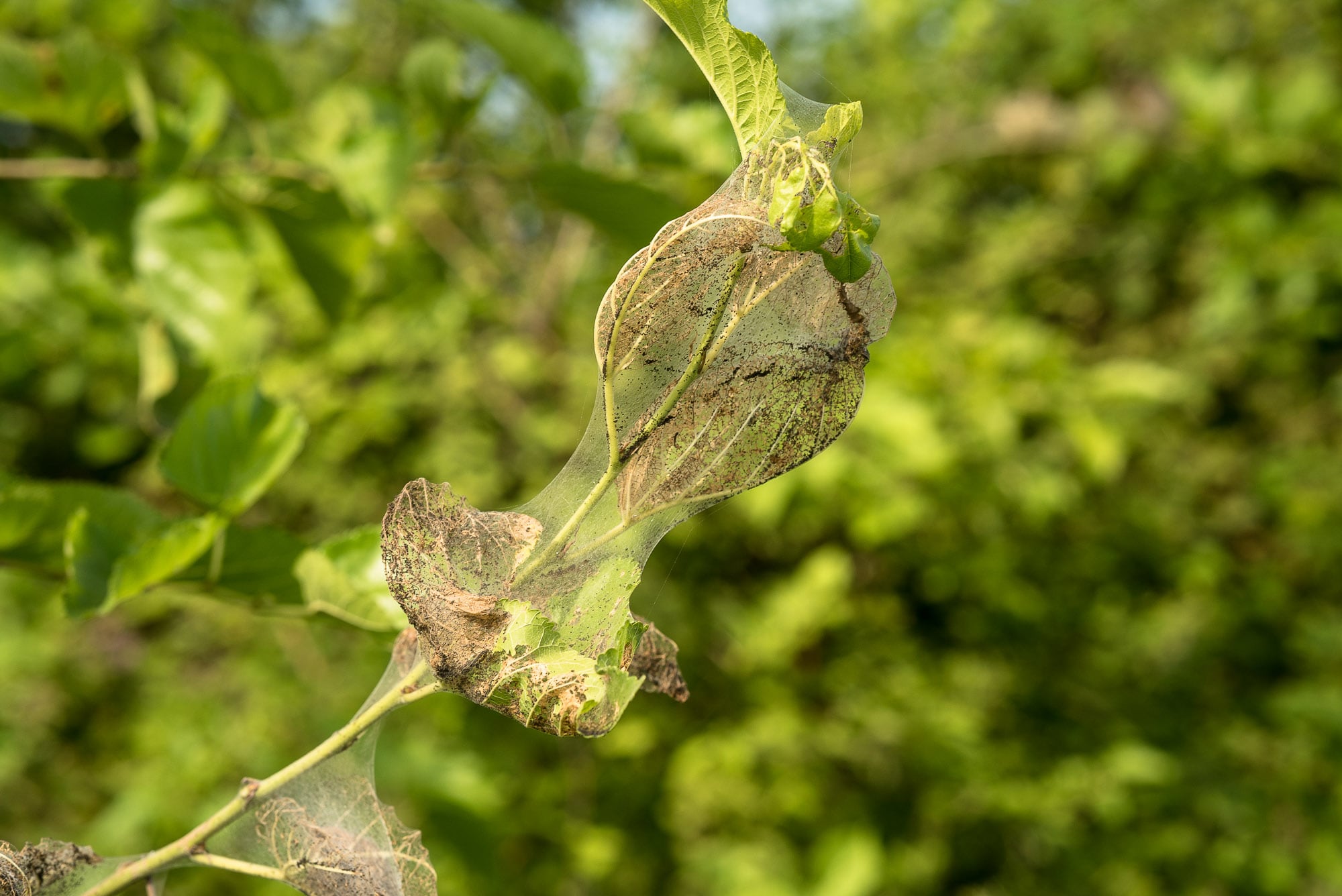 And then there was Mehdi.

His face was everywhere, staring at me from many pictures and posters left and right of the road: 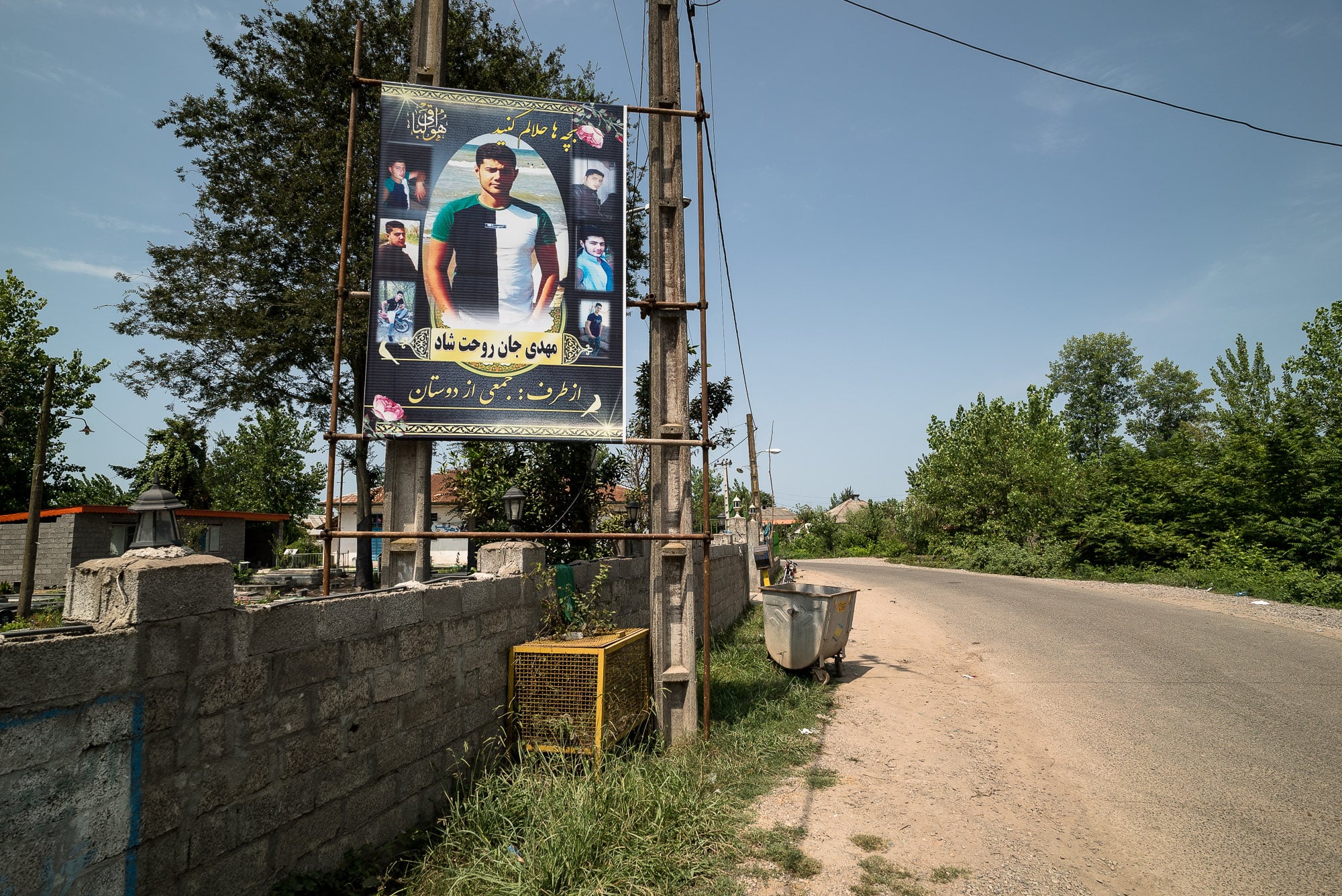 I understood that he had died.

A shop keeper told me that Mehdi was his cousin, and that a traffic accident had taken his life a week ago. I tried to calculate: where had I been a week earlier? I had just arrived in Lahijan, after a day of looking at tea plants and drinking tea on the road. Mehdi had died somewhere around that time.

And he had died right here on this quiet road, the shop keeper said to me. I looked around: the road seemed almost impossible to die on. It was just too quiet and peaceful.

When death comes for young men in Iran, it is often when they are on their motorcycles.

A little while later I arrived at a mosque, and I noticed that there was a fresh grave with flowers. The face on the pictures was familiar: 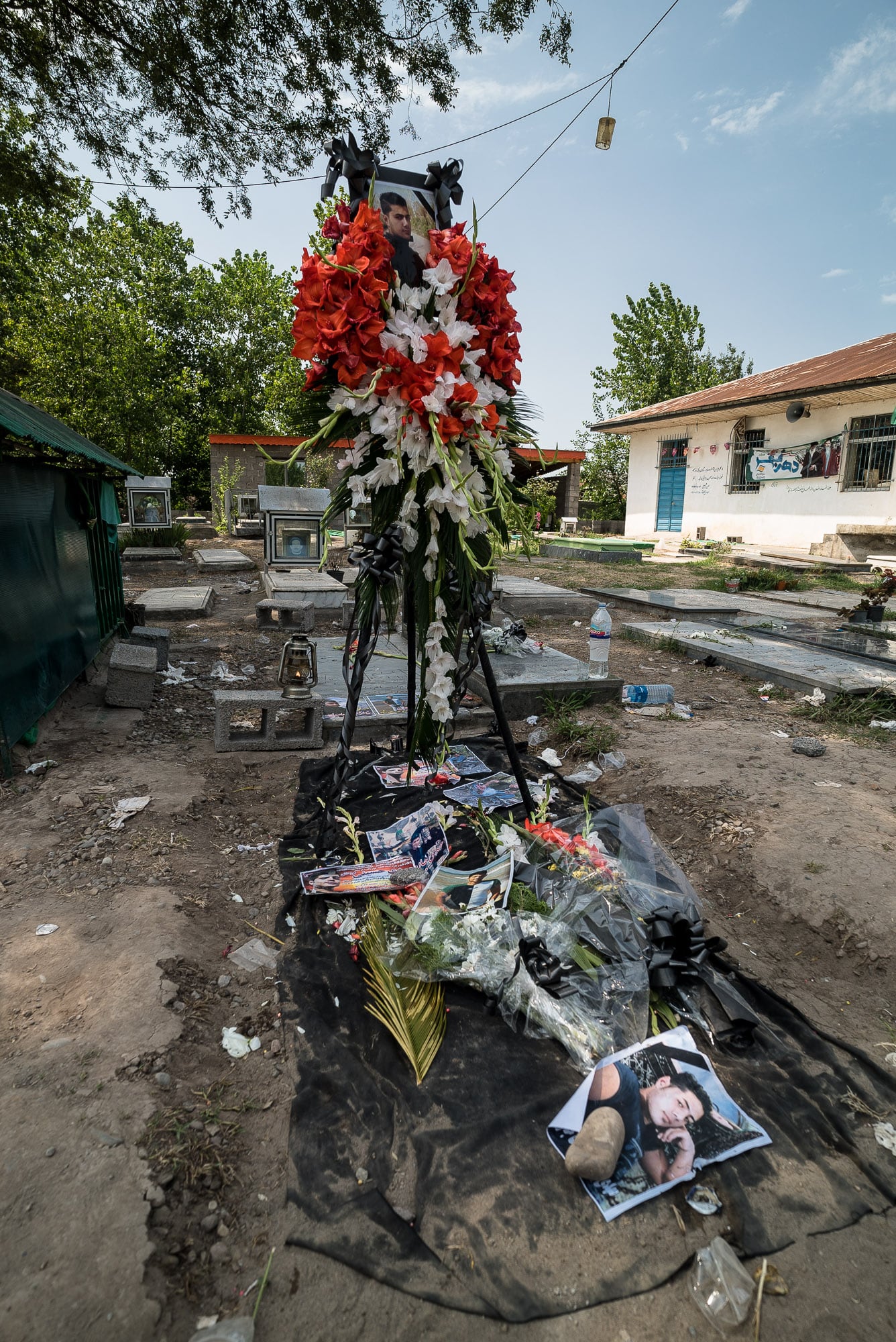 One of the photos showed him with his motorcycle. He looked proud, or rather: he looked like he was trying to hide some kind of adolescent insecurity behind a proud look, just as many young men are prone to do.

But alas, he had not waited.

There is no 360 degree video today, sorry.