I woke up, packed my stuff, sat down for some tea with Inga and Gela, and then I said goodbye: 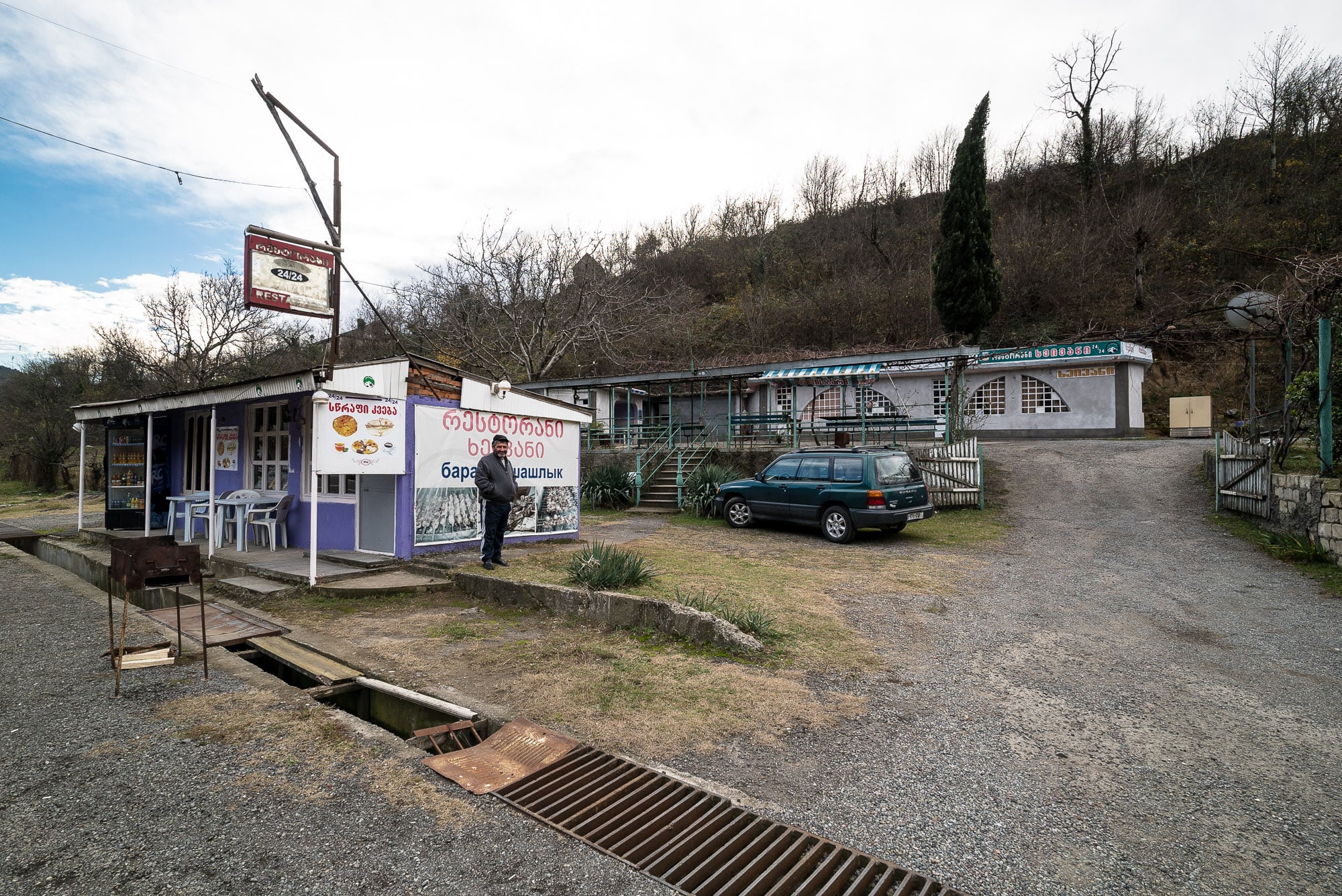 I knew the day wasn’t going to be short and easy. But I had no idea just how long and difficult it was going to be.

The road kept following a river through the valley, and often there was hardly any space next to it to walk on: 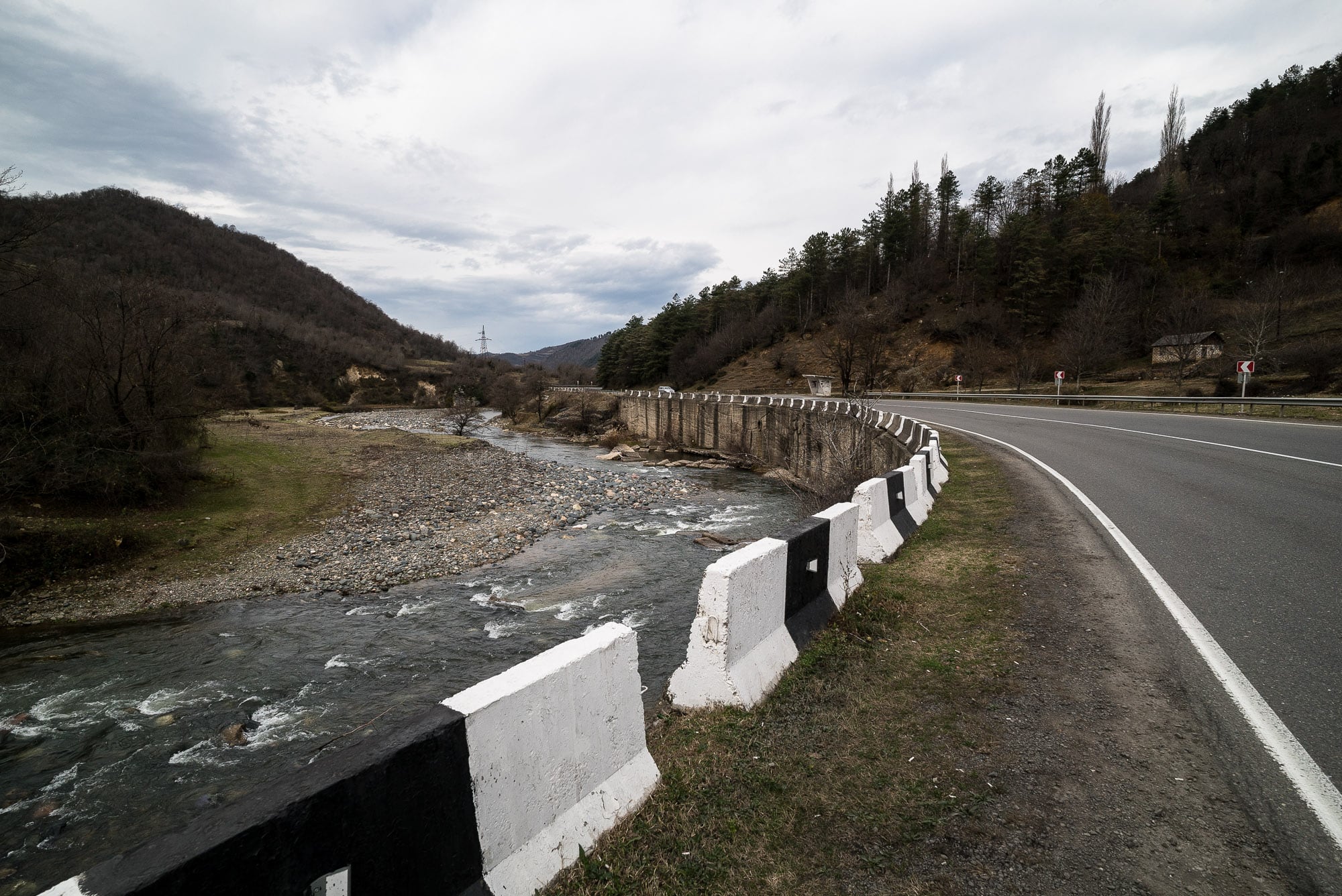 Sometimes there were little shops selling handicrafts and souvenirs: 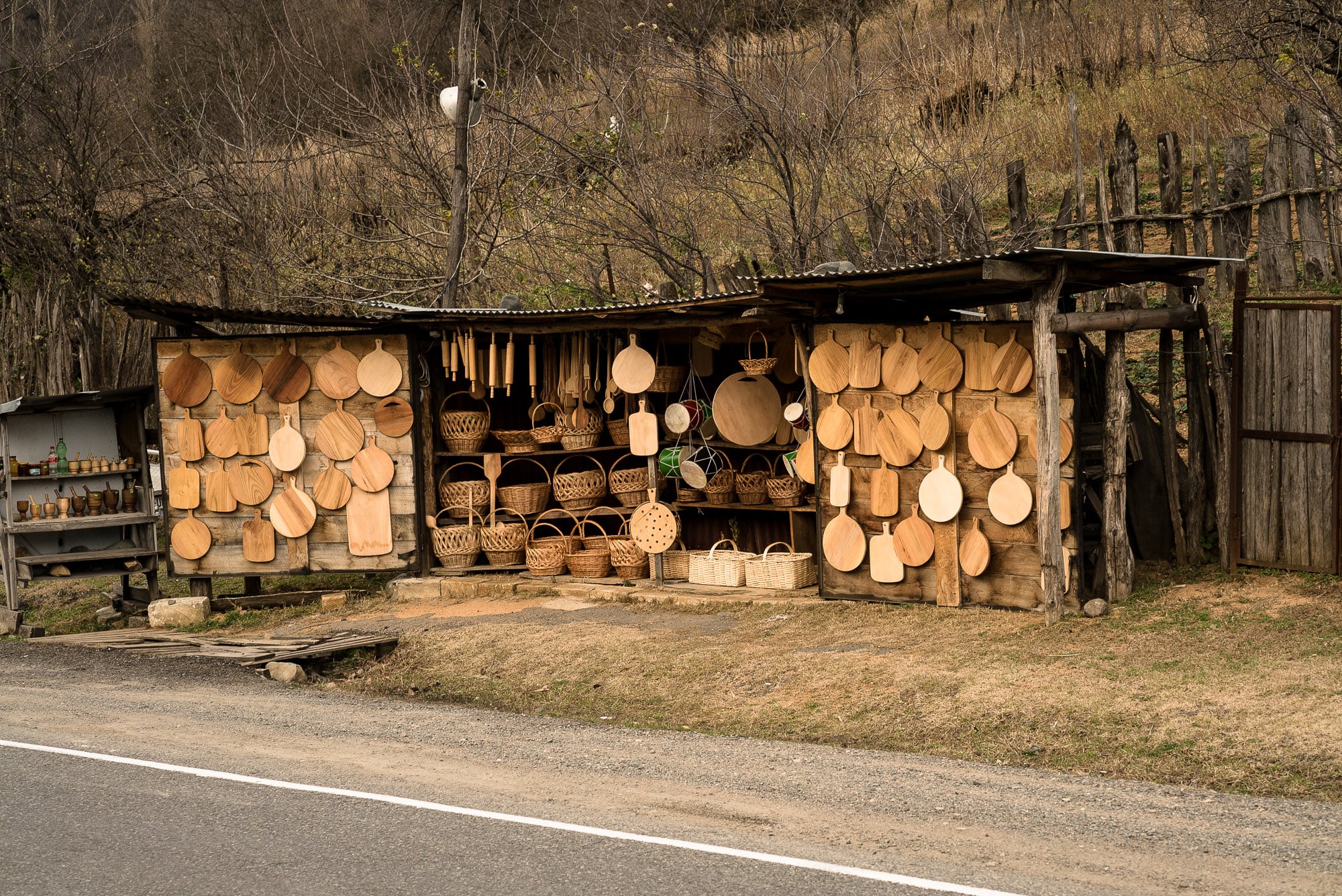 And sometimes there was a rather random-looking cow that stared at me confusedly: 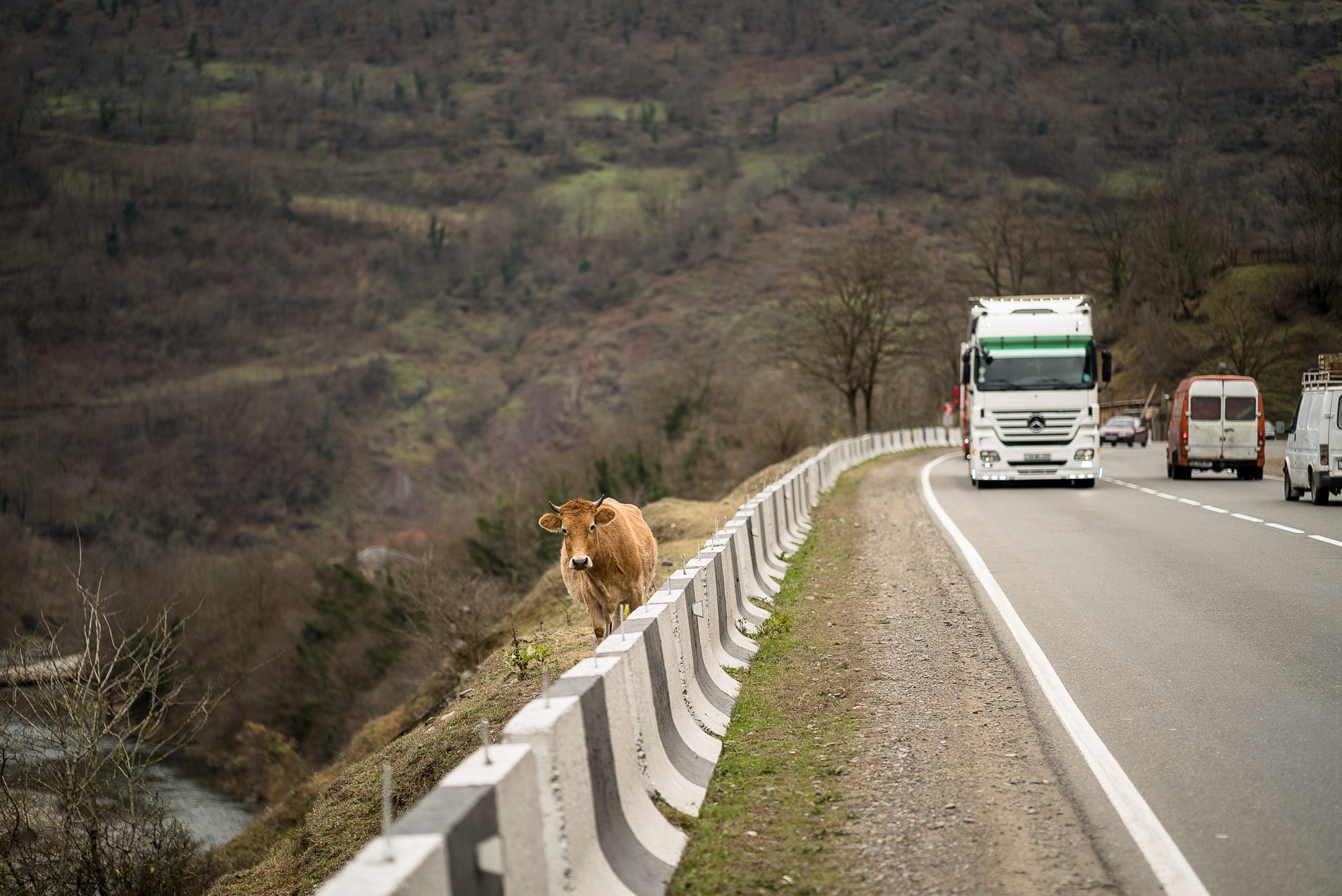 I, too, wondered how this one had ended up there, on the slope next to the busy road: 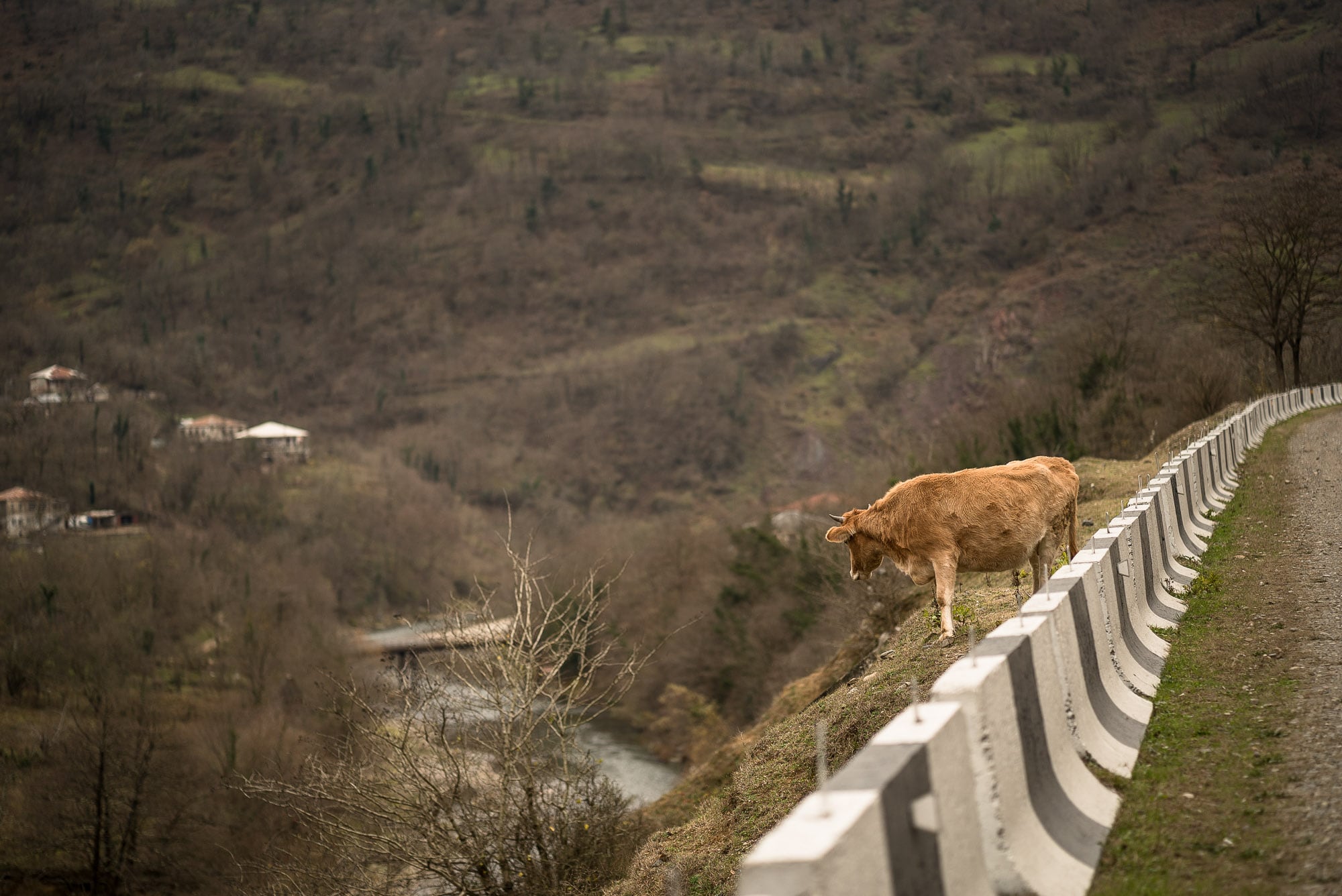 There was a surprising amount of unfinished construction projects, like this bridge over the river: 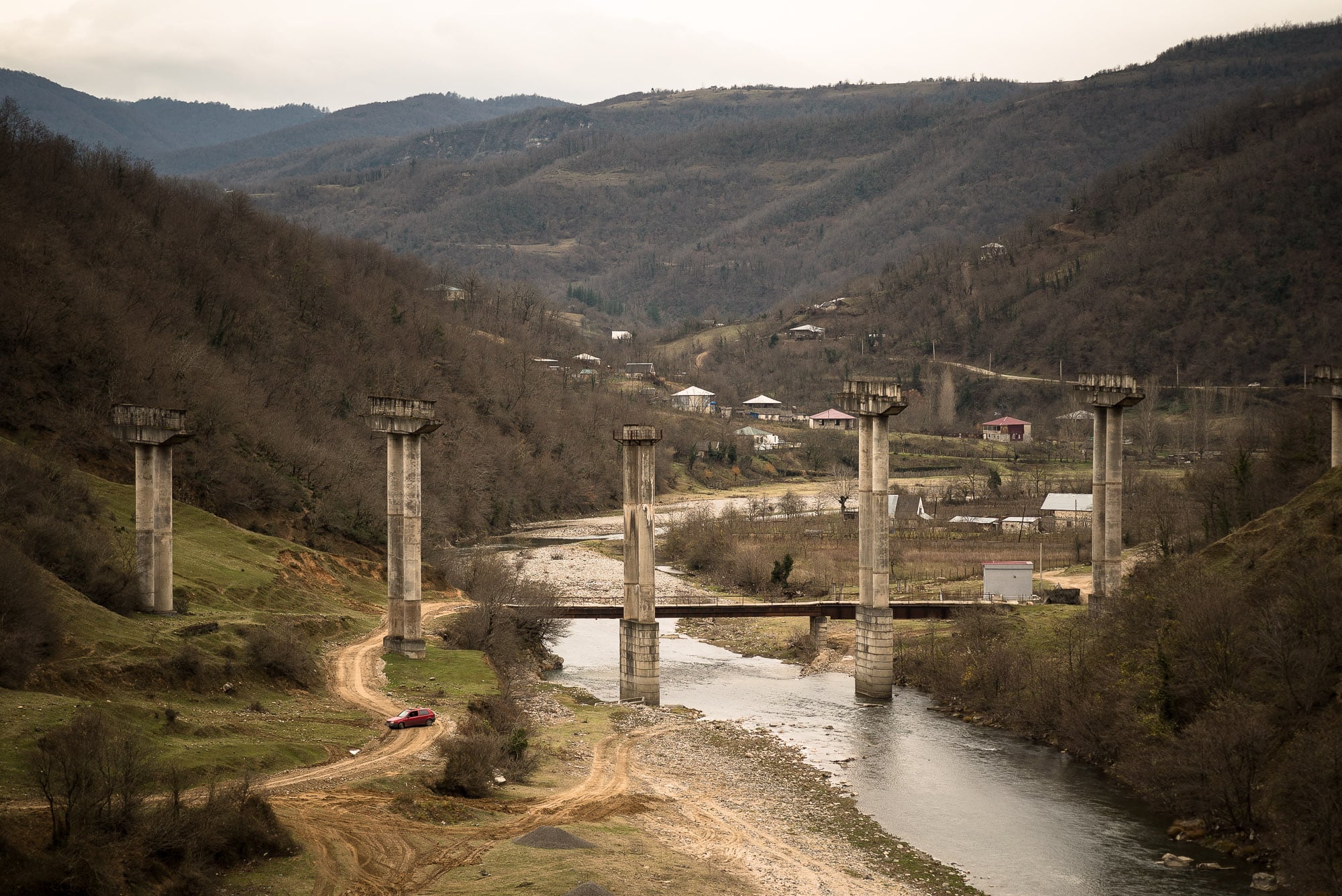 Like this bridge, which had trees grow out of it: 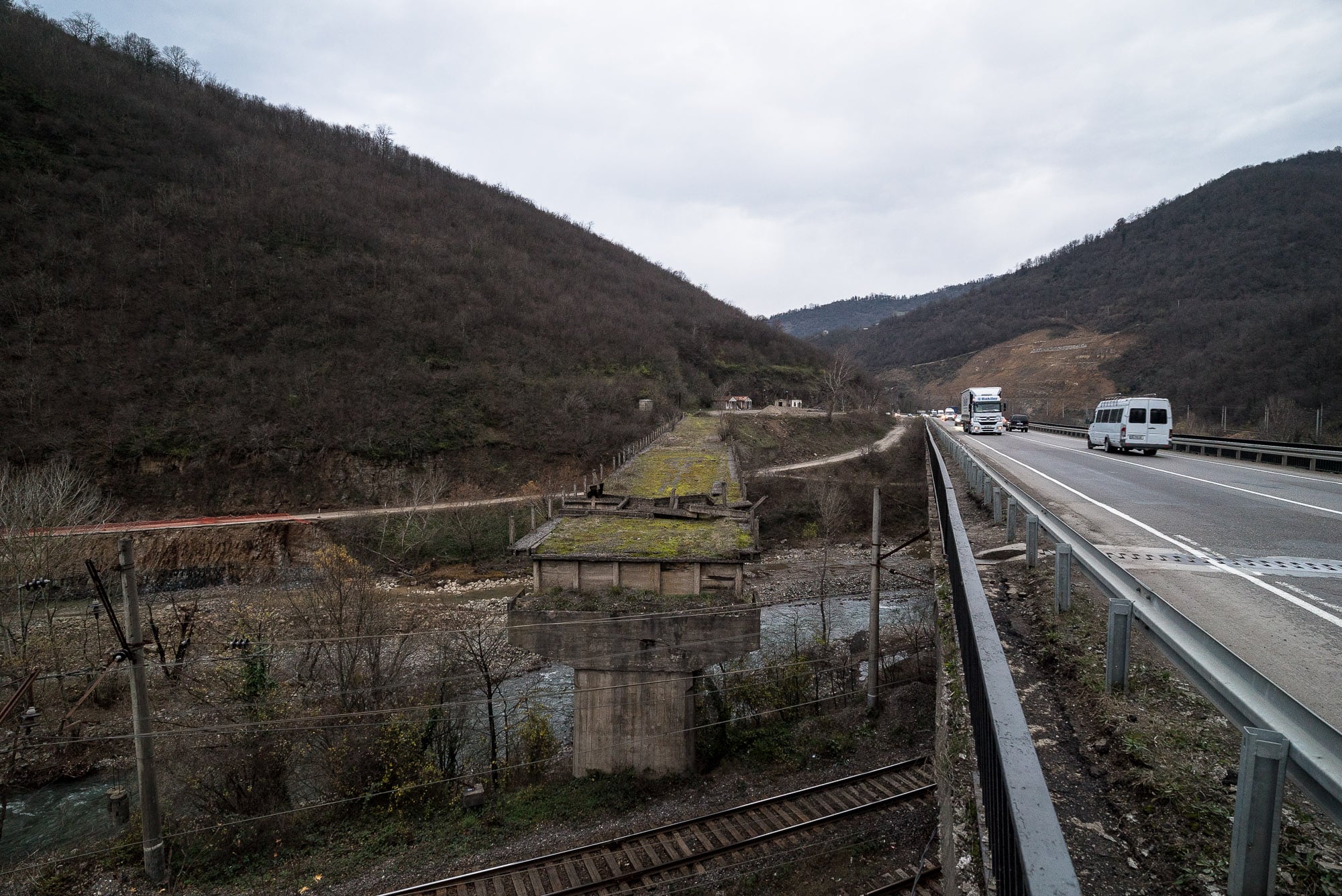 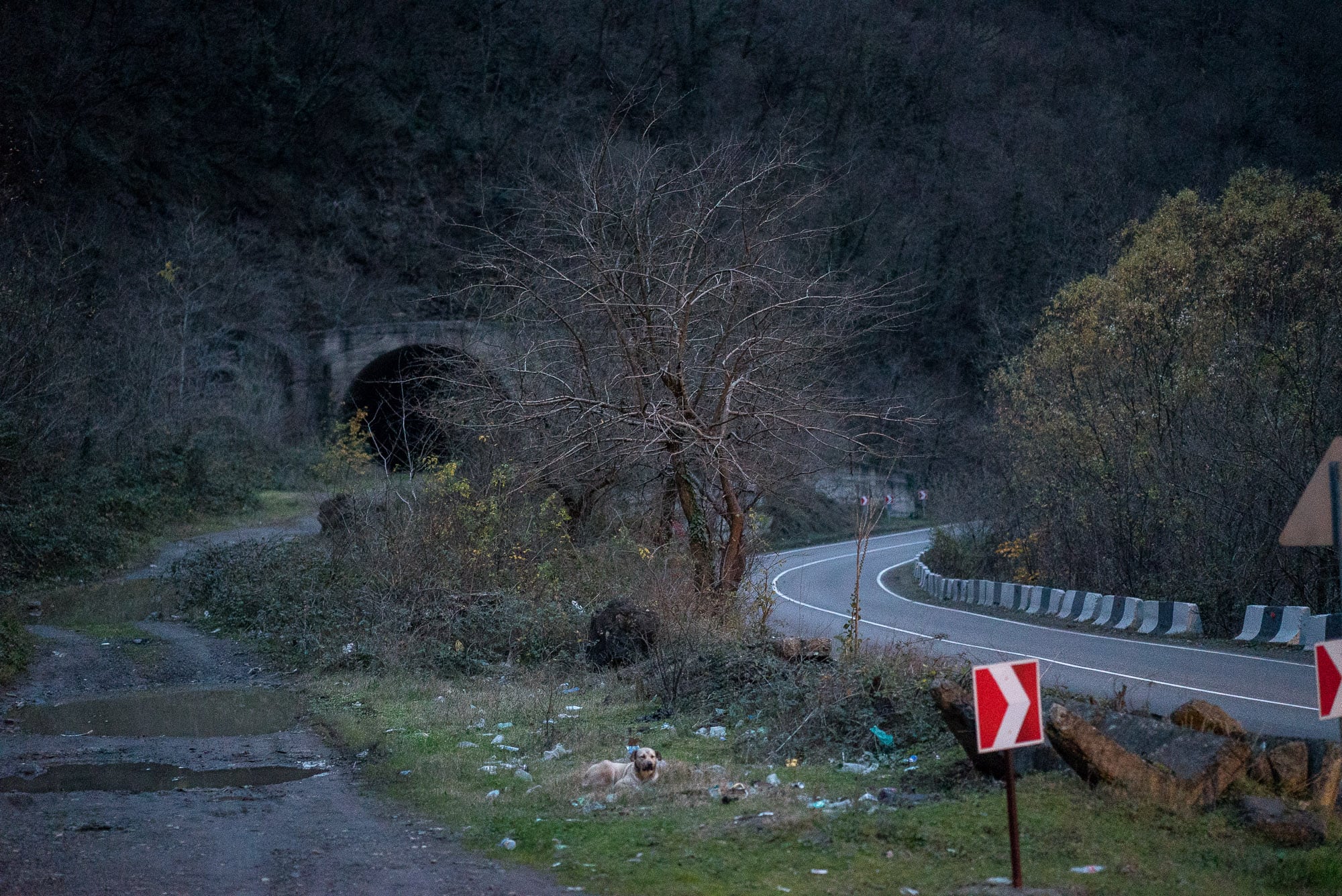 I walked until it got dark, barely squeezing by on the narrow shoulder of the road, with hundreds and hundreds of trucks and buses and cars thundering past me. It got only worse when it started raining.

Then, after more than 40km, I reached the outskirts of the town Zestafoni. More souvenir shops appeared: 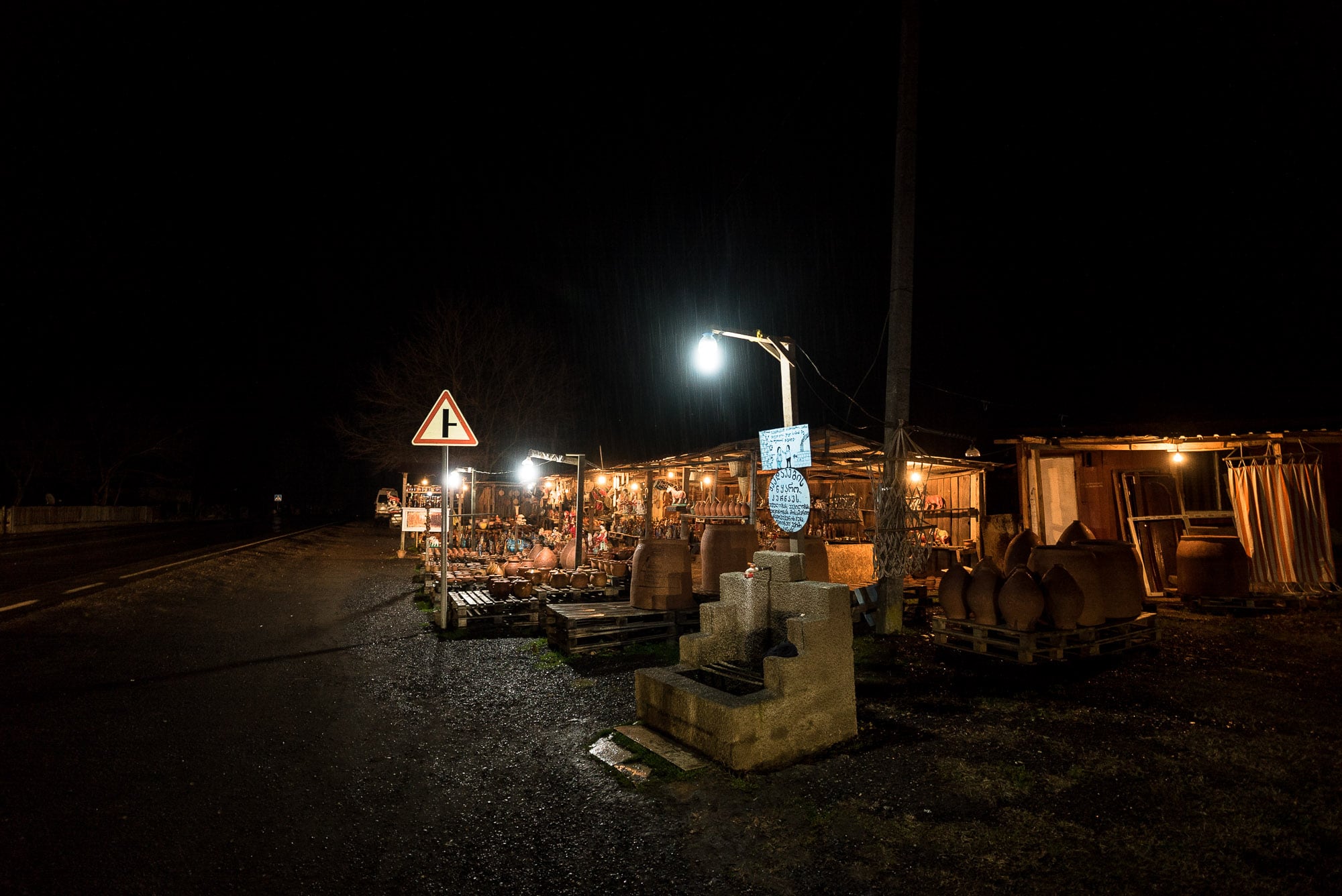 And the rain got heavier: 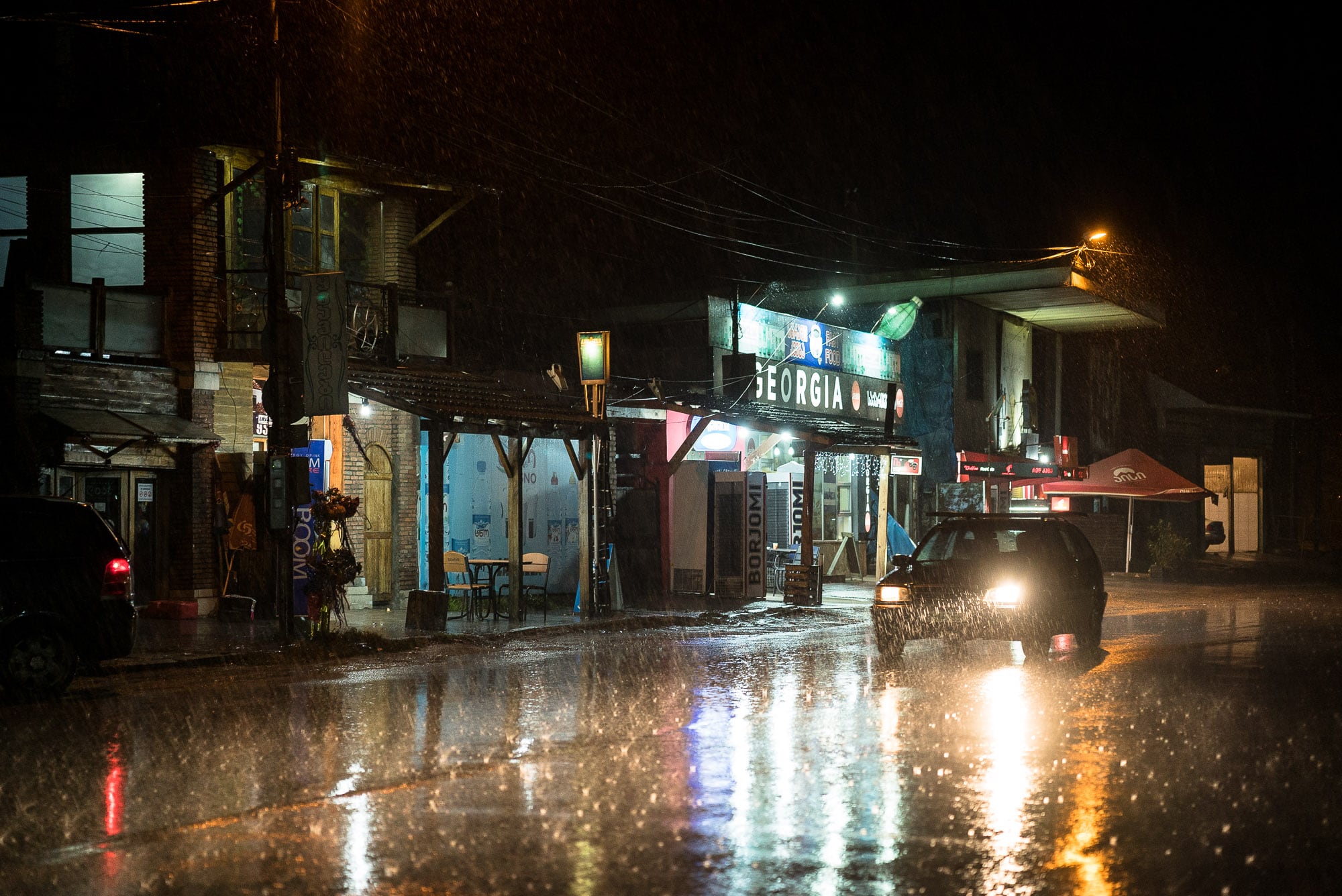 I found refuge in a little fast food restaurant. Nana, who was working there, gave me pizza and talked about Turkey, where she had lived for six years: 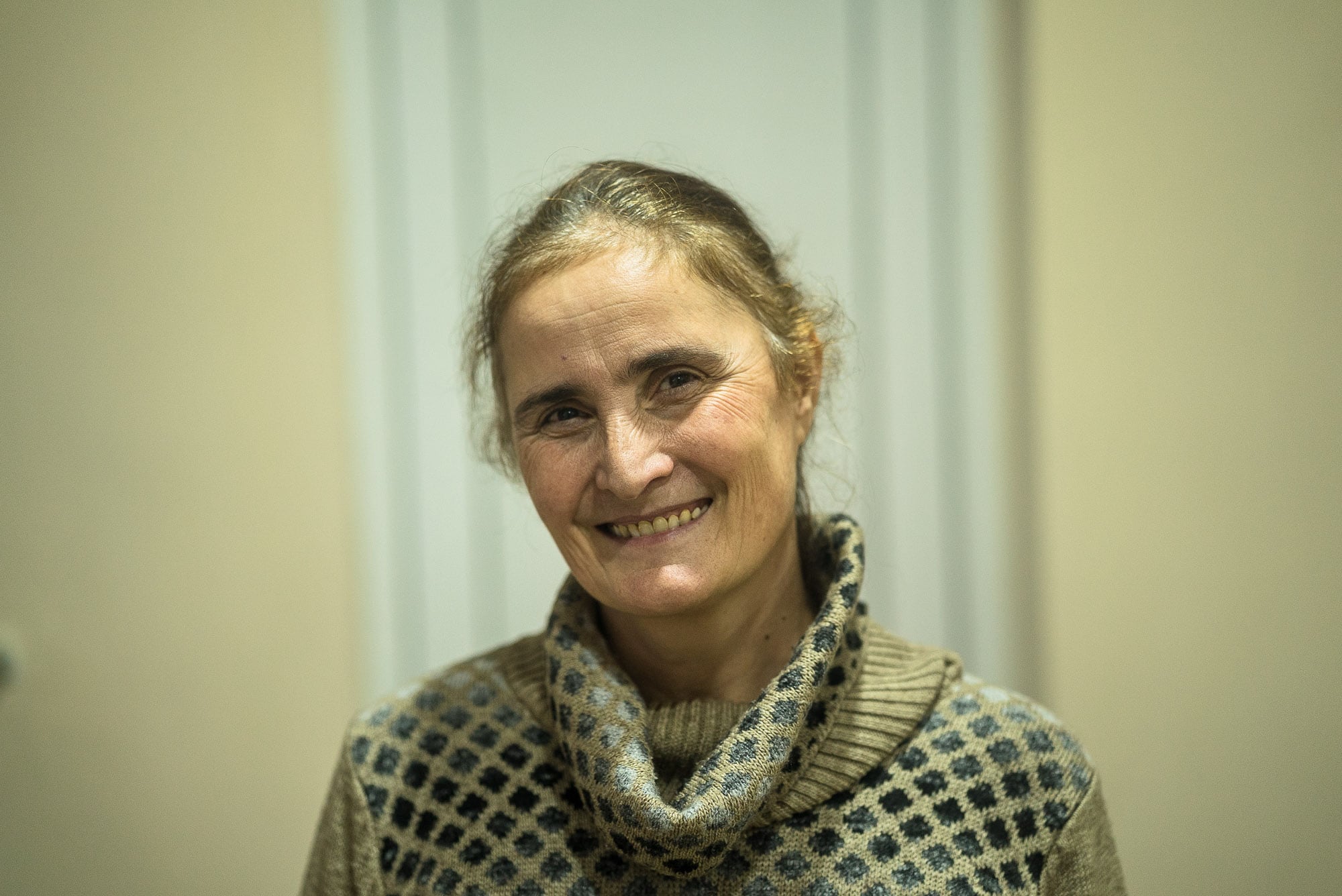 She liked Turkey a lot, and when she talked about it, the country seemed to have an almost magical vibe to it.

As if it were somehow very far away.