When I left Surami, the air felt a bit warmer than the day before. And yet I could see that the fireplaces and the ovens and the radiators were hard at work: 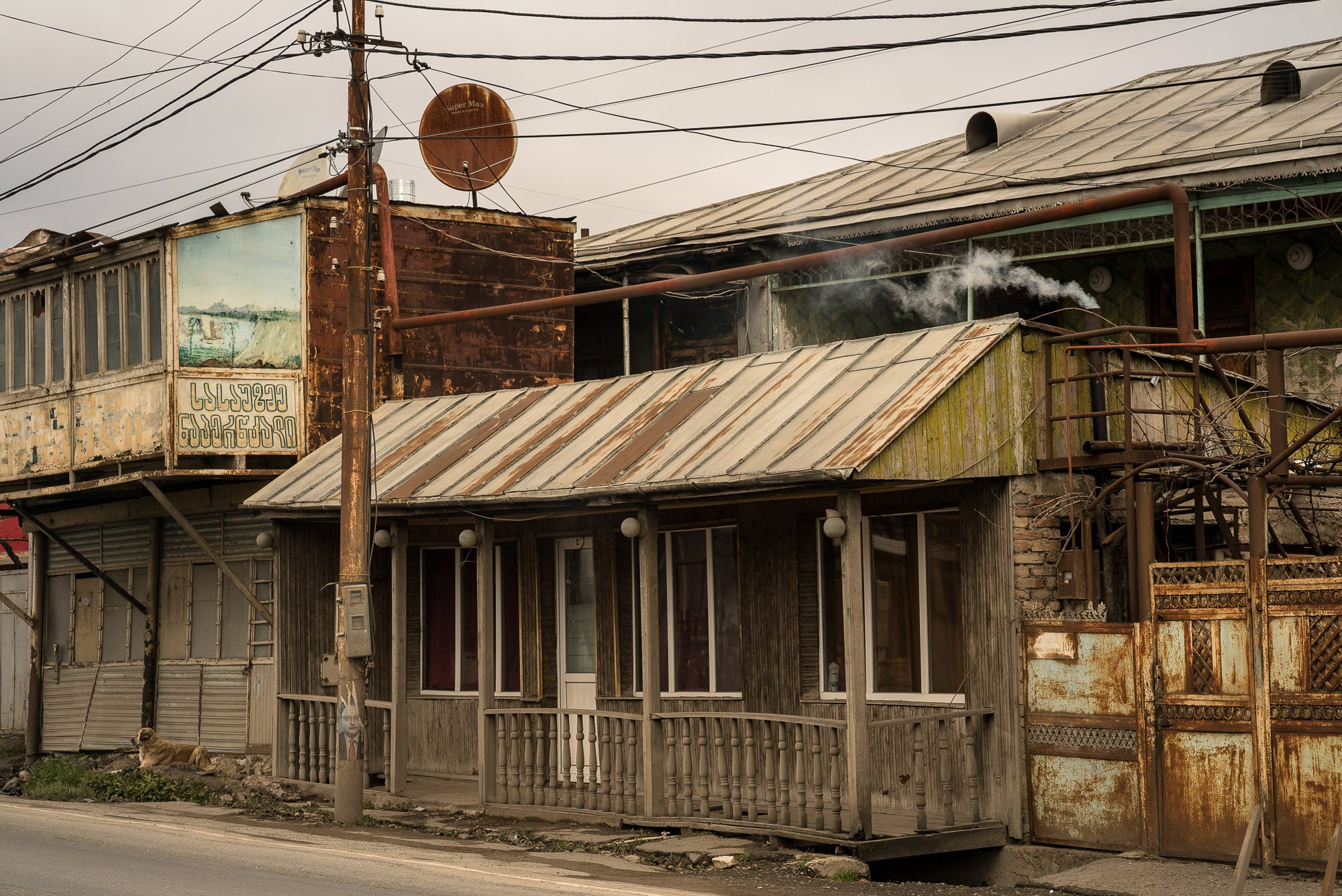 I thought how nice it must be to be there, inside one of those buildings, doing nothing, just enjoying the warmth. But I had come here to walk.

So I followed the road, and it led me out of the little town and into the mountains, the place where angry dogs lurked: 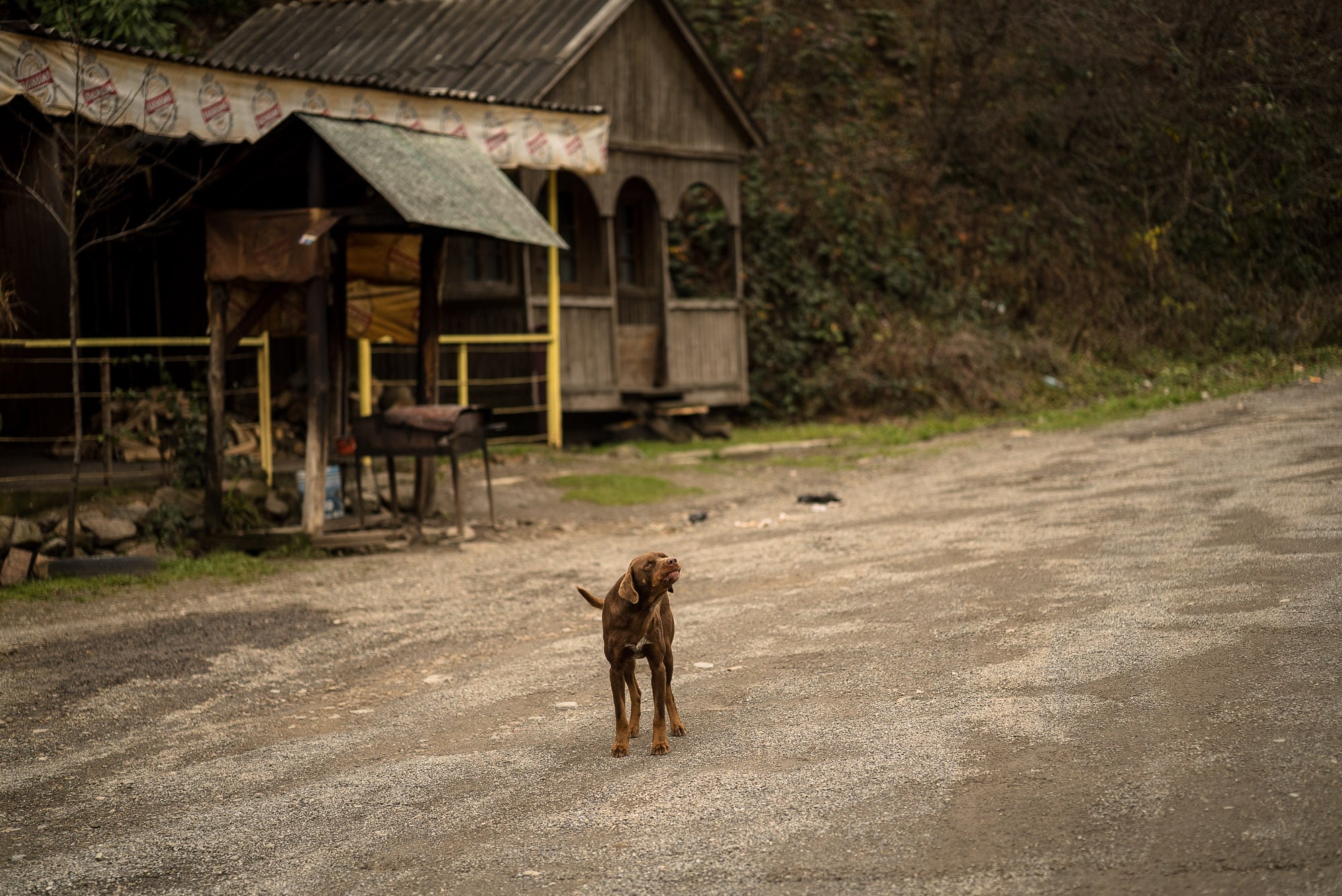 After about one hour of walking I got to this place, where I had to make a decision – go through a tunnel (right) or bypass it by going up and down a mountain (left): 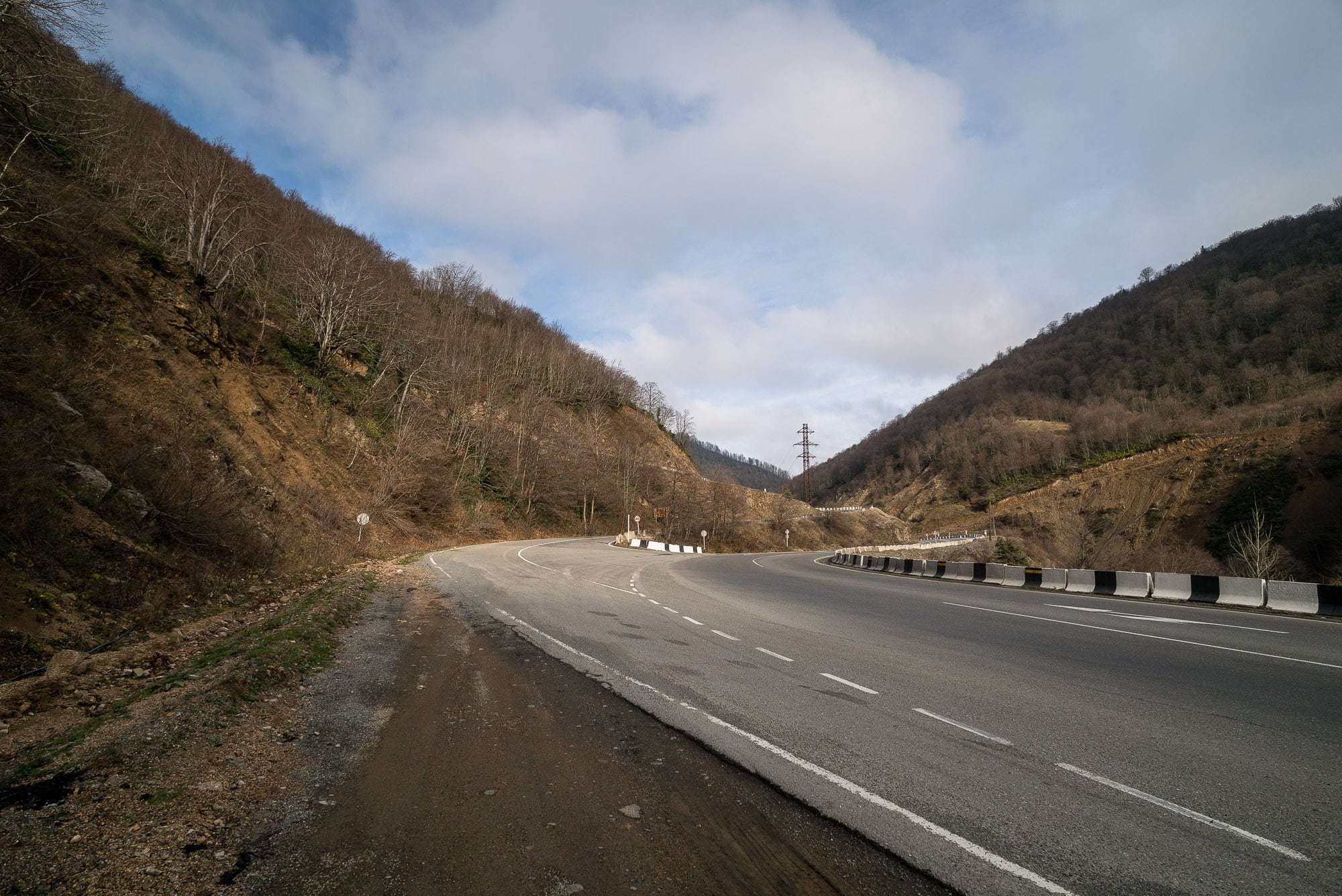 I decided to take the mountain pass: 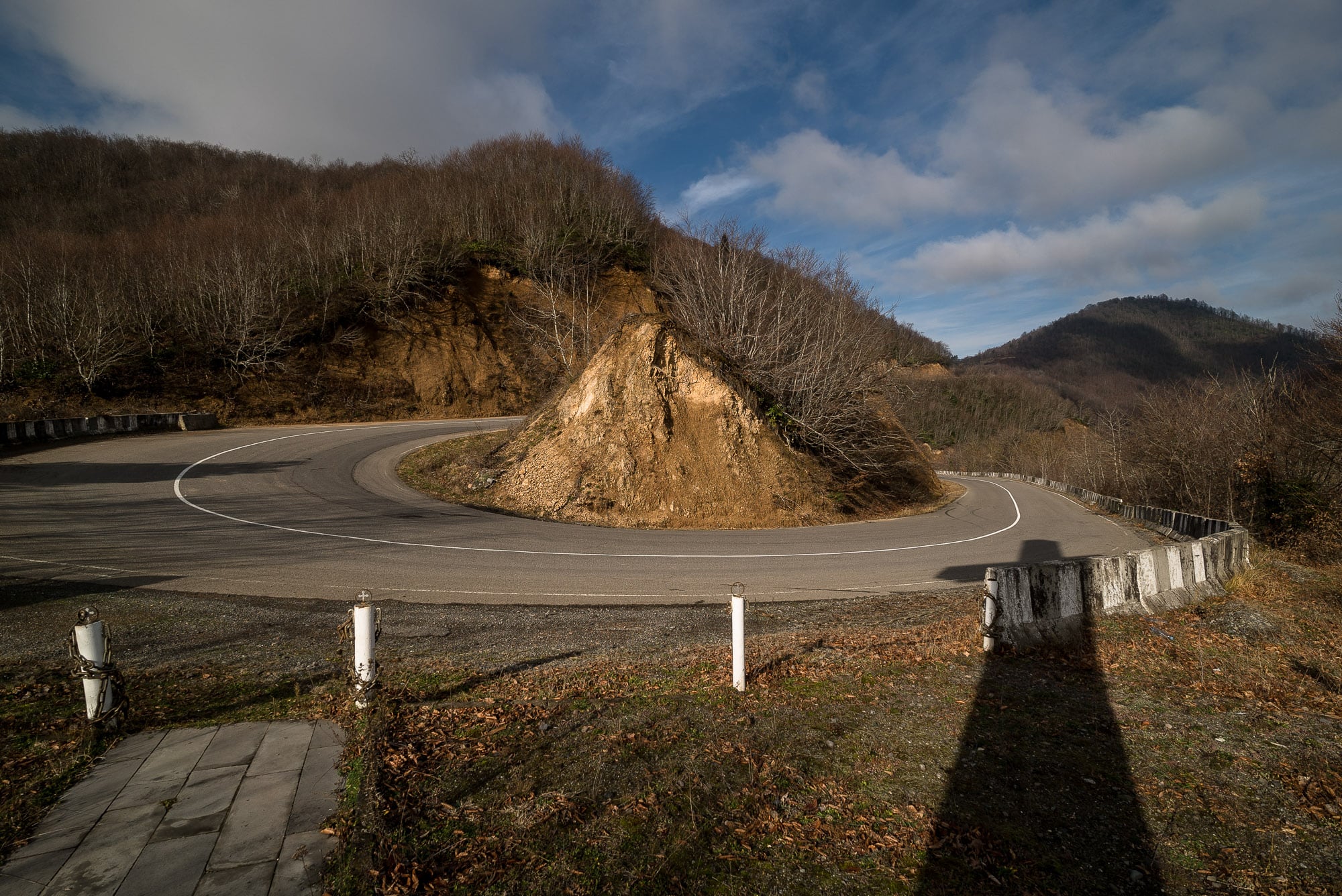 The road was very steep, but it was beautifully quiet up there. At one point there were a bunch of ruins: 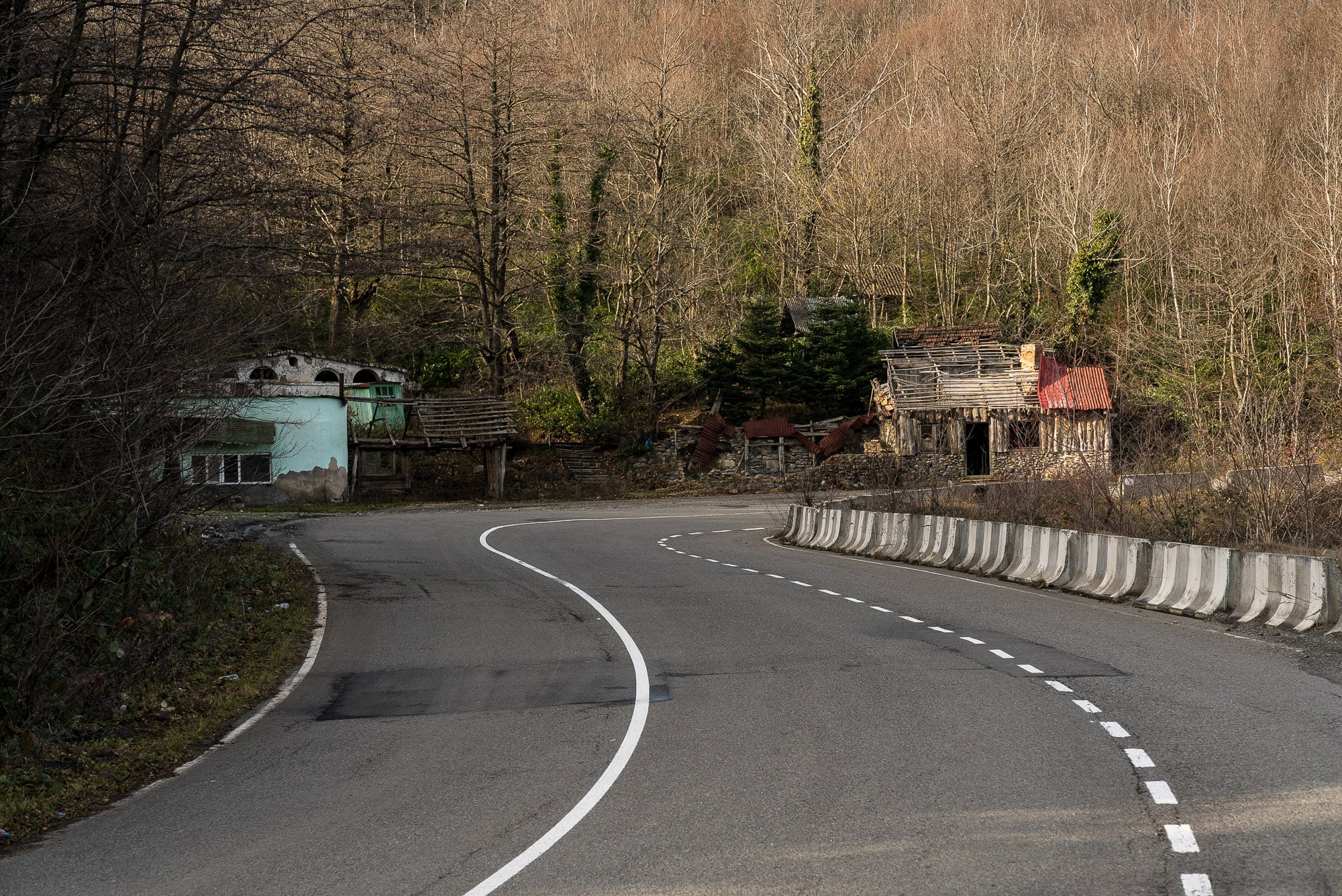 This place had been a rest stop when there hadn’t yet been a tunnel: 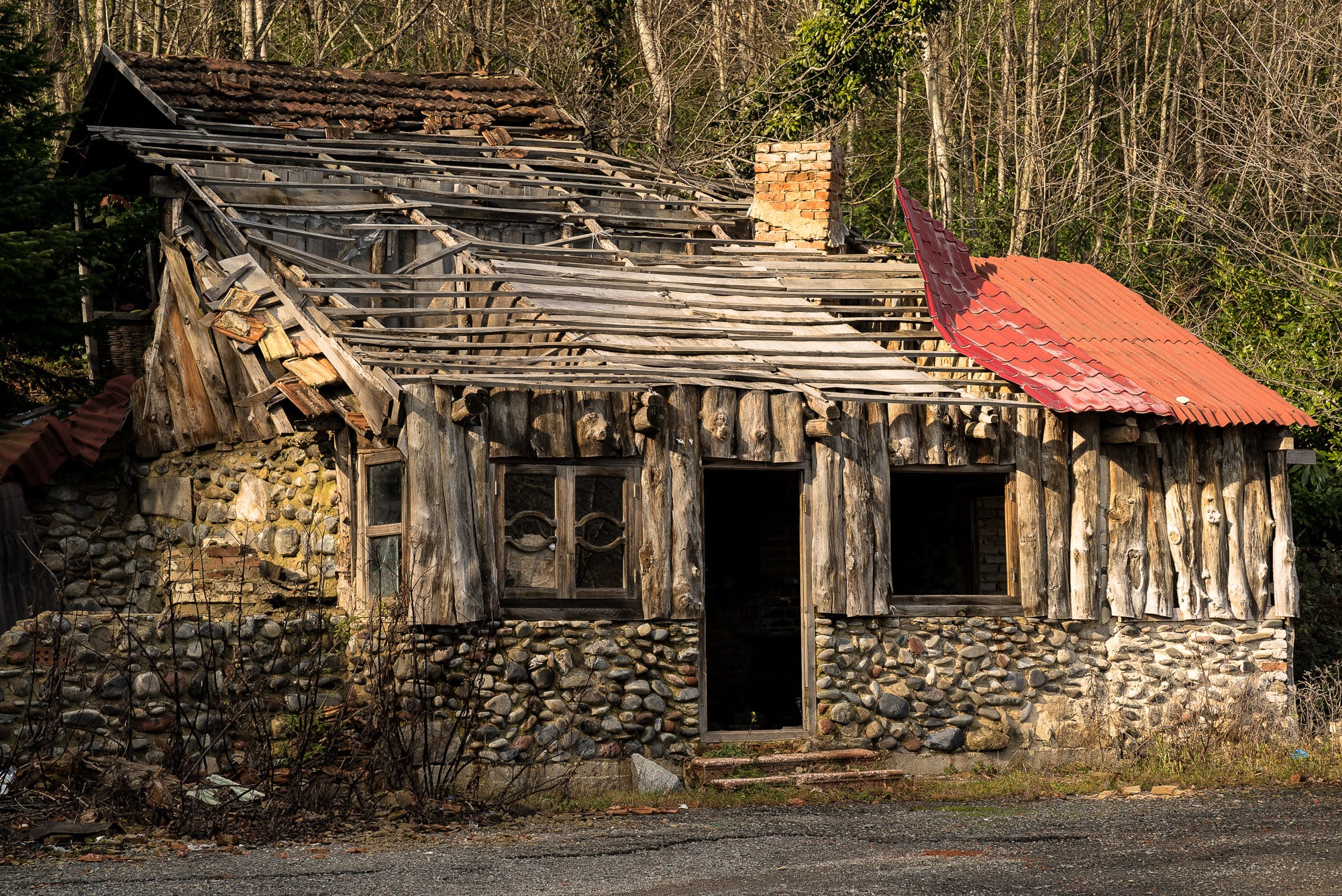 But now there was hardly any traffic anymore on this road, and so the rest stop had been deserted: 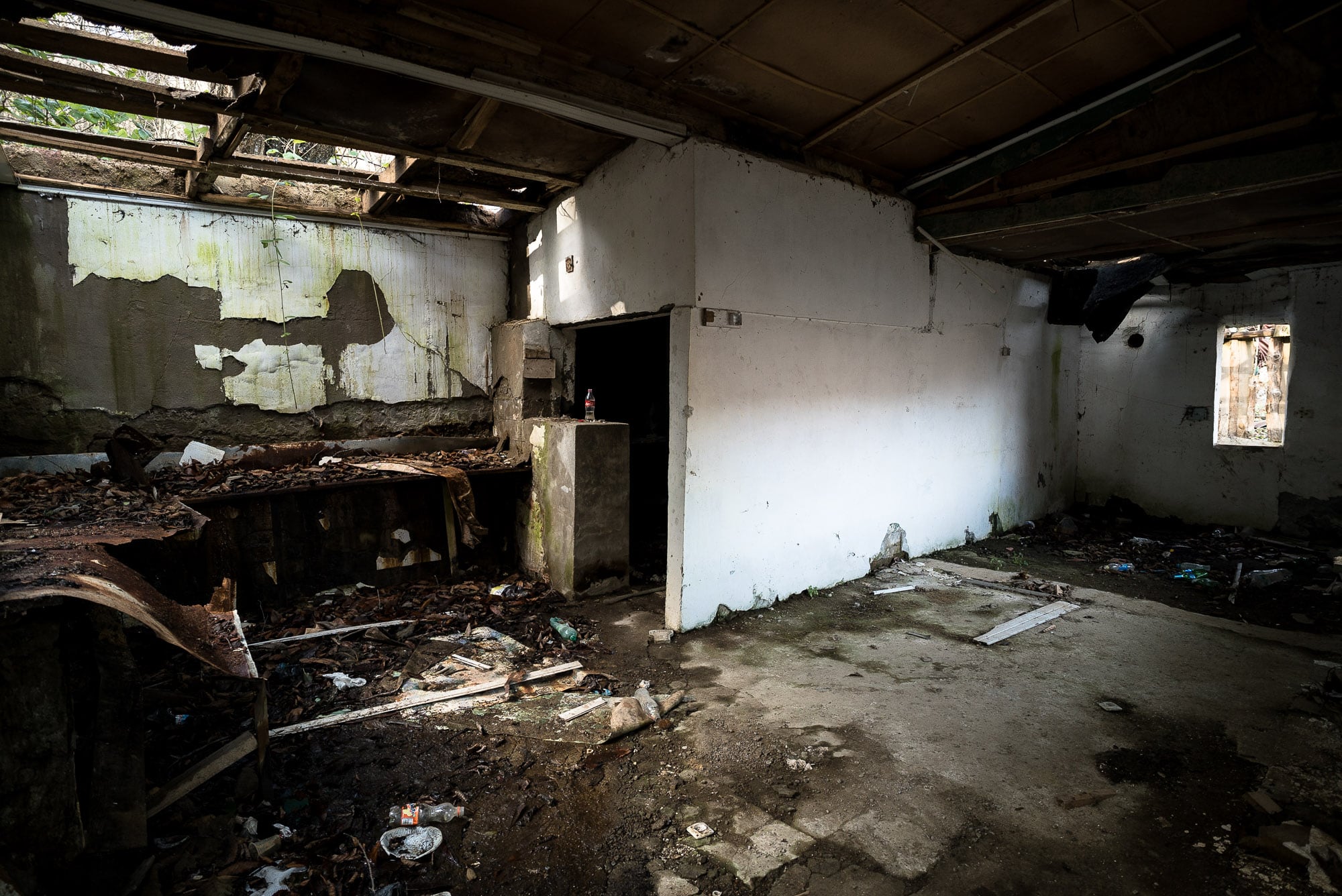 It was all a bit gloomy, but the views around were stunning: 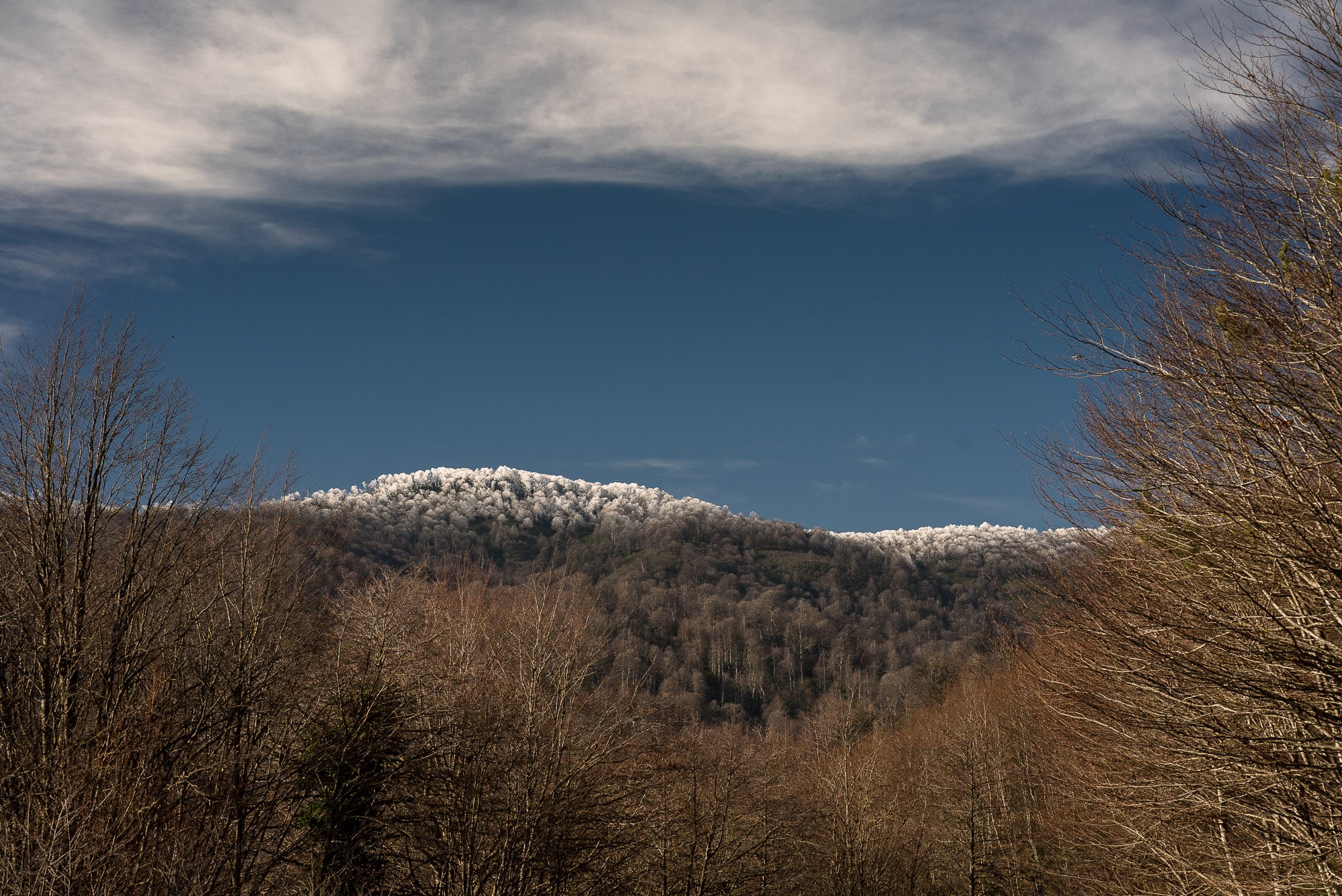 I picked a red leaf for my notebook, to have something to remember this place and this day by: 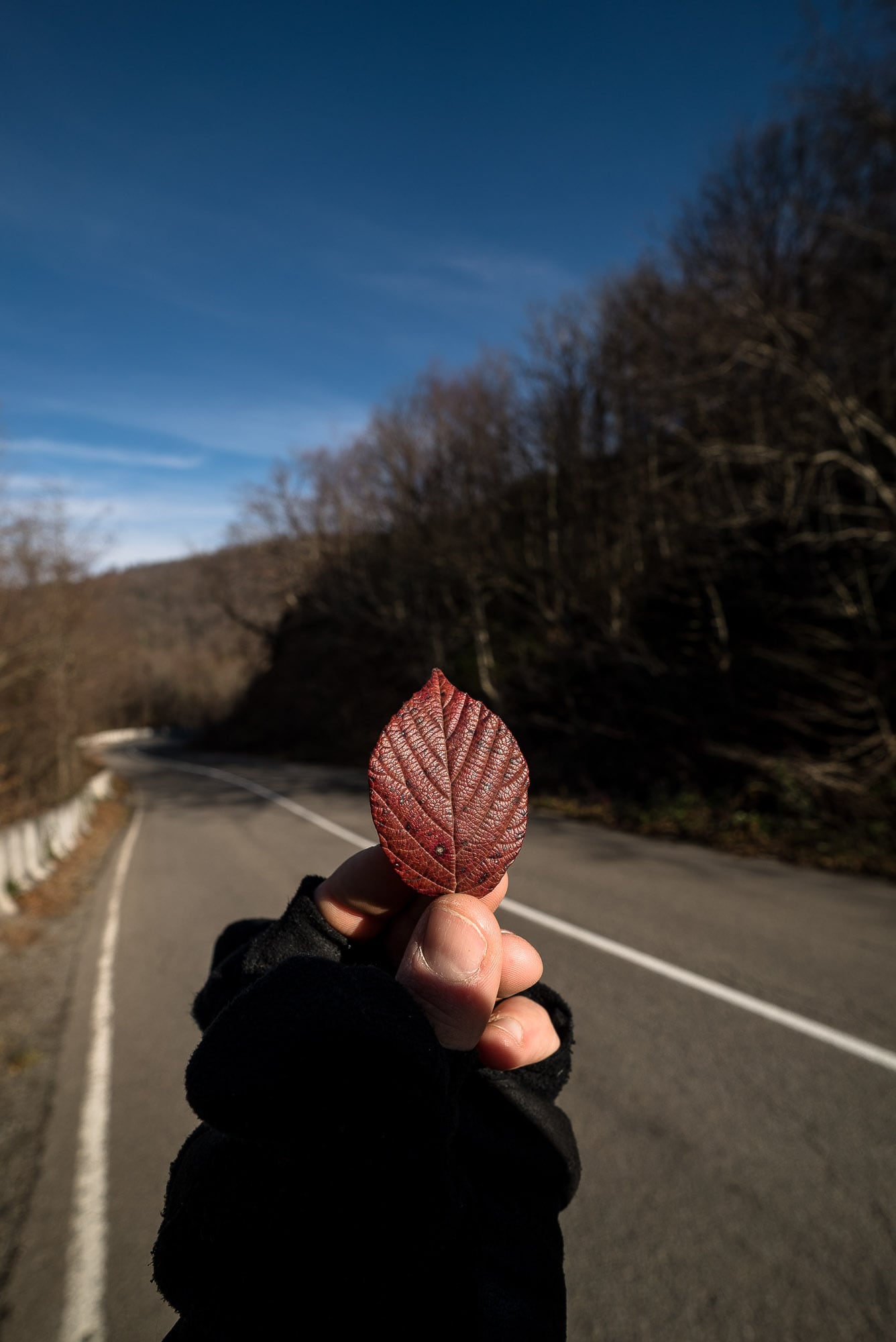 And then I descended from the pass and, having bypassed the tunnel, went back to the highway. There was a dog that just stared at me while I was having some tea and an apple: 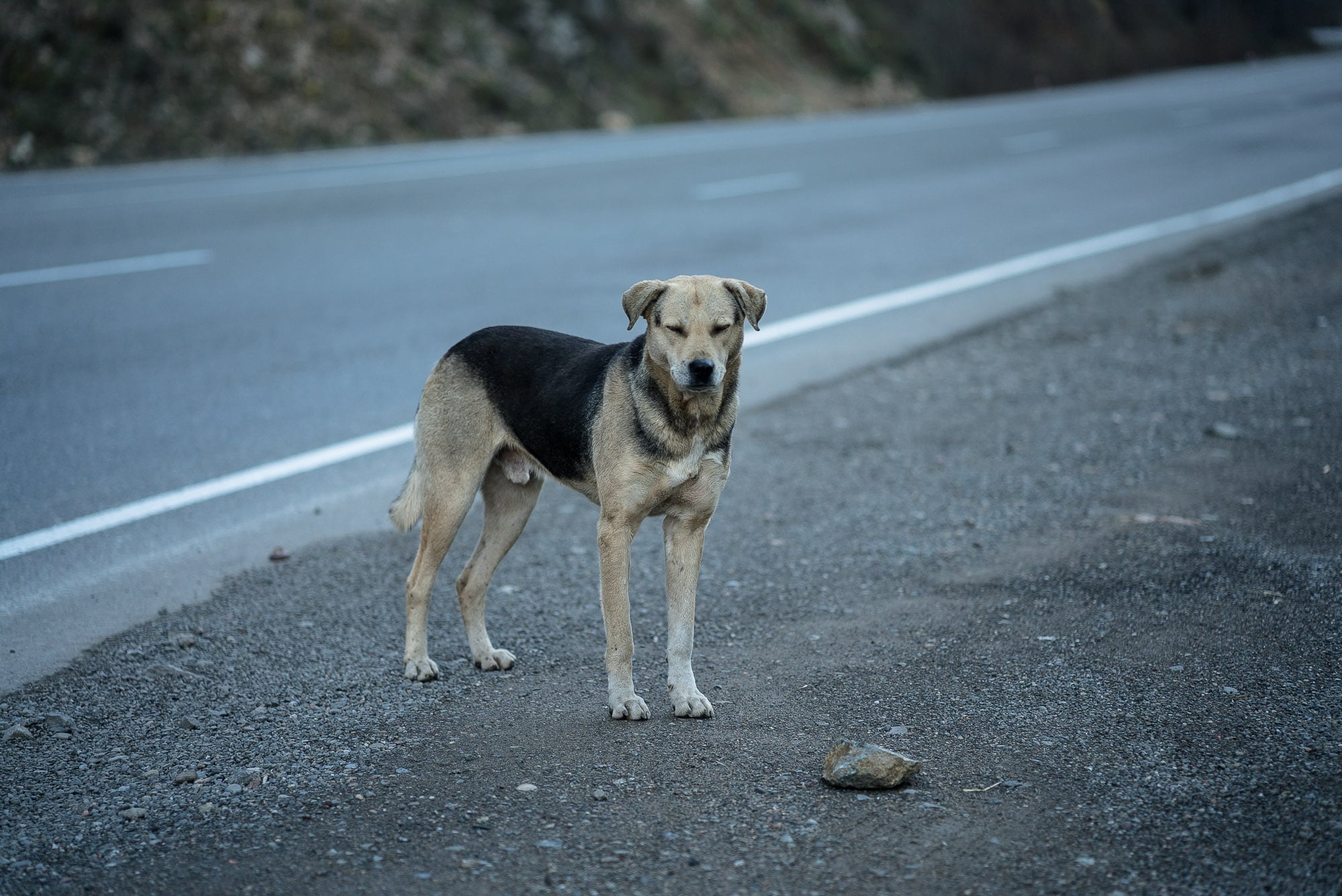 I eventually got up and peed on a tree trunk, upon which the dog looked at me condescendingly and went over to the tree trunk to pee over my mark.

Okay, okay, I thought, you win.

There were many trucks on the highway, which was bad for me, because they made walking more dangerous. But when I saw one from Turkmenistan I got very excited: 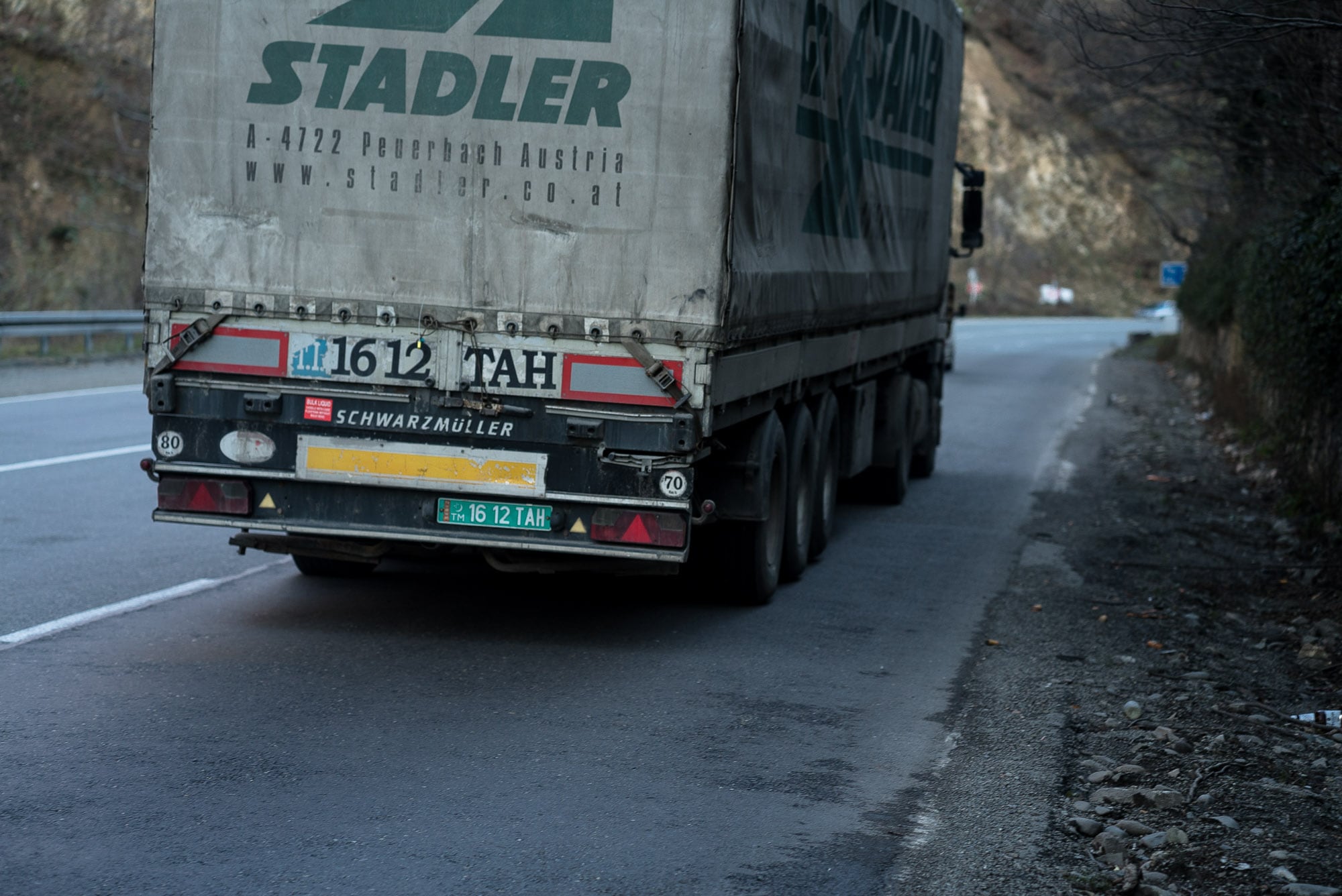 How long had it been since the magical days of the Turkmen desert?

I walked until it got dark, and when it did, I still hadn’t figured out where to sleep. Camping was almost impossible because there was not much space – it was just the road and the river and the mountains. I looked jealously at the houses with their warm lights: 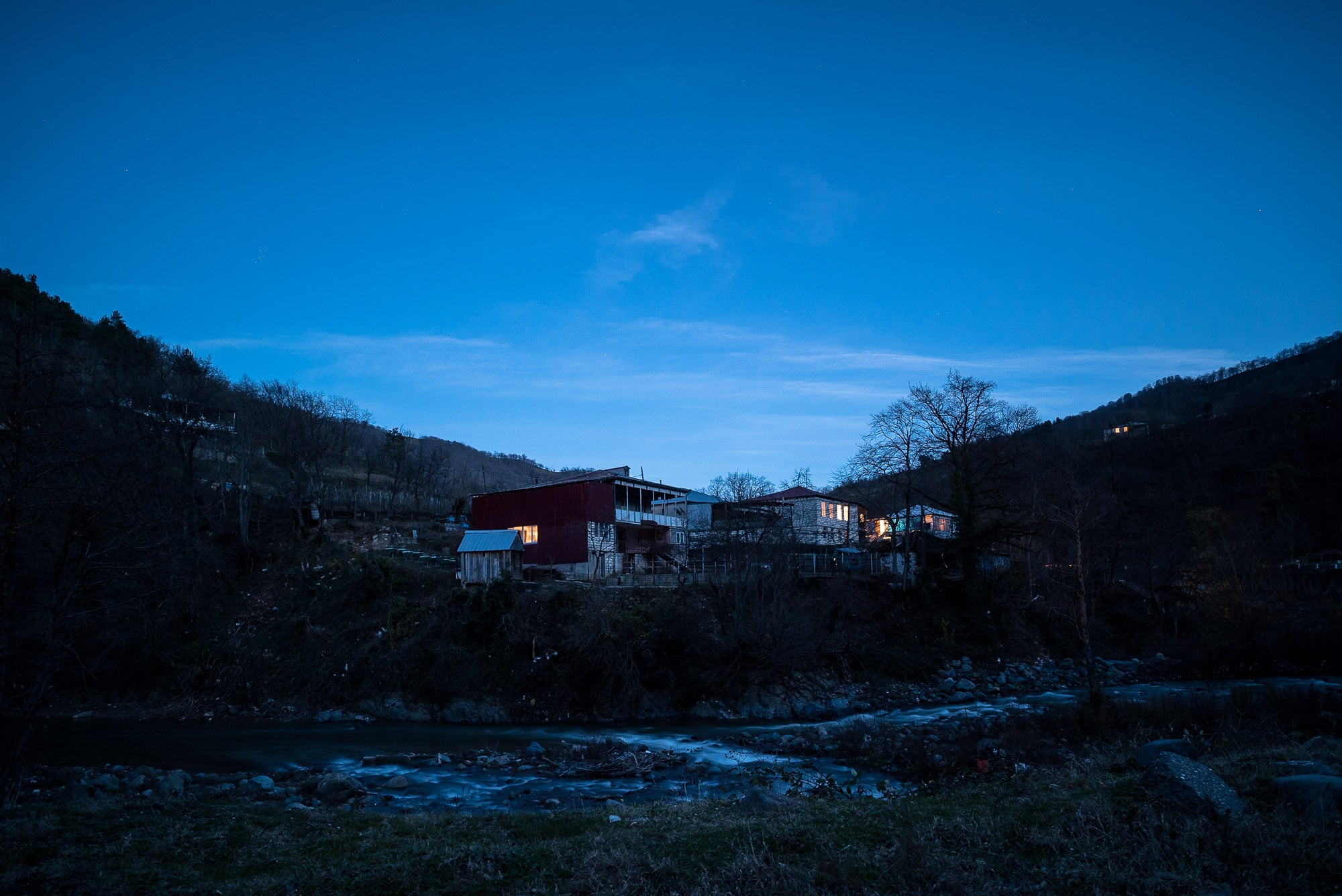 Then I got to a large restaurant: 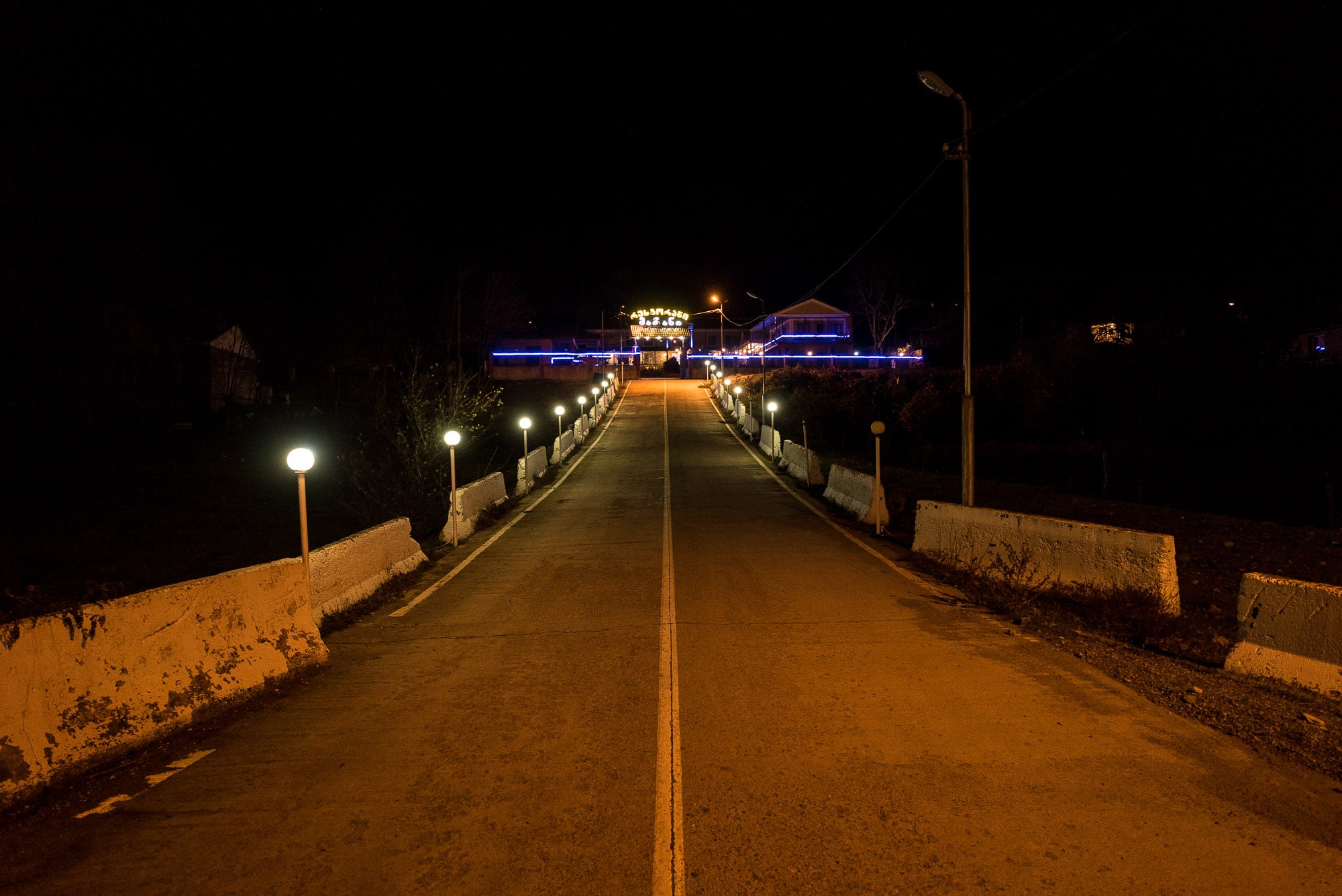 The people who worked there told me I could sleep outside of the main building in a pavilion. This sounded great to me, so I ordered some eggplant filled with a walnut paste: 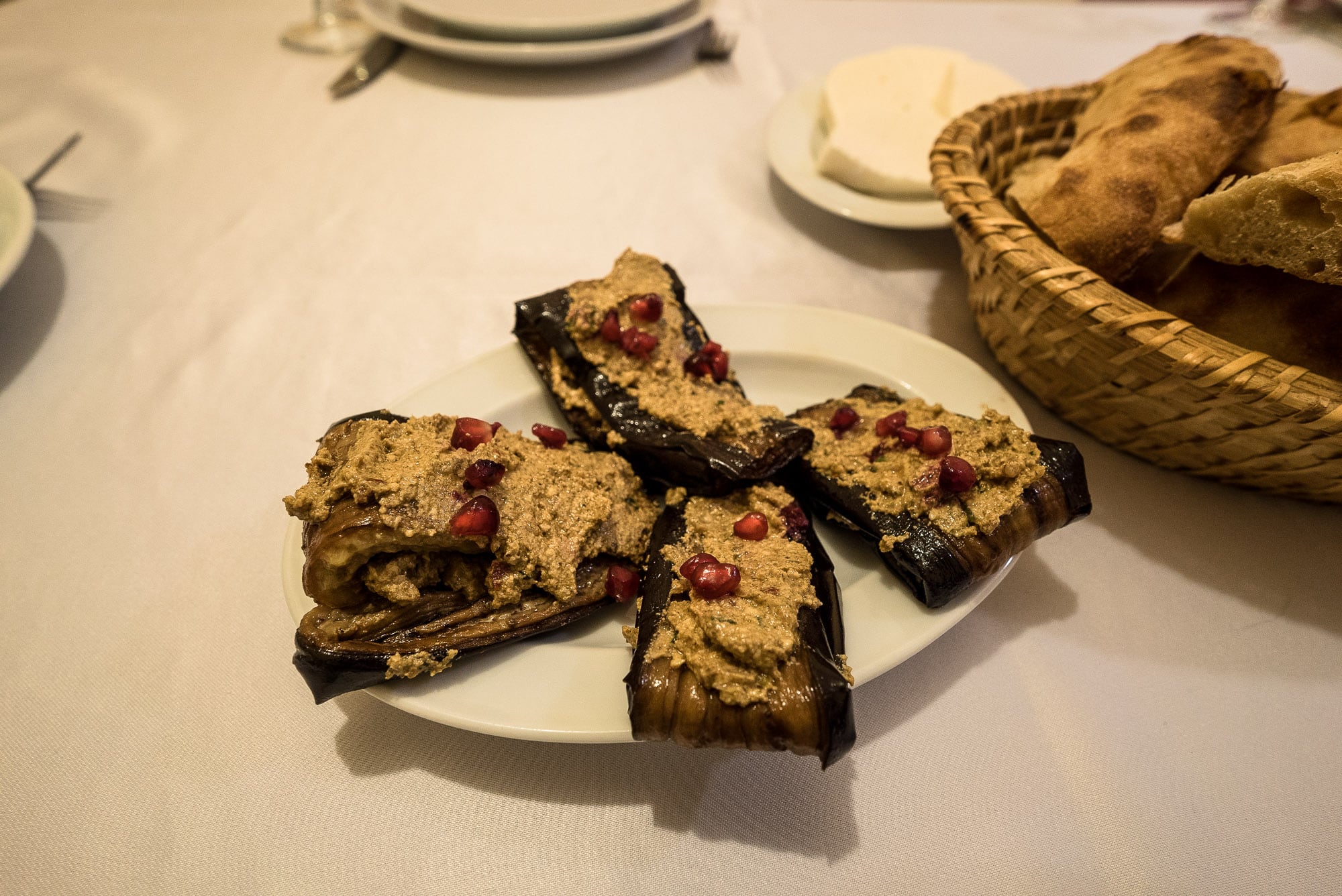 And a hearty stew: 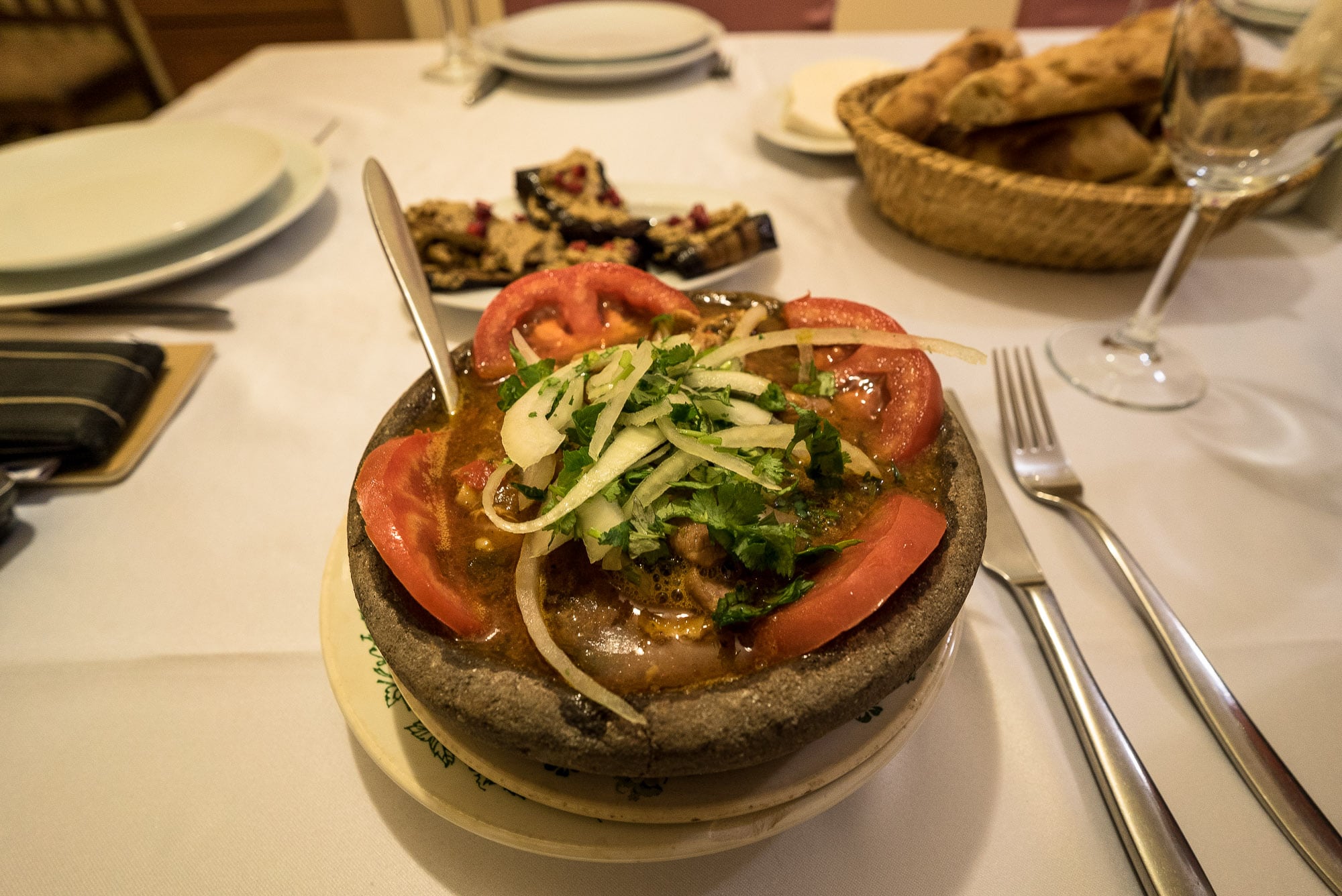 Then, when I had finished eating, the manager came and apologized to me. His boss, who was somewhere else entirely, had apparently seen the Caboose and me on his remote screen, and he had called in to tell the manager to make me go away.

Yes, we were being kicked off the premises.

And so I brushed the dust off my feet, like I do when I am not welcome, and then we left. I walked for a while, wondering what I was going to do, when I came to a little shop on the roadside. Gela worked there: 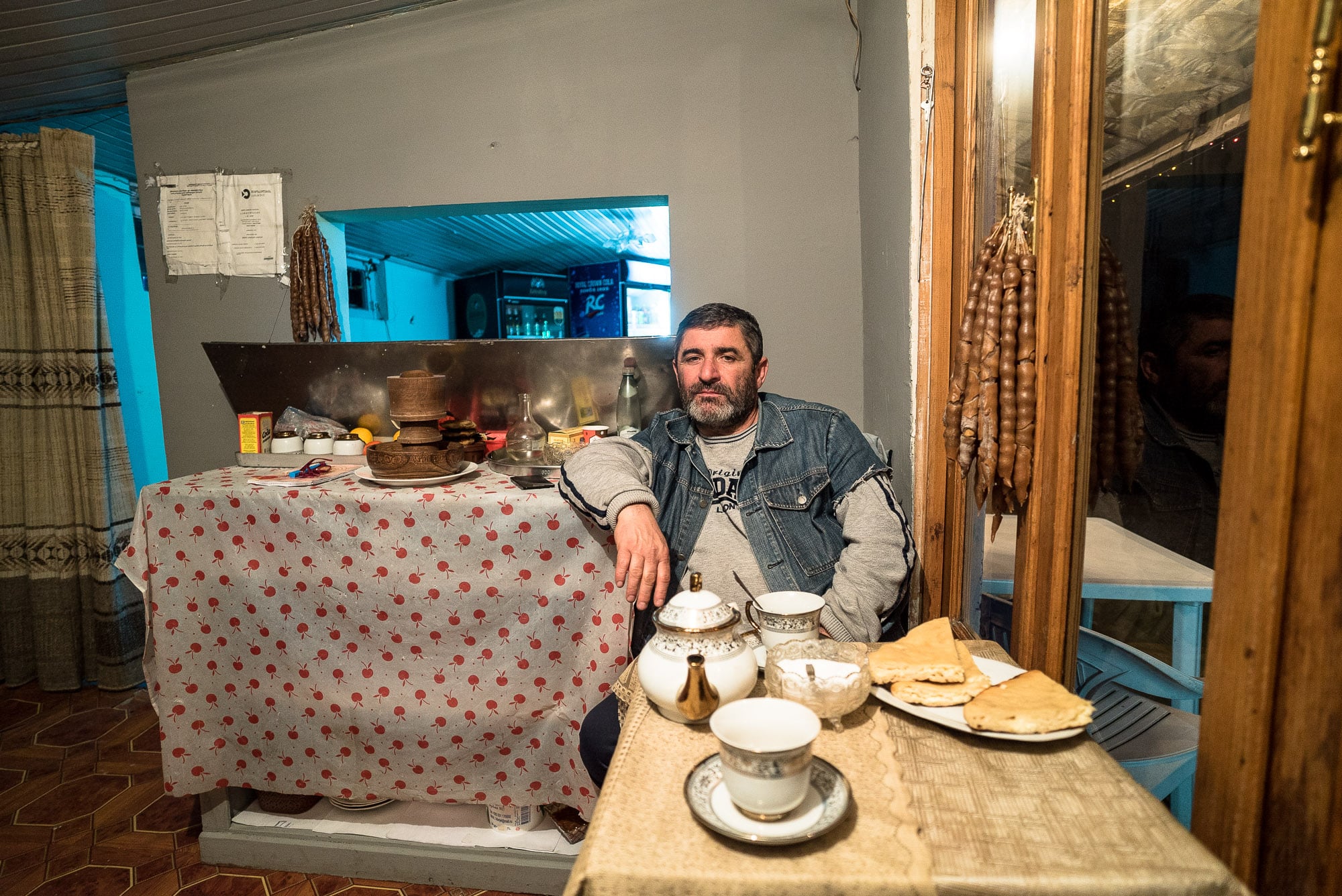 “Where are you going?” he asked me.

“And where will you sleep?” added his wife, Inga: 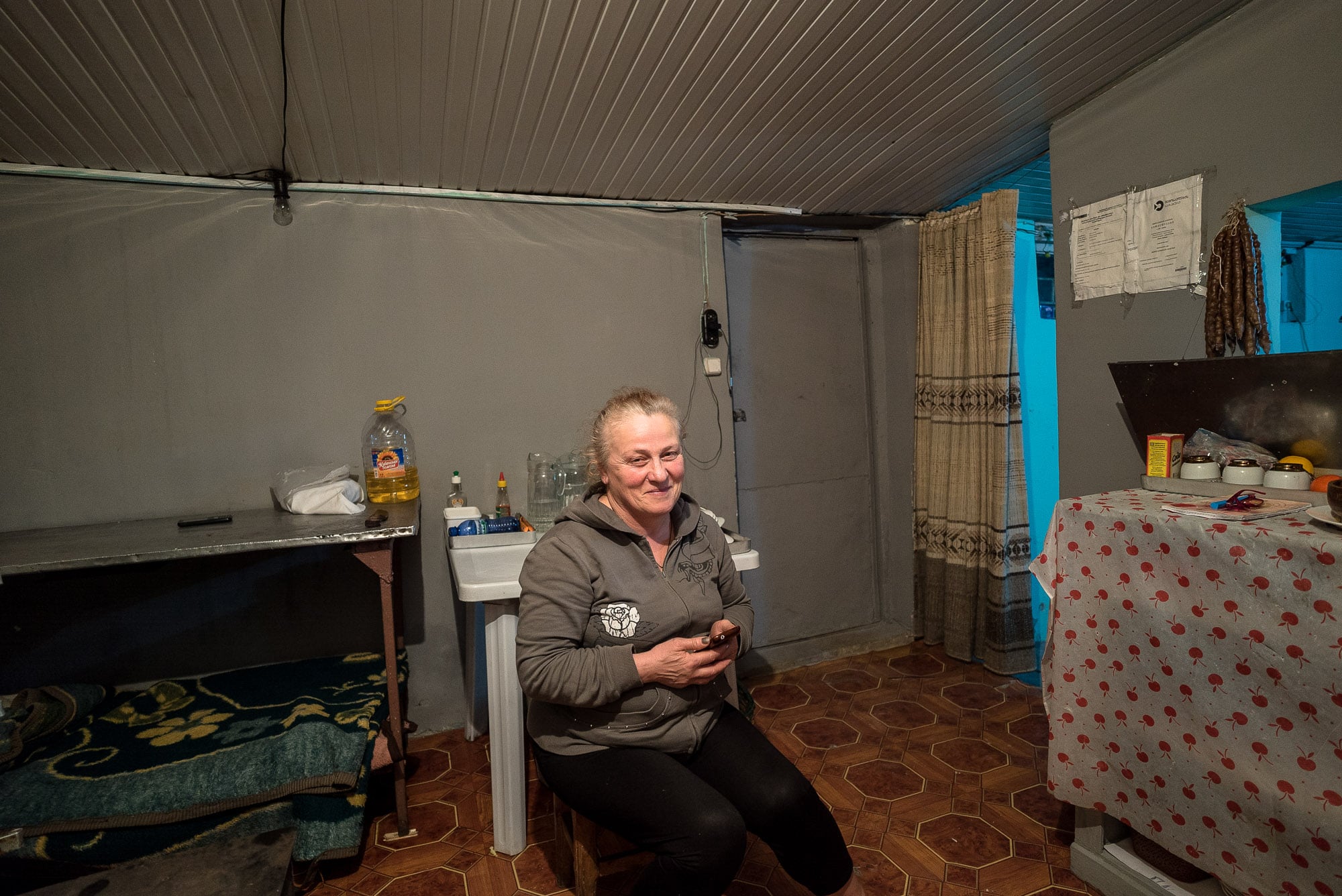 And then they told me to come in and spend the night in a room in the back. They were the kindest people. We sat for a while, having tea and talking, while the Caboose was waiting in front of my room, in the light of one naked lightbulb: 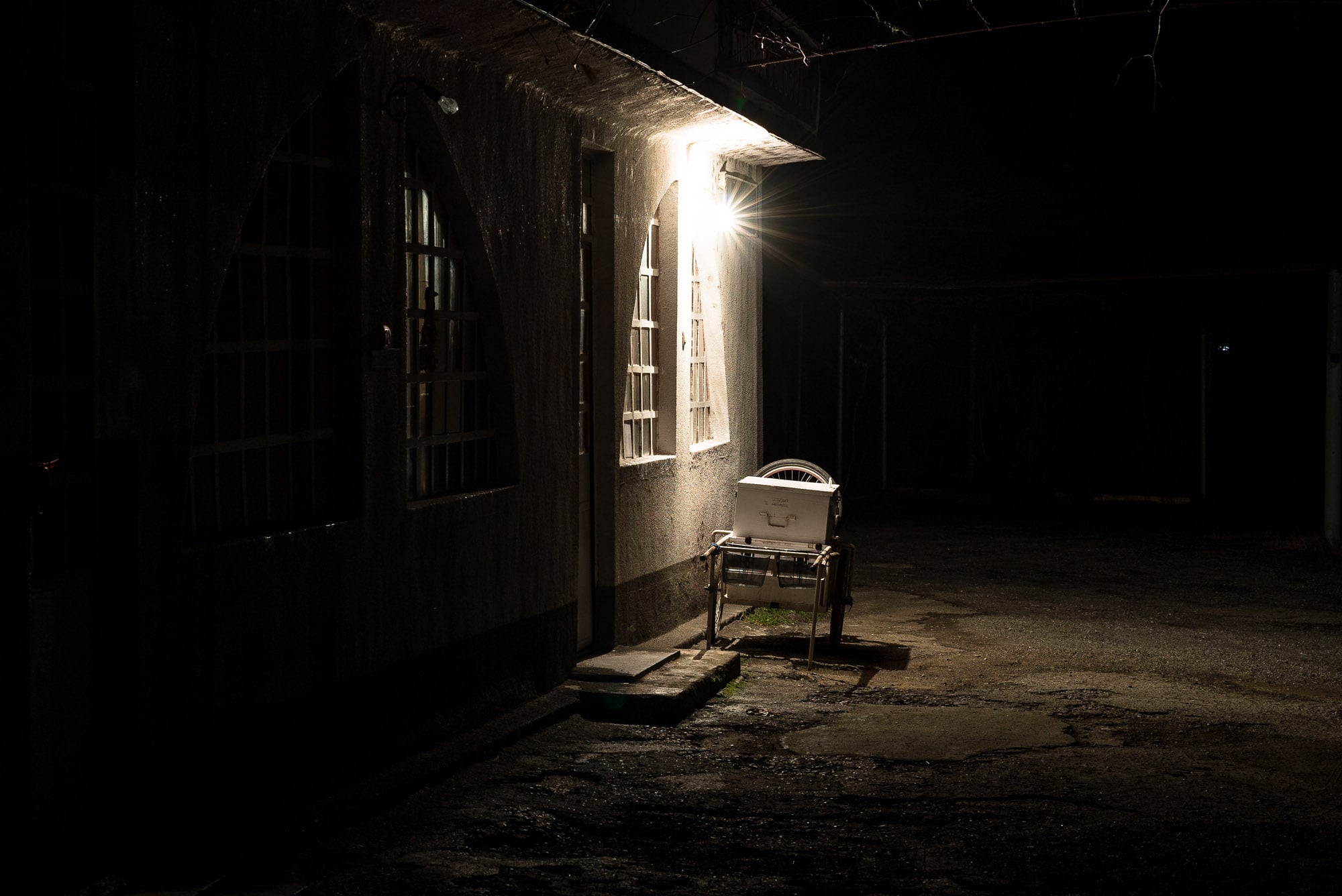 And I thought to myself that this was probably the way I would like to remember her one day.

Day 1320
from Surami to Vertkvichala