Zestafoni is a quiet little town in the west of Georgia. They say it’s a place where not much ever seems to happen. Today was different, though. Today, the circus came to Zestafoni: 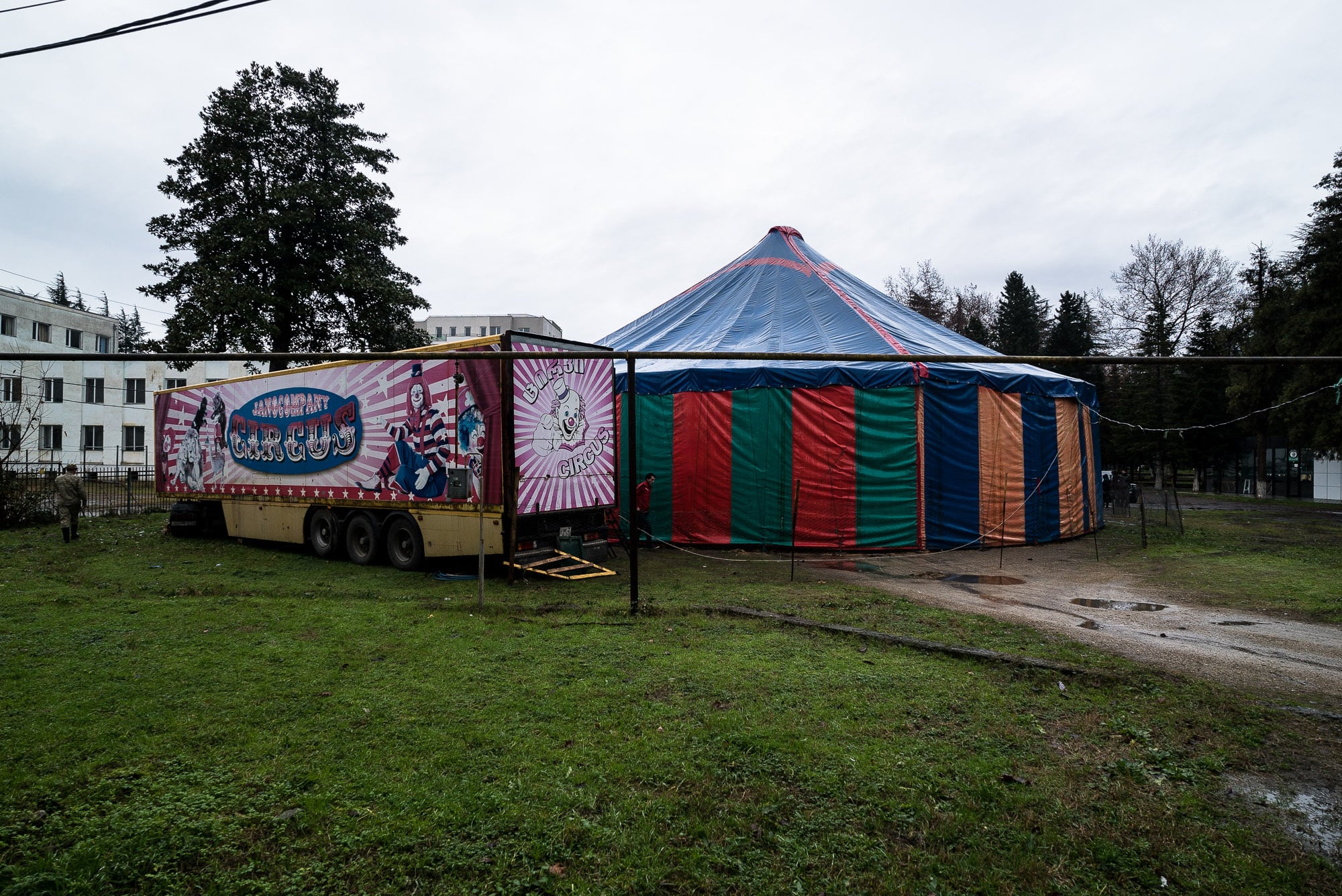 “Are you planning on going?” the people at the hotel had asked me. I had said no. I generally didn’t like the circus. Then I changed my mind and said I didn’t know if I wanted to go or not. And then I went over to buy a ticket: 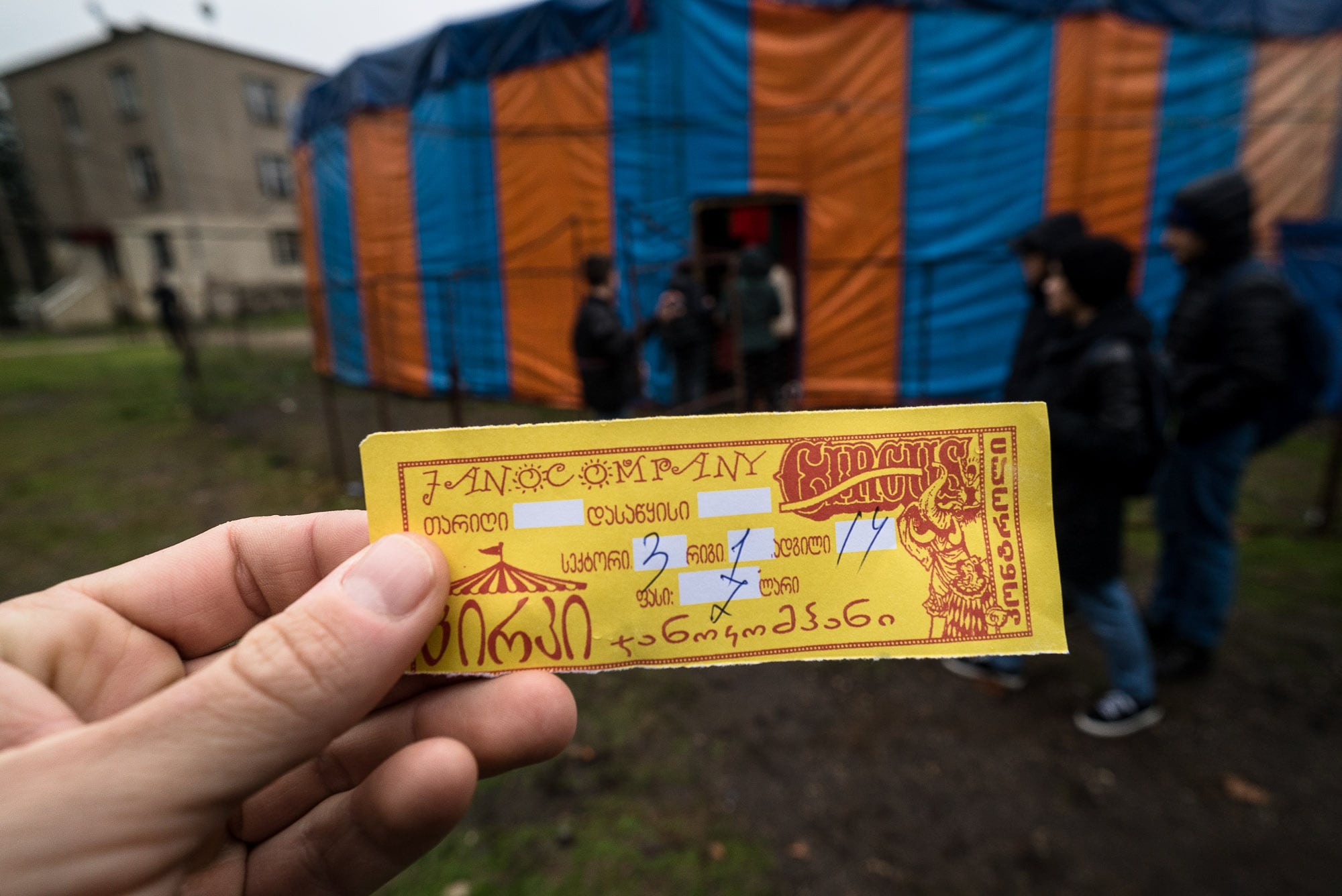 Inside of the tent, a bunch of children and a few adults were waiting for the show to begin: 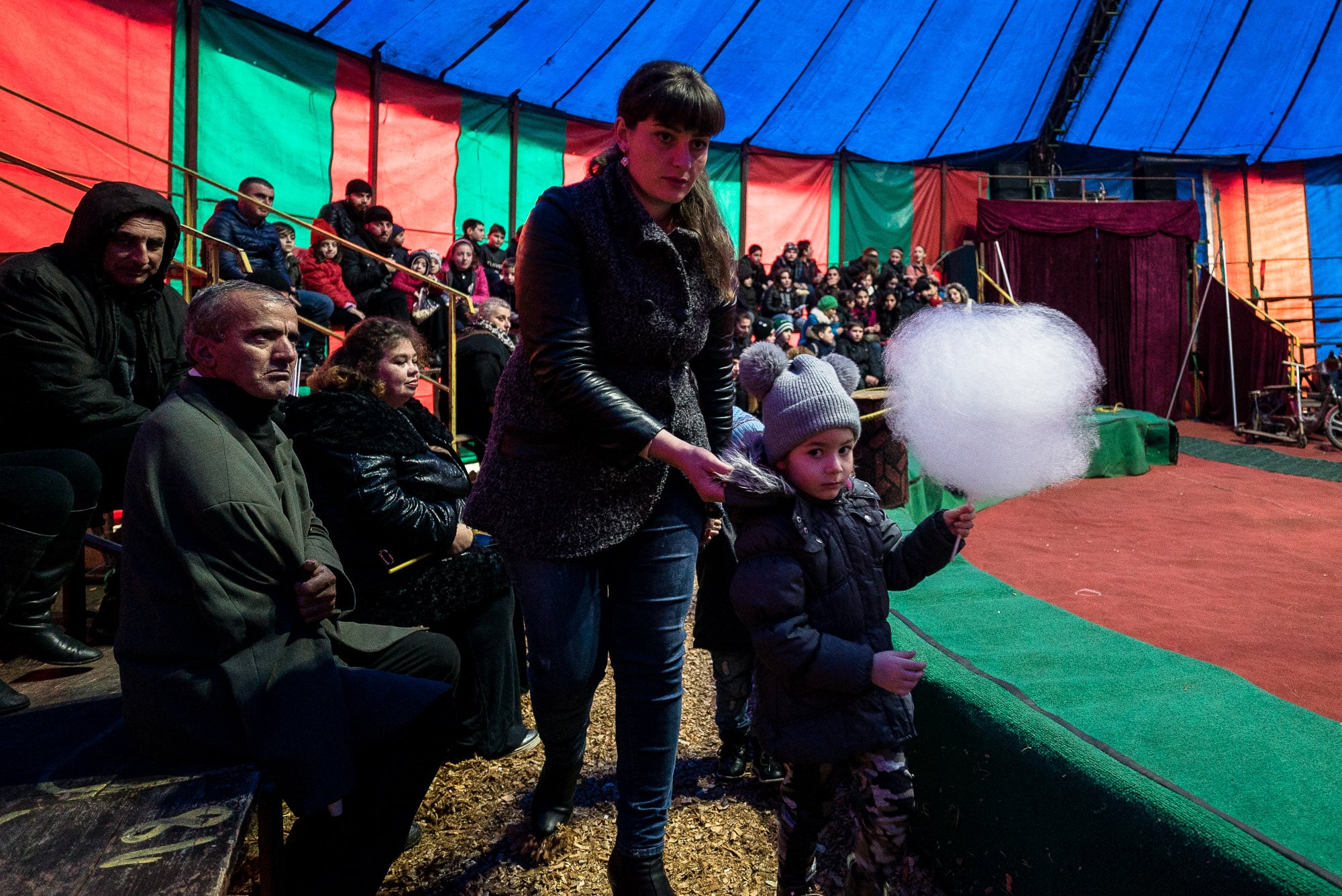 There were some adolescents: 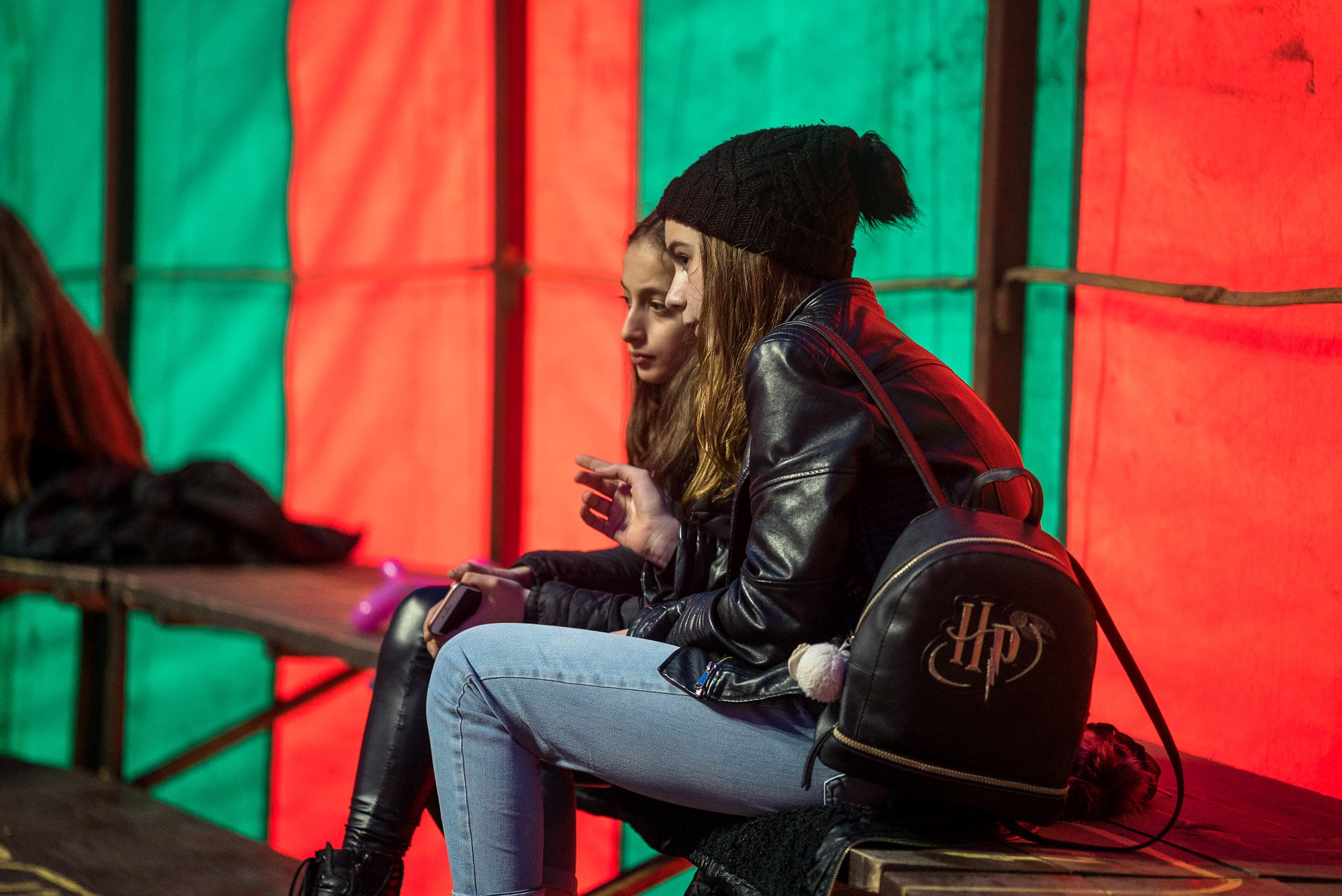 And there was the occasional grandmother: 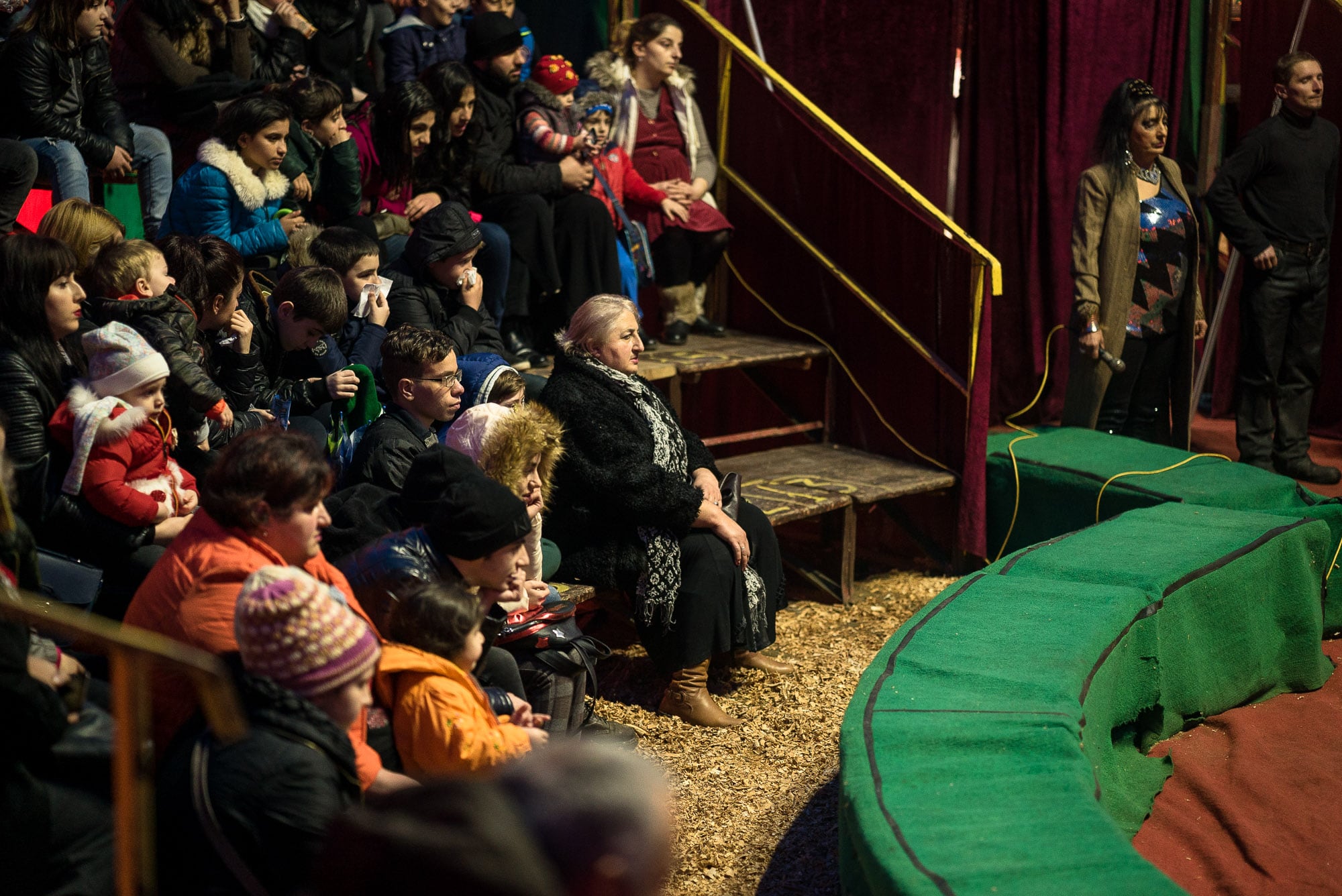 When the show started, I suddenly remembered the reason why I didn’t like the circus – it was because of the wild animal shows: 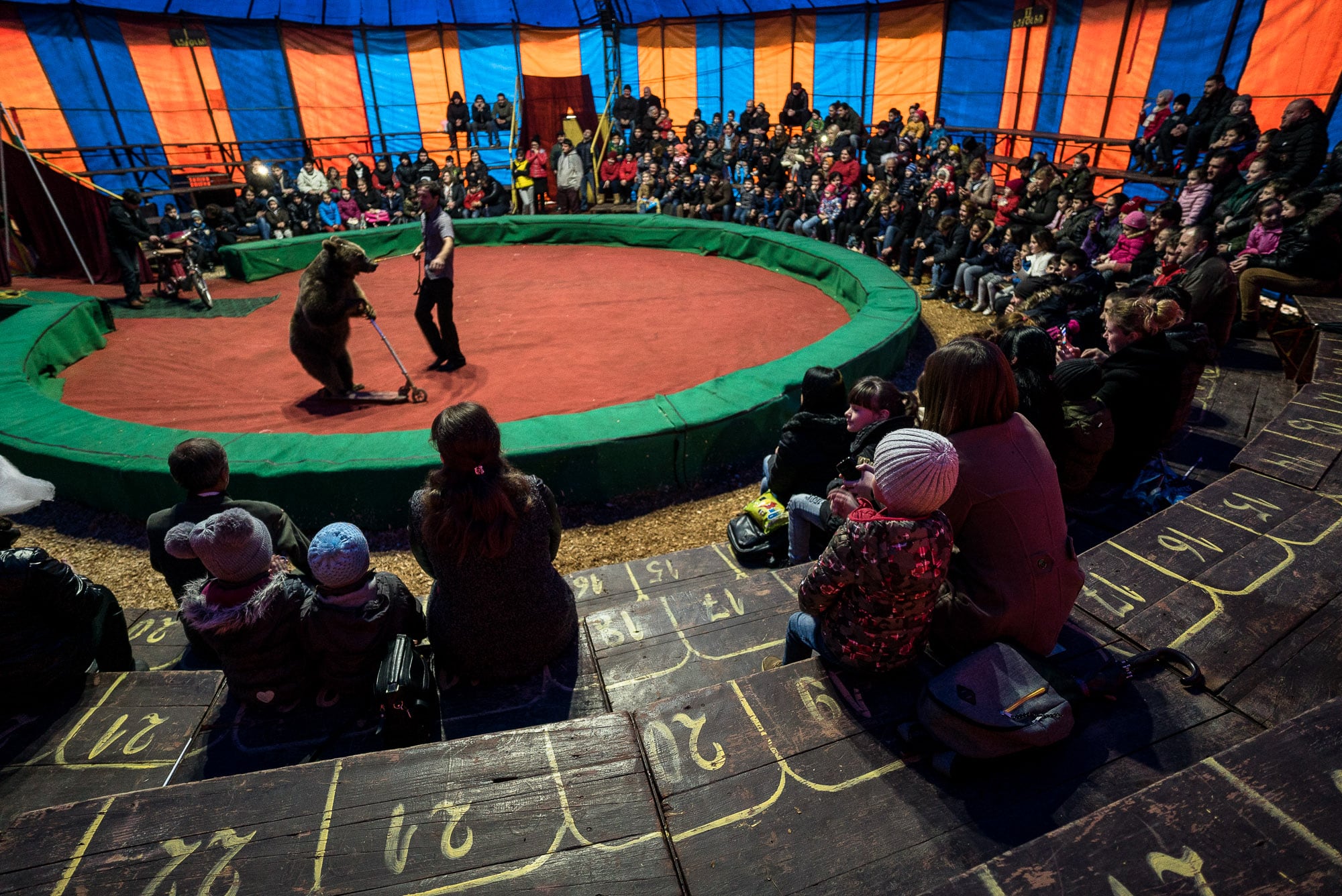 I didn’t appreciate them at all. I thought that, as a matter of principle, wild animals should not be caught and forced to perform tricks. It was bad: 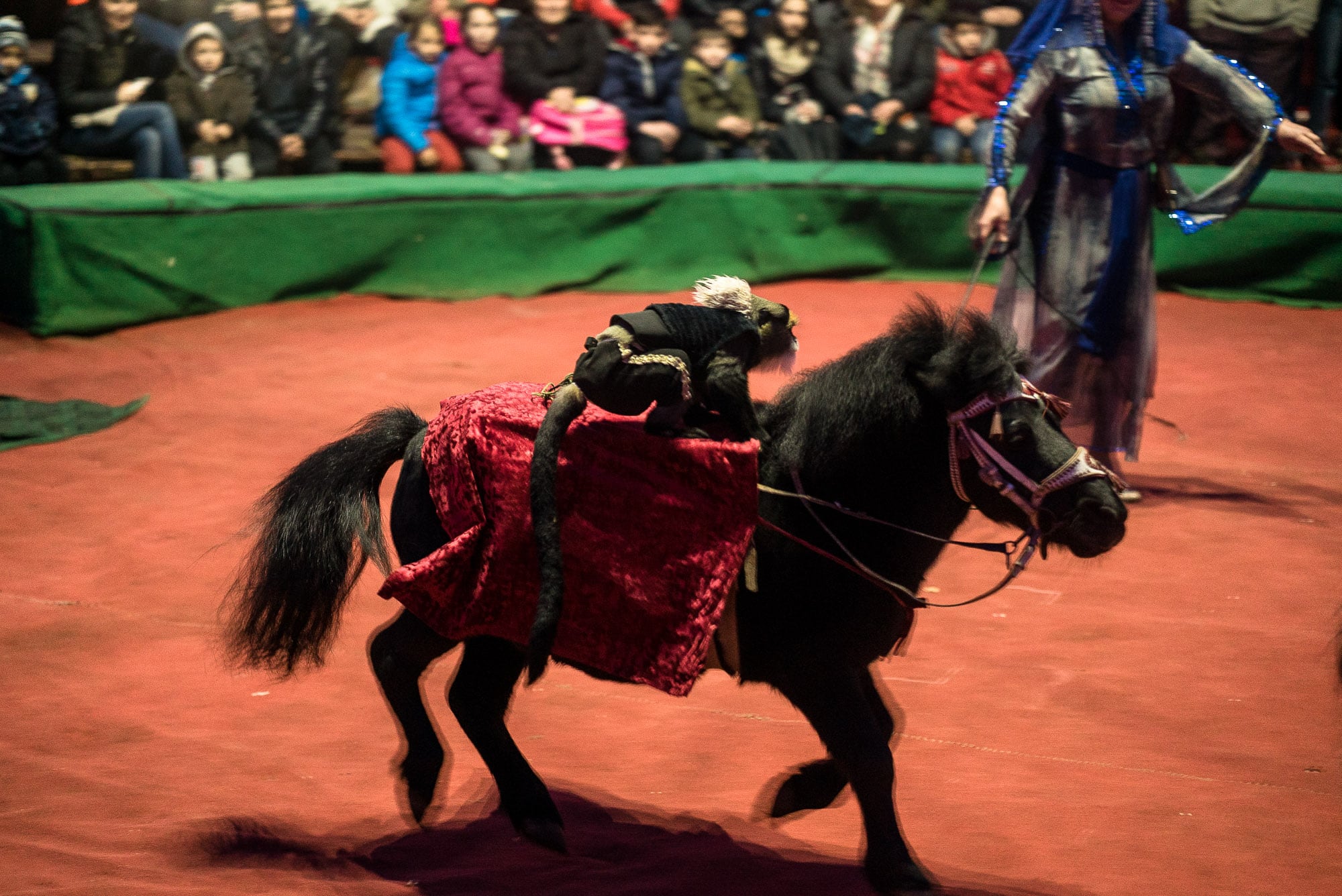 Then the dog show started, and it turned out to be surprisingly awesome – the dogs (domestic animals that actually seemed to enjoy living and performing with humans) were very undisciplined, and so the show was hilarious, whether intentionally or not: 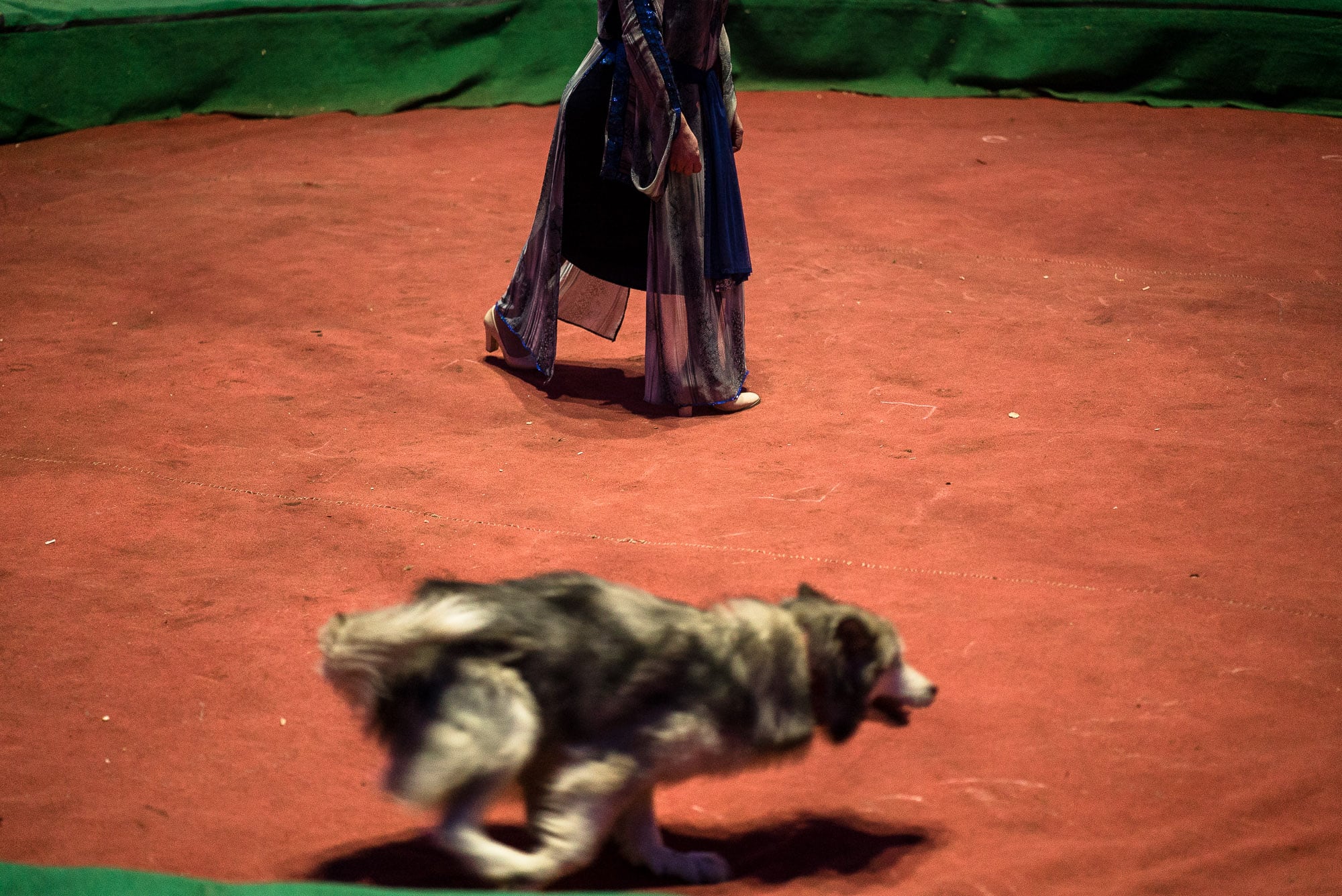 The children loved it, and their laughter shook the tent.

The acrobatics were good, too: 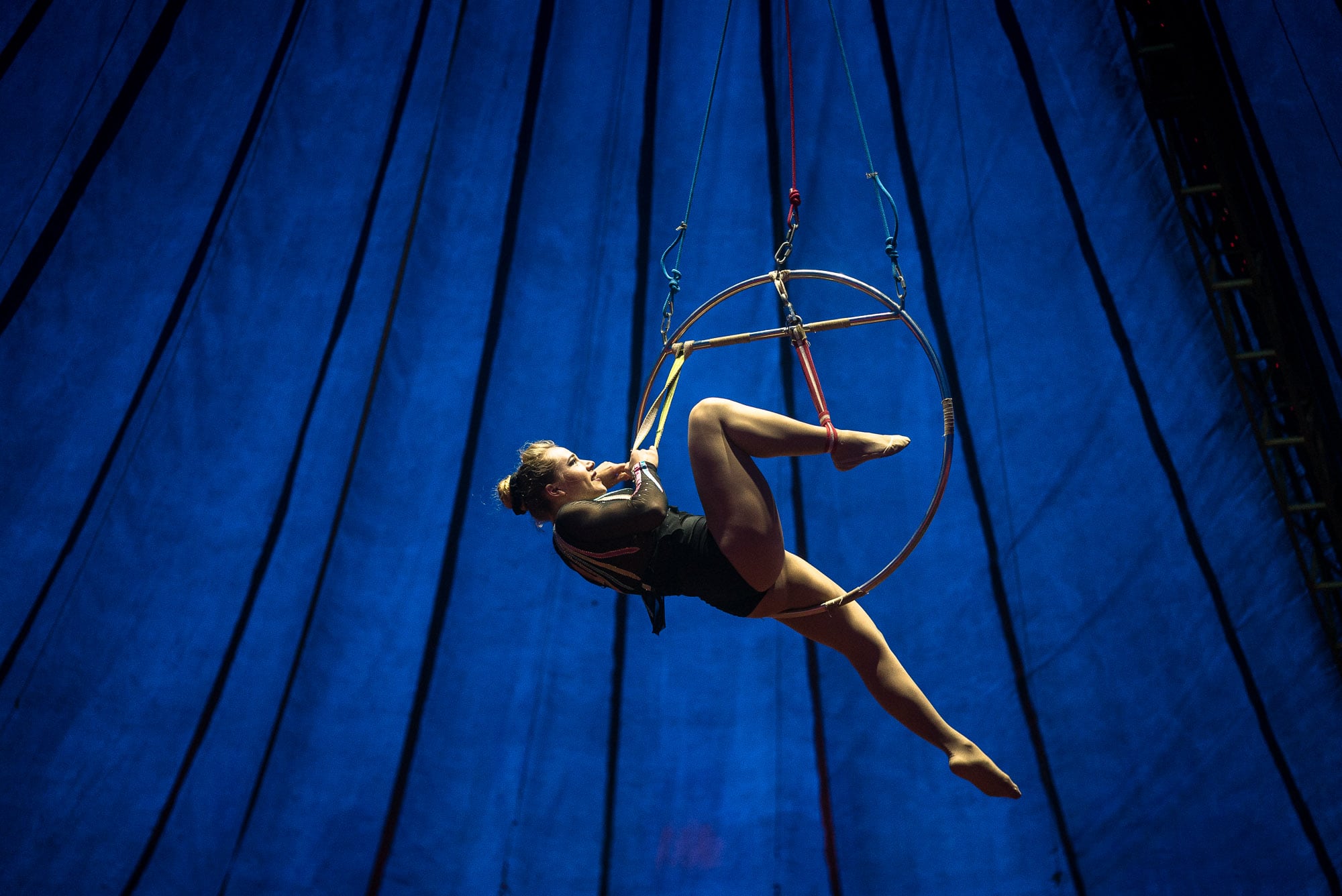 There was a young woman who had impressive skills with hoola hoops: 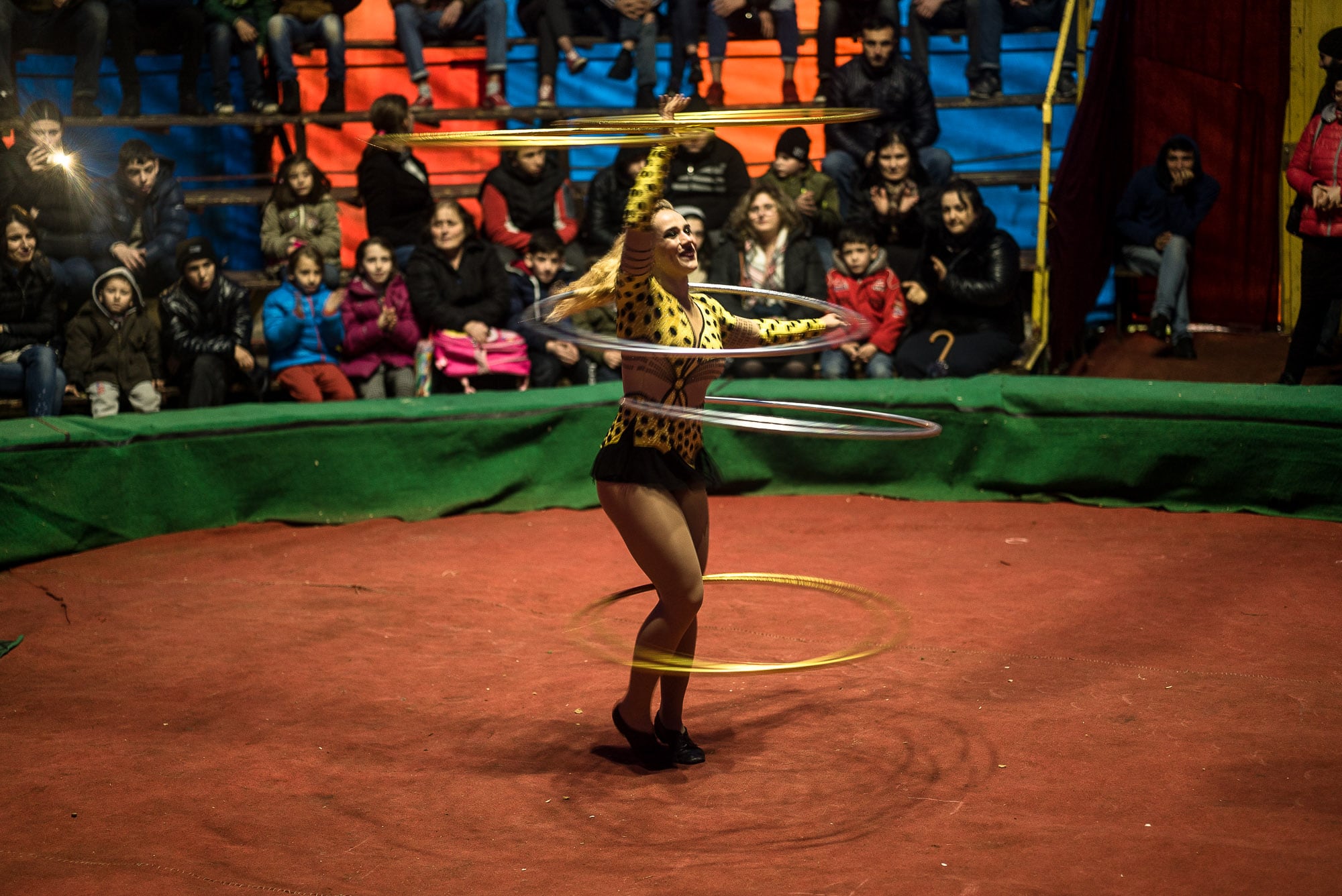 And some of the tricks they performed evoked gasps of excitement from the audience: 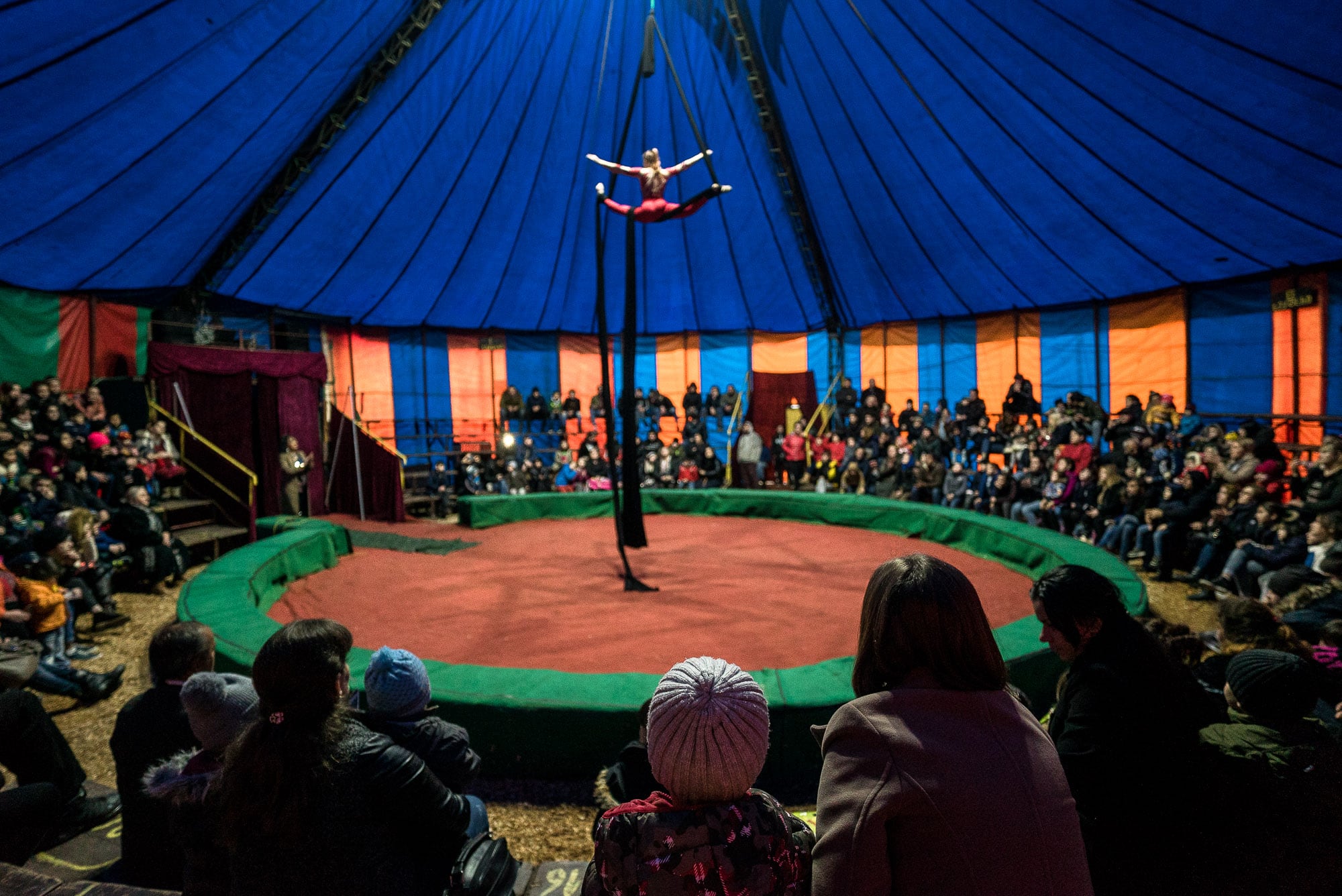 We, the audience of Zestafoni, the quiet little town in the west of Georgia, particularly liked to watch some of the more daring performances that took place high up in the tent: 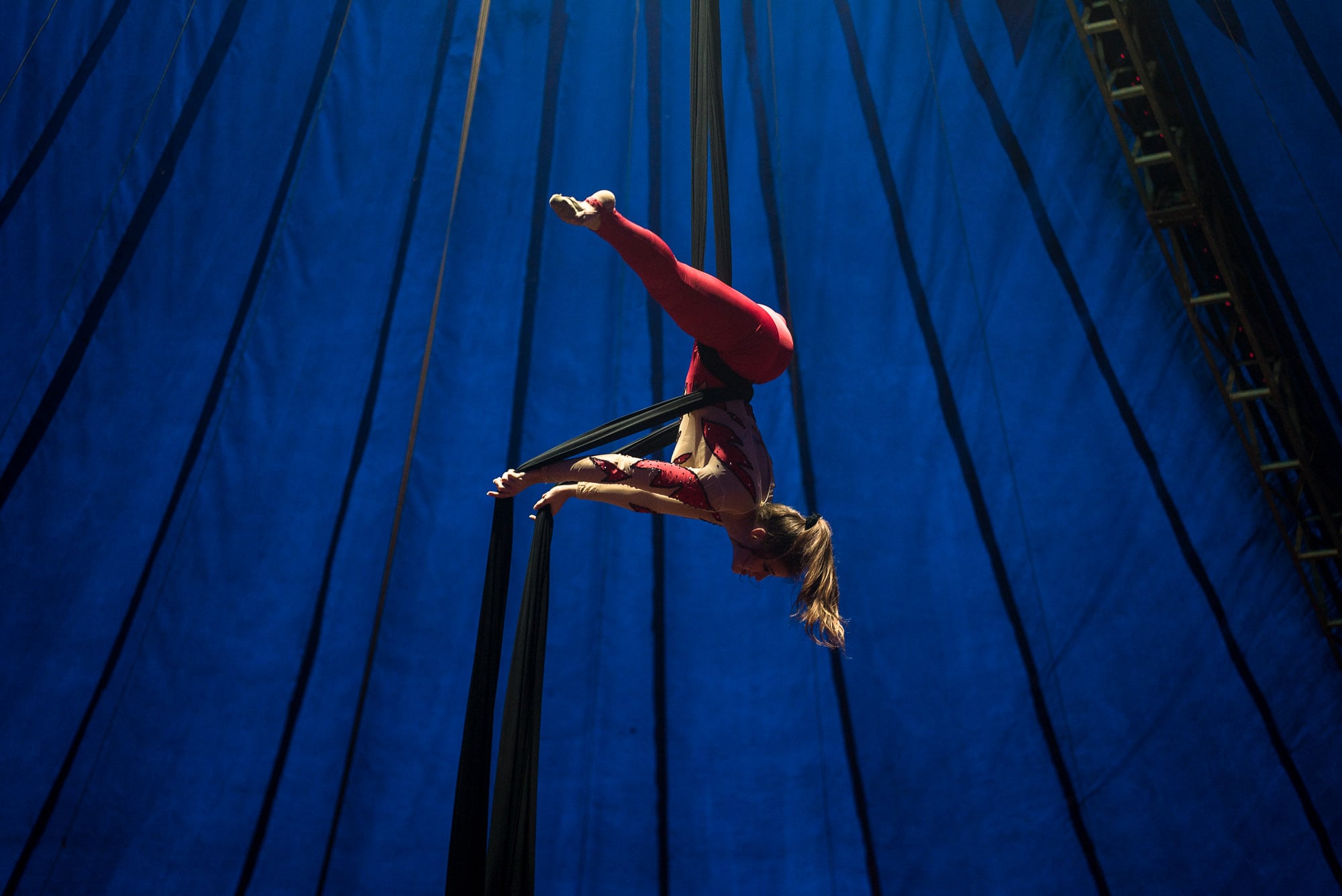 The circus had a clown, too: 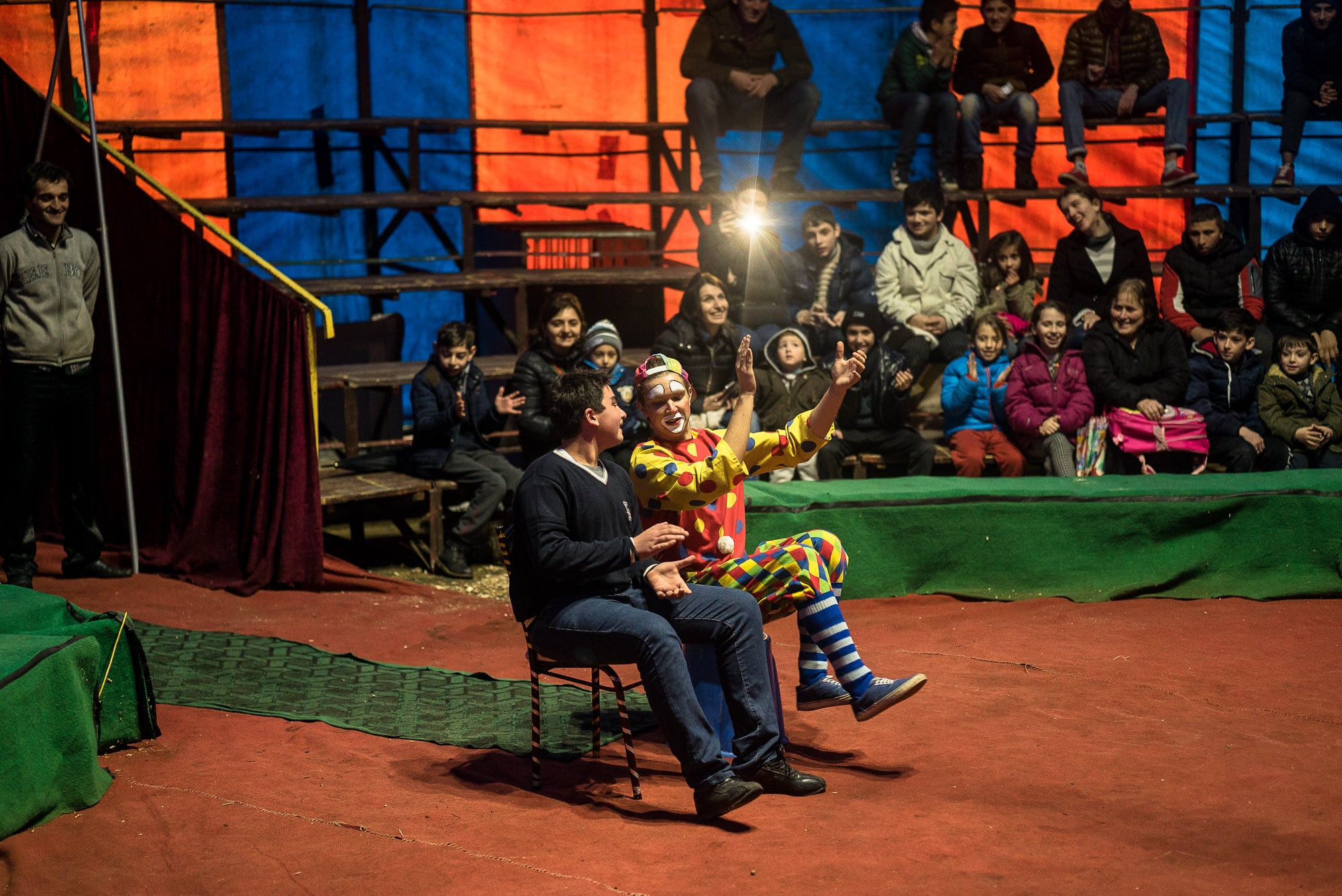 And here’s the thing – I hate clowns. I find them either cheesy or creepy or just outright terrifying. Patch Adams can go away and never come back if you ask me. Red noses have never been funny.

HOWEVER, this circus had a clown who didn’t have a red nose. He was a young man who also performed as an acrobat in some of the other parts of the show, and he was neither cheesy nor creepy or scary. He was an unhatable clown.

At some point, he started tossing big inflatable balls into the audience, and the children loved the hell out of it: 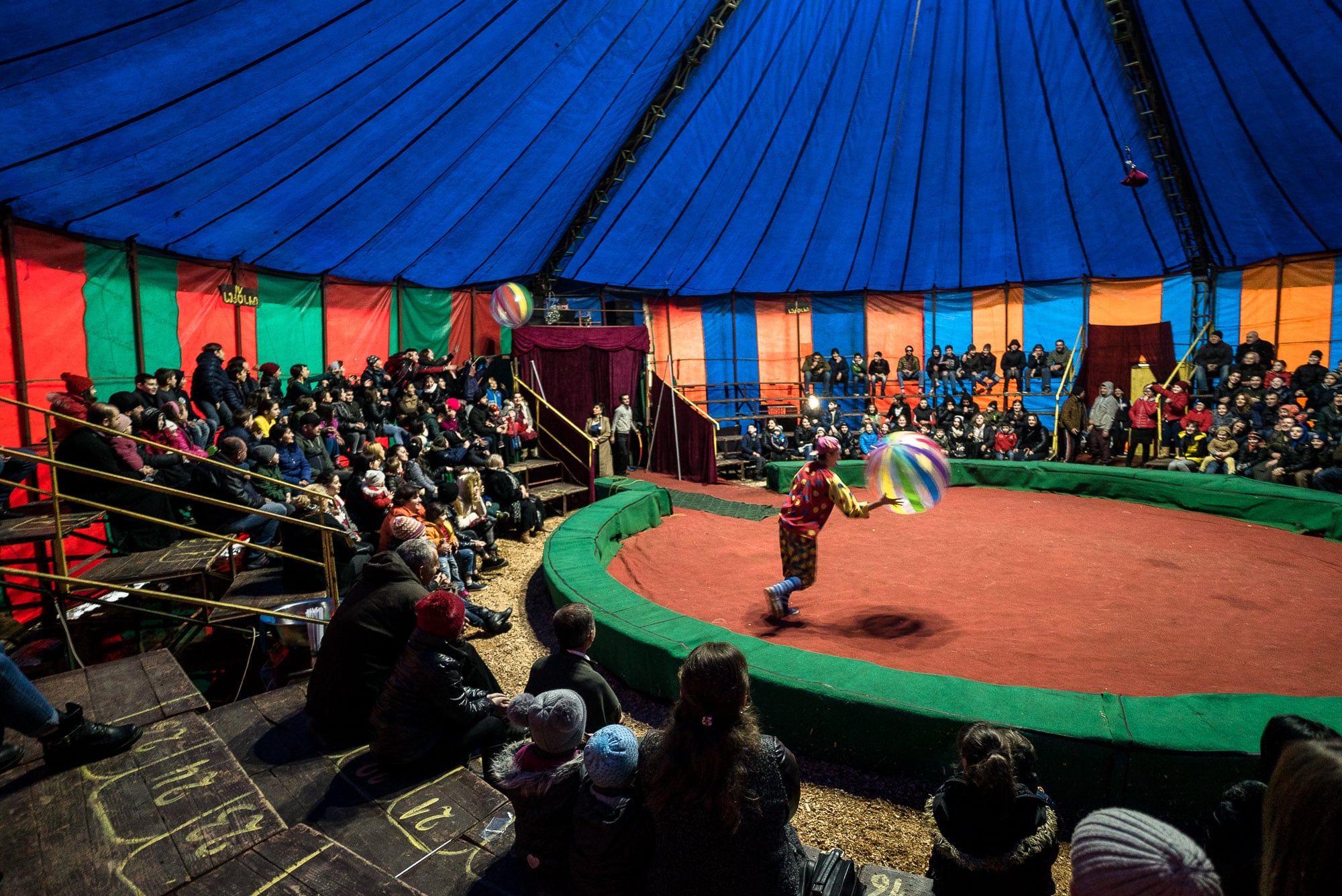 Oh, and they called me into the arena to perform a bit with the clown and three little kids, which was as awesome as it was embarrassing: 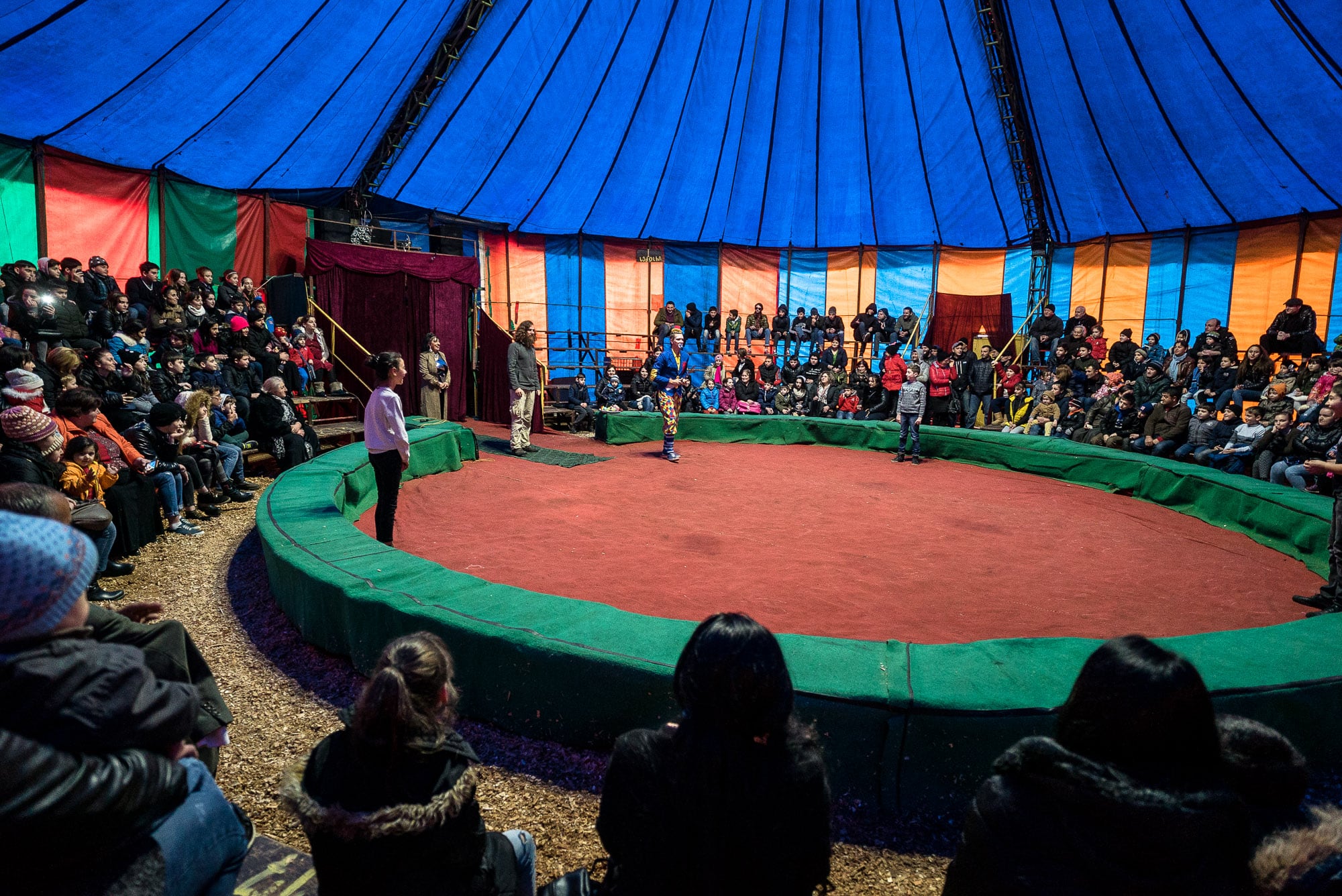 The whole show lasted about one and a half hours, and when it was over, I had changed my mind about the circus. I still didn’t approve of the wild animal shows, but the rest was just great, if only because the little kids seemed to enjoy it so much.

I stayed and watched some of the parents take photos of their children: 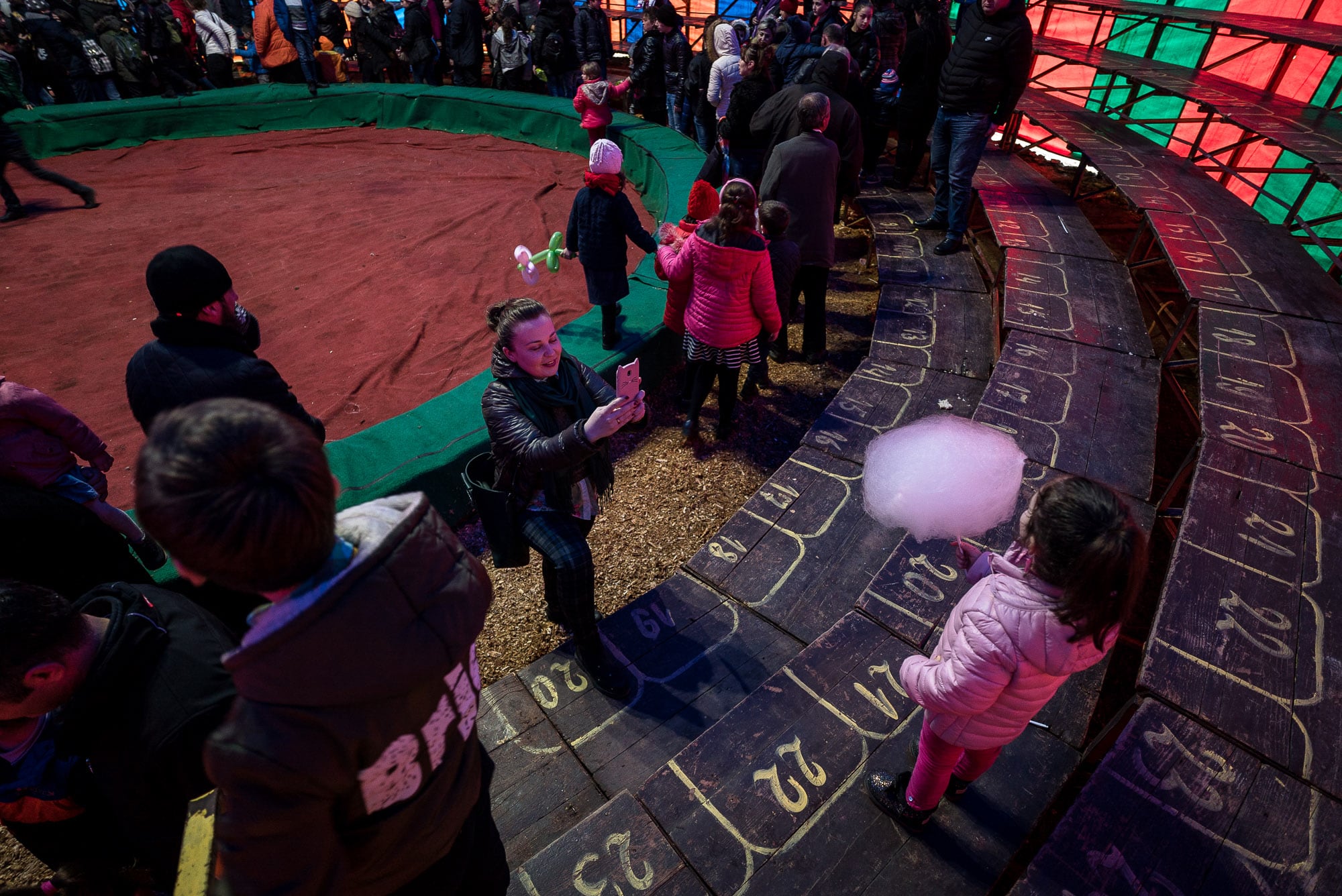 And then I stayed a bit longer, until the tent had completely emptied out and only the cotton candy man was still there: 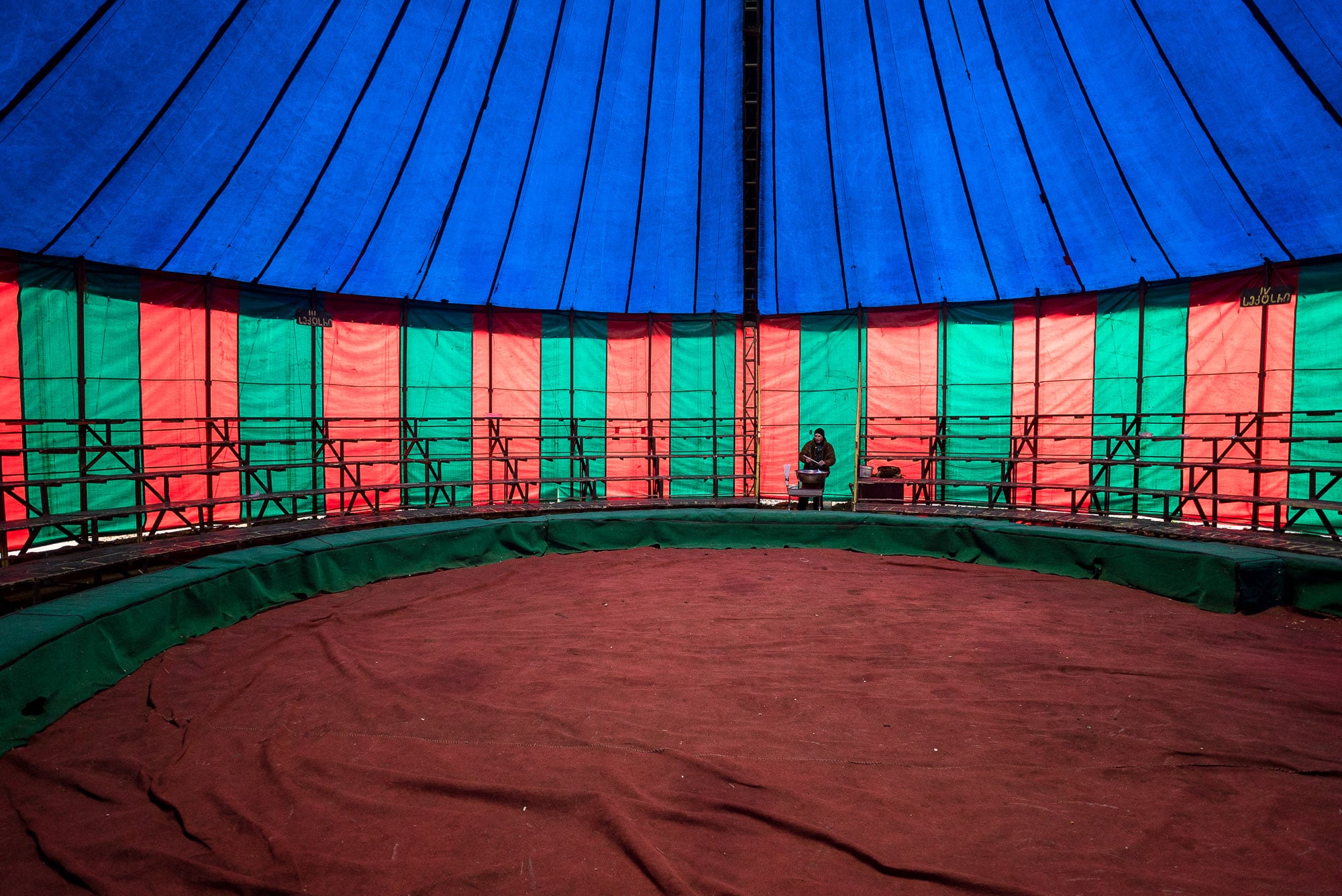 Then I left, too, while the circus started getting ready for its next show: 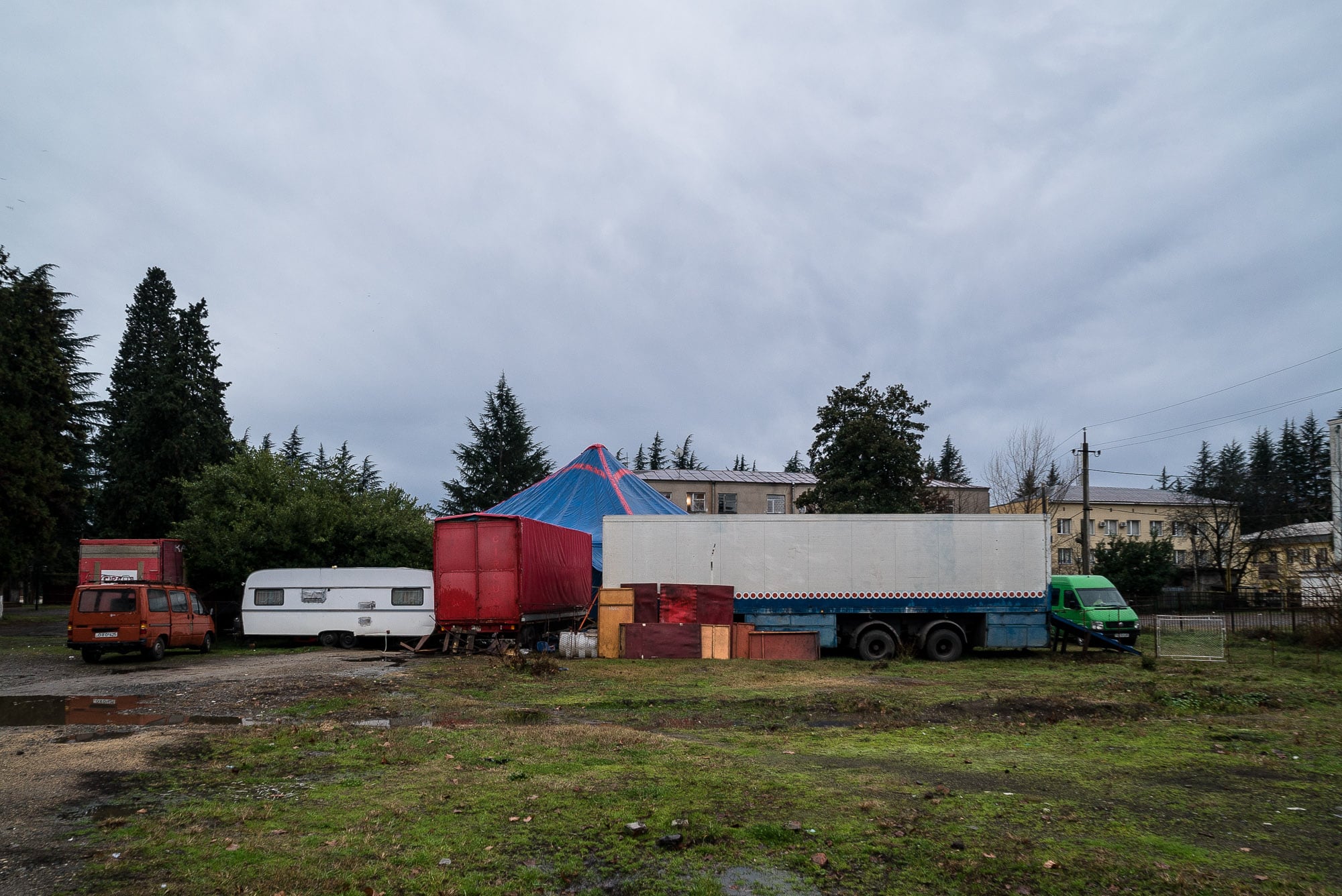 It was a Ukrainian circus, and it was going to stay in Zestafoni for a few days.