Gori is so small that you really can’t walk around without passing Stalin every once in a while: 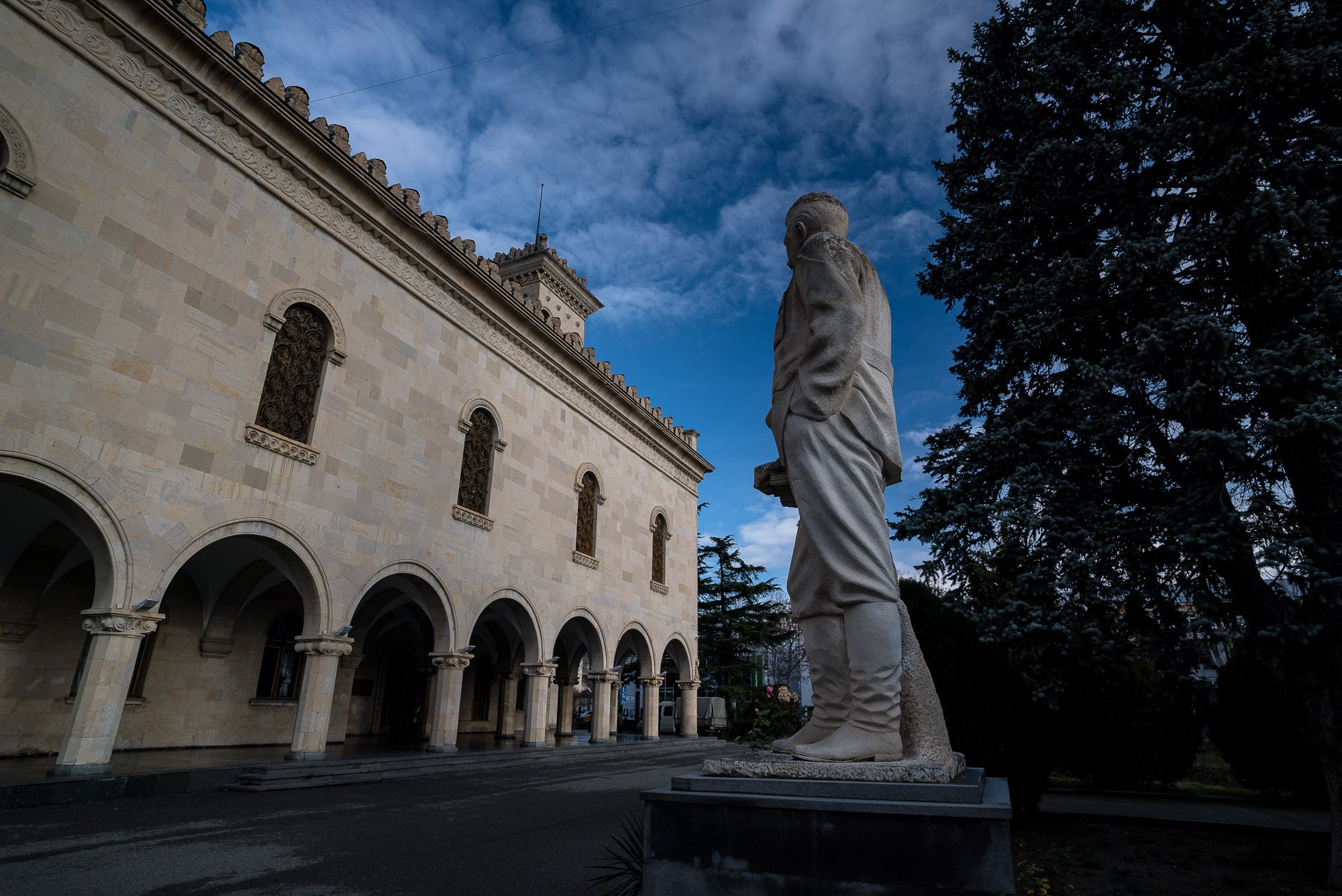 So today I walked past him, and I went through a few back alleys with some weird graffiti: 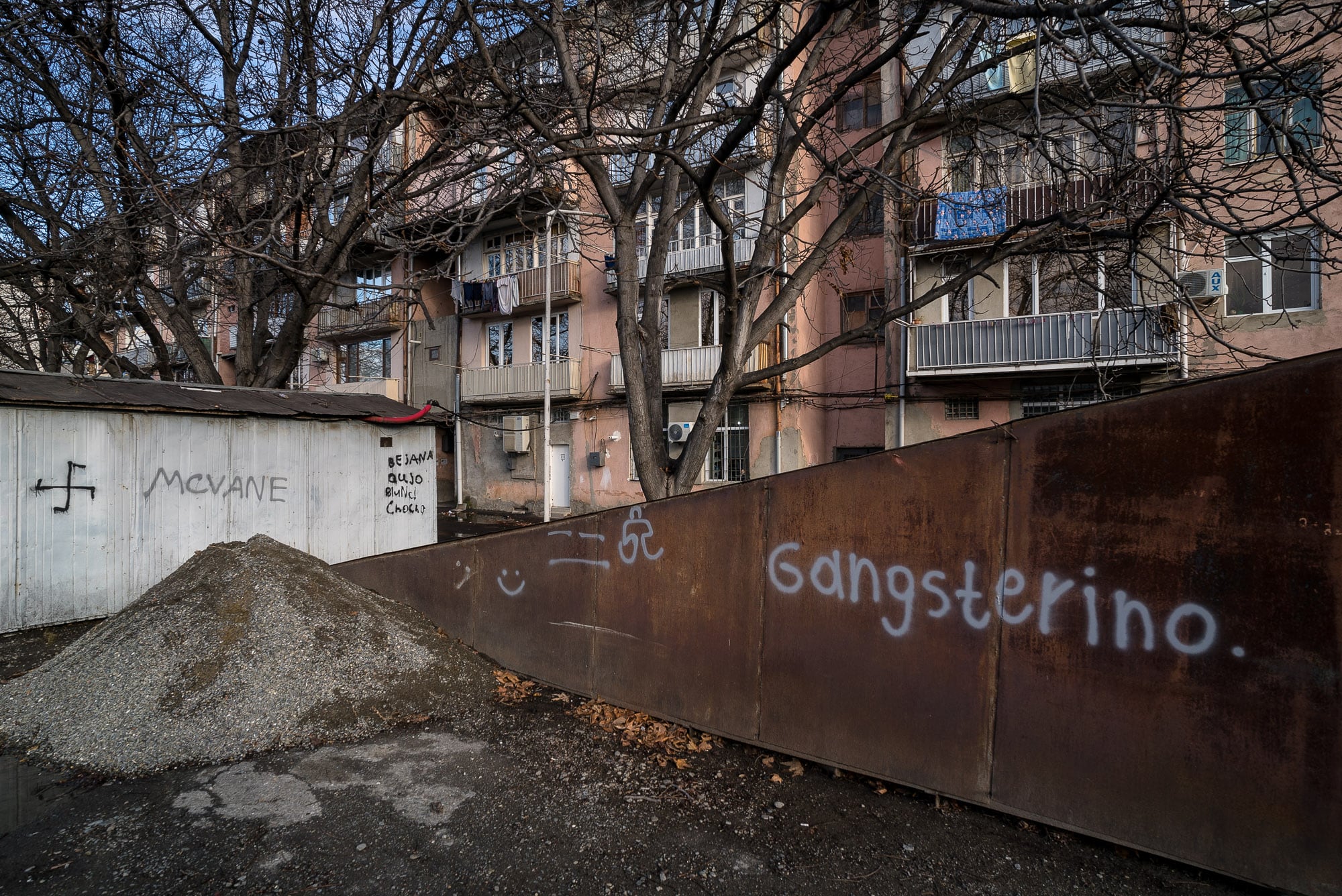 And then I reached the fortress: 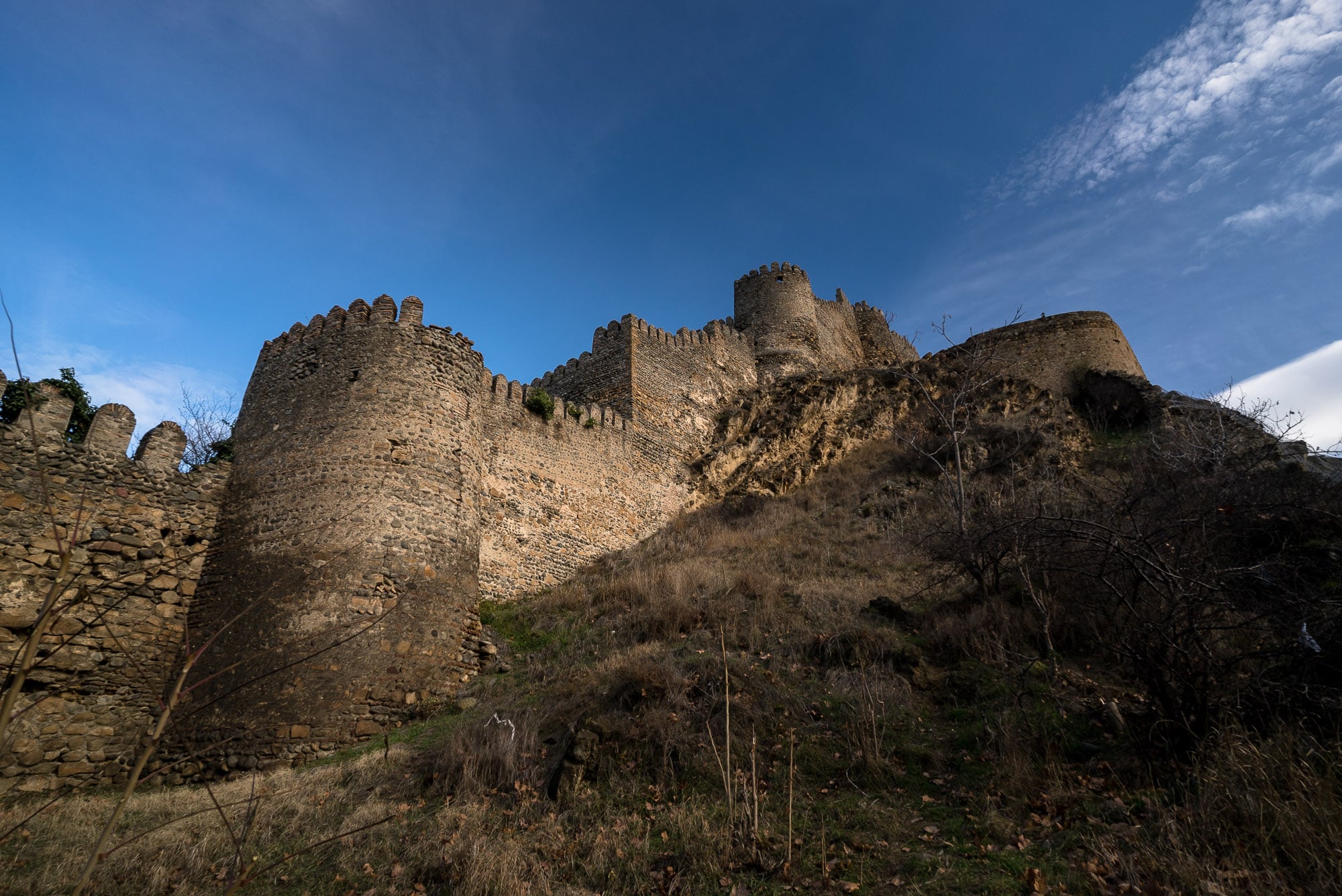 It was on a hill in the center of the town, and when I got close it became quite clear that it lay in ruins, just like Narikala Castle in Tbilisi: 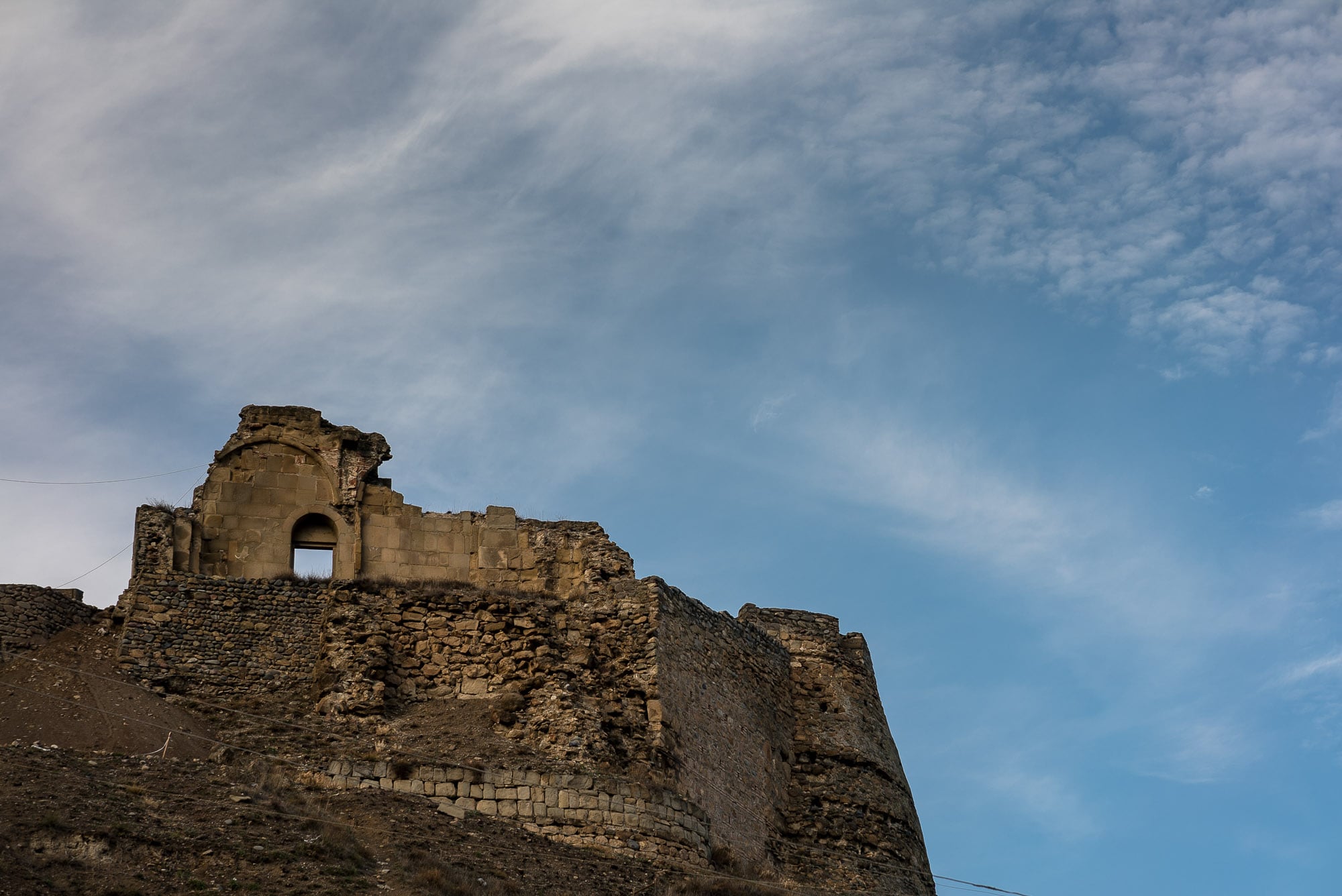 As was to be expected, the only thing left were the walls: 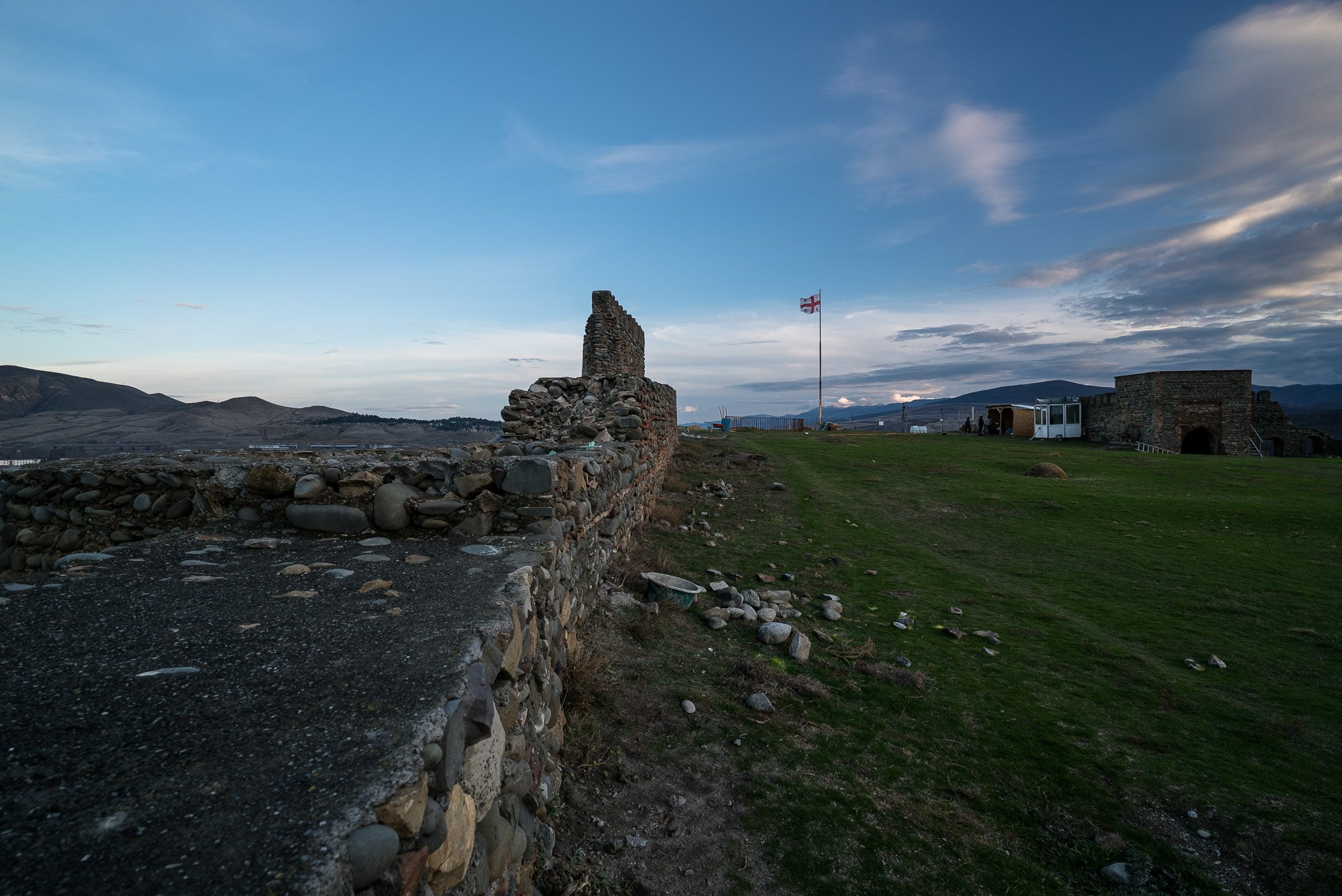 The view was pretty awesome, though: 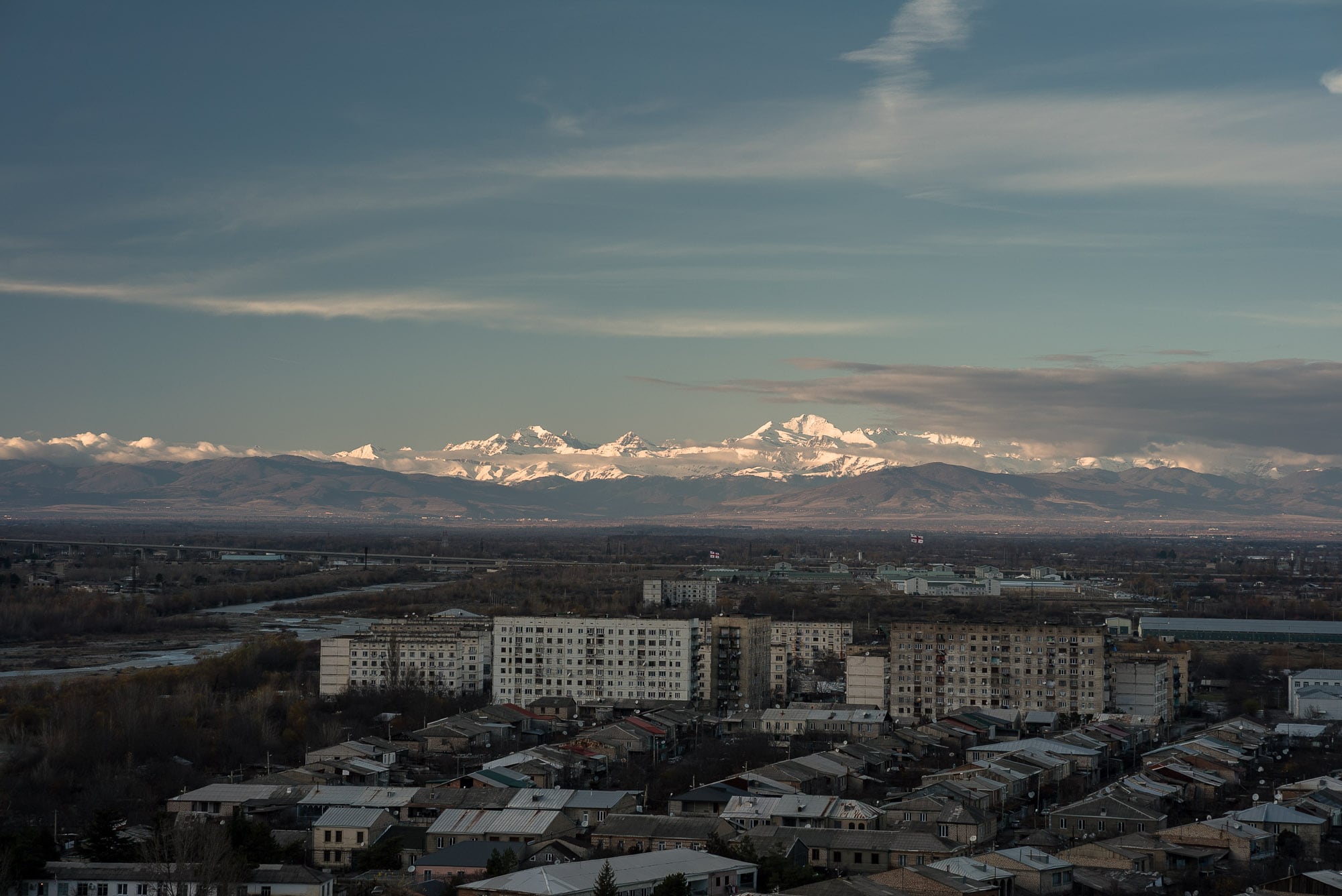 On my way back down I passed this tree that looked – upon first glance – as if a bunch of rubbish had been caught in its twigs. They were ribbons, though, good luck charms just like the ones I had seen in Iran a few months before: 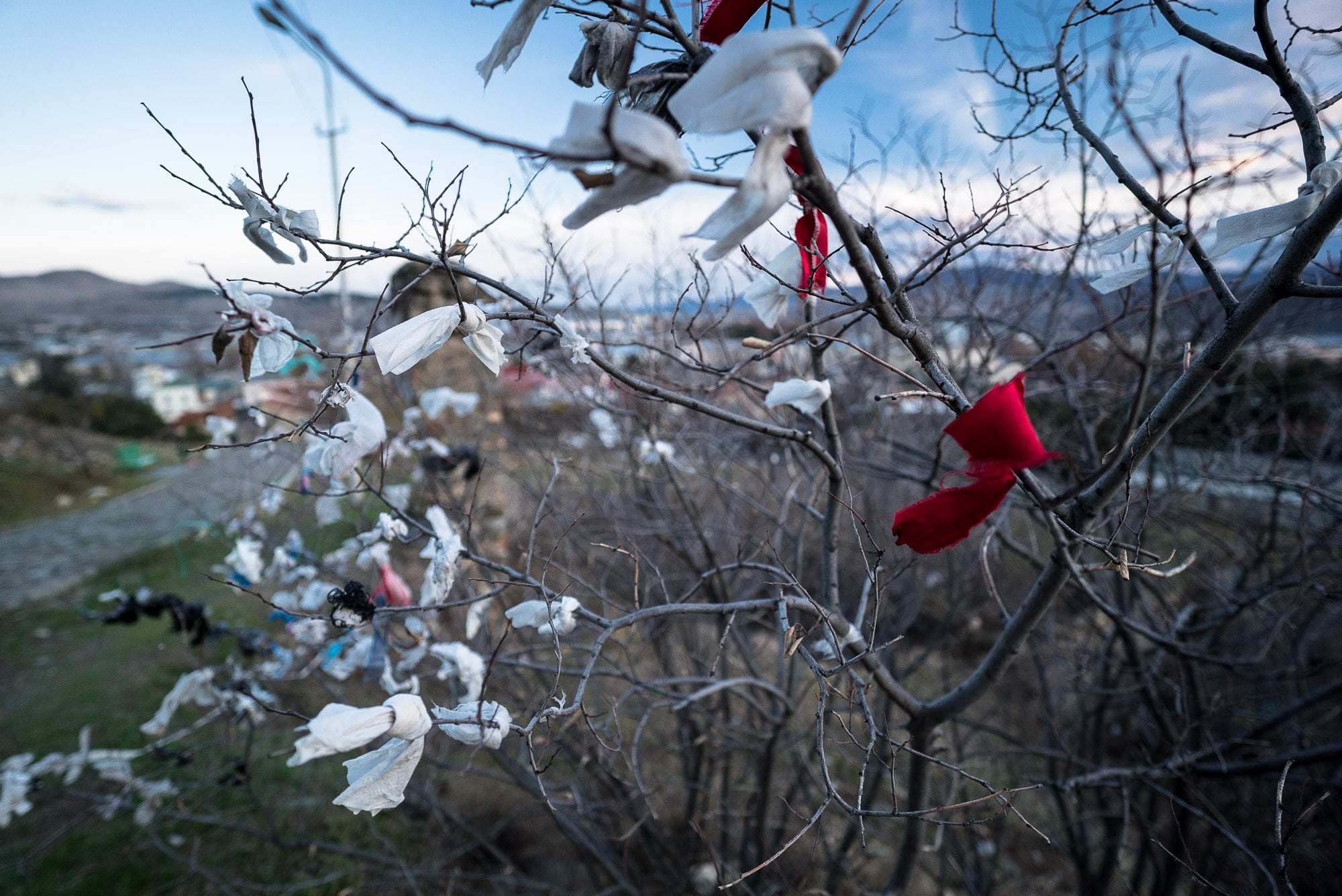 I walked through the old part of Gori for a while: 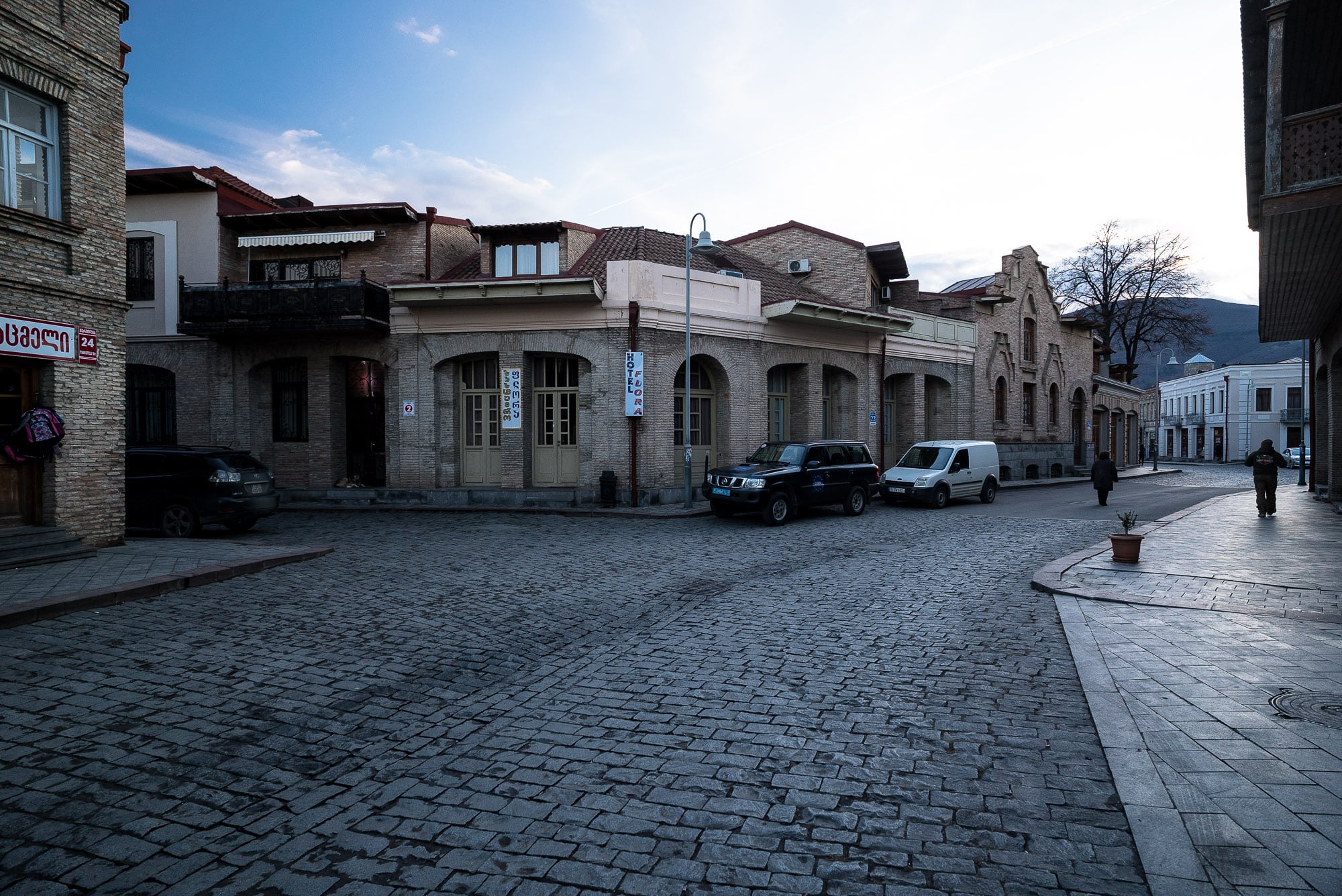 And then I came to this wall: 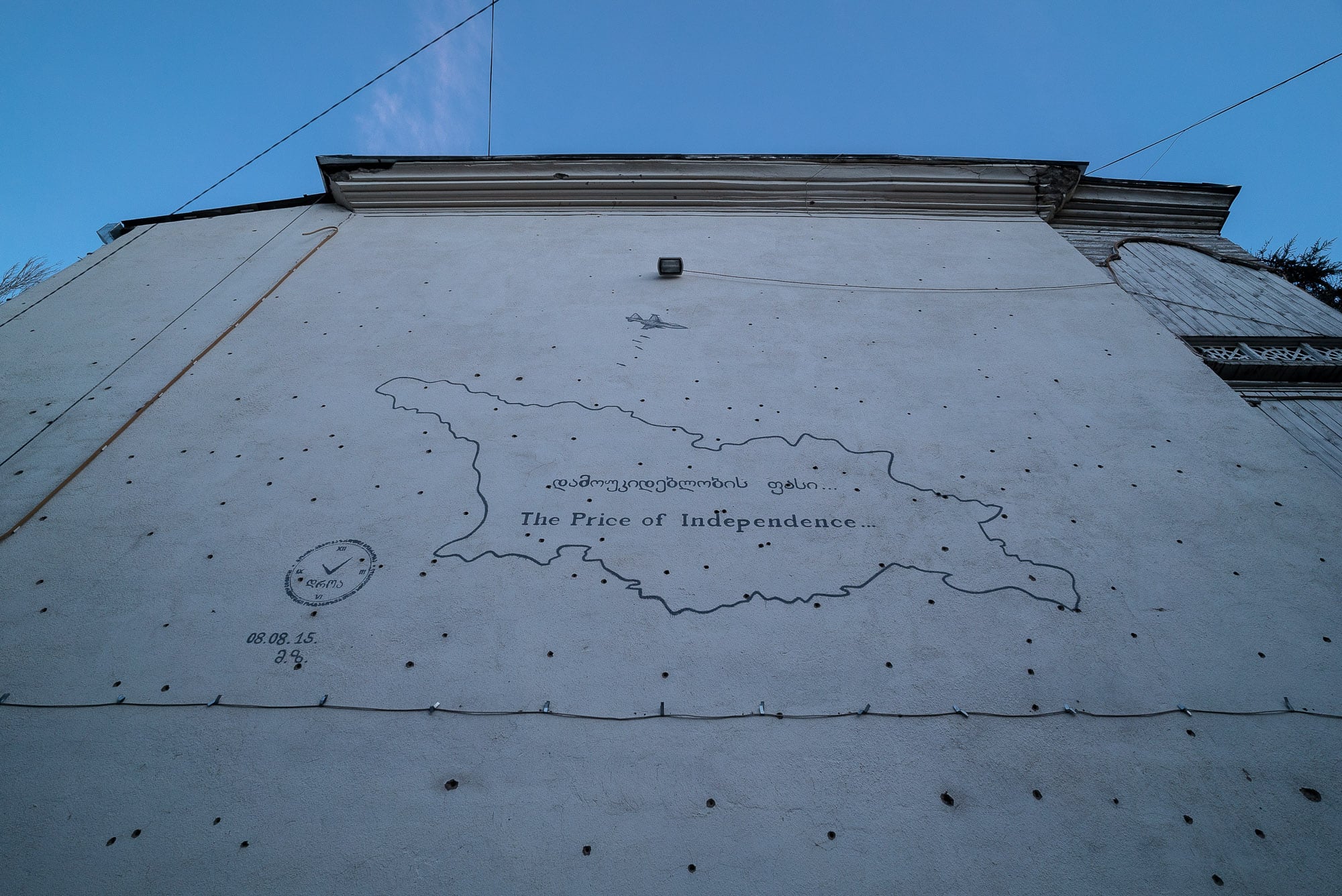 THE PRICE OF INDEPENDENCE.

These holes were made by bullets, and just a few years earlier: 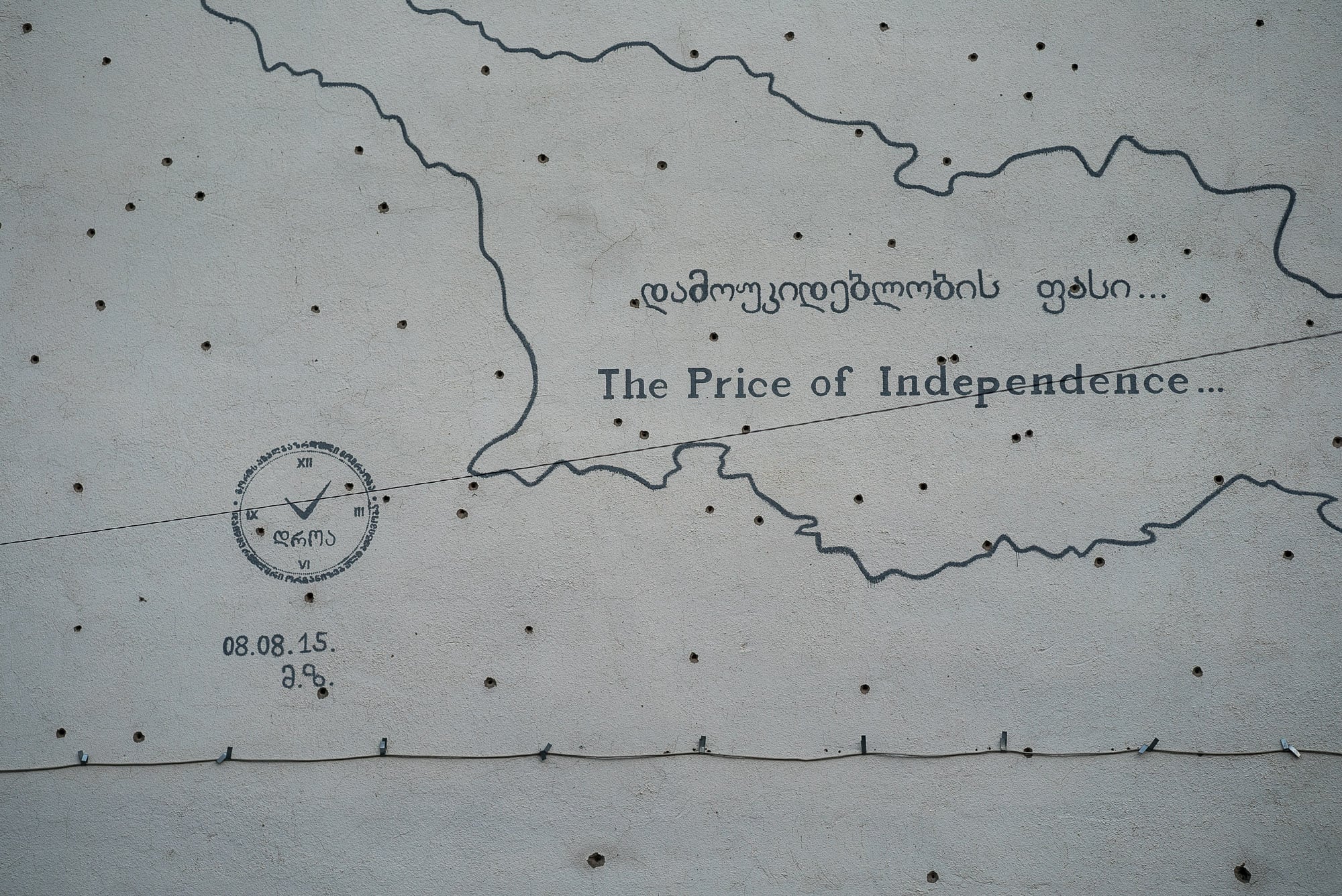 Back in 2008, when I was still walking through China, military forces that were supposedly not Russian had helped parts of Georgia gain their “independence”. During that process they had also invaded Gori.

Bombs had fallen. Many people had fled the city. Some had died (among them a Dutch journalist). And there were photos on the internet of not Russian soldiers looting TVs and furniture.

The occupants had stayed for a few days, then they had left, and life in Gori had moved on.

The bullet holes were still there, though: 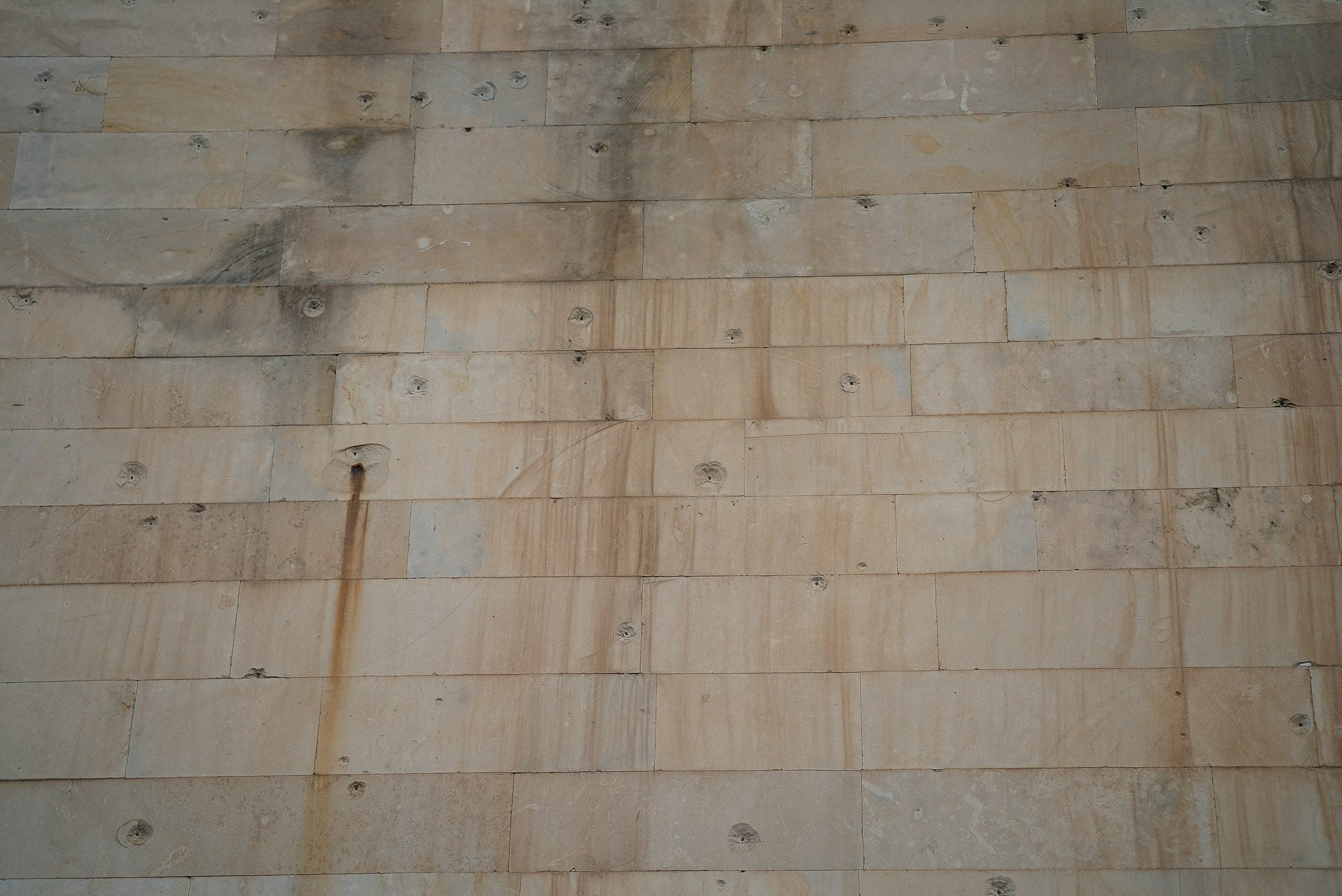 Some of the buildings had completely new facades: 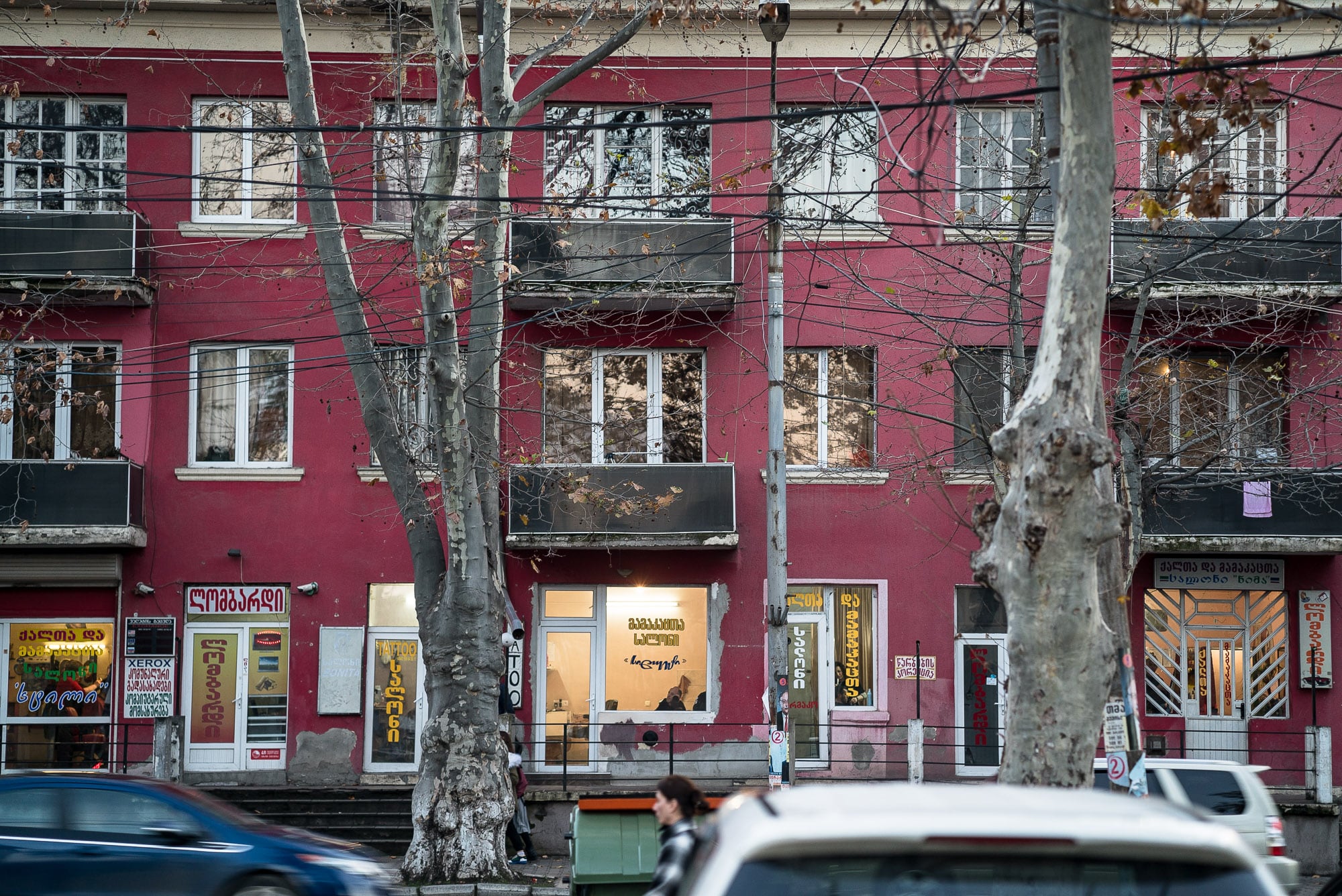 Others just had partly new walls: 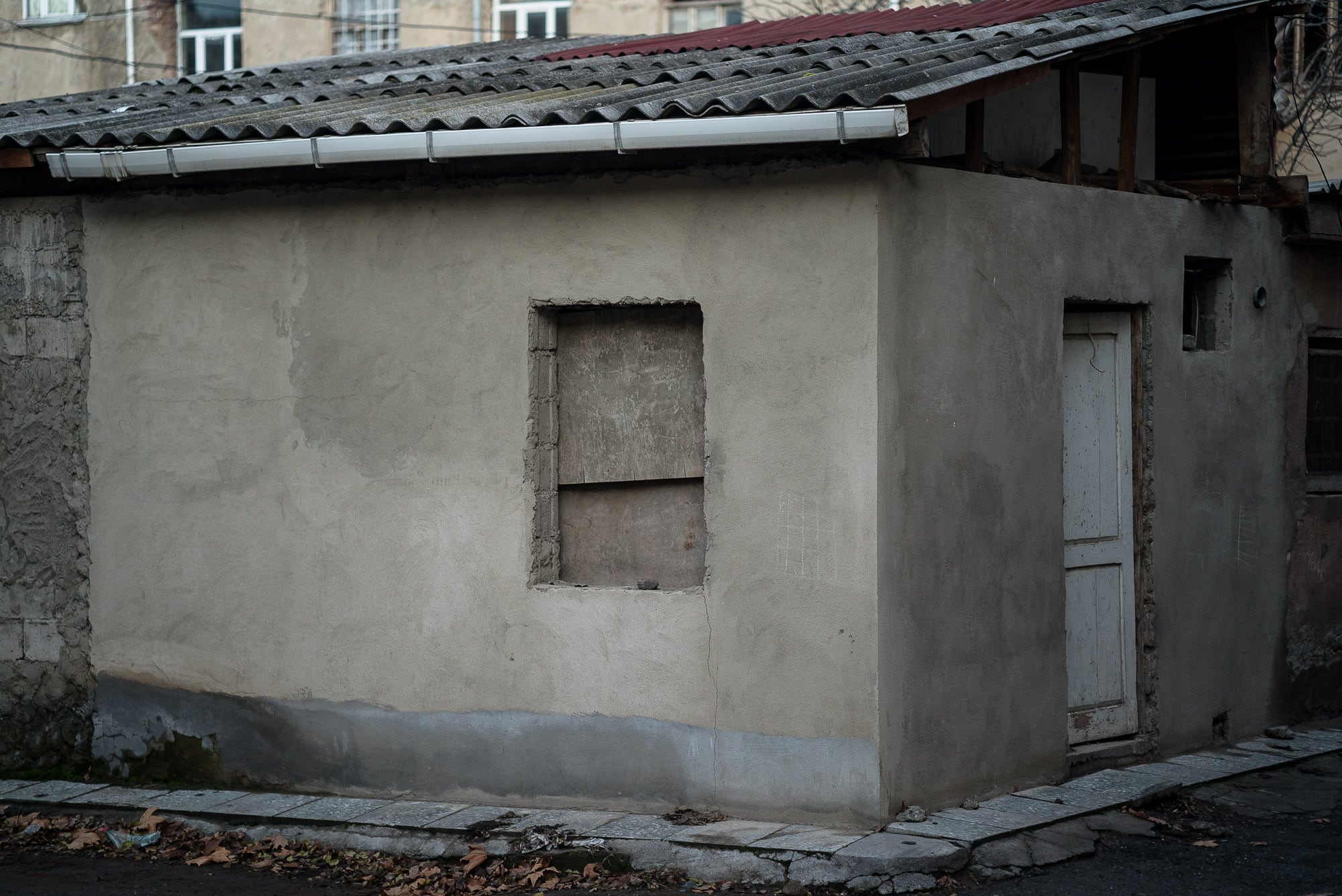 It was easy to overlook the bullet holes if one had never noticed them before. Everything was so normal – there was laundry hanging out to dry in the backyards: 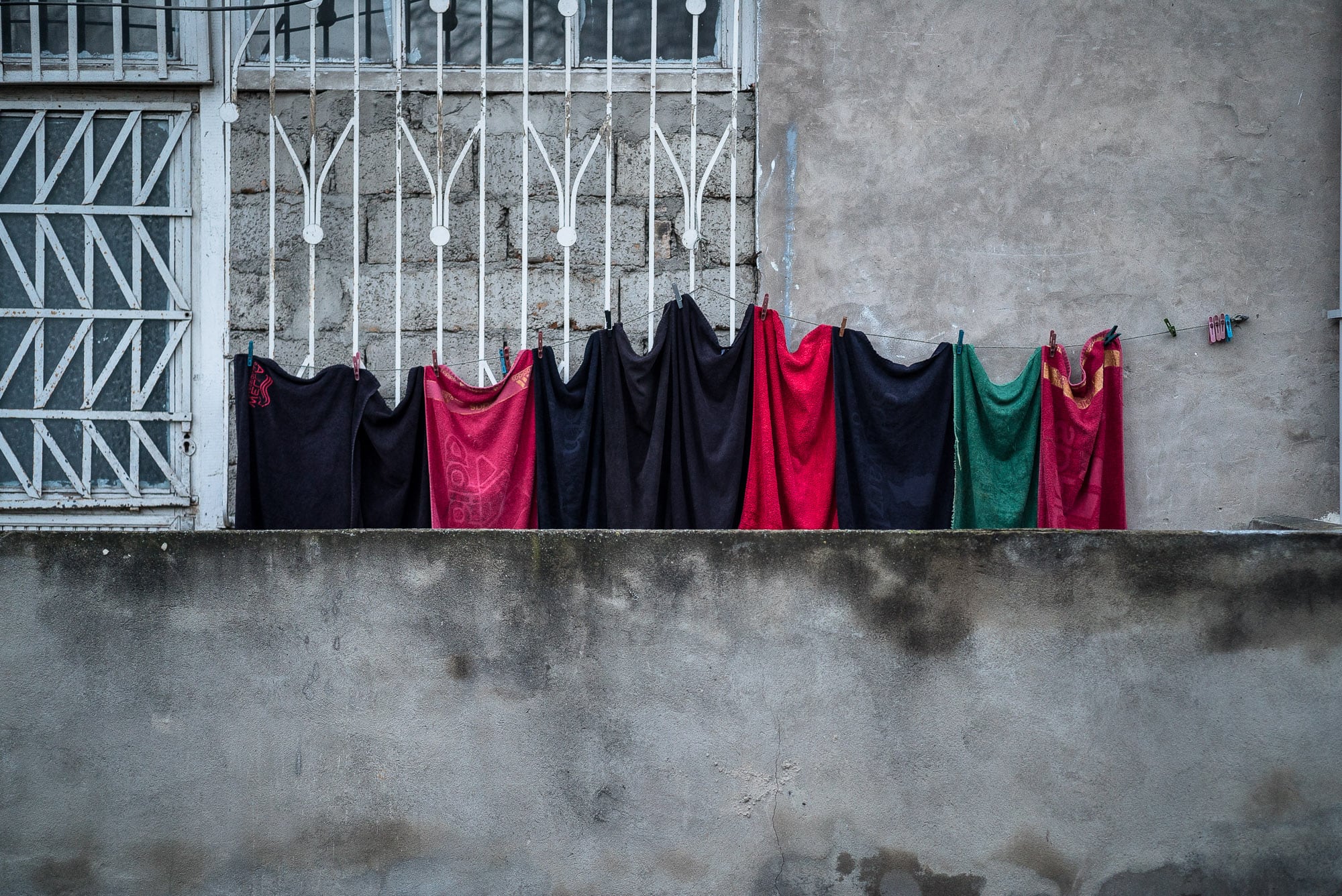 There were holiday decorations: 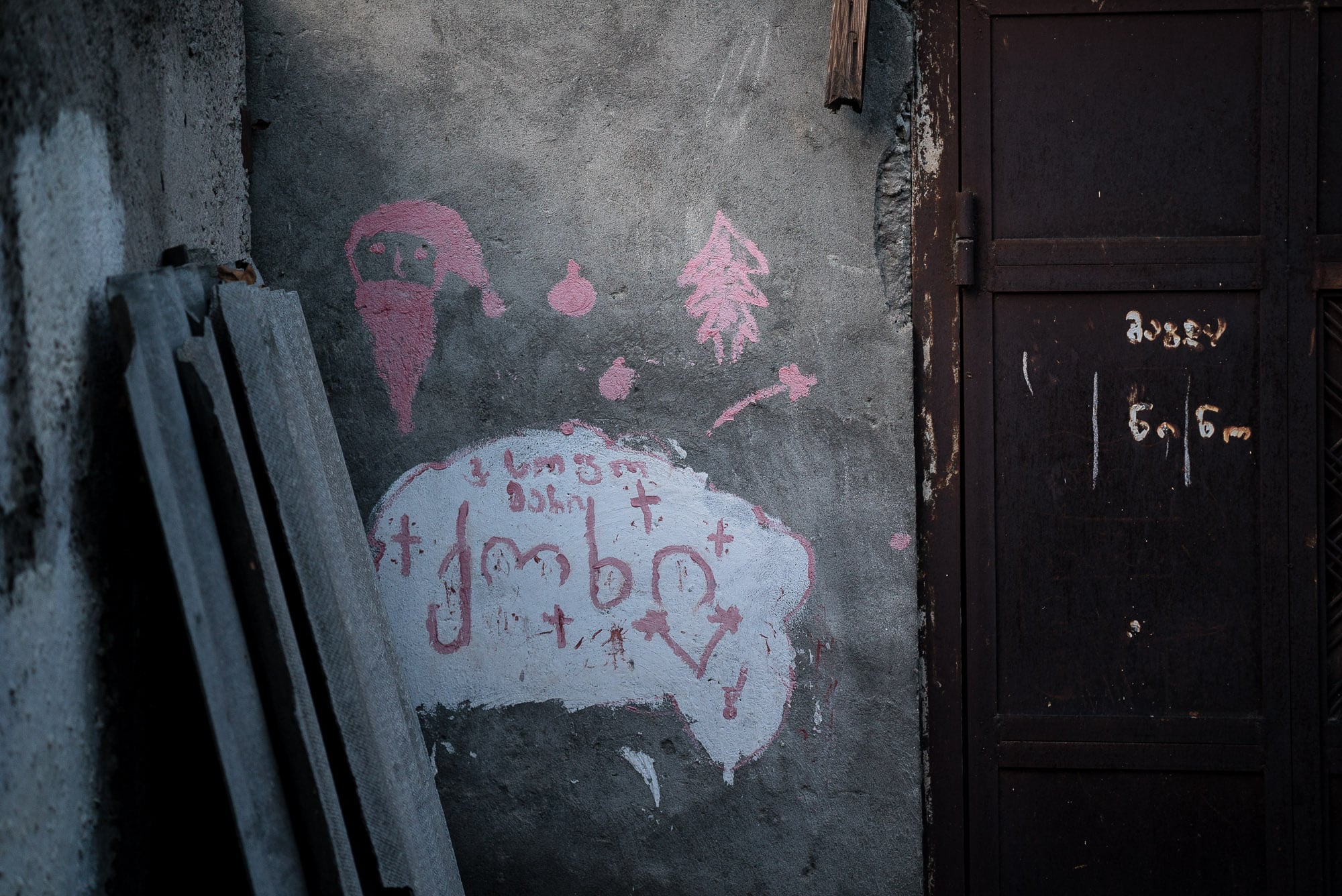 There was the town hall, which seemed a bit too big for the size of the city: 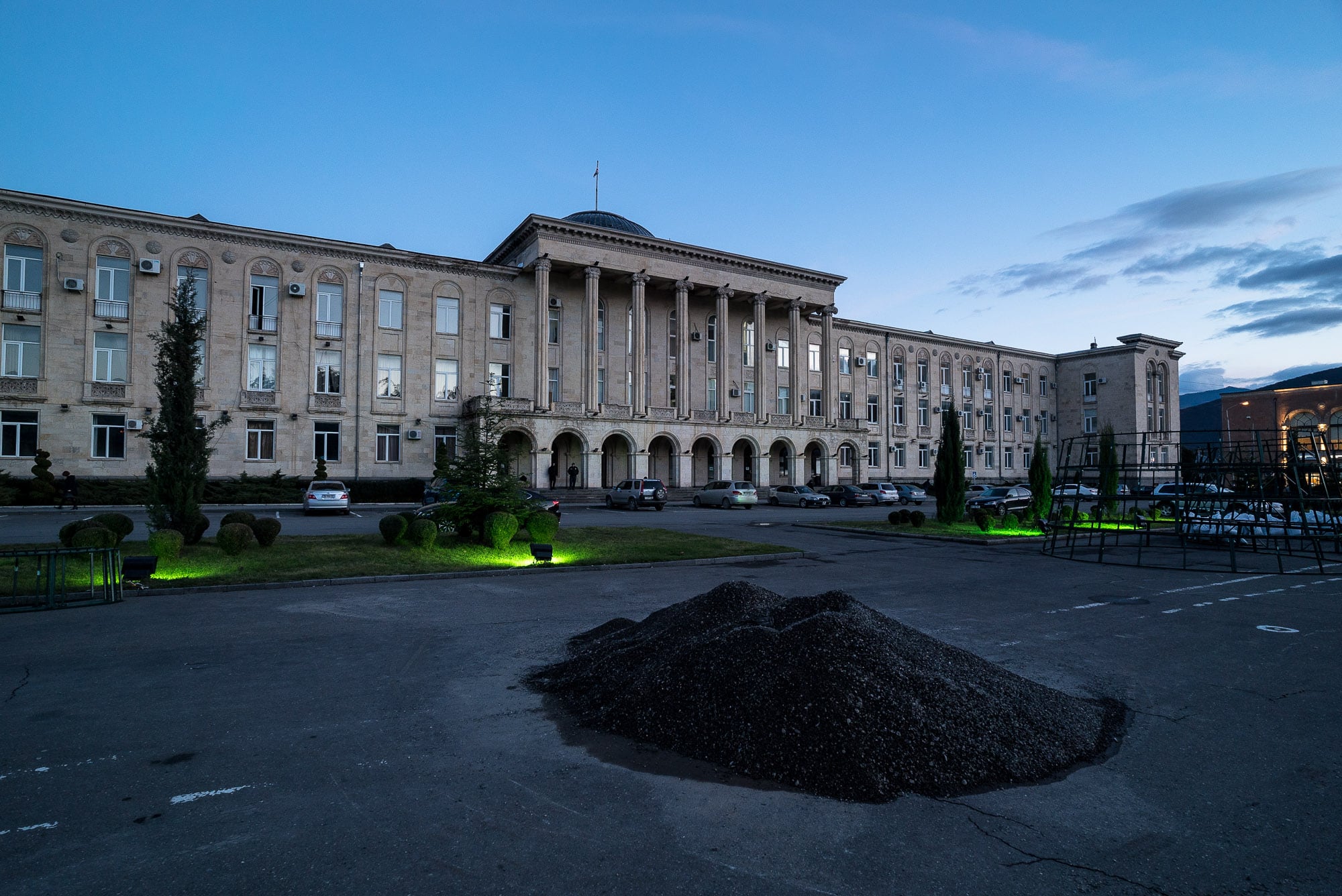 And people were smiling happily for the camera: 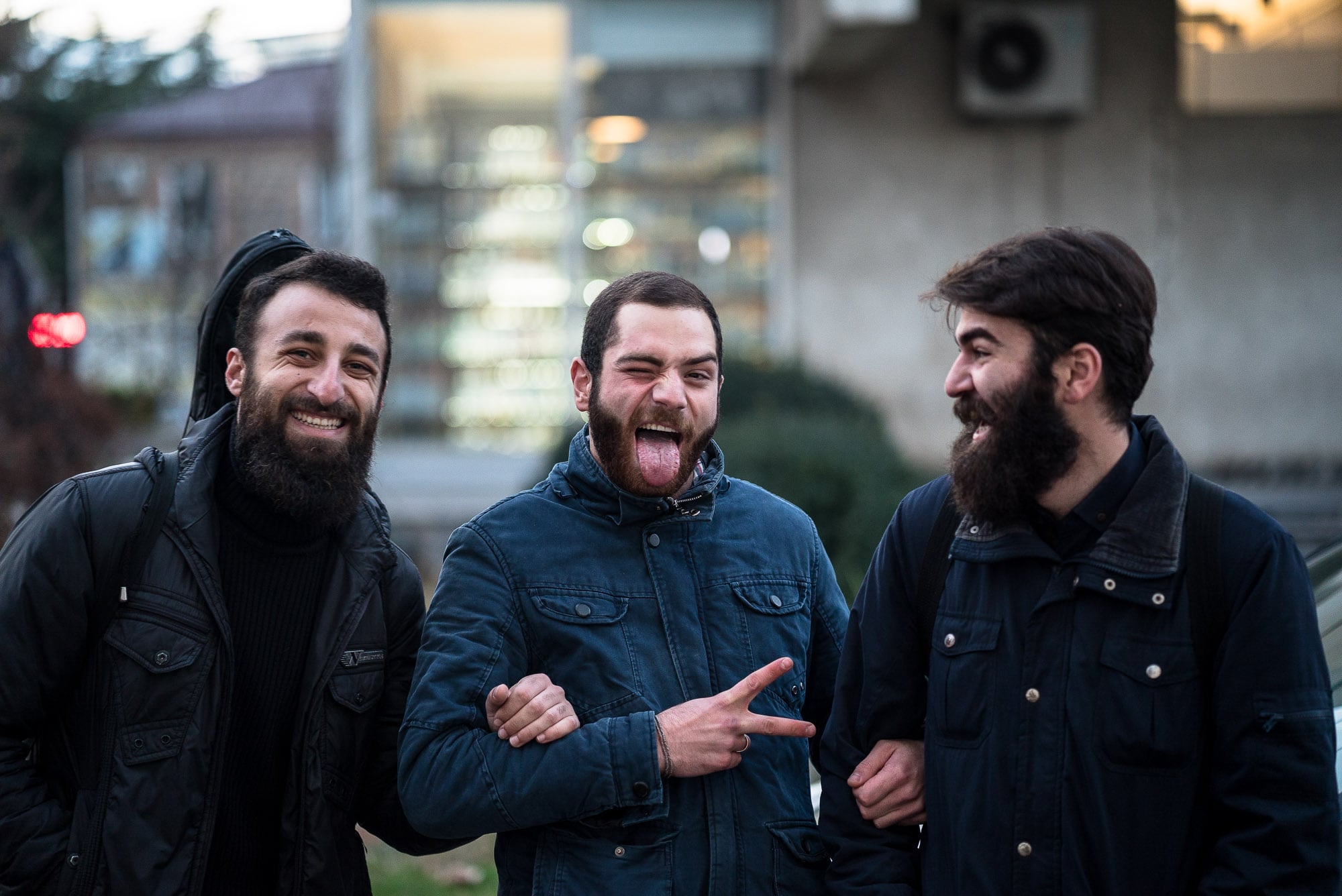 Bullet holes are peculiar, though. Once they have been seen they can never be unseen again. I started noticing them everywhere. Next to balconies: 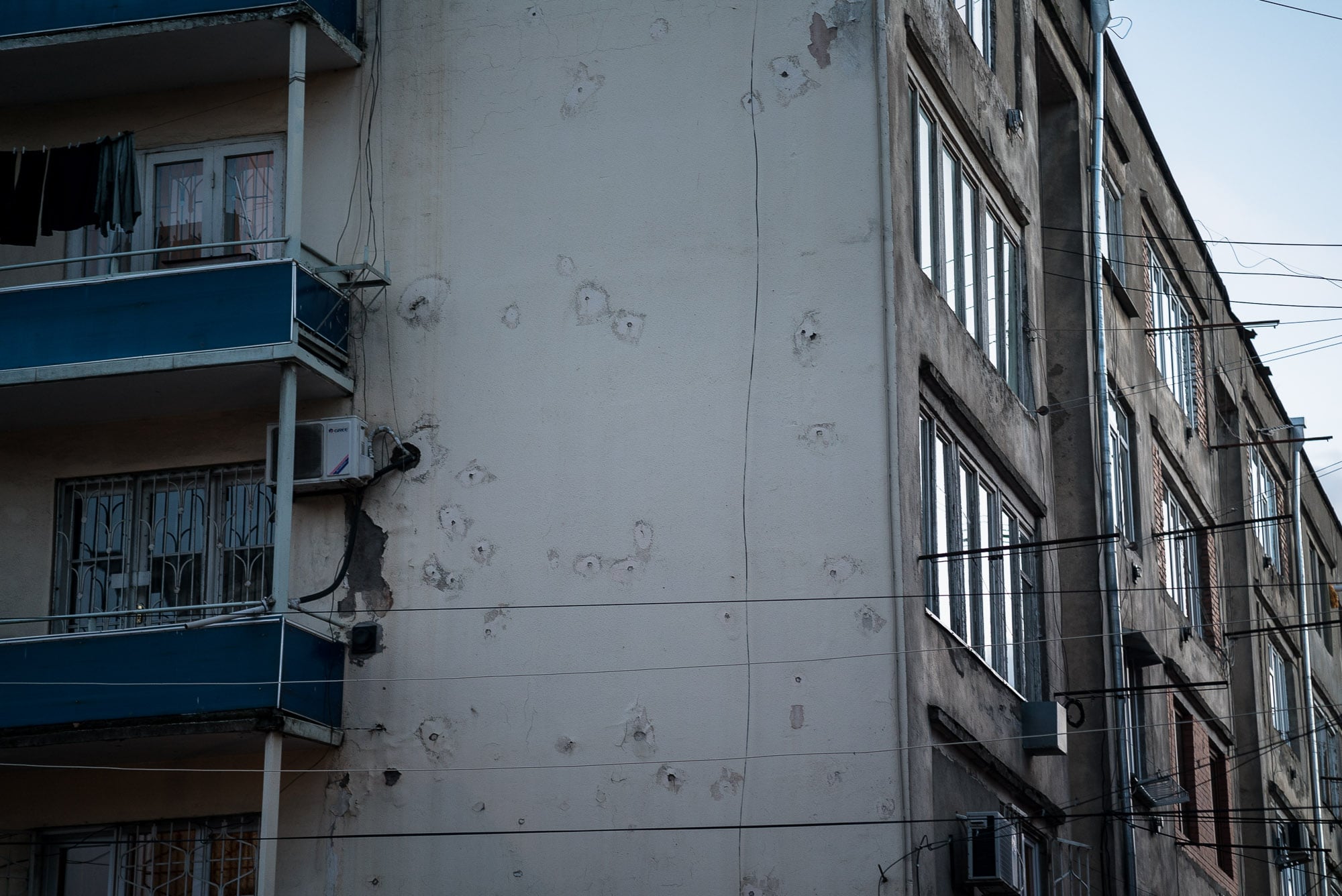 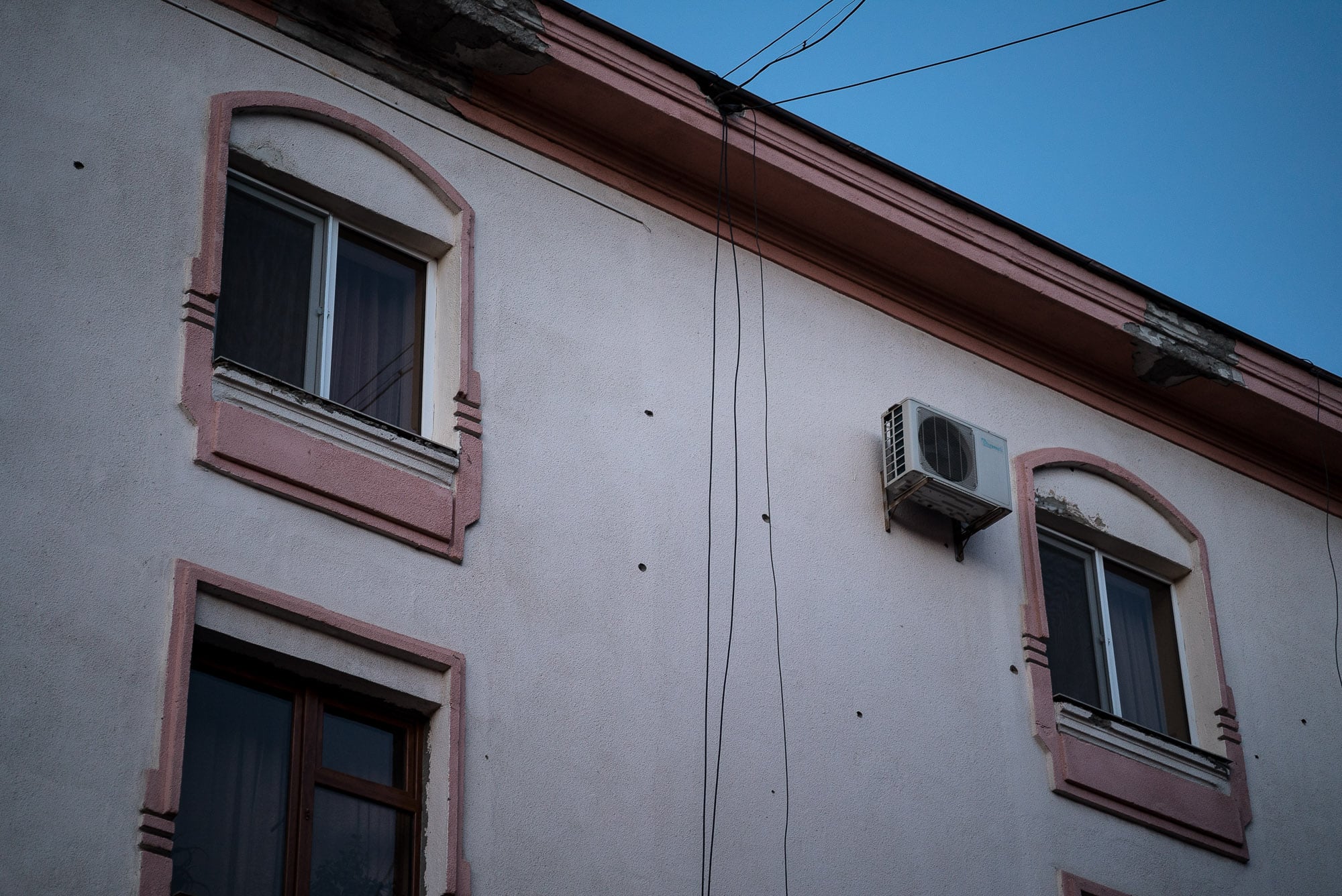 Next to pawn shops: 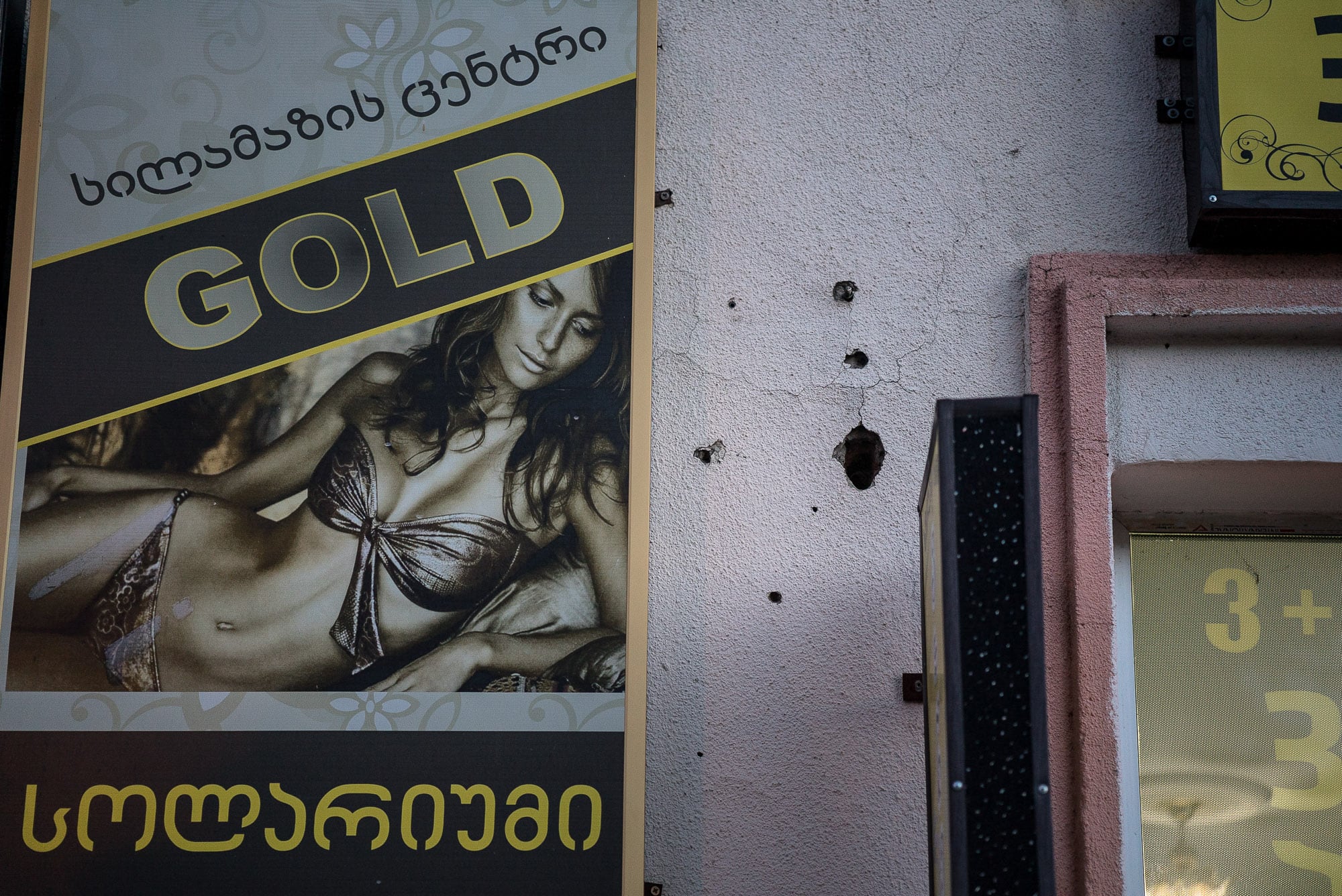 And next to tanning salons: 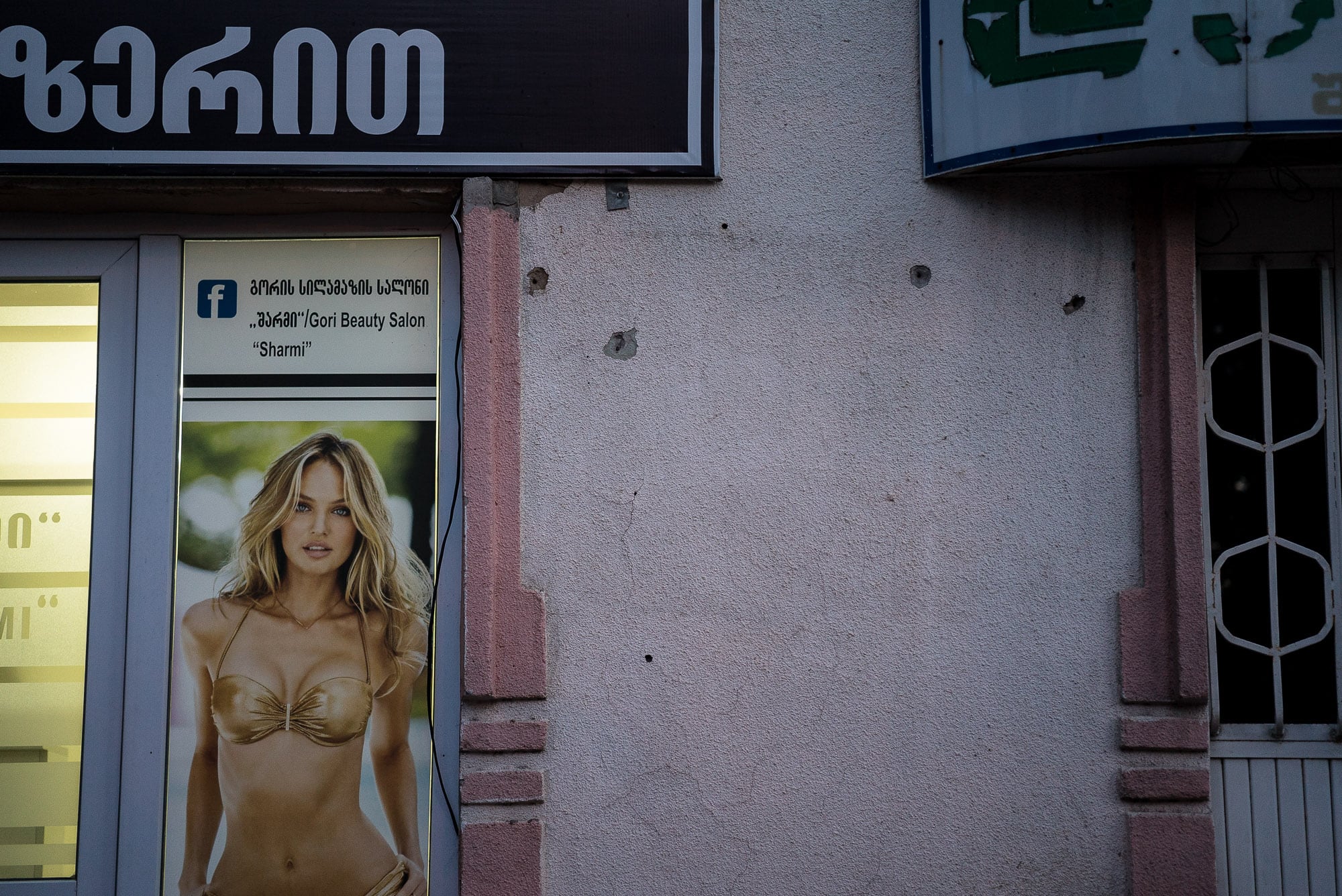 This is what they look like from up close, by the way: 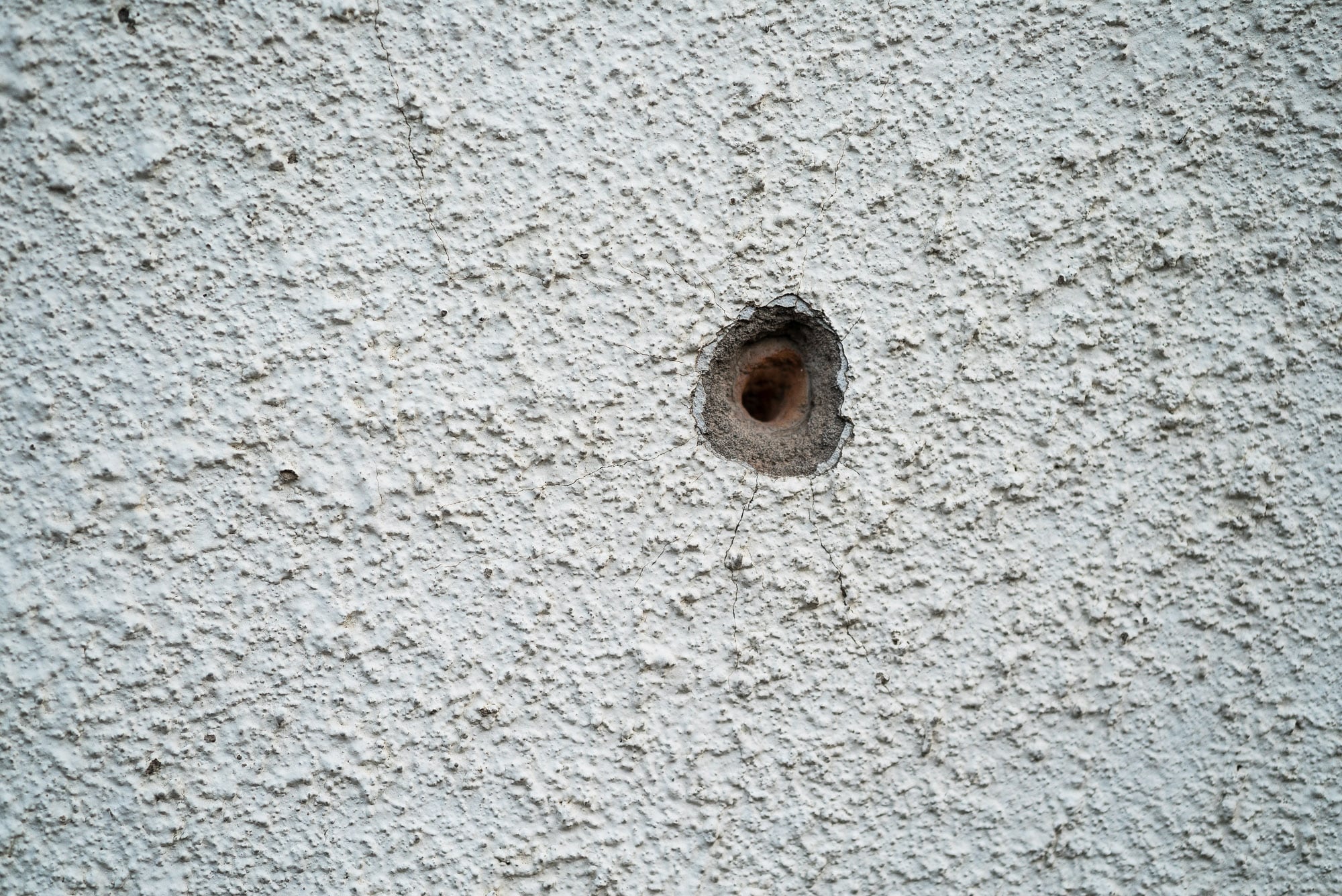 The forces that were not Russian had given Gori many of them.