I had been wanting to stay longer, and I had been meaning to extend my stay, but I had recently developed a propensity towards indecision. And so in the end someone else had ended up renting the apartment, which meant that I had to leave.

Luckily, I had managed to find a new place.

So I packed up all my stuff, got the Caboose out from her place in the stairway and stepped out into the rain: 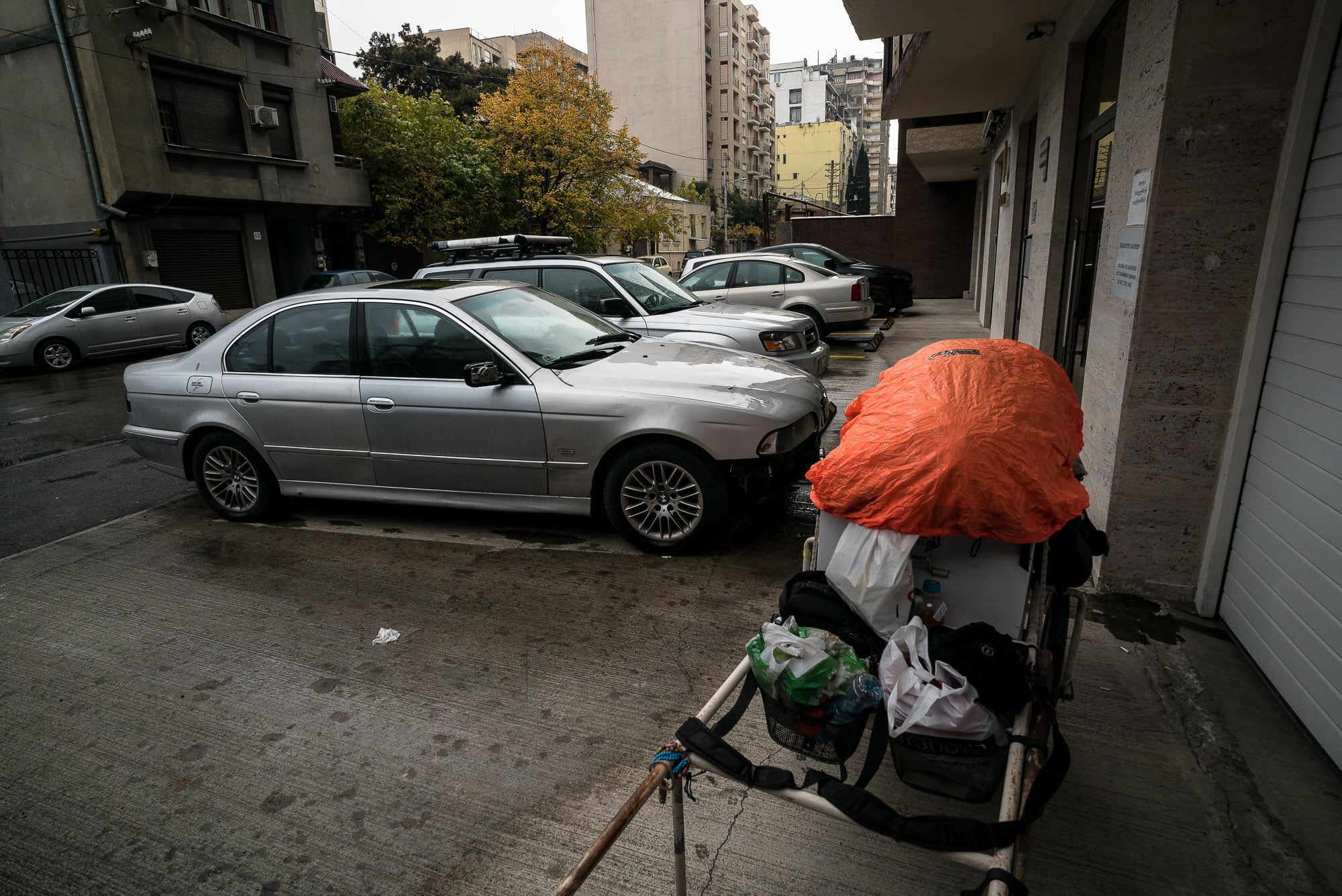 It was only a short way to the new apartment, and there was a bike lane on the road: 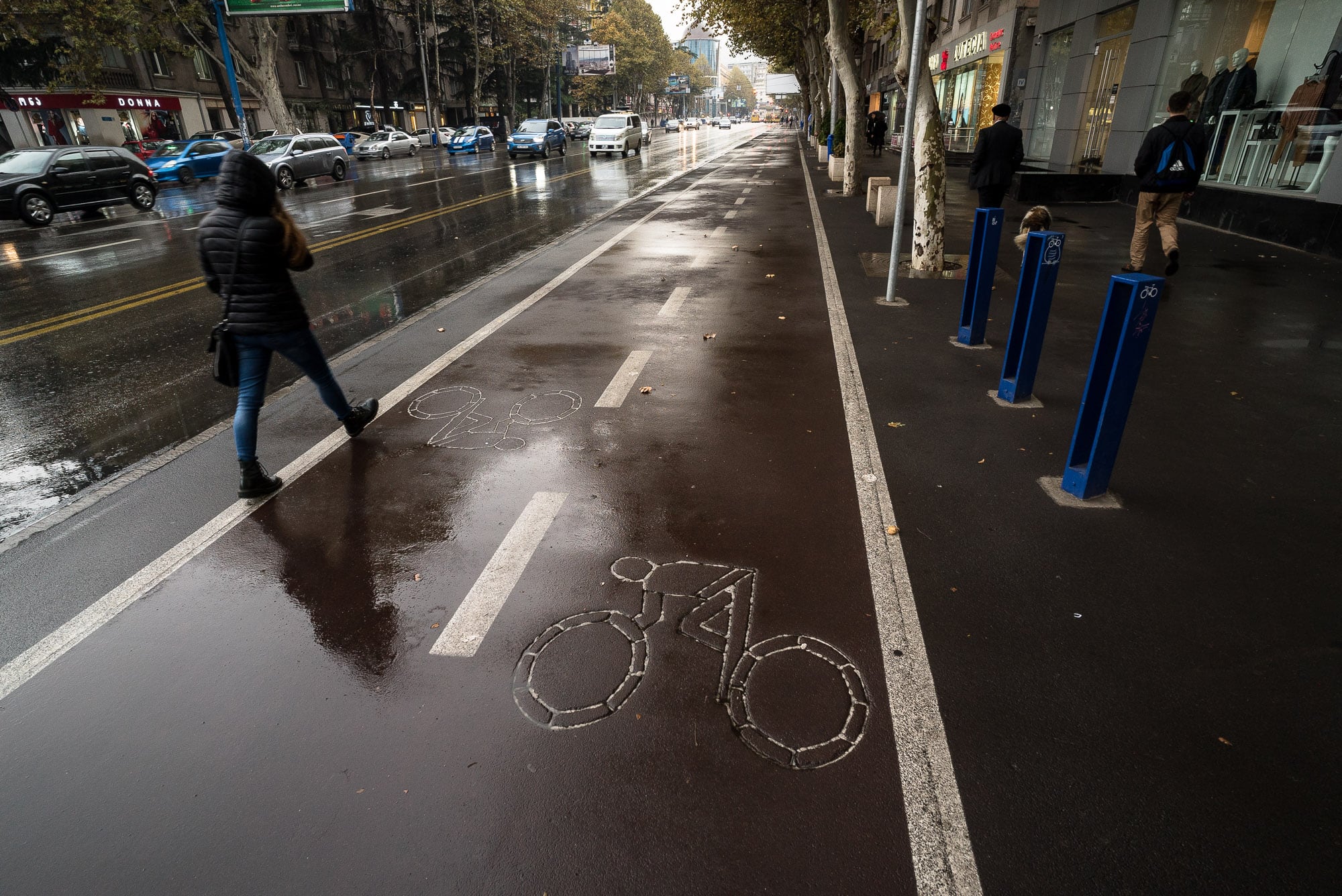 This was only the second time during my walk from Beijing up until this point that I had come across a traffic lane limited exclusively to bicycles (the first time had been in Almaty two years earlier). It was awesome.

When I got to the place, everything was as it should be. There was even a garage for me to store the Caboose: 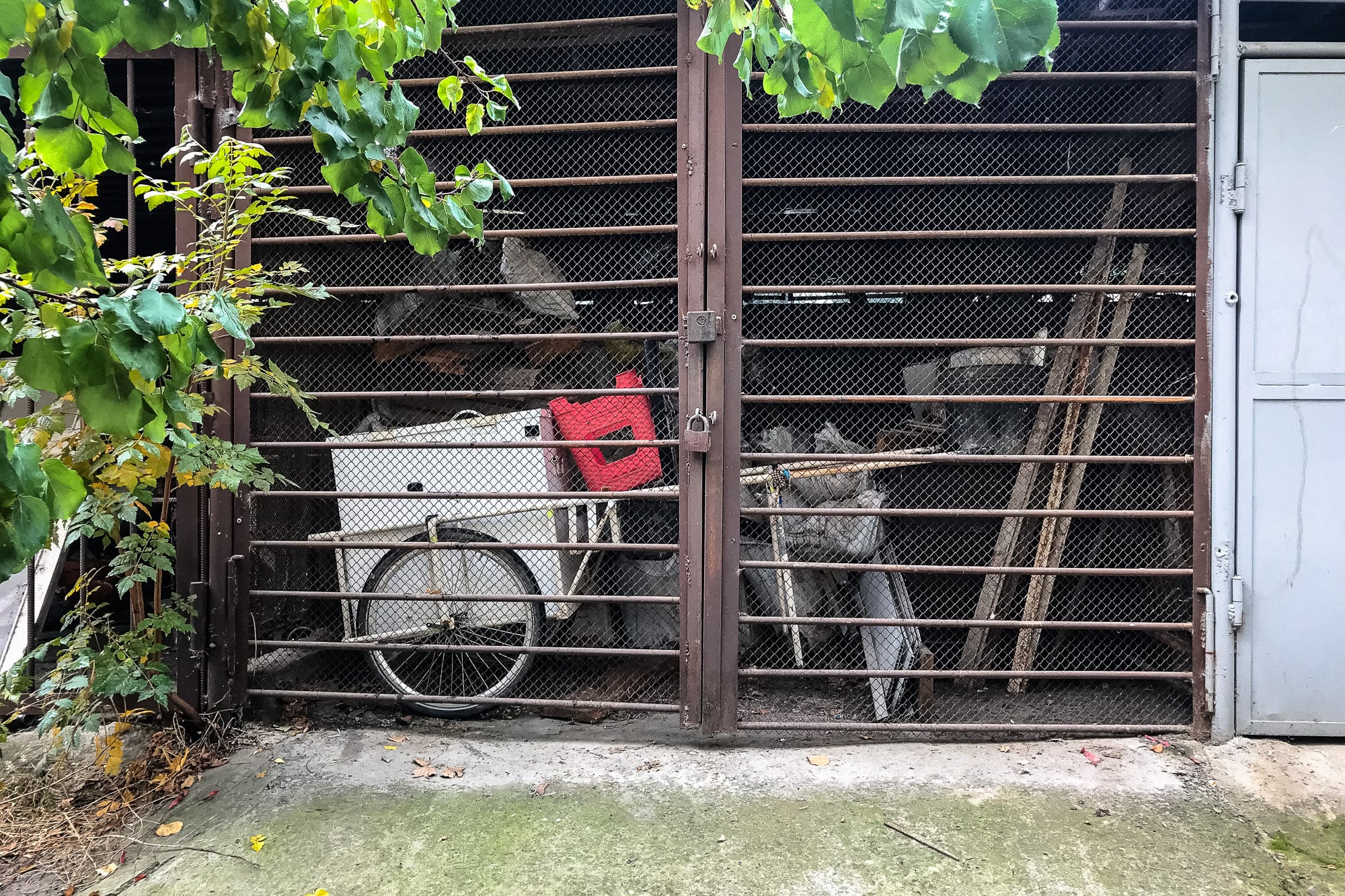 More rest for both of us!

Day 1292
from Tbilisi to Tbilisi