Remember the protest at the Parliament that I had told you about a few days earlier? Well, it was apparently still going strong, and the protestors seemed to have gathered more tents and more people: 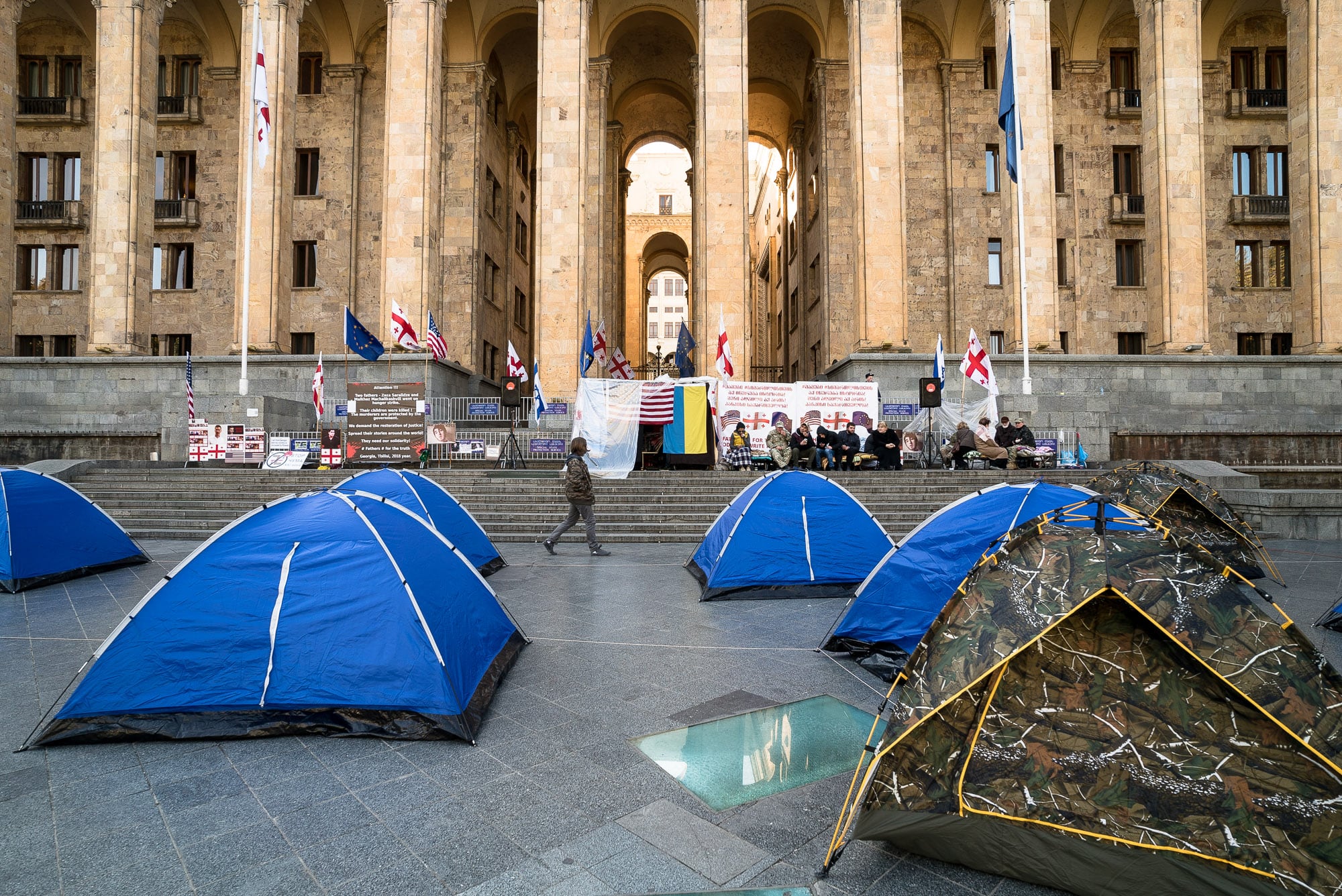 It often baffled me to think that this was the first truly democratic country I had walked through on my way here from China (one could argue that Kyrgyzstan was also a democracy, albeit an imperfect one). How could it be that such large parts of the world were dictatorships, where people were not looked upon as responsible citizens but merely as apolitical inhabitants?

Anyway, Georgia was trying hard to establish a sustainable system that was governed democratically and with the rule of law. But history seemed to be weighing down on it heavily, especially the legacy of the Soviet Union with its Leninist one-party-dictatorship and its political culture of corruption and terror.

Many of the young people I spoke to said they had no idea who to vote for, because politics were dirty, and because all candidates were more or less idiots. The economic crisis didn’t help. Being right next to an aggressive Putin didn’t help, either.

I could only hope that these prospects would not turn them away from politics.

For there seemed to be no greater threat to a democracy than an apolitical society.