My tests had come back, and the results were good. Or rather: for me they were somehow disappointing, because they showed that I was healthy, which meant that there was no minor problem that a bit of medication would be able to cure.

No, I was told, apparently I was just exhausted.

And it was true, I could feel it not only in myself, but also in my equipment. At this point, after two years on and off the road, my phone had trouble charging, one of my cameras made strange noises, and some of my clothes were starting to come apart.

So I decided to take a break. I went and rented a place for two weeks, and I was going to rest there until I felt better. I would still be updating the blog. But I wouldn’t make any videos, and I would scale down my activities. The plan was to move to the apartment the next day.

So today I went to the tailor, where I naturally overpaid (having forgotten to negotiate the price two days earlier), and I got my pants and my hat. The hat came back to me with a huge patch right in the center: 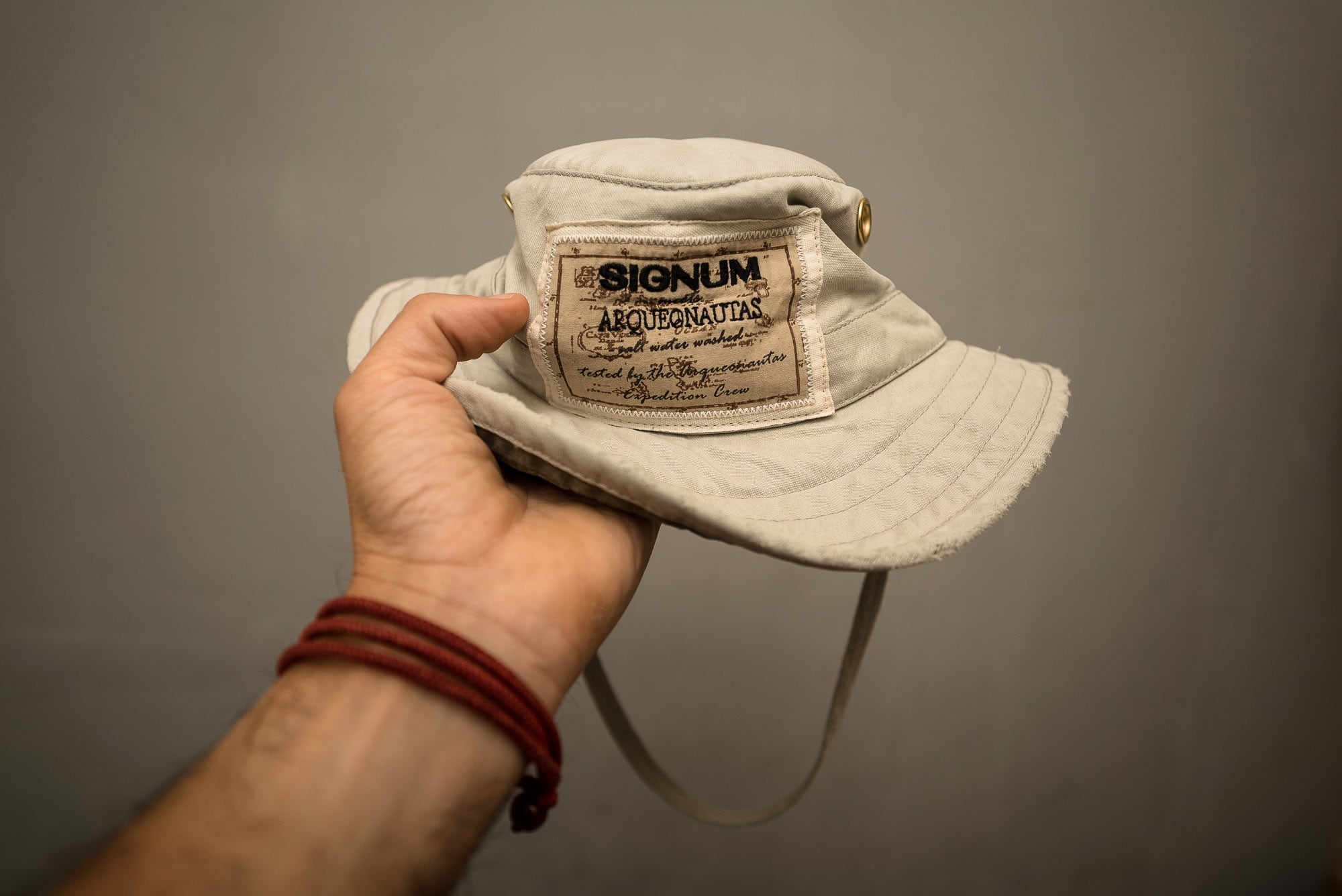 SIGNUM ARQUEONAUTAS? I had no idea what the hell that was supposed to mean, but it seemed as though the hat had been properly patched and was strong and healthy again.

I wanted that, too. For myself.