When I left the house in the morning, I knew it was going to be a long day. It was Friday, and I would have to be in Tbilisi on Sunday in order to get my next rabies shot. Tbilisi was still about 70 kilometers away, so today I needed to cover some distance. 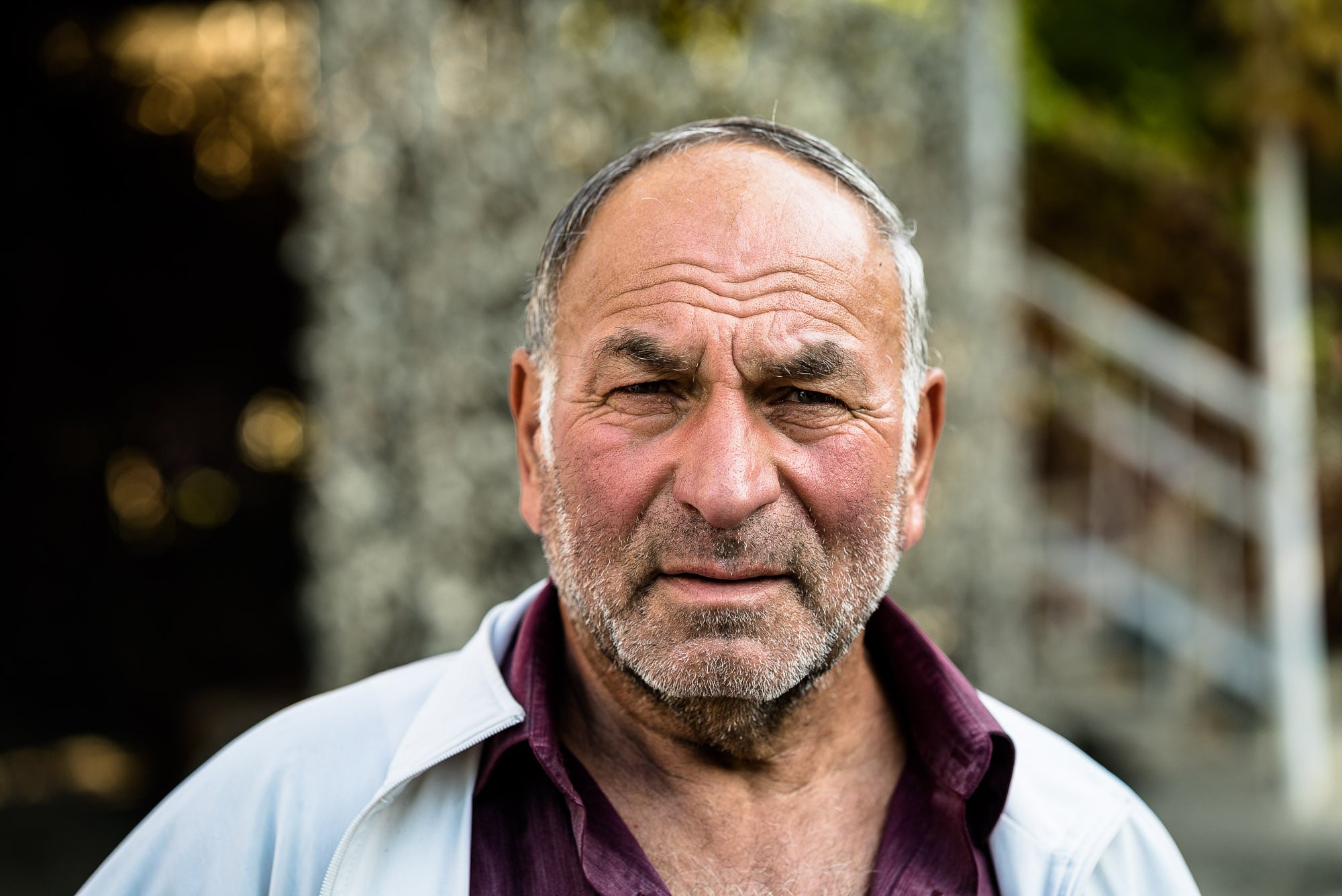 And he told me about the other castle that was just a short distance from his house up in the mountains: 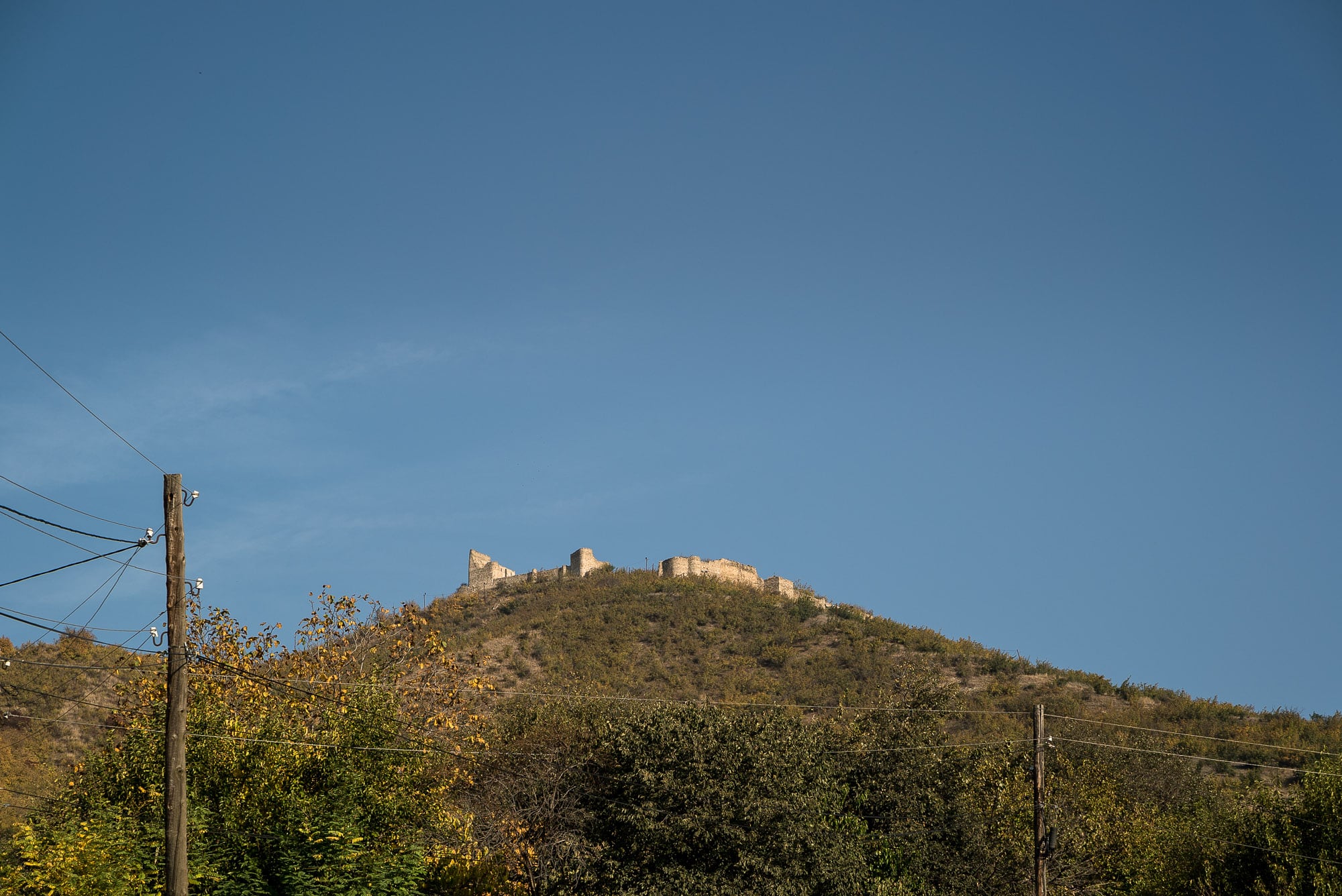 Alas! I had no time to go there.

And so I got back on the road, which was stunningly beautiful at times: 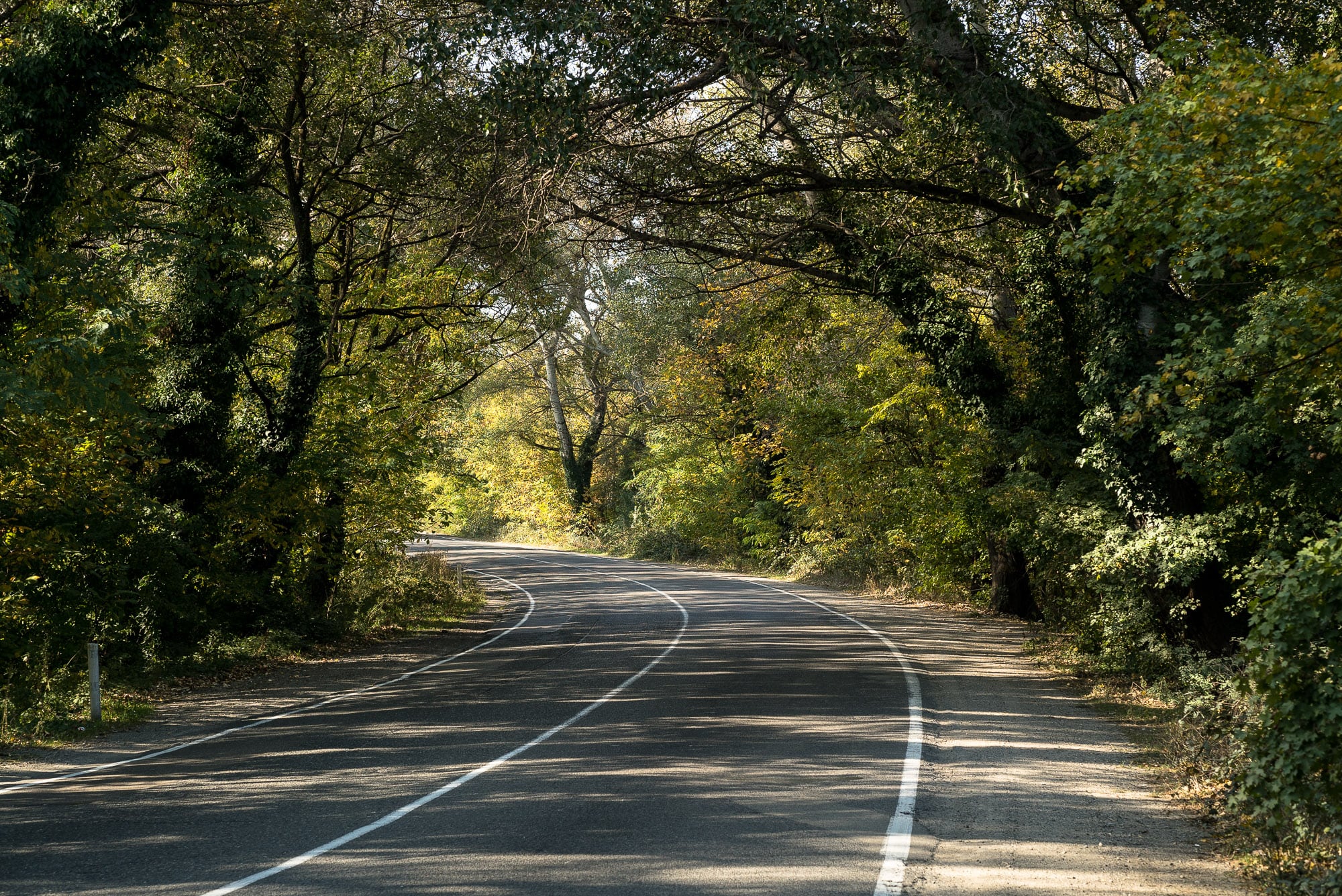 If only it hadn’t been so damn busy: 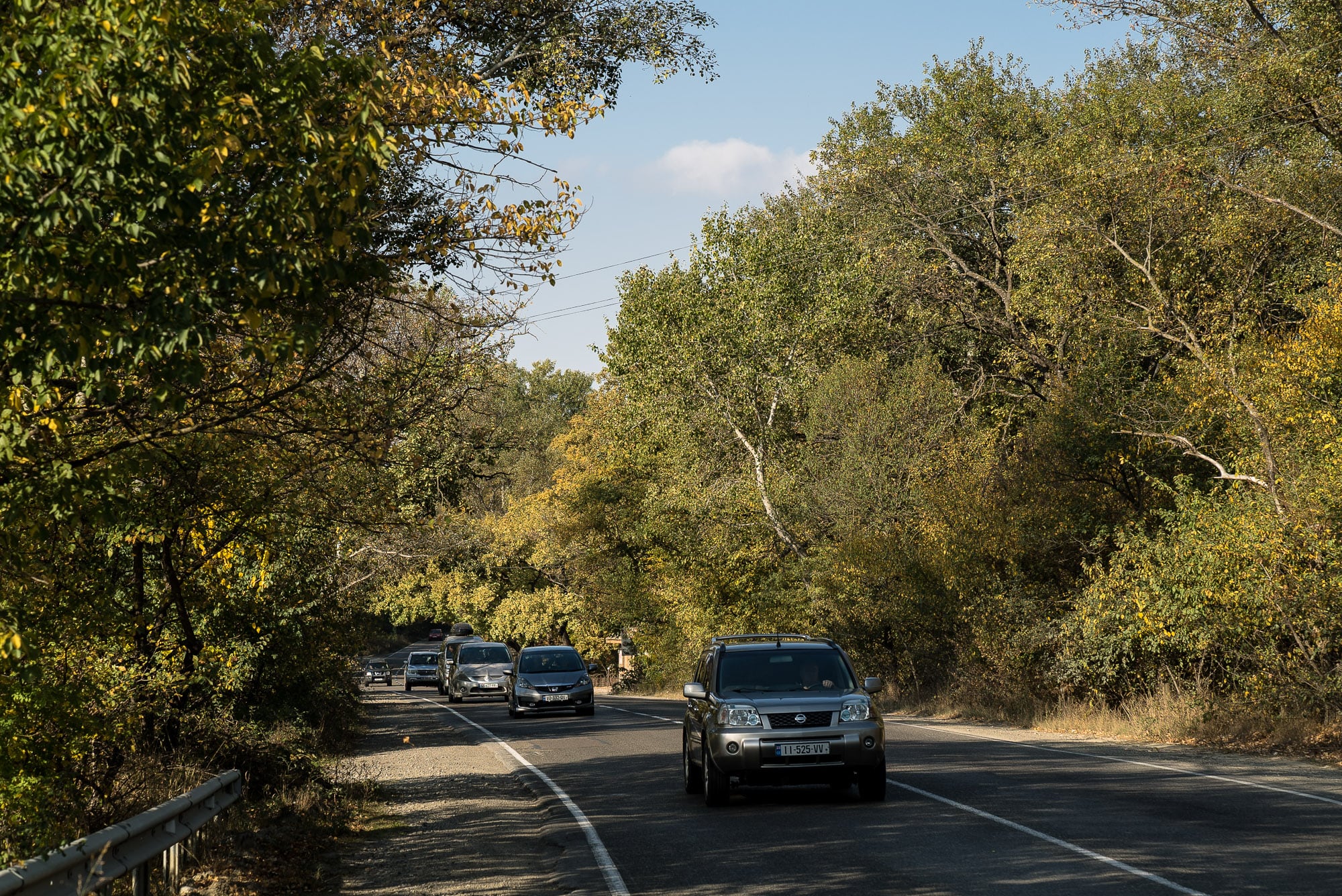 When we got to the small town of Ninotsminda, I left the main road and went up a hill to an old cathedral: 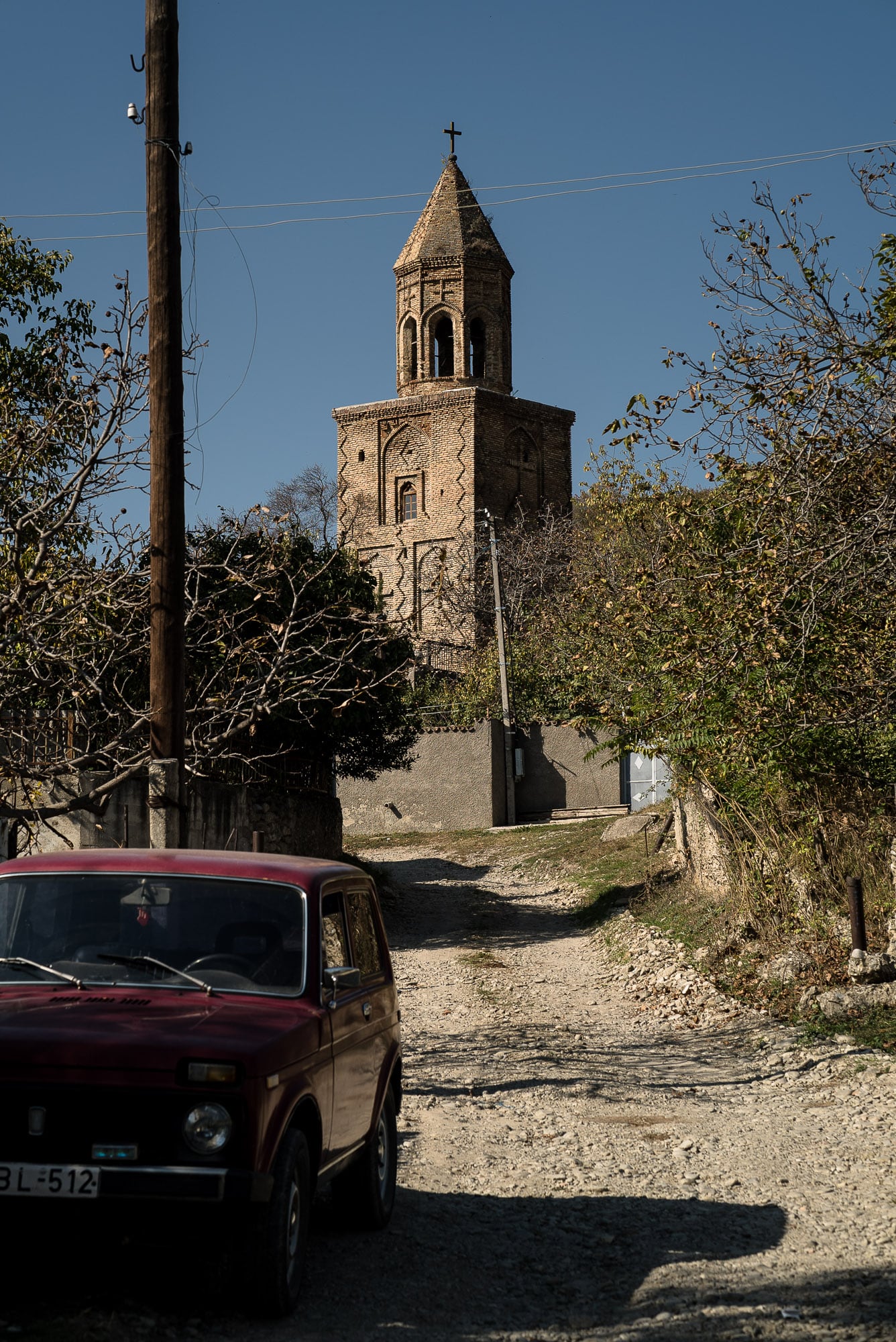 It was called Ninotsminda Cathedral, and it was located behind what looked like a set of big fat medieval castle walls: 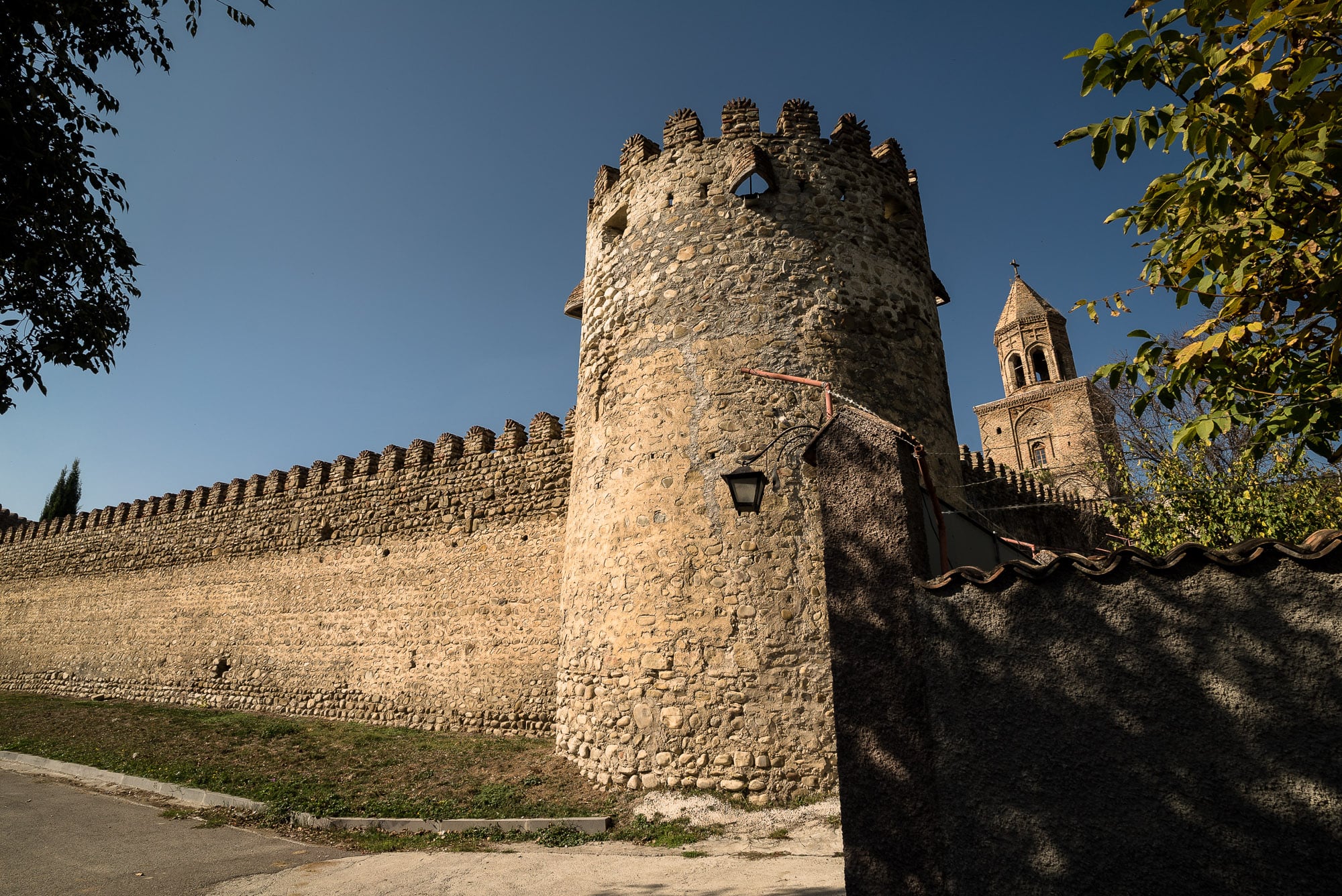 There weren’t any people around, but there was a sign that pointed to souvenir shops in both directions: 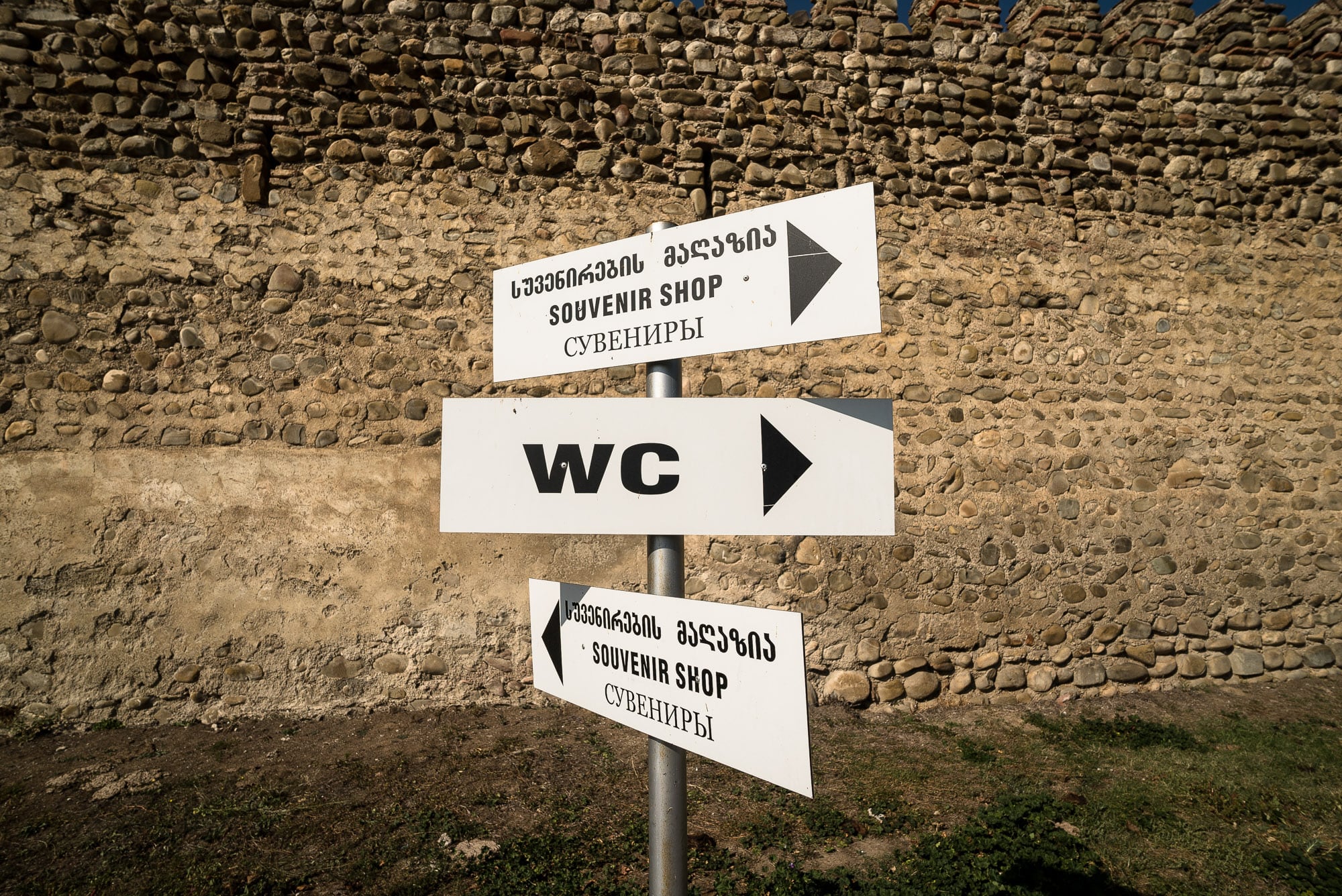 Then we came to a gate: 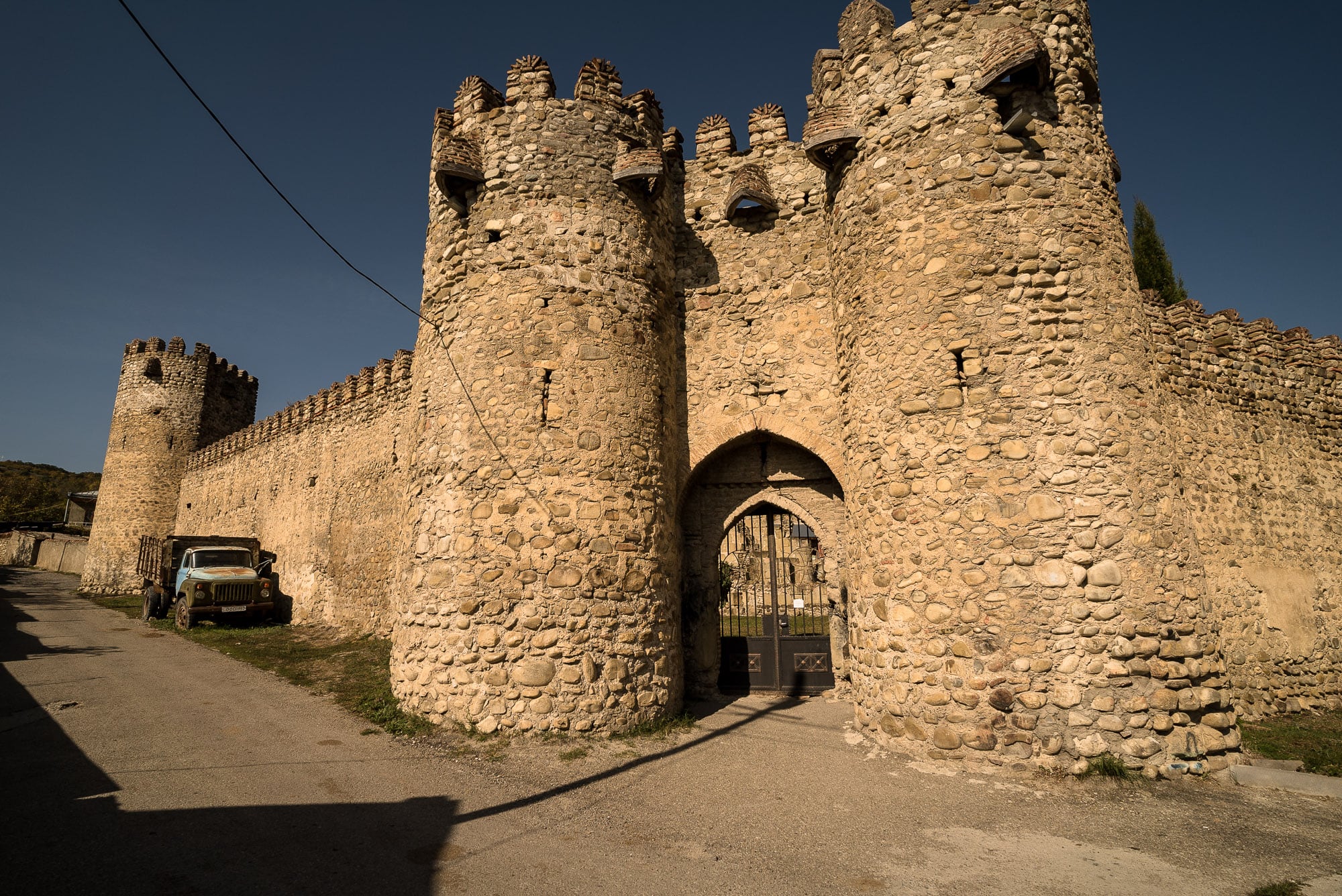 The inner courtyard behind the gate was very nice and quiet. There were some ruins of an older church in the center, and I sat down with the Caboose to rest for a little while (not on the grass, of course): 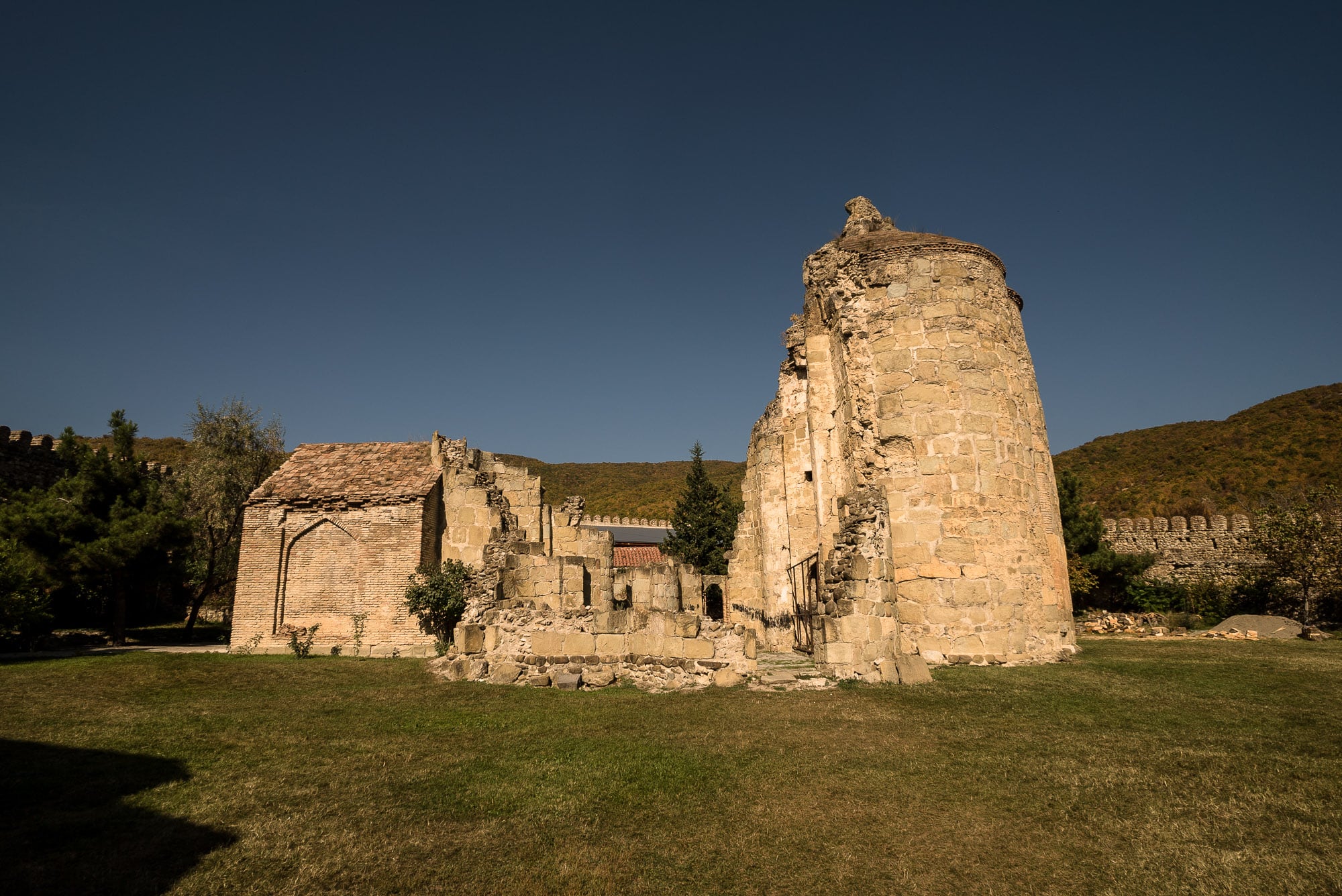 That is until a nun appeared and told me to leave. Or rather: she told the Caboose to leave. “You must park this thing outside of the gate!” she commanded in a stern voice.

I tried to reason with her for a few seconds, but she wasn’t having any of it. Well, I thought, better not argue with one of Jesus’ wives.

And so I shook the dust off my feet. And then the Caboose and I left the Courtyard of God and stepped out of the Gate of God and passed the Walls of God and went back into the streets of the world.

And it was there that I took a deep breath.

There was an old Soviet sign with directions to Tbilisi: 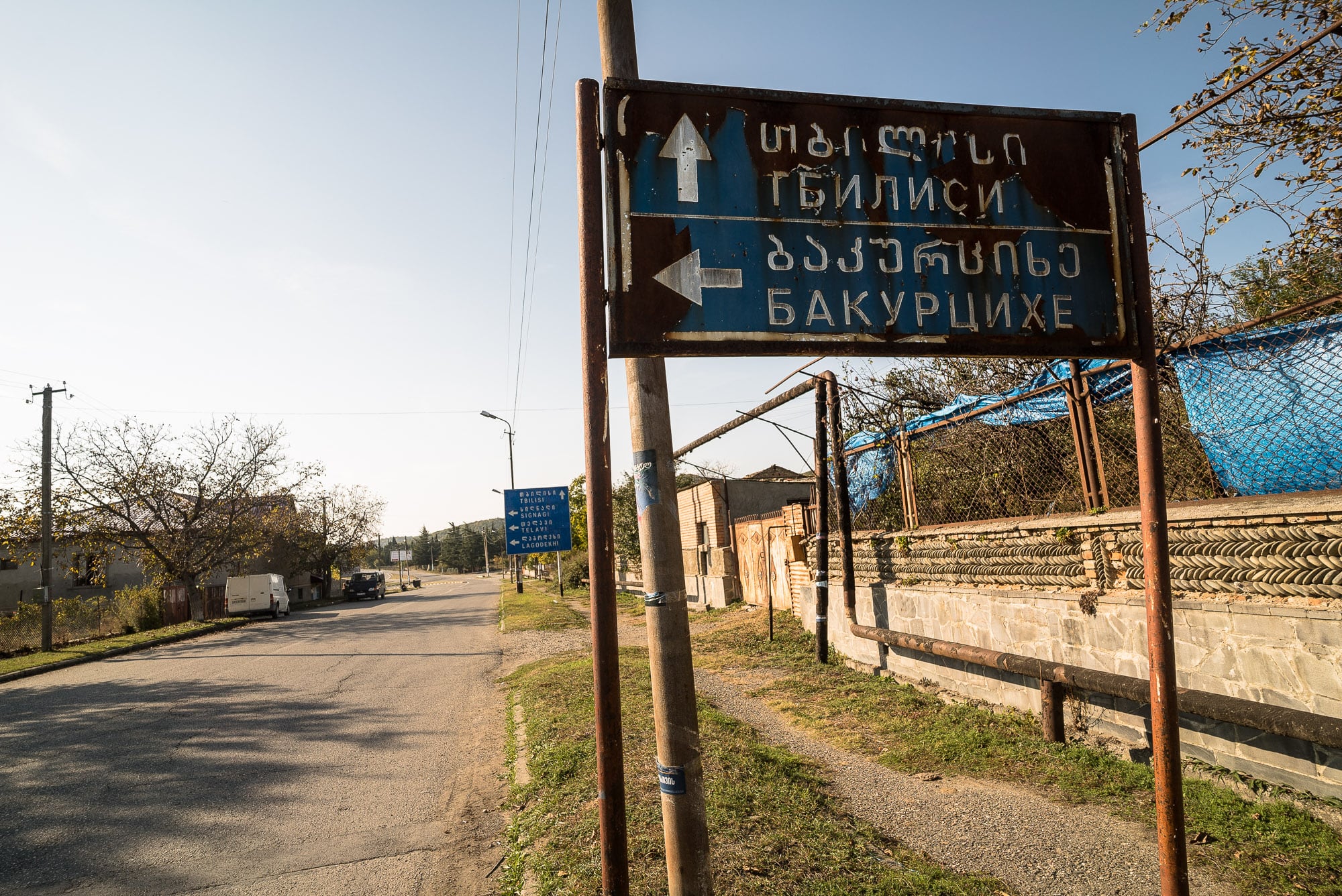 There was a wooden cross where someone had met destiny: 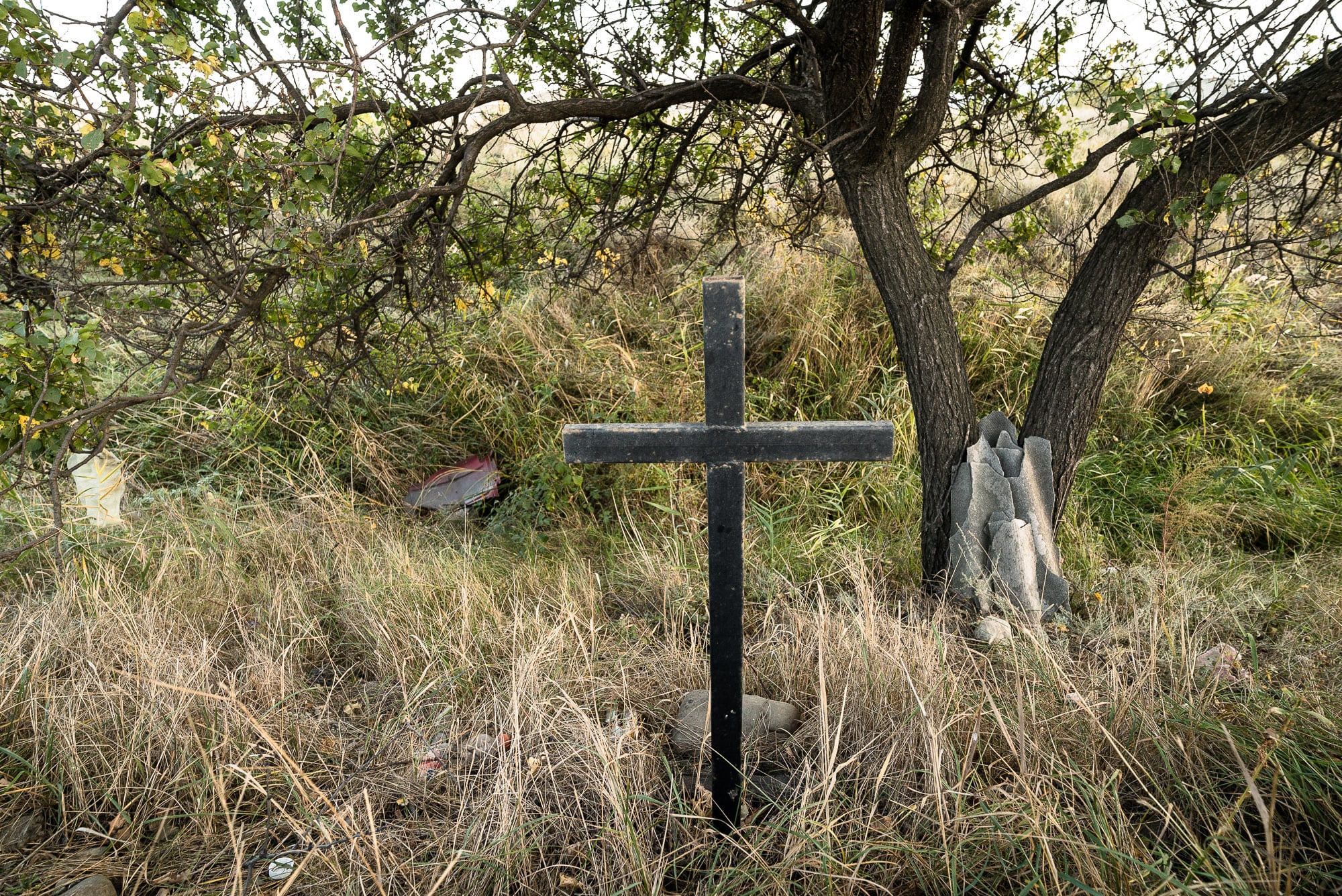 There was the open highway: 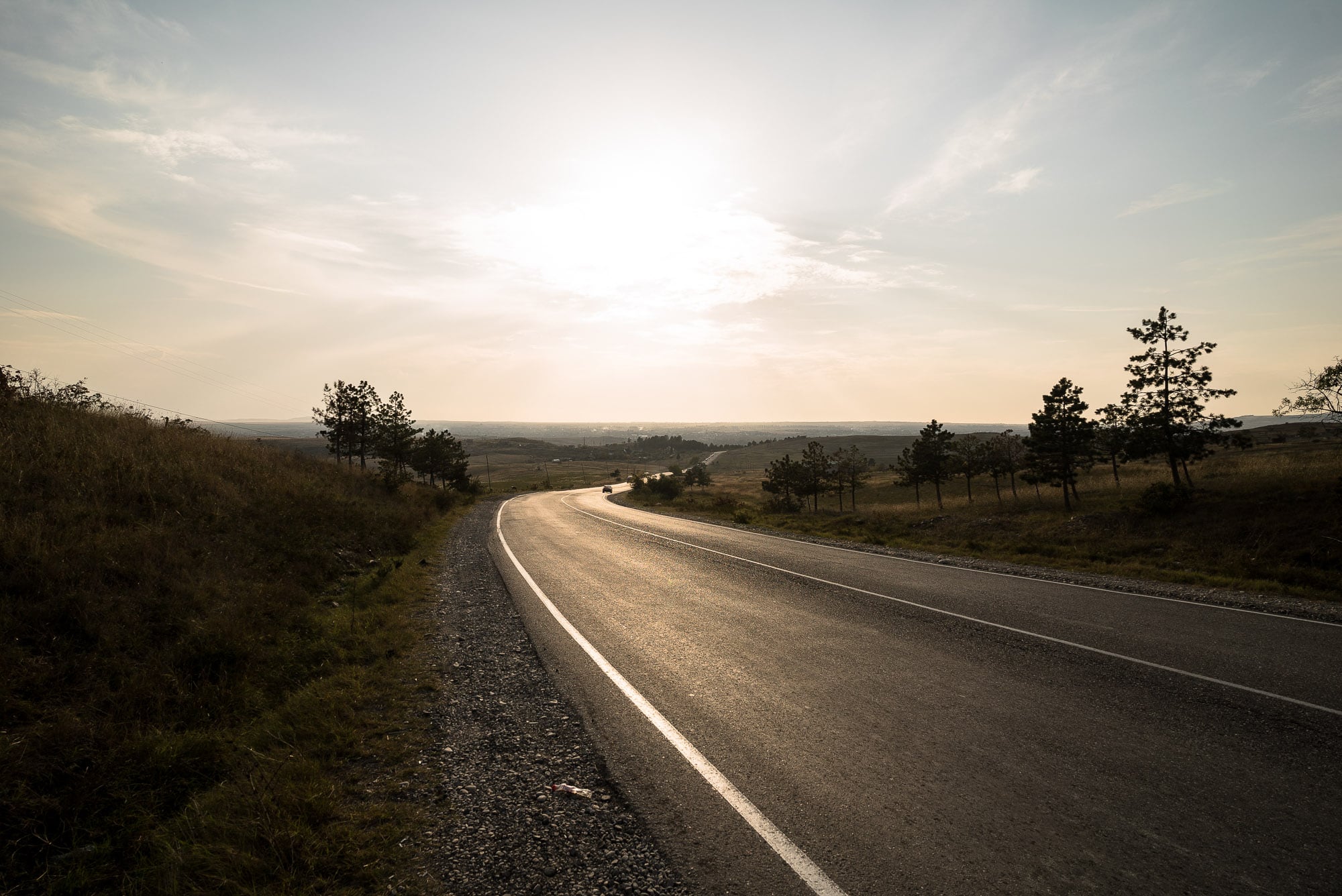 And there was a little village where people were just coming home from their grocery shopping: 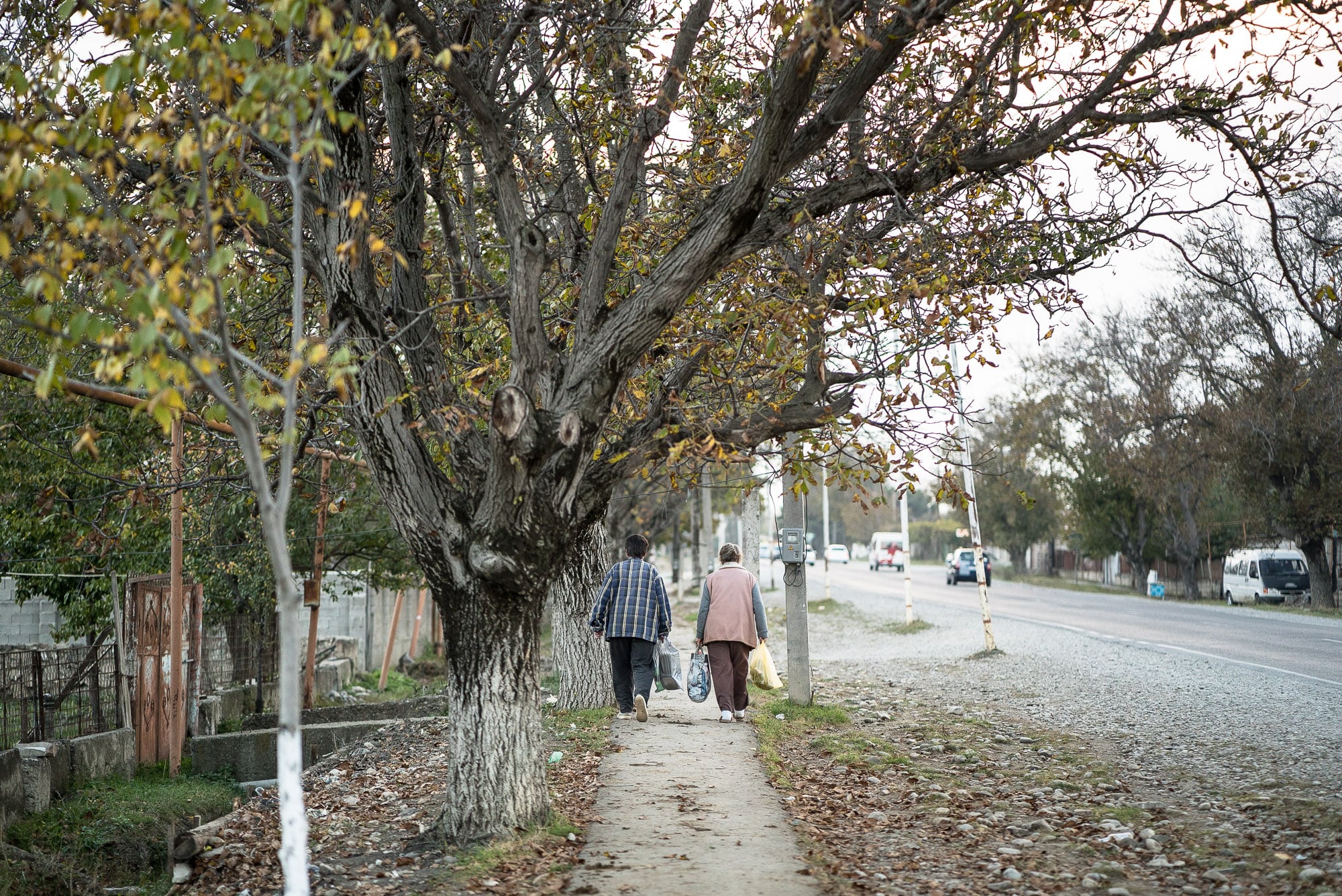 We walked into a beautiful sunset: 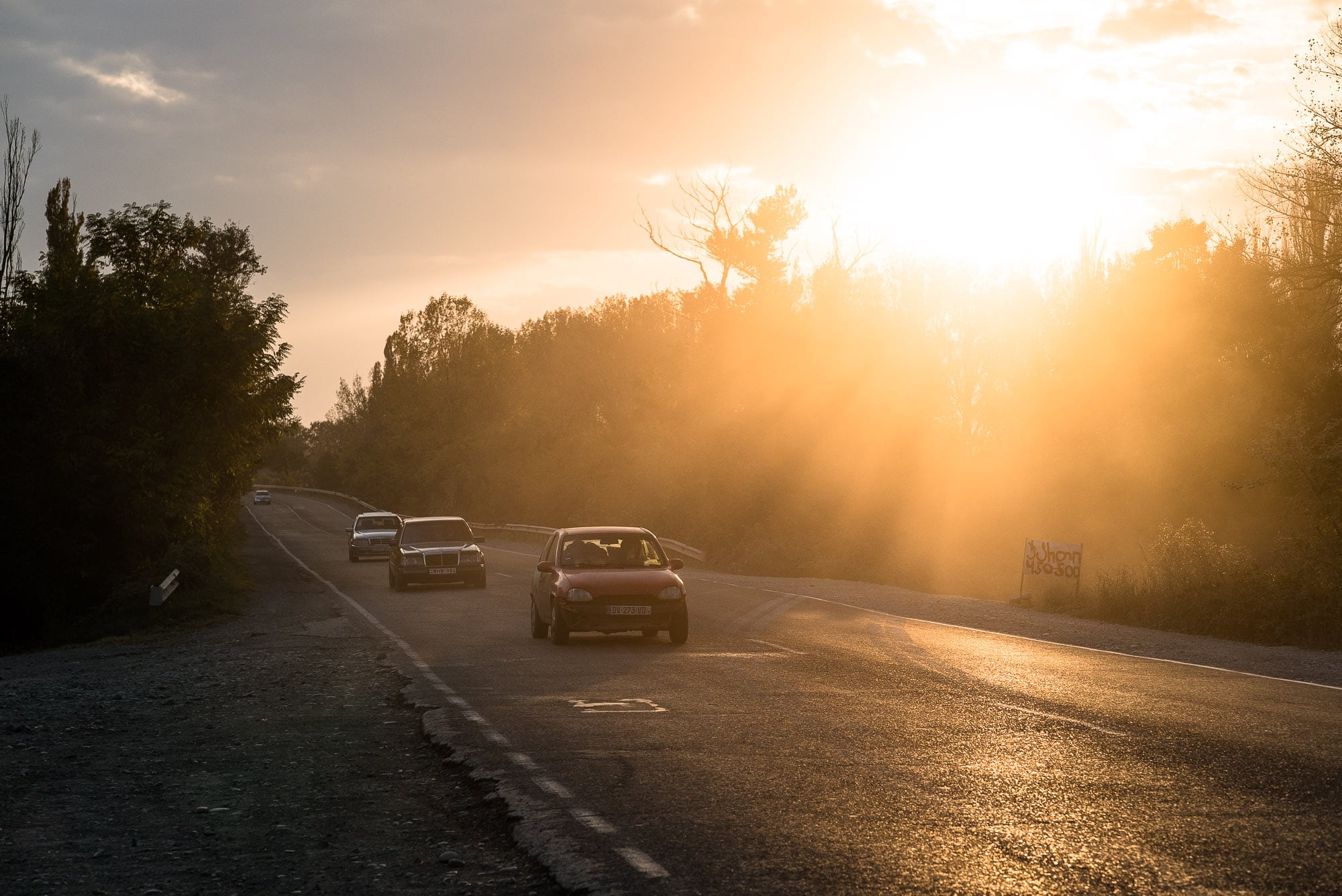 And then night fell, and the distance started to seem infinite: 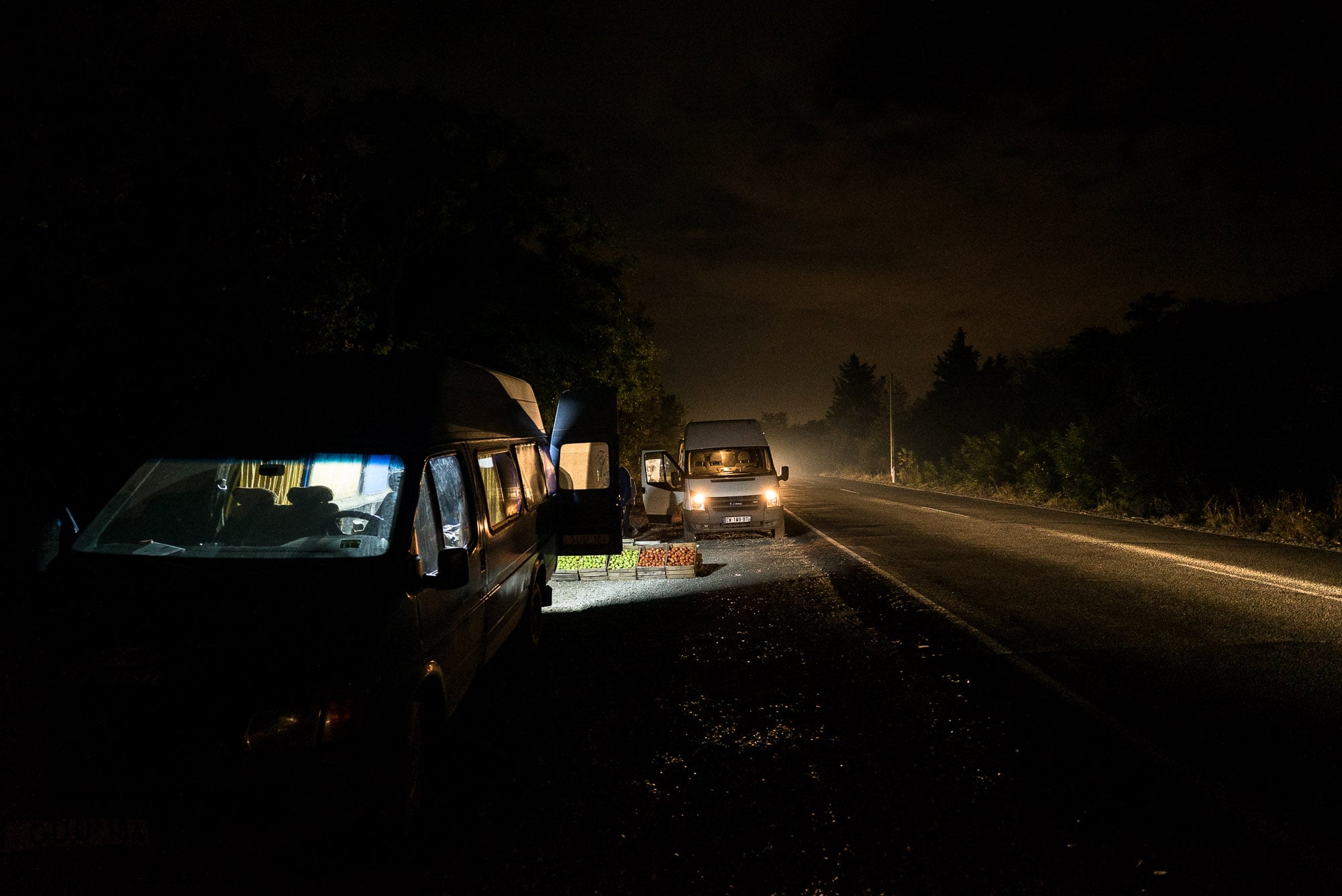 Exhausted to the point of dizziness, I stumbled through the darkness. The Caboose rolled softly behind me. Every once in a while there was an illuminated building: 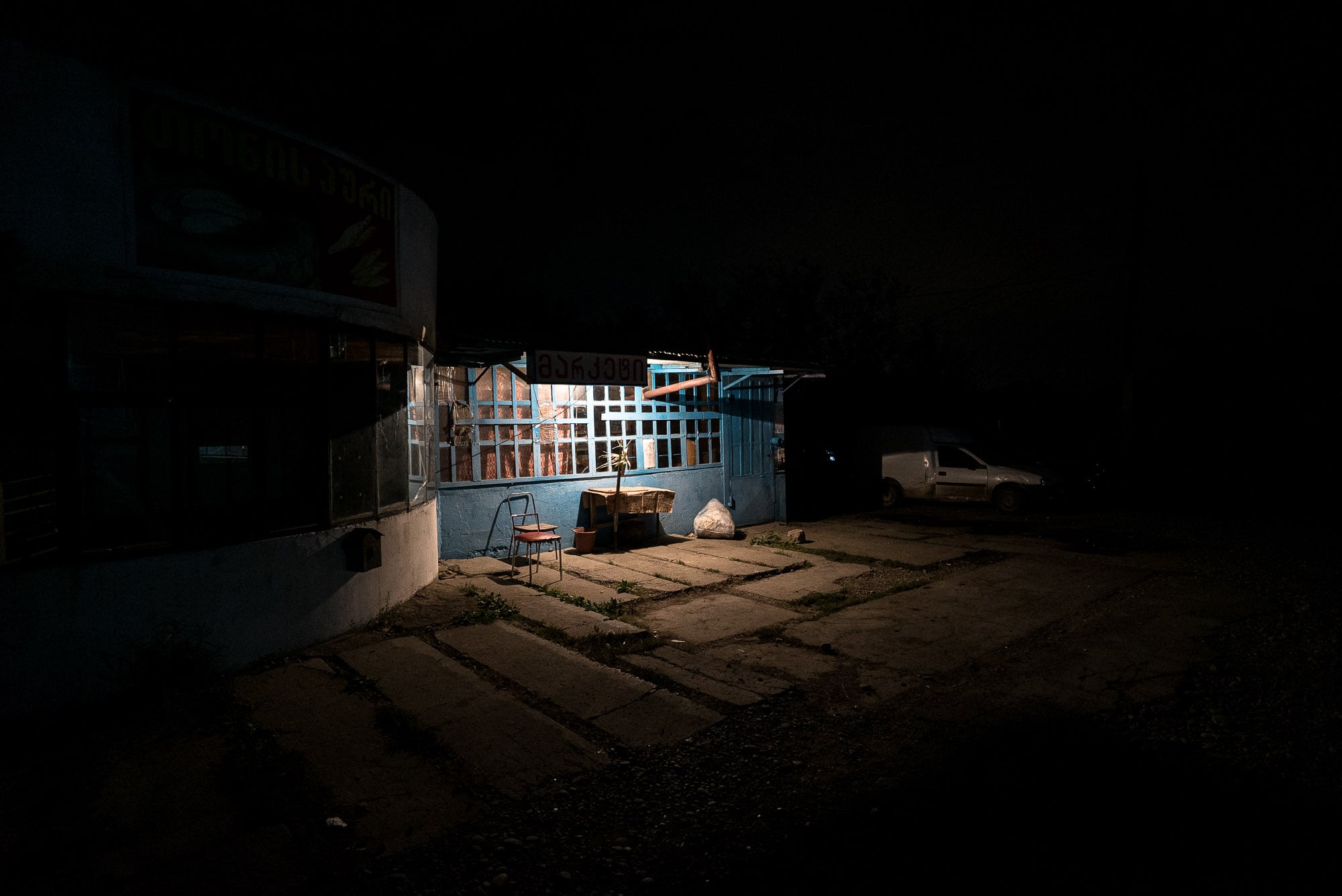 Yet somehow we made it to our destination.

Day 1269
from Manavi to Vaziani