I only saw the gate to a place where one could play miniature golf, though: 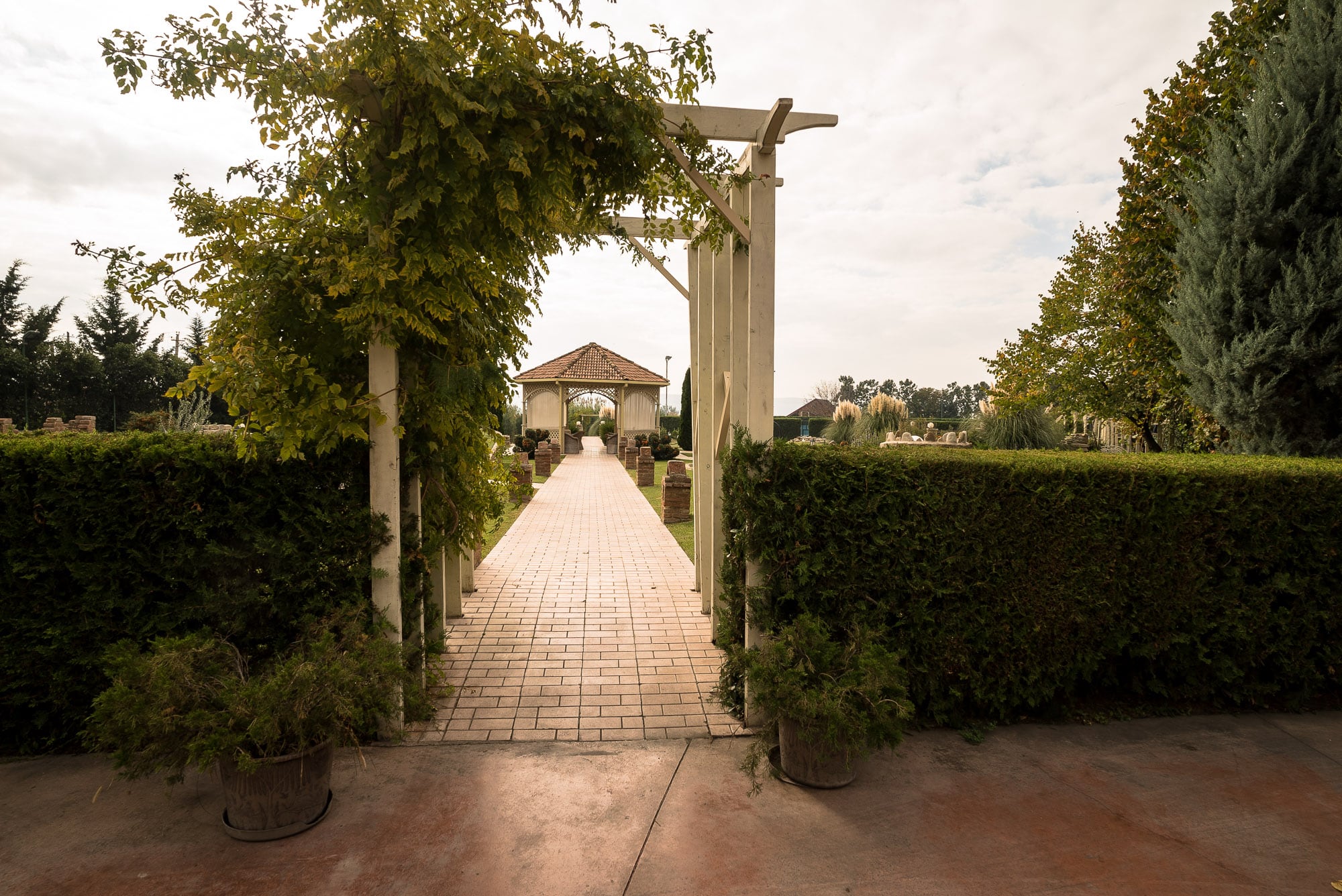 However, the breakfast buffet was the absolute bomb: 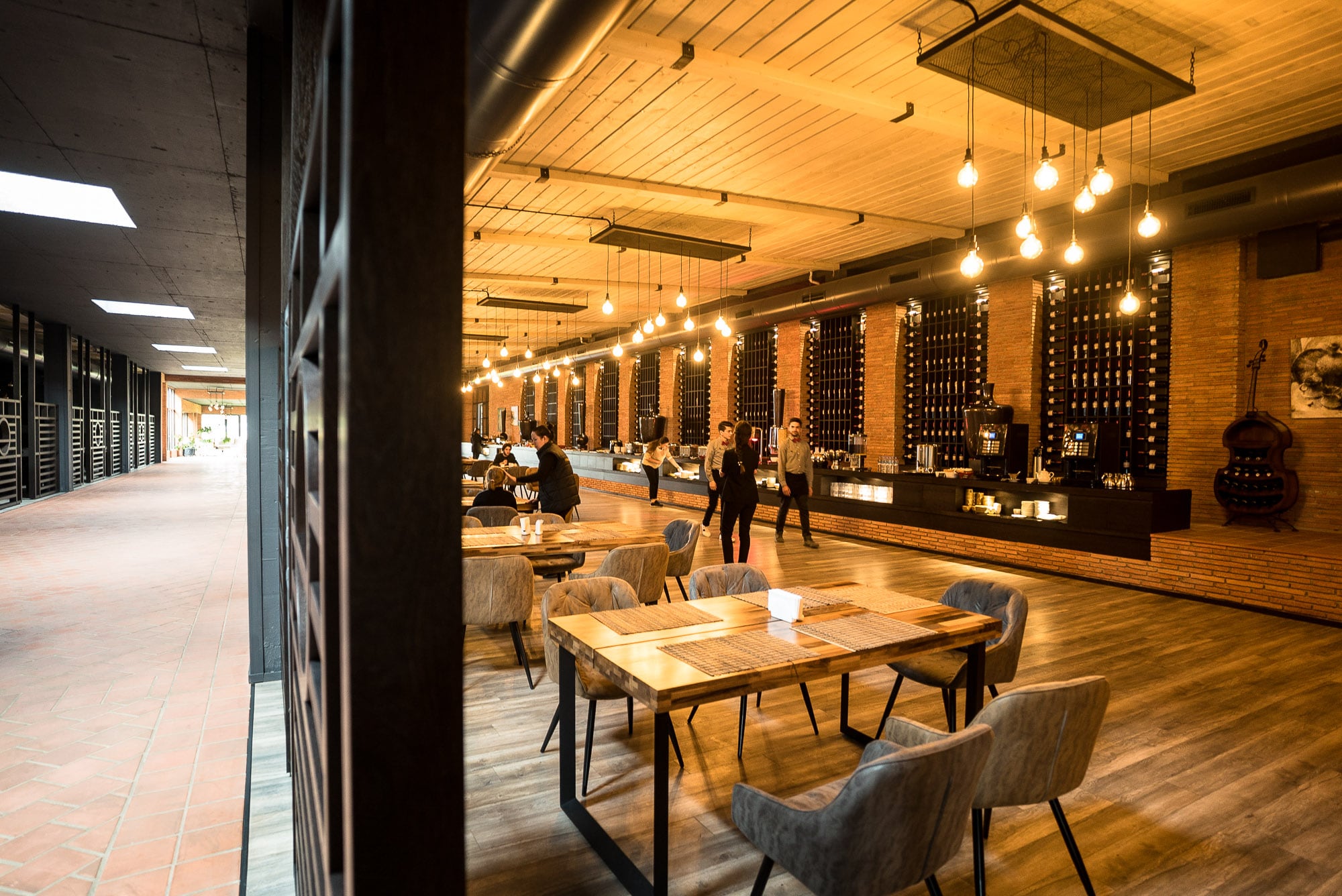 And then, when I wanted to leave, I was given a little card that I was supposed to present at the main gate: 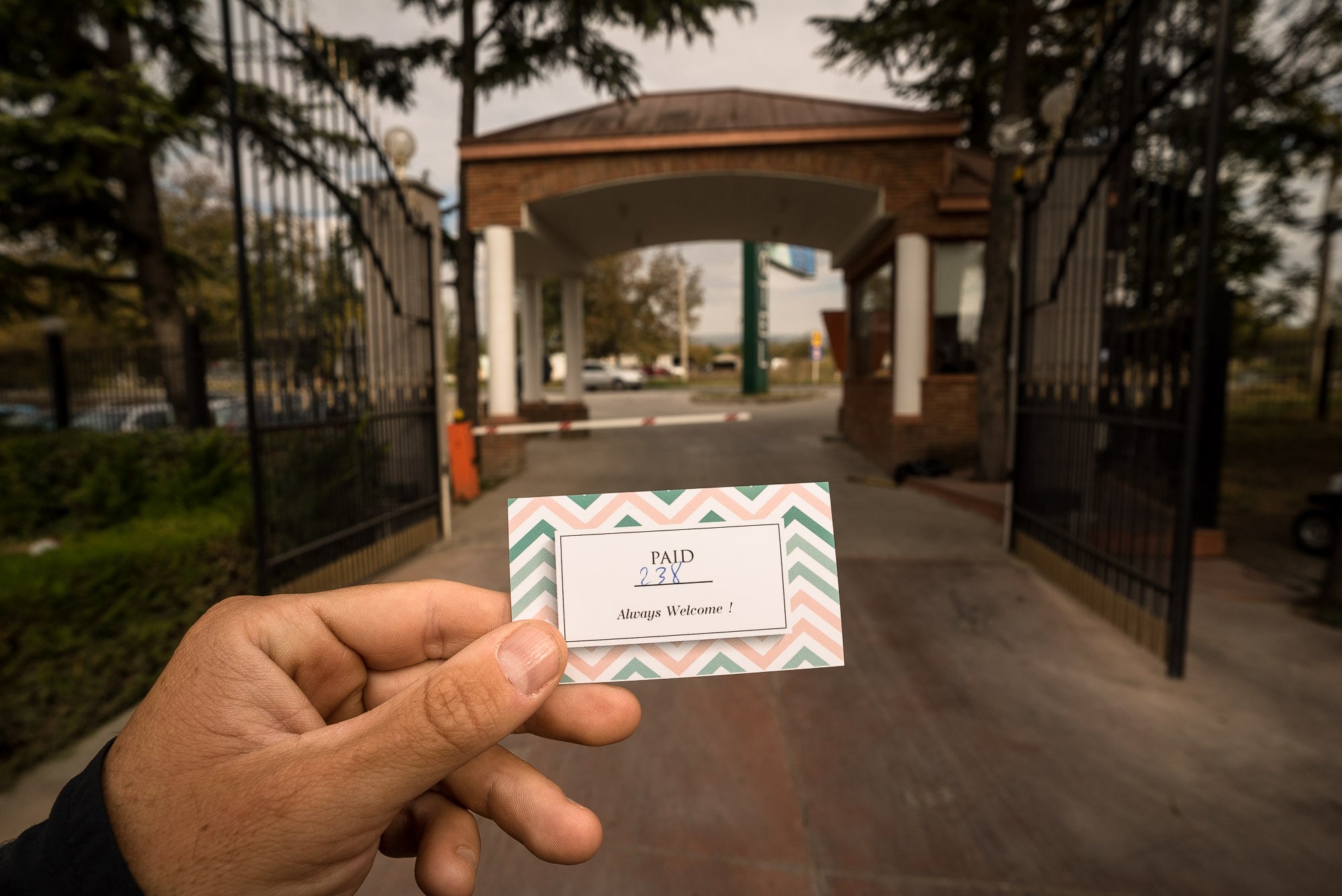 It meant to prove that I wasn’t about to leave without paying.

The road was easy, but I was tired: 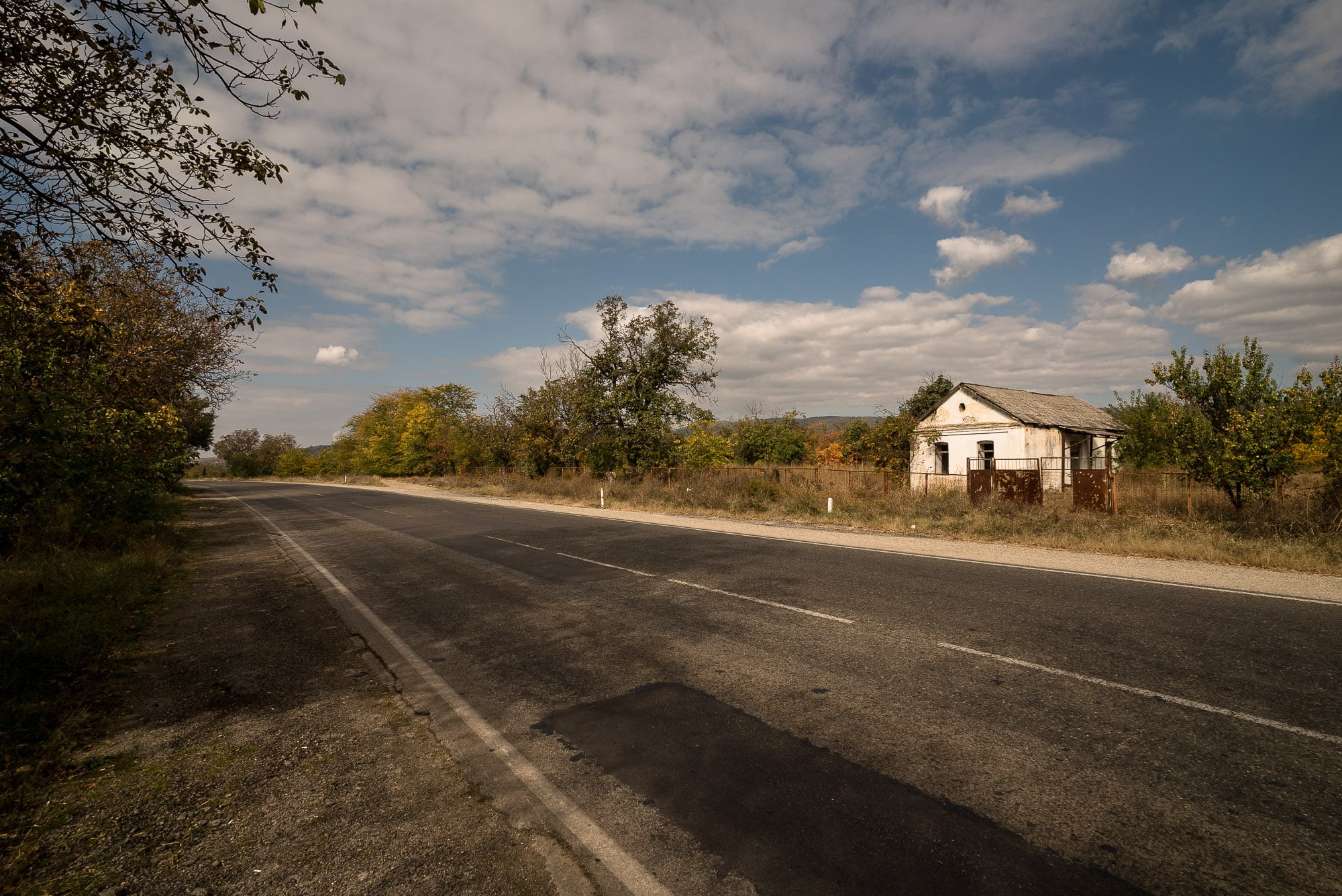 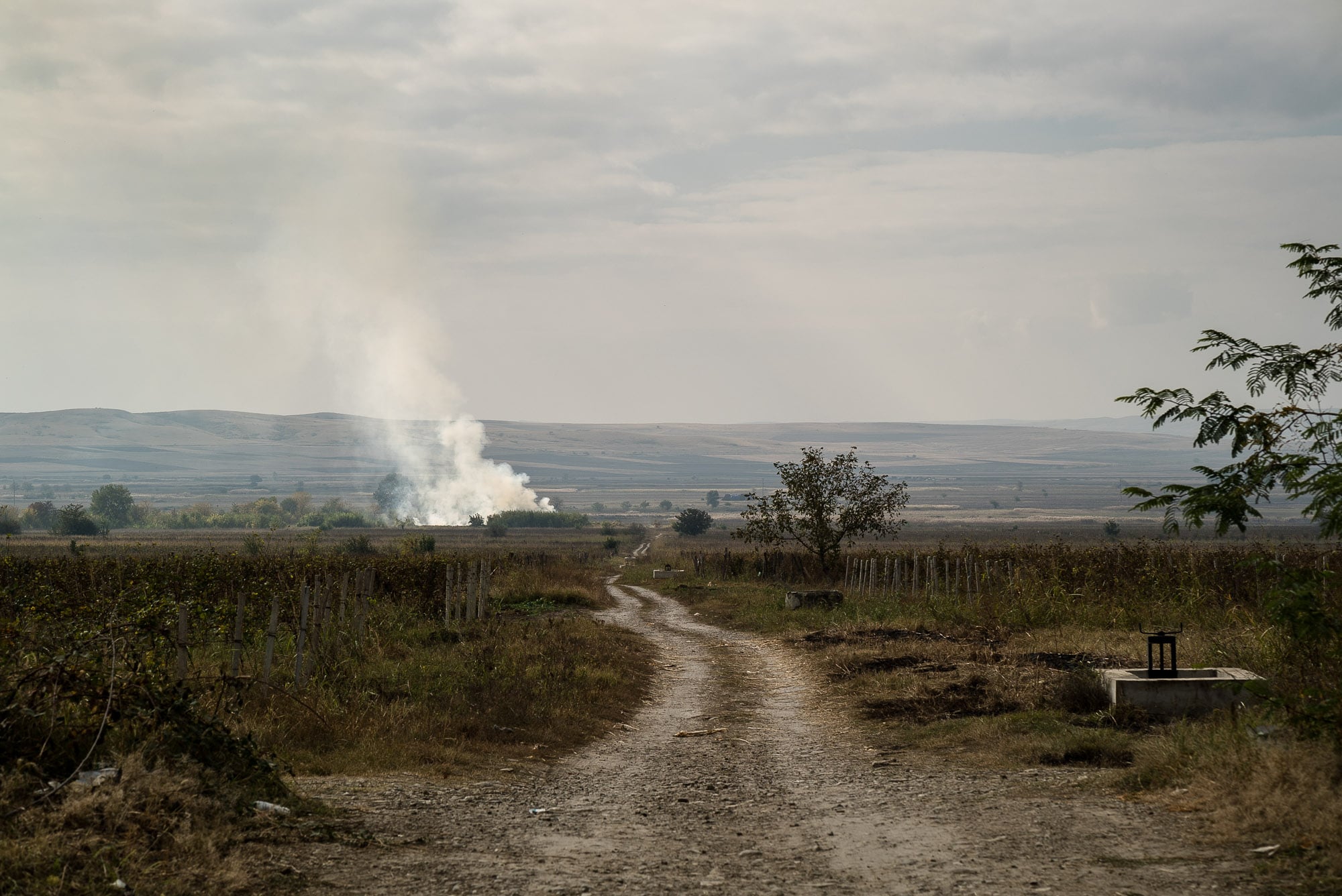 And where they were selling things: 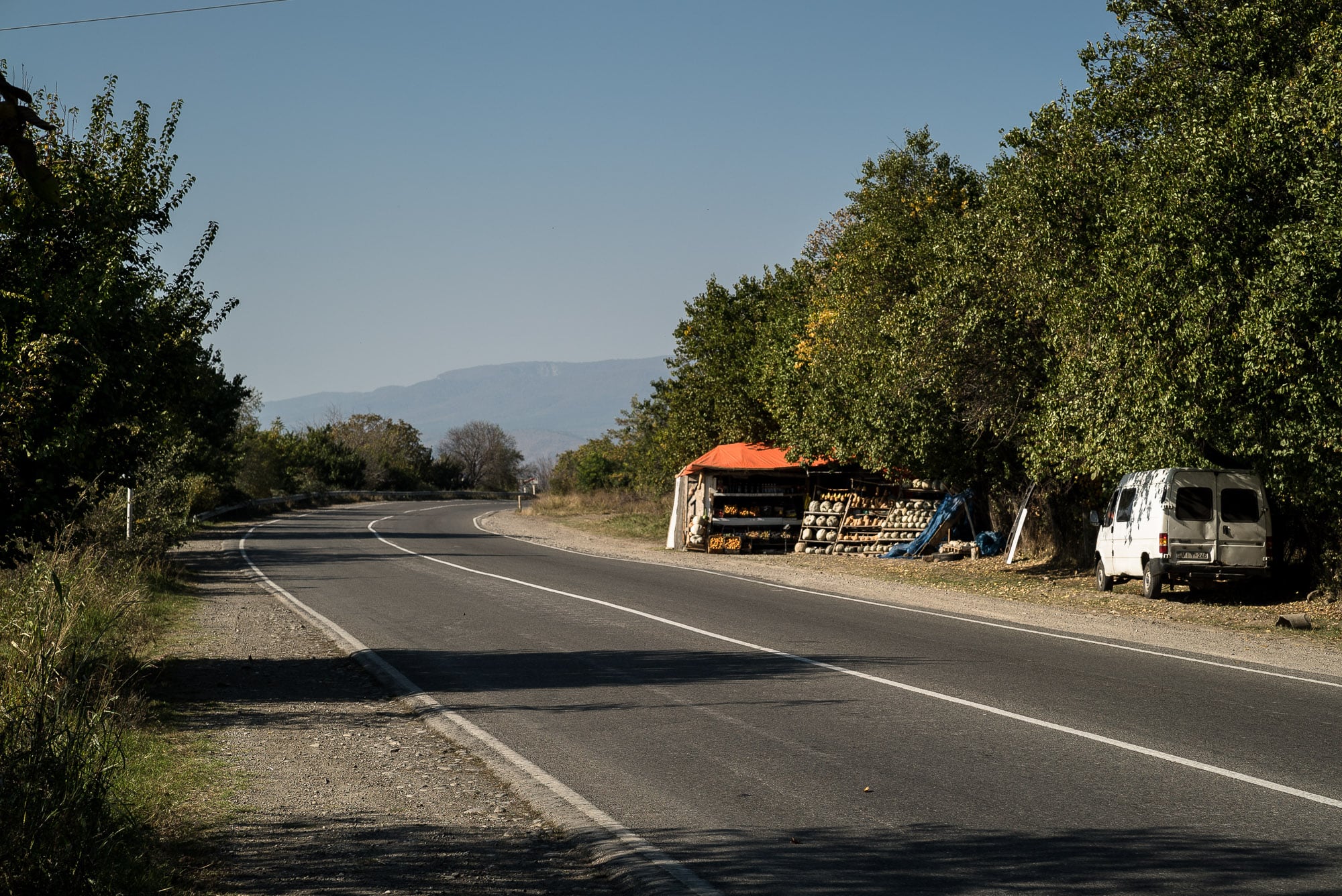 I had eaten a lot for breakfast, so it was easy to walk on my usual lunch of bread and tomatoes and apples. I ate some bread with honey, too: 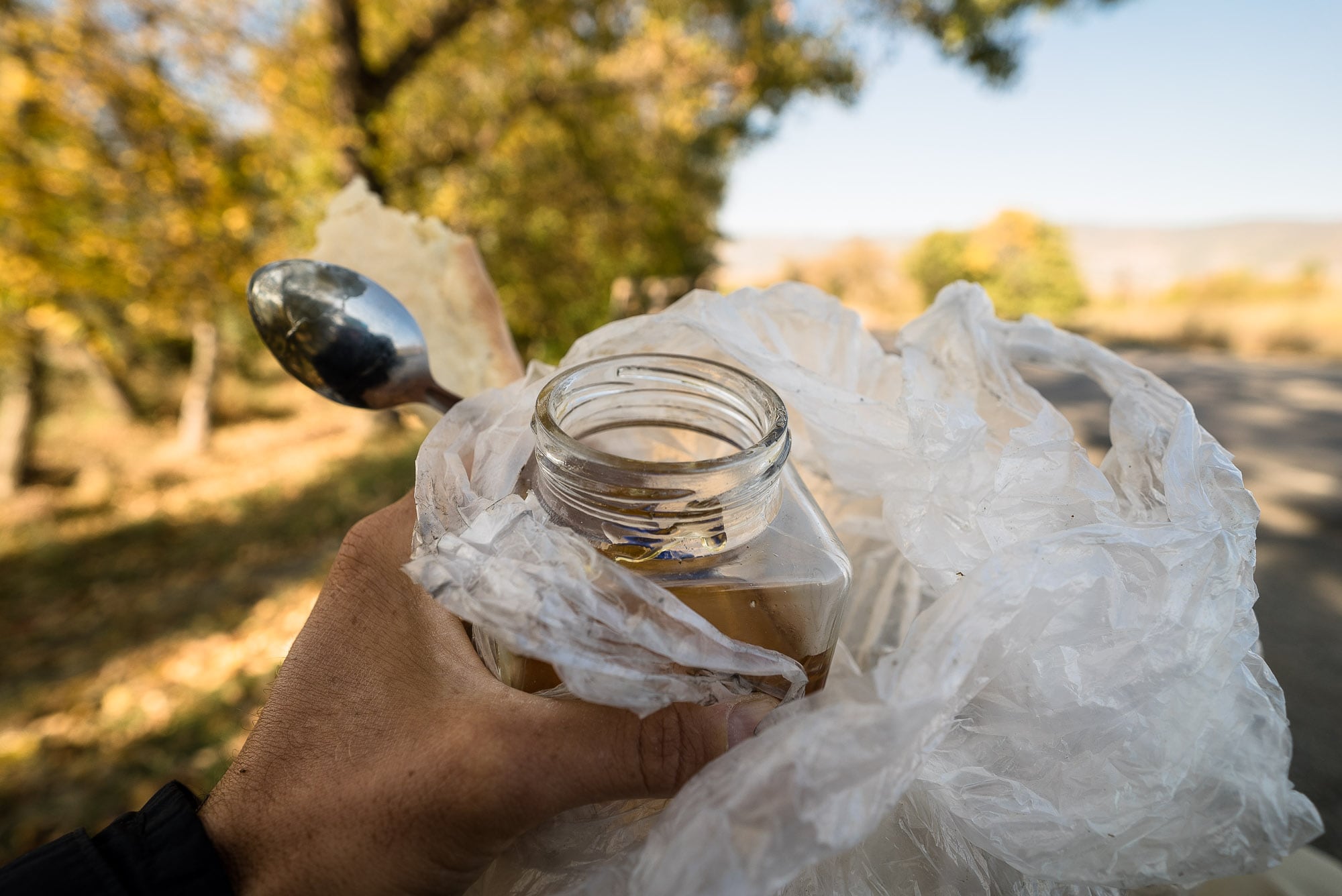 But I sat down often, and every time I did, the time I spent resting became a little bit longer: 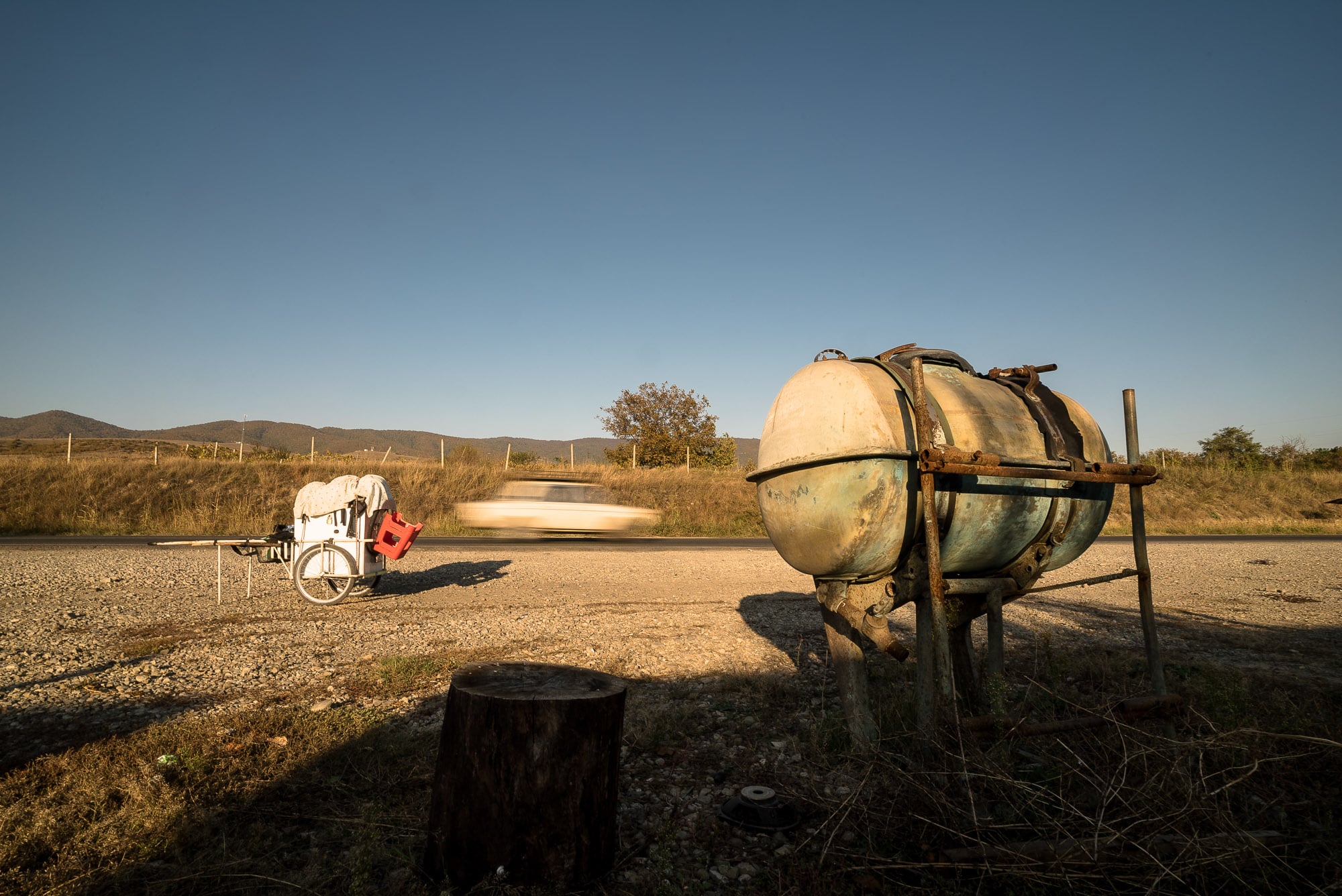 And then I found the castle: 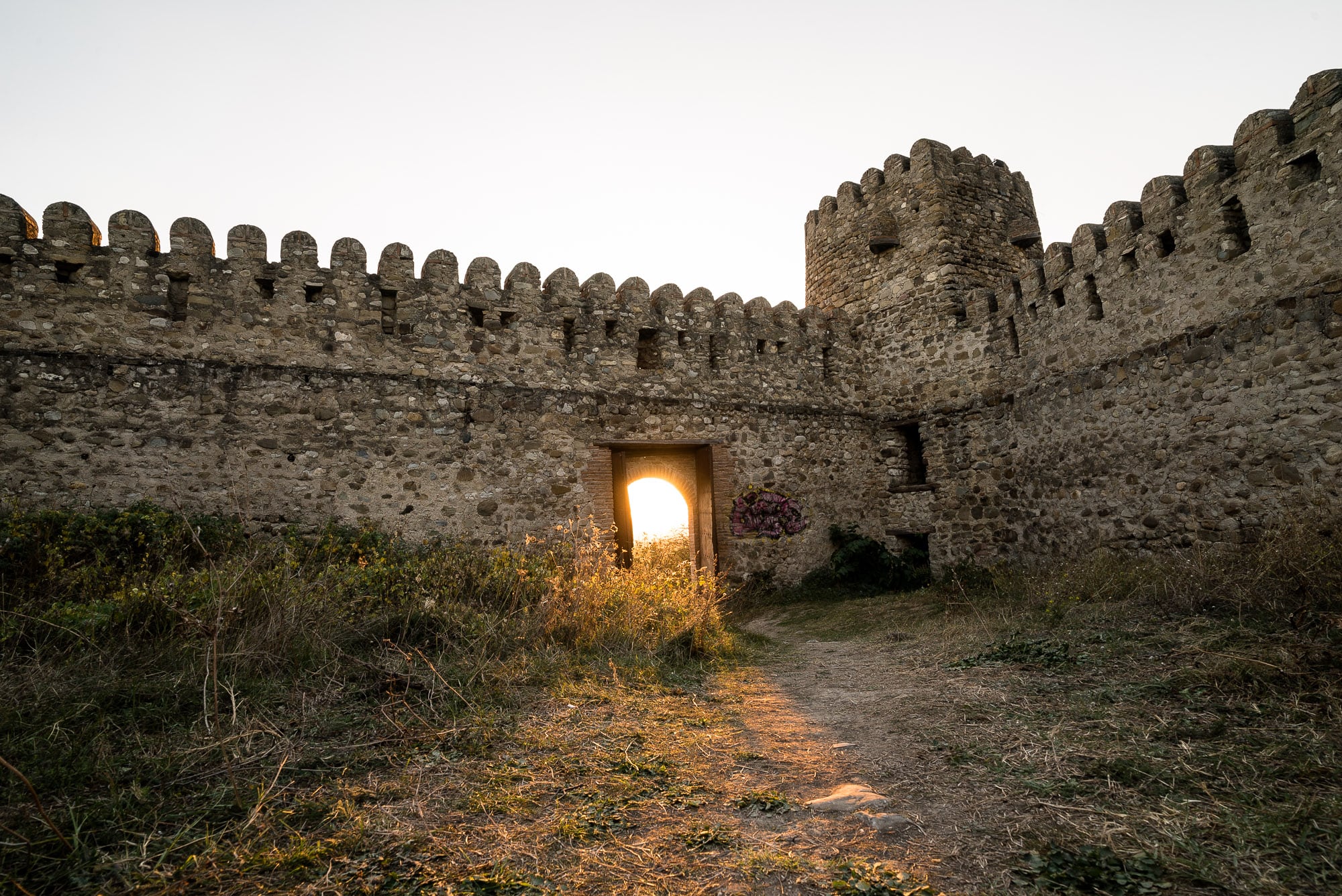 It was called Chailuri fortress, and it was supposed to be from the 16th century: 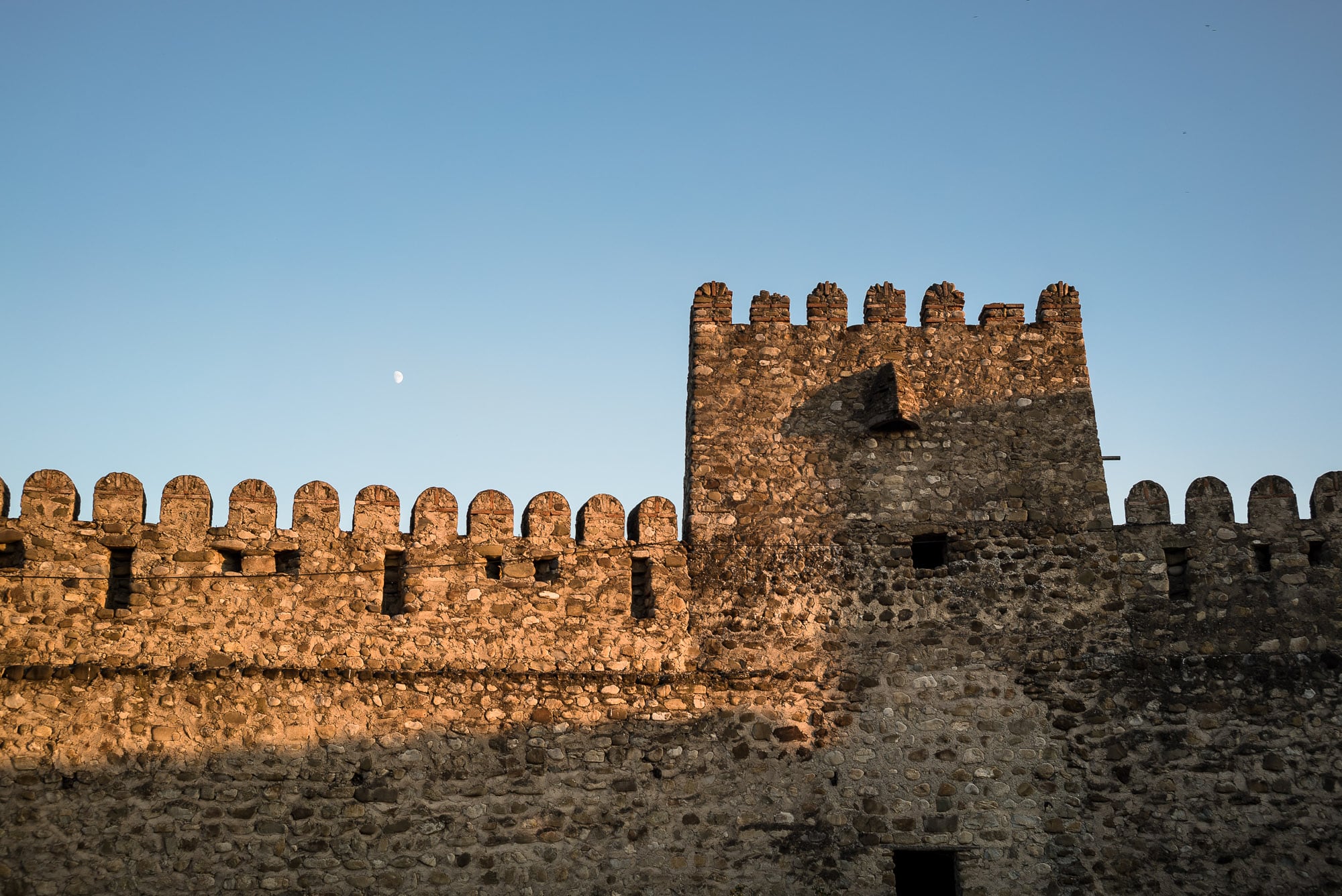 Now you’re probably wondering why everything still looks this good if Chailuri is supposed to be five centuries old: 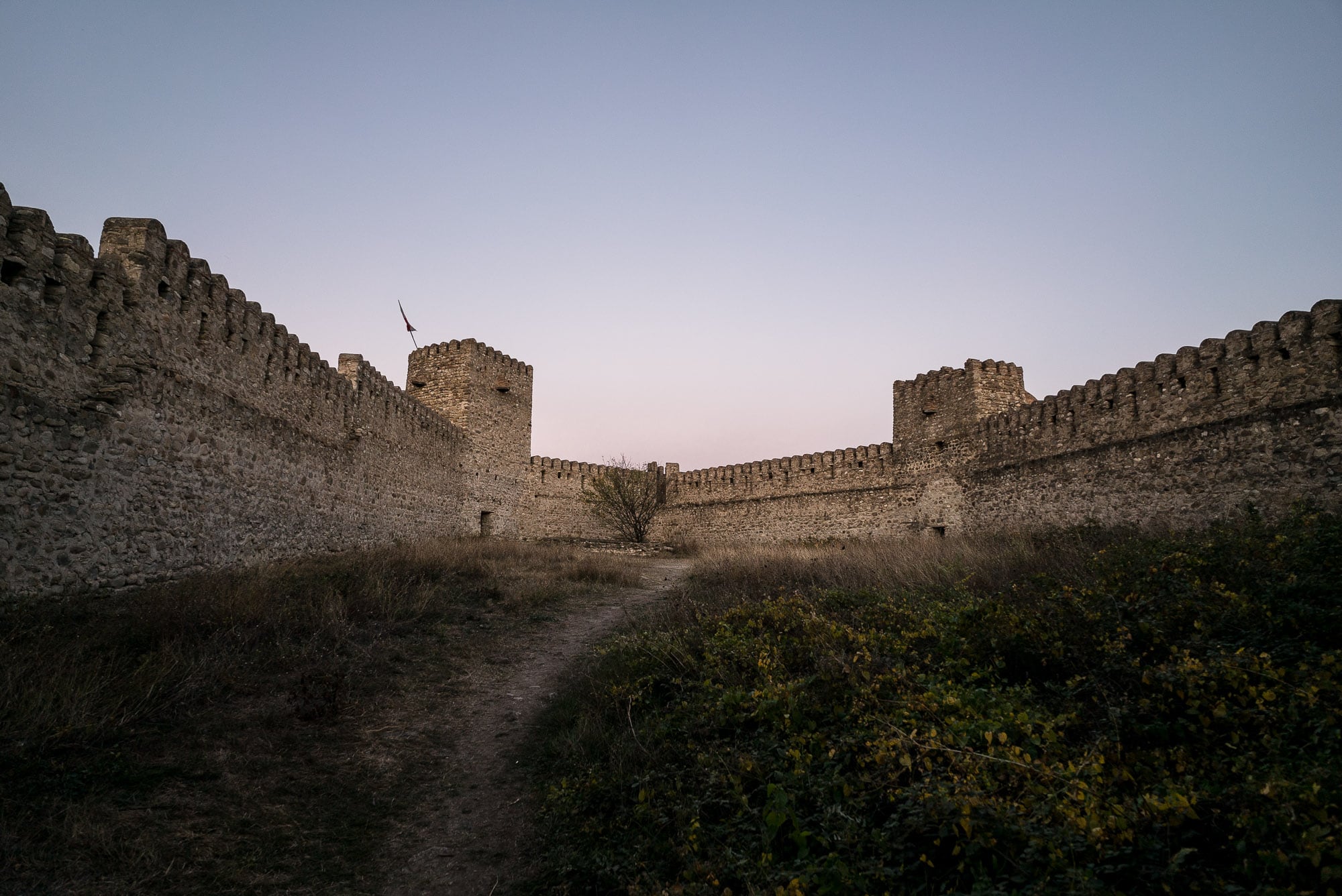 There were massive reconstructive efforts in the late 20th century, for better or for worse. 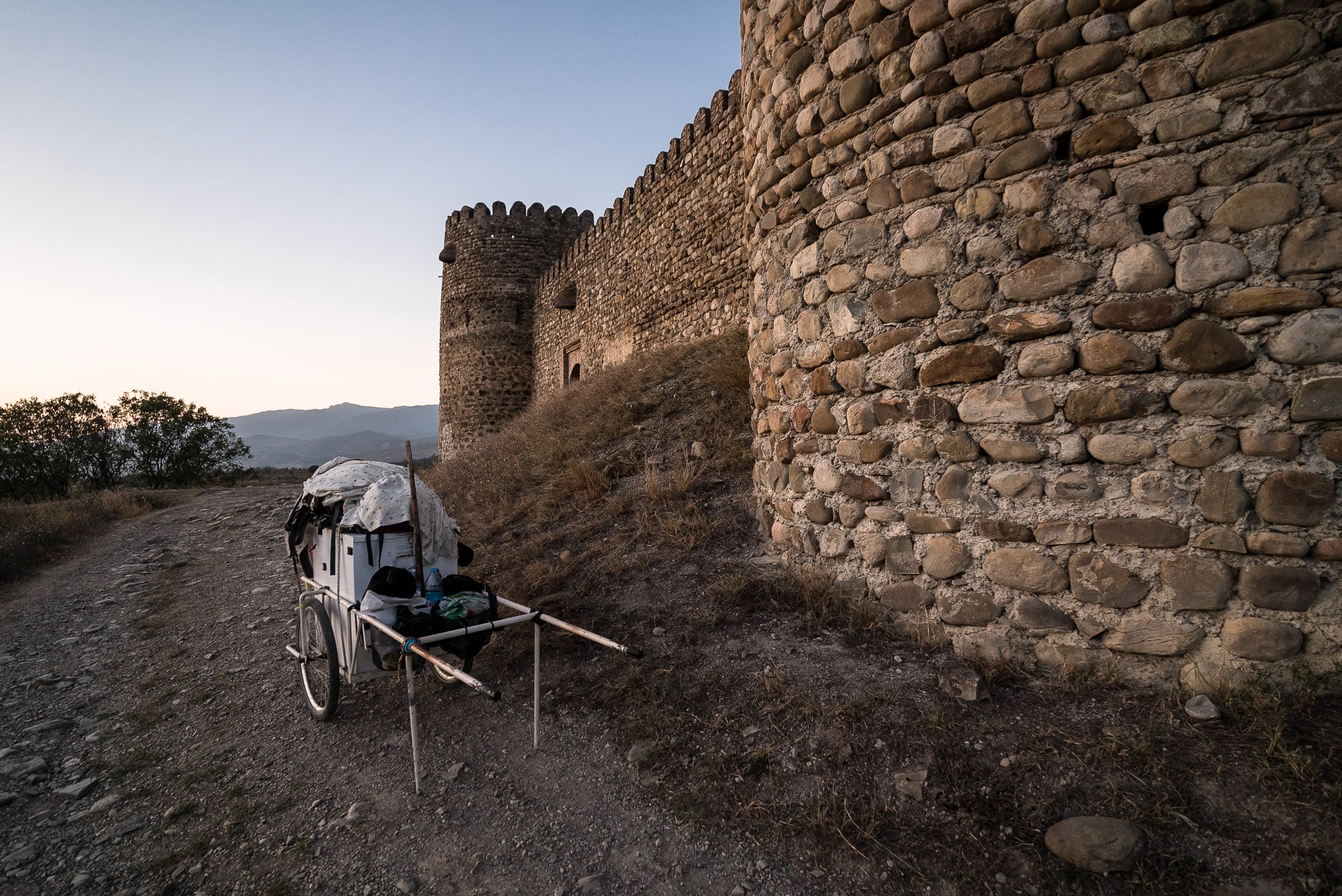 I droned the hell out of the place: 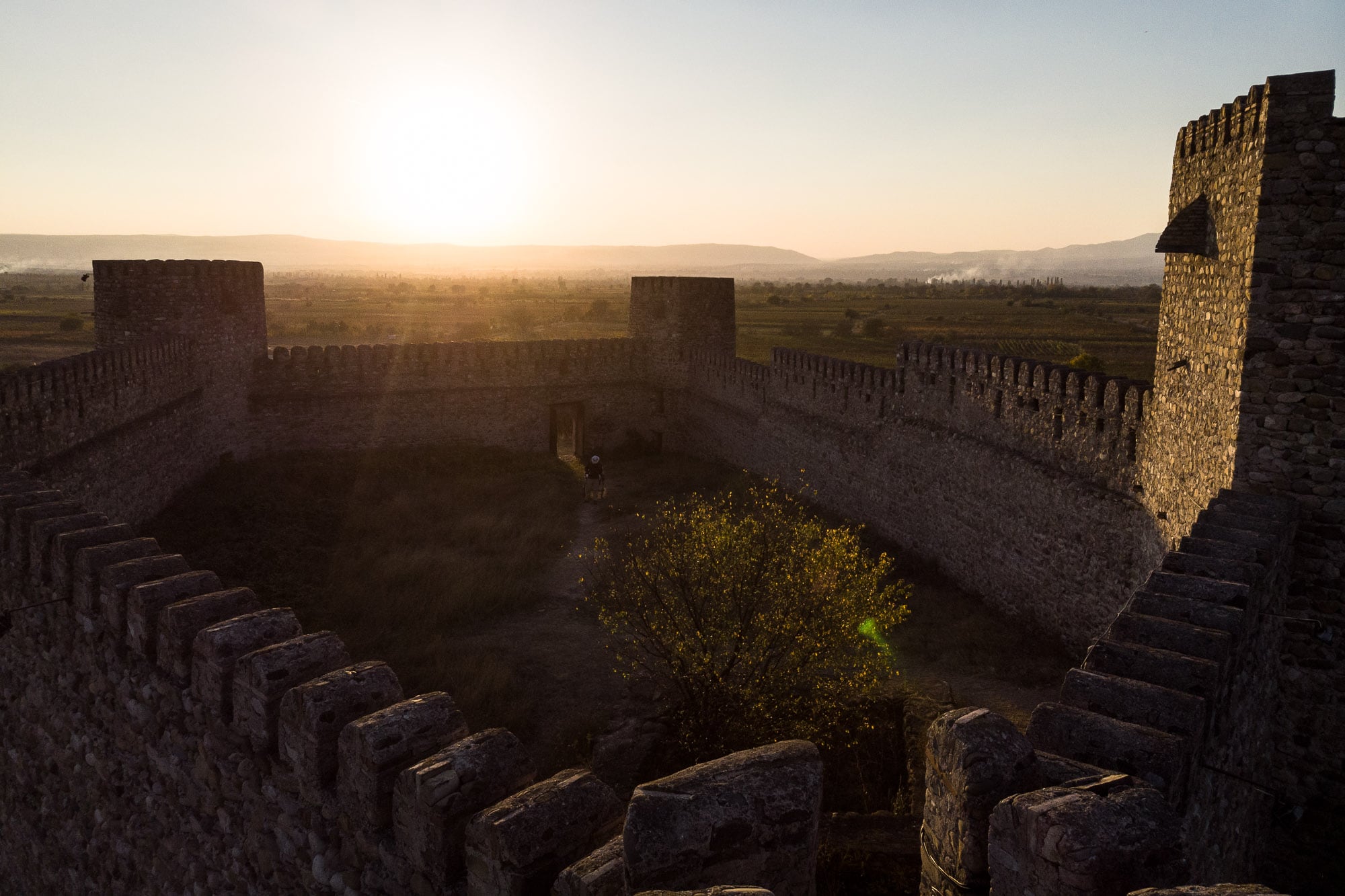 And then I said goodbye: 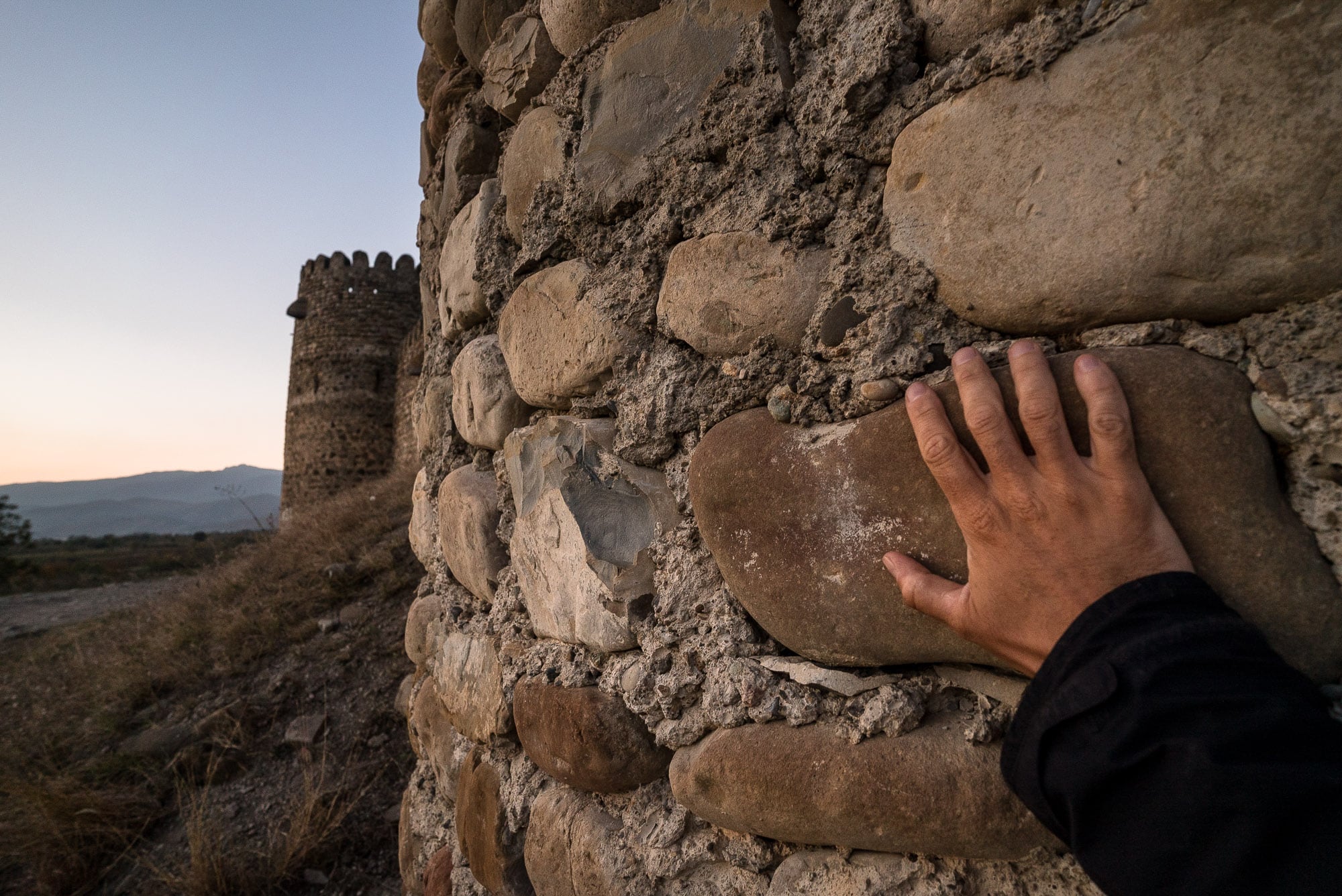 Being slowed down by exhaustion and having spent that much time at the fortress meant having to walk through the night once more: 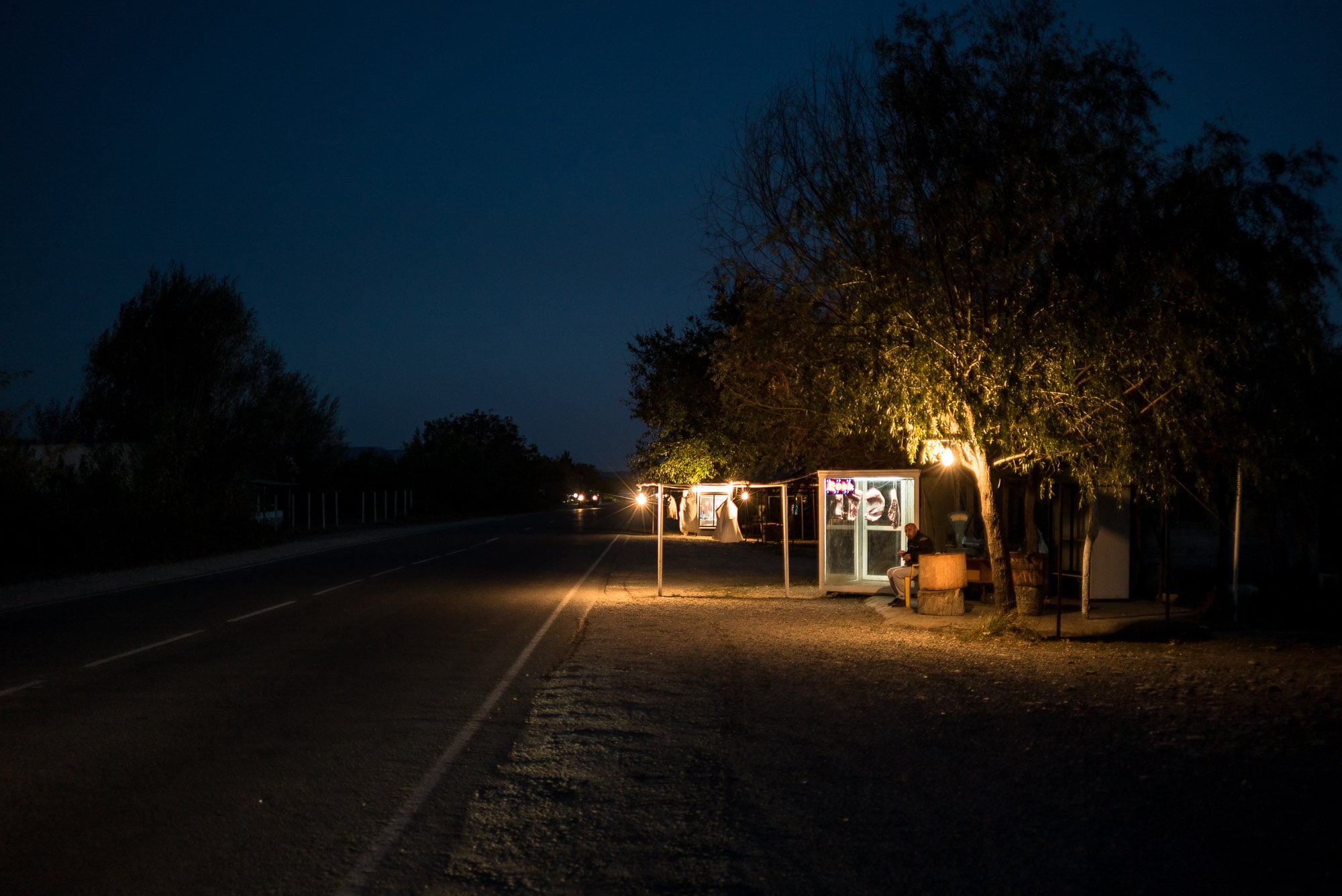 It was a rather busy road, and sometimes there were little food stands on the side: 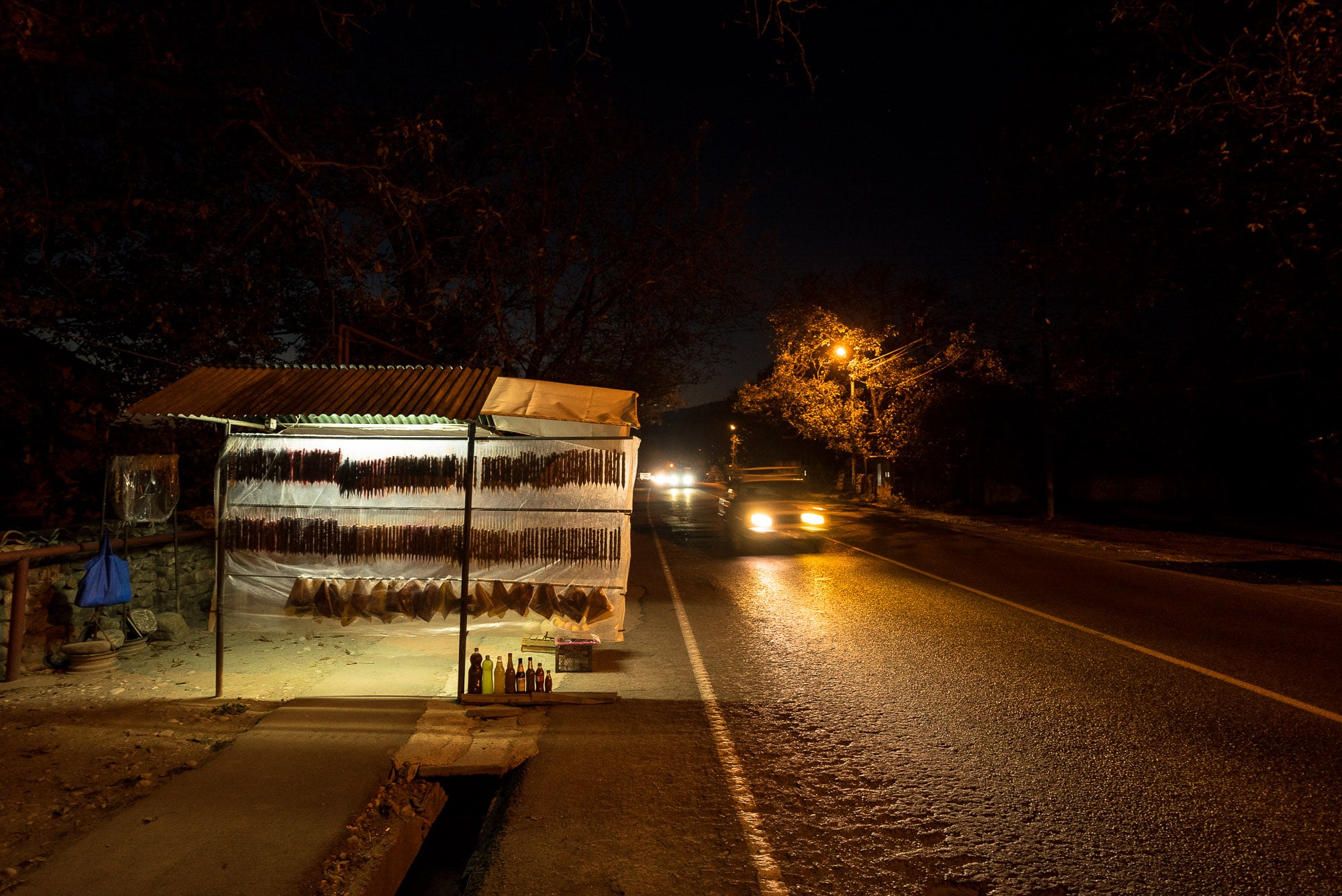 I left the road near this cross: 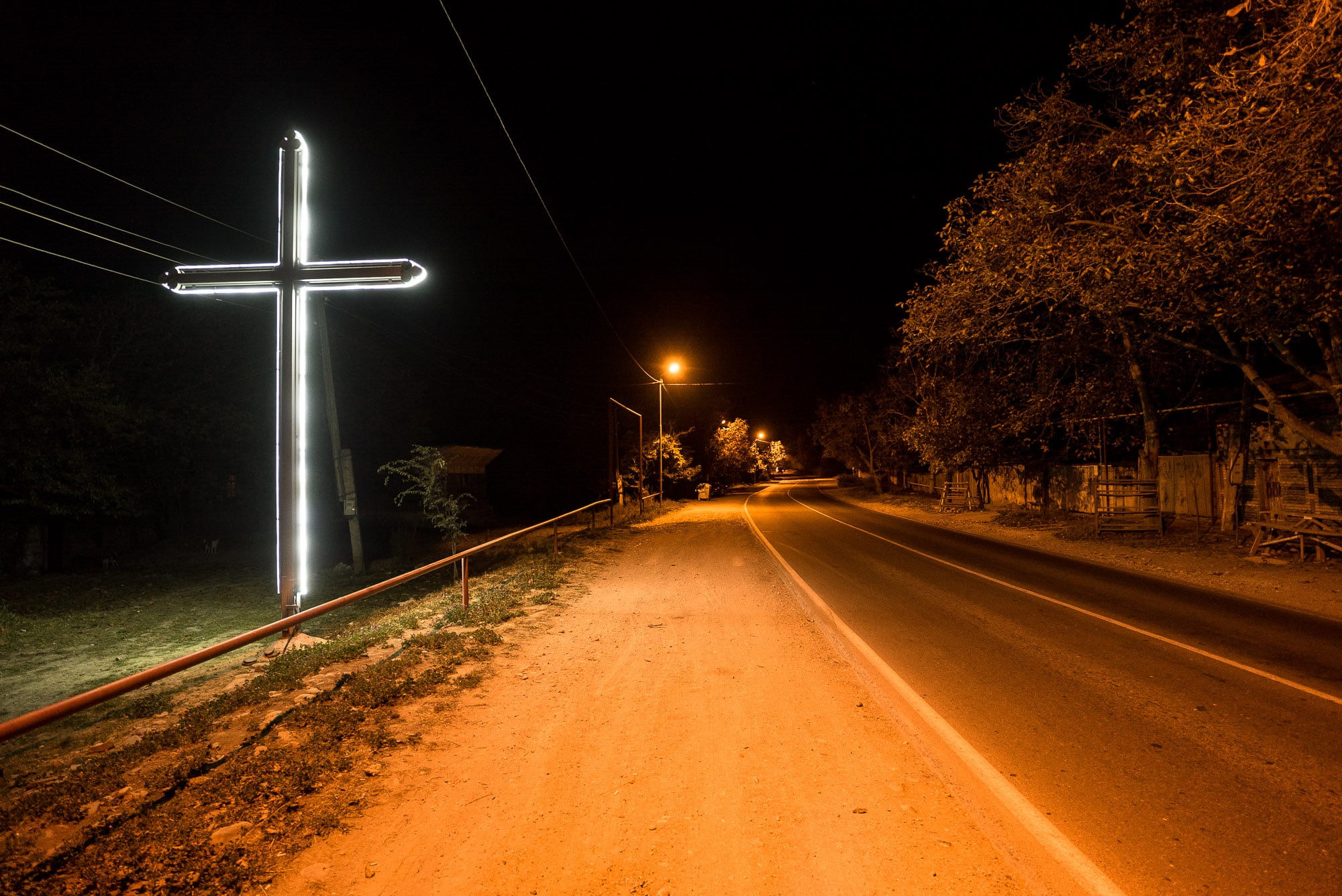 And I walked up a village road that was absolutely dark, and it took a little while until I came to a house that was supposed to be renting out a spare room: 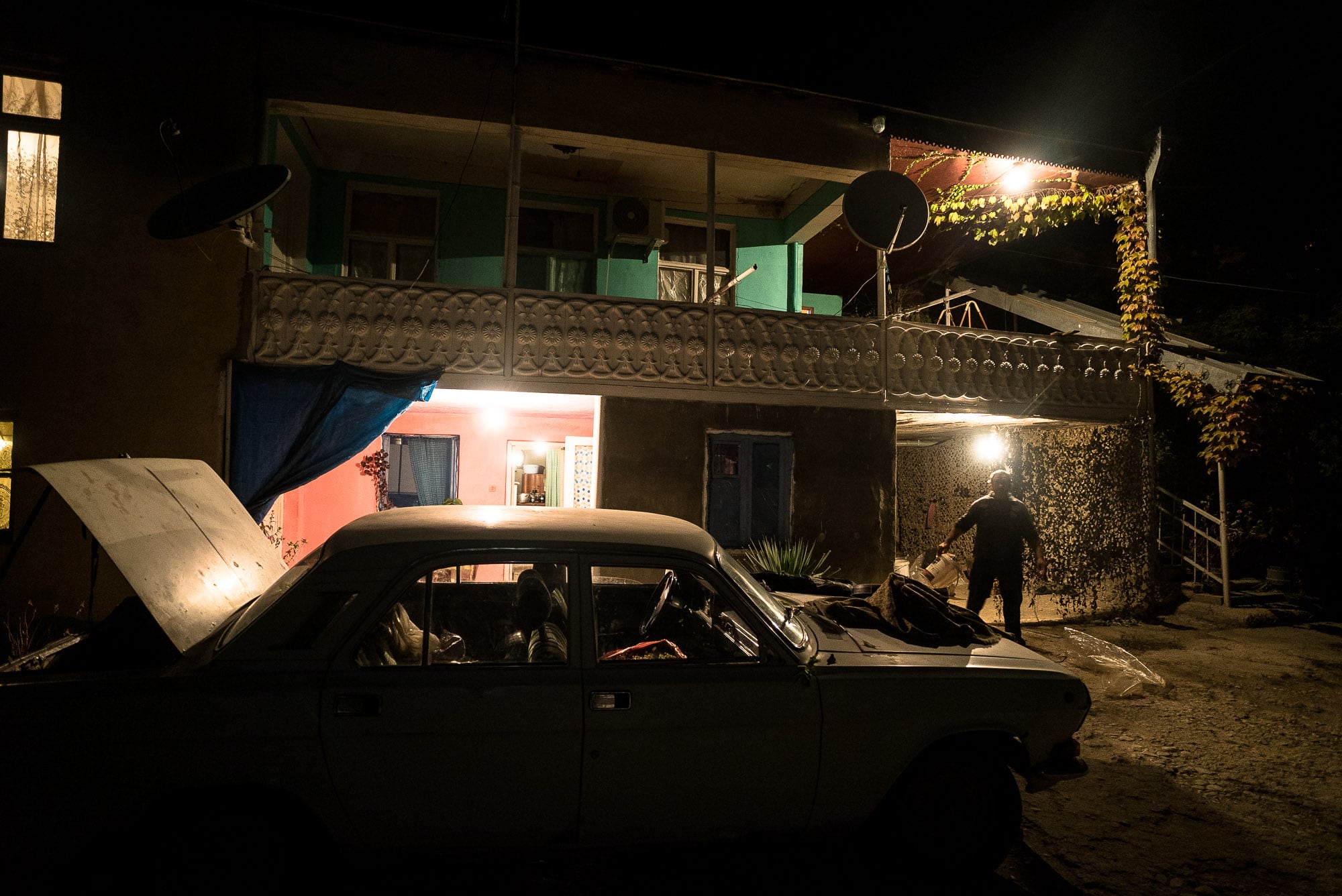 The owners were busy making wine: 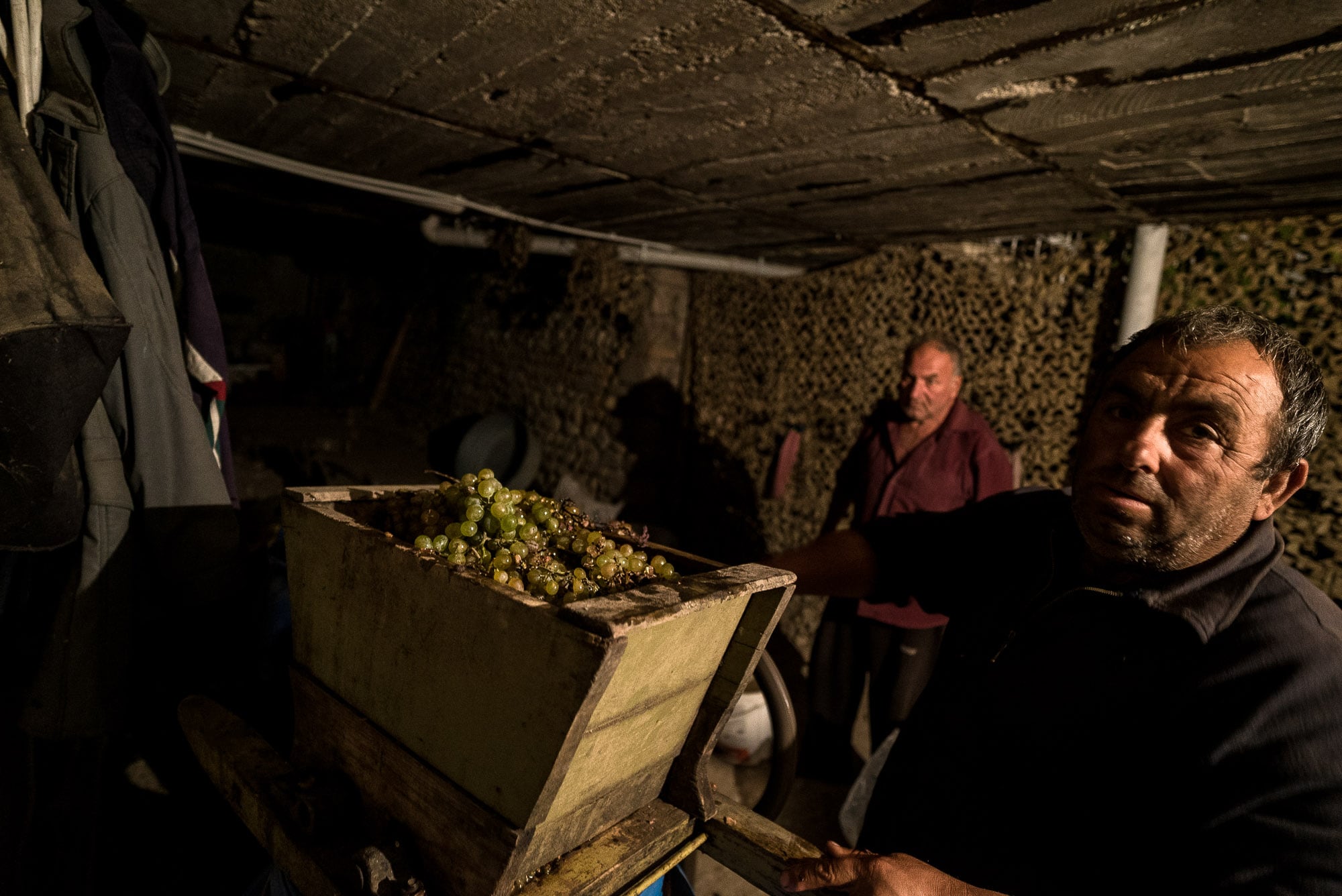 They were crushing grapes in this wooden device: 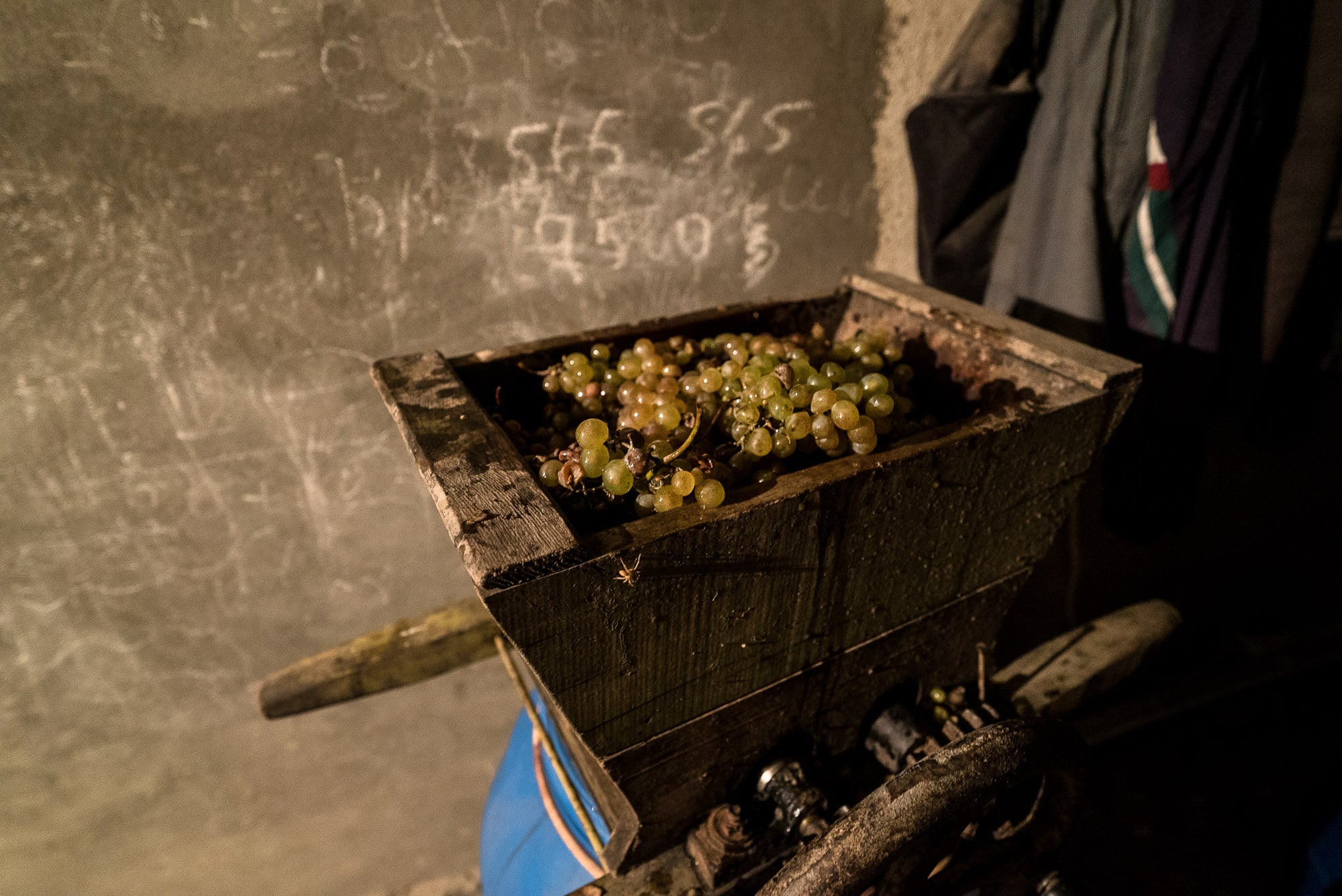 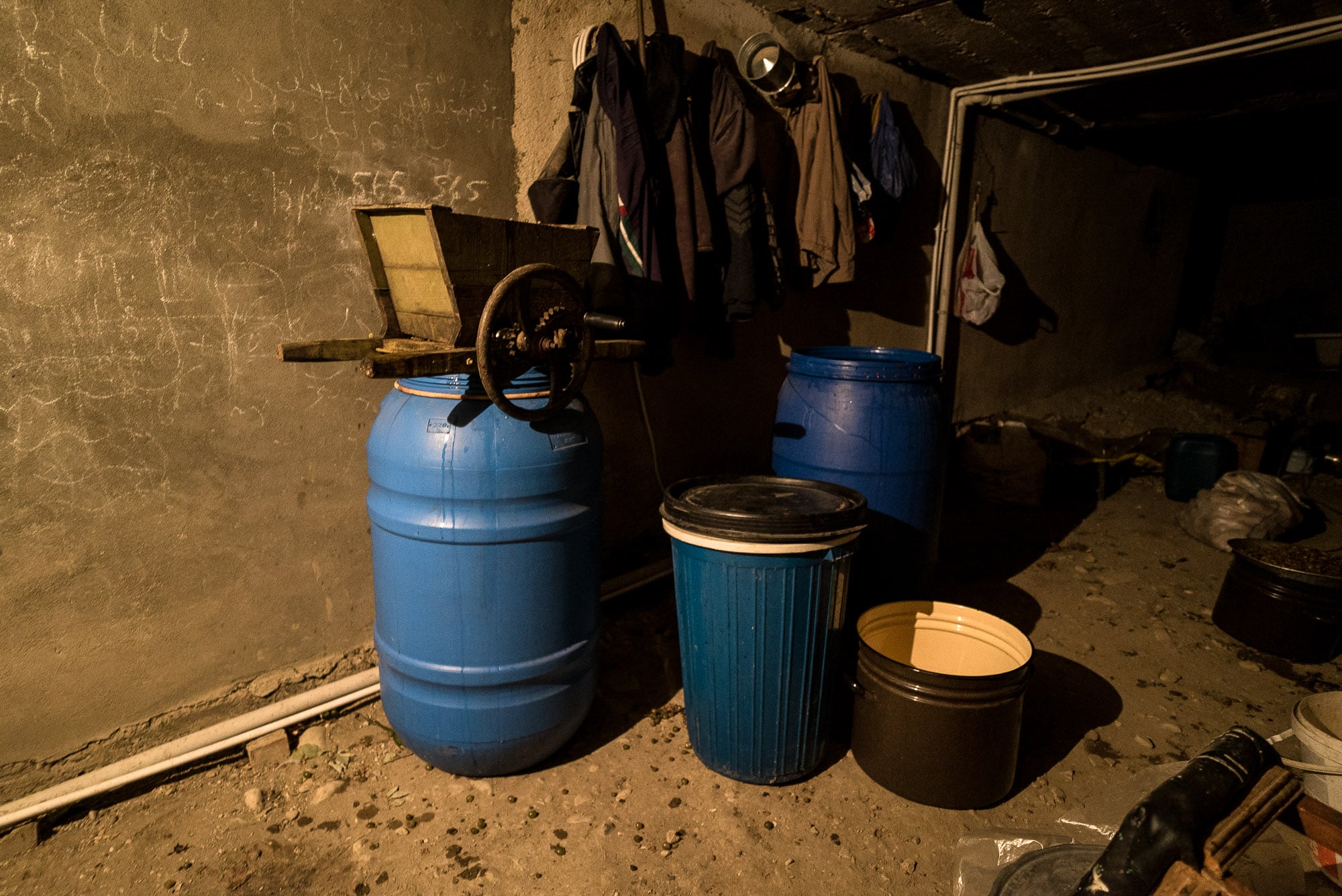 And yes, they were renting out a spare room: 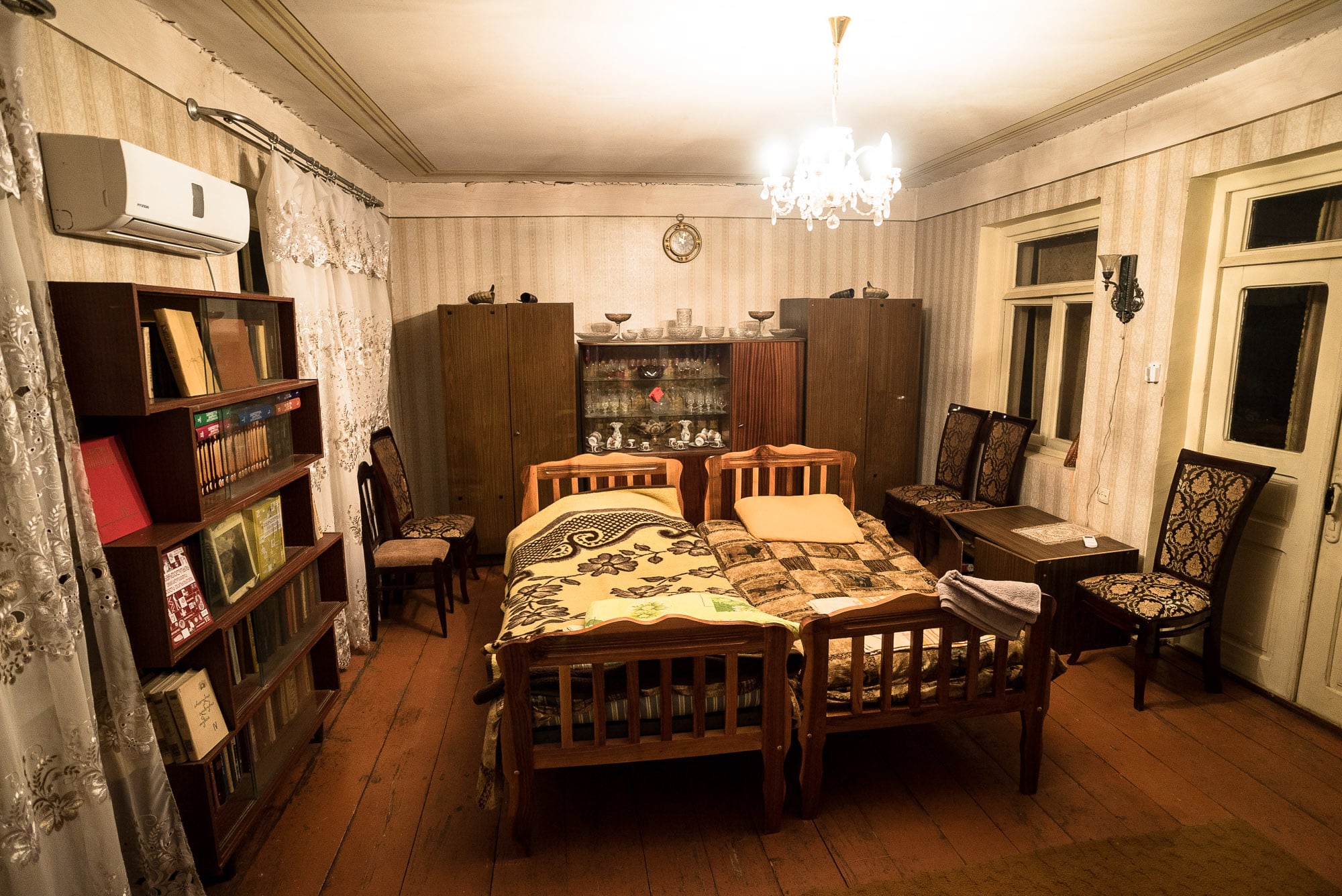 We had dinner, and then I crashed like a felled tree.

Day 1268
from Kachreti to Manavi