I filled my thermos flasks with hot tea, and then I left. It was a day for optimists: the sun was shining, the Caboose seemed light, and I had not a worry on my mind.

One time I ran into a bunch of cows and they were very annoyed by the Caboose and me: 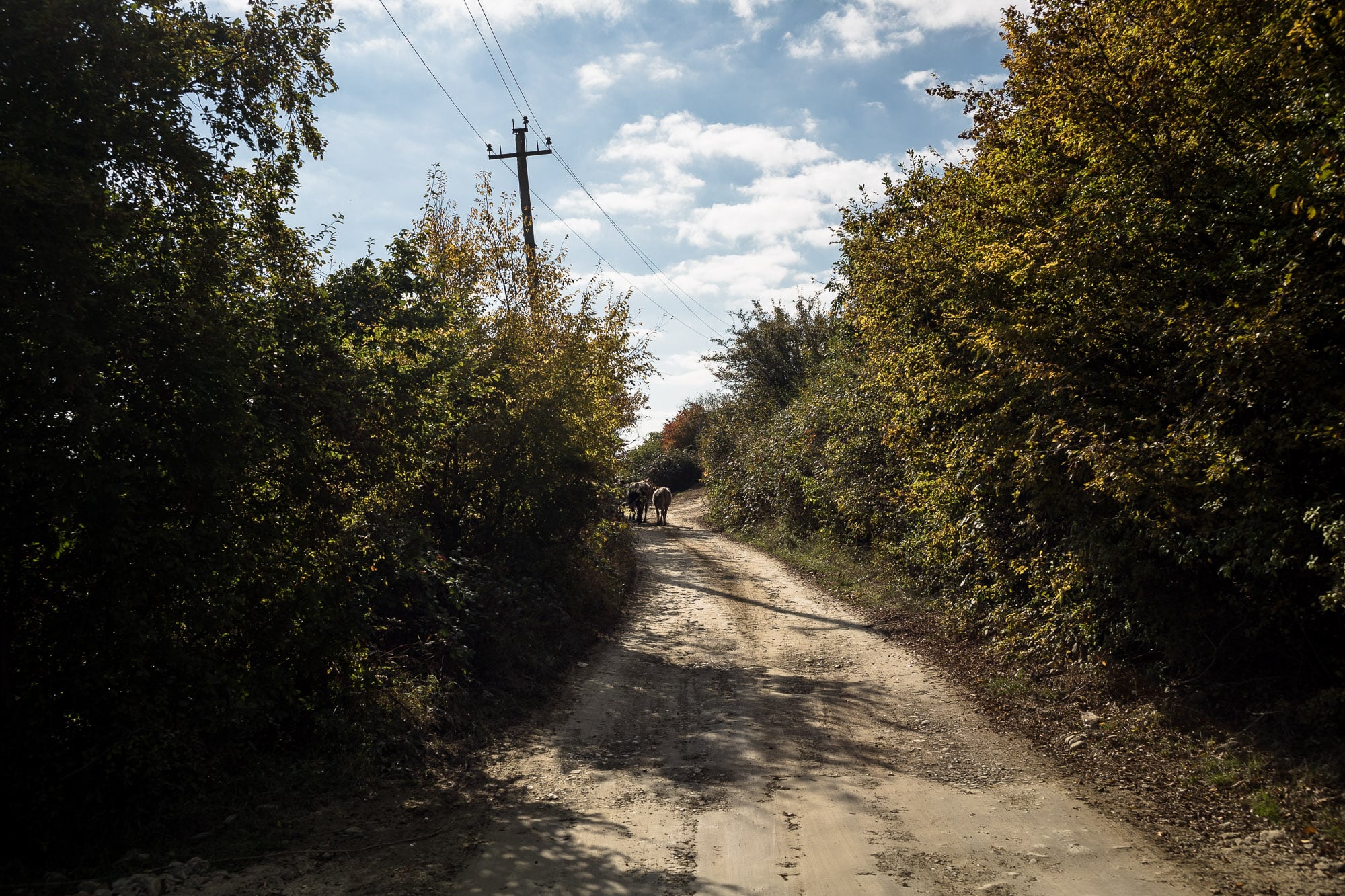 That’s why they left.

The road went up through the hills for a while, and we walked past quiet little houses: 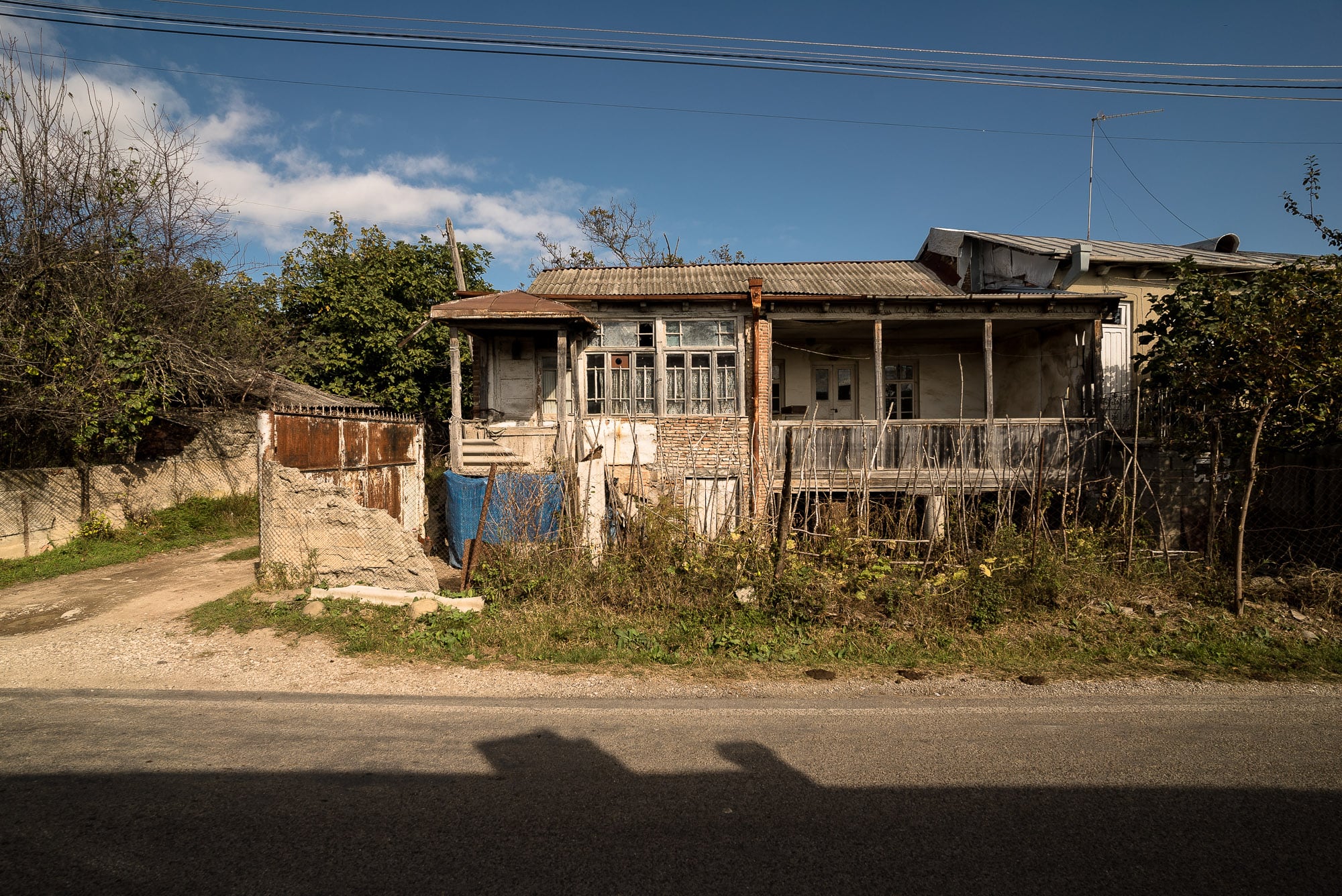 And past little shops on intersections: 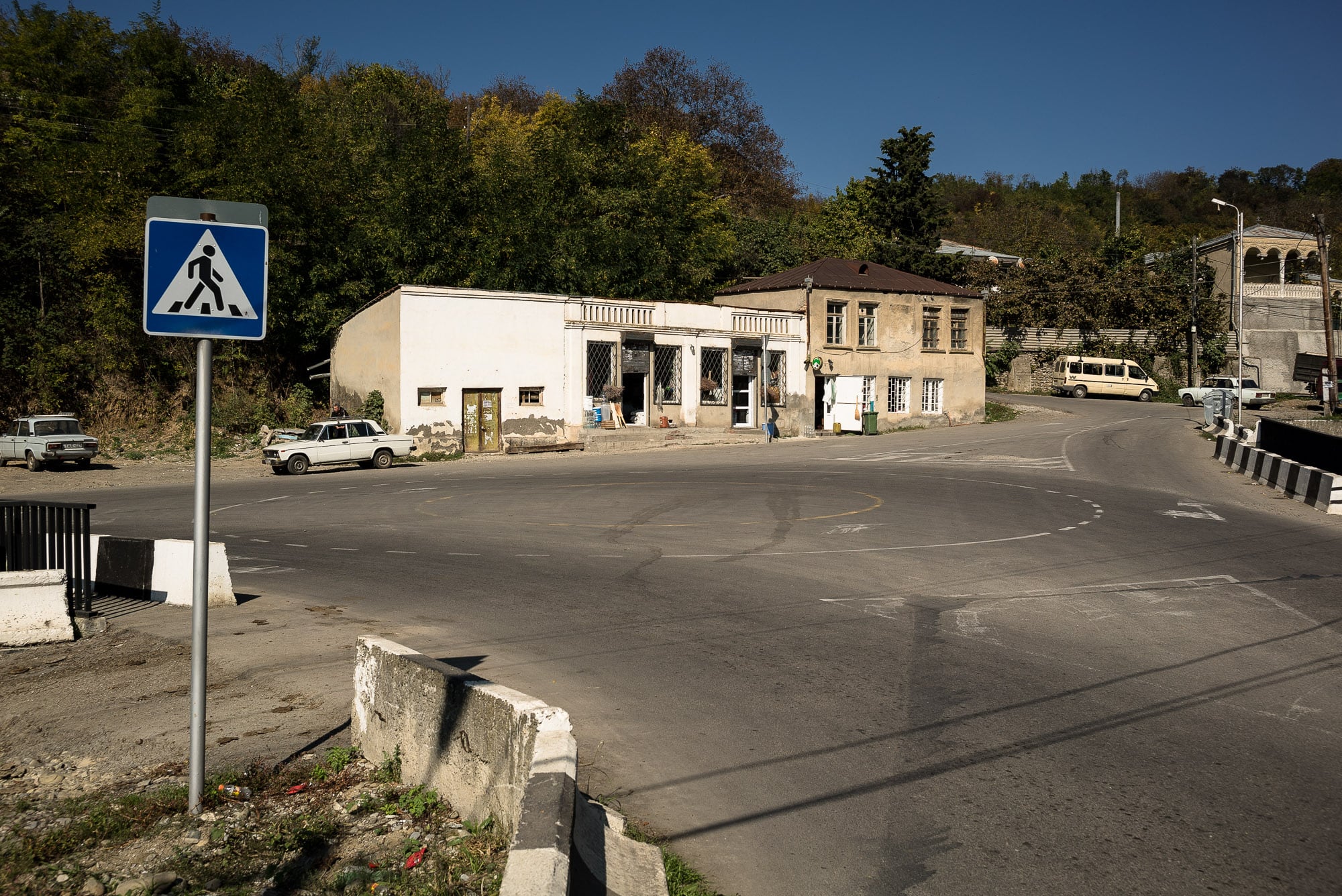 It was somewhere on this road that I called my dad and told him about a thing that had happened a few days earlier. Remember the fluffmeister, the big yellow dog that had wanted all my bread near Heretiskari? Well, one time when I was feeding him he missed the mark and got a tiny little bit of my finger: 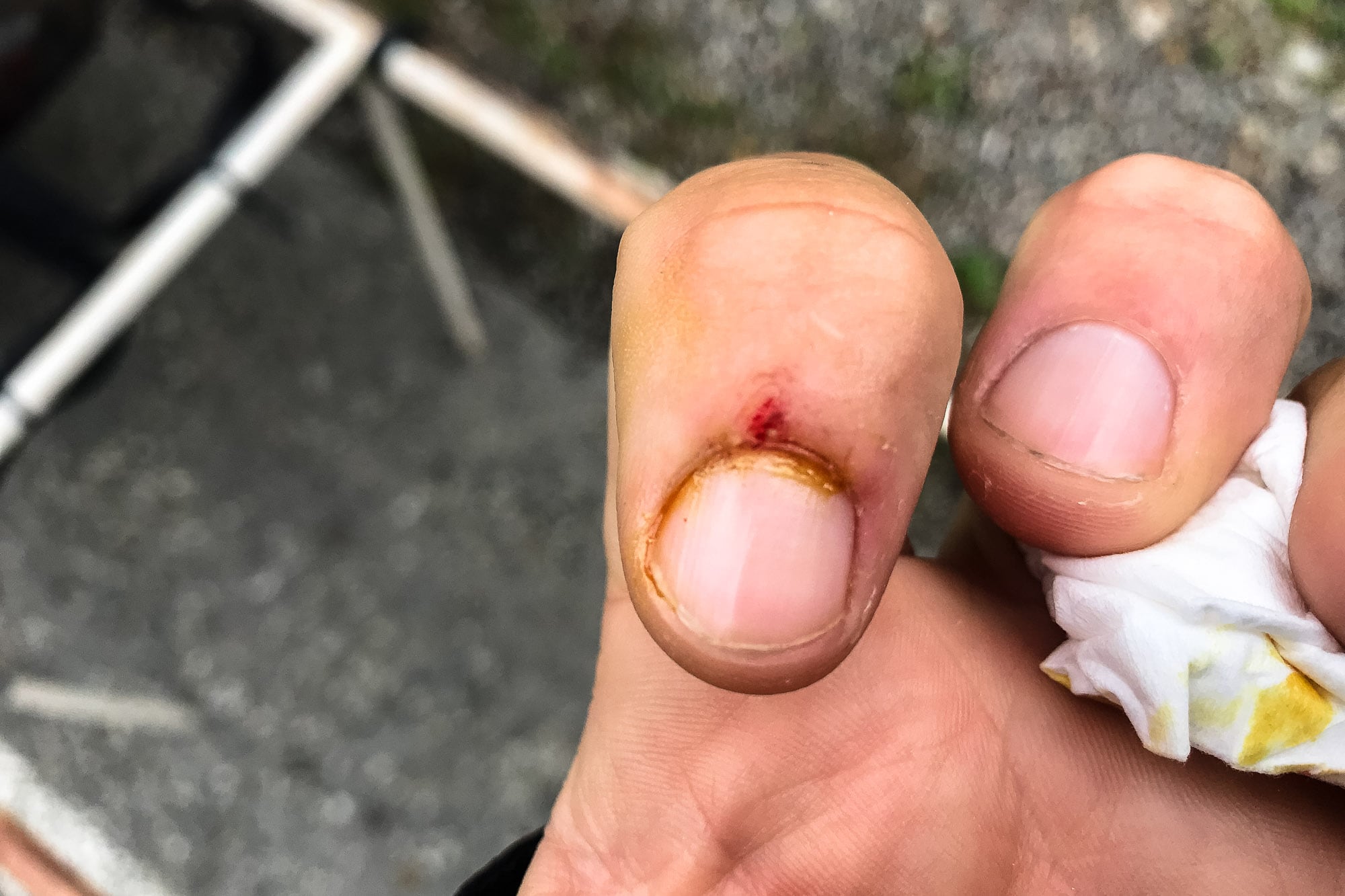 My dad said it didn’t matter if the bite was big or small, and that I should go to a hospital asap to get a booster shot against rabies.

So I sat down in this neglected gas station that seemed to have become a neglected playground: 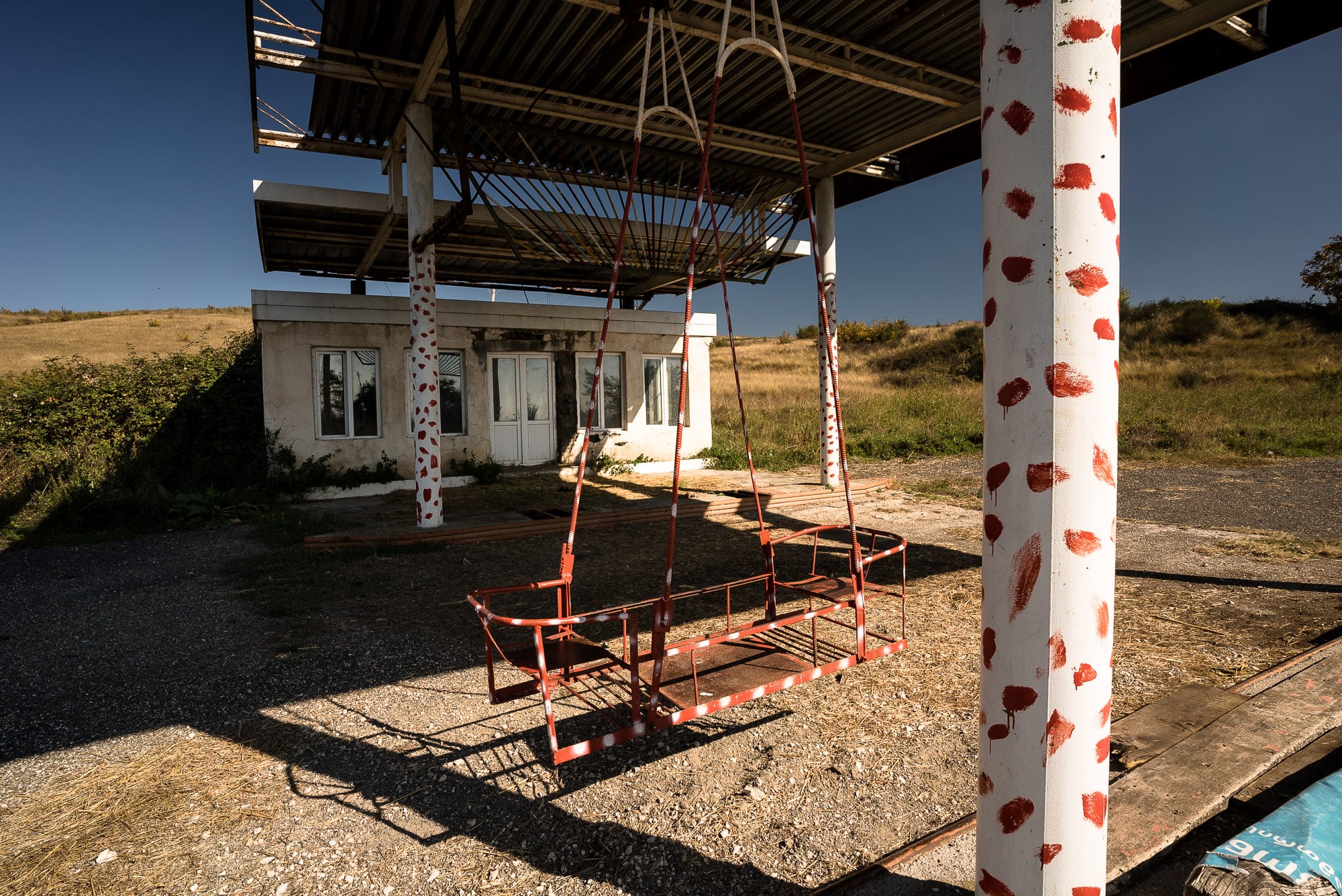 And I pondered my options. I decided to go to the next police station, park the Caboose there, take a taxi to the nearest hospital, get the shot, go back to the Caboose, and continue walking to the next place with a guesthouse.

So I walked for a while, thinking that this was a good plan.

And then I understood that it was actually a bad plan. I had no way of knowing how much time I would have to wait in the hospital. So it was a better idea to just go to the next place where I could get a room and then go to the hospital from there.

And so I walked into nightfall: 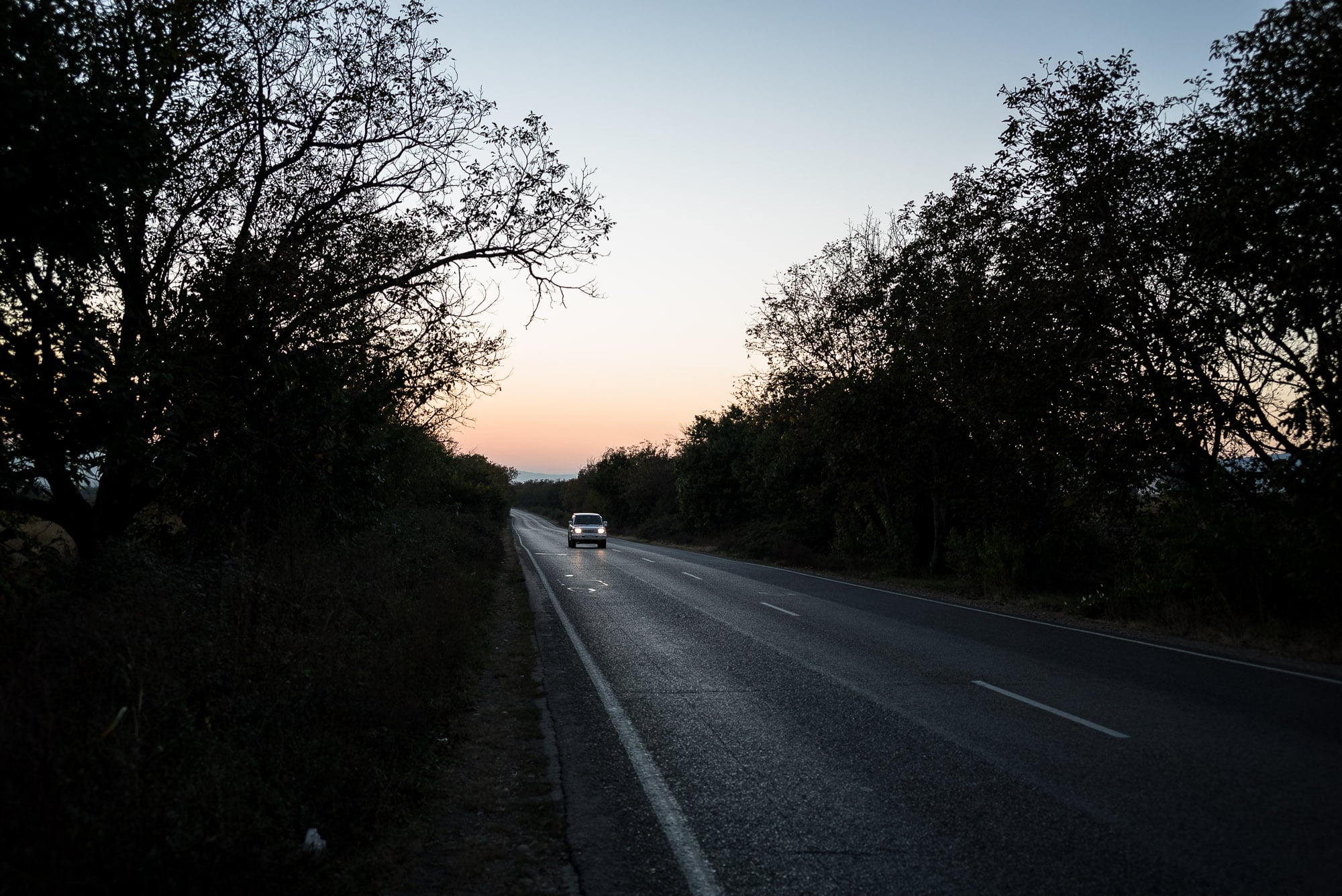 And it got later and later: 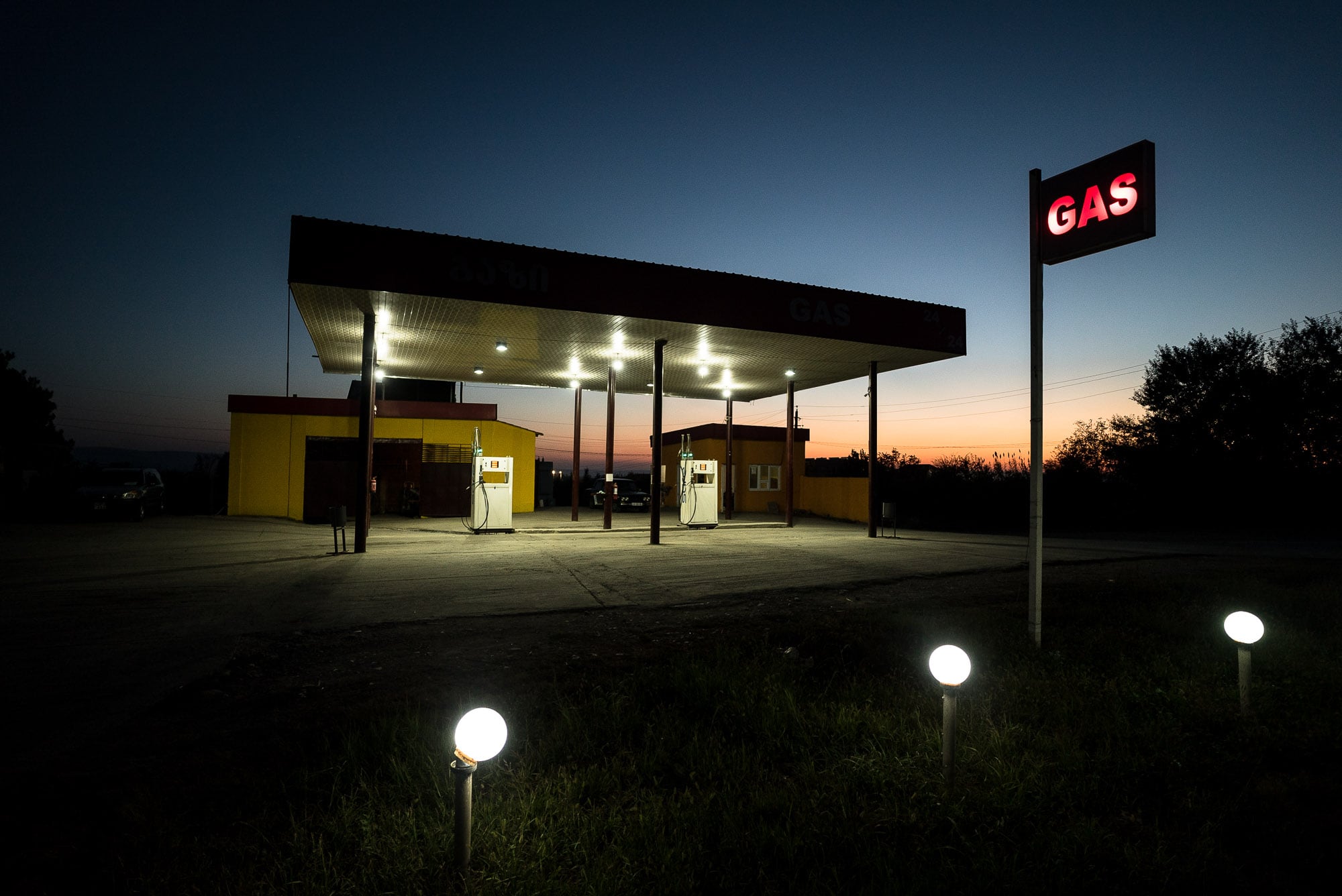 But eventually I reached a large hotel resort that seemed too fancy for my purpose. Figuring that time was of the essence, I got a room anyway.

Then I grabbed a taxi to the next hospital. It was in a town about a half hour away: 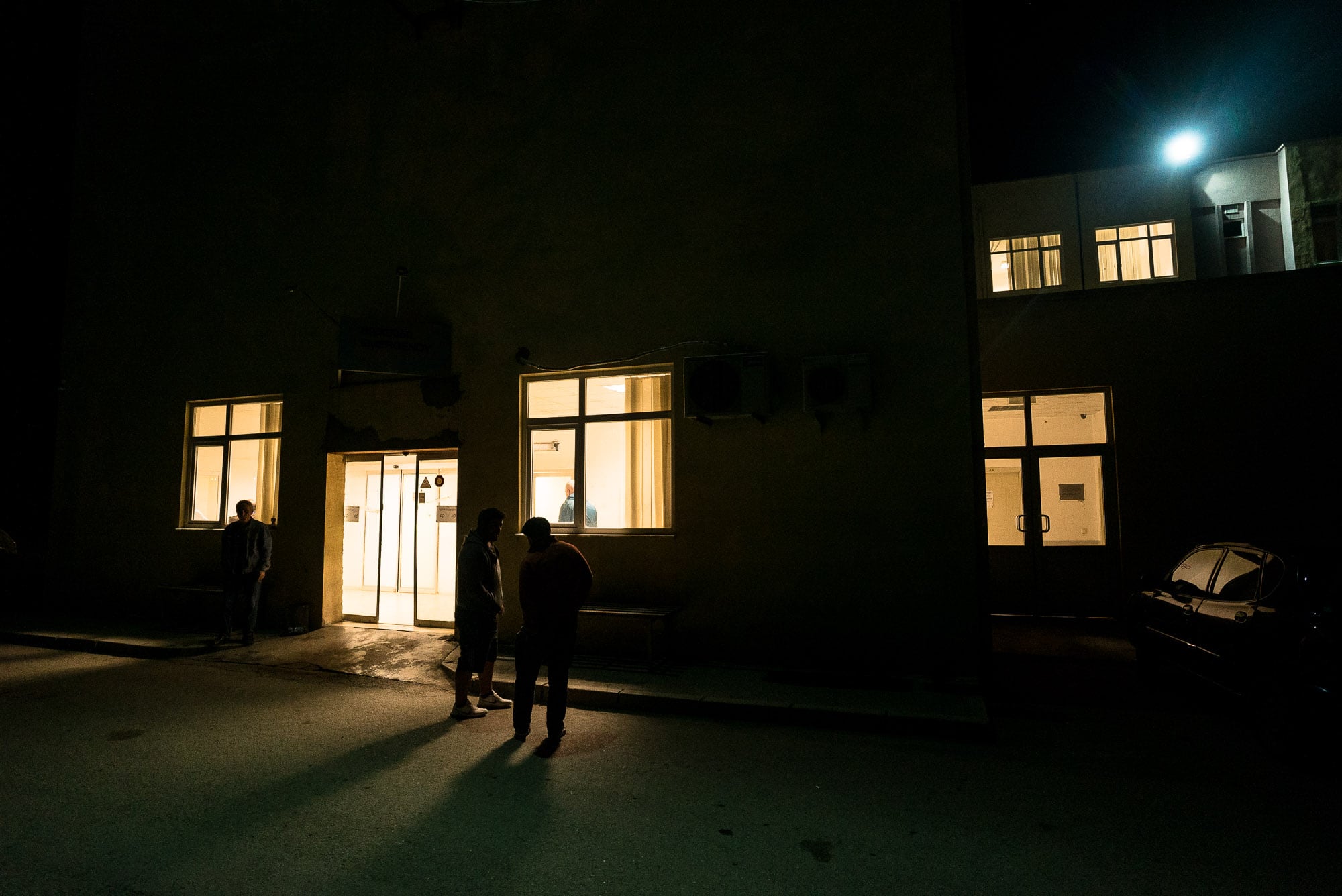 They gave me a shot: 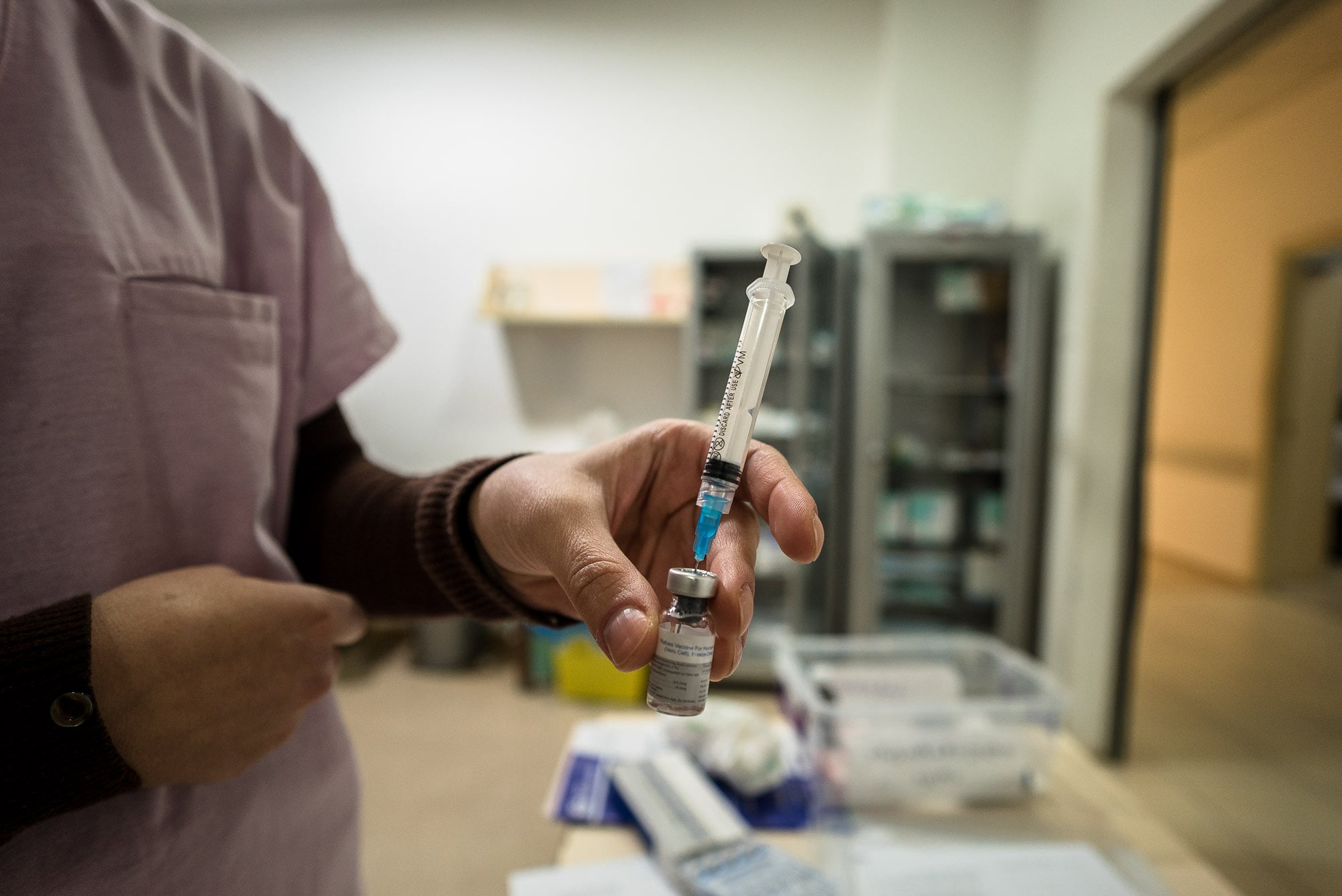 And then they told me I would need four more in the weeks to come.

Day 1267
from Sighnaghi to Kachreti