One more day in Sighnaghi. I took to the old town and did something nice – I walked around aimlessly.

The first thing that struck me were these little stickers: 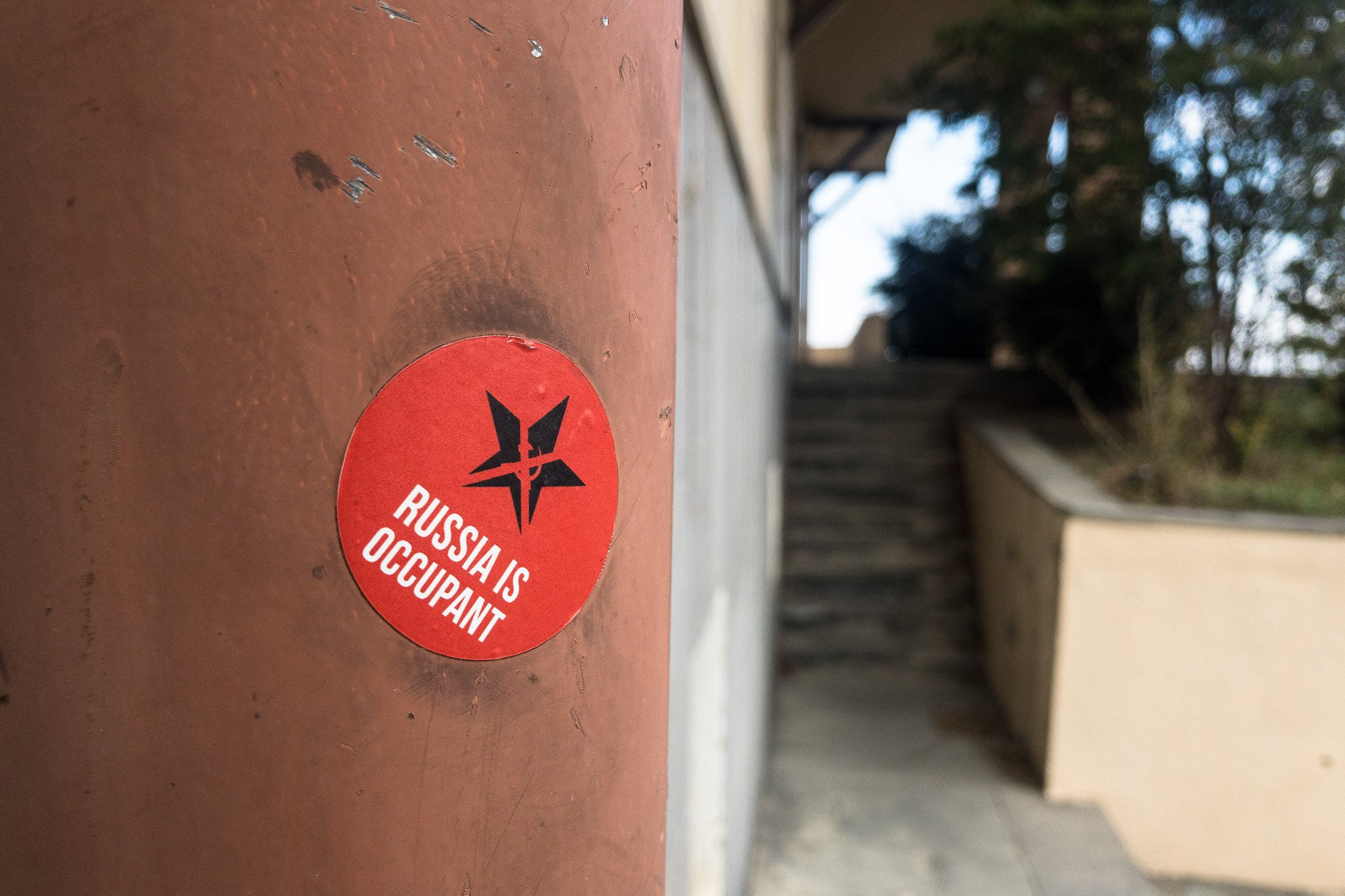 I figured they had to do with the Russian occupation of some of the northern parts of Georgia ten years earlier. It hadn’t surprised me to hear that many Georgians didn’t like Russia (or rather: Putin’s politics) at all. But what surprised me indeed was that they apparently managed to differentiate between Russia, the political entity, and Russians, the people who lived there.

There were many Russian-speaking tourists in Sighnaghi (in fact they were all over Georgia): 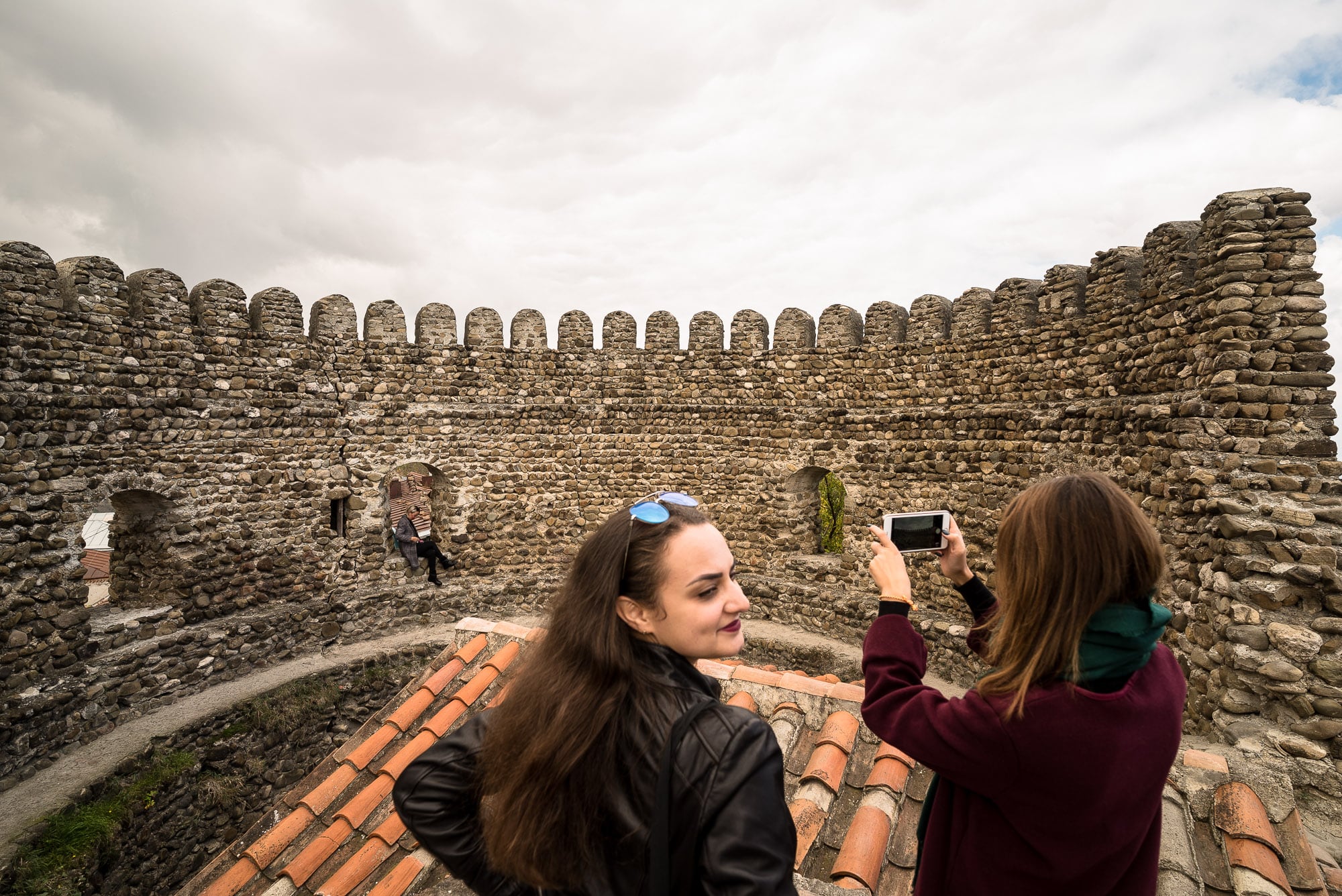 And even though the young generation of Georgians had almost completely abandoned the Russian language that their parents still spoke rather well, there didn’t seem to be much in terms of hostility towards Russians in Georgia.

So the Russians and the non-Russians swarmed the old town with its wall structures: 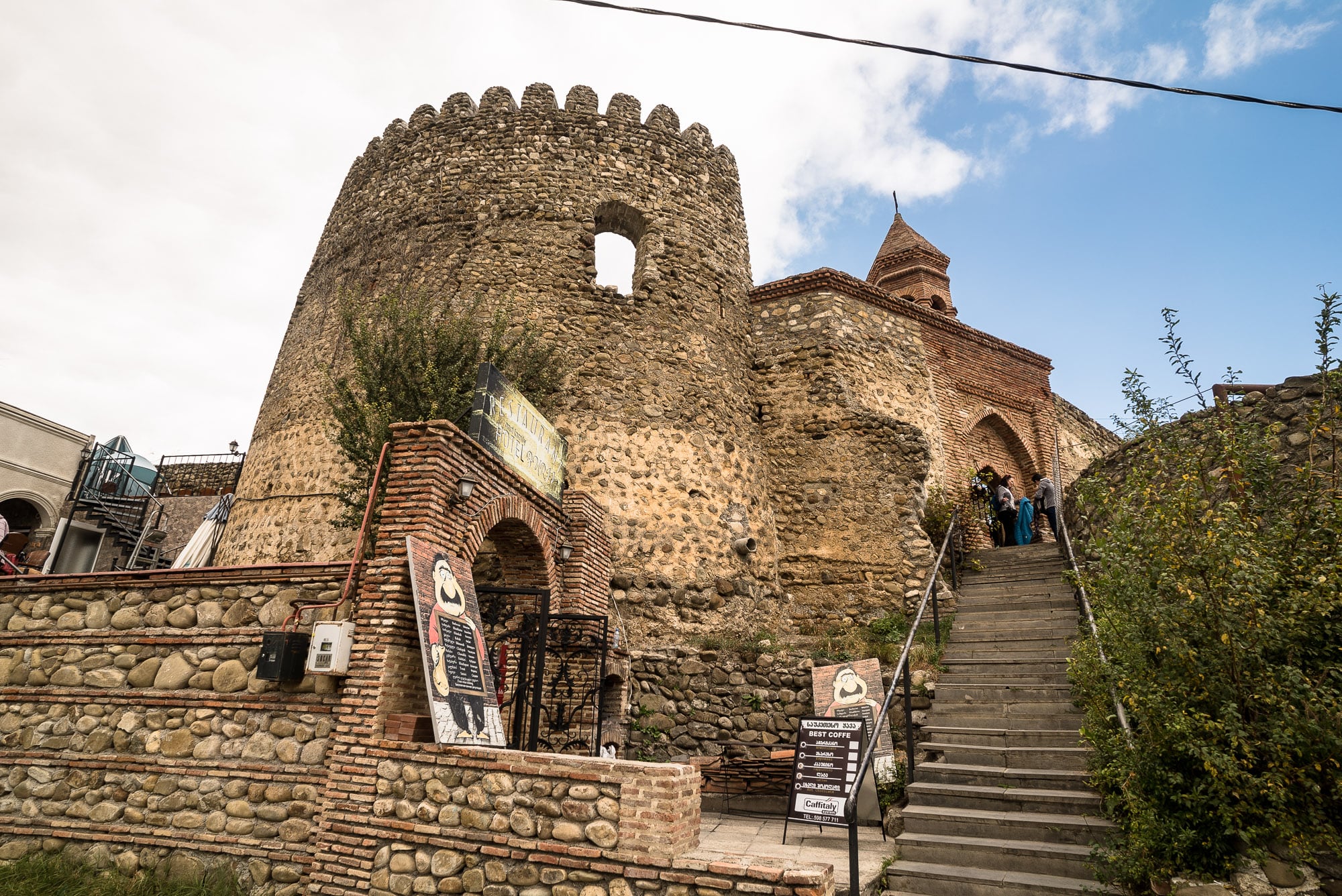 With its tiny chapels: 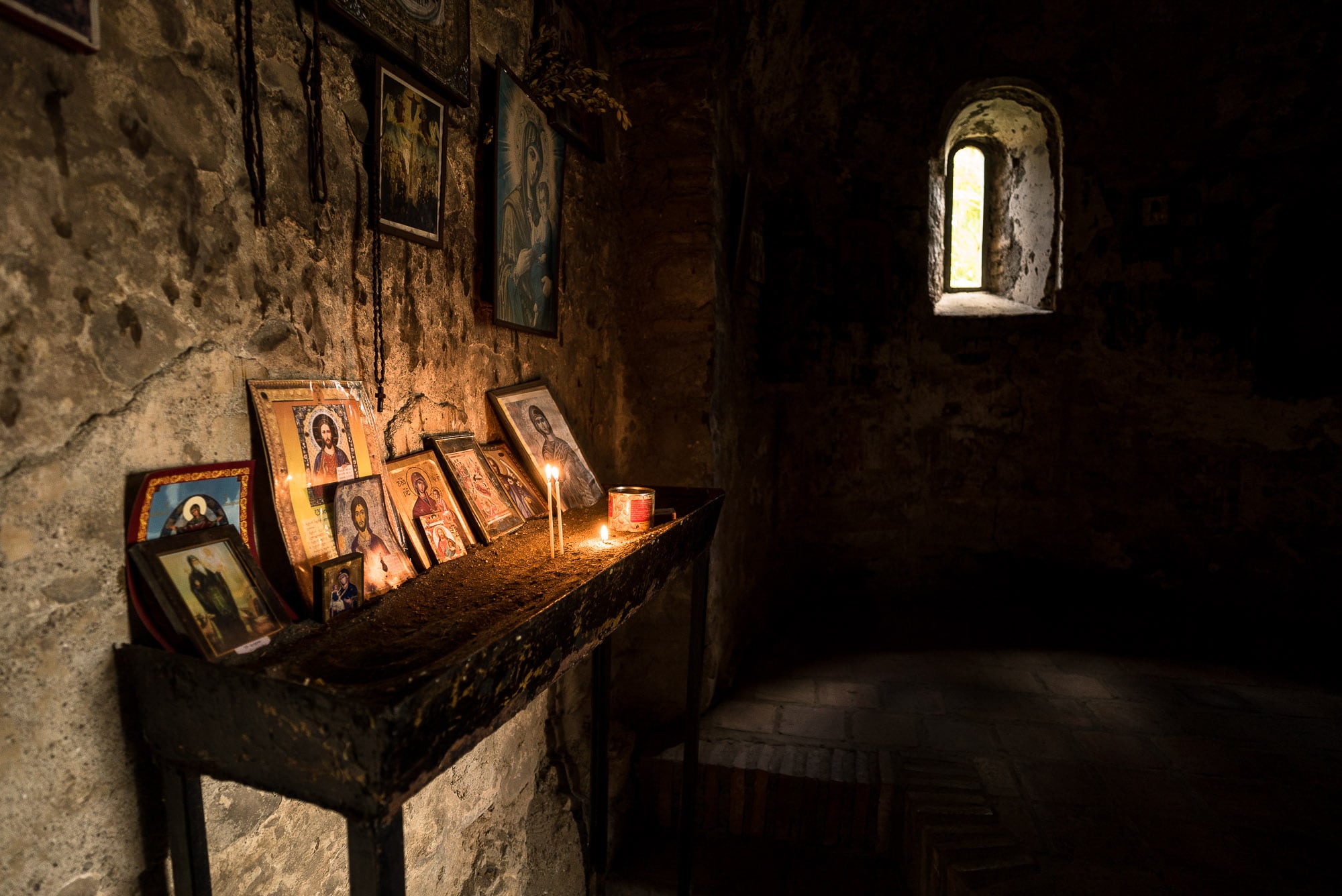 With its picturesque places that were almost always crawling with tourists (I waited a long time for this shot): 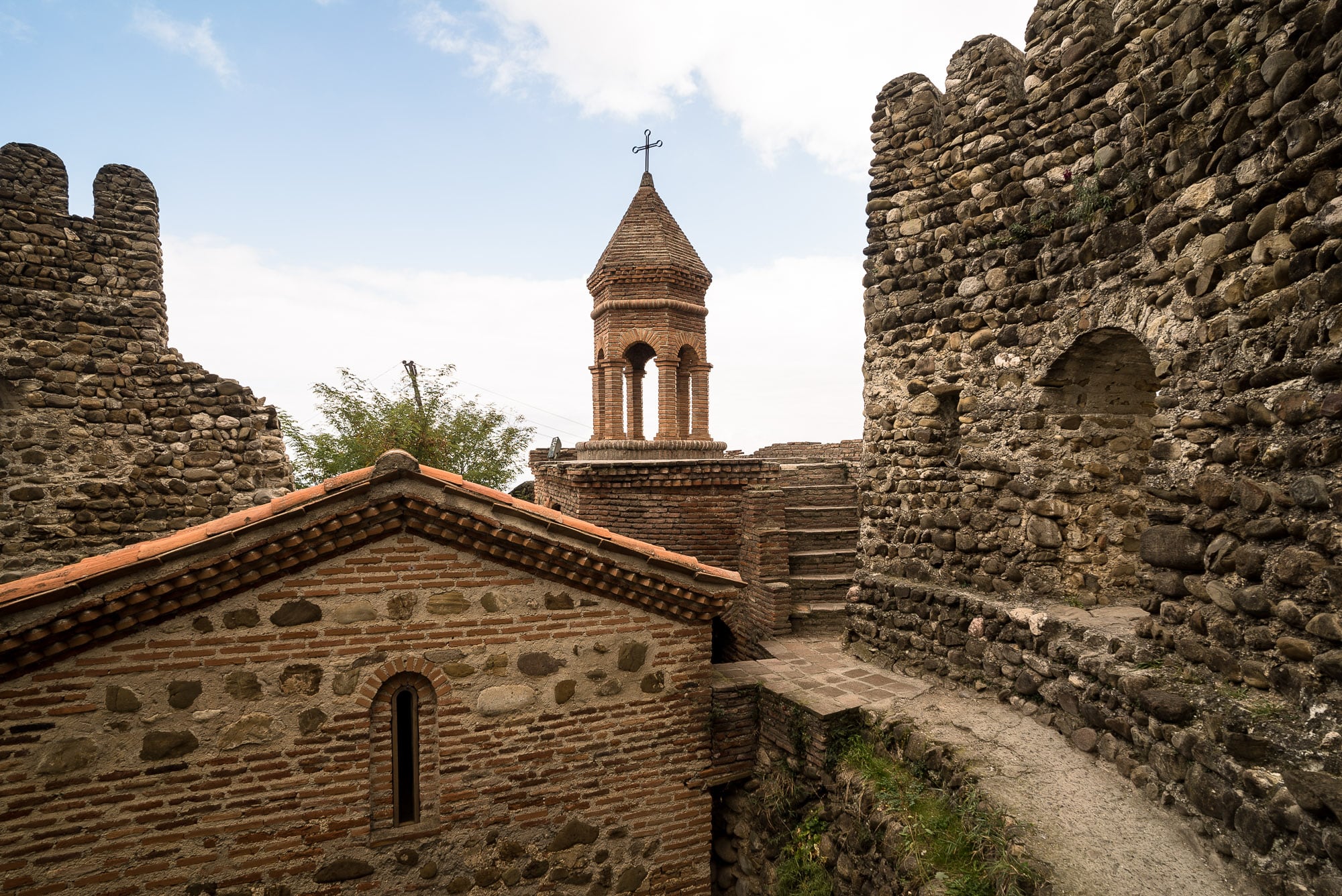 I went back to the Bodbe Monastery after that: 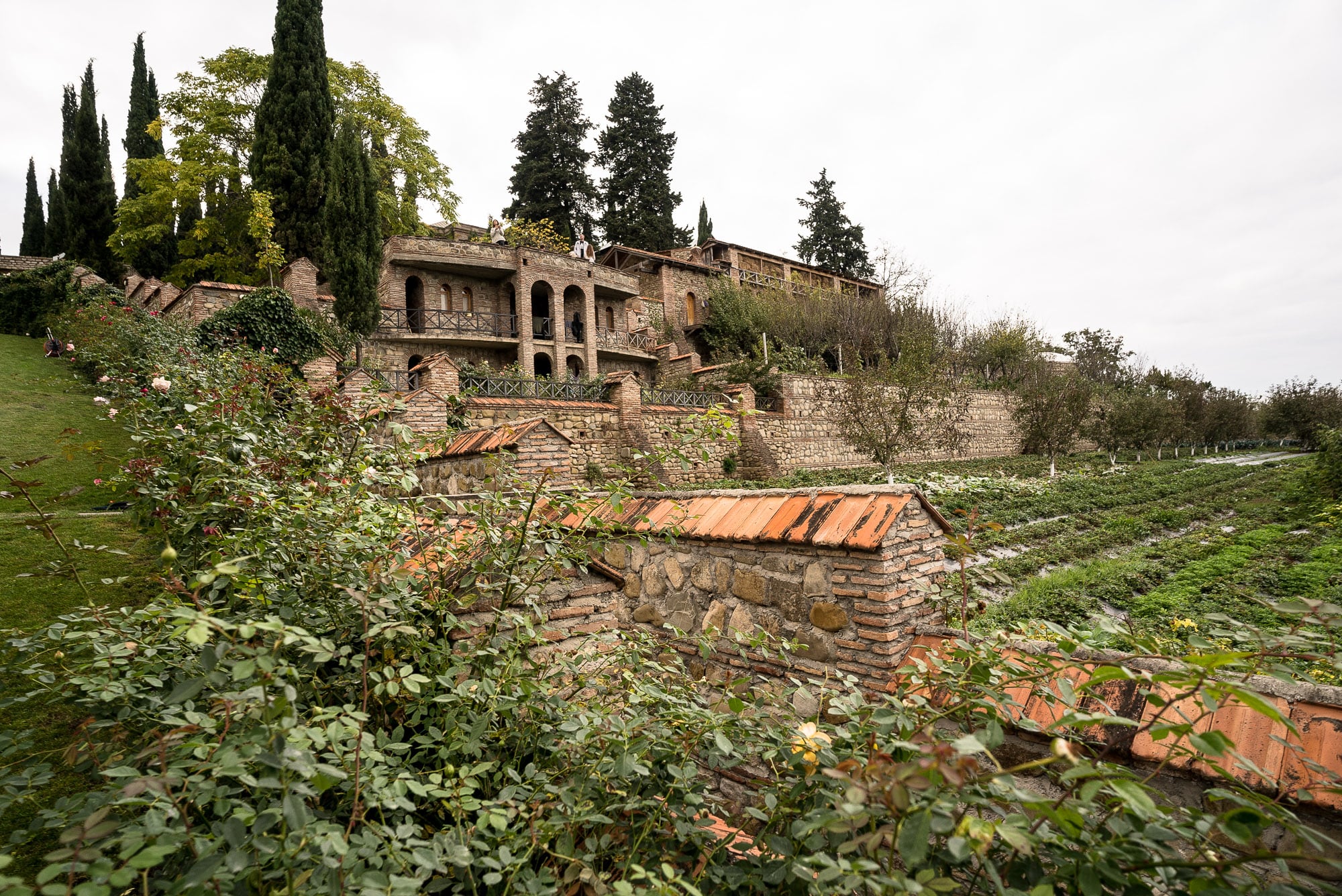 Once I got there, I set up the camera for a time-lapse, and then I waited: 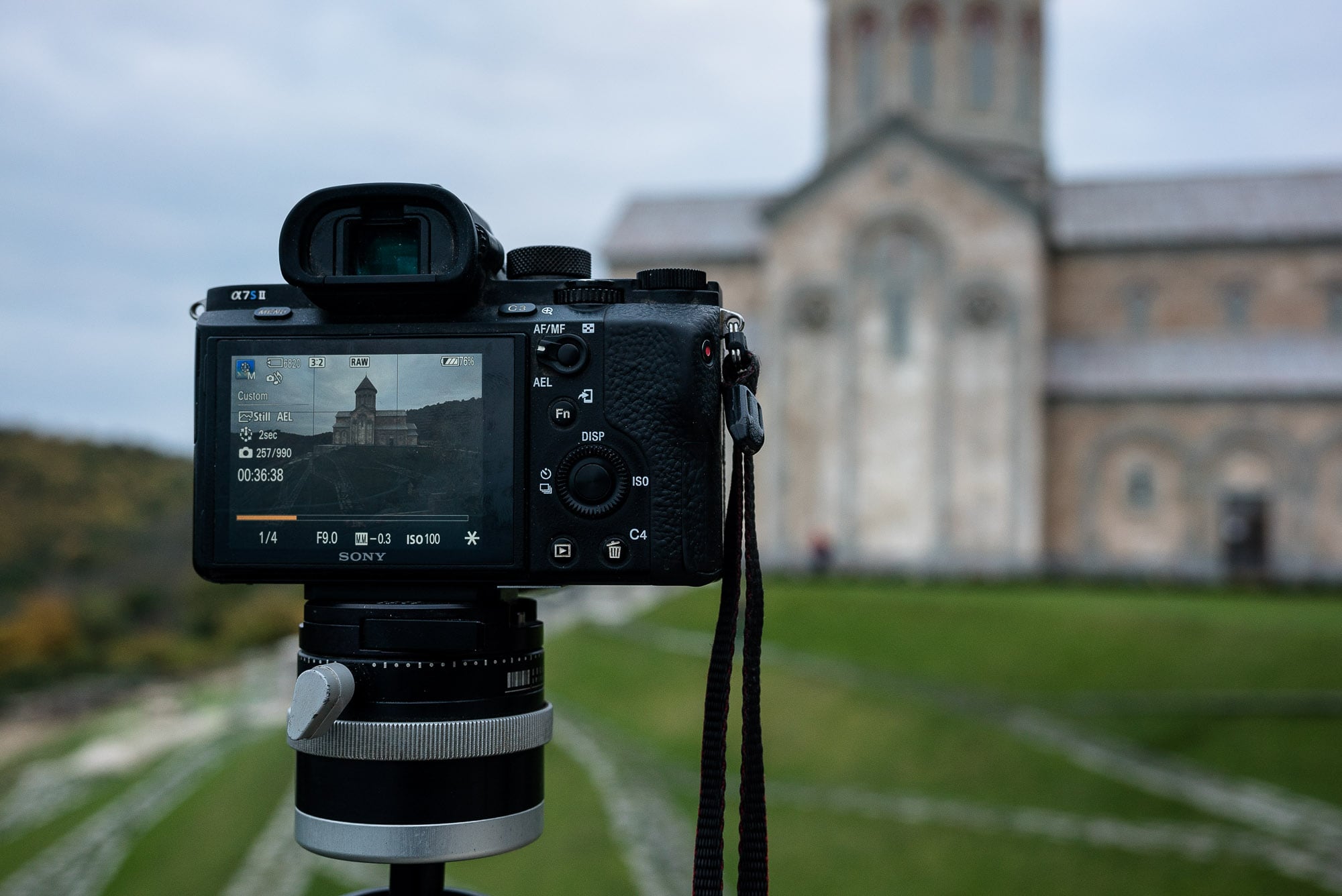 This is actually one of the positive aspects of time-lapse photography that is often overlooked – the process of waiting. Shooting a couple of hundred photos takes a while. So for me this often means being forced to sit down in a place and wait for the camera to finish.

It means spending time in places.