Sighnaghi was a picturesque little town. Only it felt a little bit as if it wasn’t quite as old as it would to have you believe: 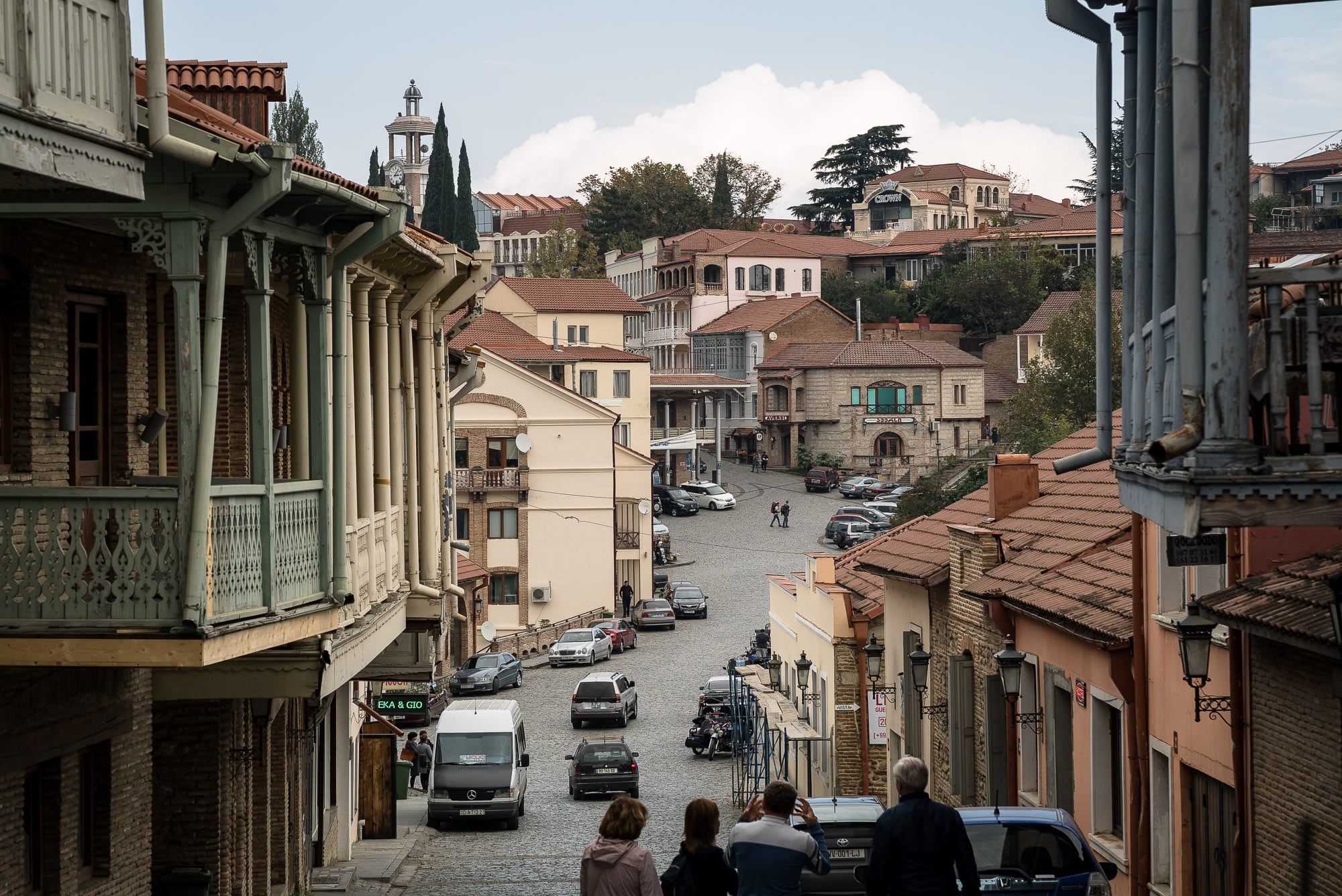 But it was nice for a tourist like me.

I went and had a dish of mushrooms and potatoes for lunch: 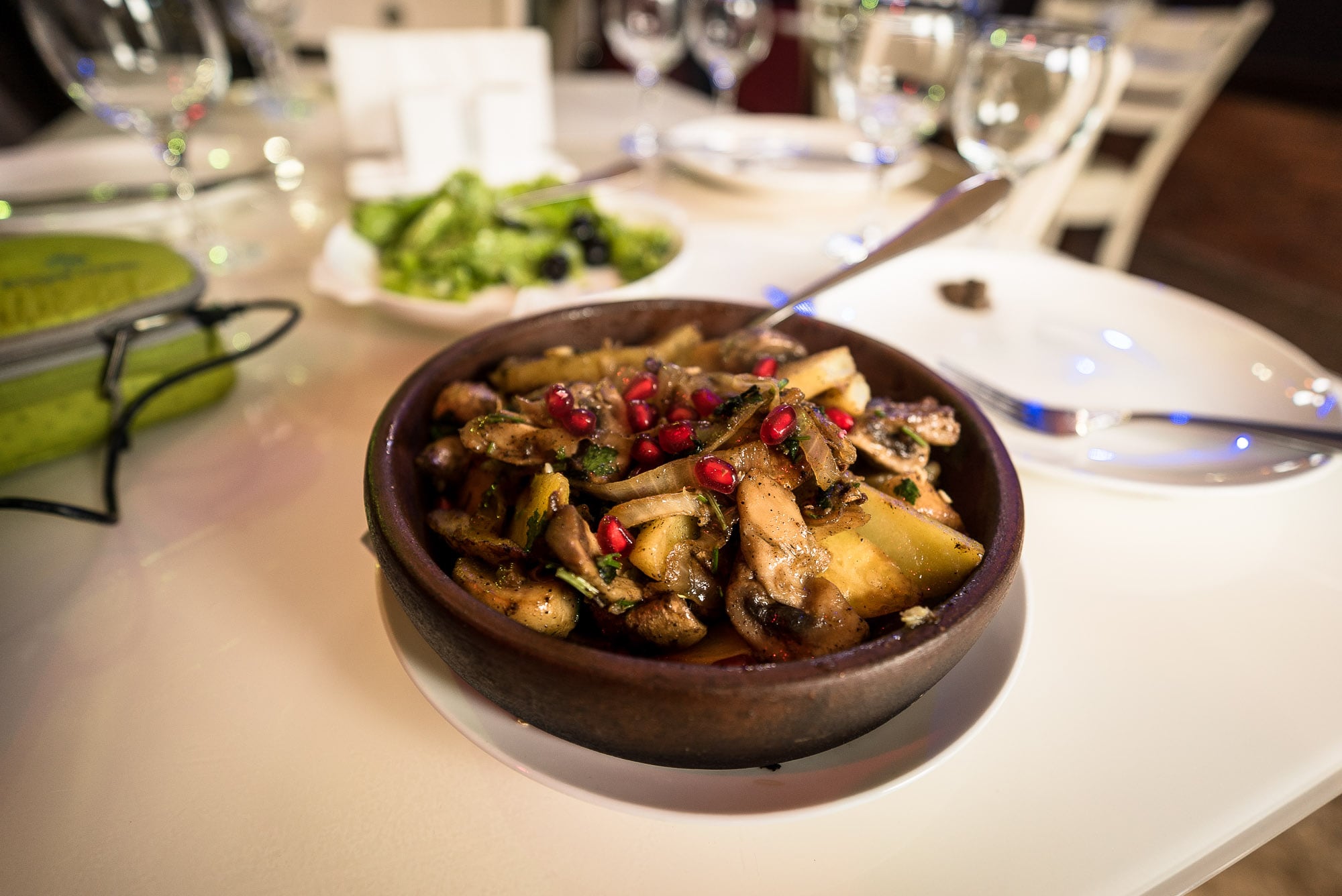 For some reason I was made to wait one and a half hours for this dish. But I didn’t mind waiting, and it tasted pretty good.

Then I walked out of the little town and onto a forest road. There were posters for the upcoming presidential elections, and some were smeared with the letters KGB: 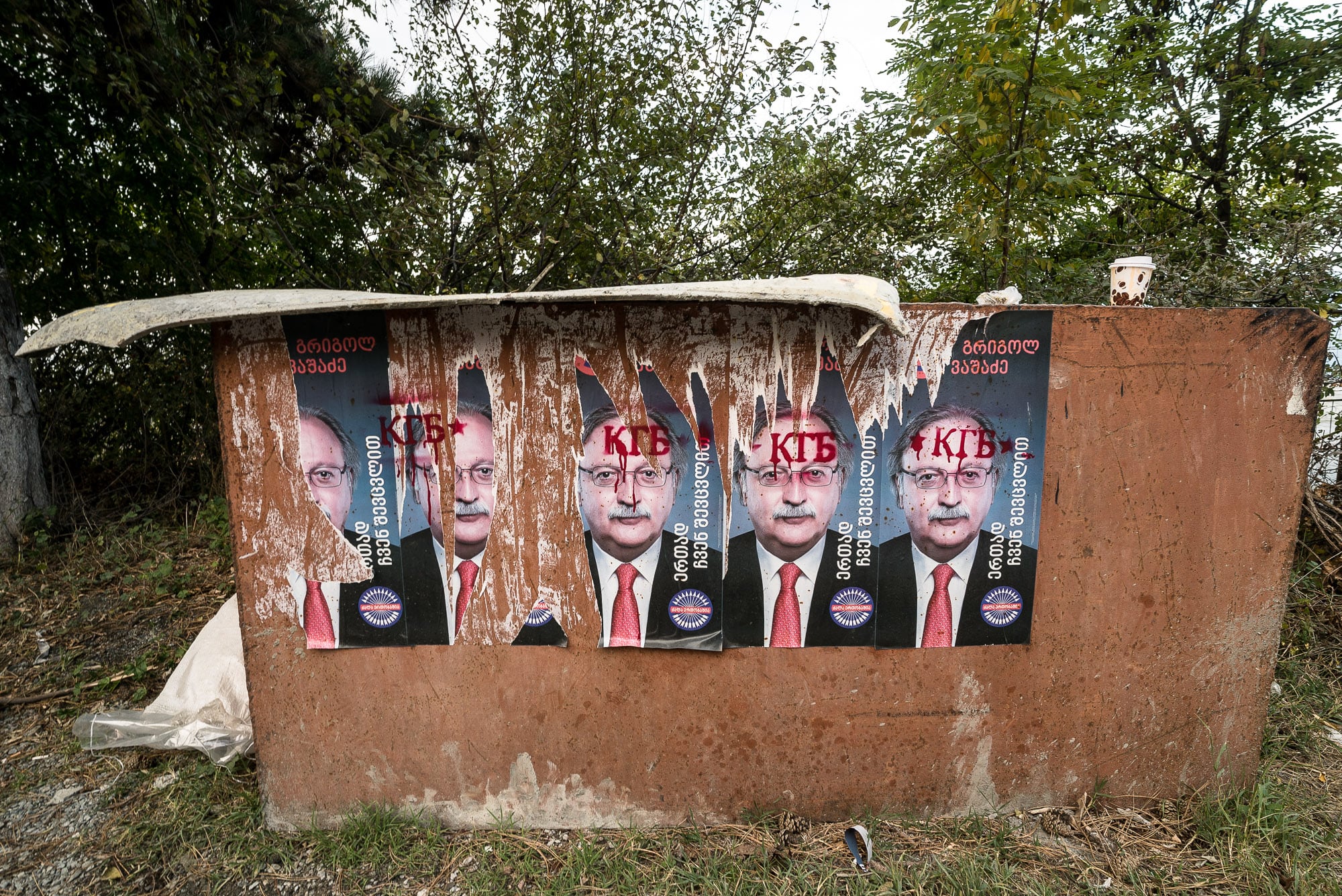 While others had been quite literally defaced: 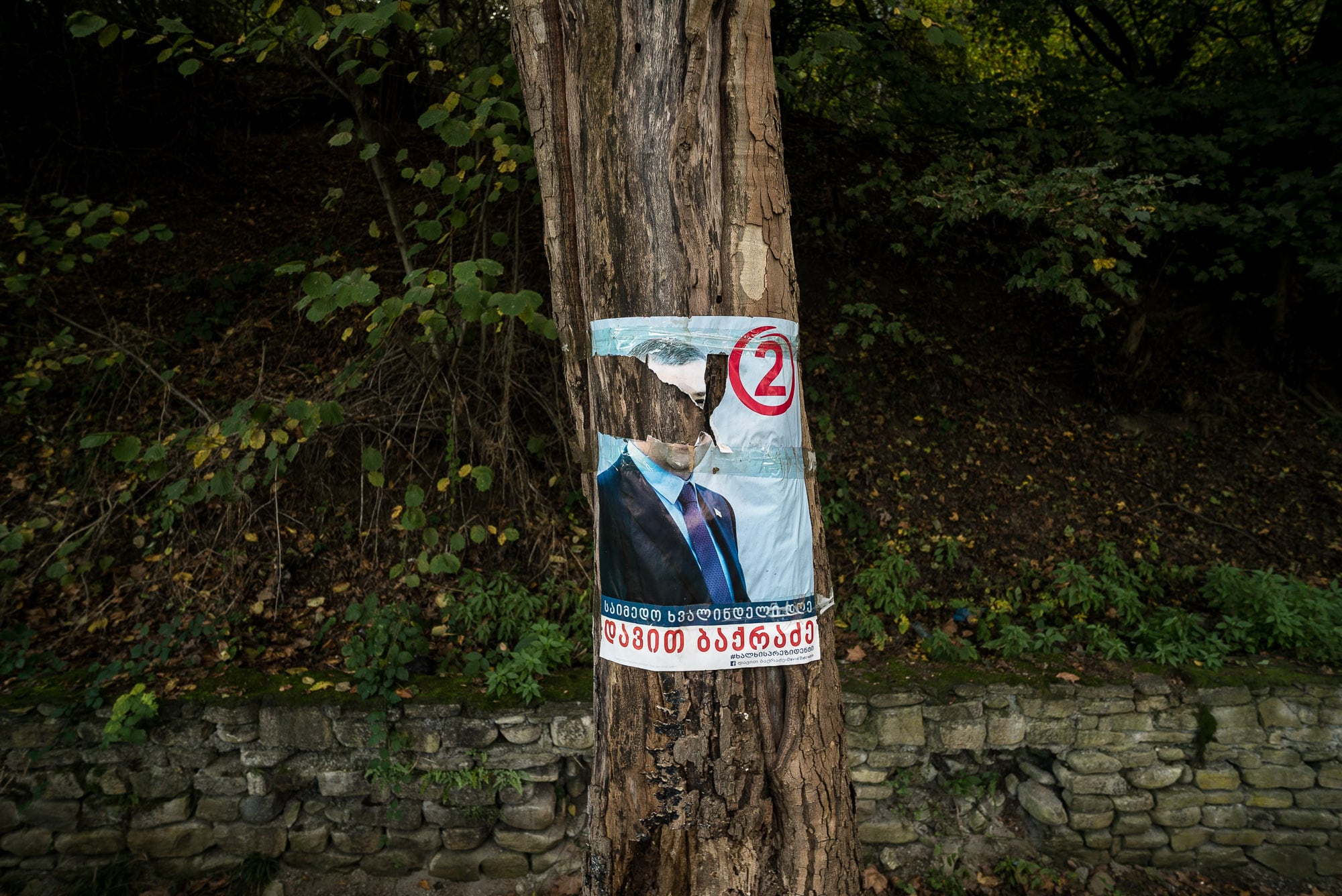 This didn’t concern me, the tourist, so I just took pictures and shrugged.

The monastery turned out to be a nice, calm place on the mountainside: 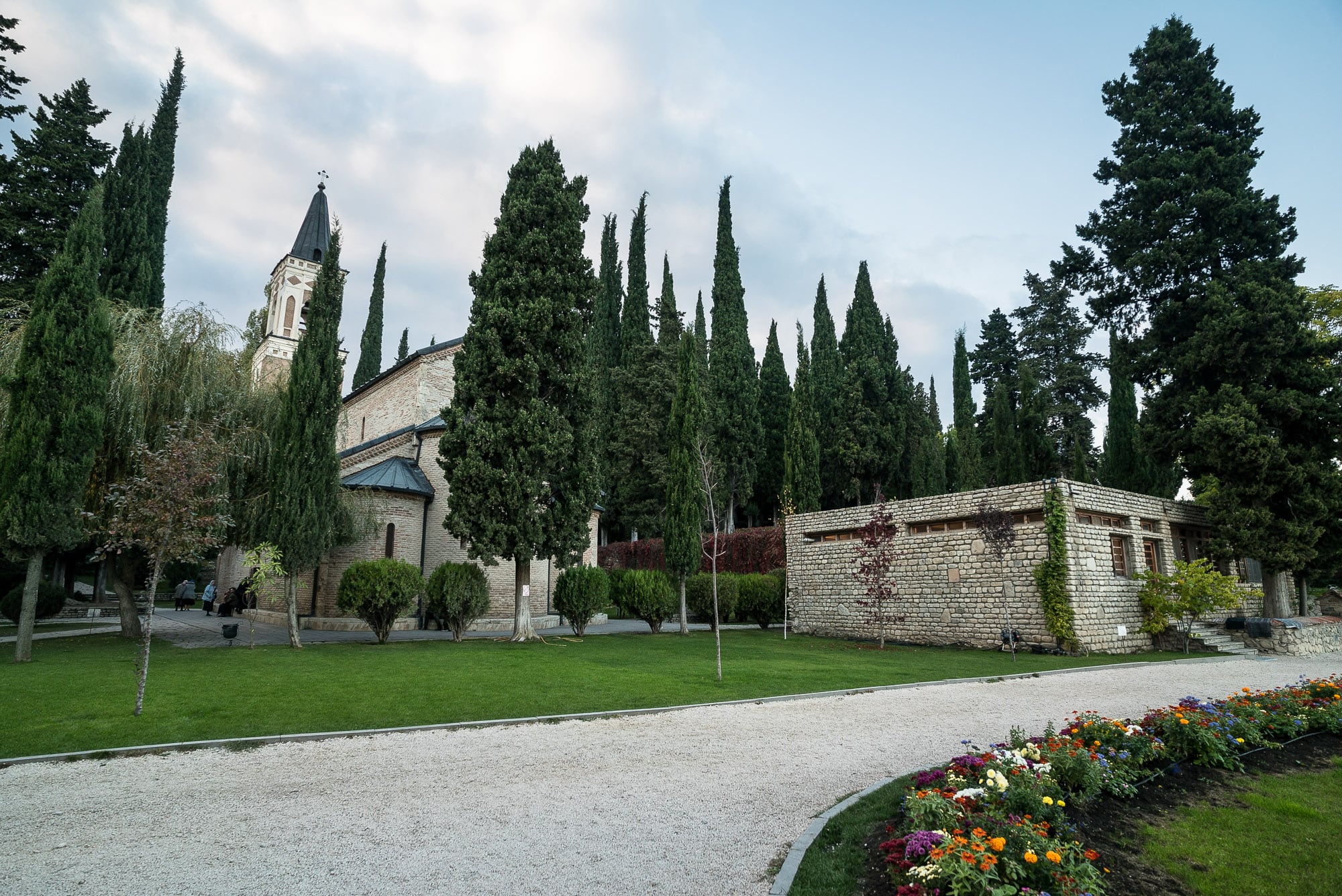 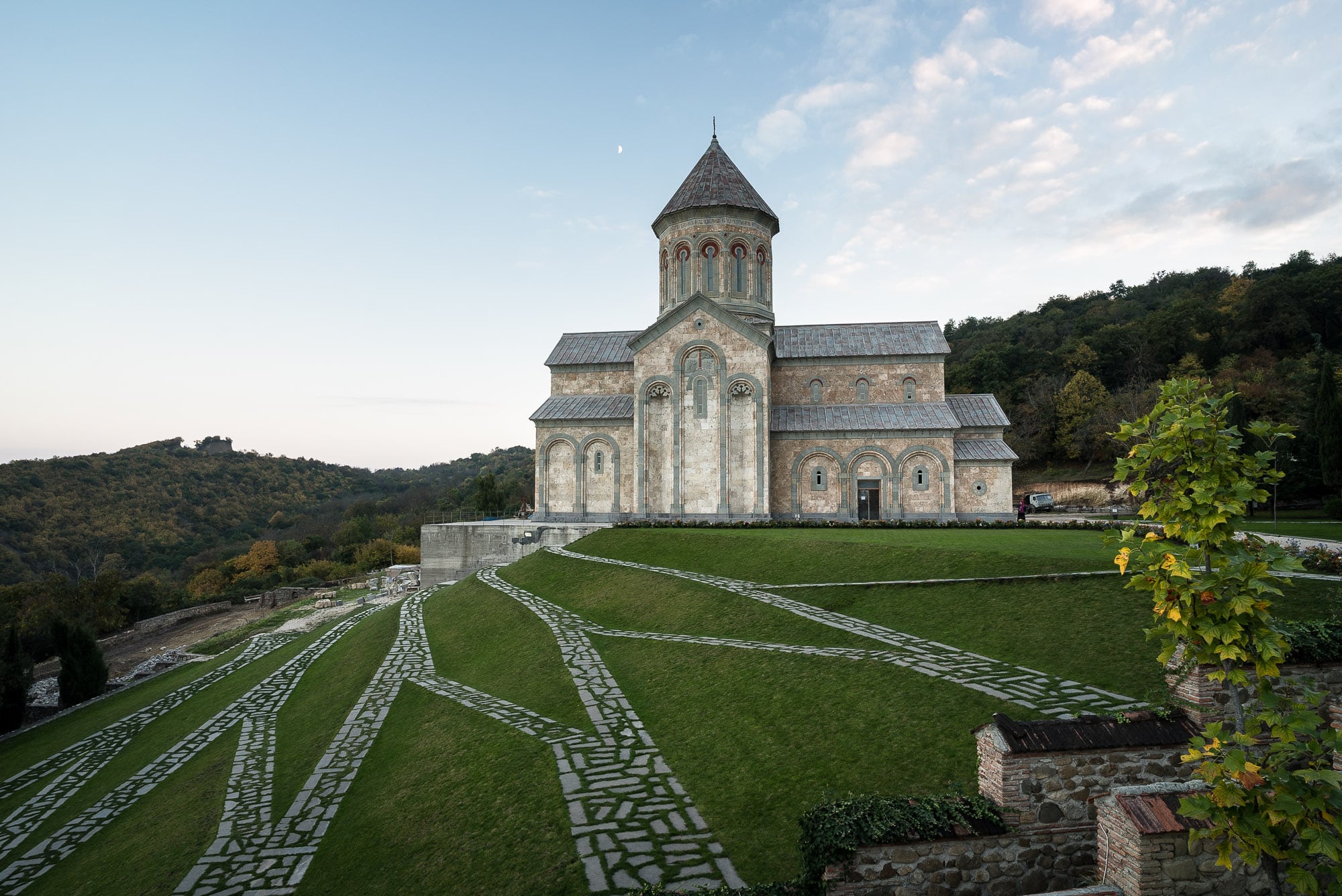 I walked around taking pictures, and every now and then other tourists showed up in little groups and did the same: 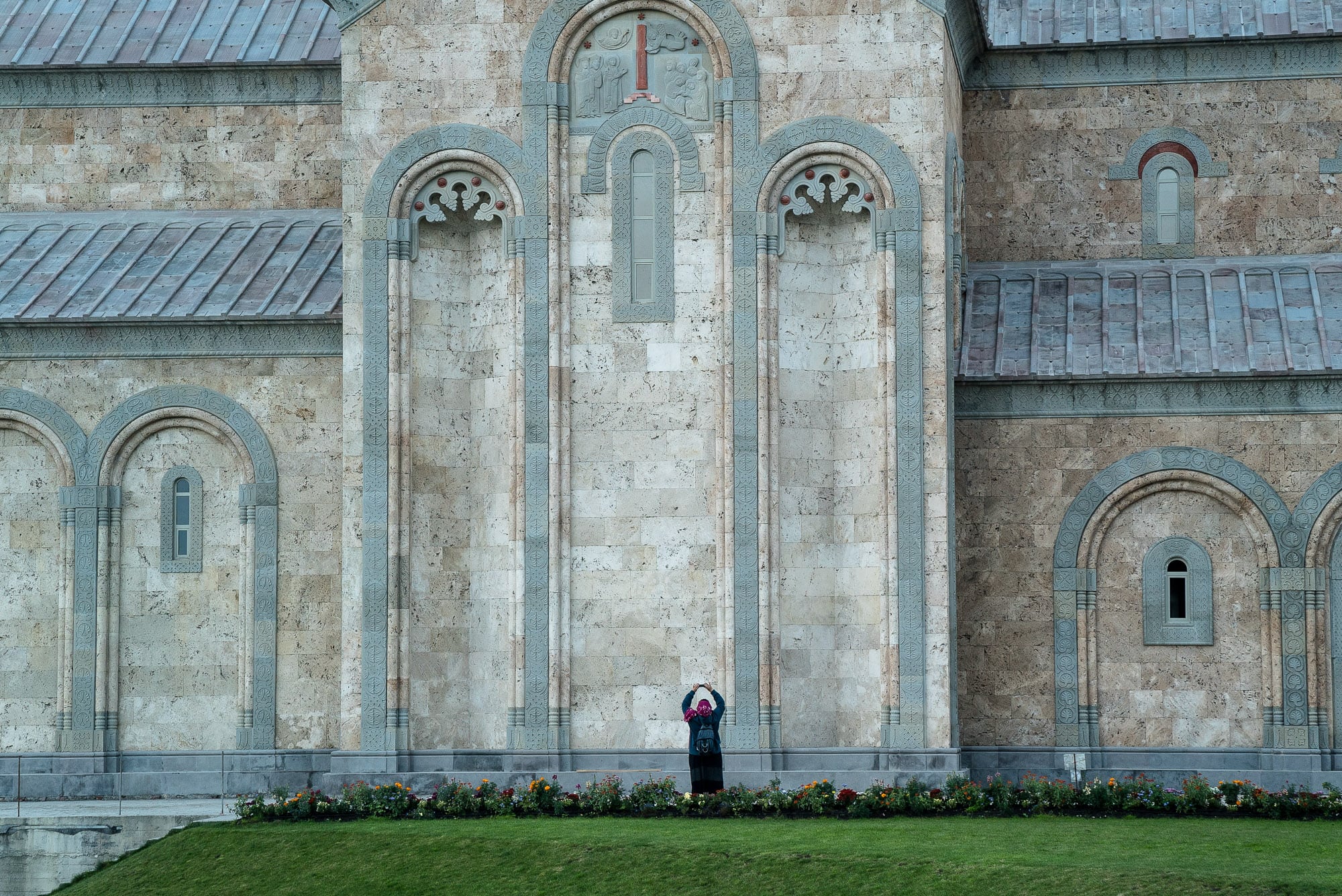 When it got dark I went back to Sighnaghi, stopping here and there for more photos: 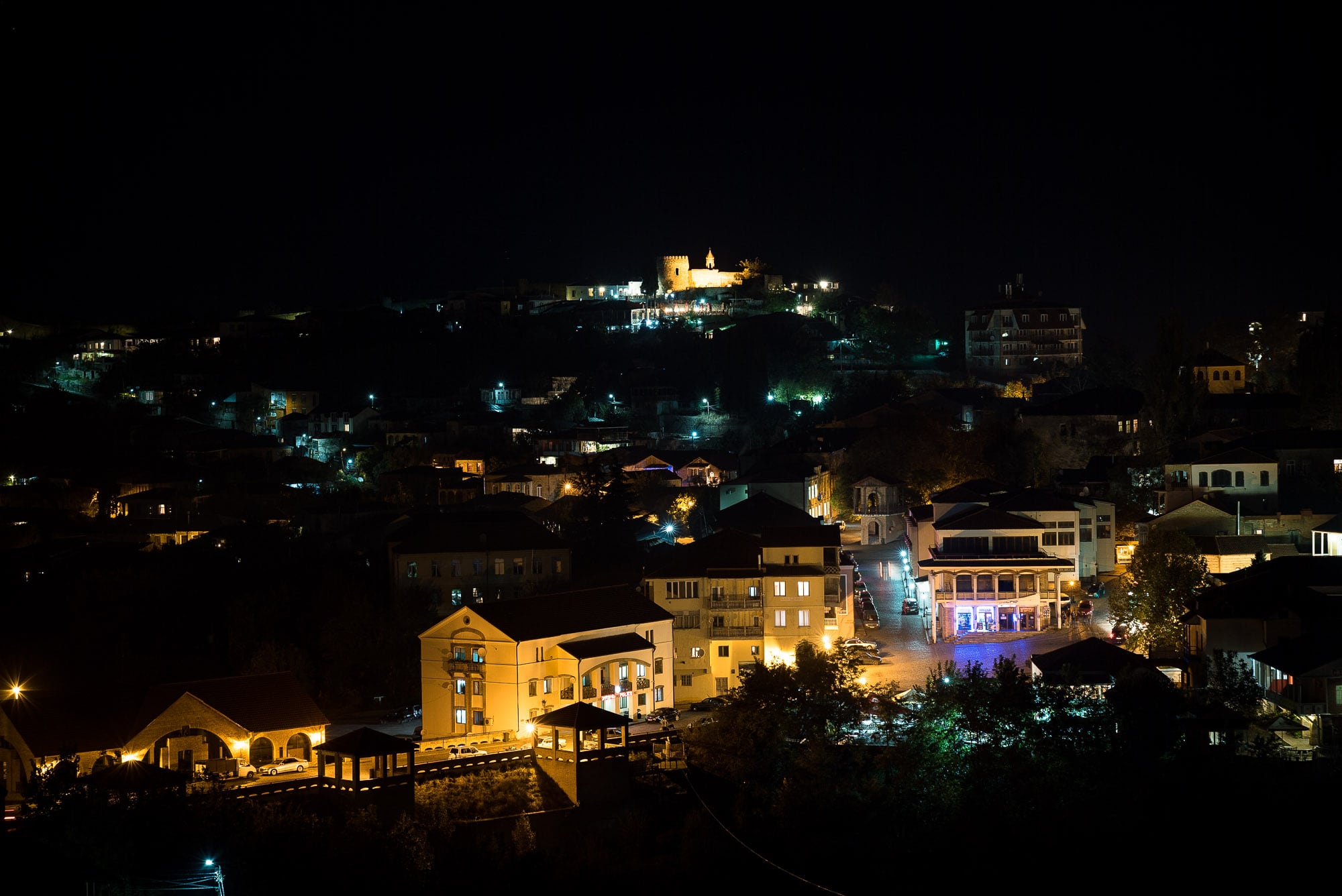 I walked past the cafés and restaurants and bars: 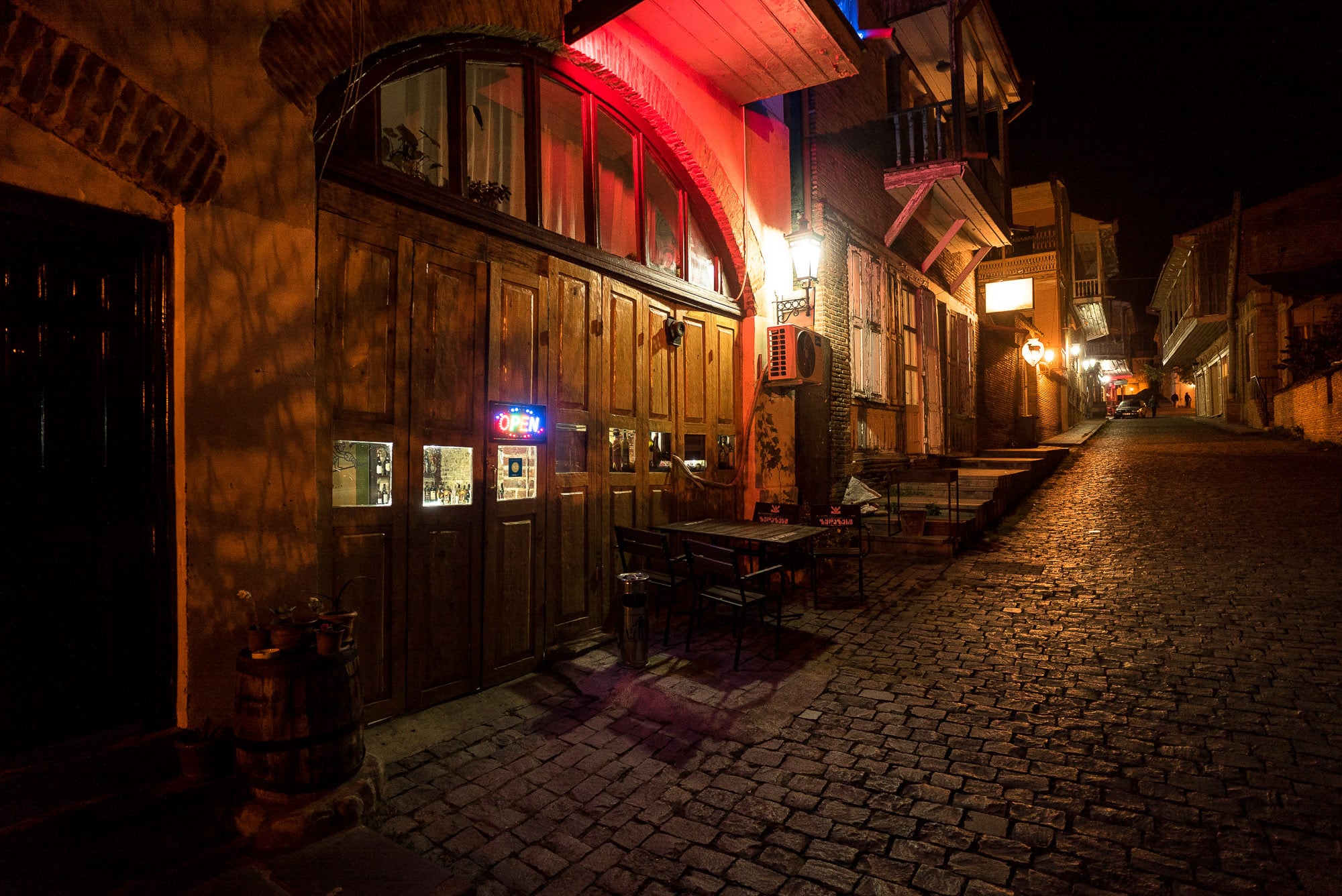 And because my lunch had ended up being so late, I decided against dinner and just bought some stuff in a little shop: 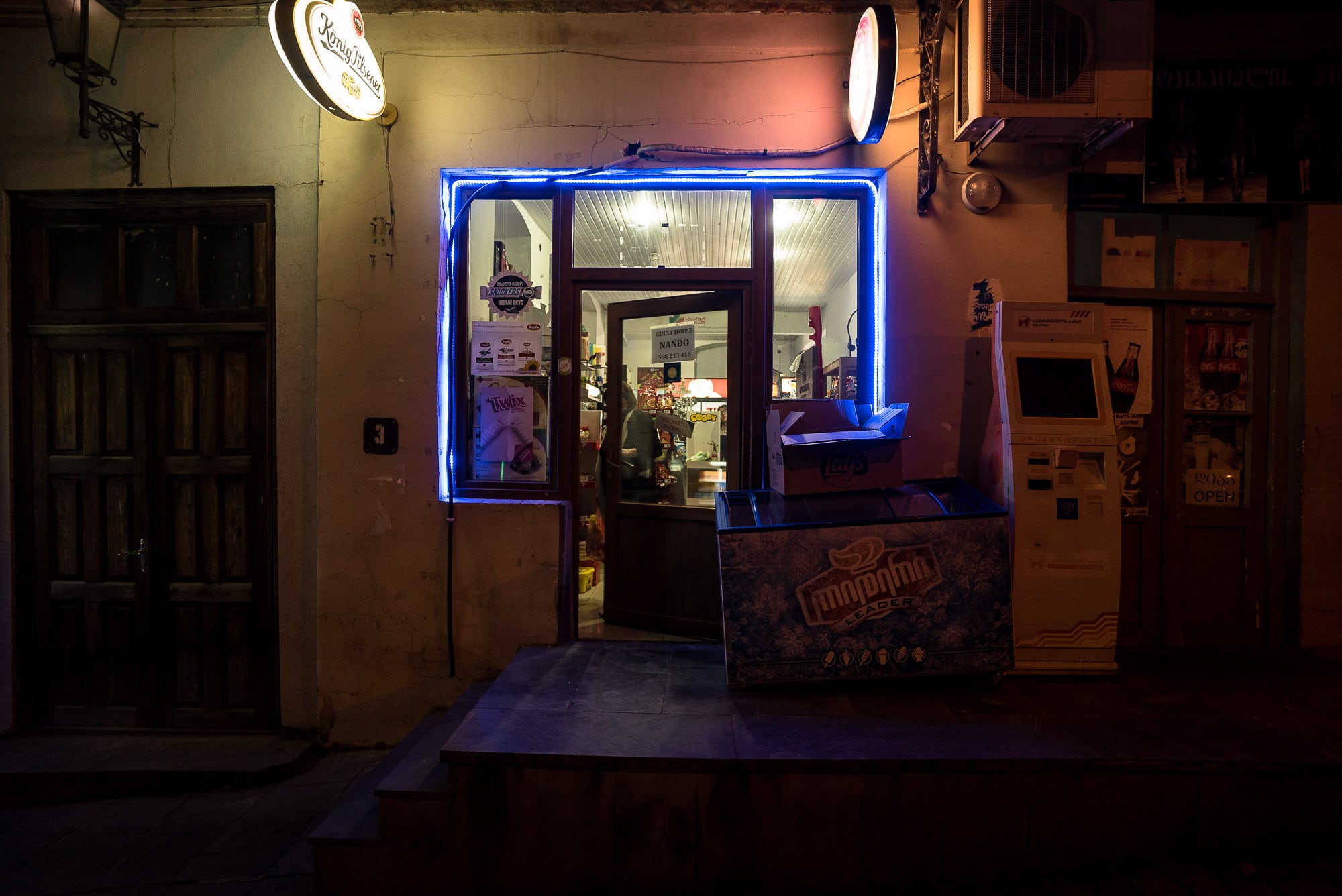 Then I went back to the guesthouse and crashed on the bed.