I woke up to the most gentle of morning lights: 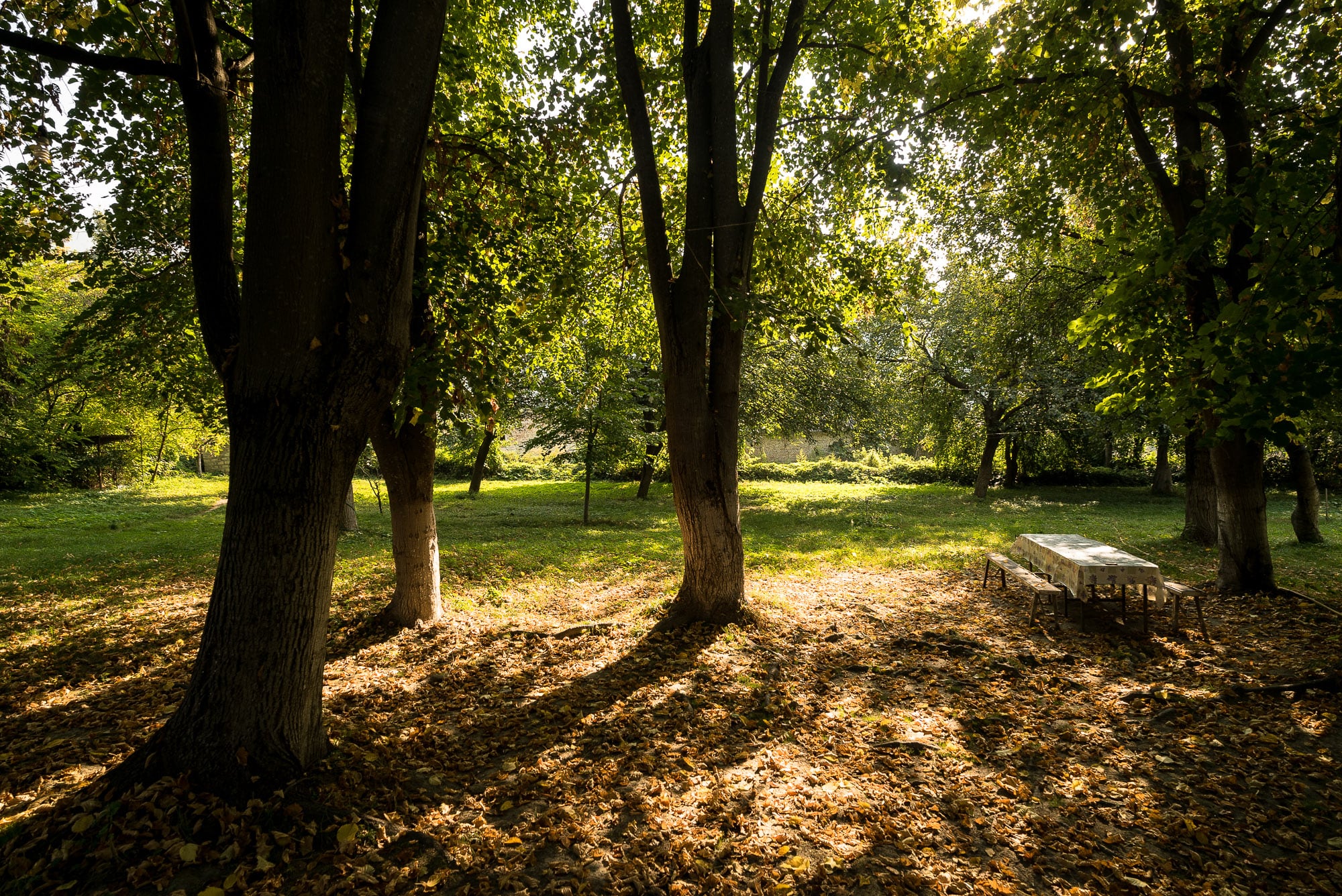 Fazil was busy doing his accounting: 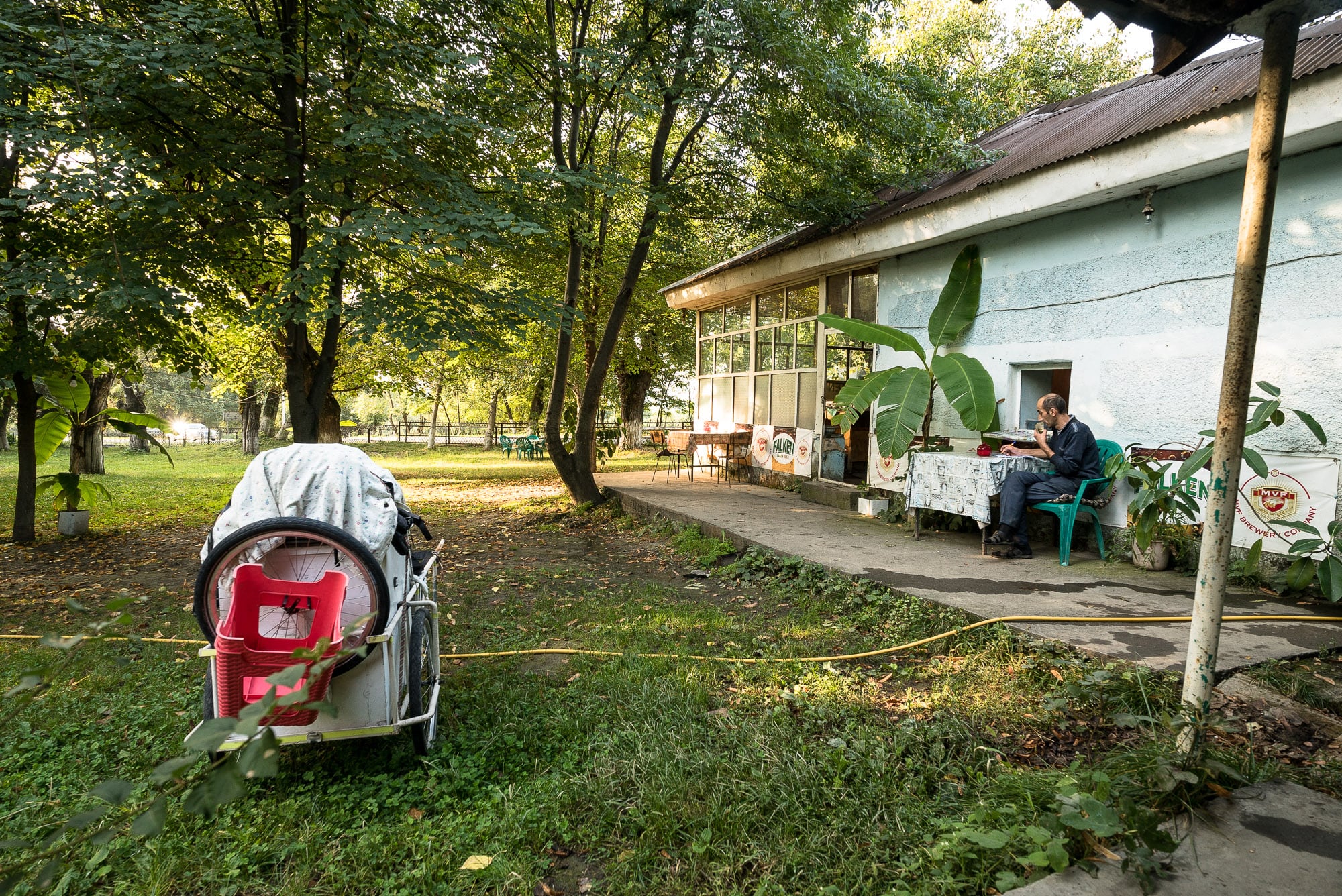 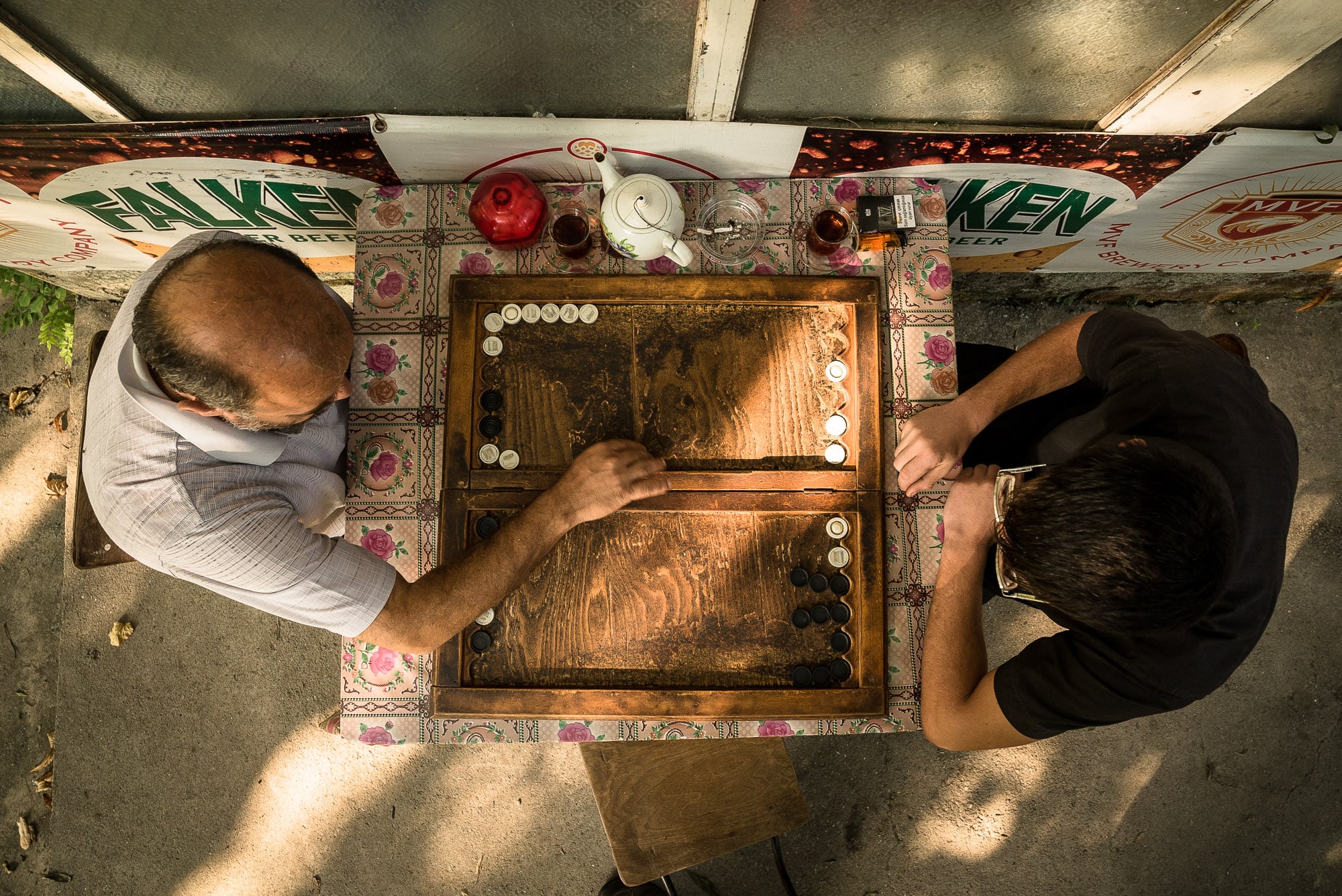 Want some piti? Fazil asked me, and he showed me the food he was preparing: 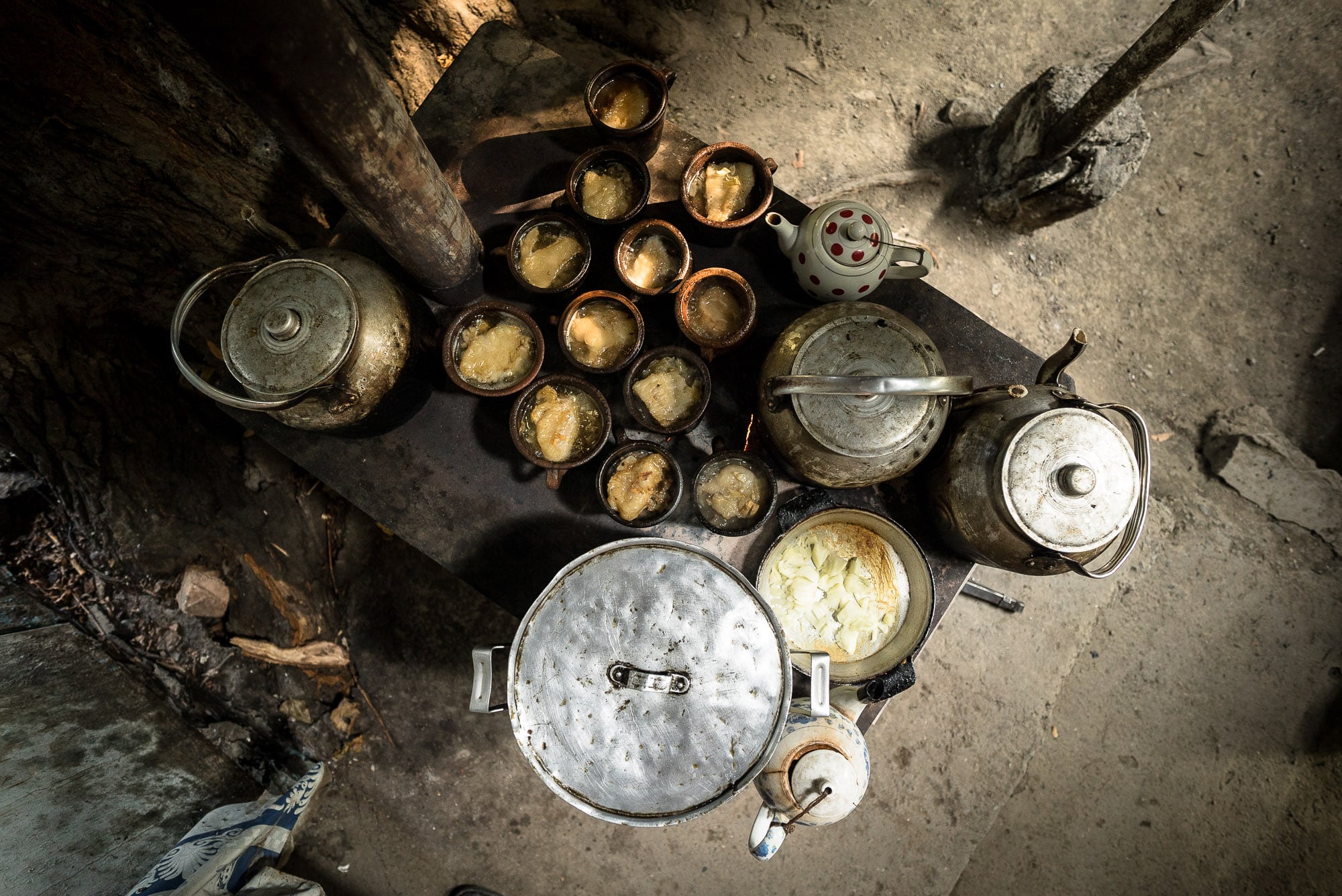 Piti is a dish of mutton and vegetables slow-cooked in a little crock. Of course I wanted one!

So I had a serving of piti while Fazil was resting from his work: 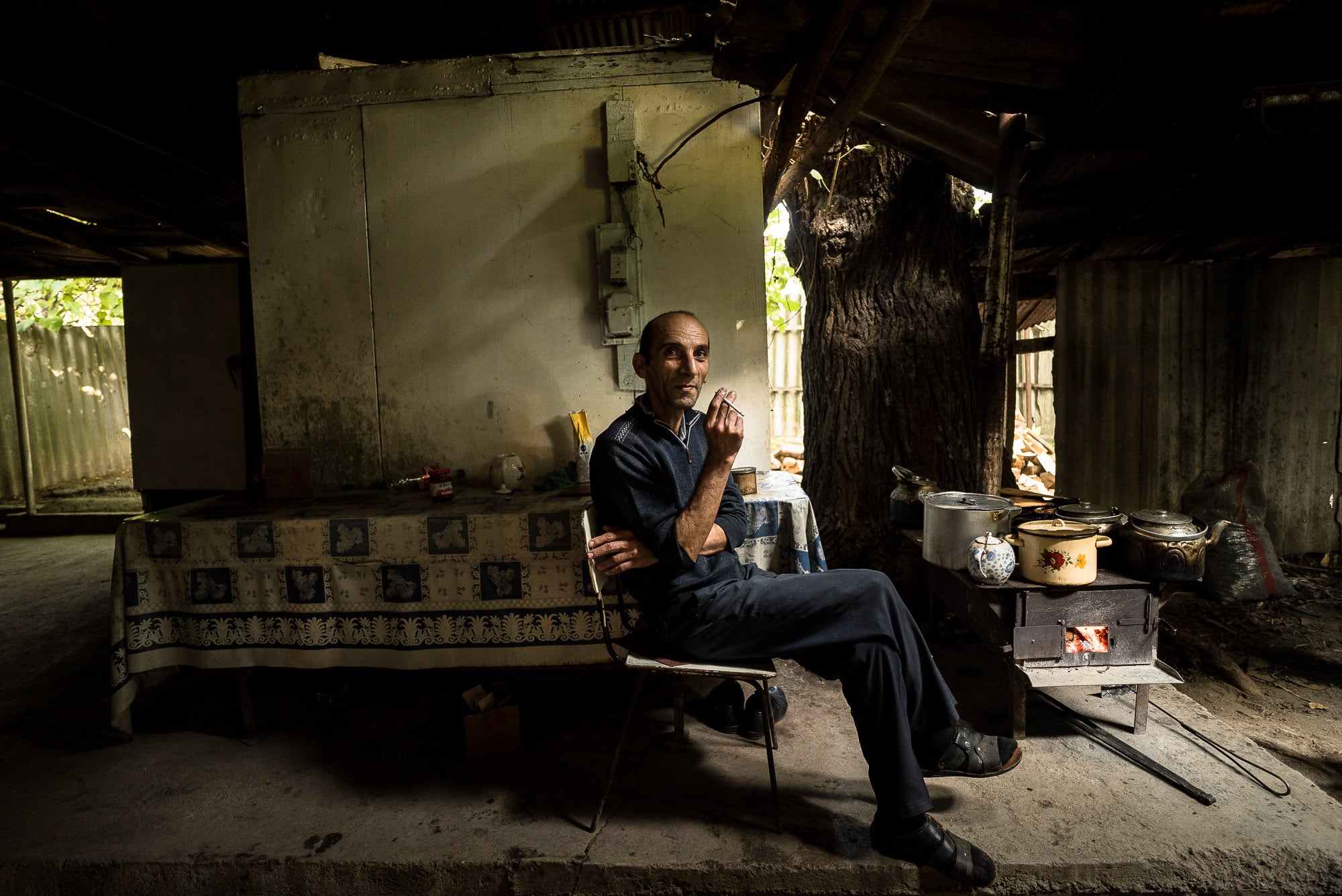 And it was awesome.

Then I got back on my way: 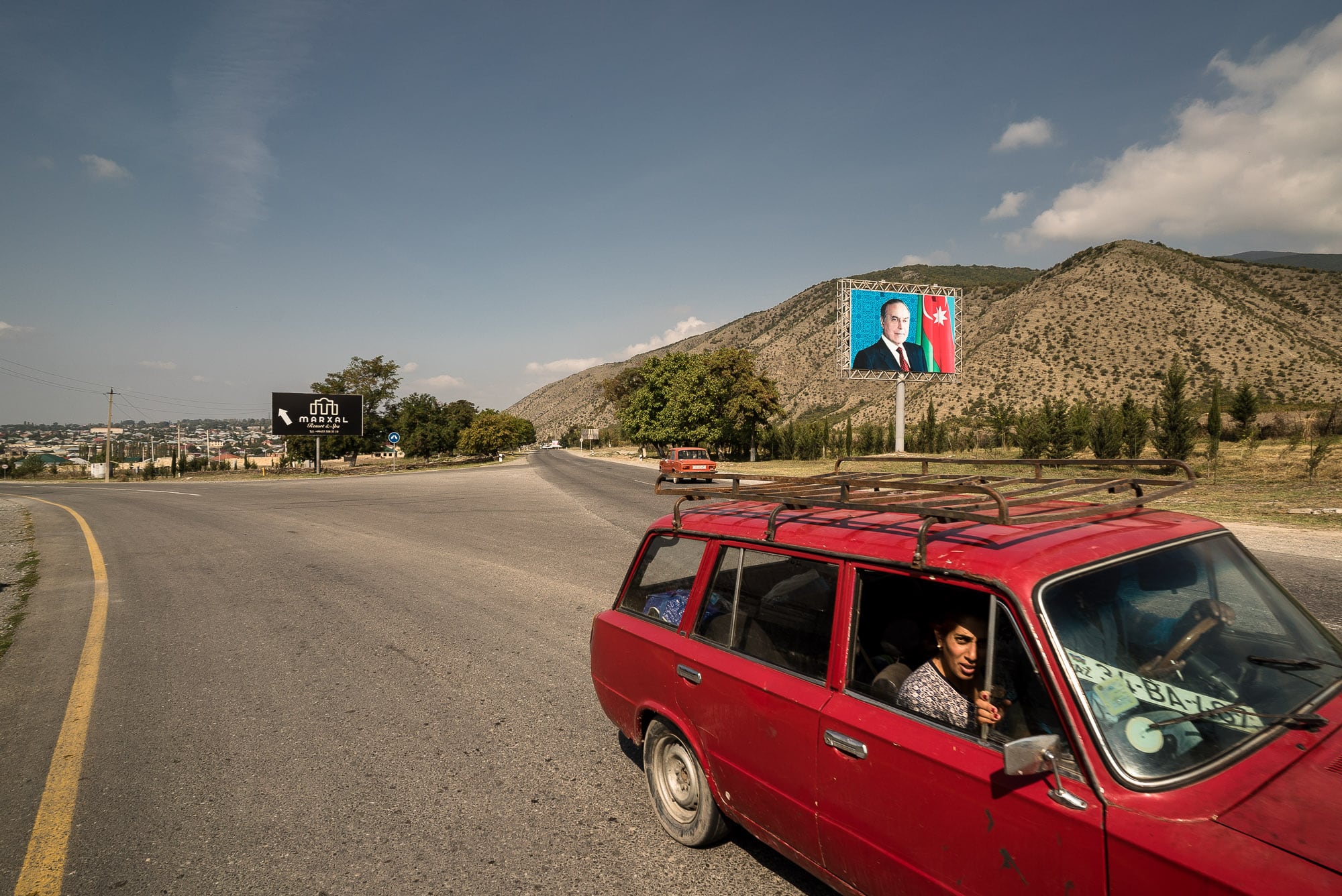 I reached the outskirts of Sheki at about two in the afternoon, at which point the road started reaching for the mountains: 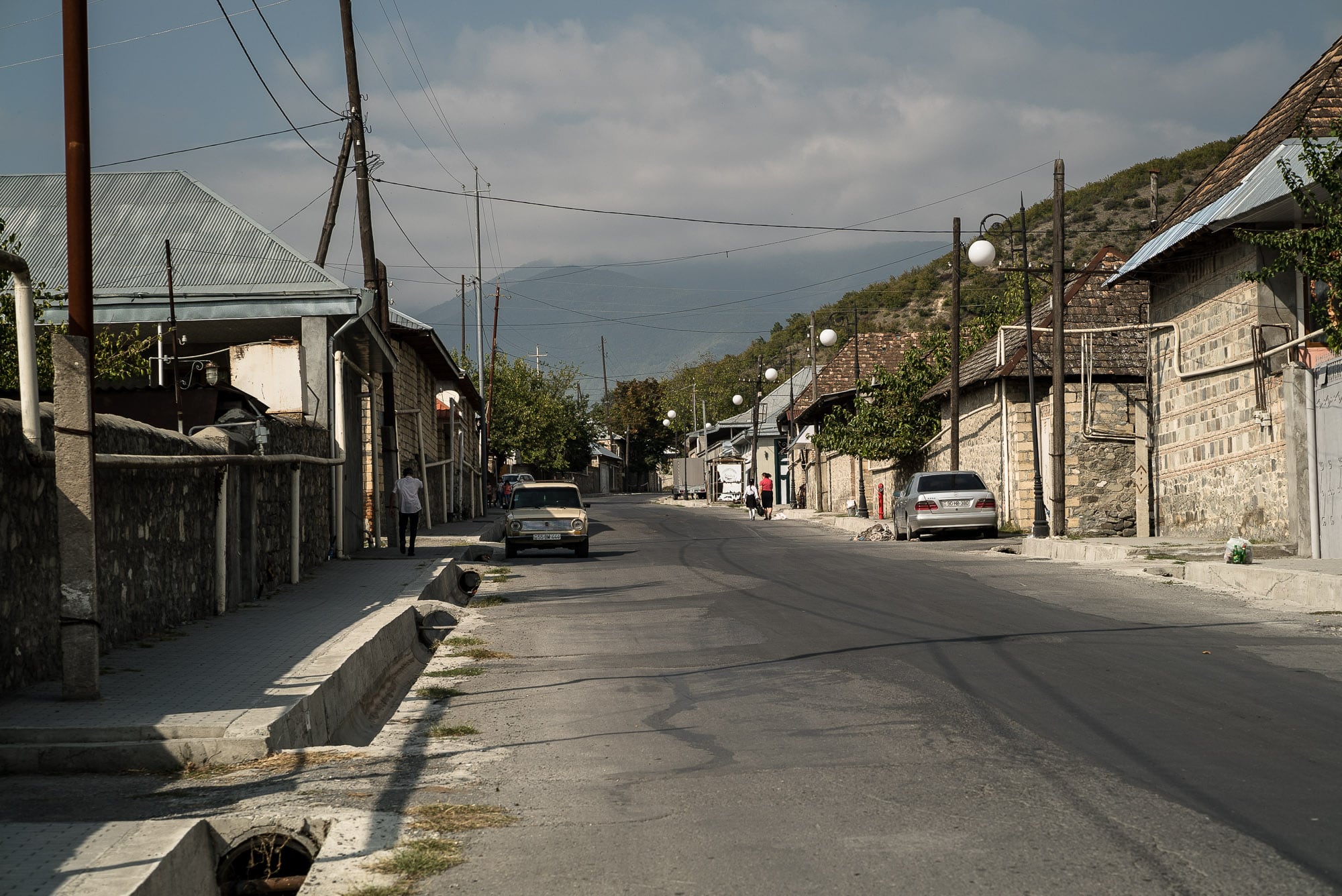 Sheki was situated in an elevated valley, so I had to work my way up against the weight of the Caboose: 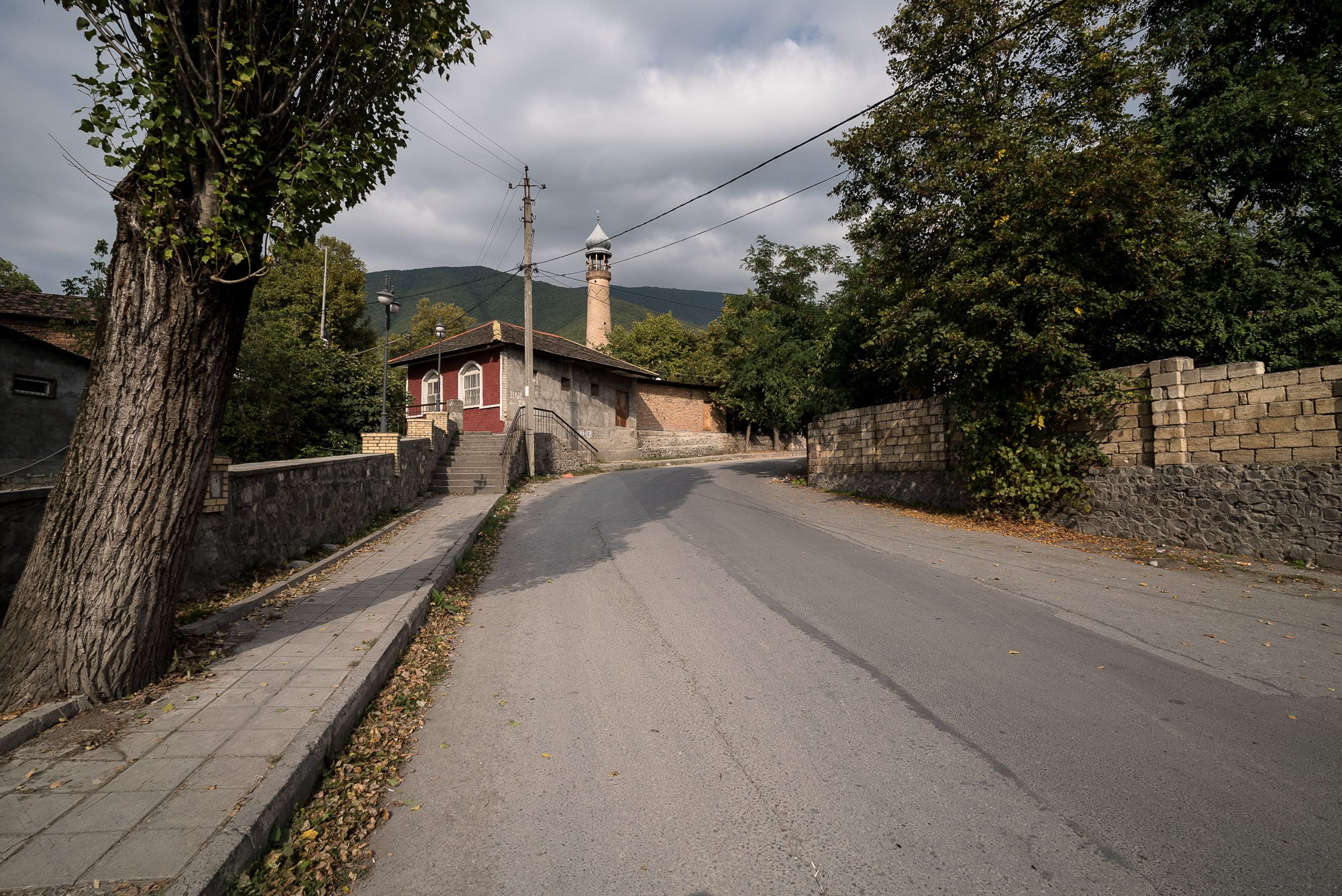 And then I was there, in the old town of Sheki: 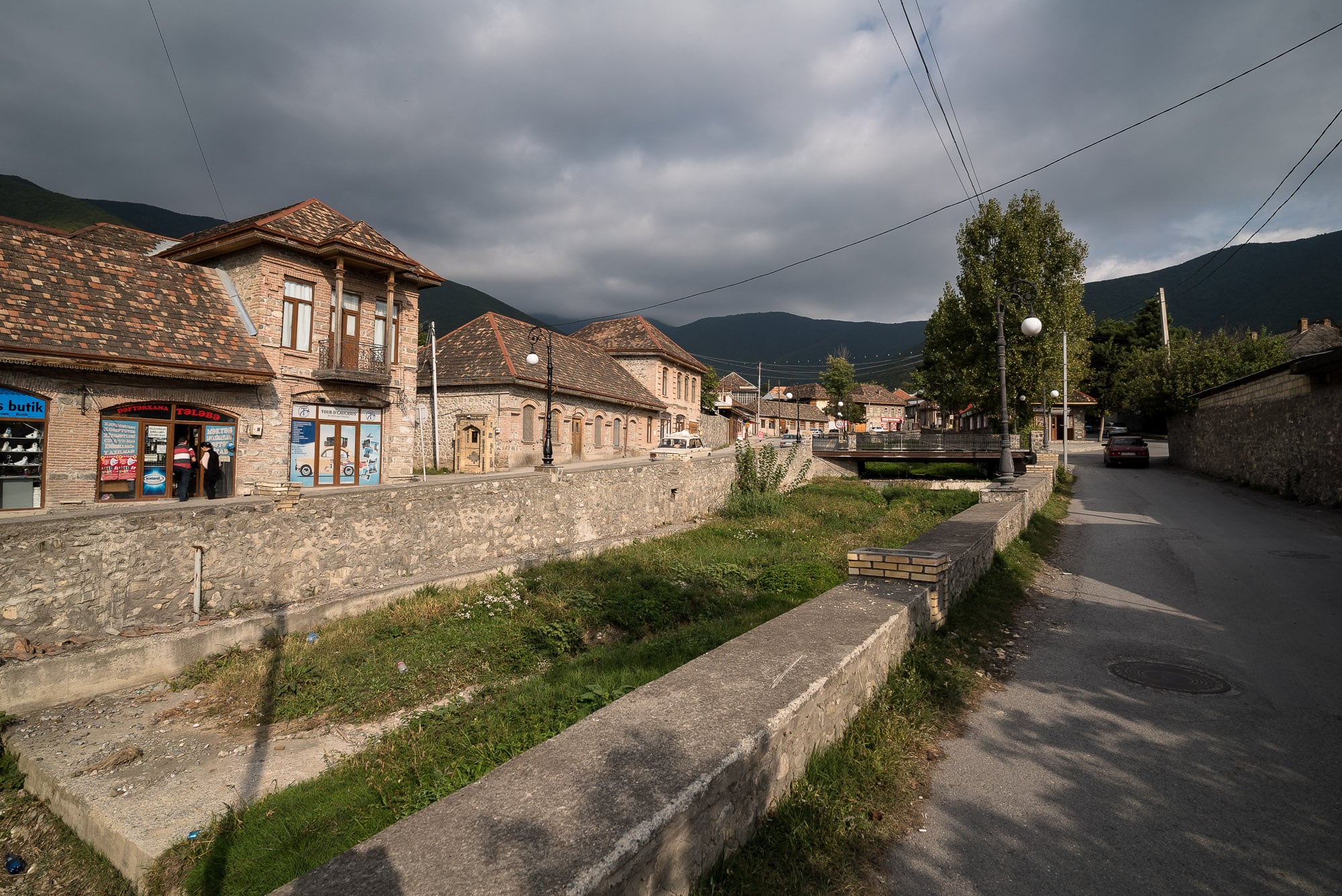 It was still early, and I had all that excess energy from the piti, so I decided to take the Caboose for a spin and walk around a bit before deciding on a place to stay.

There was an old mosque behind a gate: 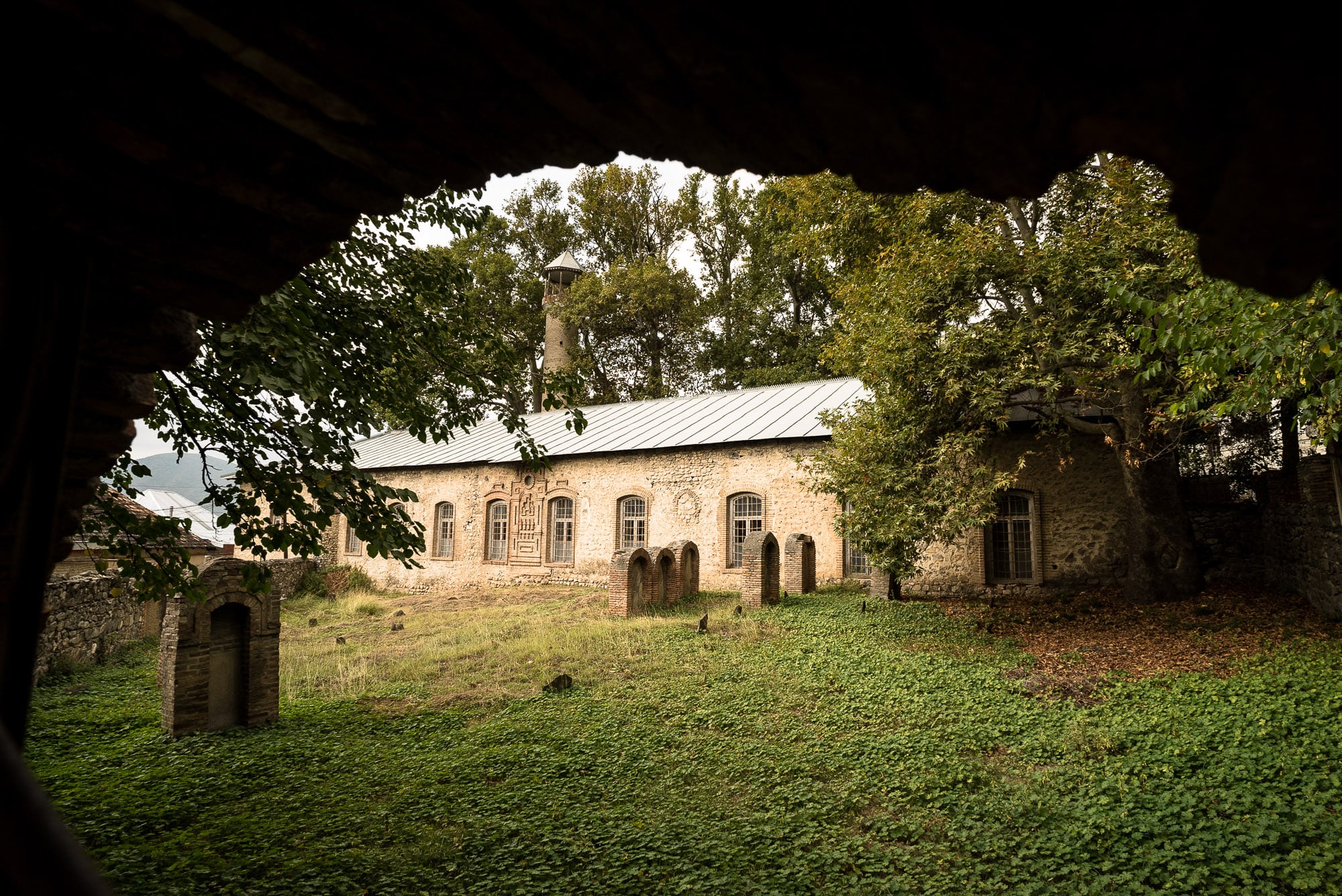 There was a royal palace behind a wall: 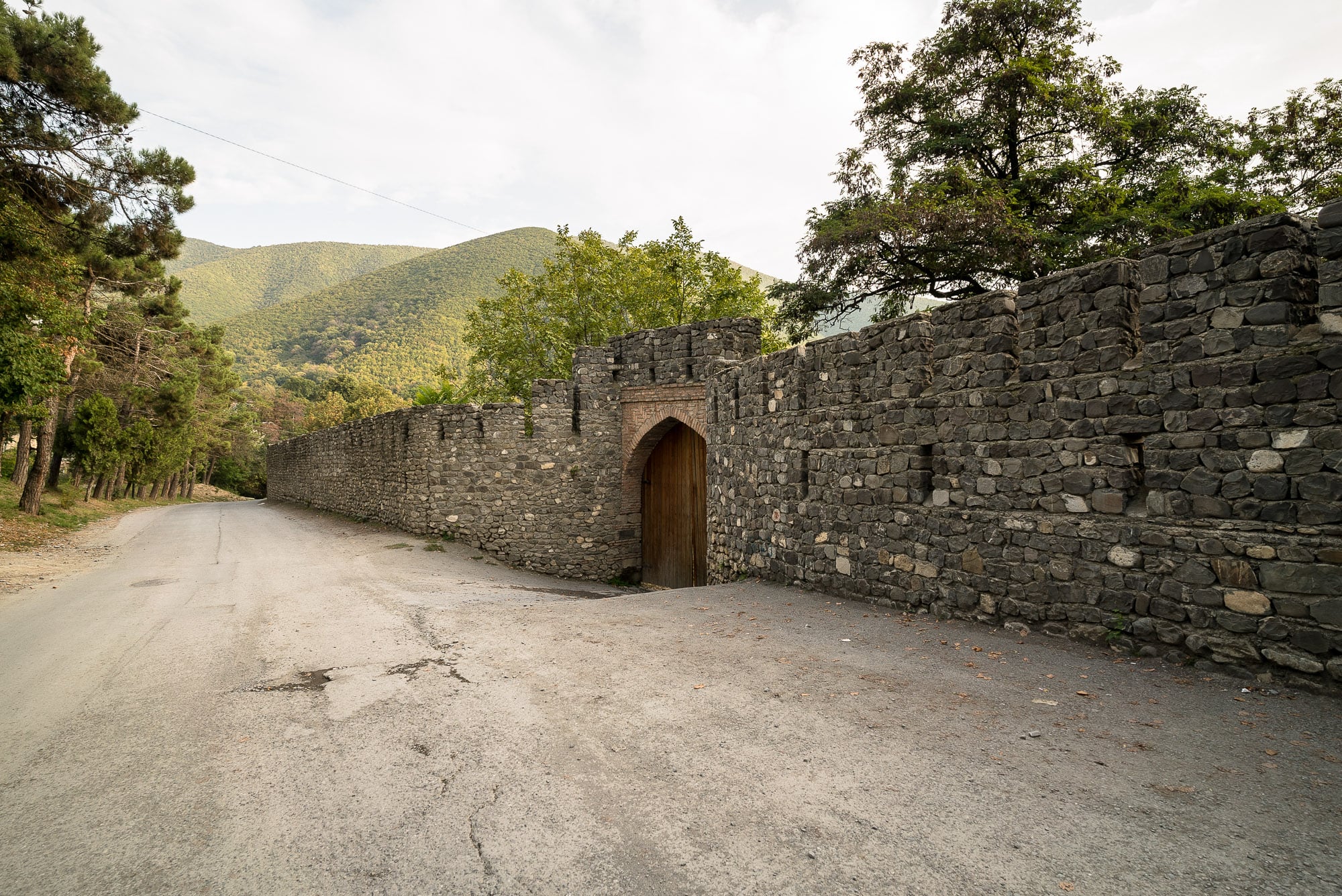 And there was an old building that I was too lazy to identify: 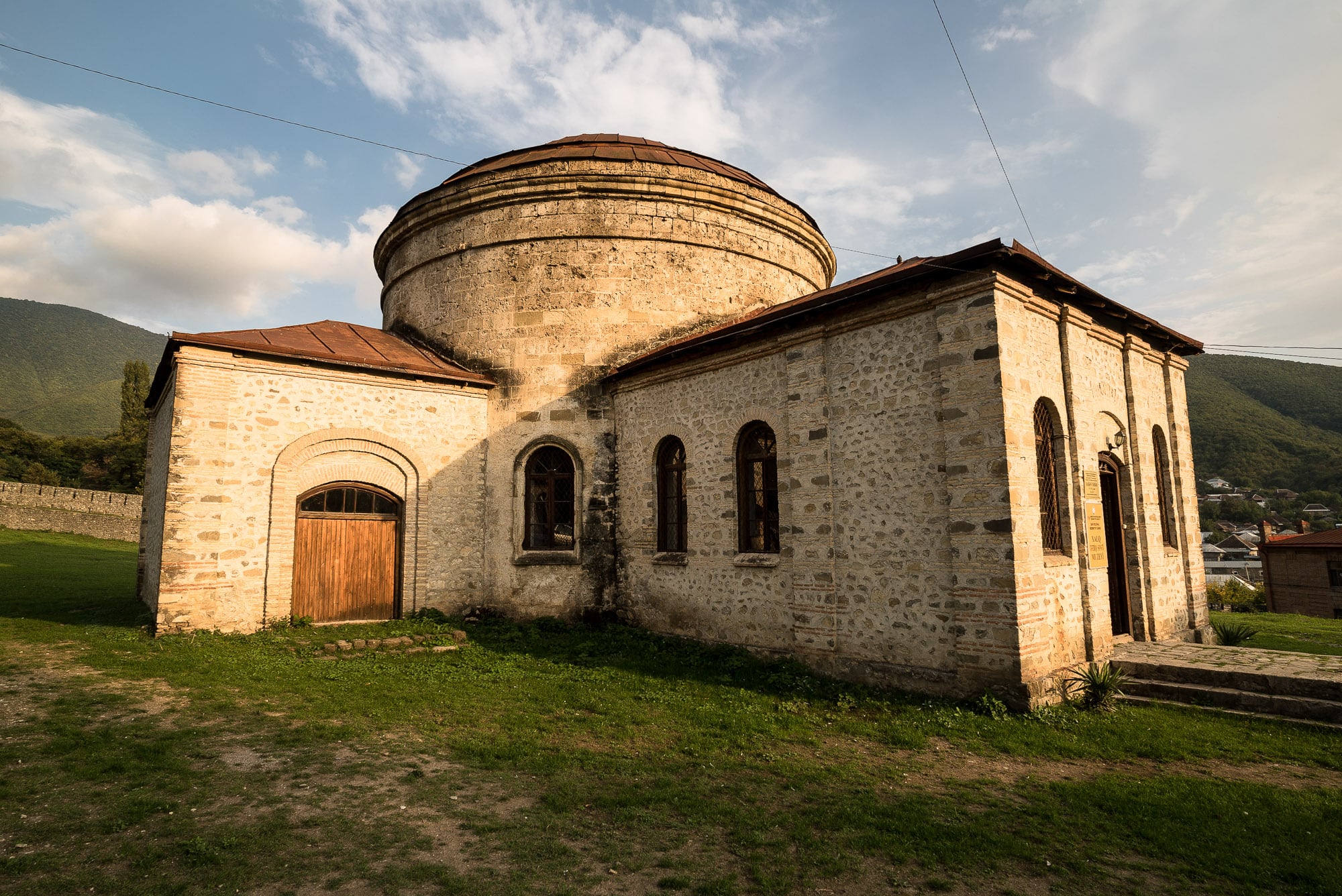 I stopped to photograph these scribblings on a transformer box: 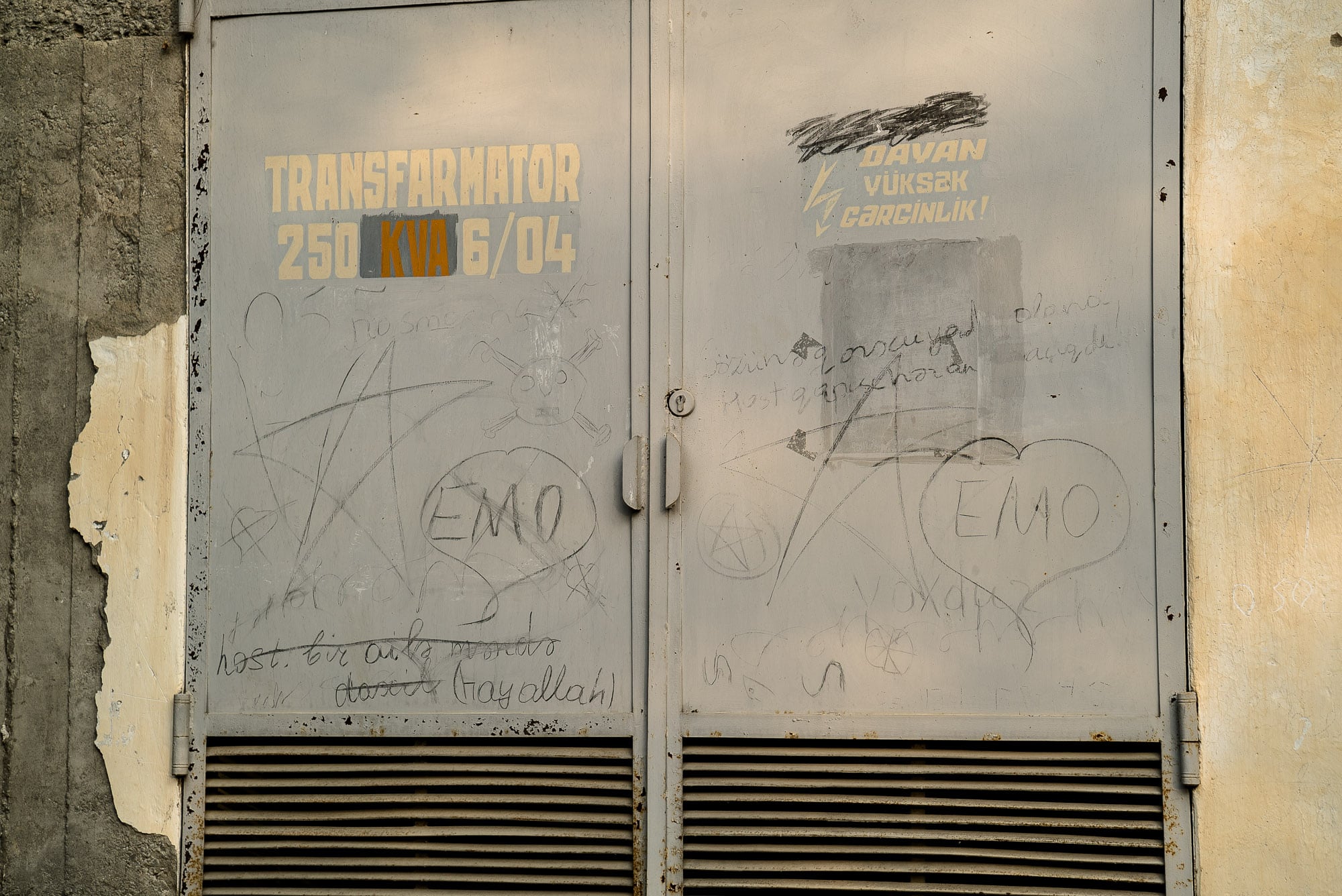 Then these little dudes appeared and started questioning me: 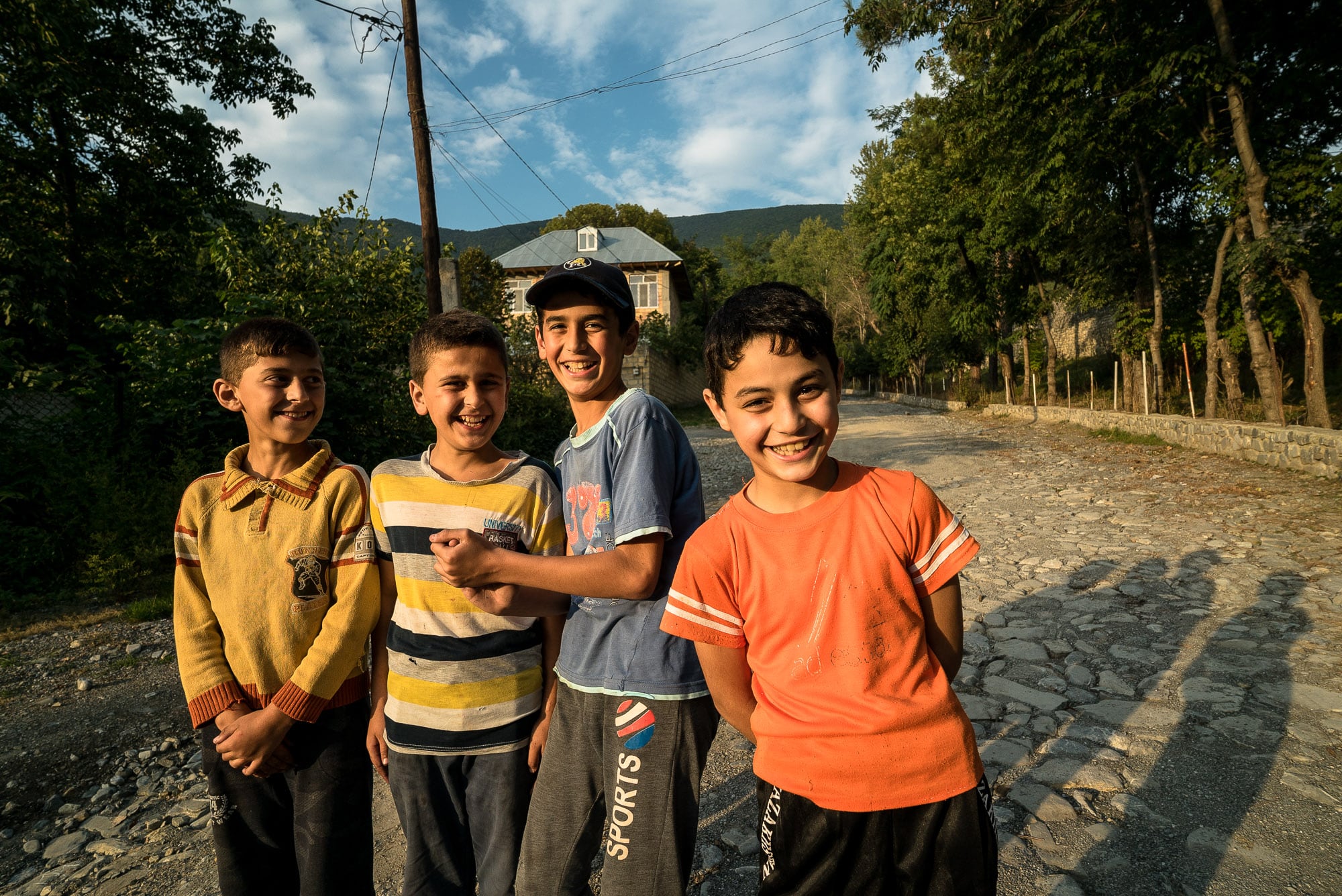 I don’t speak Azerbaijani, so we couldn’t really understand each other. But we had a good time anyway, and it was decided that we had to pose for a super cool photo to commemorate the occasion: 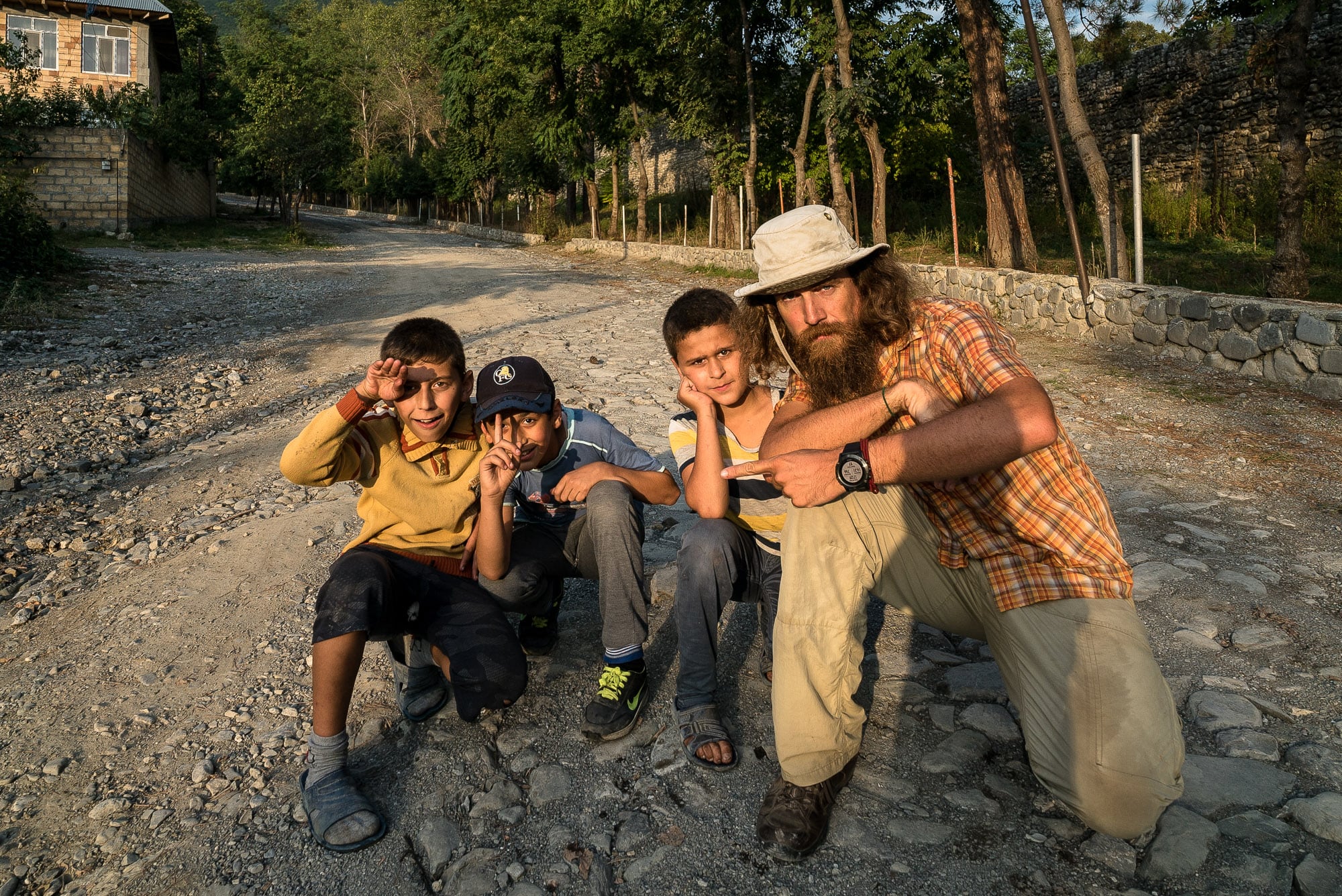 Then I started looking for accommodation in the tangled mesh of Sheki’s streets: 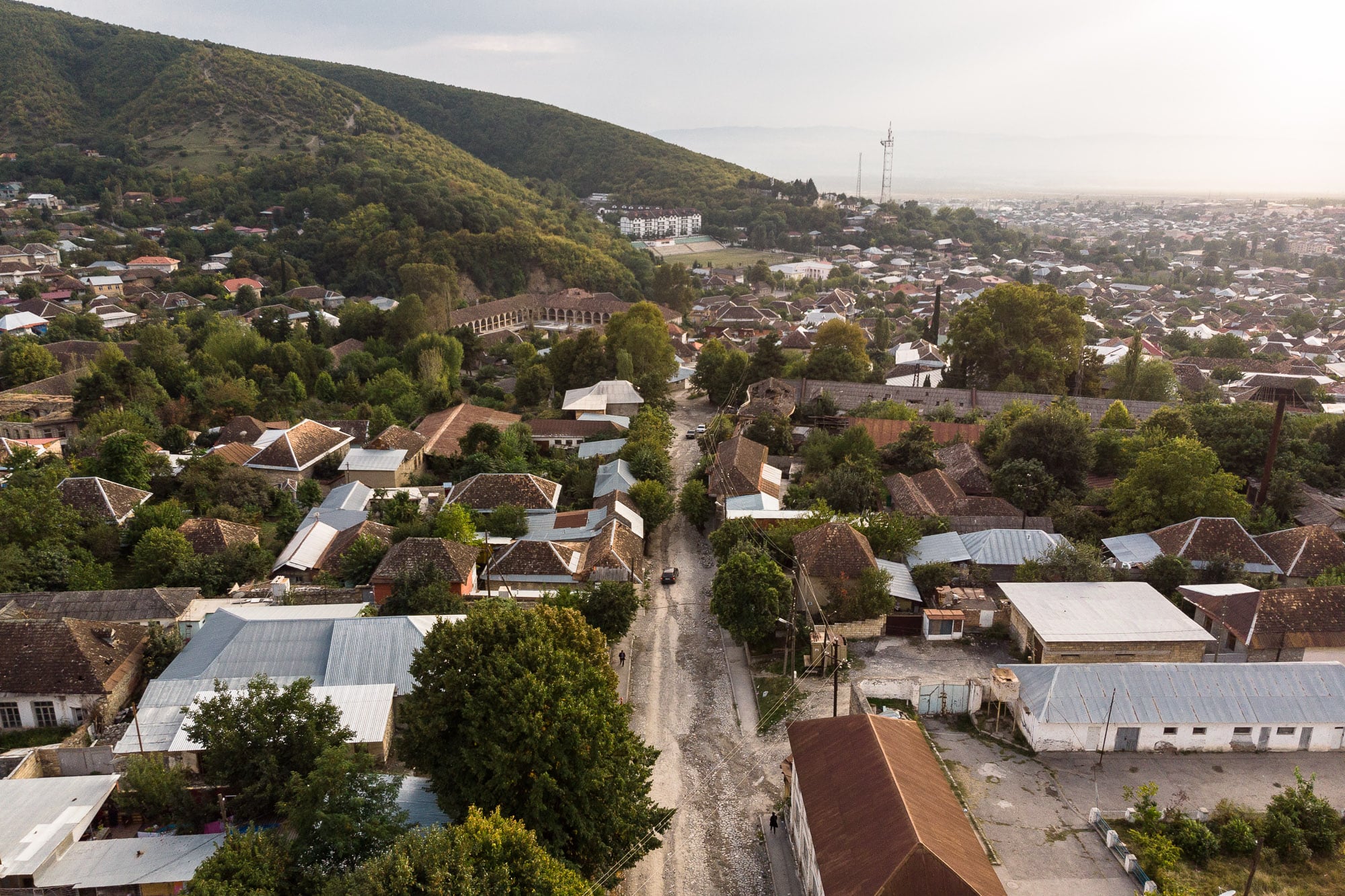 Day 1251
from Fazil's Restaurant to Sheki