I woke up in a small room with another piece of classic hotel art on the wall: 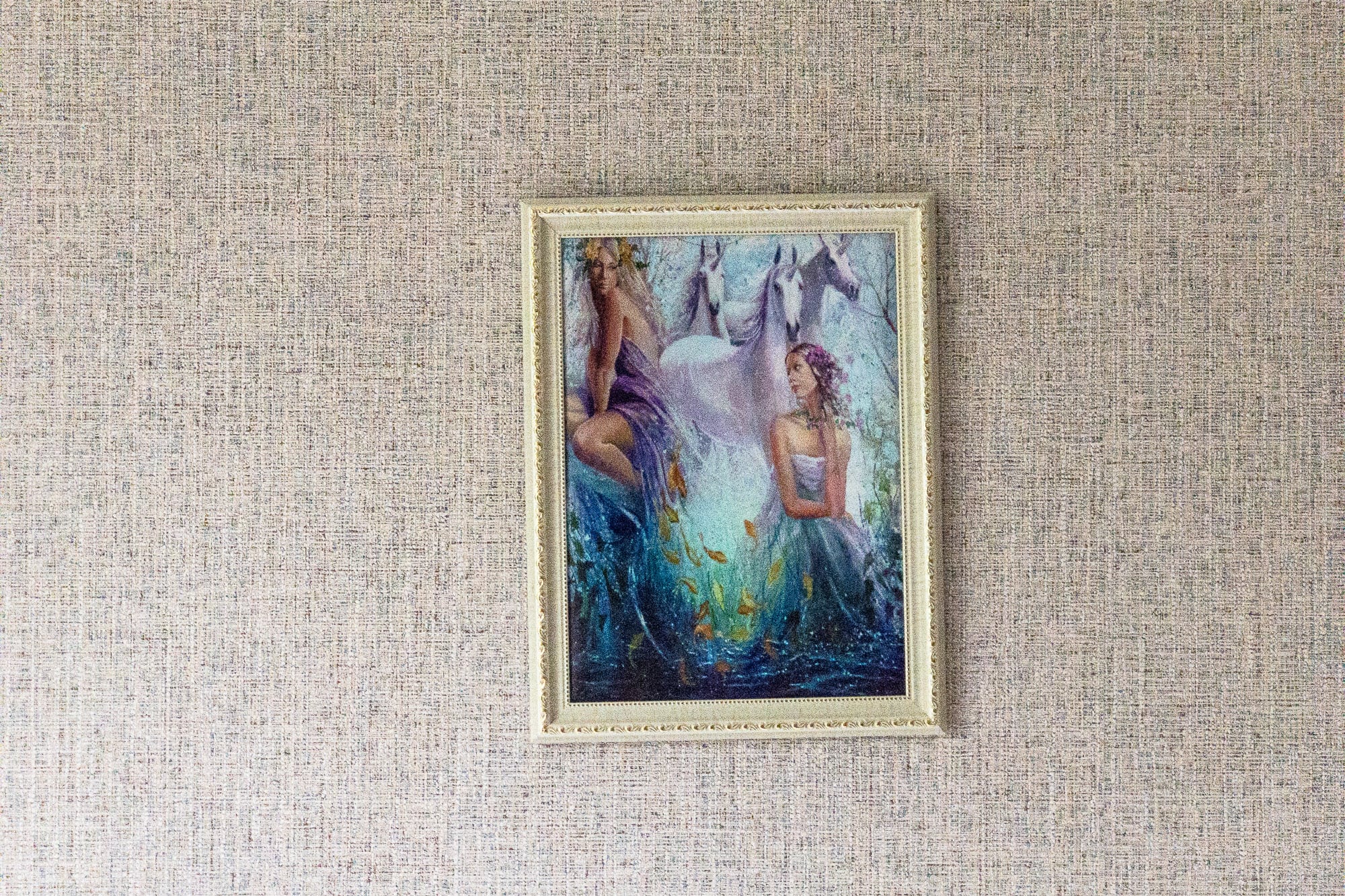 Someone gave me hot water for my tea, then I left. I was going to reach the historical town of Sheki today, finally. I had been looking forward to it for quite some time.

But first there was a little uphill battle that was overshadowed by massive smoke coming out of a factory in the distance: 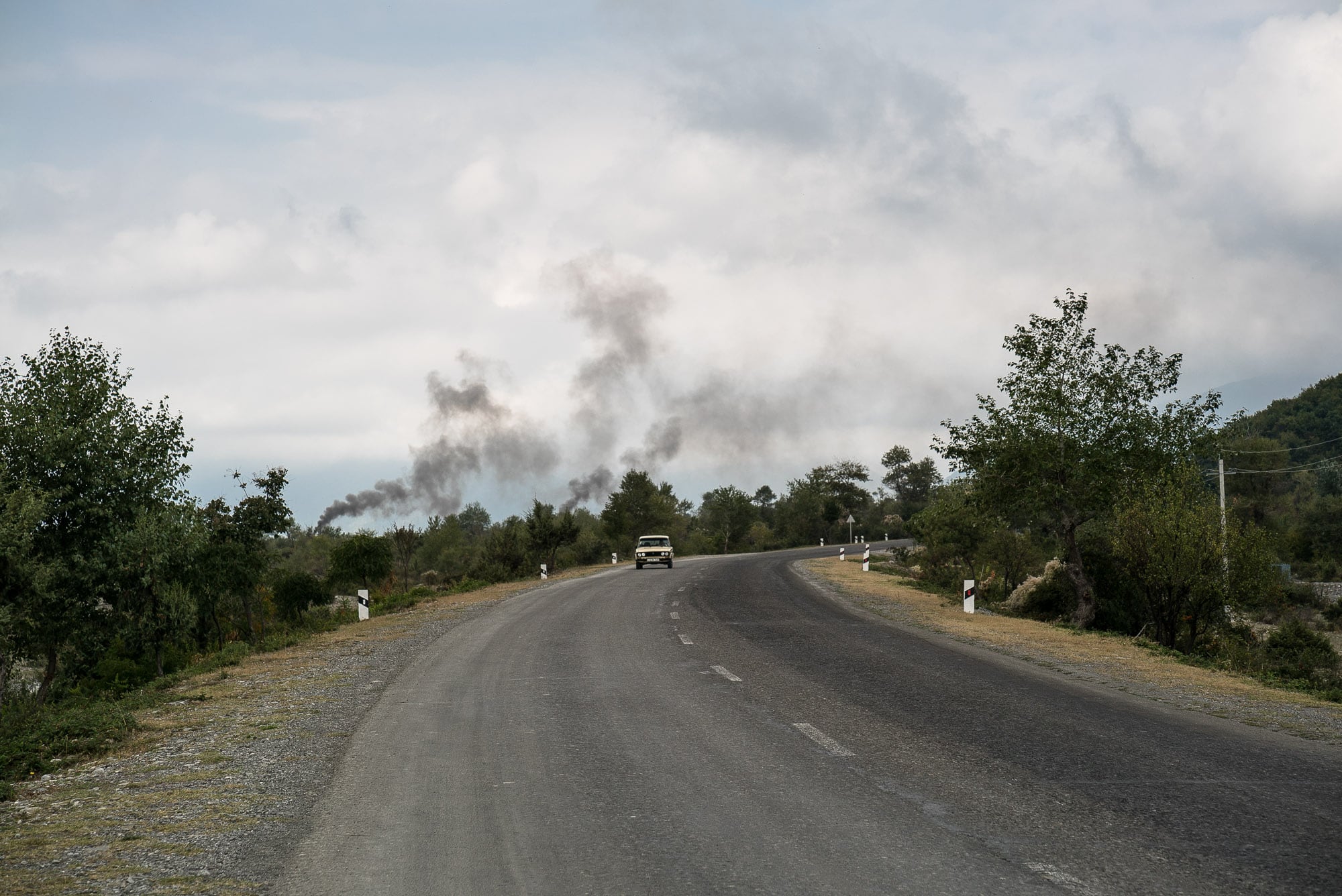 Temperatures had dropped considerably by now, and the insects outside were a lot slower than just a few days earlier. This butterfly didn’t even care at all: 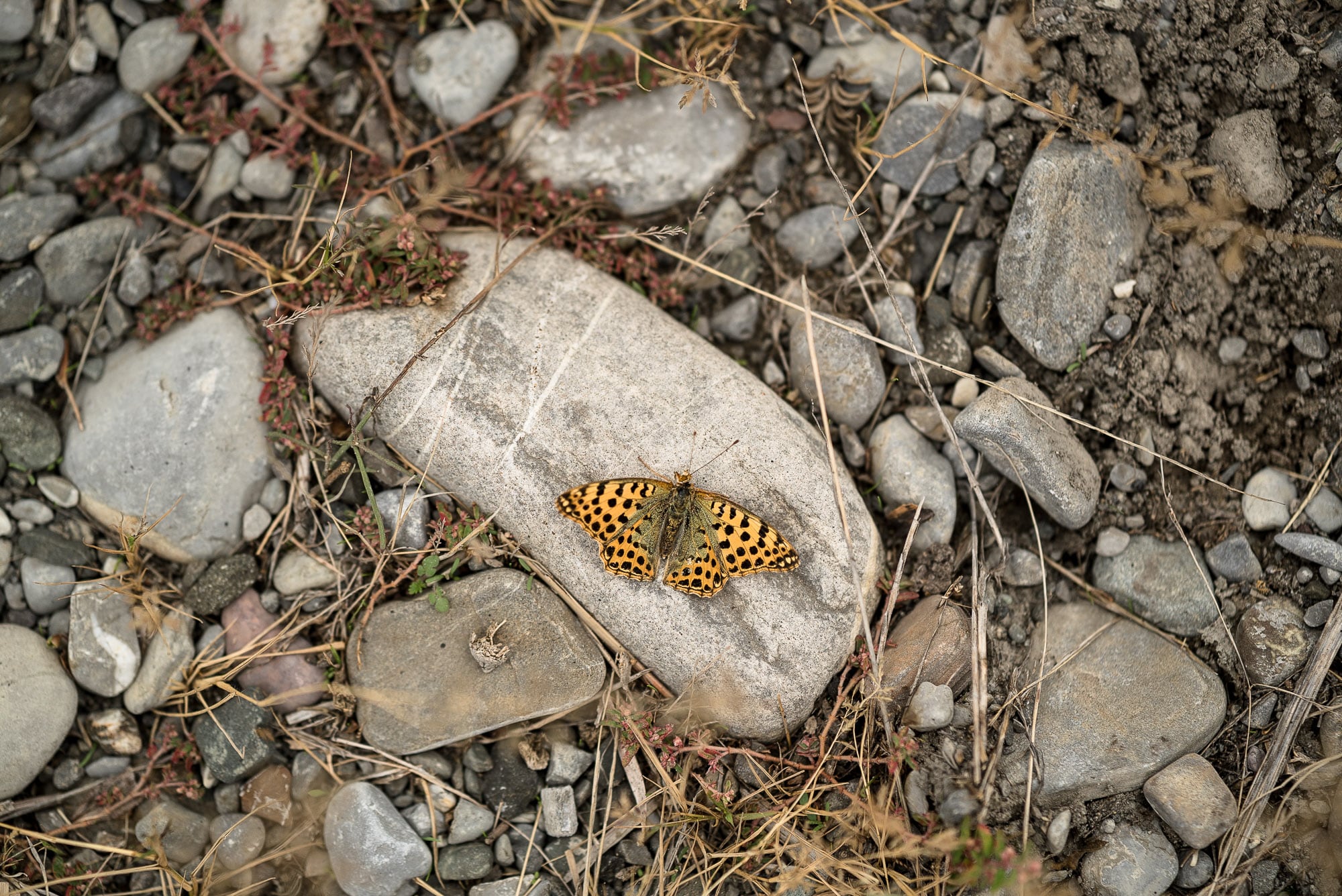 When I reached the highest point of the uphill slope, I noticed a smell of rubber in the air. There was a gravel pit, and next to it, an asphalt factory: 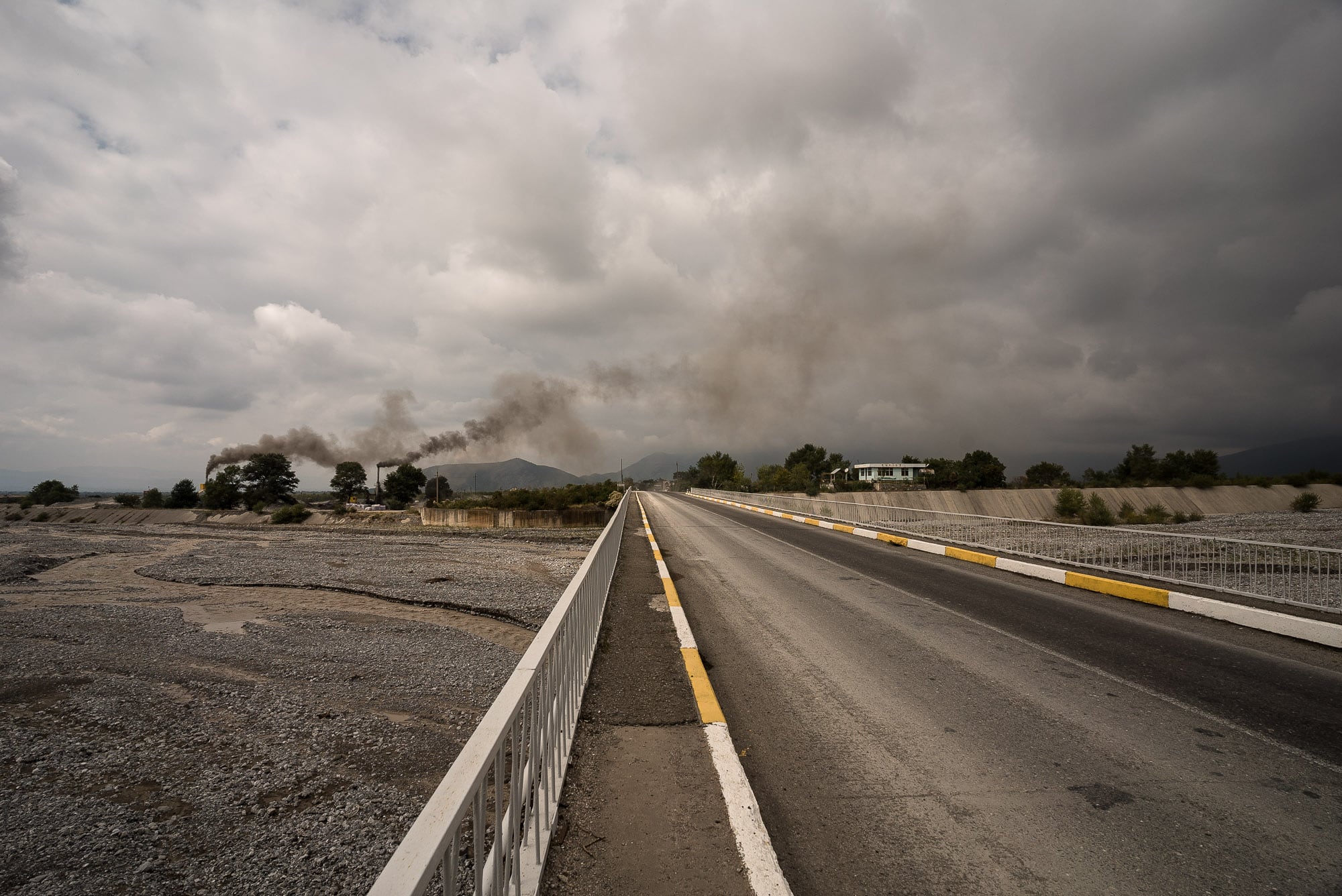 And next to the factory, a sign that welcomed visitors to Sheki: 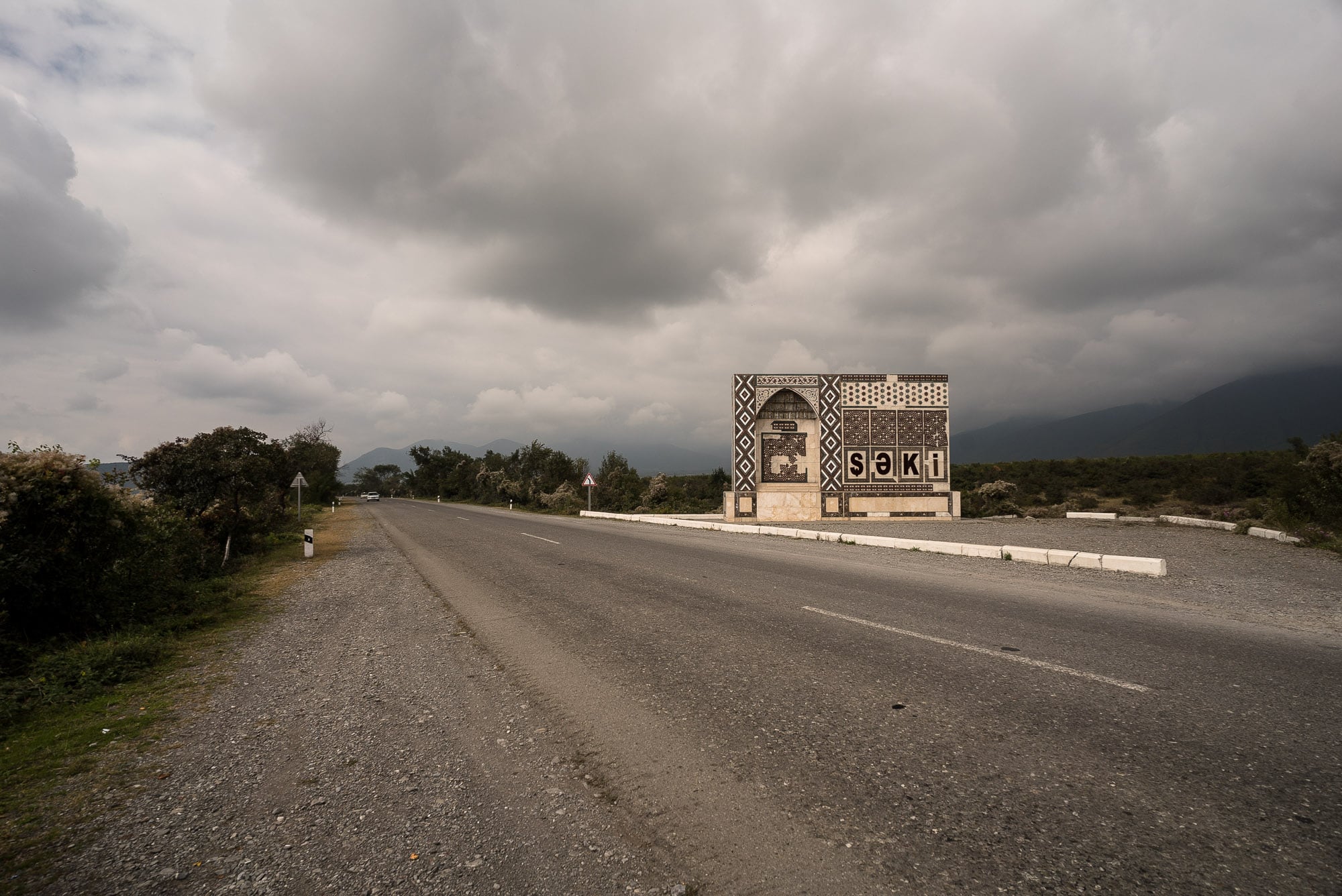 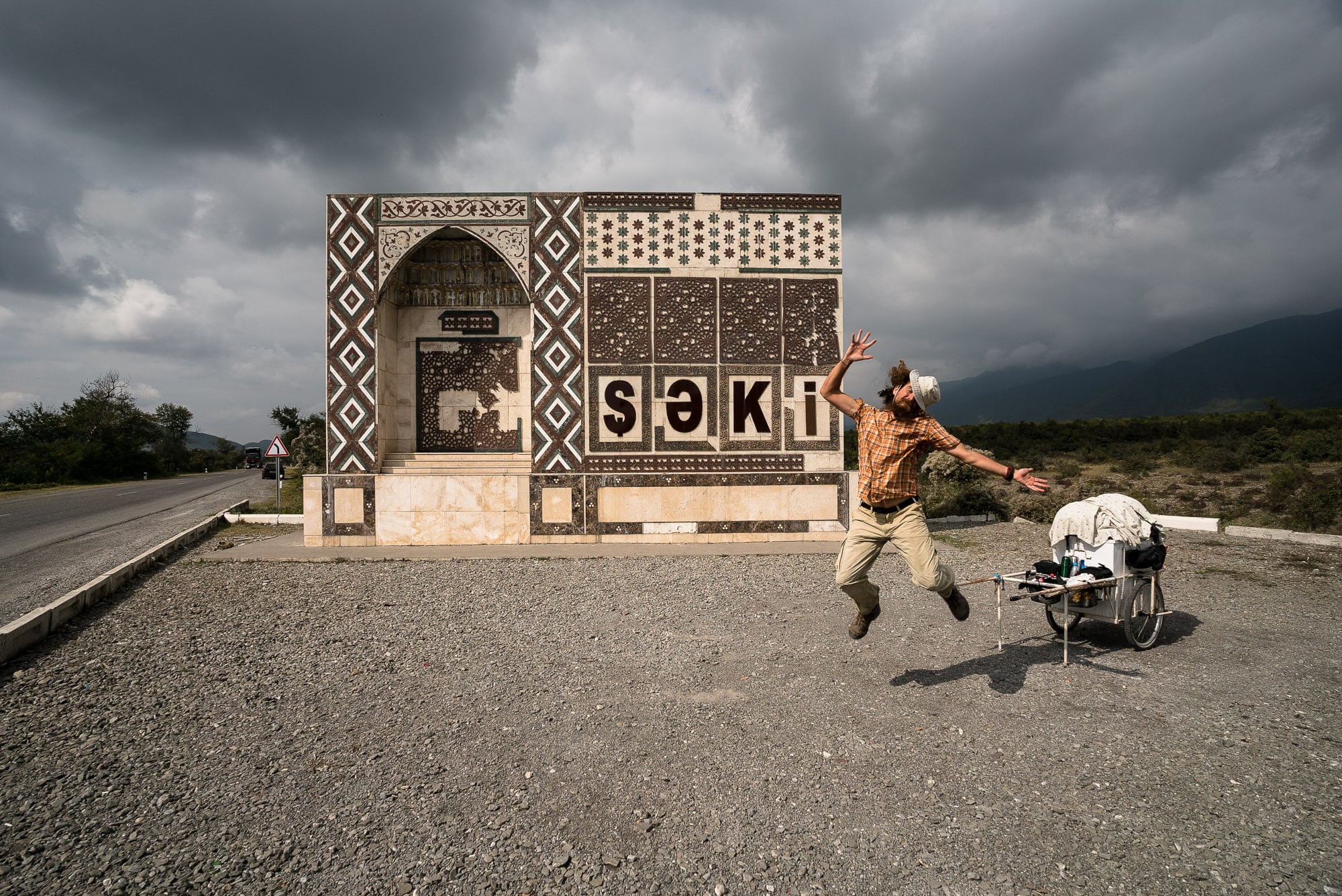 This gentleman watched me bounce around and busy myself with the camera, until at some point he demanded to have his picture taken as well: 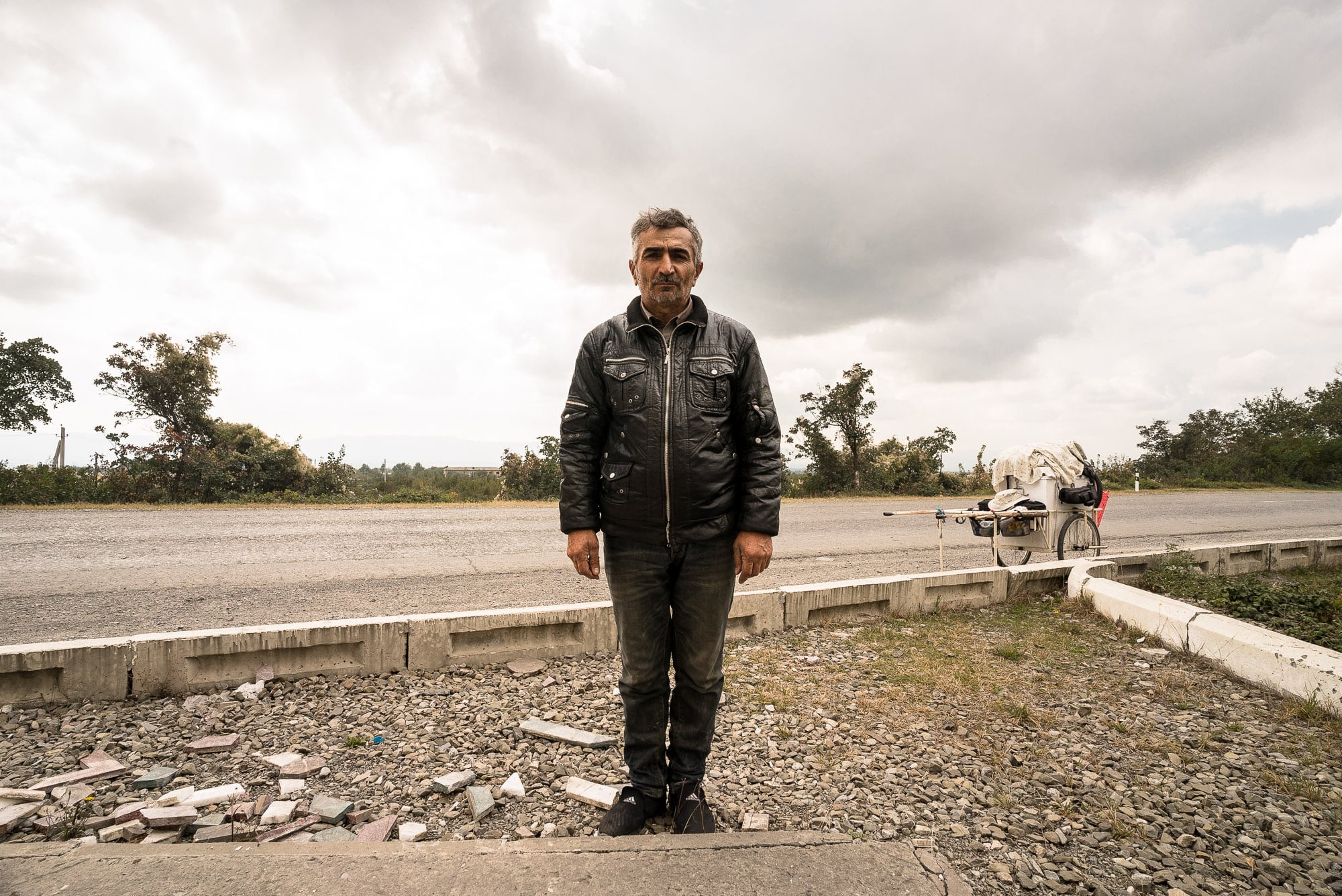 Unfortunately, he didn’t want to jump up and down.

Then I left the place of rubber smell and smoke, and I got back on the quiet road to the west: 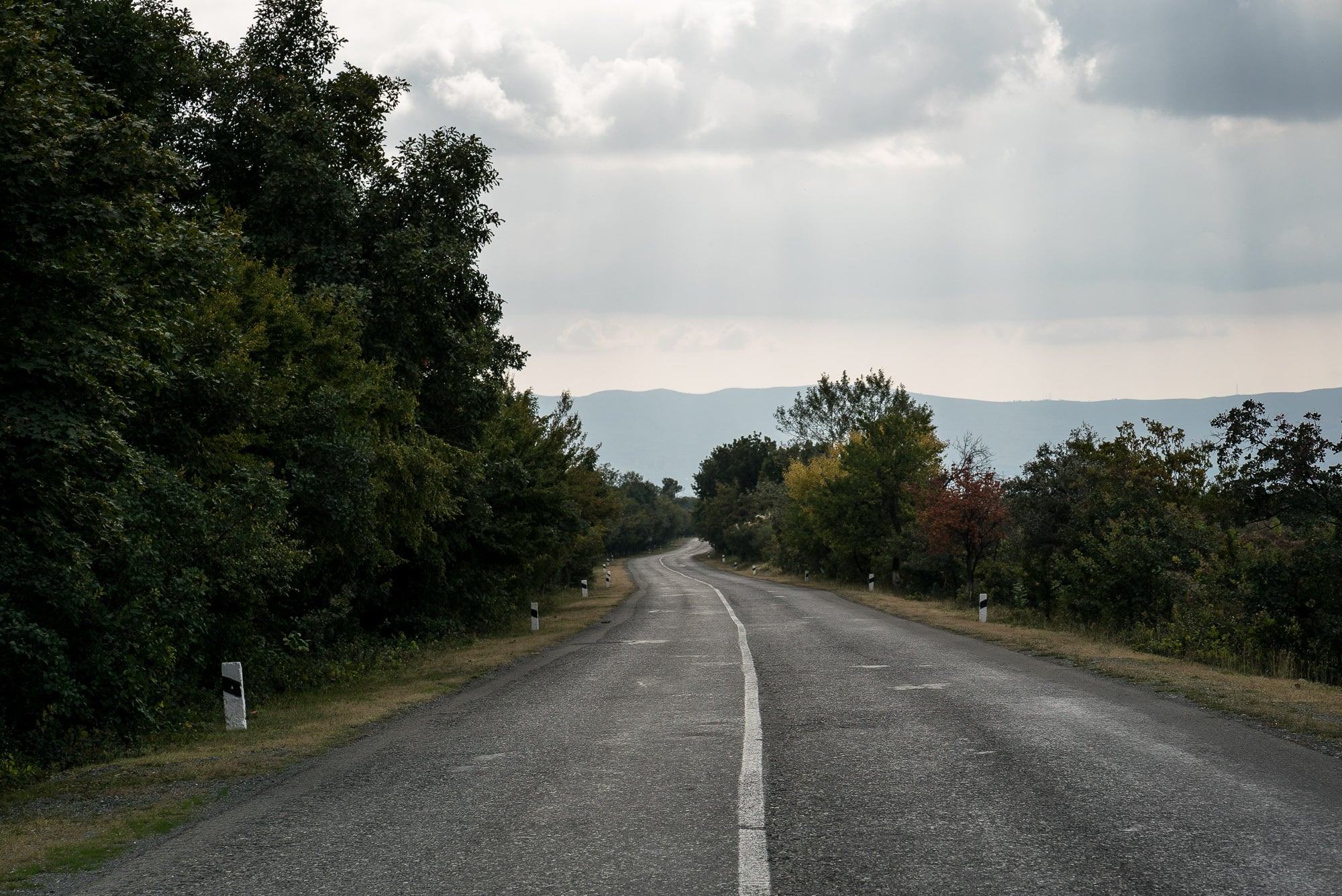 I picked this leaf and put it in my little notebook: 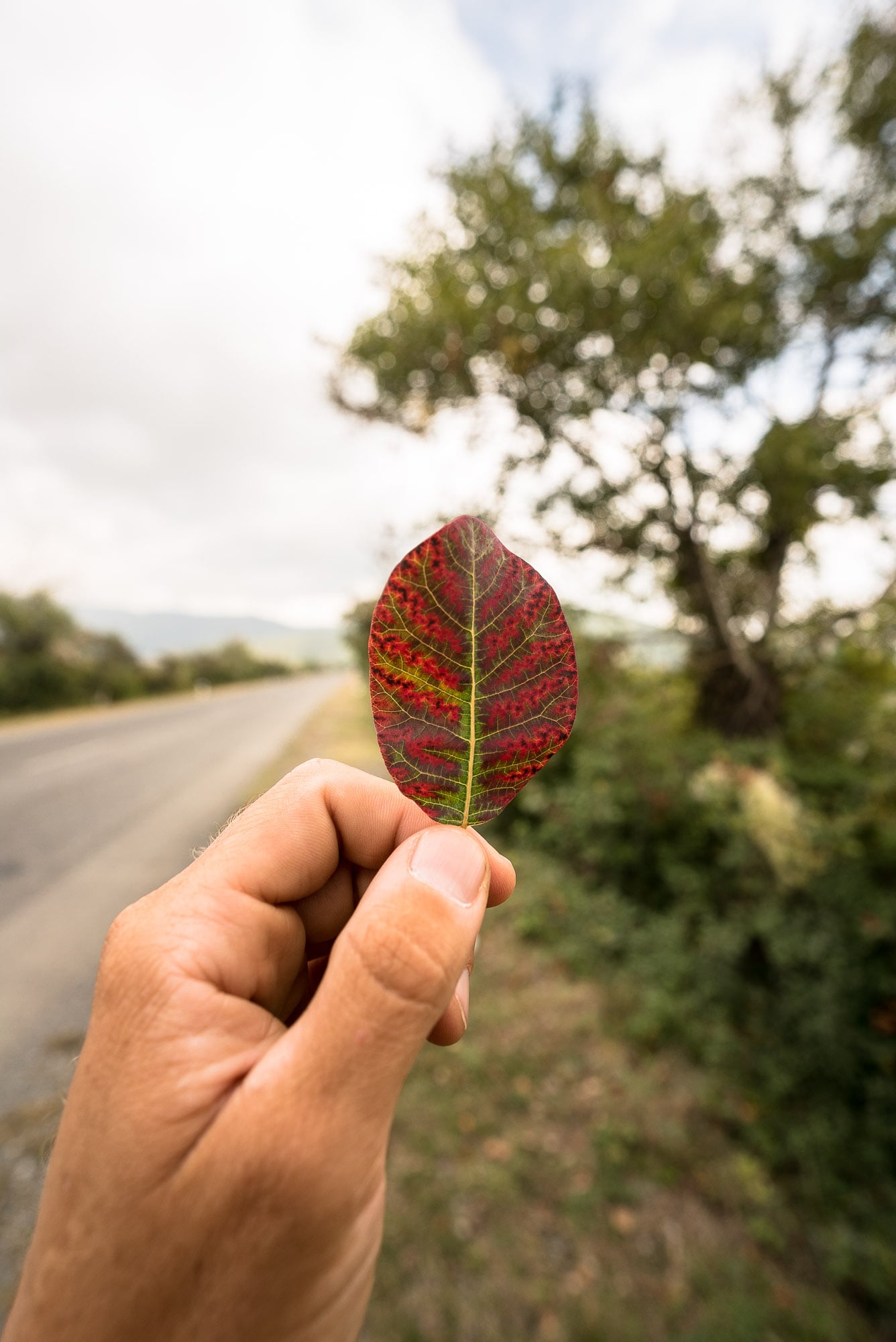 I passed a country house every once in a while: 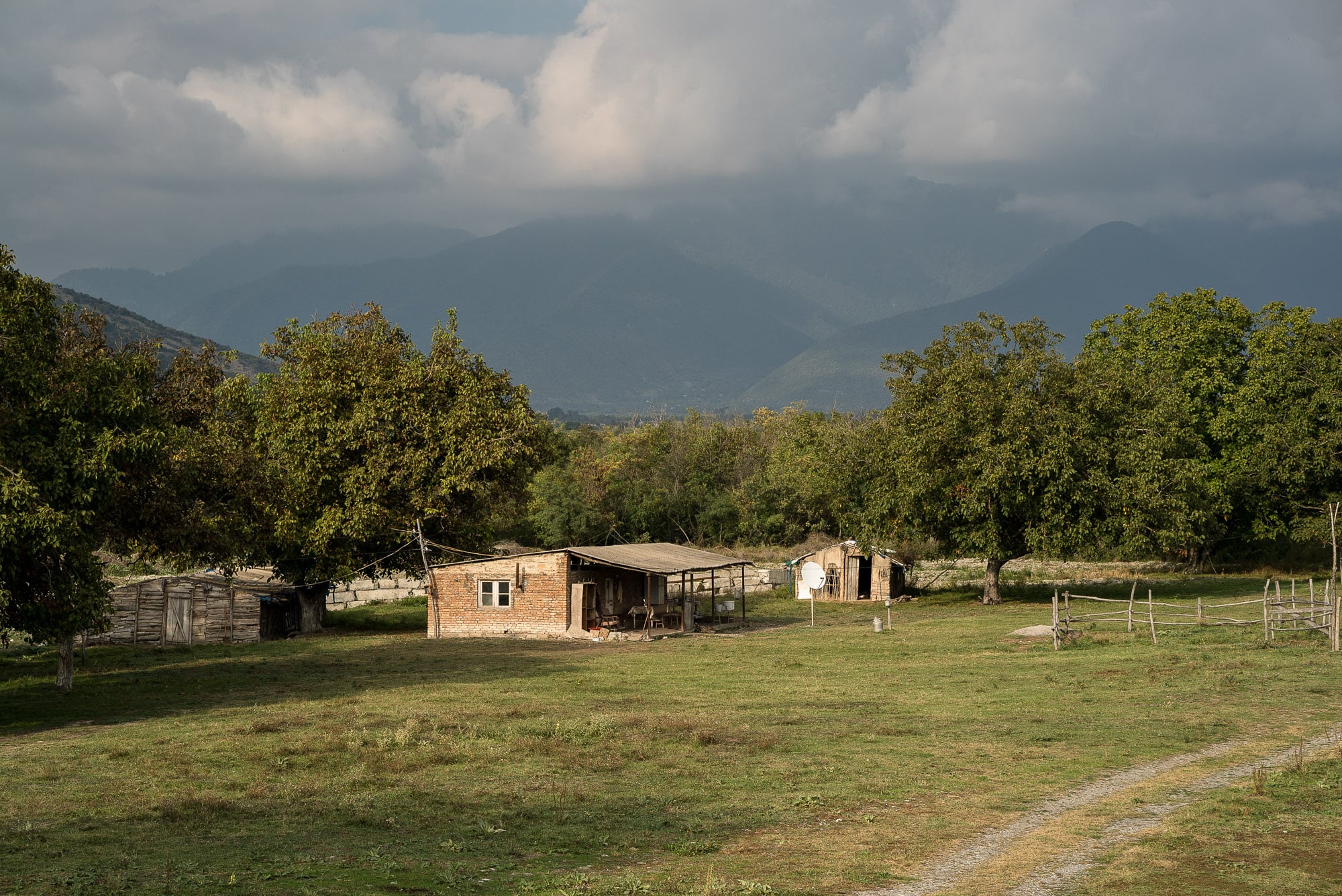 And one time there was something that looked like a memorial wreath for someone who had died in traffic: 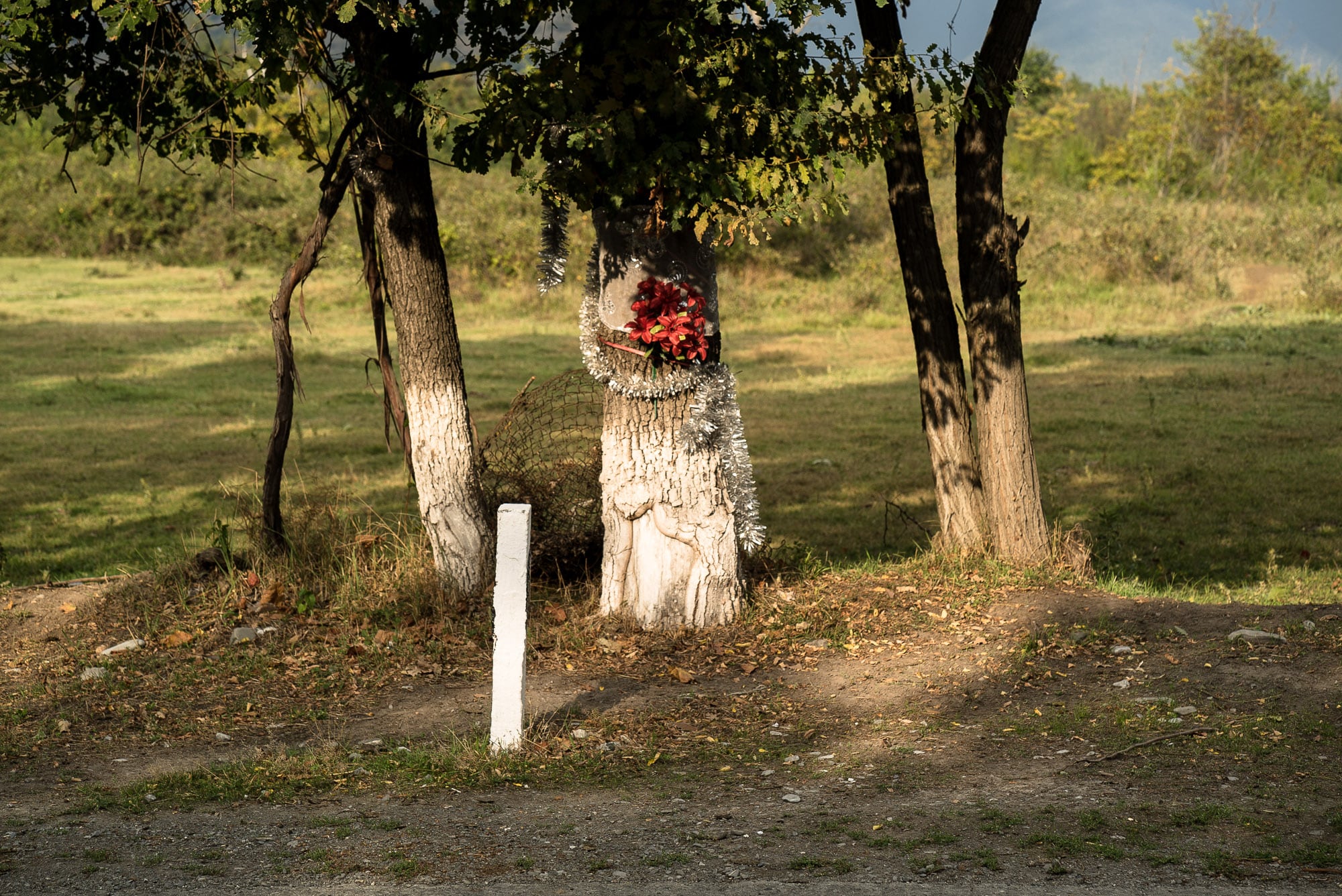 But there was nobody around to ask what it meant.

I walked until it got dark, and then I went into a little roadside restaurant: 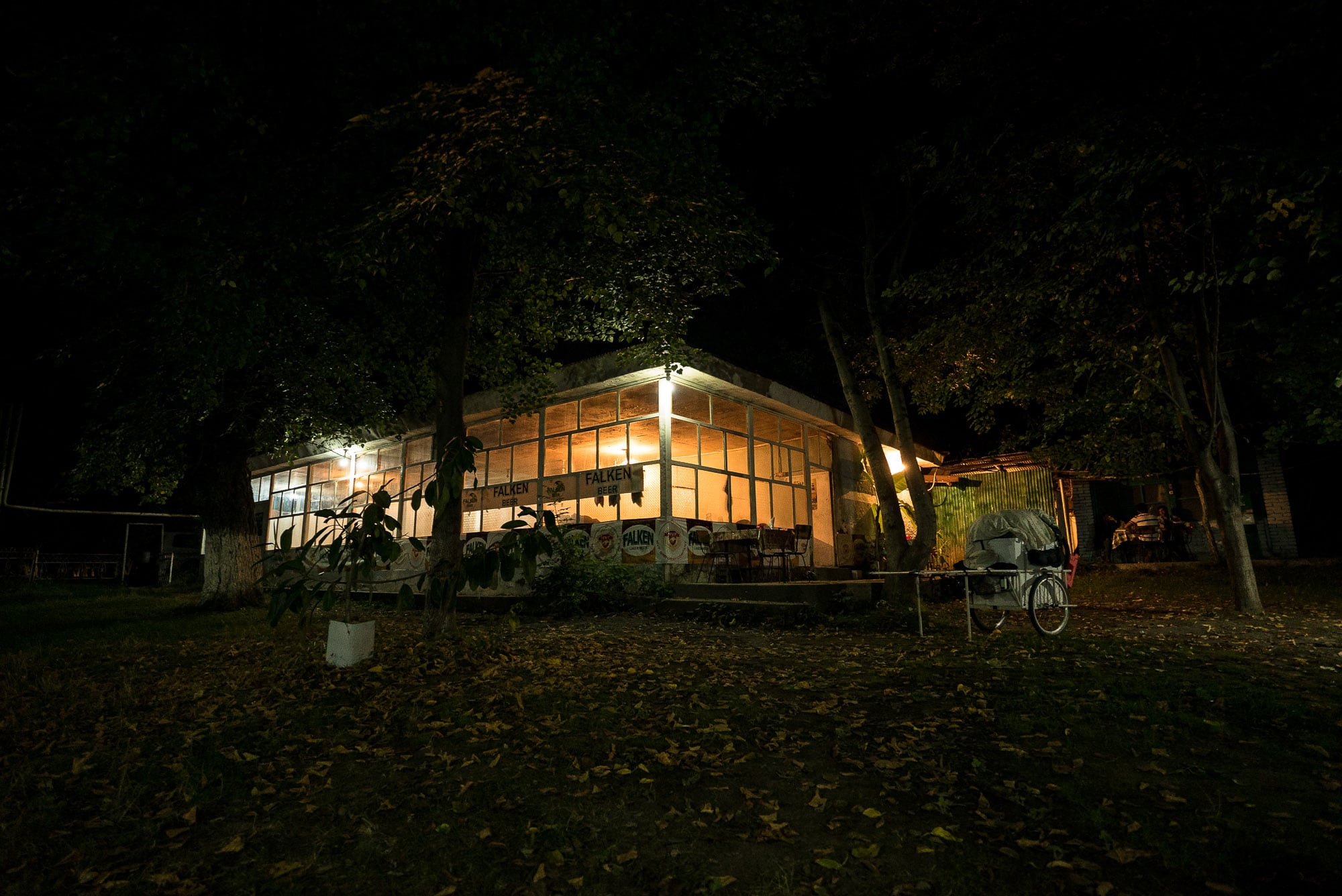 I ordered some food, and then these fine people appeared, asked me a few questions, took a selfie with me, and treated me to dinner: 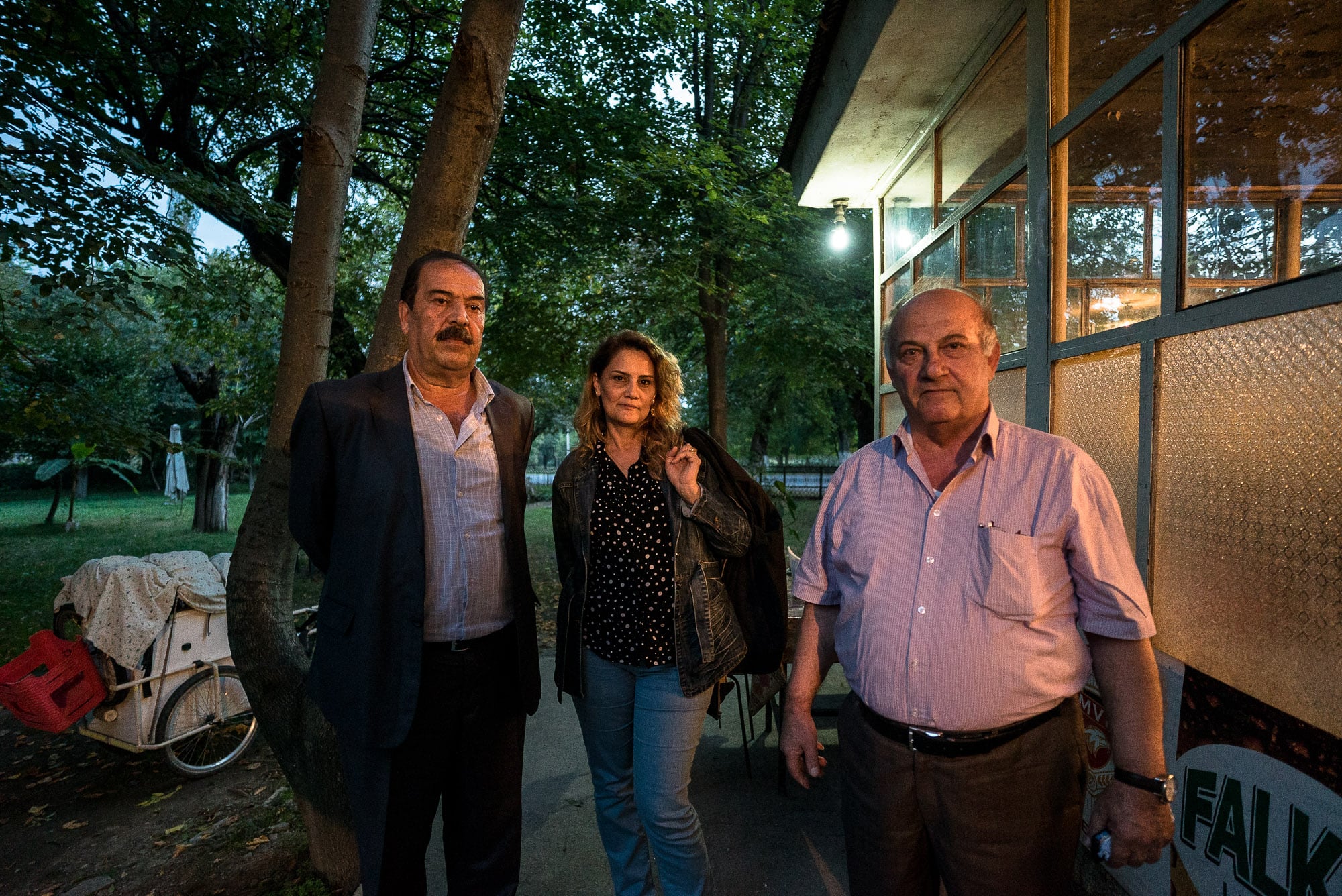 It was good, this dinner: 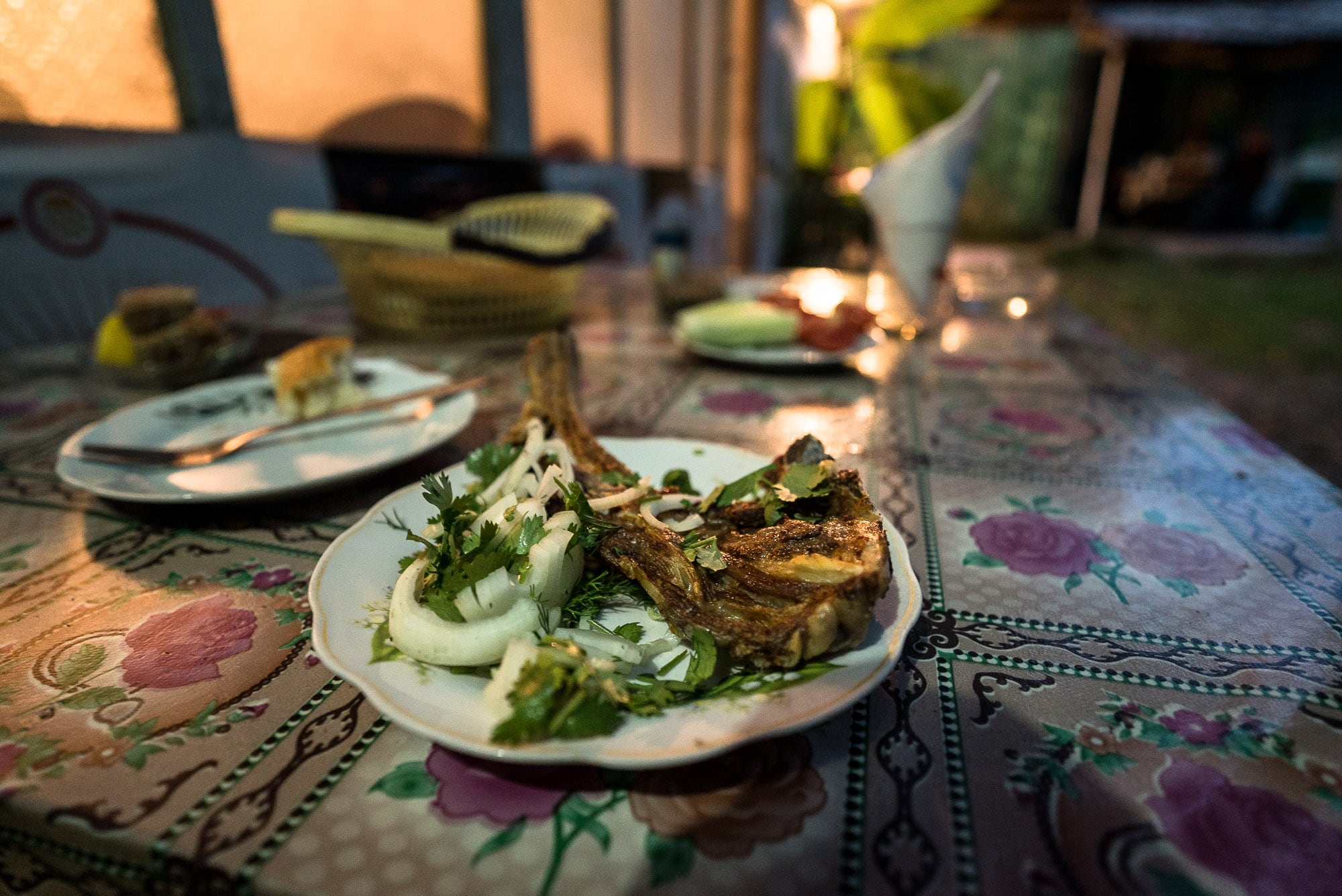 Some other gentlemen were playing backgammon under the trees: 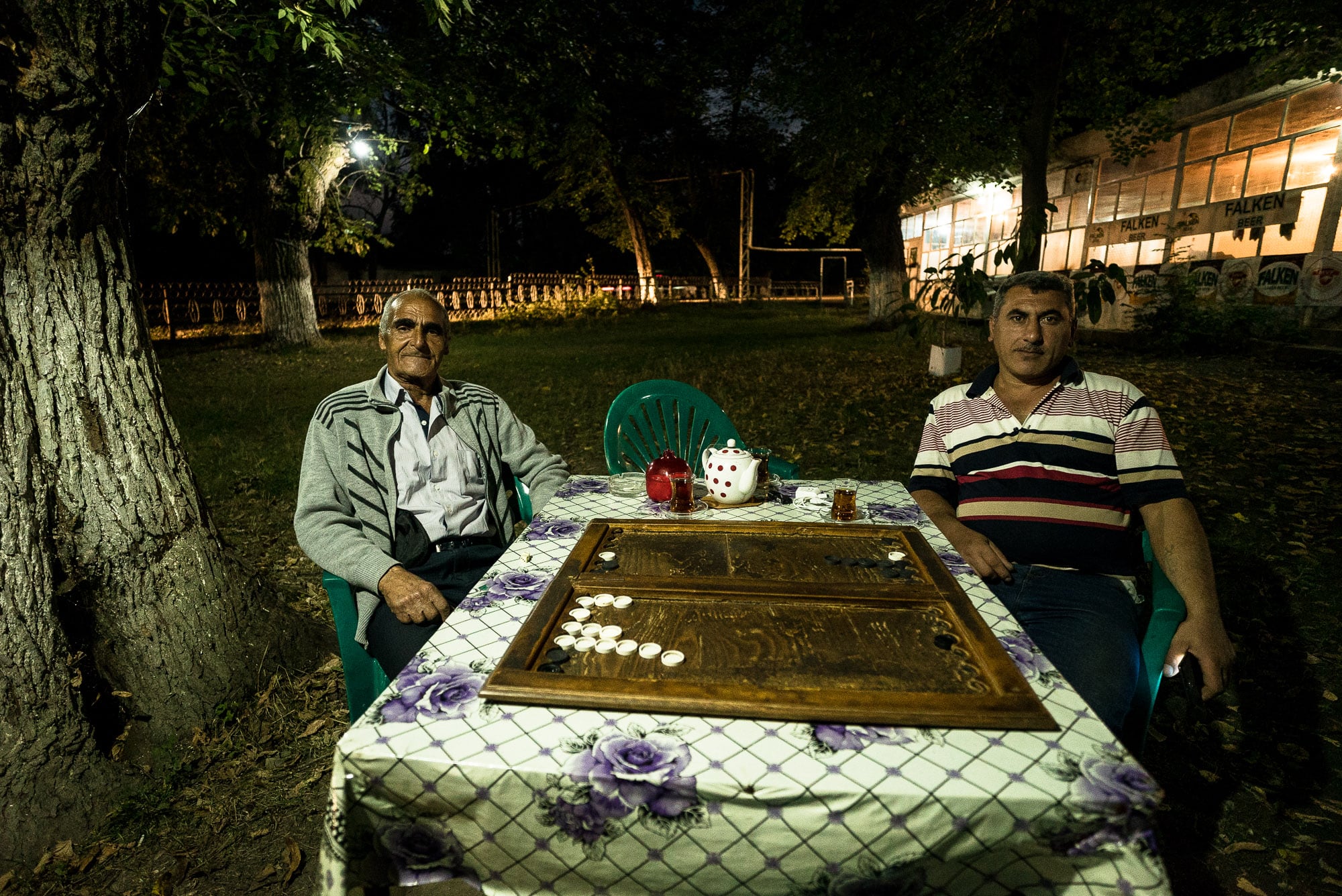 And I didn’t want to leave. Sheki was another 15k away, and it was dark.

Then Fazil, who was operating the restaurant, sat down with me: 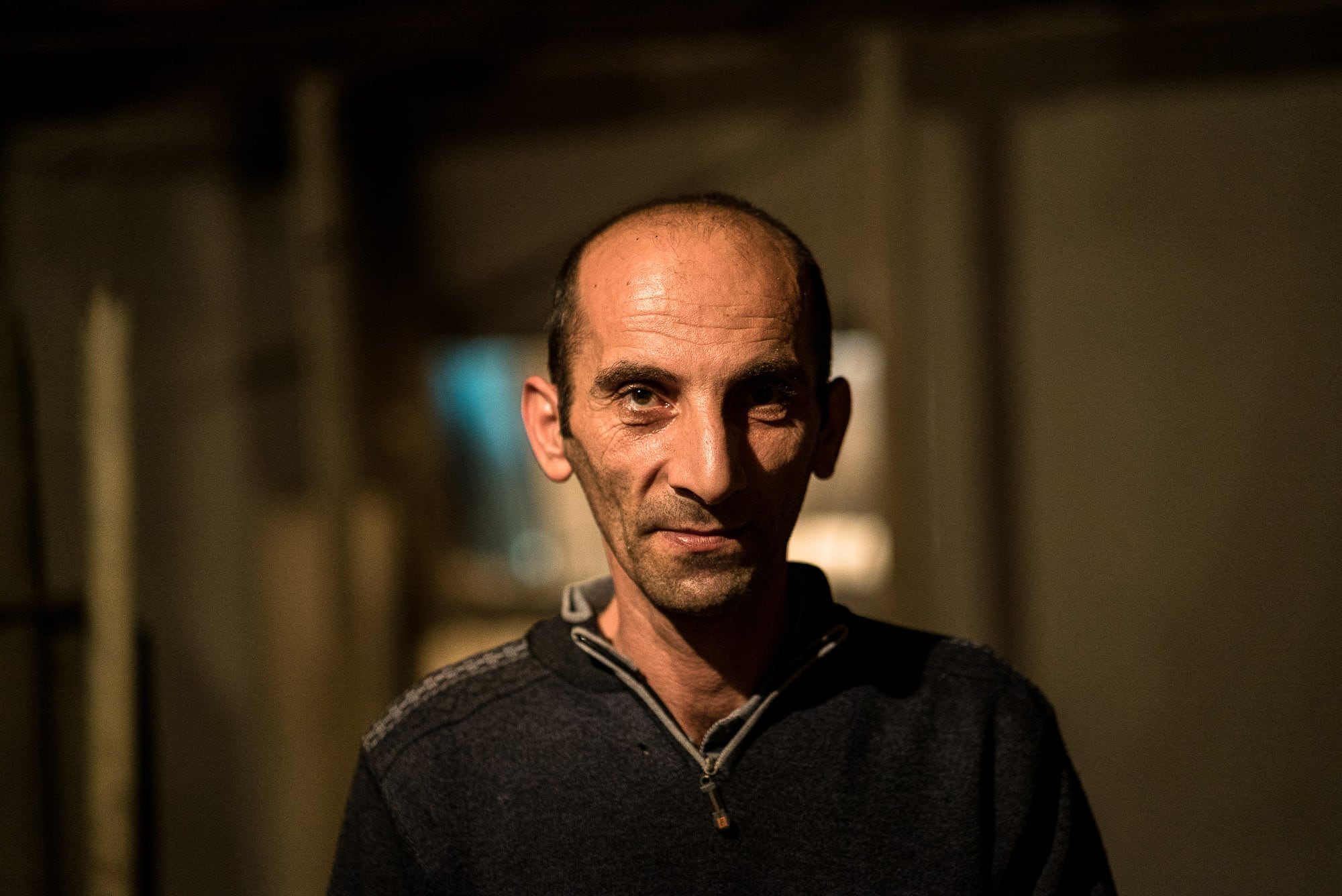 “Why don’t you spend the night here?” he asked.

And then he gave me this little room for me to spread out my sleeping pad and get some rest: 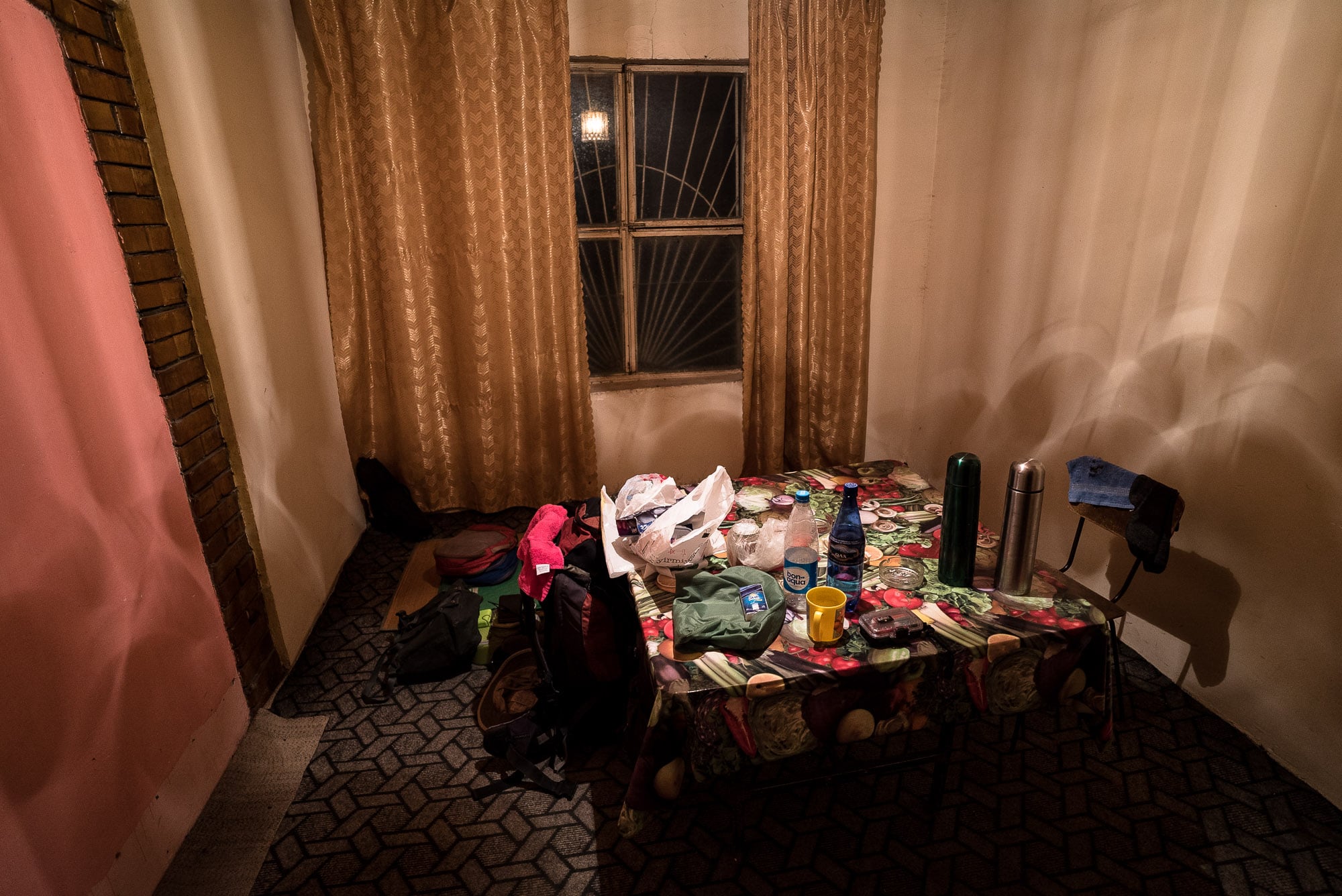 And it was perfect.

Day 1250
from near Oghuz to Fazil's Restaurant