I woke up in a wet world. The only thing that wasn’t moist was the inside of my tent. I packed up and started walking: 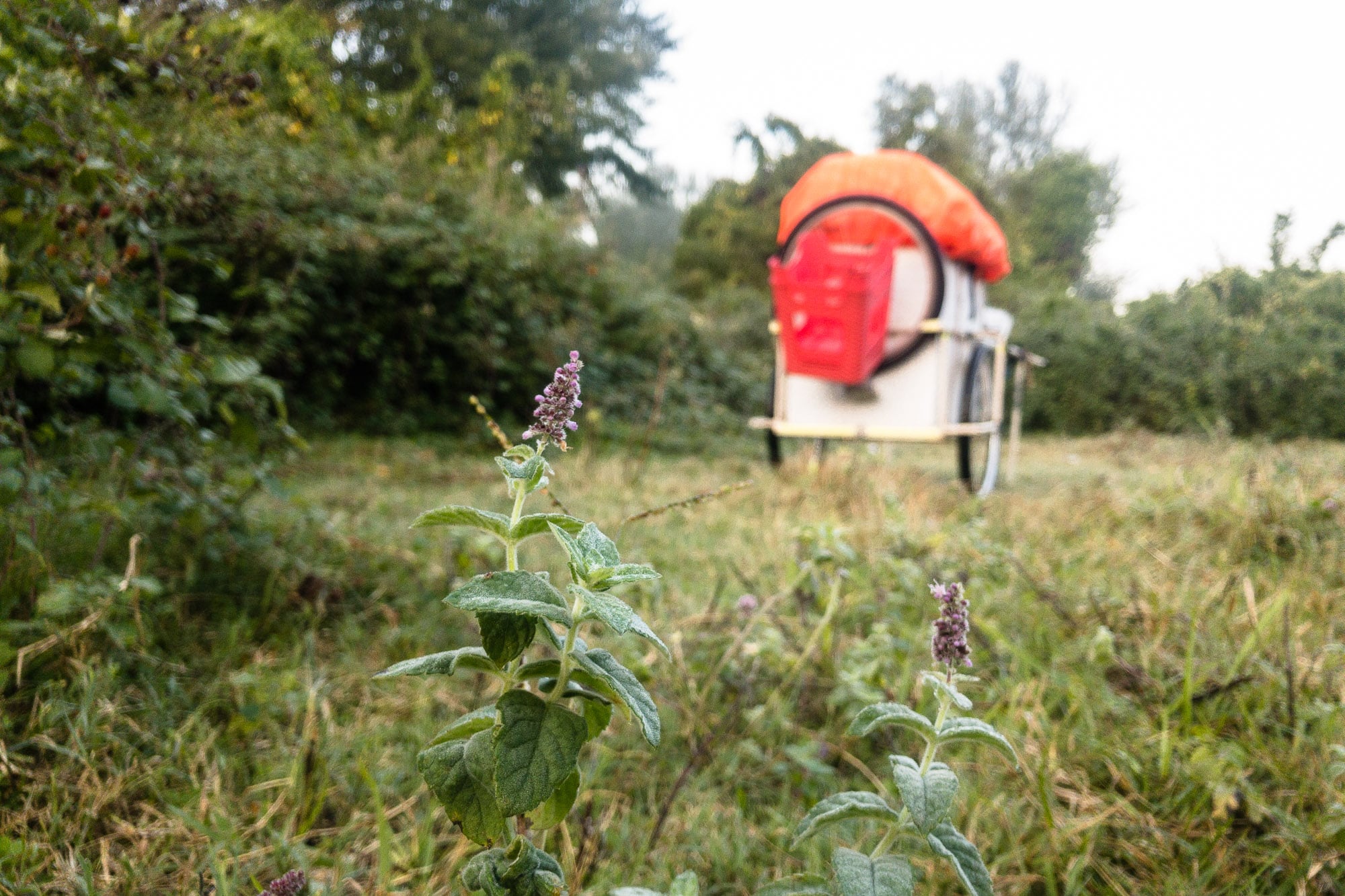 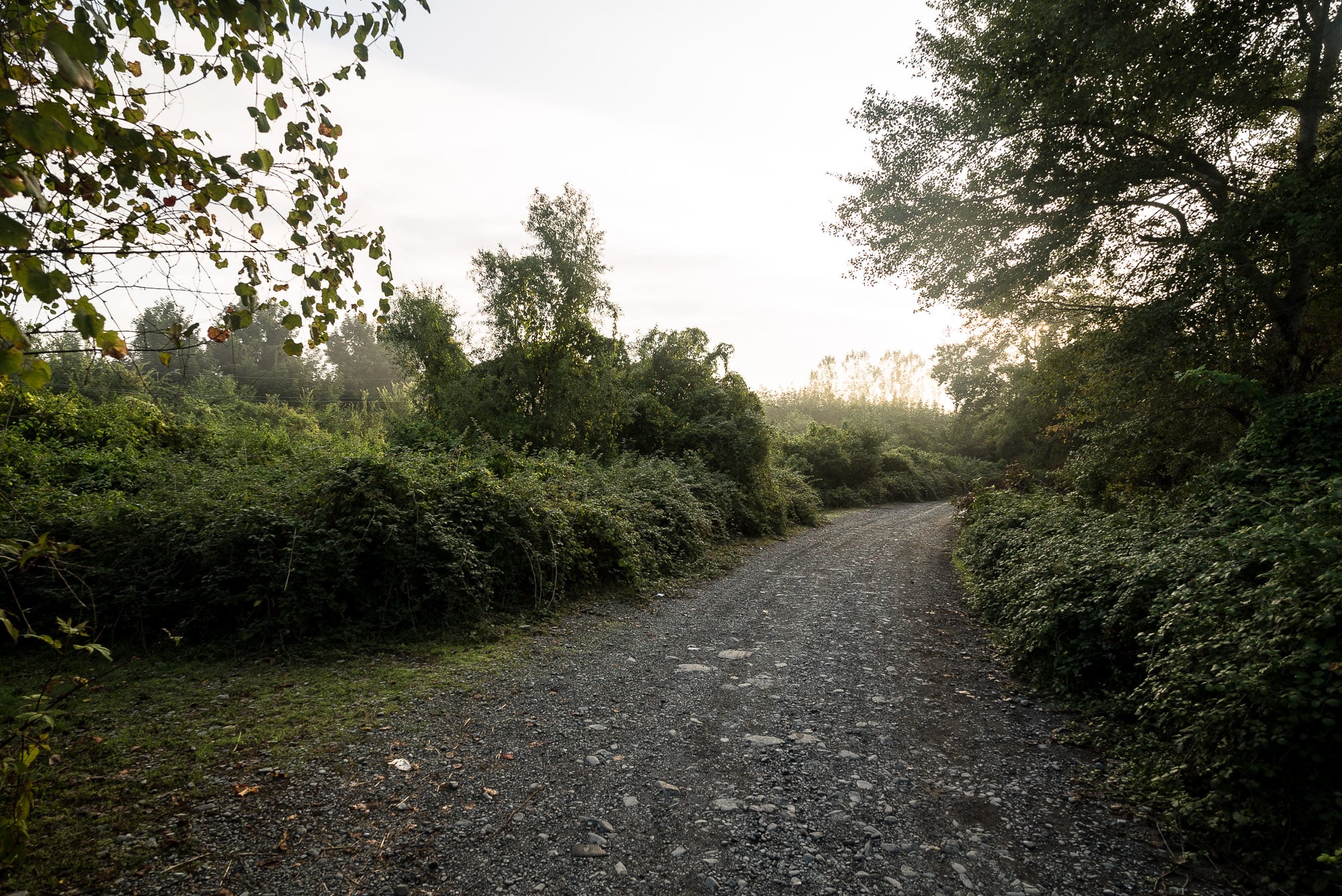 …covering everything in a thin layer of water: 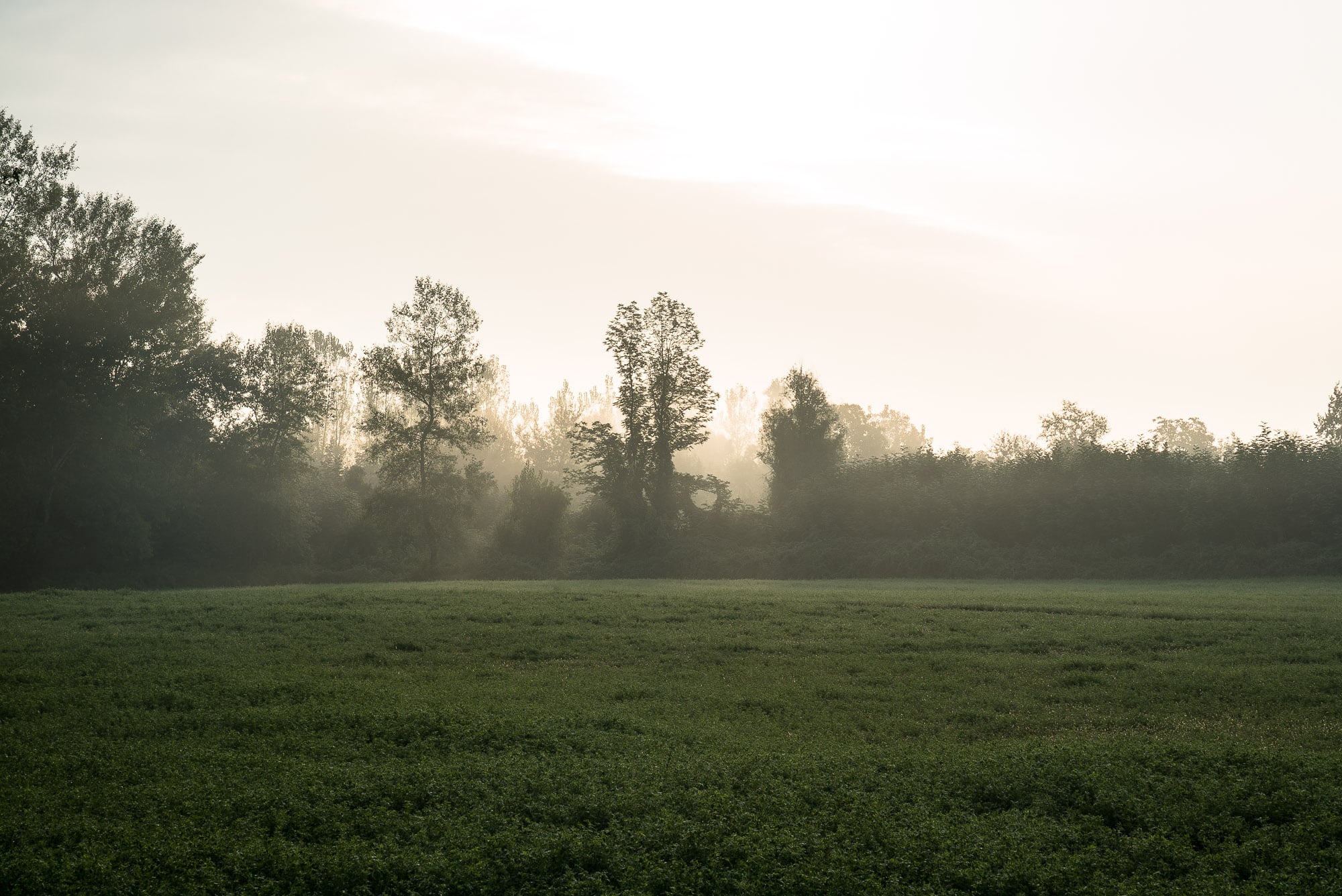 It took a while for the sun to cut through the morning, and as it did, it laid bare the rivers and the mountains that were left and right of the road: 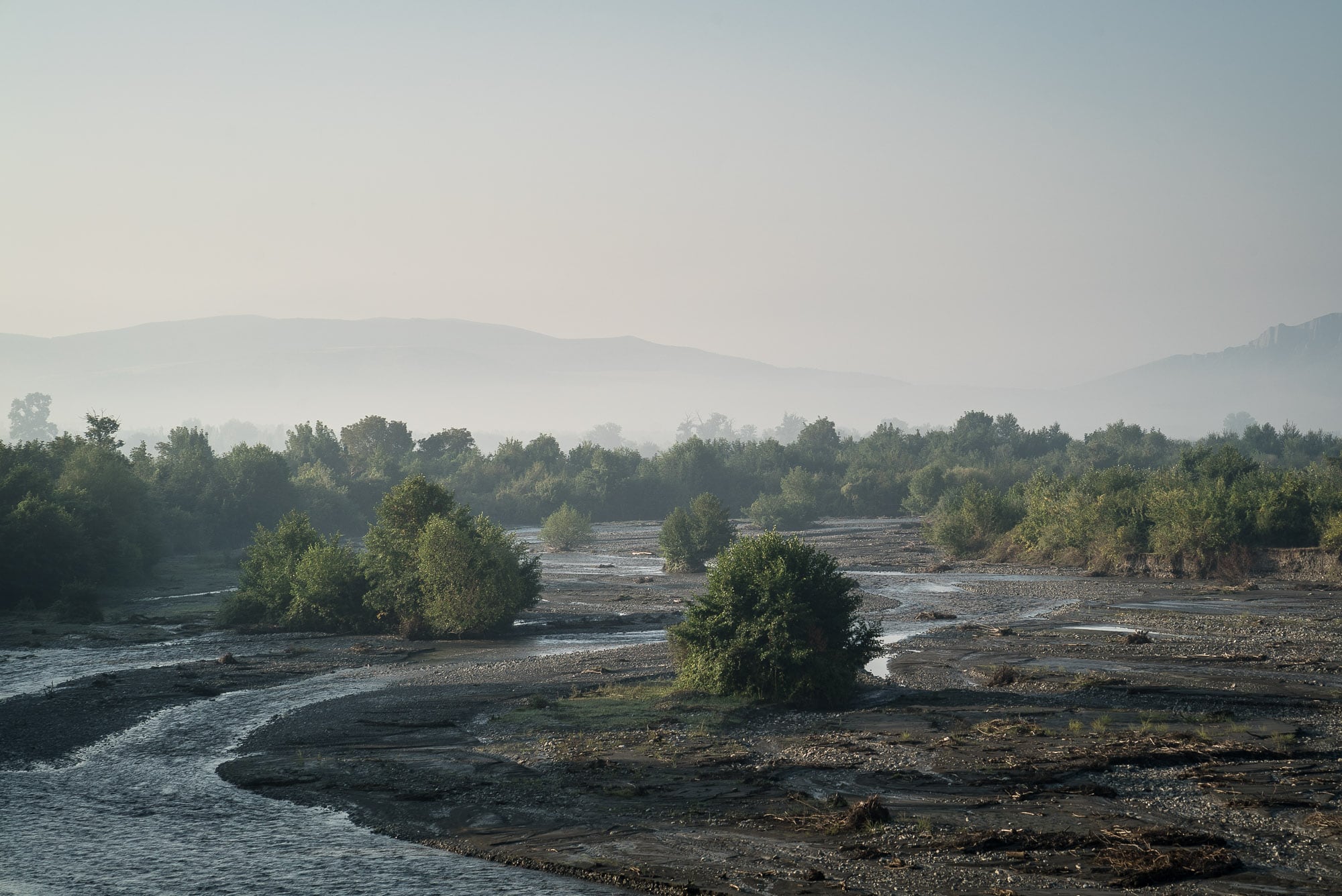 And then the road itself started glowing: 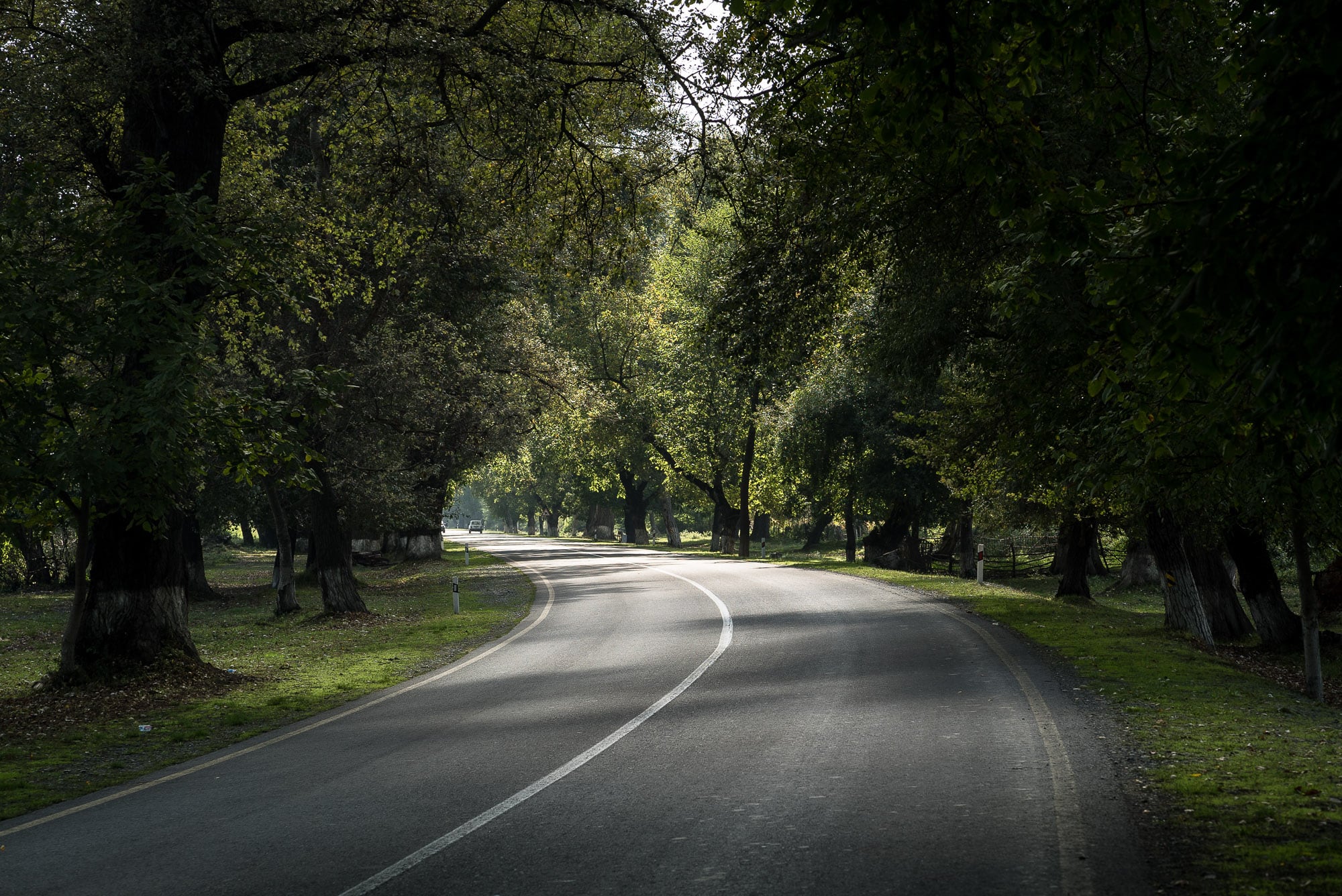 Even though I don’t speak the language, it still seemed clear to me that this sign was dripping with nationalist resentment towards Armenia: 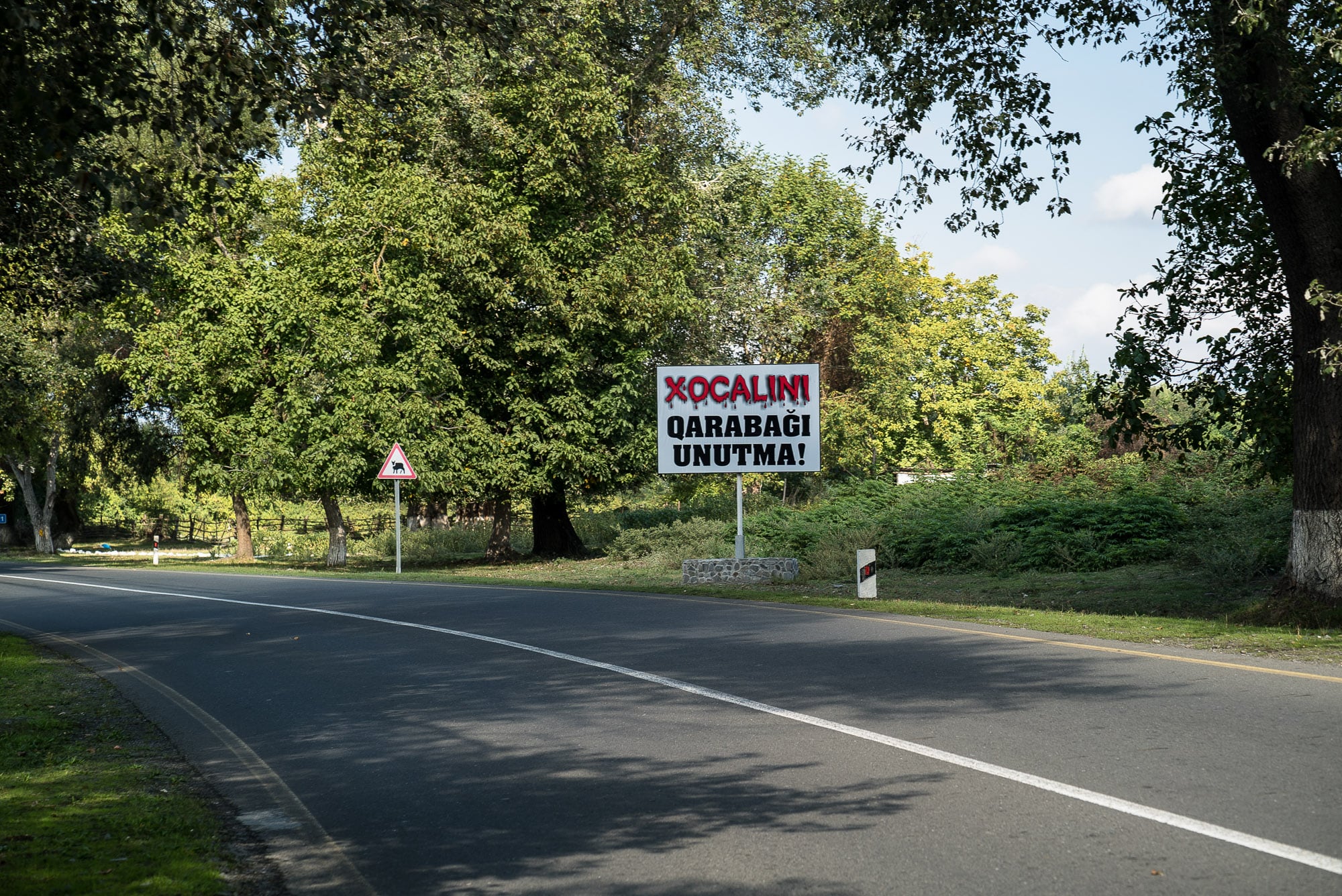 Azerbaijan and its neighbor were in a cold state of war over territories that had been occupied. Or stolen. Or regained…

I hadn’t had a hot meal in more than a day. So when I noticed an open-air restaurant I stopped and spread out all my wet things for them to dry in the sun: 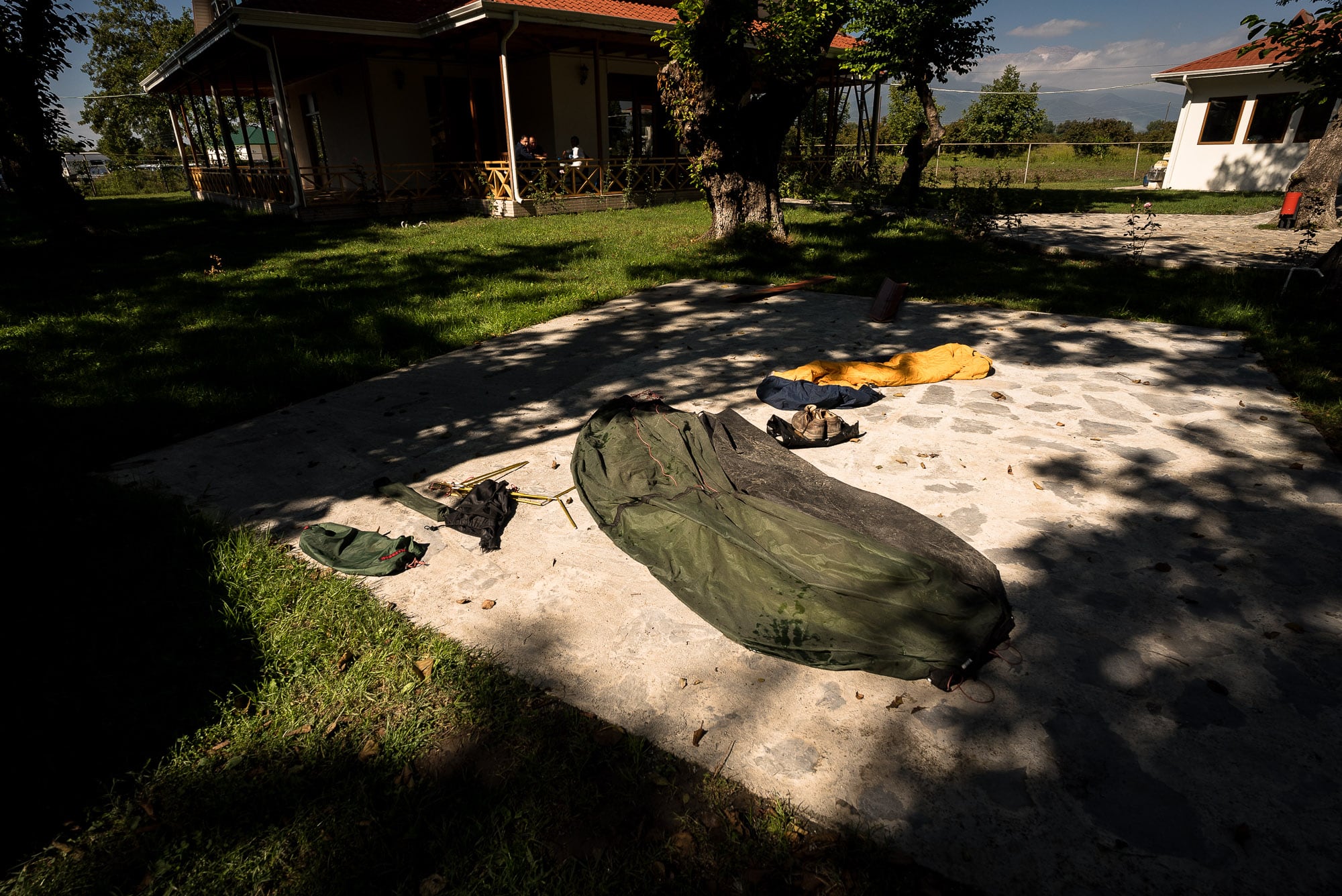 Then I ordered some food and sat down to relax.

Only I didn’t relax at all because there were a bunch of wasps, and I am scared to death of wasps, and they were very hungry and aggressive, and when I looked at my watch it told me that I had HIGH STRESS: 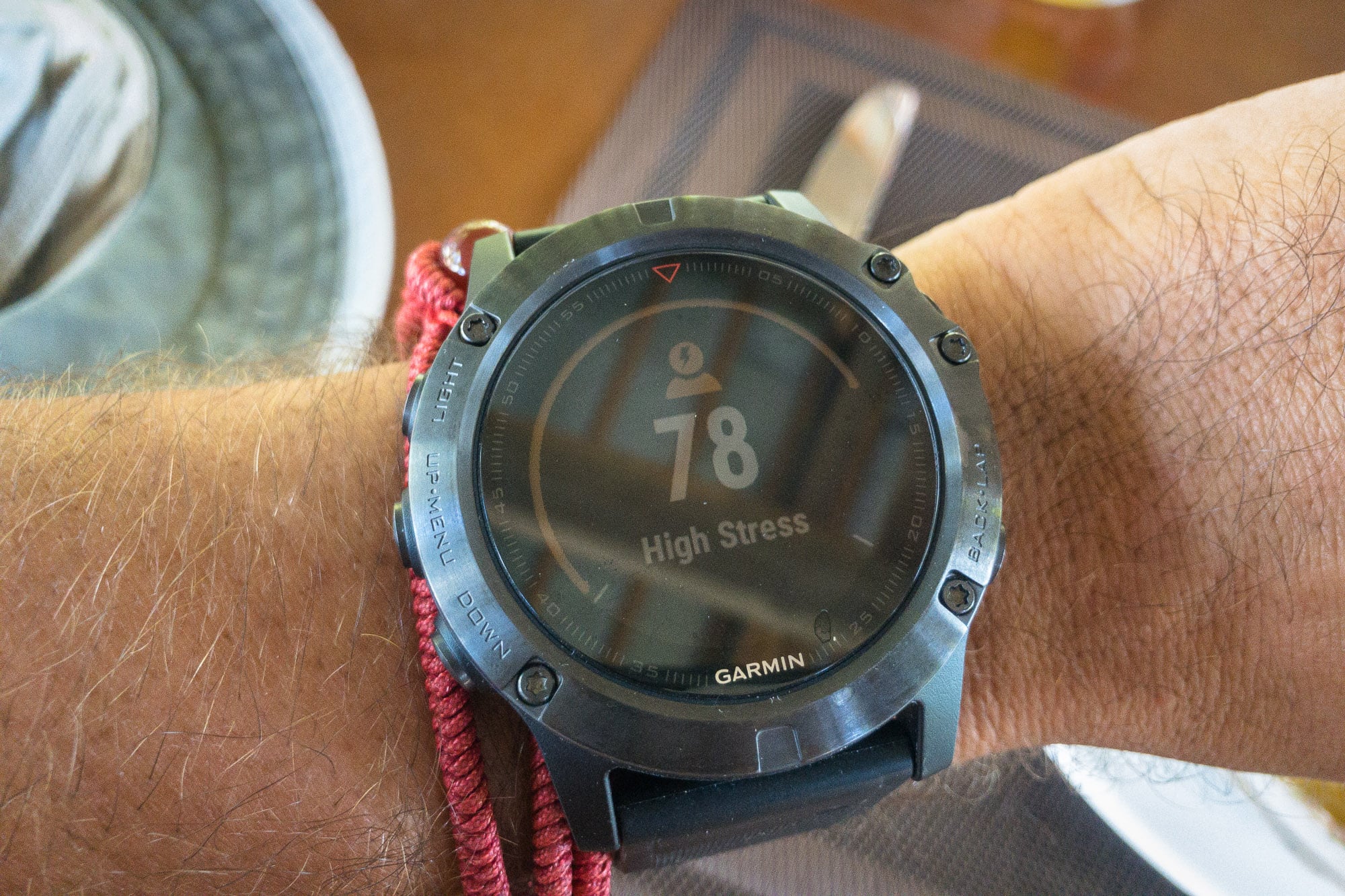 And I thought no shit, HIGH STRESS, eh?

I tried to stay strong in the face of overwhelming adversity, but in the end I resorted to wolfing down my food, packing up my stuff, and leaving. 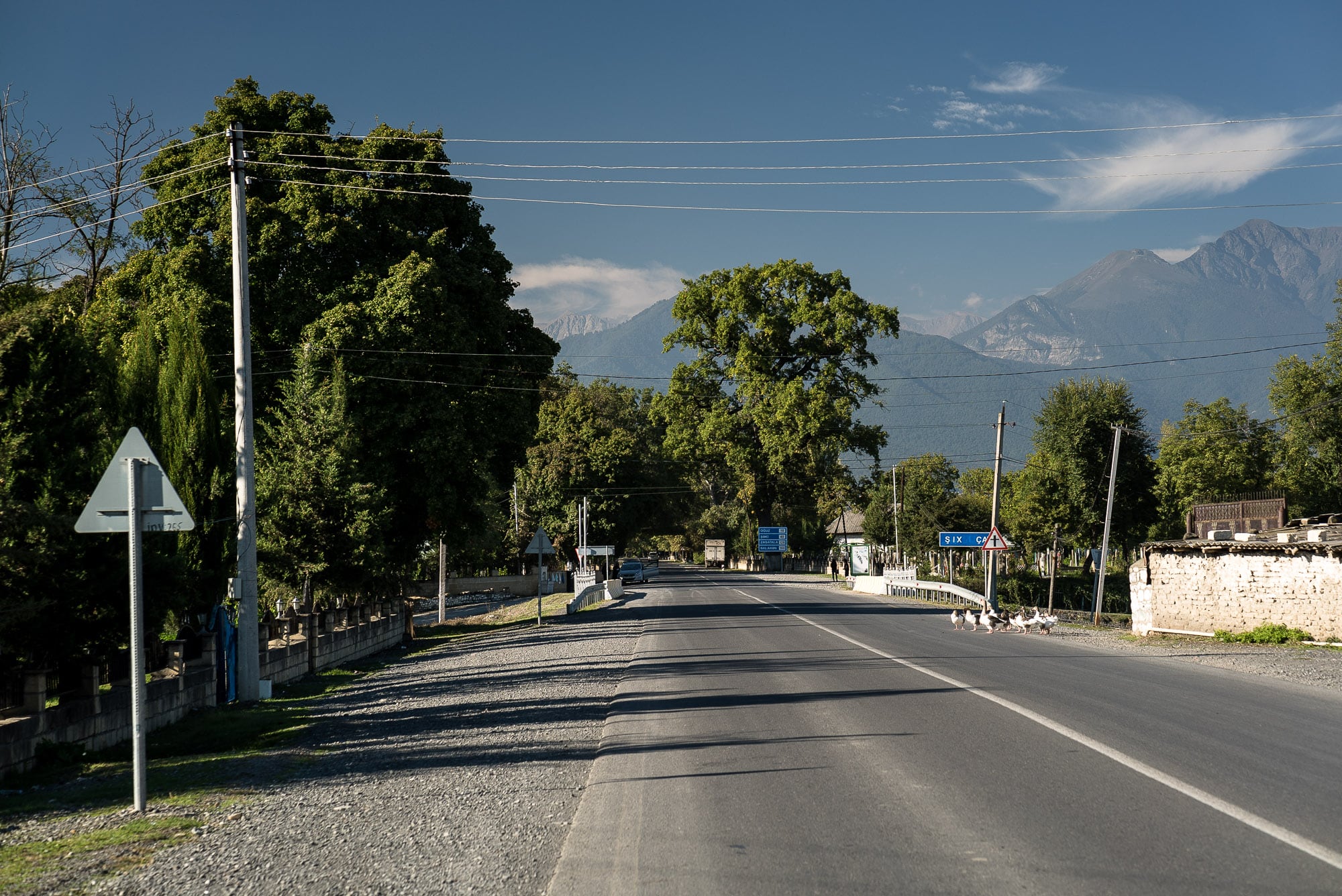 There were little dudes who seemed very excited about the Caboose and me and everything in general: 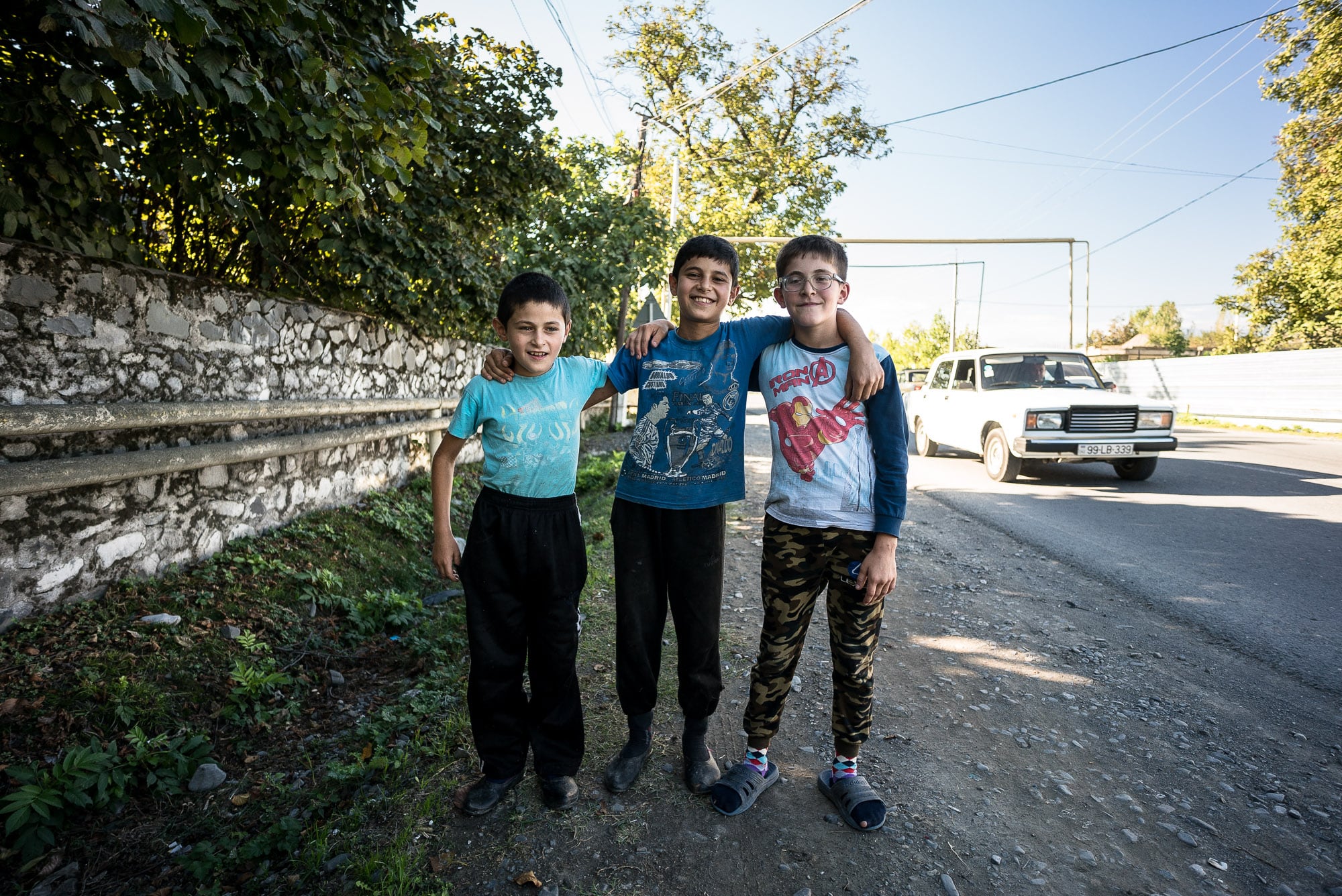 And there were those whose time had already passed: 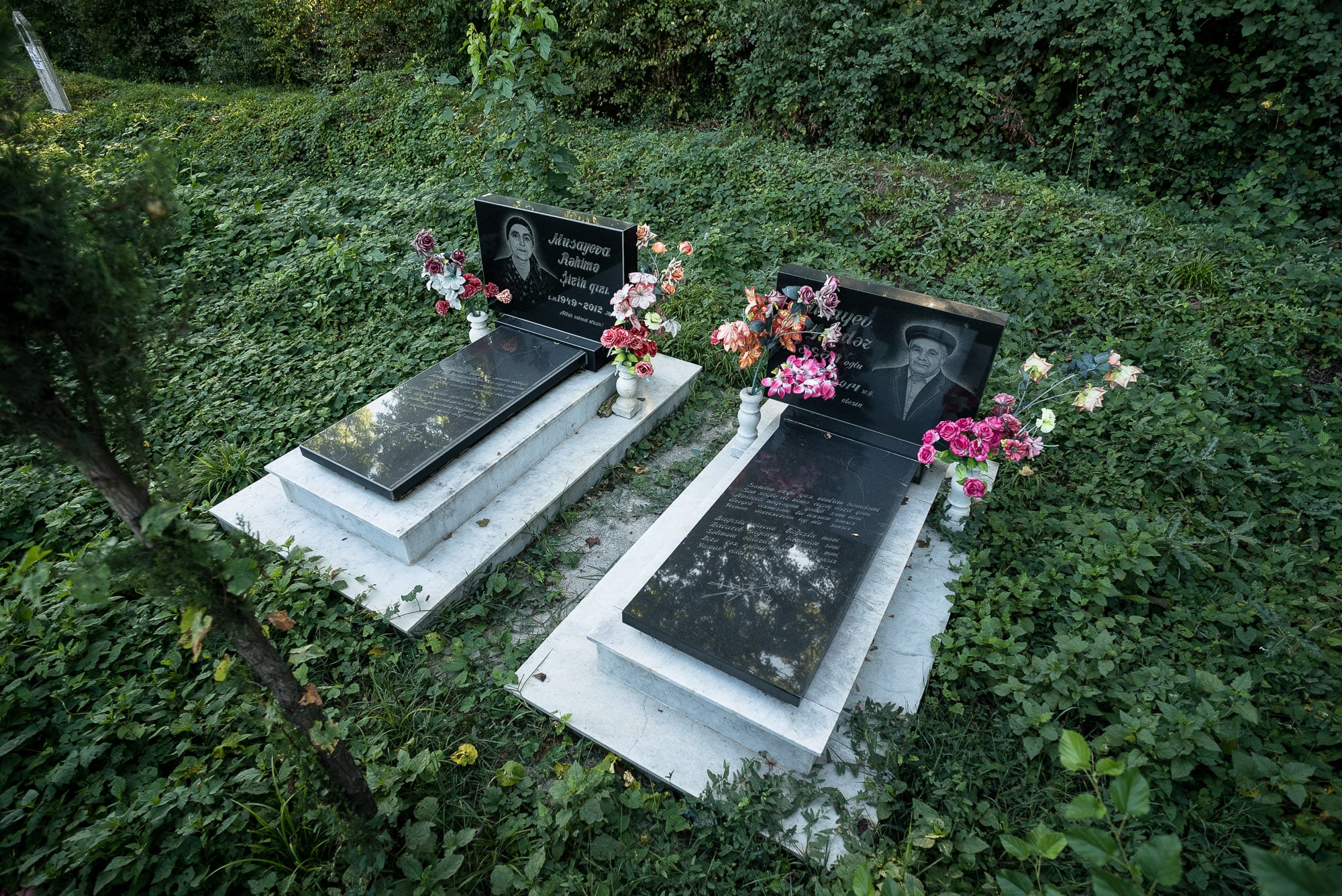 But it seemed as if they, too, were quietly looking on. 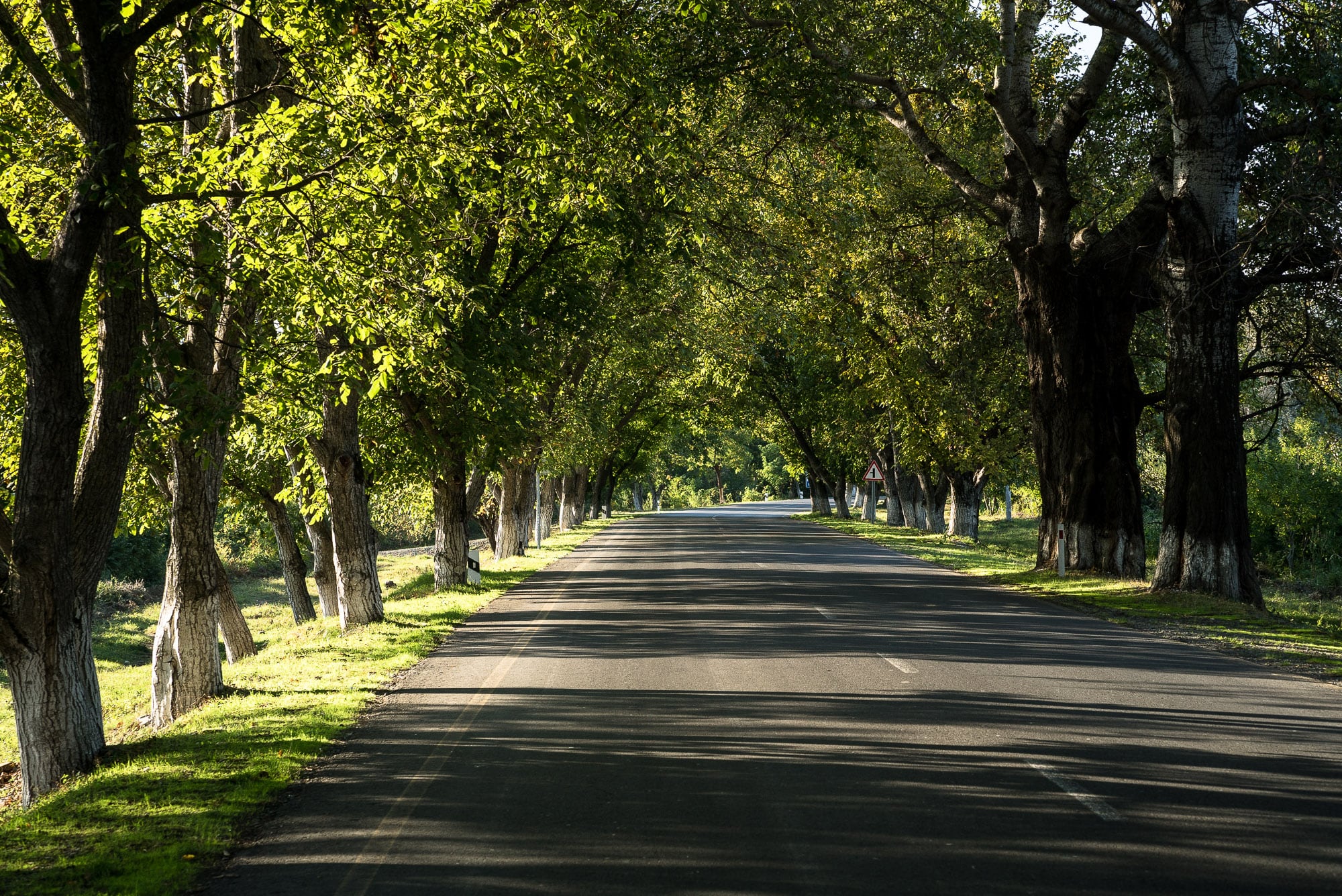 Then night fell, and I was still walking: 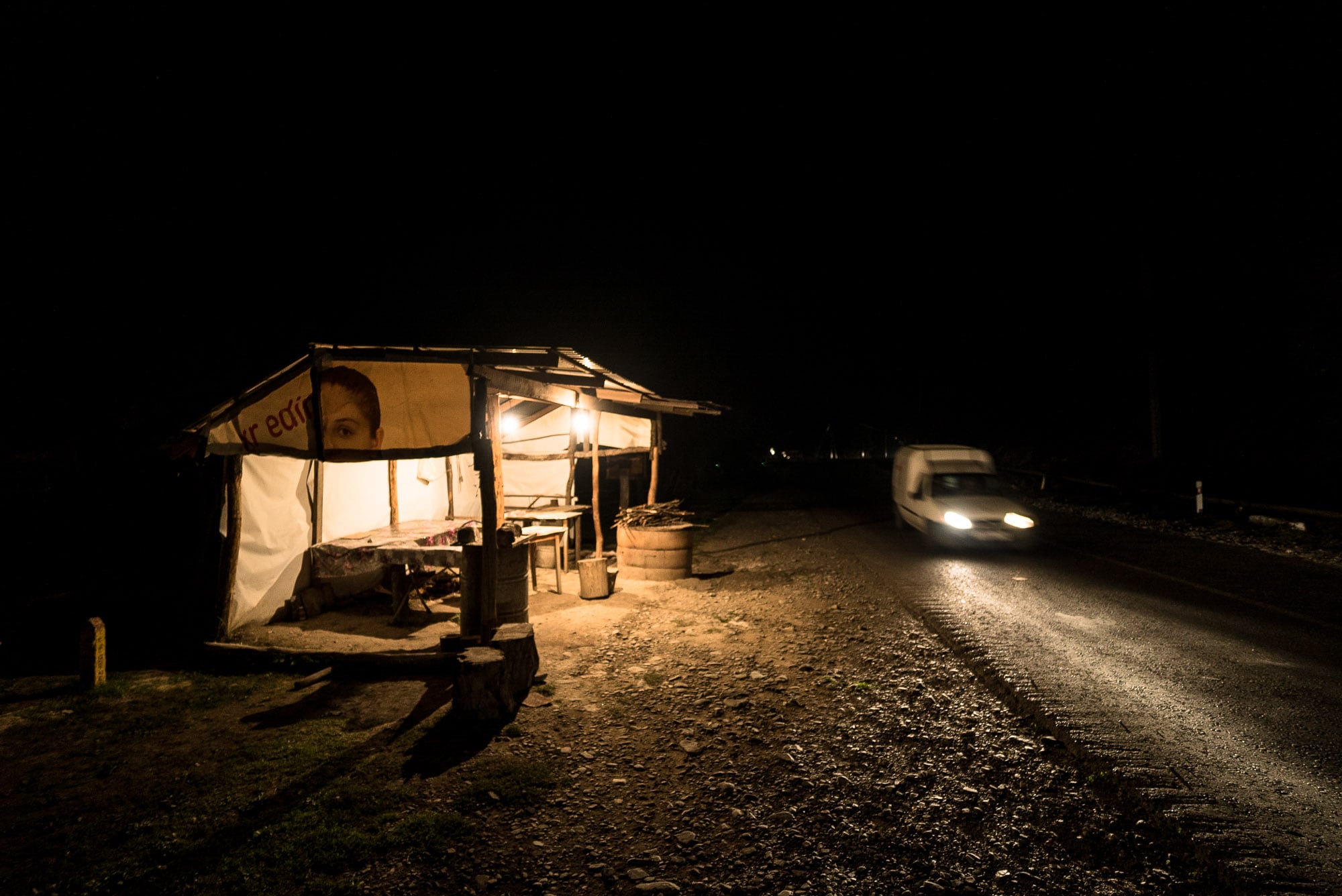 There was the odd shop here or there that was still open: 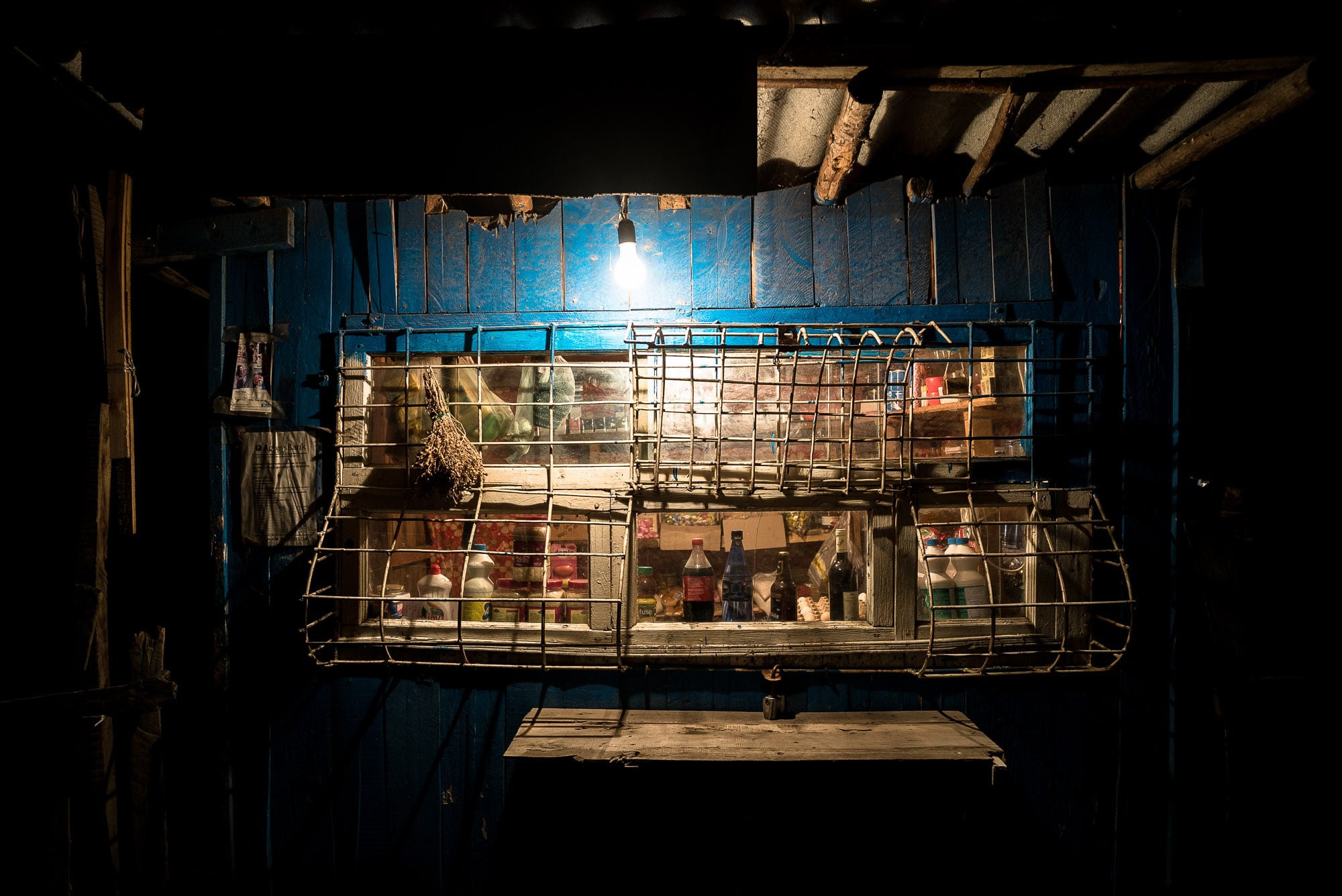 And sometimes there was a stand where people sold honey or pancakes or other food: 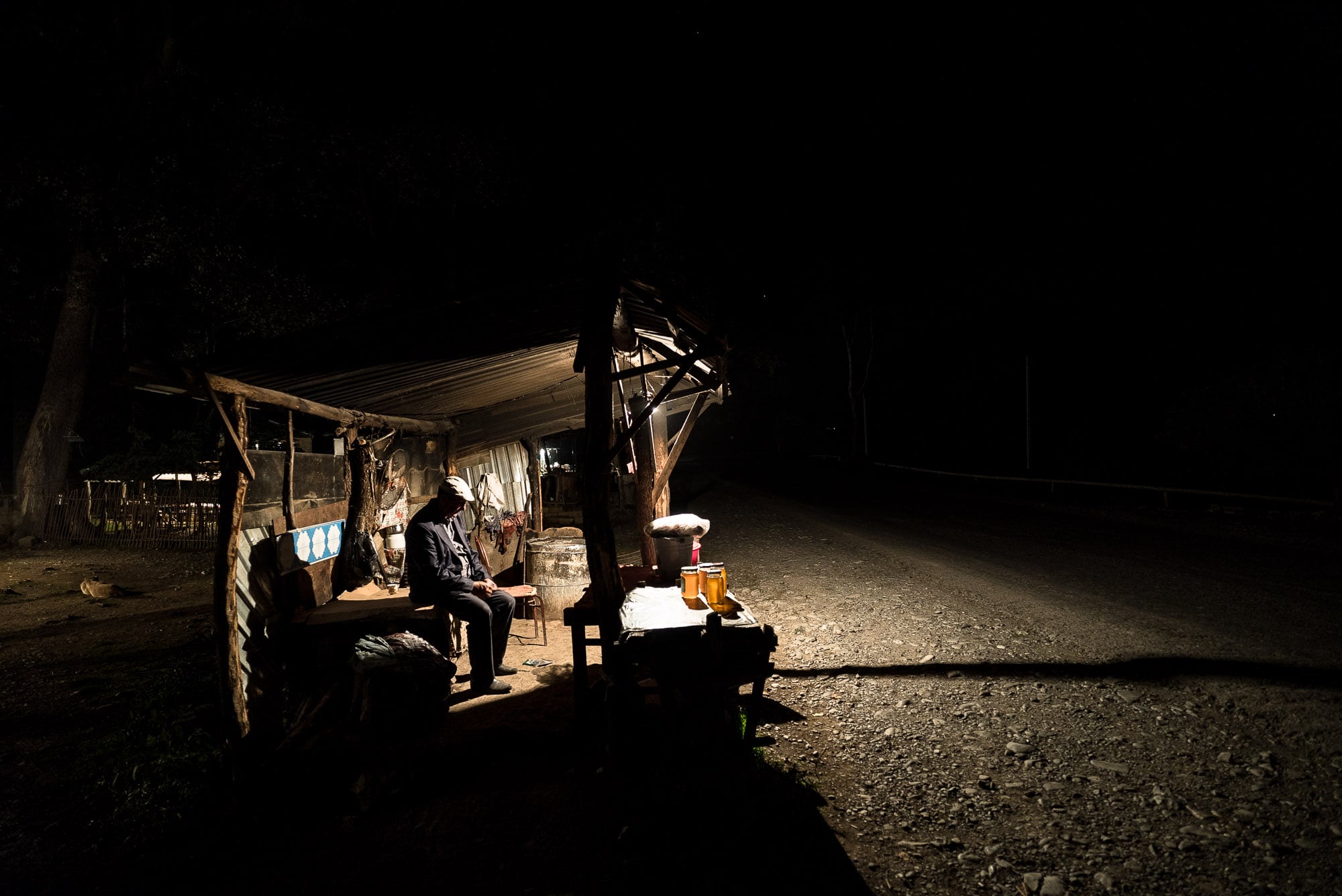 And so I didn’t feel so alone in the night.

Day 1249
from between plants to near Oghuz