When I left the museum/hotel, it seemed as though the whole place was asleep. The season was over, I was told, there were no tourists and almost no visitors. 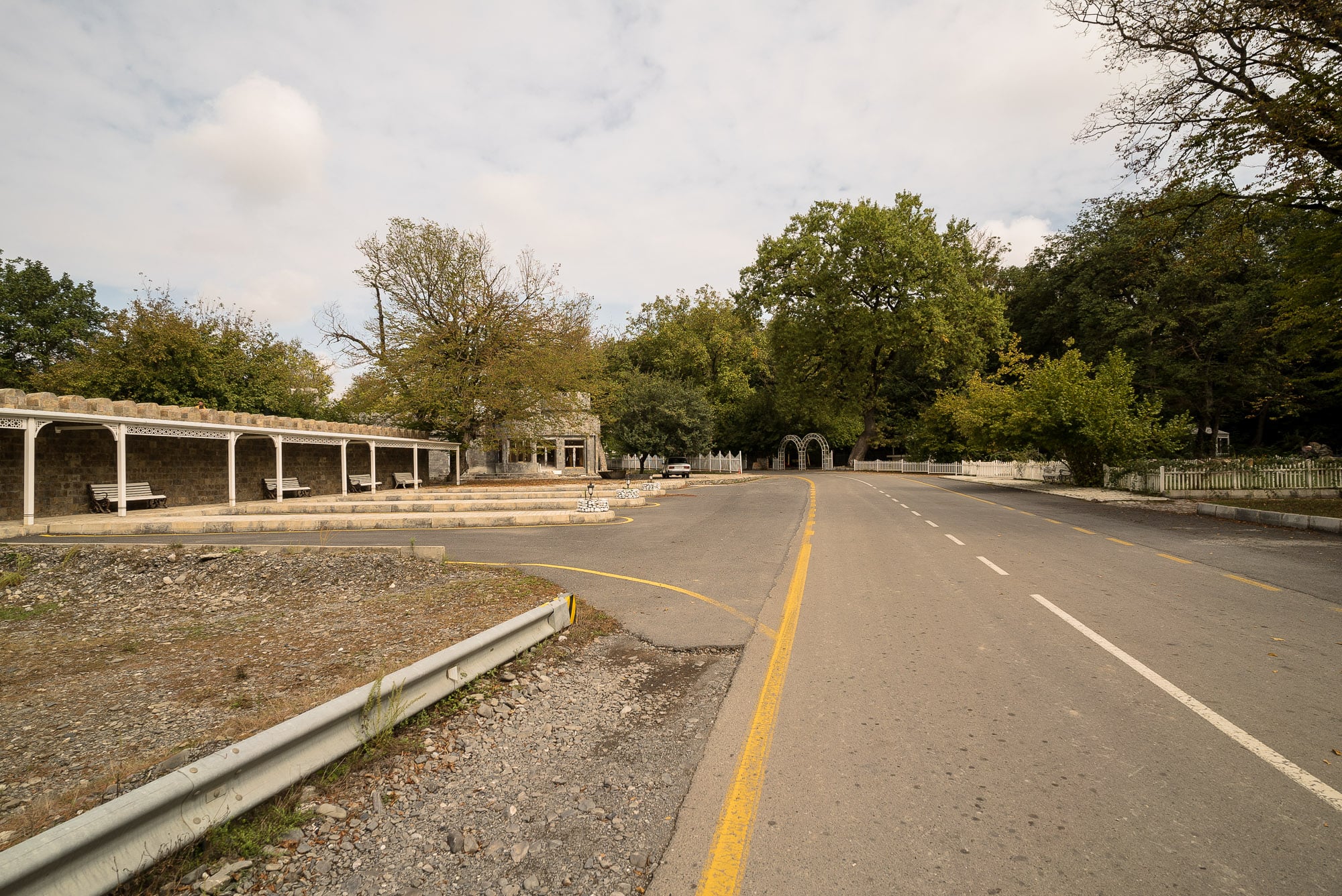 And then something very good happened. If you look at the map, you will see a river that runs from the north to the south, a river which I would have to walk around if I wanted to continue on further west.

Well, it turned out that there was a brand new bridge to the other side: 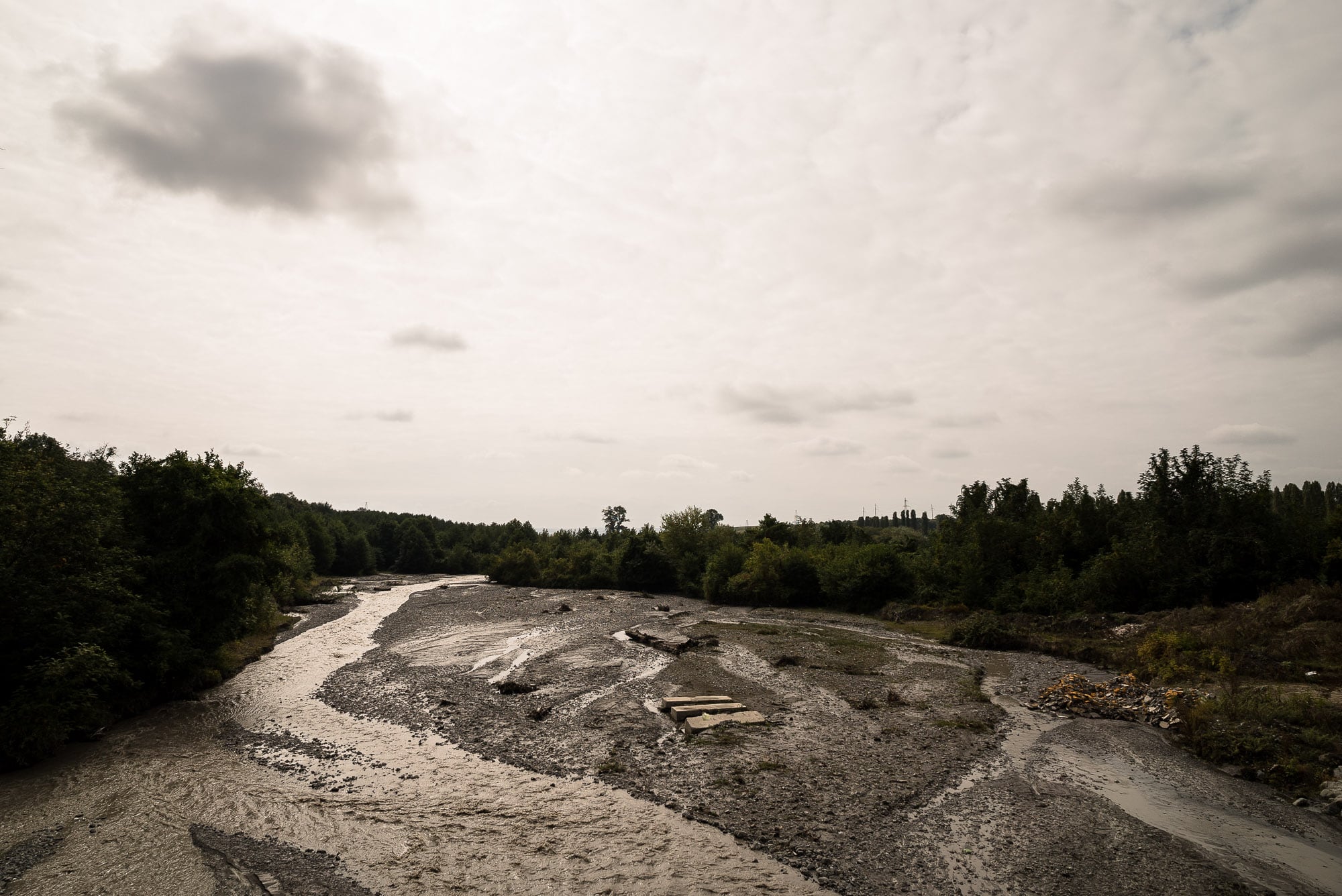 There was a village on the other side. It seemed to be asleep as well: 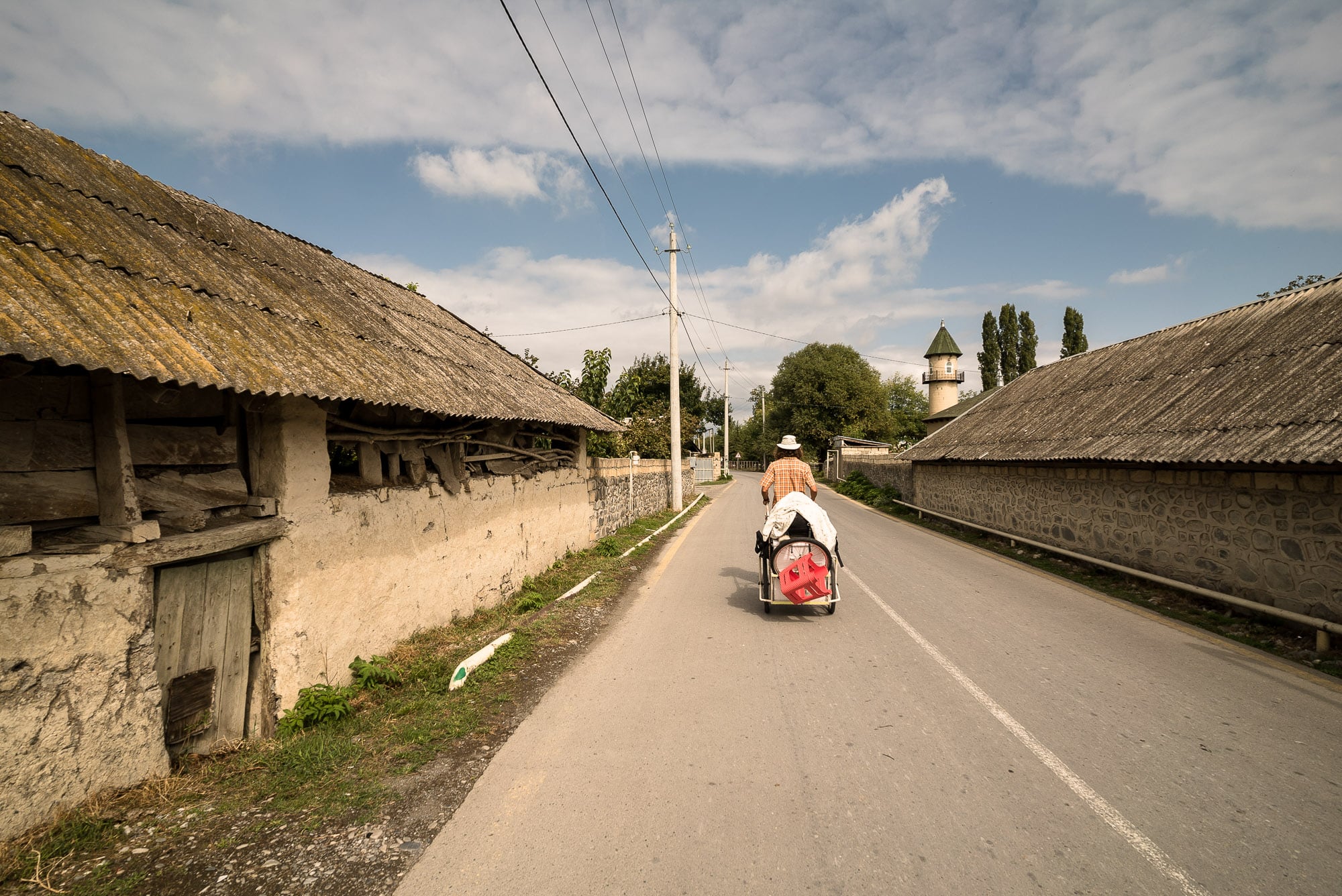 One thing about Azerbaijan is the abundance of public drinking fountains: 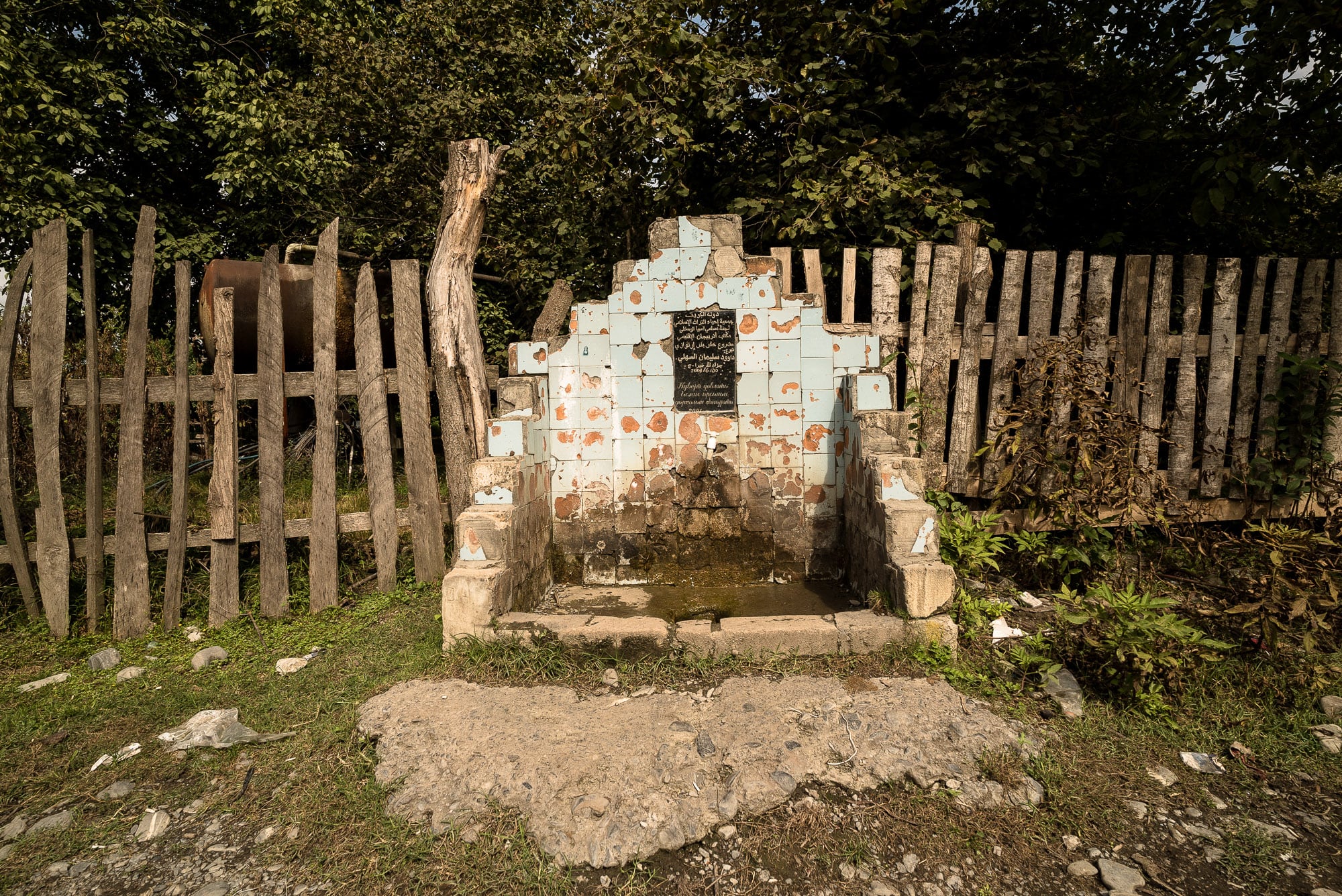 They were all over the place, and often they have little inscriptions.

I had to get back to the highway in the north, and the road there seemed to be absolutely deserted: 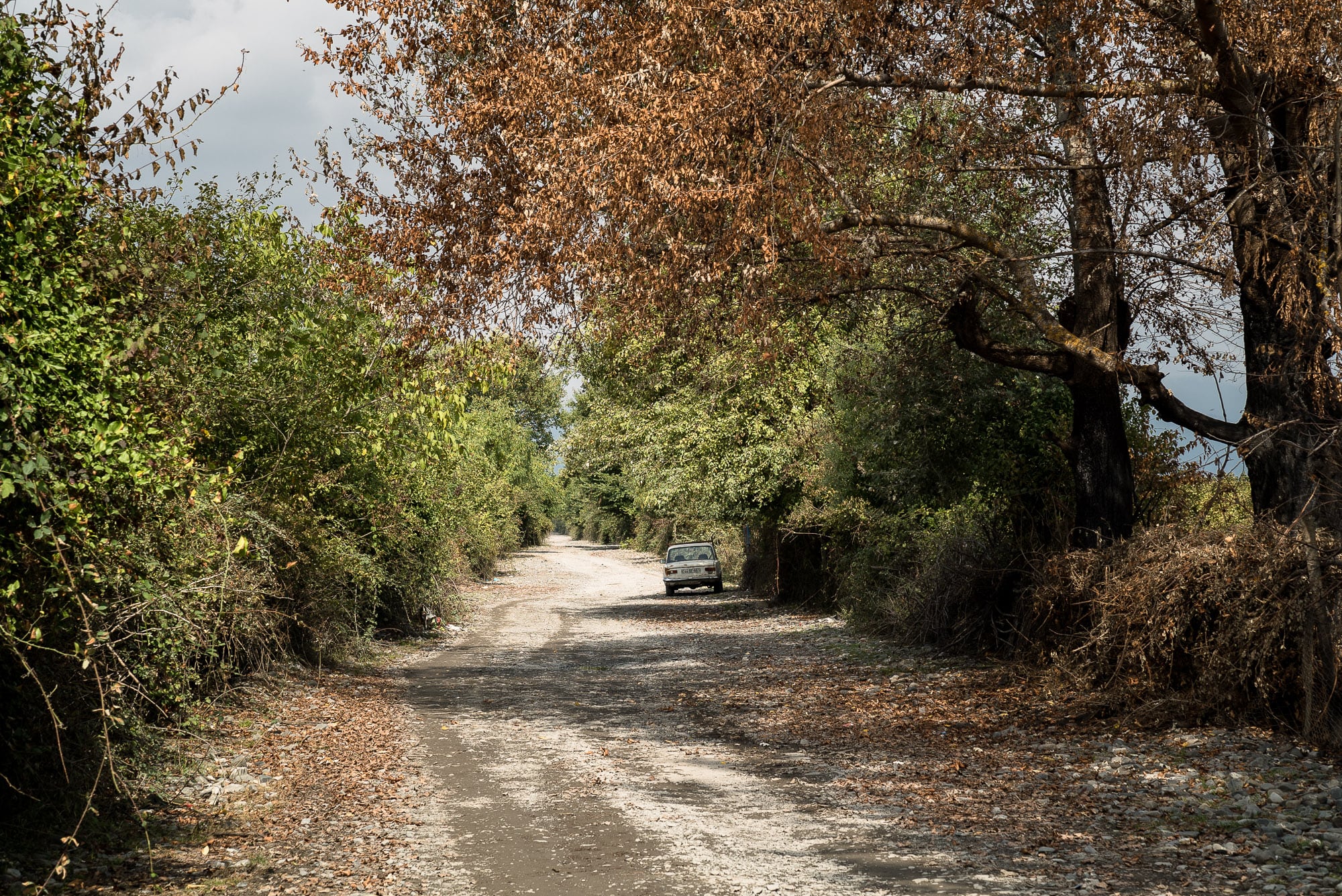 Once I had reached the highway I stocked up on bread, tomatoes, and water at this little shop: 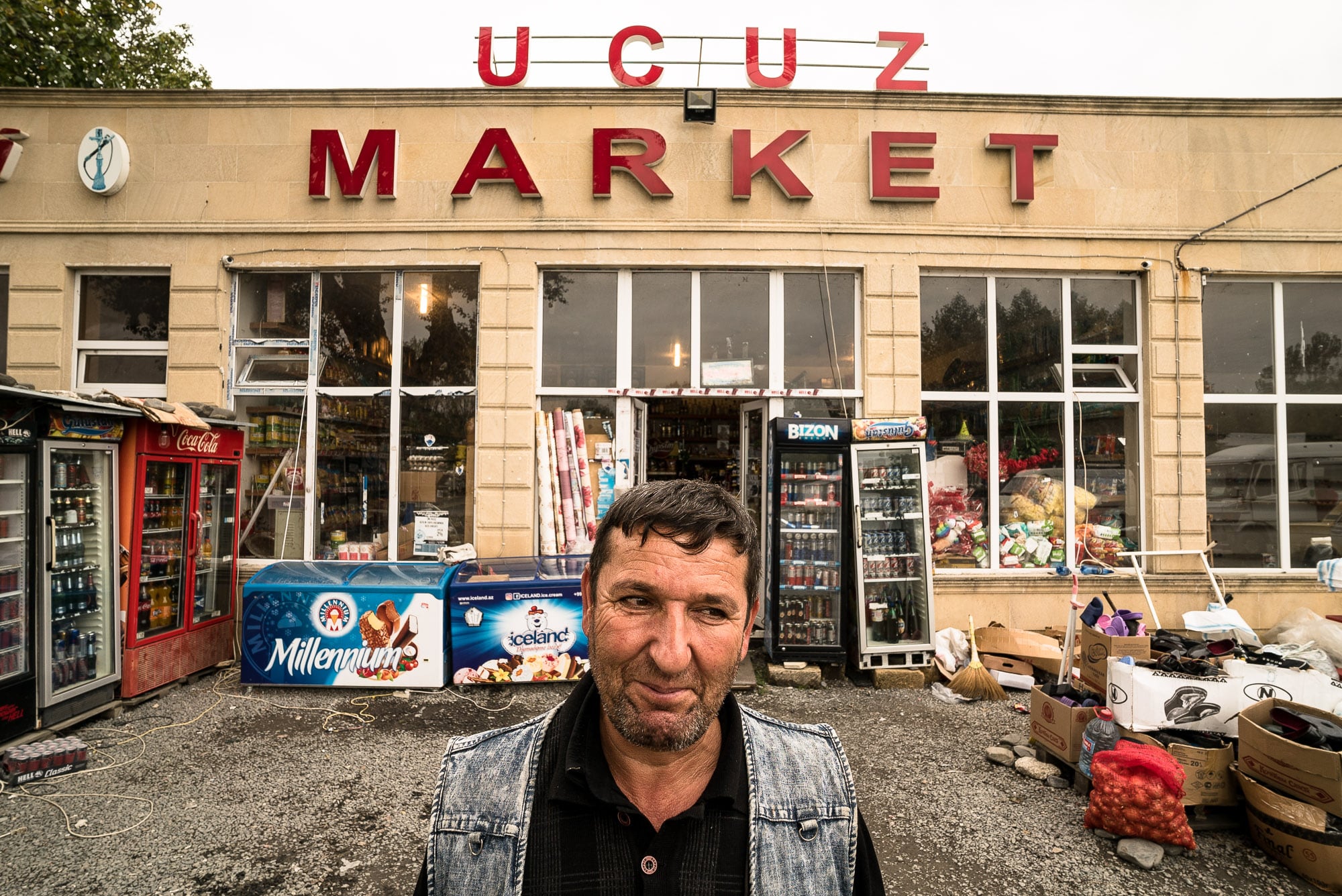 They asked me where I was going: 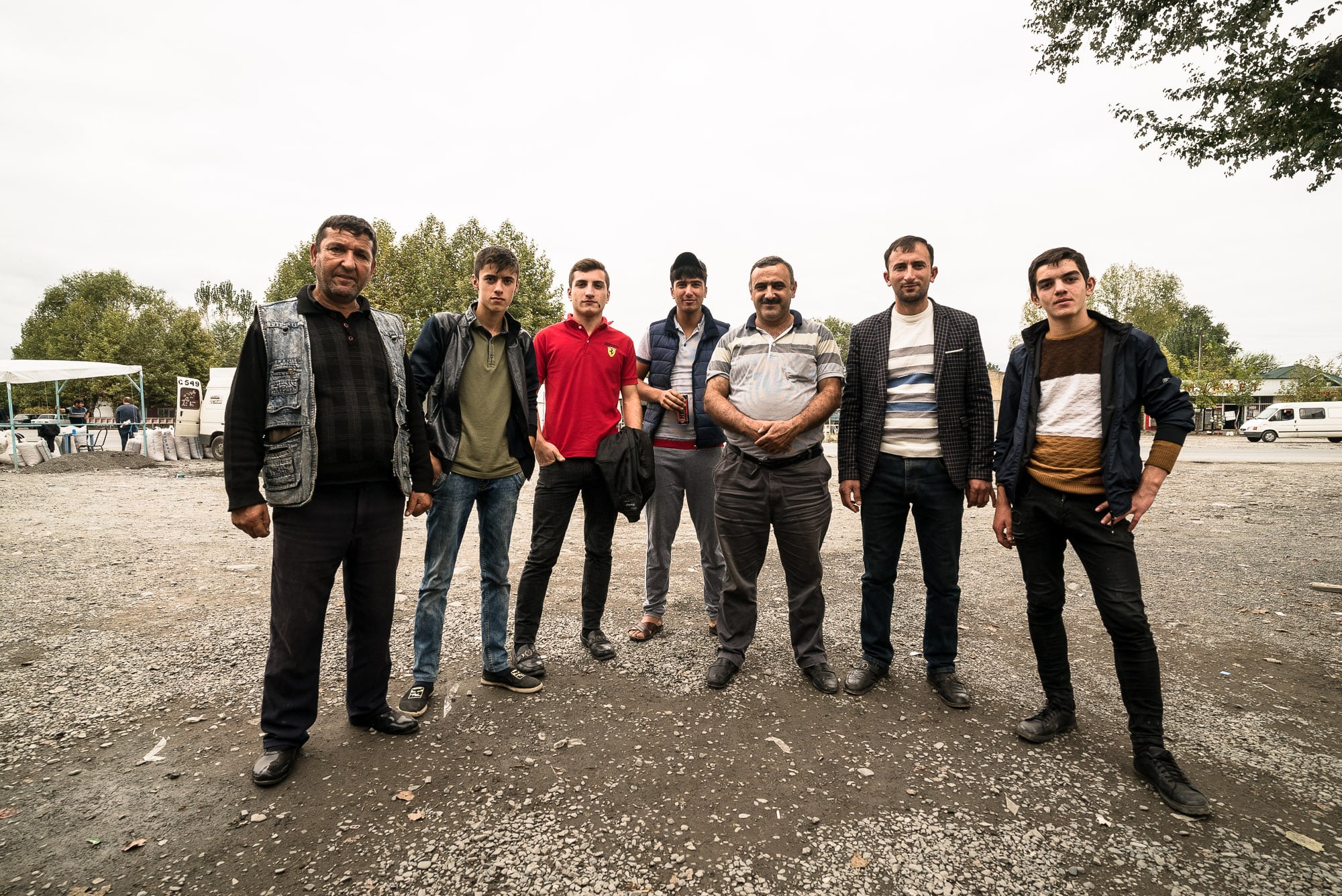 I told them that I was on my way to church.

So I turned back south again, on a village road that led past decorated agricultural machines: 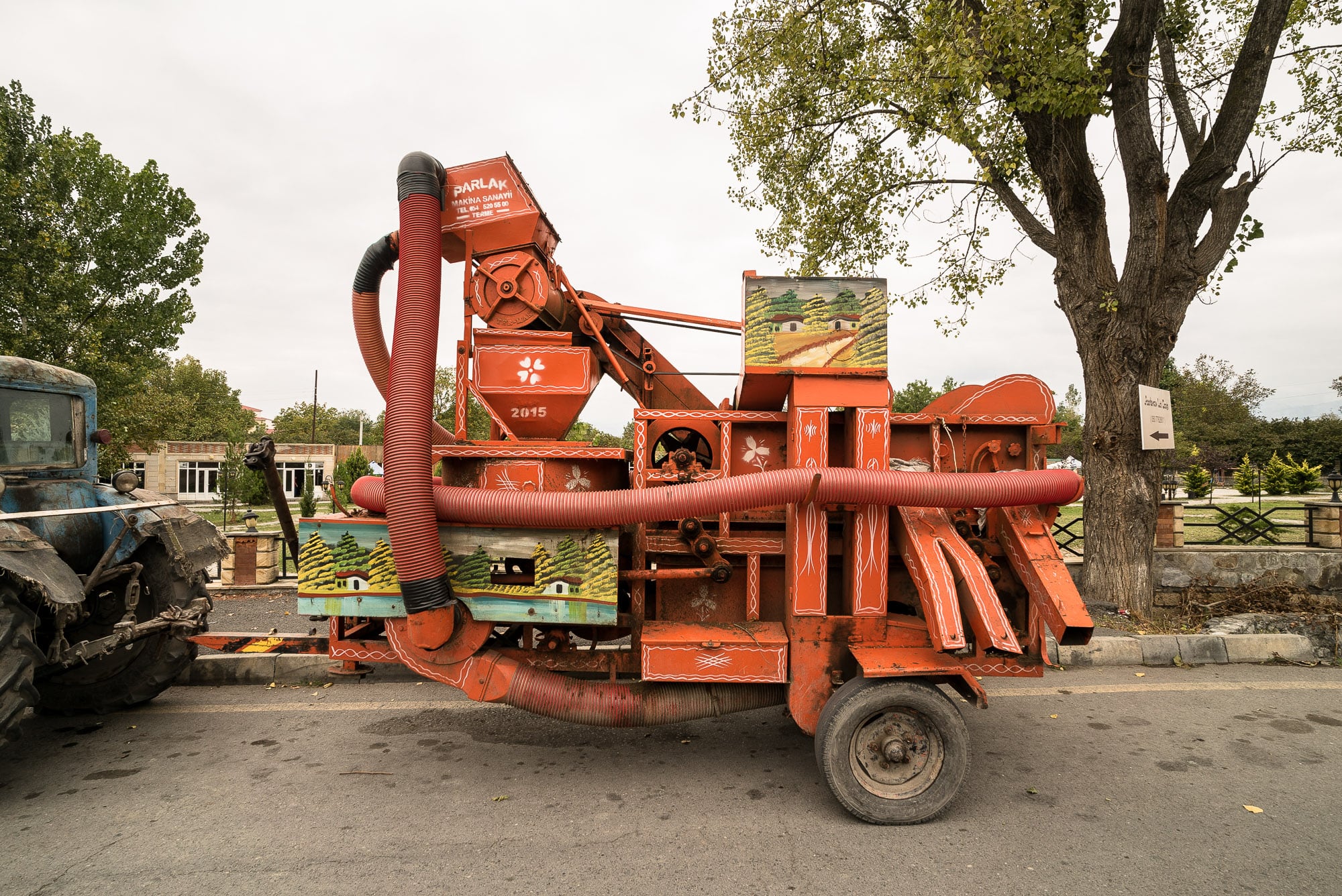 And buildings that looked too big for their surroundings: 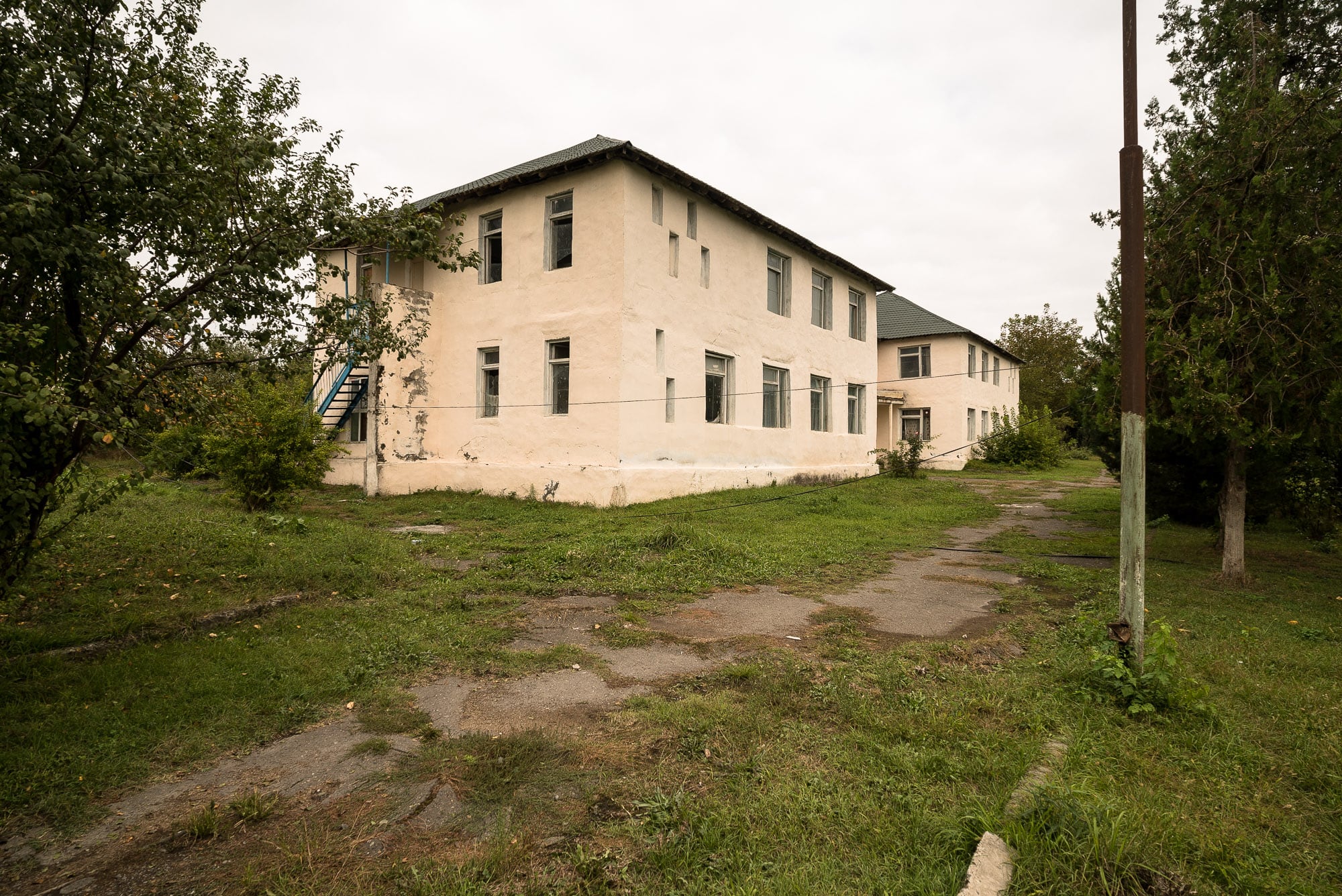 Then I found the church I had been looking for: 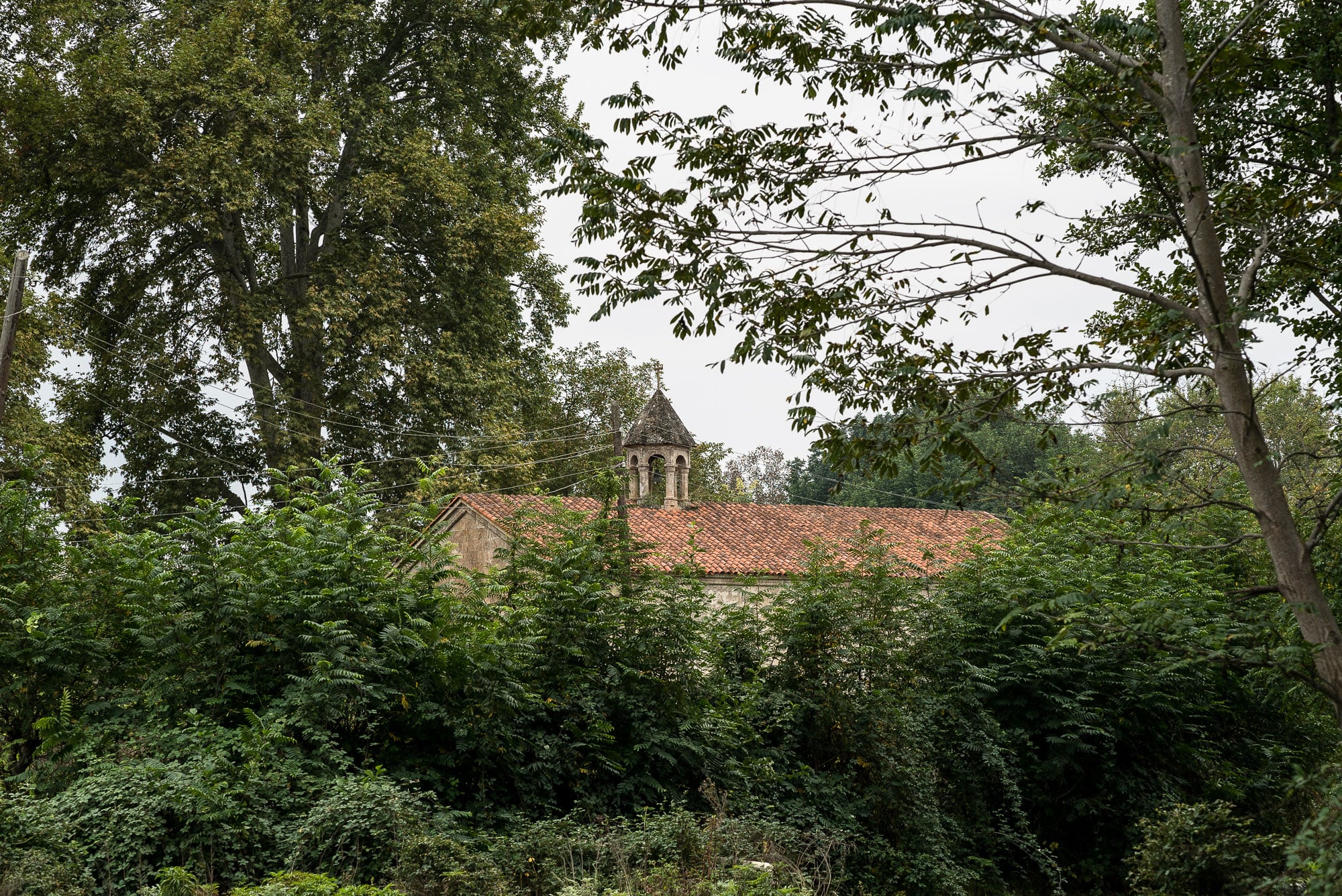 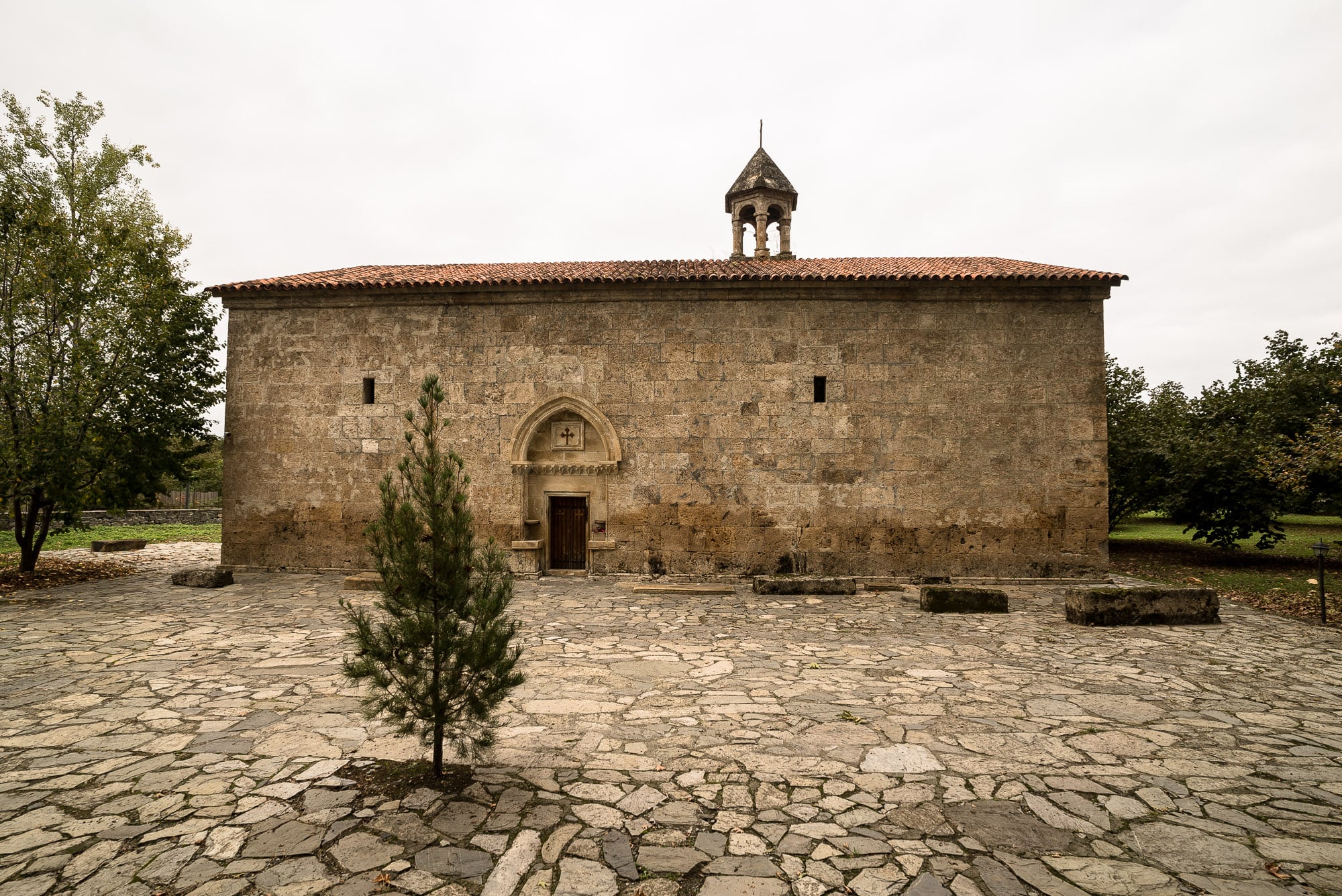 Historically, the Turkic people whom we call Azerbaijanis or Azeris were relatively new. Before their arrival, this part of mountainous Azerbaijan had been called Albania (not to be confused with the Balkan state, with which it had nothing to do), and it had been Christian.

Today, there was almost nothing left of this Caucasian Albania, save for a small village called Nij, which was populated by a people called the Udi. They were Christians, and so they had their own Christian church: 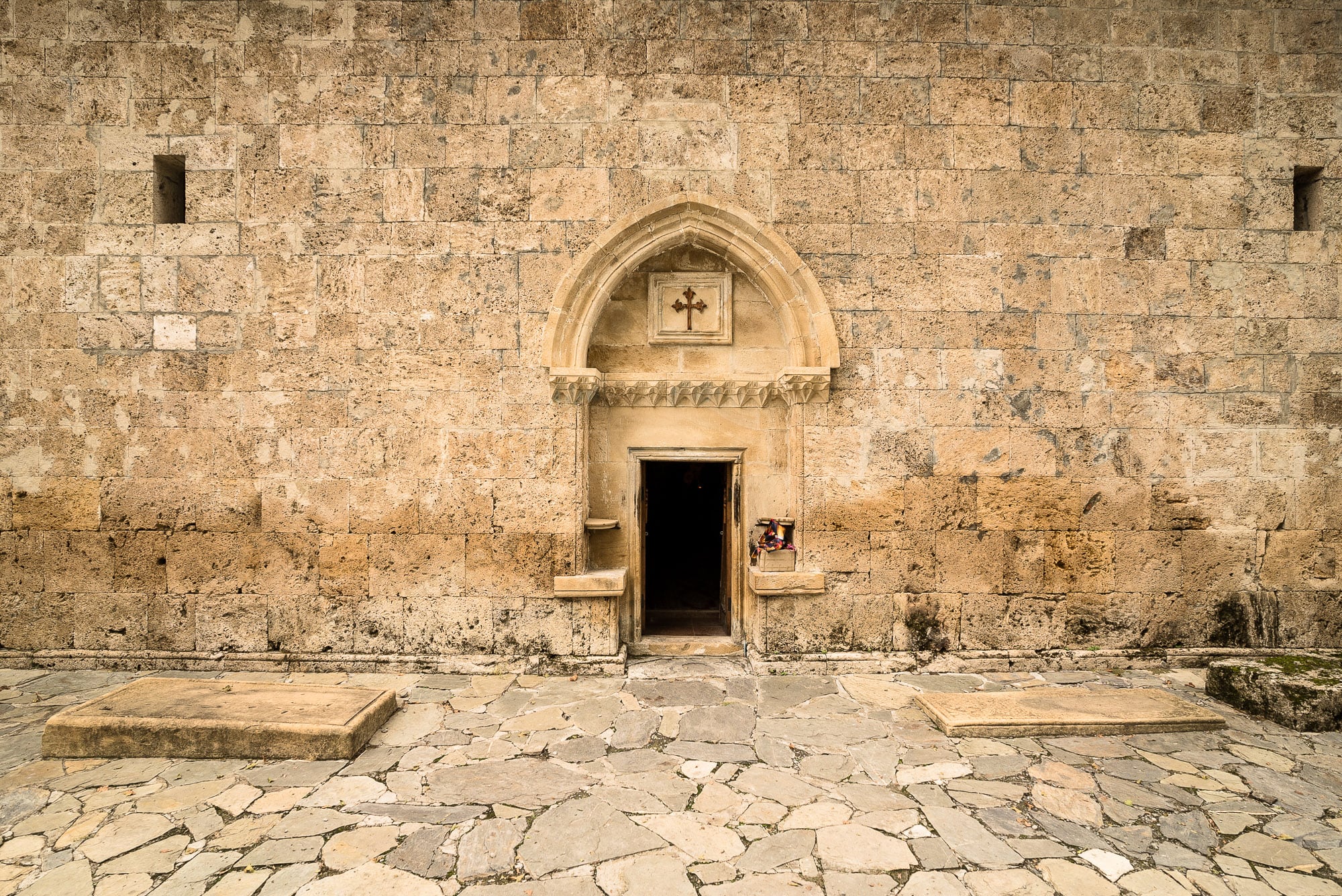 It was of course an Orthodox church, which meant that women were expected to cover their hair before entering: 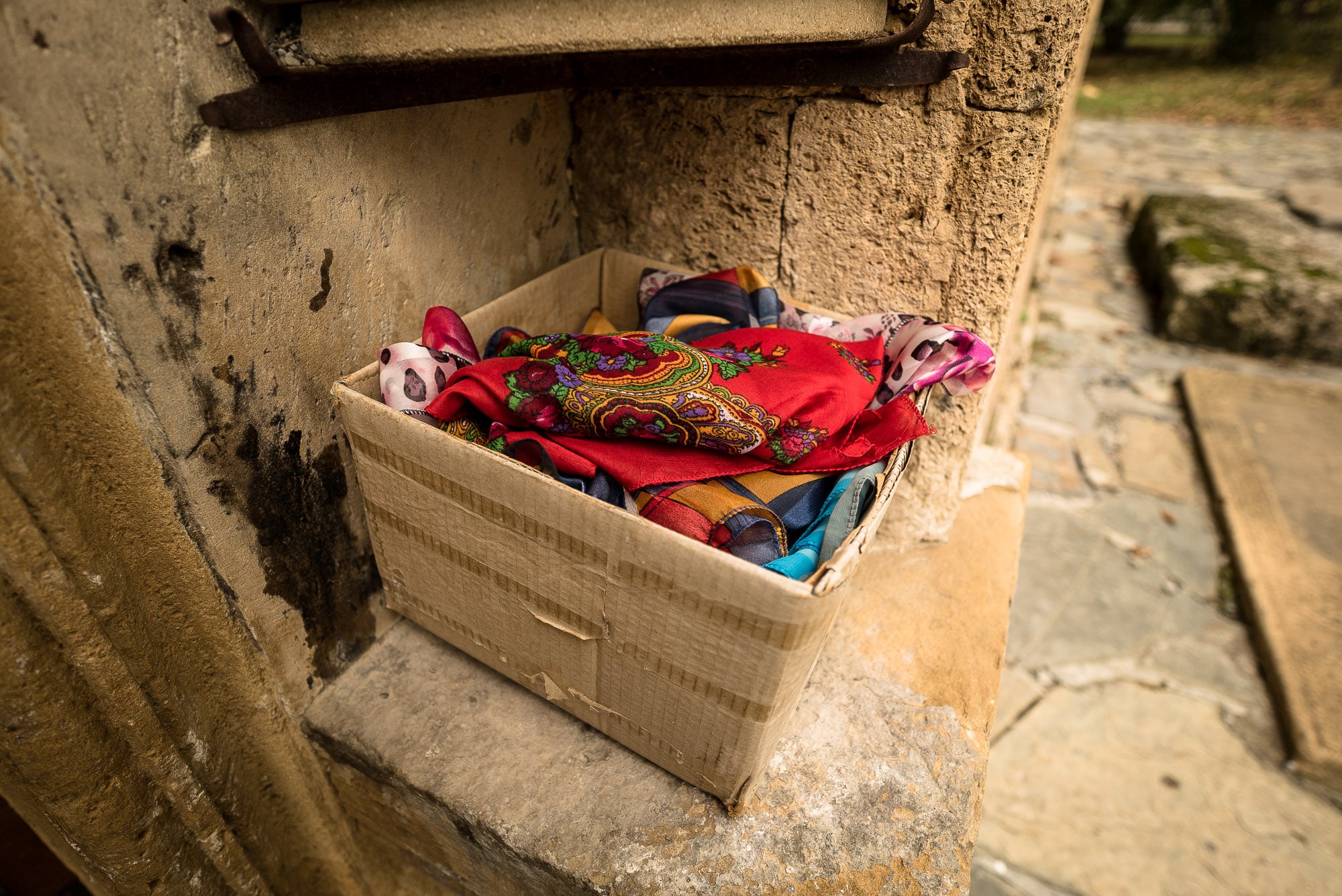 It also meant lots and lots of icons: 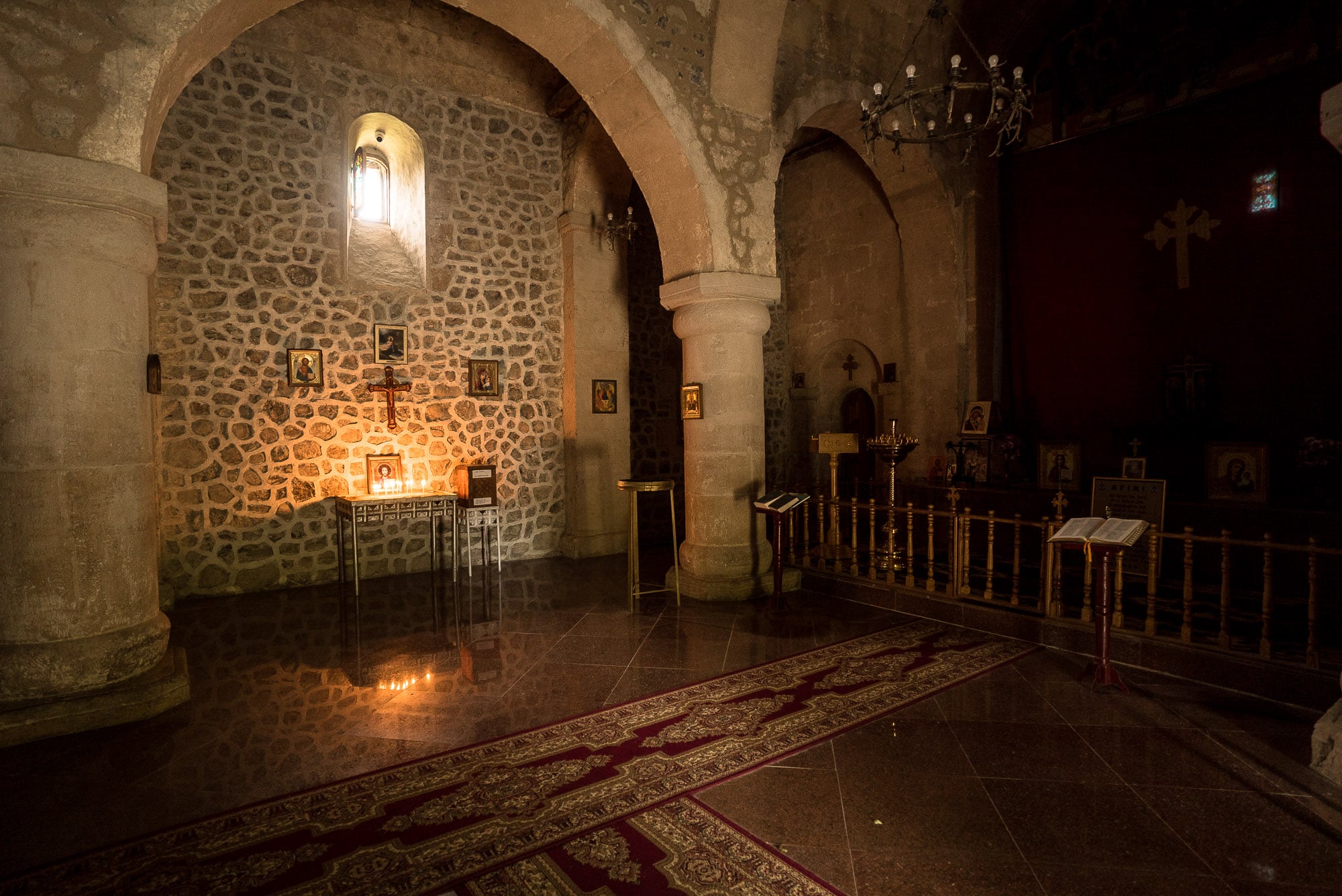 And possibly even more pictures of Jesus than you would find in a Catholic church: 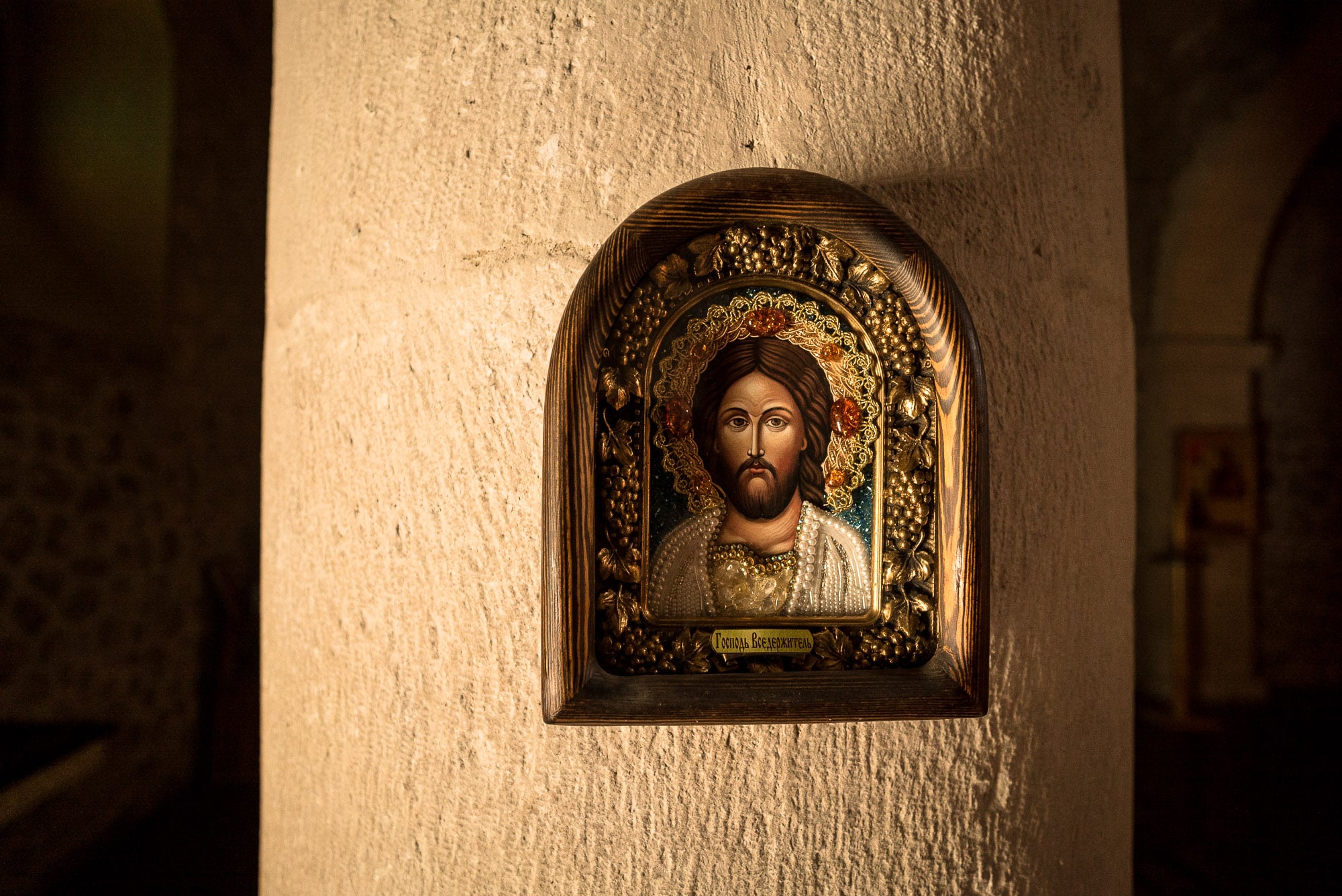 There was a place where one could light candles: 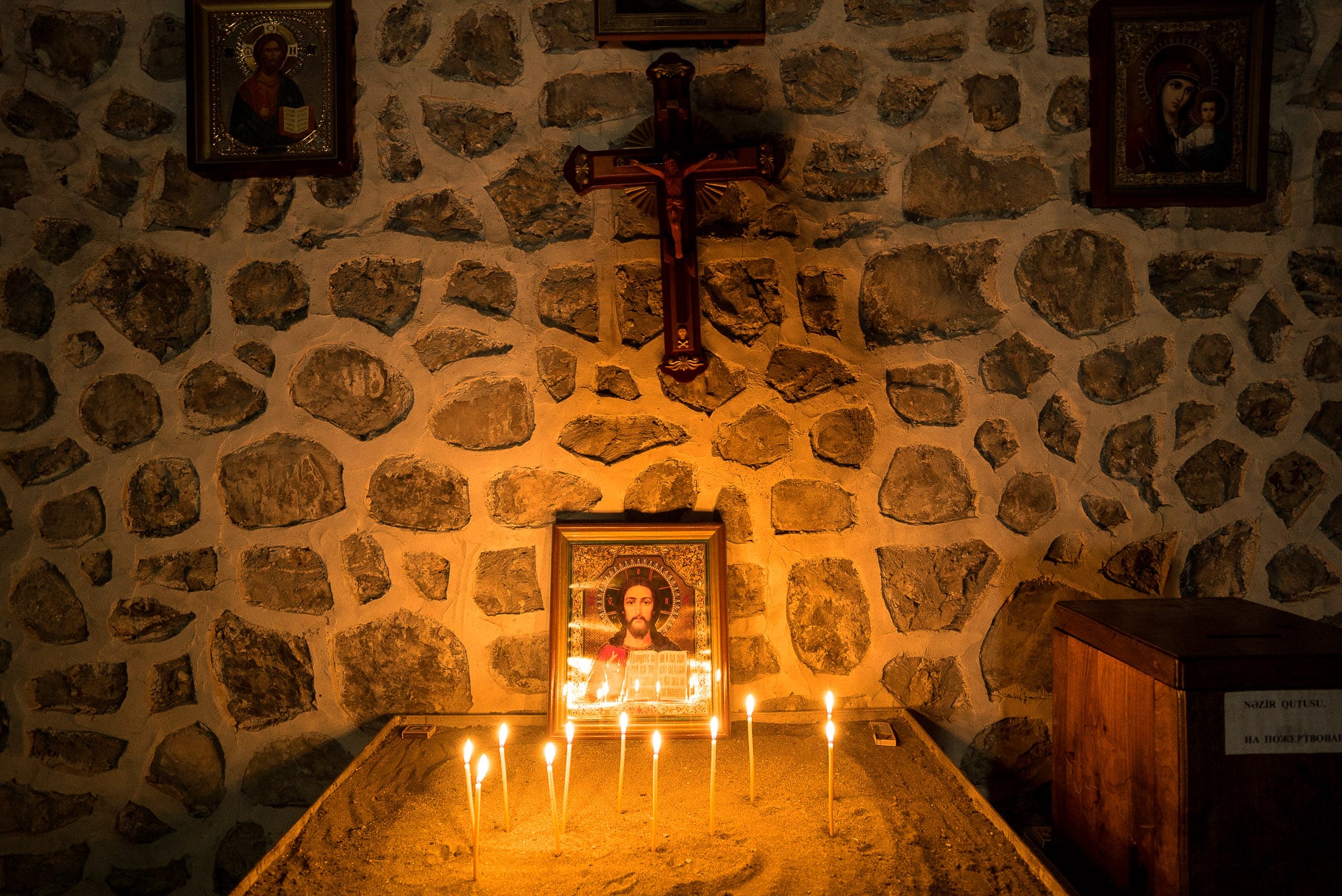 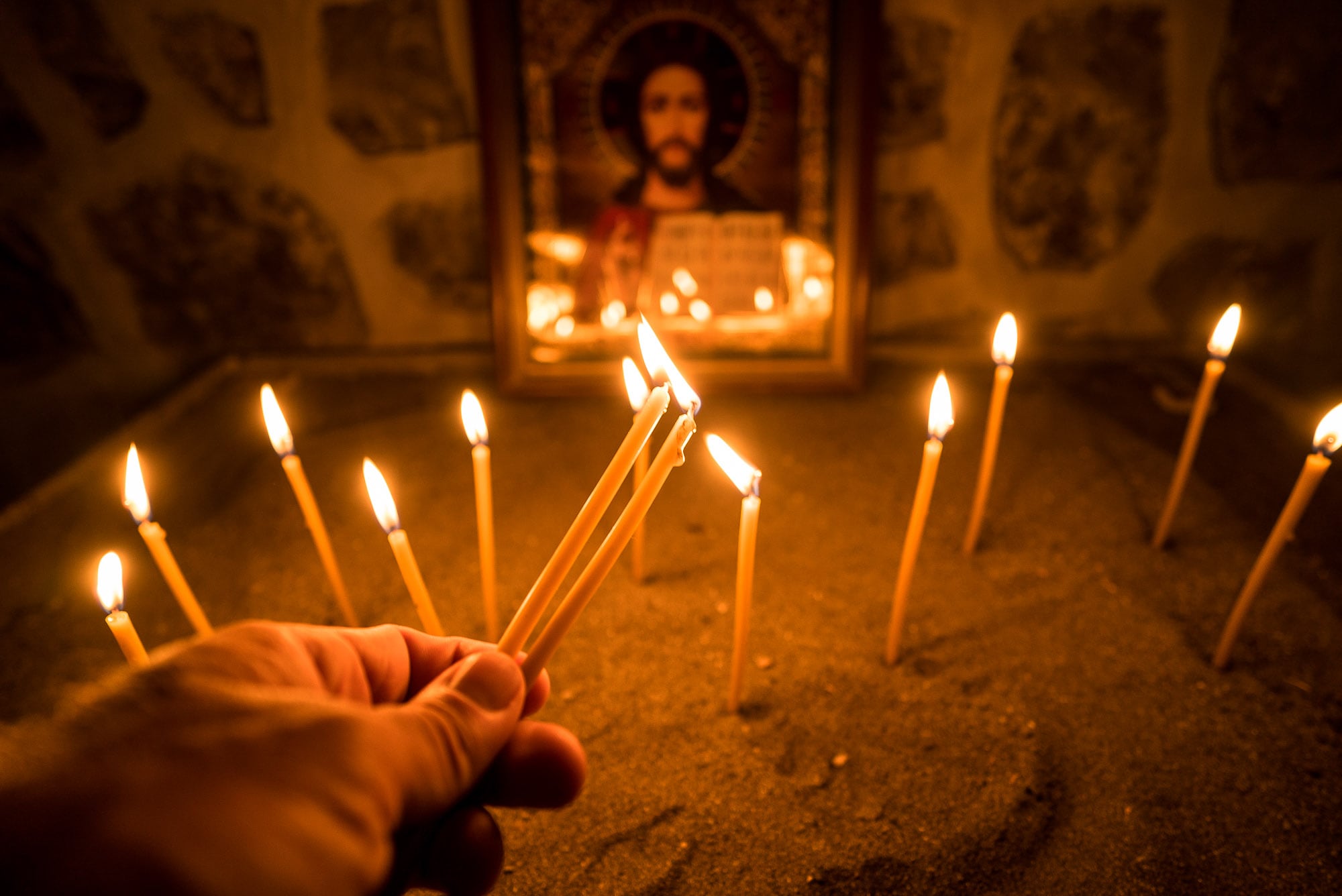 And as I was leaving I noticed two things. Firstly, the bible the Udi used was in Russian: 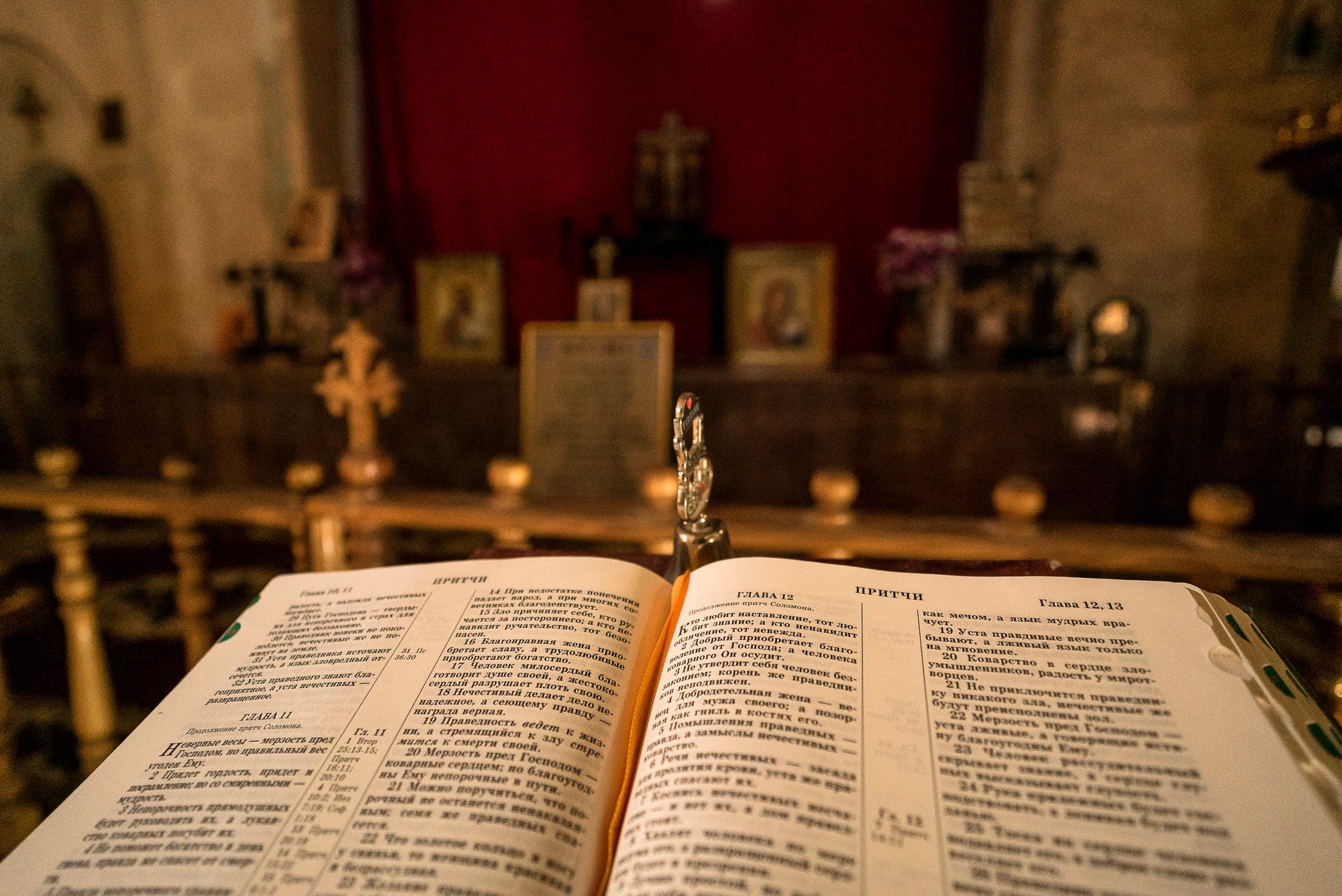 And secondly, they had a picture of Jesus that looked like an angry Rastafari: 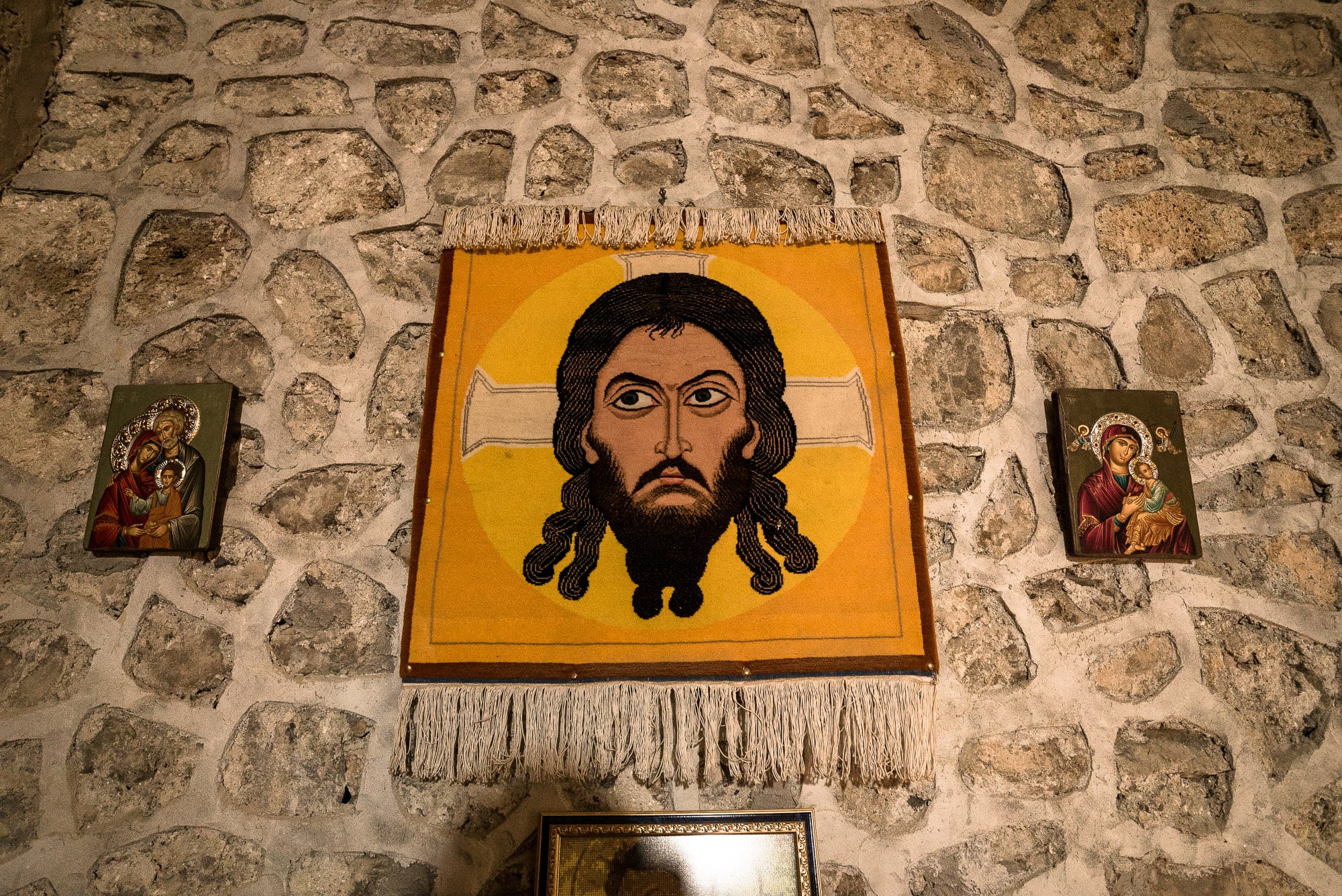 I liked it a lot.

It was on my way out of the village of Nij that I found out that it was located in a swamp land – there was wetness everywhere: 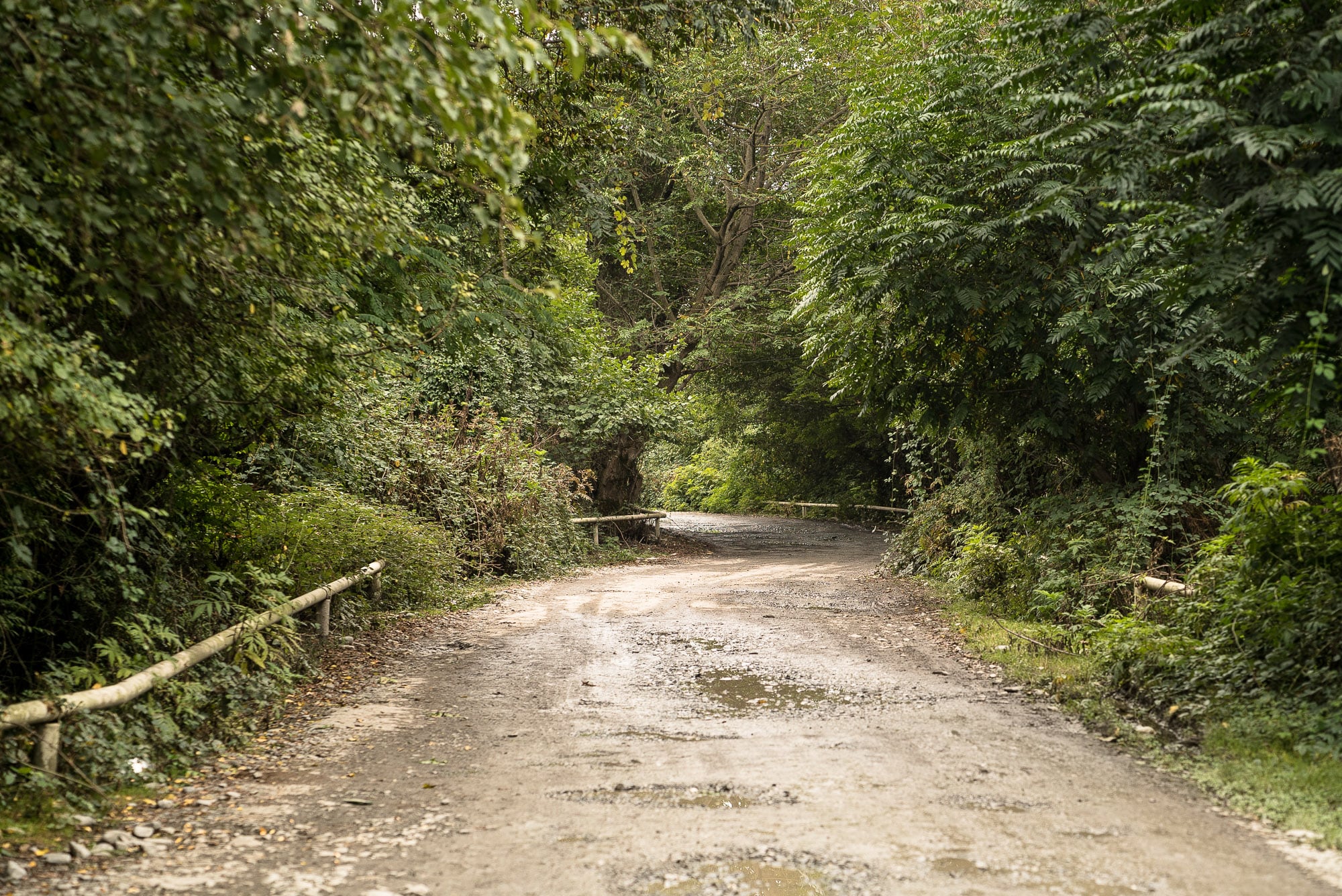 I ran into some cows: 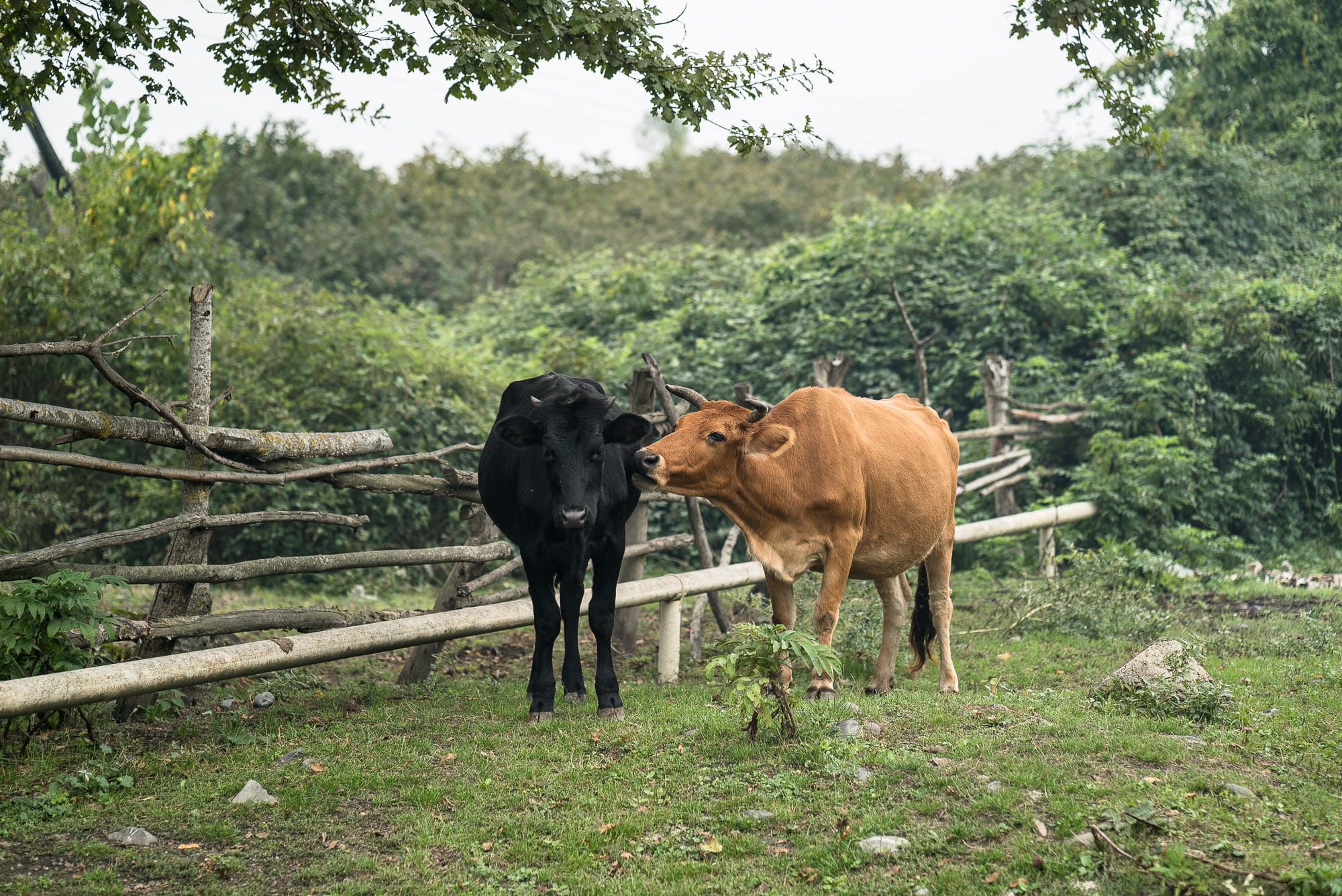 As a general rule, cows were always terrified of the Caboose and me. But not today. There was one cow that turned out to be insatiably greedy: 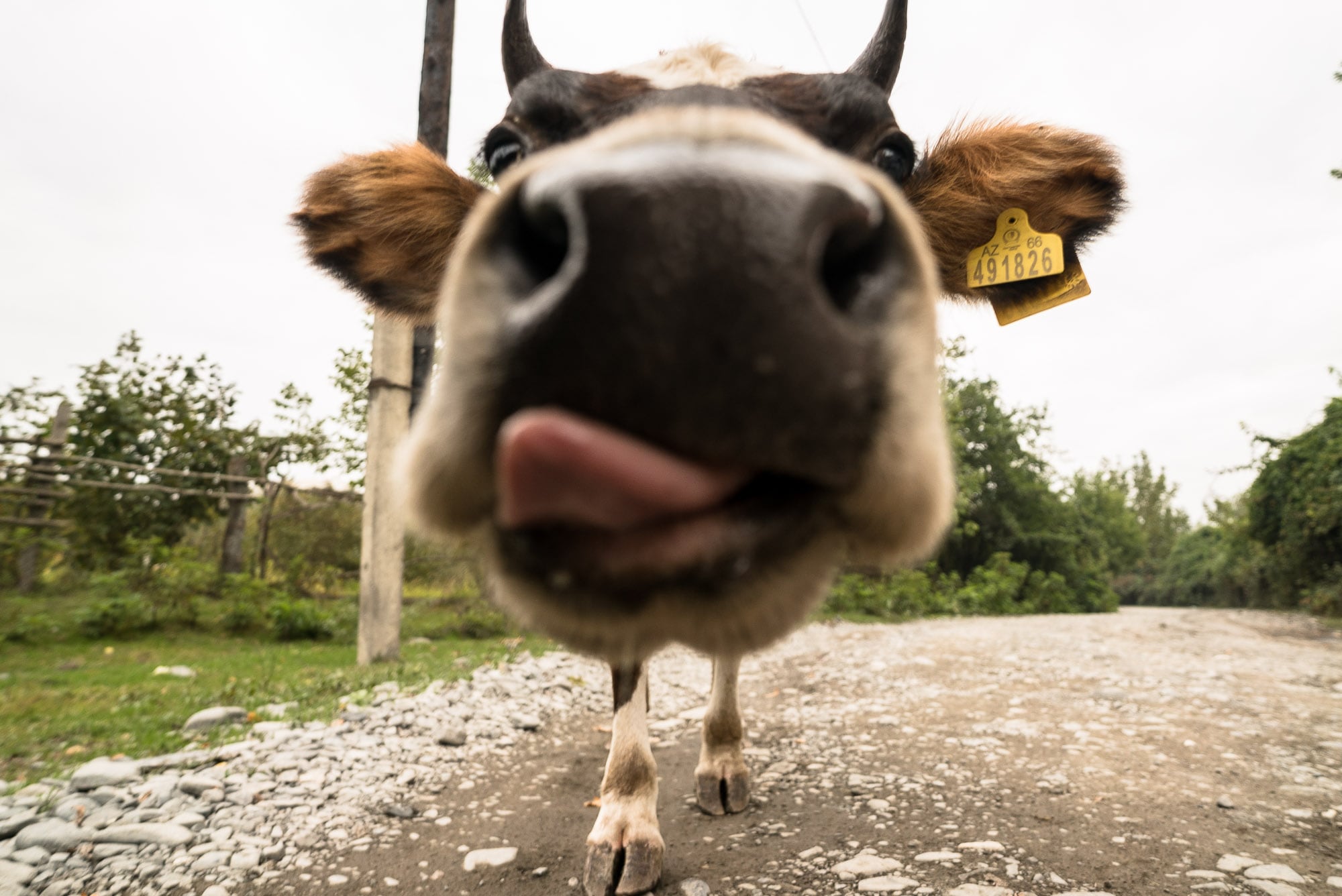 I declared her the best cow I had ever met.

Then I ran into this gentleman: 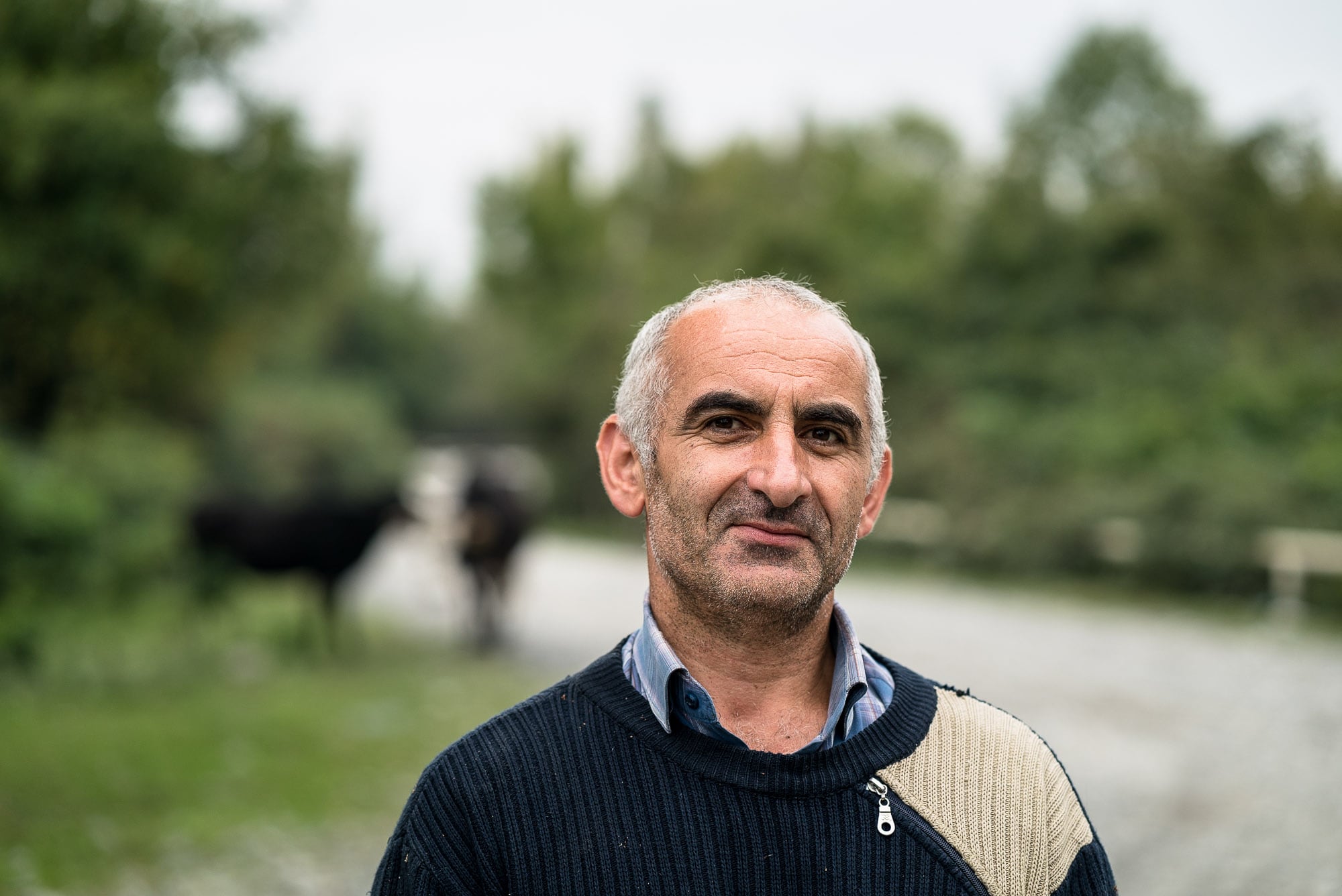 He was one of the Udi, and he told me that there weren’t that many of them left. Thousands had gone to Russia, he said, when clashed erupted between Armenia and Azerbaijan in the 1990s, and the Christian Udi were caught in the middle.

His name was Isaac. “Like Isaac Newton”, he said.

I walked through the wetness some more, unsure what to do and where to spend the night: 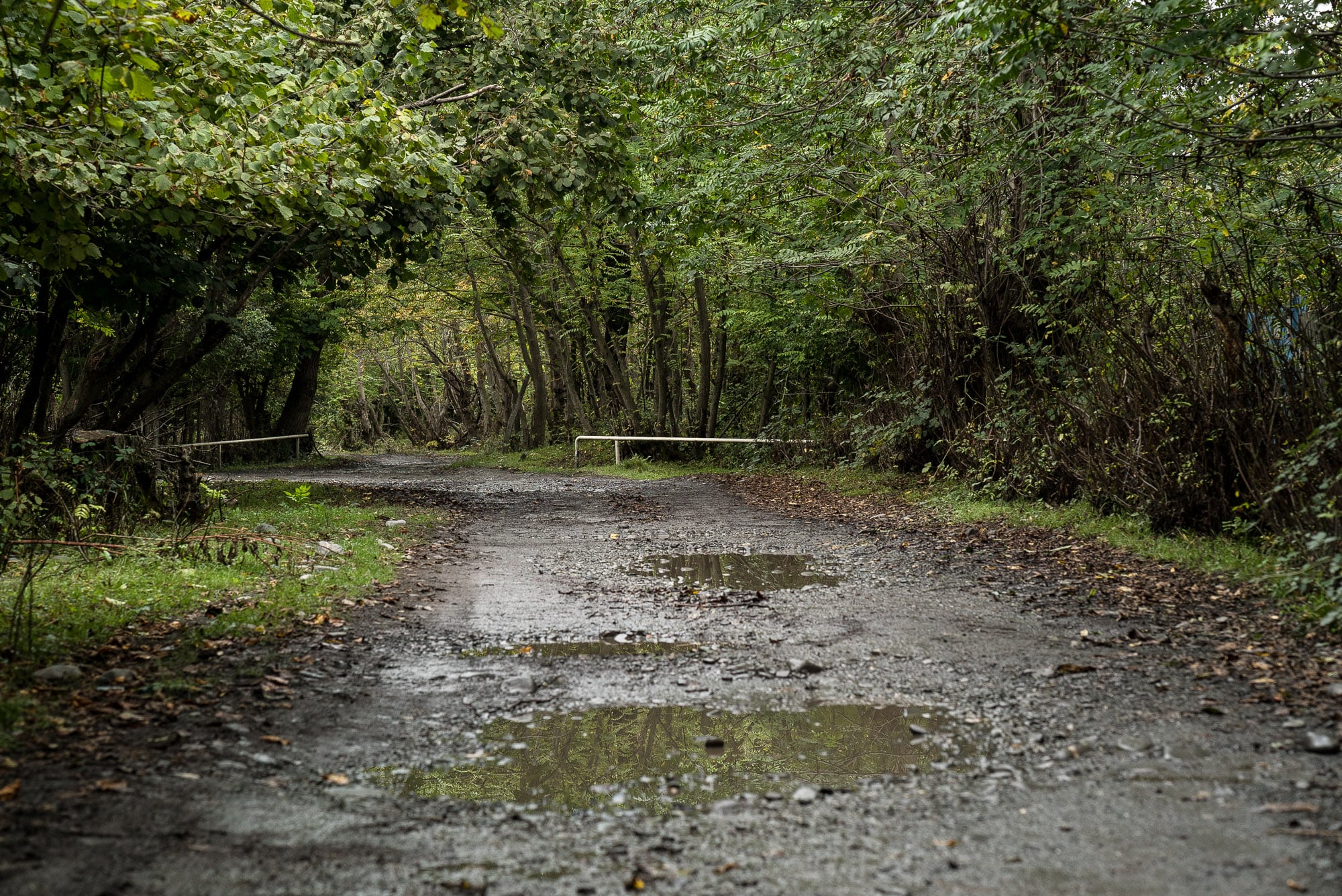 Then I set up my tent in a quiet spot between some plants: 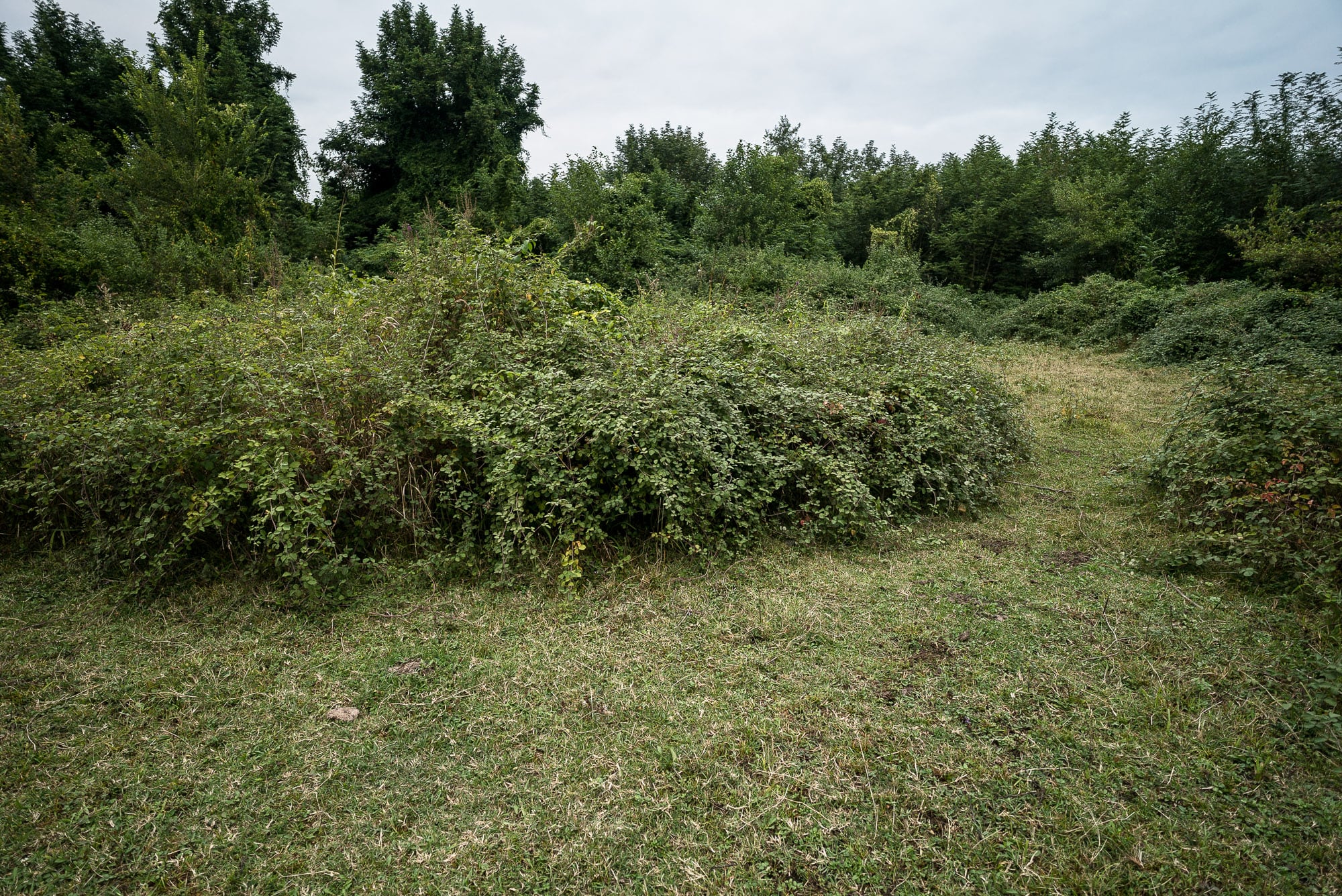 It turned into a very wet night: 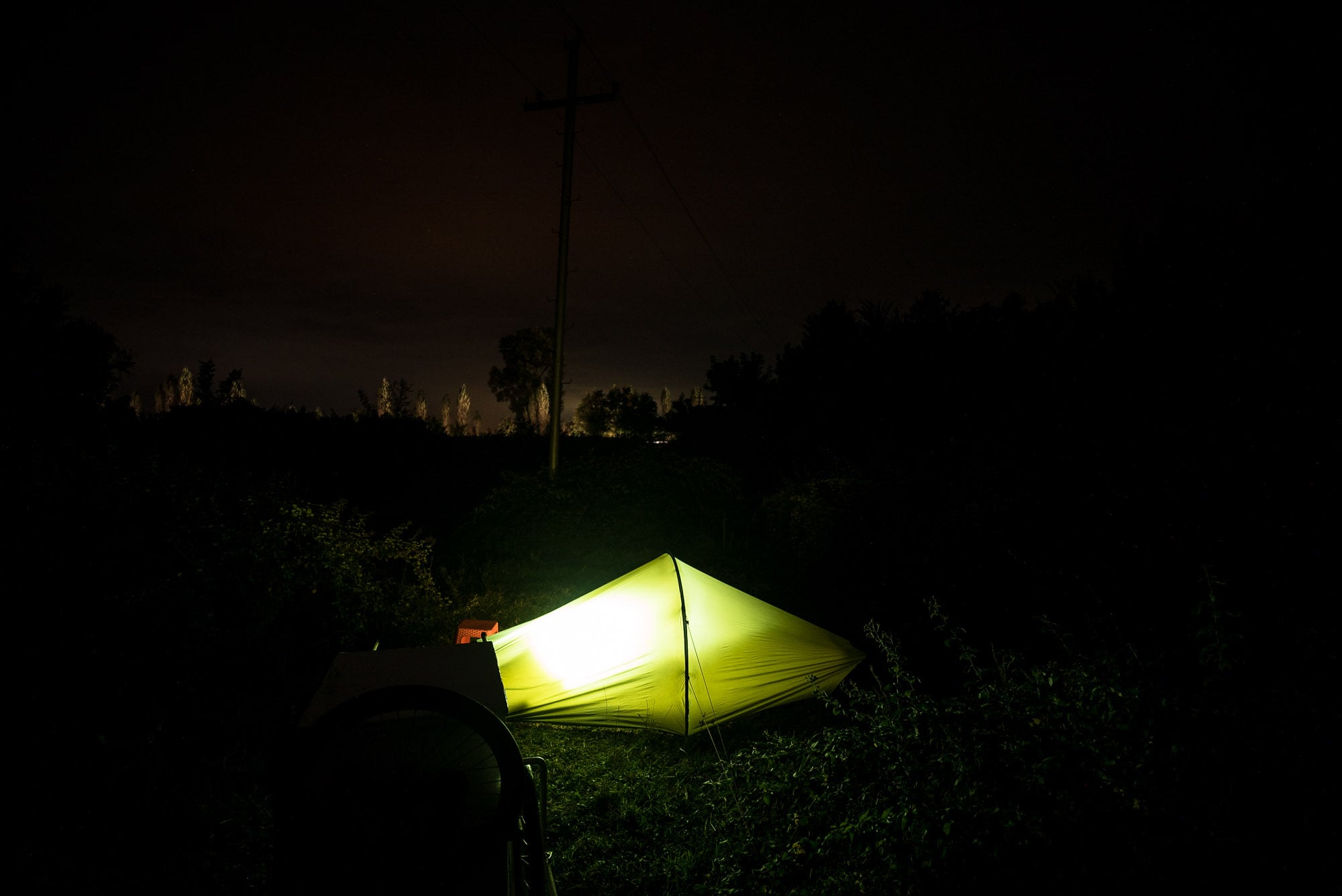 Day 1248
from old city ruins to between plants